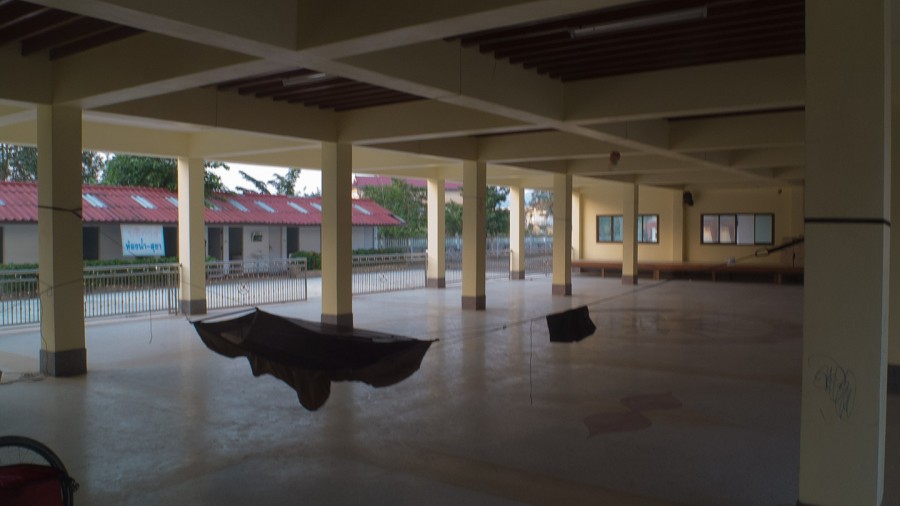 What happened today? This is going to be a difficult question because I did not take any picture a part this one, this morning. The road must have been a bit boring apparently. Like I said before, I’m very late on this blog and if I don’t take pictures, with everything else I’ve done until now, it makes very hard to remember everything. Anyway, I keep this post at least for the map below. Mainly that’s it :-) I keep going!

Ah yes! The only thing I can remember though is that today we changed our mobile operator. Very interesting right? Actually, maybe it is for some people. If you have the idea of coming in Thailand and take a prepaid SIMcard, don’t choose True Move. When we started travelling from the south of Thailand, it did work decently. But more we cycled towards the north and worse the connexion became. Today, we had to renew our data or buy a new SIMcard. I’ve personally the second option and chose “AIS” which owns lots of WiFi hotspots around the country. Stephane decided to go with “dtac” and he is very happy with it.

Something else I remember too :-) Today, we’ve decided to stop earlier than normally at a temple and take some more time to work on our blog. I feel I’m talking only about that these days. This might be true actually. We met a woman there and very kindly she showed us where we could sleep. She did not speak a word of english but we managed to understand. She came back later to clean the place where we were going to sleep that night.
Later on, she invited us to eat. She pointed her finger towards another building about 200 metres away. We made sure we understood the right thing. “Okay, okay, we are coming”. We followed her until we reached that place where some more people were preparing some food. They all invited us with a big smile. After we served ourselves some rice, spicy soup, veggies and other fried fish we sat on the table that one of the woman indicated us. They served us some fresh water and brought even more bowls full of veggies and fried fish. We had far more food than we needed.
We met only one young mum who could speak some english. We could explained what we were doing, from where we have been cycling and where we are heading. She translated that to the others that was followed by some “Oooh” and “Aaah” and “very good!” Then, she had something else to do and left the place so the communication with the rest of the community relied on smiling only.
We finished our dinner with an instant coffee, washed our plates, thanked everyone and came back to our campsite. This is how we understood that if we arrive earlier in a temple, the food is offered apparently :-) It might be useful sometimes.