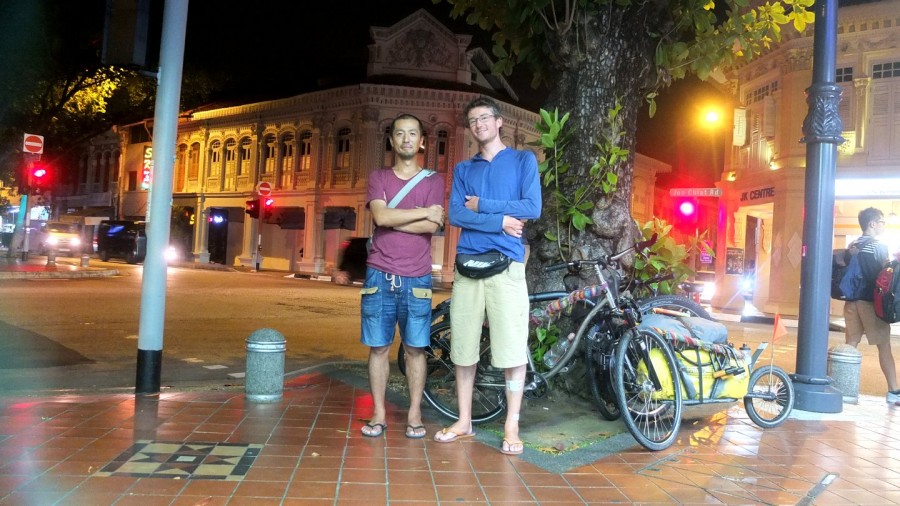 The last two night in the Betelbox backpacker were good. Many people in the dorm room but everyone was really quiet. The internet was very fast so I could make all the research I wanted to. Today for lunch I met Dave a nice guy with who I spent few hours this afternoon. I discovered another “chinese food court” where I had my lunch. Later on, Dave came around, offered me another meal, then brung me around town and even until his apartment to have some more food. I was so full and he kept offering me biscuits and drinks. During this afternoon, 3 persons told me that I could camp on the beach so late this afternoon I had a look and was quite surprise. So many tents there! I spent the evening with Tomo as he is flying tomorrow to Bangkok and then came back on the beach for the night! Things are organising themselves :-) 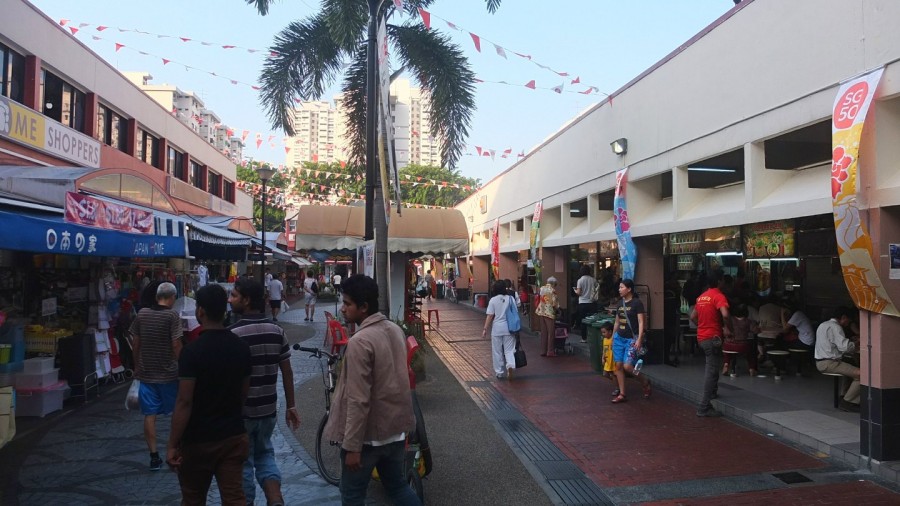 It’s 11:30am now and it’s time to find something to eat. Like the other place I’ve found few days ago, there is a lot of stuff to eat here. 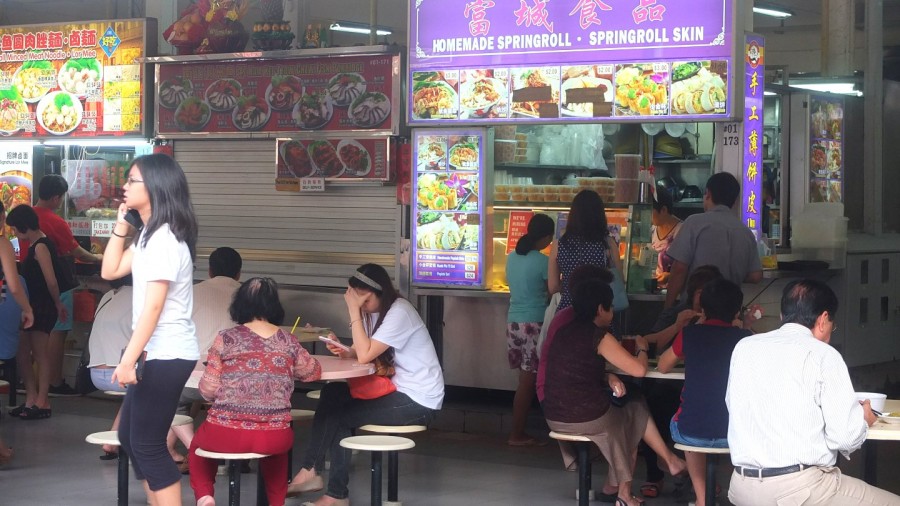 Every “shop” is like 9m2 and proposed from one to 10 different meal. Then each one as a favourite style. It’s really good :-)

During I was eating, I first met two women who live here. The tables are for everyone so it’s easy to meet some locals here. We had a chat during lunch and one of them bought me a speciality from Singapore, the curry puff. Very nice, thanks! Then, the women left during I was still eating (I’m slow) and another guy came by. His name is Dave and he lives around too. He is very talkative and straight away he asked me (then almost forced me) to eat something else :-) Well, I can eat :-) After he knew I did not have anything plan for the day, I followed him around and in a big shopping mall where I was an hour ago. In fact, I decided to buy a 15$ prepaid SIM card which worth 18$. I can load 1GB for 7$ and use it for one week. That’s perfect because I want to stay 2 weeks. And I have 4$ left to send some messages or call as needed.
So we visit the shopping mall and especially the supermarket. Dave wanted to show me where I could get very low prices and wanted absolutely to buy something for me. Then we came to his place (he lives around). We had a drink, then some biscuits. I could not eat anymore! (this time). Then we talked and watch some TV. Then another tea :-) Maybe around 4 or 5pm he had something to do and I was on the street again.
I want to see how looks that famous beach where everyone can camp for free. 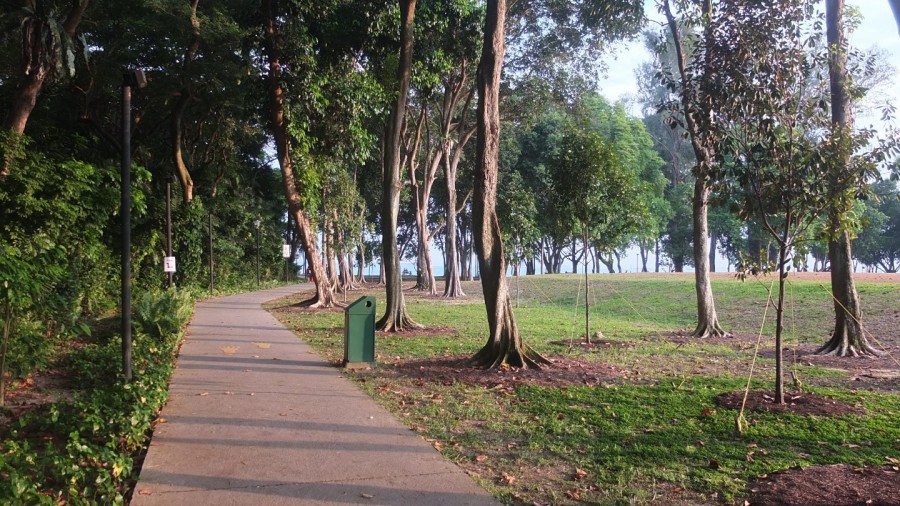 Firstly, I’m now entering in the East Coast Park, the one I’ve heard about many times now. 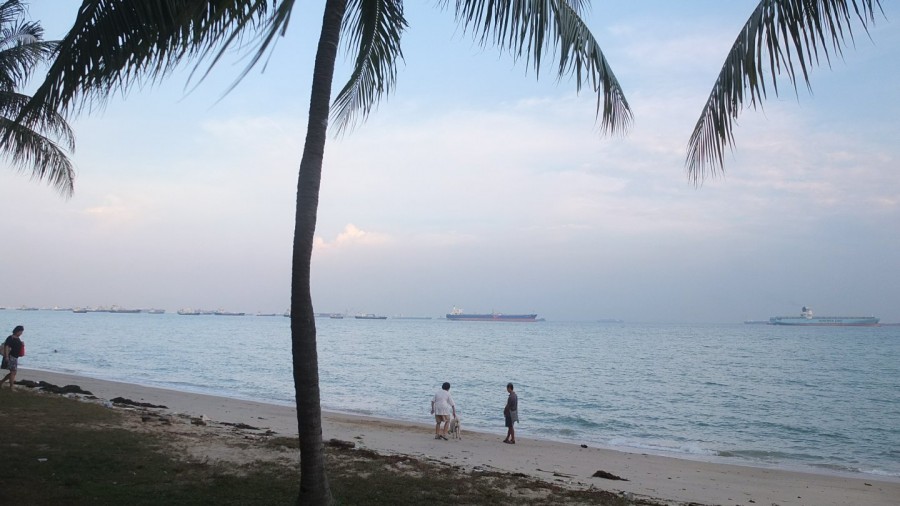 That’s nice! Actually I’ve been here last night with Tomo after we had dinner. I was very surprise to see all those static ship waiting there. And they are still here! Singapore is the second busiest port in the world after China so I understand why there is so many ship here. Crazy! 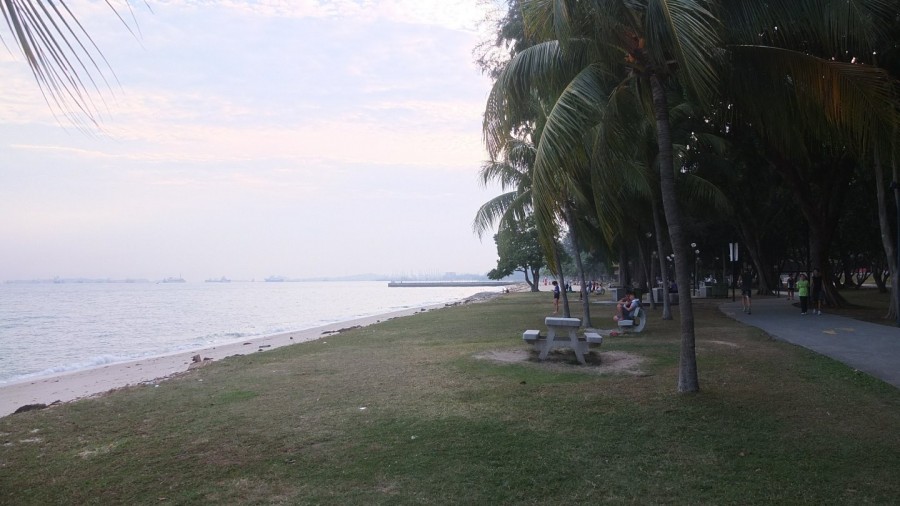 Until now, yes, there is a beach, yes, it’s good, but I cannot see any tents… Let’s continue cycling along a bit. 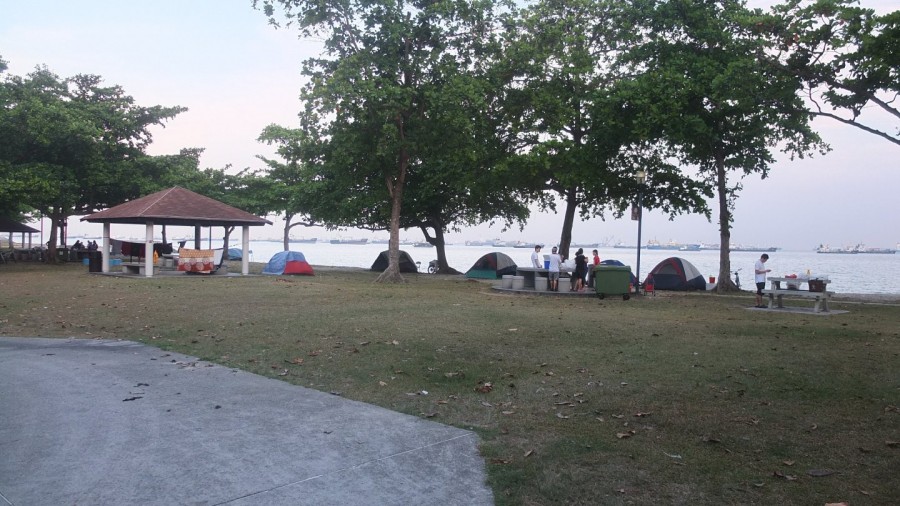 Aaah, here they are :-) This is good. That means I won’t have to pay to sleep anymore! 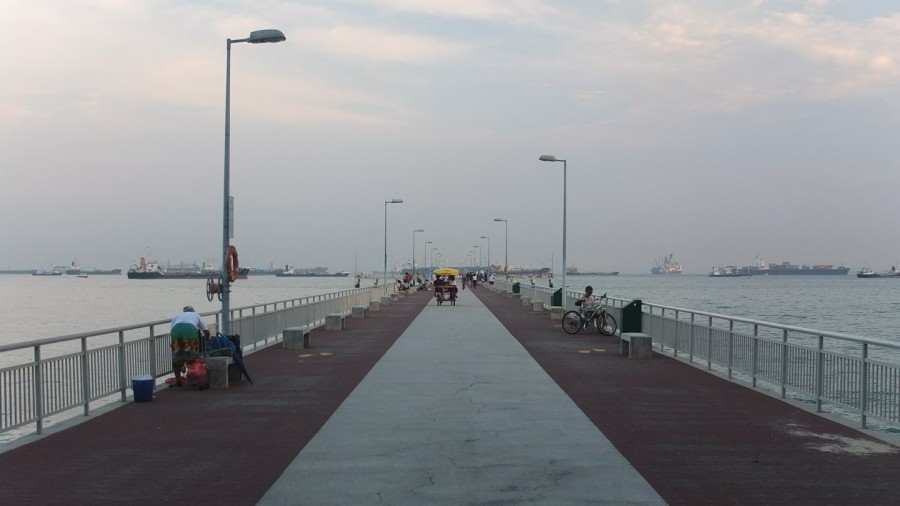 I still have some time so I’m cycling along the beach towards the Changi airport. Here a long pier where the first activity is obviously fishing!

Still the same view with the countless ship on the sea. 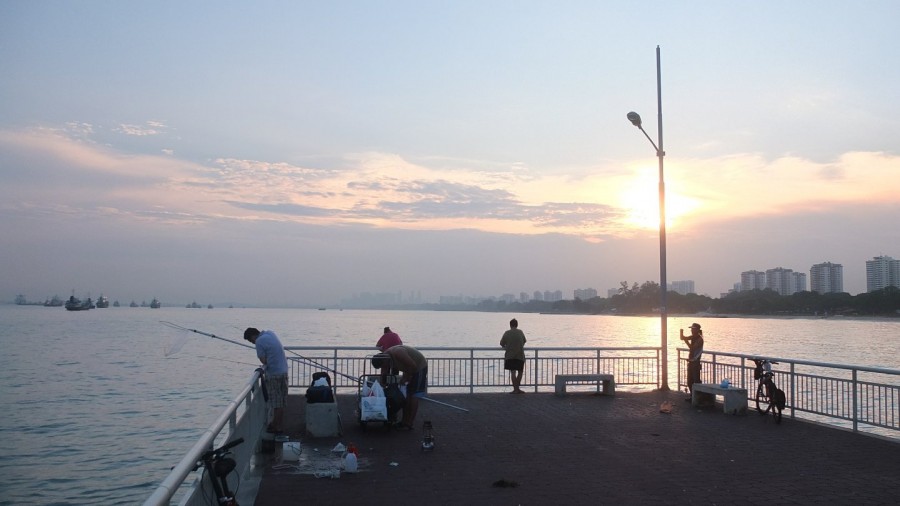 I was on my way back to my spot when I received an email from Tomohiro “Where are you!?” I was going to contact him :-) In fact this morning, he left earlier than me so I did not see him before I left. We organised to be at the same spot where we ate last night at 8pm. After that, Tomo came back to the backpacker and me to the beach. Next time I will see him will be in Japan! See ya man :-)