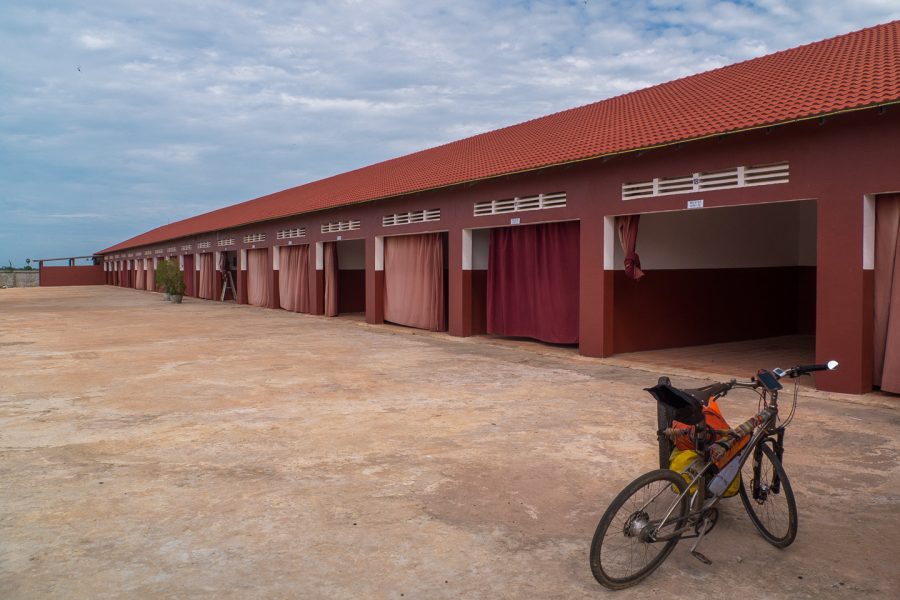 That’s the hotel where I slept for free last night. I’ve never imagined an hotel like this one. It’s particular. Well, never mind… This morning, I’ve done the few kilometres towards the center. On the way, I met the same guy again, the one who offer me a drink yesterday. He was cycling too, like training. We cycle together until the center and he gave me a quick introduction of the city, nice :-) After that, I waited in a park along the river until it was time to head to the guesthouse. That’s it! Short and easy day today :-) 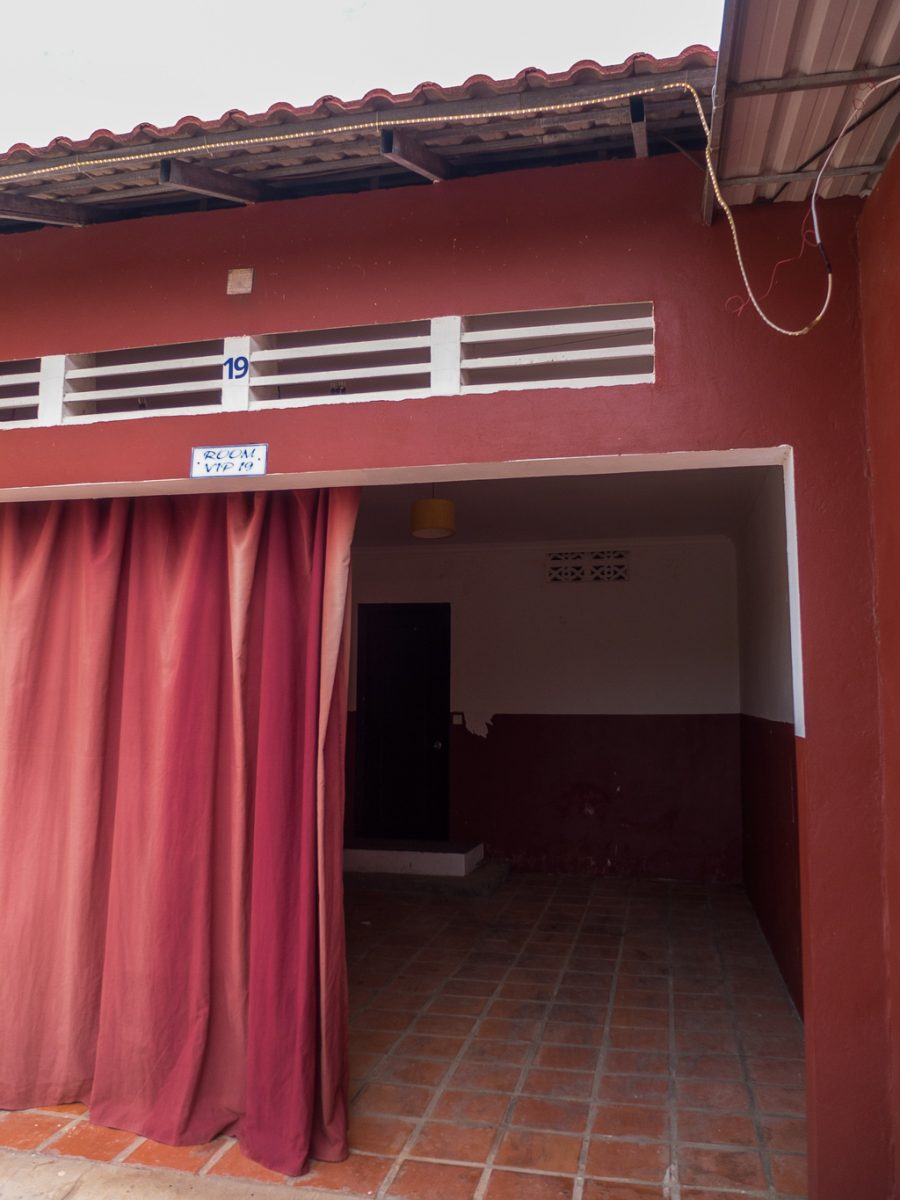 Actually I found out later on. This place is dedicated to lovers. They can come here to do “whatever” without people know. The curtains hide the car so nobody can recognise anyone. I don’t have any lover so that’s why, maybe, it was free for me :-) 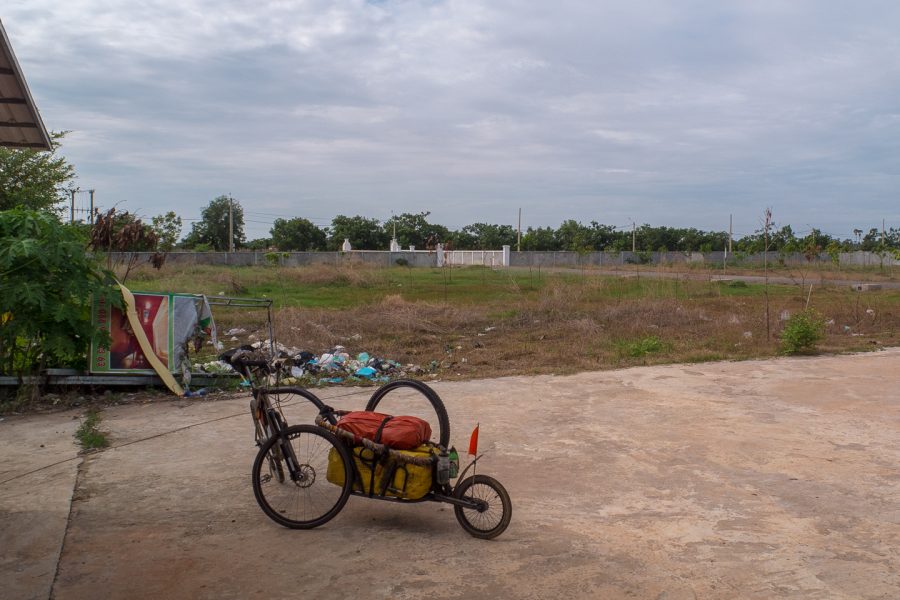 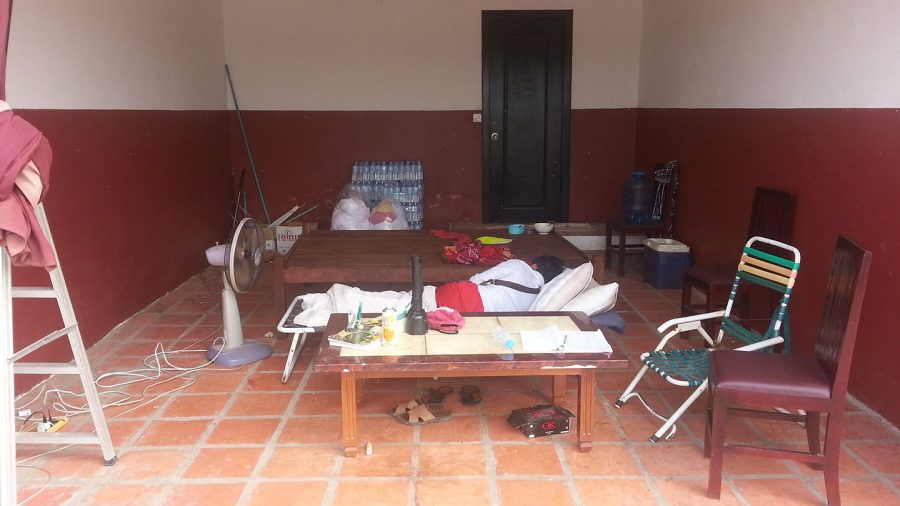 Yesterday night when I came here, the policeman told me I should put all my stuff in the room but the bicycle must stay in the garage. He said: “No problem, there is a guard”. Well… Before leaving this morning, I wanted to thank him but he his deeply sleeping… Thanks, bye, have a good day, well, night… 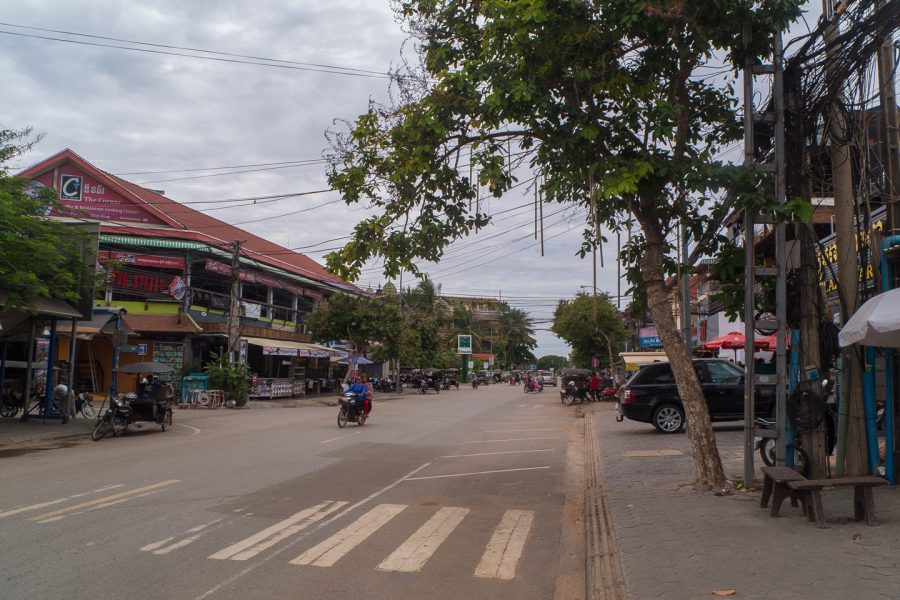 Finally arrived in Siem Reap! The city center was very close from where I slept last night. I cannot go to the guest house now so I will hang around for a little while. 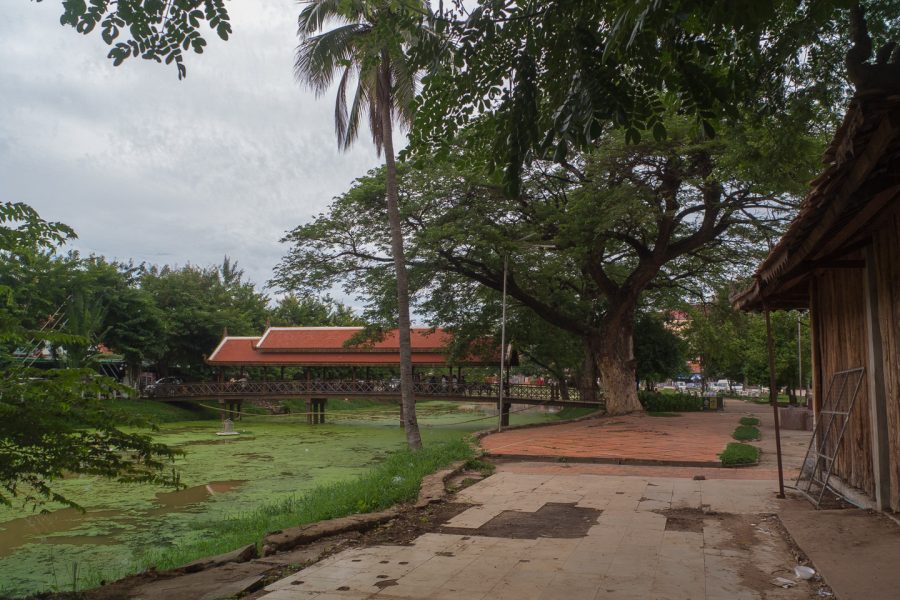 That’s the Siem Reap river. It doesn’t move fast enough so algea have time to grow. It doesn’t smell very nice here but being next to the traffic is not good either. 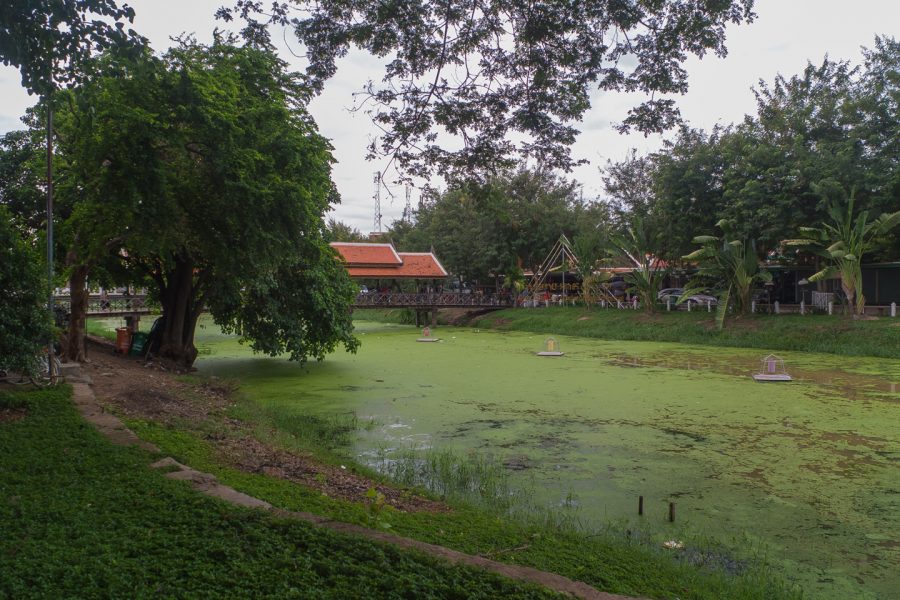 Well, I’ll sit here for a while, having some breakfast. 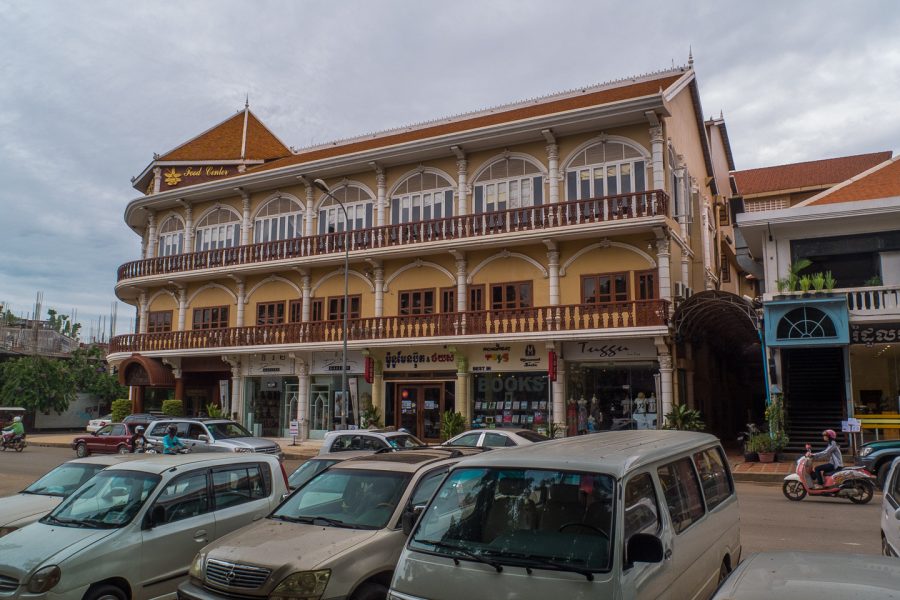 One picture of how looks the city.