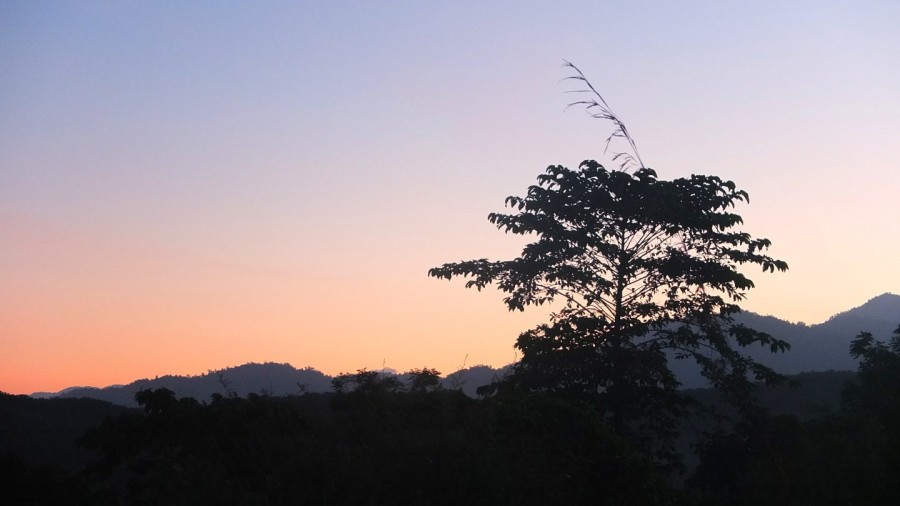 Big day today and absolutely no plan at all. Firstly we started the day with a 500 metres climb. I knew we had to cross a pass today but I did not expect it to be that high. It was hard! and steep! and hot! Few! Then we planned to reach at least Selama or even Kulim but the road was so nice than we kept going and going until we were stop by water. We thought we could cycle on the bridge leading to the Penang island (The northern one) but a guard stopped us and redirected us to the ferry terminal. Finally we stopped halfway to the terminal on the side of the road. Penang will be for tomorrow then :-) 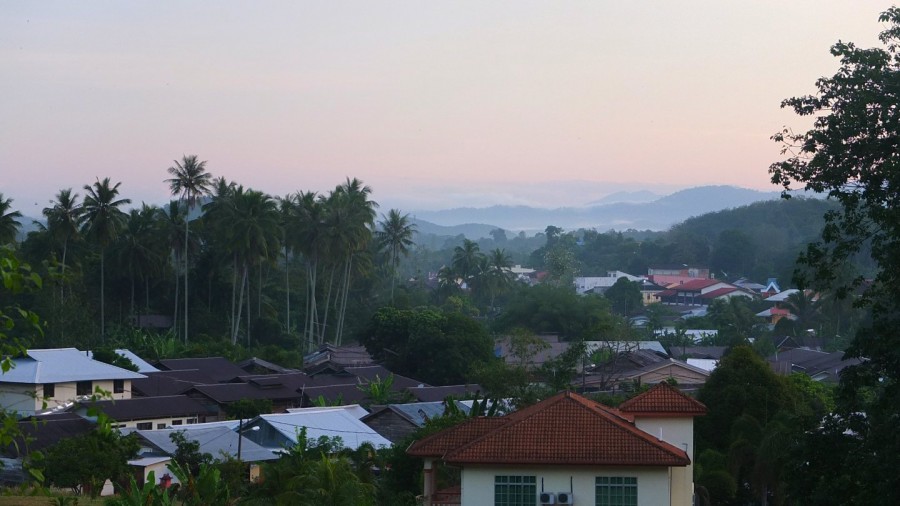 We left the Kekabu waterfall park early this morning. We did not see any of it finally. That’s fine. 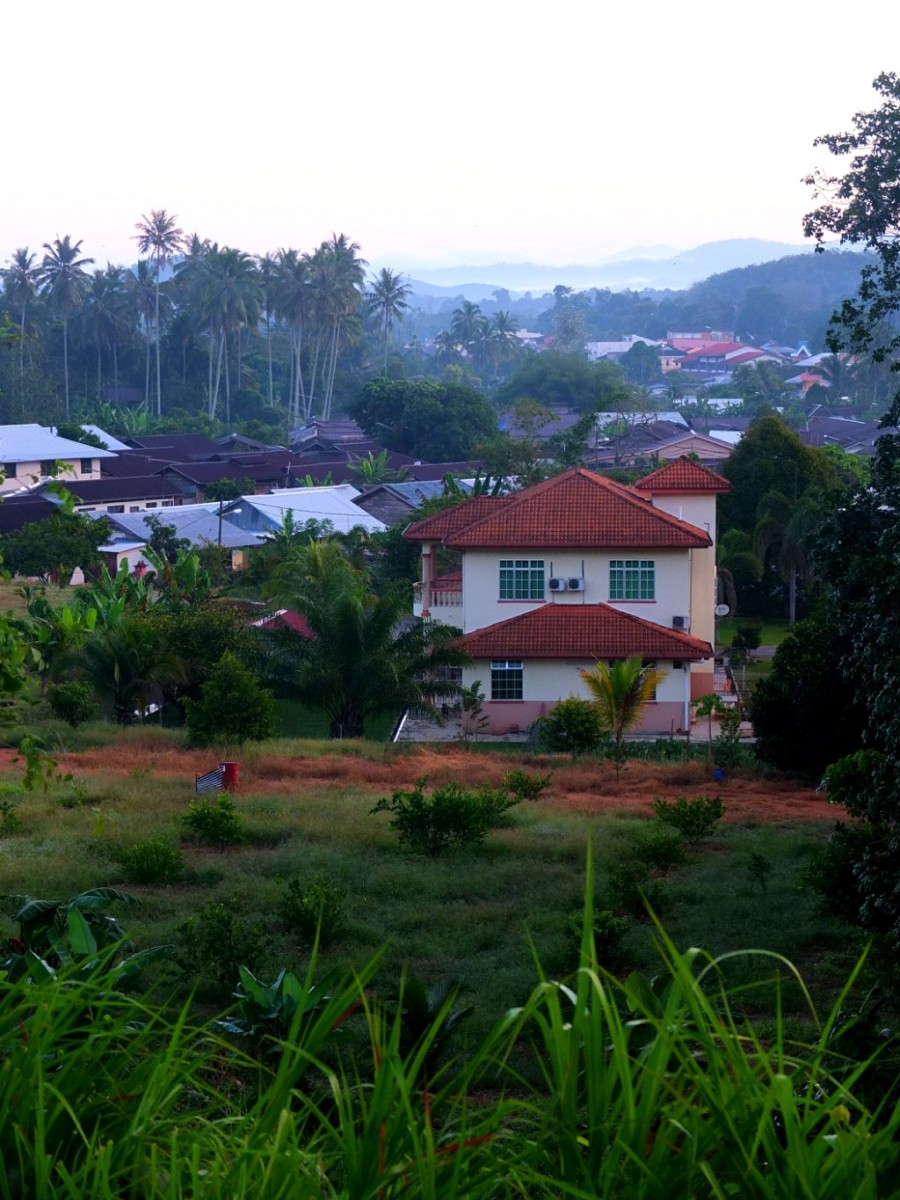 The colours are nice. The soft haze is covering the hills on the background. 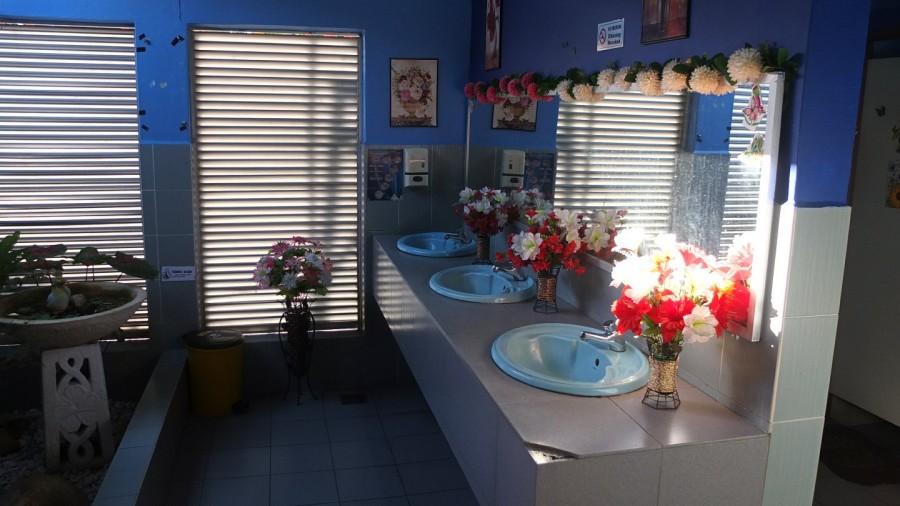 Around 8:30am we stopped to have something to eat at an indian place. Two Roti canai for 2 ringgit and one tea for 1 ringgit. Cheapest breakfast ever! This time I didn’t take the picture of the place but the toilets. Why? They are the cleanest toilets and most beautiful one in Malaysia :-) Fake flowers ok but still very nice :-) 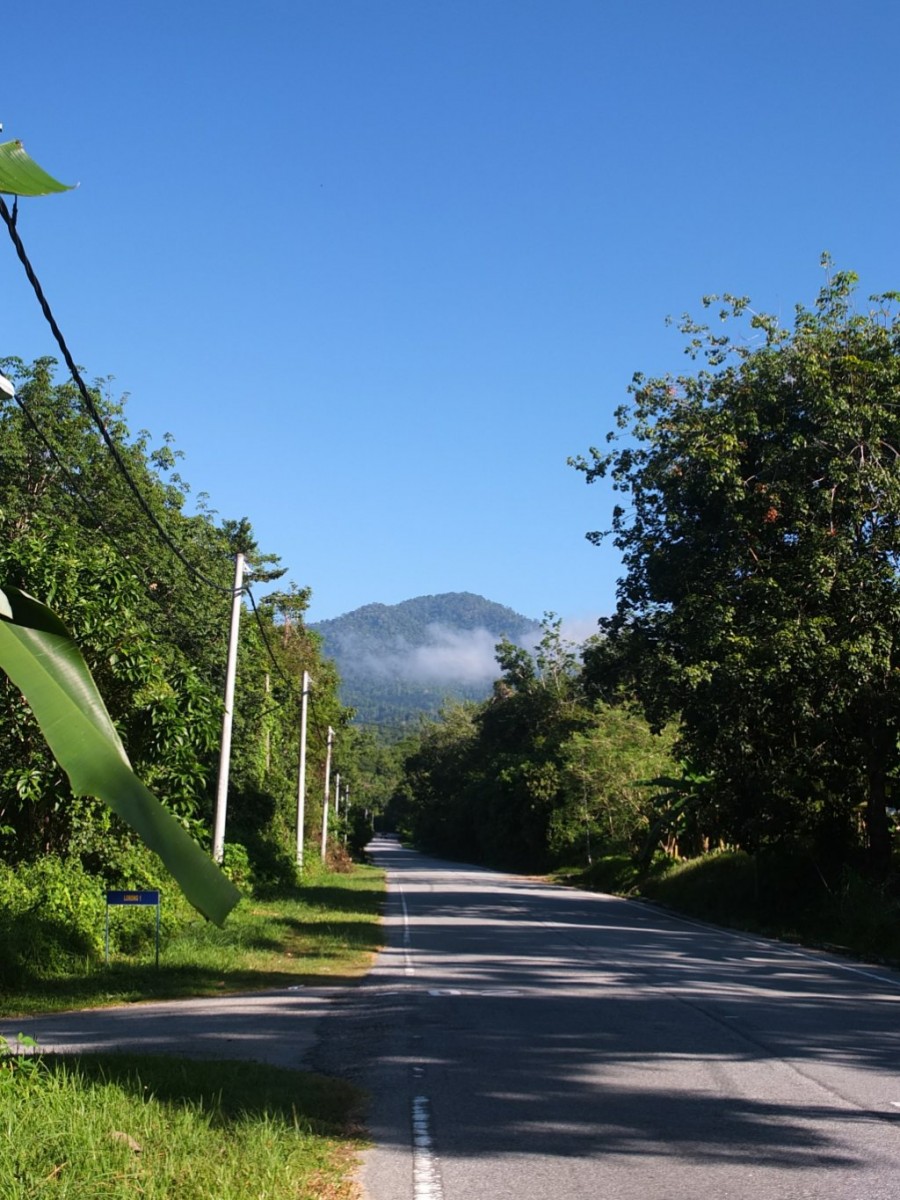 This is where it’s becoming interesting. This road is not going to last that flat… 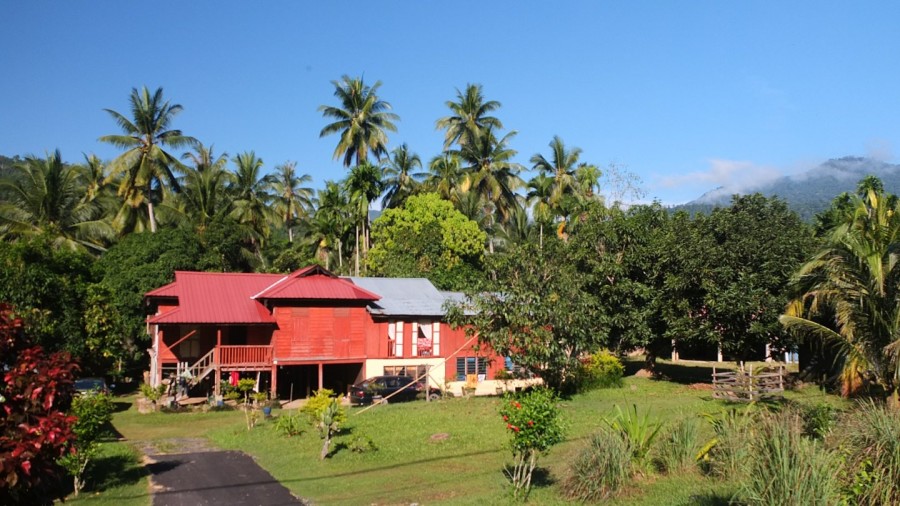 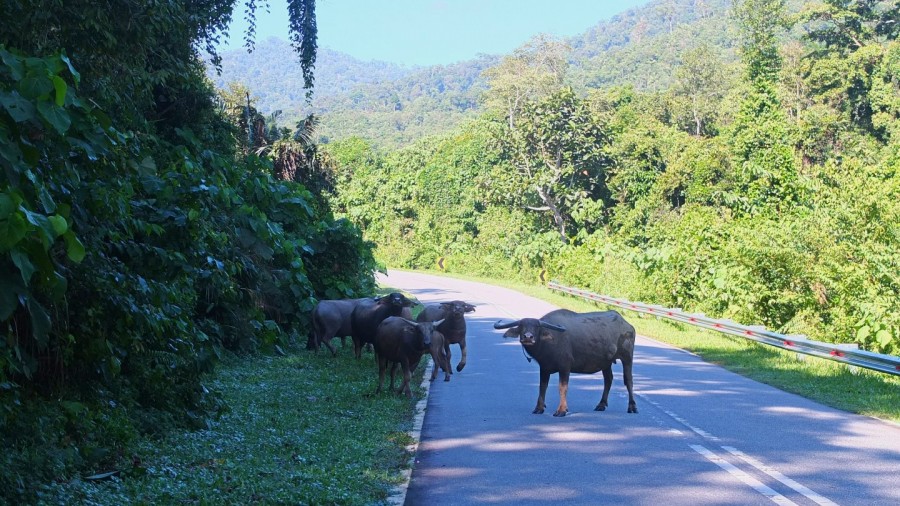 The worse is behind me, I mean, the big hill. It’s not finished yet because I have another problem now… 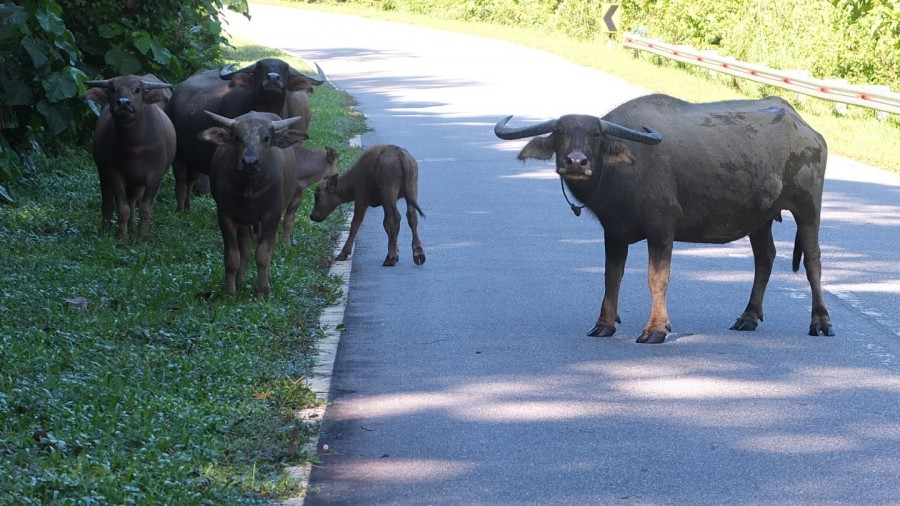 Few, I could not see the end of that bloody hill. I sweat so much that “water” is dripping of my sleeves. Now, this is downhill time and it’s much better! 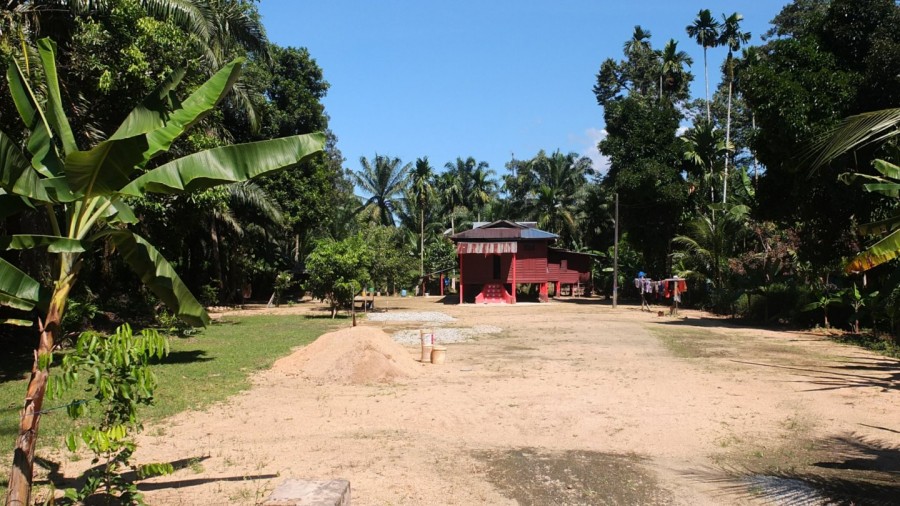 Another nice Kampung house. I like the bright colours contrasting with the green surrounding. 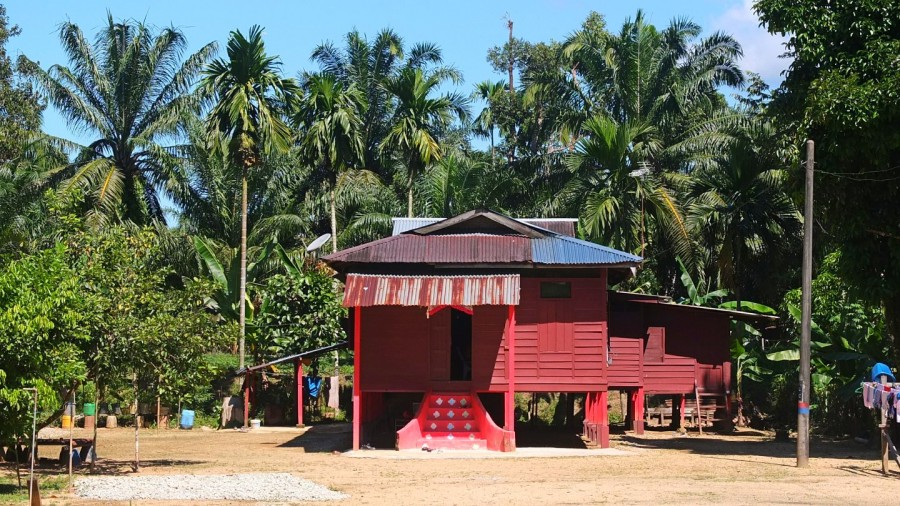 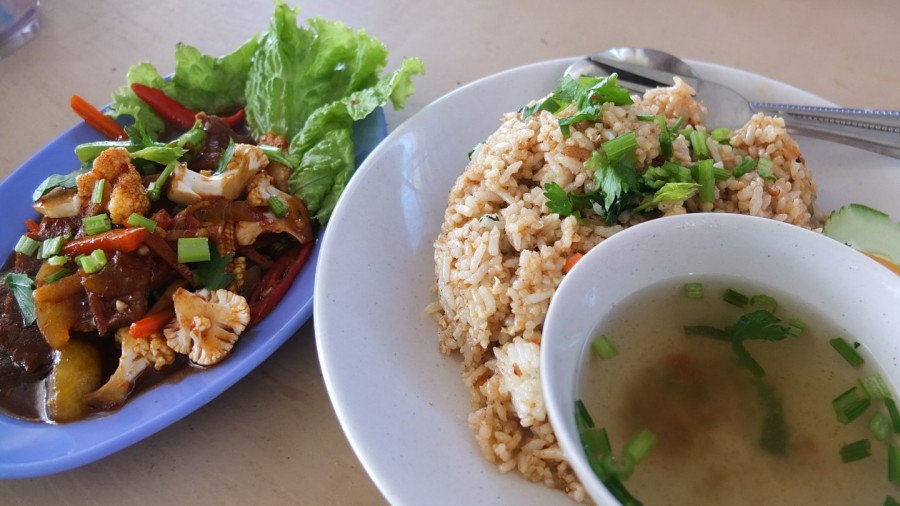 Let’s do another 40 kilometres today so we will have only 70km to do tomorrow. 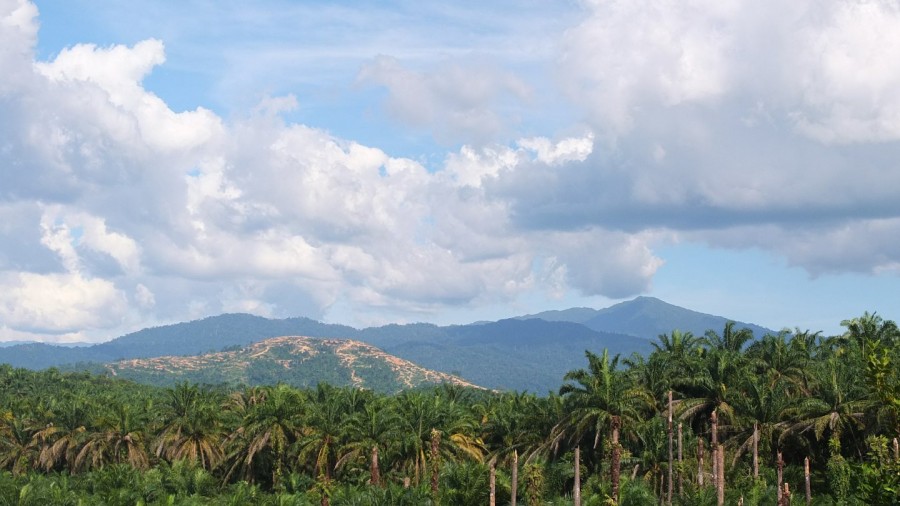 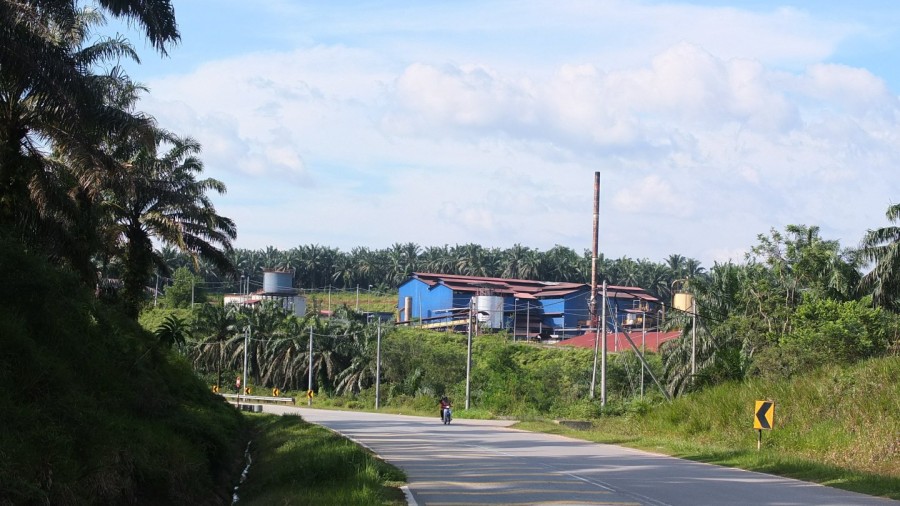 Hey, what is that? 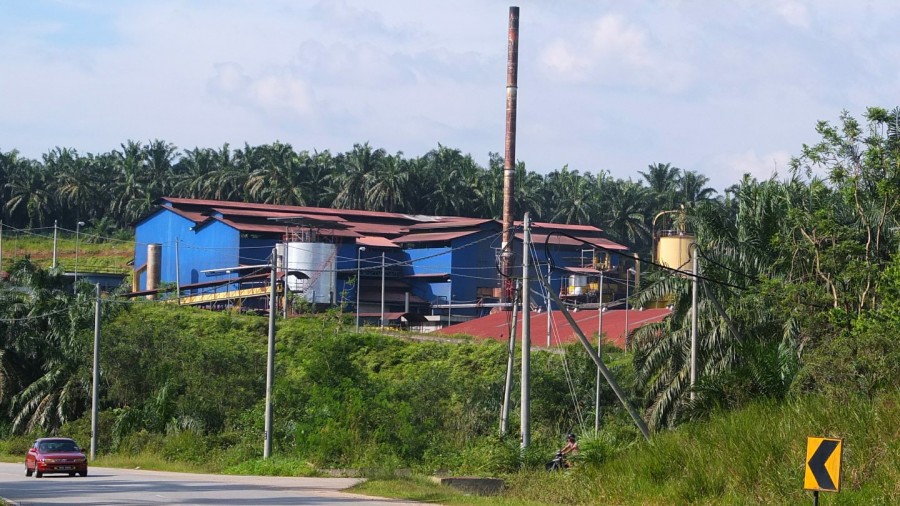 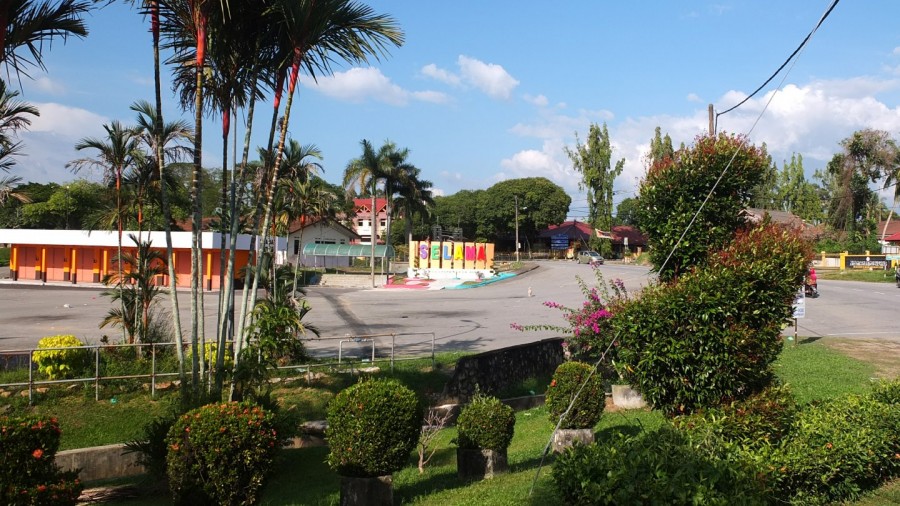 Selama. That was our destination for this morning but we are largely able to push until Kulim. 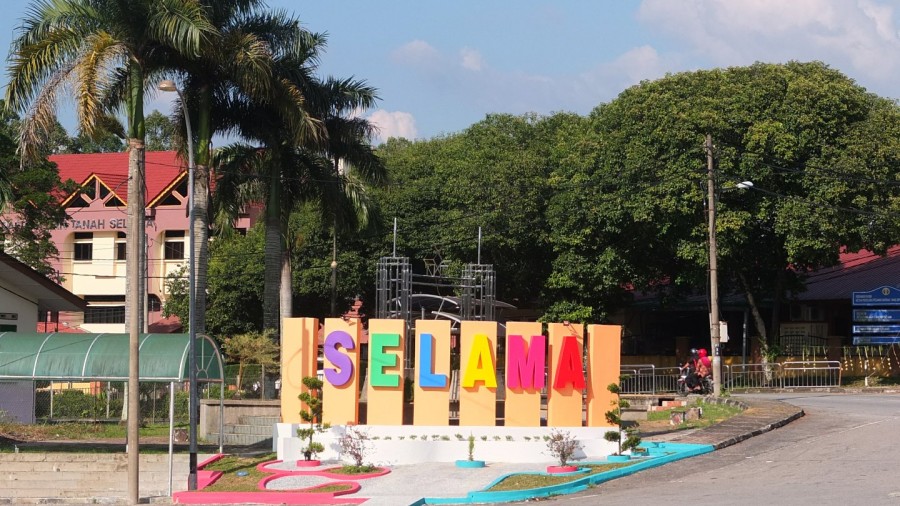 I don’t know why I stopped taking pictures after this one. We stopped later one to have our dinner. At that point we had done 80km. We decided to do another 10 kilometres and then stop to find a place where to sleep but as the temperature was dropping and the road going slightly downhill, I offered to Steph to keep going until Penang tonight. A night cycling is nice too, it changes.

All the way, the road kept going downhill. The fresh air was really nice and 7 hours of cycling later we got to the bridge but… As soon as we arrived close enough to the gates, a guard waved his hands and stopped us: “Bicycles are not allowed to go this way, this is too dangerous”. What?! No! Not now… please! We tried to persuade him a bit but he did not let us go through. Then he said we could try to get a truck and fit our bicycles in. The same guard helped us to find one but no one would stop for us… That’s nice of him.

Finally, as the guard said when we arrived, we decided to make our way to the ferry terminal. That was about 7 kilometres further, almost the same distance than if we would have cycled onto the bridge towards GeorgeTown. Anyway, we started cycling again and stopped few kilometres before when we saw some nice trees and grass on the side of the road. That’s easier to sleep here now than to get to the city and have some hard time to fine the right spot. The ferry runs normally every 30 minutes from 6am until 22pm so that’s not an issue. See you tomorrow then!