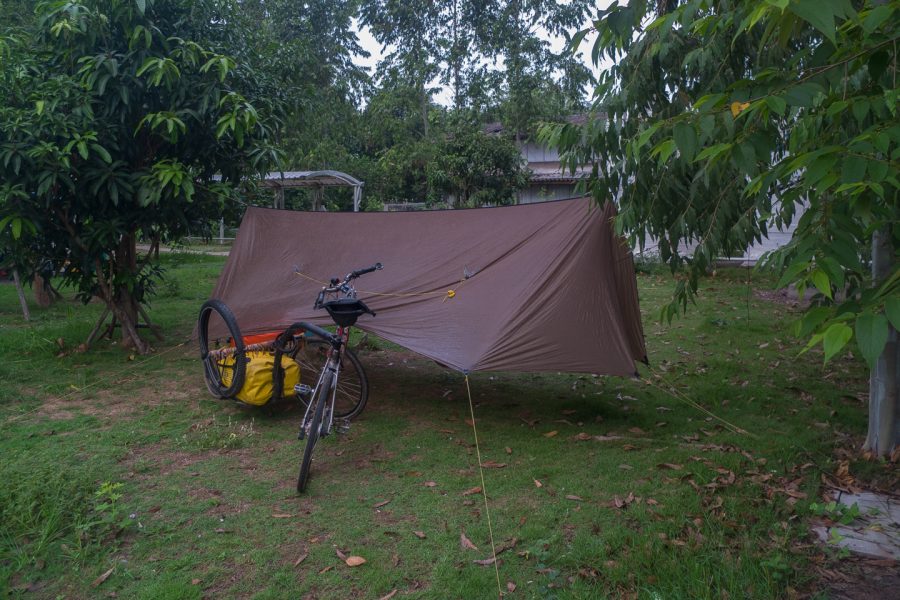 I’m not really into taking pictures these days. I haven’t done any extraordinary things since I came back in Thailand. The last night was okay, surprisingly not too noisy. I’ve found a spot at the back of the petrol station with trees and grass (as you can see). Yesterday, during I was setting up my camp, a woman passed by so I told her I was going to camp here just one night. I don’t really know if she was agree or not but nobody came to kick me out, fortunately :-) This morning, I packed everything and came back to the same Amazon cafe. I stayed there all day and cycled later this evening with a bit a night cycling too.

A wider view shows you a bit more precisely where I slept last night. I definitely prefer the bush but that was convenient. 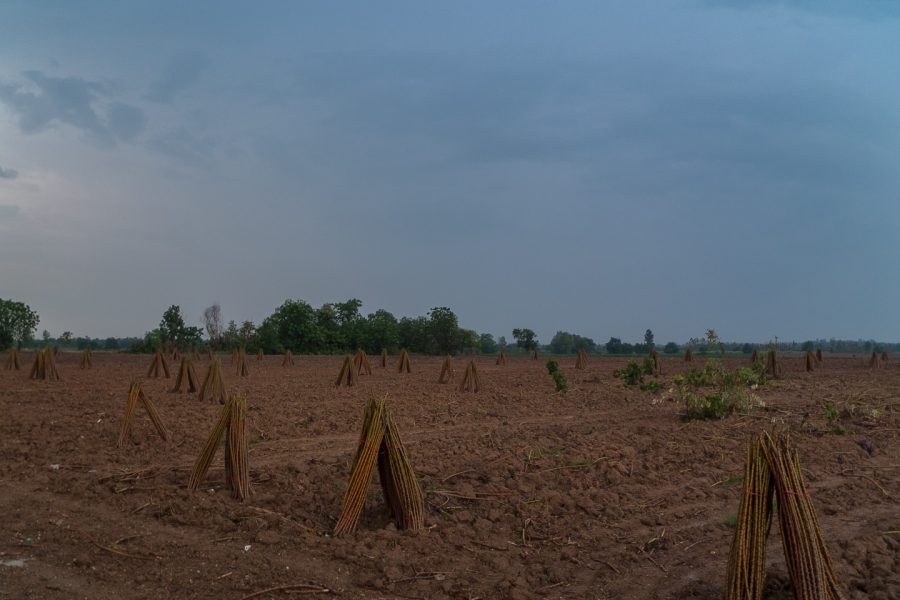 The days has passed pretty quickly and I’m now on the road again. I made a mistake earlier, like 20km ago… It was raining and I didn’t want to check the map on the phone to keep it dry but I missed a turn and cycled all the way up to the wrong direction (see map). I got a bit lucky, because when I realised that, there was only one road, not far from where I stopped, that led me to the right direction again.

I’m now back on track and the rain has stopped so it should be better. 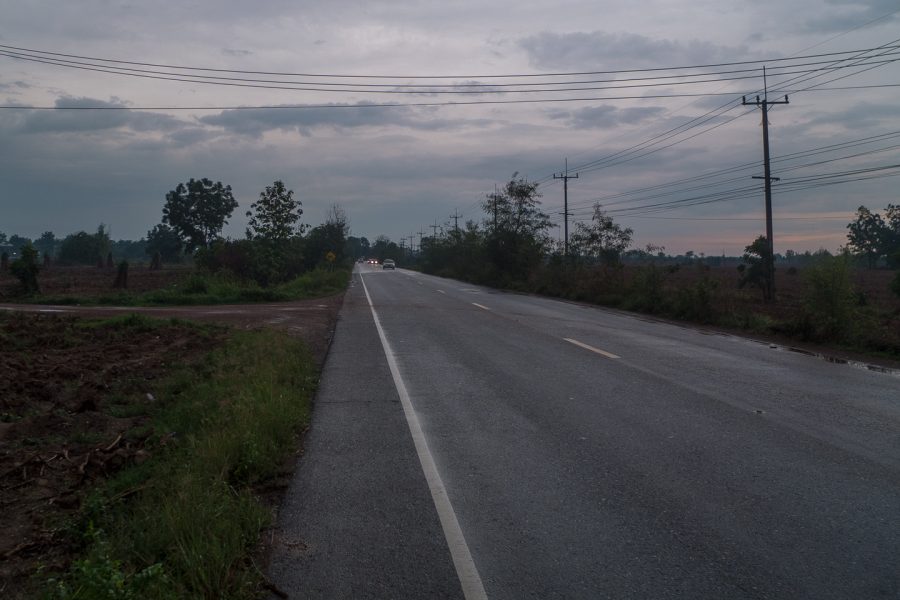 Kind of boring then… 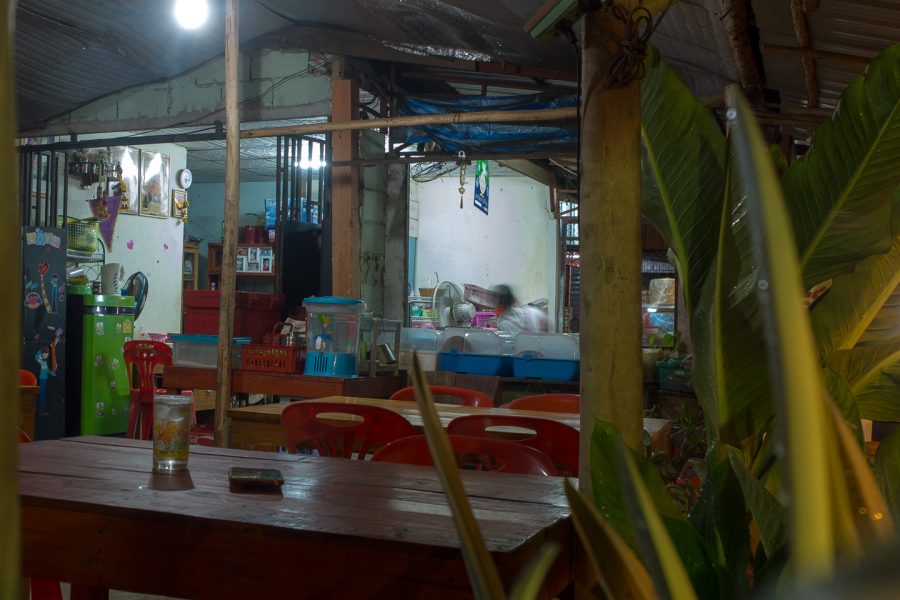 Just before arriving to the crossroad where I will join the right road, the one I should be on since the beginning, I’ve found a nice little place where to have dinner. Once that done, I will do some night cycling to compensate the mistake I’ve done earlier. Not a big deal.

And that’s what I’ve done! The road was pretty straight, easy and kind of boring. The side of the road was quite wide so I felt safe enough. Lots of trucks overtaken me but nothing unusual happened. I’ve finally reached a town with a petrol station where I could take a shower. I didn’t find any good spot at the back but luckily, across the road, there was a construction site with free access to it. I jumped on my bike, get on the other side of the road and cycled silently towards that building. At the back corner of it, I found a nice spot with a big open room. As always, there was enough poles to hang my hammock in the best position. 10 minutes later, I was asleep :-)