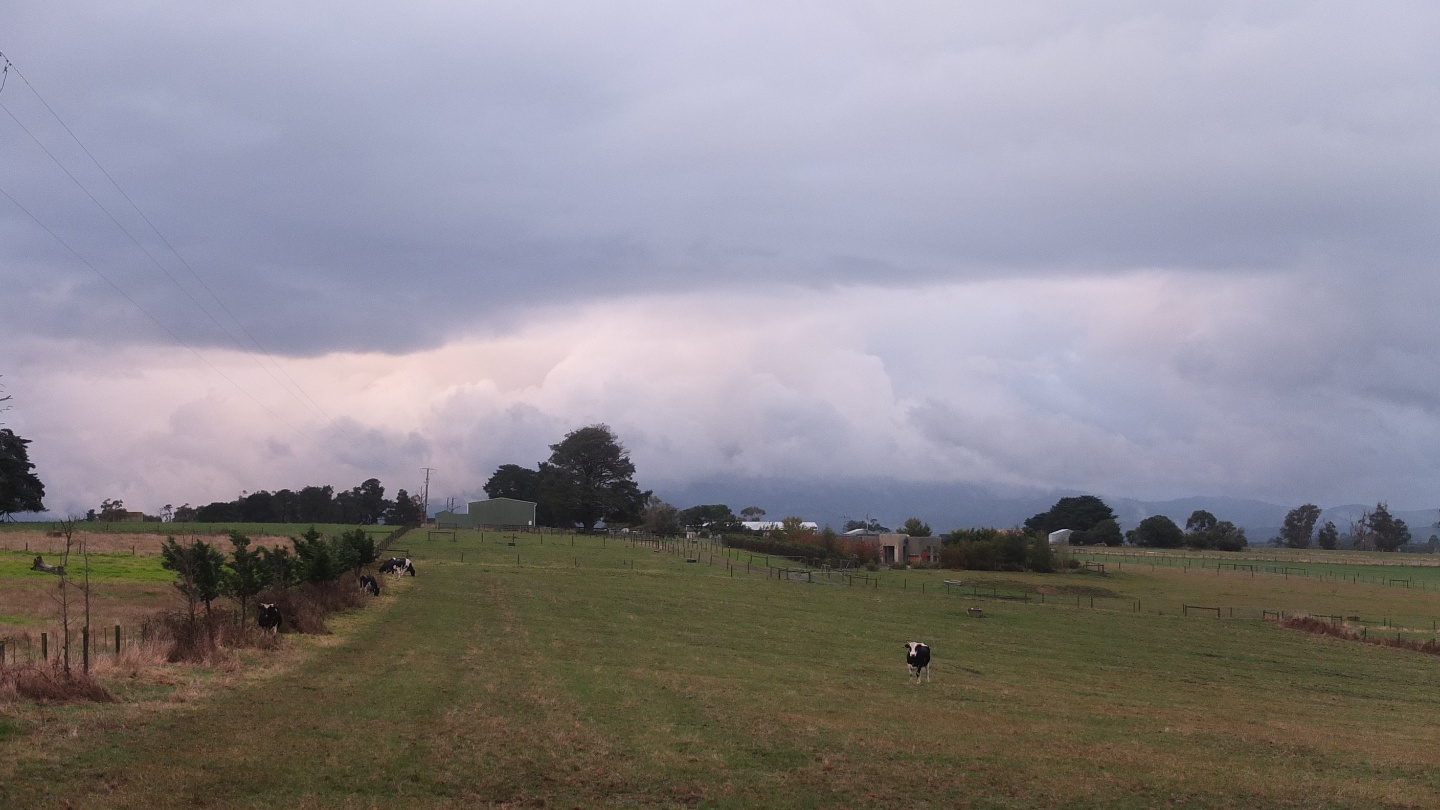 Baaah! Such a bad day… I feel I will never arrive to Melbourne. This morning, a thick layer of clouds was covering the sky but no rain. I was finishing my breakfast in my tent when few drops appeared. Oups! It’s time to pack as fast as possible. 15 minutes later I was ready to go but the rain intensified itself until I was soaking wet. My shoes add two swimming pool filled with cold rainwater and my waterproof gear (Jacket + pant) doesn’t last long under the rain… After 30 minutes cycling I could fill the water coming through. Then I’m stuck in Yarragon and hope the weather to get better…
Finally around 5pm, the rain stopped or at least reduced and I hit the road again expecting to do as much as possible and avoid to have 100km to cycle tomorrow! I’m ready to cycle at night for a bit. 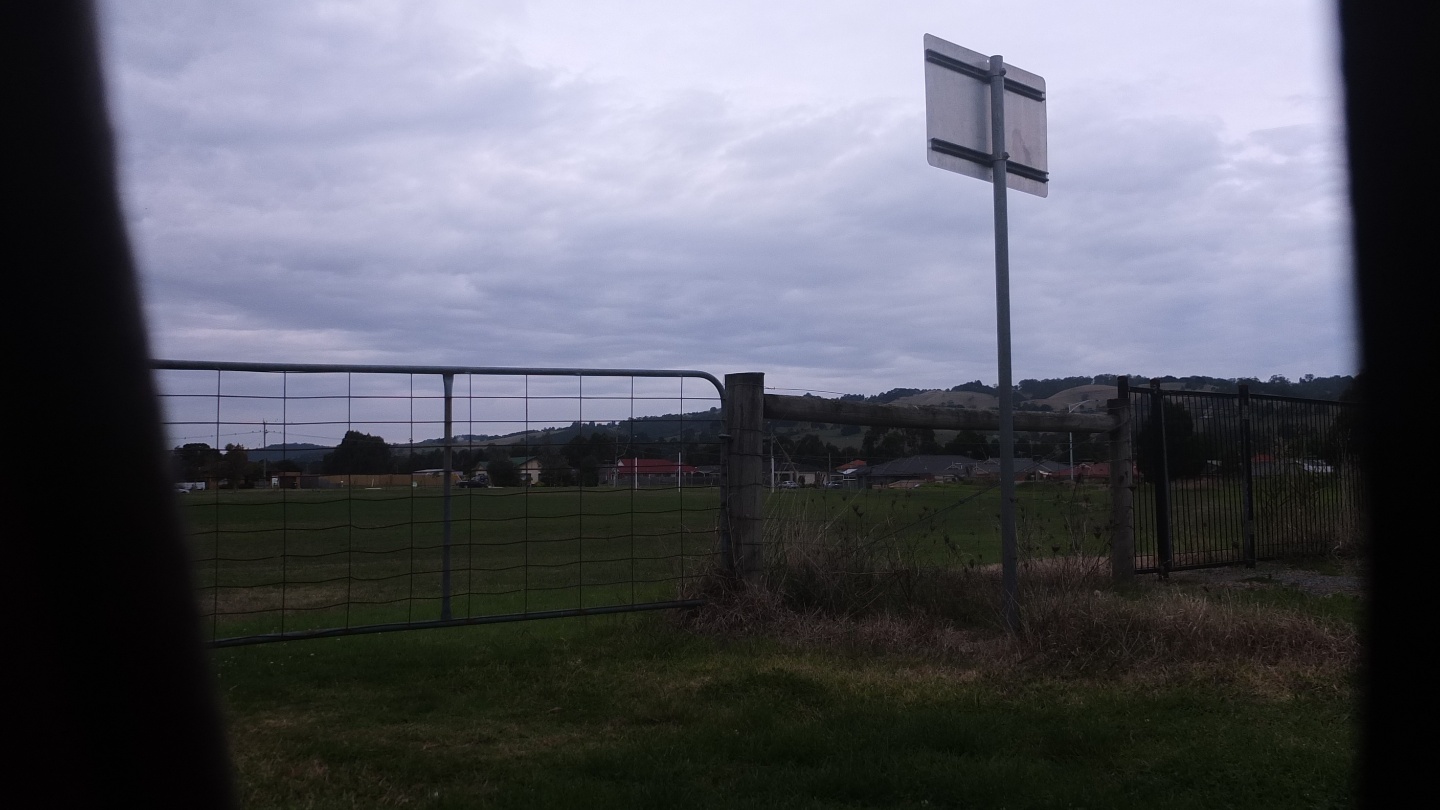 That’s what I’ve seen when I first open my tent: a threatening cloudy sky. 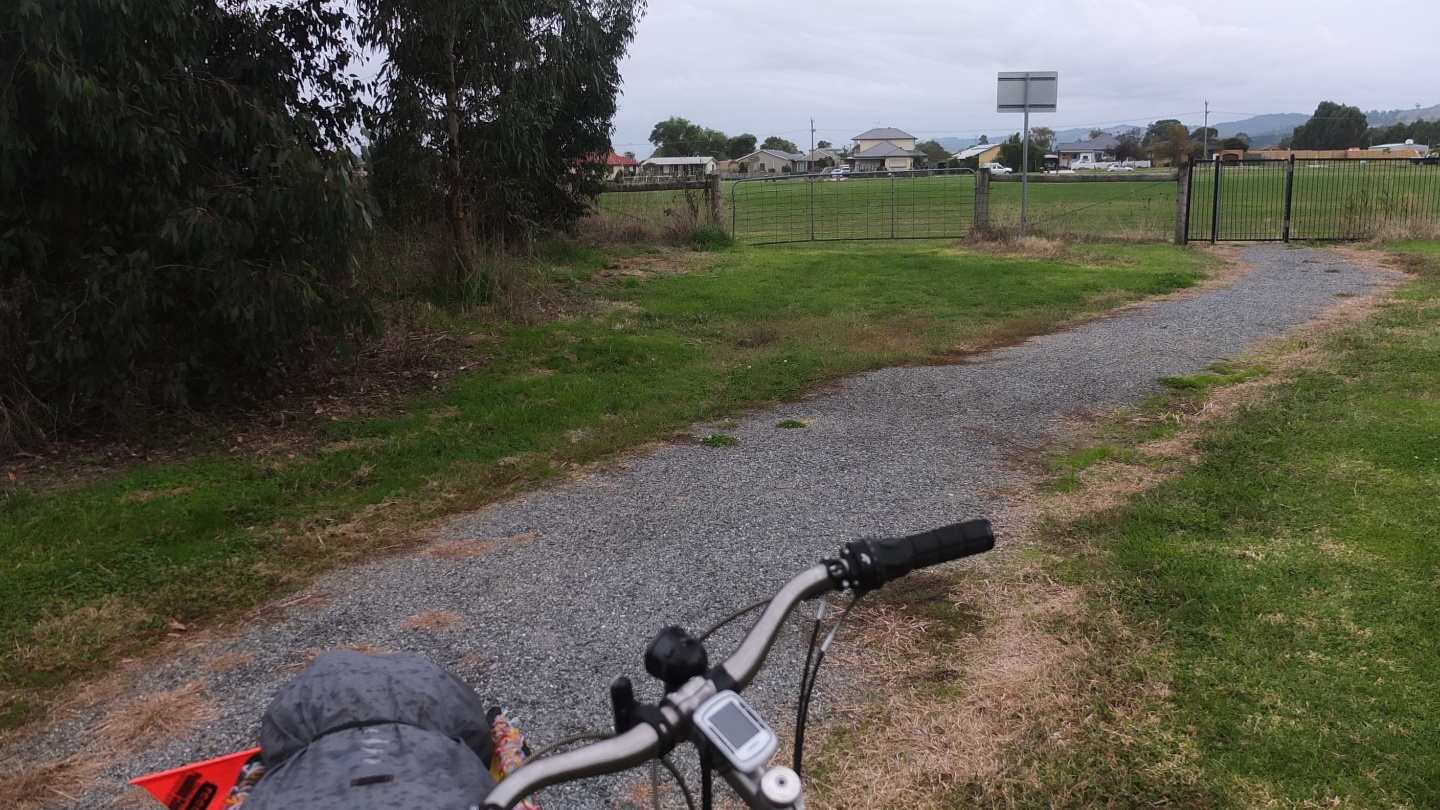 One more time my spot was perfect :-)

Soon after I’ve started cycling, trying to follow the GPS which told me to “turn right” twice when no road existed, a guy stepped front of me agitating his arms in the air like I was driving an airplane. So I’ve stopped my powerful titanium machine ;-)

The man explained me one more time where I had to go. I thanked him and was on my way again. This is nice to met people like this on the way and get some little help sometimes :-) 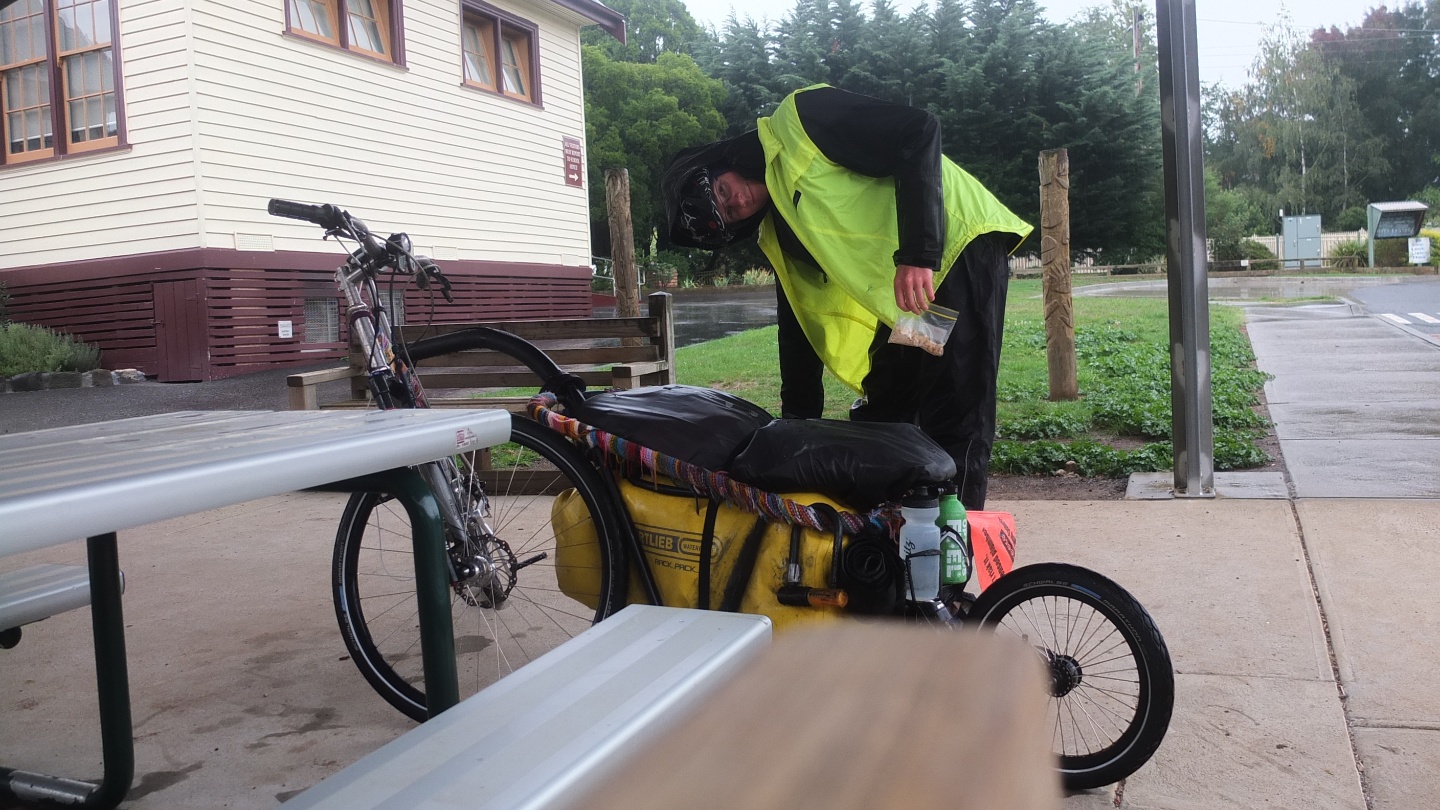 10 minutes after I left Yarragon the rain started and did not stop. I spent more than an hour cycling under the rain and my waterproof gear and not waterproof anymore. The rain was too heavy. I’m soaking wet… 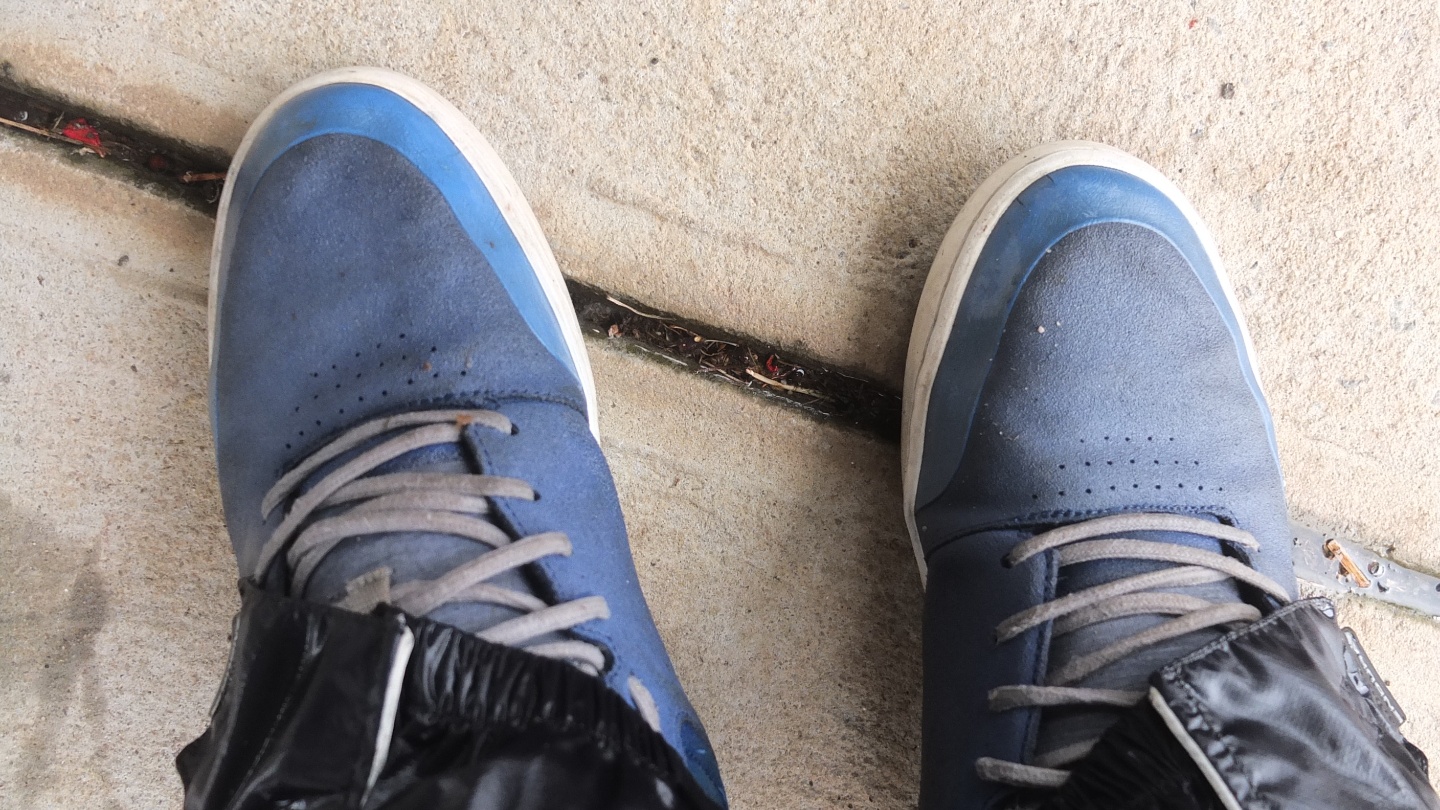 Especially my shoes. I should get plastic bags before I left and wrap them in it! This is too late obviously… 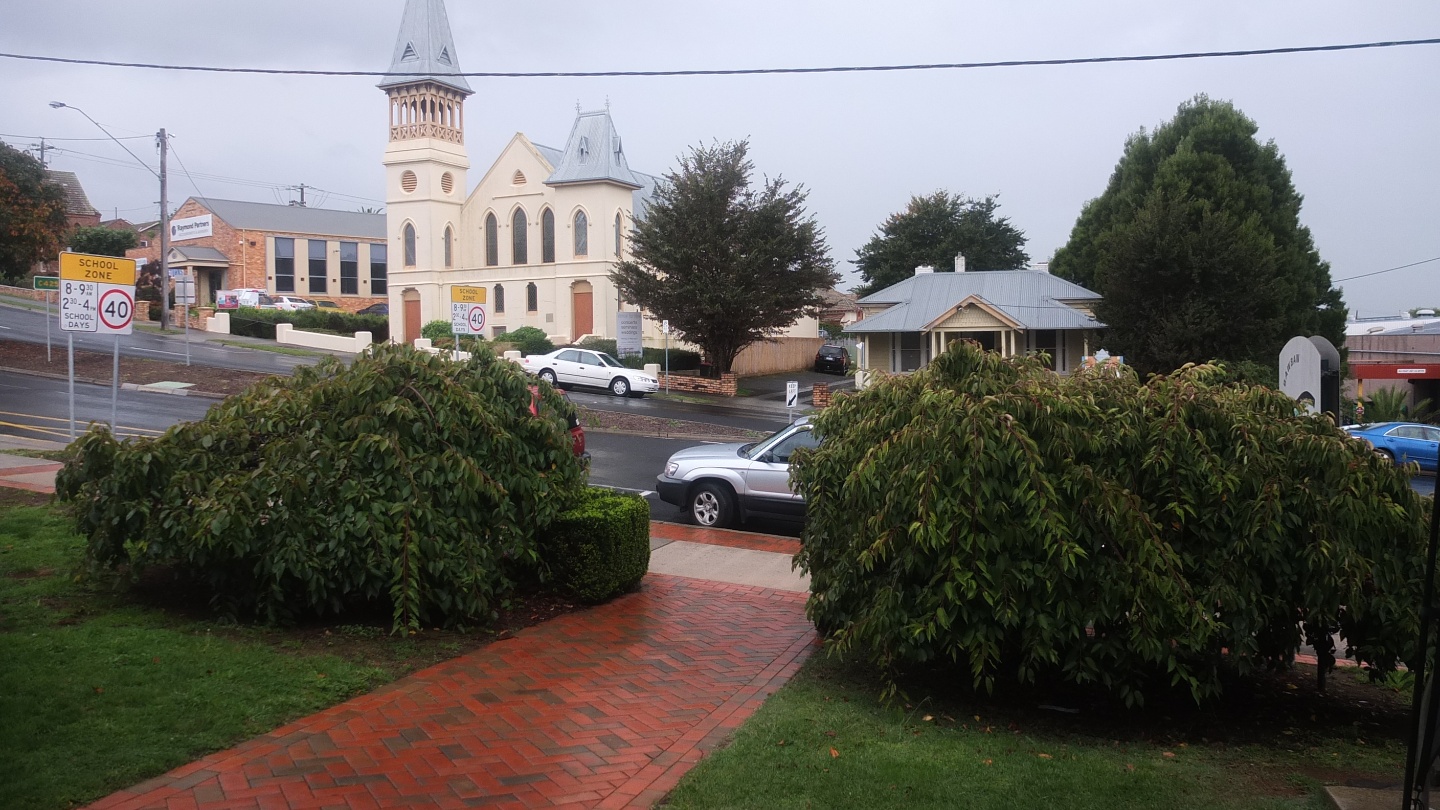 I’m reach the first town, Warragul and found the library. At least, I can stay here until the weather gets better. When I arrived, I’ve stopped in a bicycle shop to buy a flag. It’s the first time I had the opportunity to the this kind of shop open. Unfortunately the guy sold out all of them at Christmas and did not order some more… Then I asked him where was the swimming pool (as I would really appreciate to have a nice warm shower) but he told me that the swimming pool was closed since two years for restoration… Rah! What’s going on here?! Nothing works! Thanks to the library then! 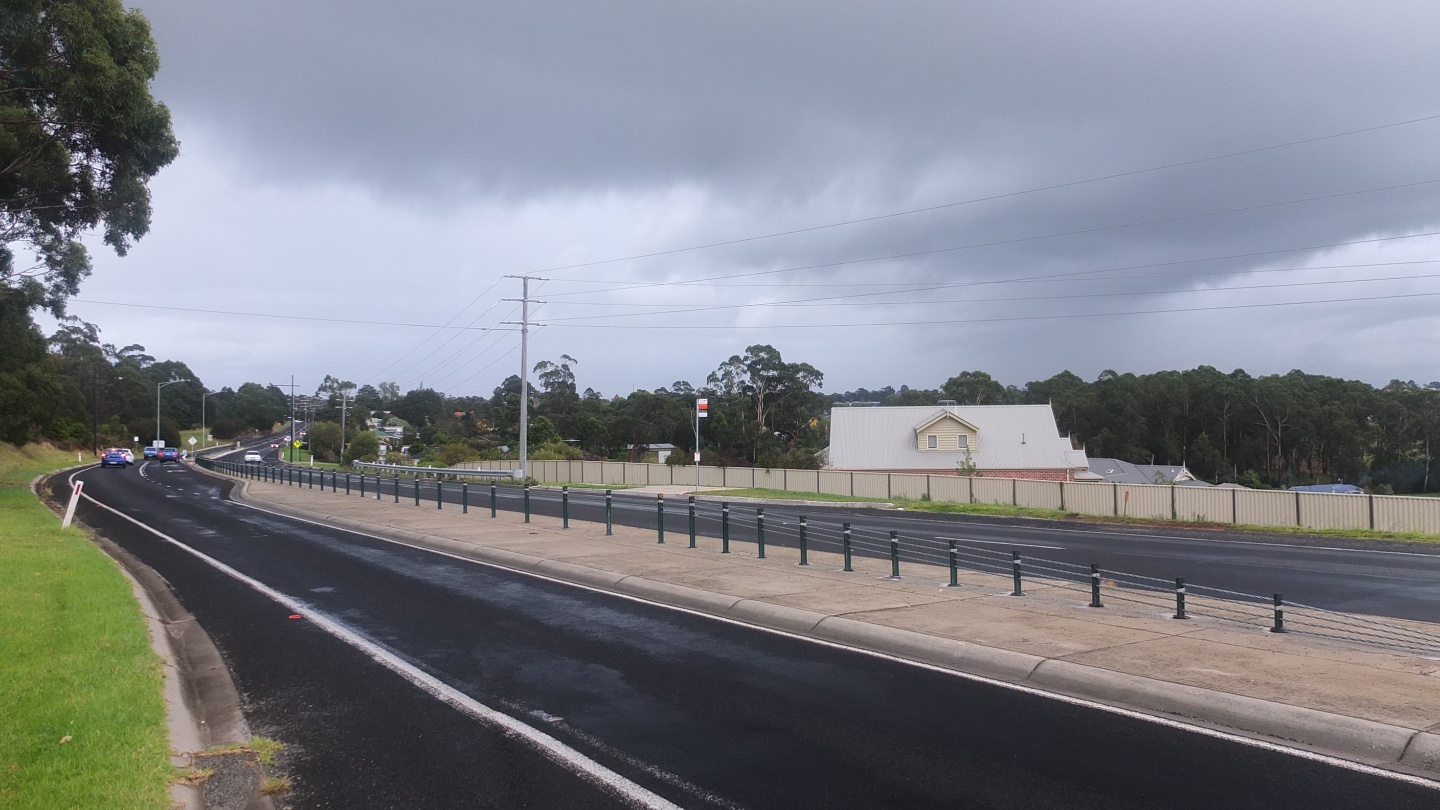 I’ve stayed about 4 hours in the library and had the time to release the new version of my website :-) I did not lose my time! It’s 5pm and I’d like to reach Pakenham tonight so let’s go. 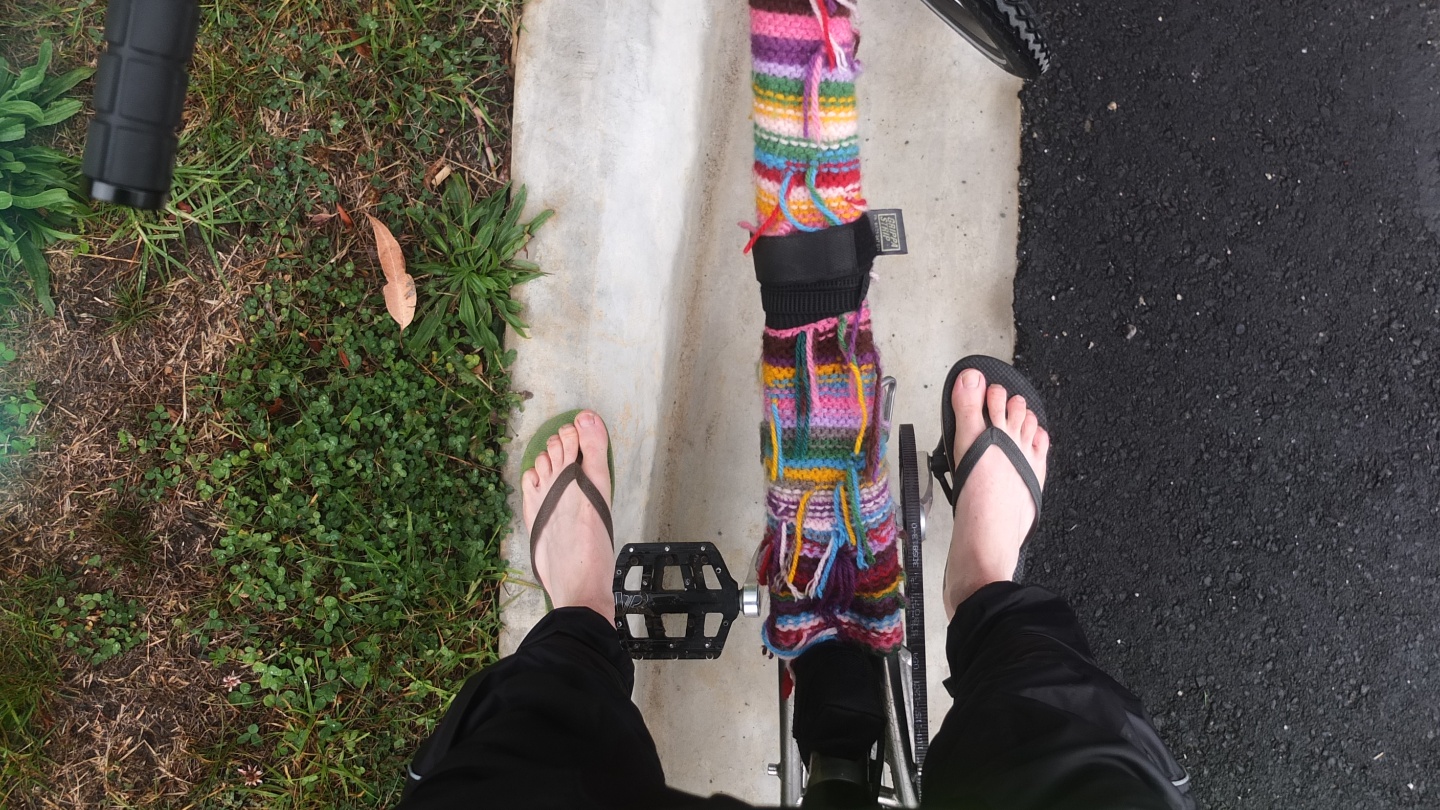 No shoes but thongs. It’s less cold than I thought so I will be ok. 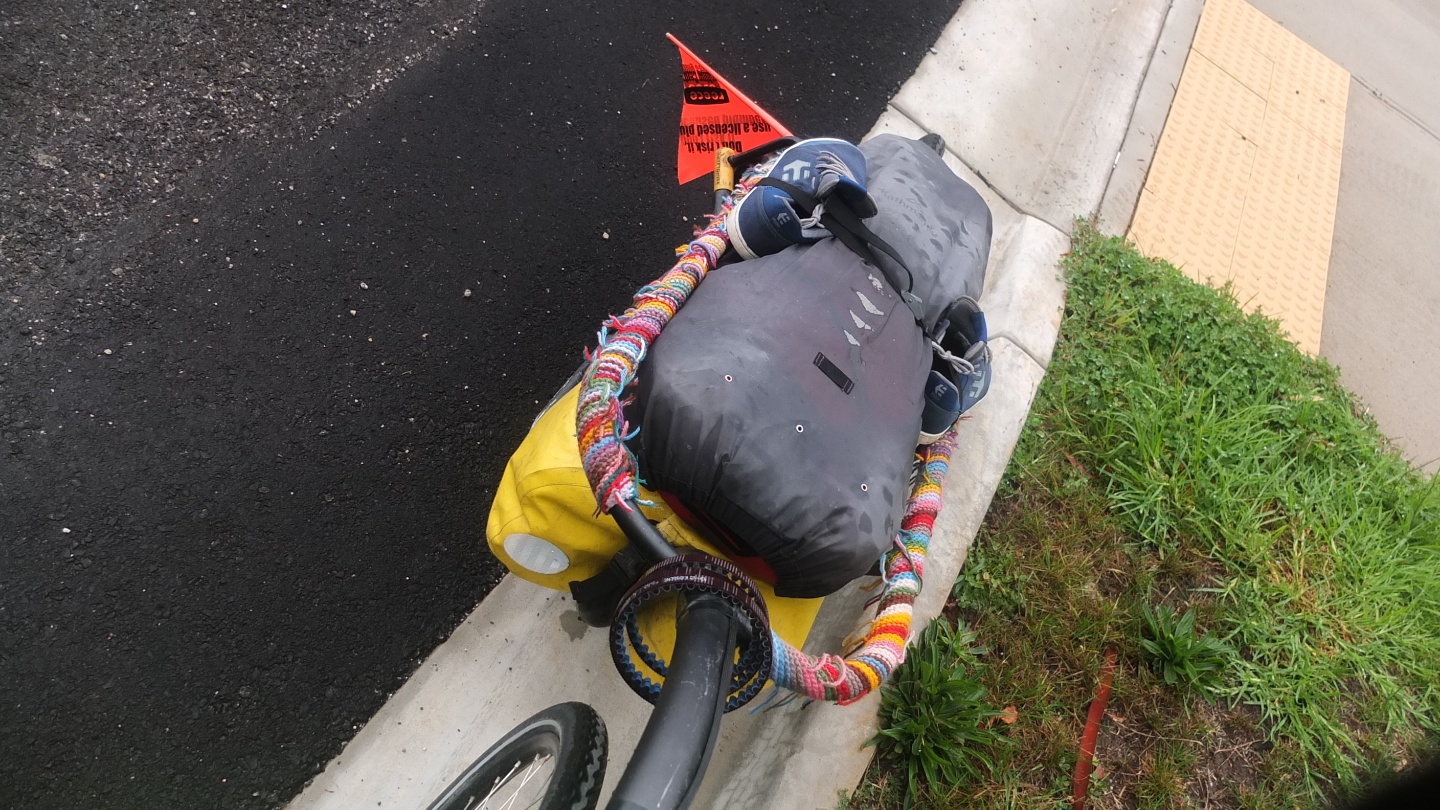 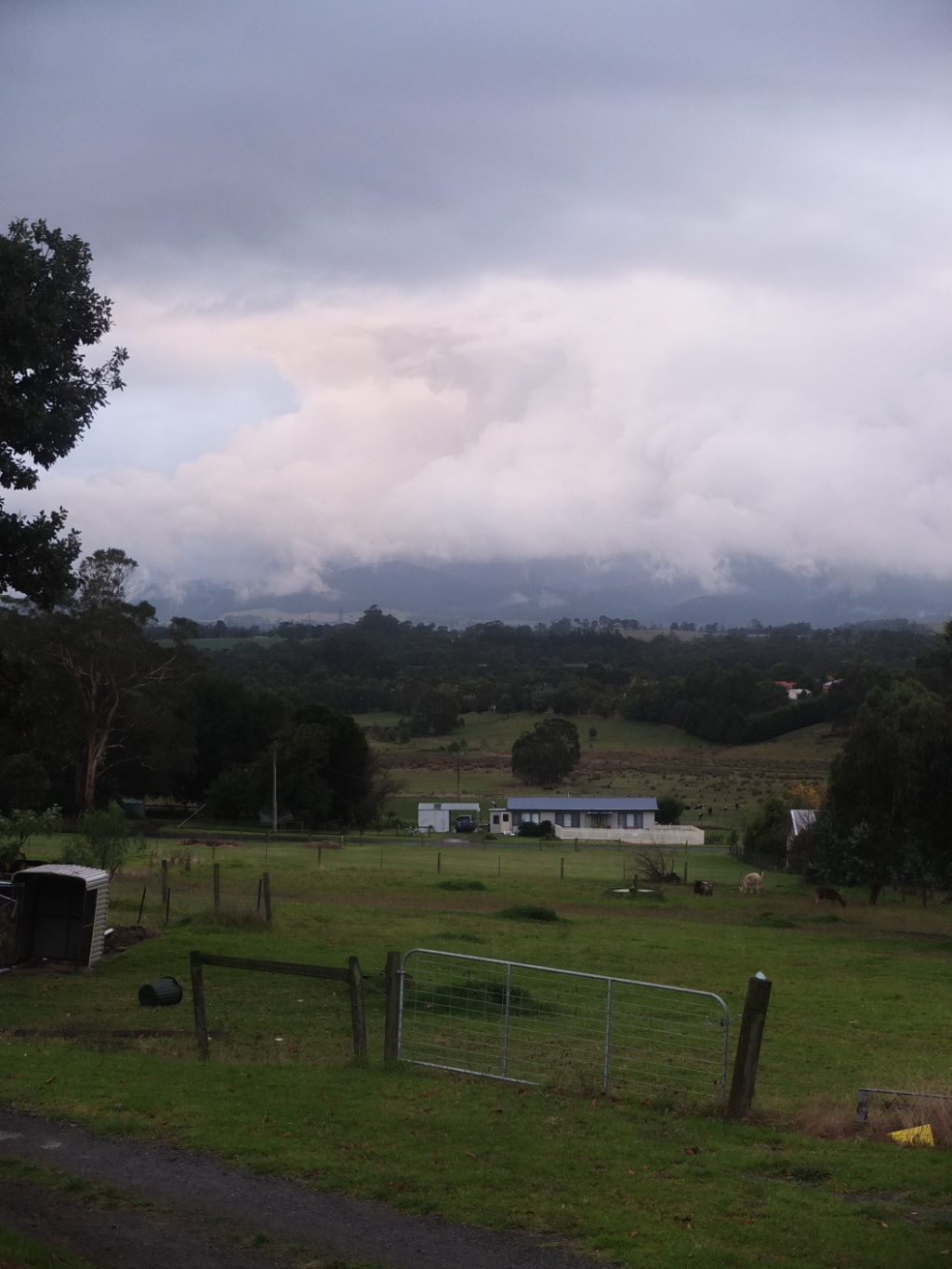 This sky is crazy. Often there is showers and I stop under a shelter to avoid to be too wet. I don’t have more dry clothes anymore so it would be a problem. 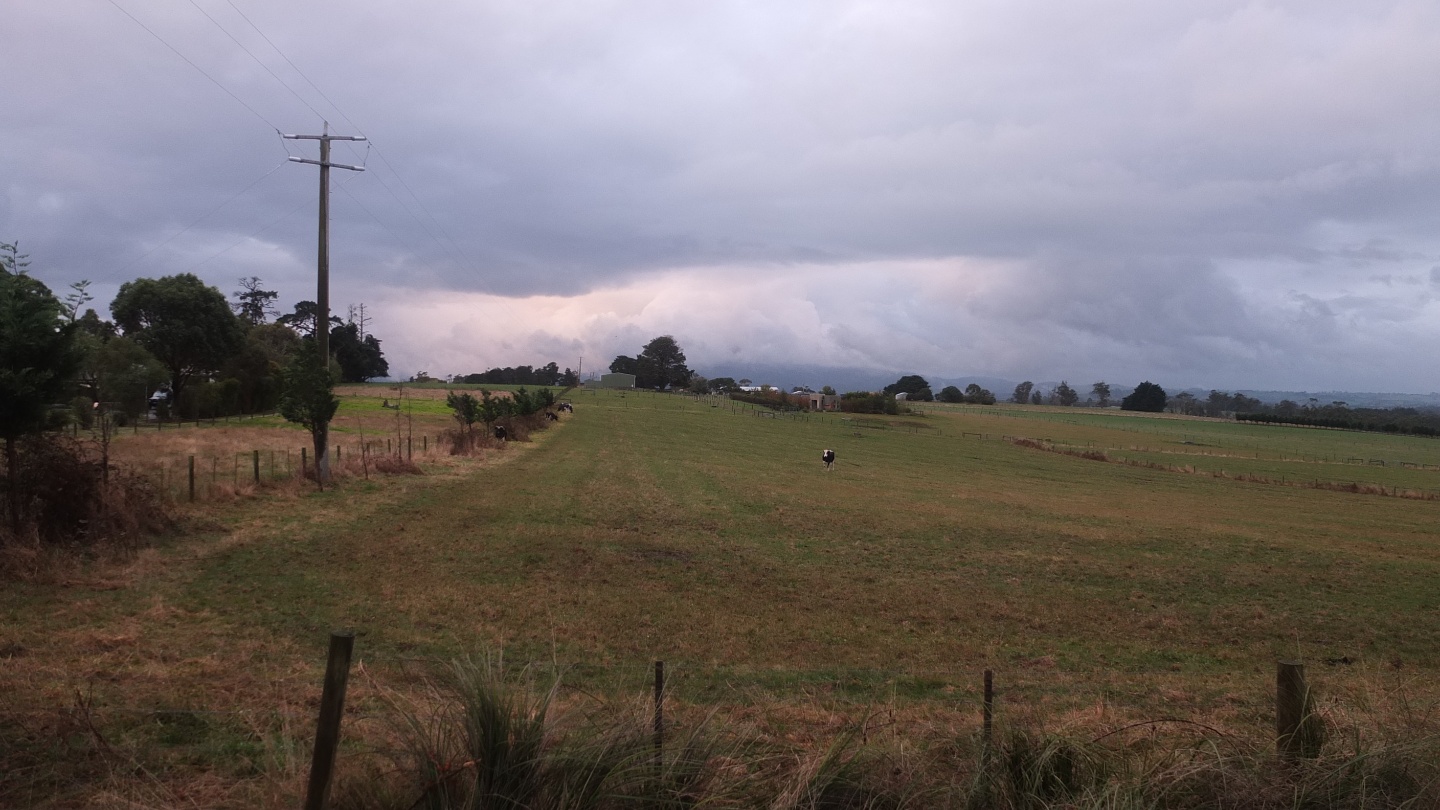 brouuuu! Cold, windy, not so nice. Why every time I’m close to cities it’s raining? They don’t like me or I don’t like them?

Finally, after two hours and a half, I’ve reach my goal. I’ve almost stopped in Nar Nar Goon but there was nowhere to camp so as stubborn as I am I pushed myself a bit more and done the last 14km where I found a good spot for the night.