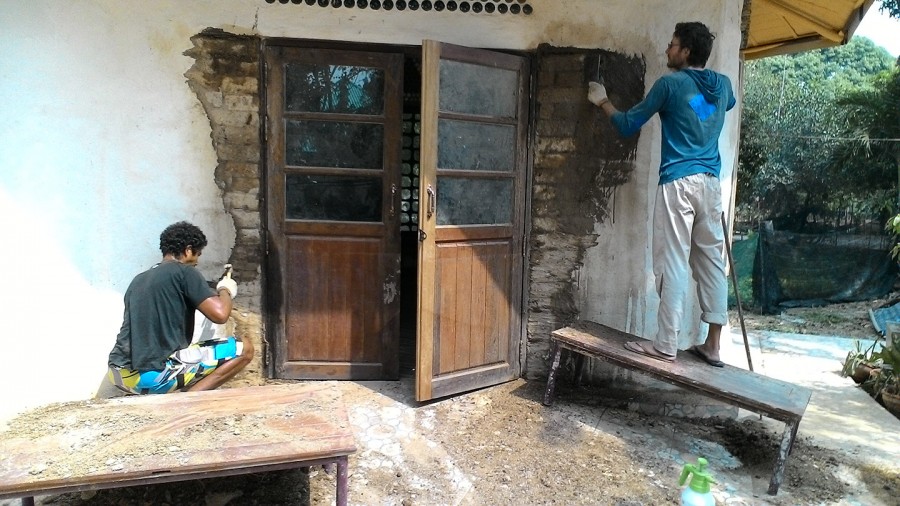 Second day working on and learning about Adobe house. Build a mud house is not that complicate and it’s even easier to destroy. Today, Pita asked us to cut the sides of the walls around doors and windows because she wants to be able to open them and fixed them against the wall when the wind becomes very strong. Before we started, the wall was like new. Now it’s a mess. But that’s what she wants :-) 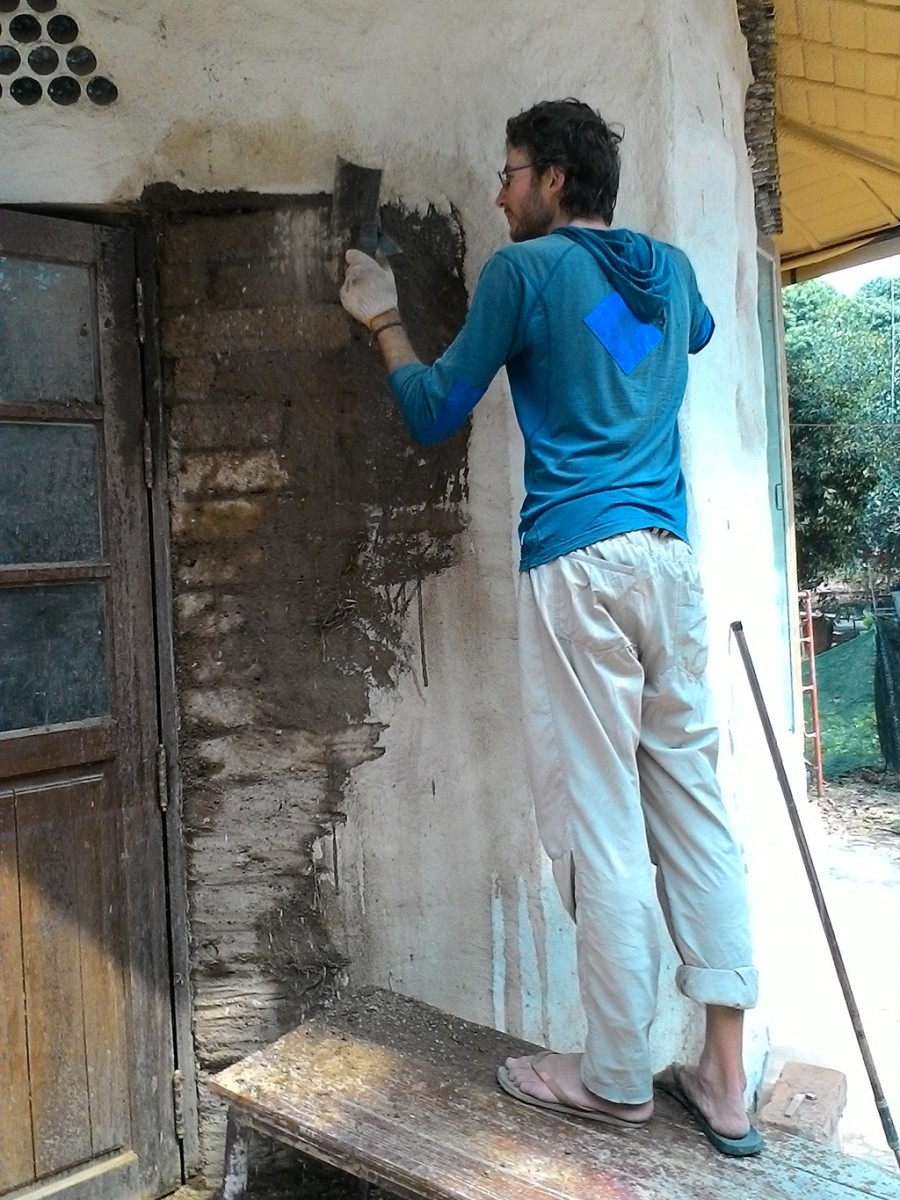 First I was working with a hammer and a chisel but it was a bit slow. Pita showed me that the axe would work much better and it does! 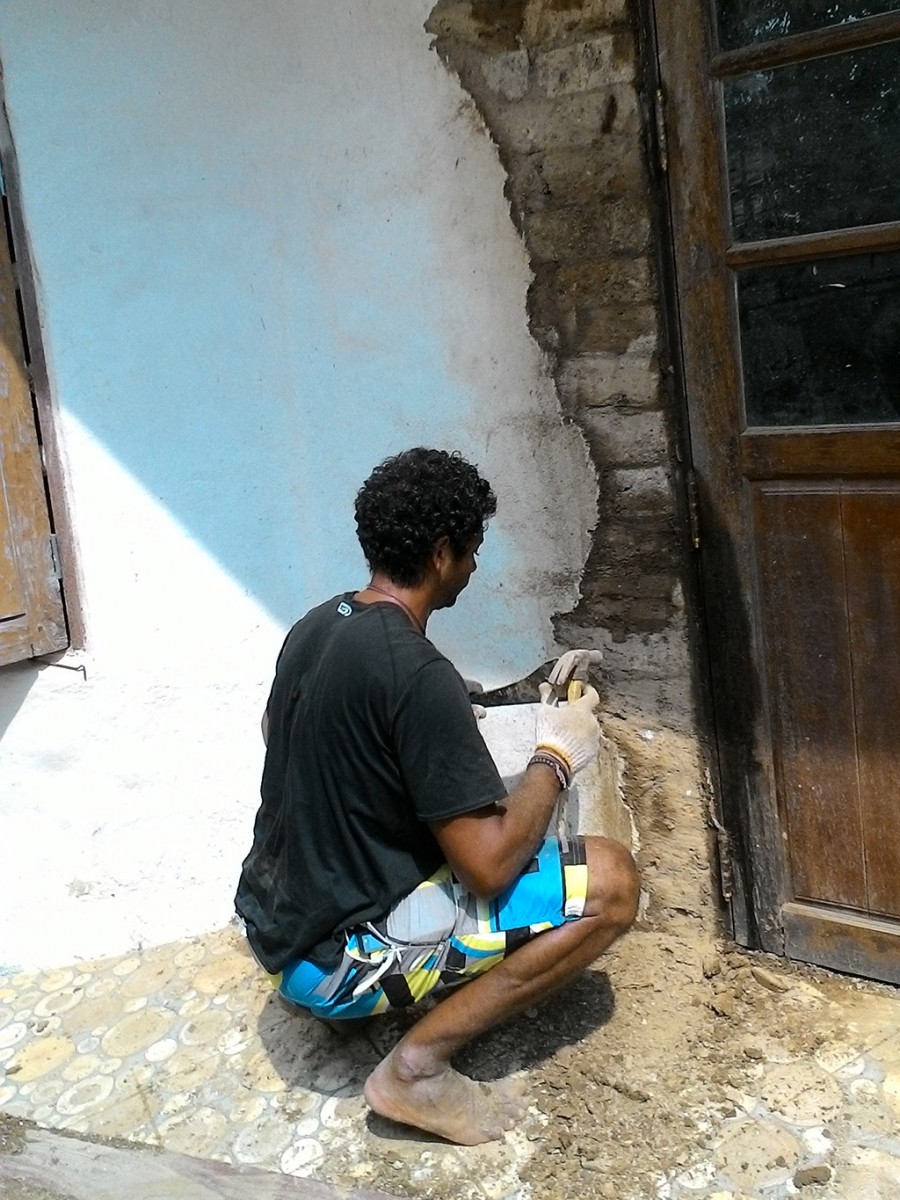 Stephane prefers the soft technique. On the other hand, I’ve got more wall than him to cut off so we have the right tools in the right hands. 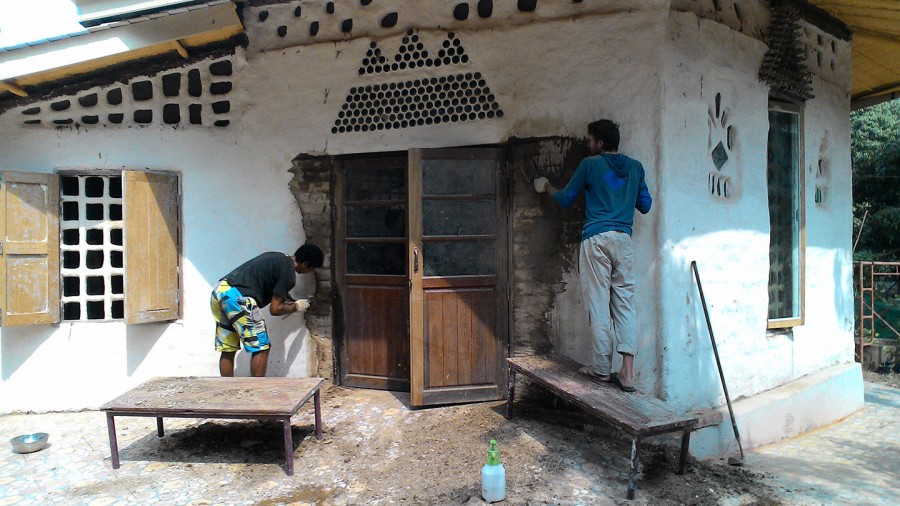 Once done, we will attack the window on the right hand side and finally the one at the back. But we don’t know that yet :-) Pita keeps the surprise… shuuut! 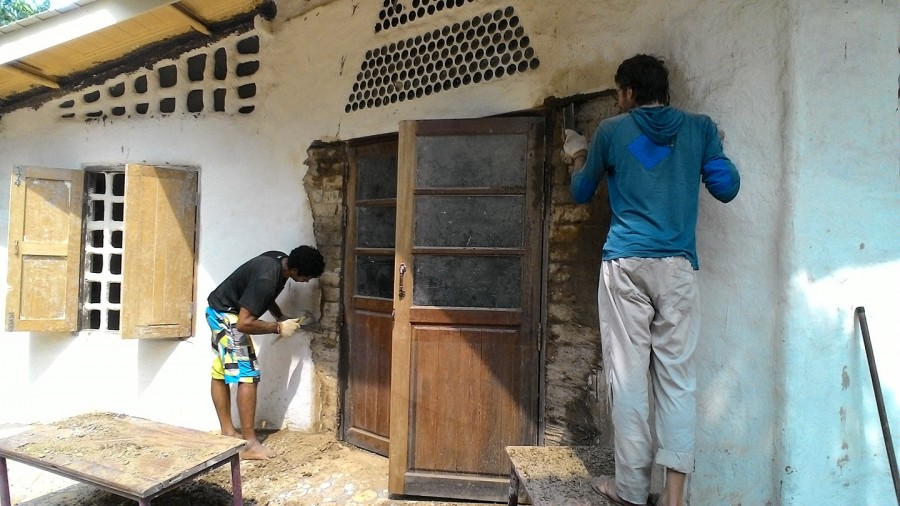 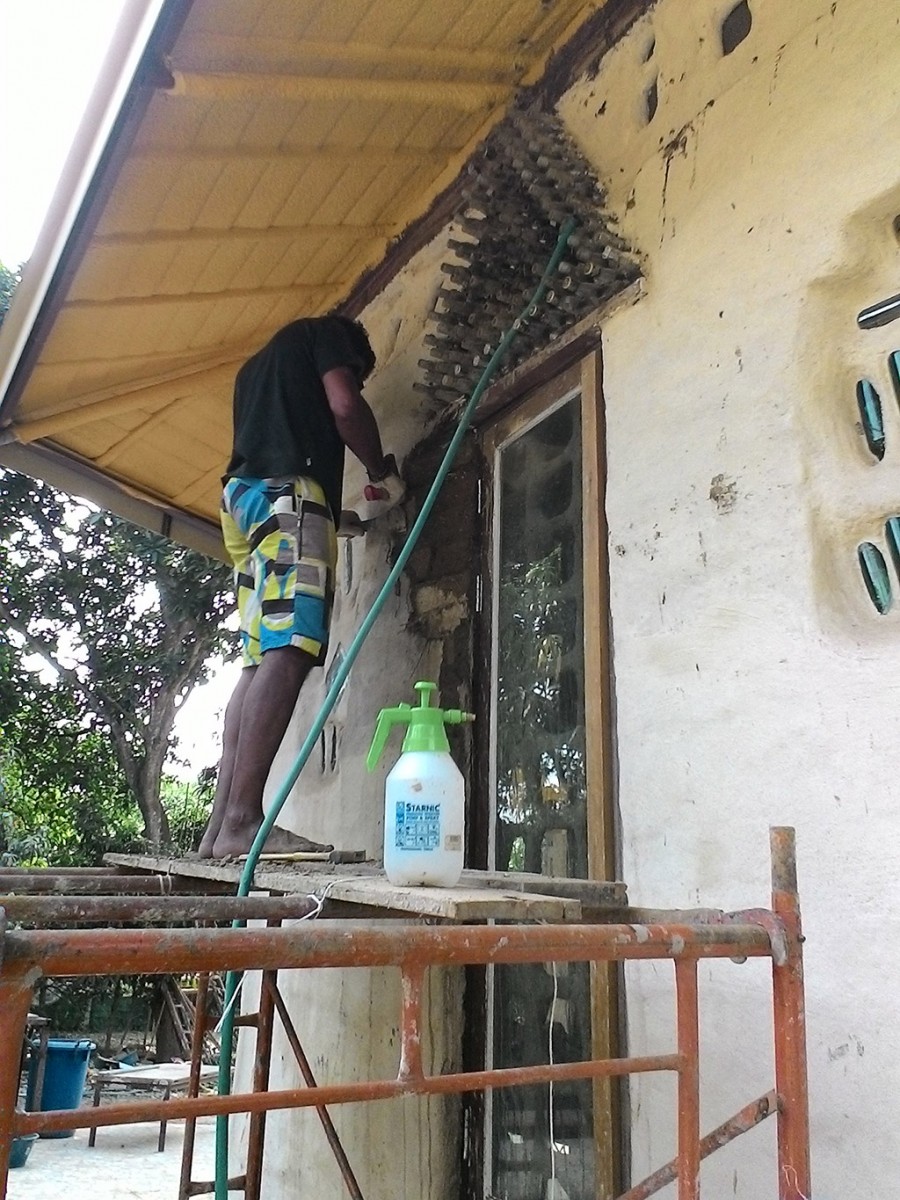 Second step, the window on the side. In that case, there is only one side window so we cannot work together. 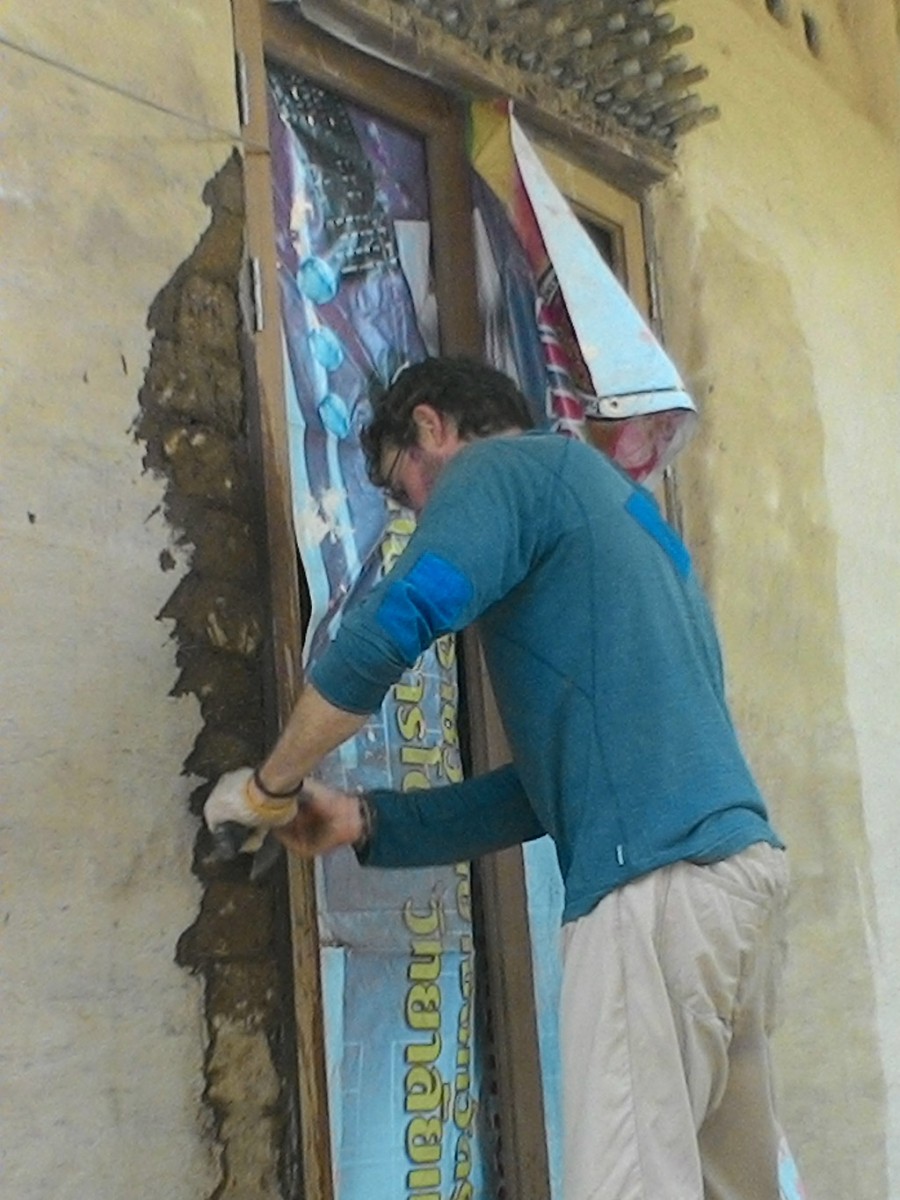 That’s why I’m attacking the last one. 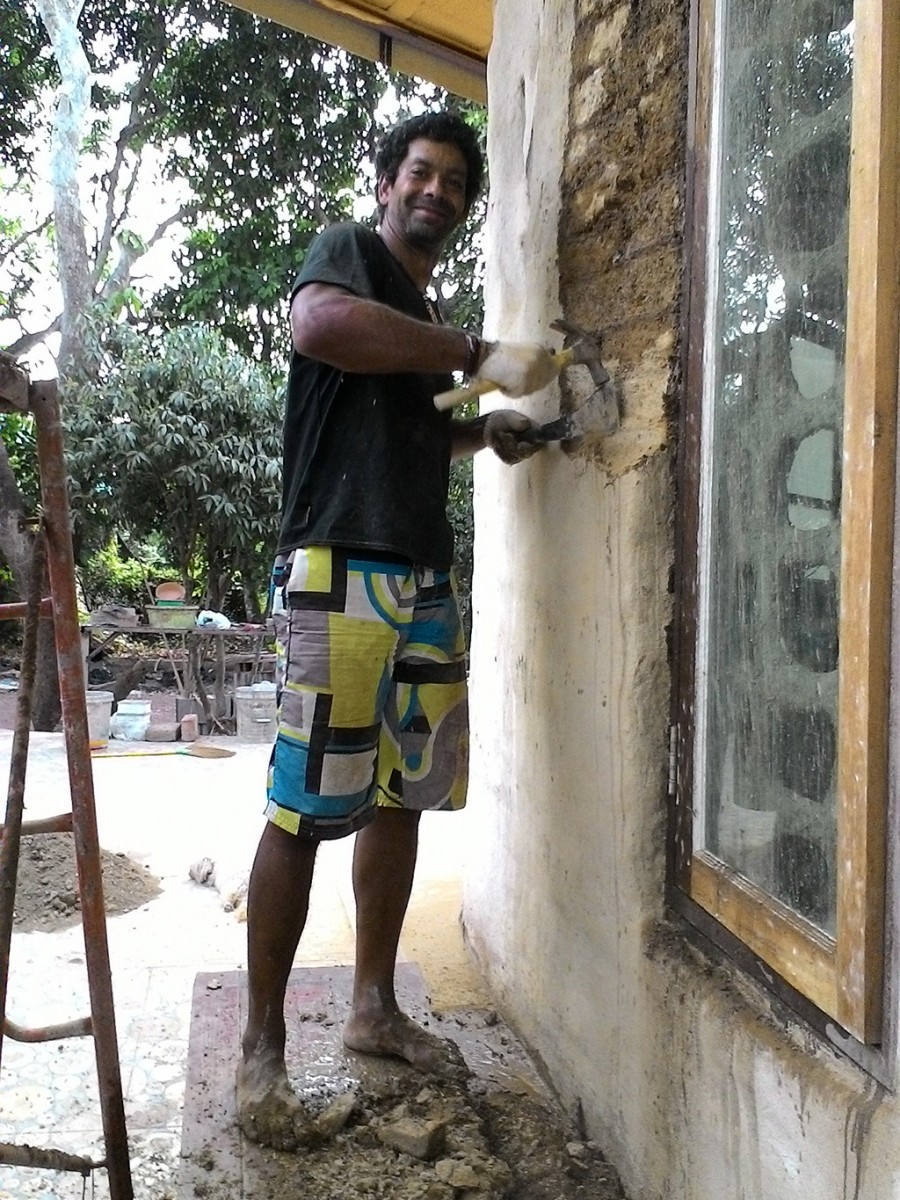 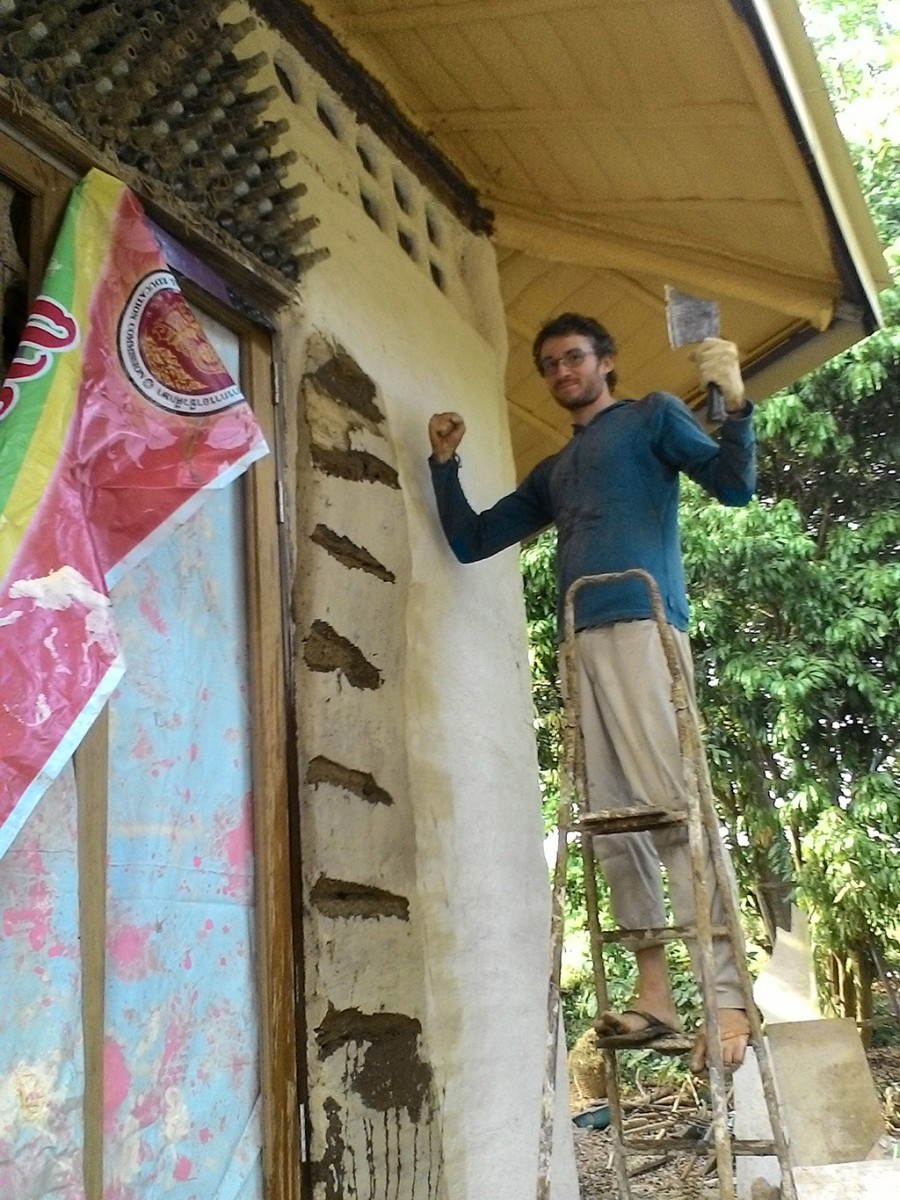 Myself :-) Pita is watching us and every now on, she waters the wall for us which makes it softer and easier to break or cut. That’s why I tried to make kind of gutter in the wall so the water can infiltrates behind the waterproof layer. 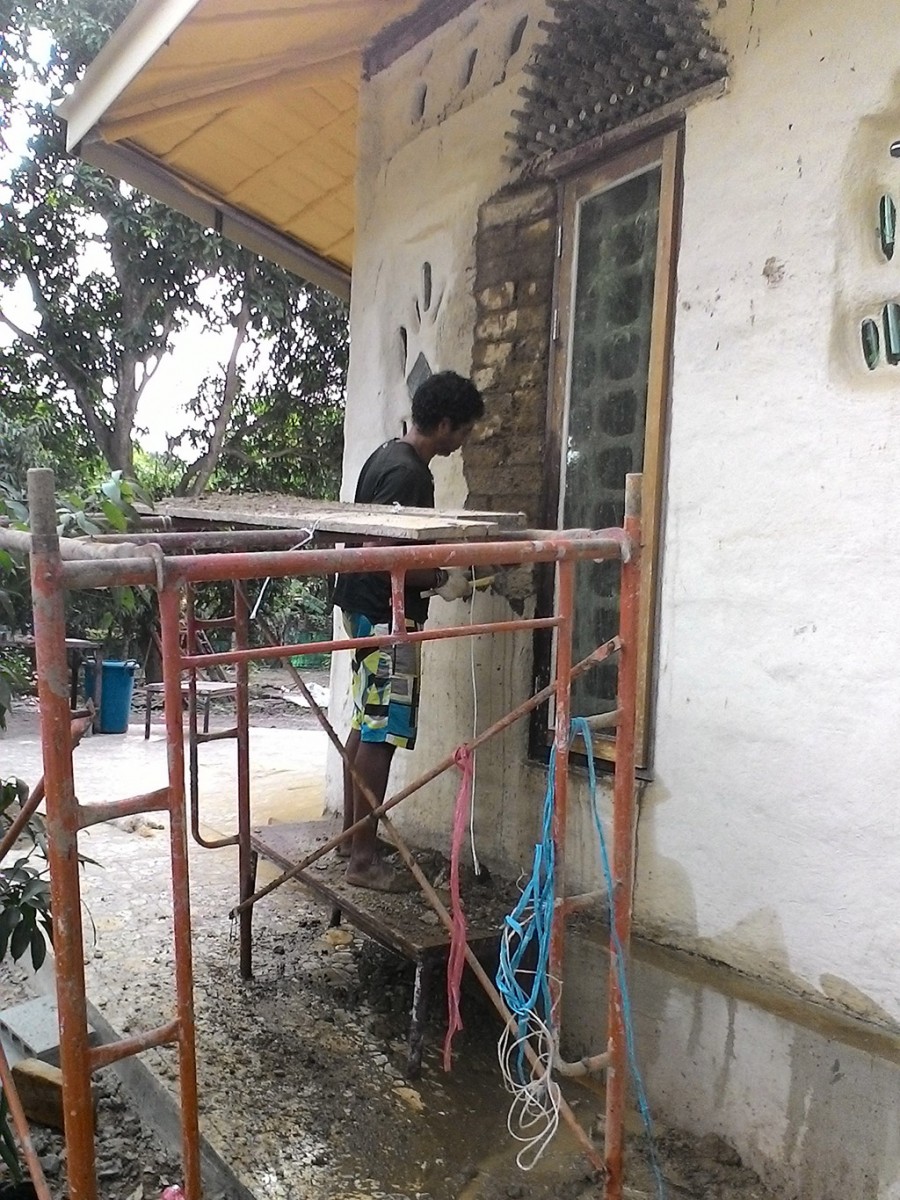 The side window is nearly done too! We work so fast :-) 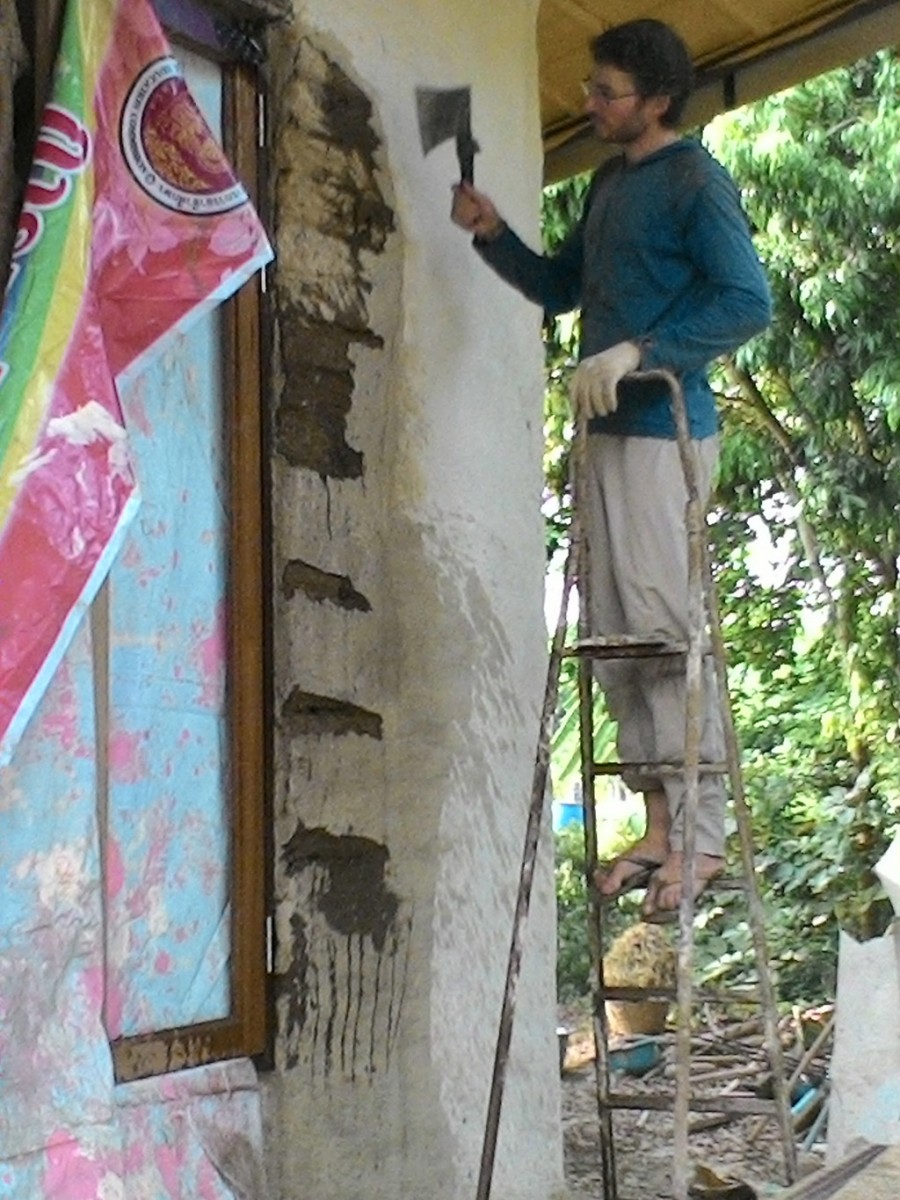 In my case it looks like I’m a bit slower. Well, I’ve done the other side of the window already. 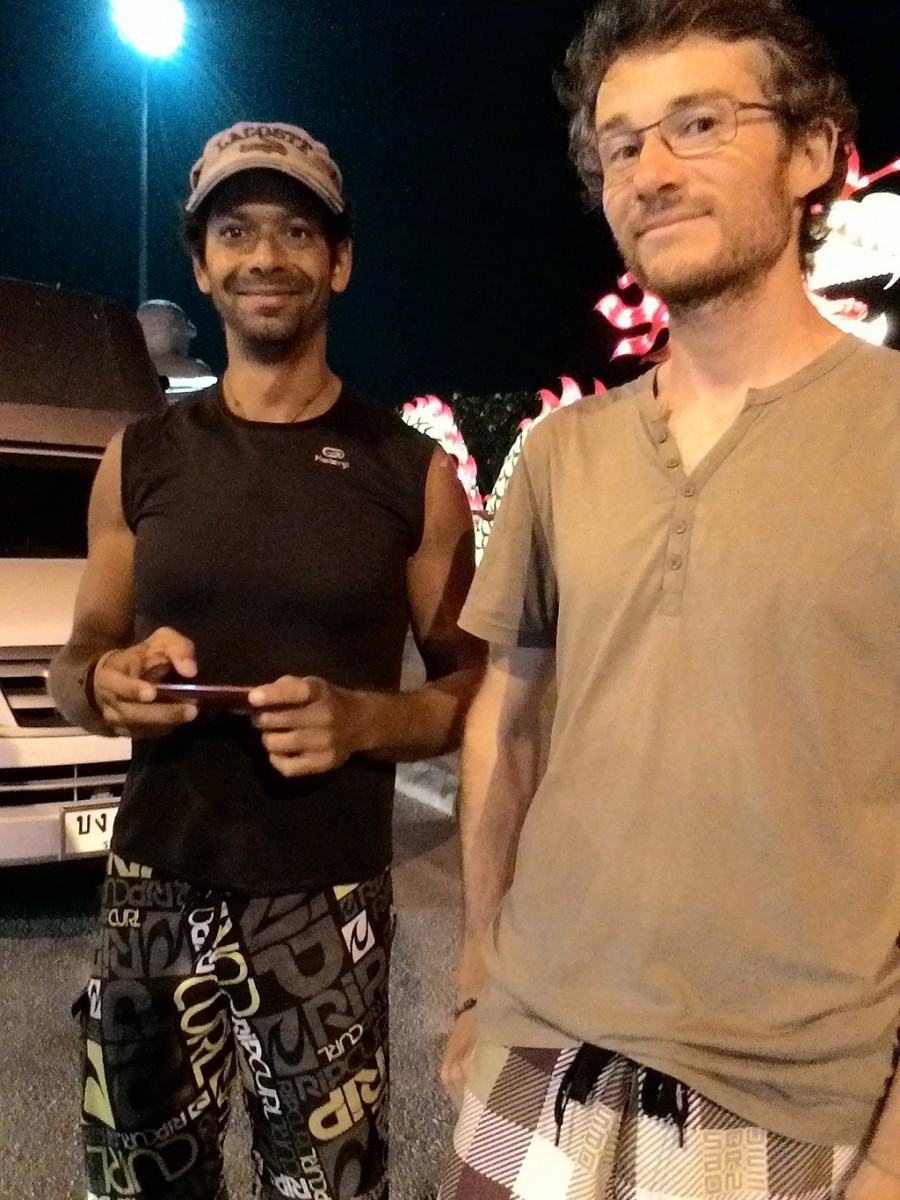 Pita told us we have done a good job today, something she would have struggled to do by herself. We came at the perfect time :-) After work, we had some lunch and then moved to Ratchaburi city centre. Pita showed us the market, the river and some other places I don’t remember because I did not take any pictures… That’s it for today :-)