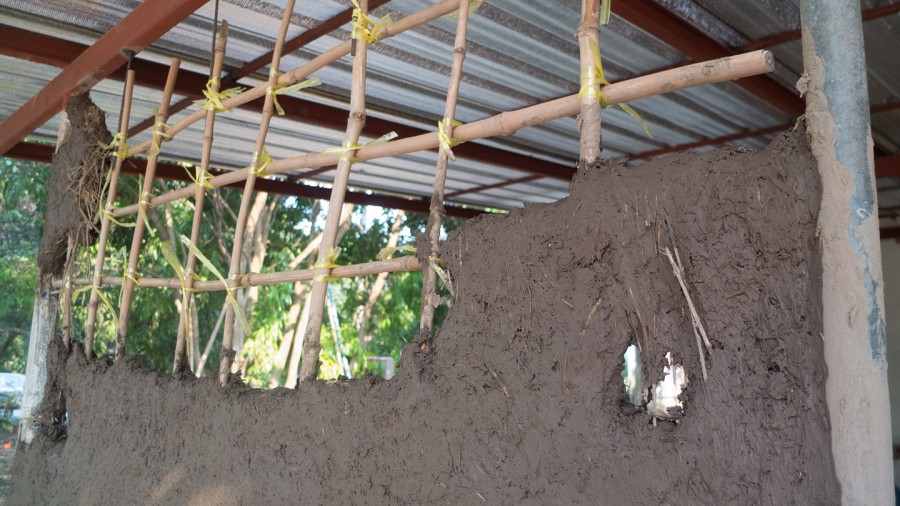 Here we are :-) Pita is showing us today how to build a wall with mud. These is not only mud of course. In that case, we don’t make bricks. To be able to build a thinner wall Pita made a bamboo frame that we are going to cover with a mixture of mud, water, straw and rice peel. Once the mixture (mixed by foot without the straw) has the right thickness, we shape by hand an handful of straw with that fresh mud. The shape looks like a long tube about 50cm long and 3 to 4cm wide. The next step is to apply the “mud pipes” on the bamboo frame by hooking them up on it and then press around to make the desired shape and flatness. This is harder to explain than to do actually :-) 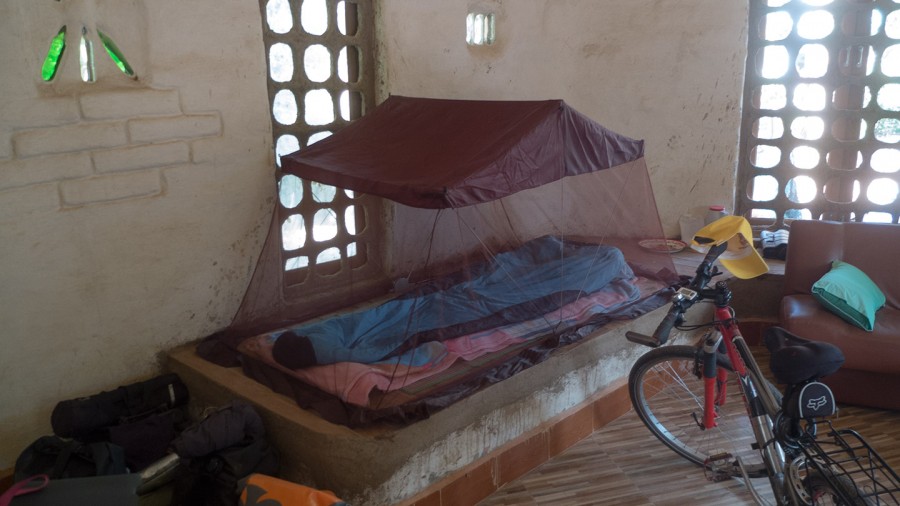 That’s where I slept last night. Pita offered to sleep in her house (she has two now :-) but I feel better in this one. 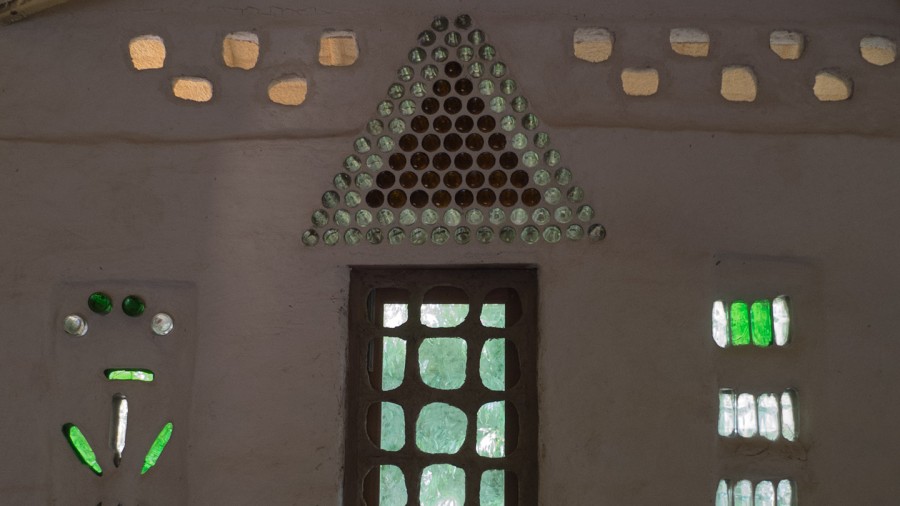 Adobe house can have any shape you like. The two windows glass on the sides are made with recycled beer bottles. The bottom part was built with bricks but Pita run out of them so she did the top part using the bamboo frame technic. 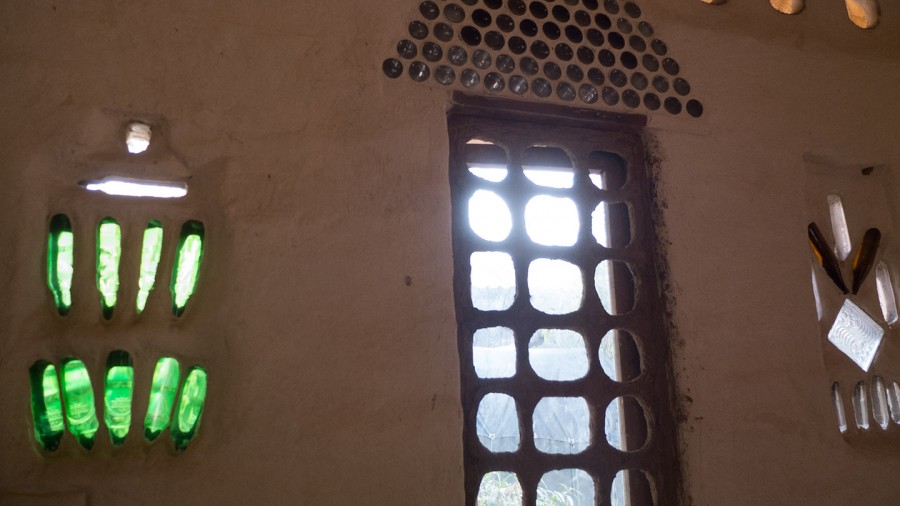 The taller window is made with bamboo covered by mud. It’s not coloured yet. It will be soon! 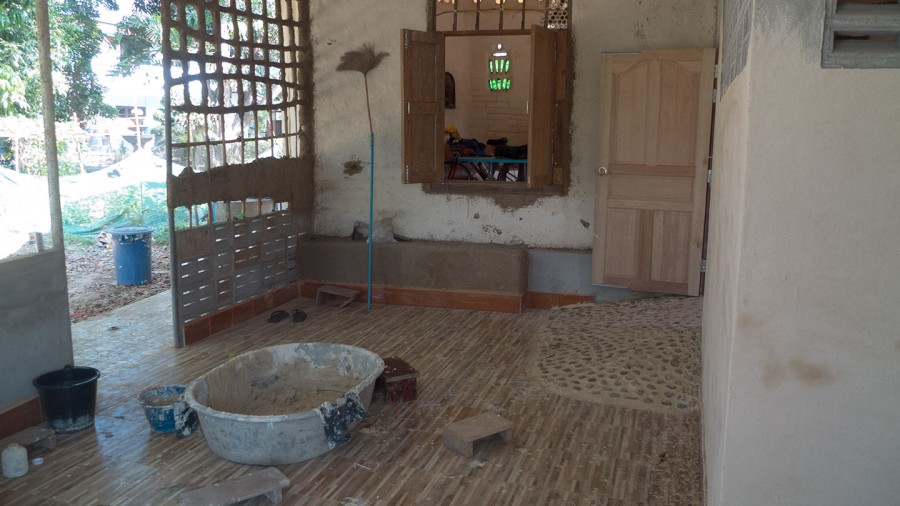 The worse enemy of Adobe house is water. Not necessarily heavy rain because there is a roof and a natural made waterproof layer on the outside. The worse is flood. To prevent this, the mud house (the part with the window) was built on a 60cm concrete platform in case the river nearby would flood. Of course, if that same house was on the top of a hill the concrete platform could have been avoided. 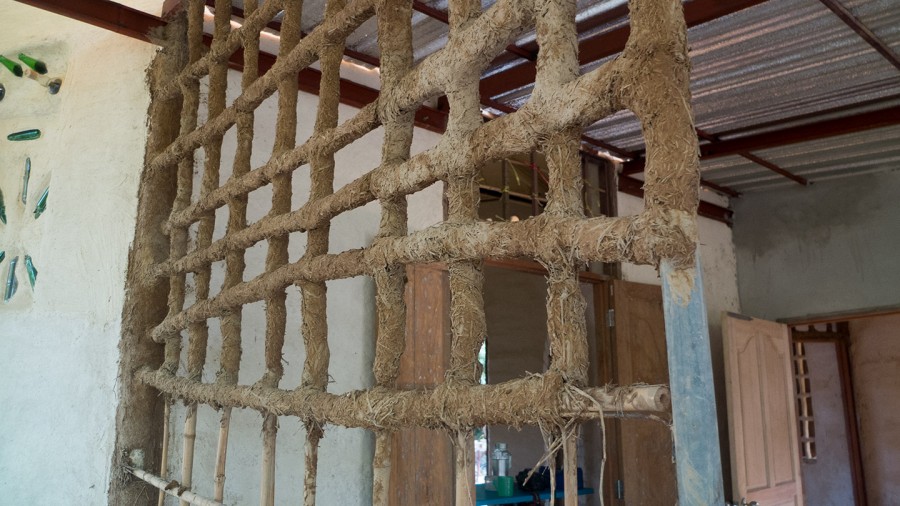 That’s another bamboo window that’s not finished yet. 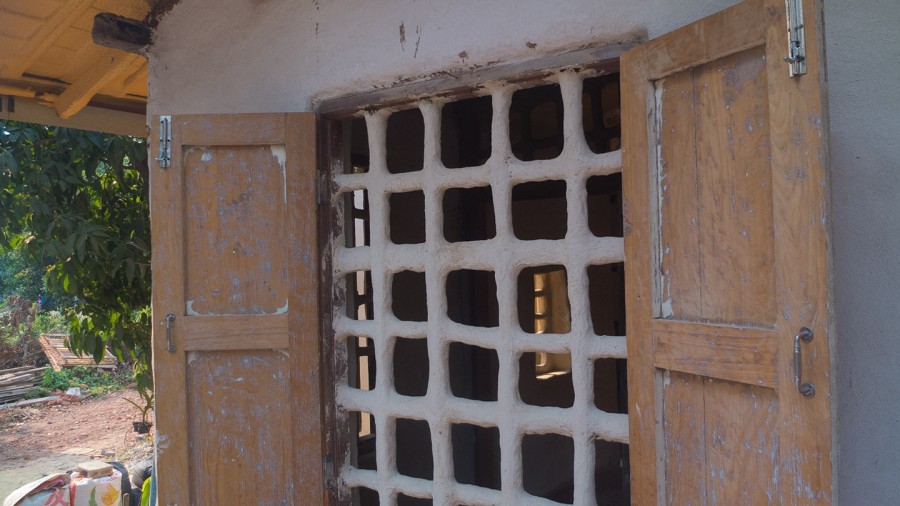 This one, contrary to the other, is finished. Of course, this could be replaced by a modern window but budget wise that’s not the same price! 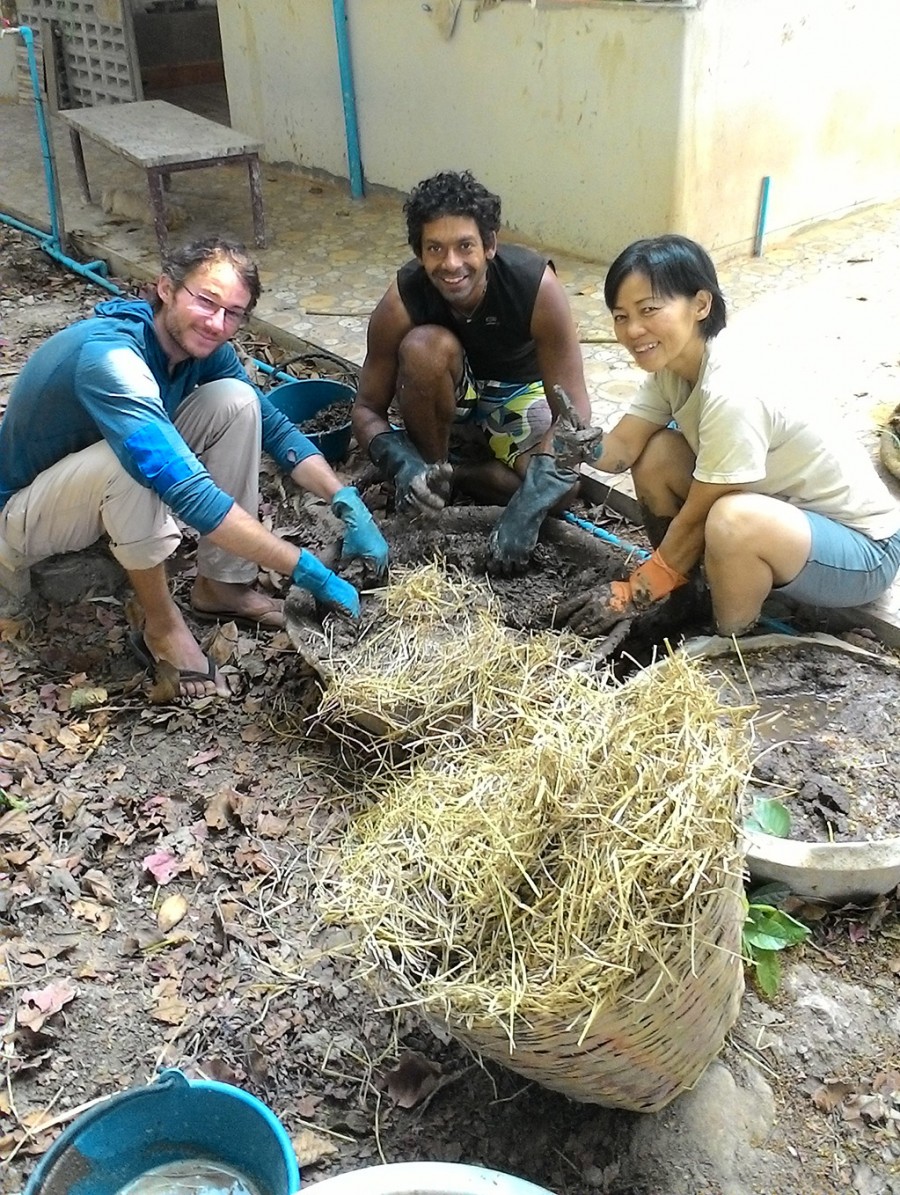 Here we are! playing with mud almost like kids :-)