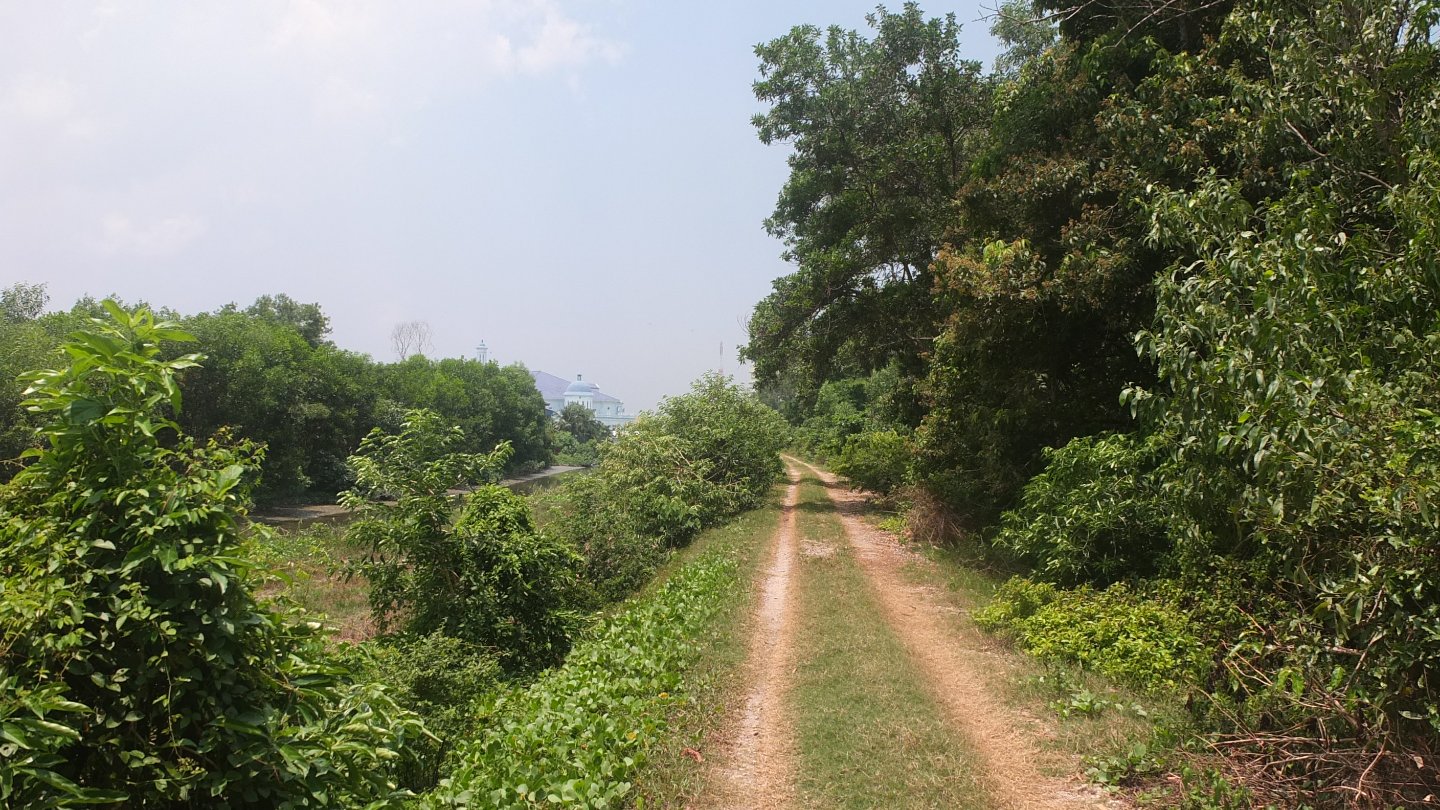 First day travelling in Malaysia! Wow finally I made it. It was hard to wake up this morning but I’m happy to be on the road again :-). For now, I want to reach Singapore or around and then cycle north on the east coast. In about two weeks I will be back in Malacca for one night only because I must collect a parcel. First good thing about Malaysia, there is not that much traffic and I can find some roads, even path with no one on it! Well almost, because I’ve seen goanas, monkeys and other birds :-) 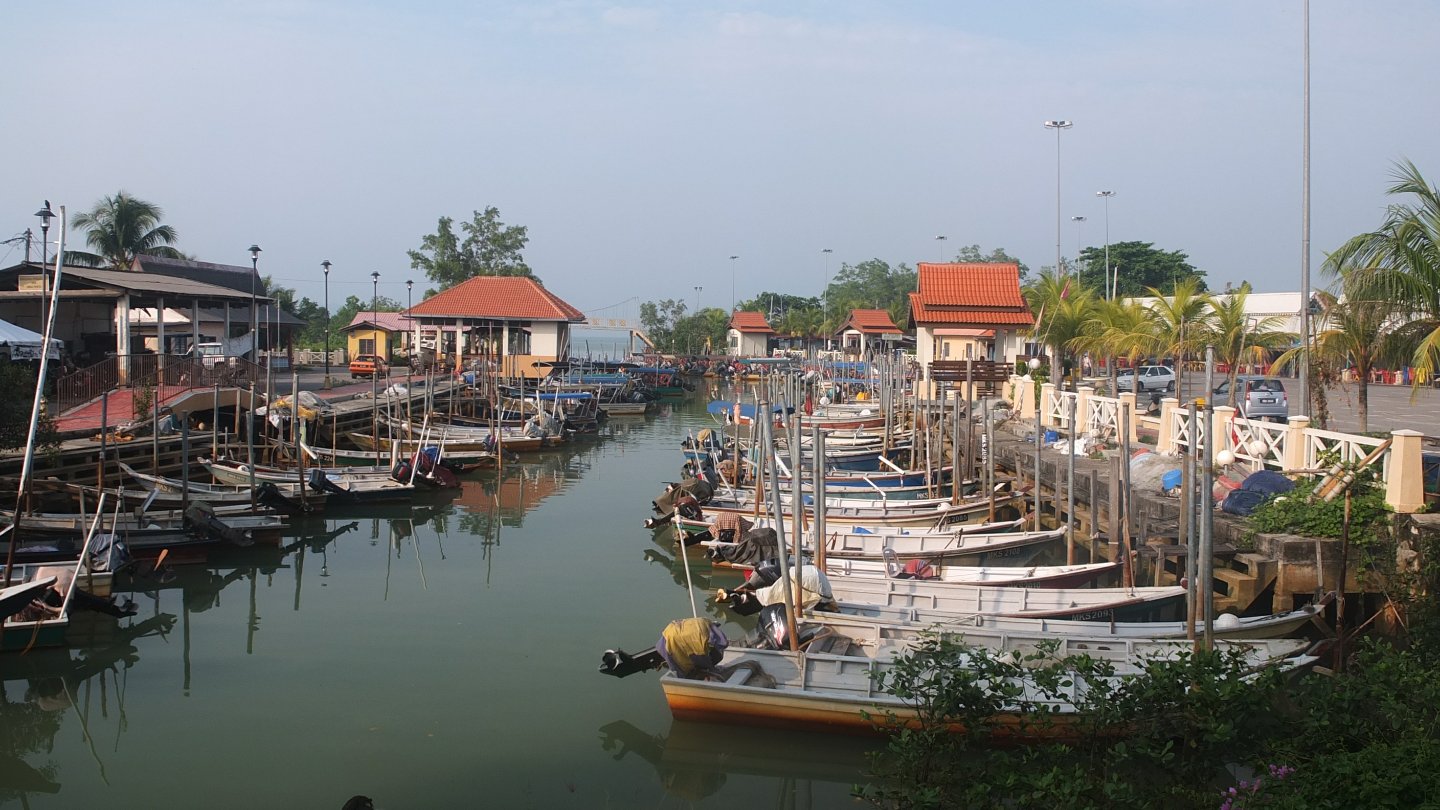 This morning I was ready around 8am. I could say good buy to Abdou and Bilel before I was gone so that was good. The most difficult part of the day was to find the way how to go out of Melaka. All the streets in the city centre are allowed in one single way. So the first thing I’ve done is to ride on the wrong way for maybe 500m to avoid riding 3km around the block. Then quickly I could cycle onto small and quiet roads with no traffic. 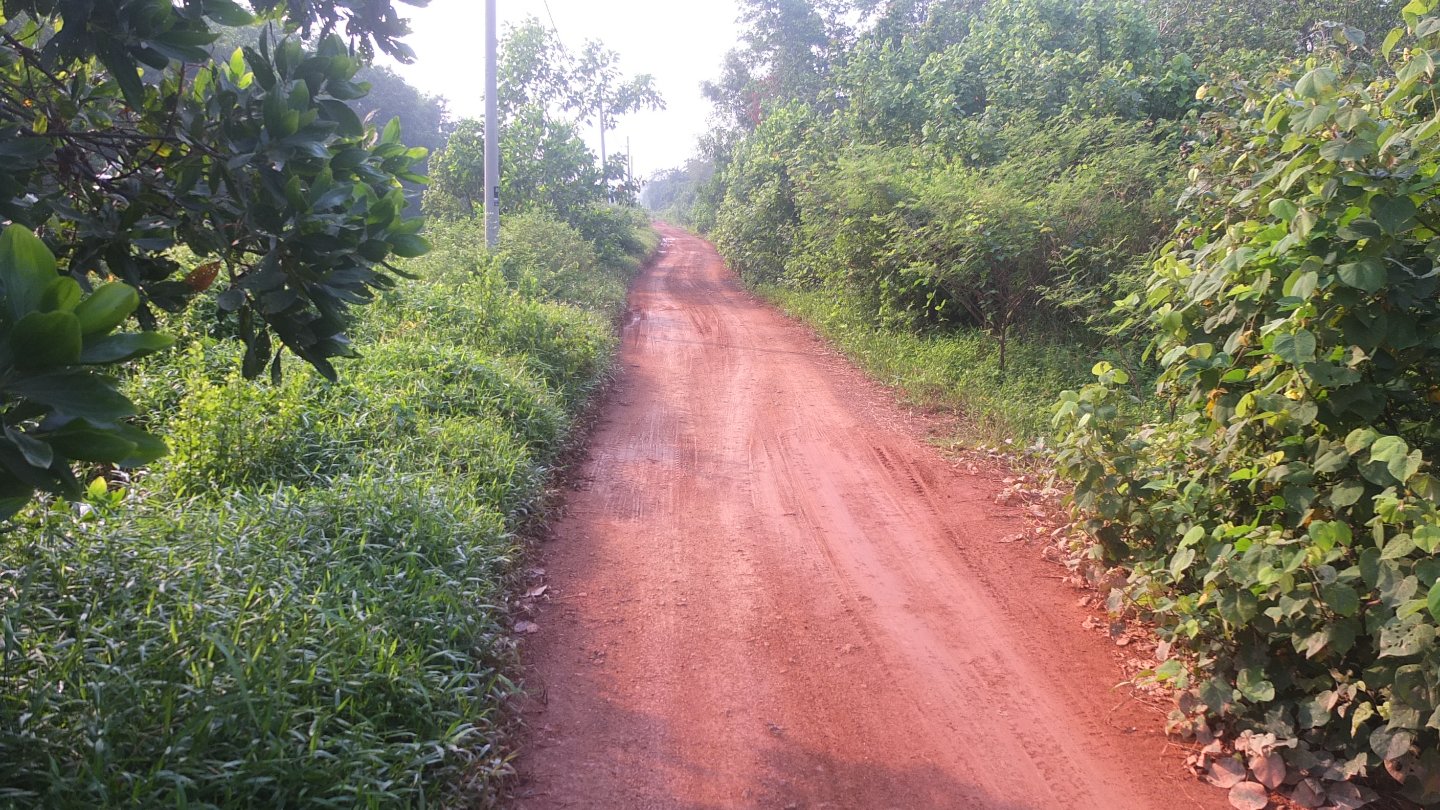 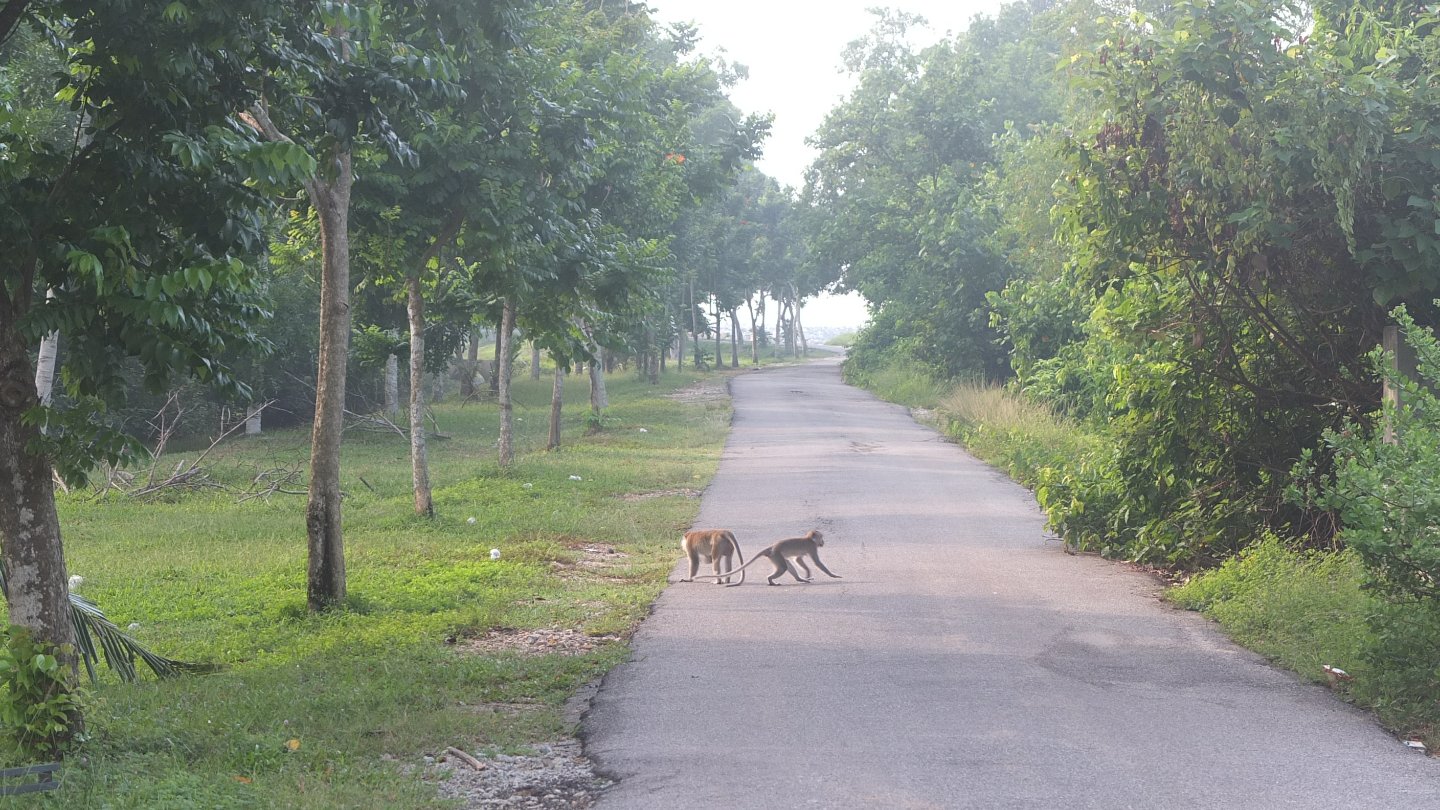 There is lots monkeys as well here. 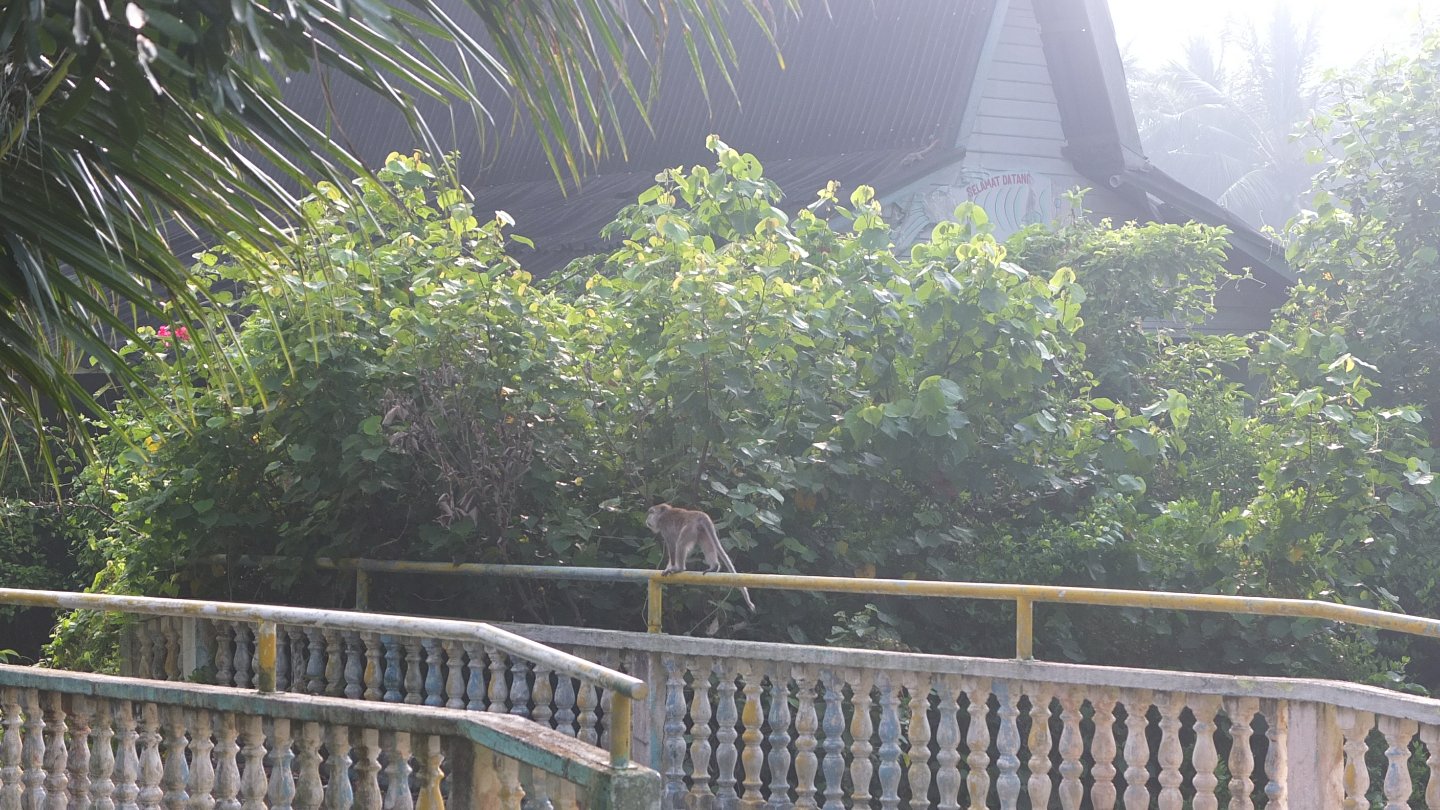 Lucky me, like the other animals they are afroad of my bike :-)

These poles are heading to an island and bring electricity to it. That’s visually not very nice… 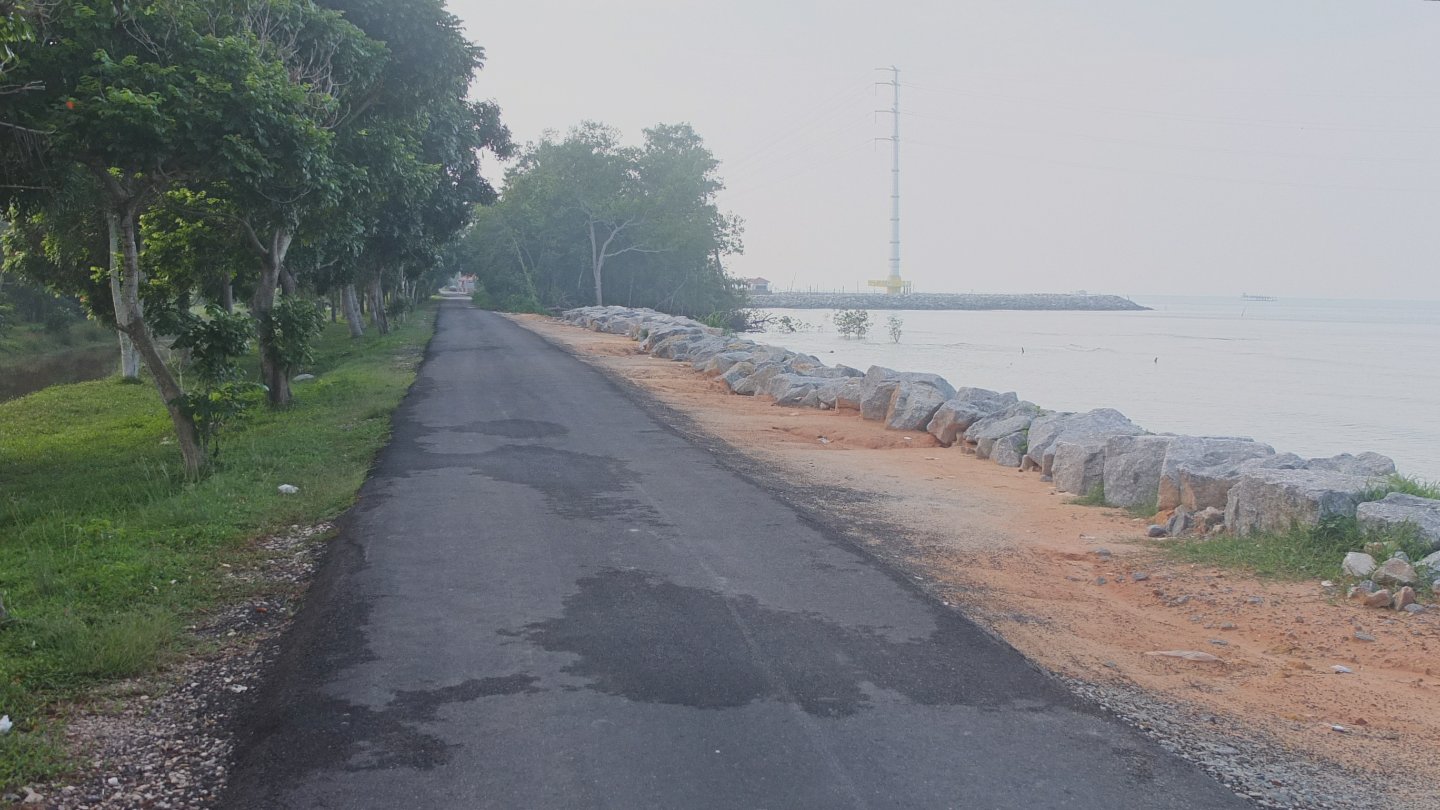 At least I’m not on the main road. I could easily sleep here but it’s too early :-) 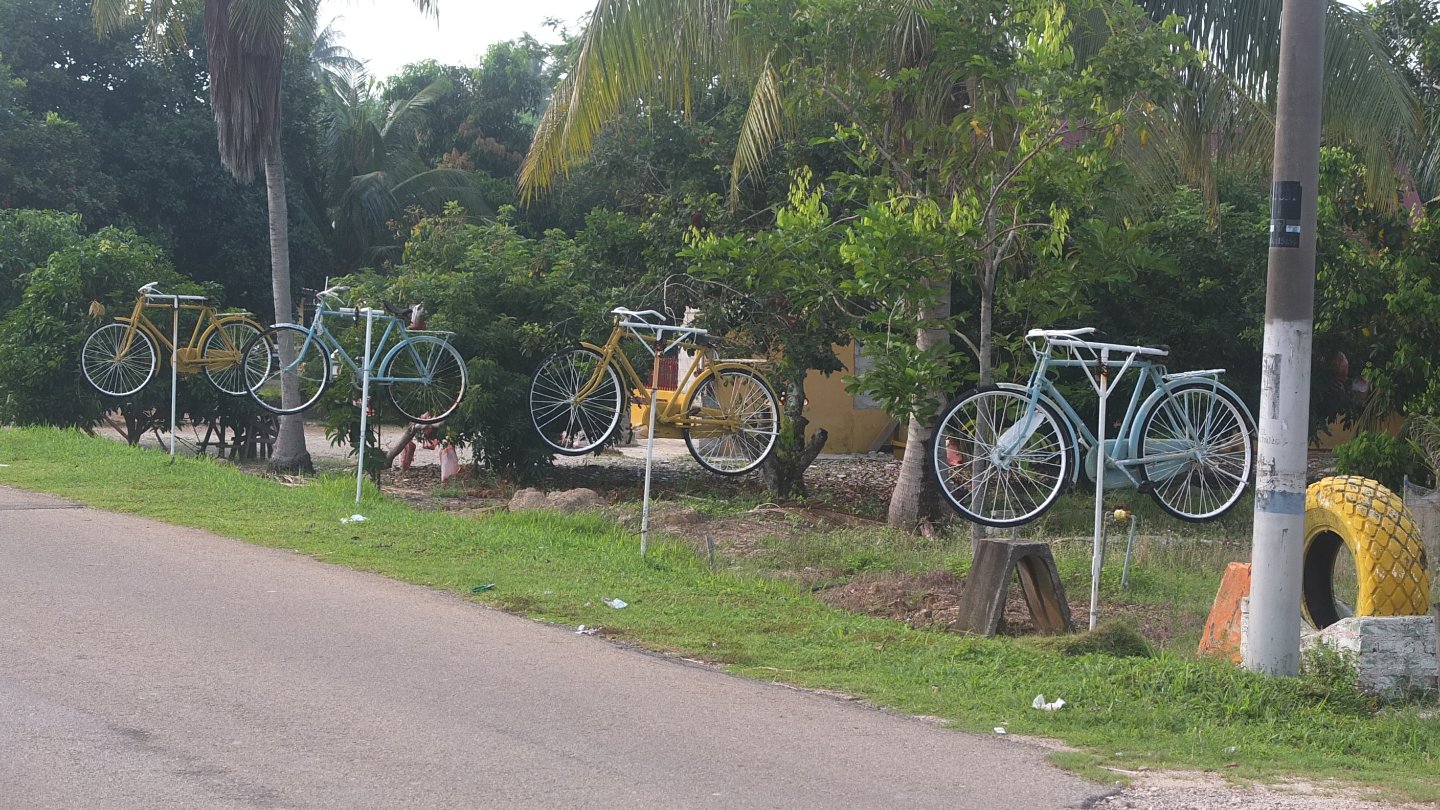 I don’t why it’s here but this is good! Yes, bicycles! 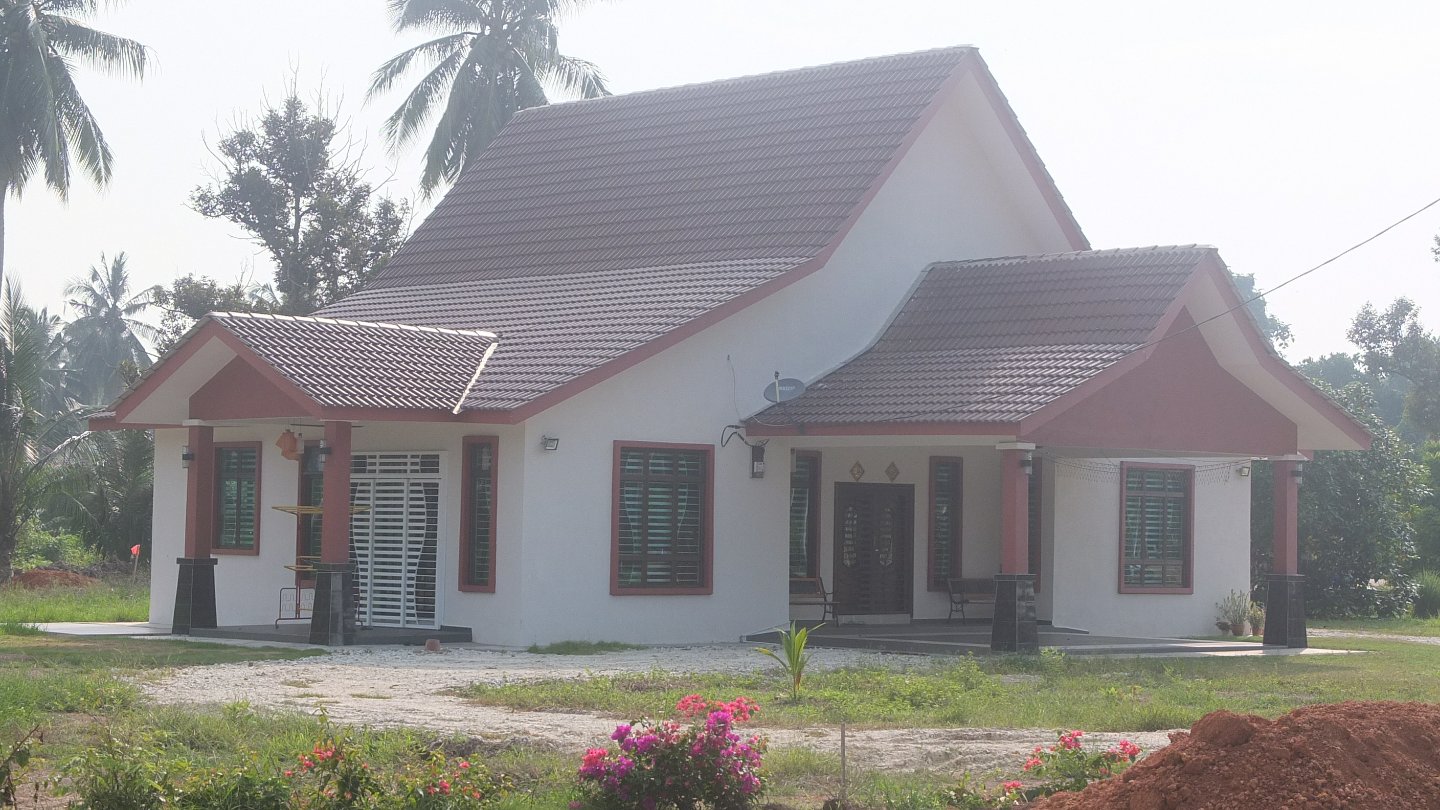 The kind of house here is different compare to Indonesia. This is easy to understand that Malaysia is a new rich country. I think the tourist economy has an important part here. 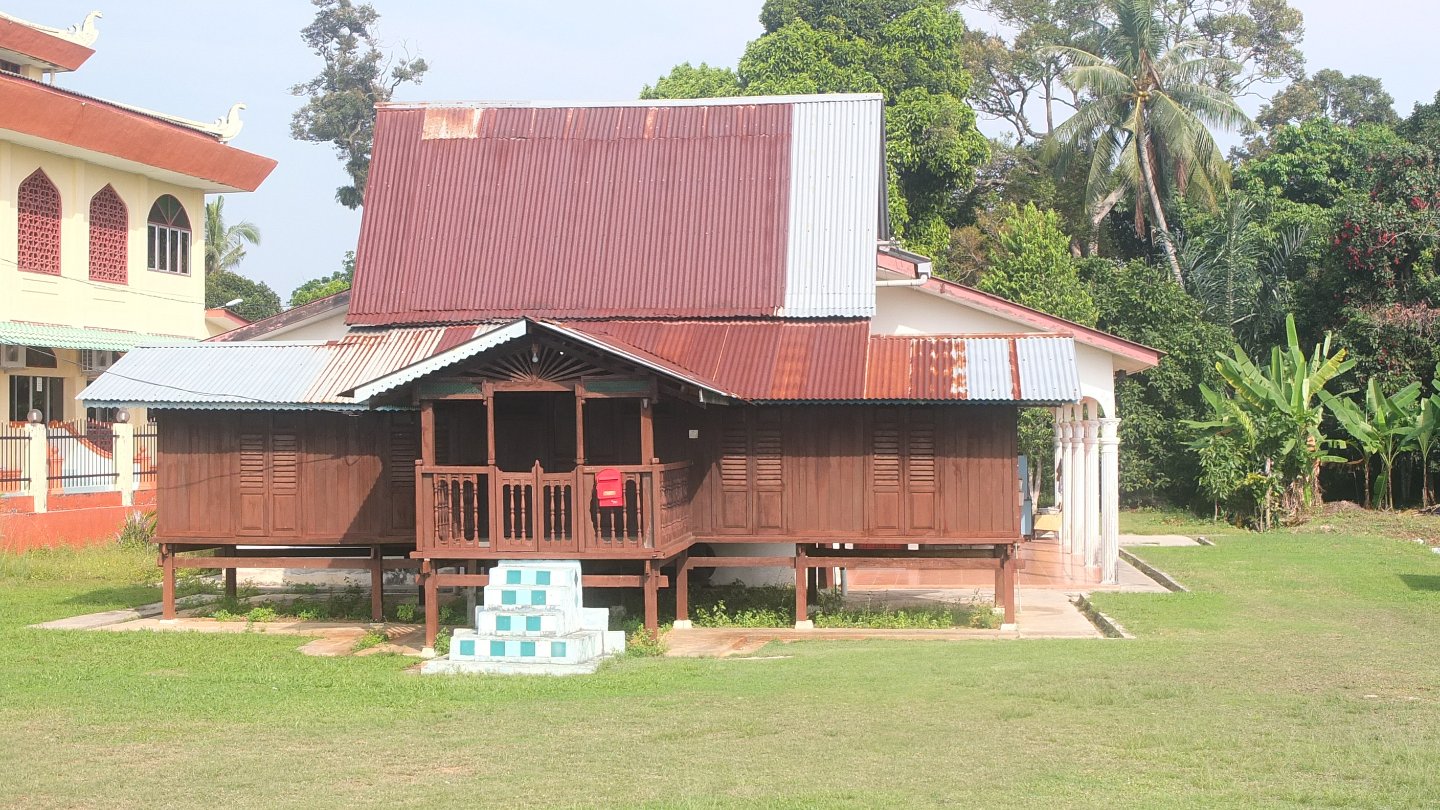 I’ve seen lost of house with that style here, with the stairs and this little entrance door. It must be some kind of historical design. 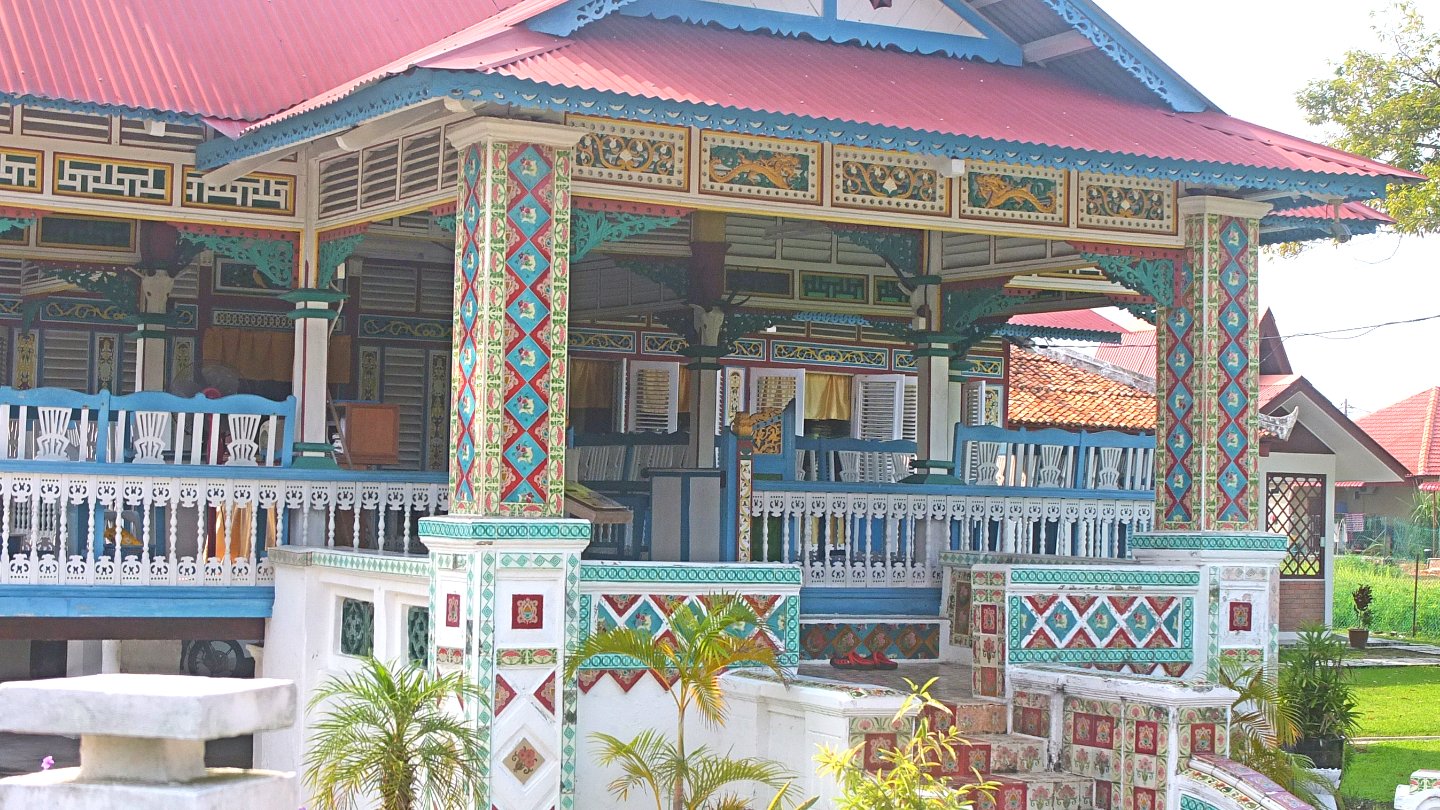 Or this one except it’s the first house I see like this. Super decoration though! 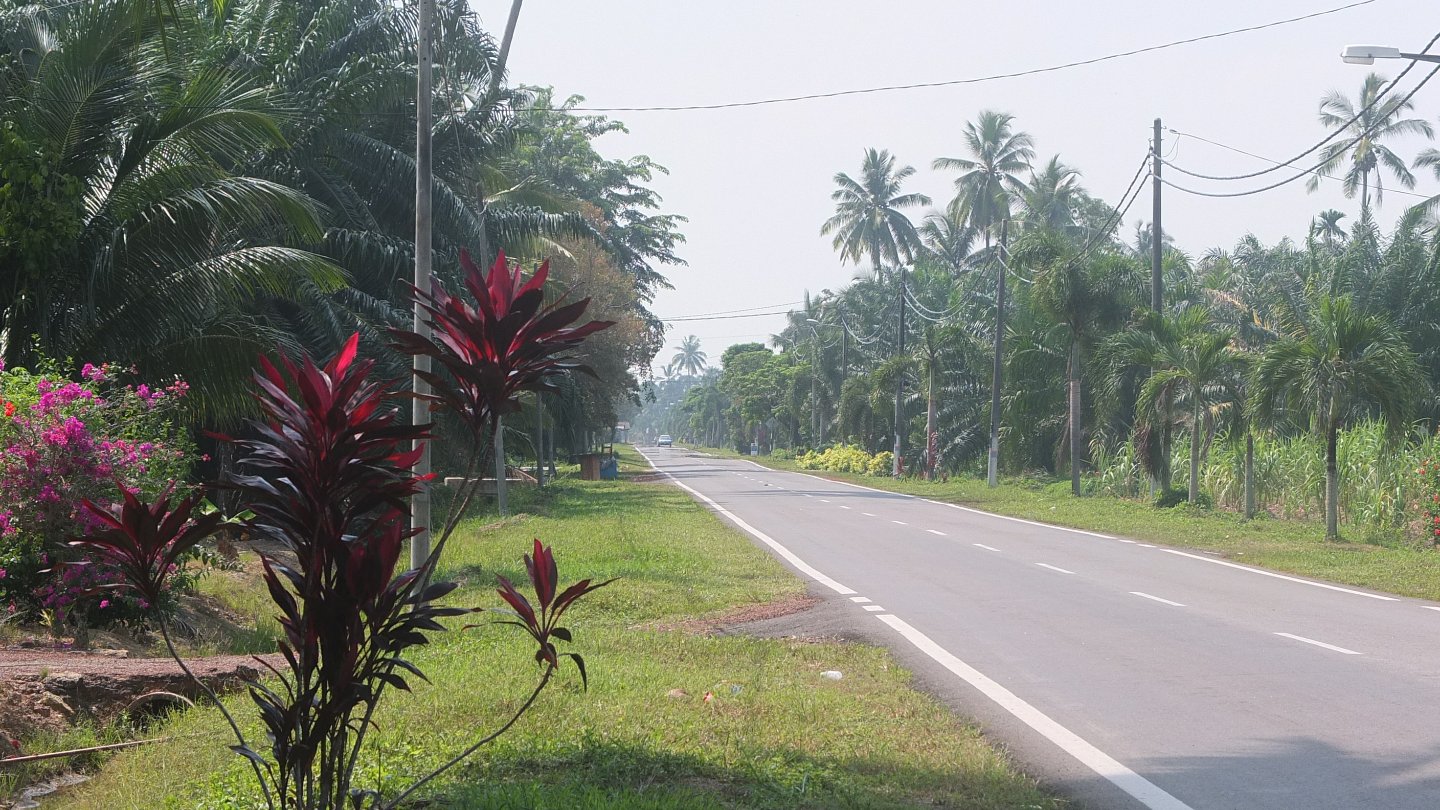 The road, is a bit bigger but the traffic is still low. 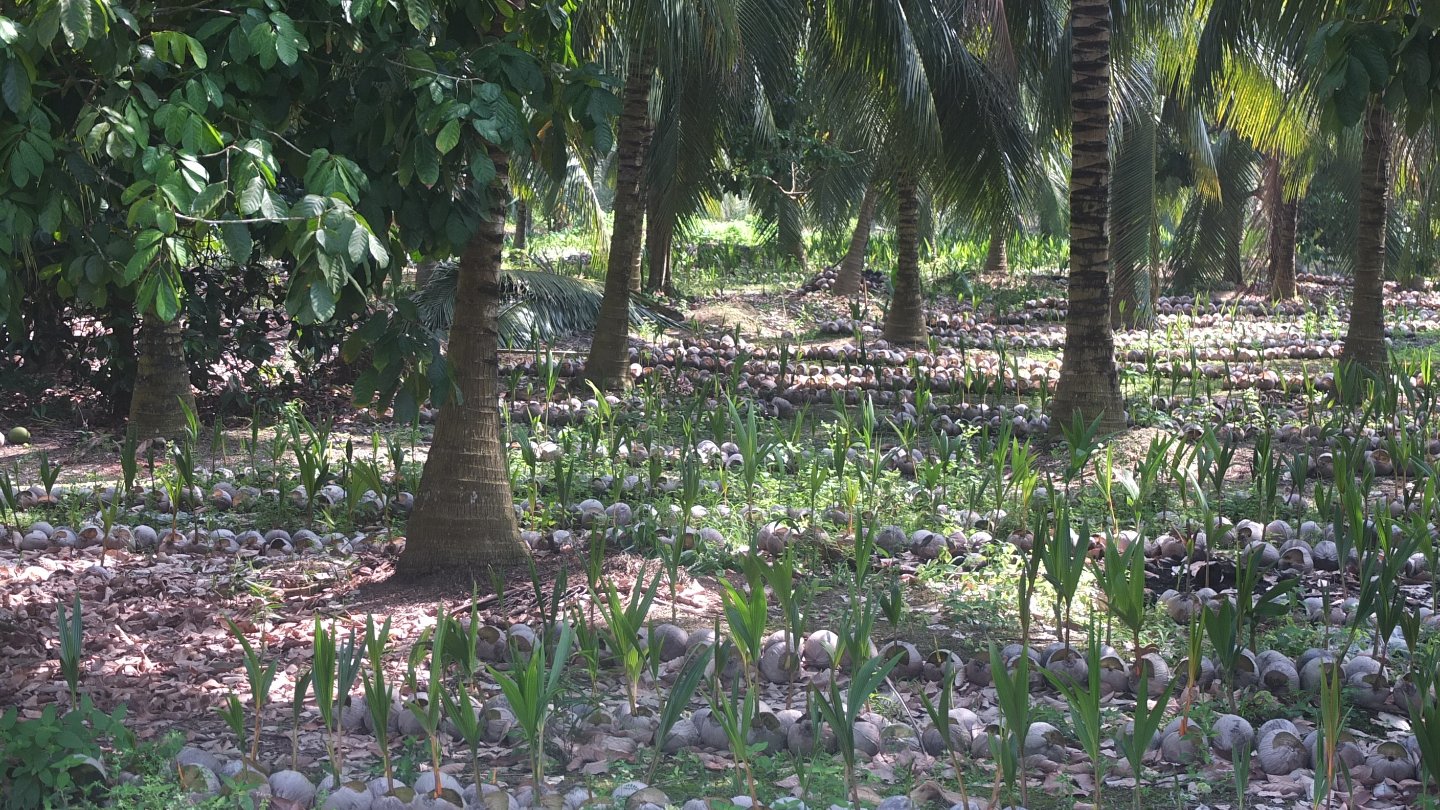 There is lots of oil palms farm around. 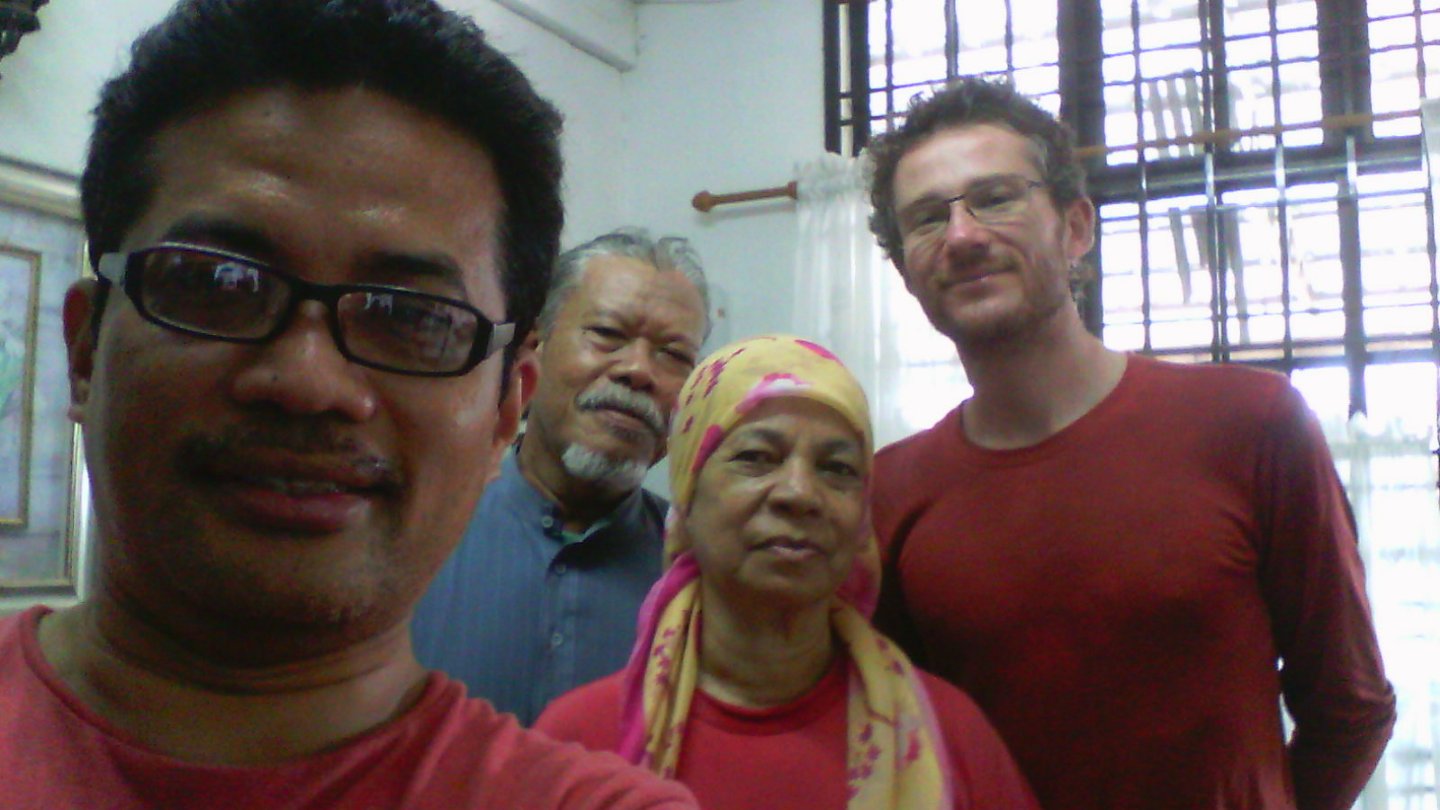 During I was cycling in a little town, looking for a place where to eat or another quiet road, a car overtook me and the guy at the back offered me a drink. His parents live really close and I followed the car. This is how I met Kamarul, his dad Mustafa and his mum Anom. I stayed maybe 30 minutes with them, especially Kamarul because his parents don’t speak english. Then, they have to leave and explain me where to go to for the next hour of my trip. Thank you very much :-) 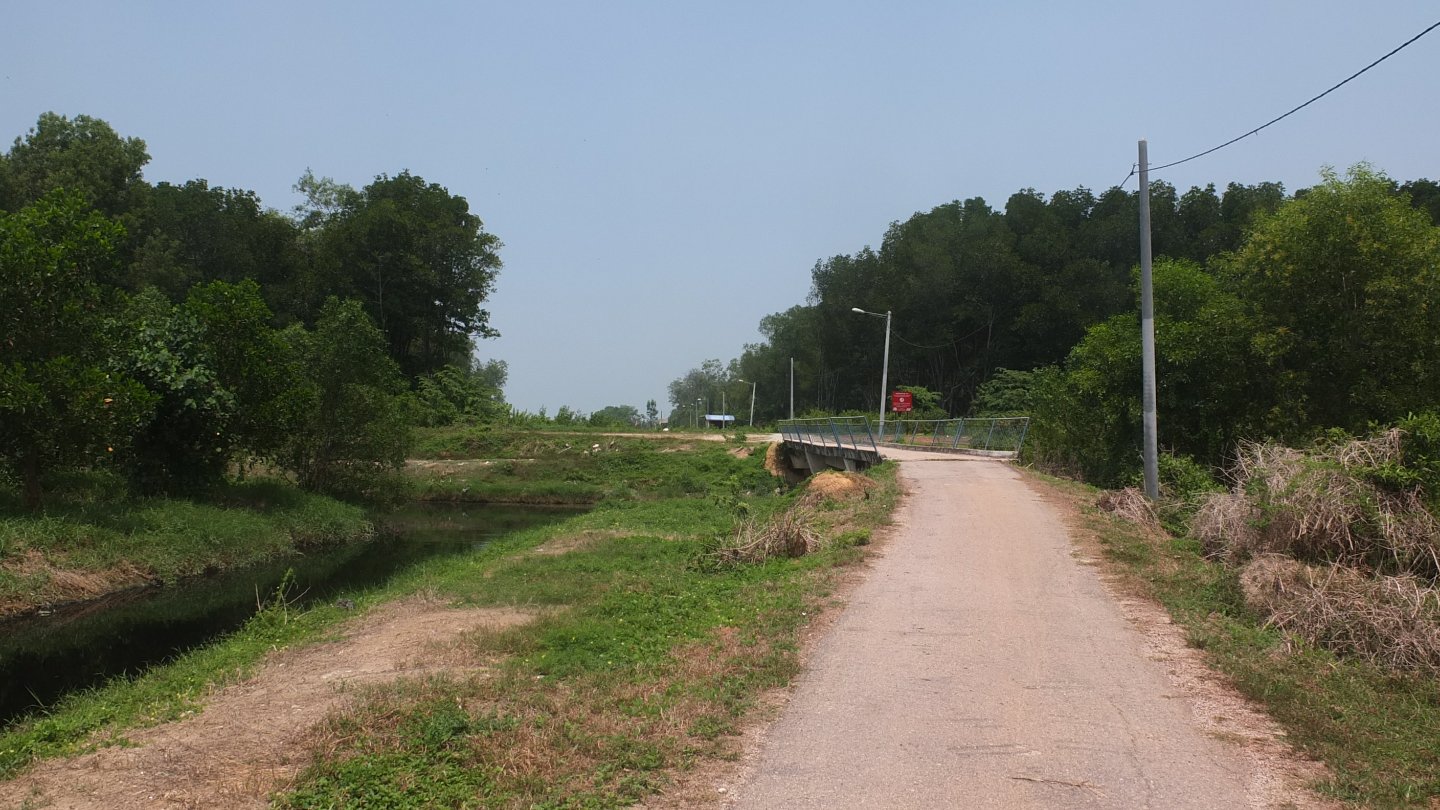 So, after the bridge, Kamarul told me to turn left. or right, no left!

Nice path. I’ve seen lots of goanas here but I was too far to get a good shot and goanas move too fast.

After this path, I got to a big mosque as said Kamarul and I stopped in a park next to it for 2 or 3 hours. I thought I found a quite spot but did not have the time to breath that a car with 6 guys stopped next to me and surrounded me with their questions and cigarettes. I don’t mind the questions but the cigarettes… Fortunately they came here to have a nap so I followed them.

Maybe 2 hours later, they left the place and another guy came around to take some pictures. When he saw me, he asked me the common questions and before he was driving home to Malacca he came back to me and gave me his visit card. He wrote his personal number on it and told me that if I had any trouble I could call him. Thank you :-)

Finally I met another guy with his son who leave further down in Batu Pahat. I will be there certainly tomorrow around lunch time. The guy was cool and we had a chat for a while until I got hungry and left to get something to eat. 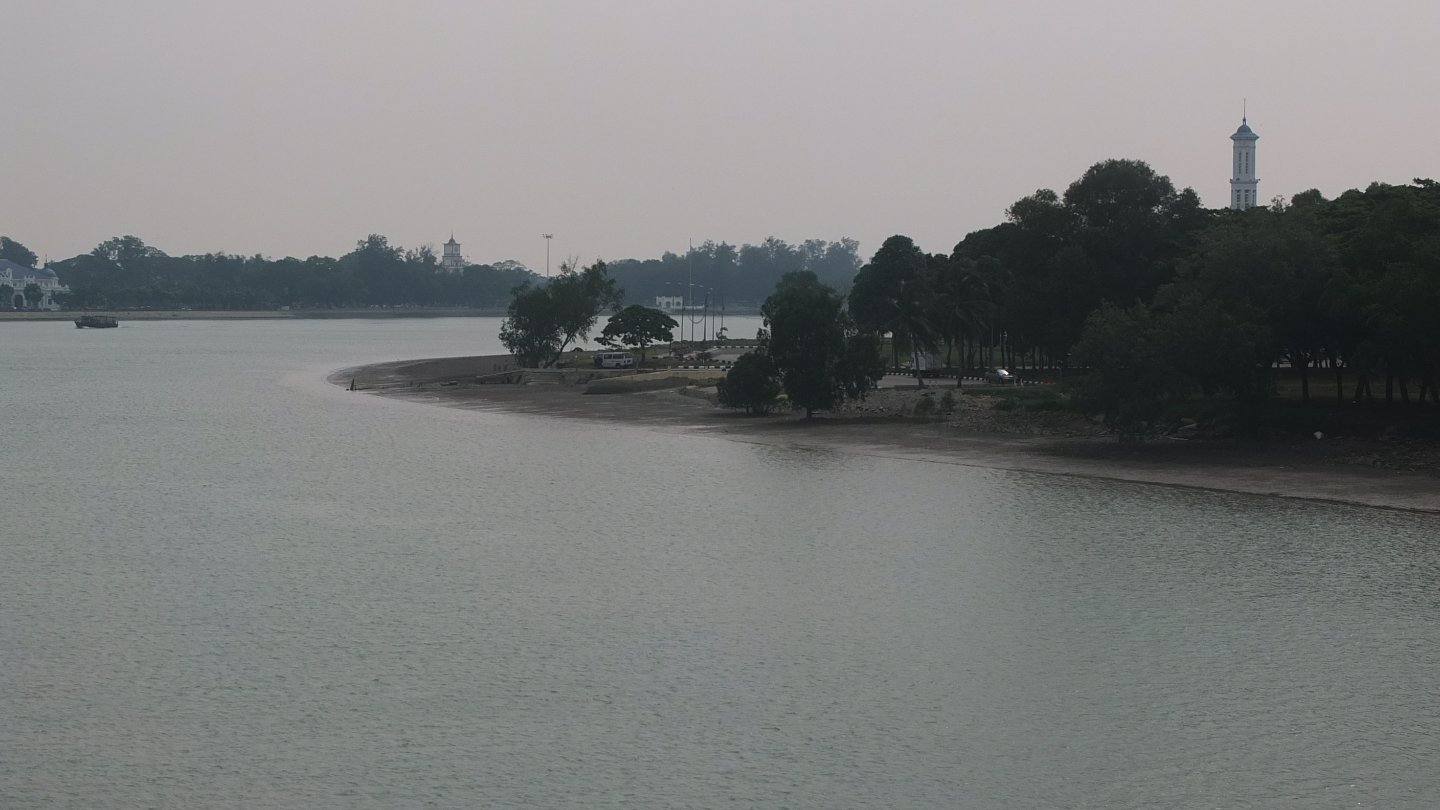 This is where I stopped for few hours on this kind of beach. 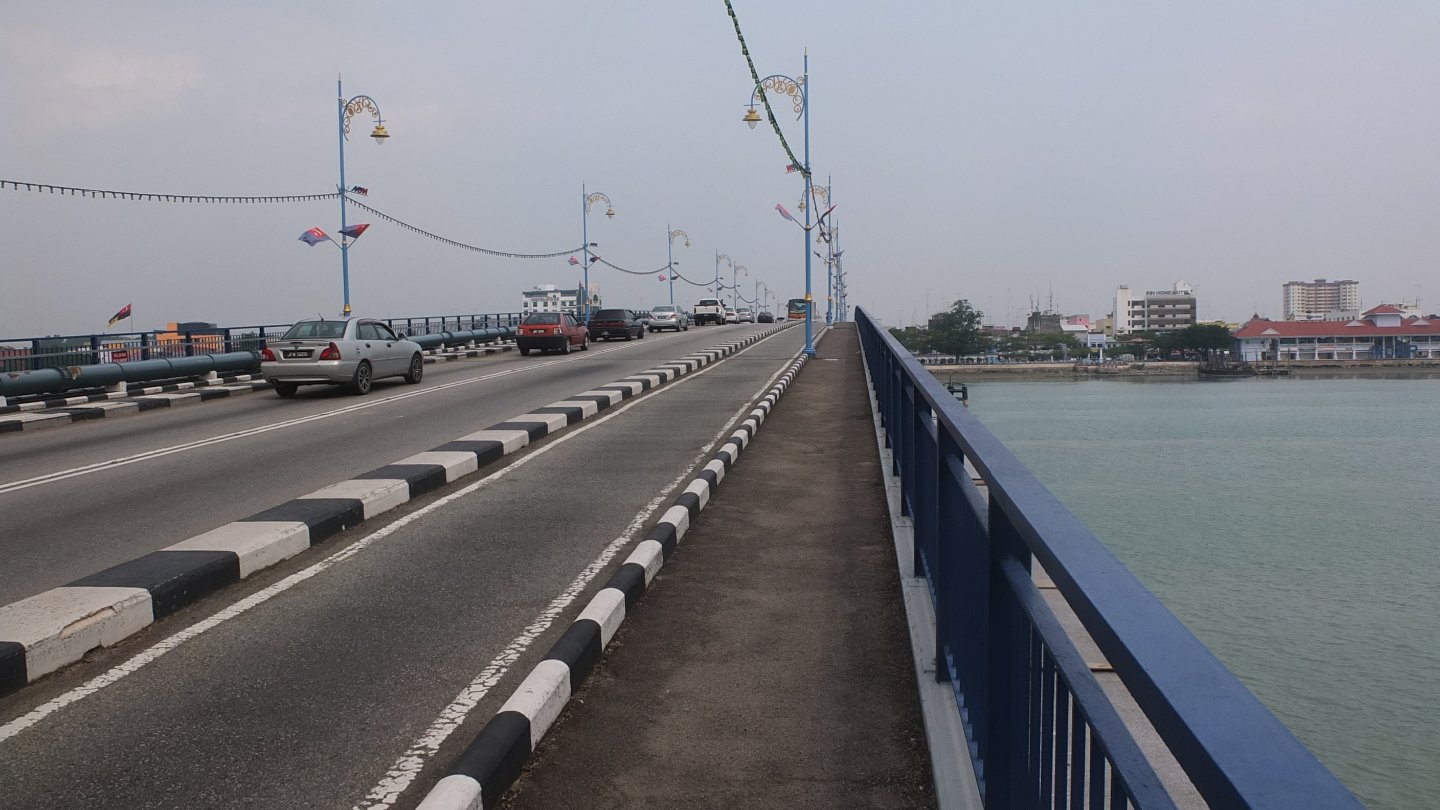 On the other side of this bridge, the city Muar. It looks much bigger than I thought so I won’t visit it. 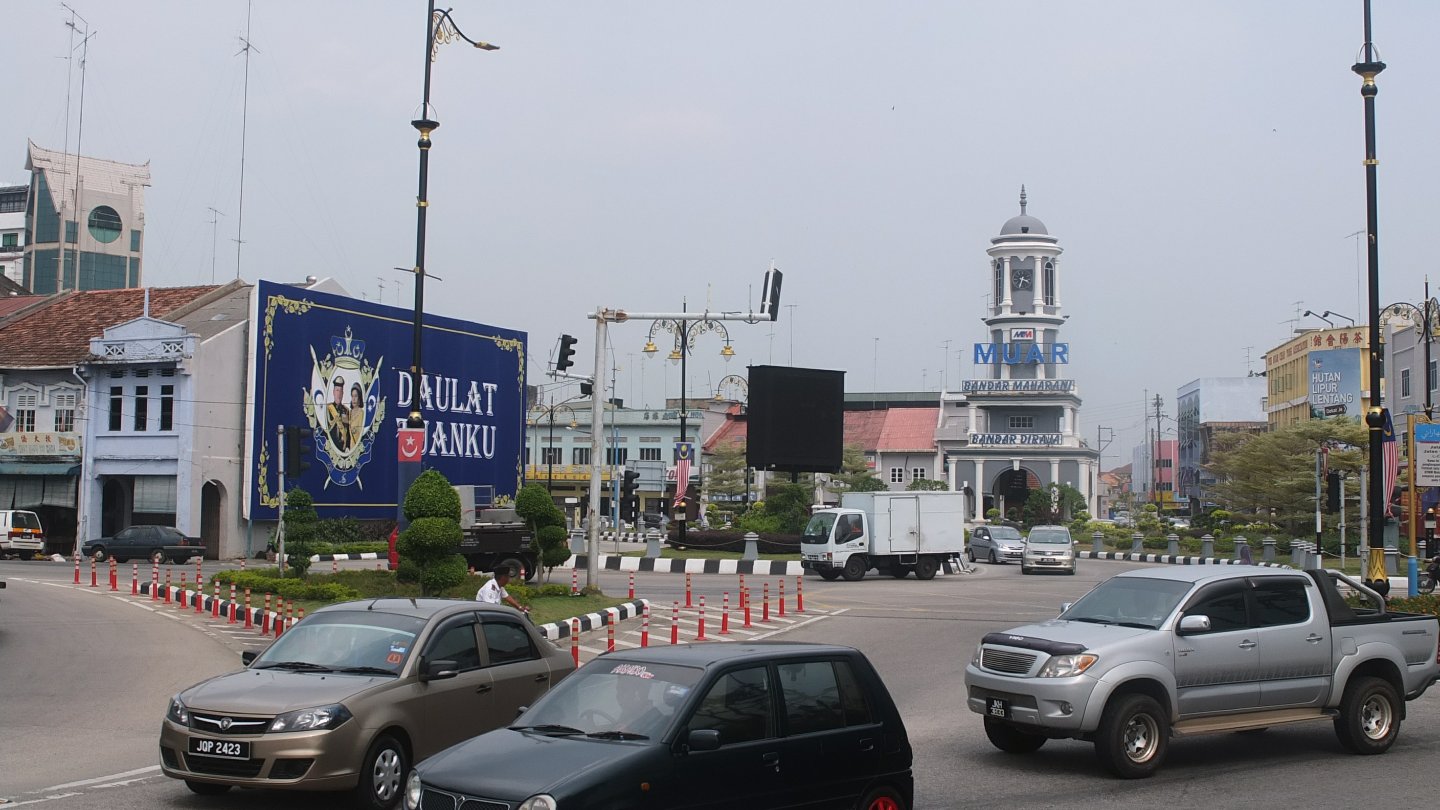 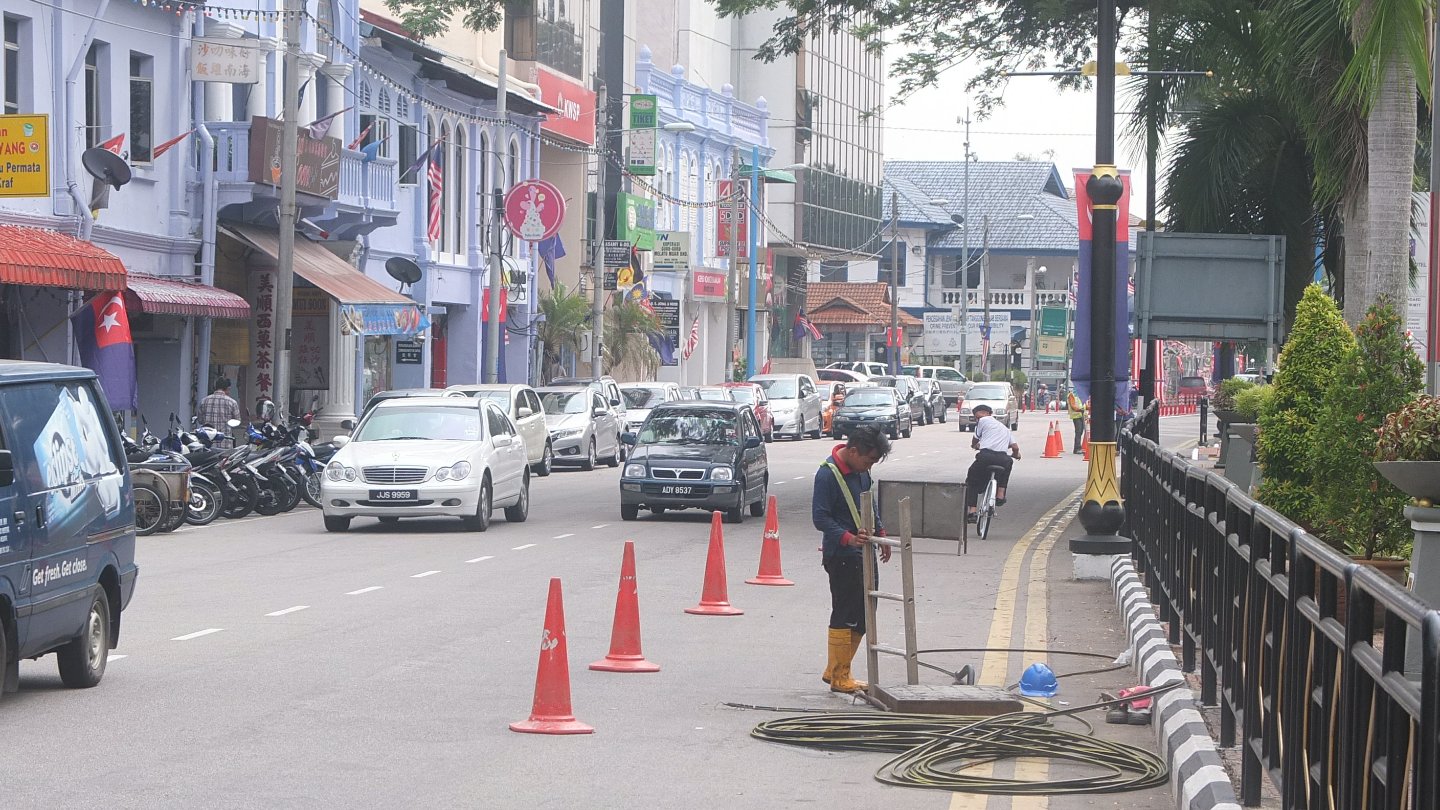 I could not find the right way to go so I’m following a cyclist who is riding against the traffic (He is actually checking if I’m still following him). From what he is wearing, he looks like he his working for the police or a government entity and he is cycling against the traffic! If he can do it I can certainly do it too! No? If I had following the normal way I would go somewhere I did not want to. I did not want this! This cities are strange here! Like this morning, I need to cycle back like 500 metres and I will be on the right way again. 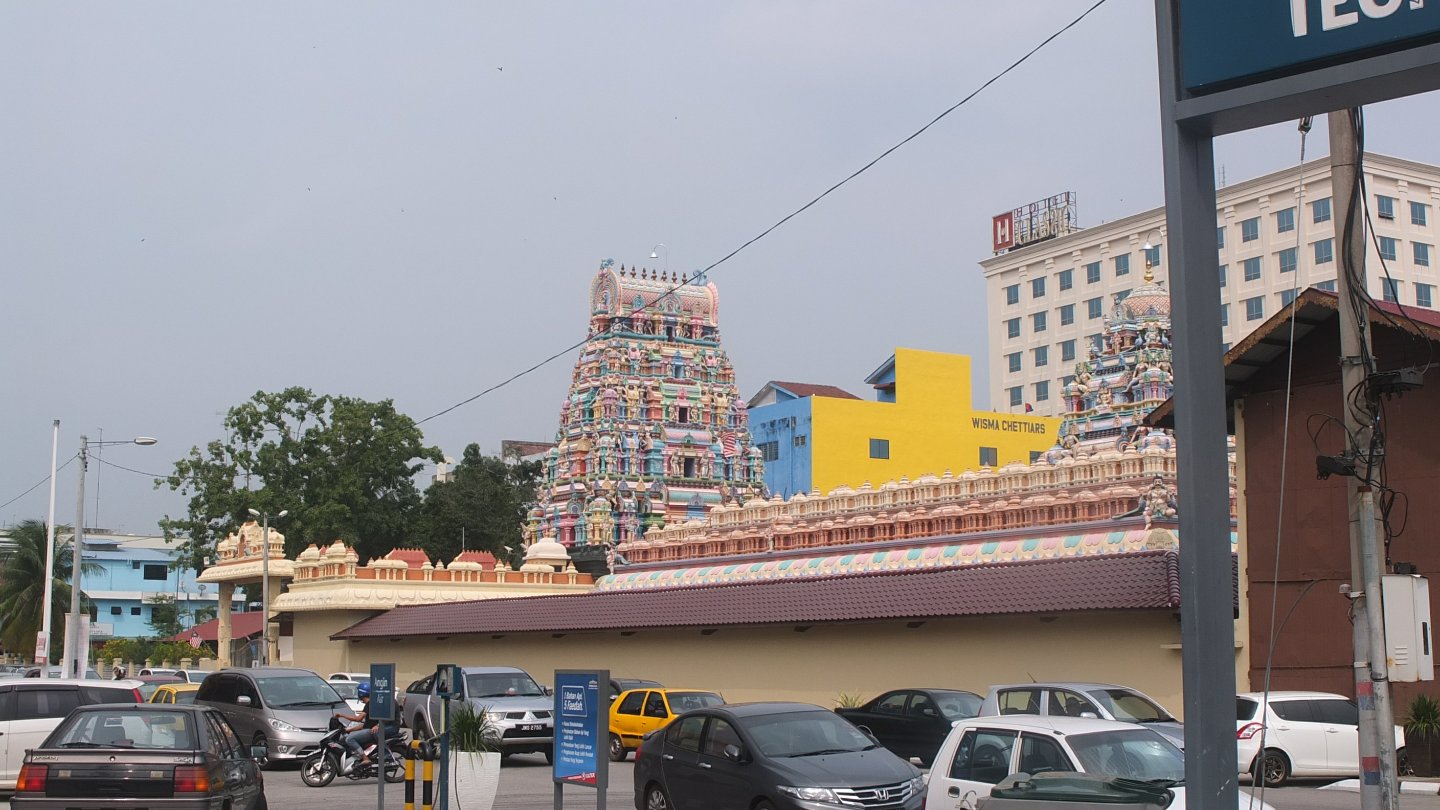 This “thing” is even more strange! It looks like it’s made with lollies haha. 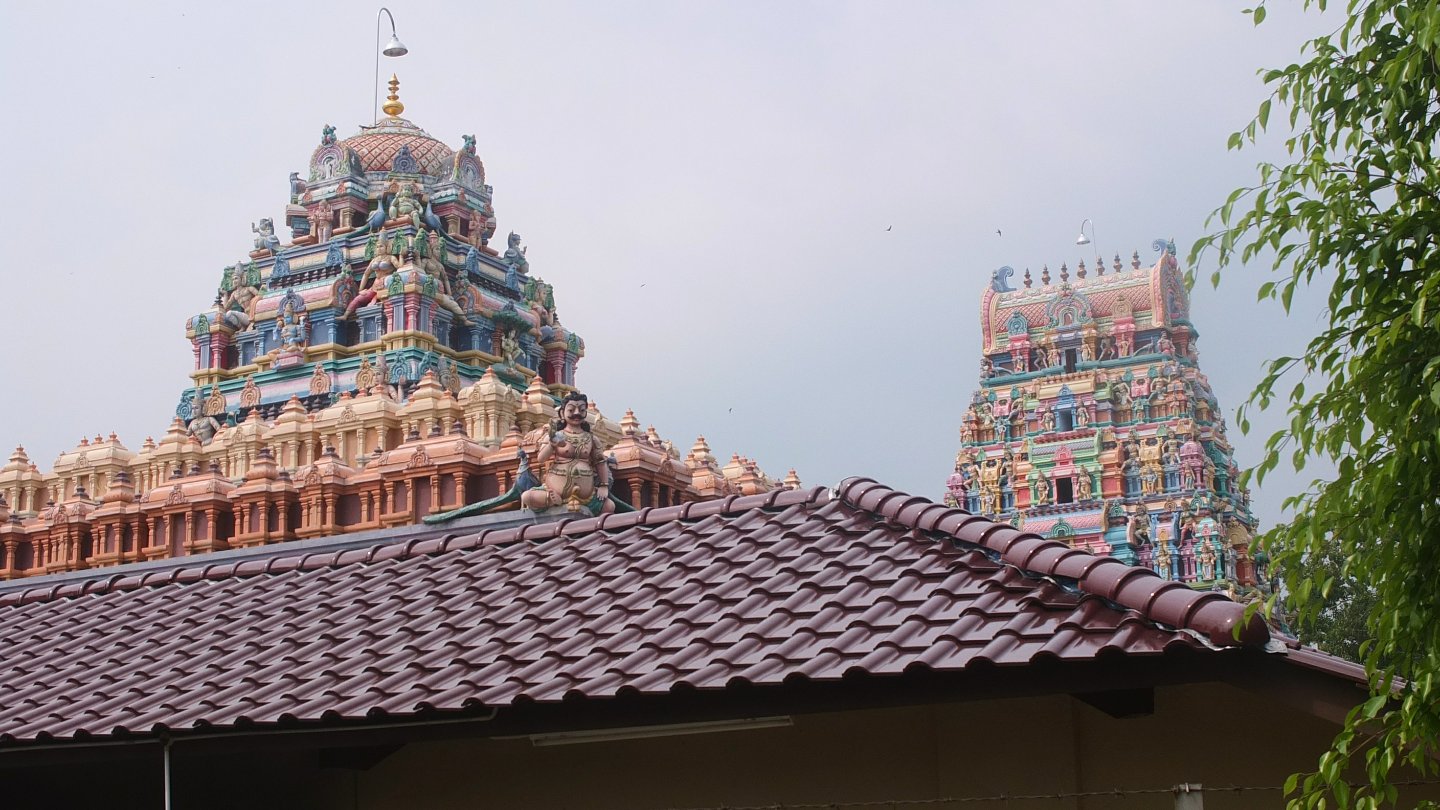 I presume it’s a temple but I’ve got no idea about its origin. 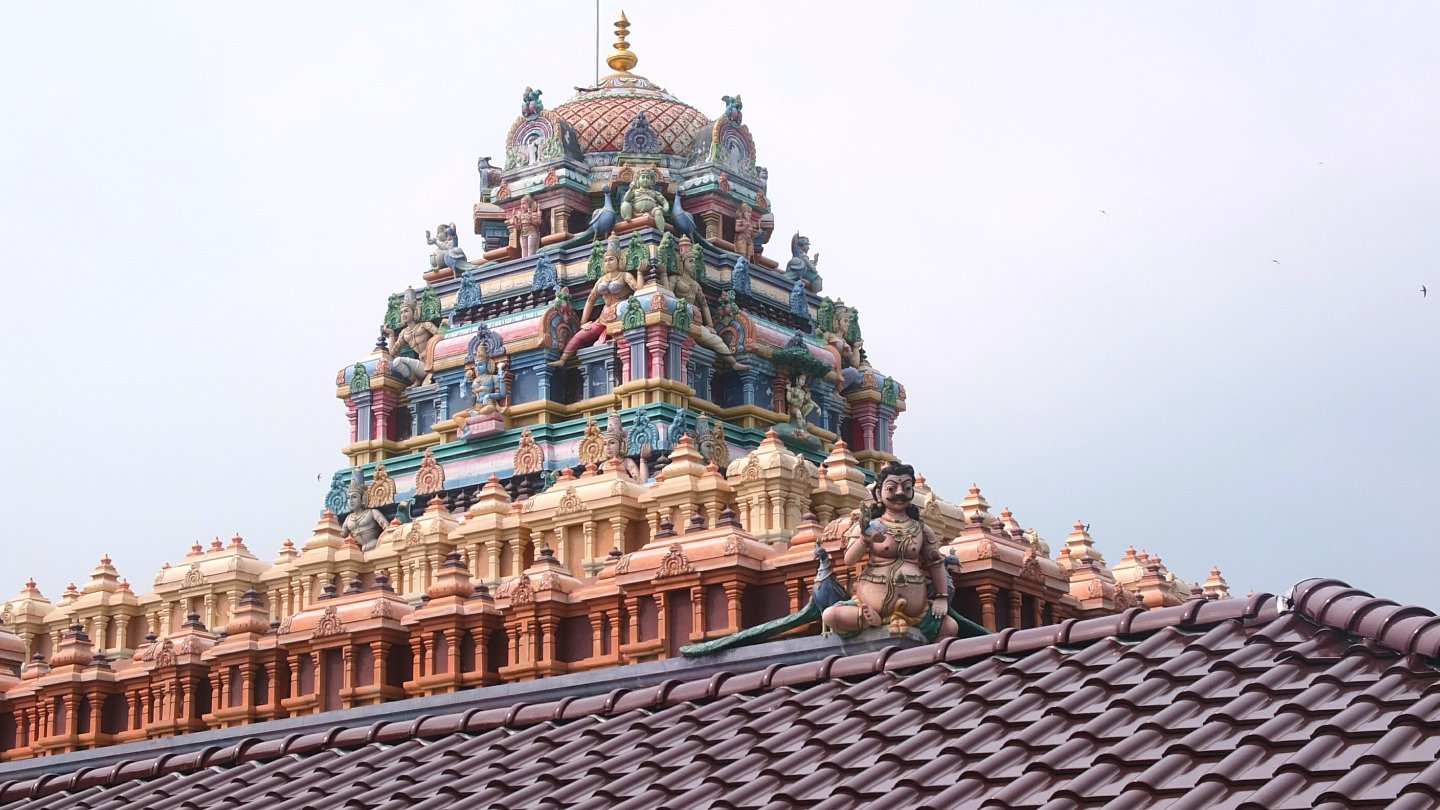 It doesn’t seem to be Chinese… 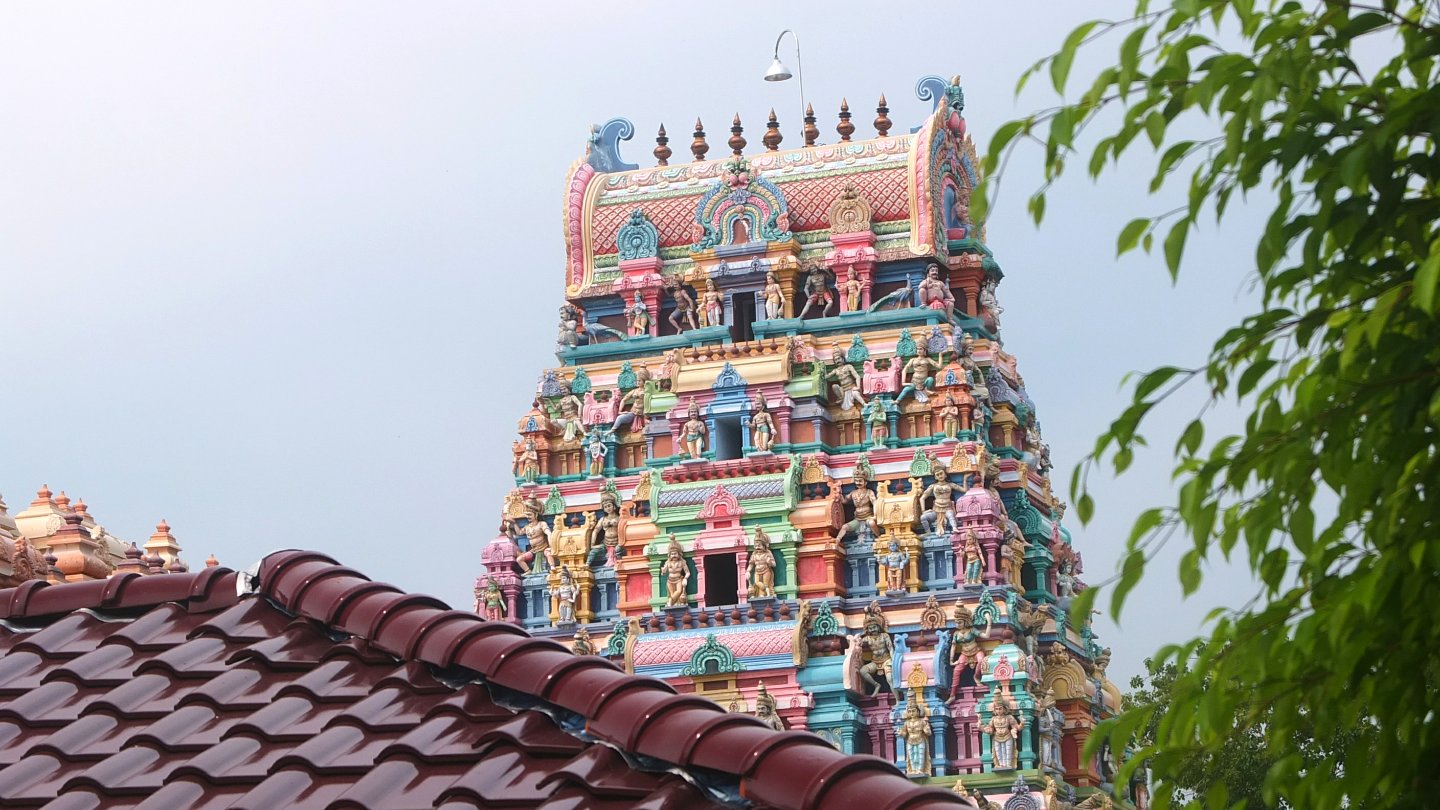 I’m lazy to search online. If I see another one (I’m sure I will) I will make some research :-) 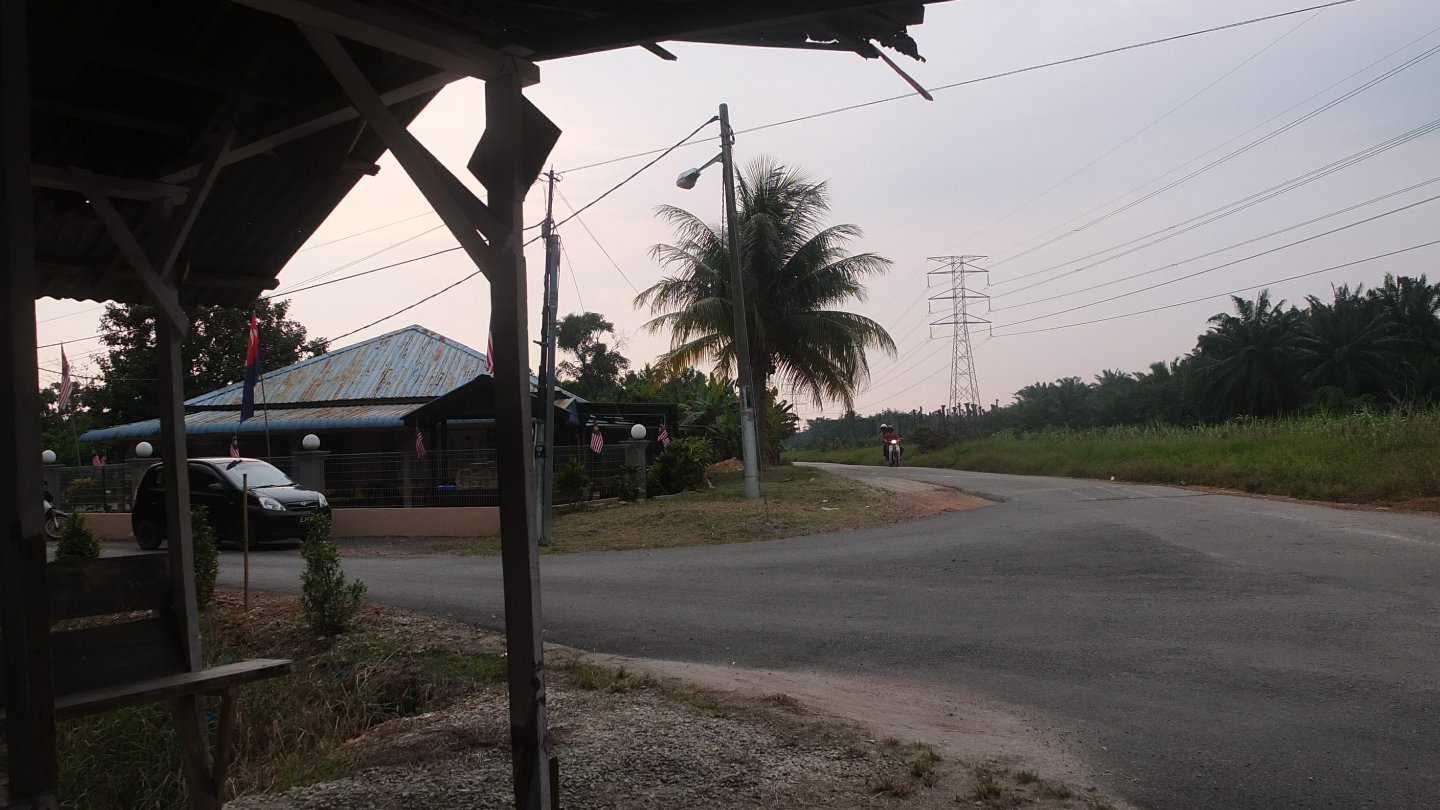 A bit after the wired temple I found a place where I could get some food even if it was 4pm. Then I left the city and cycled on tiny roads to avoid the traffic again. 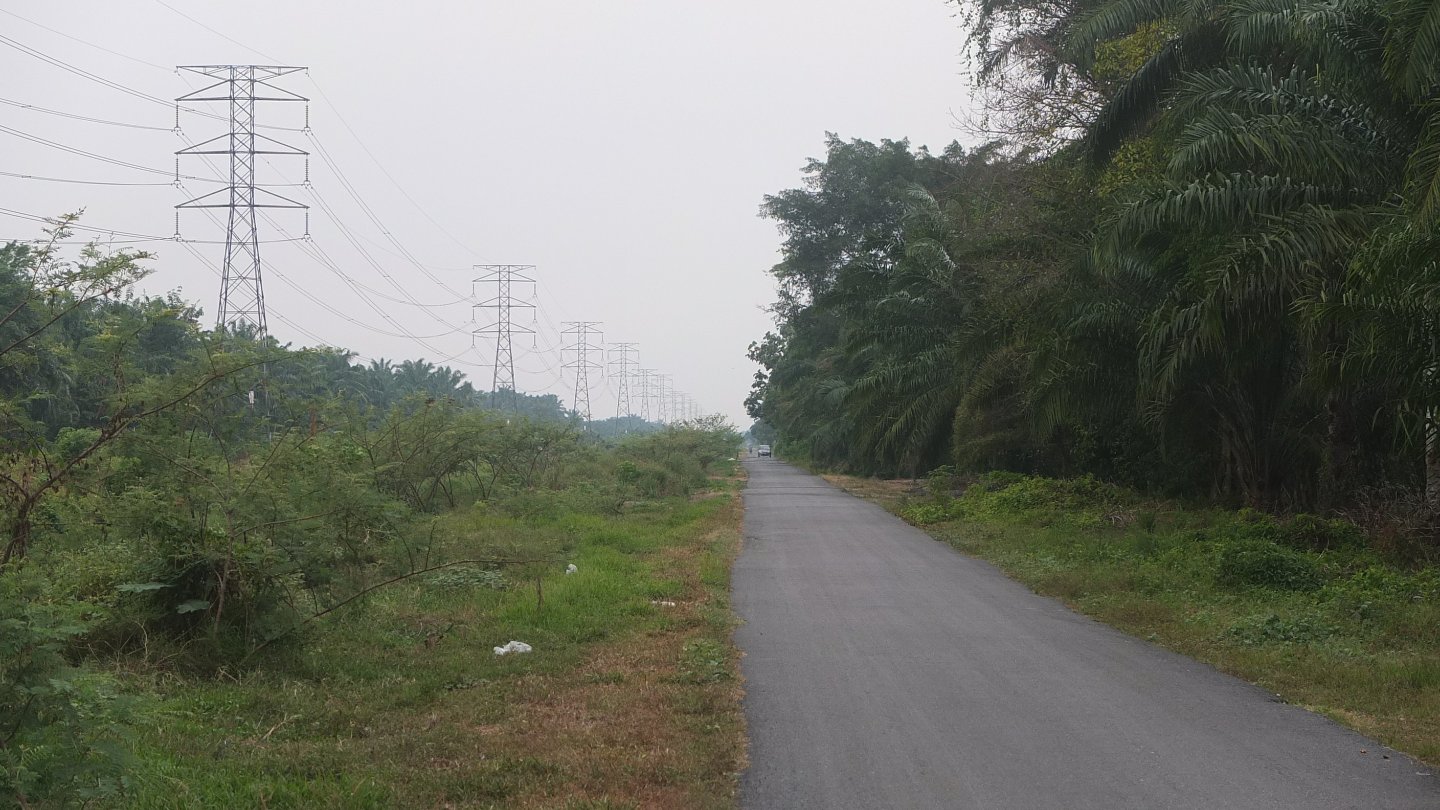 In this kind of road it’s easy to find a spot where to sleep, but a place where to eat, this is a different story. Here in Malaysia, there is not as much warung as there is in Indonesia but I’m sure I will find something. 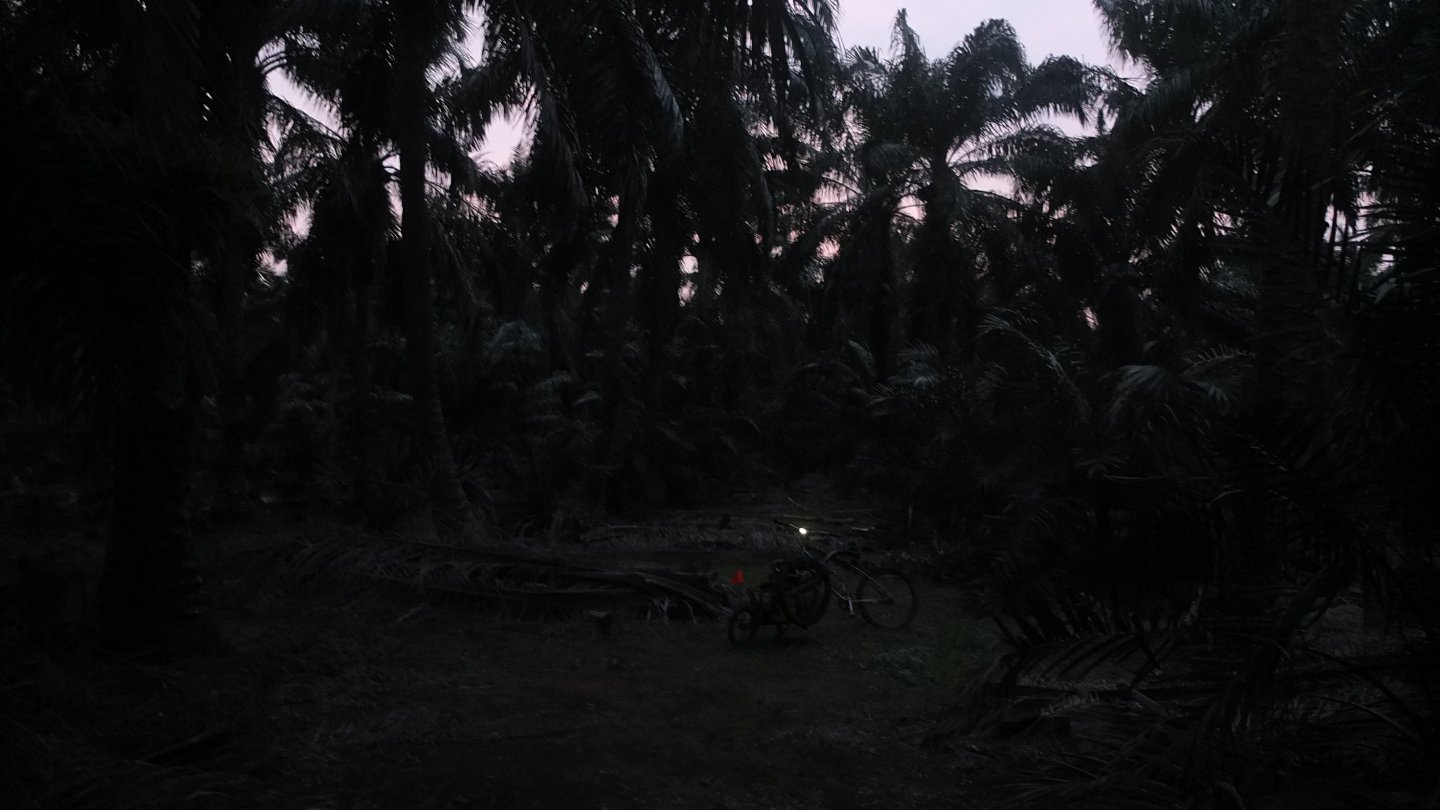 Finally, I come back on the main road which was a parallel of this one and found what I needed. I had my meal (some chicken sate with rice) and then turned around the block to find a spot I’ve seen before. I will sleep in my hammock tonight and cross my finger for no rain because I did not set up the tarp. Good night!