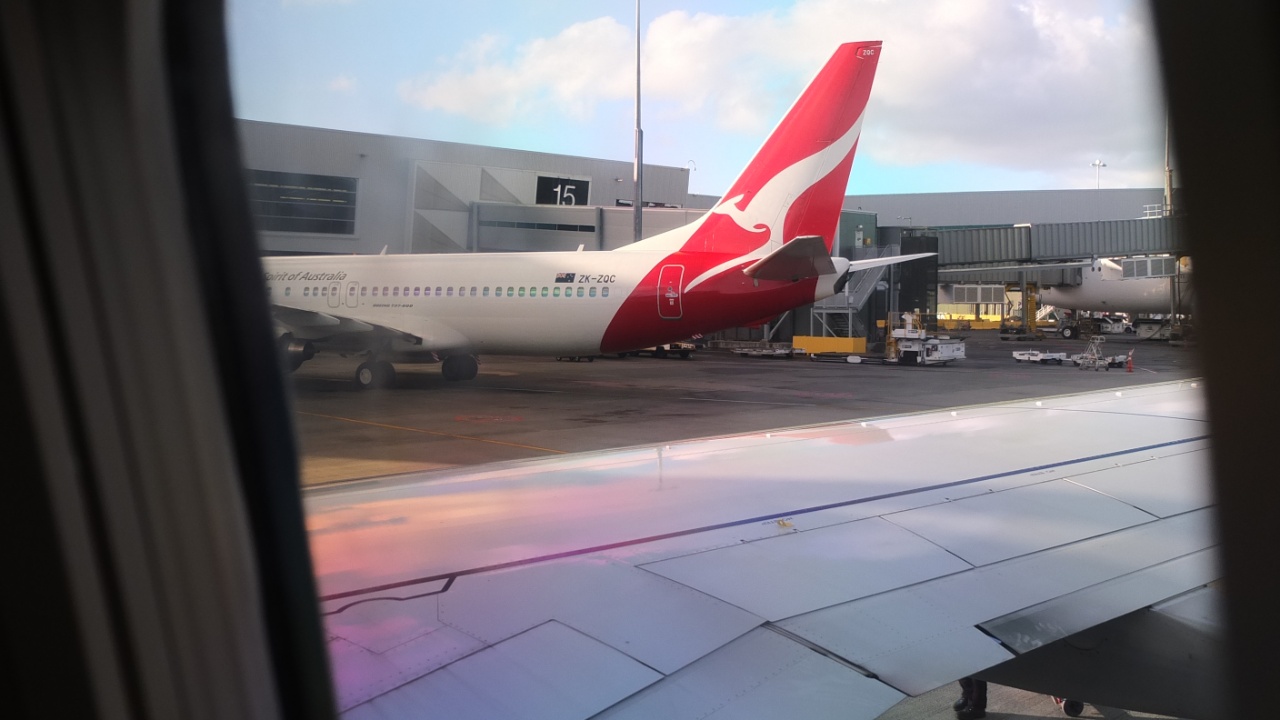 Today is THE day! I moving from winter to spring normally. I checked the temperature table one time and for winter the heat turn around 22°, nice :-) I want to see and feel that. 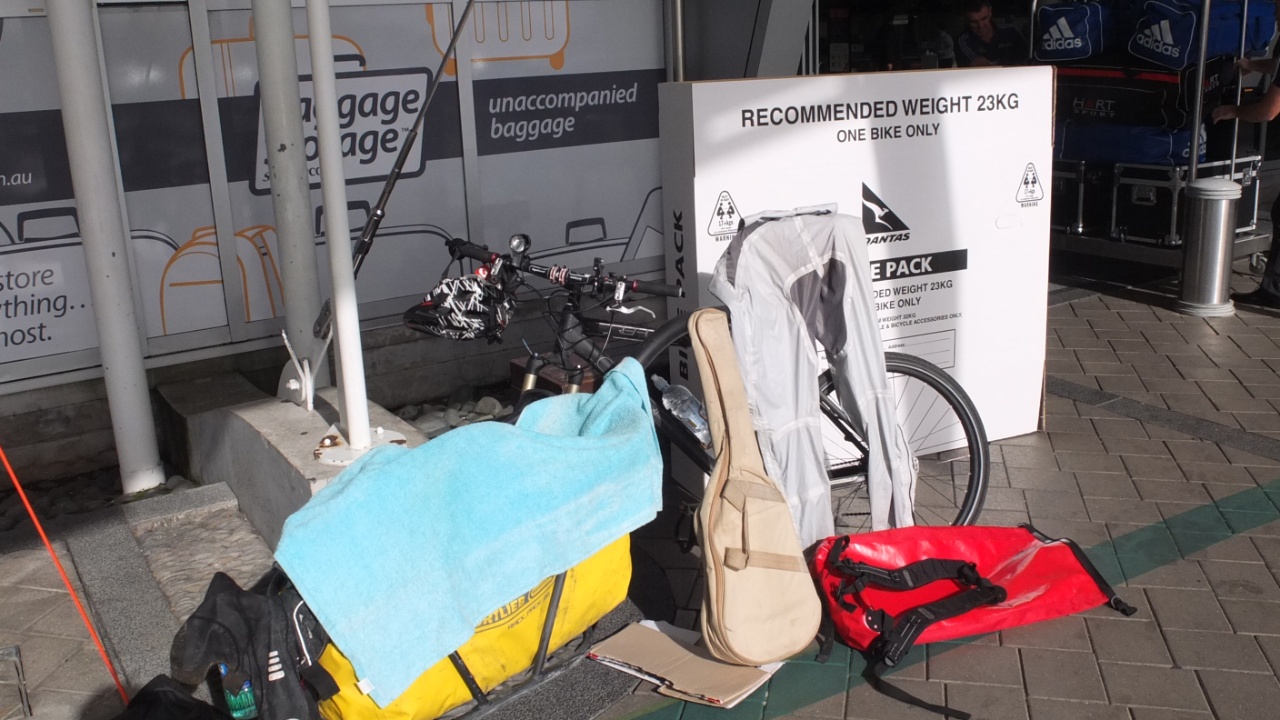 I’ve just took the bike box I purshased few days ago and now I have to pack everything. I put some part like my guitar, my rain pants and my towel front of the sun because since few days I couldn’t dry them ’cause of this chitty weather… 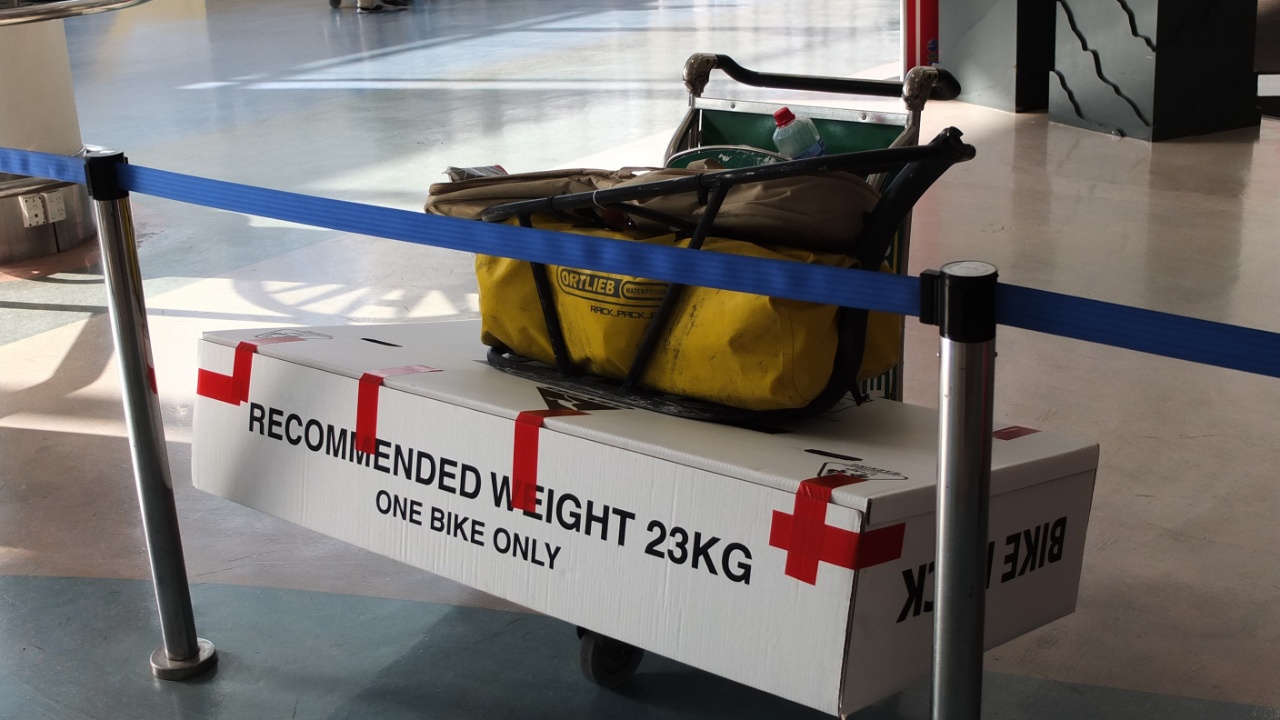 All is done :-) I had to separate the two wheels because the box is a small version. I don’t how travellers do with a tandem… 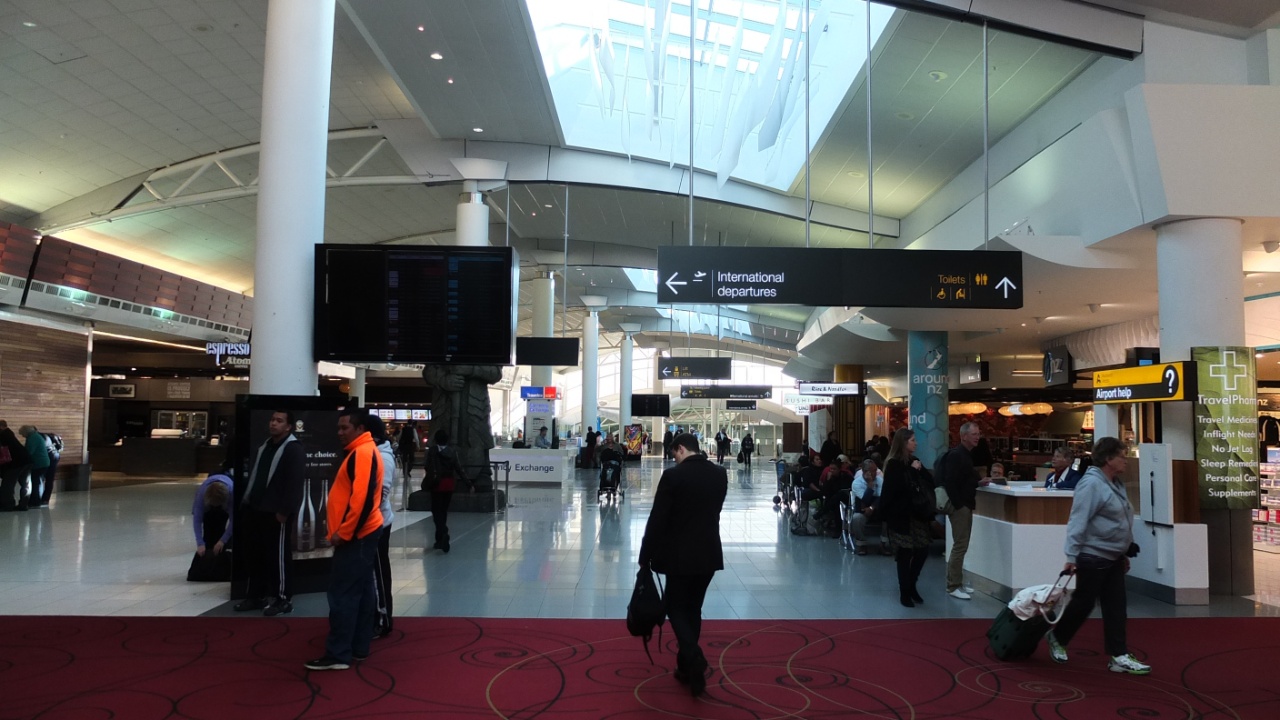 I’ve checked-in and I’m now finishing the rest of my food, no waste :-) During I was eating I’ve seen a little girl crying silently. She was hiding herself behind a pylon. I asked her if she was lost and she answer yes. Fortunately there is a information site front of me so I bring the little girl to it and inform the woman there. She didn’t had the time to ring somebody else that his older brother came. They was really close but the little girl did not see them. But finally it’s an happy ending :-) And I gave it to her my last favourite biscuit of NZ :-) 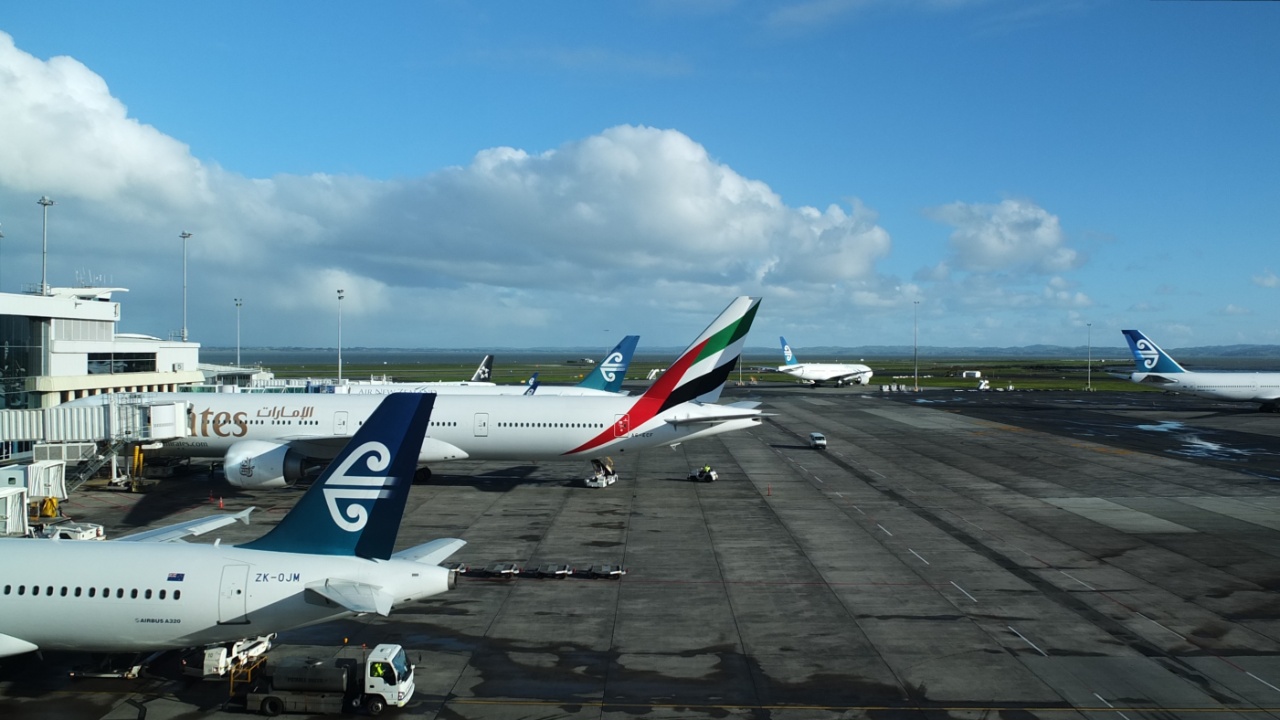 Boarding time is coming soon! I wanted to buy a perfume on the duty free shops but the one I buy usually in France for 35€, here it’s 108$! And it’s tax free! I don’t believe that… 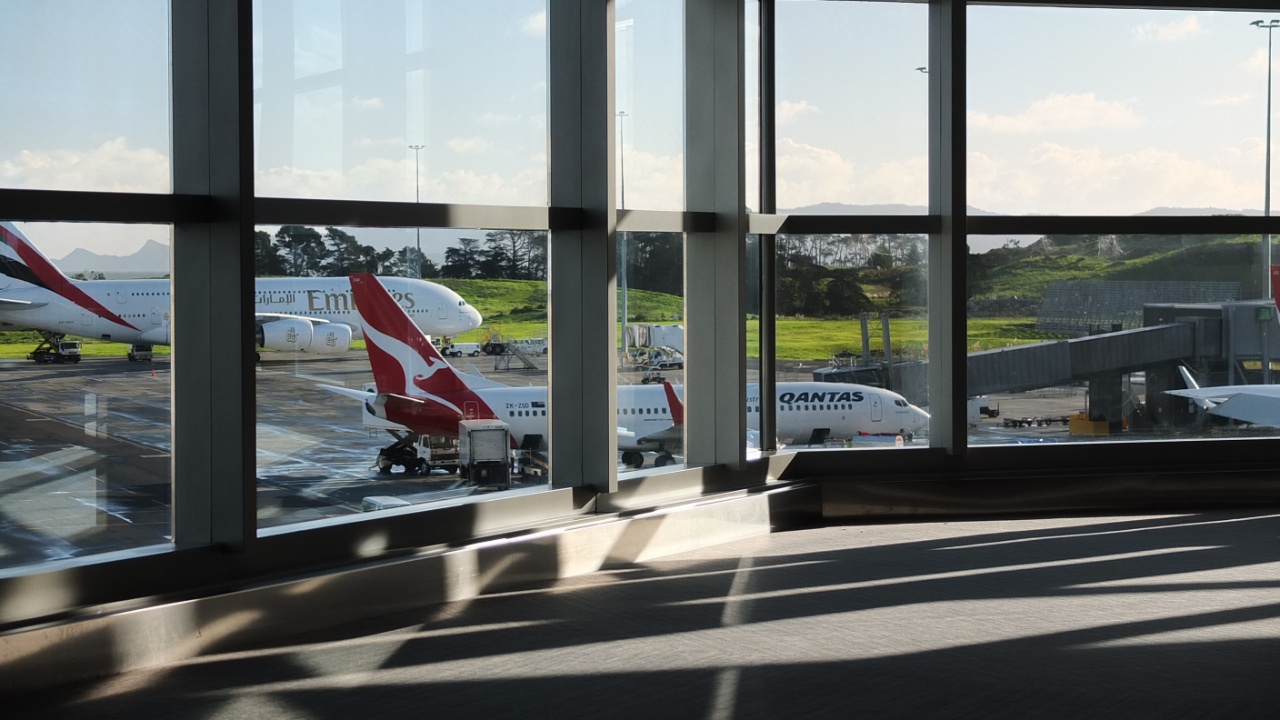 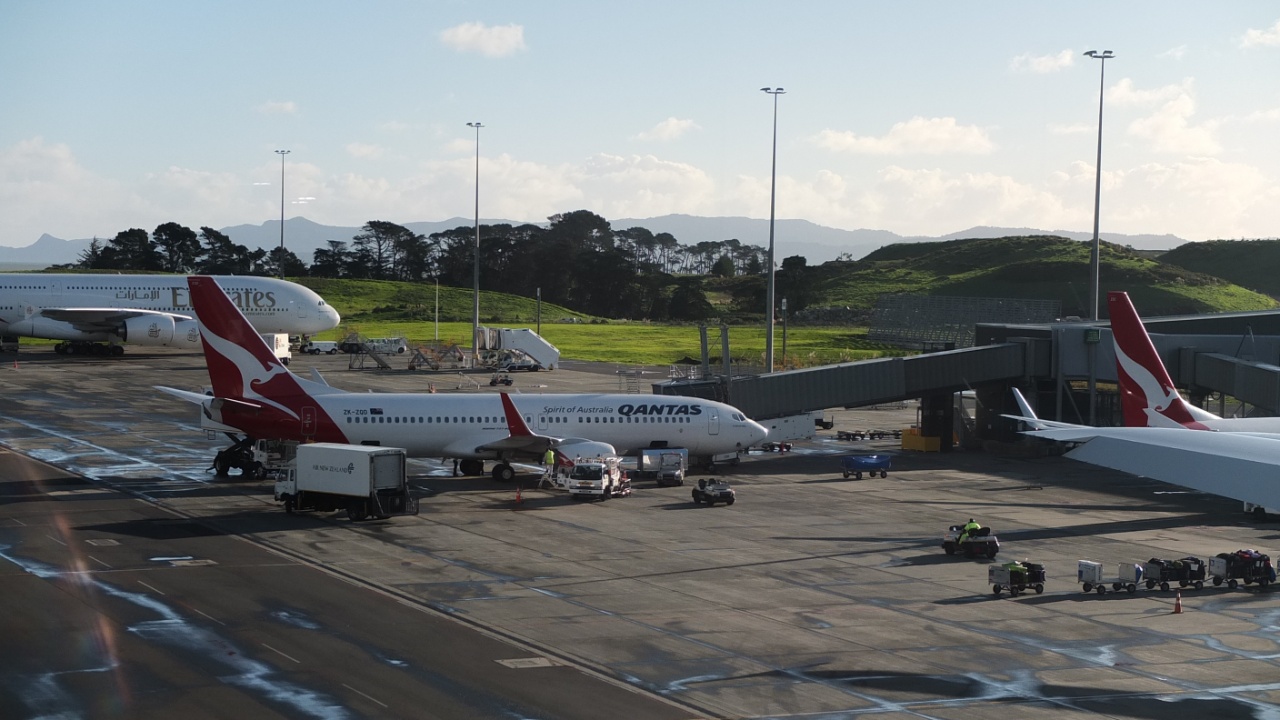 Yes it’s this one. I can’t see my bike, they were faster than me. 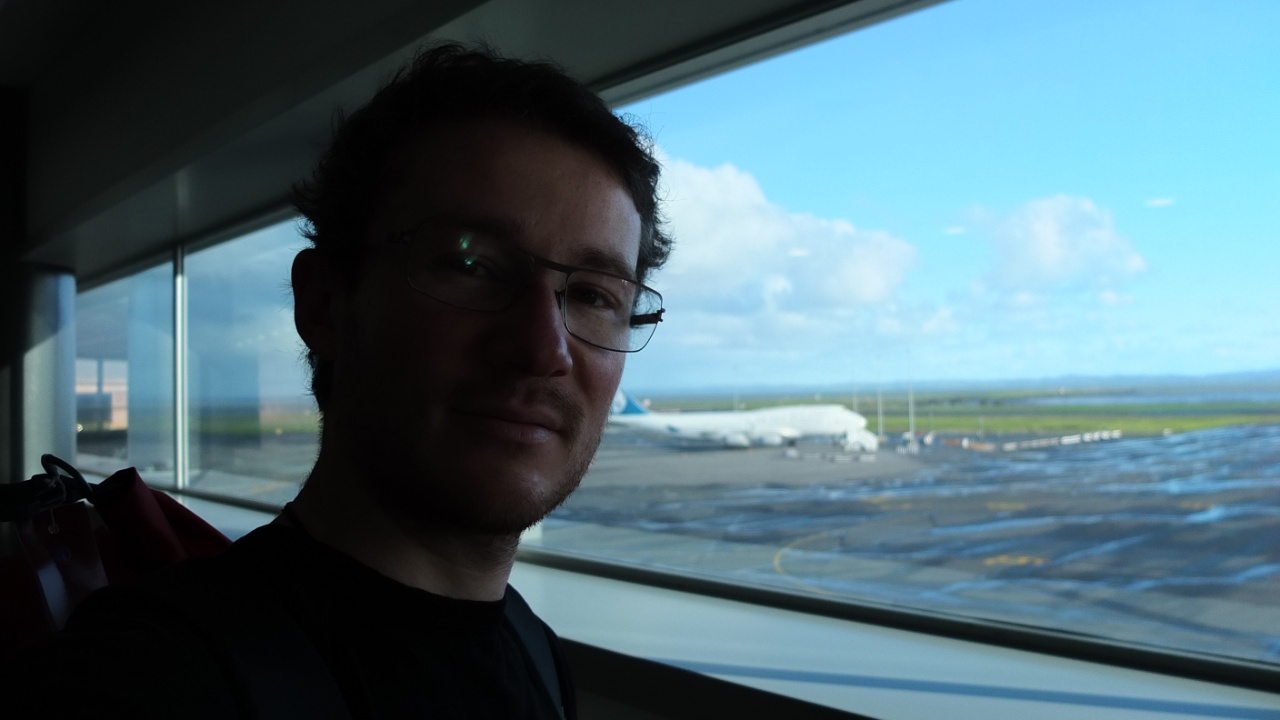 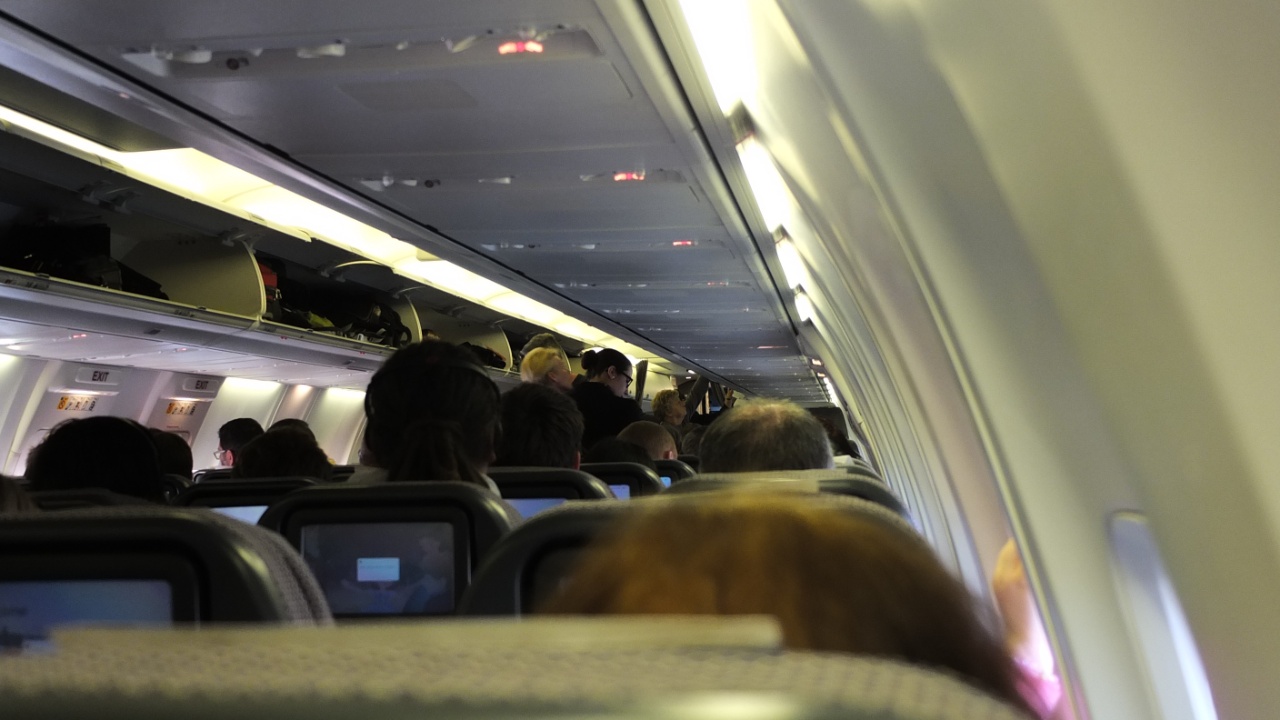 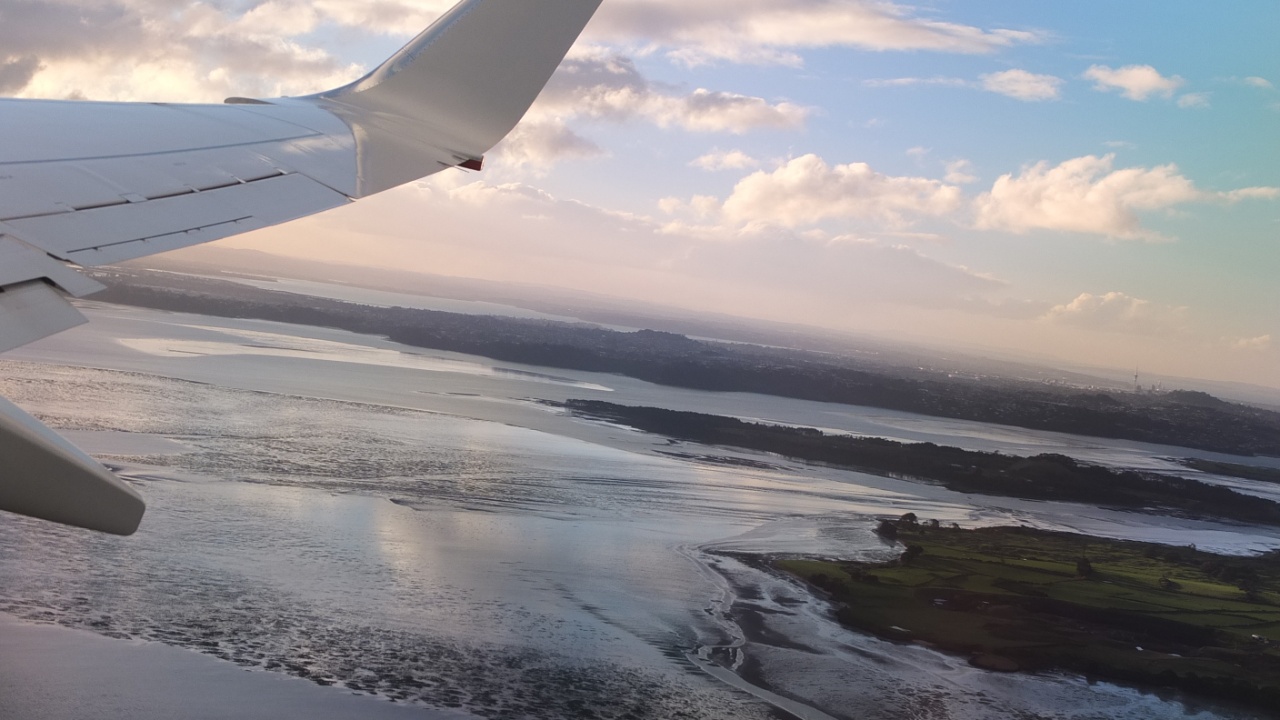 Good buy New Zealand! Goodbye everybody! See you one day :-) 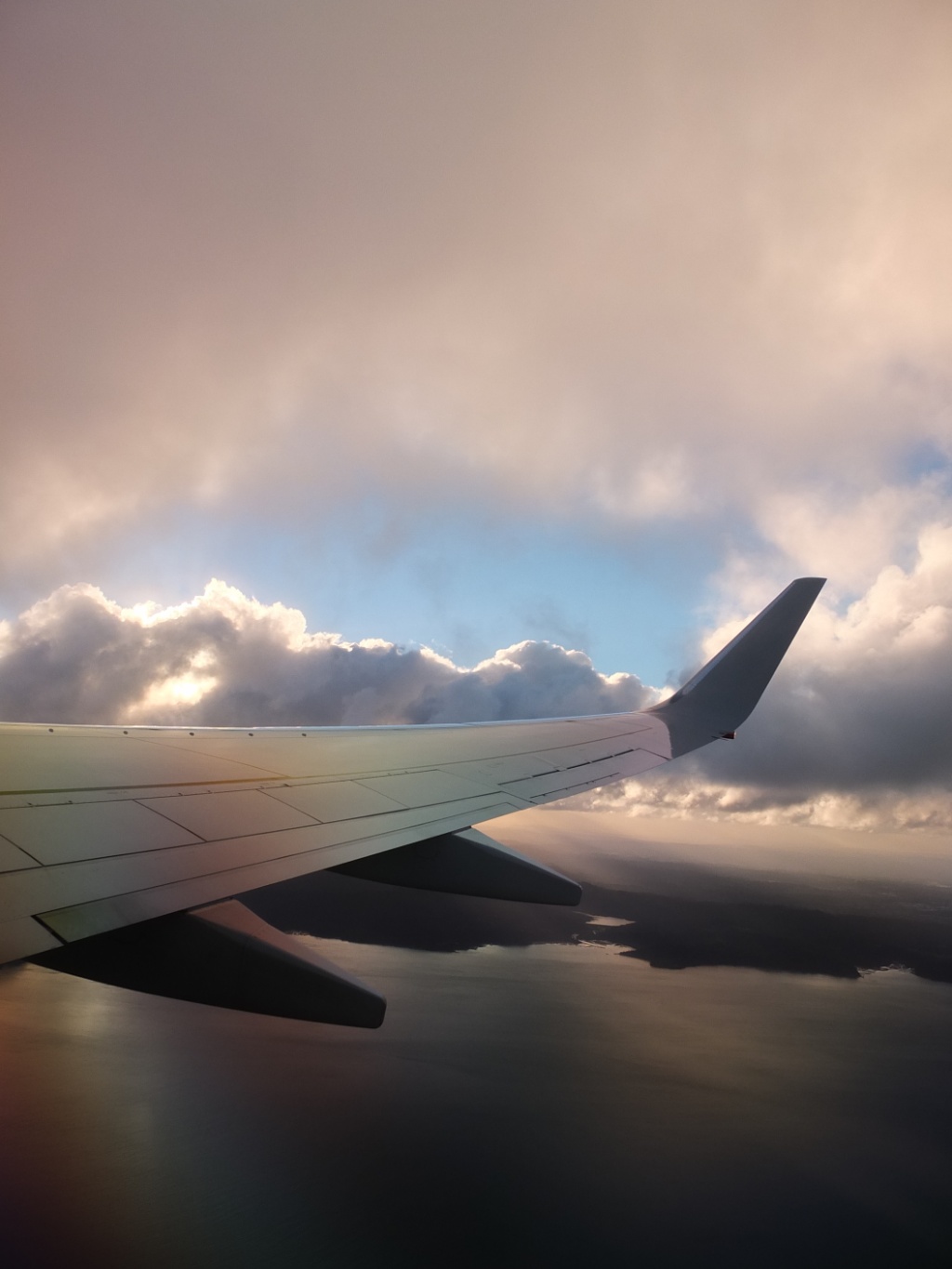 About 4 hours and 30 minutes later. 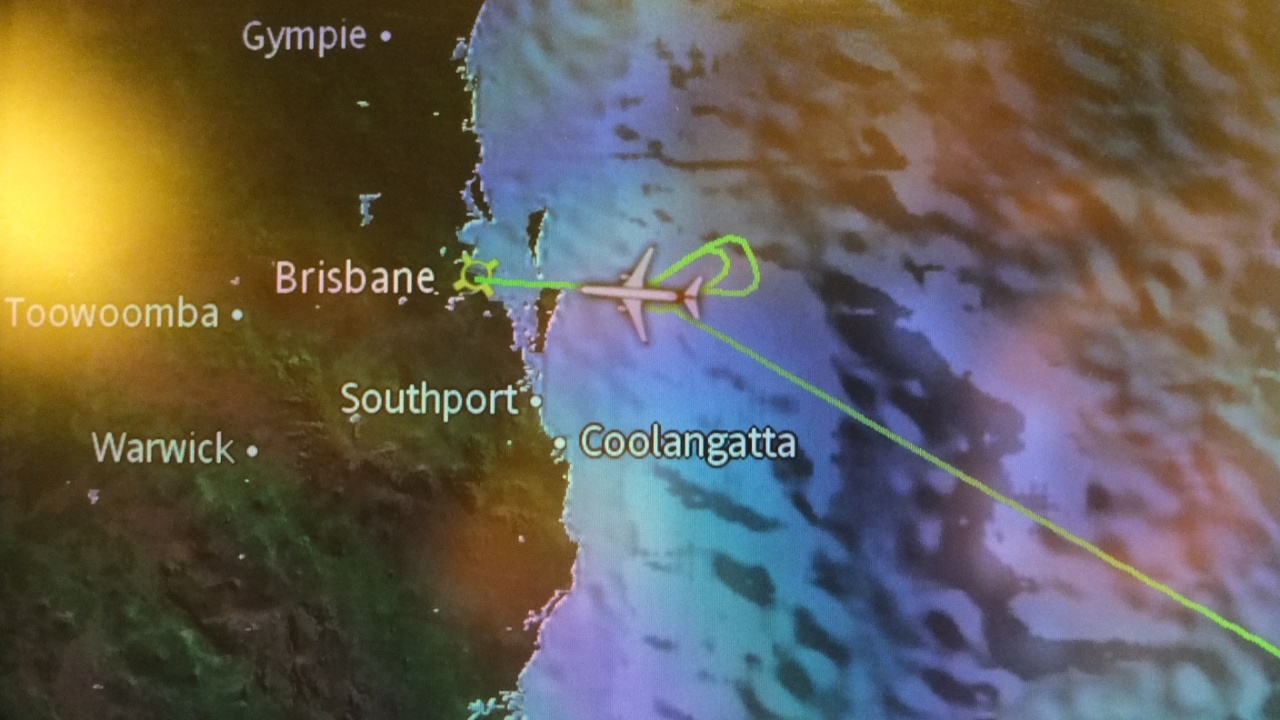 We spent the last 30 minutes or more turning around… I’m not sure but I think, I understood that the weather is not good in Brisbane. It’s windy. We are now going back on our way. I hope I will still have tons to catch the second plane to Cairns because I must transferred my bike from the international to the domestic airport. 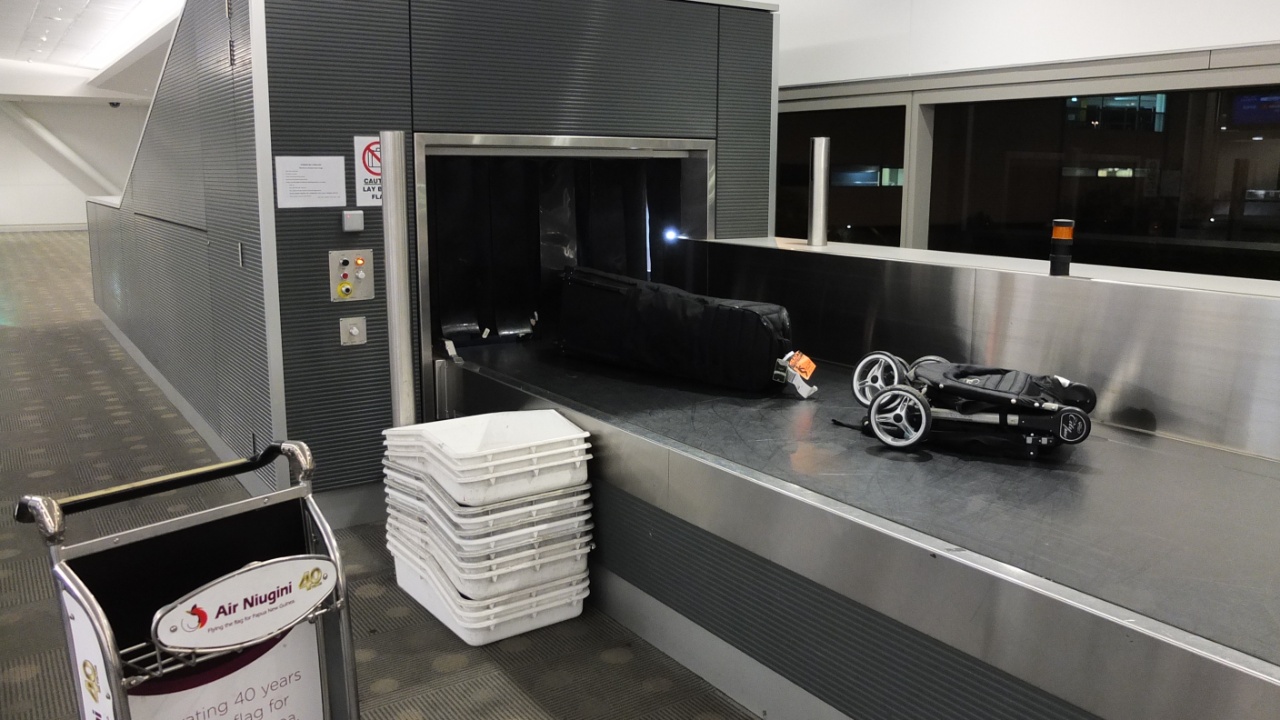 Pfff… finally we landed and I’m now waiting for my bike. All the other passengers got their luggages all ready and I’m still waiting here since 30 minutes maybe. It seems so long! my next plane take off in 15 minutes and I have a train to catch for the transfer. It’s mission impossible I think…

After we landed the staff distributed to the people like me a taxi paper. The thing is : I took the paper without realising what was it exactly. I was focus on “catch my next plane”. I’ve been to a place but it was the wrong one. Then a woman tell me : “Go outside and take a taxi”. Then the taxi manager tell me : “you should catch the train, it’s free and easier for you with your bike”.
It’s upstairs and I must take the lift. But the lift’s entrance is too small for my trolley + bike + trailer. So I put everything separately and go upstairs. Their, a panel indicates “24 minutes” to reach the domestic airport! Definitively I will be late. I arrive front of the desk where there is only stairs to go down (again) onto the quay… it’s getting annoying… I asked to a guy how can I go downstairs and he answer me : “you should catch the bus, it’s downstairs after the taxi lane”. Rah! I’m getting crazy now!
I take this bloody lift again, put everything separately, go out, put everything back on the trolley. I reach the bus station. It’s 5$ and I have only 200$. The guy is not happy because I took all his change.
10 minutes later I arrive front of the domestic airport. I’m going to take a trolley when a guy tell me “No you must pay to get one”. What!? That’s 4 bucks! Arg! I’m crazy now! OK I don’t have choice, I pay and put all my stuff back onto this 5 stars bloody trolley. So now? Where is it?
Inside there is the Qantas Check-in desks but nobody is here. I don’t pay attention any more and turn left. There is people there. At least they will help me.

Arrived at the other end I don’t see any place like Qantas check-in desk. I ask to a woman and she answer me “it’s on the other side of the airport”. Me: what!? But… they… rah! Let’s go back…
I met the same guy again and explain one more time my problem. Then I hear my name through the speaker : “Mr Damien Topine, move your ass because we are waiting for you!”.

Now I realised that the check-in desks that was front of me when I arrived was THE place. But nobody was there so I through it was somewhere else.

A moment later, the guy (a nice guy in fact :-) allowed me to pass through the security gate and reach to first flour. There, a woman was on the phone and called me. 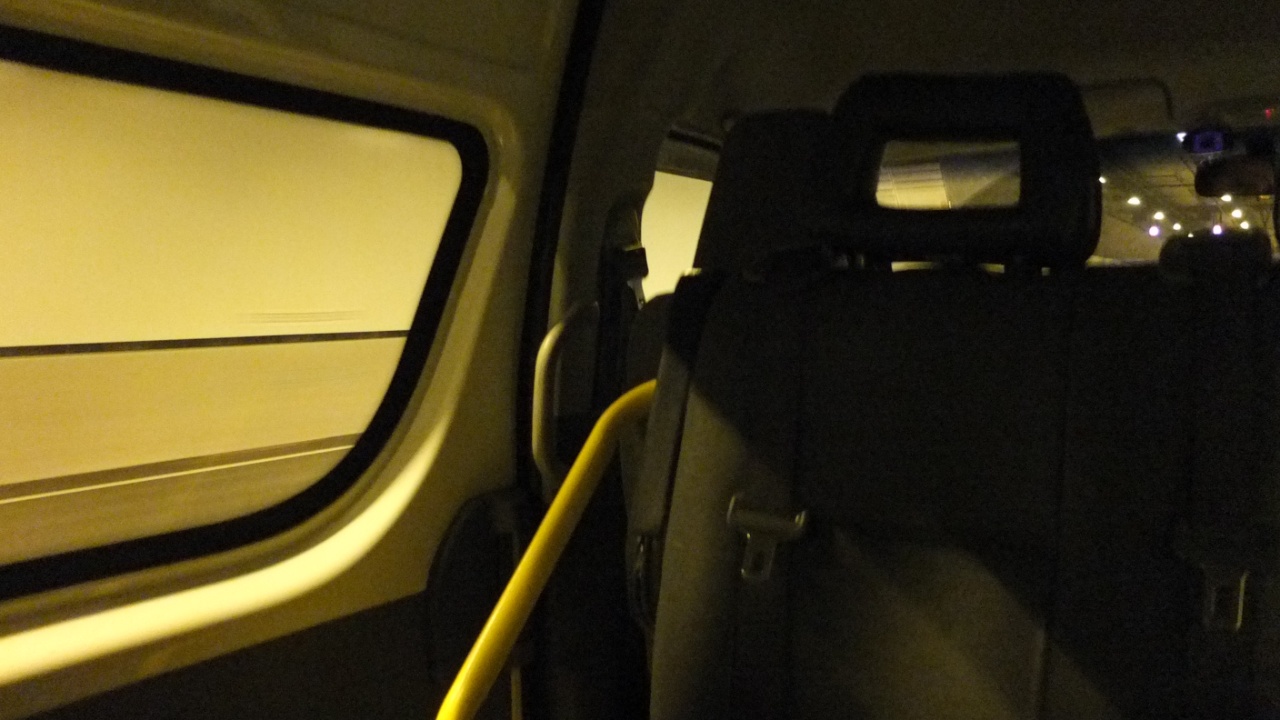 The end of that long episode is : the woman of Qantas gave me one ticket for the taxi and another one for tomorrow. When I passed front of the guy again he asked me : 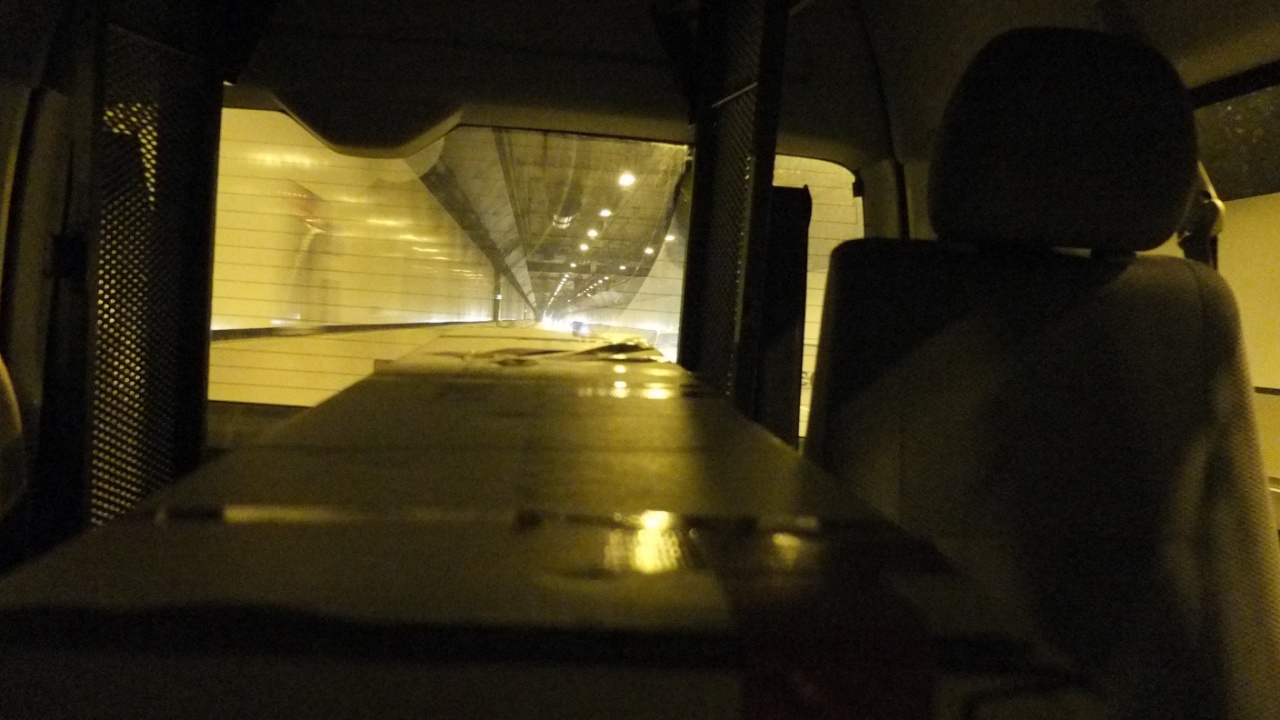 As the woman told me I asked for a maxi taxi so I can fit my bike easily. 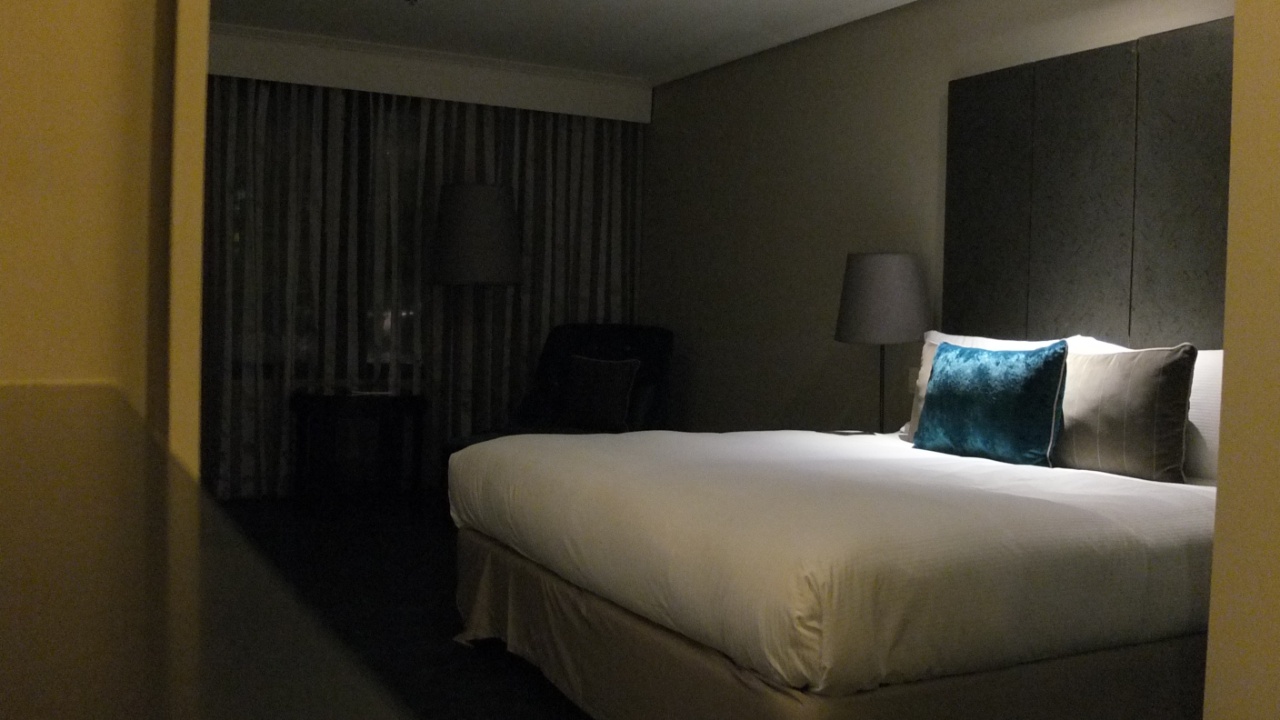 30 minutes later I arrive front of the hotel. It’s a huge one and there is even a groom who took my luggages. He proposed me to store my bike for the night and to carry my trailer in my room. Whouao, I feel strange, not in my place. Usually I take one shower a week and today… I signed to the reception and walked towards the lifts. Even a guy explained me how to use it… Shame on me… I need to use the key pass of my room and then choose the right flour. I’m now in my room… 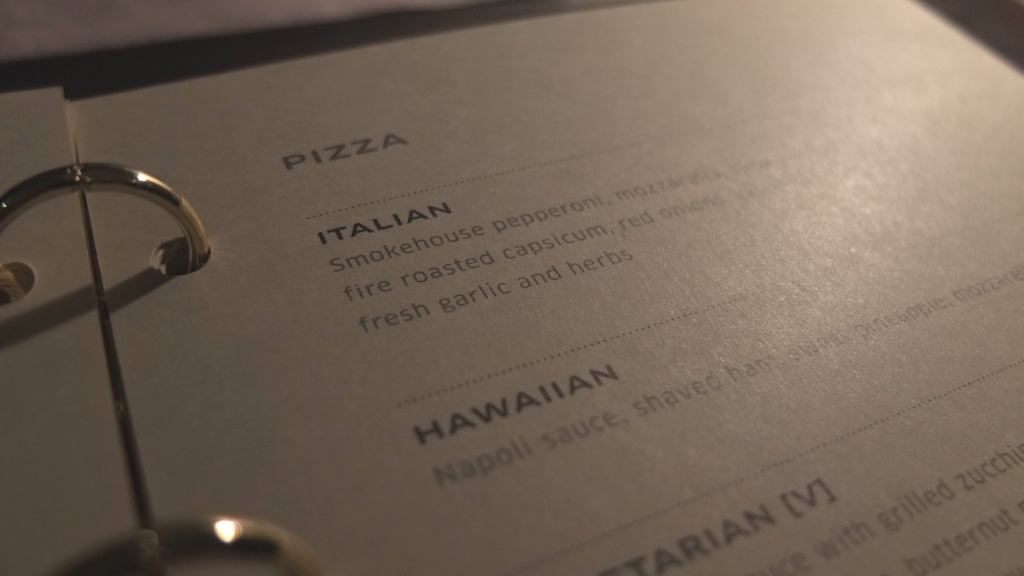 … and I’m hungry! Fortunately I’ve got 35$ credit for the dinner and 20$ for the breakfast tomorrow morning. It’s 11pm and the restaurant is close but I’m allied to order something from here. I chose a Italian pizza :-) 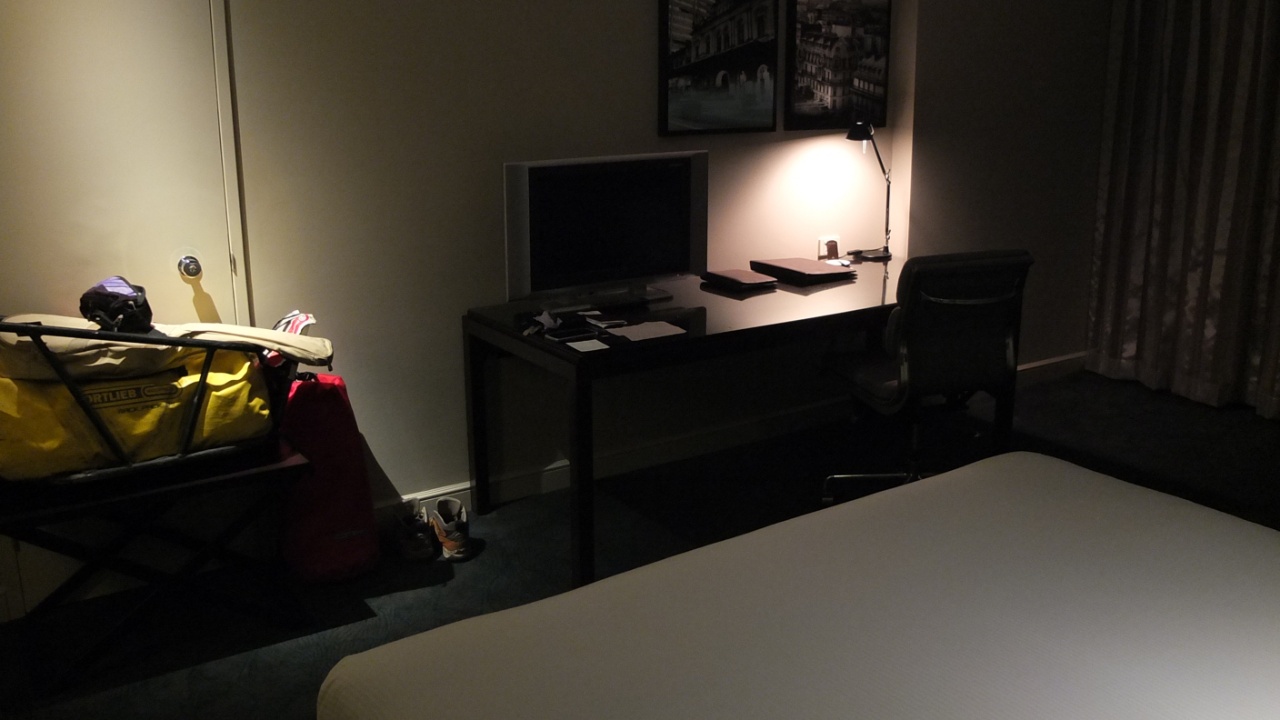 The room is nice but totally out of my trip. It’s strange. 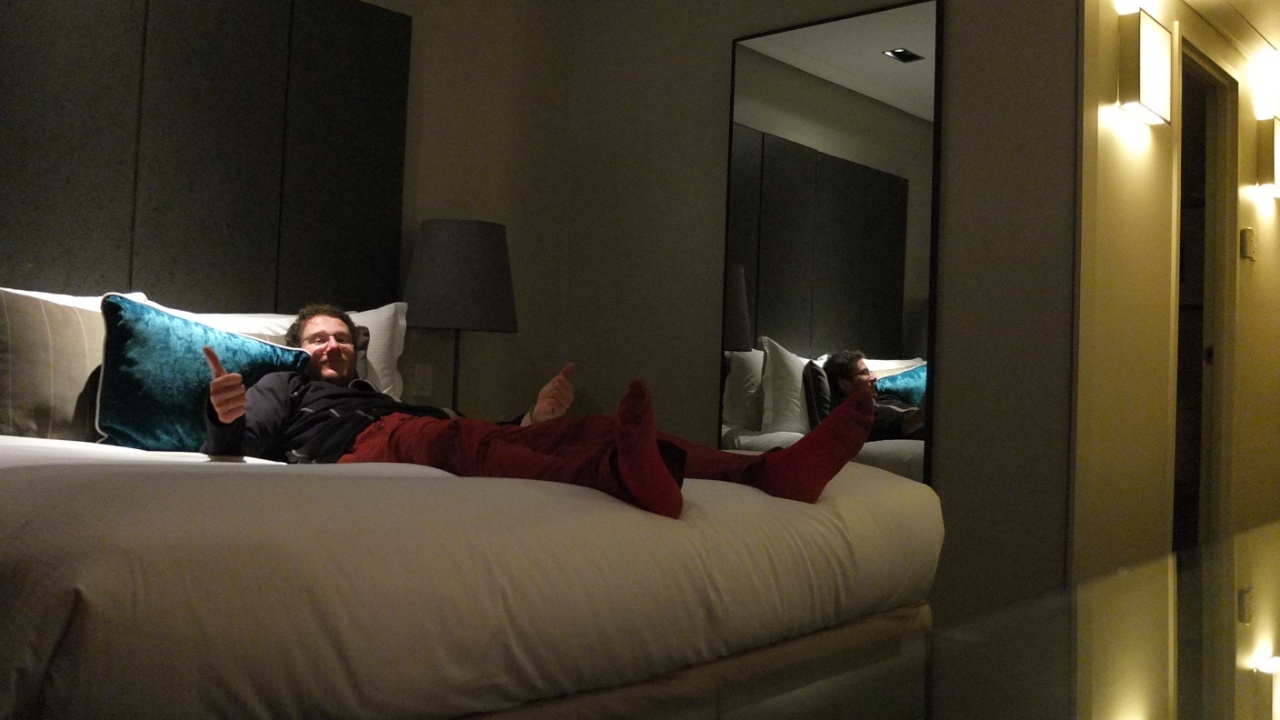 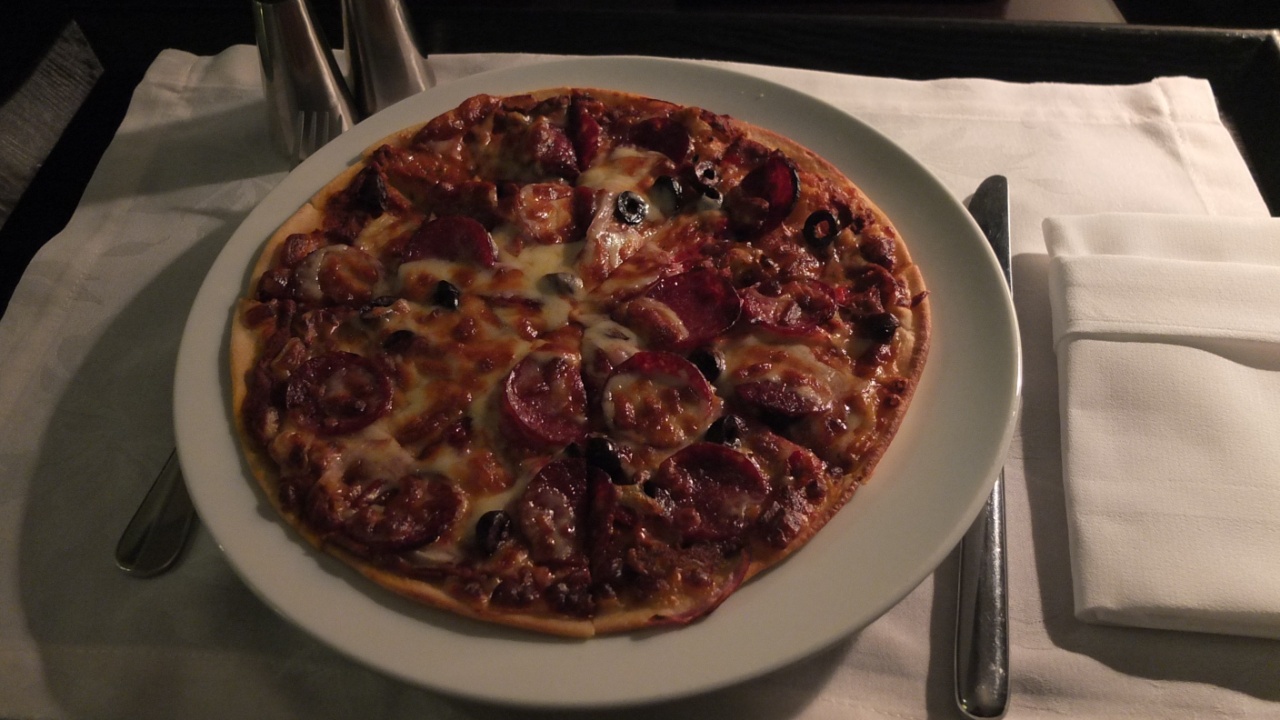 30 minutes later a guy appears with a big smoke and my pizza :-) oh yes! 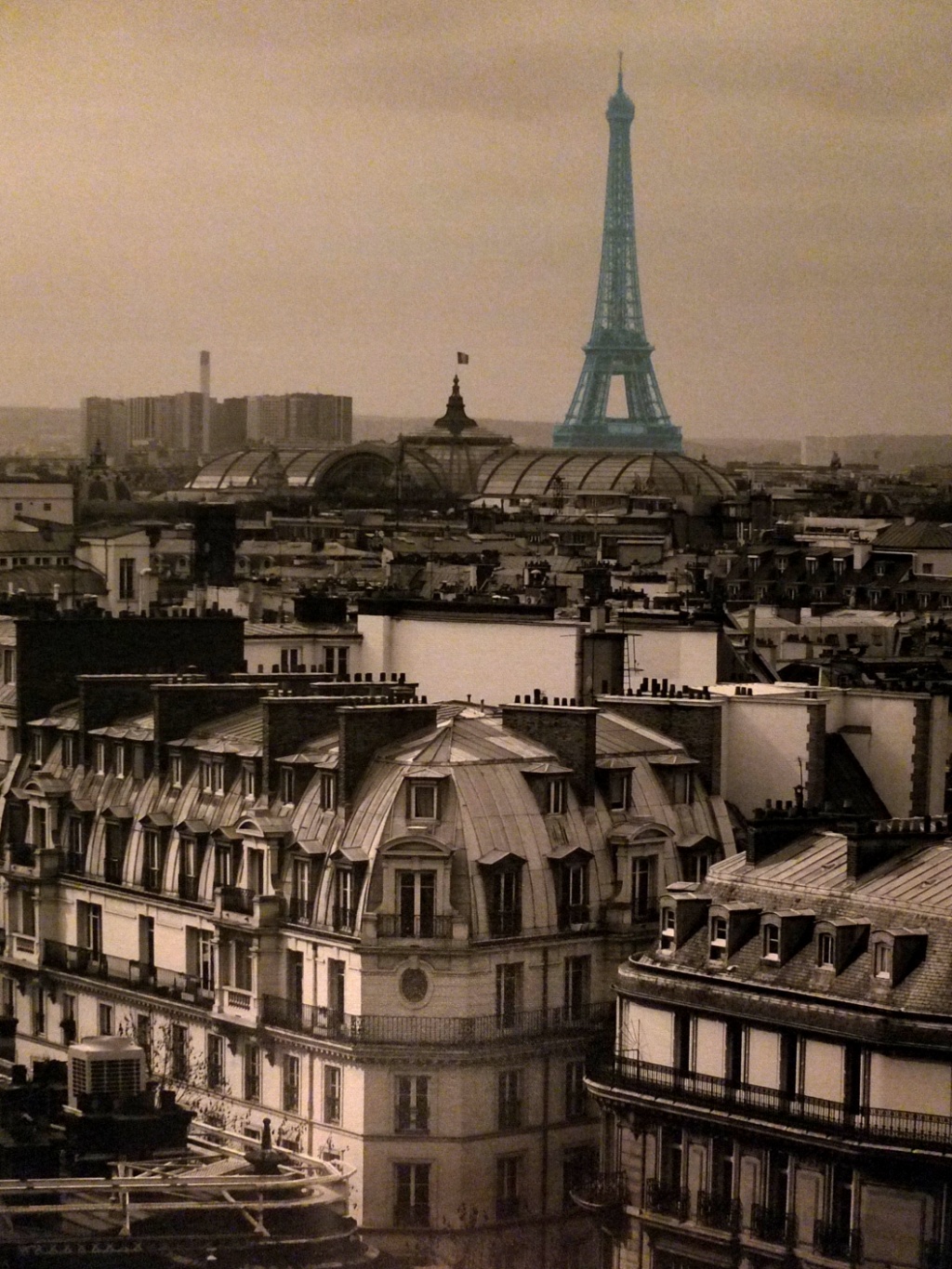 I don’t know if Sofitel is French but there is many clues who remind me France like the view :-) 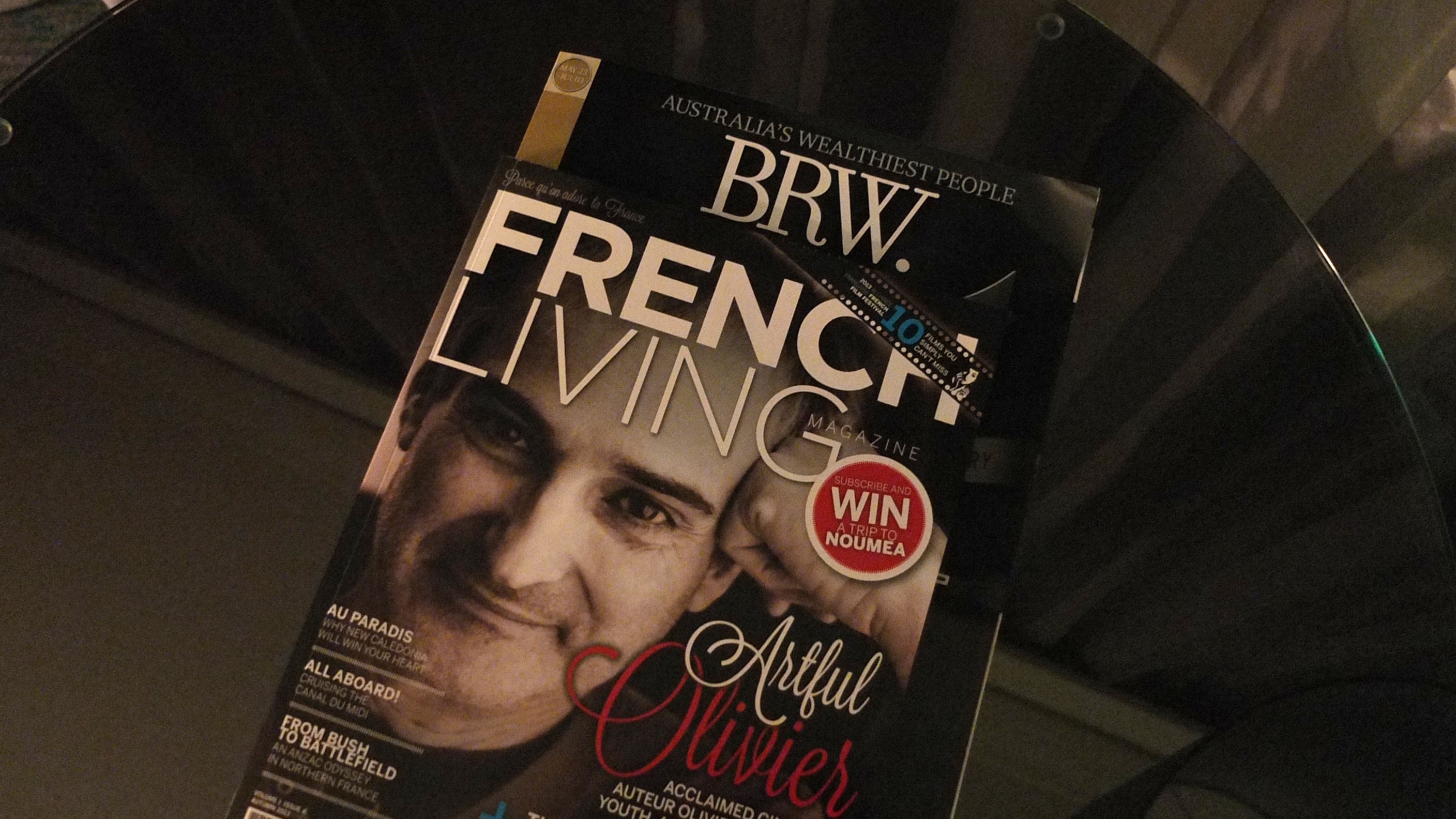 … or this magazine as well. French people are famous haha :-)

My pizza was good, I’m full. I order my breakfast already because when I will leave the restaurant won’t be open yet. I must wake up at 5 am because my plane take off at 7 am. What a journey! I will remember it! Good night (^_^)