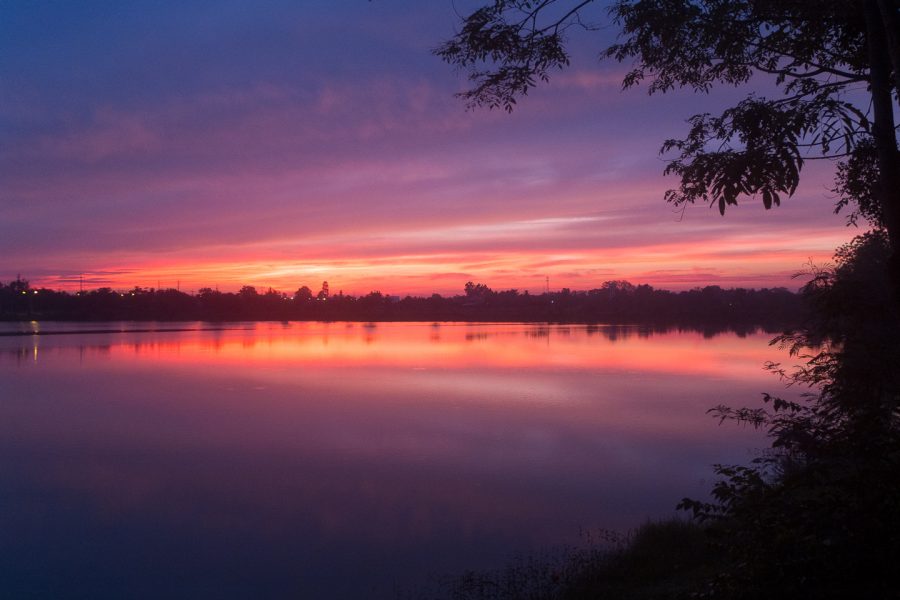 Ow! How to start a day with an colourful sunrise! When I opened the eyes first I had blink few times to be able to see better and believe what was happening. Quickly I jumped out of my bed, picked up the camera and enjoyed that crazy sunset! The lake amplified a lot the effect! 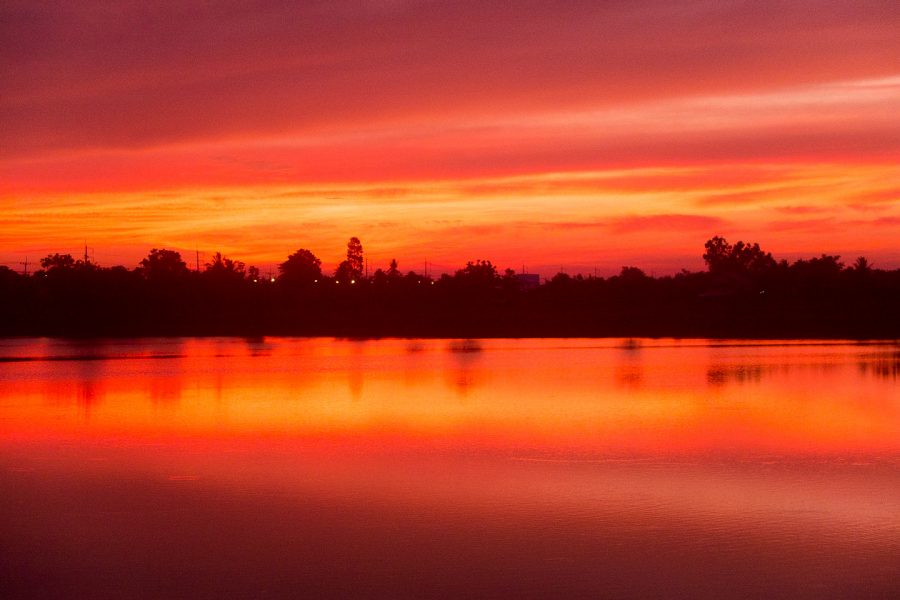 Incredible colours!!! With a tripod, this picture would have been better but it gives the idea. 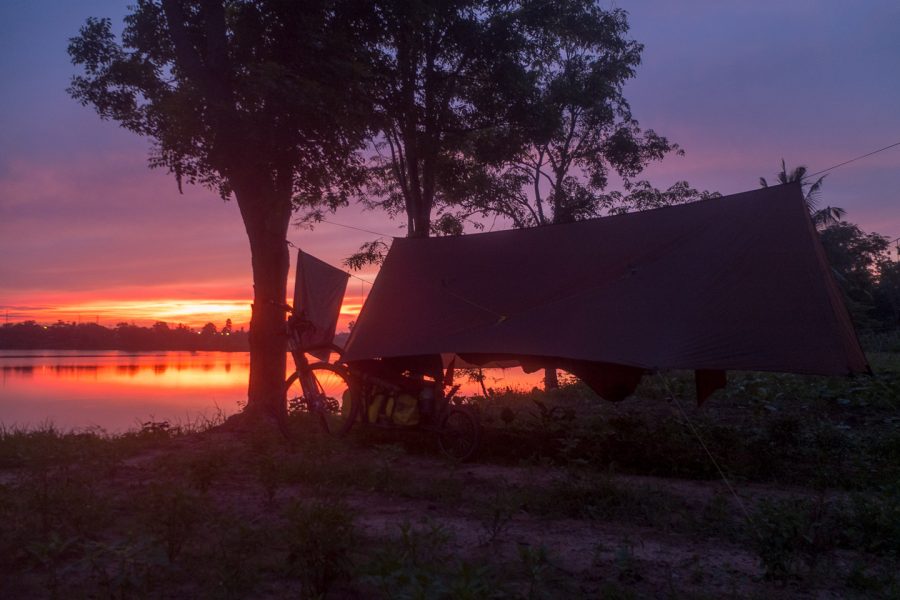 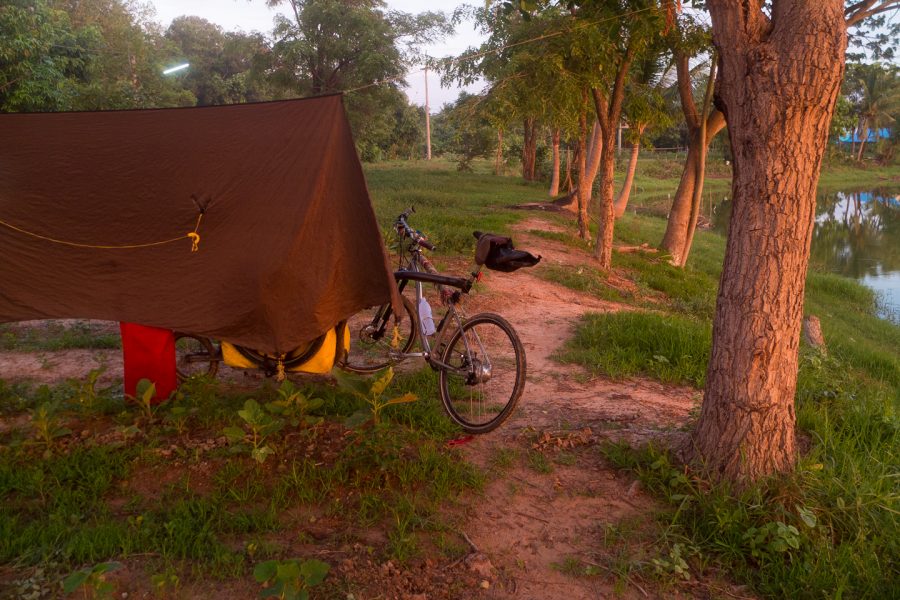 Like I said yesterday, I slept right above some growing plants. I don’t know what it is but it’s still here :-)

The best spot to appreciate a wonderful sunrise :-) 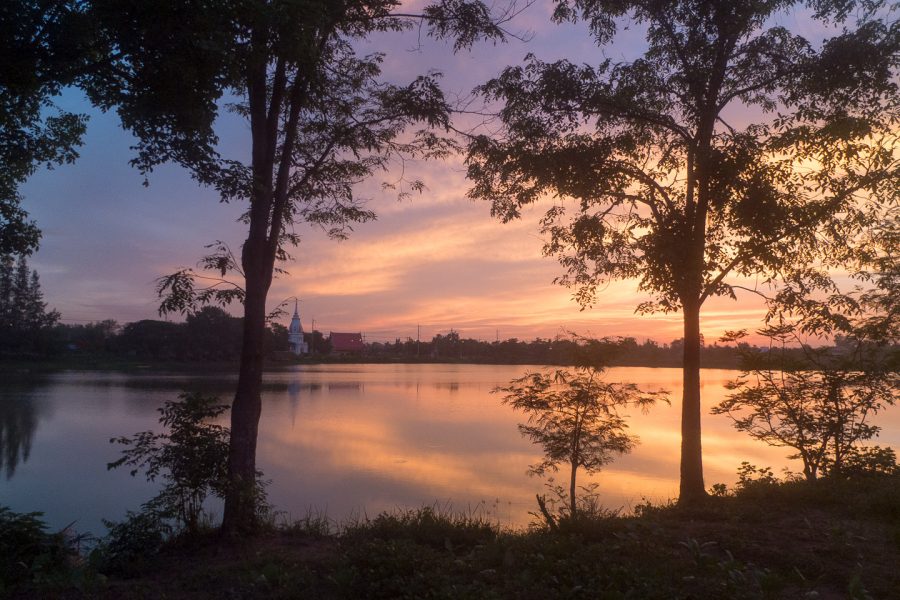 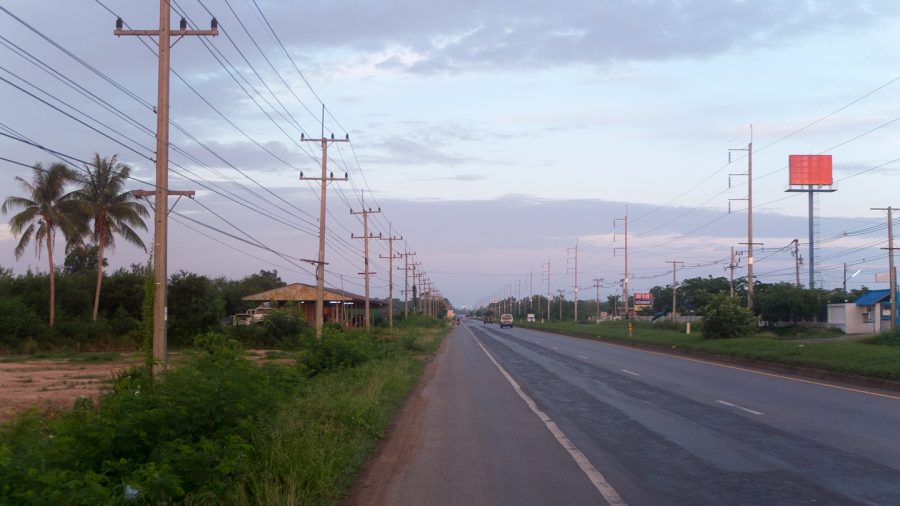 I’m on the road before 6am, good! That’s a straight, long and flat road. 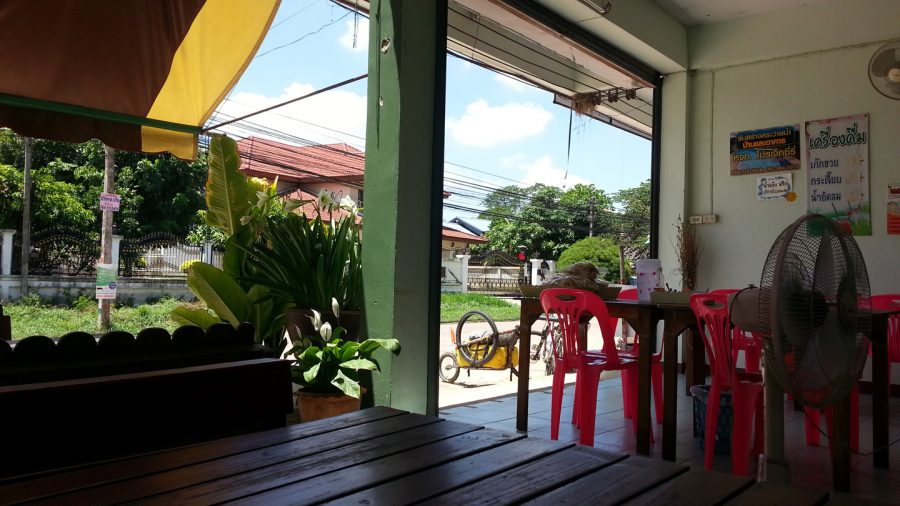 Few hours have passed! I arrived to another Amazon Cafe all this morning. Now, I’m out for lunch and I will come back after this. 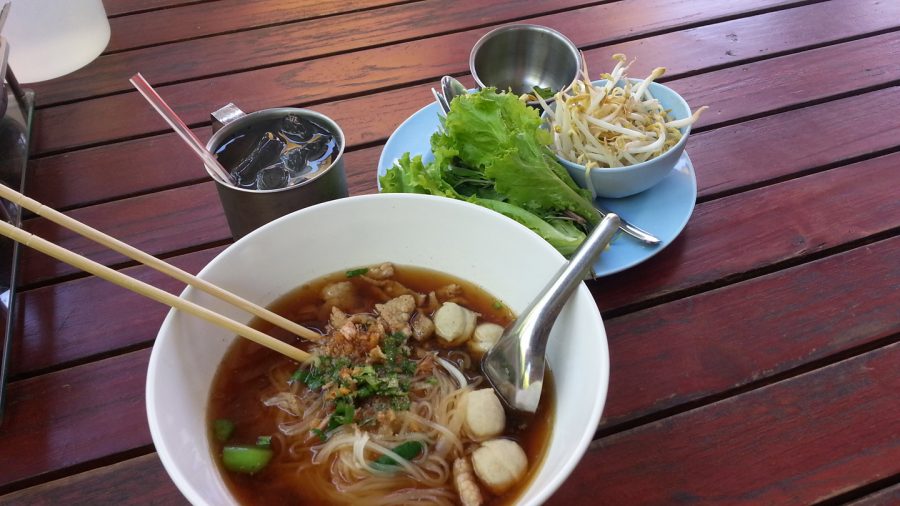 Guess what I have today? A noodle soup. This restaurant looked good but there is no choice regards the meal. Anyway, it’s fine. Reminds me Laos a bit ;-) 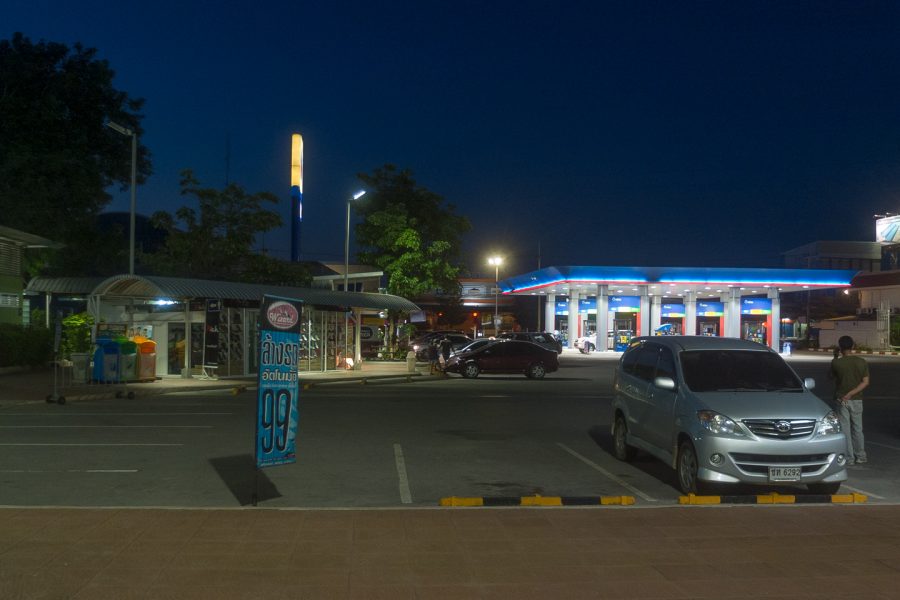 Finally, after spending the rest of the afternoon you know where, I will do some night ride today.

I’ve found on Maps, a bit outside of the city a big public Chinese park. I thought it would be worth it the try this. I would certainly find a shelter in case of heavy rain. The park was easy to reach. It would have been even easier if Google Maps stopped guiding me towards dead end roads. Anyway, I finally reached the place during night time. It was effectively very big, there was a large building with a lot more space than I needed to sleep. The only detail was that, there were three dogs staying in this area and they didn’t like my presence obviously. I believe it was their territory. They started to bark at me without a break. I was lucky, there was lots of piece of wood around so I could scared them easily. But every 30 minutes or hour they would come back and bother me. “This is our spot, move away”. They got so much space and I’m in a corner doing nothing but no. Those bloody dog decided I should not be here. At maybe 1am, I was still awake with my torch, pursuing those bloody dog with rocks, wood, anything I could find. Actually, I nearly enjoyed this. If I could have hit one, I would have been even happier. I like animals of course, but not these silly dogs in Thailand. It very weird like, you cross the border to any other country around Thailand and the dogs are fine! One sometimes would try to show who is the boss but mainly there is no major problem. But as soon as you cross the border, bam! dogs become silly, agressive whatever. So I feel no shame to attack them, not at all. They deserve it. I’m pretty sure their behaviour depends of the people here. Why they are so different than in other countries. This is the way people treat them here. They are not bad, but they don’t respect them enough. That’s my idea, only mine.

Anyway, I knew the night was going to be a mess. And I also knew it would have been so good if those bloody dogs did not show up. Well… Good night, if I can say that.