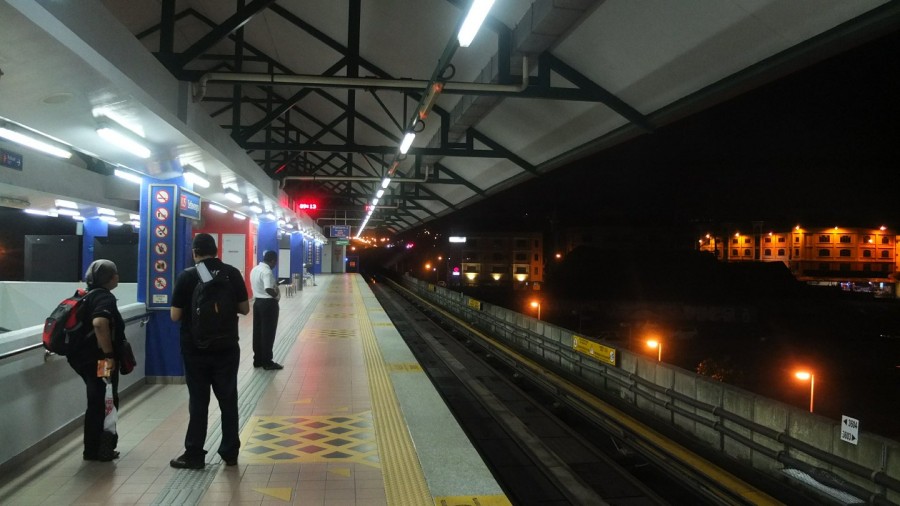 The cheapest flight we have found to go to Borneo is leaving early morning. This is why we decided to go to the airport tonight and sleep there. At first, we planned to catch the train from Ampang and take a second one at some point but Amir offered us to drive us at another station so that way we did not have to hop on two trains. Thanks for this :-) The train cost 6.30Ringgit to get to KL Sentral. 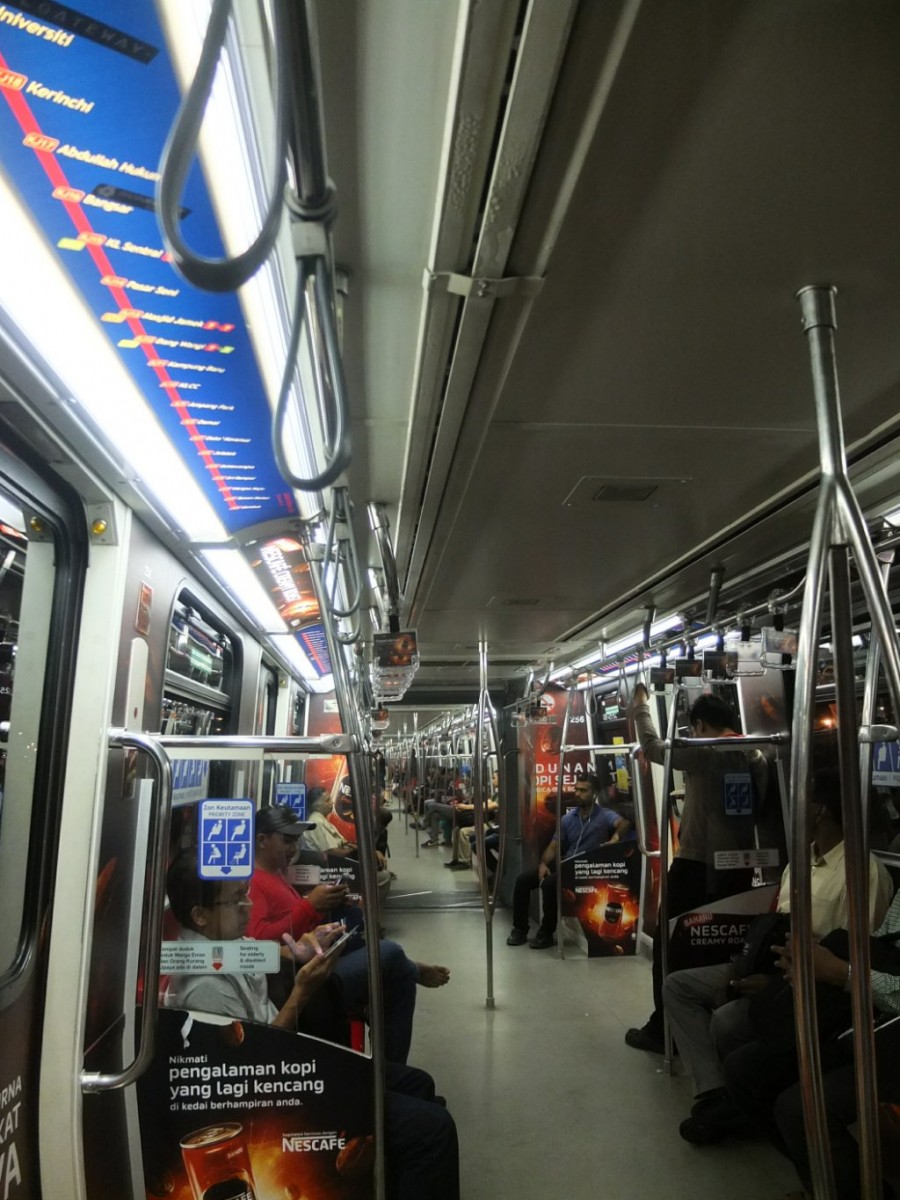 The train is really modern like any other big cities. 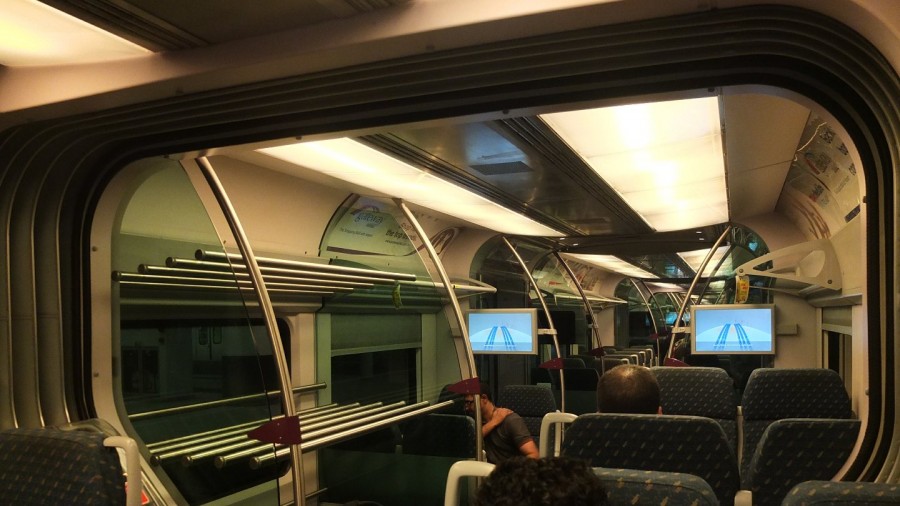 Once we arrived at KL Sentral we got a bit confused. Amir told us that buses go to the airport for something like 8Ringgit. We asked informations at a counter who redirected us to another on which was the Klia Express train counter. We should have stopped and think for a minute but we bought those train tickets which are much more expensive than the bus. The price was 35Ringgit. Okay, this is very comfortable and fast but our flight is tomorrow morning and we have so much time front of us. That was not necessary but anyway, this is too late now… 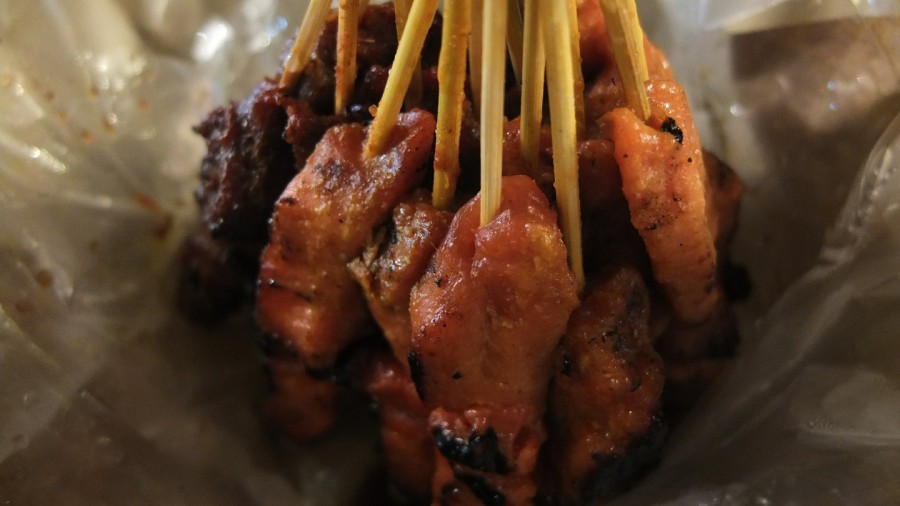 When Amir and Sabariah brung us to the train station they bought some Sate sticks for their dinner. We had eaten already but they still offered us a take away with thirty sticks that smelled so nice. Once we got in the airport we had our second dinner :-) 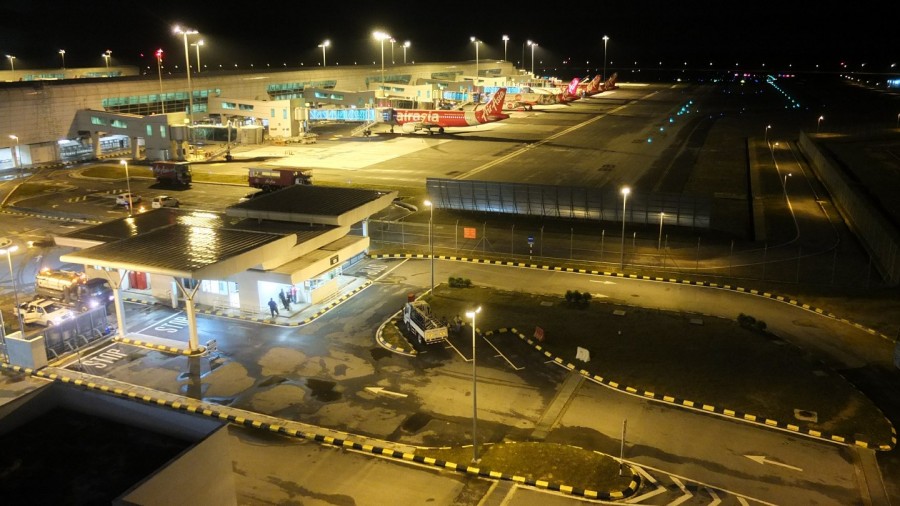 That’s one part of the KL airport. 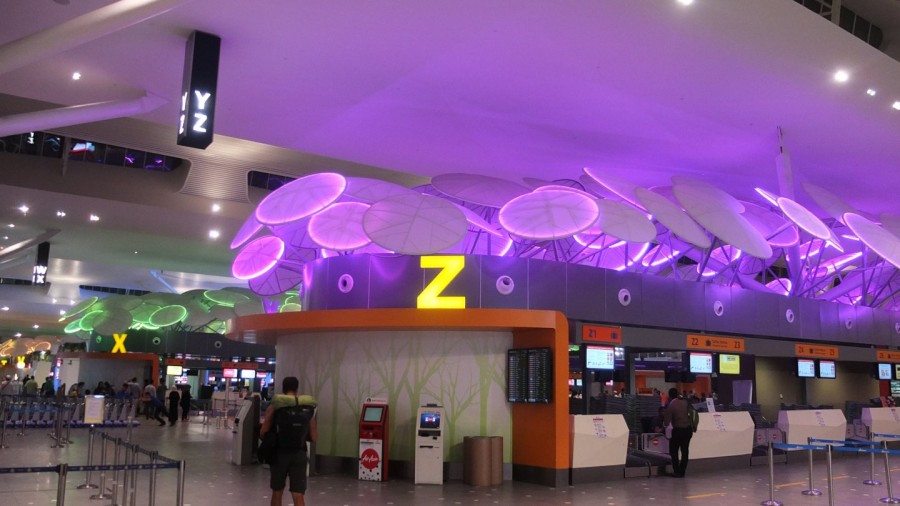 Fancy decoration over here. Once again, all those neon change their color constantly so if you split at some point don’t say “Let’s meet front of the green mushrooms” because you will be in trouble haha ;-)
As we are carrying tents (including the aluminium poles) and Stephane’s bag being heavier than 7 kilos, we manage to buy a checked luggage to make sure we would not have any problem passing through the security. We share the price which was 22Ringgit for 15 Kg allow if I remember well. Actually, we asked to two person to know if we could bring tents as Carry on baggage. The first one said “yes, it’s possible” when the second one said “No, you cannot”. We played safe then…

One thought on “Ampang > KL airport”