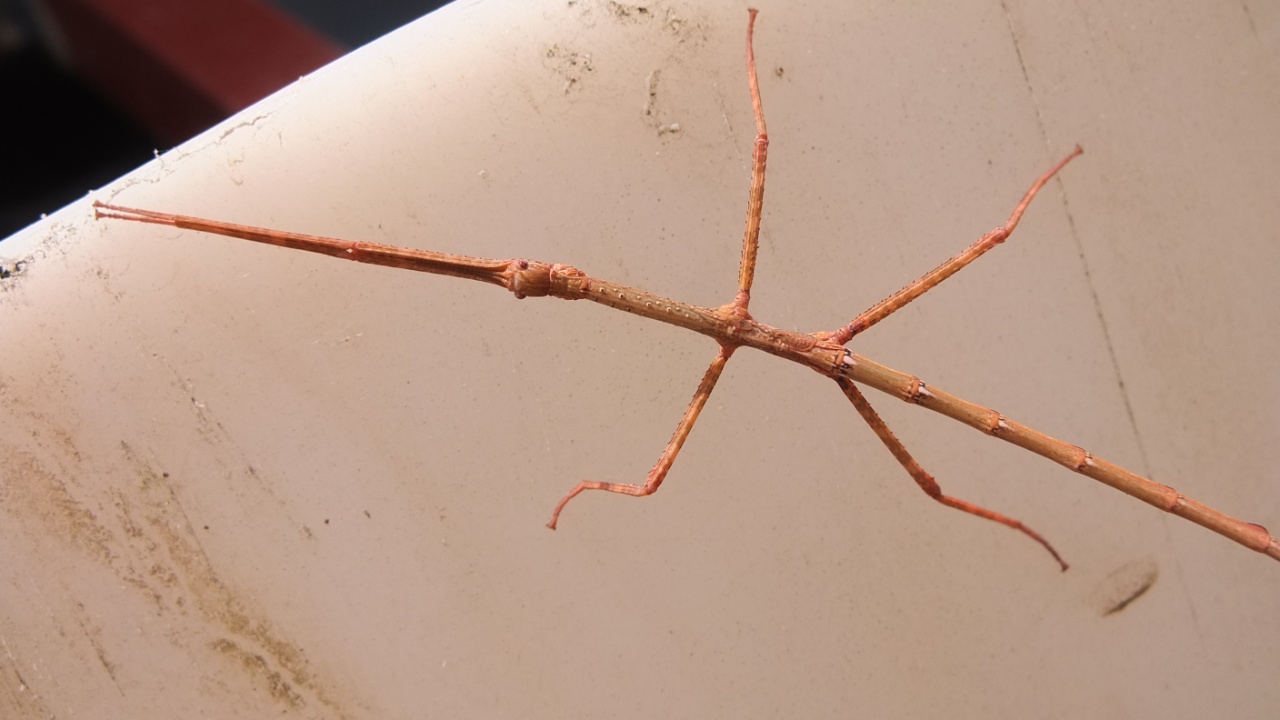 I worked on my blog most of the time this weekend so there is nothing special to say about that. We start this monday by the discovery (thanks Jamie) of a new animal, hmmm an insect I would say :-). It’s a phasm (Phasmatodea)and its shape is wow, impressive! I never seen one in real and it imitated wood really well.

The Phasmatodea (sometimes called Phasmida or Phasmatoptera) are an order of insects, whose members are variously known as stick insects (in Europe and Australasia), walking sticks or stick-bugs (in the United States and Canada),phasmids, ghost insects and leaf insects (generally the family Phylliidae). 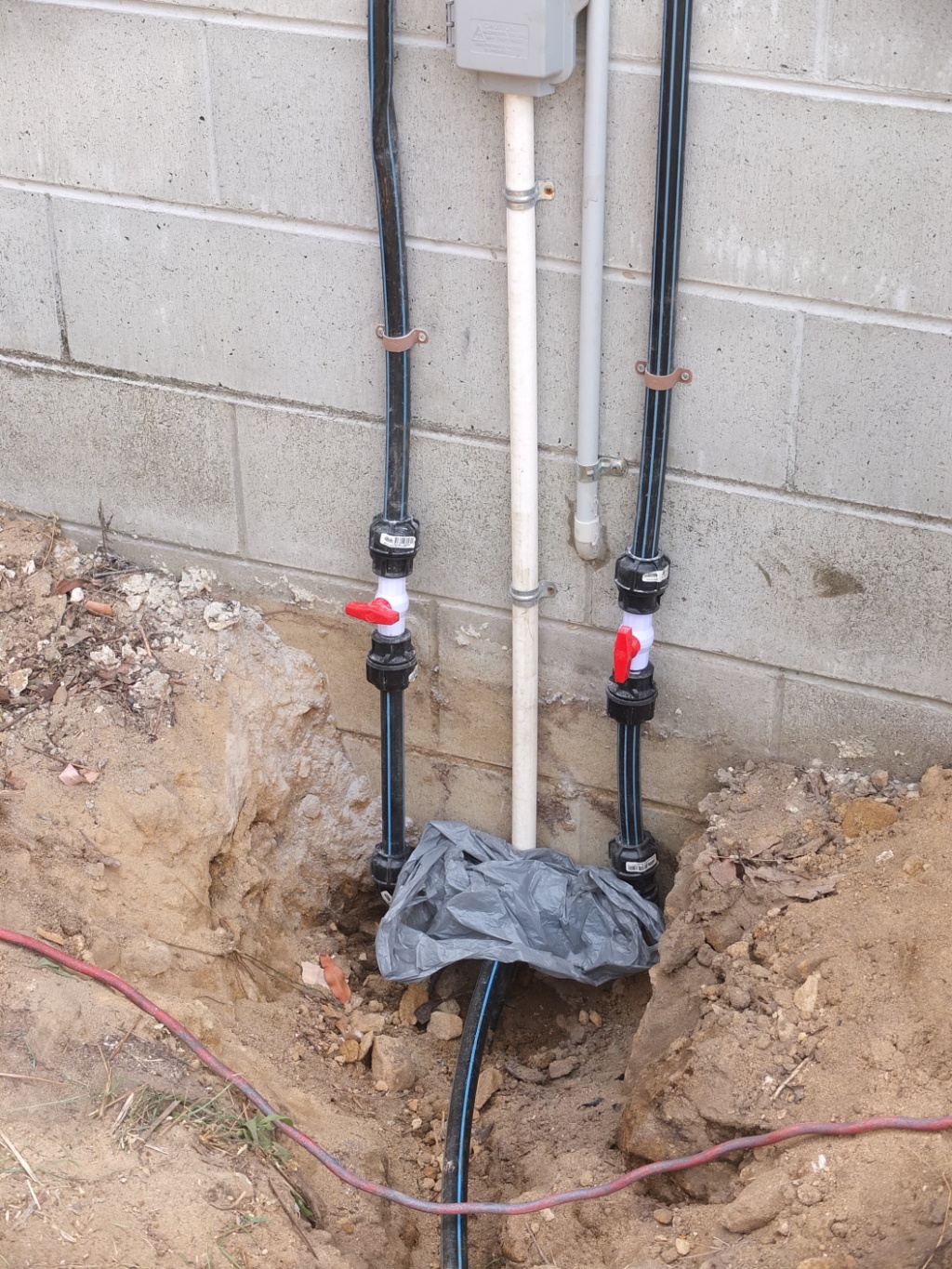 The water system is now working correctly so we continue improving it to finish the work properly. Early this morning we started digging (to dig : creuser) the trench and now we are fixing the pipes along the wall. 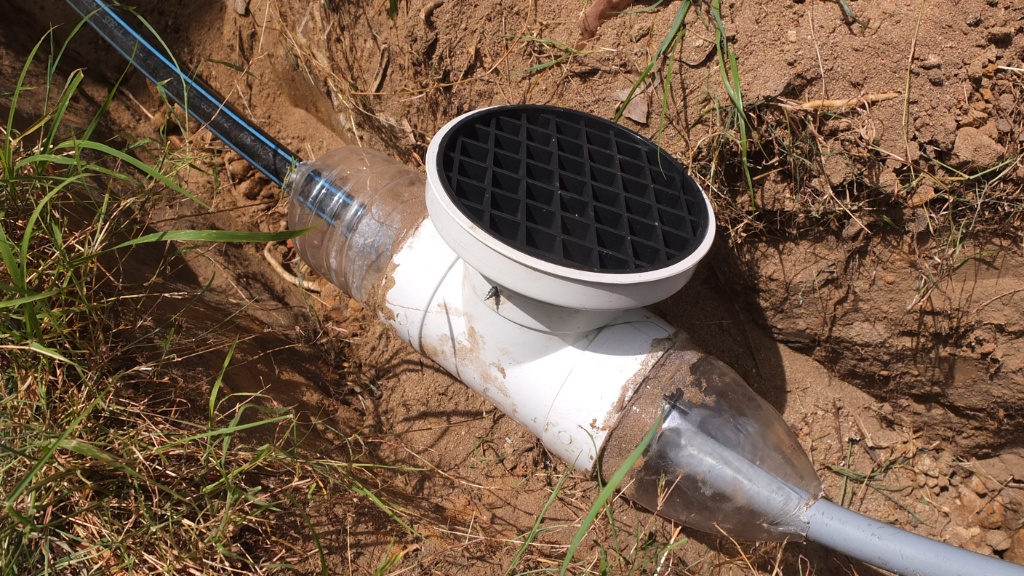 We worked on a system which keeps pipes connections reachable so, one day, if there is an issue, the next packpackers (certainly) could check those parts without making a new trench again. We are so nice ;-) 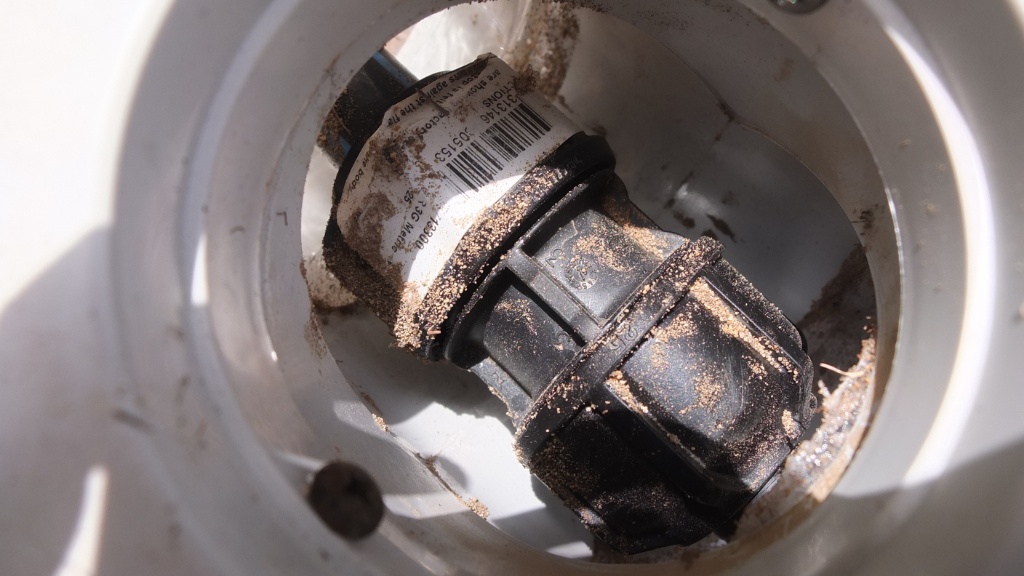 Just by opening the cap we can verify if it’s linking, easy :-) 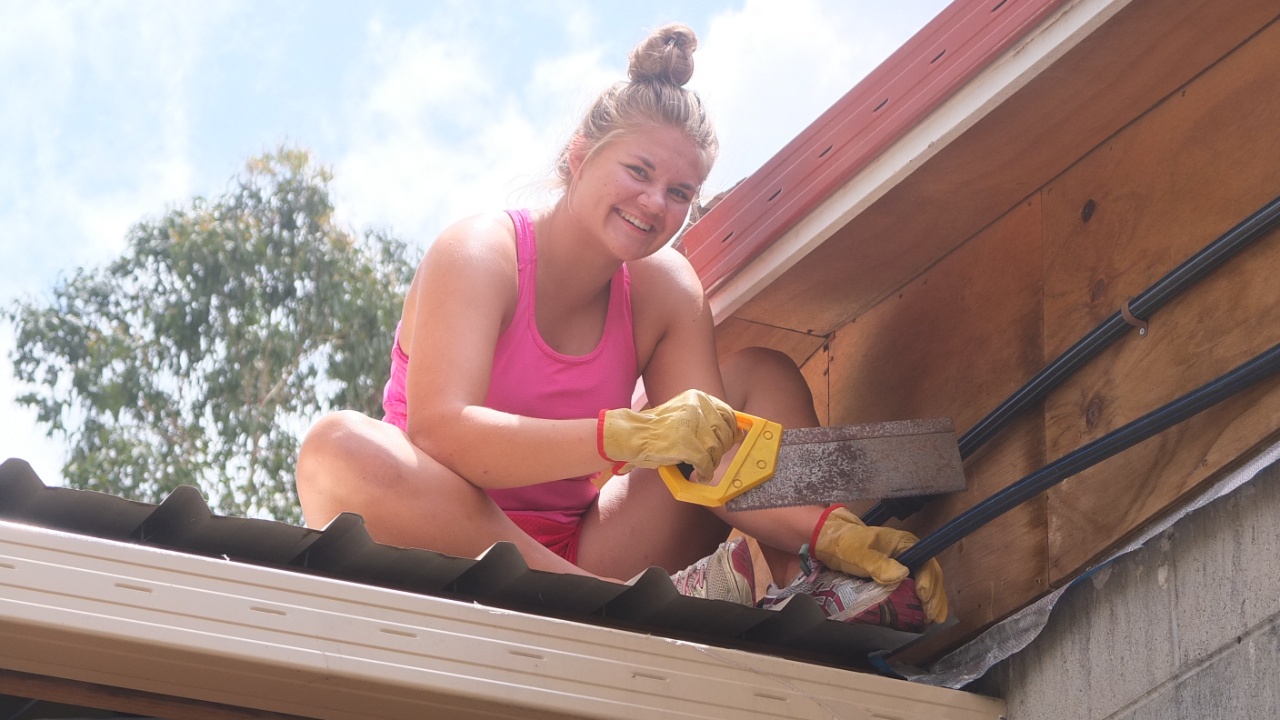 Vilma is cutting the last piece a pipe and then we will terminate the job :-) 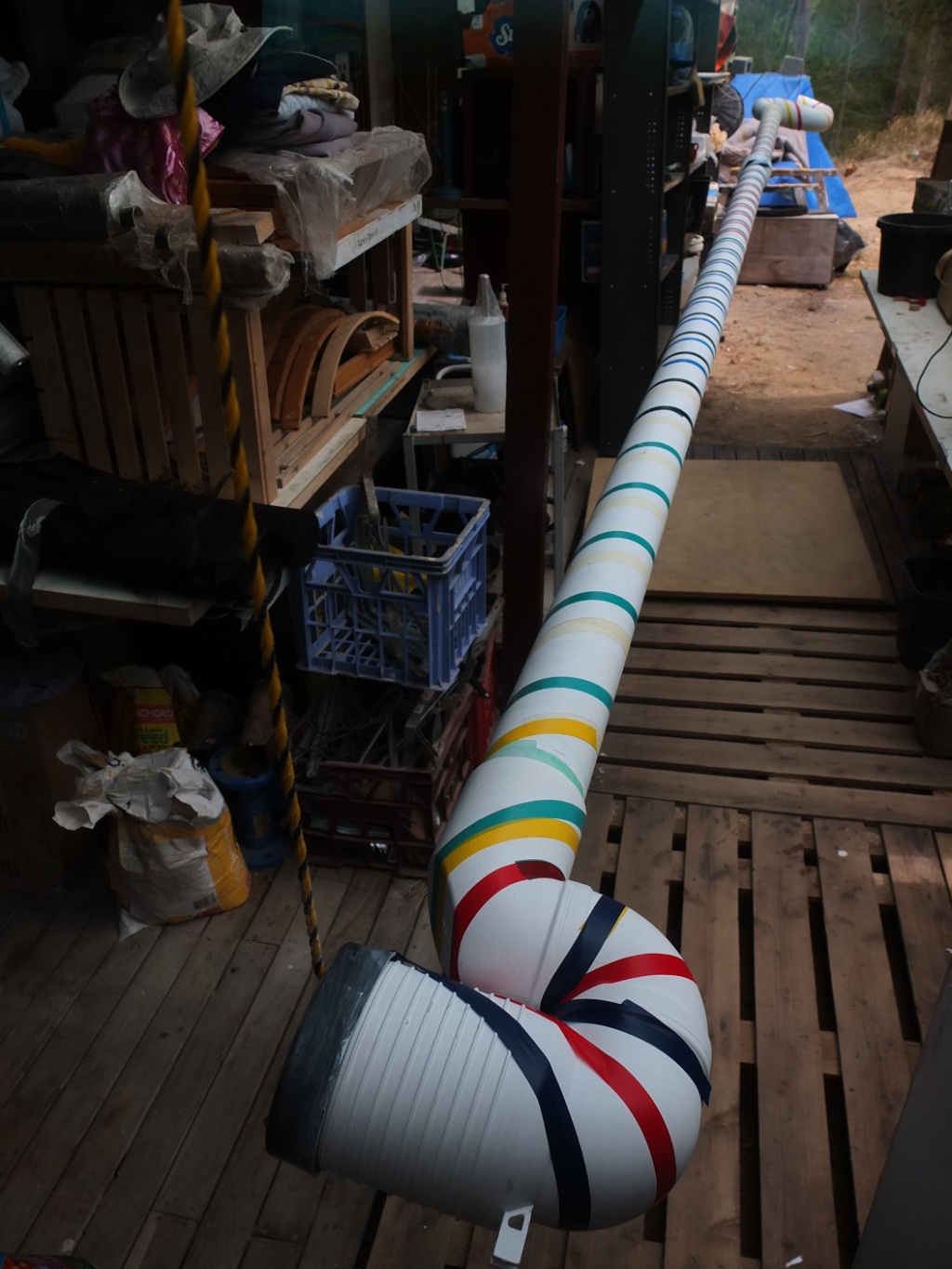 And we are going to finish our job tomorrow because we worked already 6 hours. Time run so fast someday. This afternoon, I don’t have so many things to do and I don’t want to spend my time front of the computer. I know, I could read playing guitar or whatever but painting? why not? I want to see how the “deck” will look like when I’ll apply the red twisty pattern onto :-) 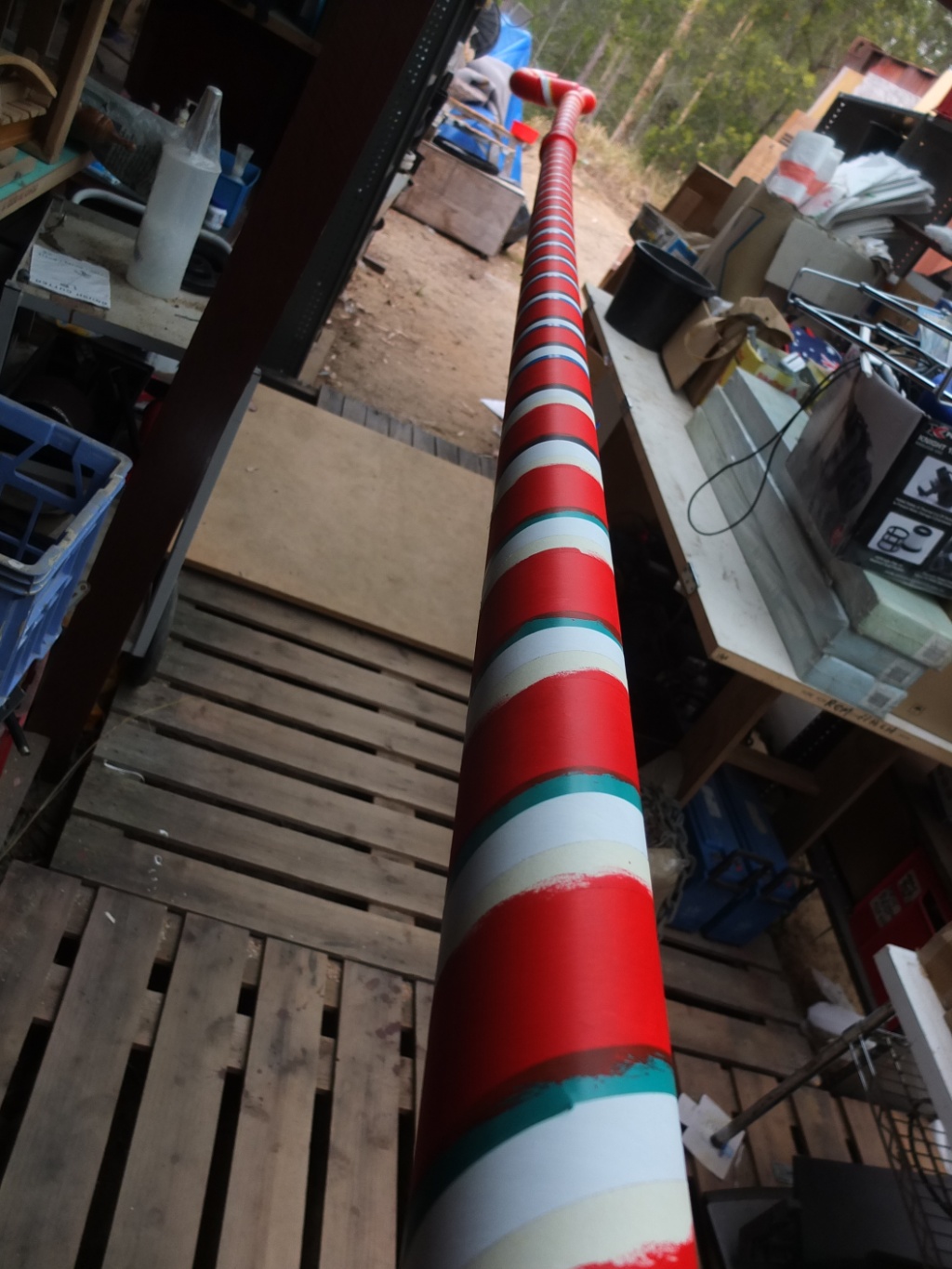 It needs a second layer but the result is cool :-D Anyway. A pipe is a pipe and any colour I could choose when it’s on a lake it’s ugly so, at least, maybe, it’ll look fun this time. I hope…
Tomorrow, second layer and then final result. And after all of that we will test it on the “lake”!! :-)