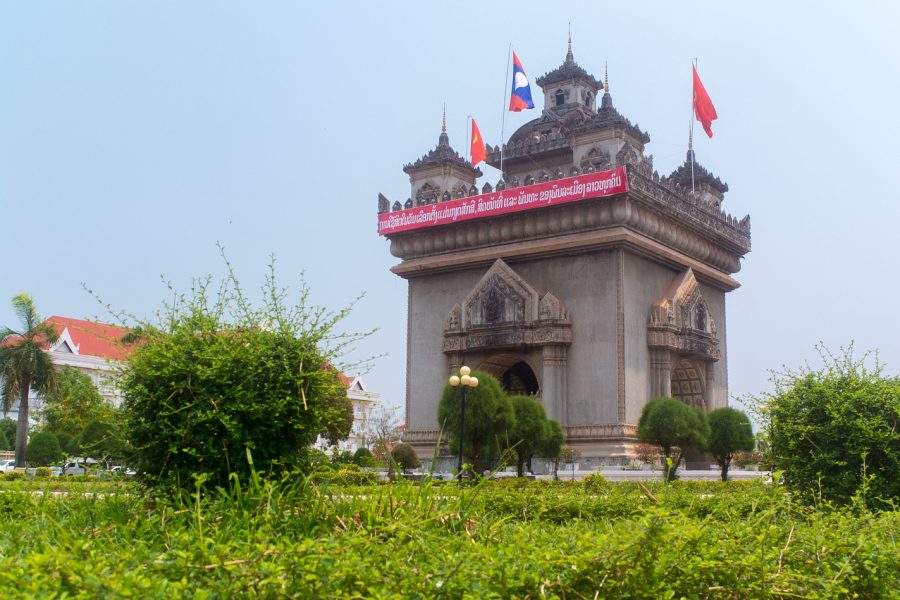 Another big step in Laos! Few, I’ve made it! We had only 50km to do and arrived in the capital around 1pm. When cycling I covered myself completely because at this time, the sun was hits very hard. Few days ago, I’ve found a mask along the road. I cleaned it of course, even several times. It became very useful against the sunlight and the traffic pollution. I just wanted to arrive here and rest, really rest. That’s why we cycled until 1pm which I don’t do usually. Now, no more cycling for a while :-) At least without the 35kg I’m carrying all day long. 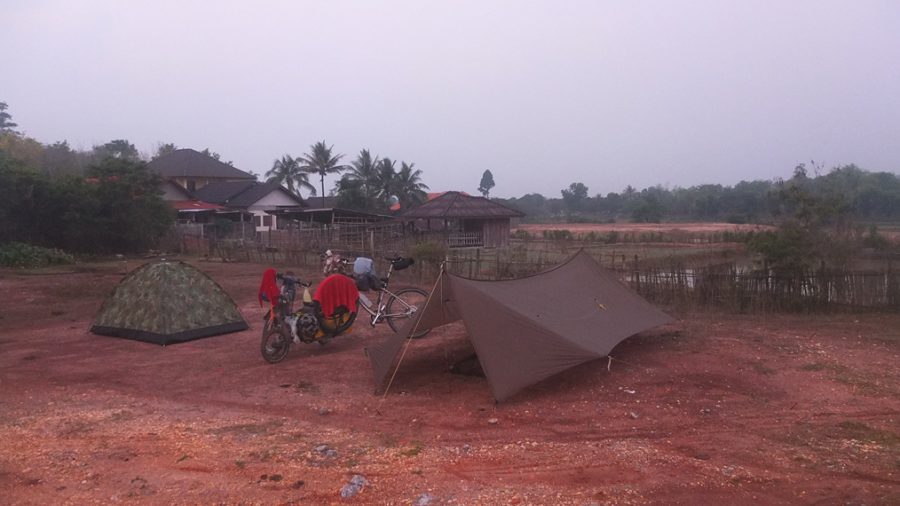 Last night was so hot! This is not the mountains where, at 1600m, the night are slightly fresh. Yesterday, I’ve started sleeping with the mosquito net above me but no air was flowing. I had to open the net to be able to breath. Fortunately there was no mosquitos somehow. Apart that, the night was really quite. 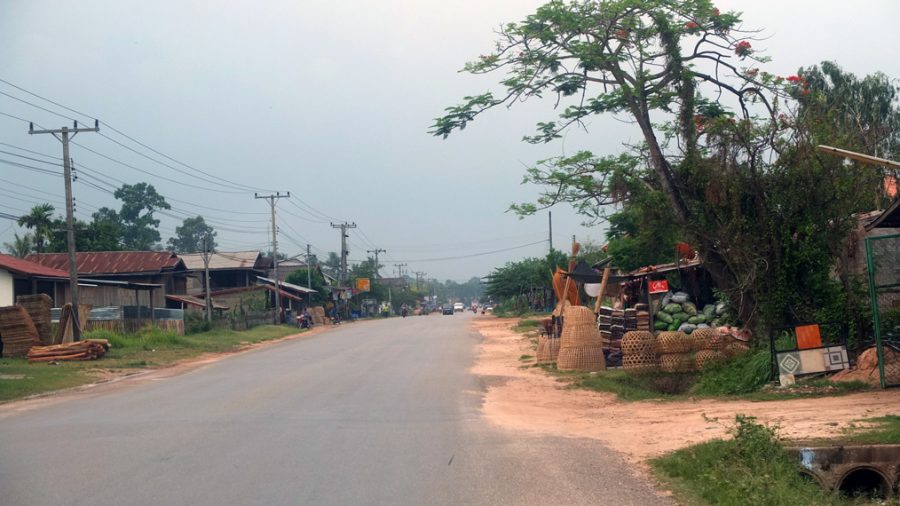 The road is still very easy. It’s pretty cloudy now too so let’s take advantage of it and keep going. 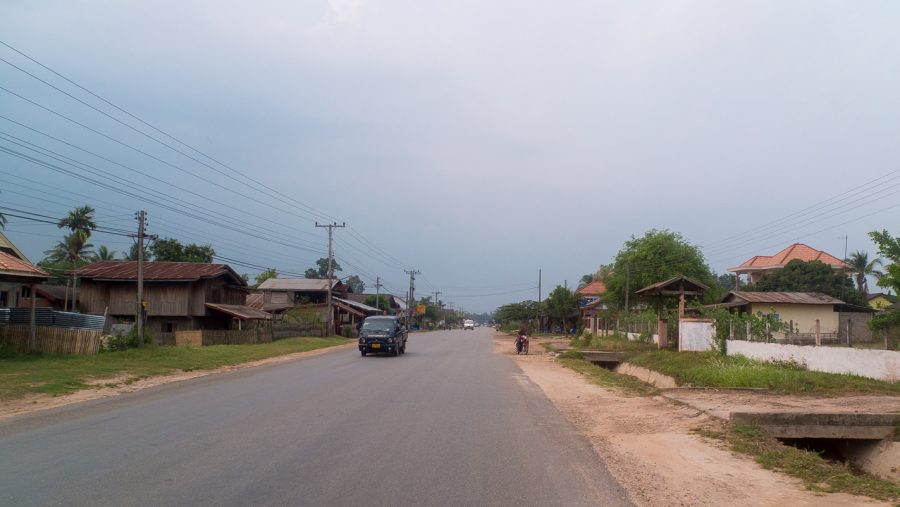 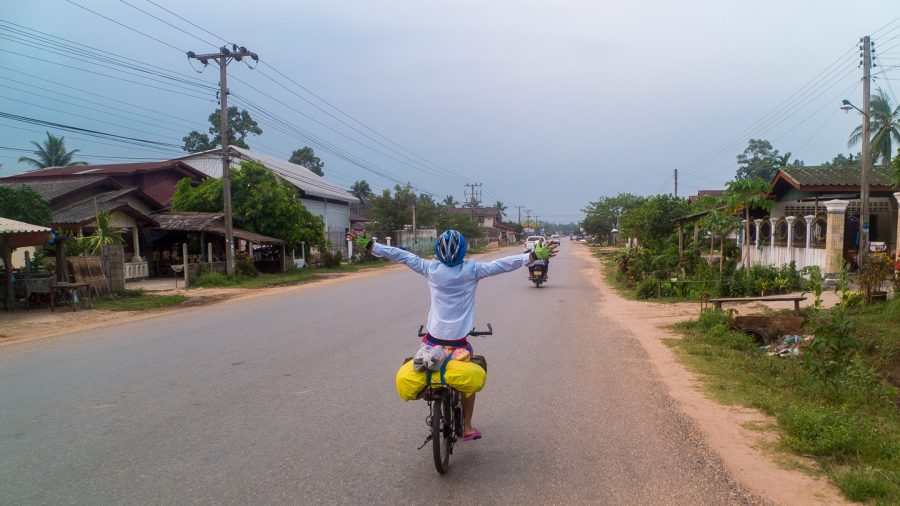 We are getting closer to our goal. Bright is happy apparently ;-) 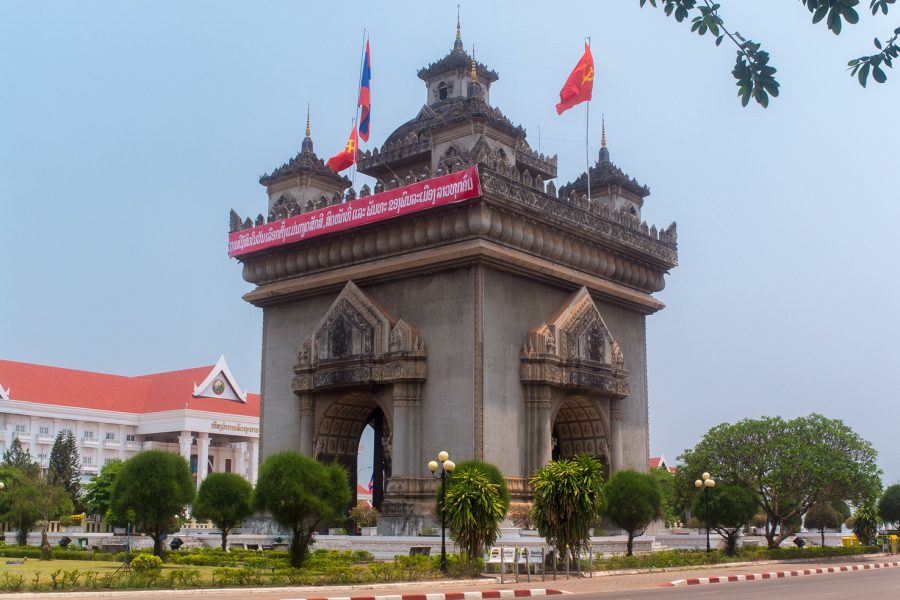 Finally, we made it to Vientiane! The weather is super hot now! I feel I’m burning!
This gate is apparently the icon of the city and the country. Maybe, I will come back later this week to take some pictures of the city if I have the motivation which is really not certain at this moment. For now, let’s find something to eat, something to drink and have a rest under the shade. See ya!

One thought on “Taothane > Vientiane (50km)”