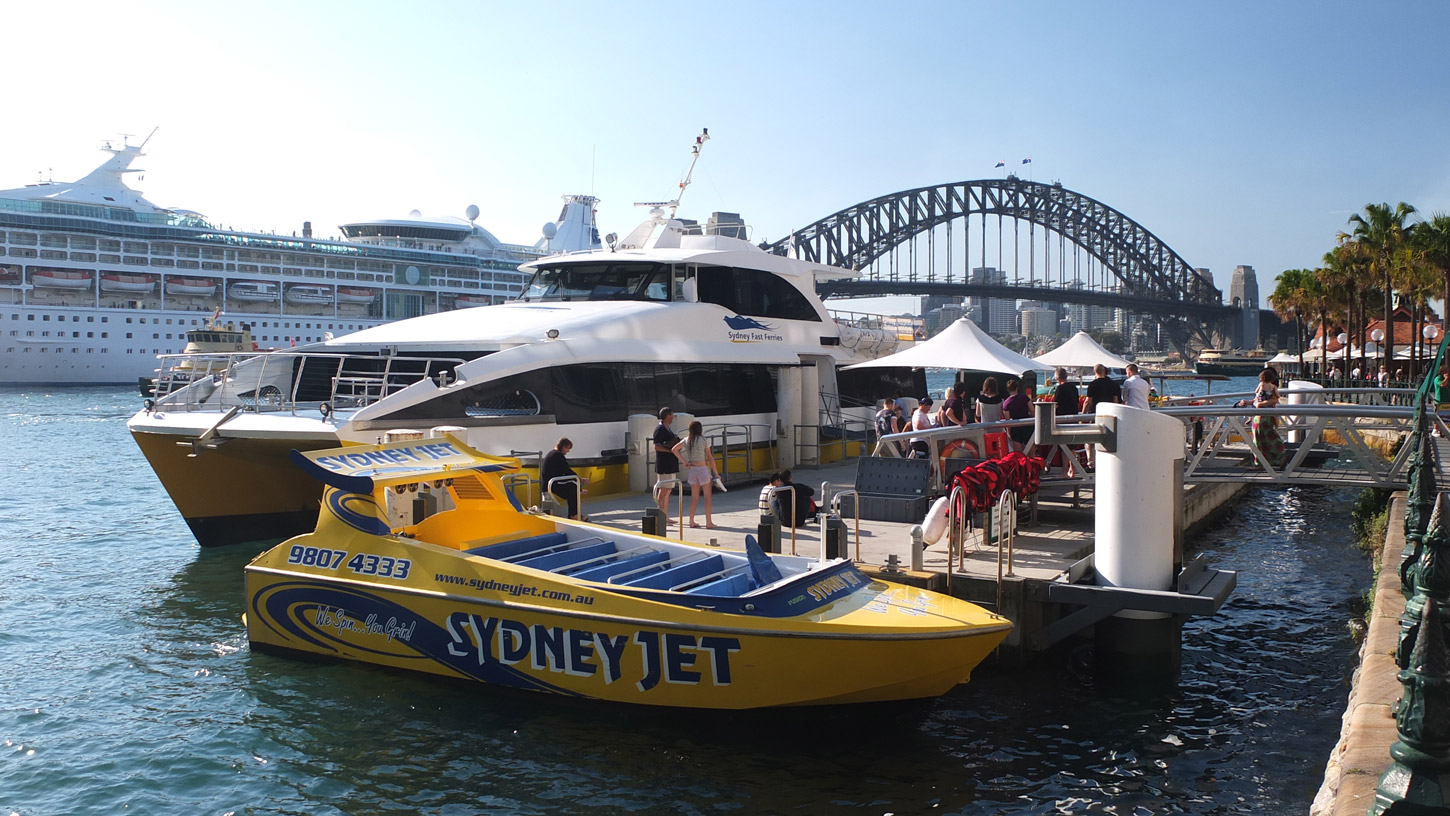 Adrien, one of my roommate, and I are going to do whale watching today. The weather is really hot and we hope we will see some nice big whales jumping in the air and smiling  to us, we never know.  We came too early and the boat is not ready yet. We’ve got 30 minutes, so let have a look around. 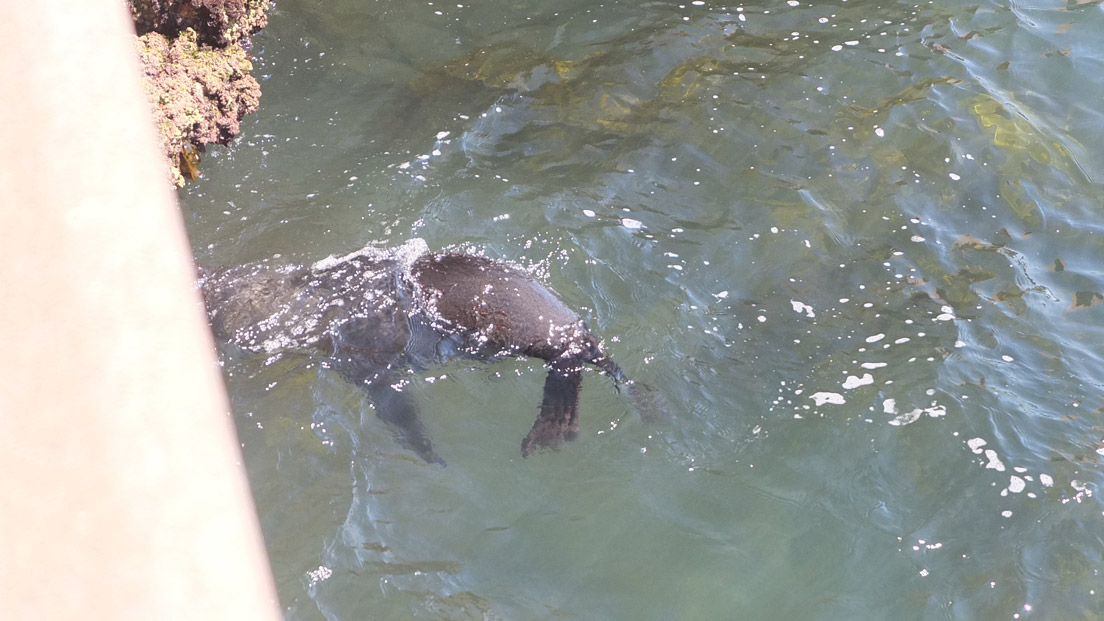 5 minutes later, next to the Opera House,  we spot a seal! 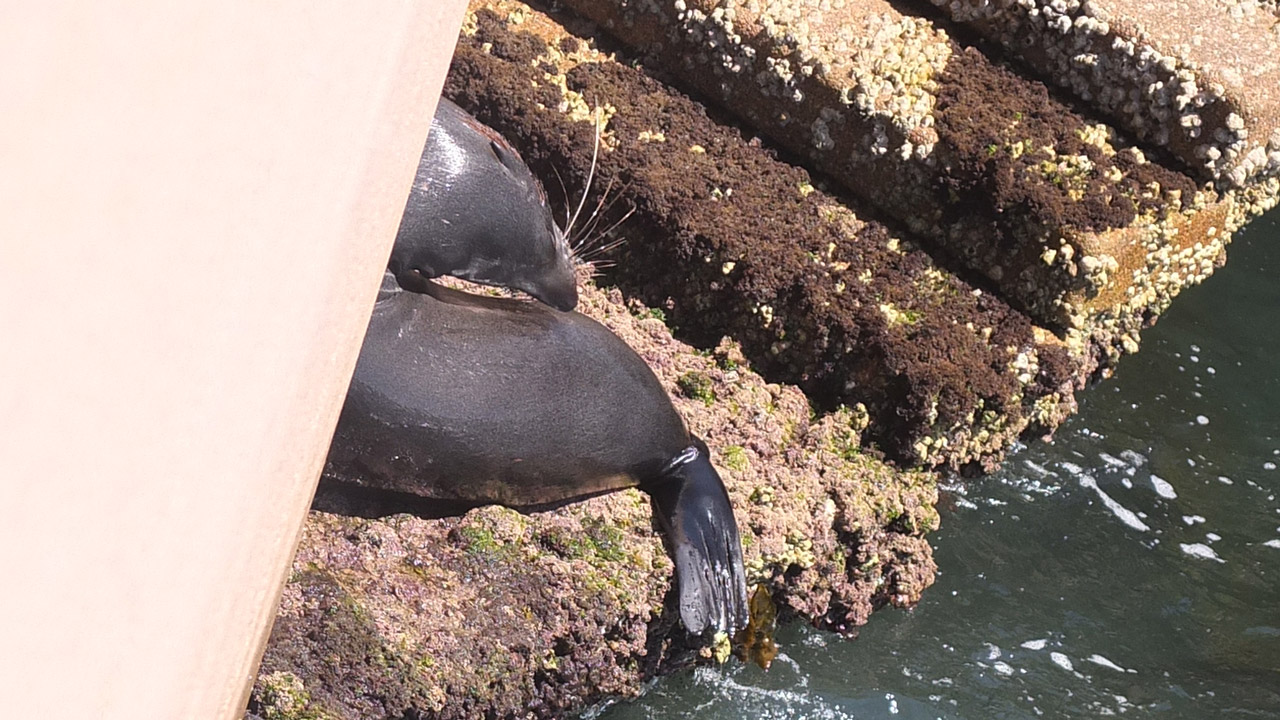 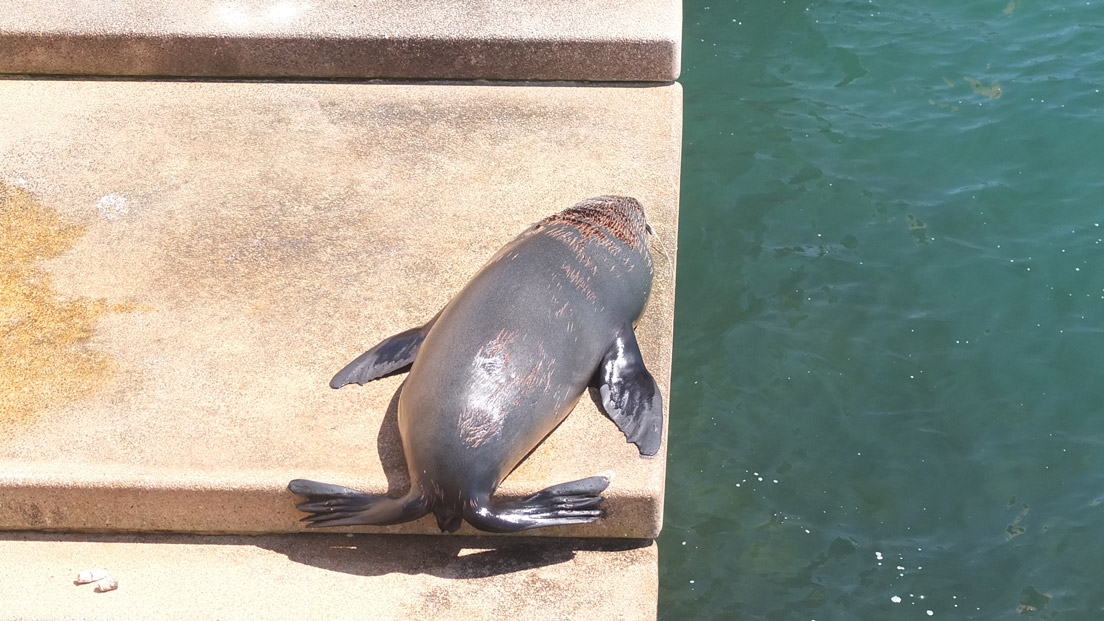 After playing in the water, that seal jumped on the stairs and laid down naturally without noticing people watching . 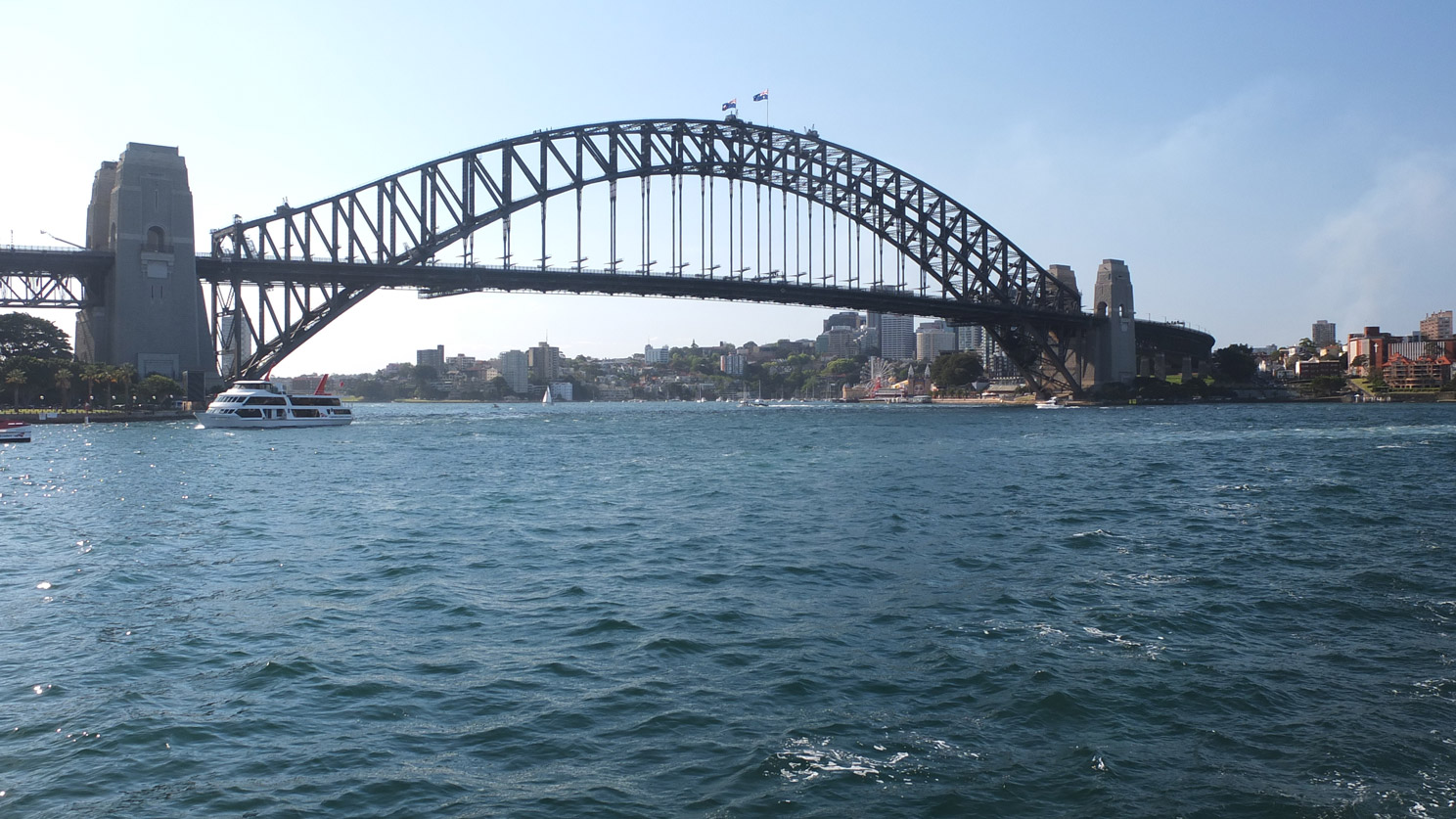 Finally, the adventure starts. We go towards Manly before changing our way to reach the plain water. 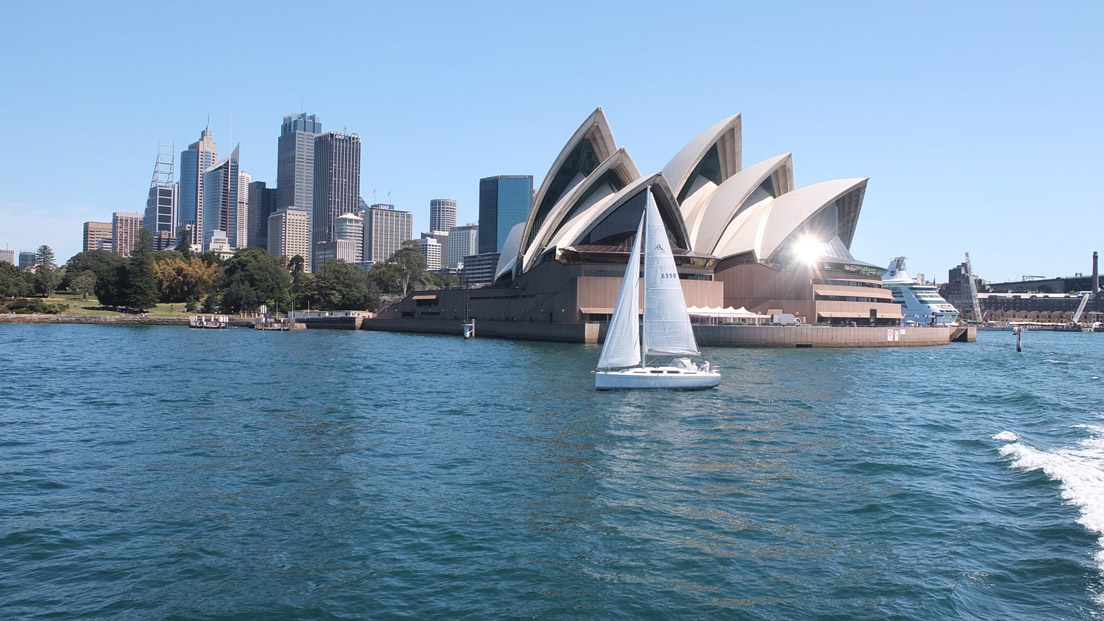 The Opera house! Impossible to see it on this picture but the seal is still lying on the stair that you can see on the right side of the theatre (the dark area). 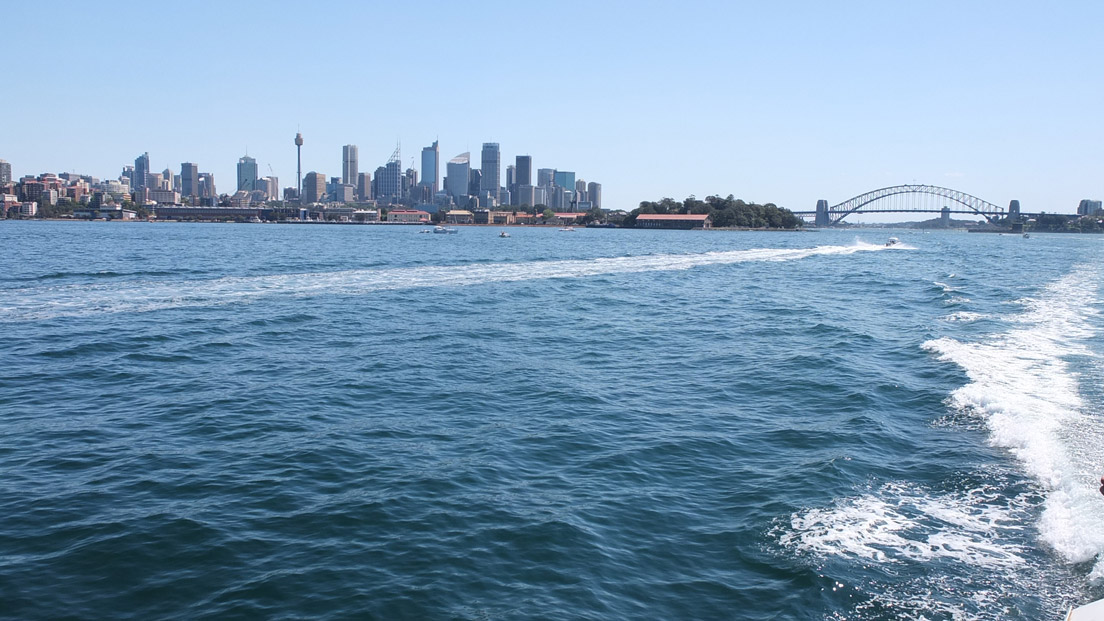 Sydney in the background. 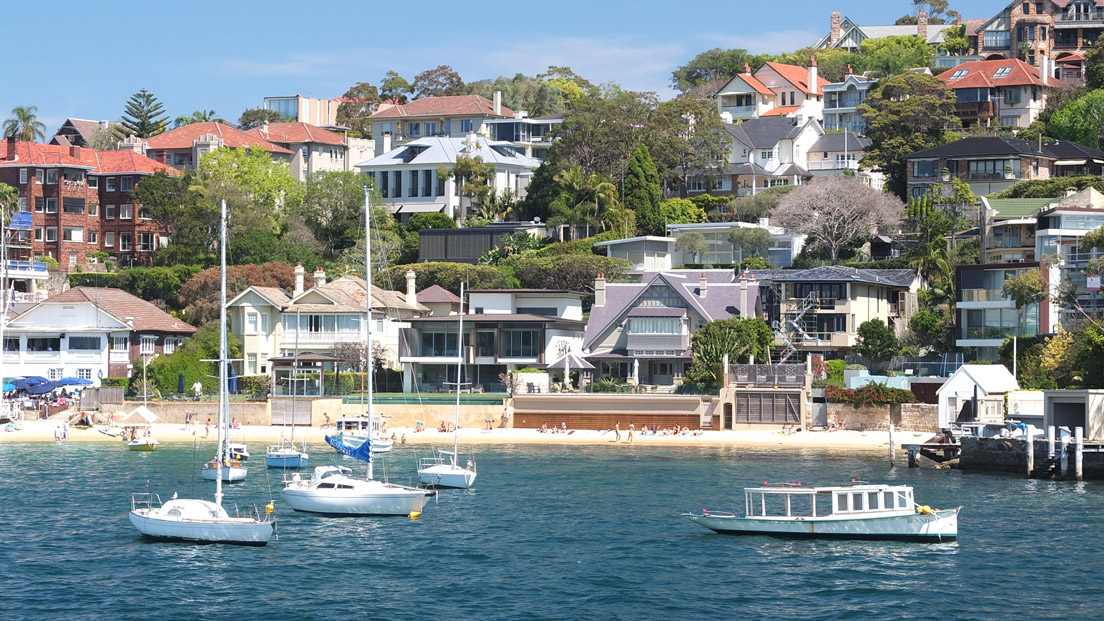 Some poor people live there. 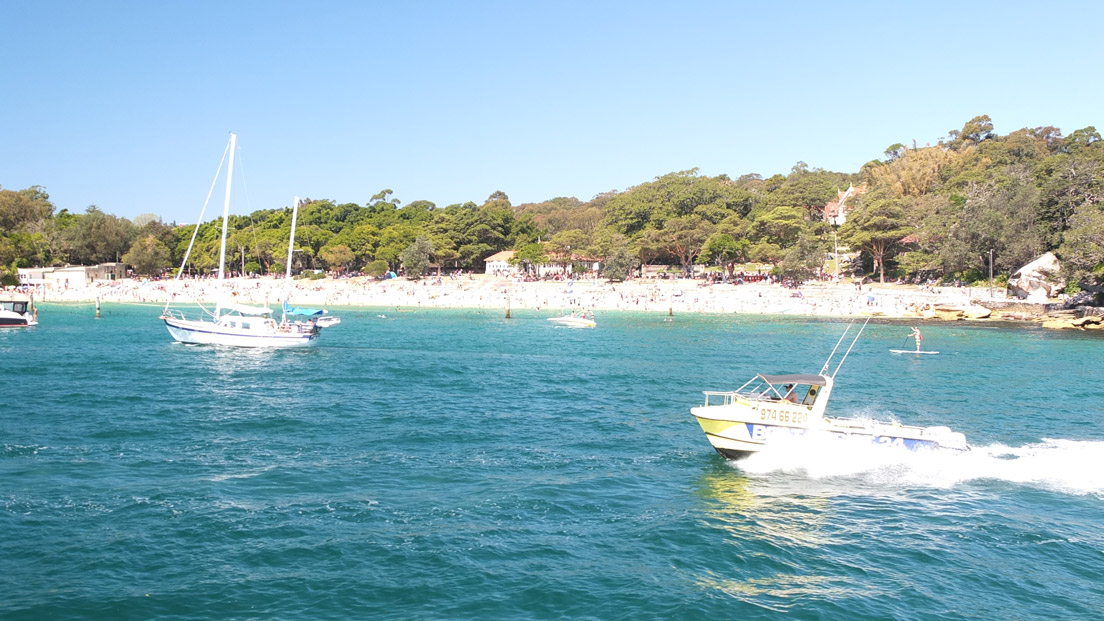 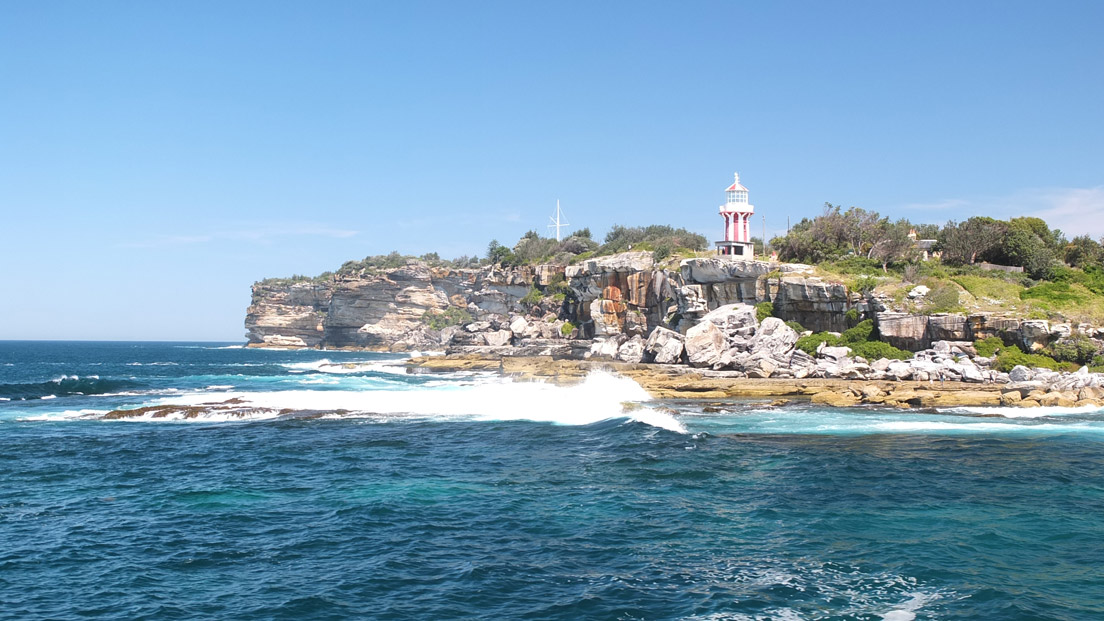 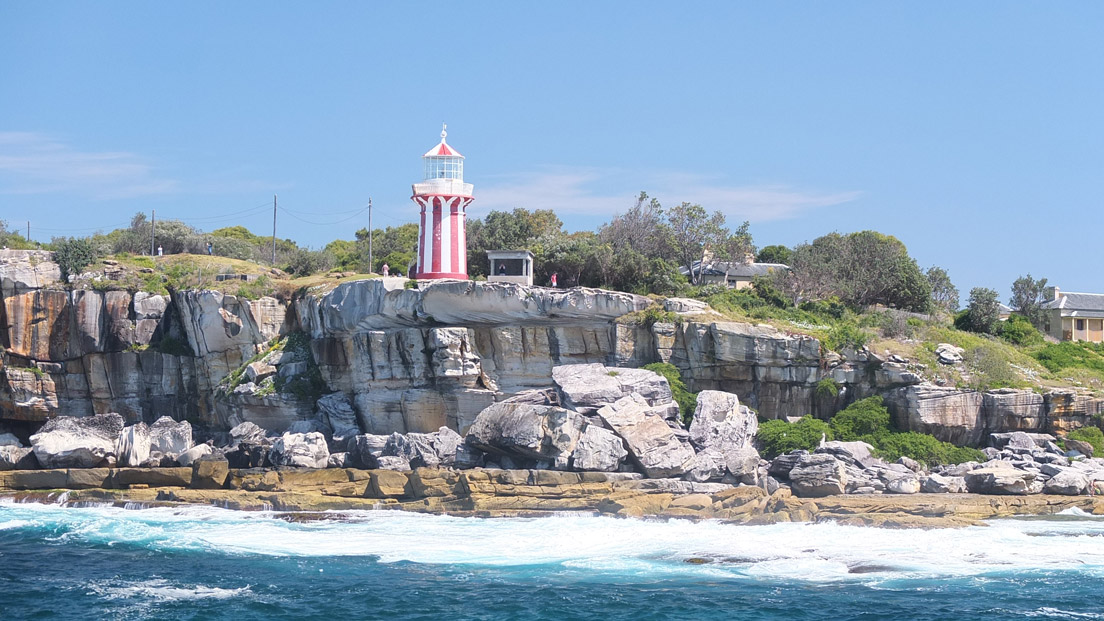 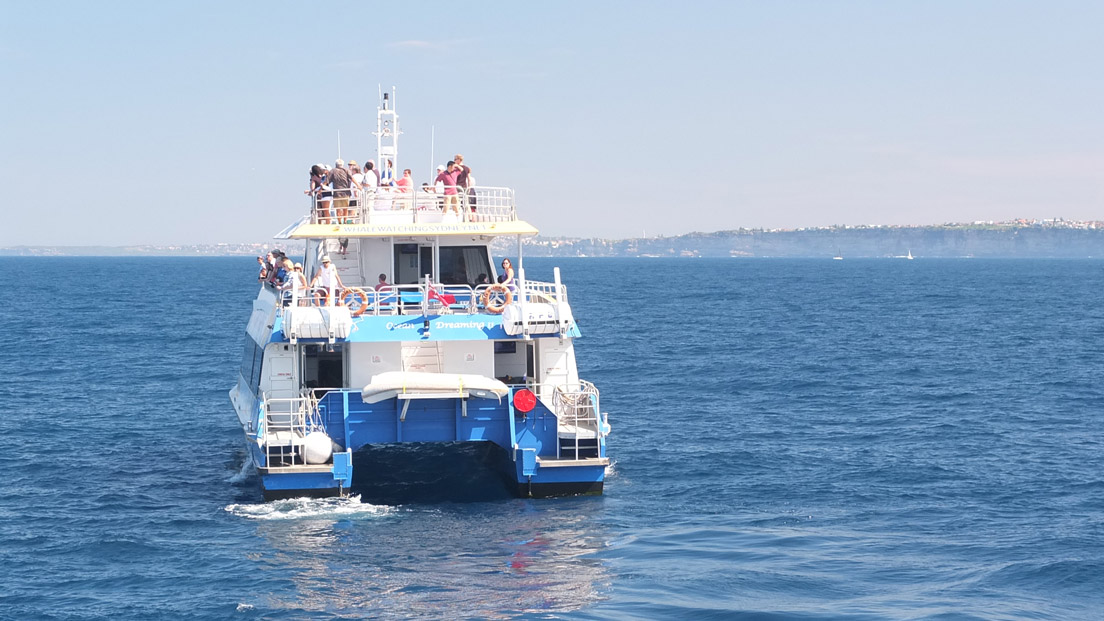 We are finally on the right spot (or not) to observe the whales. Of course, we are not alone and some other tourists boats are around trying to get the better place.

A minute before we were maybe a mile away and we could see a whale far away. Unfortunately when we reached the point the whale was gone, we are not lucky… 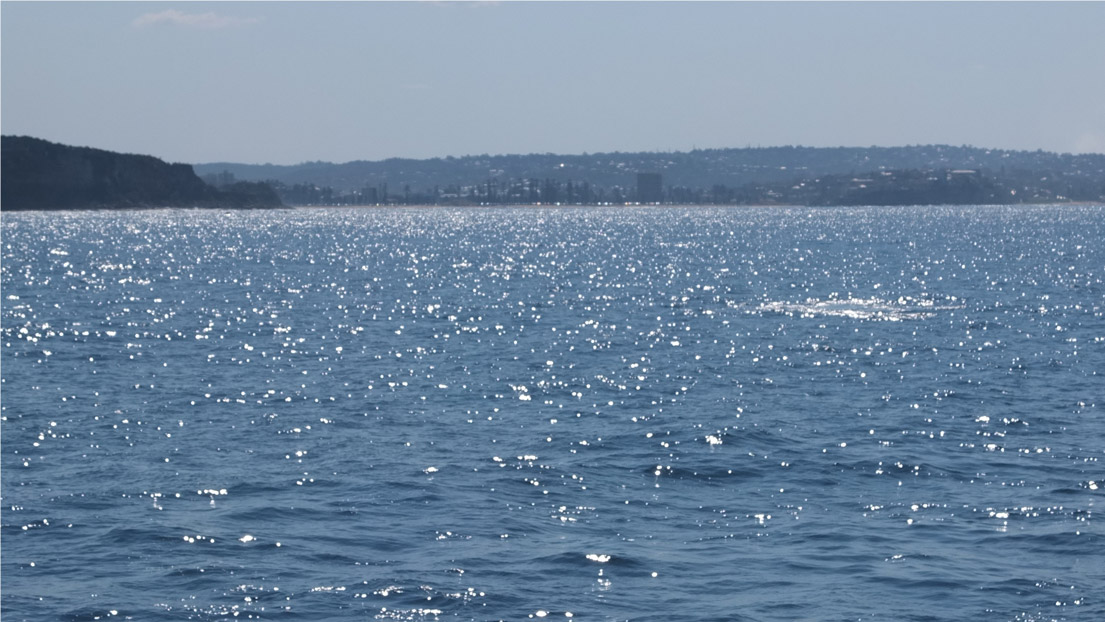 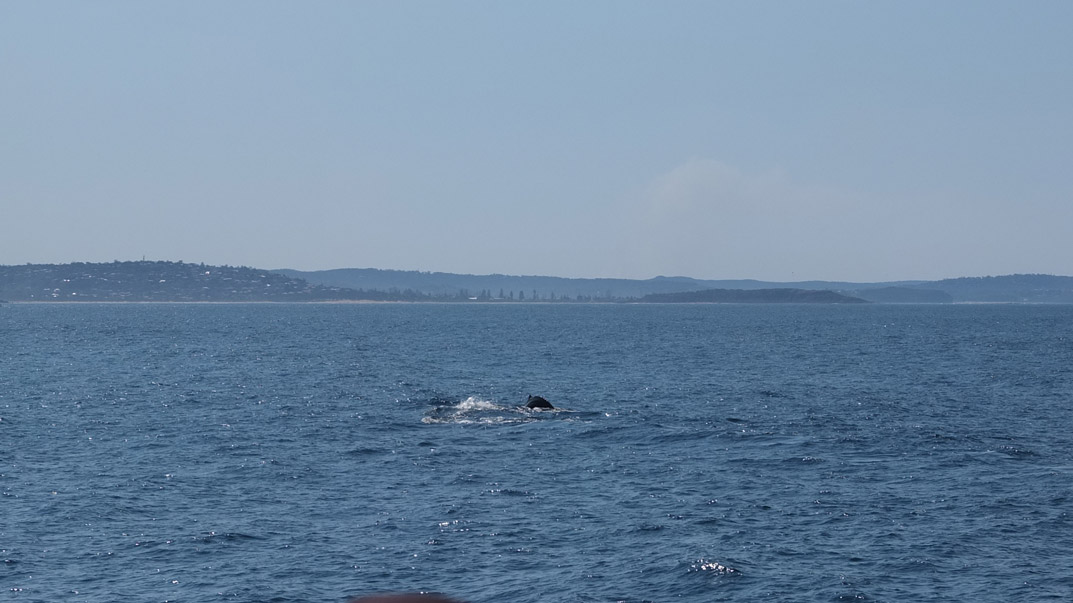 And another one there as well. Come on whales, move! These whales are called Humpback whale (baleine a bosse). They can produce really complexe sounds that scientists don’t really know what do they mean yet. The number of those animals decreased by 90% before 1966 and because of the whaling industry. Today they are only 80.000 worldwide.

Really hard to catch anything with the camera so I found another solution: a multishot :-) 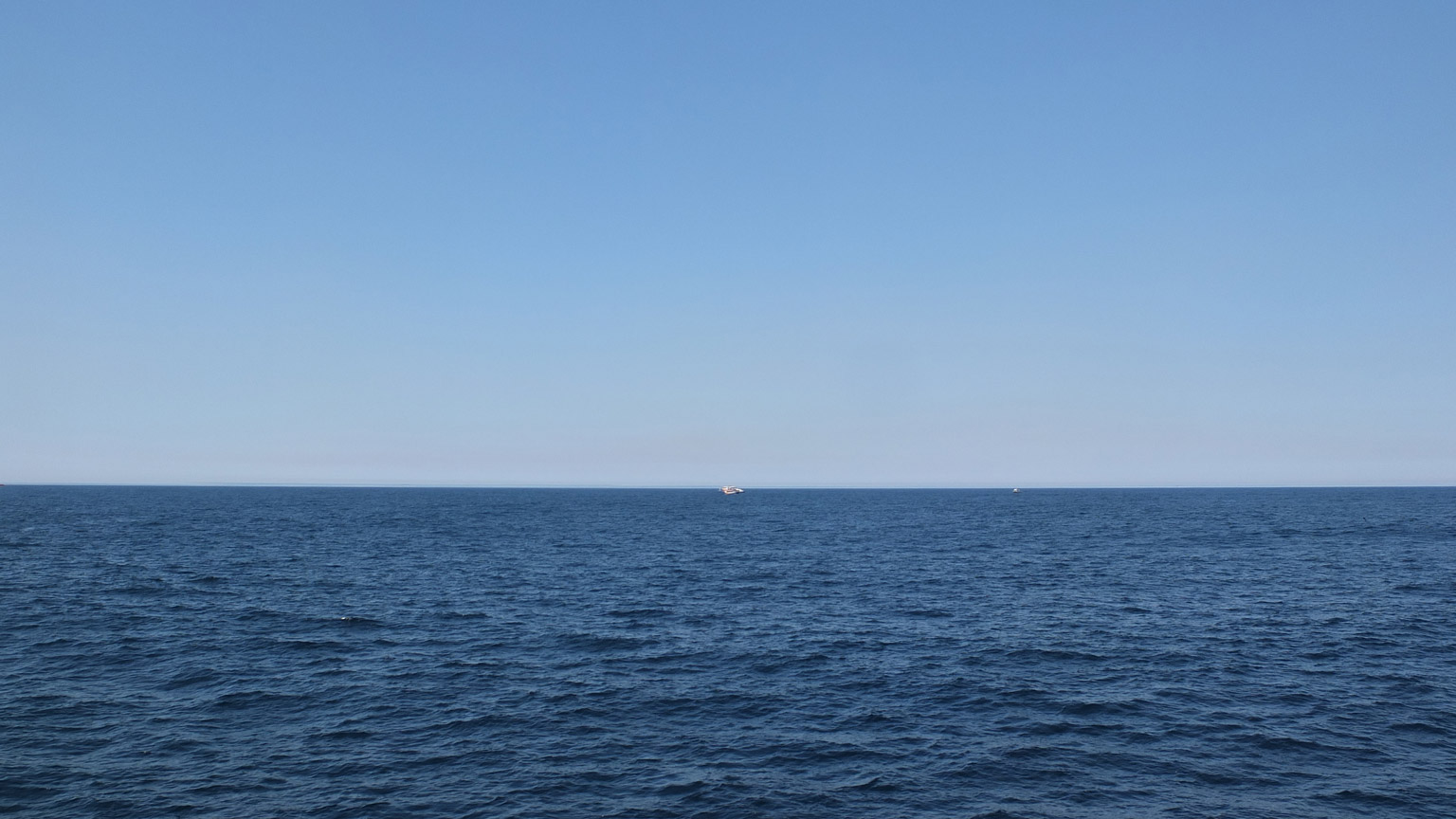 The best shot of the day, nothing revolutionary but that boat moves too much to get good shots. 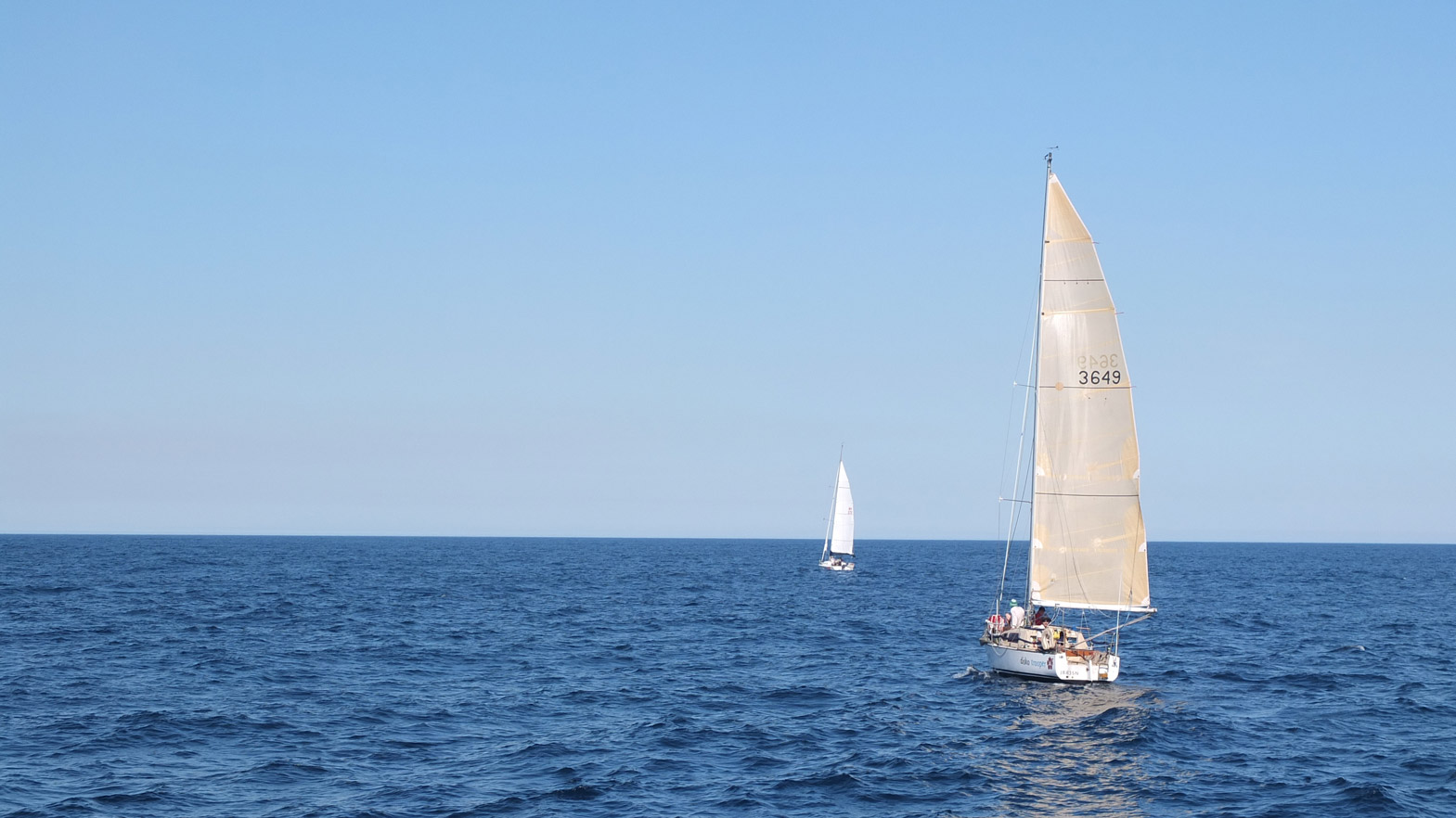 After we have seen maybe 5 whales (or 5 times the same maybe) we are now coming back. It was exciting to be able to watch some of them swimming slowly. Everyone was running from one side to the other side of the boat when a signal was given.