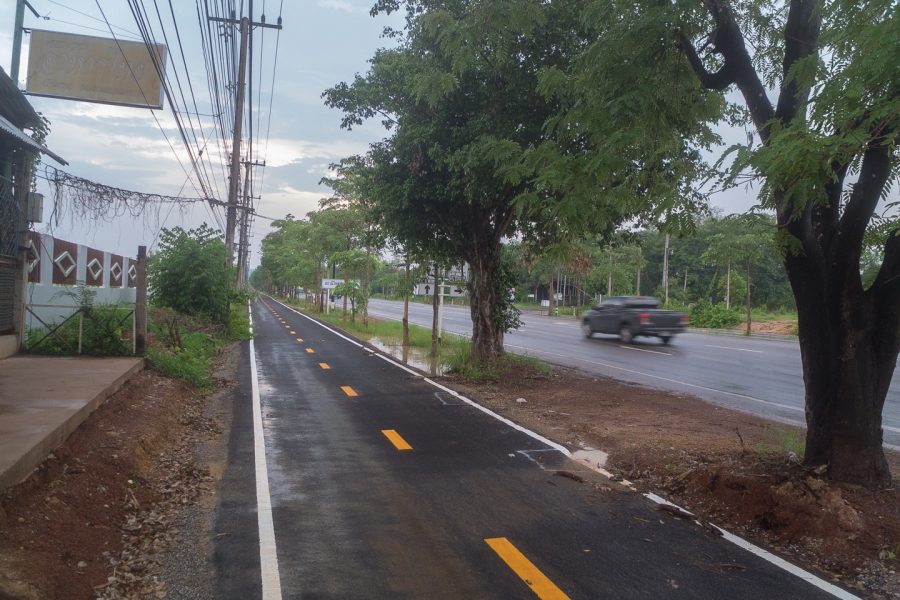 Aie! The return of the hills! I was still okay without haha :-) But that’s fine, it was far to be the Loas style so I survived ;-) Not much interesting thing on the way today. I didn’t take much pictures neither. I was just focused on the hill. Should I do it tonight or smash it tomorrow morning? Actually if I would have done another 40km today, I would get across to hills, the second being the highest. So I’ve decided to climb the first one this evening, sleep somewhere around a village and do the second part tomorrow morning by fresh temperature. That sounds like a good compromise :-) 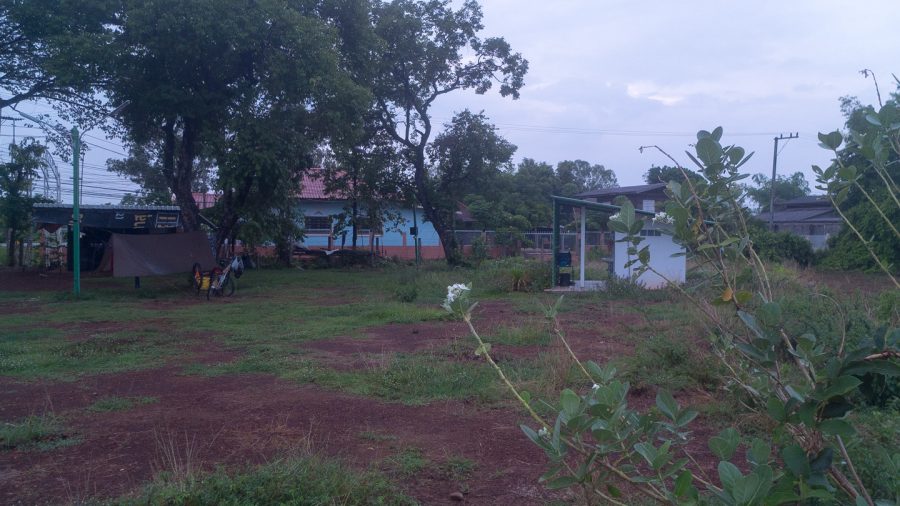 Back in time…
That’s my five stars hotel I talked about yesterday :-) Look how amazing it is! The toilets on the right hand side, my room with suspended single bed. I’ve got even electricity haha :-) And a huge garden for myself. 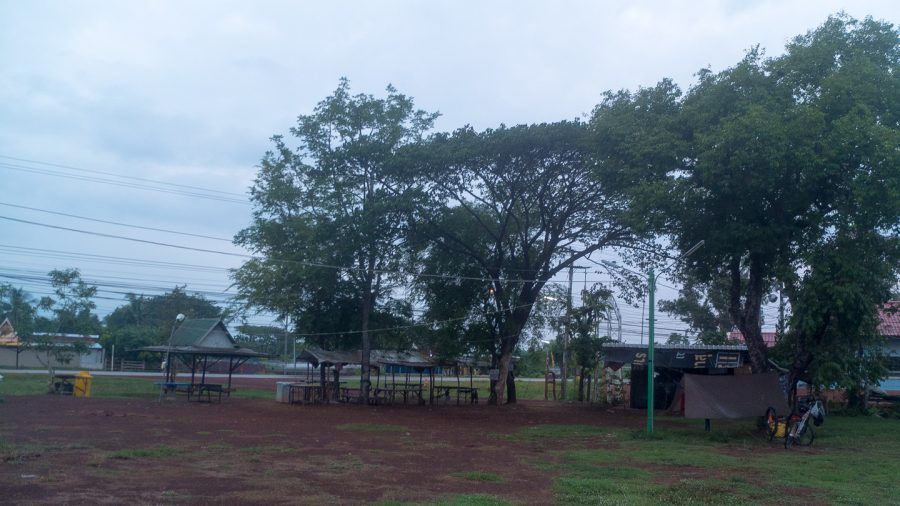 It did rain a bit last night but no storm this time. Their was still some strikes far away though. Let’s pack and go! 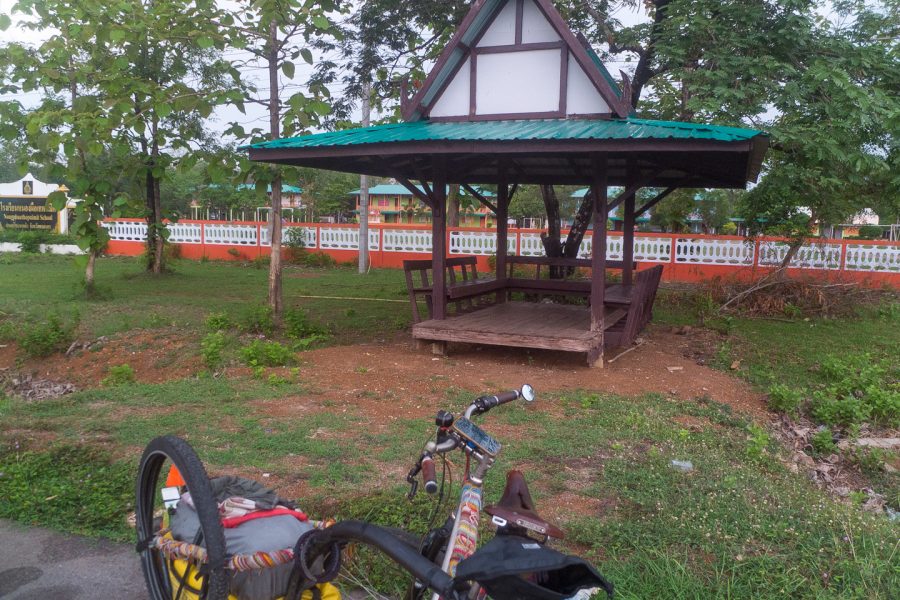 I missed those nice shelters for having short break. And when it’s raining they are easy to find as there is many along the road. I must have a break here then :-) 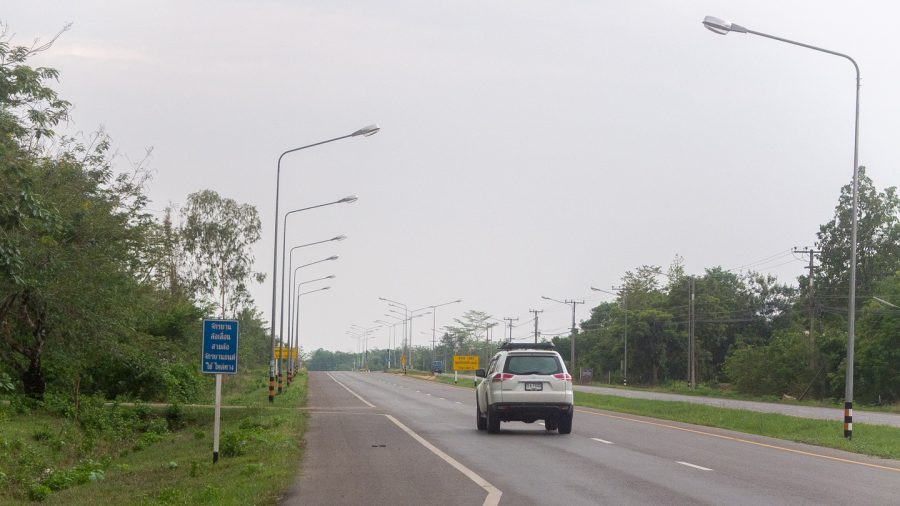 The road looks still like an highway but not very busy fortunately. I’m very late on my website and would like to do some technical work on it as well. So, the plan is to keep going on this kind of road (if the traffic stays quiet like this) and I will stop something like 8 hours per days at the PTT petrol stations where there is most of the time an Amazon Café. Those café are very pleasant because they have nice drinks (a bit expensive though) but the free wifi is super fast and there is electric plugs in most of them. This way, I can keep cycling 30km to 60km per day very easily as the road is mainly flat towards Bangkok and work on my laptop during the hot hours. Sounds good to me :-) 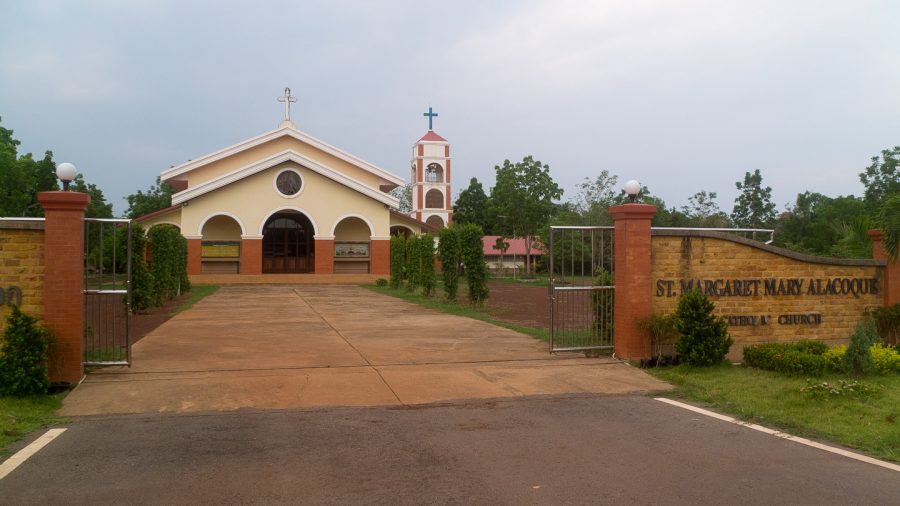 I’ve noticed since this morning that this area has a lot of churches. The style is very different compared to France. 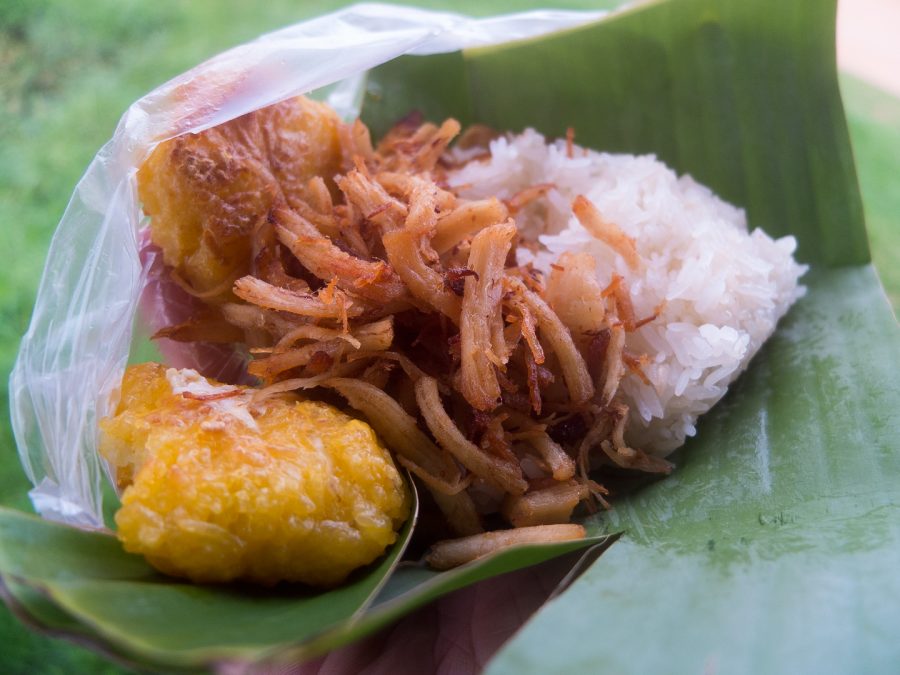 I stopped for lunch at a tiny street shop. The guys there were really nice and I payed only 30 baht. Cool. The yellow things are sticky rice mixed with some coconut and the yellow color I don’t know.

After lunch, I executed my plan for the first time. I mean I stopped at the next PTT petrol station and found this Amazon cafe. Every station is made exactly the same way. You have the fuel station at the center, some restaurants at the back, an Amazon café in the corner and a 7eleven (a supermarket) on the side next to the exit. The toilets are always situated between the last two one. I know it’s not the most useful thing to know but it a bit strange to arrive in any of these petrol station and feel you never left them. It’s a bit scary though.

Just around 5pm when I started riding again the rain came by. I’ve found myself eating dinner before 6pm, waiting for the rain to stop. Fortunately it did and I could keep on going. I have now a road for myself. How nice is that? :-) The hill is coming very soon! 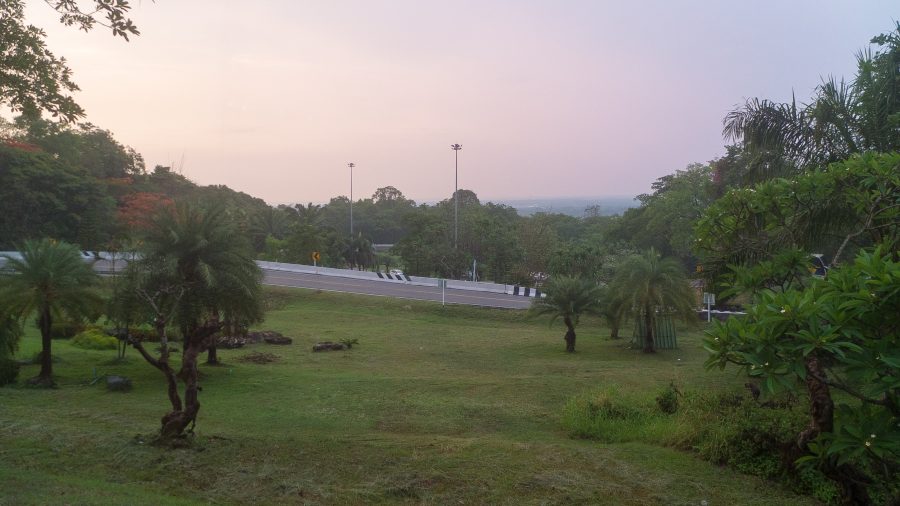 Phew! That’s the one! It’s not very steep and not very long either. That way I will reach the top soon or later.

When I got to the top, I enjoyed a bit of downhill until I arrived in a small village. “Oh a petrol station” :-) “Oh, a shower in the toilets”. Life is a way too easy in Thailand, definitely! Just before that, I had a look around and found a roof for the night. I came back to the petrol station, did my stuff, washed my clothes, etc… Aaah, that’s nice to be fresh just before going to bed.

I finally came back around that football field where I spotted the shelter earlier. There was one car there but lots of space next to it. I could even hide myself behind it. That’s definitely a good one, not 5 stars but we are quite close to it :-) I’m going to have a good night if the storm I can here now is not coming this way… Good night!