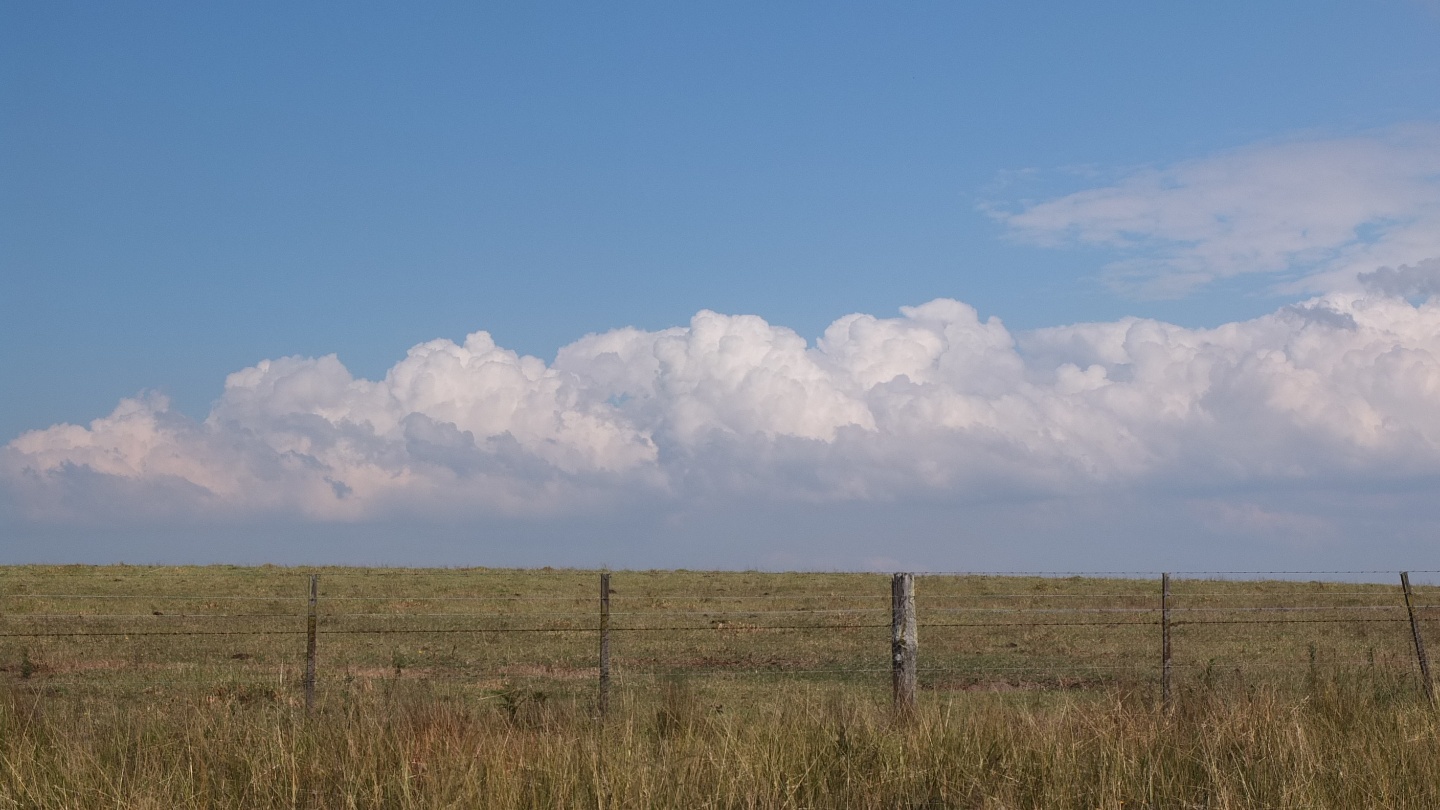 I’ve discovered that from Stratford to Melbourne (thanks Google maps) there is cycle paths all the way. It seems that’s a rail trail and it certainly had a useful utility few decades ago. Now the council or somebody else transformed it as a cycle path. It’s mainly flat with gradual slopes and it goes through lands and across roads. I’m not sure yet if I will do all but at least half of it I think. Let’s start from the beginning :-)

The last night in Bairnsdale was really peaceful. I’ve slept 7 hours straight. No dog, no noise, no cars, pure silence. I left McDonald’s around 9:30pm after having updated all my blog! Internet was very slow but I made it! Then I went to Woolworth (the supermarket) to buy some stuff for tomorrow’s breakfast. And then I searched for a spot but it was a bit tricky as I could not see very well. Anyway, as usual I found a piece of grass where to pitch my tent. ANd it was a huge piece of grass because the land was on sale. 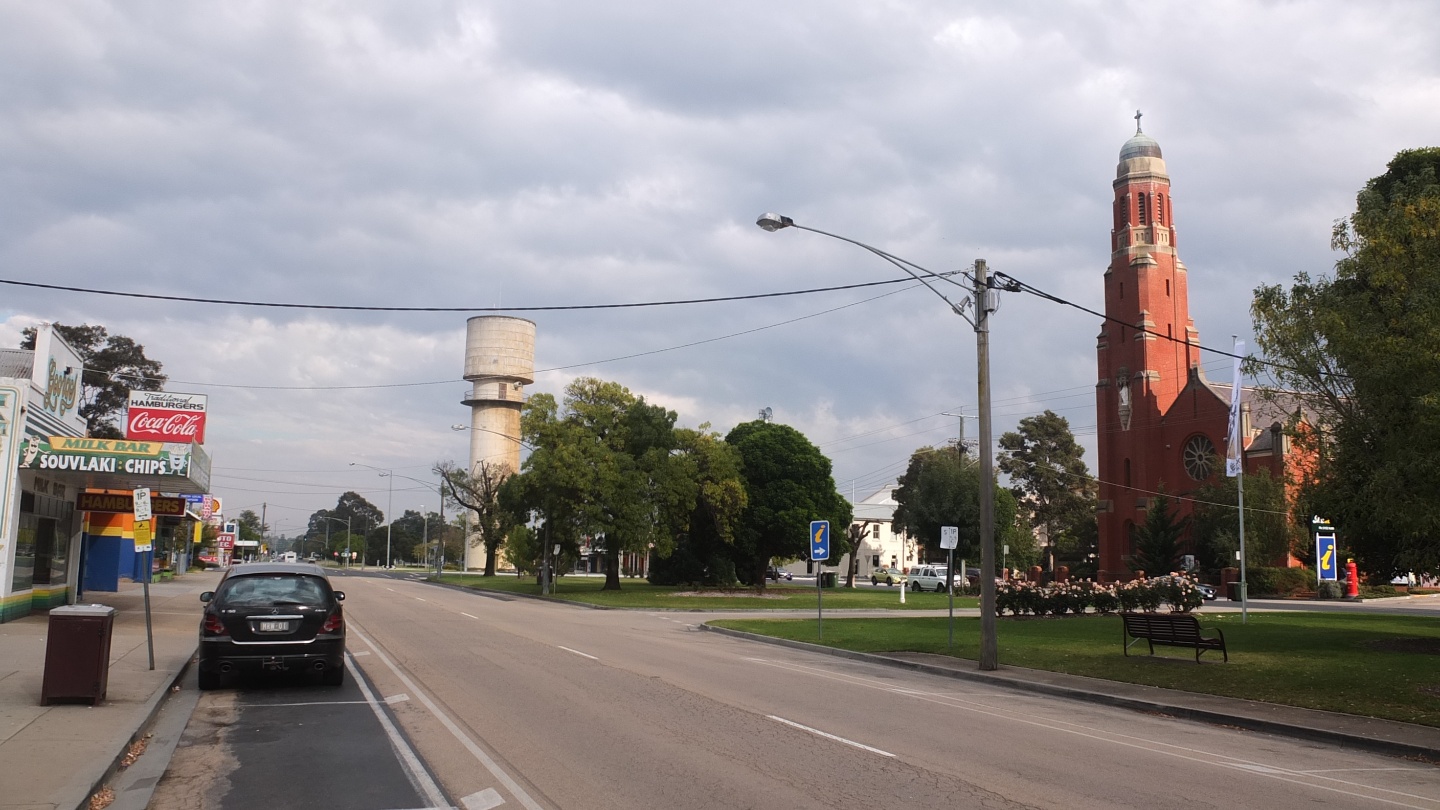 Everything is good then. I’m full, motivated and even clean! I’m now leaving Bairnsdale. it’s 9am. 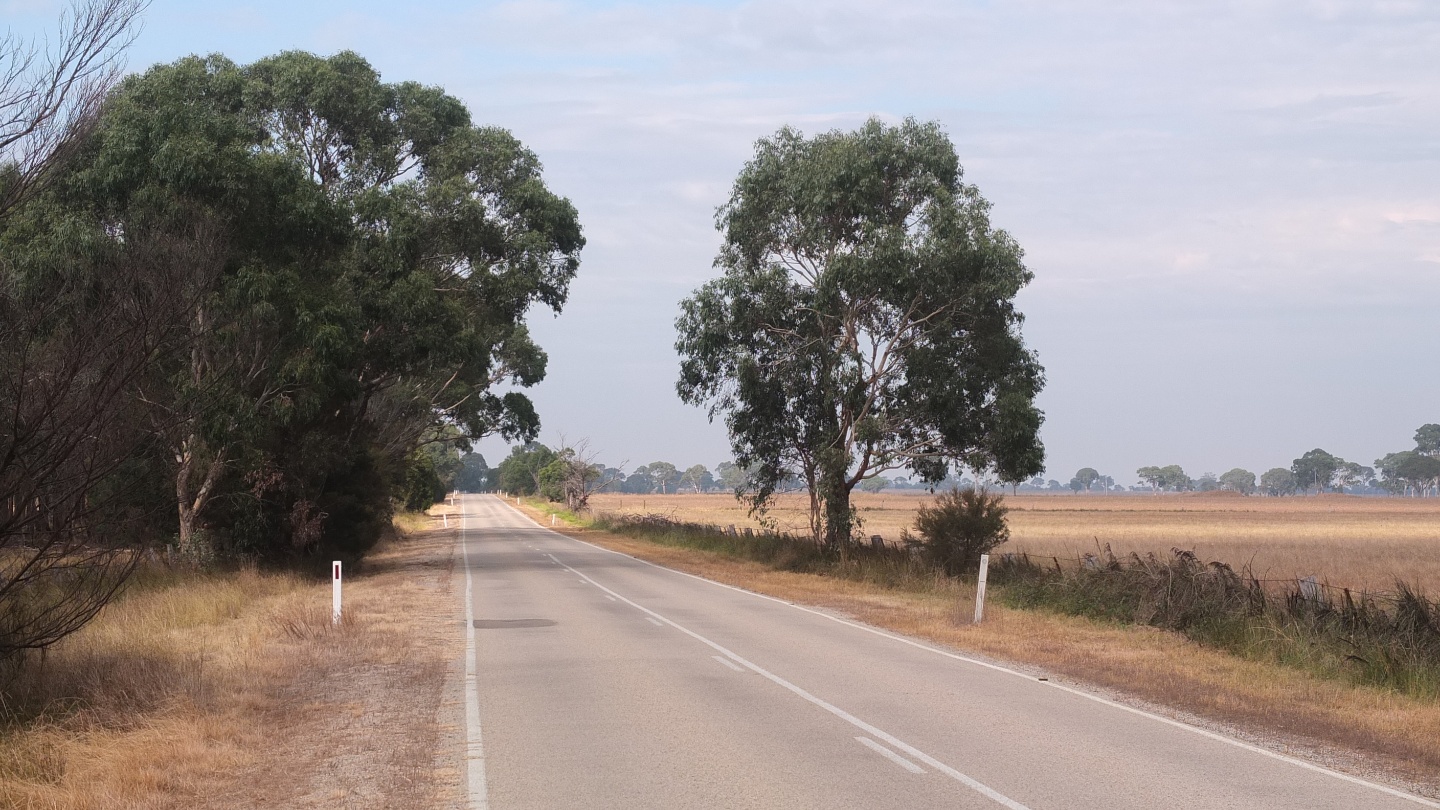 From Bairnsdale to Stratford there is a long, straigh boring road. This is the highway and certainly the fastest way to go to Stratford, where I want to go. Unfortunately, I’ve got a light head wind but fortunately a road cyclist slowed down and told me to take the next turn on the left. The road is longer, much more quiet but I still get that bloody wind front of me! why! 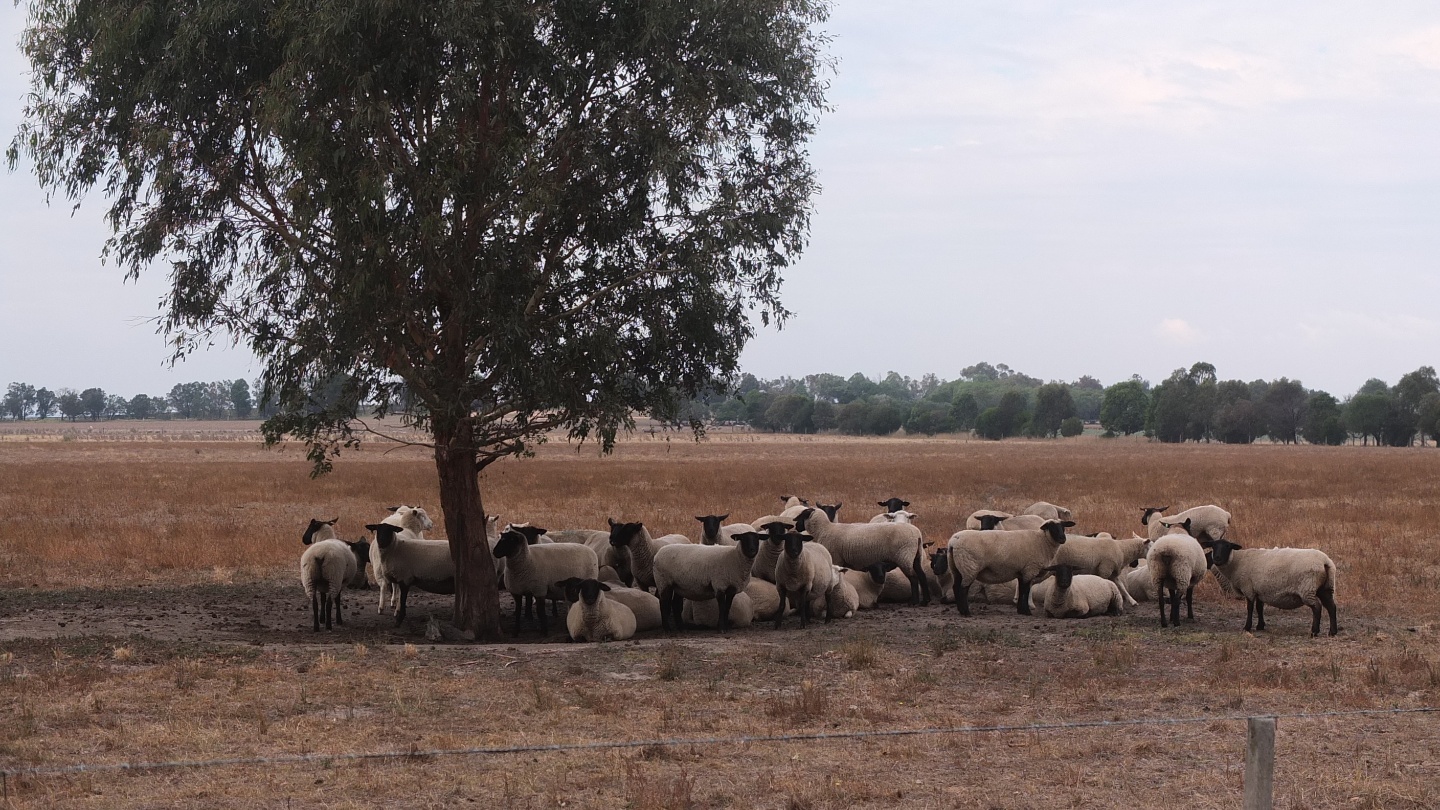 One tree, 30 sheep under it. Apparently there feel too hot. Shave them, I could make another wool t-shirt :-) 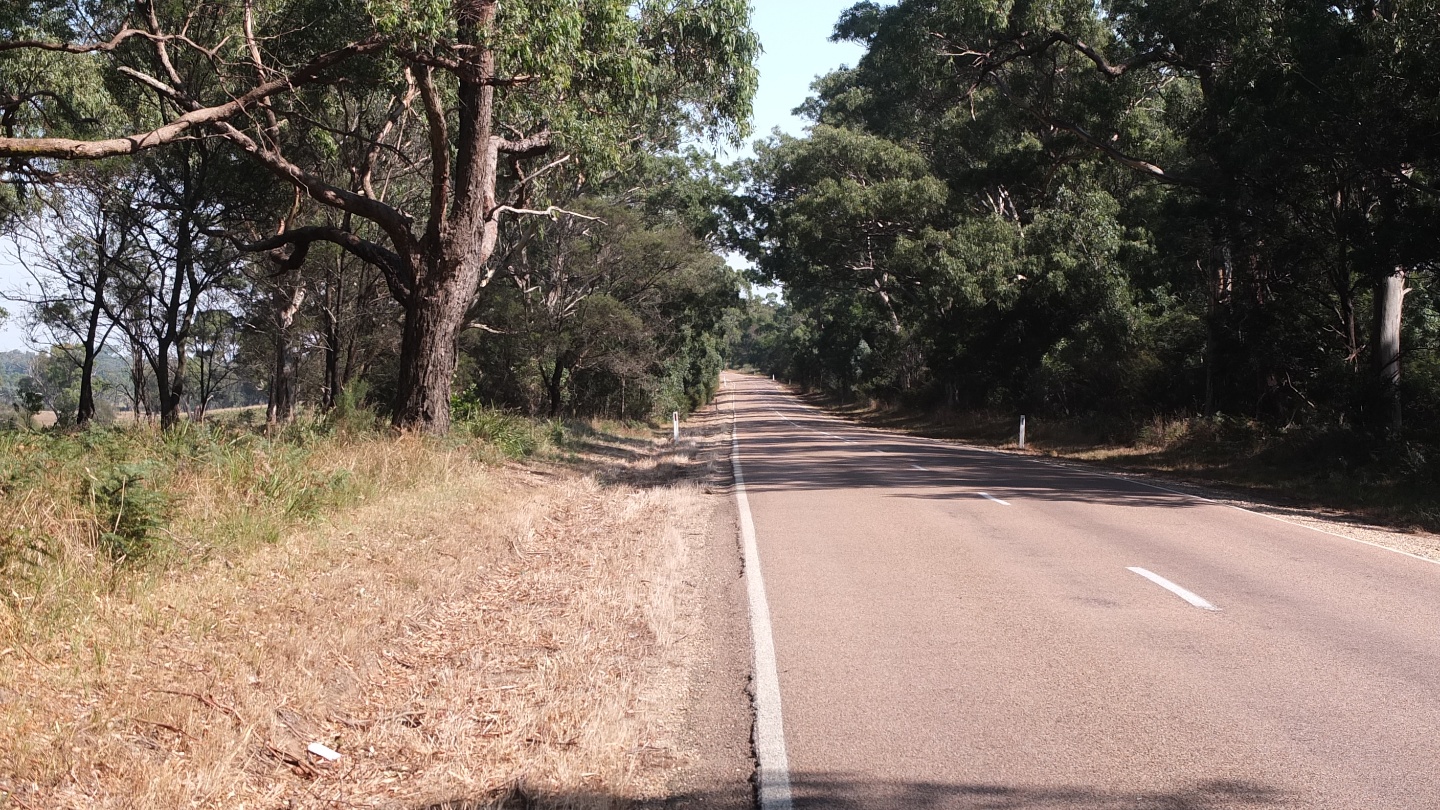 Houuu, should I be worried about those clouds or what? 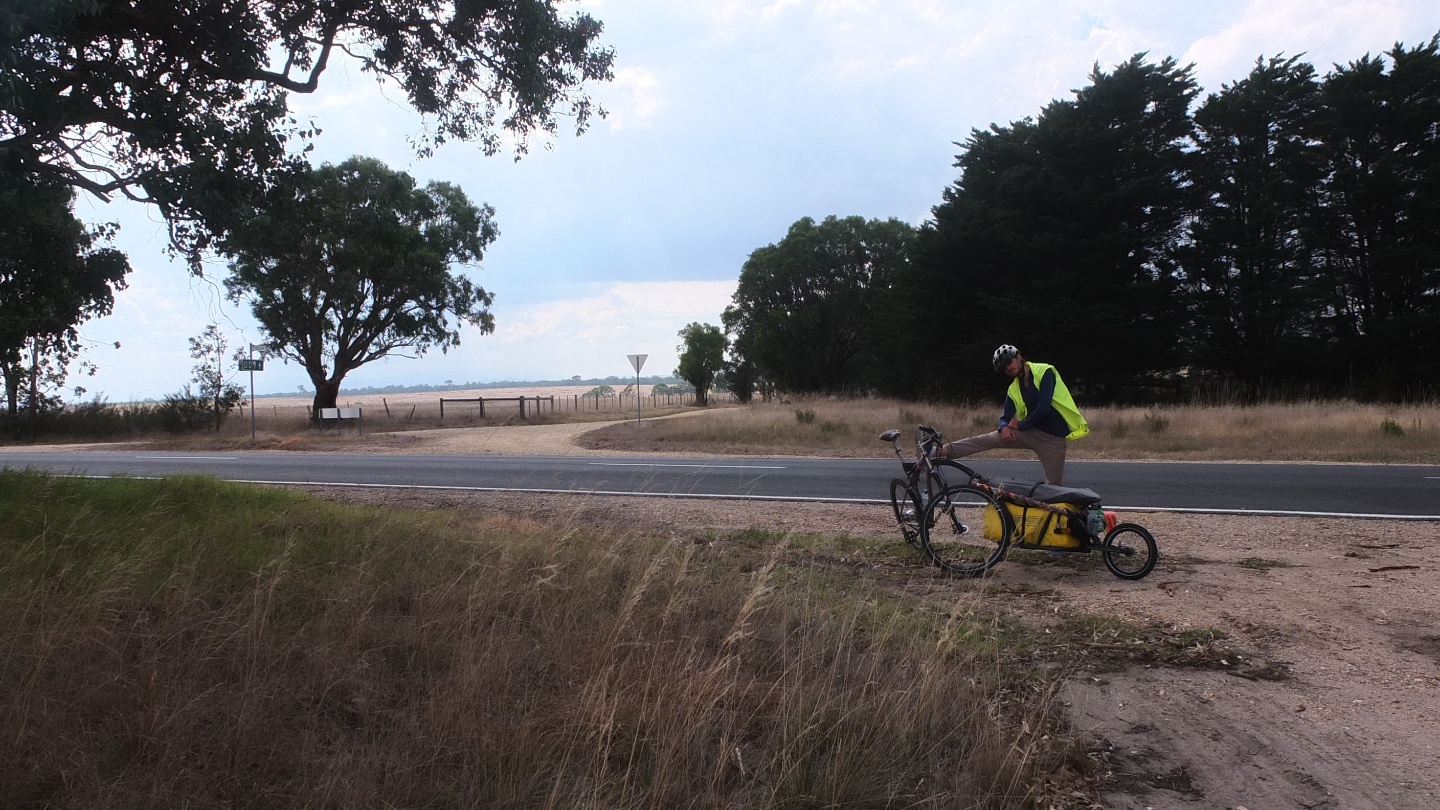 I’ve done around 50km and I’m not far to reach Stratford. It always feels good to do some stretching until the next 10km :-) 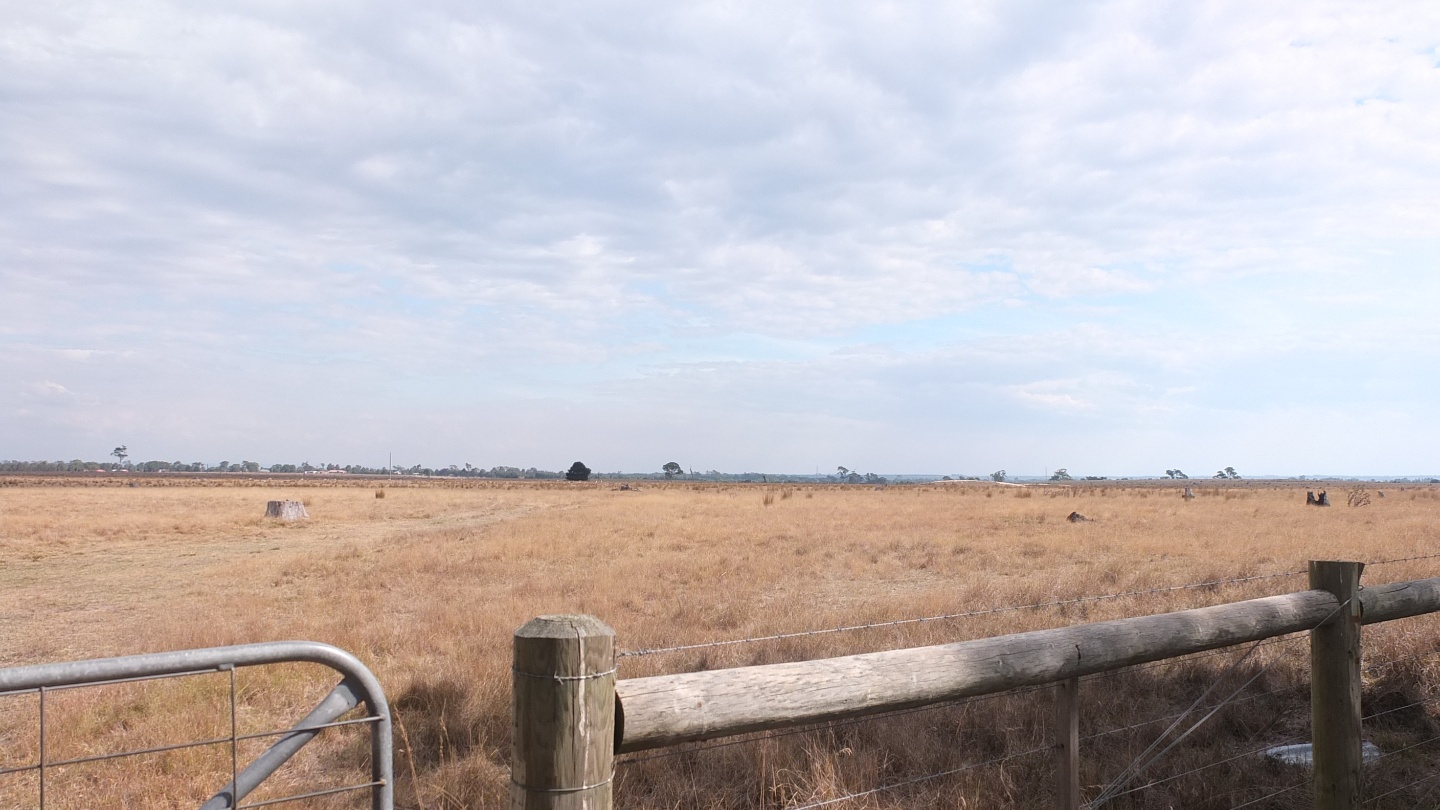 Not a lot to see during my stretching time. Oh, I guess this is a lot compare to where I’m heading. Between Adelaide and Darwin it’s desert… I’m looking forward to see that. 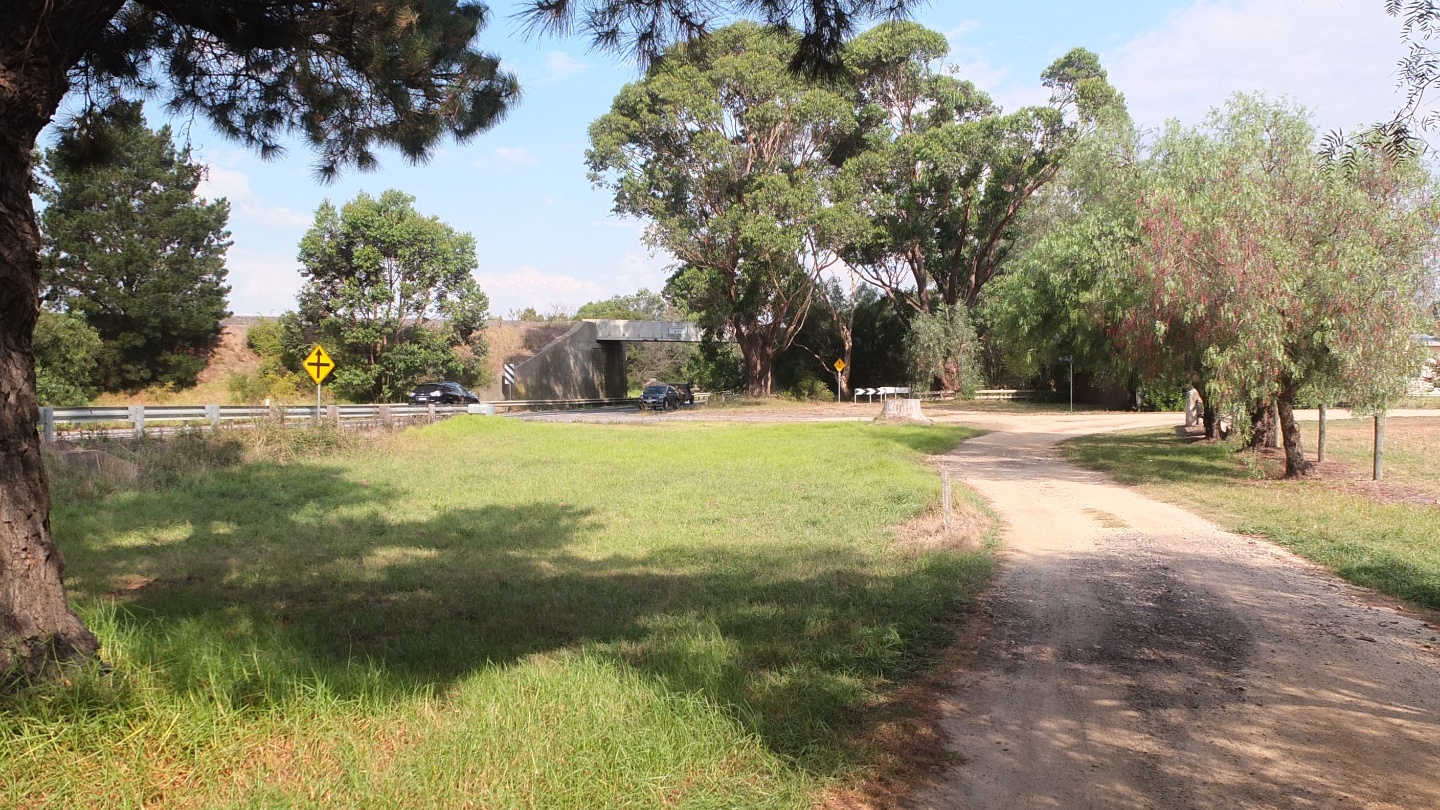 Finally in Stratford, the Rail trail starts. I will stop in the next town (Maffra) to buy some food for lunch and have a long break. 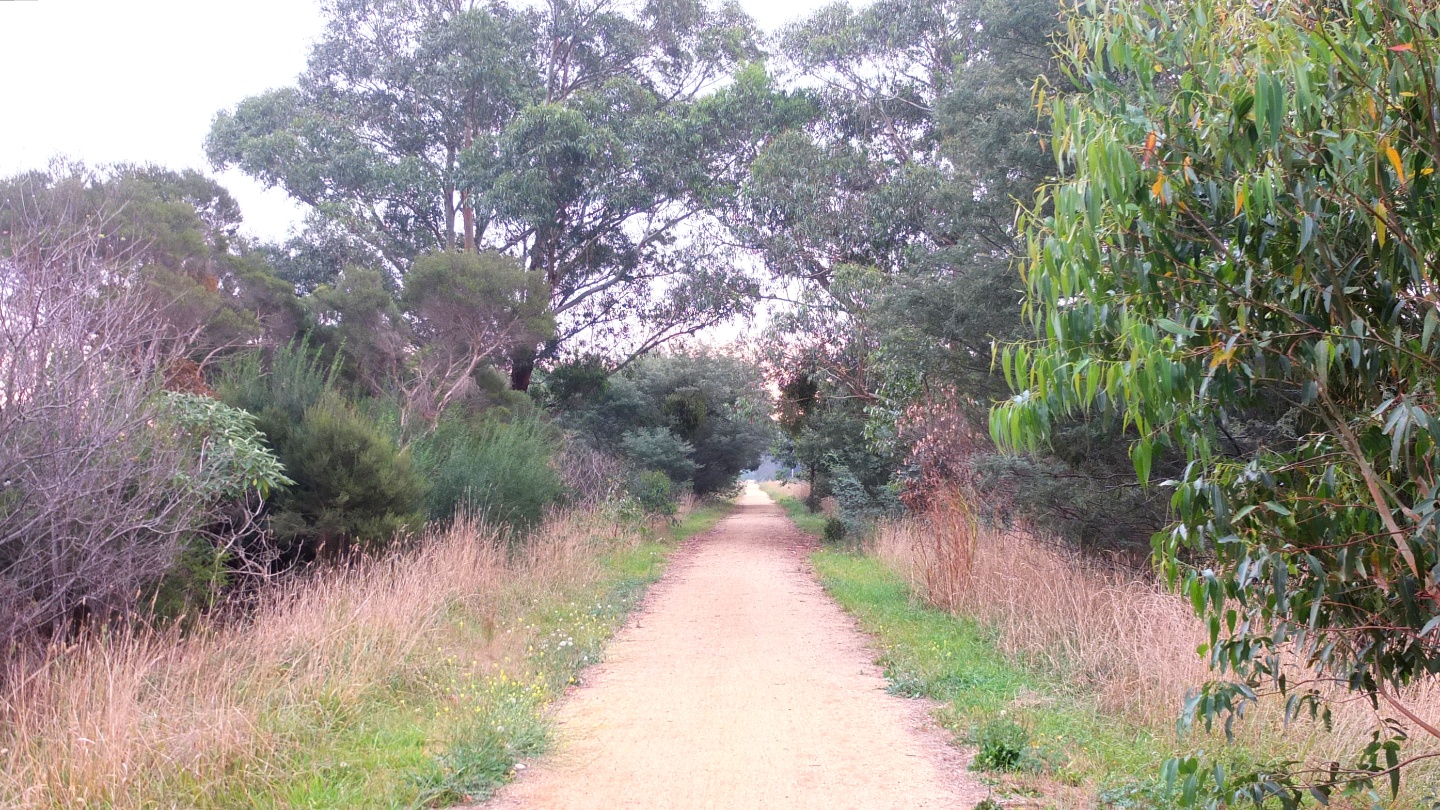 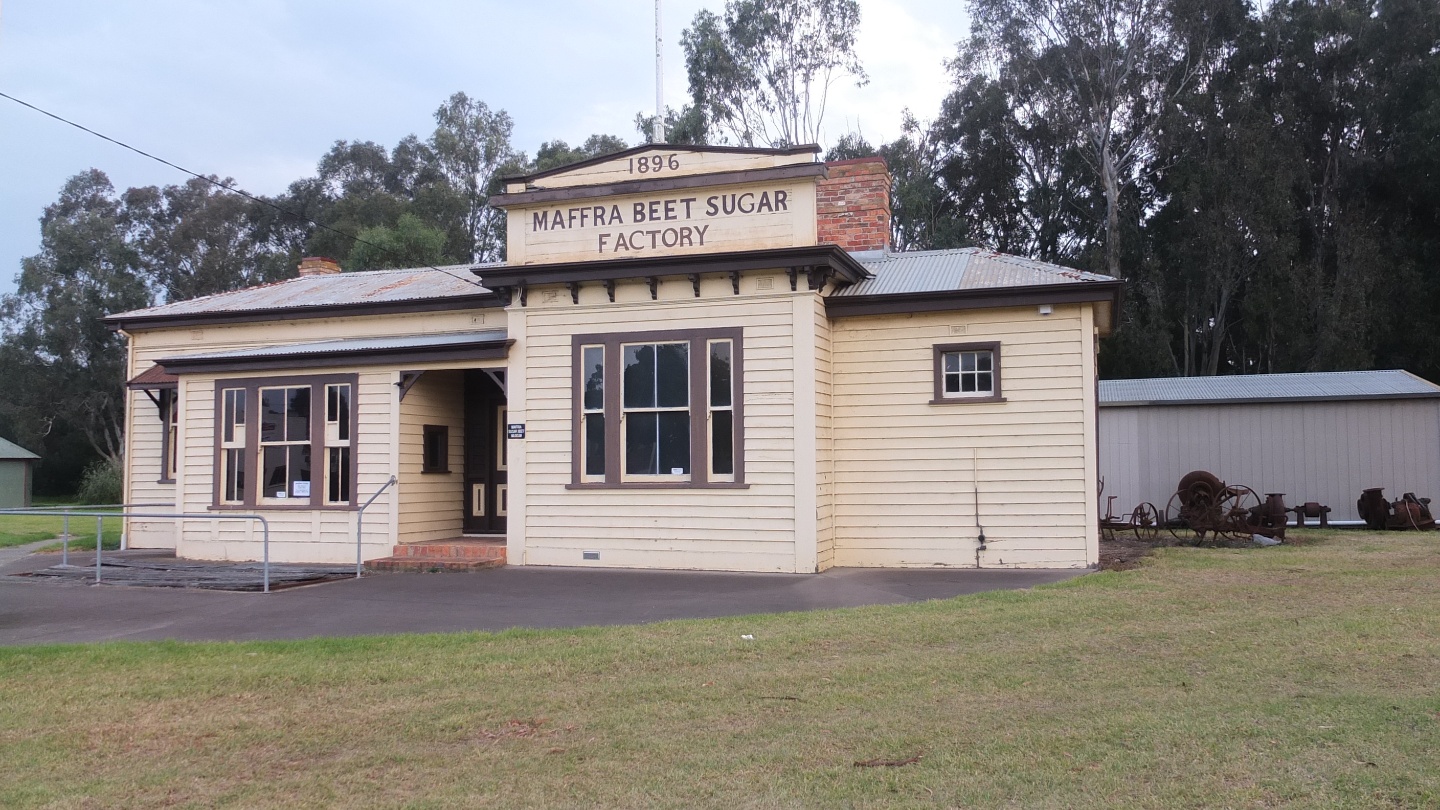 Few kilometres later I’ve arrived in Maffra. Apparently, Maffra used to produce sugar in big quantity when I see that they have a museum for it.

The lunch was very good. Now it’s not that hot and very nice to ride. There is just those dark, large clouds which are coming in my direction… Maybe my first rainy day is coming. 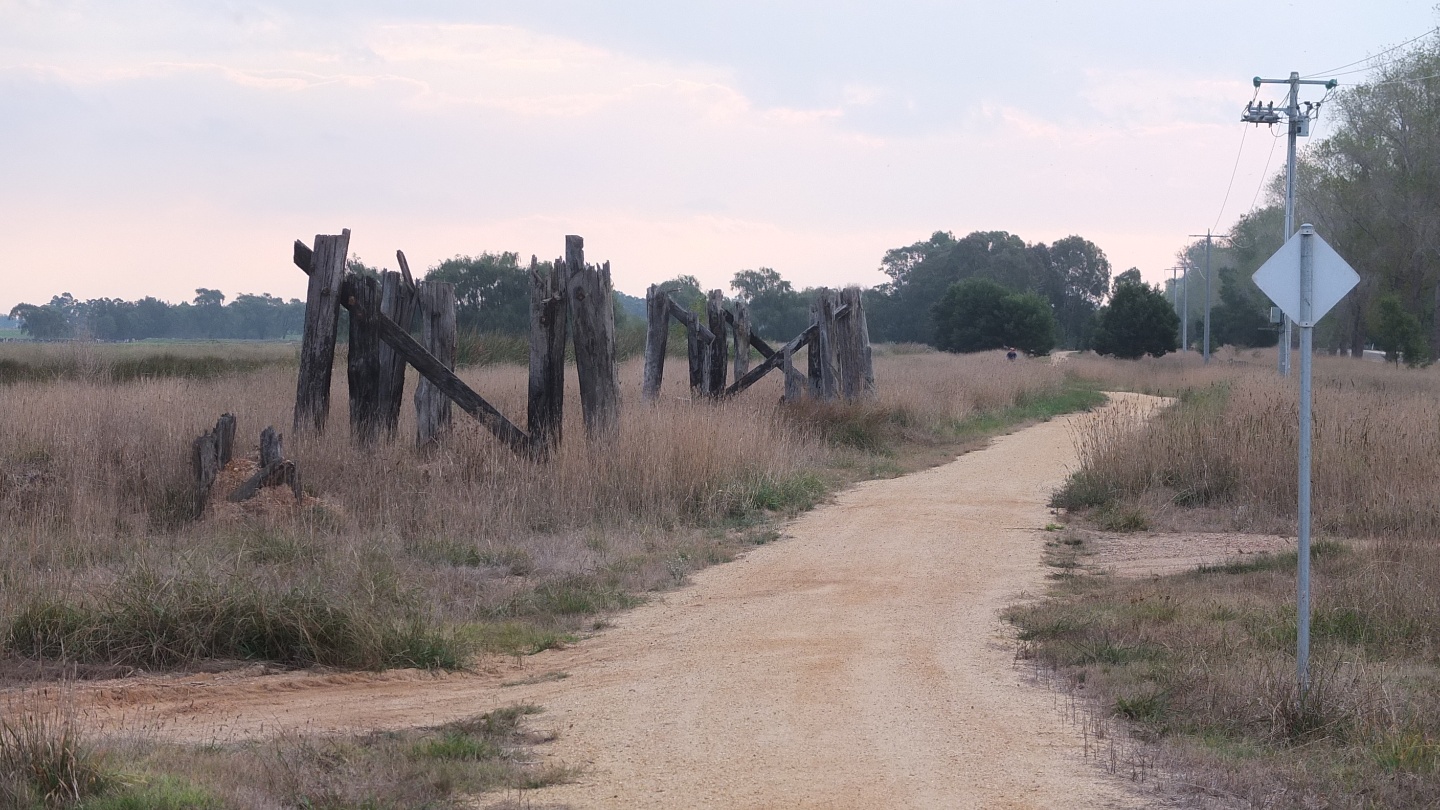 Some old pieces of a bridge or something? 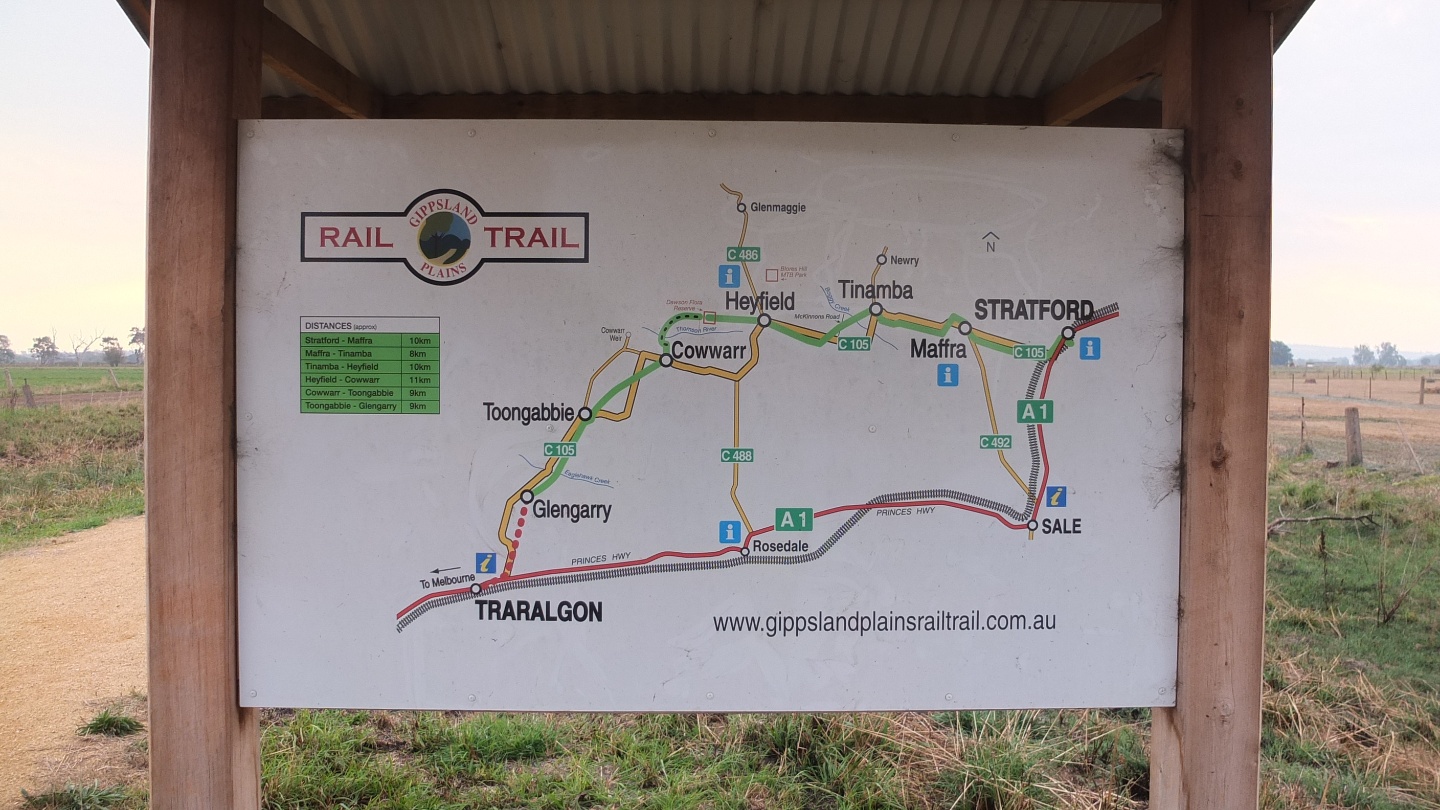 ok, I’ve just passed Tinamba. the next checkpoint is Heyfield. If I can, I’d like to push until Toongabbie but it’s 30km more and I’ve done 72km now. This would be possible… if that bloody wind would not be in my face again! I’m not lucky… 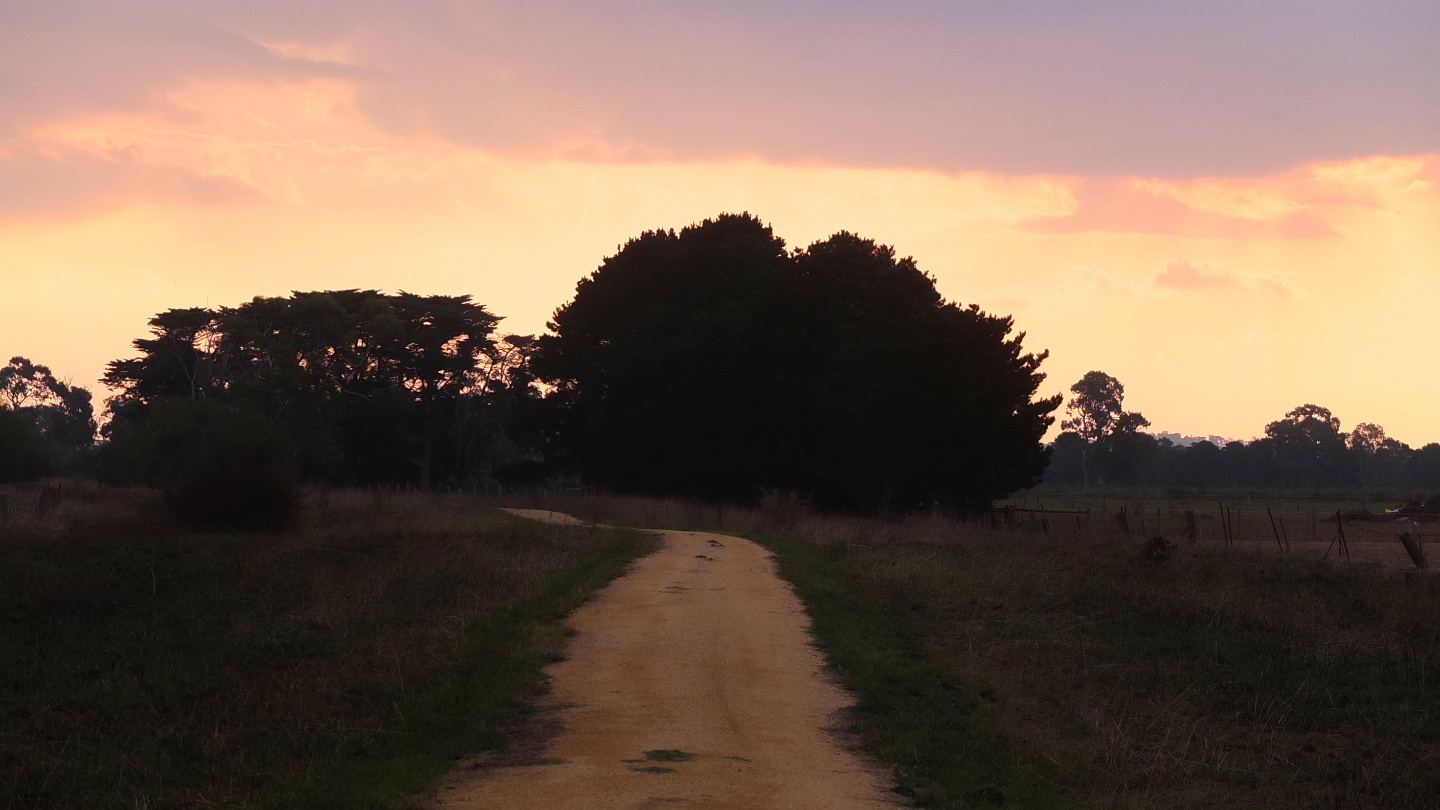 Very nice time to cycle. It’s not cold, the landscape is open, we can appreciate the sky and the rain clouds coming.. 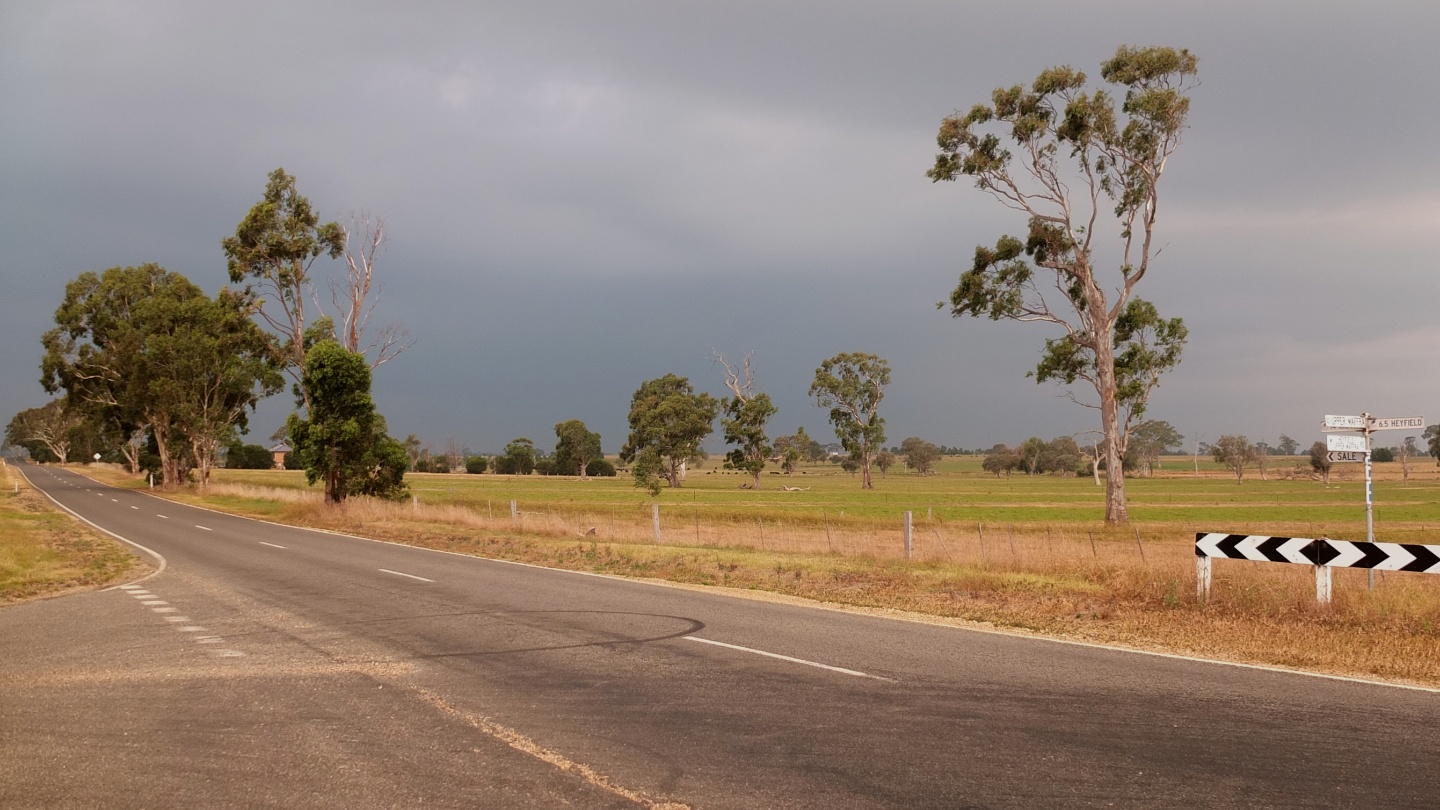 Yes, those rain clouds. I’ve left the rail trail and joined the road again. I expect to be faster and join Heyfield before it’s start raining. Hurry up! 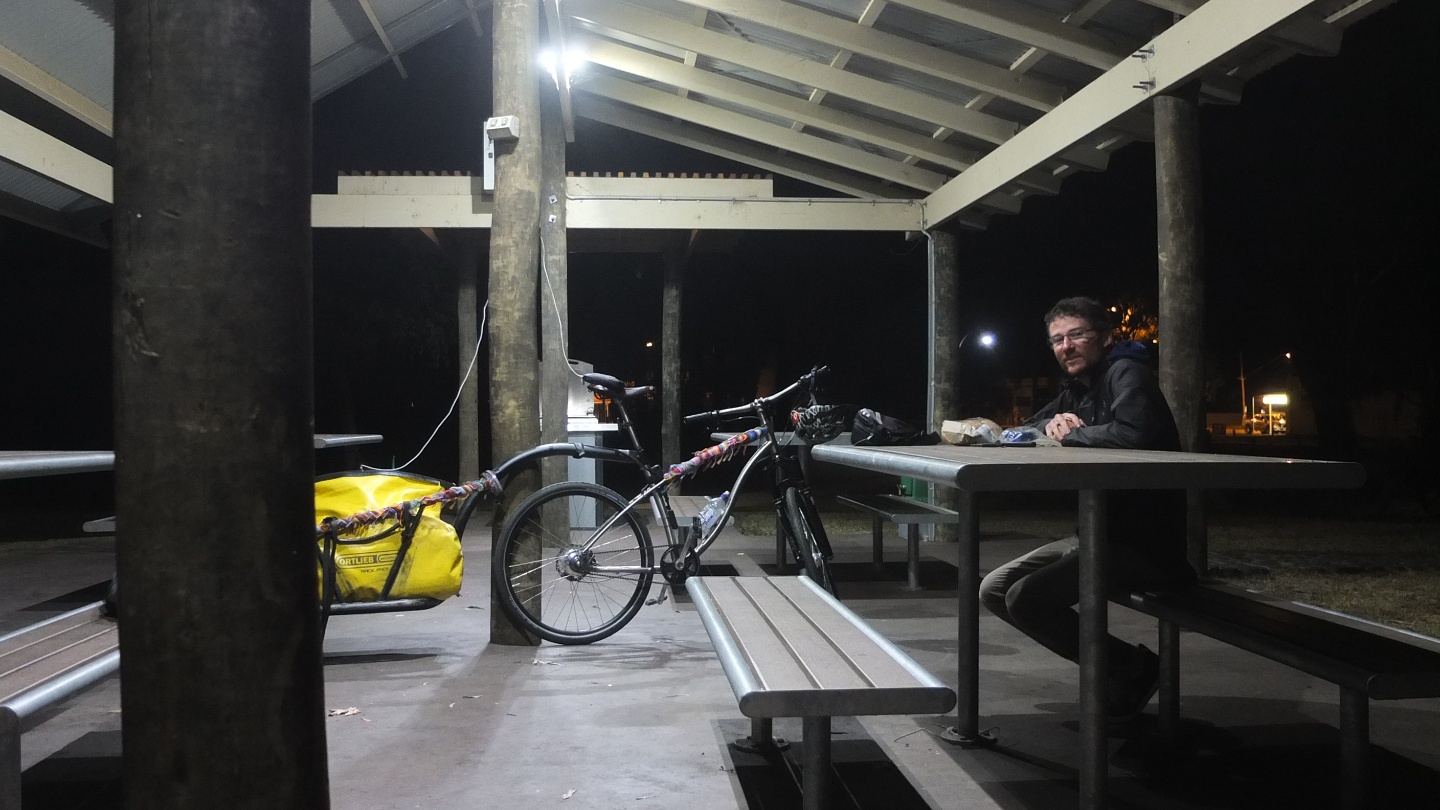 This is Heyfield and I’m not wet yet! Maybe the clouds were going in another direction finally. I found this nice shelter in a park and even power to charge all my stuff, especially my laptop which was empty. I will be able to work on my blog tonight though :-) Sorry family, Skype did not work very well tonight. I will getting better during the next few days as I’m getting closer to Melbourne, the first step! See ya!