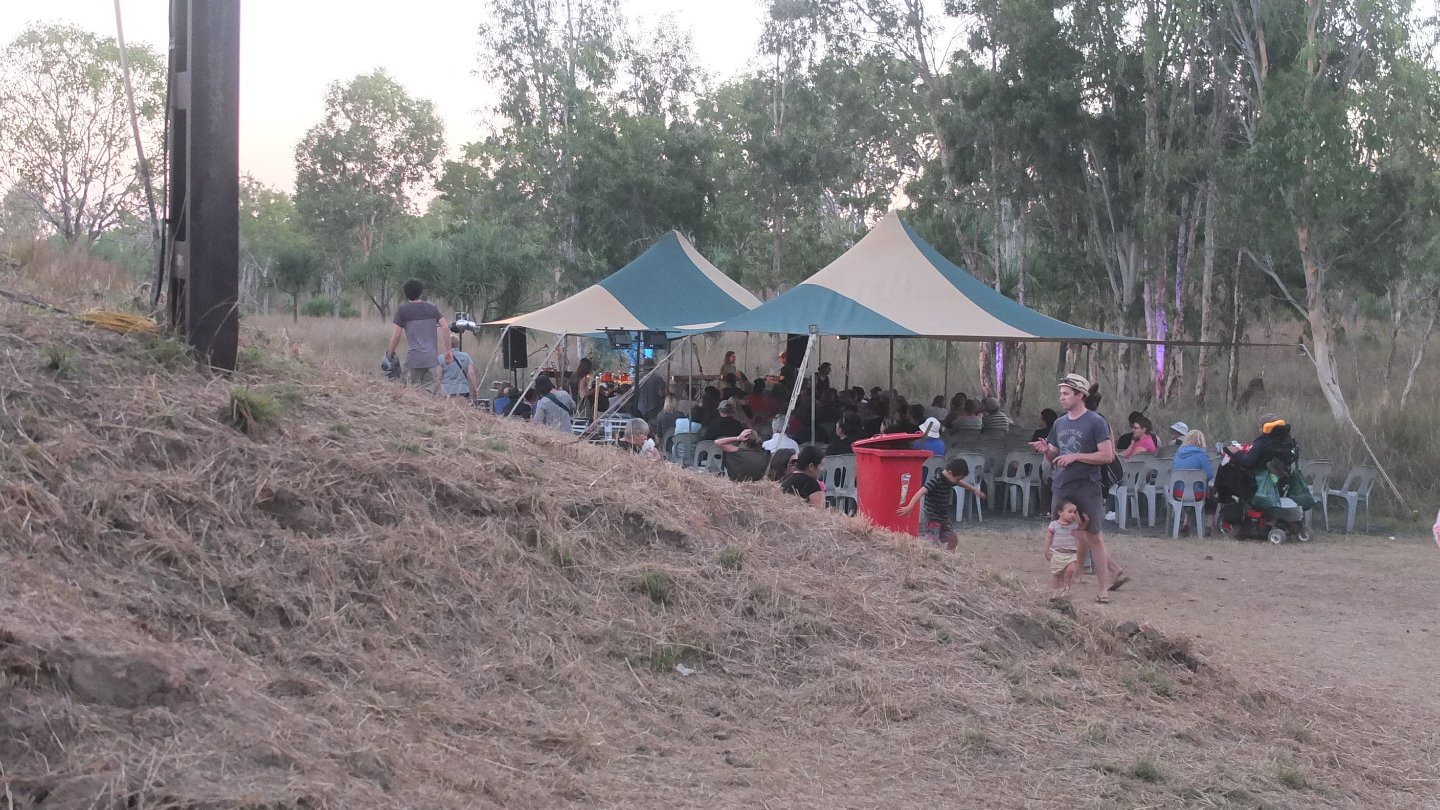 Talking this morning with a guy who would like to do some cycling in Australia, I realized that I missed the acoustic concert yesterday night. This spot is down the river side so I did not see it. The same artists will play on the big stage tonight but it’s not the same. Because tomorrow morning I will leave early I won’t stay too late tonight.

Later this afternoon, a big crowd was front of the big stage listening to the Barunga festival manager’s story. I listened to his story a bit until I realized he was reading a paper. Hu? Don’t you remember your own story? I could not hear any passion in his speech. He was just shouting sometimes some key works like “life”, ” for our future”, “to help”. Well, he sounds like a politician to me. At least if he was talking with his heart I would receive some message but from a bloody piece of paper. And he is the manager since 30 years!

Then the aborigines teenagers did some dance which was ” boom boom boom”. Everyone was wearing some fluo clothes and they were jumping around. Nothing interesting again…

Finally an old guy came back on the microphone, maybe the organizer again, I’m not sure. He said that the kids were going to sing a song that their grand grand parent would transmit generations after generation. There were 4 kids and the guys and they did not even sang tuned… I don’t ming that but I’m really worried about their community. When I compare the guy’s speech “we do this for the community, for you, for the future, bla bla bla” and the only 4 kids who don’t know an emblematic song (it seems that they don’t care maybe) the aboriginal culture is disappearing. They just keep the commercial side that’s all. Sad… I might be pessimistic, but watching that event from a general point of view doesn’t shake me a lot. 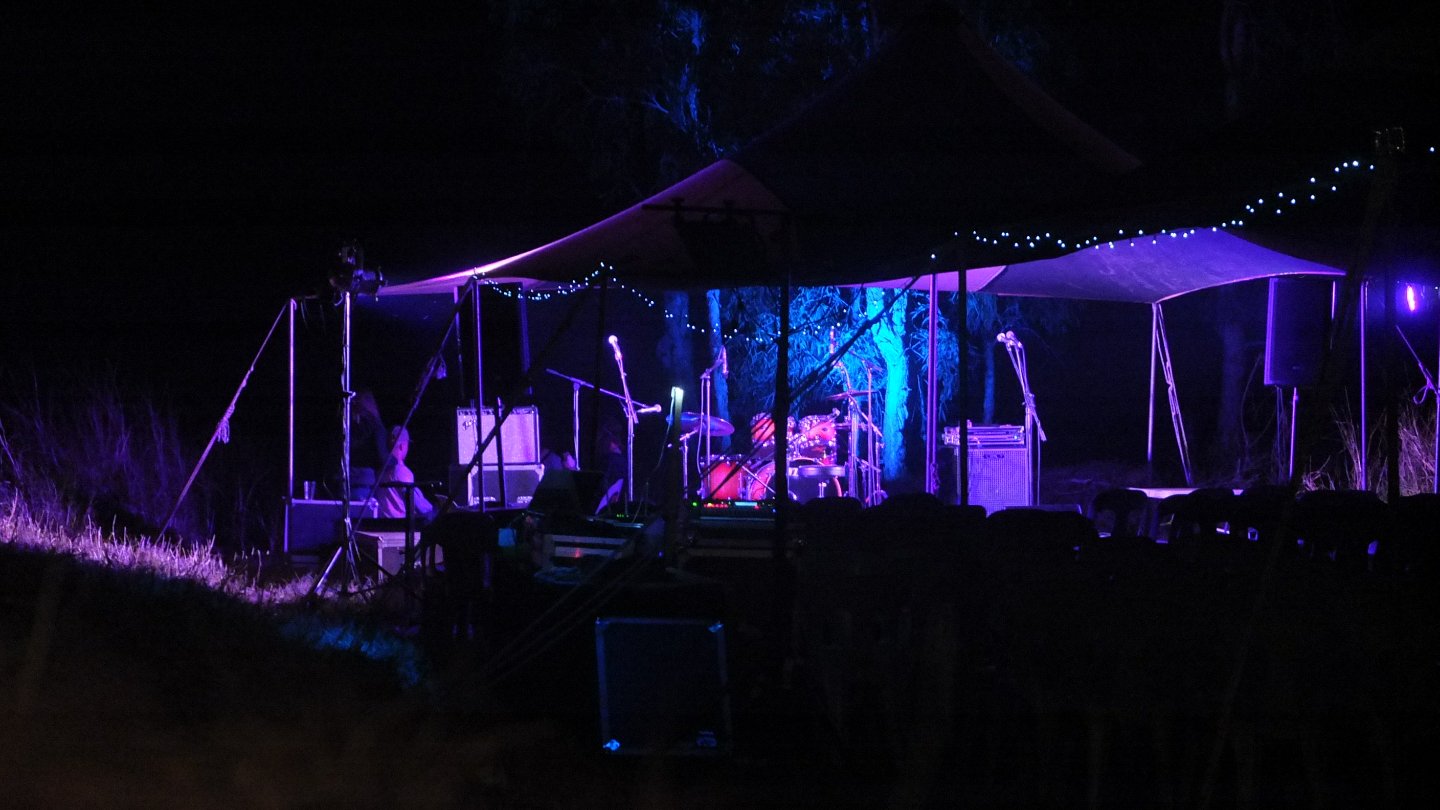 The main stage is now live. I wish the one next to the river would start soon but it’s not the case. They will at 9pm when I will be asleep already :-) Bad luck! 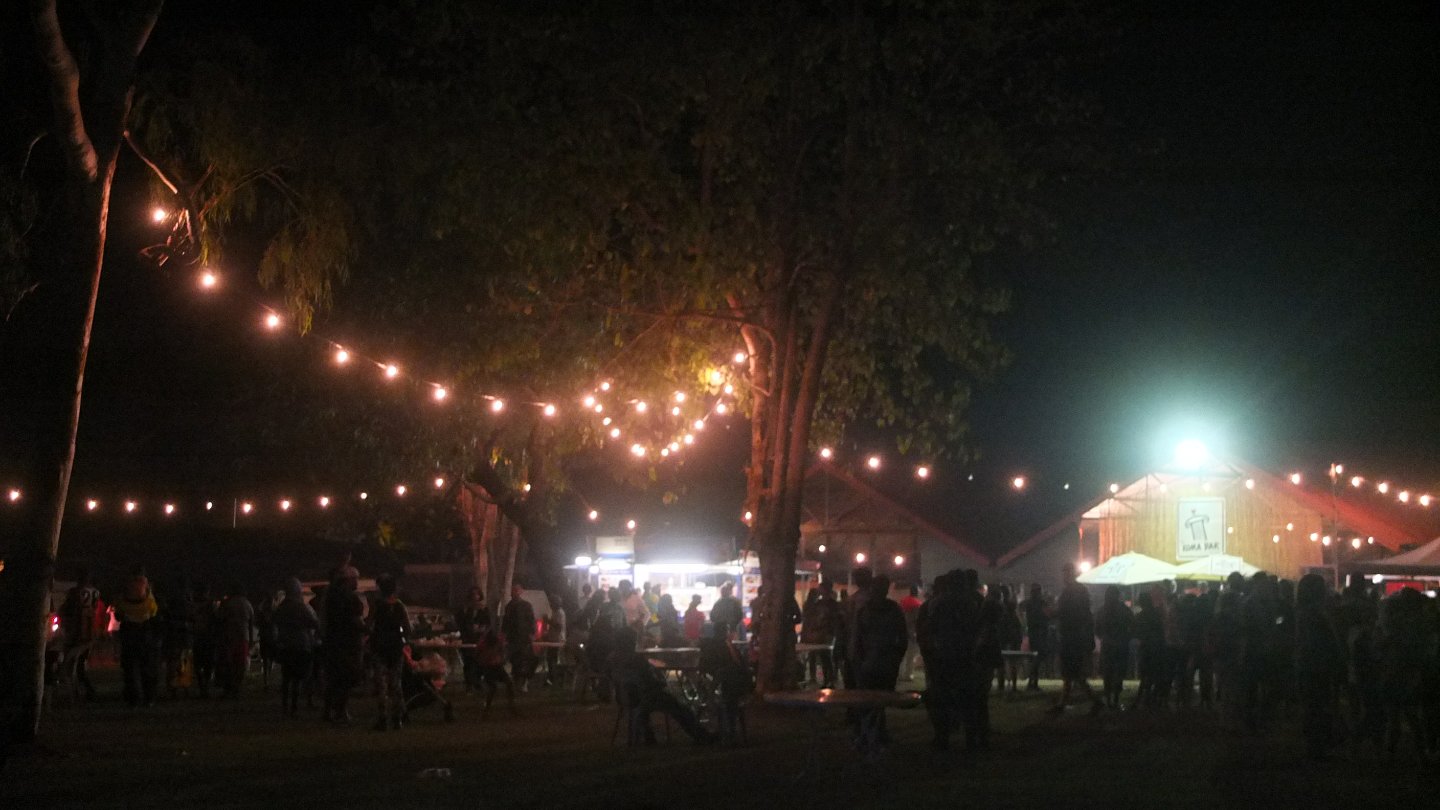 This is the food area at night. There is Greek, Asian, Burger and smoothy food. 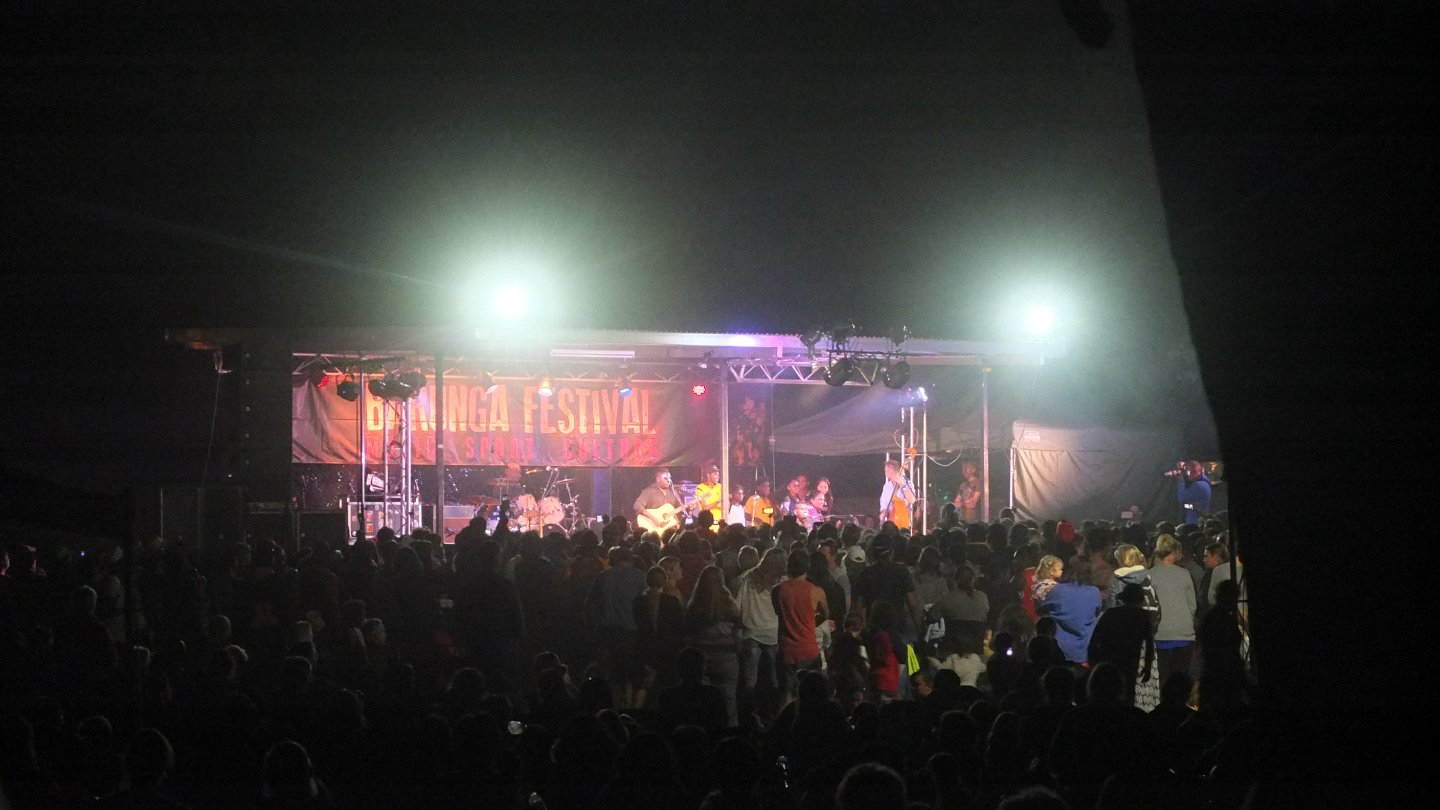 The main stage. I’m now coming back to my tent because I will wake at six tomorrow morning. See ya!