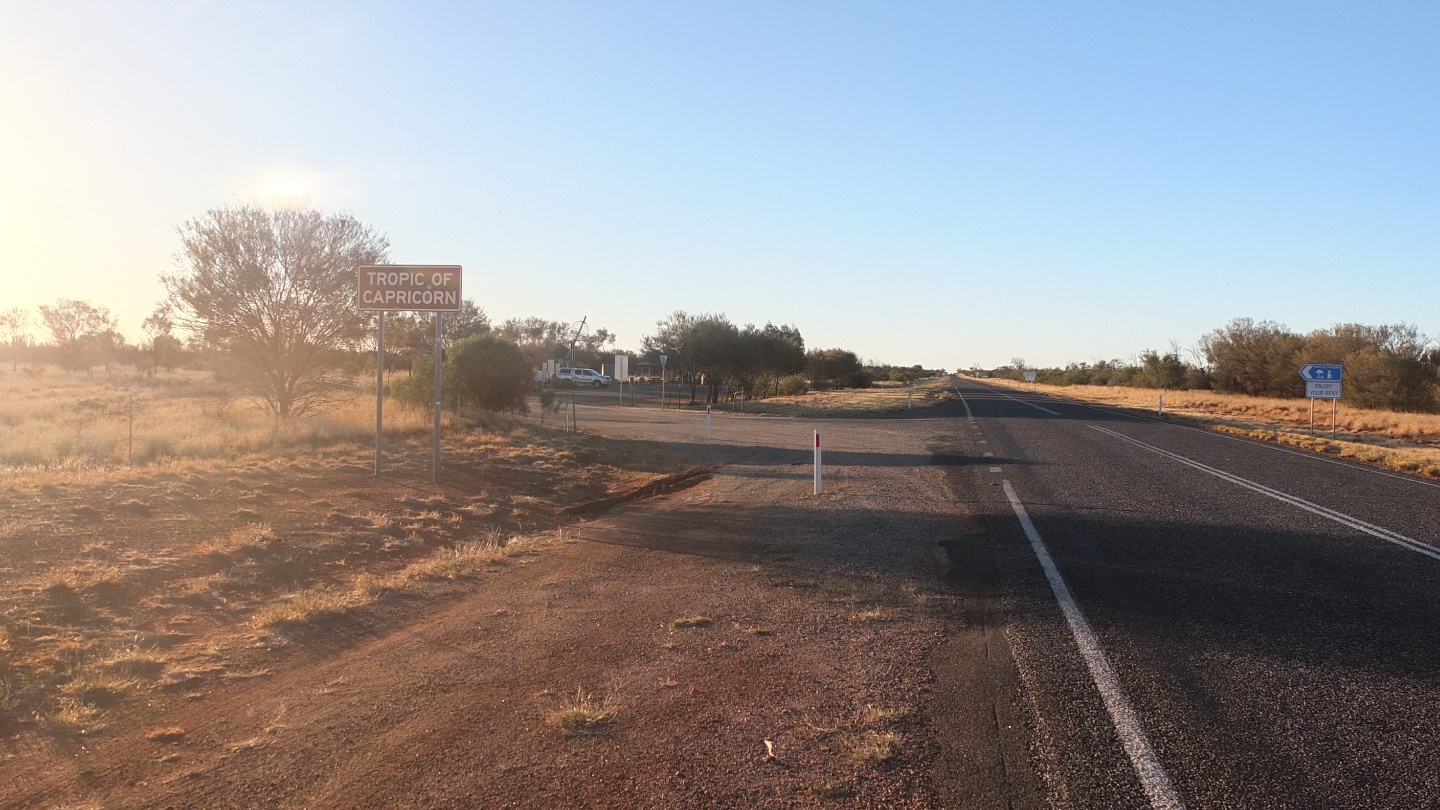 Everyone followed his own path yesterday and I’ve spent the night on my own. This morning I’ve been to the library to upload as much picture as I could but it did not work very well. Anyway, I thought about leaving today or tomorrow but I could not wait anymore. So I’ve done a short trip from 4pm to 5:30pm, just enough to reach the first rest area out of Alice. I’m back on track! 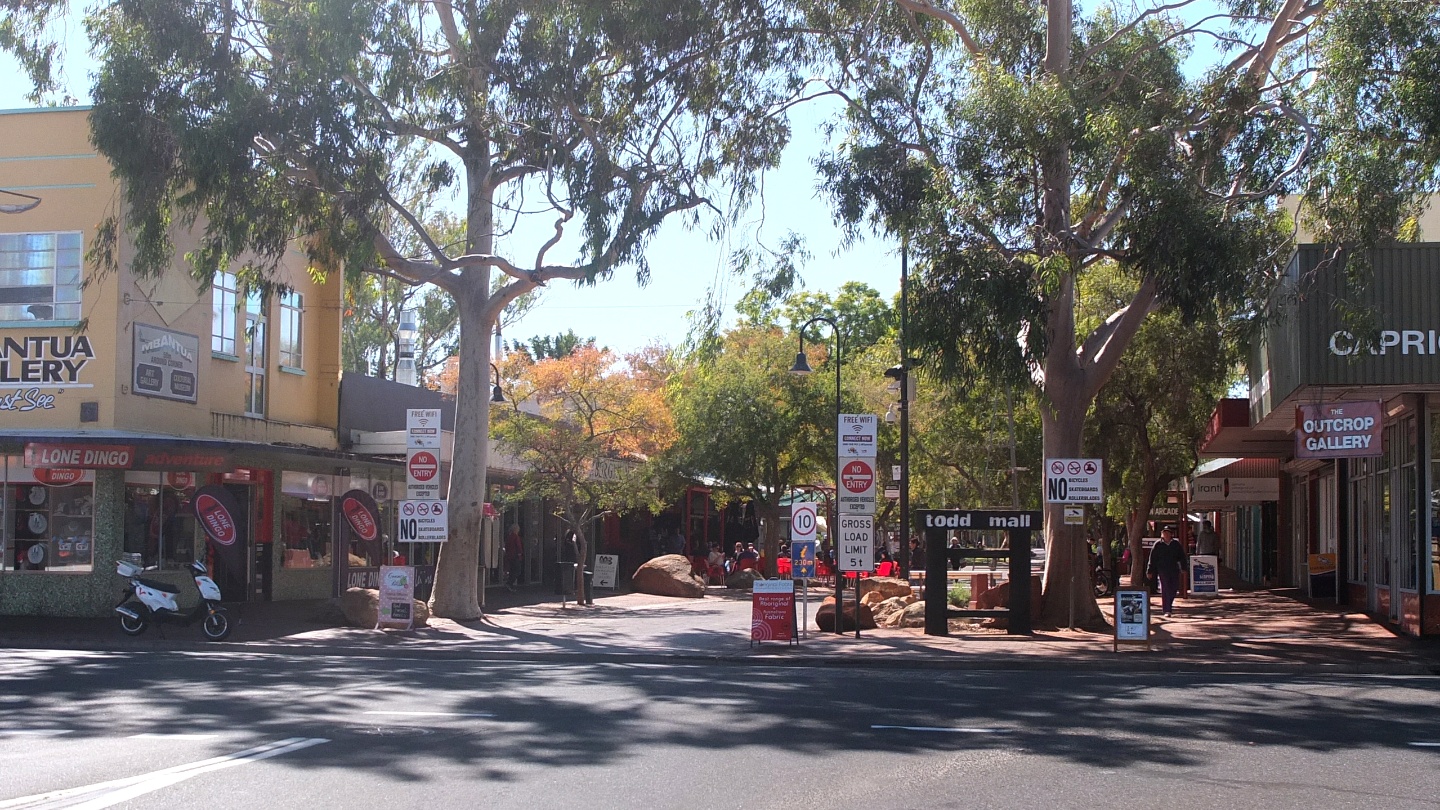 I realized I haven’t take much pictures of Alice Springs the last few days. I was occupied and hang around with the other adventurers. That street is the main one I guess and only people are allowed there. There is lots of cafes, Art Galleries, different shops and ‘my’ bank :-) I’ve spent most of the time there to get wifi as well because it’s much faster that the one in the library haha :-) 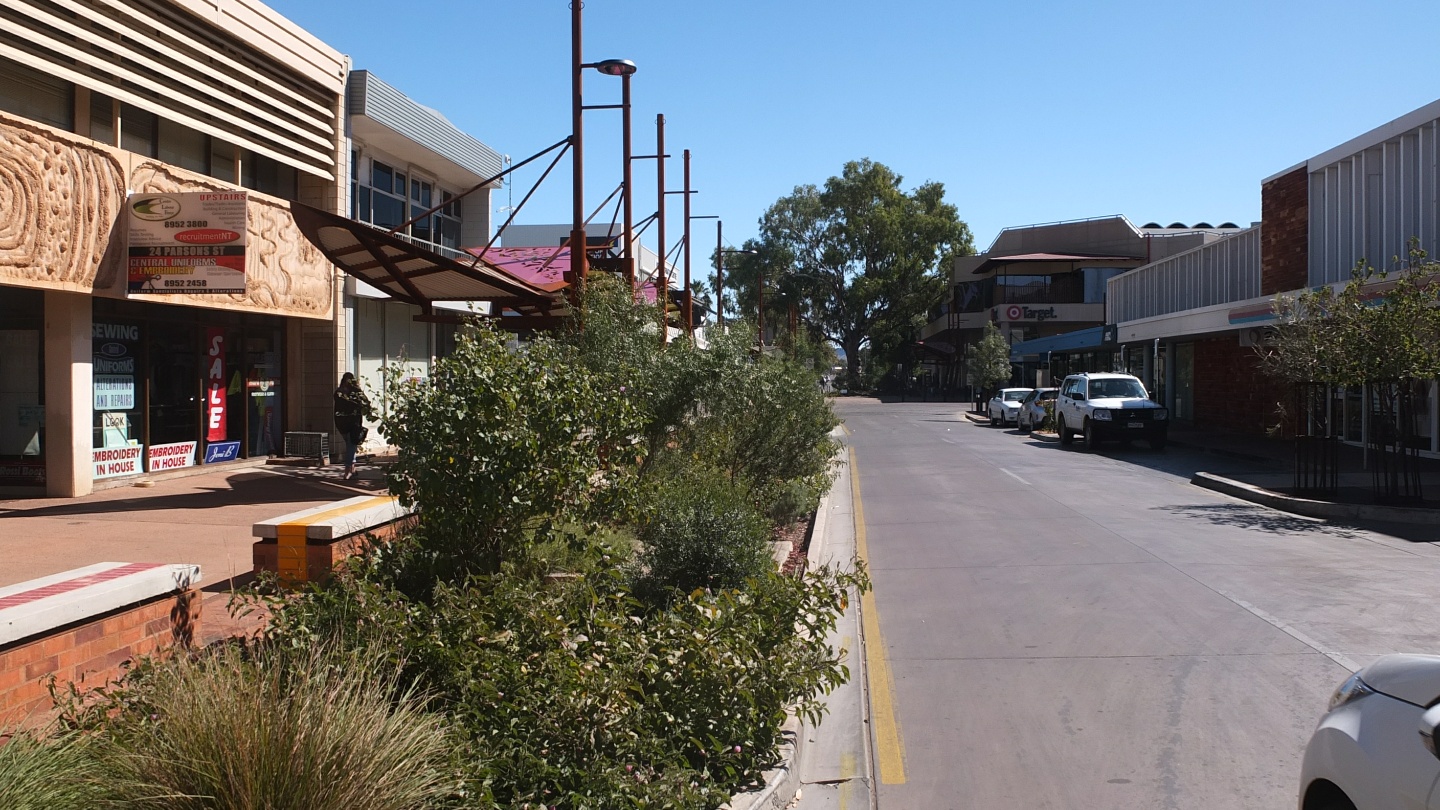 A random street near the city centre. 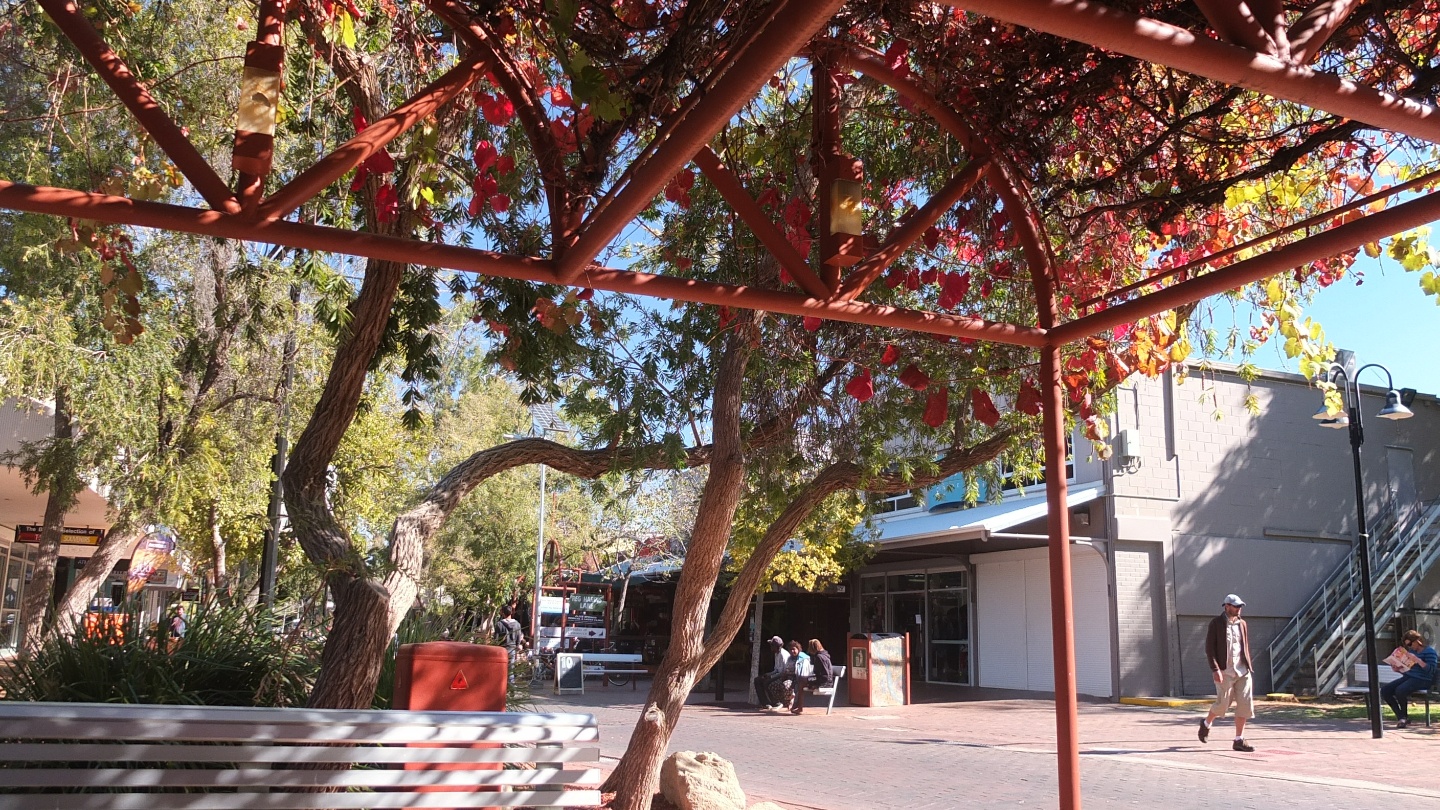 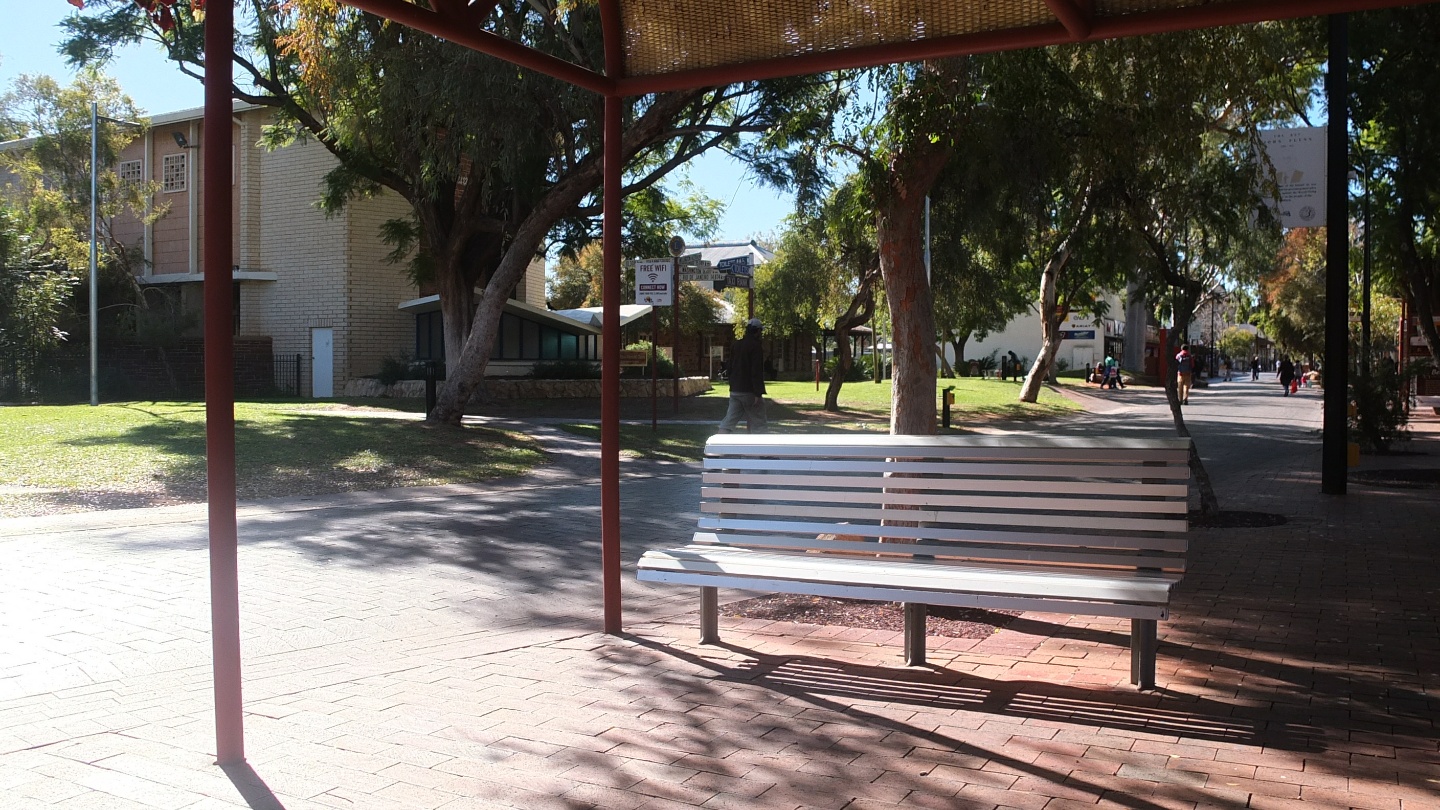 There is bench and sun! 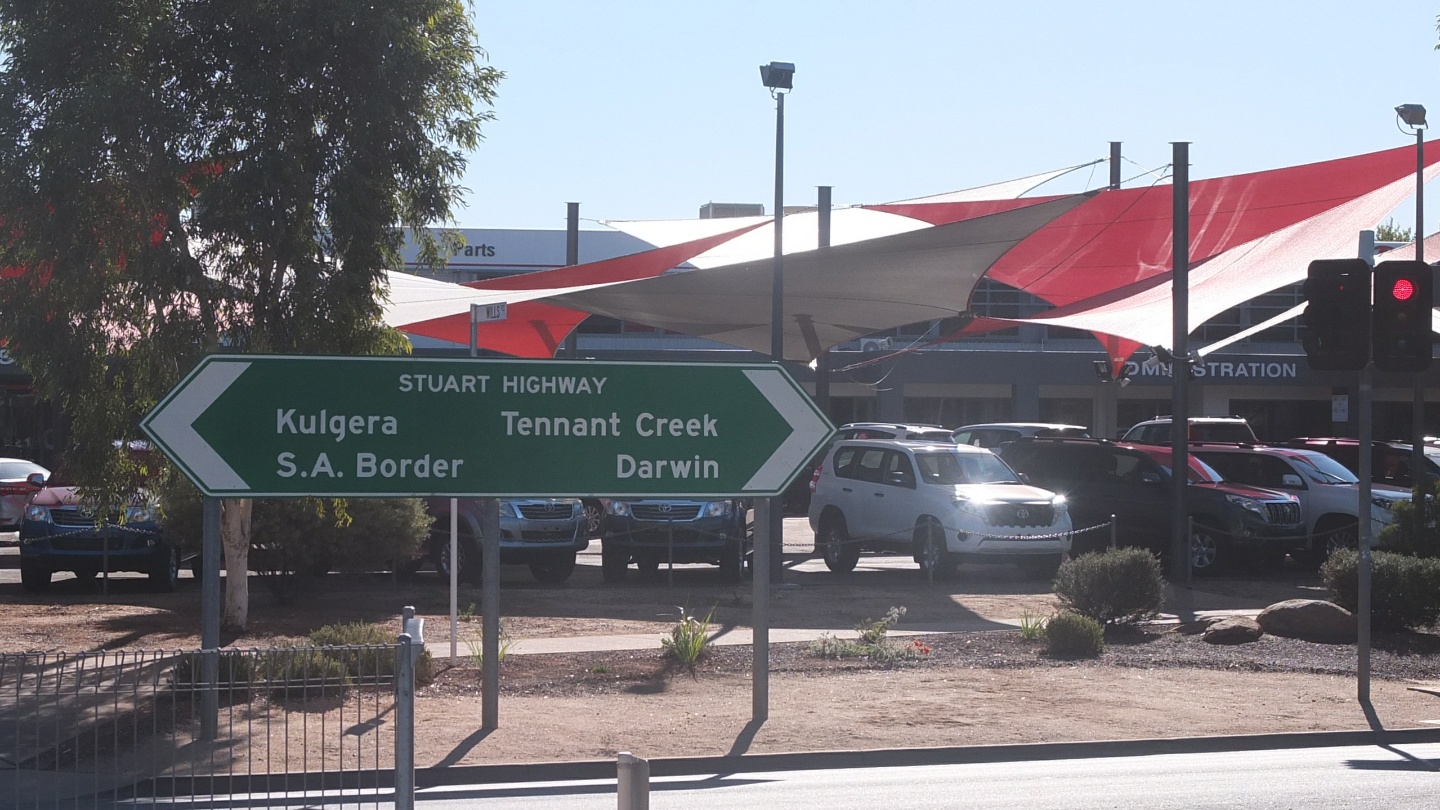 This is time to leave Alice! it’s 4pm now and I should have just anough time to reach to next rest area. 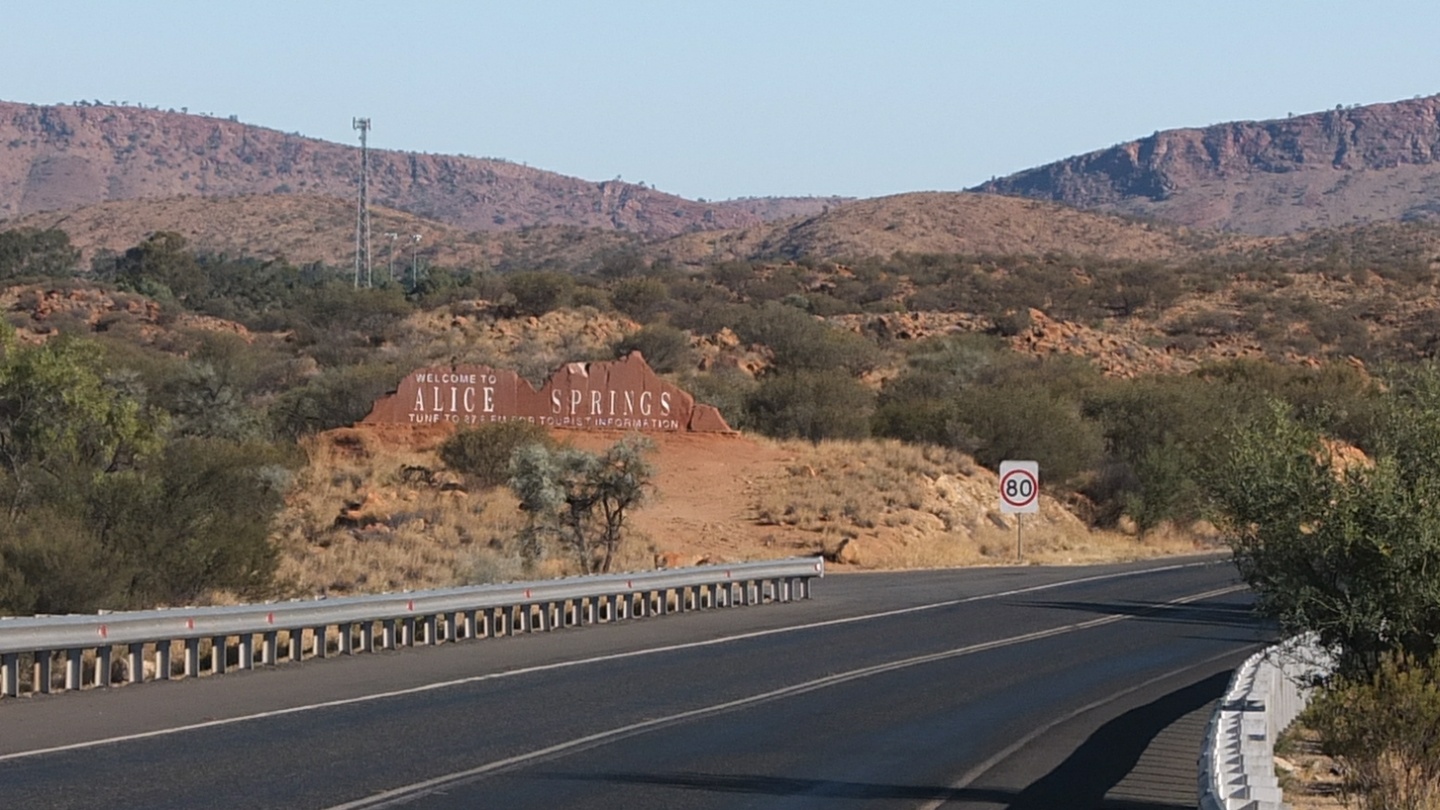 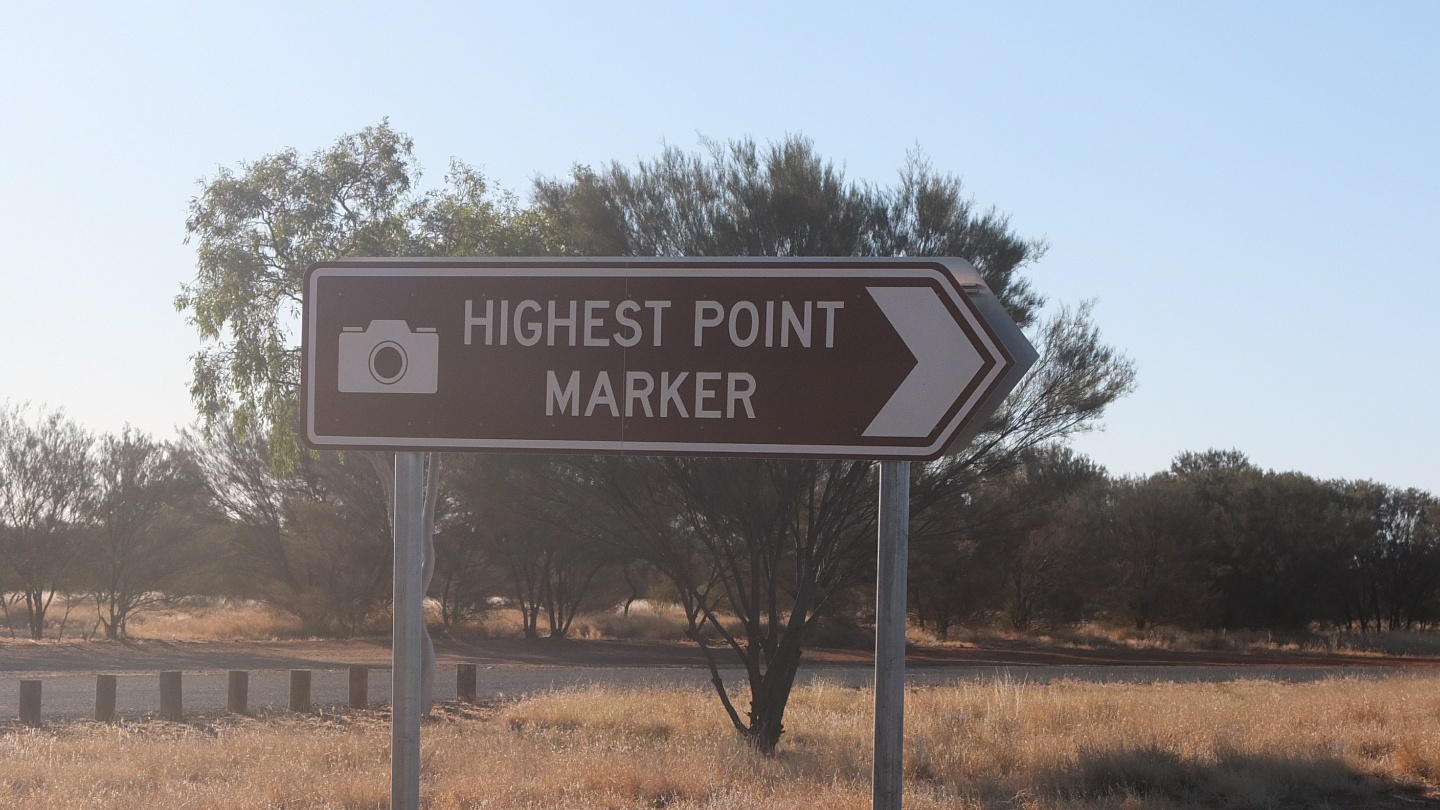 About 20km later and a long light climb I’m arriving to a spot I heard from the English guys: The highest point of the Stuart Highway. 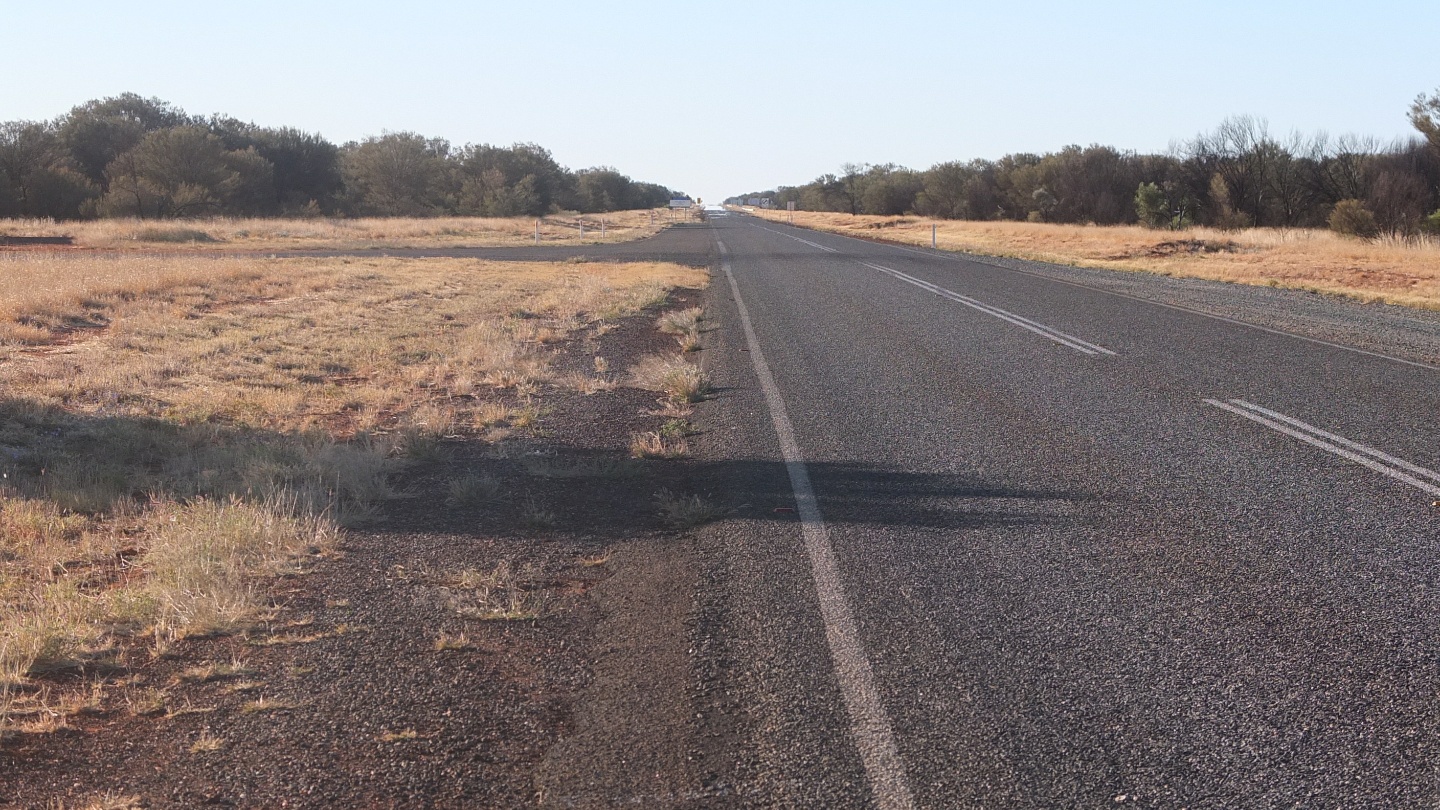 Does it mean I will only cycle downhill from now? I doubt… 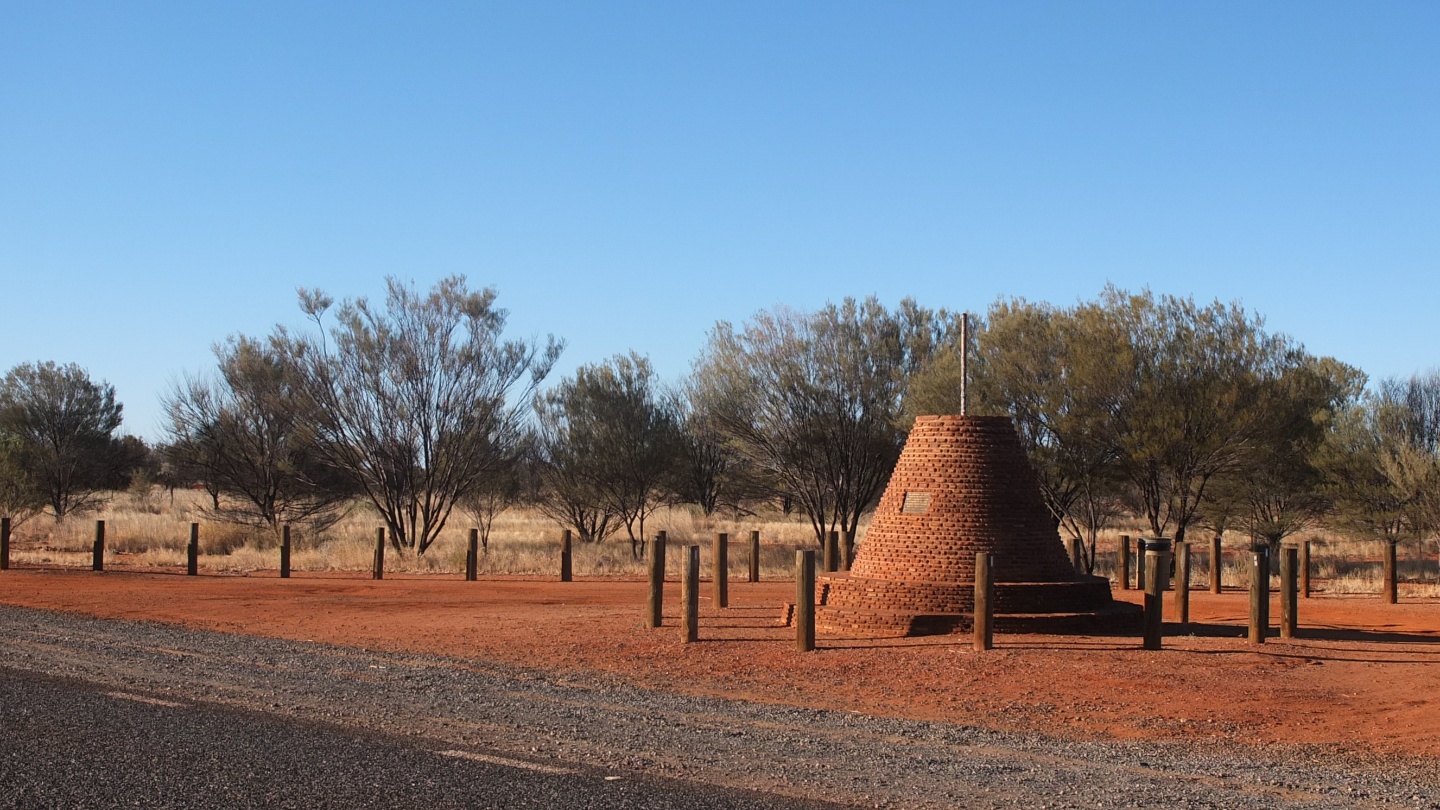 They even built a cairn. 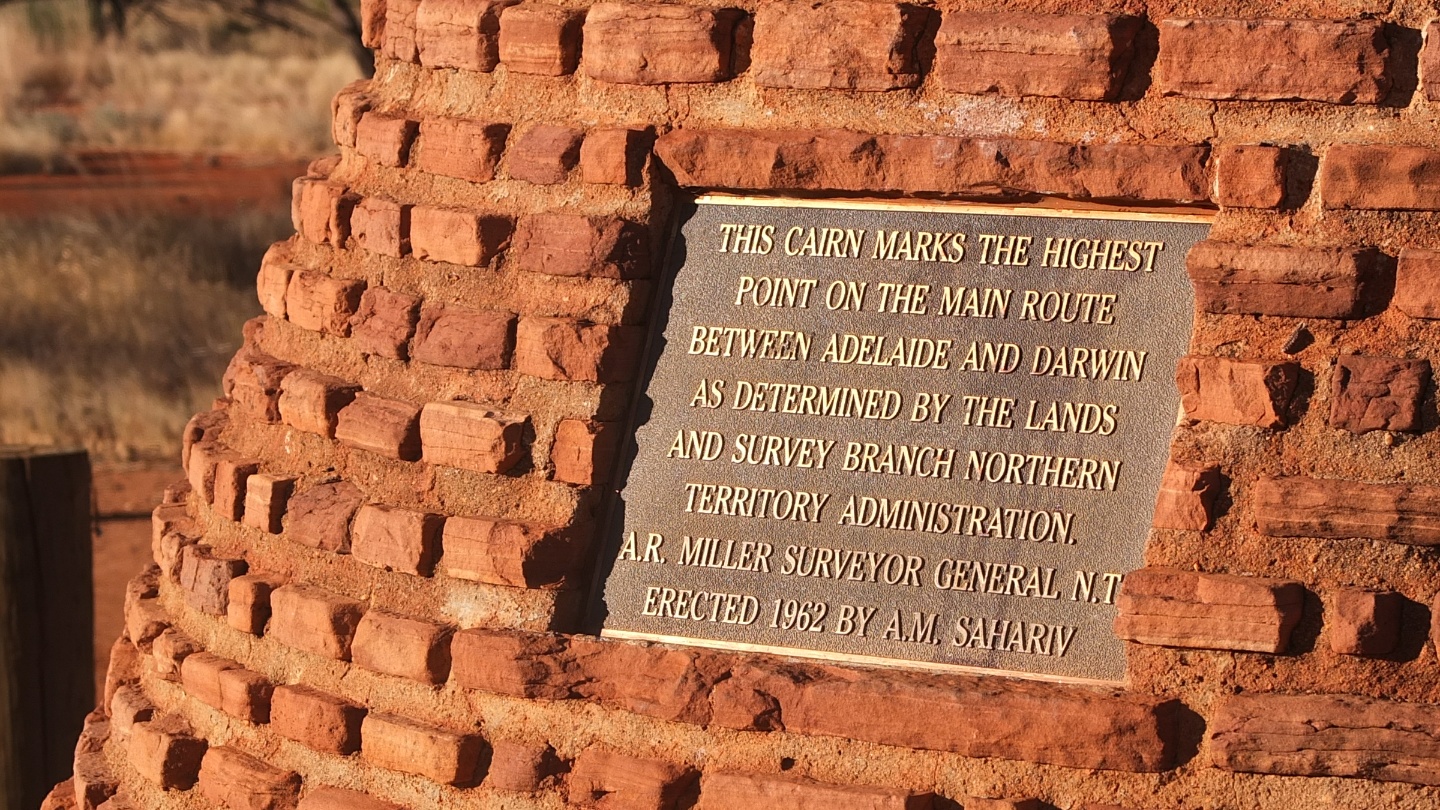 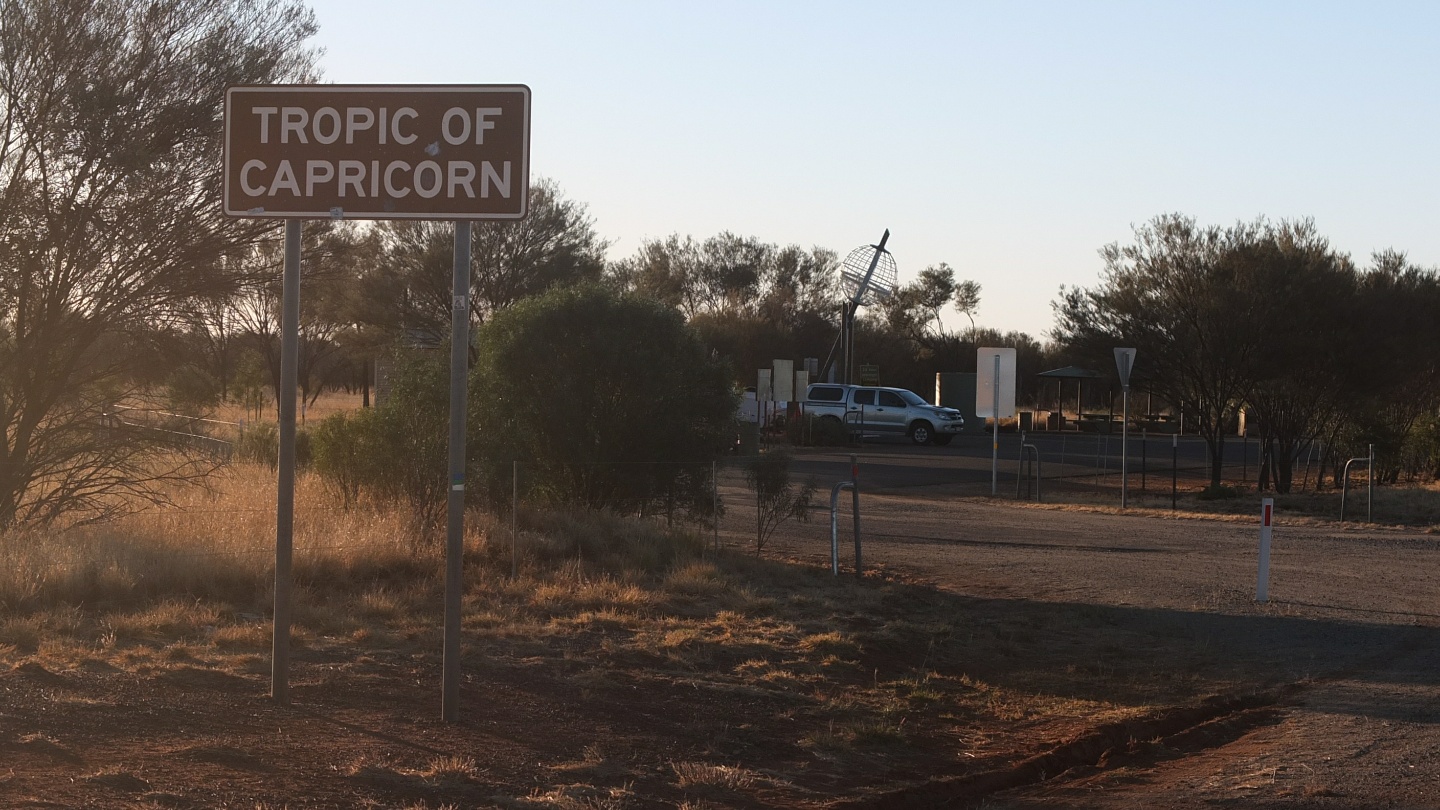 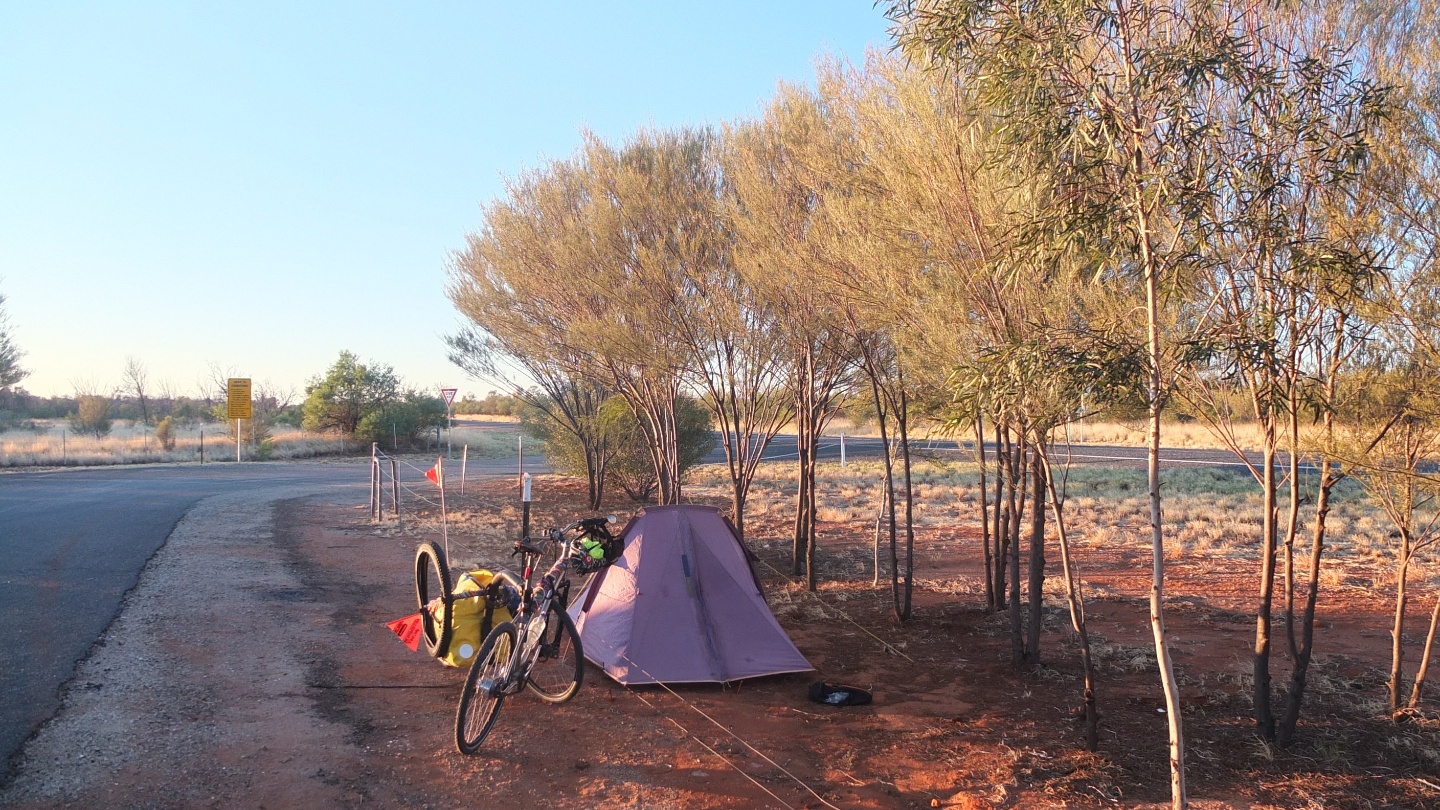 Hop! the tent is pitch. I’m so lucky that John (from “The Team”) gave me a hammer because since that day I’m using it every single day. The ground is dry and hard here. 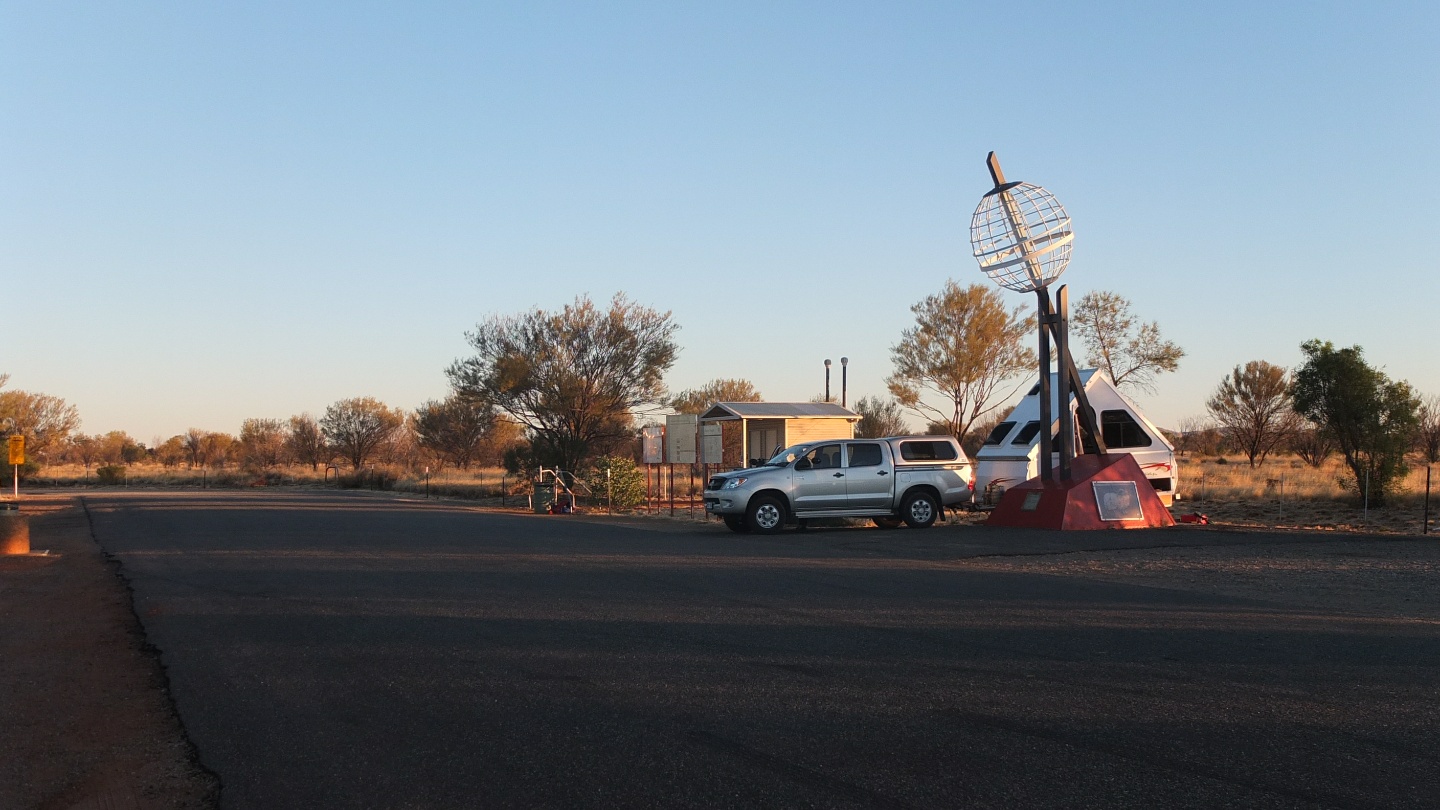 The Tropic of Capricorn monument :-) 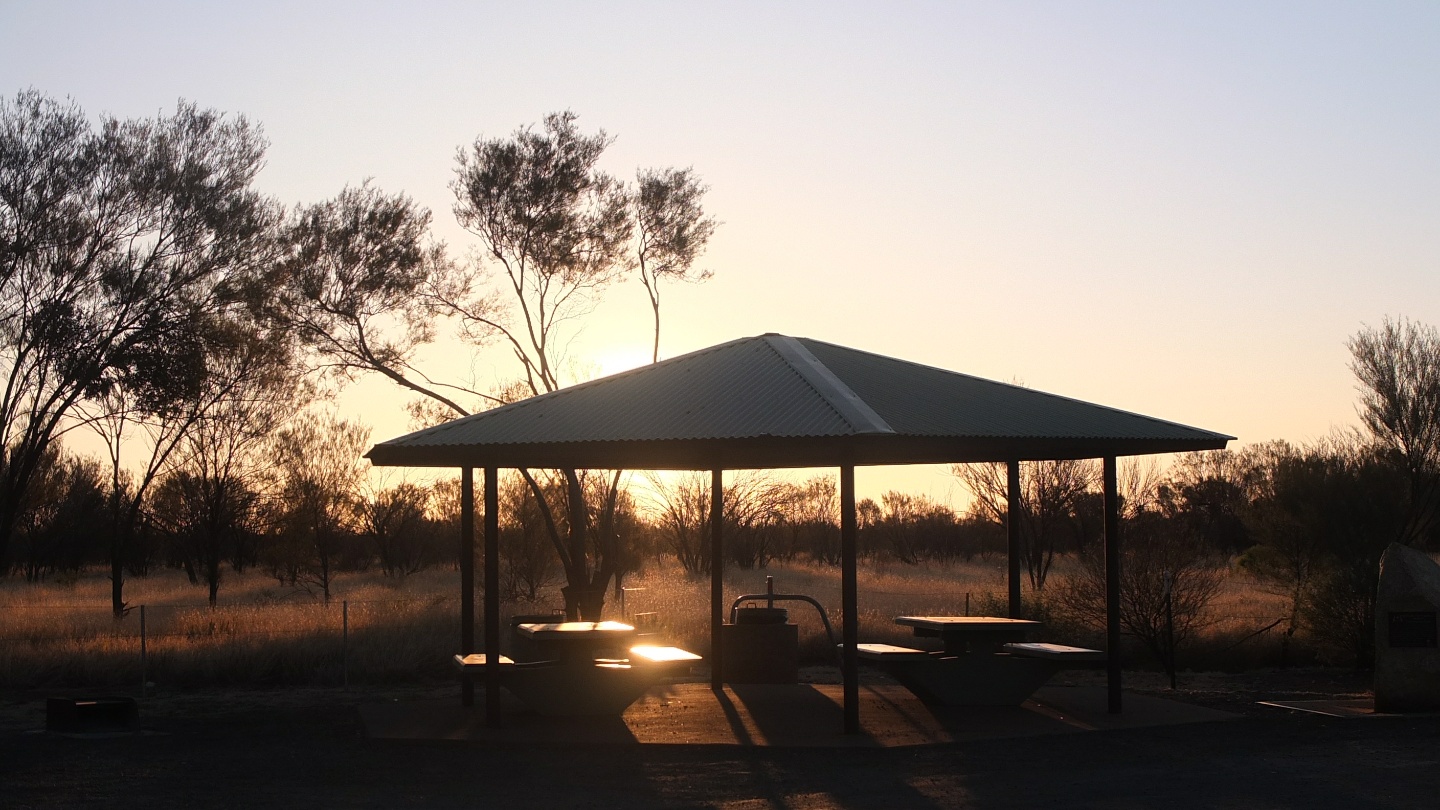 I’m very happy to be on the road again. Destination Darwin! Youhouuu! Here we go!