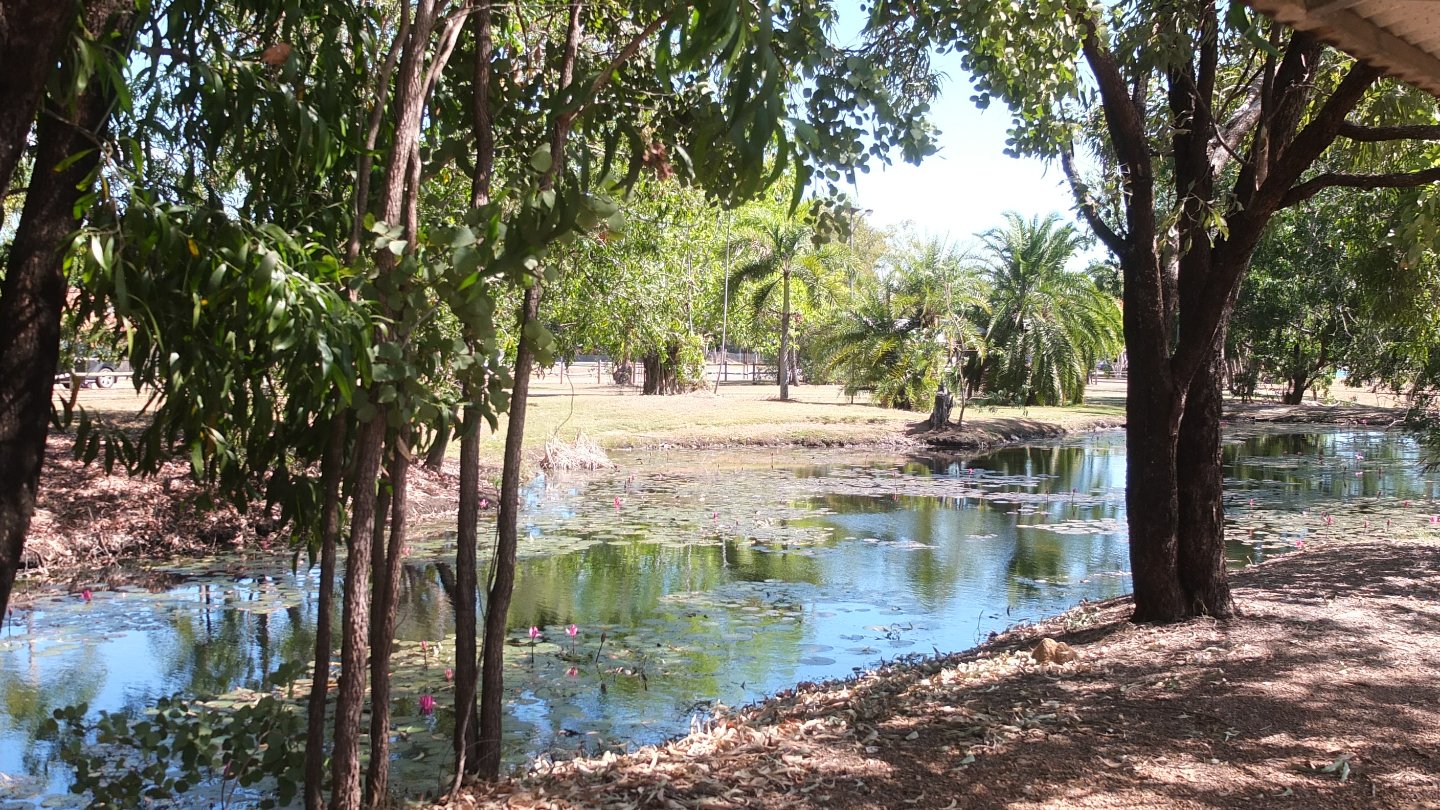 Today is a hot one again. I’ve planned to cycle early this morning and then stop between 11am and 4pm. I don’t feel the high humidity yet but I can see it around. Martin told me about “Douglas Hot Springs” so I will be happy if I can join that spot today. It’s going to be a long one! 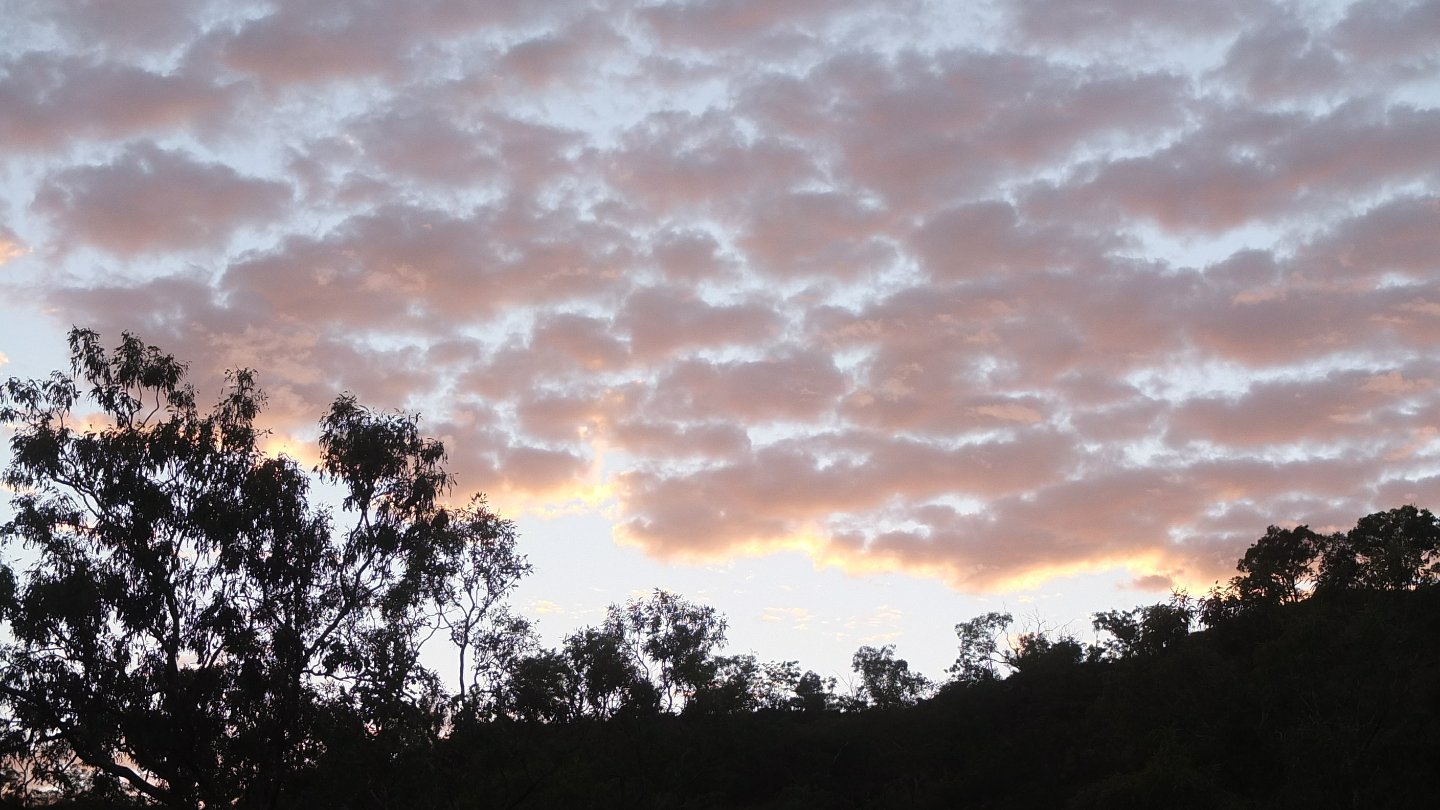 Back to the beginning of the day, the sun is not here yet but I know it around. I’ve been a bit slow this morning to pack everything because every time I have a rest day I have a tendency to spread my stuff around. 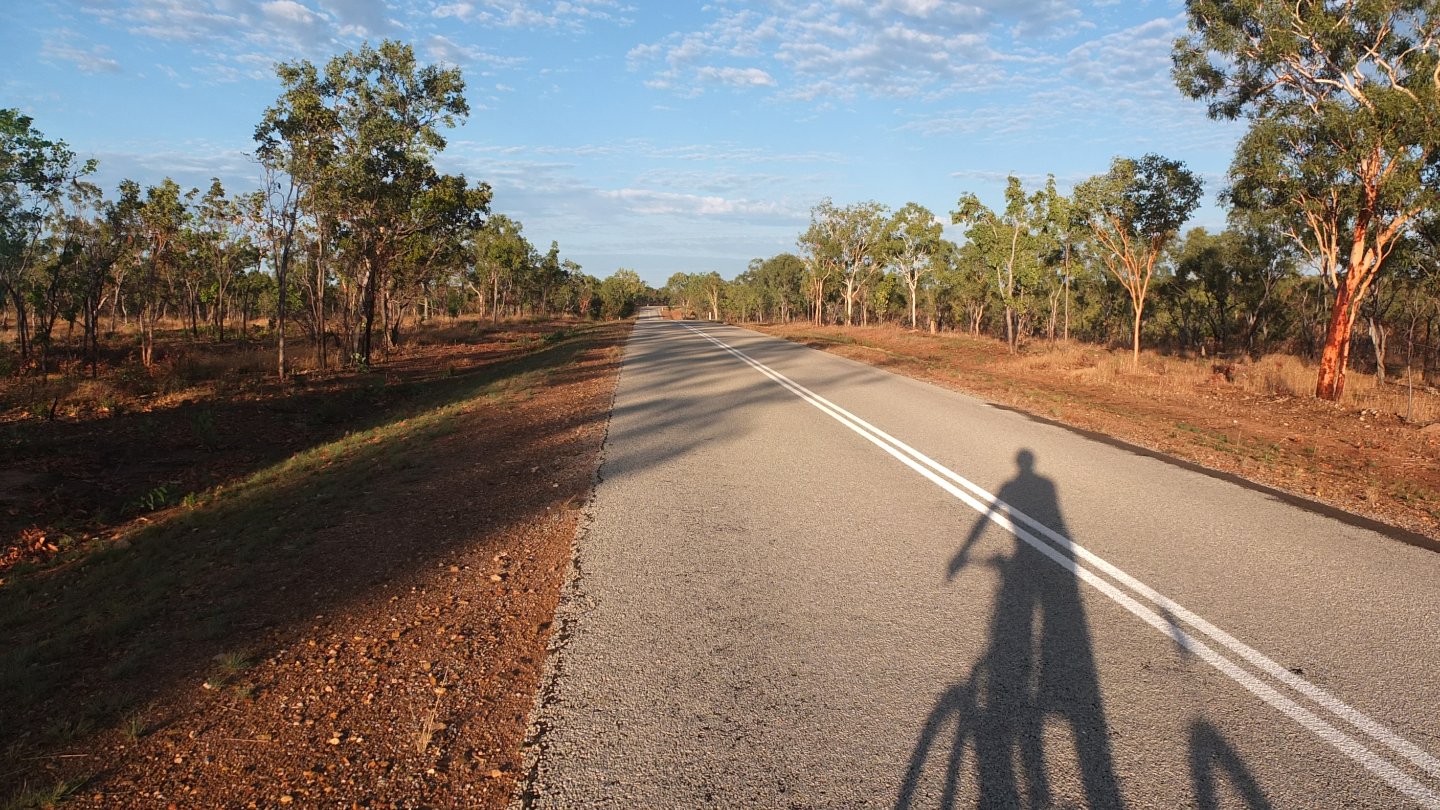 I’m cycling back to the highway. 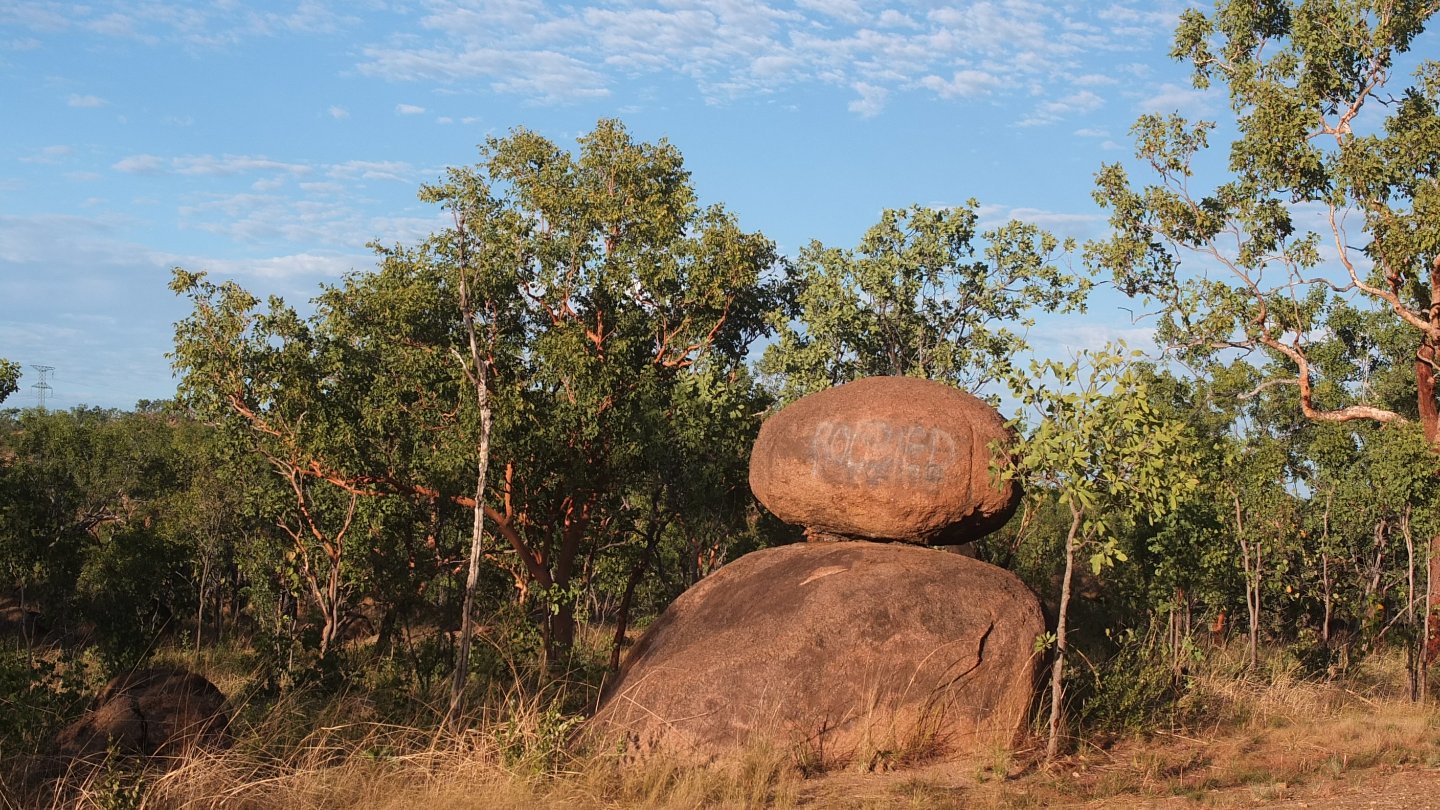 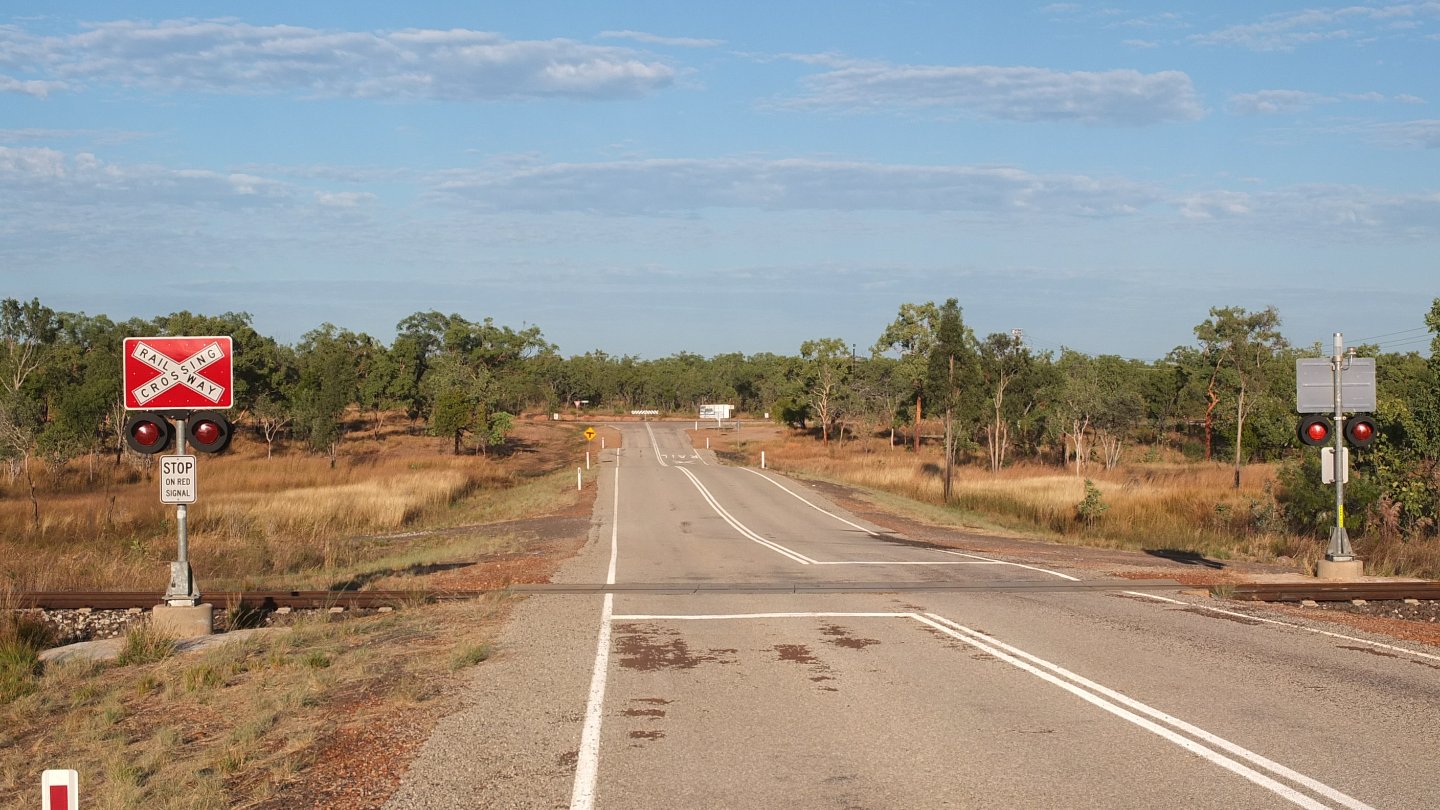 Here it is, the first 20km has been done so far. 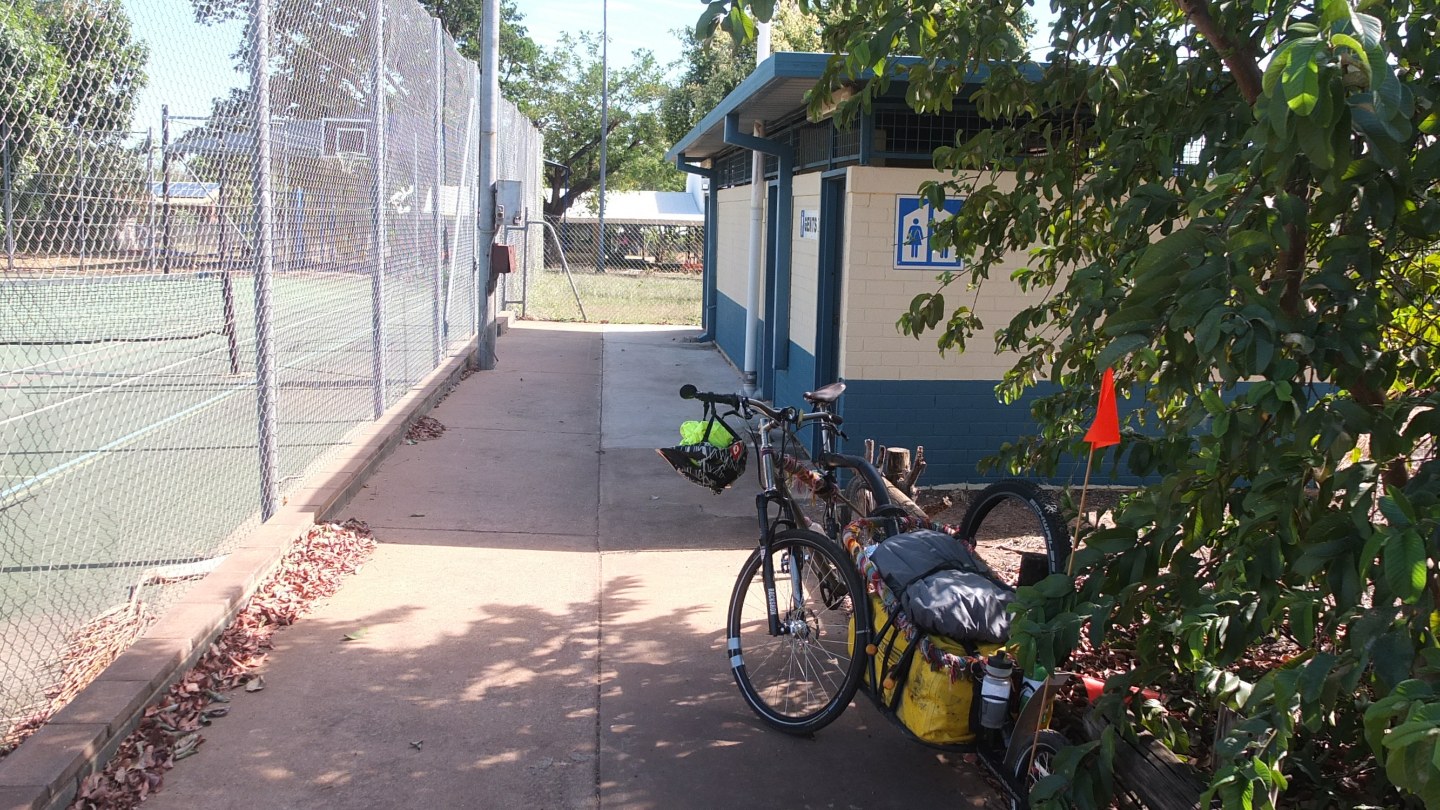 Nearly 70km later I’ve reached Pine Creek where I will stay for lunch and to avoid the heat. Let’s stop to the toilets first :-) 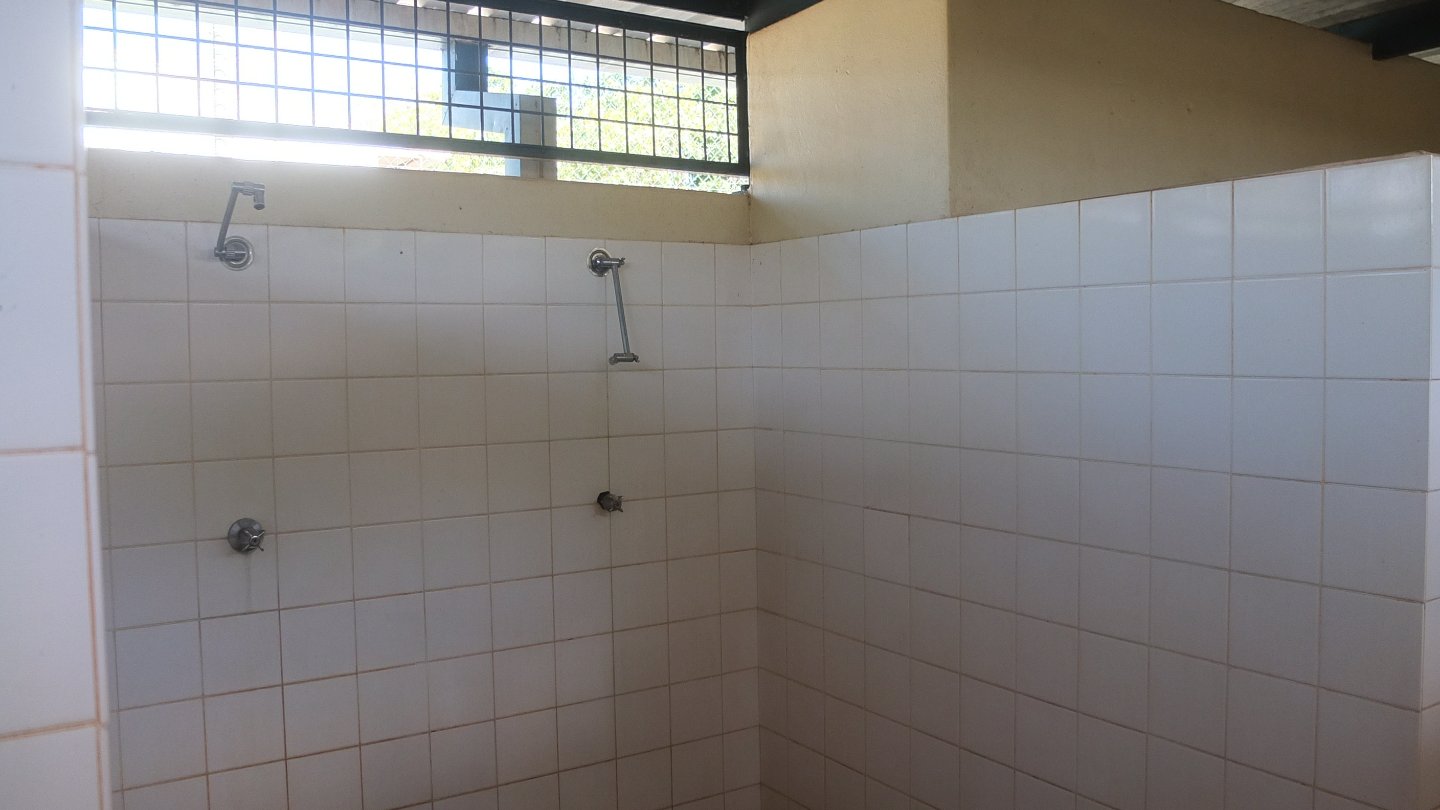 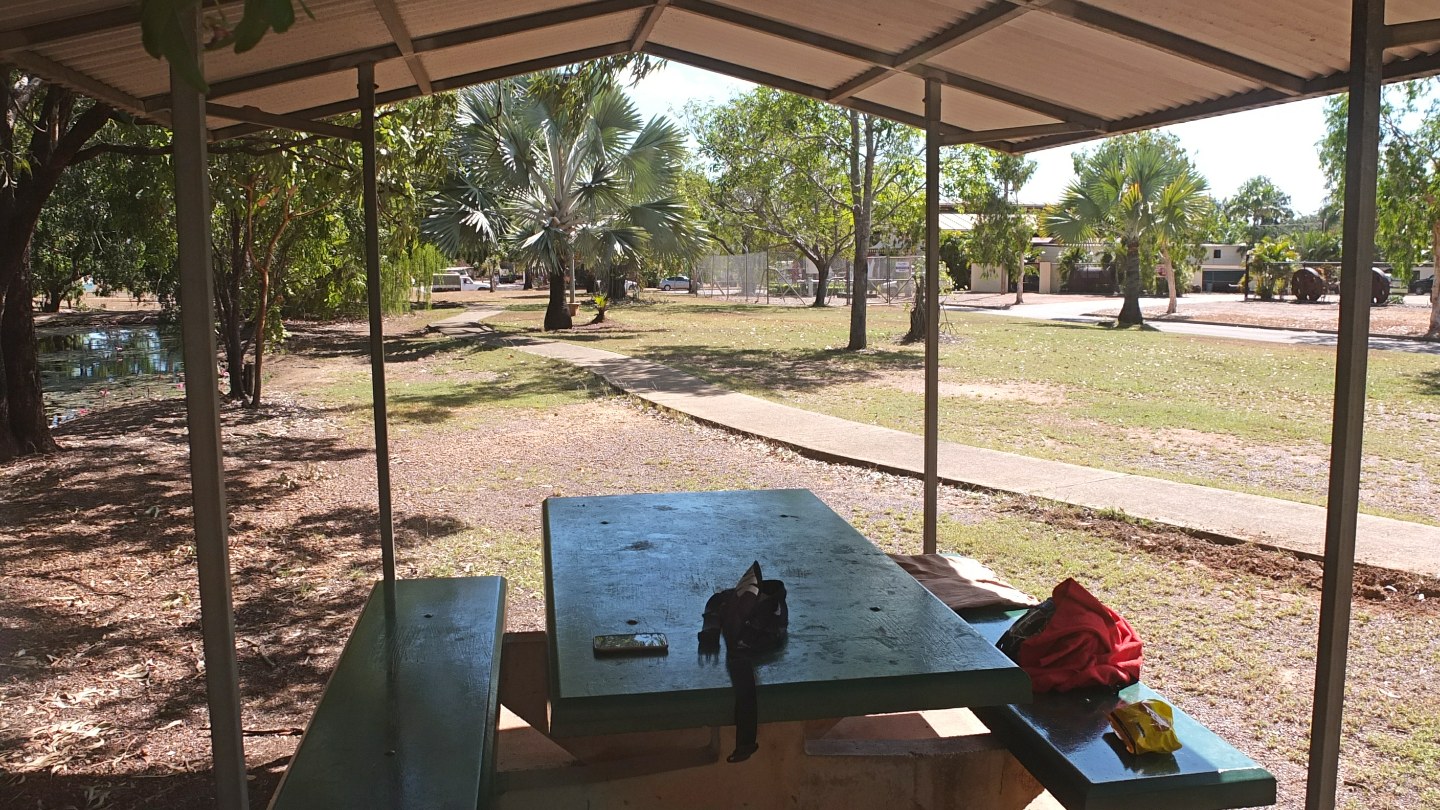 Pine Creek is nice. There is a supermarket where I could buy some cookies and a drink. Then I found a shady spot where to rest out of the sun.

There is lots of water around. 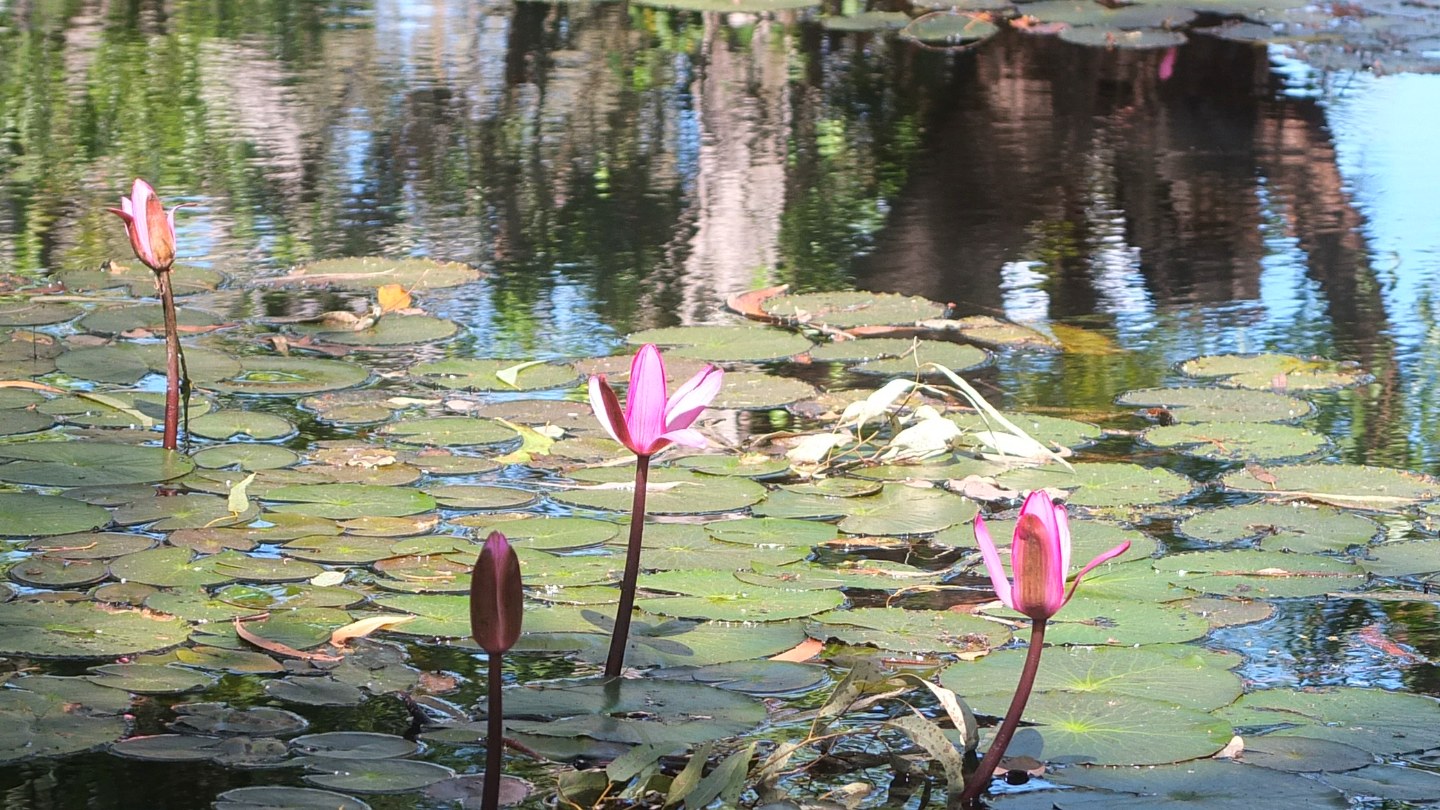 Don’t know the name in english for those flowers. 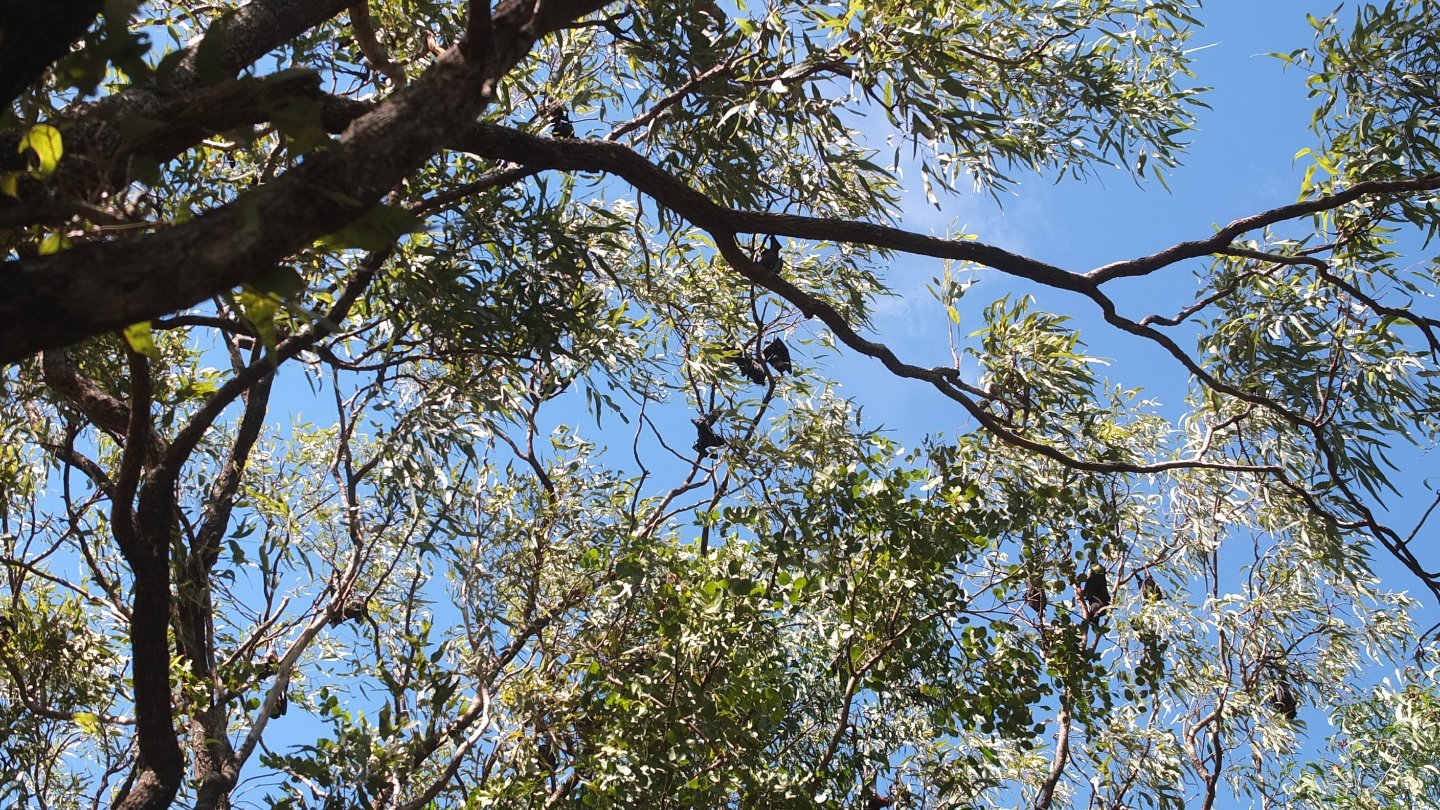 There is a lot of bats as well. 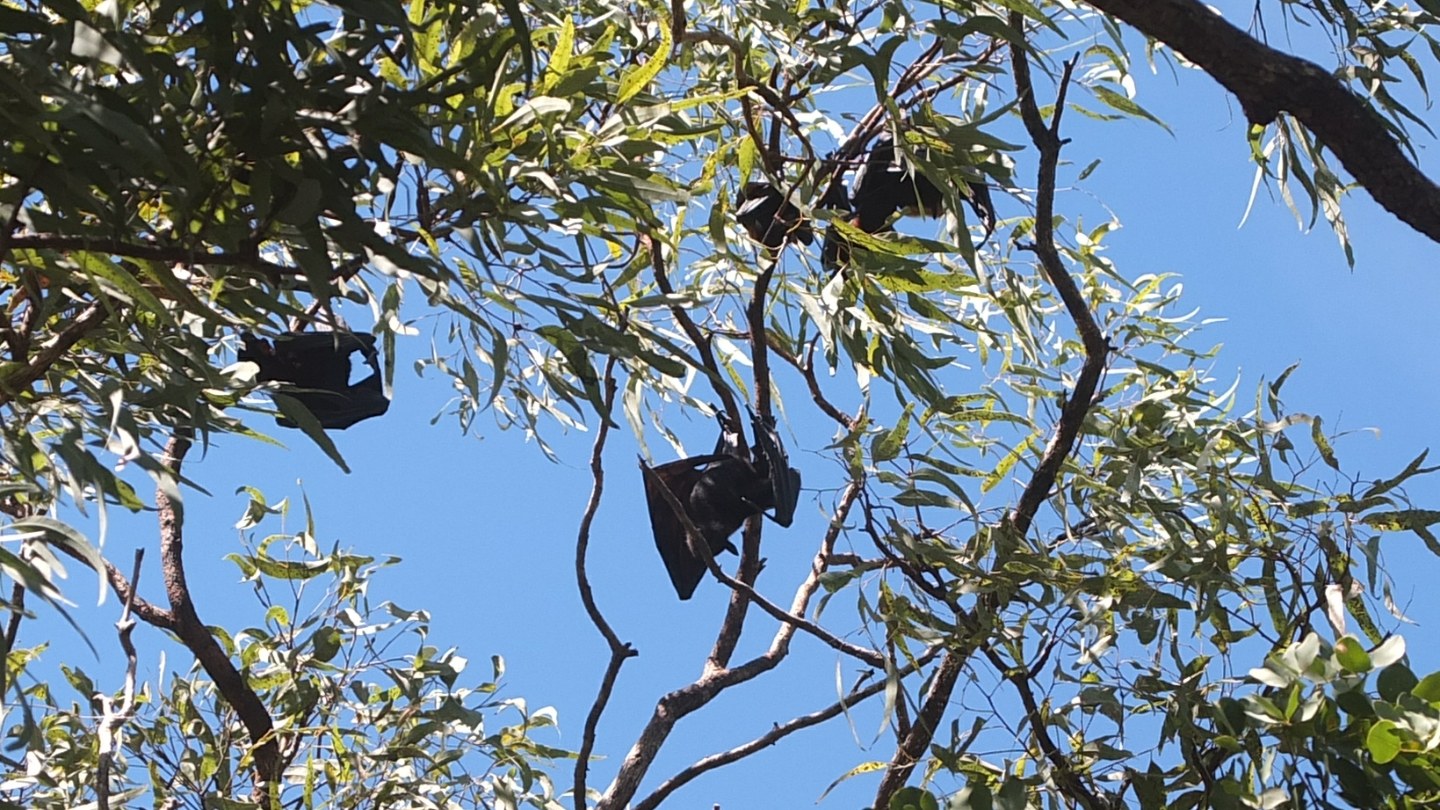 And They are pretty noisy bats. 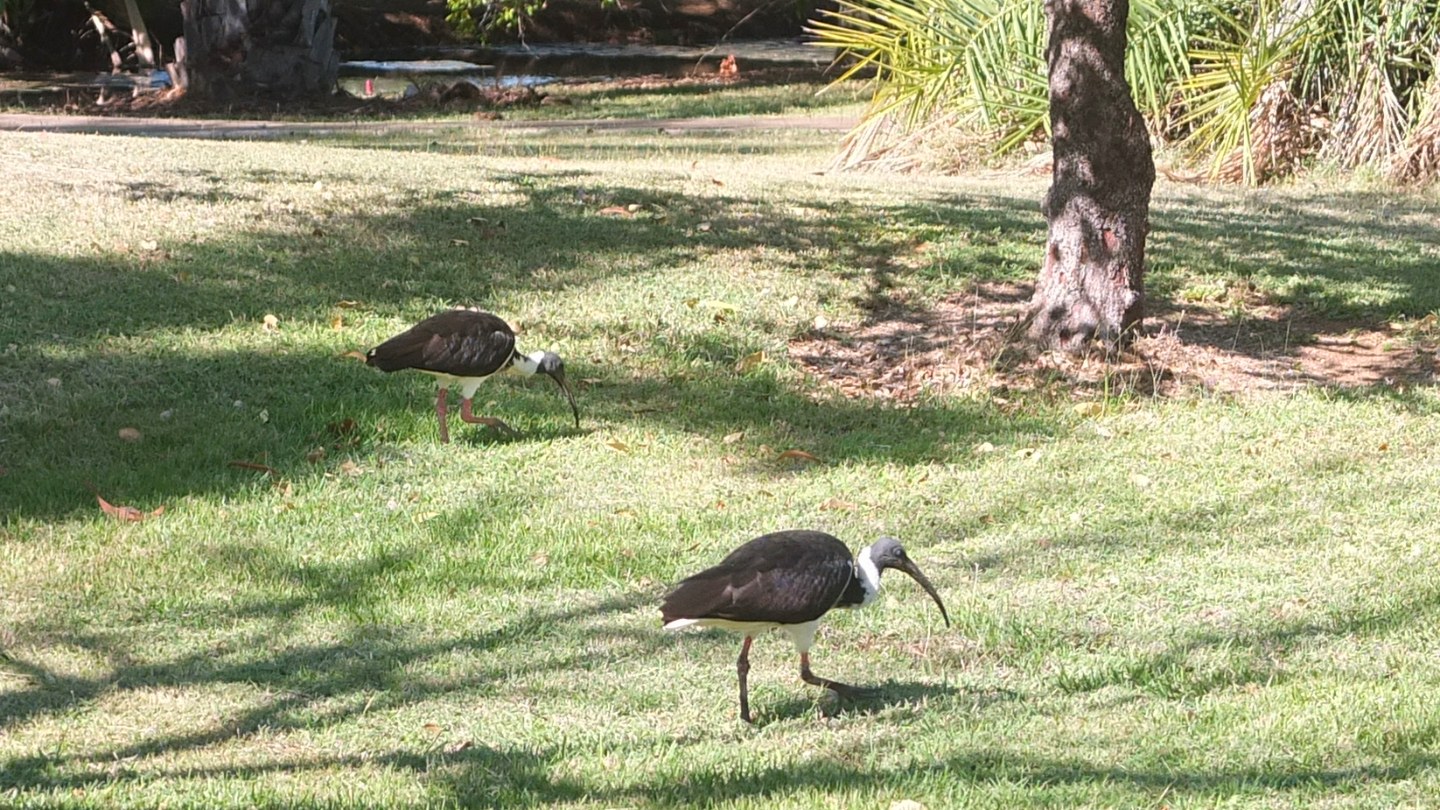 I think there was the same birds in Sydney but they were dirty grey, certainly because they always look in the rubbish. Here, they are clean and white :-) 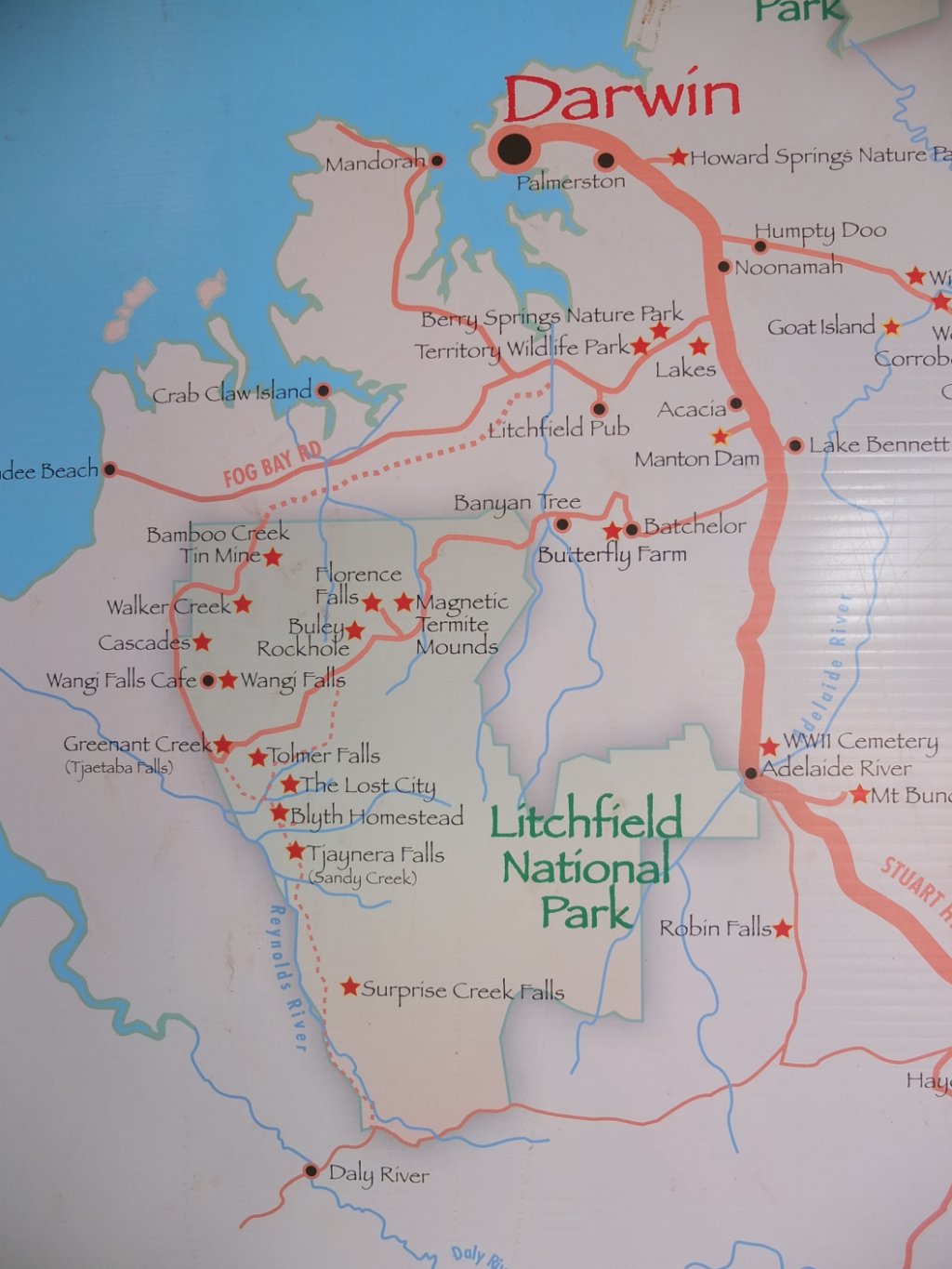 This is a useful map of Litchfield park, the park that I want to visit in the next few days. Tomorrow I should be around Batchelor and then I will spend 4 days cycling in the National Park. Will be good! 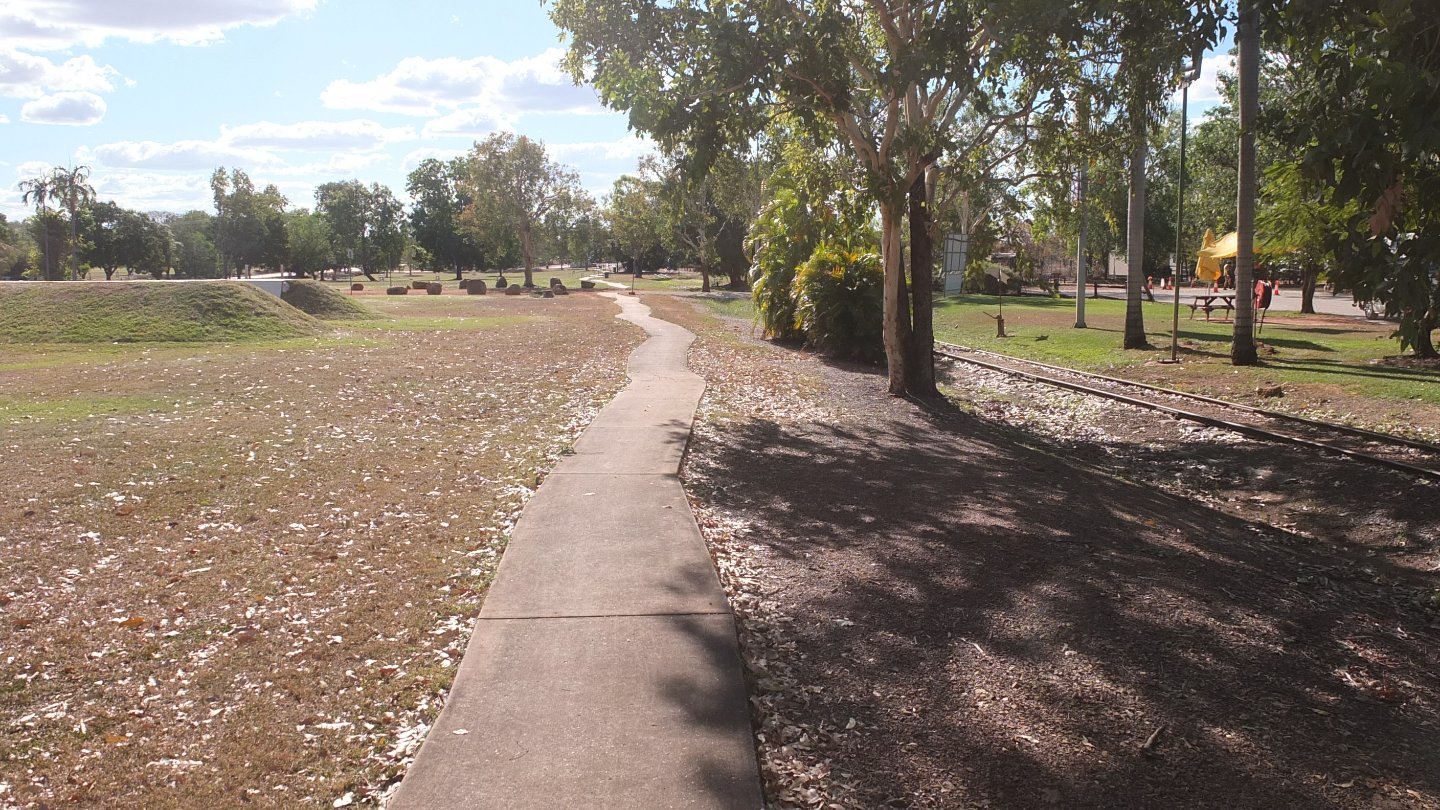 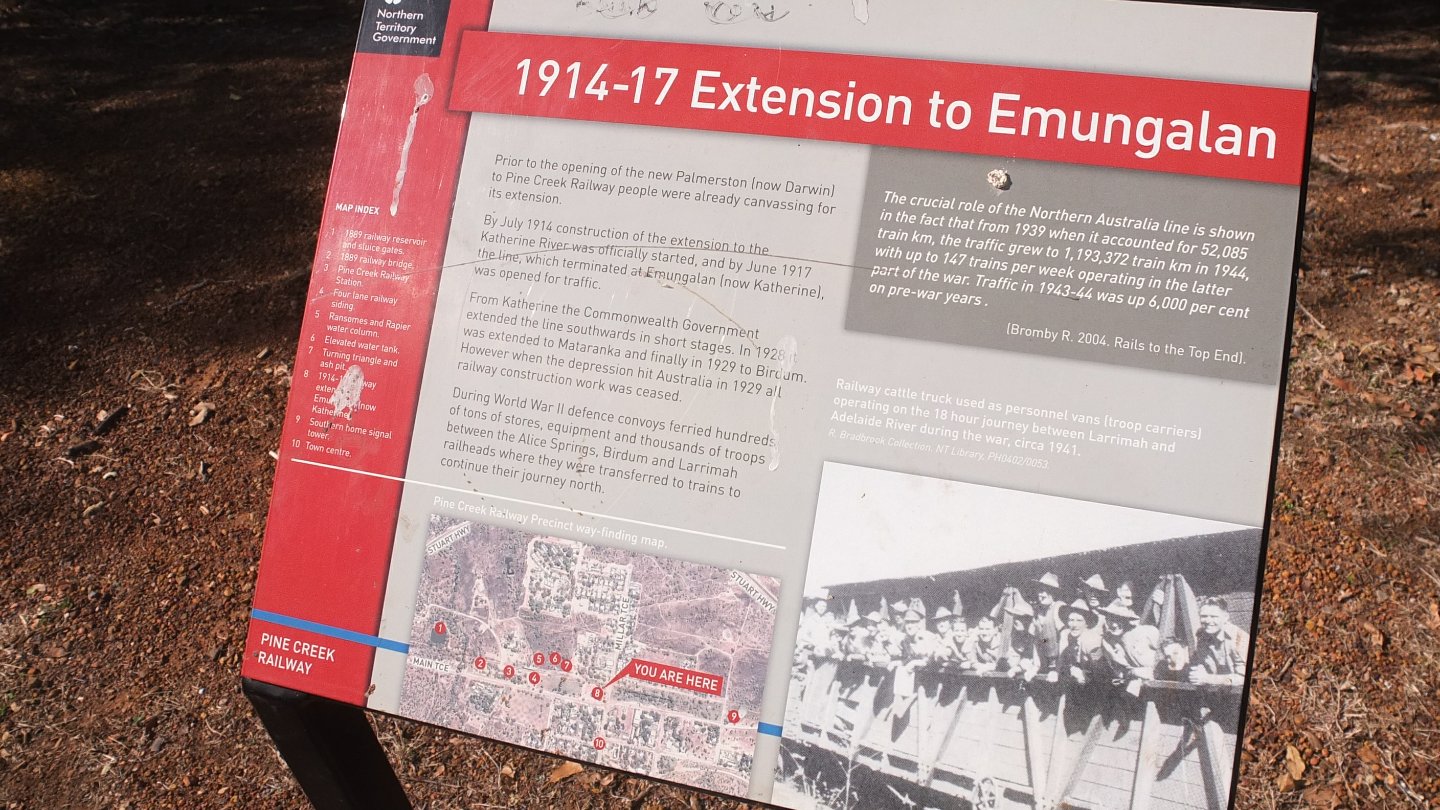 To be short, the railway has been built during the war when the traffic grew up to 147 trains per day! 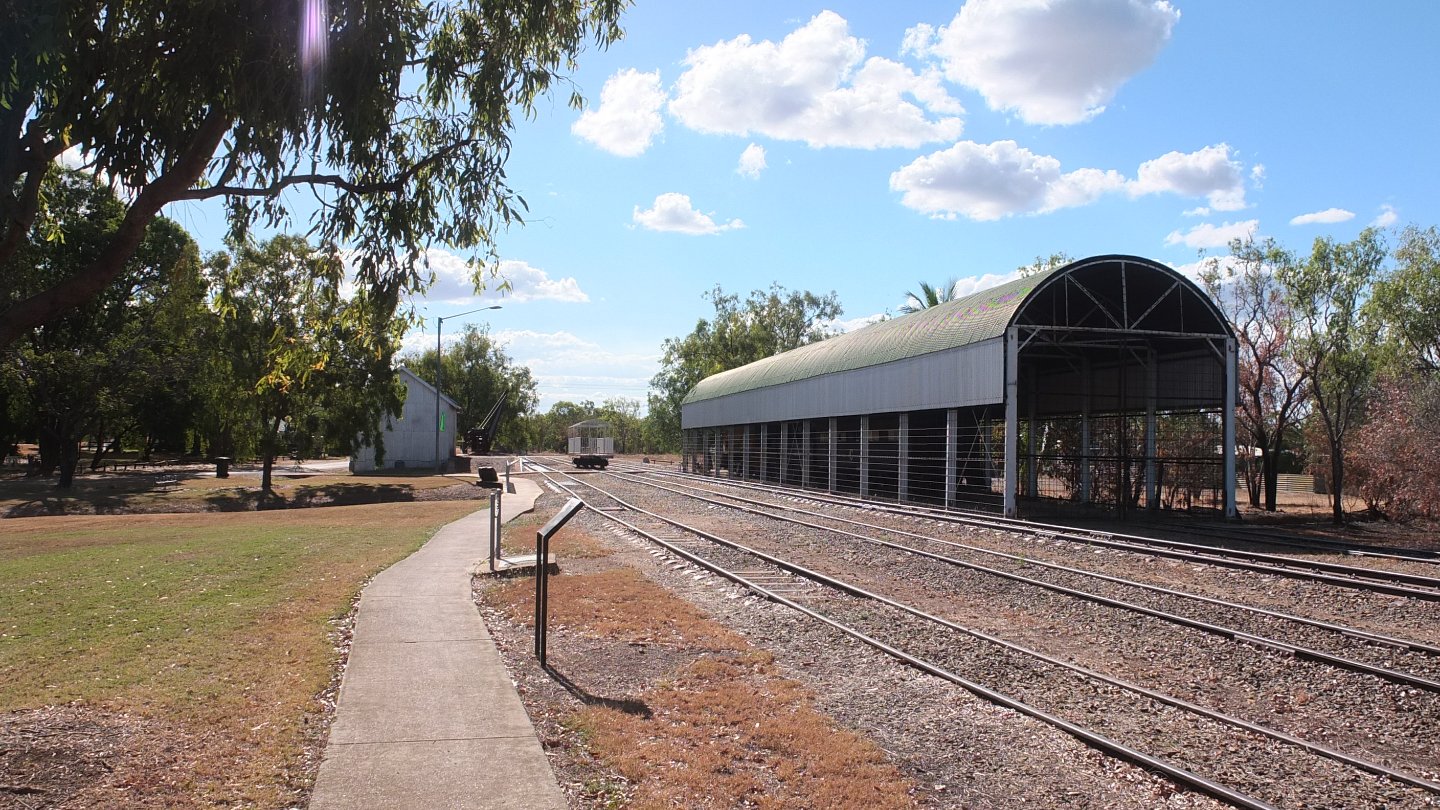 I don’t even think only one train is moving today. 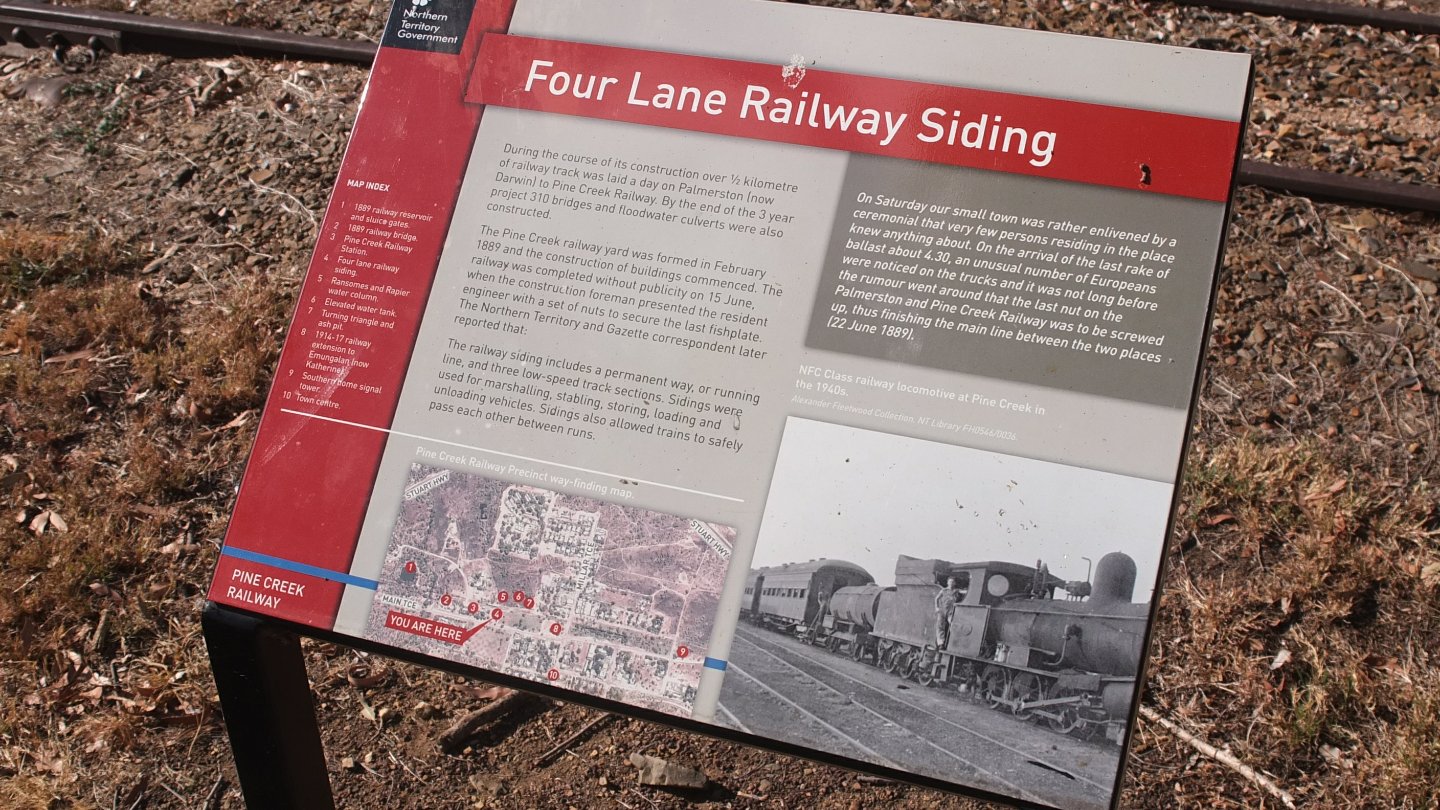 They used to build 500m of railway per day. In three years, 310 bridges and floodwater culverts were also constructed. Big project! 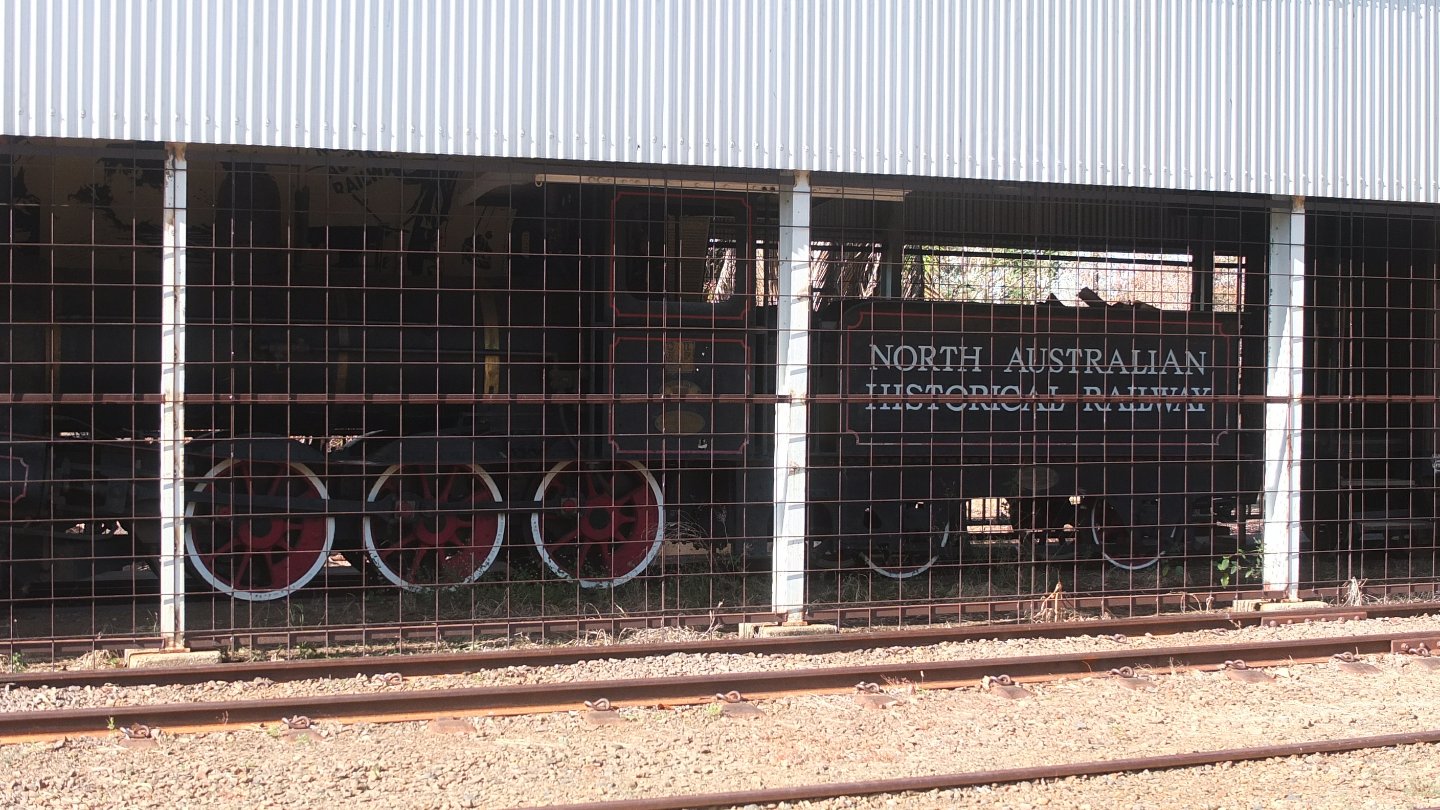 This on is not going anywhere. 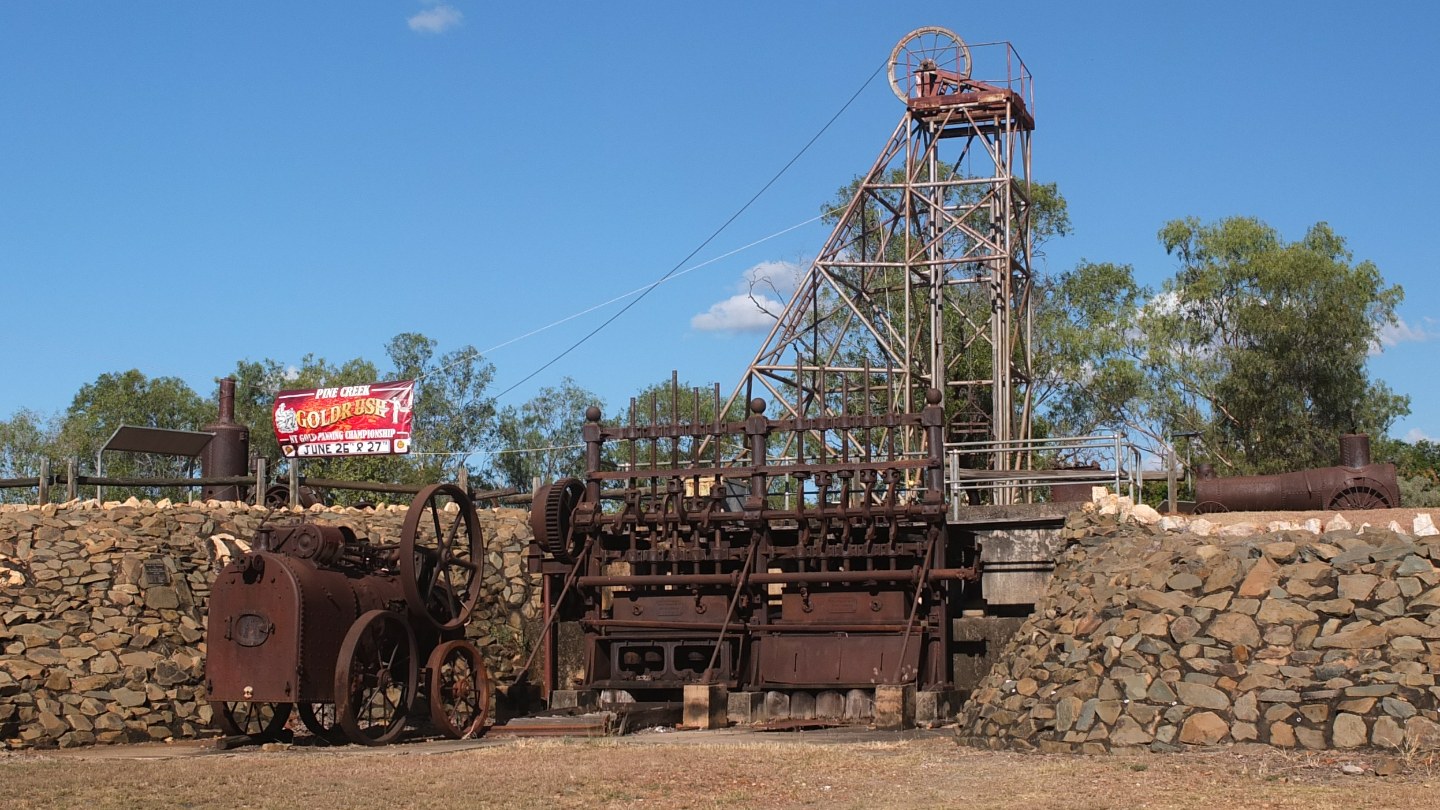 Pine Creek used to be a place where we could find gold. It might be still the case today because there is an event “Goldrush” in late June but the quantity might be very tiny. 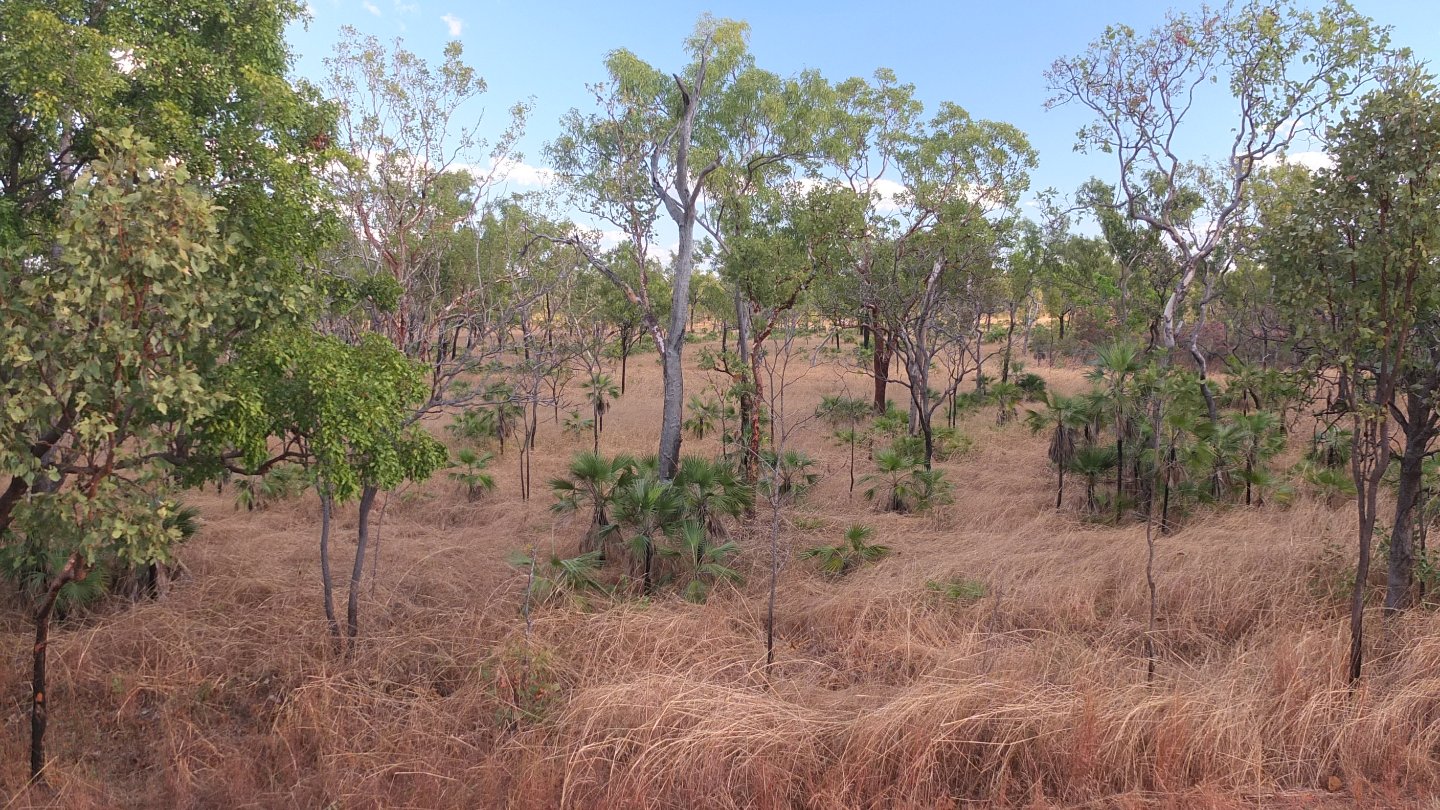 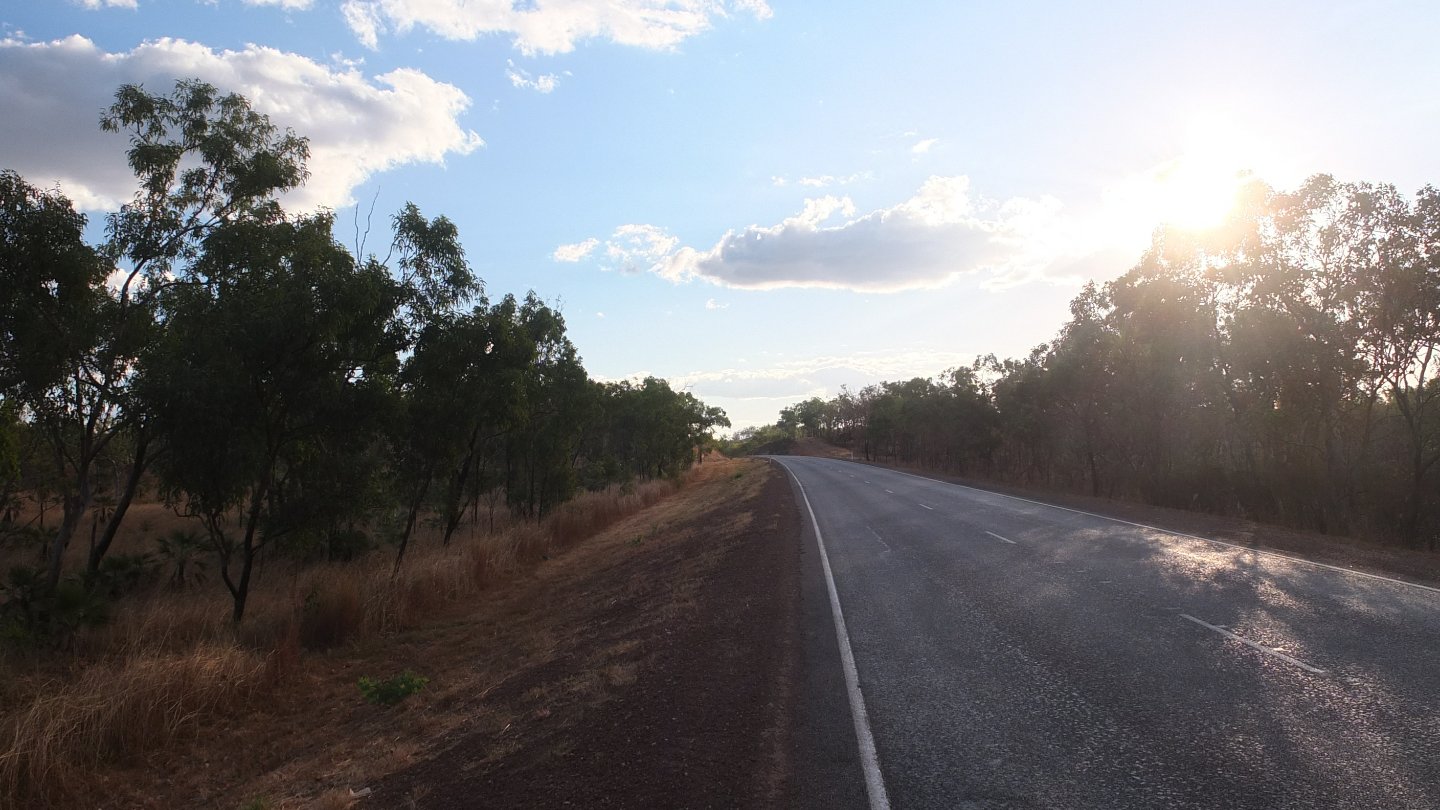 The sun is already low but I want to reach Douglas Hot springs tonight. 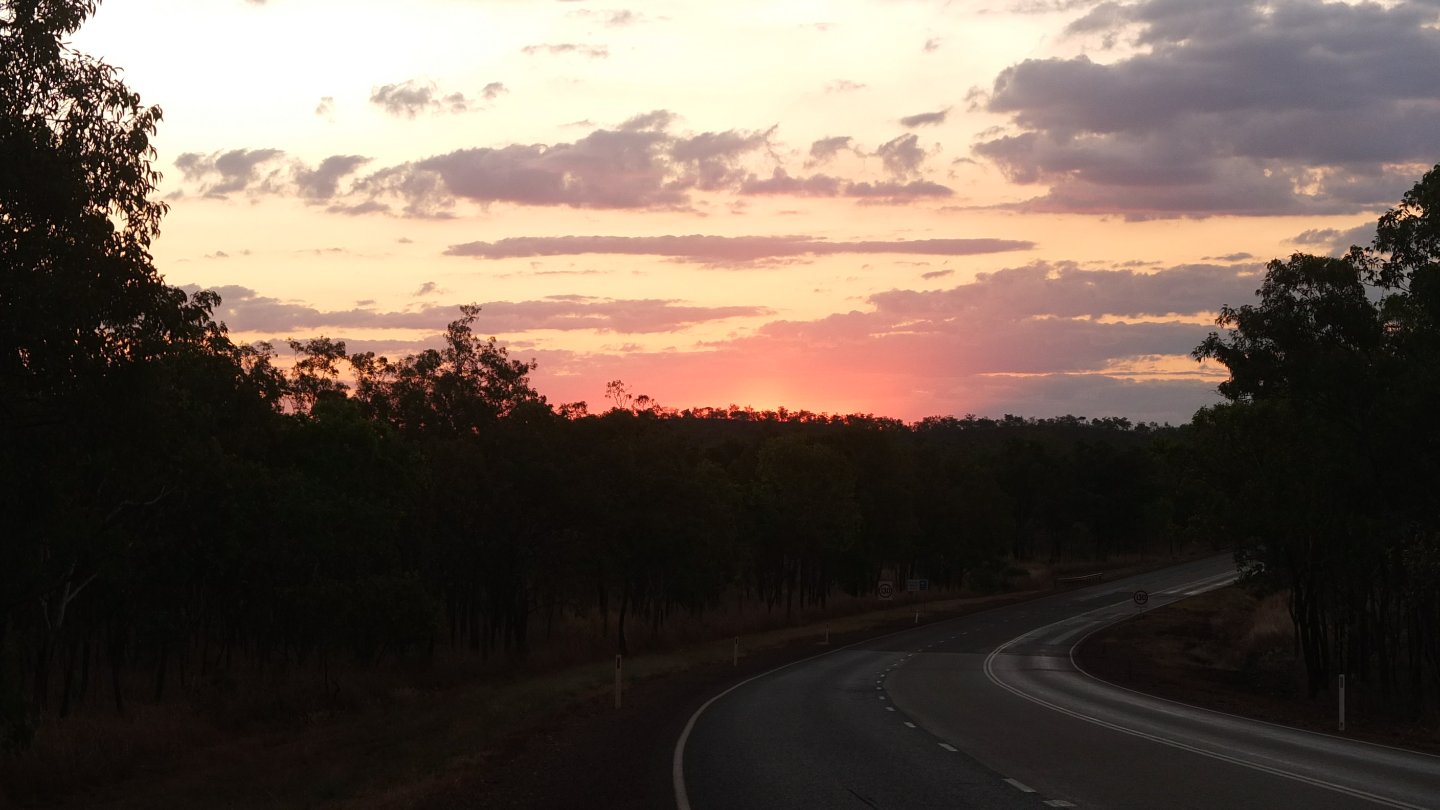 Finally, I did not make it. I’ve been to the place that was spotted on google map but the Hot Springs were not here… They are somewhere of the main road. Hmmm, I don’t have much time to make too much detour so I will see tomorrow if I can get a more precise information about the distances. 130km for today is enough for me! Good night!