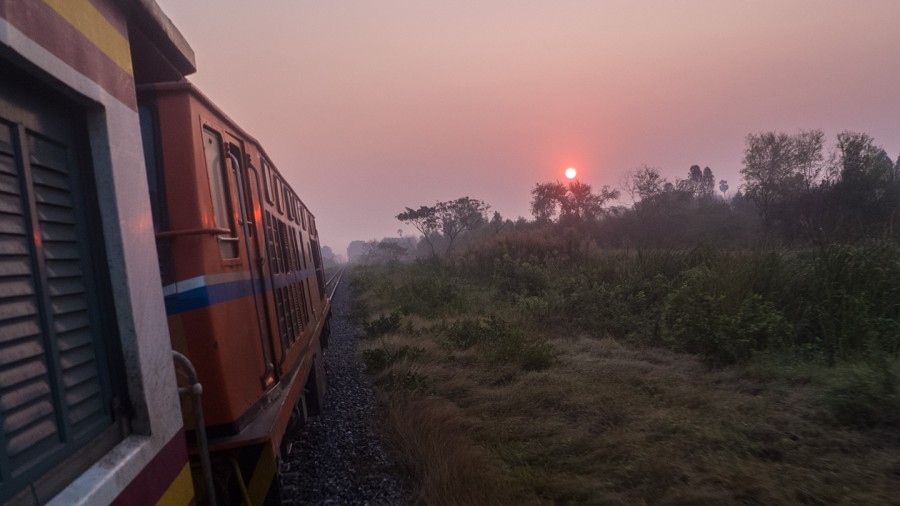 Well, that’s not the most interesting day to tell today. I’m going to Bangkok. I did not plan to go there first but I must now. The main two reasons are : visa and GPS. There is an optional reason, changing my camera. I’ve talked many times now about upgrading my camera gear. Apparently there is lots of huge shopping malls in Bangkok and few of them a specialised in electronics. If I can find THE bargain MAYBE I will spend lots of money. Nothing is sure!
On the other side, Pita asked to follow me to Chiang Mai. My “plan” changed for a better option : I’m going to Bangkok by train with my bicycle only when all my stuff stays in Ratchaburi. I do everything I want there and then, I will come back to Ratchaburi from where we will cycle to Chiang Mai. That way, I will avoid all the heavy traffic to get in and out the capital and commuting inside Bangkok could be fun. That’s the plan! 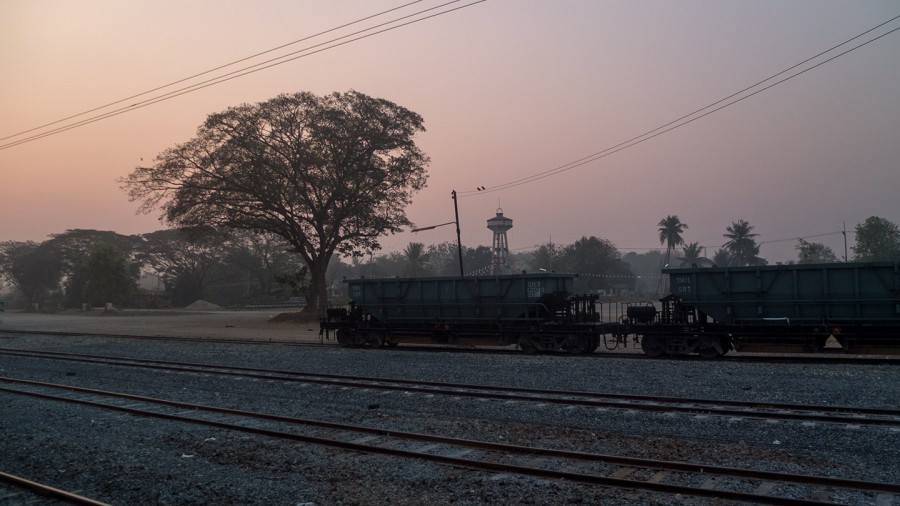 Yesterday evening, Pita brought me to the Ratchaburi train station so I could have a look to the timetable and the price. The lowest price to go to Bangkok was 50 baht when it will be 90 for the bicycle! haha. At different time of the day, the price can rise up to 250 baht one way. Better leave early morning though!

I woke up at 4:30am this morning and left Pita’s place at 5:00 to be at 5:30am max at the Ratchaburi train station (there is 10km cycling including dogs attack along the way which help a lot to cycle fast ;-).

The cheapest train this morning was the one leaving at 6:08 and arriving at 8:35 at Bangkok. That’s 2:30 hours to cover 120km. Not the fastest train of the world but slow enough to open the window and enjoy the landscape :-)

Maybe useful for some people :-) This is not the full time table unfortunately (maybe halp of it). This train starts from the south of Thailand and goes until Bangkok. 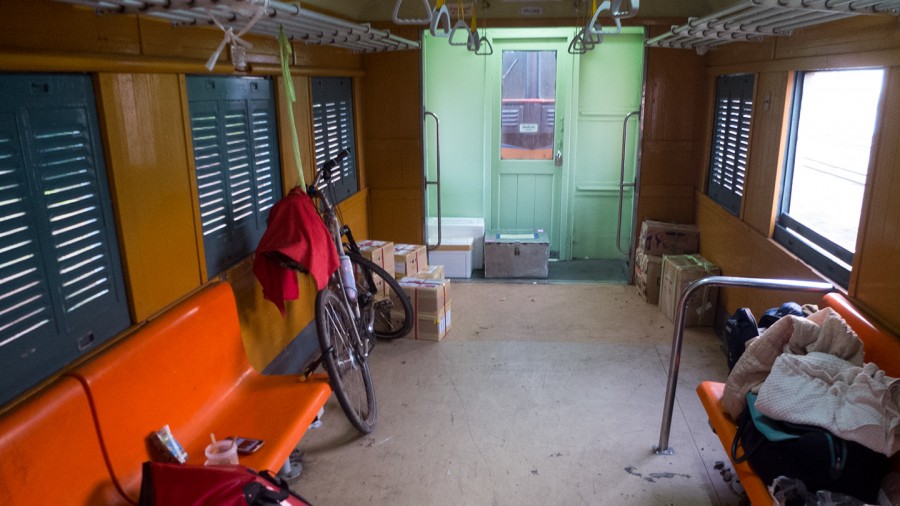 This one is a cargo train. Not all of them can carry bicycle so make sure theu know when you biy your ticket. I could seat in another compartment but staying here is more fun. And I can keep an eye on my bike too. 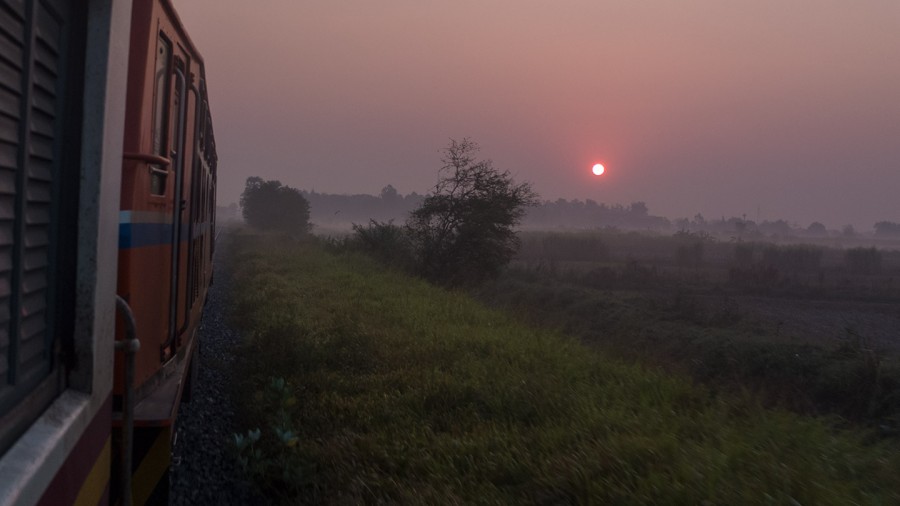 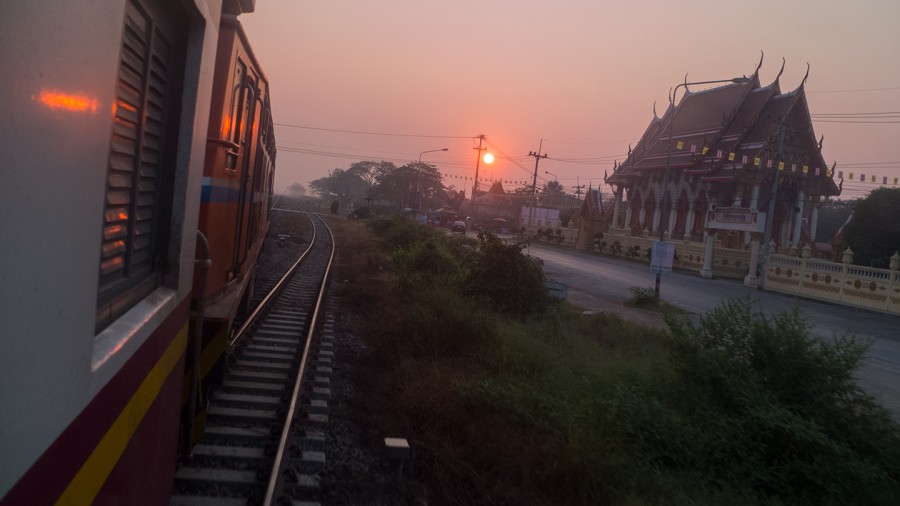 The trip felt shorter than expected. I’ve decided to stop one station before Bangkok. In fact, Pita’s mother arranged accomodation for me. I’m going to sleep at the place where she used to leave except that it will be destroy very soon. This is what I’ve discovered after I met her friend who brought me to her place. She used to live in a dead end street where a dozen of houses stand. But today the whole street looks like it has been boombed.

Lots of people work here. They temporarely live here too. They keep a room where to sleep (on the ground floor obviously). During the day they demolish the rest of the house.

The woman introduced me to a guy, very kind. Yesterday, Pita explained to me that I would have a room, even a house for me with electricity and water. Actually, most of what she said is correct expect I will sleep with that guy tonight, in the last room of her house that is still untouched. The woman brought me a mat, a pillow, a blanket. The guy showed me the shower and toilets. Everything is basic but it works so I’m happy. We went upstairs briefly but part of the walls and ceiling was already missing. The man was really friendly though, proposed me some food, some drink. The woman came back again with a bottle of water. At 9:30am I was set up :-) I decided to have a nap for a little while. It could not be long anyway because after about an hour, a guy jumped on the first floor and started breaking some stuff above my head. That was time to move…

I let some of my belongings at the house and cycled towards the city. First mission: find the building where the Garmin company I’m looking for is hiding :-) 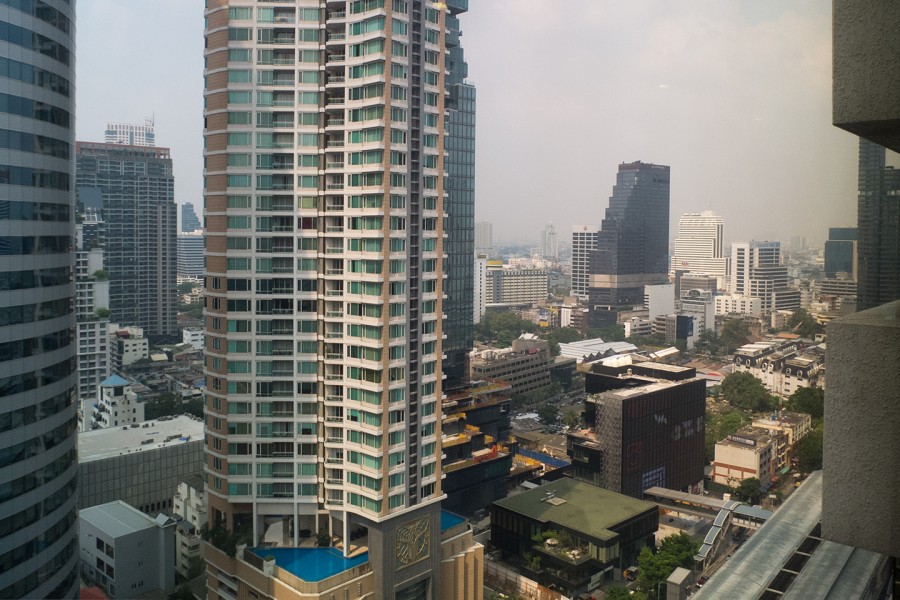 Hmm, that was easier to find than I expected. Thanks to the GPS once again :-) Unfortunately sending my broken piece here did not help either. They were waiting for me to pay before sending it abroad for repair. I’ve explained several times my situation by email but nothing changed. Now they still need two months to send it to Taiwan, fix it and receive it back here. The worse is they don’t send it elsewhere than Thailand. Thank you VERY MUCH Garmin for being so helpful for your customers. That’s like the problem I had with my phone in Australia. Those companoes sell the same piece of electronic (multilingual) all around the world but if you have a problem in a country that is different from where you bought your piece, thing become very complicate. And if you are travelling, that’s even worse… Because in two months I will be in Laos I’ve asked :

That woman would be a robot I would not even be surprised. 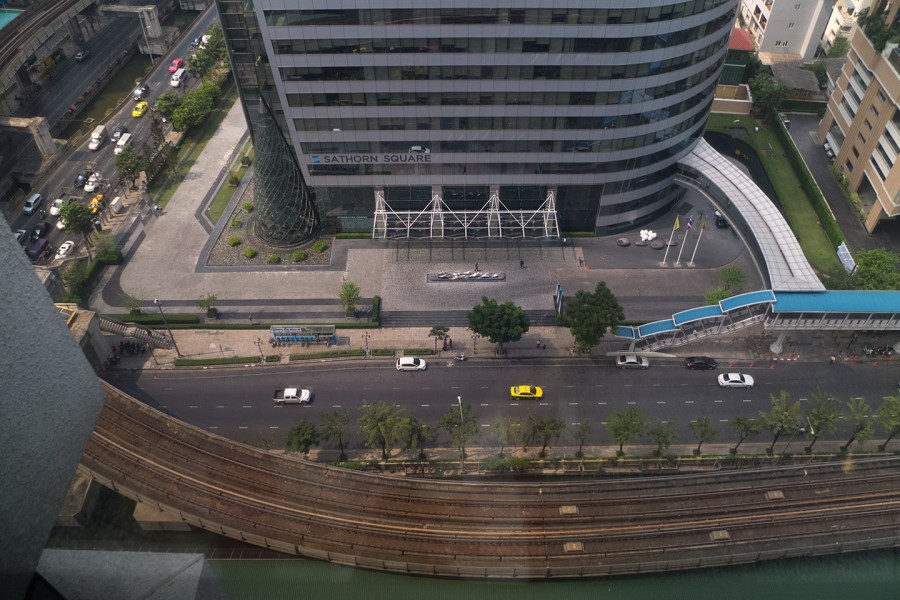 I’m in Bangkok for one of the reason that forced me to come here and the only thing I got is my broken GPS back… Wouhou! I’m staying here few more days so I must figure out another solution. I will! OK, let’s do something else… 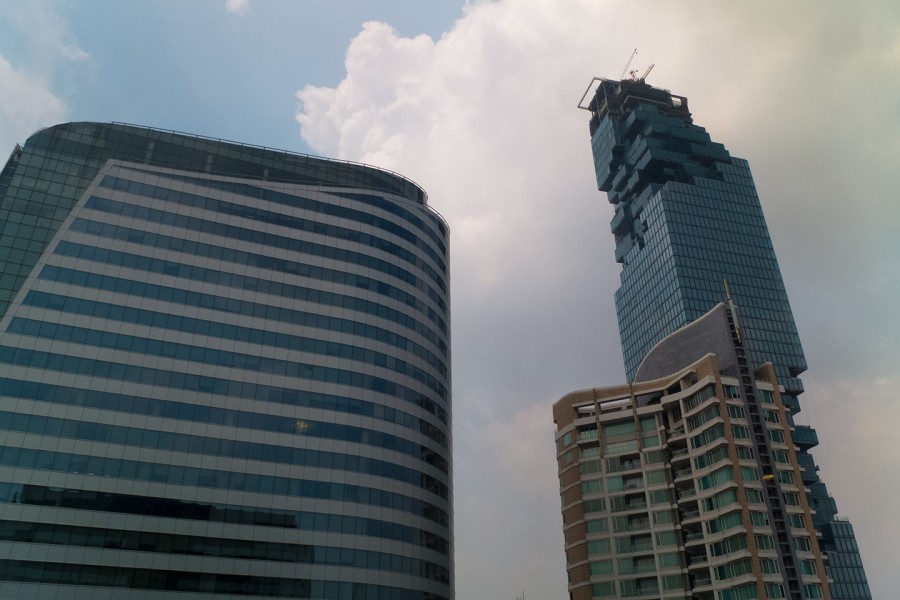 This building is scary! Looks like it has been eaten at some parts. Weird architects. 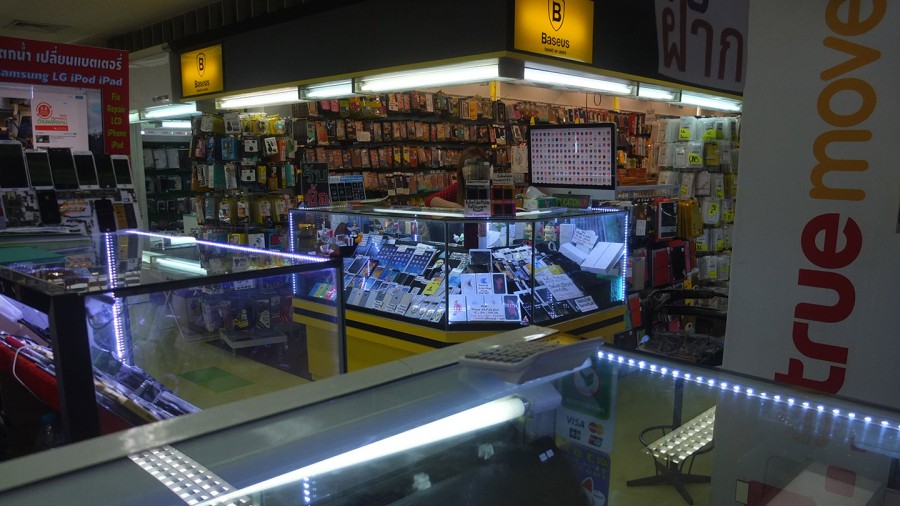 Finally, I’ve spent the rest of the afternoon in one of the famous shopping mall of Bangkok: The MBK. The flour I was looking for was the fifth one where all the camera shops are. Unfortunately the prices are far to be more interesting than internet prices. For the new camera I was looking for, the Fujifilm XT-1, here, it’s 600$ more expensive than internet! What?! With that, the warranty is not even international, Thailand only… That makes me thinking more than twice before cracking my wallet for a new camera. I think these places are not cheaper than anywhere else. In the past, maybe, that was really interesting to buy electronic here but not anymore. The tonnes of tourists who come here every year mist push the shop owners to pull up the prices to make even more money, I guess. I’m not sure I will be one of their client… See you tomorrow!