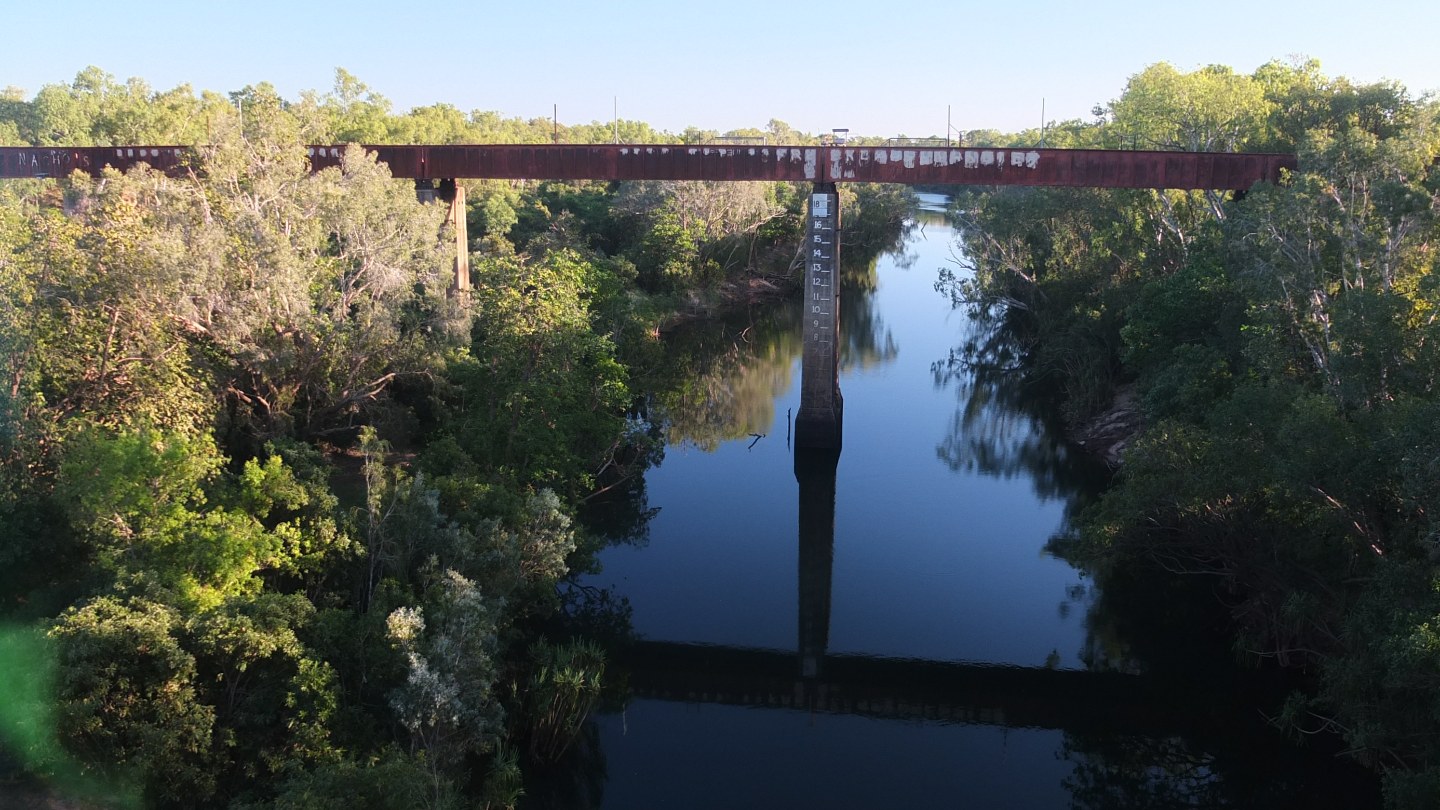 Barunga festival is finished and I’m half happy about it. At least I was camping for cheap for few days and see a little of the aboriginal culture. My next destination is Litchfield park where I will spend 4 days until Darwin. Let’s go! 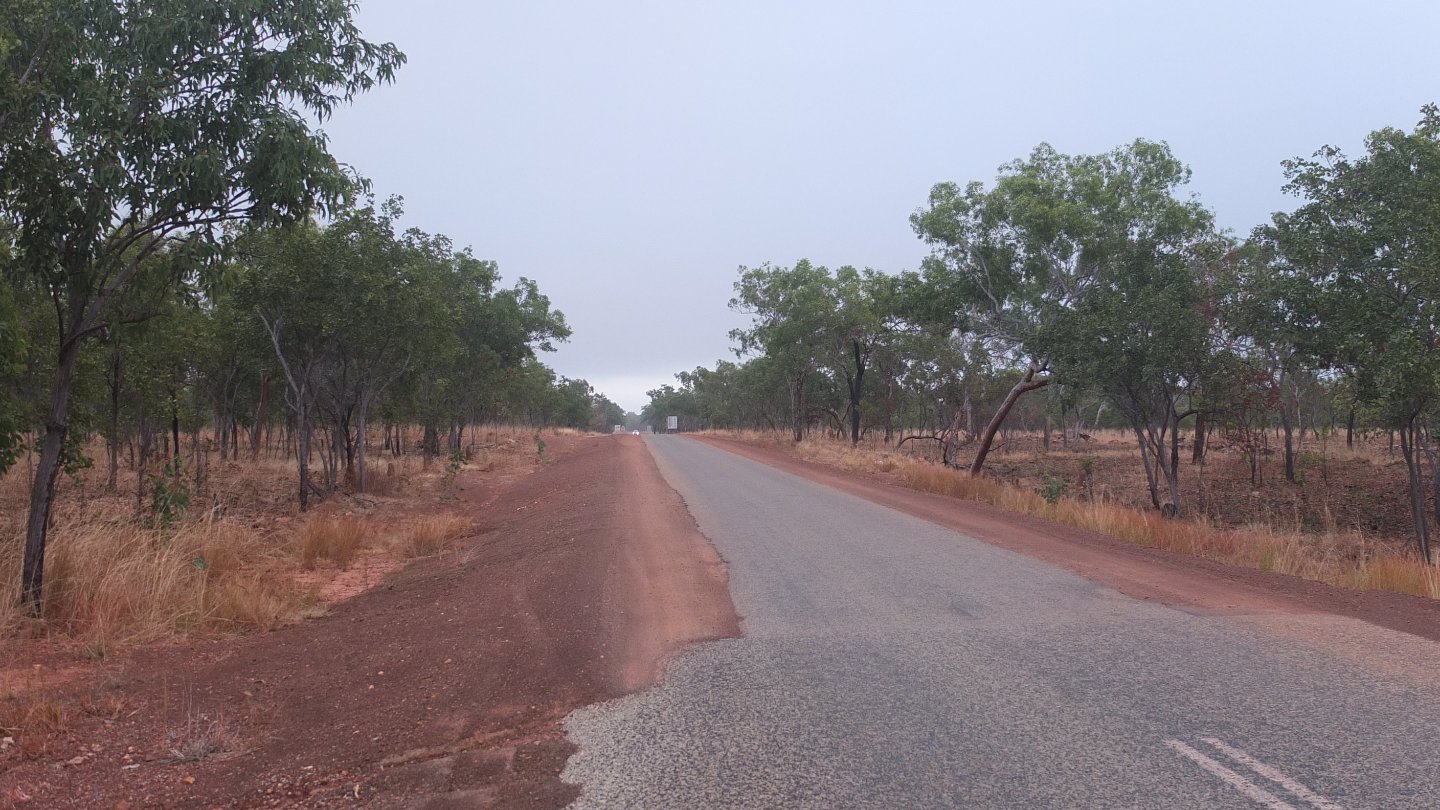 Here we are, 7am and out of Barunga. 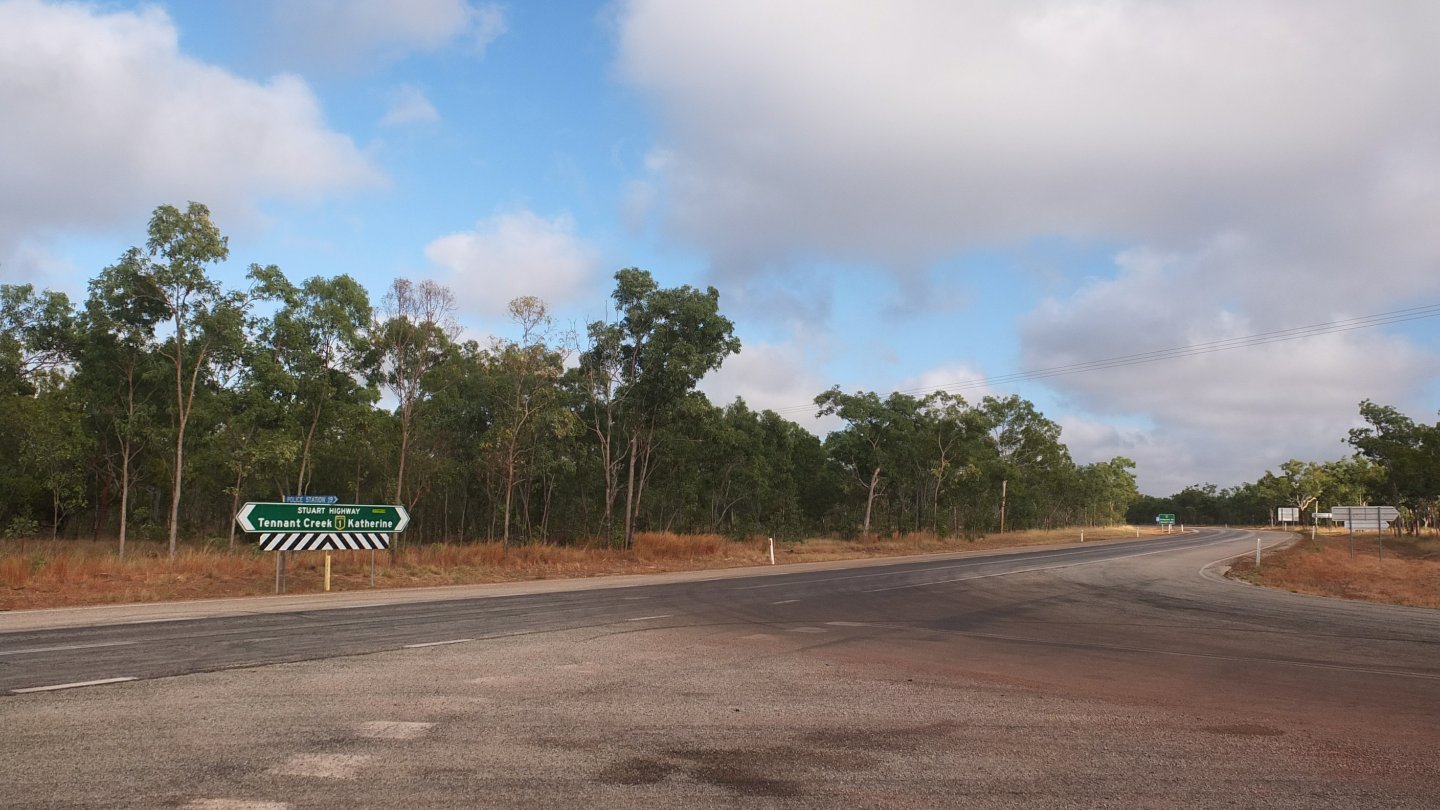 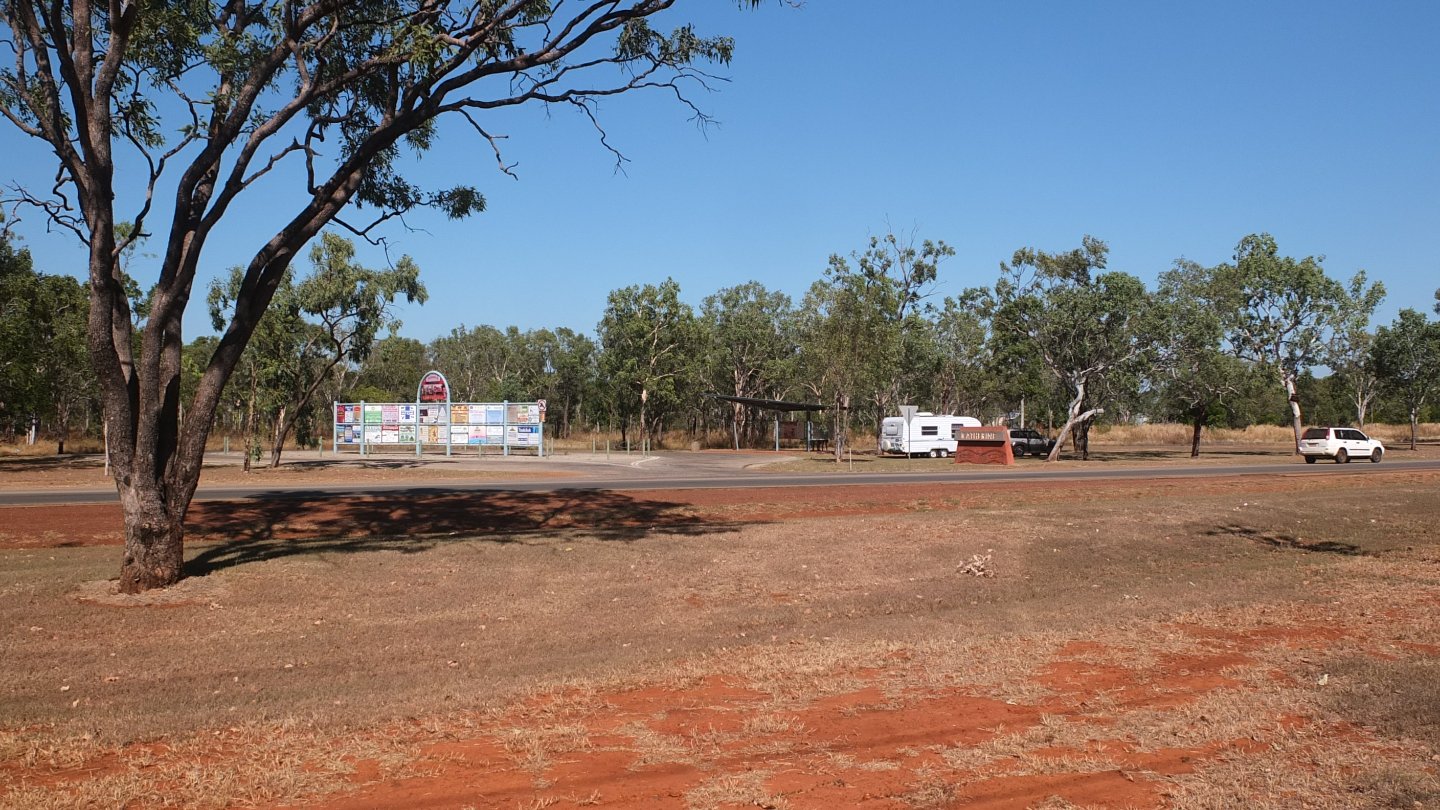 This is going fast today (at least on this blog) I’m nearly in Katherine! 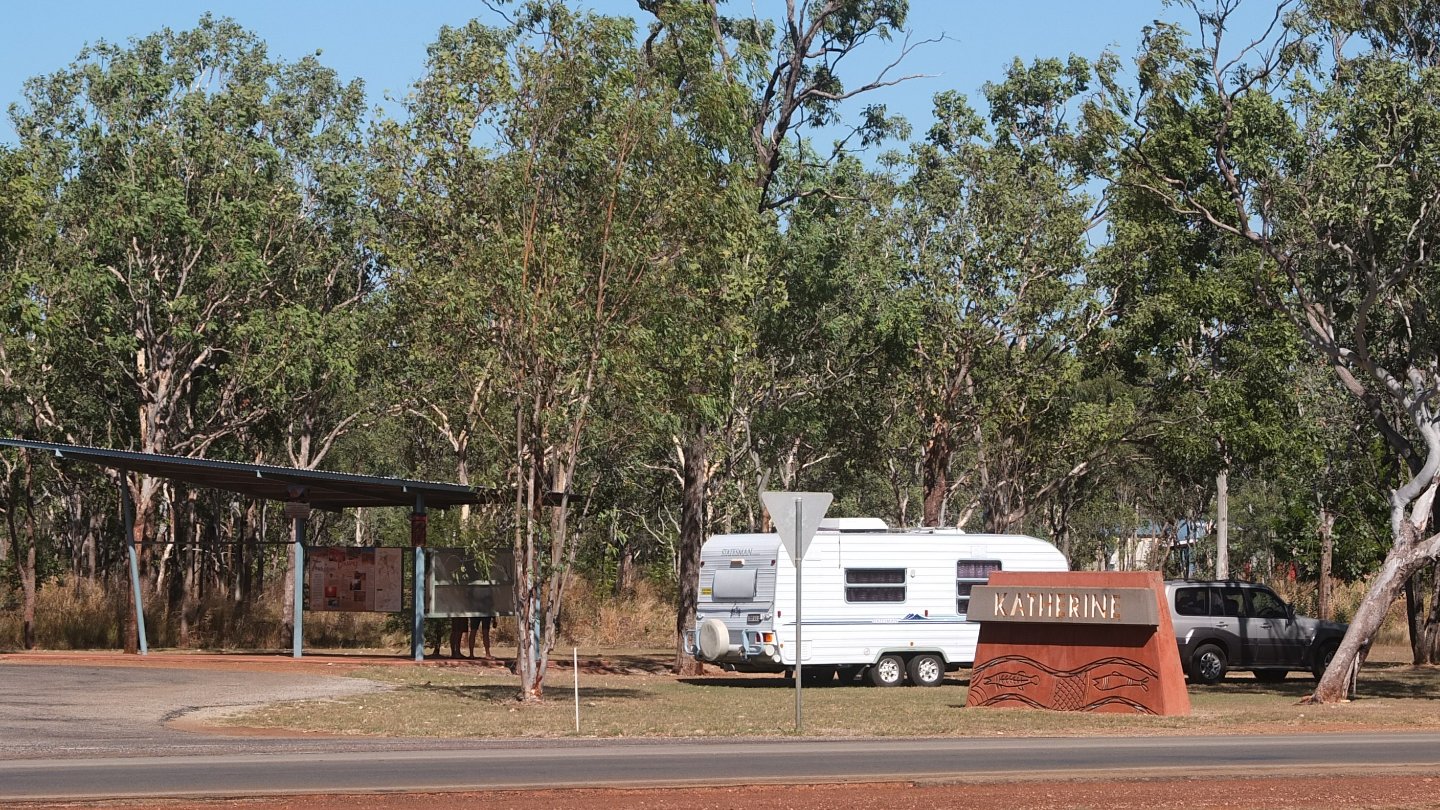 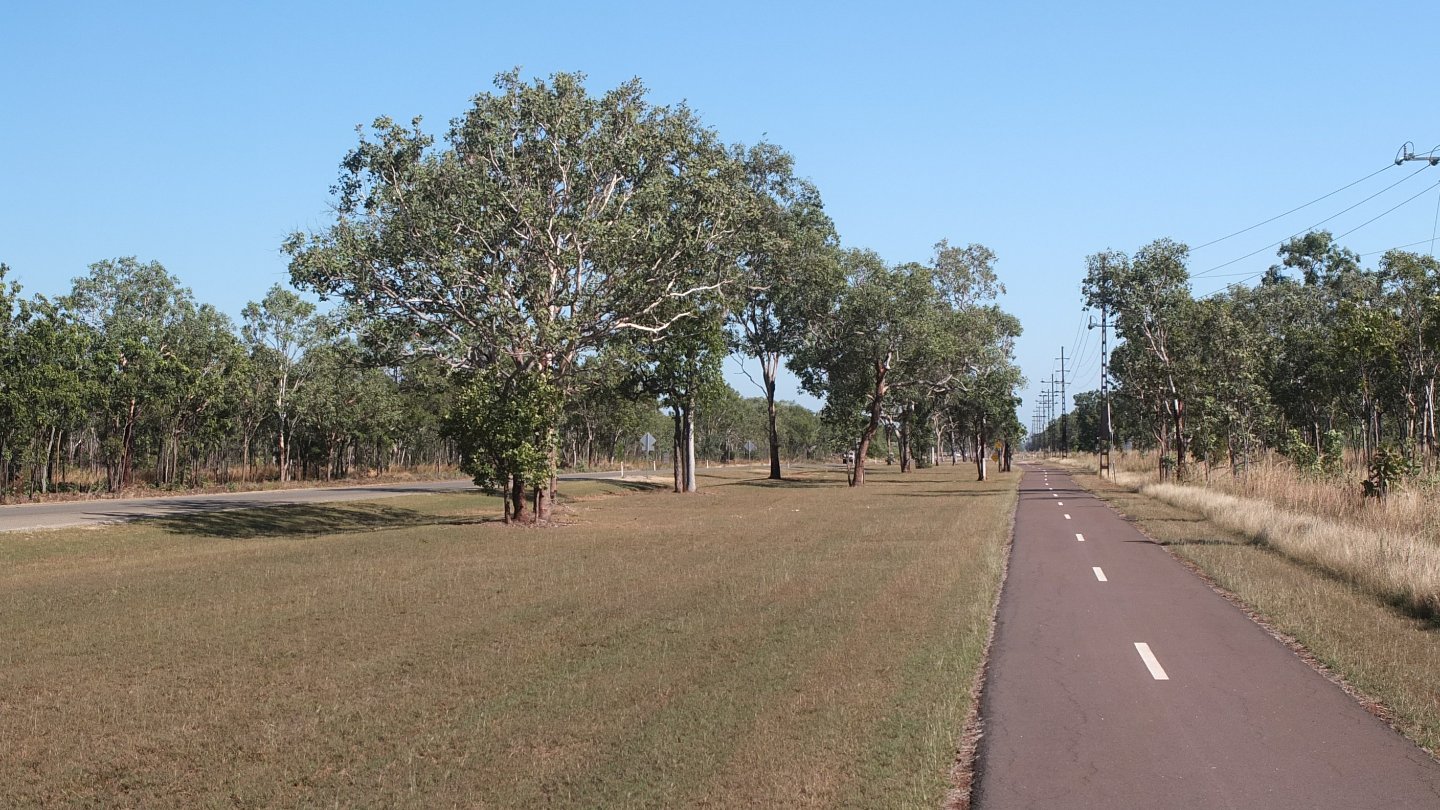 And I’ve got a cycle way just for me. 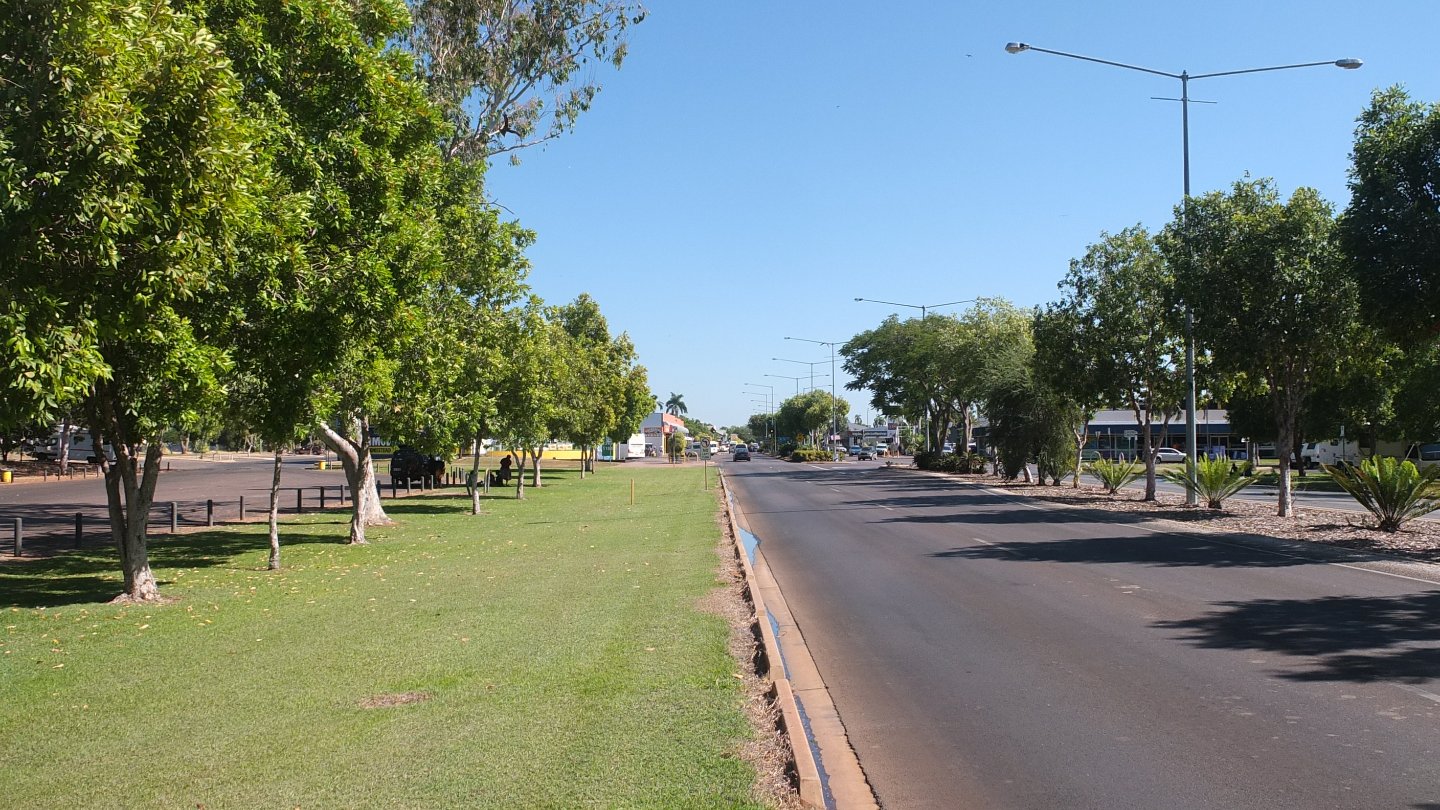 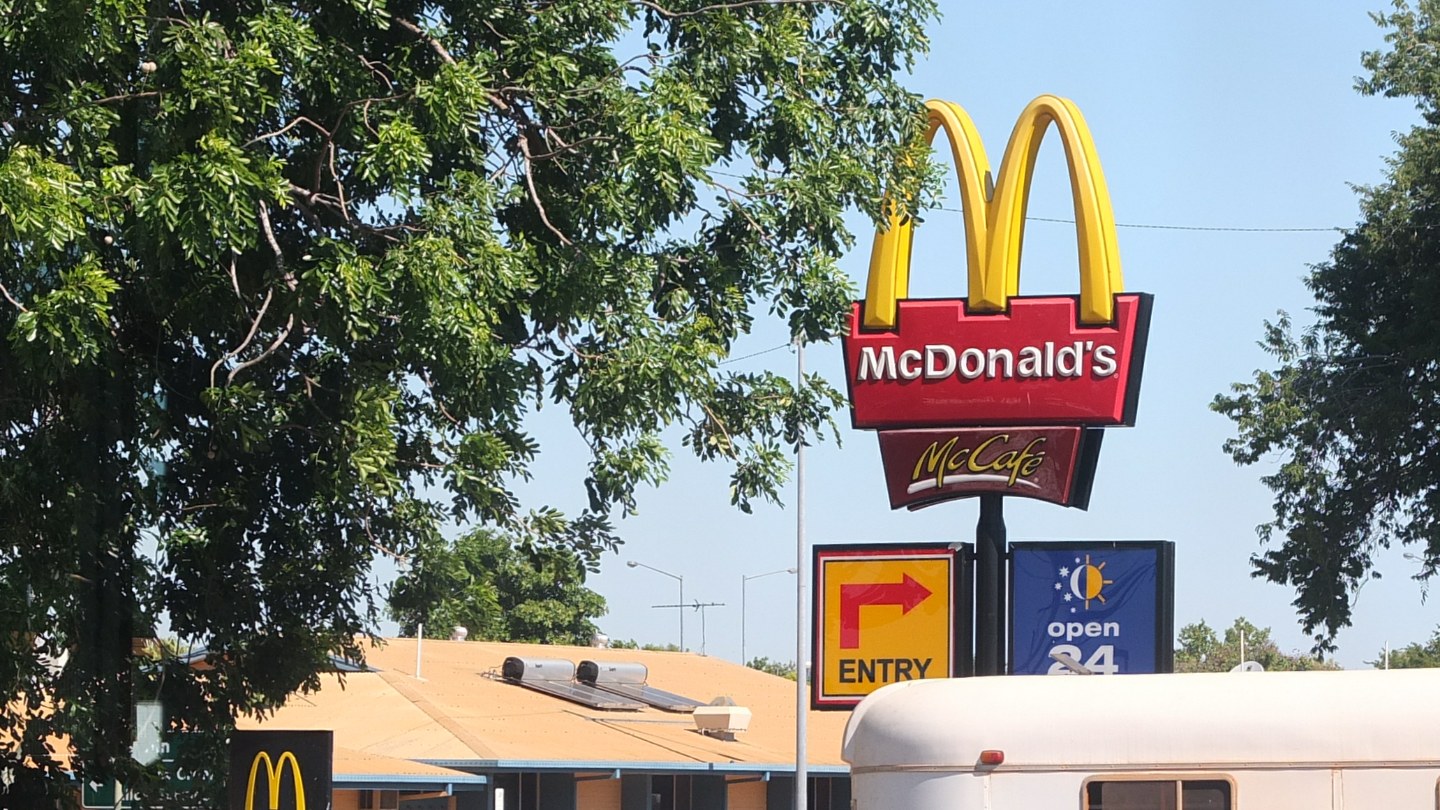 That green that I almost missed the MacDonald’s! It’s such a long time :-) The last one was in Alice Springs I think.

I met the same couple that I met at Barunga. They were my neighbor. Rose is a violinist and Peter is a bassist. Last time at Barunga campsite they played one and it was very nice. Today when I met them again I told them that I expected to have a Mac morning because it’s just 11am but the fast food is so busy I think I won’t be on time. Rose told me that she would ask them to make me a breakfast because of what I’m doing haha :-) 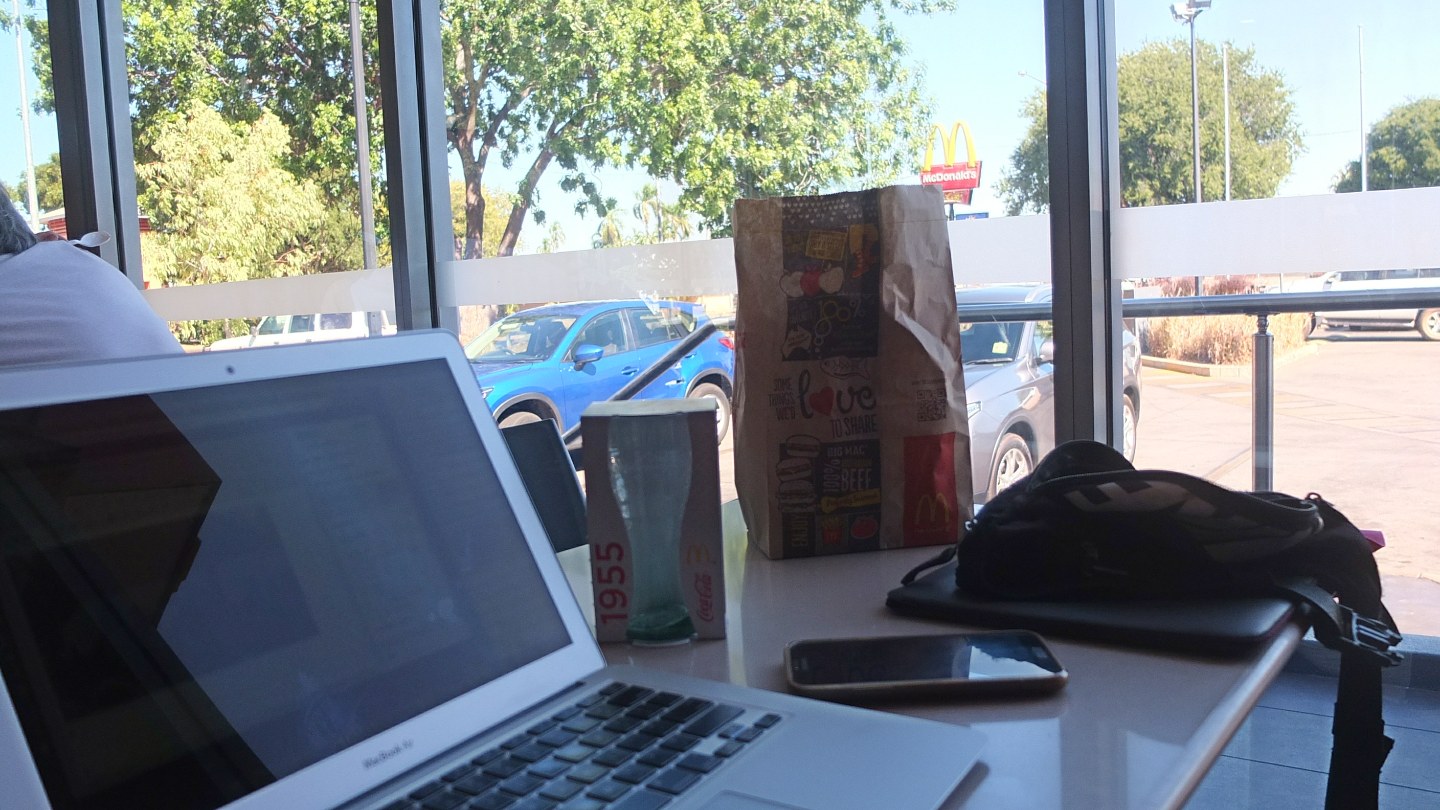 This is THE place to work on my blog except that the WiFi is crap so I’m using my own data. It defeat the purpose then. 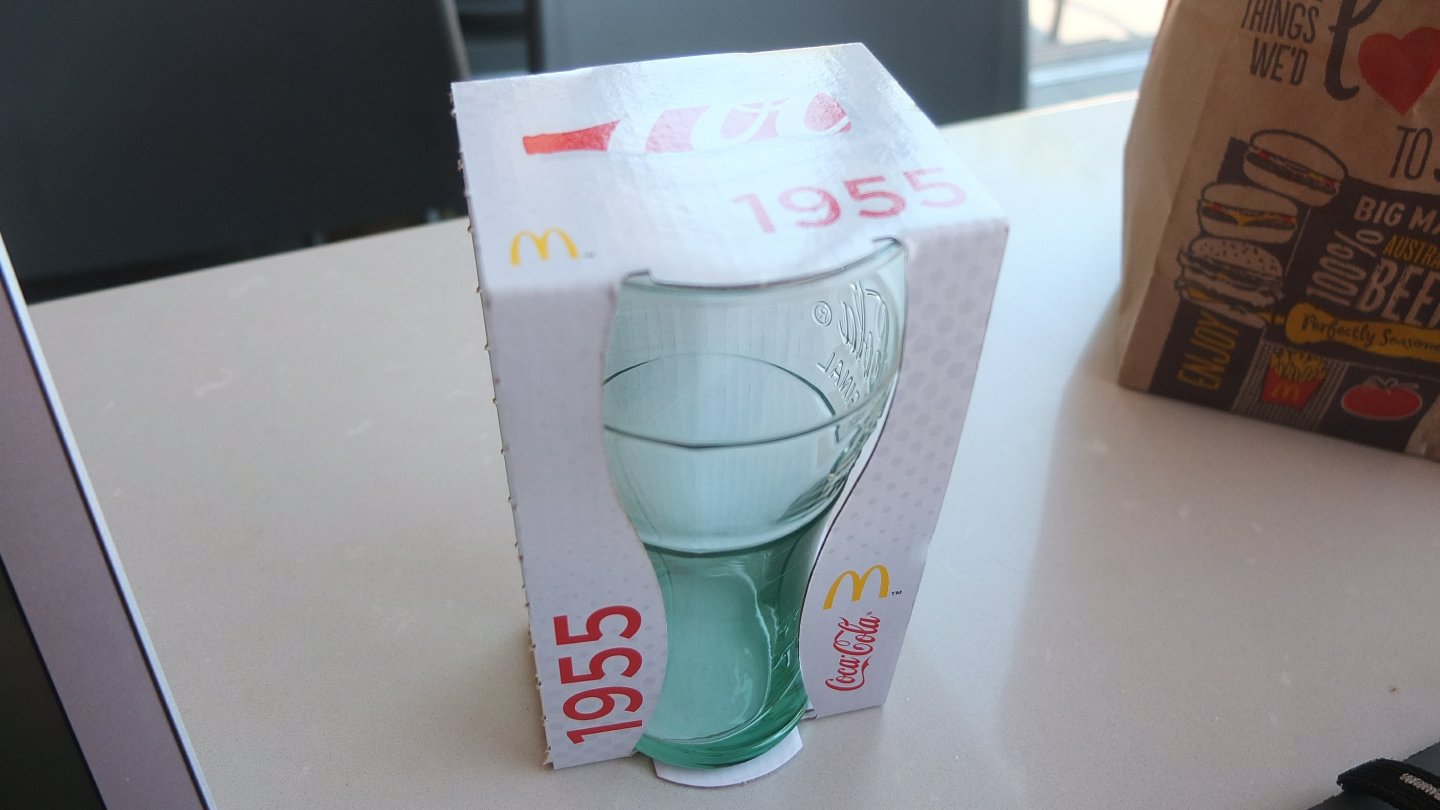 Because I’ve chose a large meal (I always do) I got a Coca-cola glass… Very useful in my case. 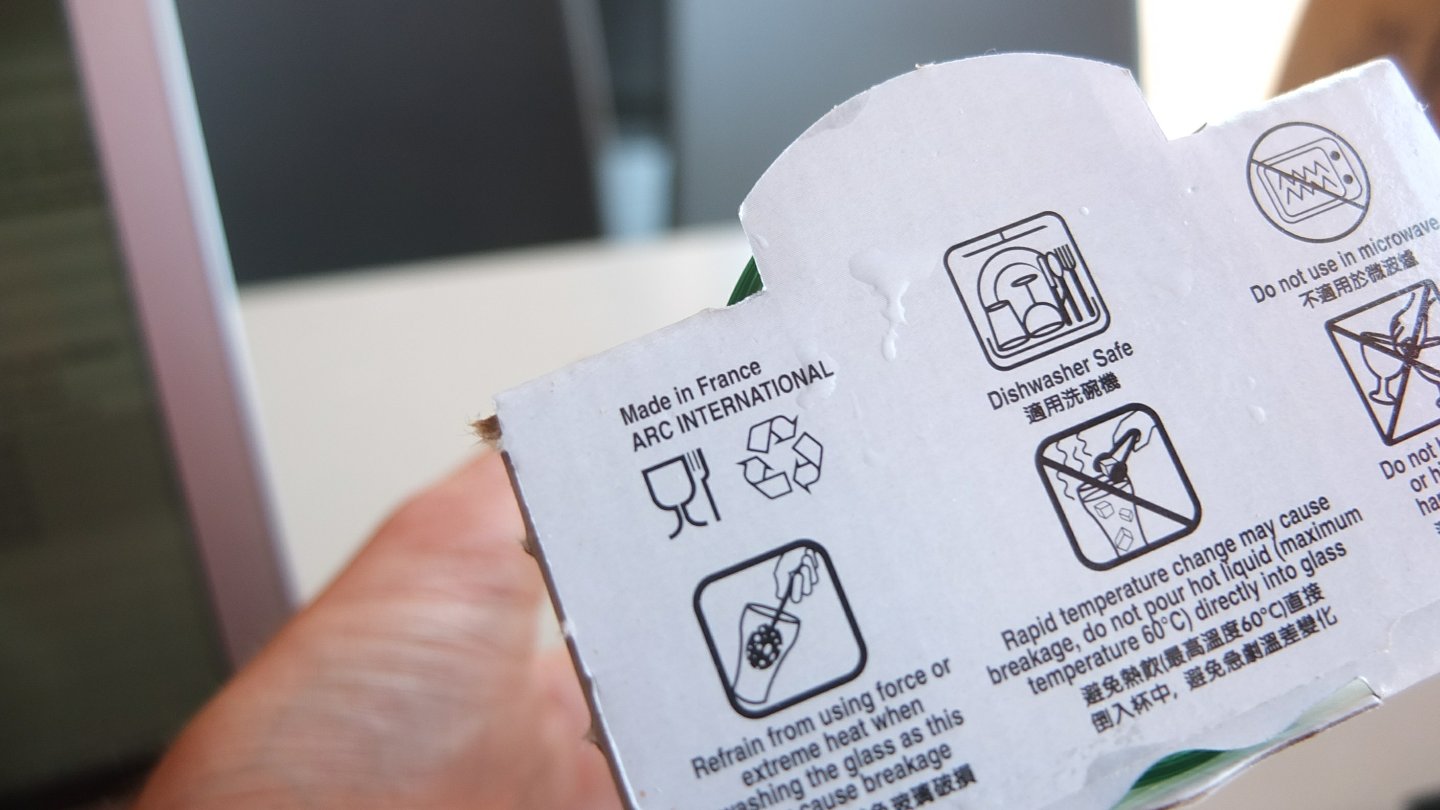 The surprising thing is, it’s made in France! 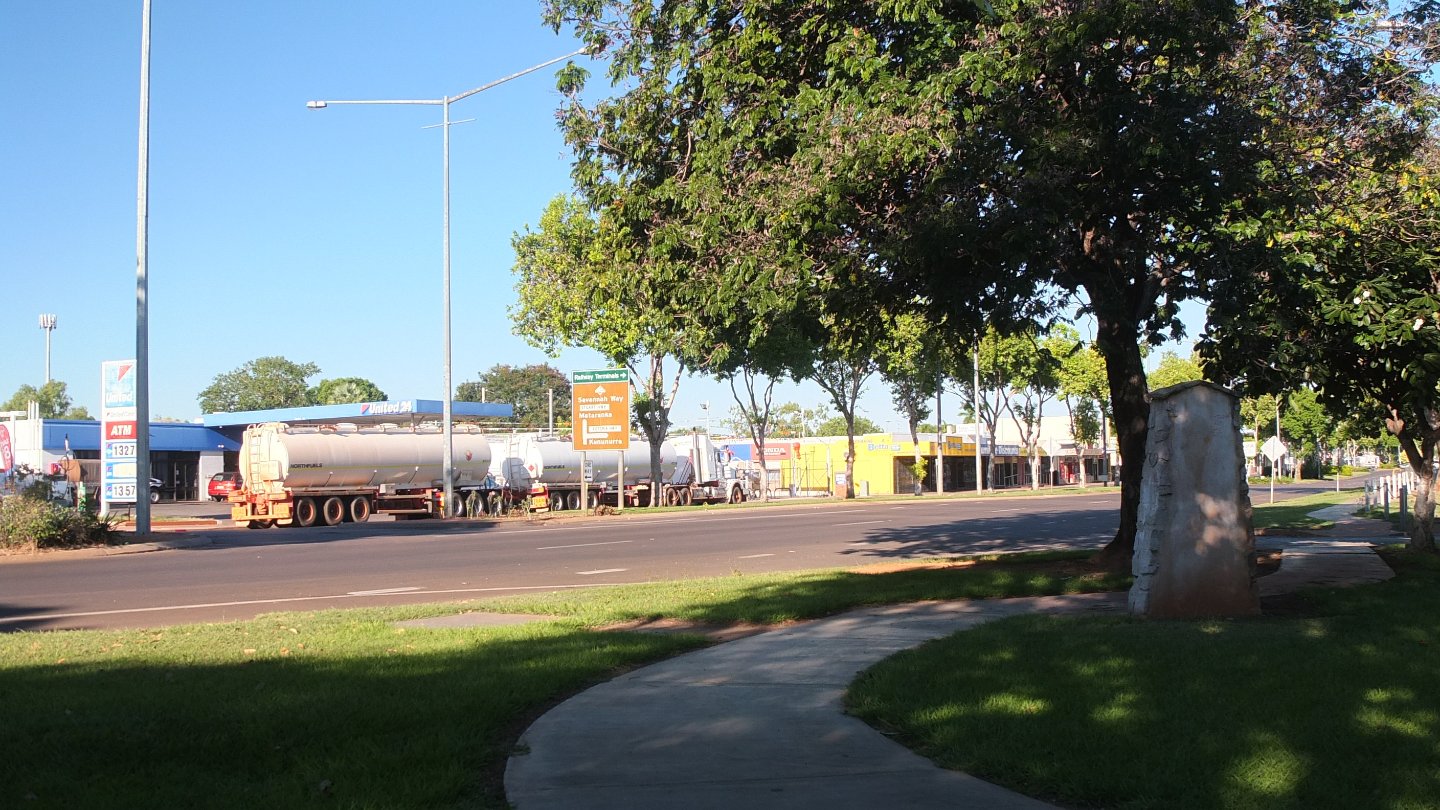 My laptop is empty and the library is closed on Monday… Am I lucky or what. Last time in Mataranka I arrived on Sunday and the library was closed. And I knew it was the case on Wednesday too. So I managed to come back from the Elsey National park on Thursday and exceptionally it was closed! I’m never lucky with those bloody library… 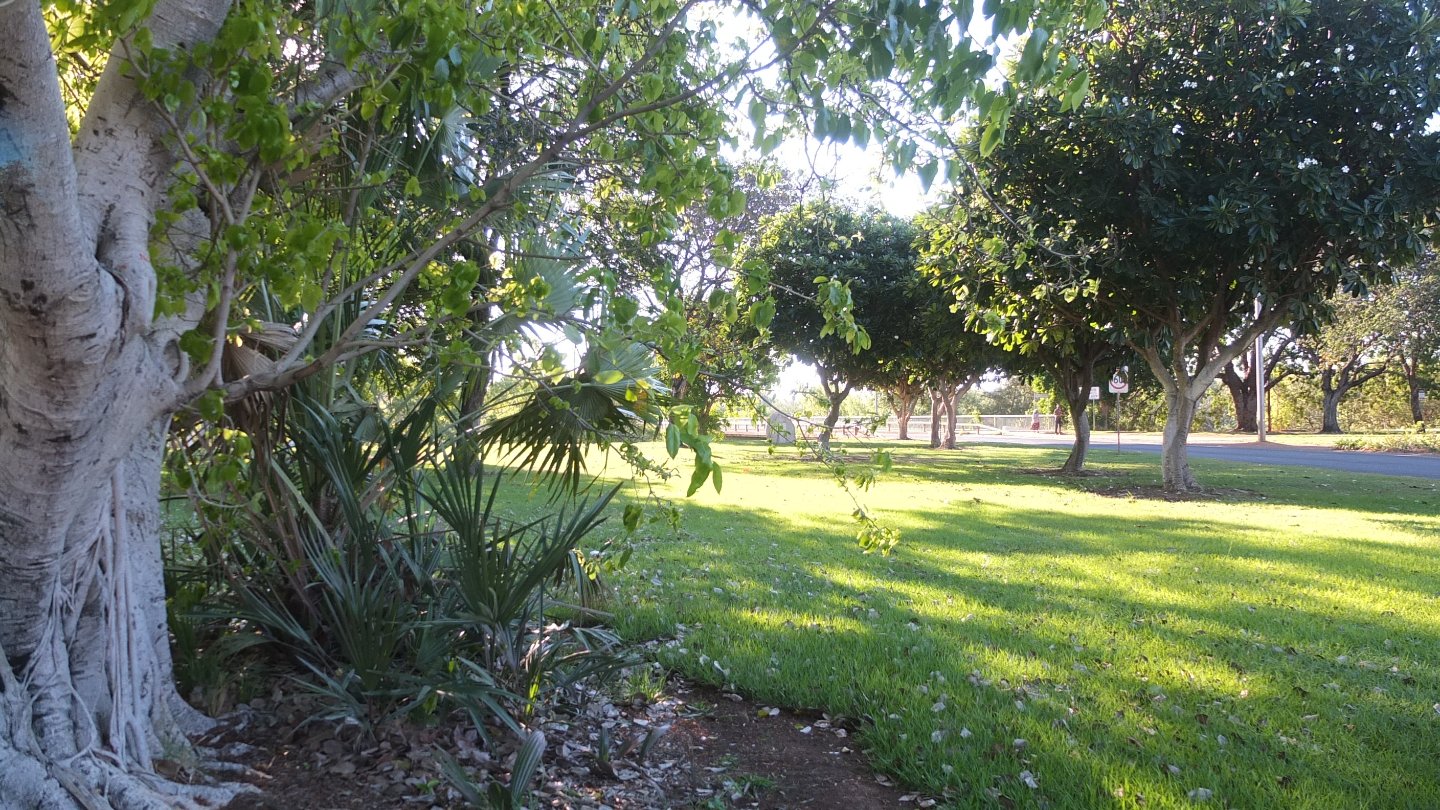 Katherine is green, maybe nice but in Monday everyshop seem to be close. Fortunately Woolies was open so I could fill my bag with food. I thought about staying around for the night but there is too much drunk aboriginals here. I think I will continue cycling a bit more. 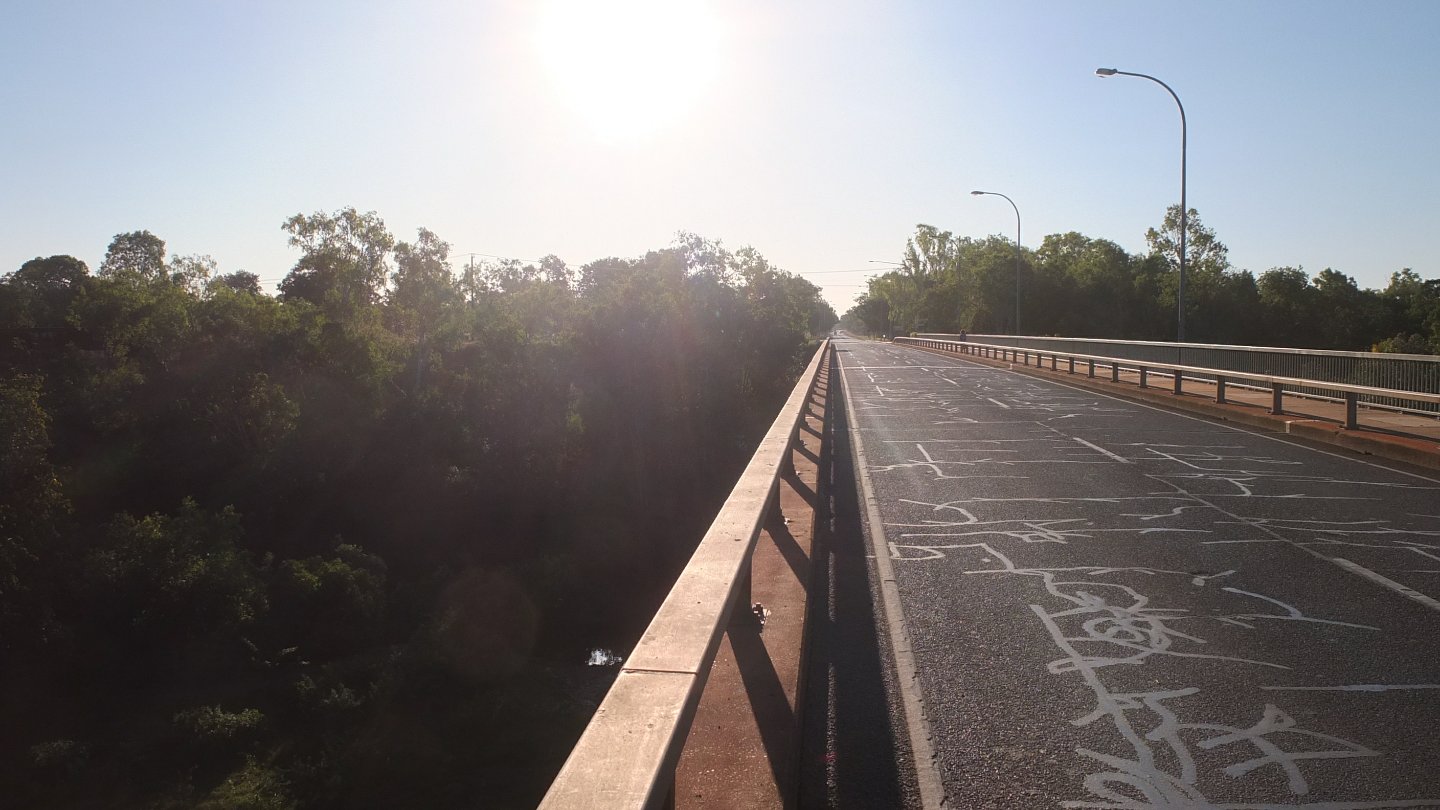 ok, this is decided, I’m on the road again. 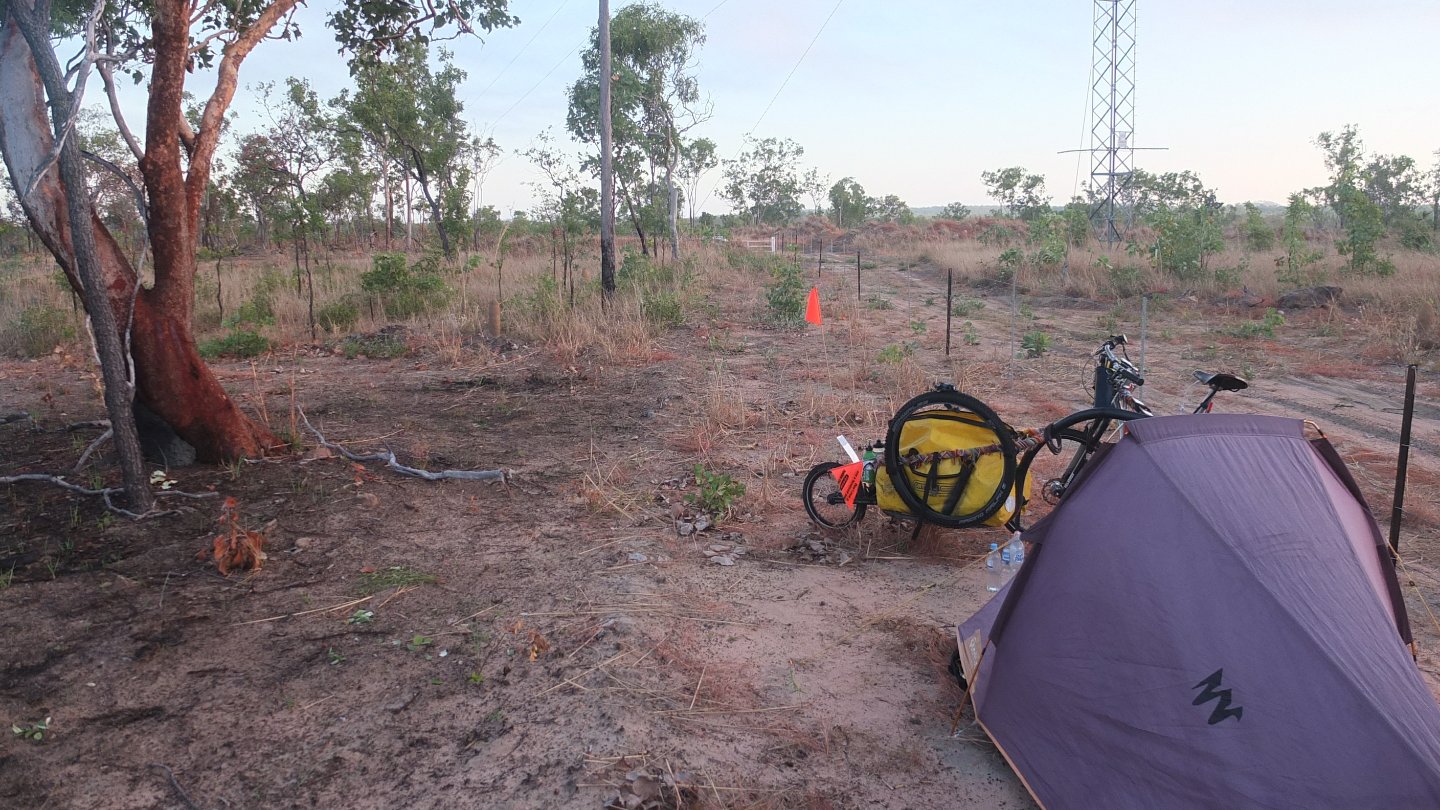 About 30km later, before it got too dark I found a spot slightly away from the road. Tomorrow I will have only 40km to go to Edith falls where I will stay 2 nights. Good!