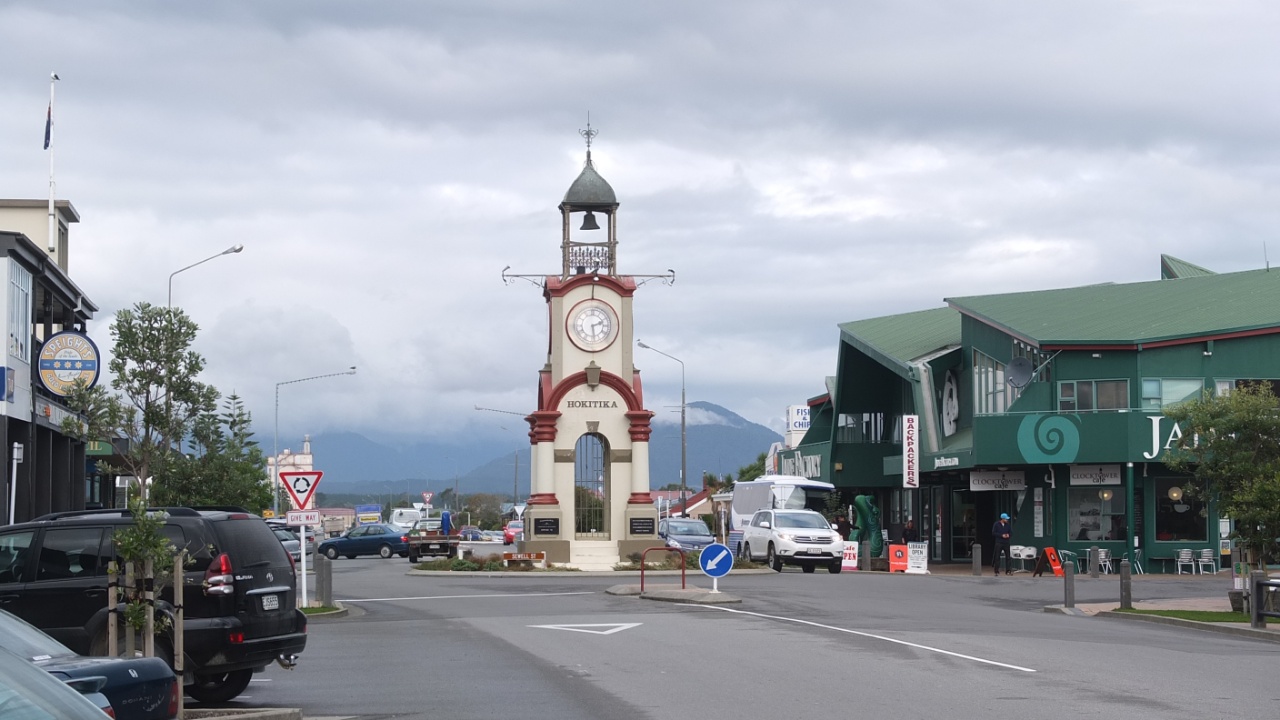 This morning I woke up without alarm. I took my time but it was still early the morning. I hesitated between staying or leaving but finally I’m on my bike. I have to get a letter from the posts office. The dentist from Invercargill sent me the paper I need for my insurance. I would like to reach Greymouth today and spend part of the day tomorrow in the city. I will go to the library as well. 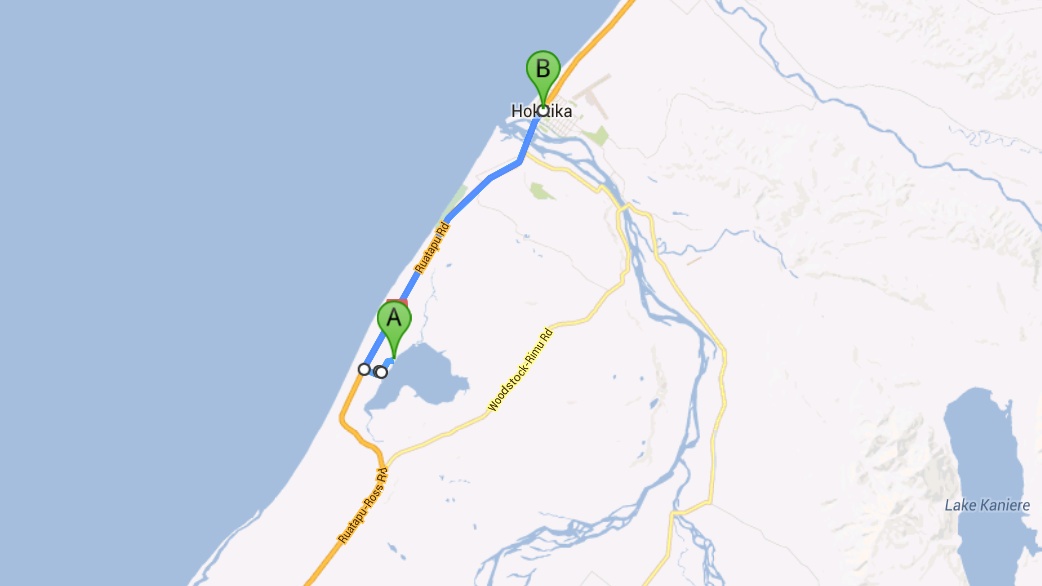 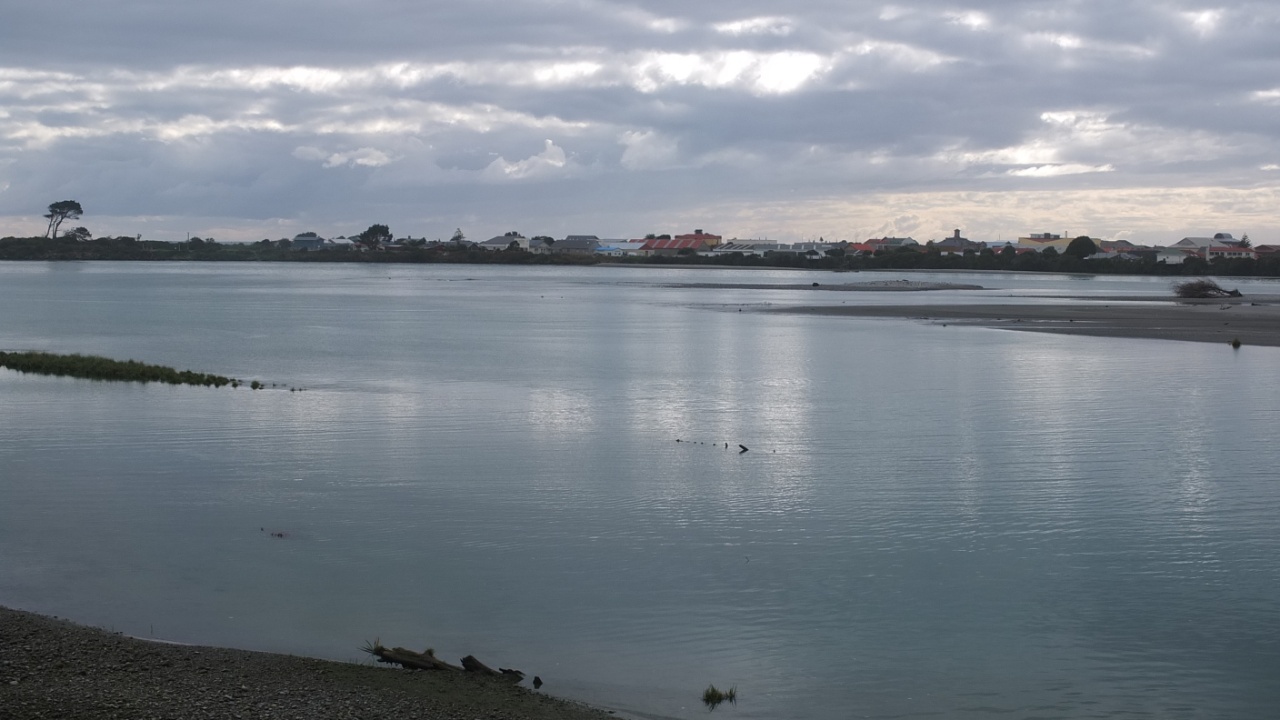 This city is bigger than I expected. 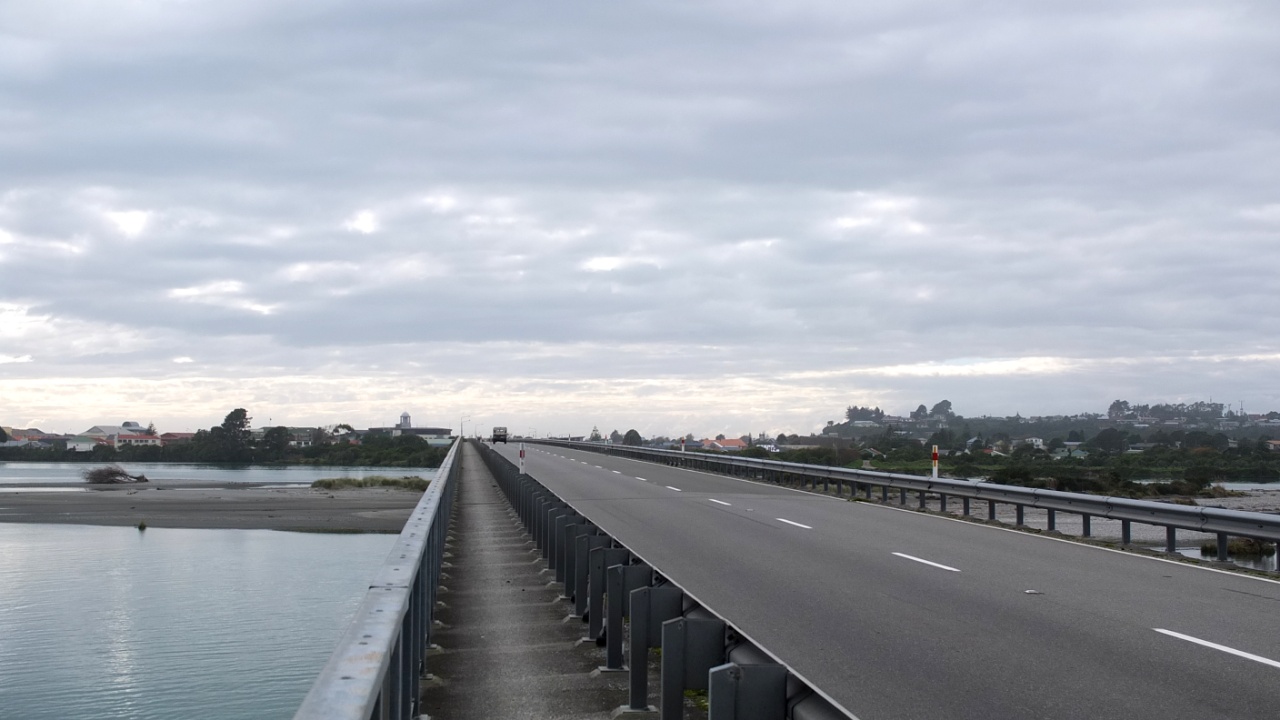 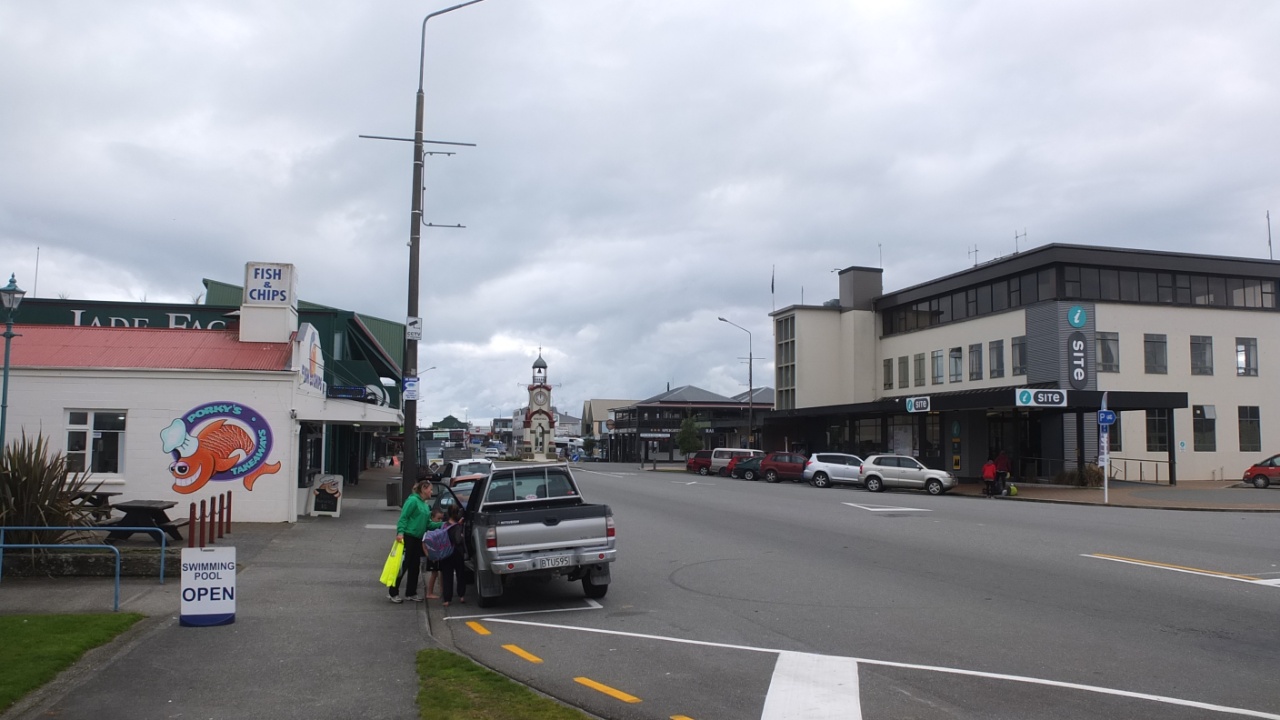 I can see so many Jade shops sellers here. That’s, I think, the same stone I found in the campsite of Welcome flat hut.

I’ve been in a cycle shop to buy a new flag (the third one now) and some oil for my chain. The bicycle shop owner made me realised that I will have to spend 600$ tomorrow… I have to change the drive train ( chainrings + cassette + chain). I wanted to do it later, in Auckland, but I want to ride somewhere where I should have a bike well prepared. Explication: The south island is complicated. On the south west, there is the Fiord lands and on the North west there is a huge national park. So, it’s impossible to turn all AROUND the island. For the Fiord lands there is no solution, OK. But regards the part where I’m heading there is one! There is a track called the “Heaphy Track” passing through the national park. Since 2011 they opened the track to cyclists. They are doing a 3 years test and cyclists can ride it from May to September. At the beginning I thought it was only on September but no! I’m lucky. If I take it, I could have the time to visit the North west part of South island. Without that solution, I should go to Nelson (approximately the North center of the island. Then visit the area and come back to Nelson by the same road. It’s like visiting Doubtful sounds, it’s a dead end.
This track is not easy, quite hilly, steep and that’s why I’ve decided to change my drive train now. I don’t want to break my chain in the middle of nowhere and push my bike for 30km through the bush… At the beginning, I just expected to buy a flag… 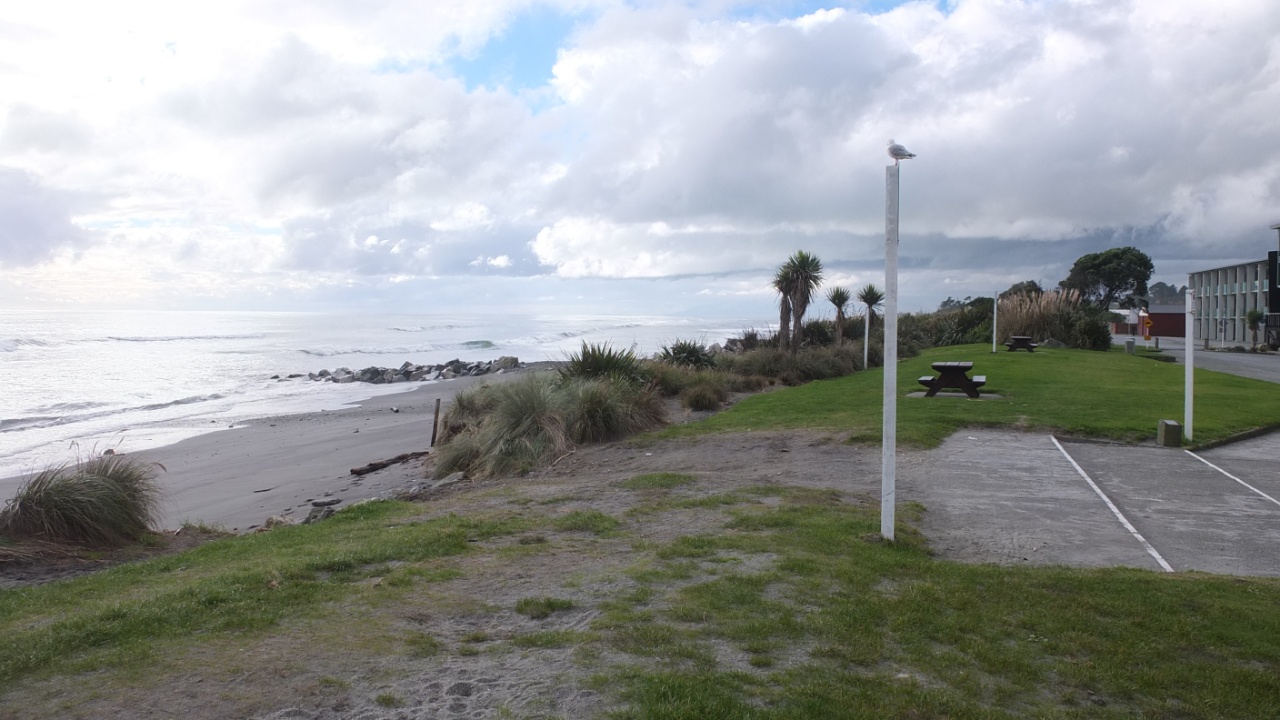 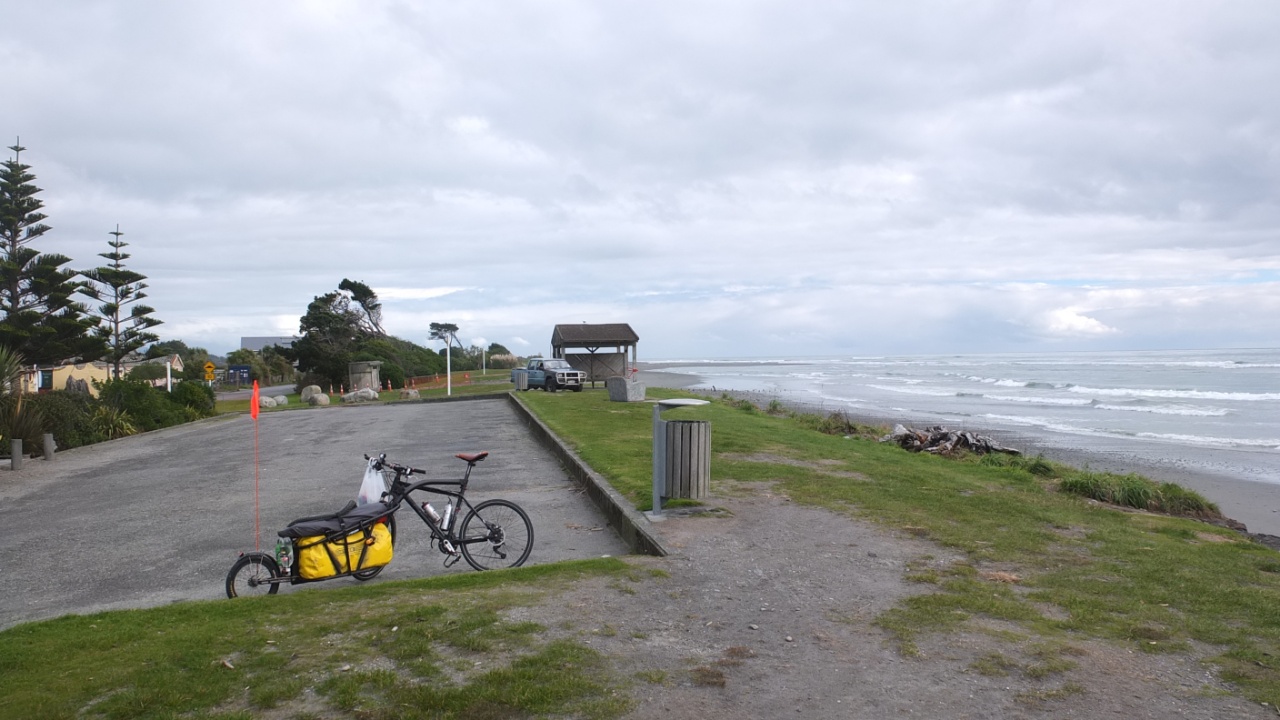 Front of the Tasman sea :-) My new flag is up :-) It’s like the first one I’ve received with the trailer : totally orange.

I know what I could do now, find the library! I won’t have to do that in Greymouth, just get my mail. 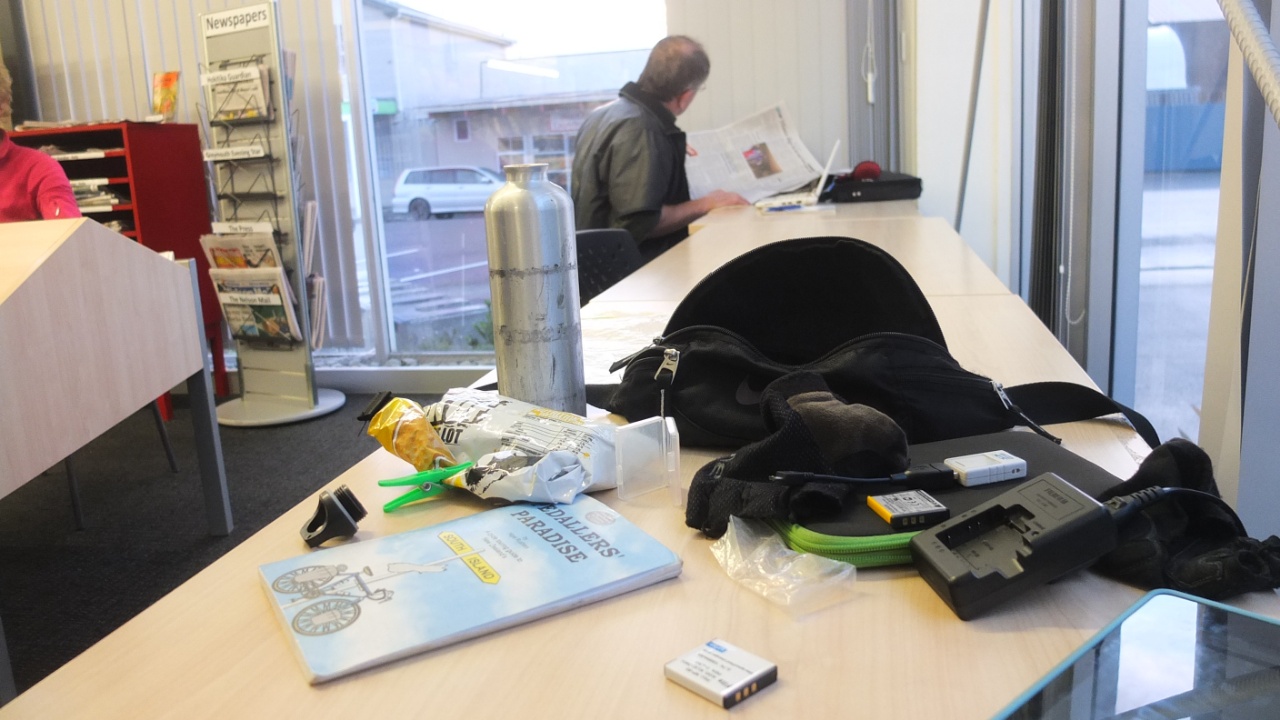 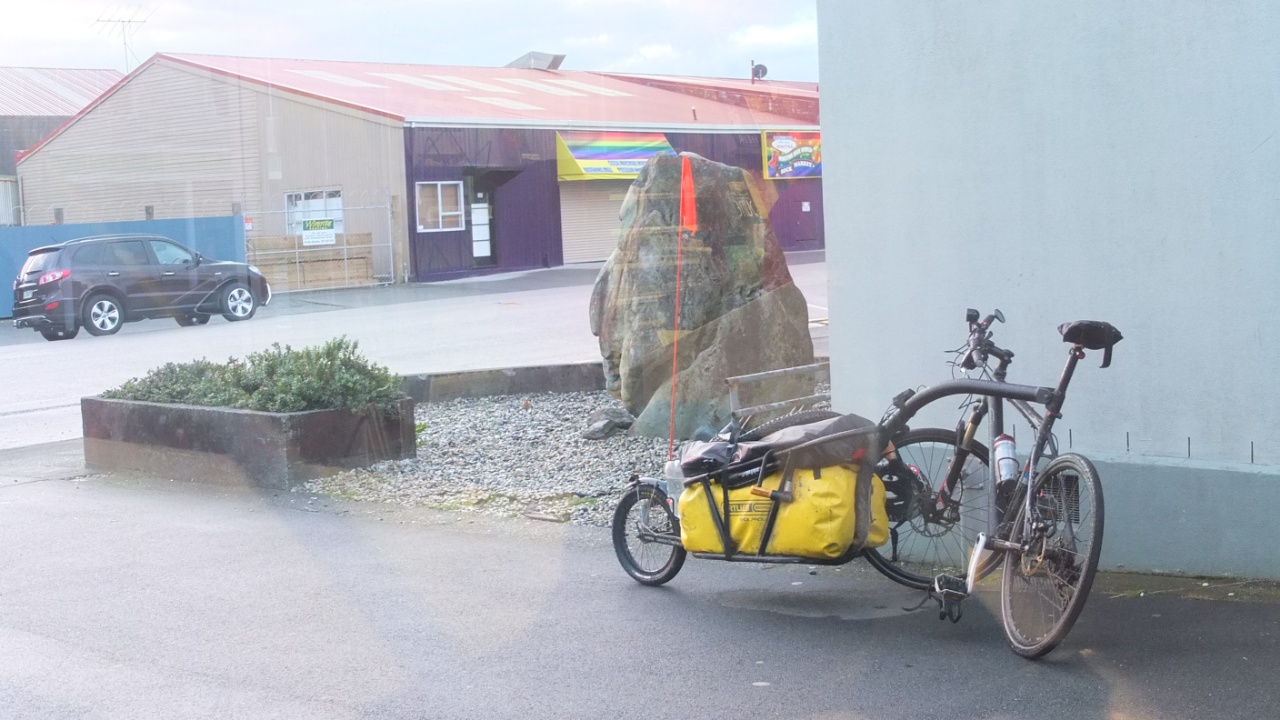 And I’m seating front of my bike with it’s wonderful new flag :-) At 6pm, it will be dark and perfect time to reach the spot I found this afternoon ;-) see ya!