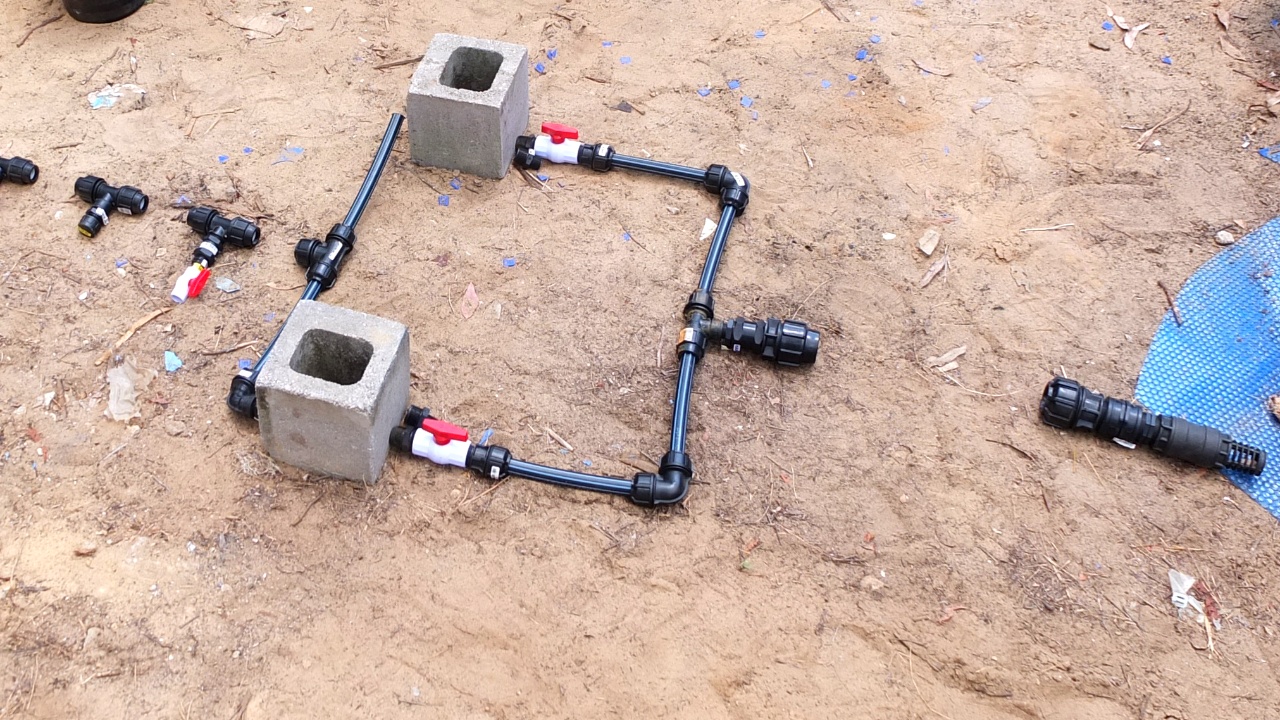 Since this morning we try to find the best solution but it’s not done yet. We are definitively approaching the ultimate solution. This time it’s serious stuff. There is two electric pump next the dam (the “lake”) or the ocean as says Jamie, and we are gonna use both of them to create a beast, a master of power! It took us quite a while to find the connection we needed but now the plan looks clear (at least for haha). Jamie if you don’t understand my French accent, I invite you to come back to this page and read carefully what following ;-) You can even use Google translate from “english with French accent” to “proper english” haha ;-)  So, let’s explain…

The blue piece of plastic is the water (logic :-) Then we have a foot valve that our neighbour lent us. Then the gap lets the place for the green pump which is gonna push the water towards the two blue pump (here the bricks). Finally the ‘T’ connection collect the power and normally, if we are right, the water should be largely strong enough to go up to the Eiffel Tower (or not) We gonna fix some more ‘T’ junctions along the pipe to verify how far/high the water is going. Easy! let’s go! 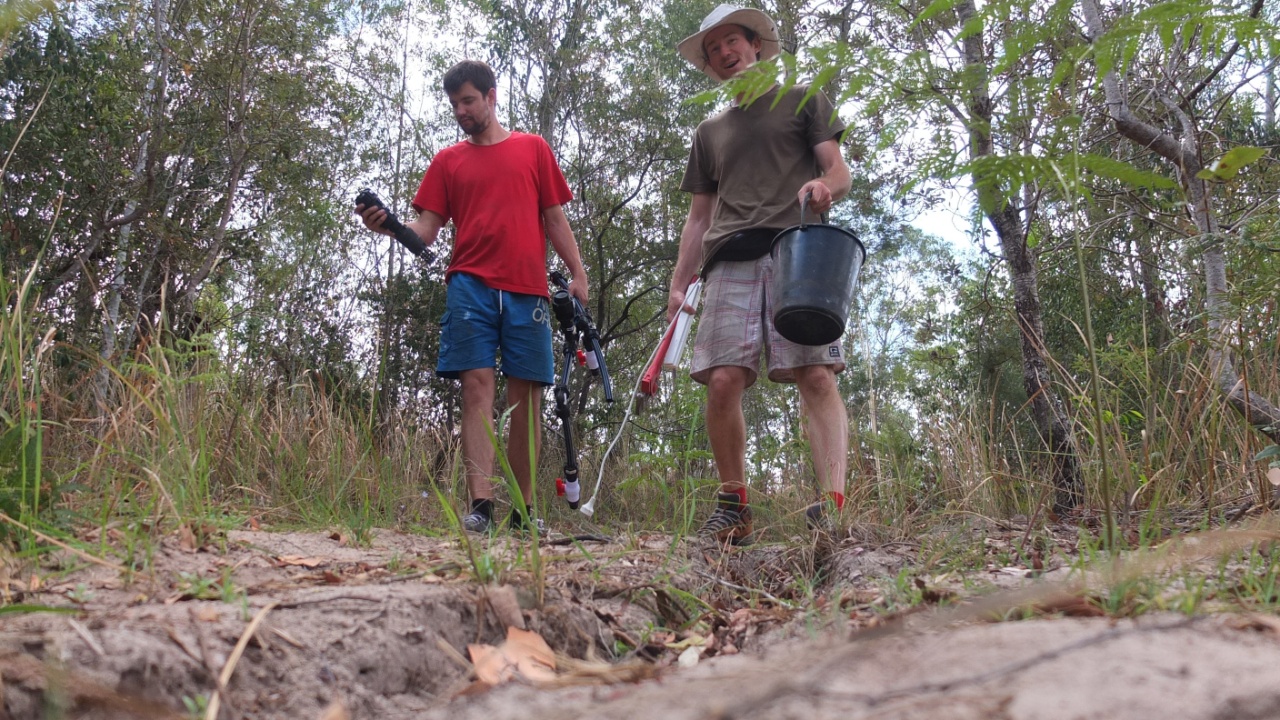 The team (Yes Vilma abandonned us for a long weekend out in Brisbane :-) 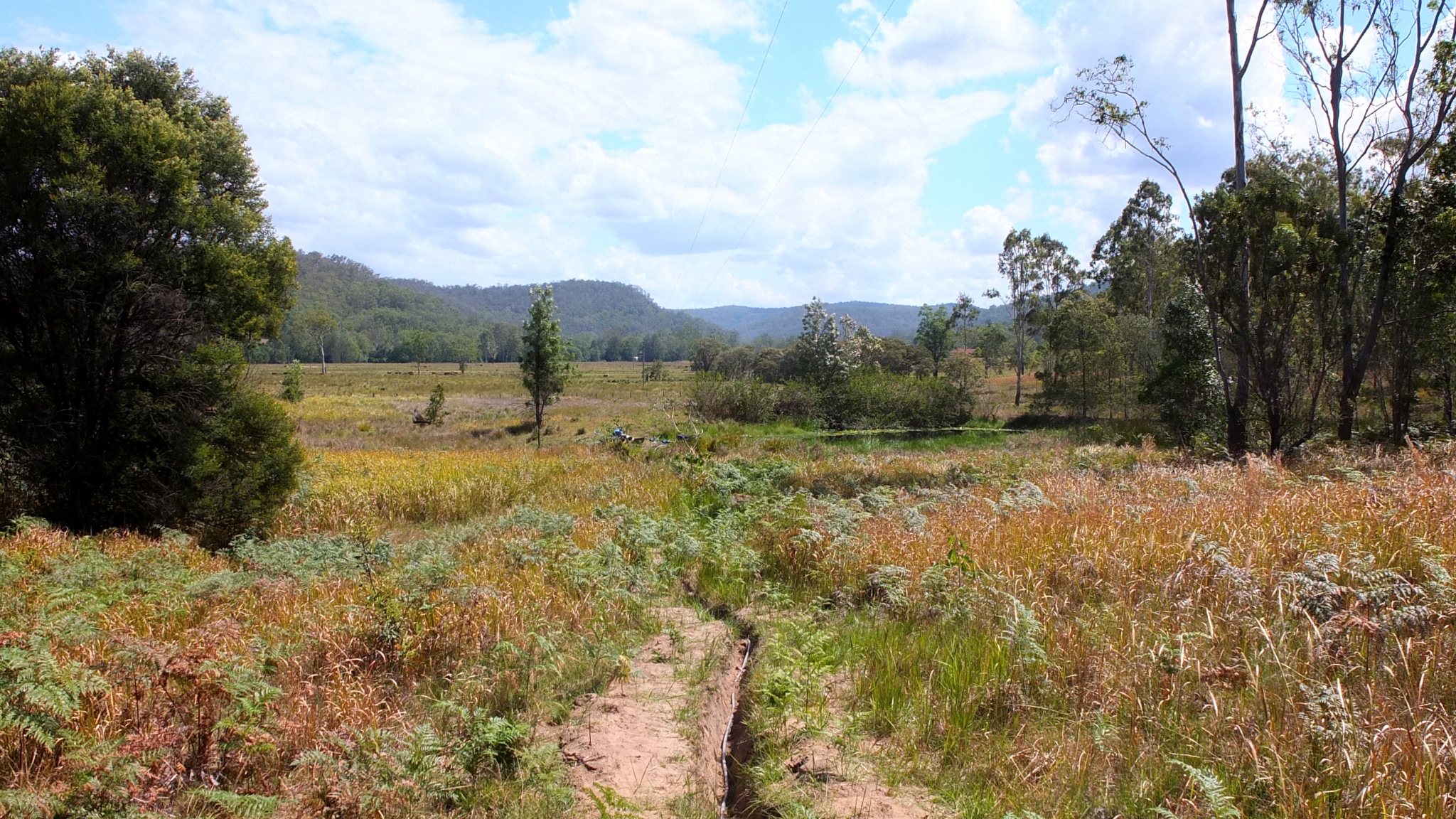 This is a beautiful day and a hot afternoon. 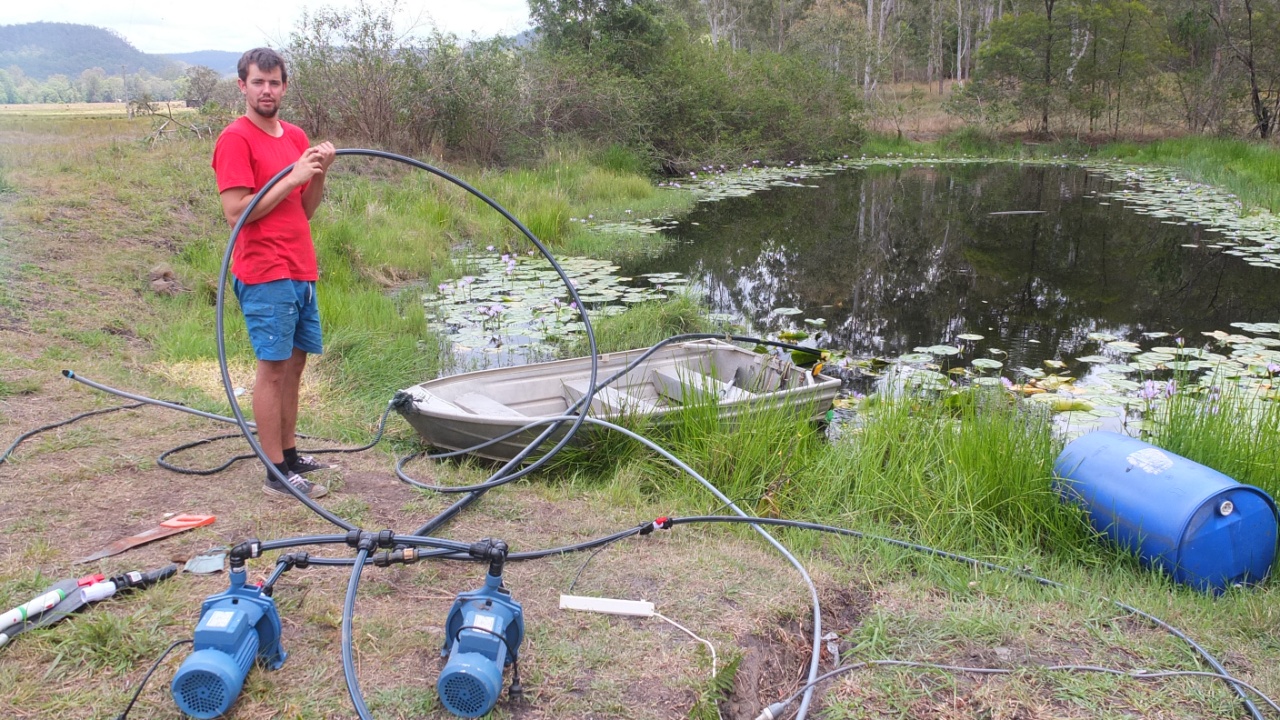 This is the place where everything happens. We plugged all the stuff and we are gonna test our new system Pump ready, valve ok, blue engine on starting block. 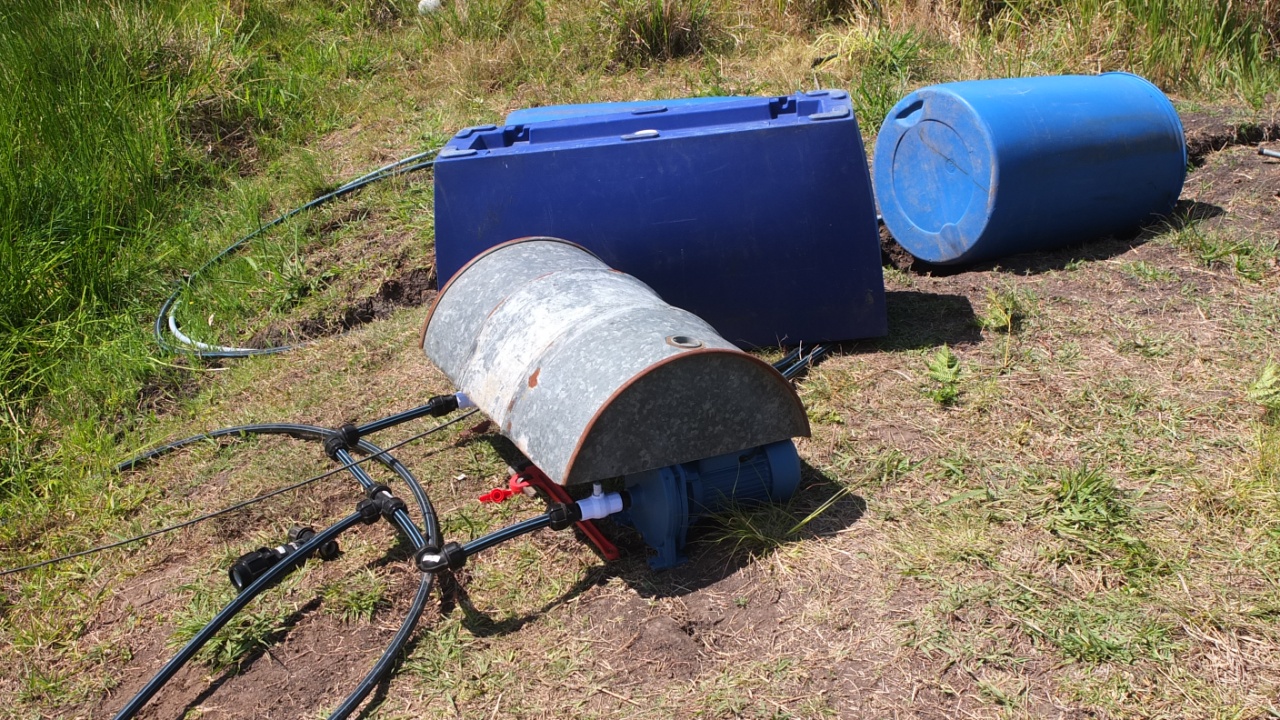 Bam! something went wrong again… rah! Apparently the blue engines need more electric power because when we turned on the electricity they stopped. And maybe the green pump is not fast enough for two of them. We need to find another solution, again…

It looks like we blow up a multi power plug… oups… We came back to the house, again, and took a new one. Then we came down, again, and connect only one blue engine. This time it worked! Cool!

We came up hill to the house and looked at the water coming out of the pipe and inside the water tank. We were really proud of us until the fateful time (moment fatidique) arrived : the water stopped, again… What?! hmmm ok, let’s come down, again. Aaah, this time, one of the pipe went of and the water is simply coming back directly to the lake… rah! When is it going to work?

I plugged the pipe again and went with Sue and Keith to Casino city. When we came back the pipe was out again and we pumped water (and used electricity) during two or three hours for nothing. At least, around the lake now, it’s clean haha. 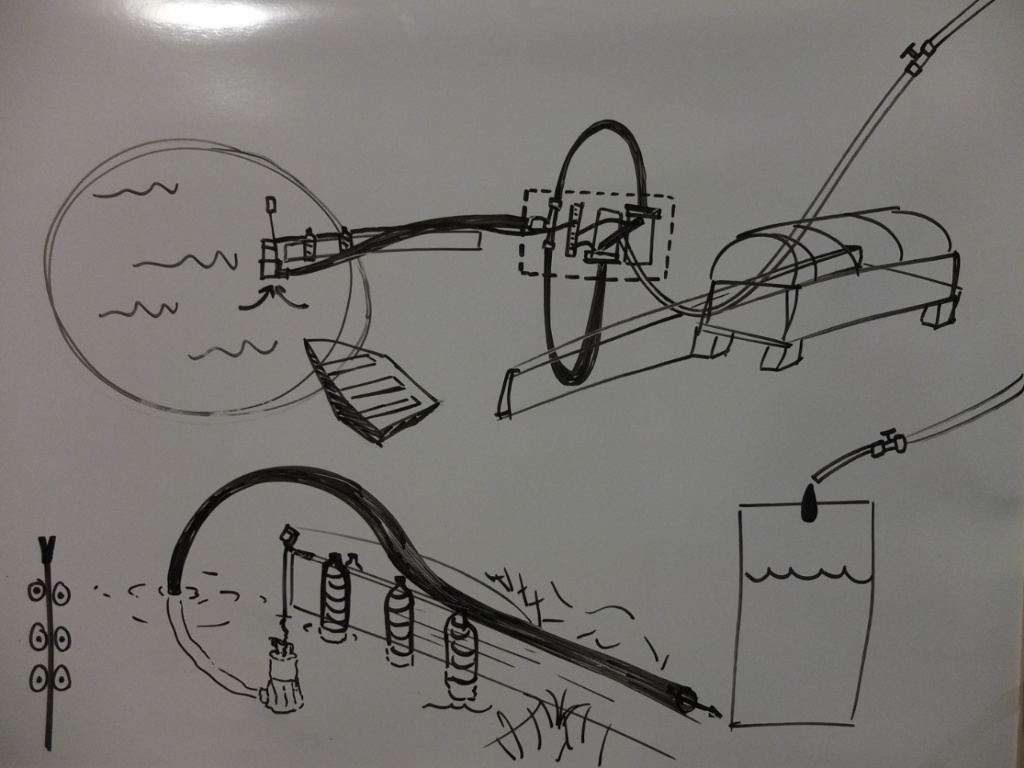 I want to fix this. Tomorrow we need to try using a bigger pipe between the green pump and the twins (the two blue engine). Then I thinking about a floating board that we could create to attach the green pump at the end. We are  actually using the little boat where the pump is attach on but it’s not useful. So, new plan, new ideas, new day tomorrow!