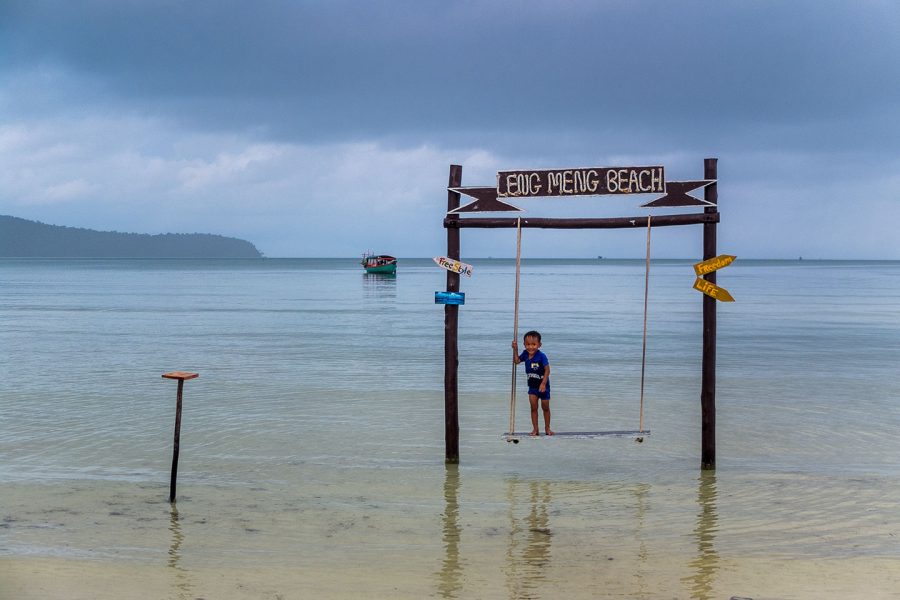 This morning, we took a bus back to the Sihanoukville city centre. This bus had no window, and the inside was nearly empty. There were two long bench on each side and two wooden palettes in the centre. Once we reached the city, we collect a lot more people and the bus was full. The two palettes were there to pile up most of the backpacks. Thirty minutes later we got on the “Speedferry” to Koh Rong Samloem island where we plan to stay two nights. 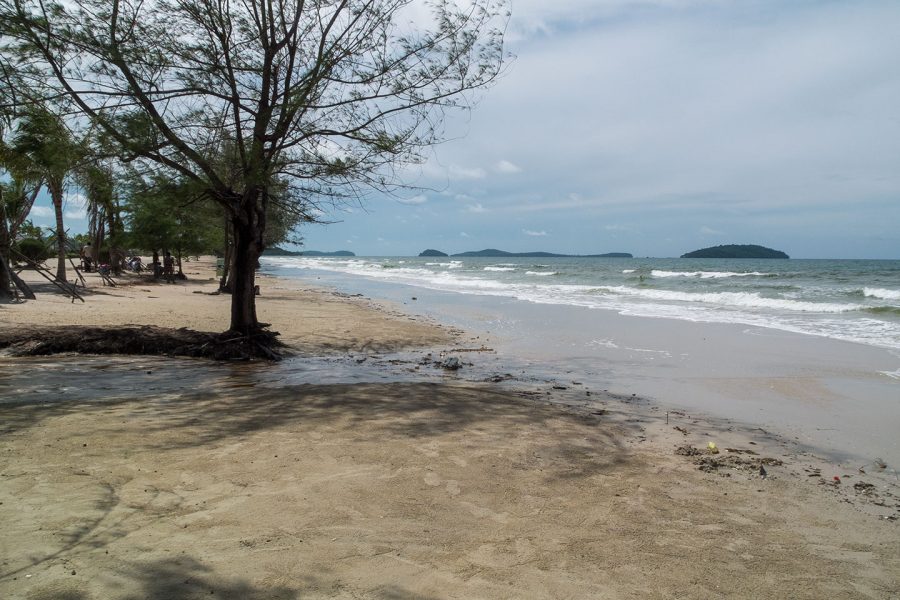 Back to this morning. Before the bus arrived this morning, we had the time to have a walk along the empty Otres beach. 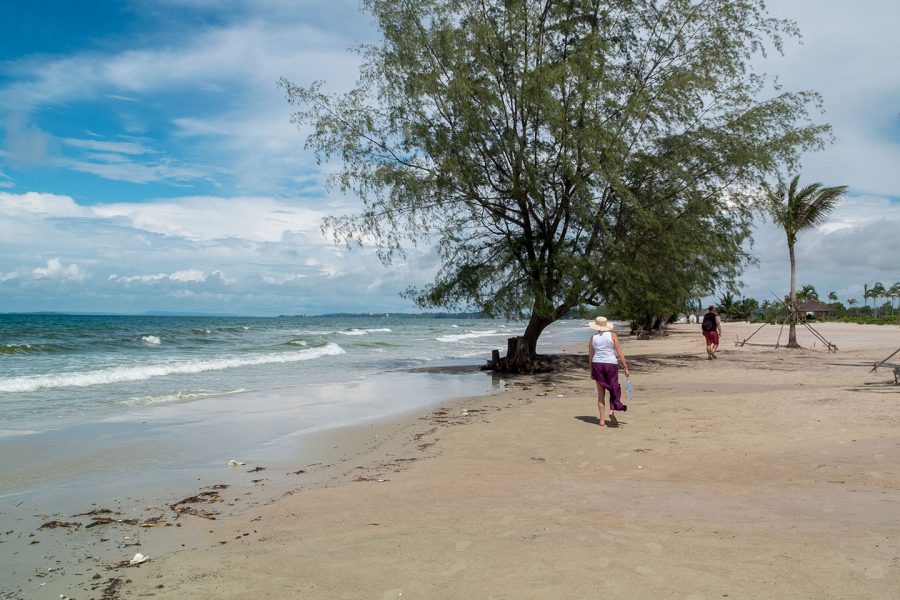 Not totally empty though, there is three of of :-) 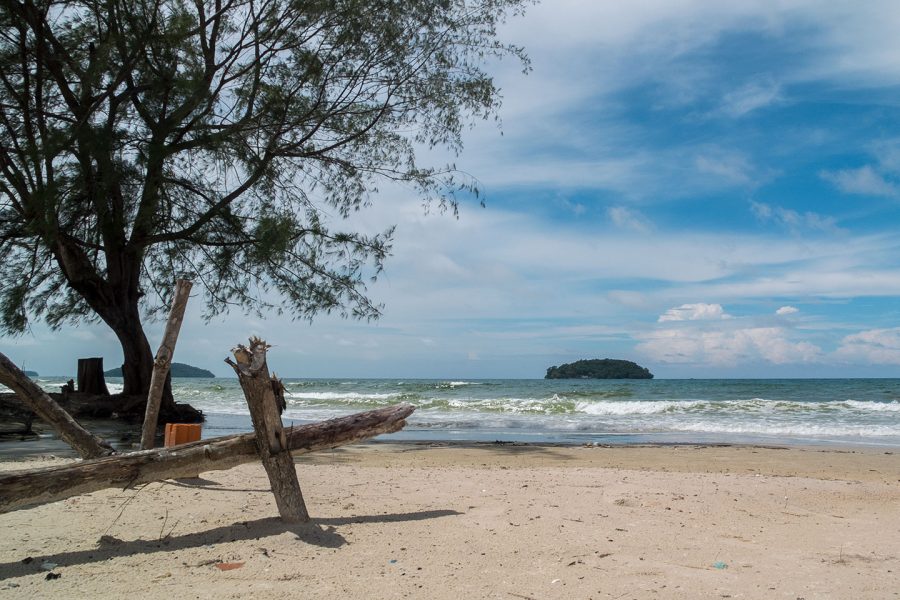 Tiny islands over there. 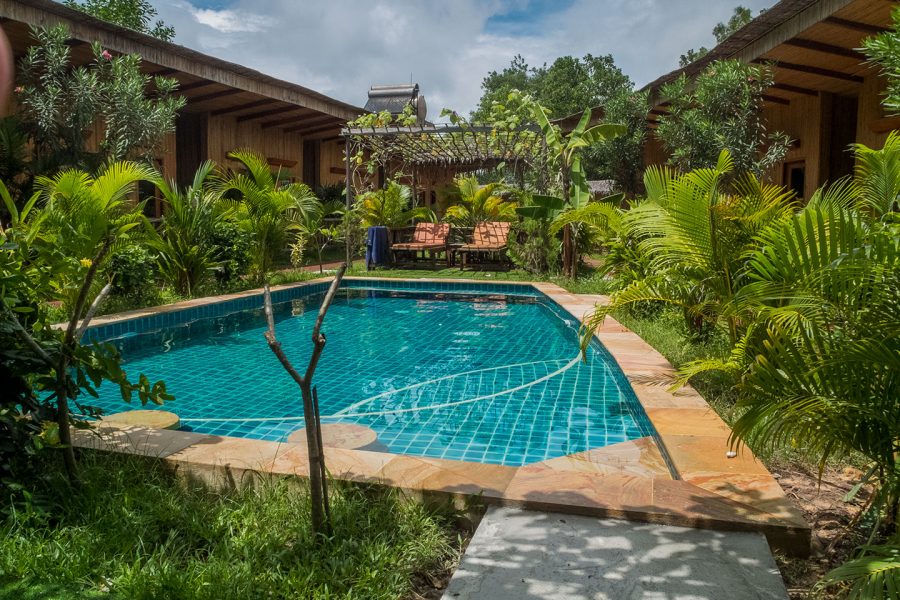 We came back to the hotel. The bus will be here in a moment. 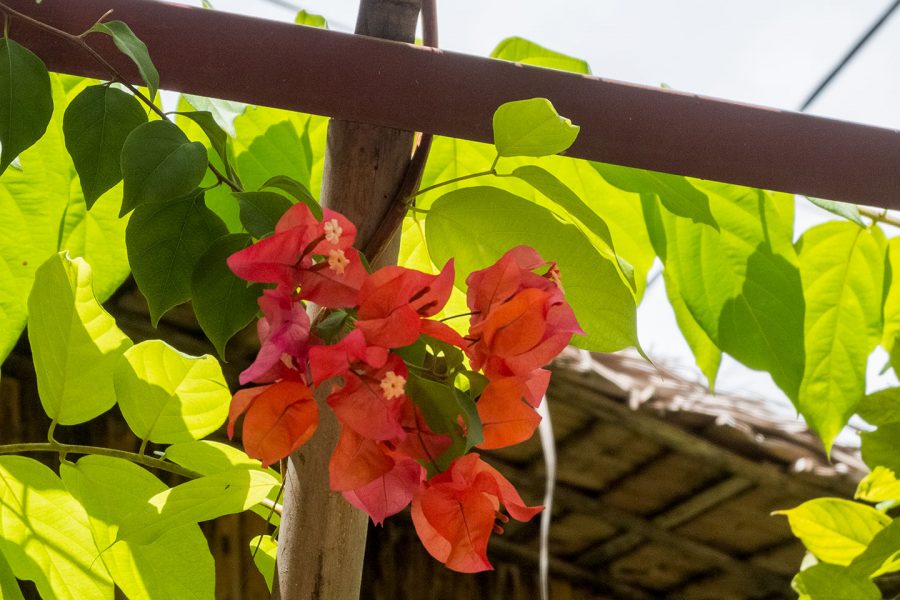 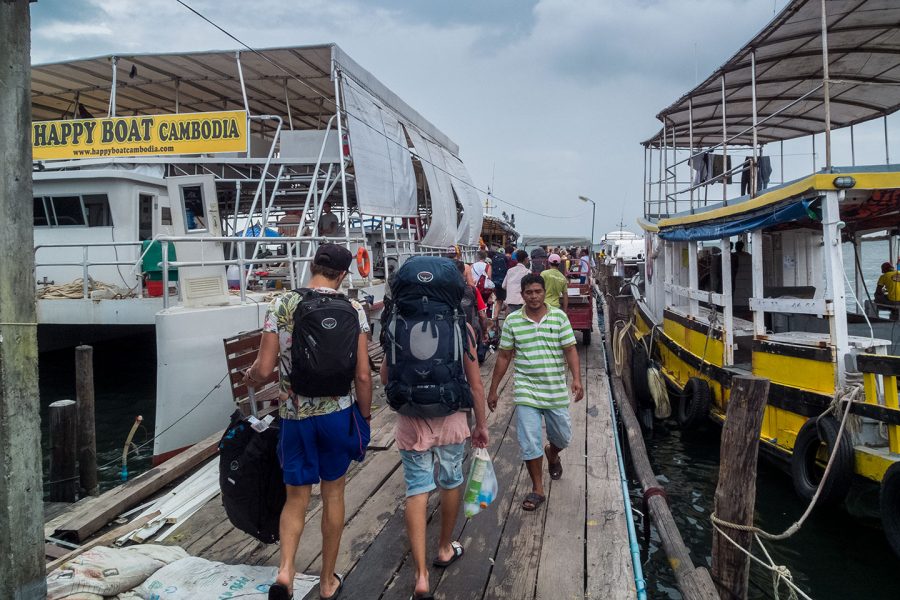 Maybe an hour later, we got down the bus and walked towards the ferry. 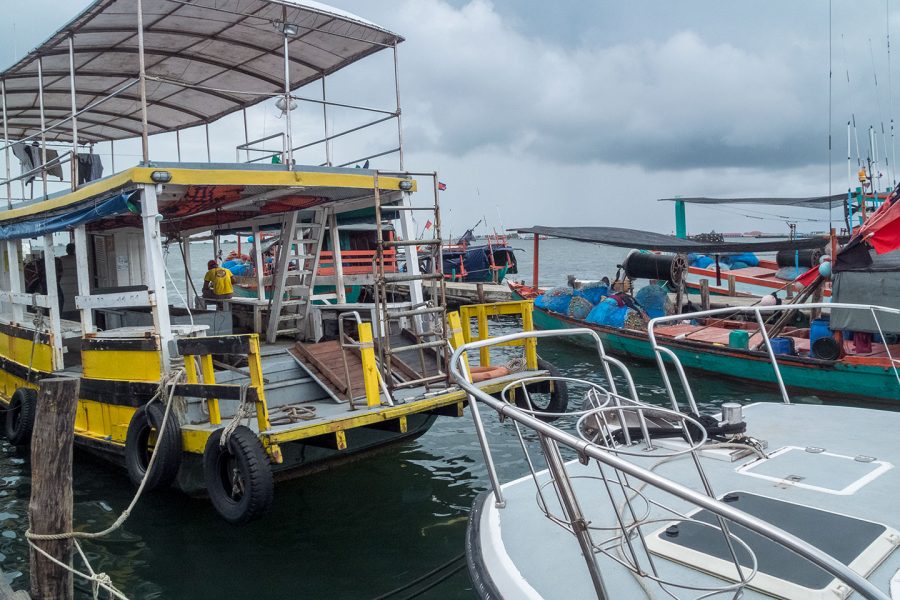 There is plenty of different boats here. They look all mixed up but I’m sure it’s not. 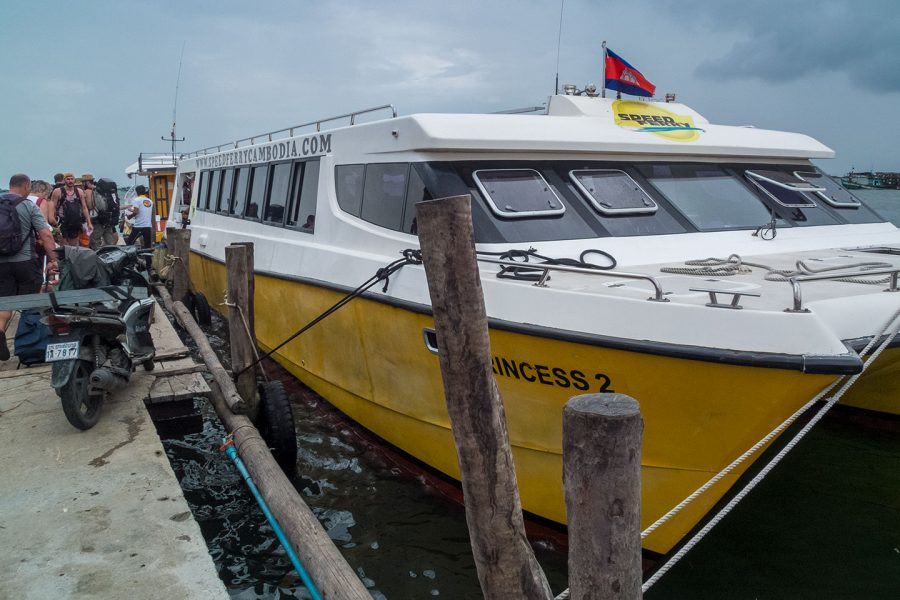 This one goes to Koh Rong. We will take the ferry at the back which goes to Koh Rong Samloem. The biggest island of the two attracts most of the backpackers who go there to party. Samloem is a lot more quiet apparently. 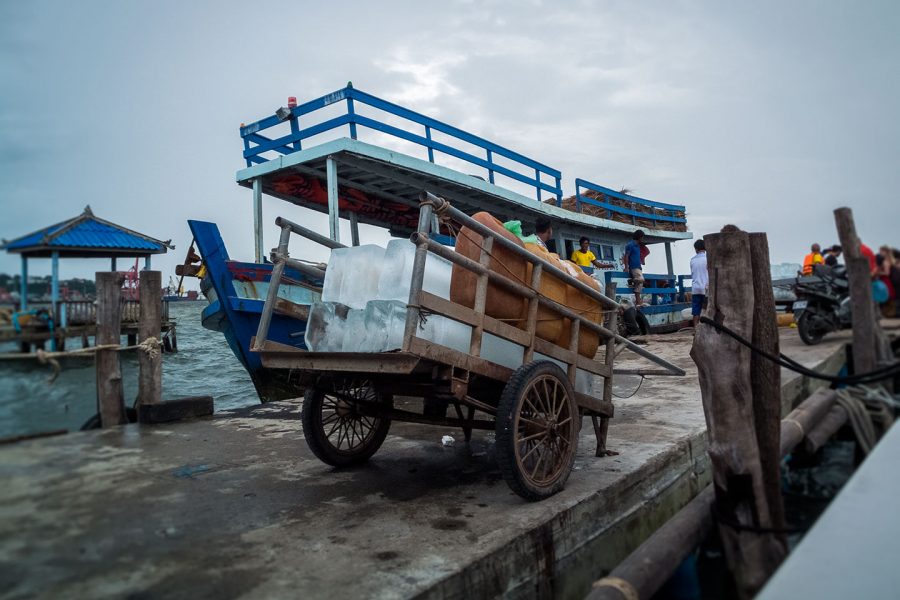 I like this one :-) Ice transportation. They must be quick or there will be nothing left once the boat will have reached the island. It’s melting super fast! 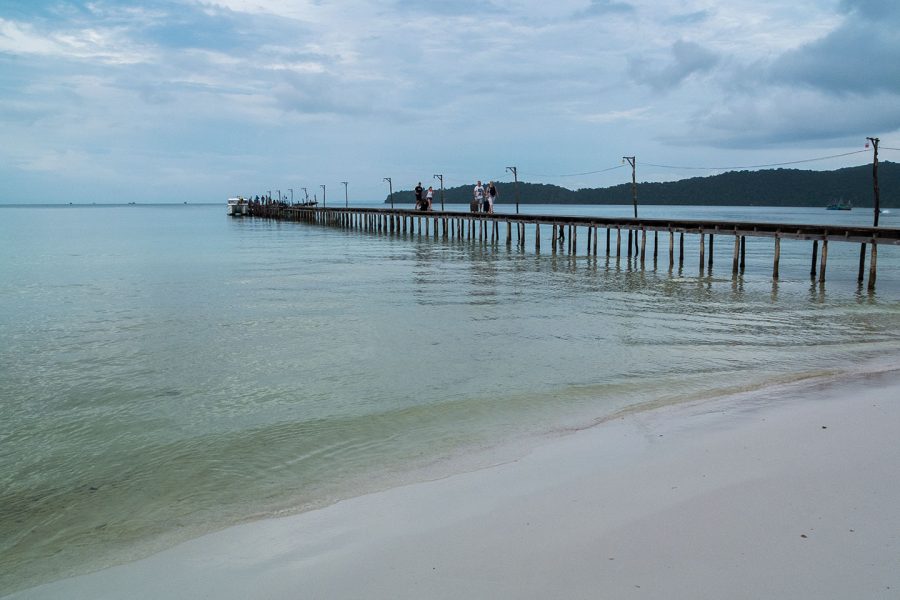 Something like 30 minutes later we touched the sand of Koh Rong Samloem. “Wellcome” says the word carved in the wood of the pier. 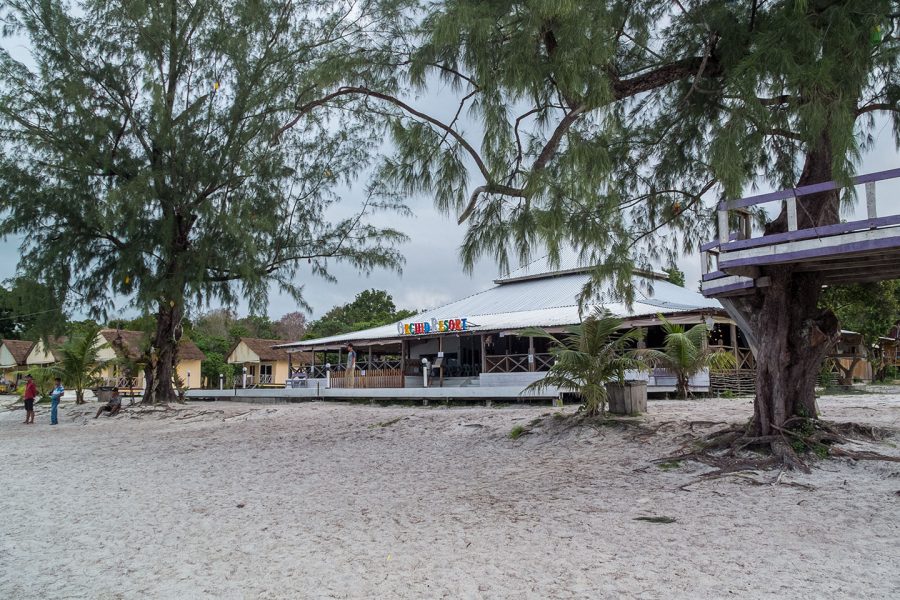 Most of the hotels here looks like big shelters. 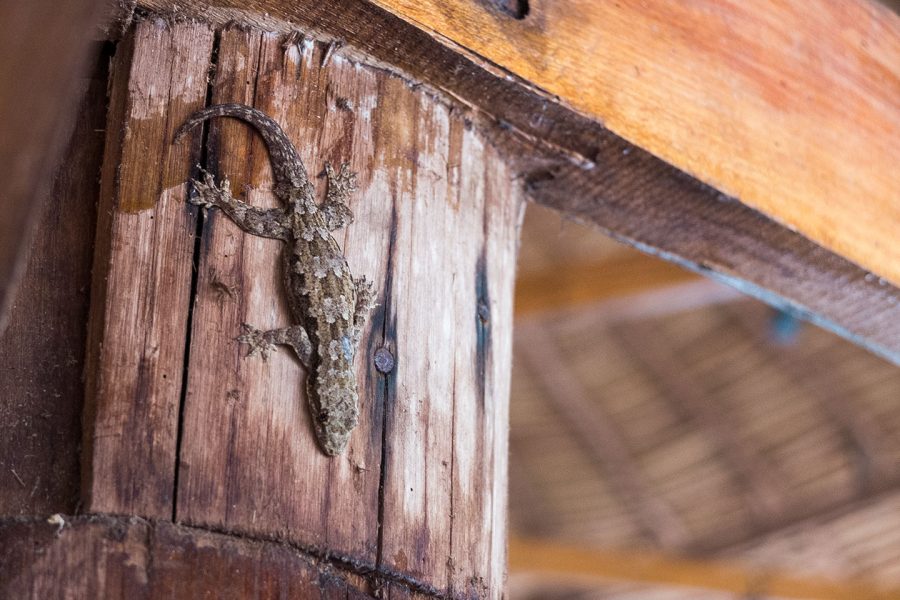 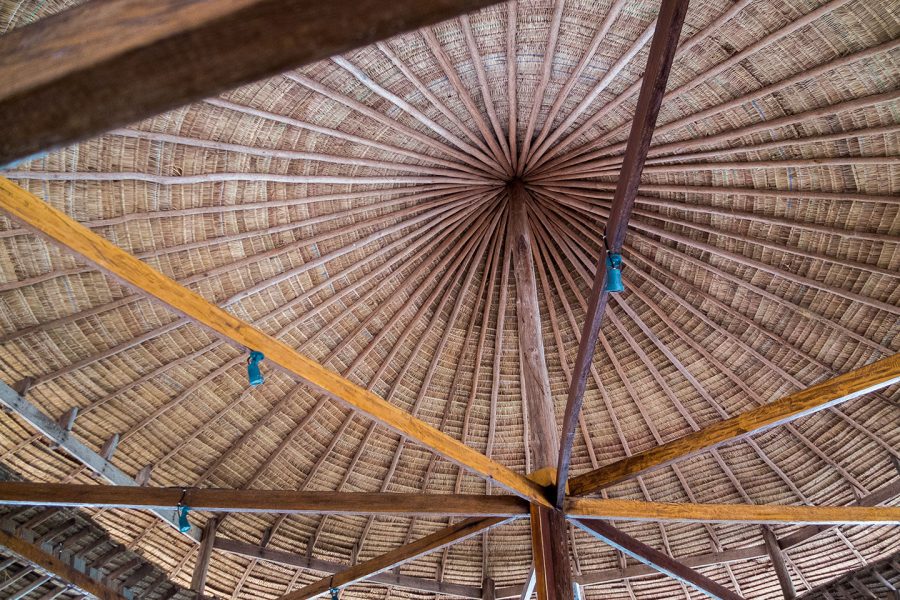 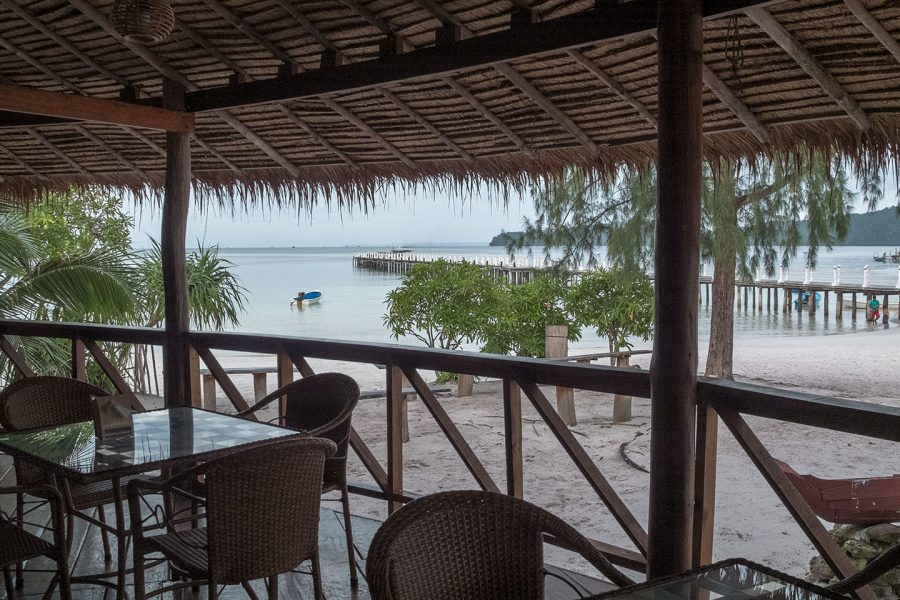 View from the restaurant. 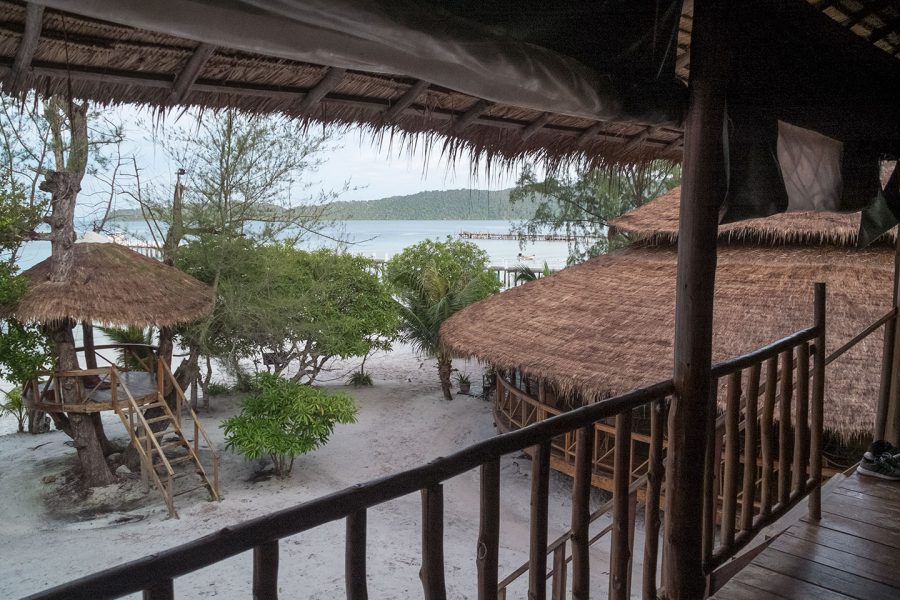 View from the dorm. 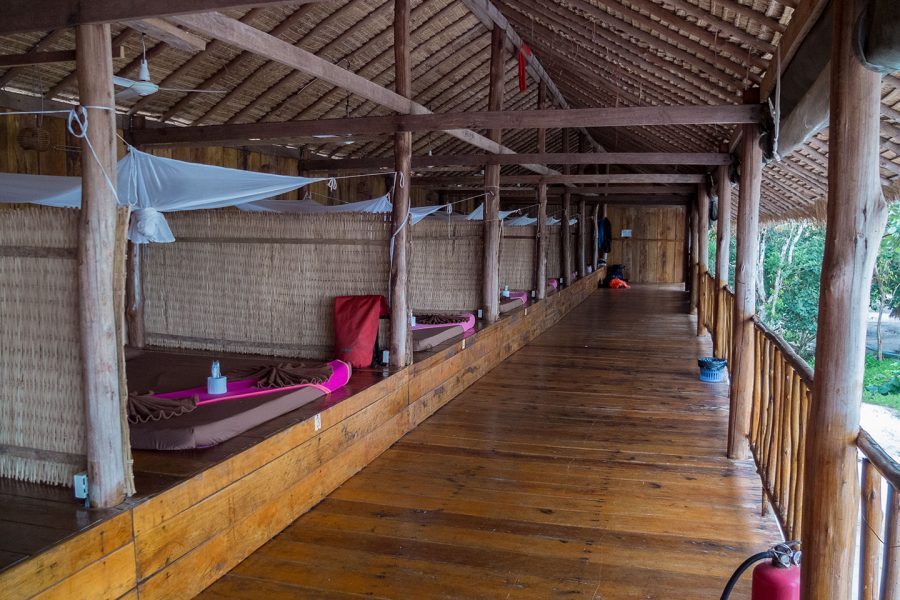 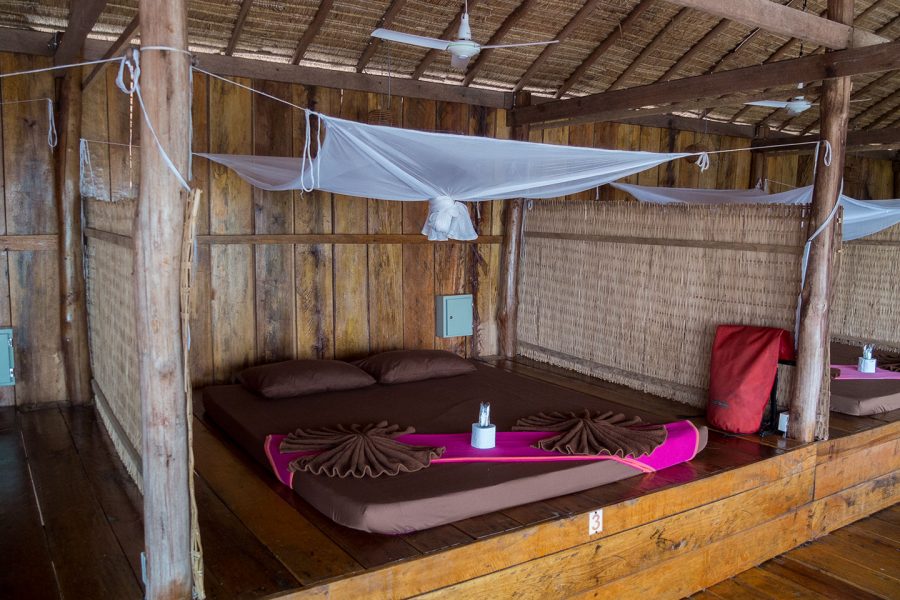 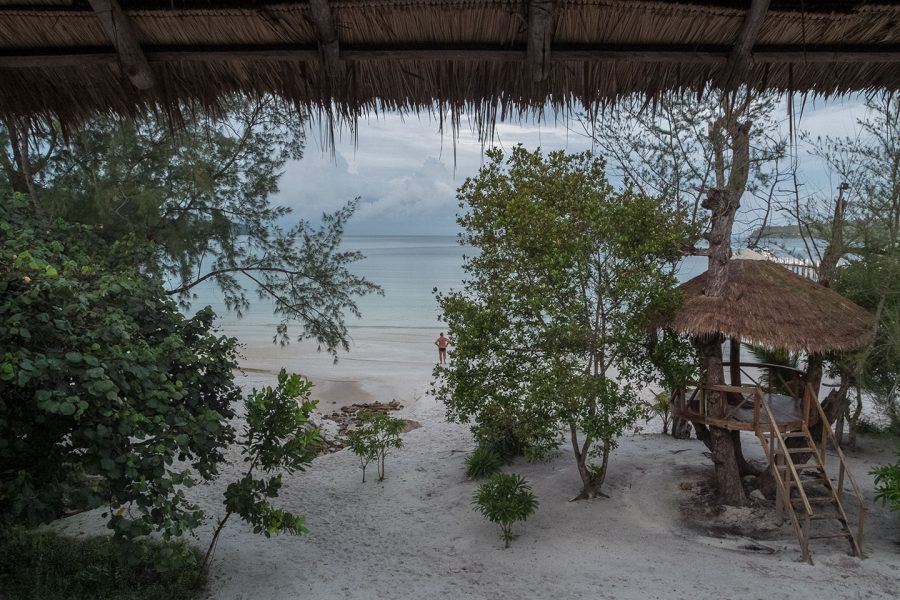 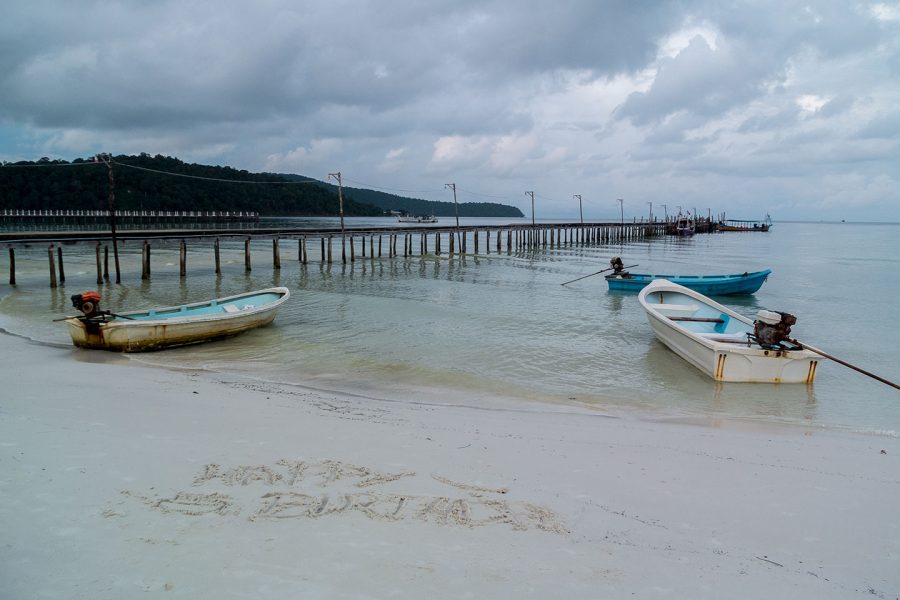 Later this afternoon we had a walk along the beach to visit a bit Samloem. 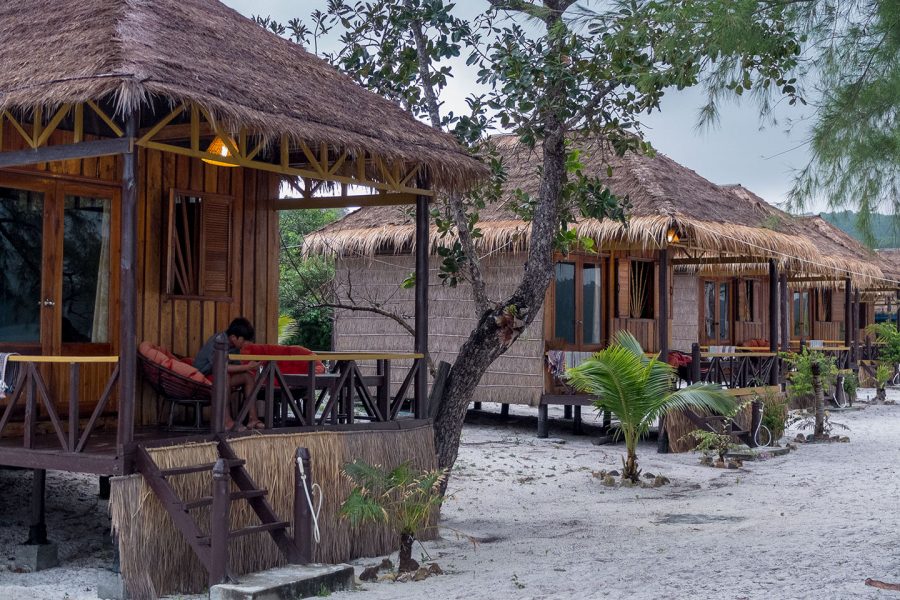 That’s another bungalow hotel along the way. For now, I still prefer the place we chose. 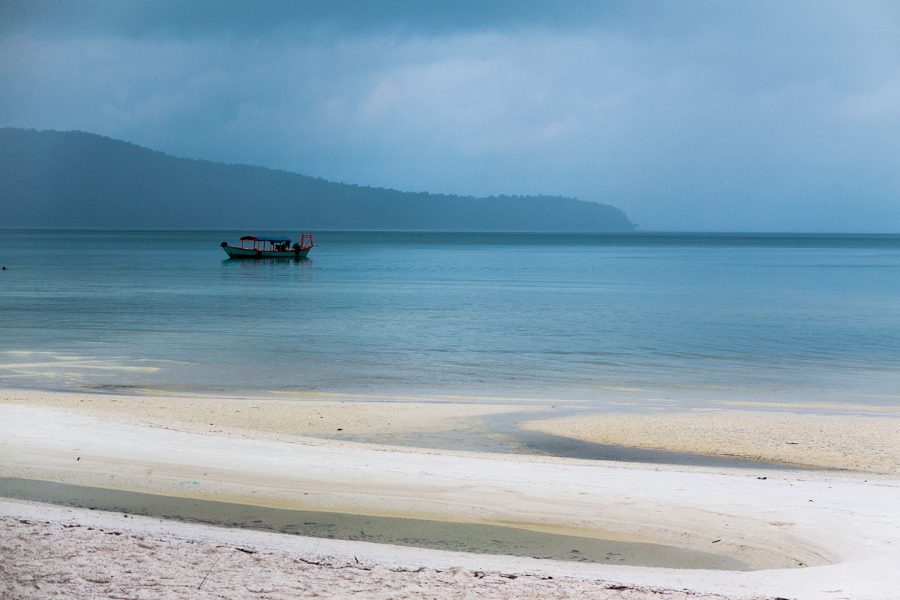 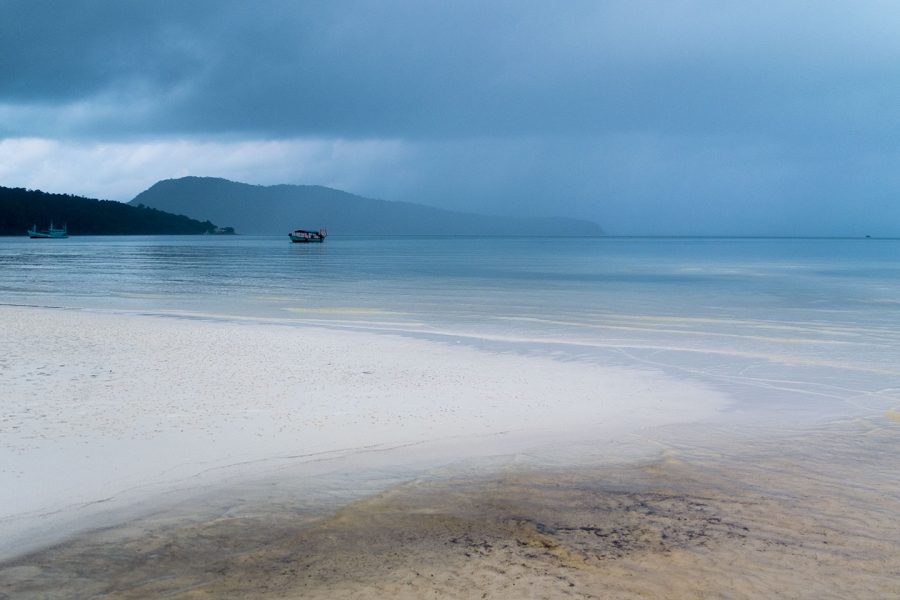 Ouuuuh yes, this is pretty dark over there. 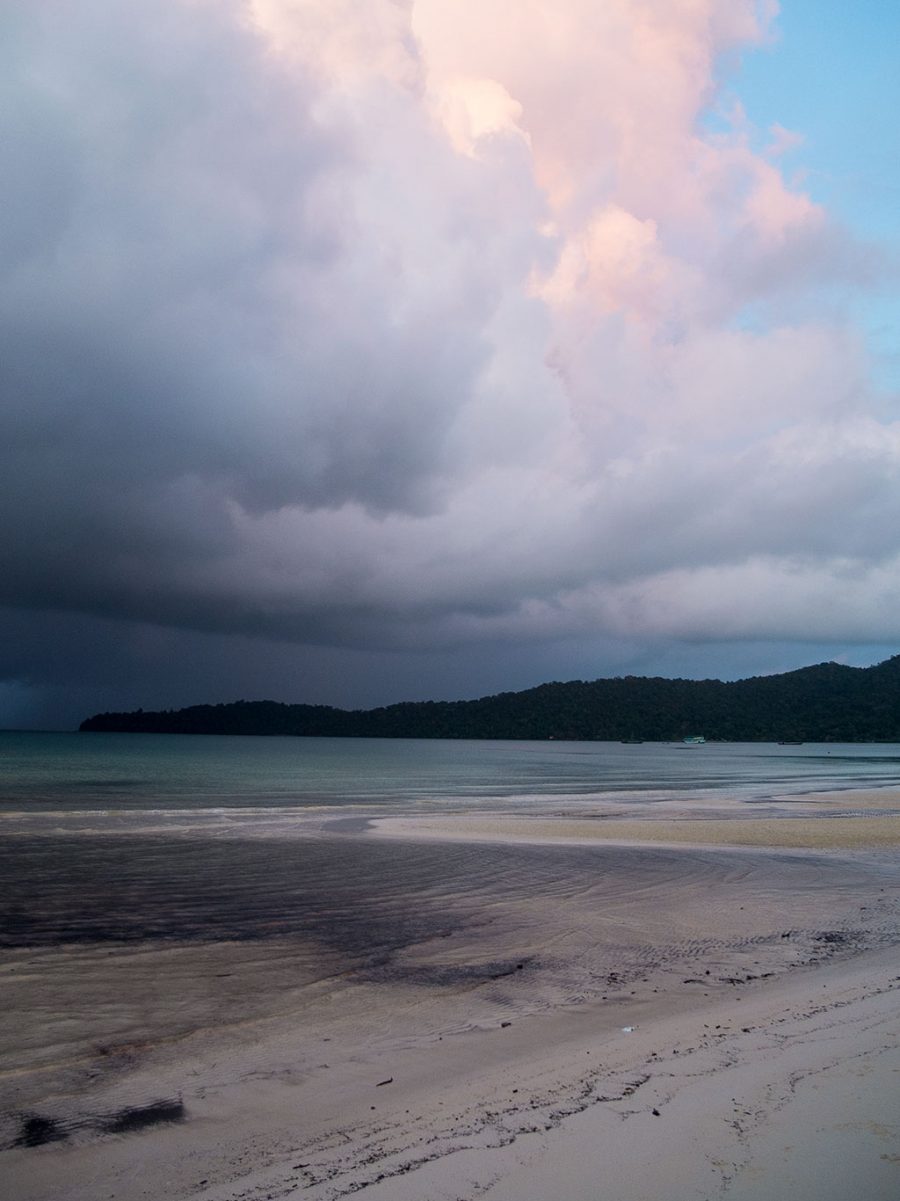 Plenty of colours in the same image. 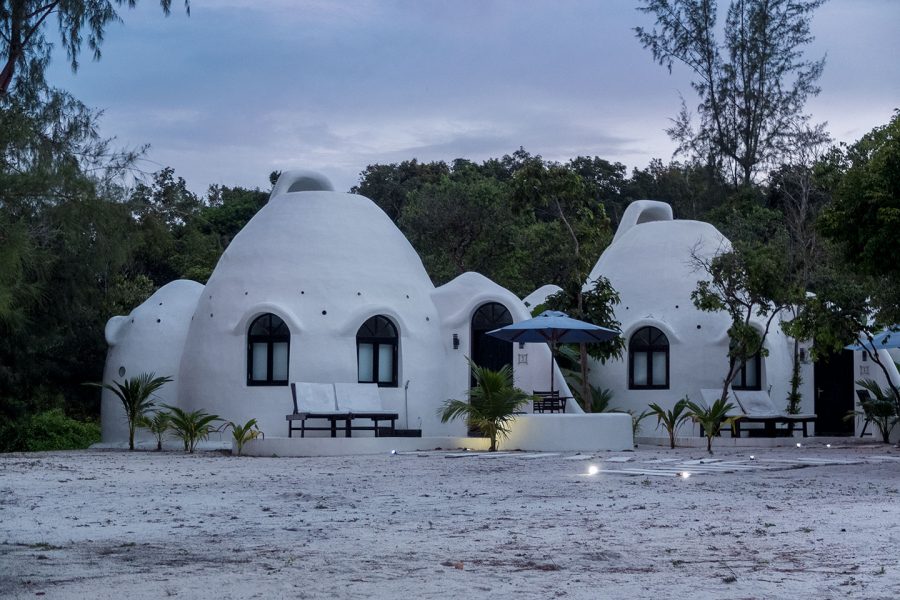 Hey, Mud houses! At least it looks like this. That’s the kind of house I will build for myself one day. On youtube, I discovered an American family who moved to the country side and build those houses themselves.  They do step by step videos so it’s very interesting to watch and learn. 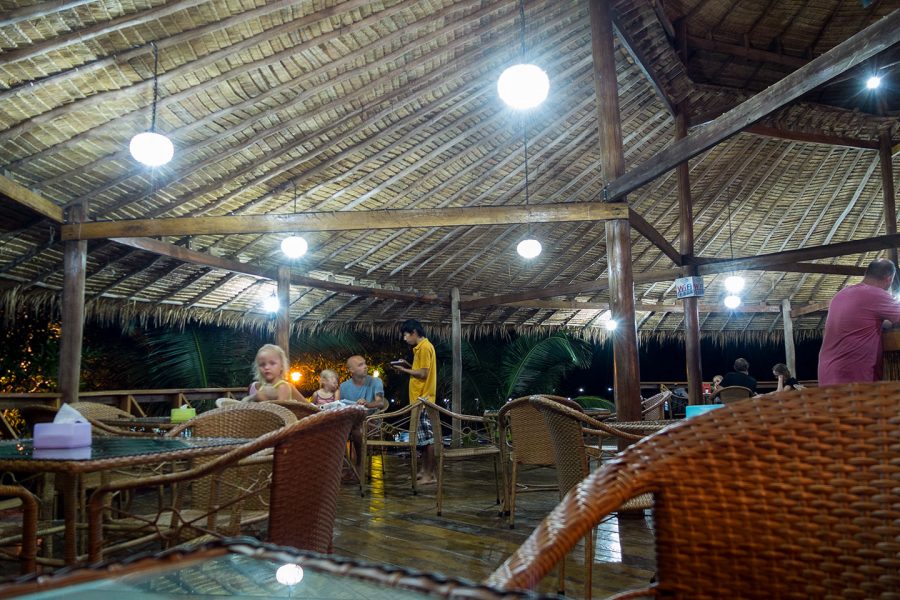 Back to the restaurant for dinner. 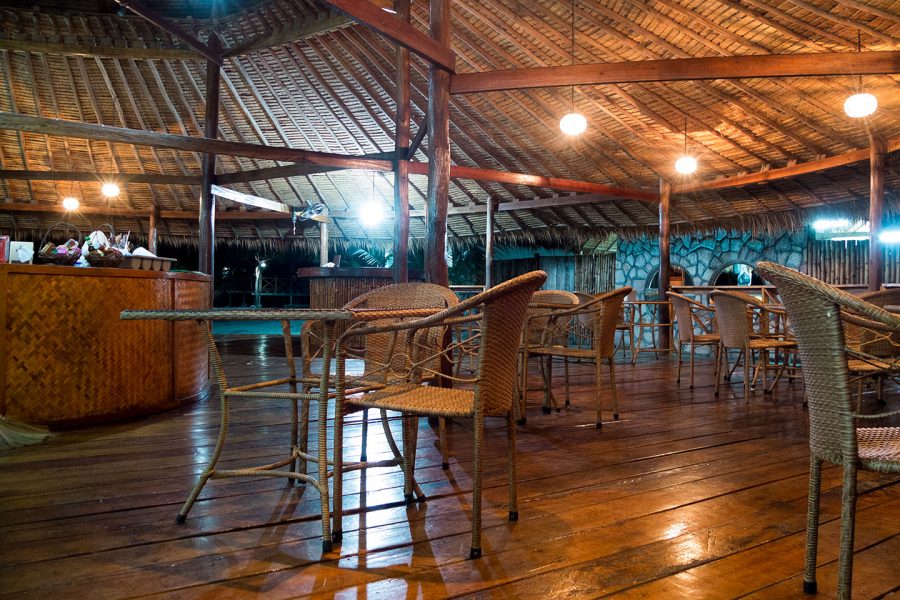