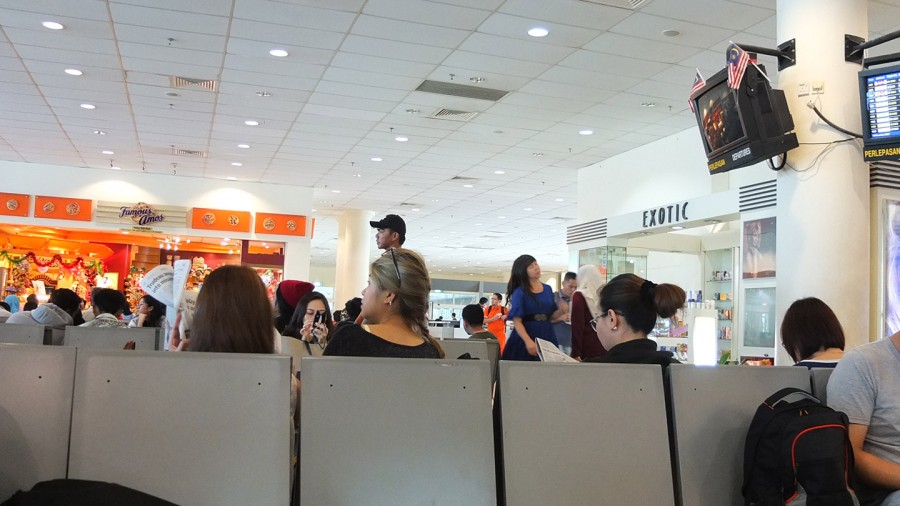 Today is our last day in Borneo! Our flight leaves at 10pm so we’ve got some time front of us. Stephane wants to visit another National park which is close to Miri. Personally I don’t want to walk anymore and will stay in the city. I’ve got little things I want to buy. This is better to do it here, in Miri, than the huge city of Kuala Lumpur. So we split for the day and will meet later this afternoon at the airport. 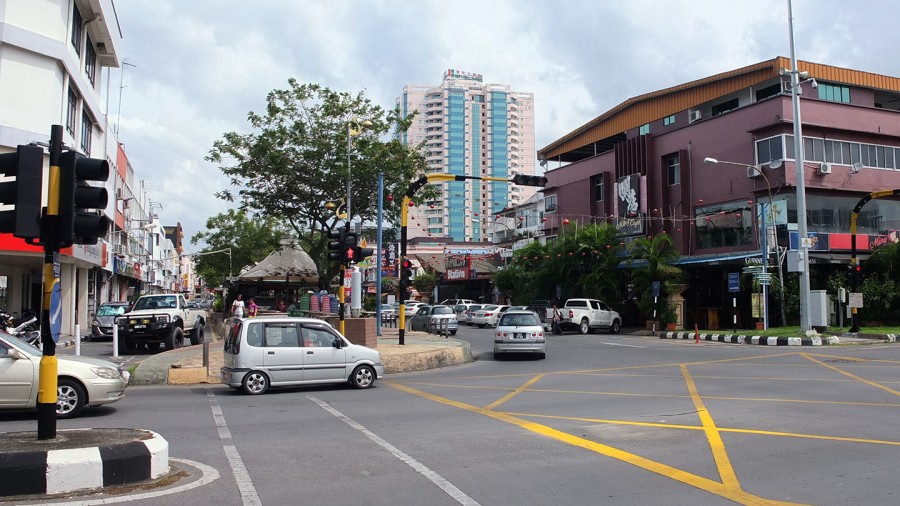 We stayed last night in a guesthouse where there was no windows. That was strange and not as nice as the first one but the price was the same. Anyway, this morning I’m going to walk, slowly, in the city. I’m looking for AA lithium batteries that seems hard to find here in packet of four. Two is too expensive. 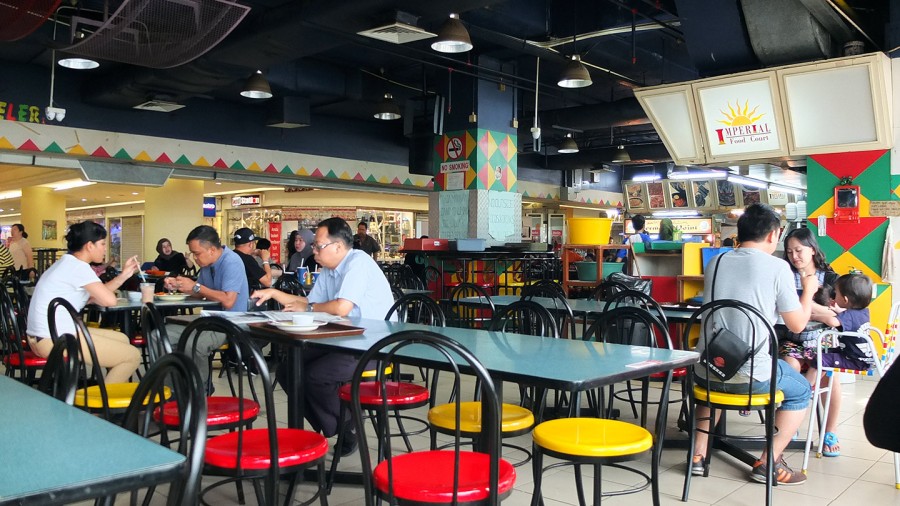 I’ve done two shopping mall and bought everything I did not necessarily wanted except the batteries I’m still looking for… At the top of this mall there is a food court. I might stay here for a little while. 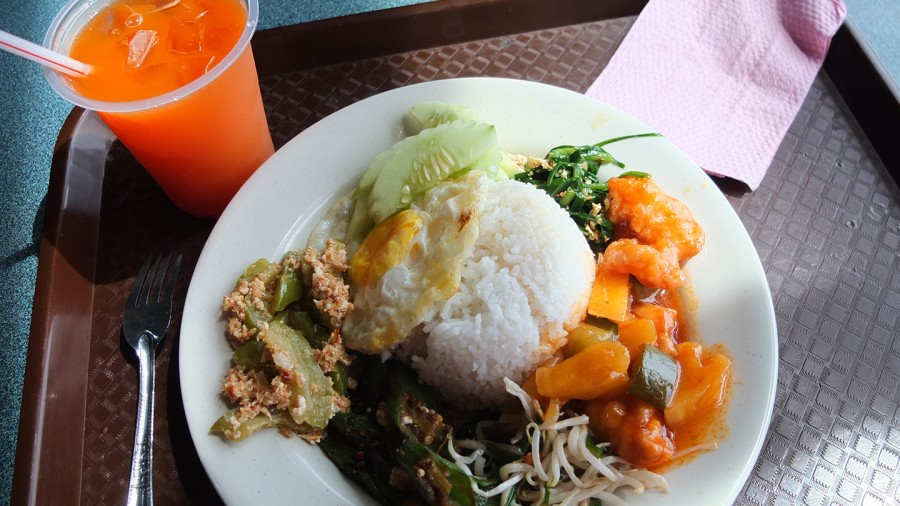 Nice food but not cheap. 8 Ringgit for the main meal, 4.80 Ringgit for the juice. Malacca is much cheaper at certain places but I’m in a mall so I’m not very surprised. And I don’t know Miri very well too. 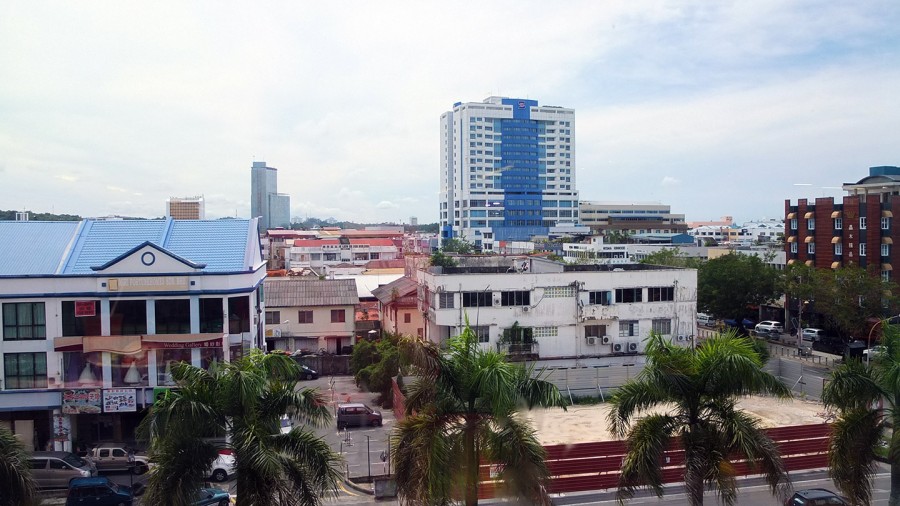 At least there is a view, not existing one but there is one :-) 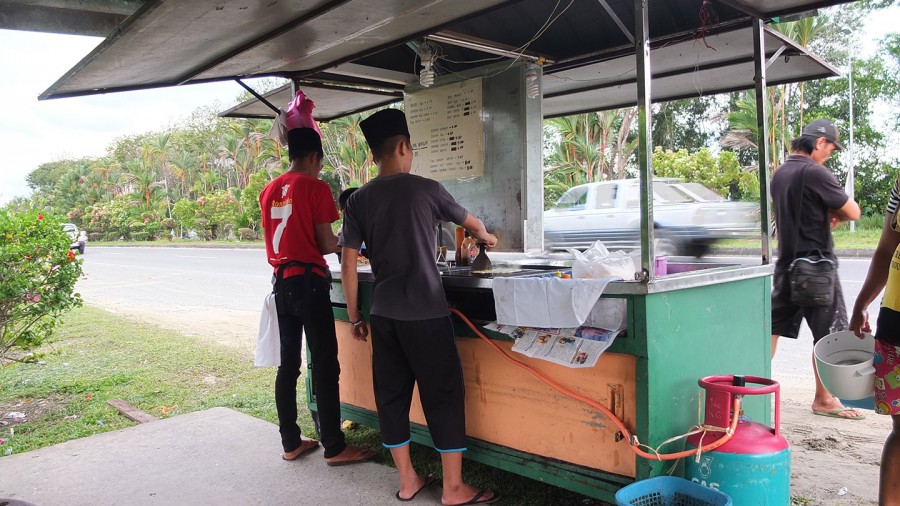 I’ve visited another two shopping malls and nothing, no batteries like I want. I resigned and made my way to the “long distance” bus station to catch a bus towards the airport. Once their, people told me that buses don’t go to the airport from here… So I caught another bus back to the Miri visitor centre. The guy at the office explained to me which bus I had to catch (the one which goes to Taman Tunku) and where to stop (see map). Finally I had another two kilometres to walk. On the way, I’ve seen a burger place across the road. Better buy one here more than at the airport where it will be certainly expensive. 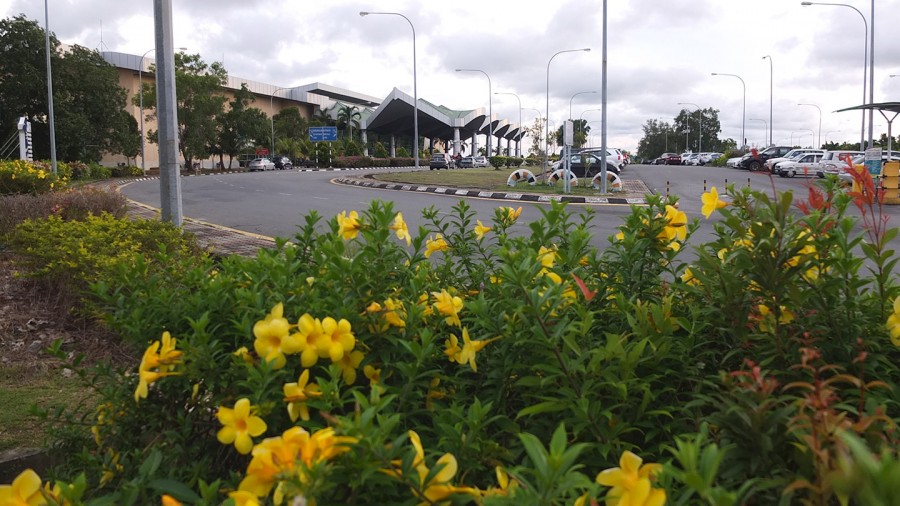 I met Stephane there around 7pm. We have lots of time front of us so we waited, waited, waited and waited again until 9:30pm came up. We could not see any update about the plane of tonight. 9:45pm, still nothing… What’s happening? 9:55pm, an announcement is made saying that the plane that was coming from KL had a technical problem once in the air and did a U-turn. Really? The next plane will be ready around 11:30pm so we kept waiting, waiting and waiting again. 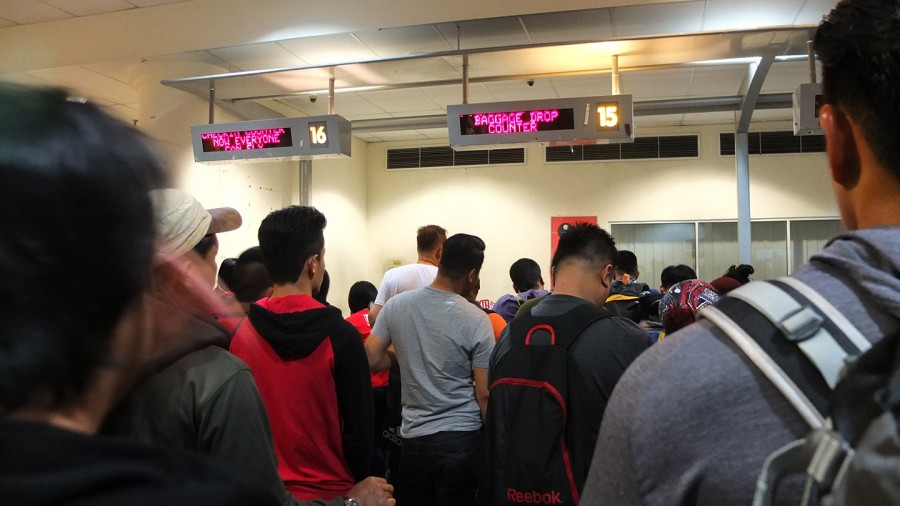 We were waiting until we reached 11:20pm and no door was announced yet. That does nit smell good at all. Finally Air Asia confirmed that no plane was coming tonight and they will offer accommodation and food for tonight and tomorrow morning. So now, we are on the queue again. It’s 1am and the next flight will be at 7:30am tomorrow. We won’t sleep that much but this is adventure! haha :-)

We planned to sleep at the KL airport once there because we would have been arrived at 1am something but we won’t have to. In a way we are lucky. In an other way, it does not really matter because we are in holidays haha ;-)

Once in KL, we will come back to Amir and Sabariah’s house to spend some days with them, to update our blogs and rest our legs to be ready for the next step in Malaysia towards Thailand. See you then :-)