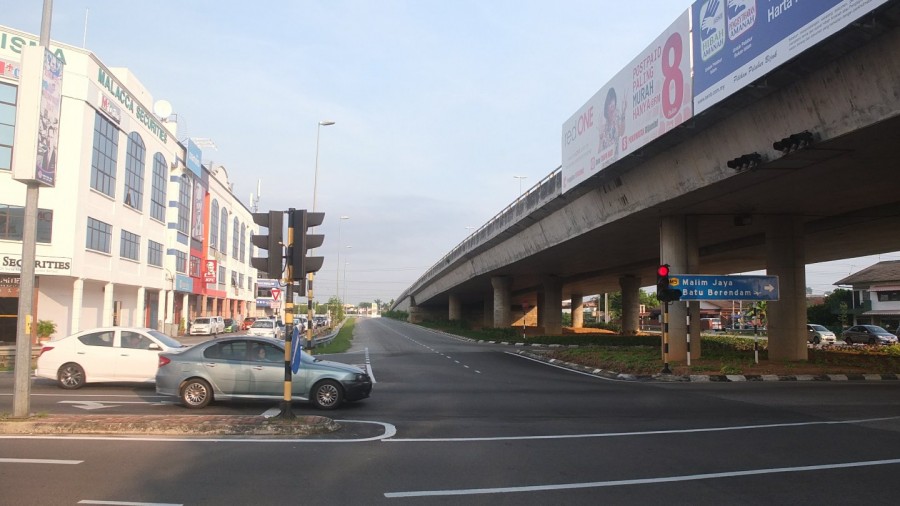 Youhou! here we are, finally back on the road. The road is a little hilly today but nothing really hard. We have seen some more monkeys along the road and as usual they are harmless. We left a bit later than we wanted to (around 8am), stopped for lunch at a small warung, had a 3 hours nap next to a beach and finally found a spot next to another beach where we spent the night. Kind of easy day today :-) 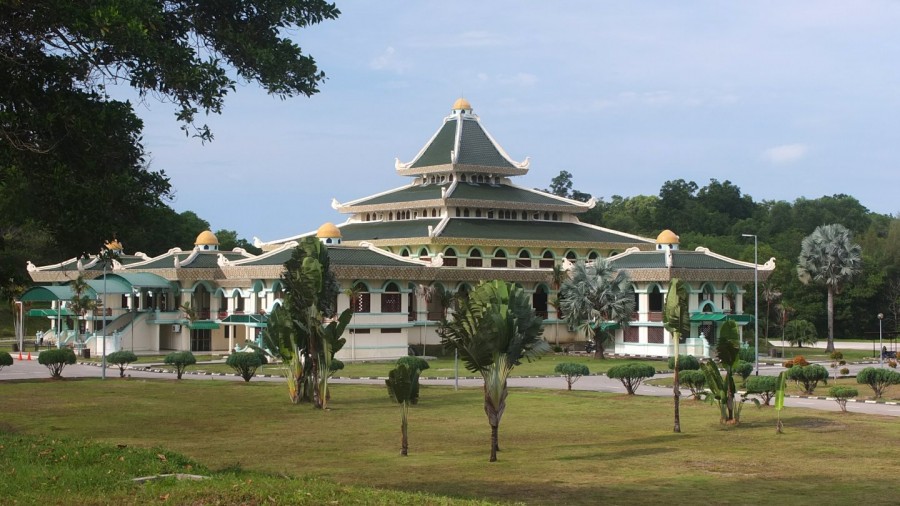 That’s a nice mosk. When we got closer to get a better picture and have a short rest, a guy gently told us that we were not able to stay here if we are not Muslim. It’s funny how people from same religion behave differently regards the place or the town. I remember in Indonesia when I stopped at a mosk around noon and people offered me shower, food and even massage! haha :-) 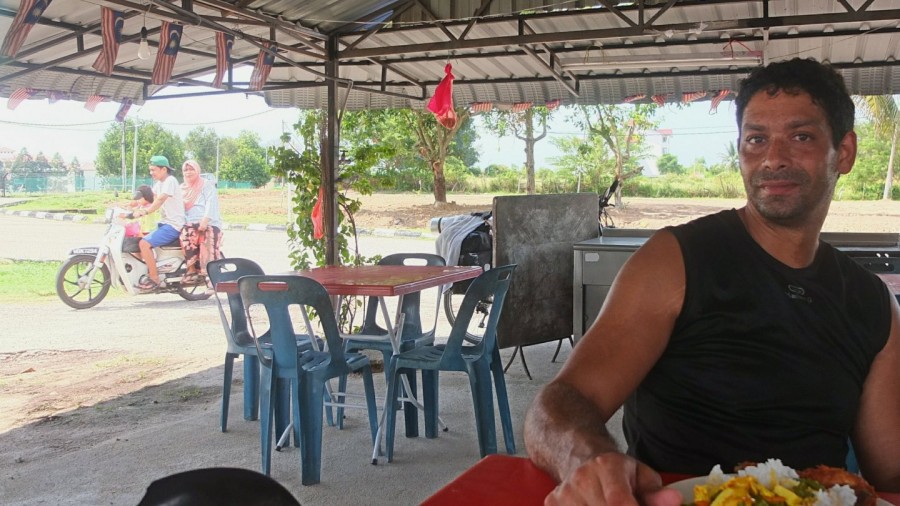 It’s now 11:30am and the heat literary stopped us going further. We found a warung where we can have some food (fortunately!) and avoid the warm hours of the days. 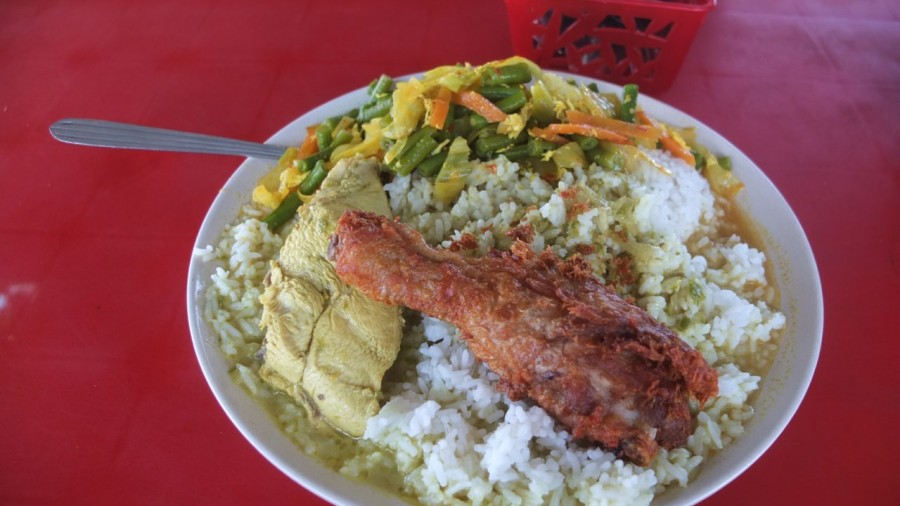 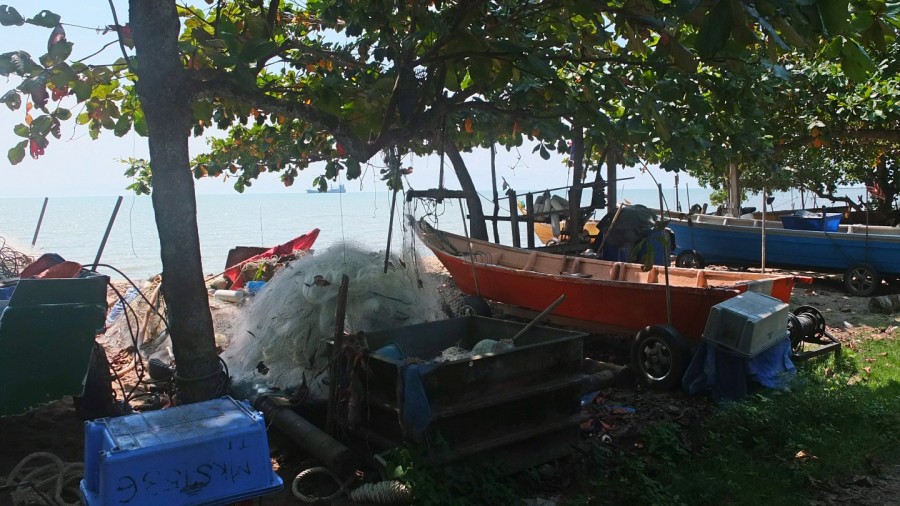 After lunch we cheched the map and discover that we could cycle along the beach and reach a park where we could have a nap. 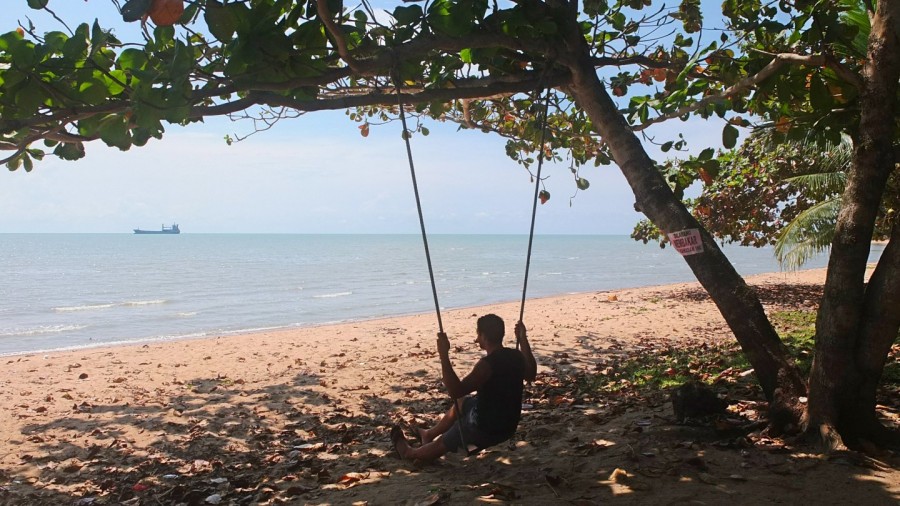 Half way before that park, we found this nice spot. 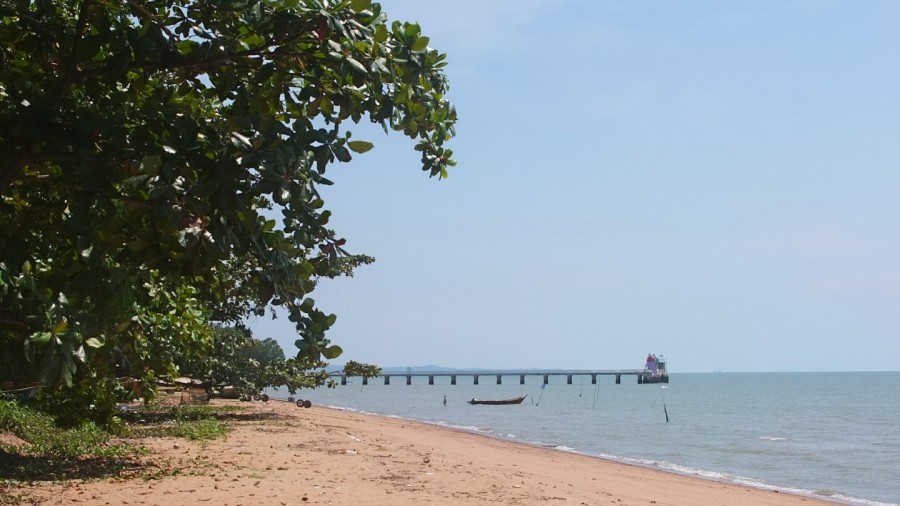 The view is great! 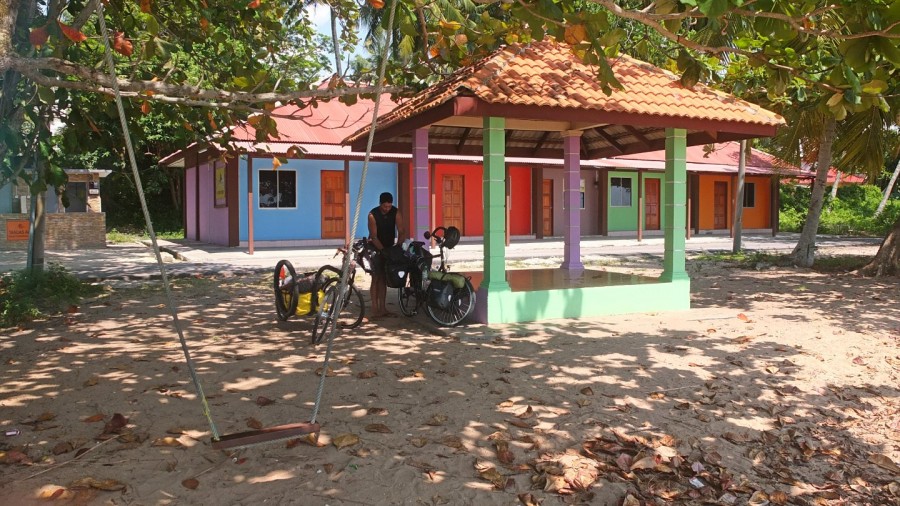 And we have a roof and aa mattrees (kinf of) where to sleep. 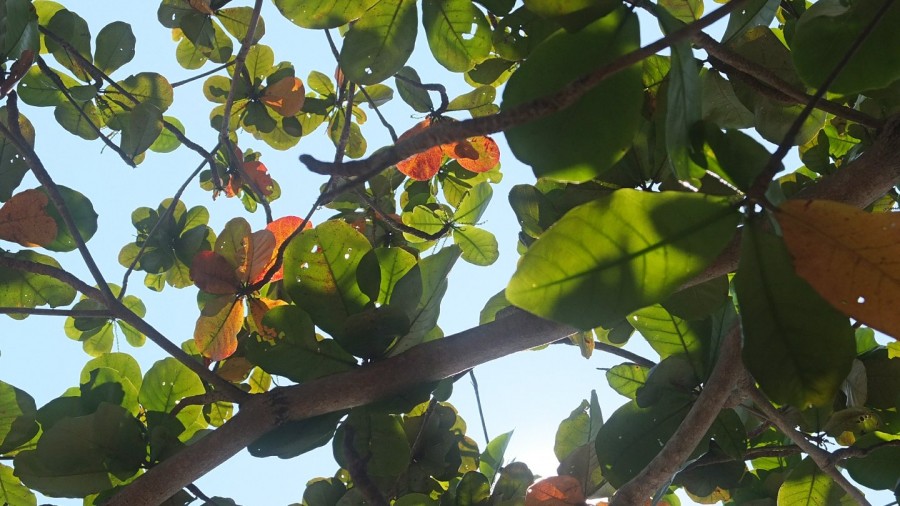 Oooh, that’s goooood :-) Maybe an hour later, a guy came to us. He pretended to be the owner of the colourful houses where we sleeping front of. Fortunately we did not have to pay to stay. He started with some common questions but rapidly talk about massage and even sex. We finished by just ignore him and continue our nap. Finally the guy gave up and left the place. 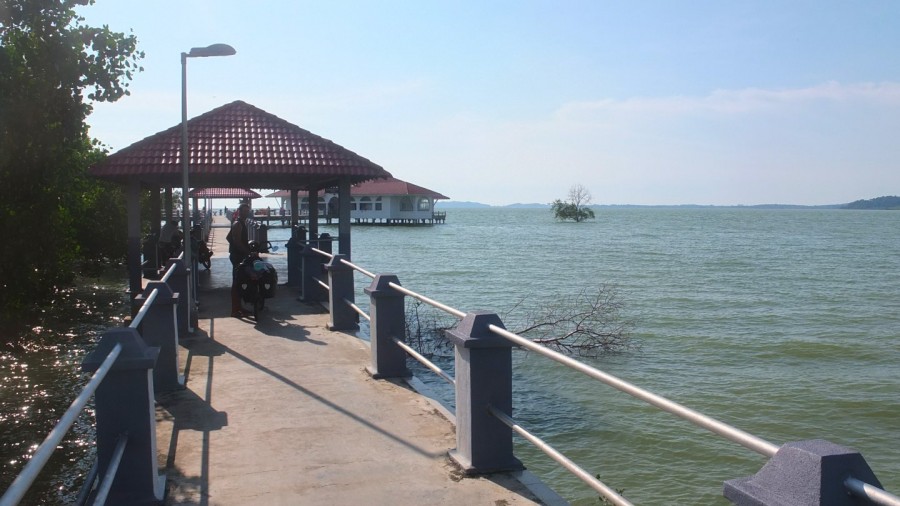 Second round, we keep cycling north. There is few rivers to cross and some jetty to visit. 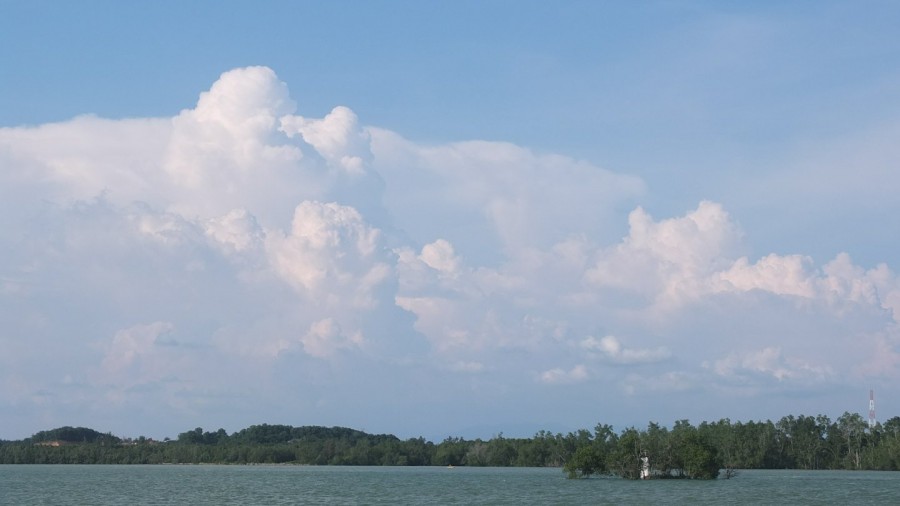 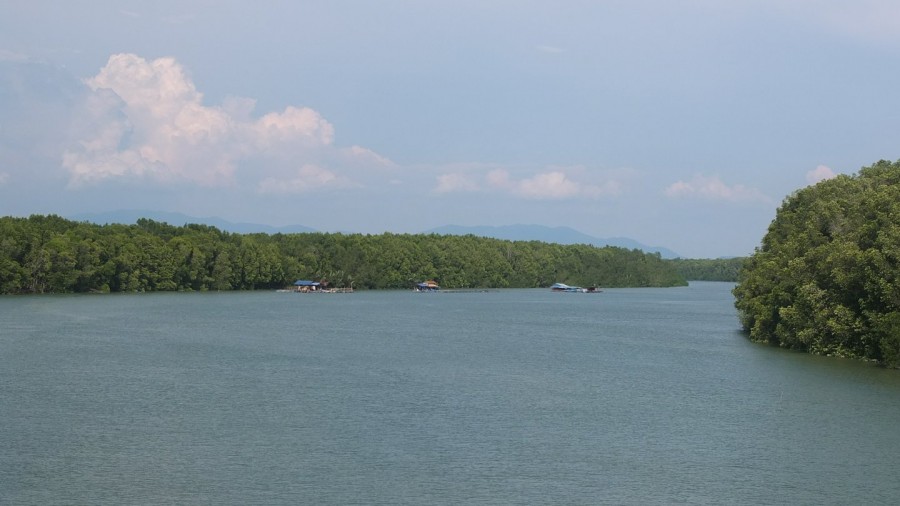 River side view. There is some fish farm on the left hand side. 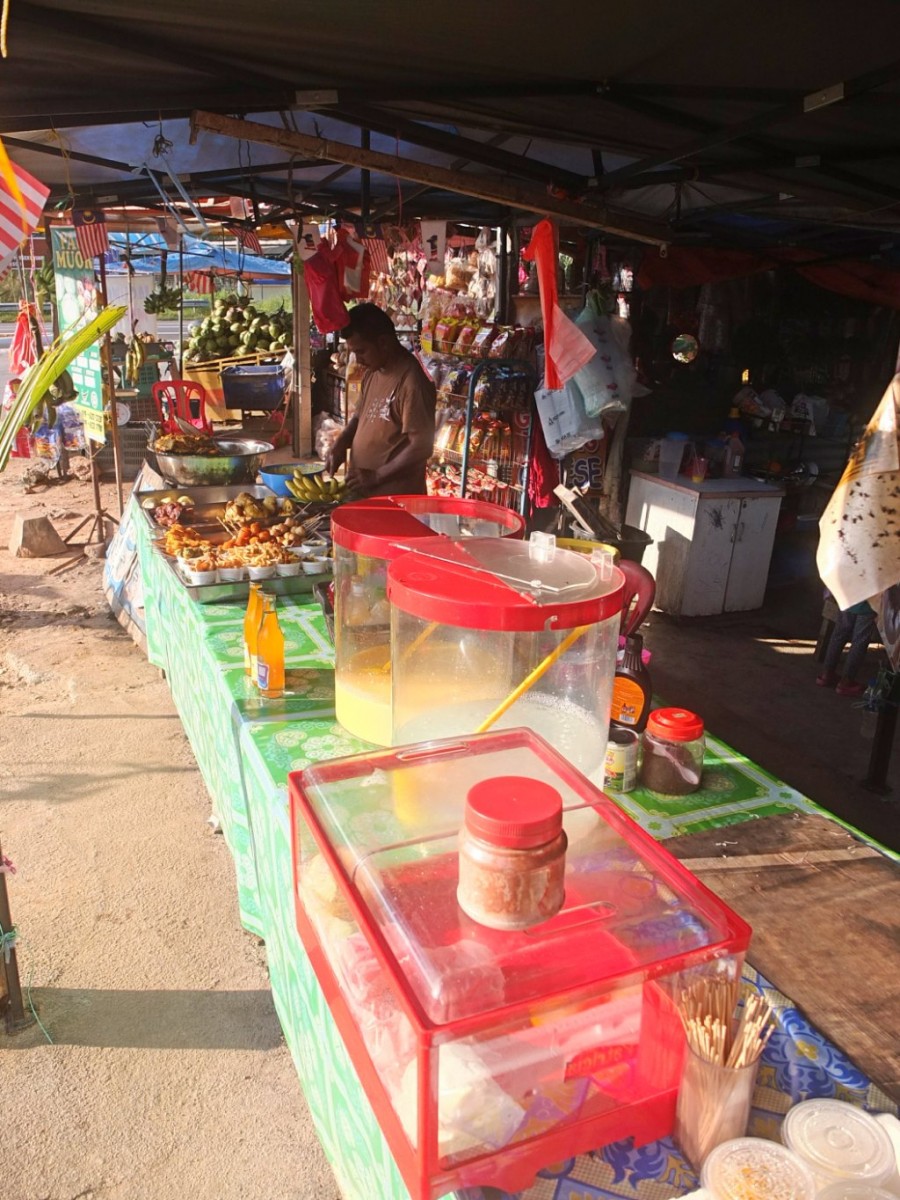 A bit further along the way we stopped at a local shop to buy some bananas and some corn juice. I’ve never drink that before and it’s quite good.

After that we kept cycling a bit further and stopped at another warung along the way where we got some “Malay” burgers (to change a bit from the rice and noodle). After dinner, we keep cycling a bit more again, looking for a spot where to camp. We met a guy who did not speak any English but body language helped. He brang us to a carpark next to a beach. From there we could walk a bit further along the beach and found a nice spot under big trees, perfect!