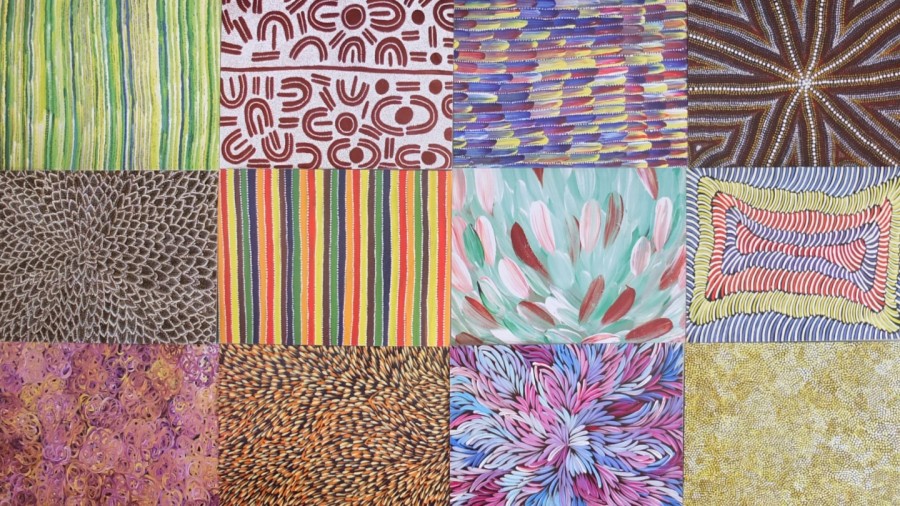 Today, I’m taking some time to visit Alice Springs where the Aboriginal art is everywhere. From what I’ve seen they show essentially fine and modern art but I certainly missed some gallery around. 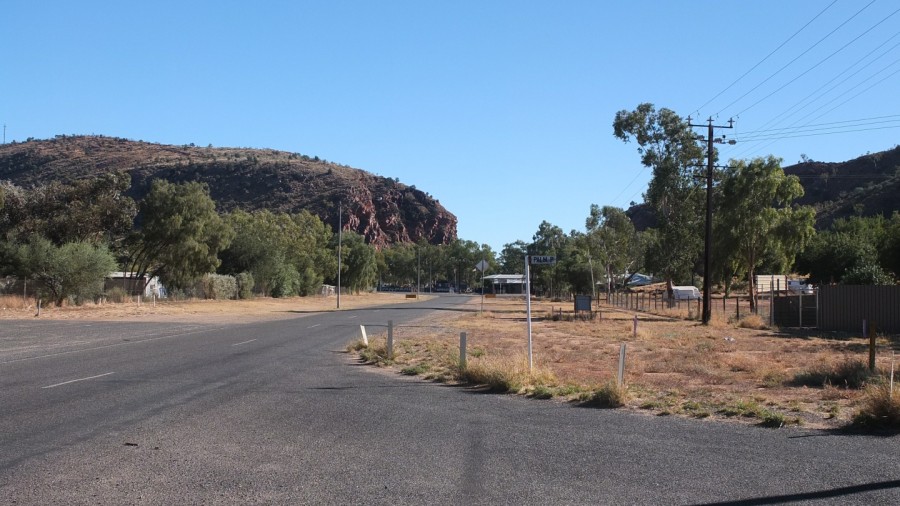 This is another beautiful day without any single cloud. I’m going back to the city centre for a visit :-) 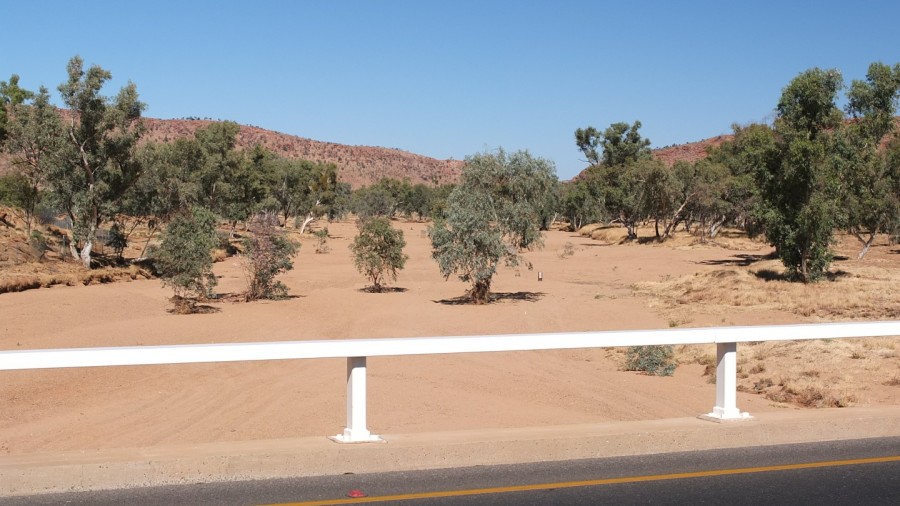 This is Todd River, well Todd River’s bed I must say because the water is not running on the surface now. It can be dangerous to camp here at night because, as said Neil, it can rain 100 kilometres away from here and the water could flow here later without warning! I won’t try :-) 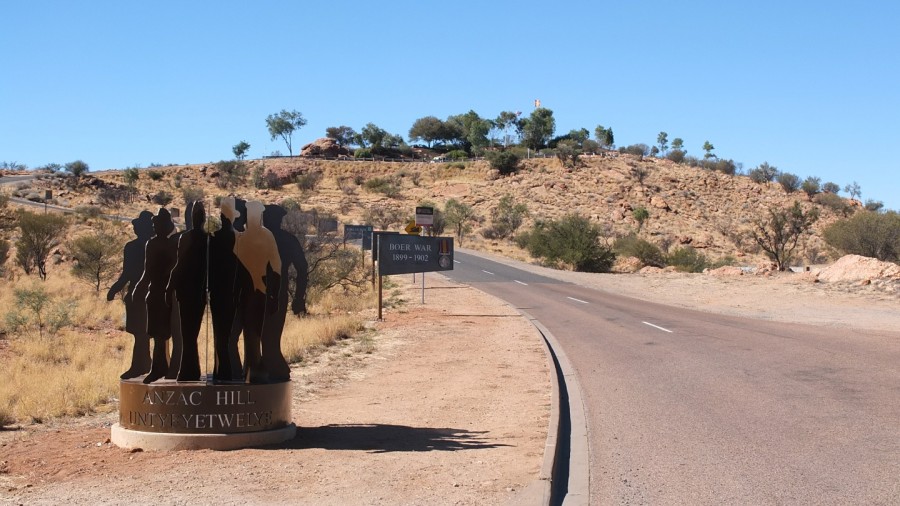 I’m going to visit Anzac hill from where there is a 360 degrees view on Alice Springs. 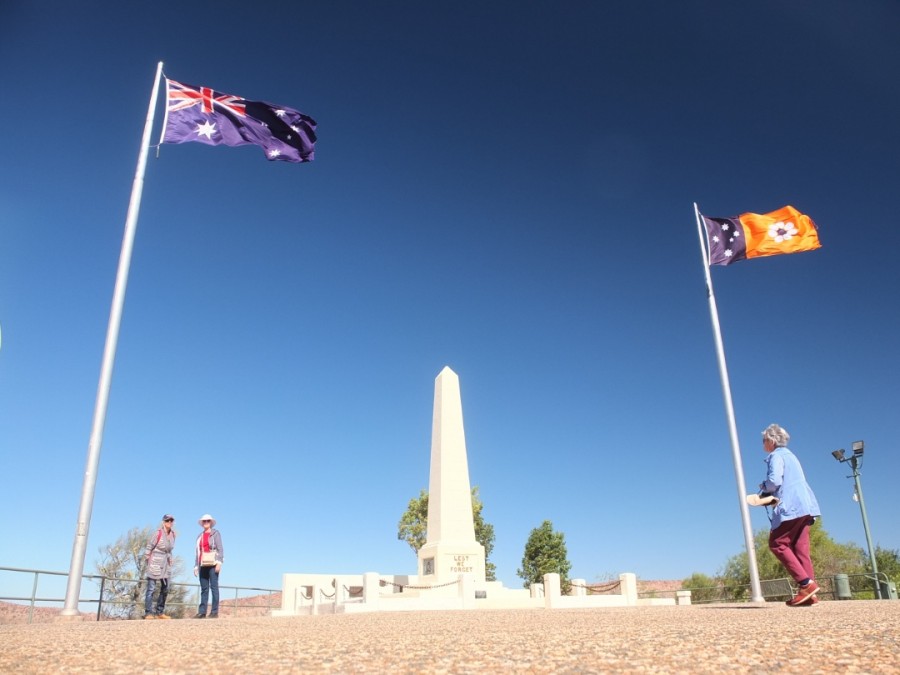 Panoramic view on the MacDonnell Range! The city center is on the right side as “the Gap” as well. 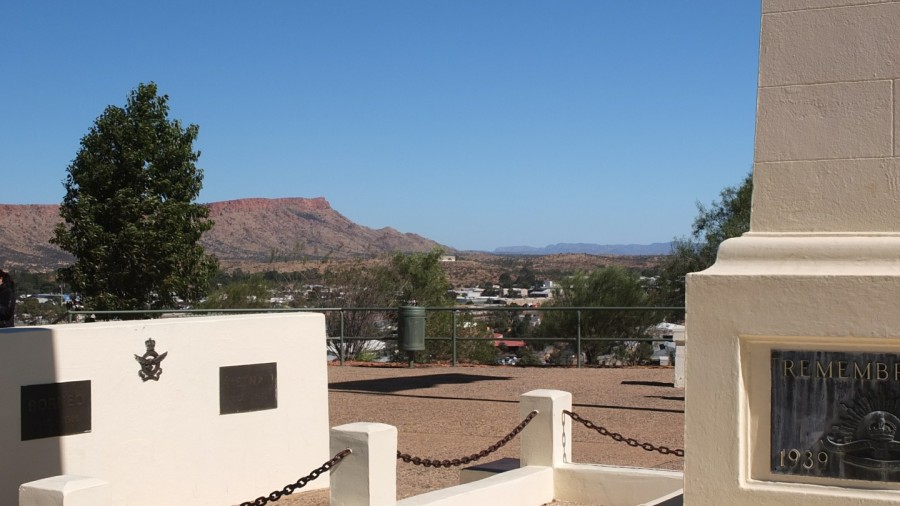 This is the other side of the MacDonnell Range. 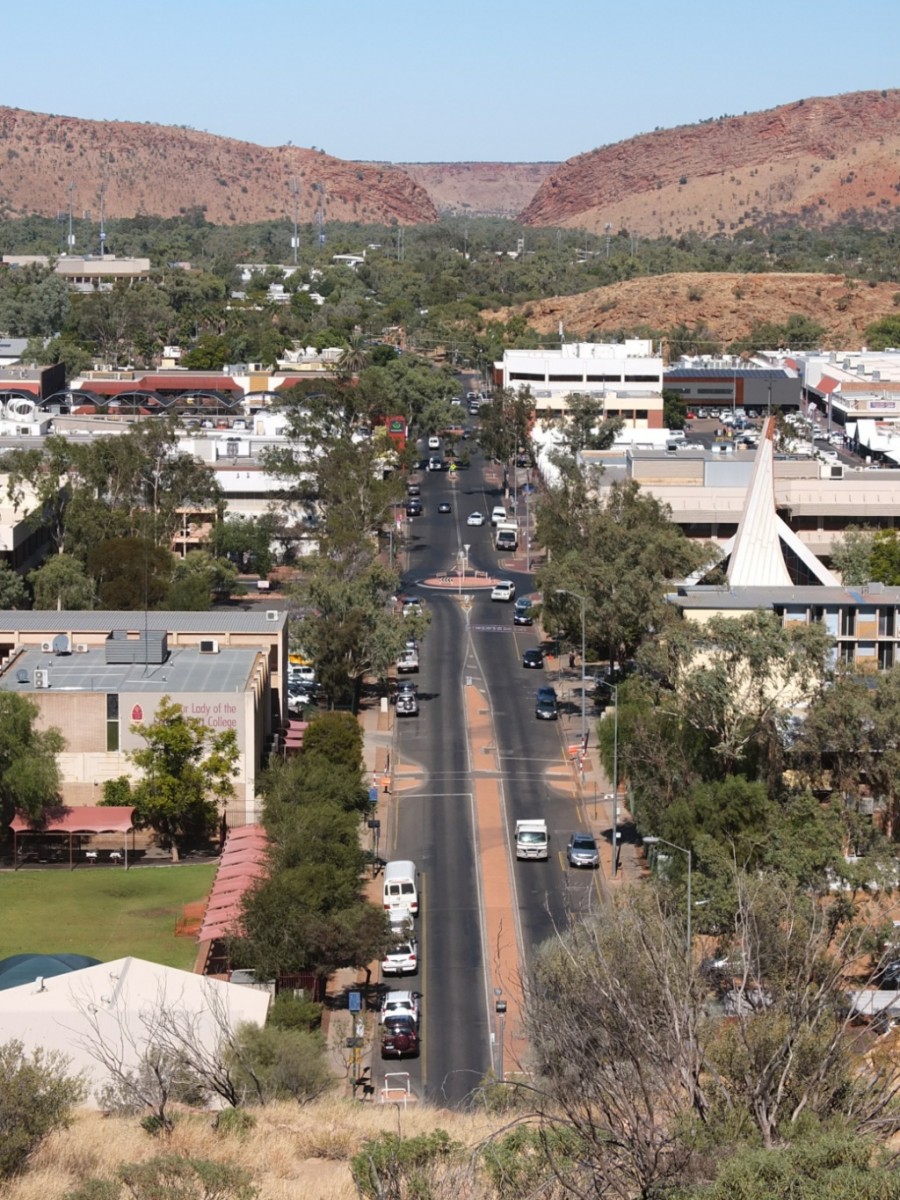 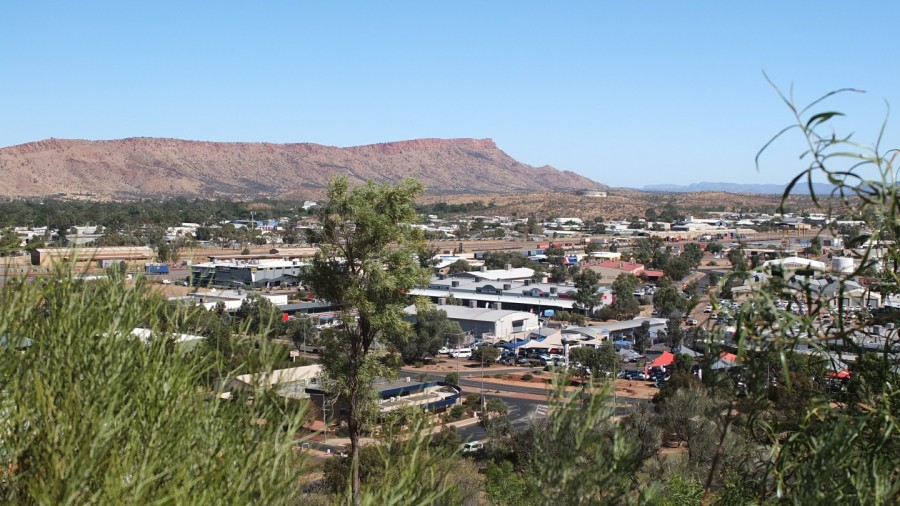 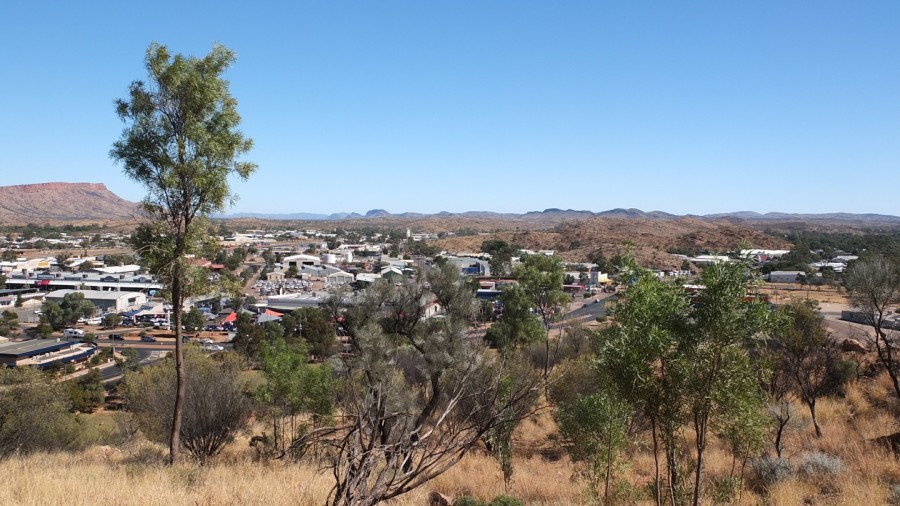 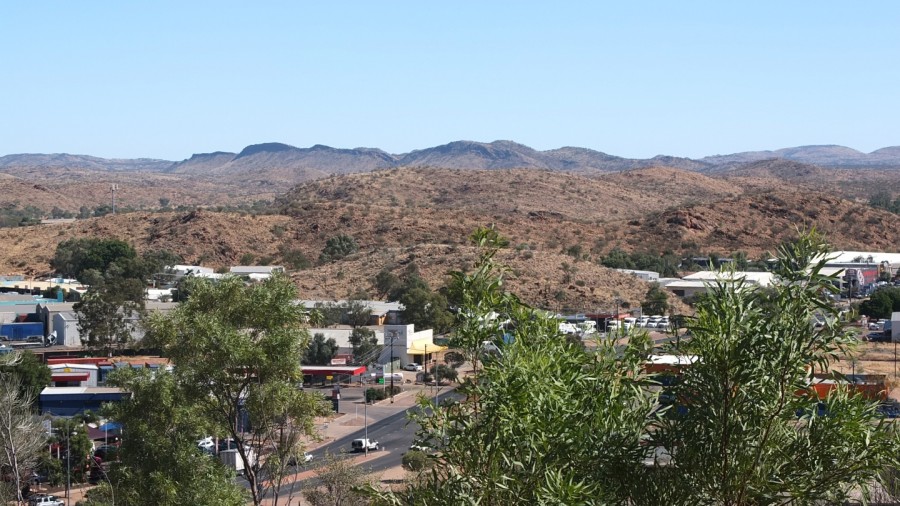 This is the opposite side of the city center. In fact, Darwin is somewhere there, 1500km away :-) 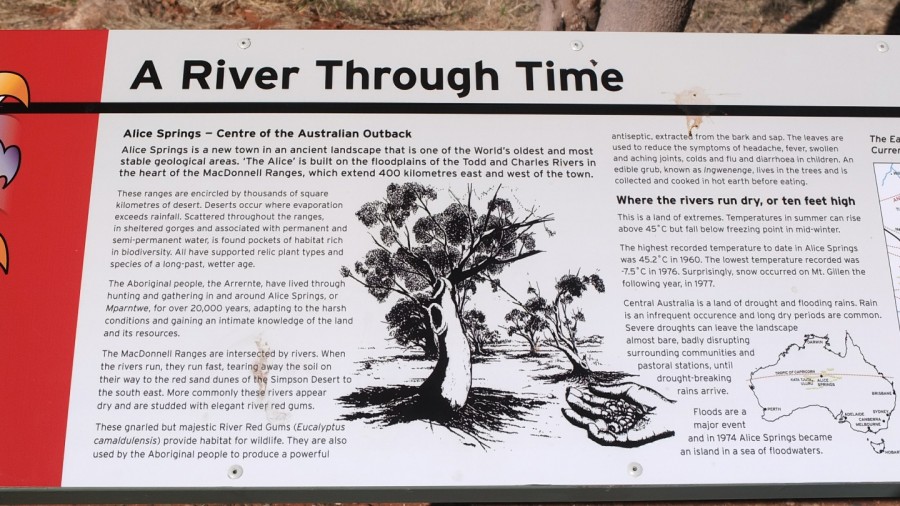 Alice Springs is a new town in an ancient landscape that is one of the World’s oldest and most stable geological areas. “The Alice” is built on the floodplains of the Todd and Charles Rivers in the heart of the MacDonnell Ranges, which extend 400 kilometres east and west of the town. 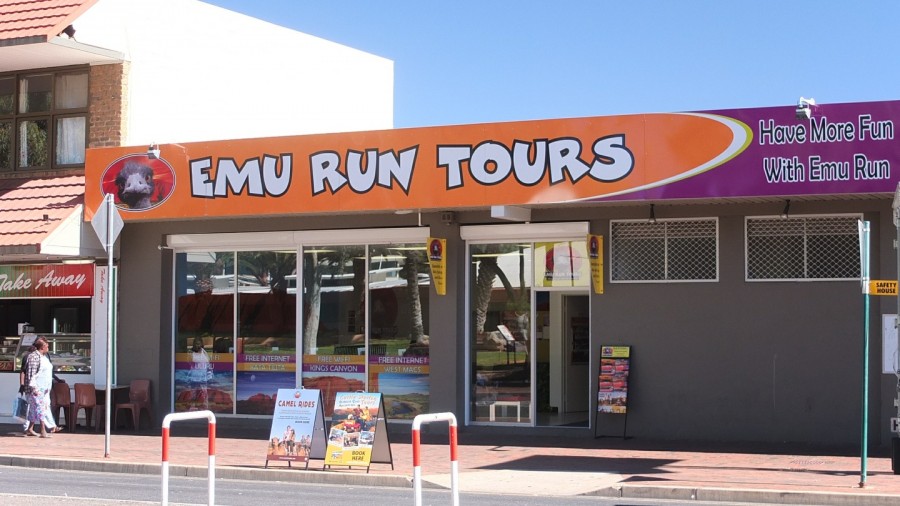 I’m now going to book a tour to visit Uluru, Kings Canyon and another place. Charles, a friend of the Team who join yesterday night told me that this Emu Run Tours company was good so I’m going straight to it. 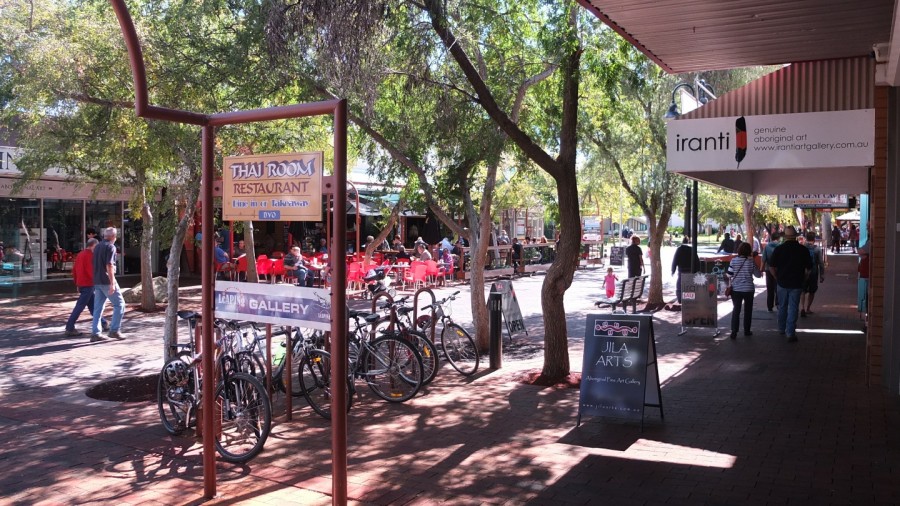 This is the city centre where no car is allow. An this is here where I found most of the art gallery. 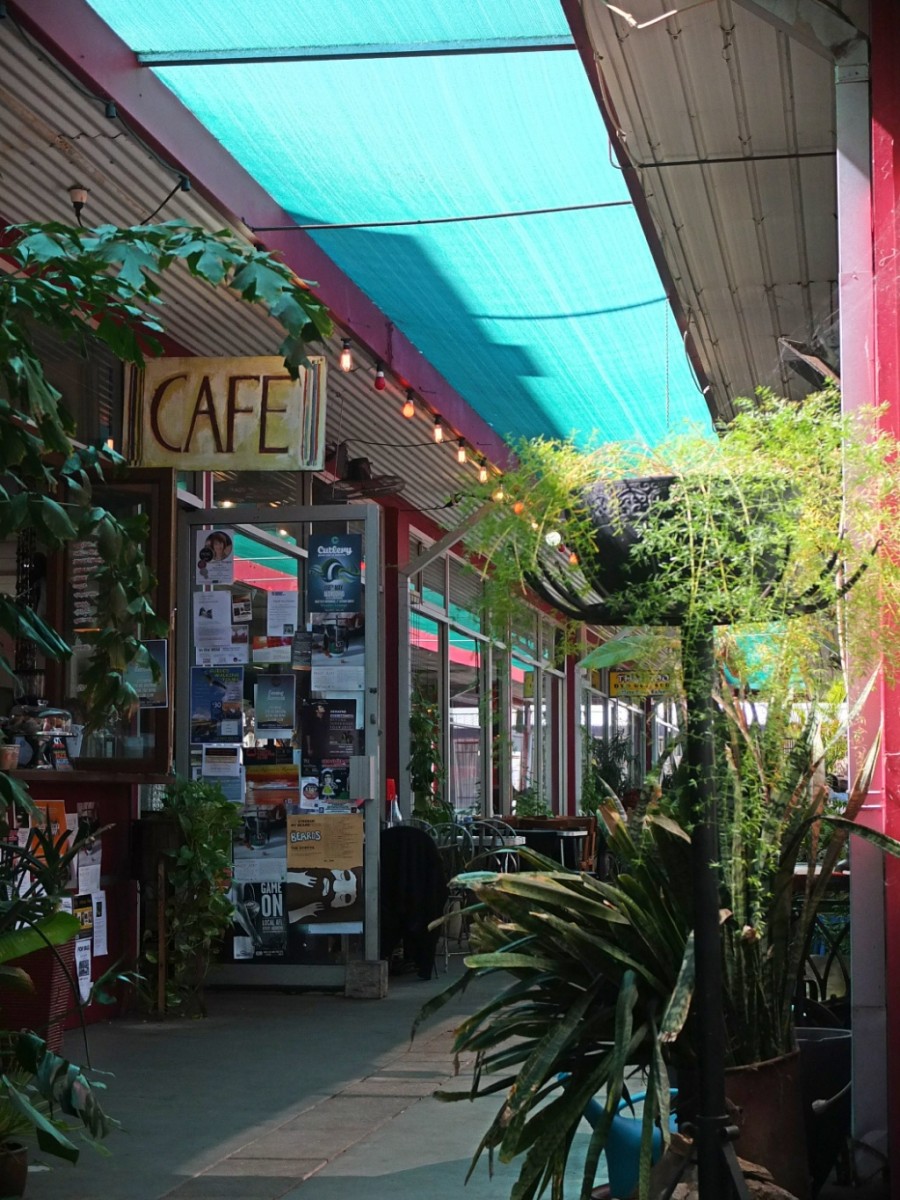 Small street with nice cafe and plants around.

Let’s start the visit! I could not take any pictures of the paints so I bought some postcards and take a picture of it! The result is satisfied and it gives an idea of what is Aboriginal fine art :-) I wish I had the money to buy some paint but it’s far too expensive for my budget. The price start from $40 for a tiny one until $50000! One day… Maybe… Enjoy, these one are free to watch ;-) 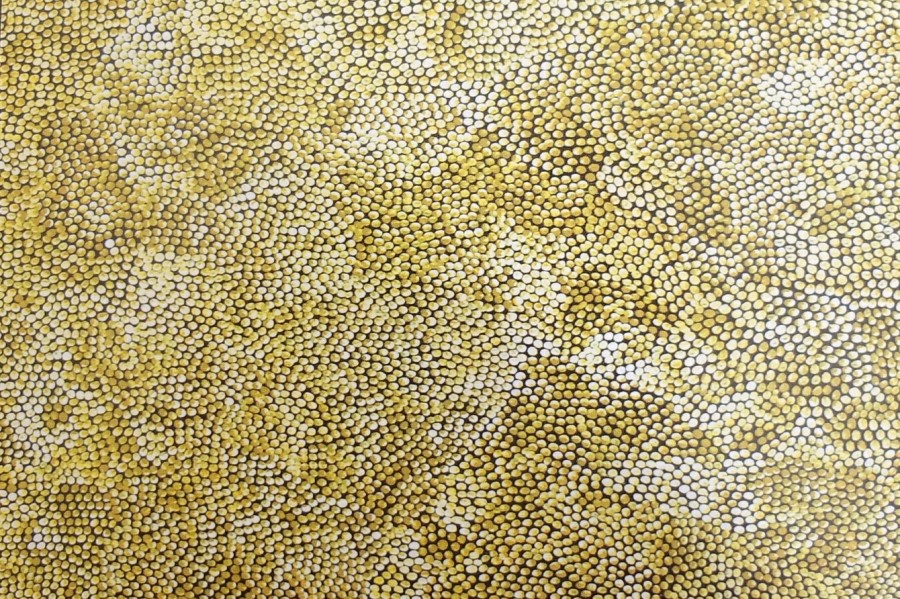 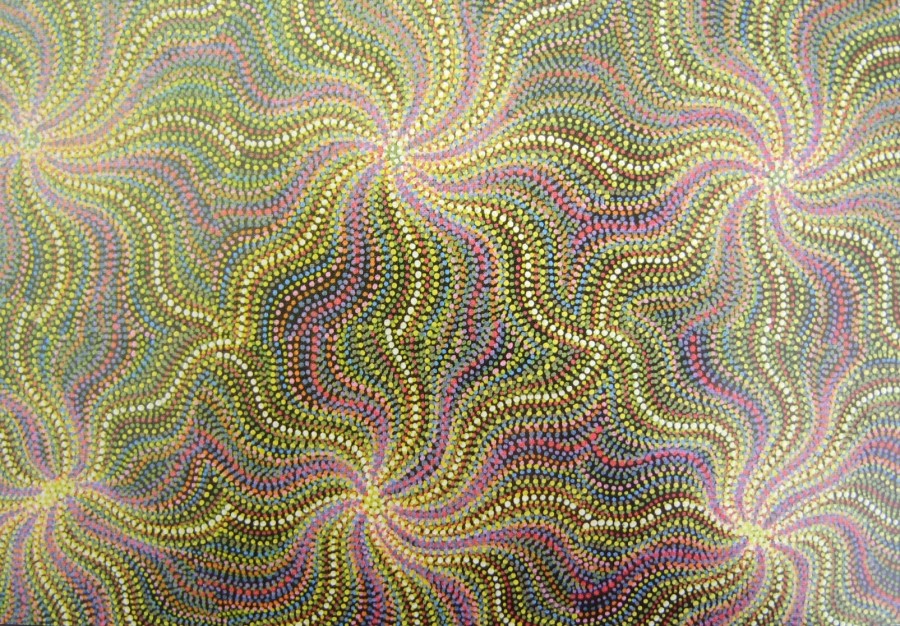 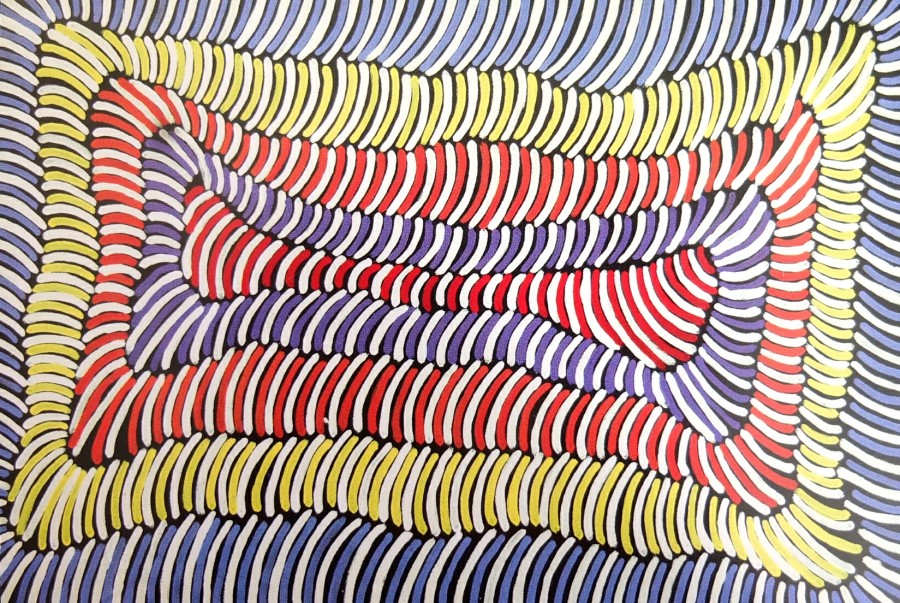 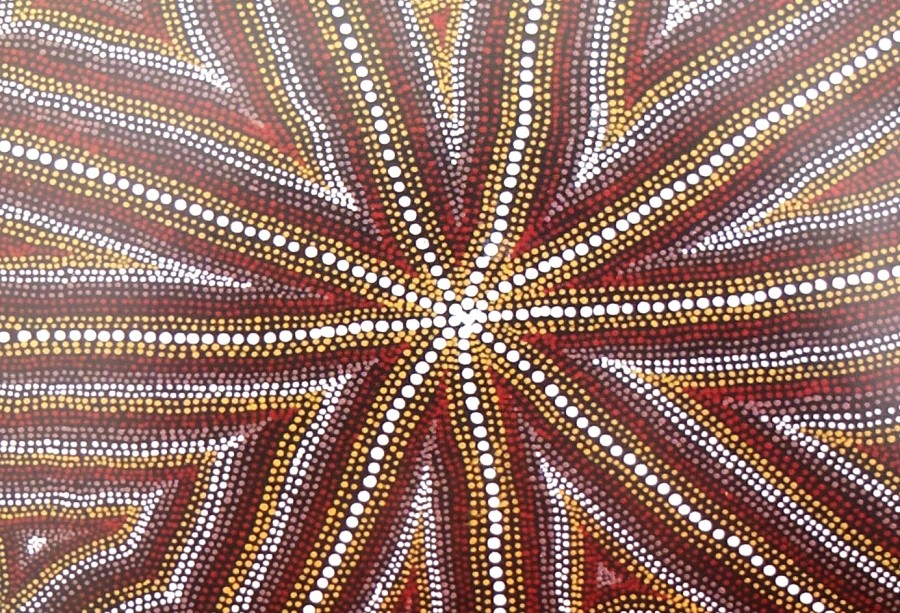 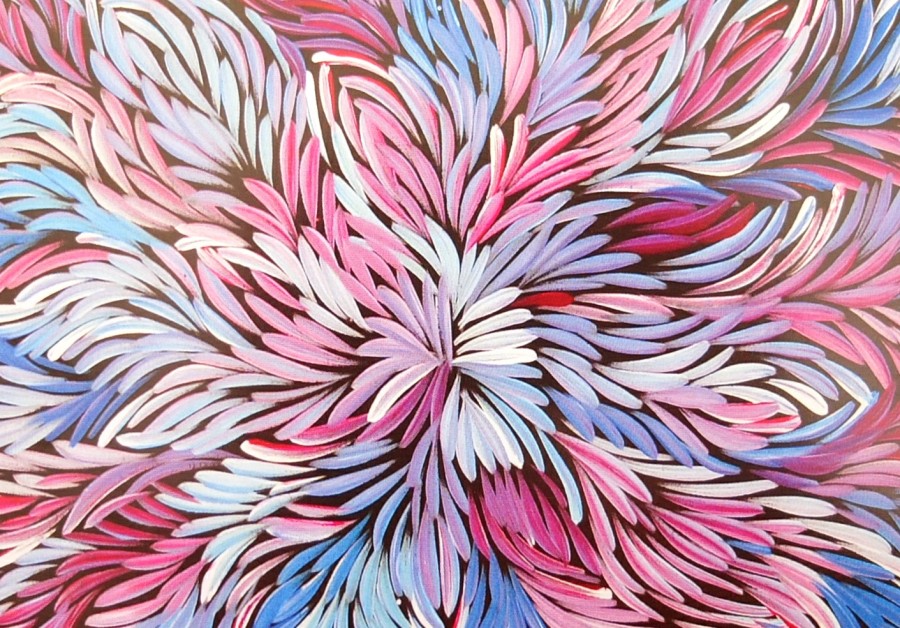 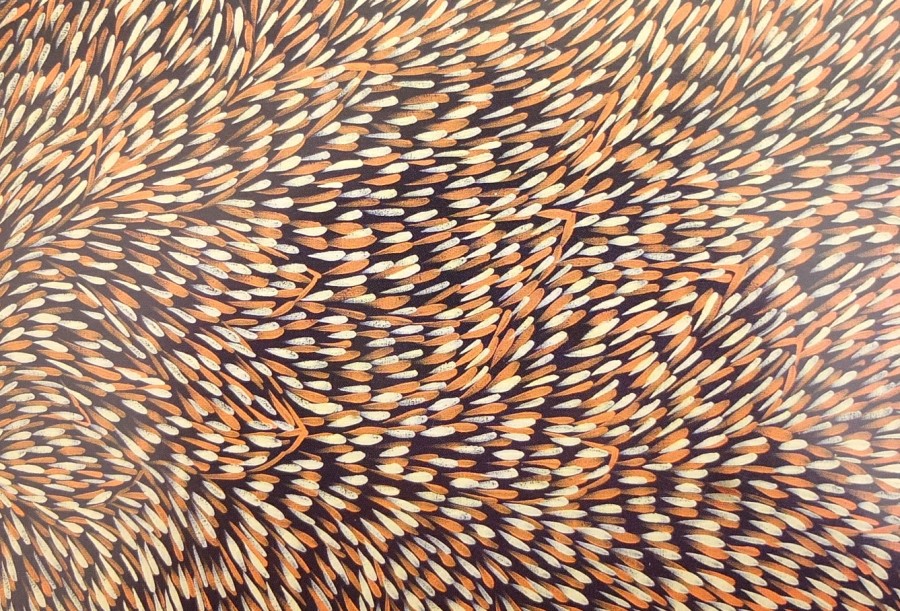 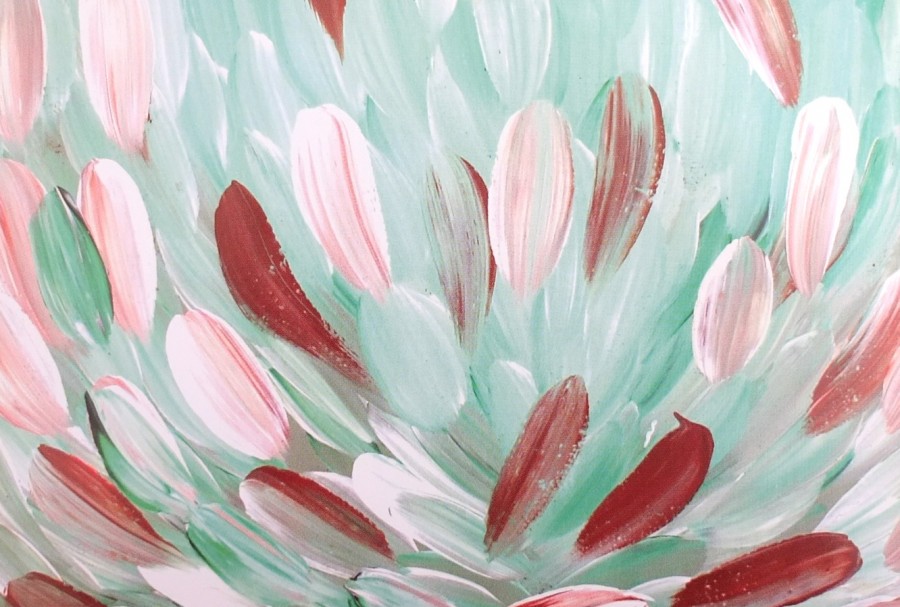 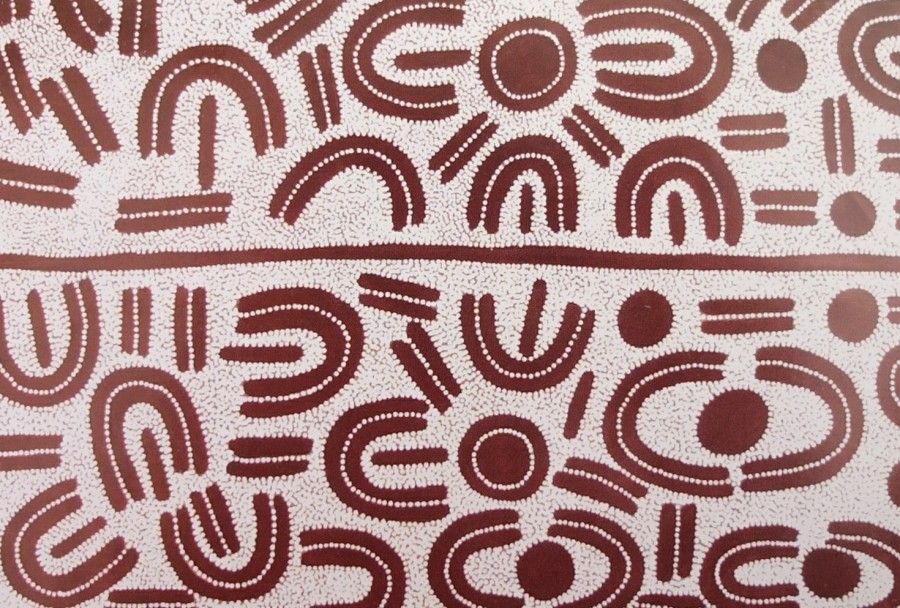 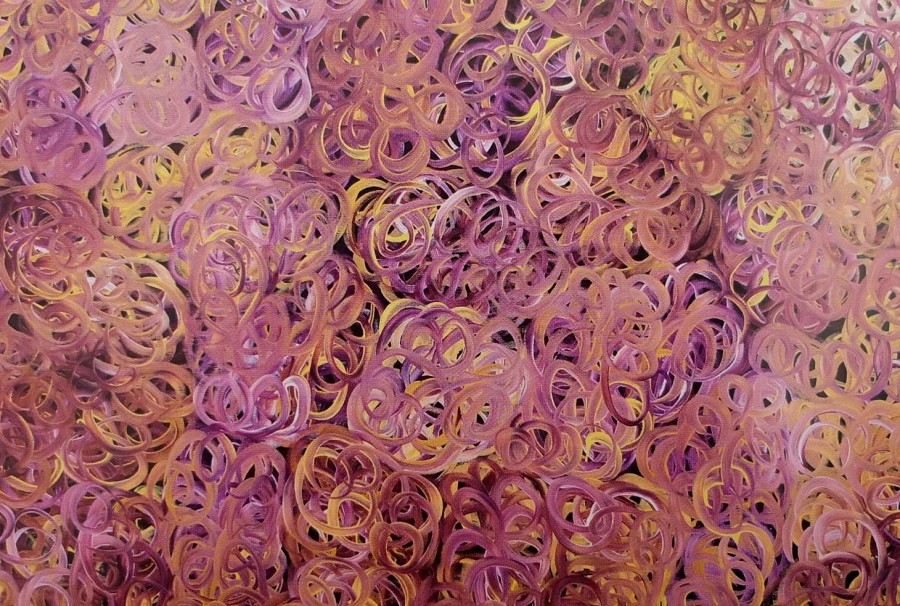 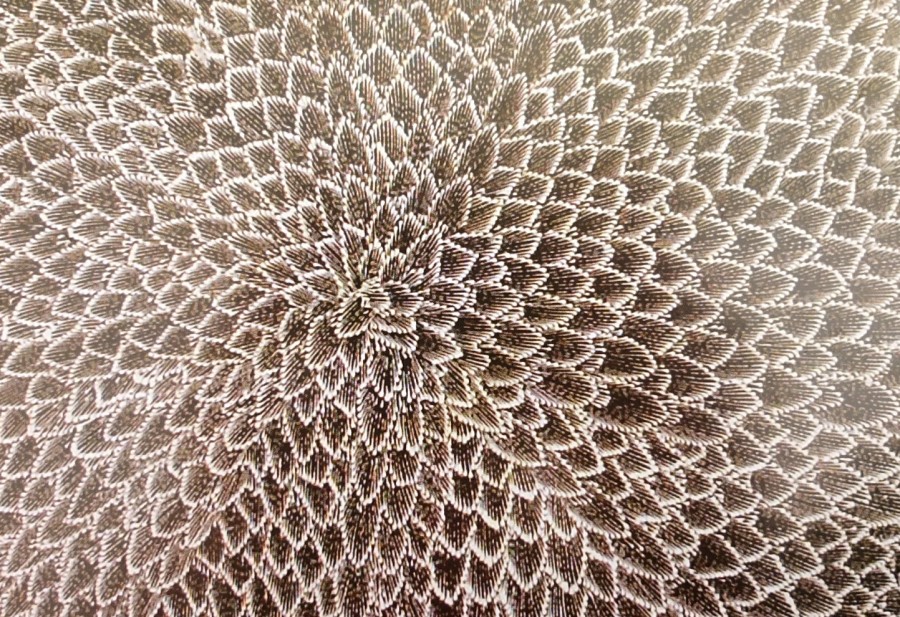 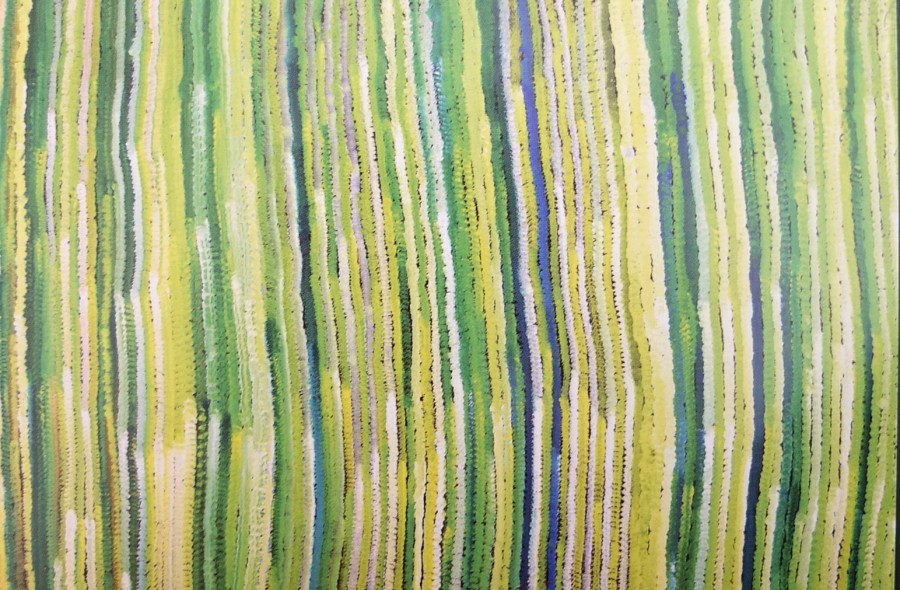 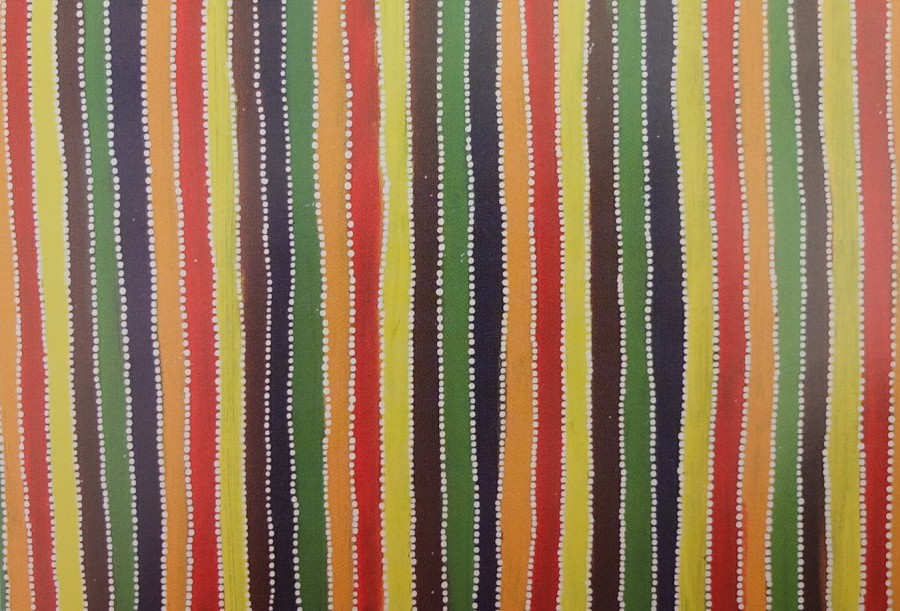 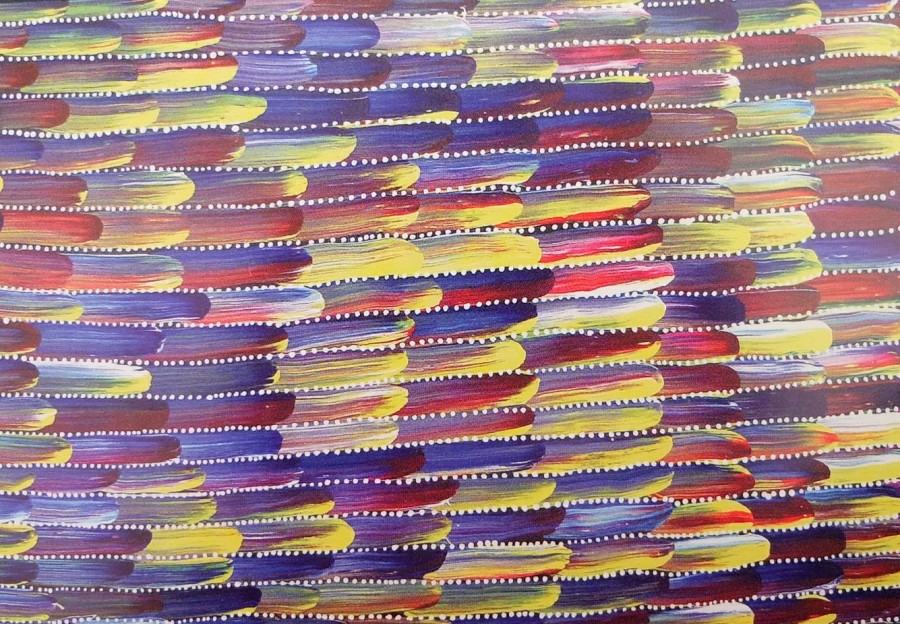 3 thoughts on “Alice Springs, look around”