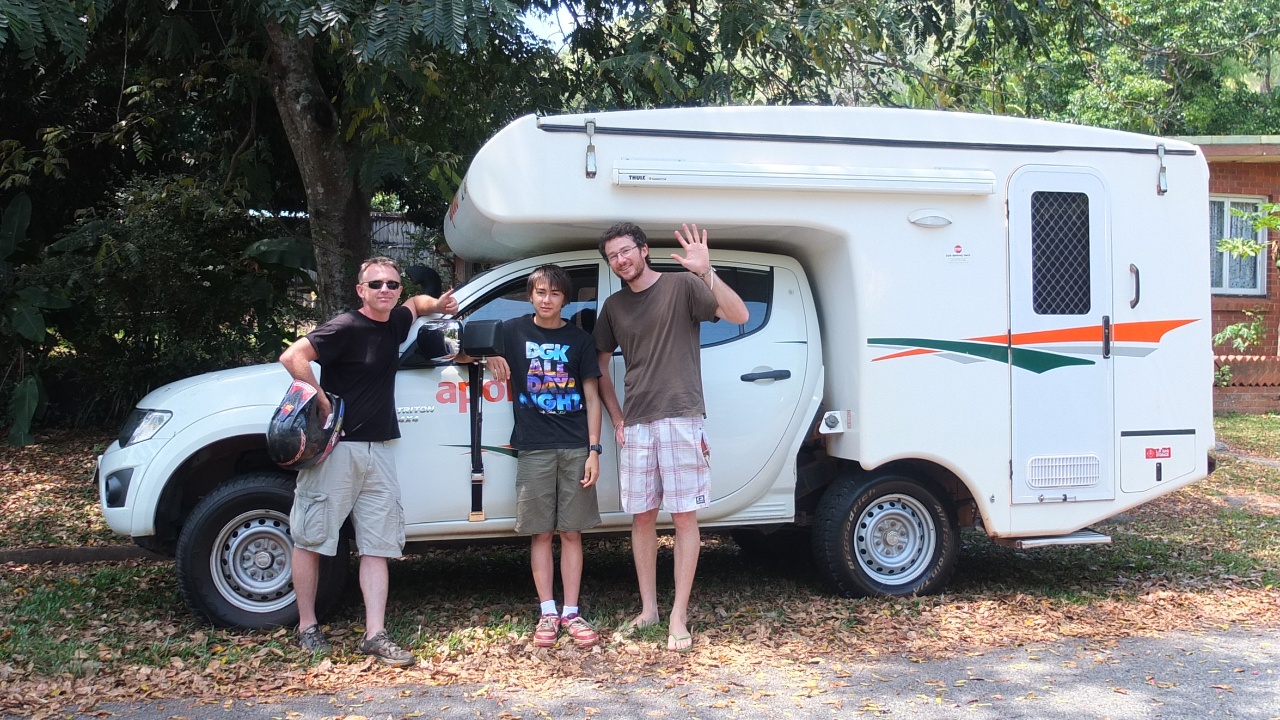 Hi, this is the day. After two month spend in Cairns with Martin, Yoko and Marco I’m finally leaving. I didn’t find any farm job around so I decided to rent a car until Brisbane and then cycle again to find this bloody work!
Bye bye and thank you very VERY much for you kindness :-D I will see you in 6 months :-) 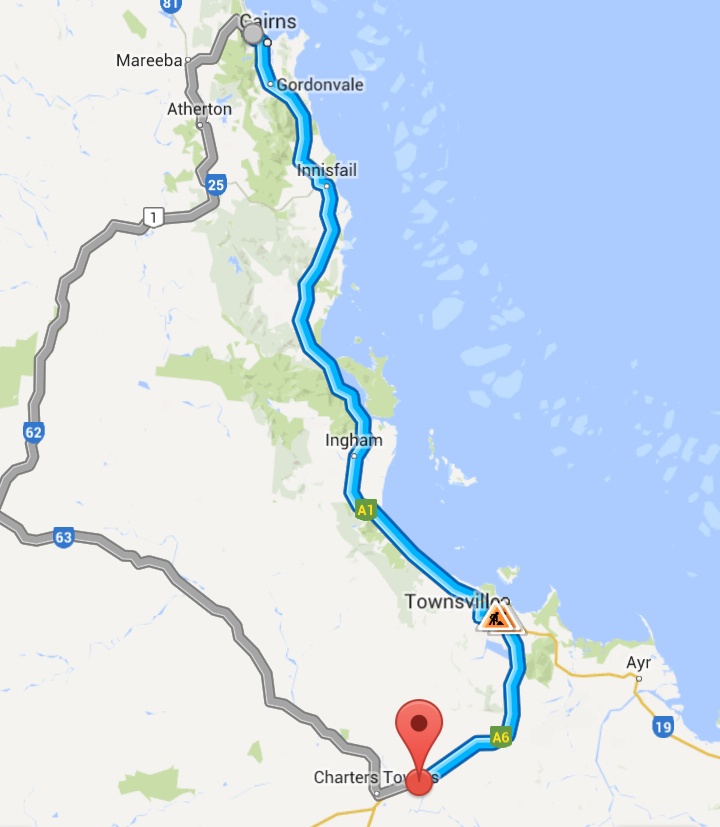 This morning I went to get my car to the Apollo Office and the guy, a French, explained me why Australian people doesn’t like us. Last week, young French guys from Marseille wanted to fight against their agency because they didn’t have enough money to pay the rent… crazy!
He also said that in Sydney some French (certainly drunk) people painted a statue. Why? Why are you so silly guys? And now I understand much better why nobody called me back… 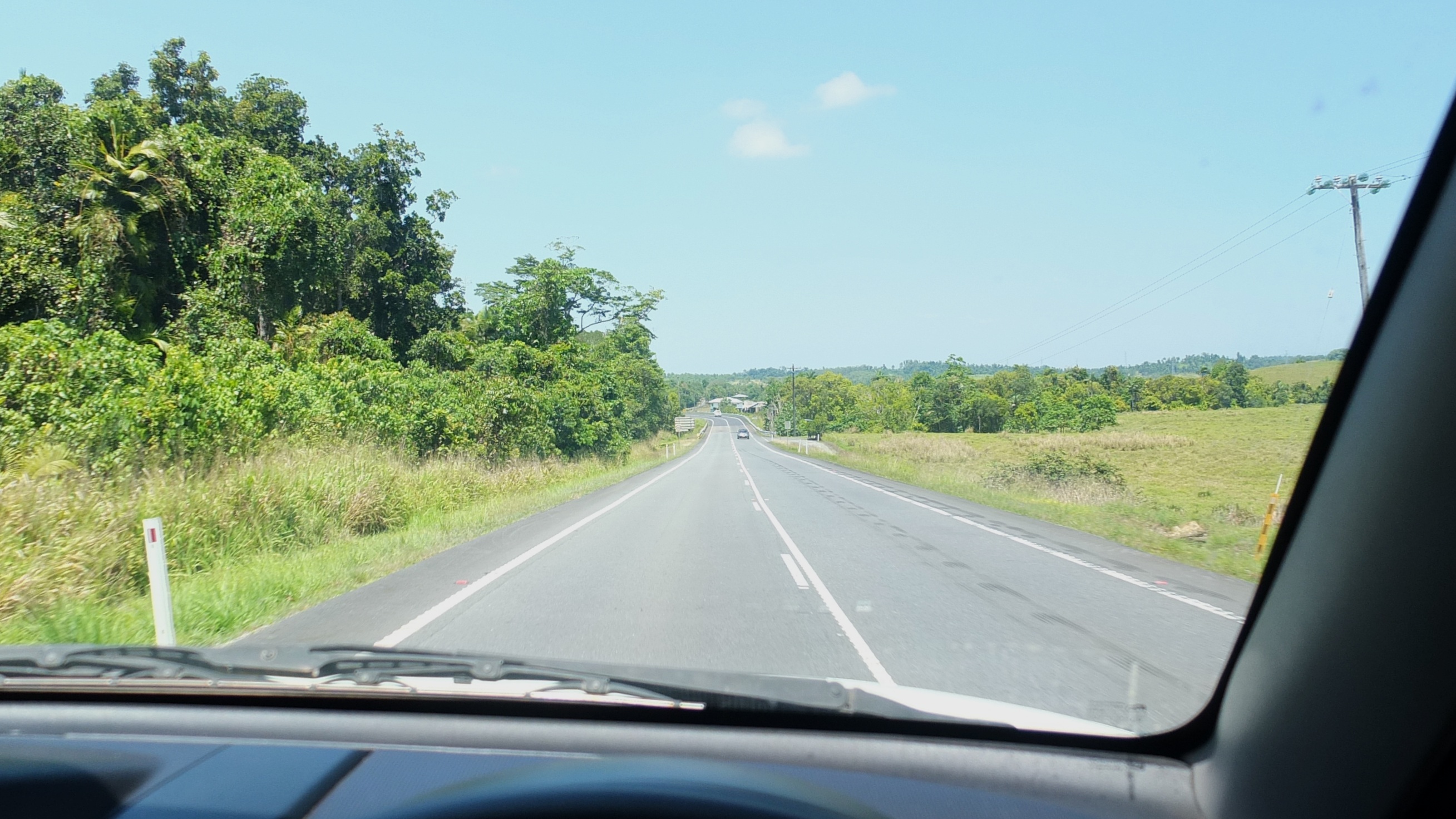 Ok, I know it’s not good to take picture when I’m driving. I prefer cycling because I can stop almost anywhere. 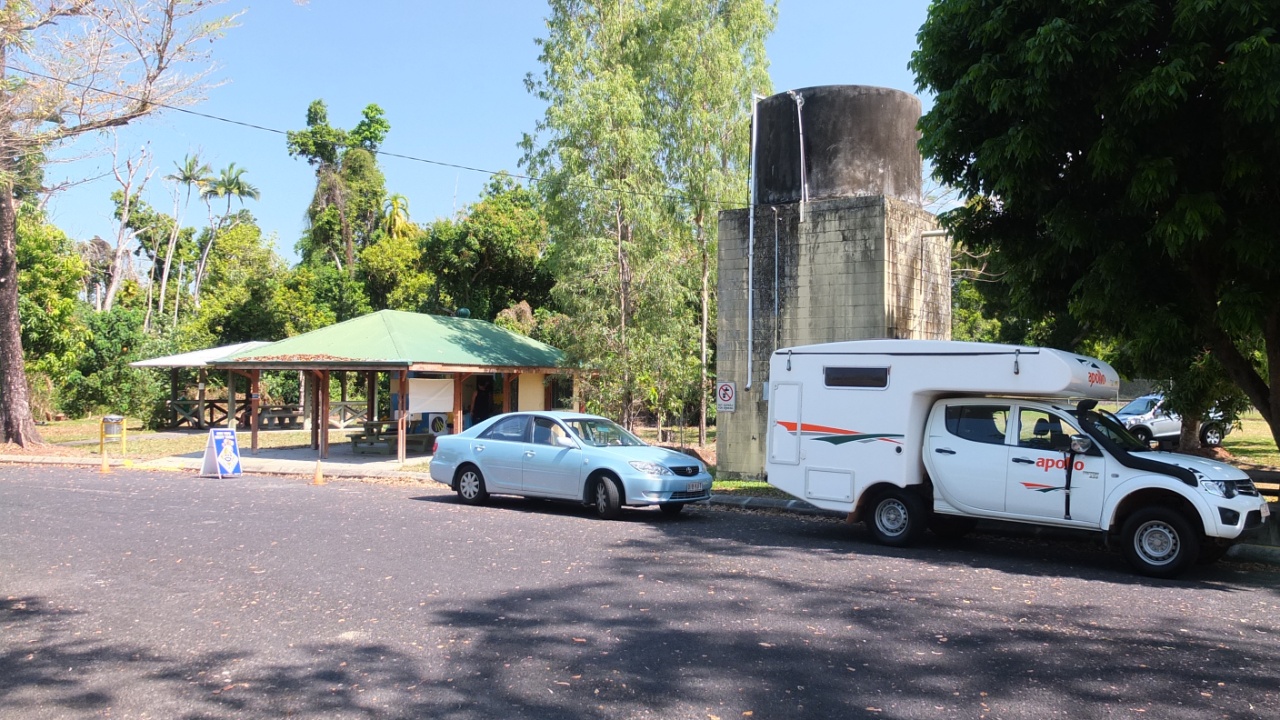 2 hours later, a first break. A couple working for the government offer tea/coffee and cookies for drivers. Nice :-) 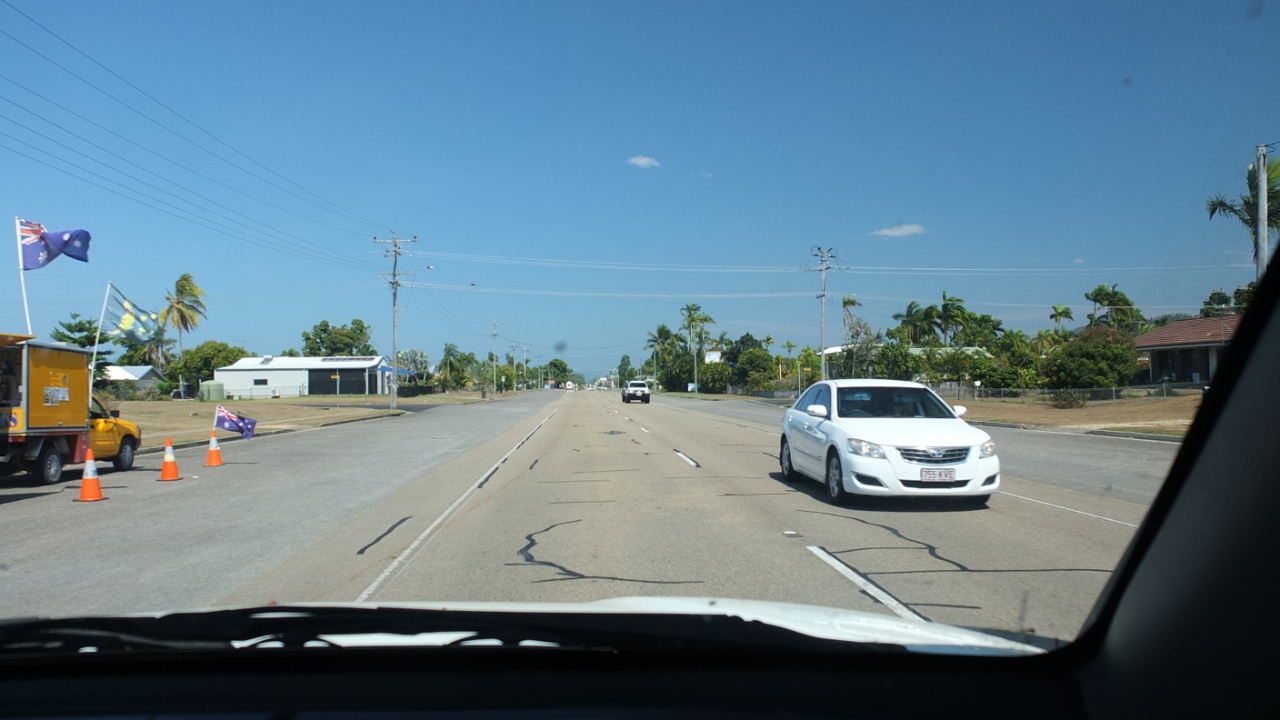 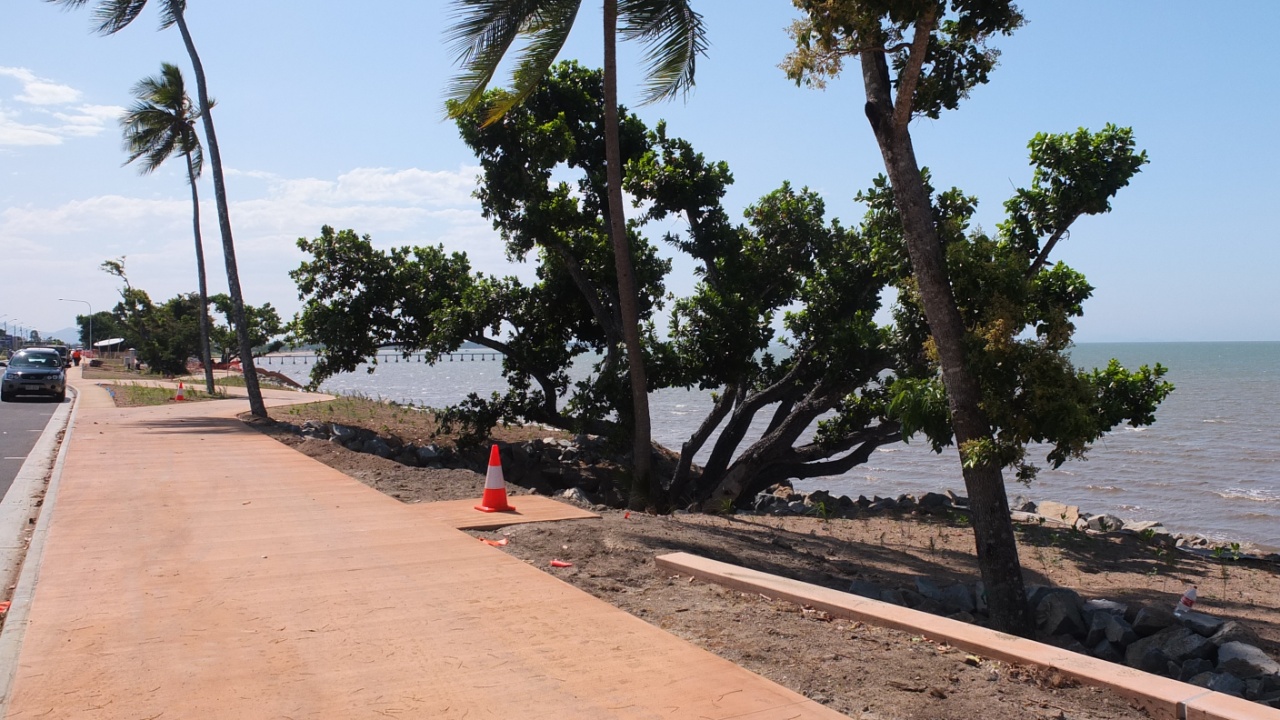 I’m actually travelling alobg the ocean but after Townsville I’m gonna drive inland because in 6 months I will go back to Cairns along the coast road. I don’t want to spoil myself :-) 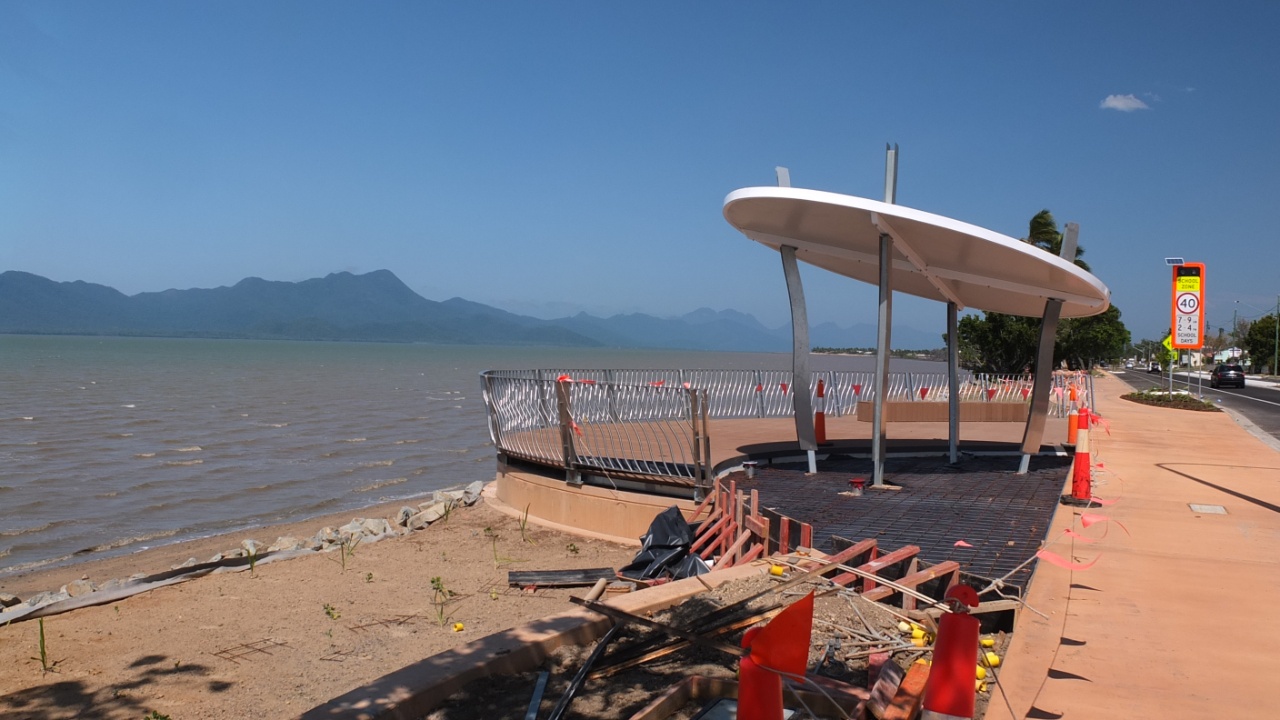 And maybe those works will be finished and I could take a better picture than this… ;-) 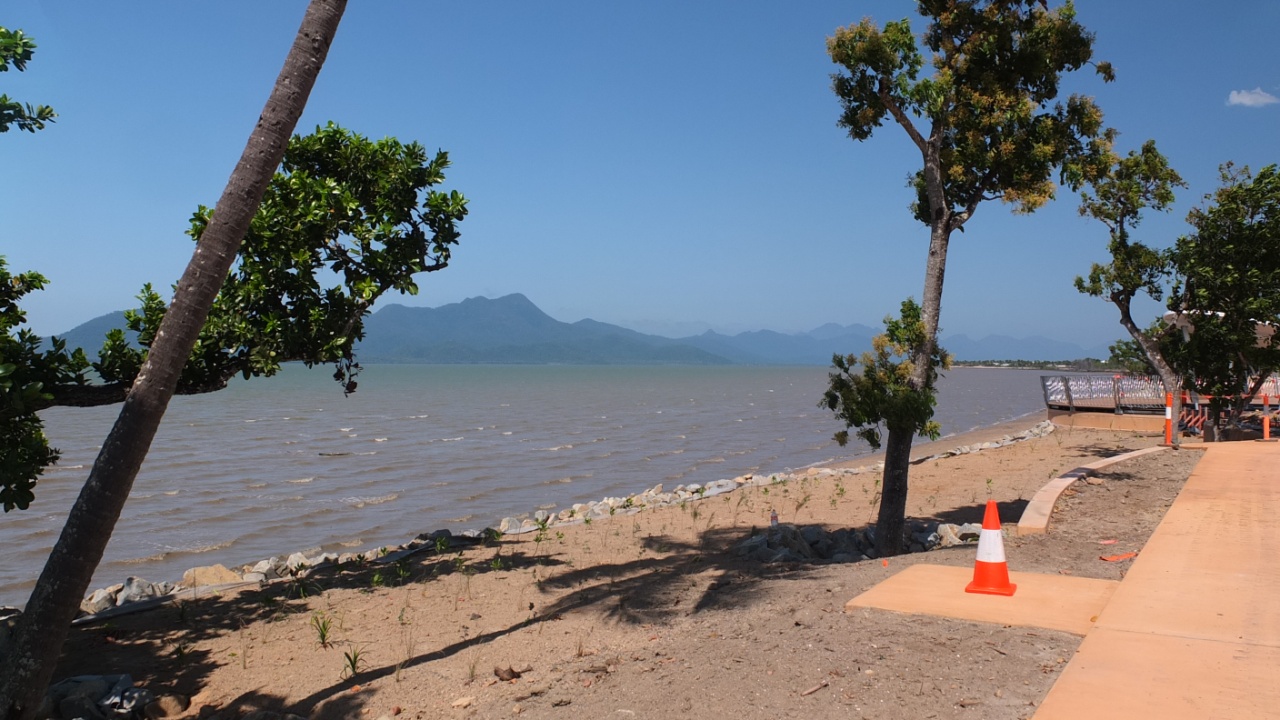 Nice view (without the cone) 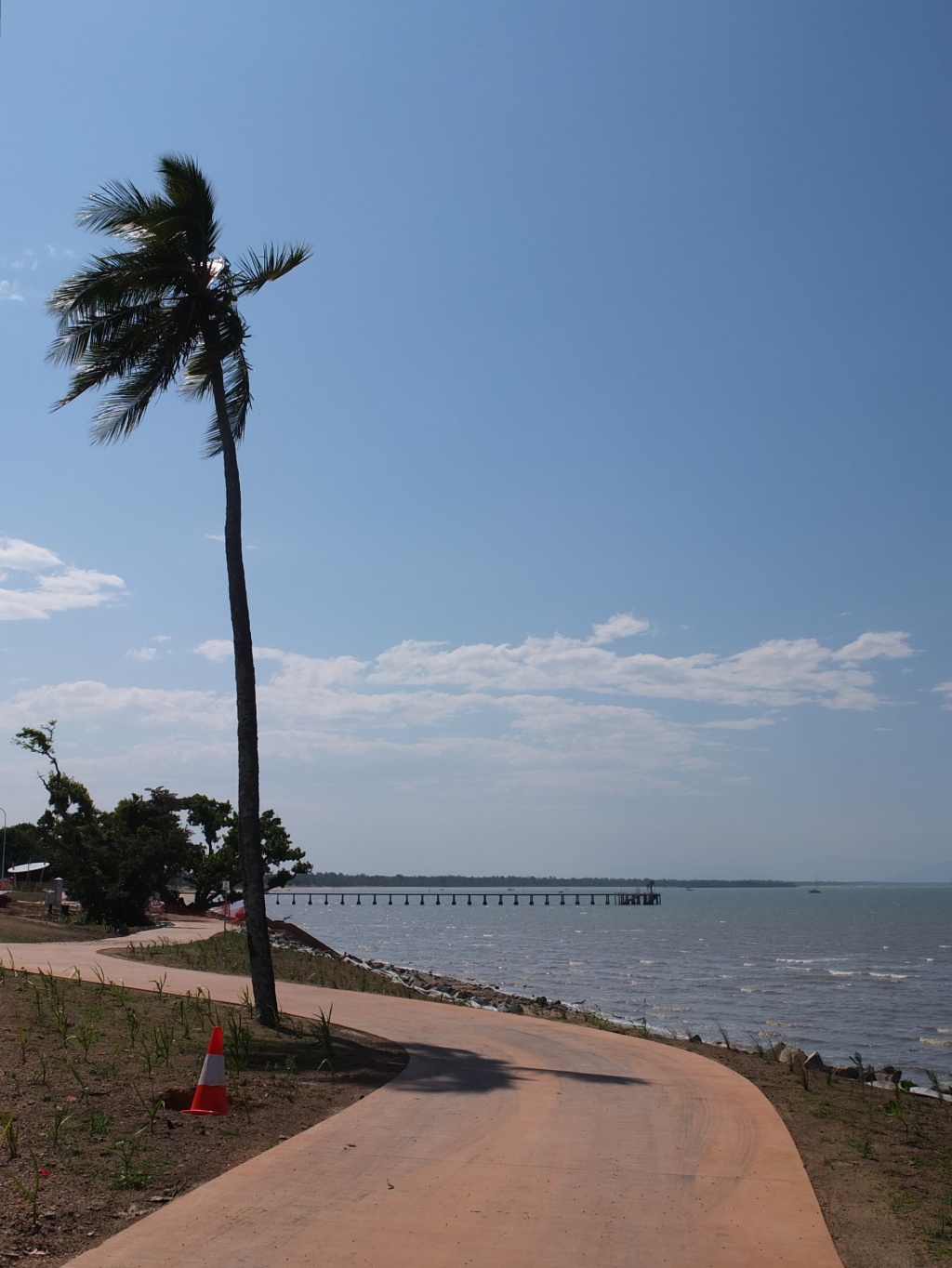 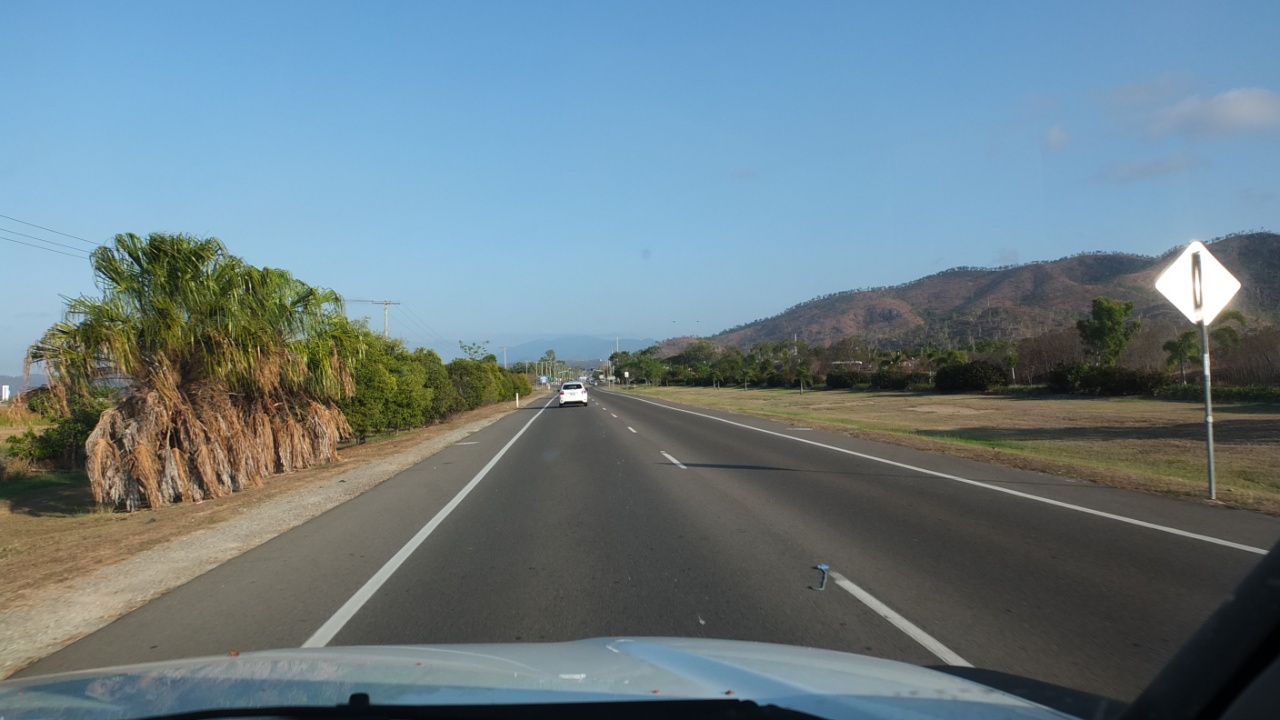 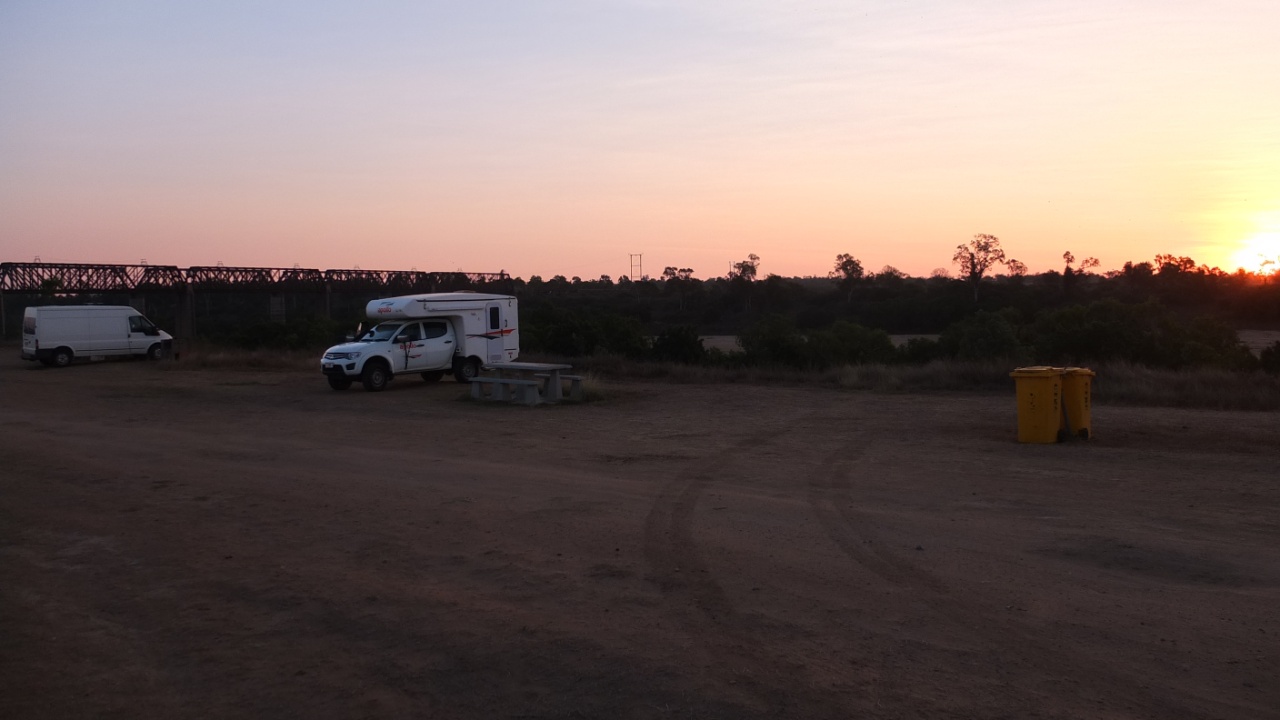 It’s around 6pm and I’ve reach a free campsite with toilets and shower, just what I need. 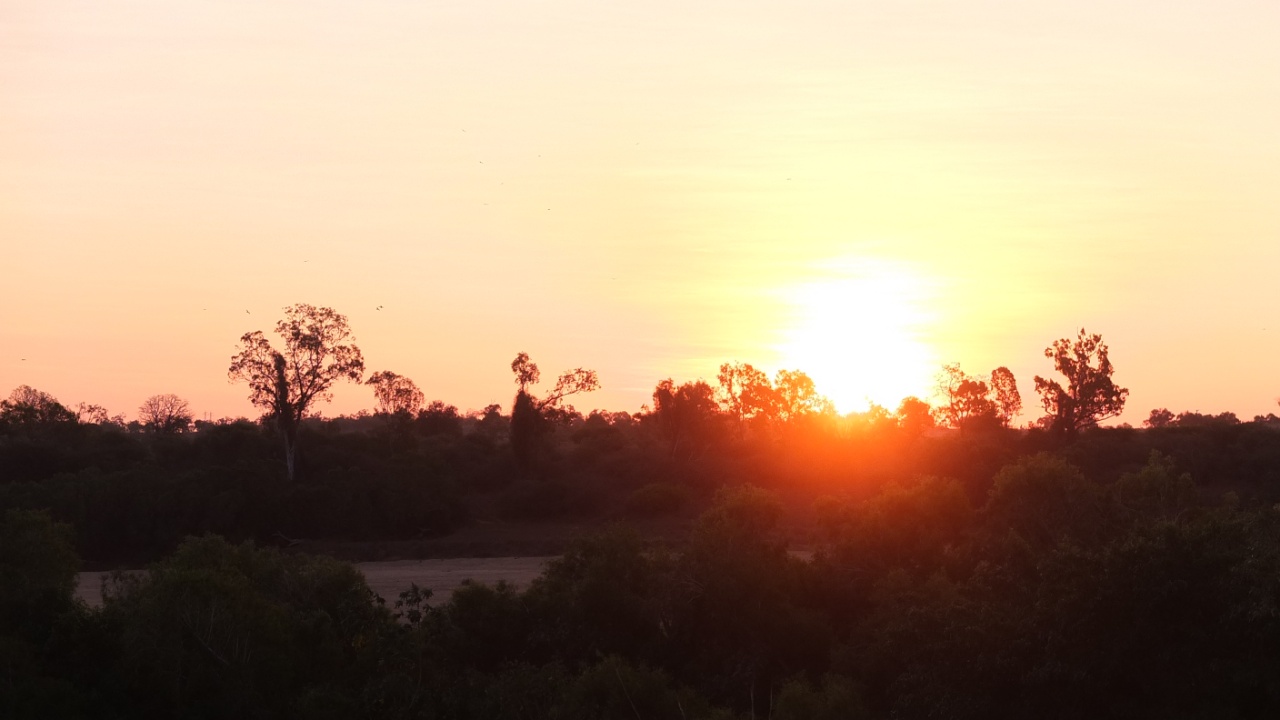 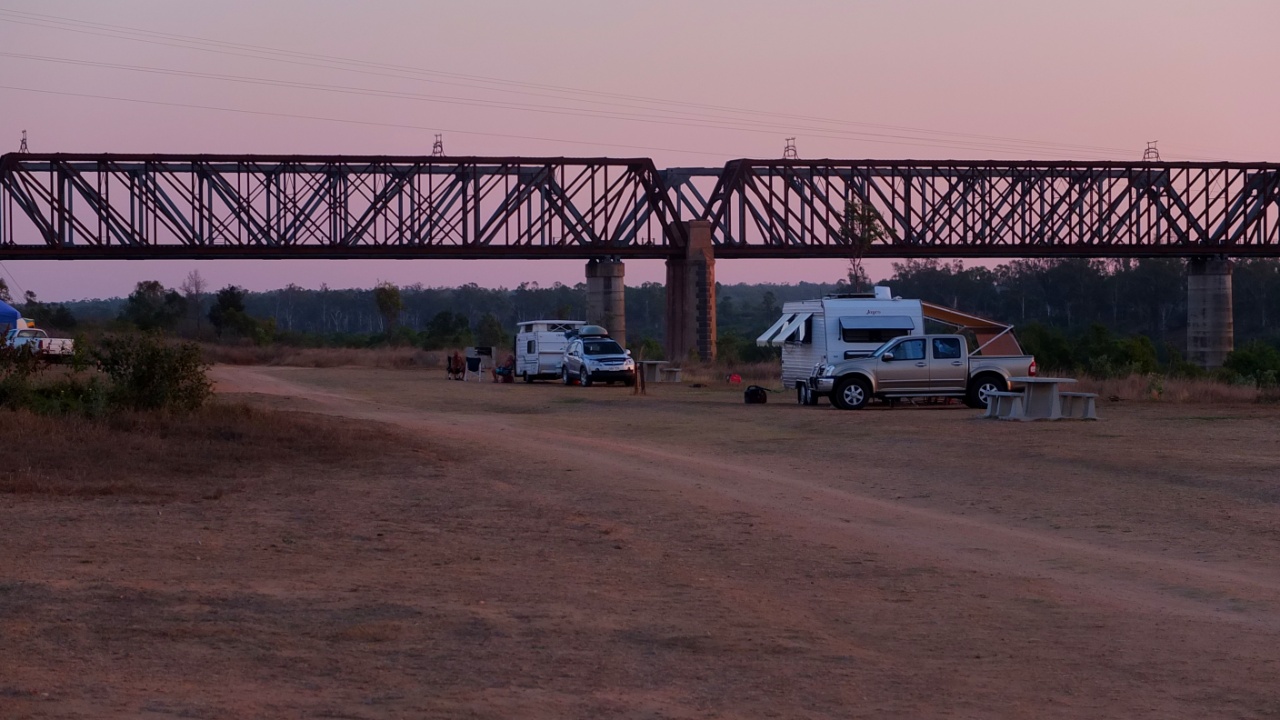 And it’s already getting dark. Eating and sleeping. I would like to update my blog but the internet connection is very slow…
I met a guy this evening in the campsite. He is from Ireland and told me as well that French has a very bad reputation here. He lives in Australia since 30 years and he never seen something like that before. New fu***** French generation! Useless! Yes I’m angry.