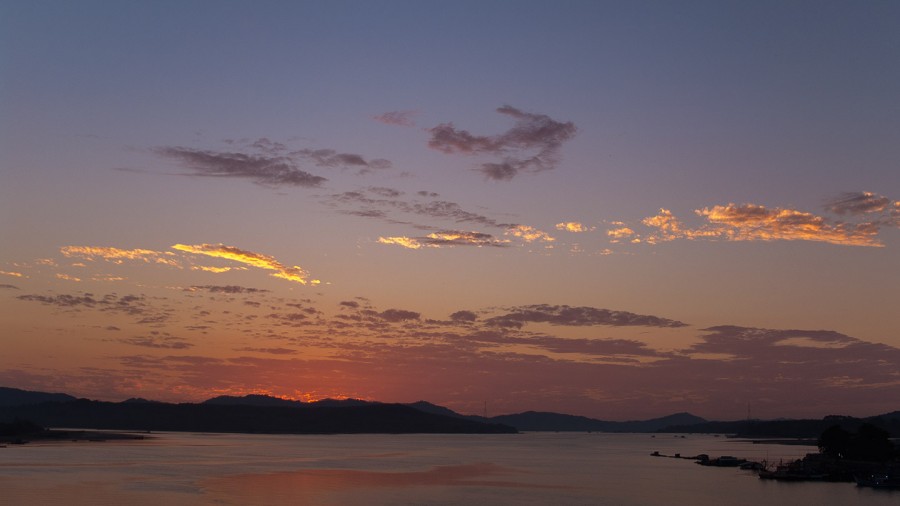 Not very much happened today. We cycled for 90% of the time on the same road as we did few days ago when we came to Phuket. That’s only during the last 10 kilometres that we got on a different road. Mostly we cycled against the wind. It was not so strong but annoying enough. Around 6pm we looked for a temple where to sleep. The only one we’ve found seemed to be a school. We did not see anybody to speak to so we carried on.

Finally, as we did not see any other place with a roof that could protect us from an unexpected rain, we stopped in a palm oil field. That was a long time I’ve slept in one of those. The first thing I’ve noticed was the size of the trunks. They were too large for my straps to do a loop around those palm trees. After a quick check of the surface of the trunk, I decided to attach the strap around three piece of old palm tree branch which seemed strong enough. I tested it. All good. I took my shower, organised my stuff and finally hopped carefully in my hammock (as always). It lasted less than a minute when suddenly something collapsed and I felt myself falling on the ground (which is very close). I did not fall directly on the ground but on some palm branches. The reception was smooth though but I realised very (too) quickly that those branches pierced the hammock in many places… Nooooooooooooo! I bought this expensive and extra good piece of kit less than 6 months ago and it’s already done! Why Am I so dumb sometimes? I woke up, furious, and checked which of the attachment that had failed. Actually one of those piece of old palm branch was rotten and failed so the hammock went down. I fell low enough to touch the dead spiky branches underneath myself. That’s very bad luck. Normally I would never ever stop here because of the size of the trees but it was late and we were tired. Still furious, I laid down the footprint on the dusty ground, through my broken hammock on the ground, zipped myself in and slept like this. This has been one of the worse night. Tomorrow I really hope I will be able to find a place where I can fix this mess. Silly me! 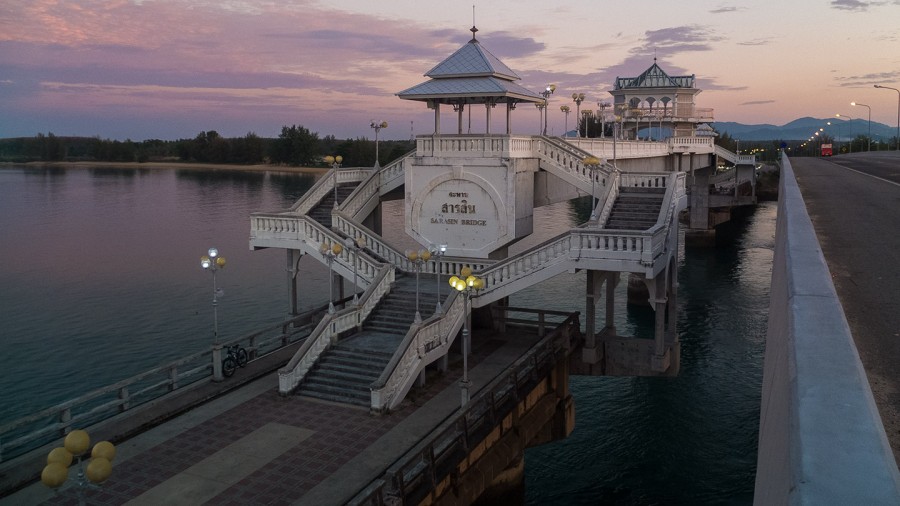 The Sarasin bridge that connected the peninsula of Phuket with the rest of Thailand is the only interesting thing I’ve noticed today. When we passed here few days ago we did not really see it because we were on the other side of the road. That’s only this morning that we discovered this nice bridge. Then, as you know it, the day was quite boring. Nothing happened until that bad experience with my bloody hammock… All my fault. Mistake make us learn. I did.