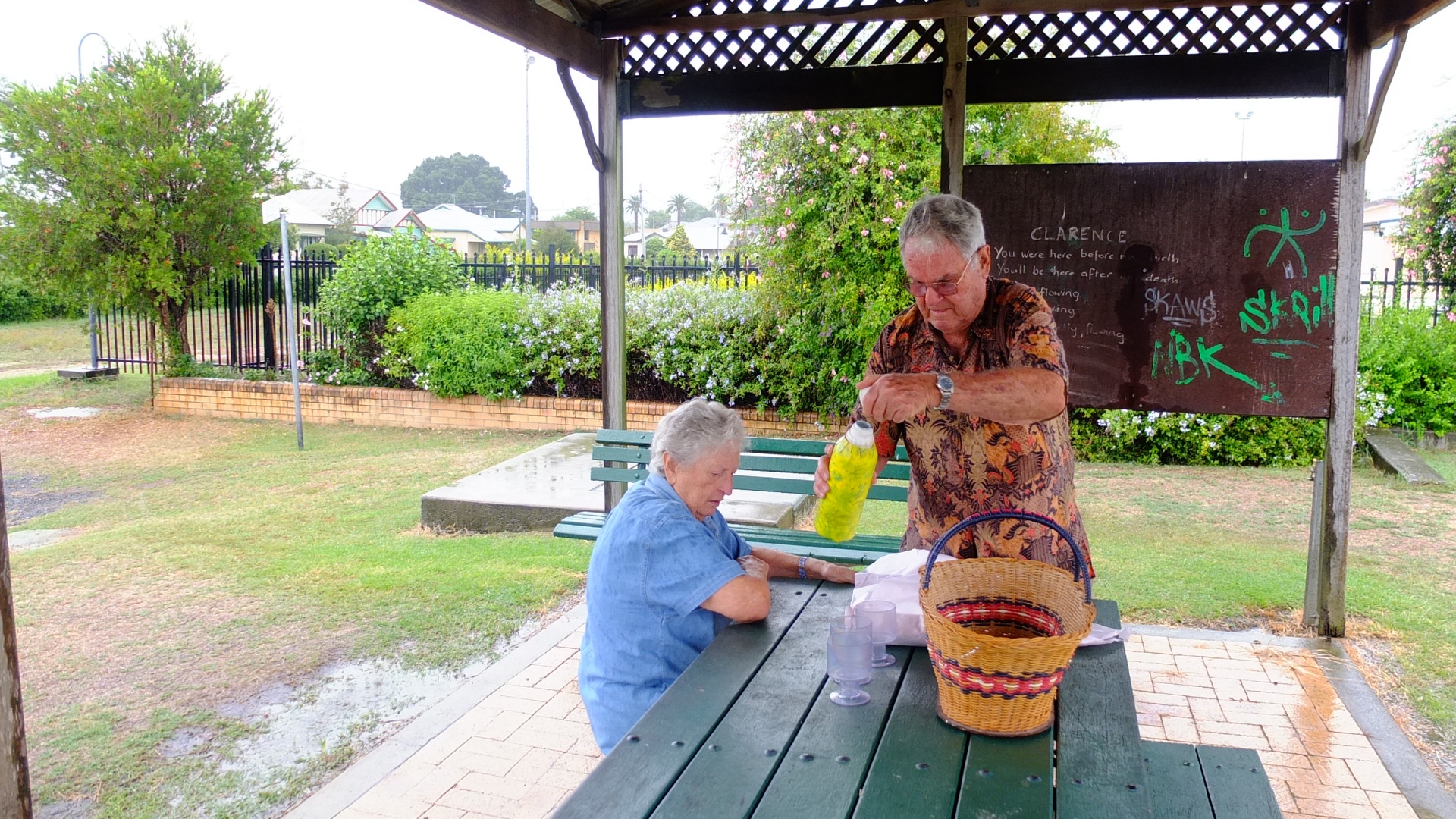 John proposed me one time to have a day trip to show me the country side around Woolgoolga. This time came and it’s today :-) We started by visiting the huge Costa farm named also as Berry Exchange. This is the biggest berry farm in the south hemisphere and it’s gonna be soon the biggest in the world because the company bought rescently more land to continue developing the business. Then we went to Grafton, where I have been already, to have a nice fish n’ chips. Finally we came back to Woolgoolga too close our loop. Let’s start the visit now :-) 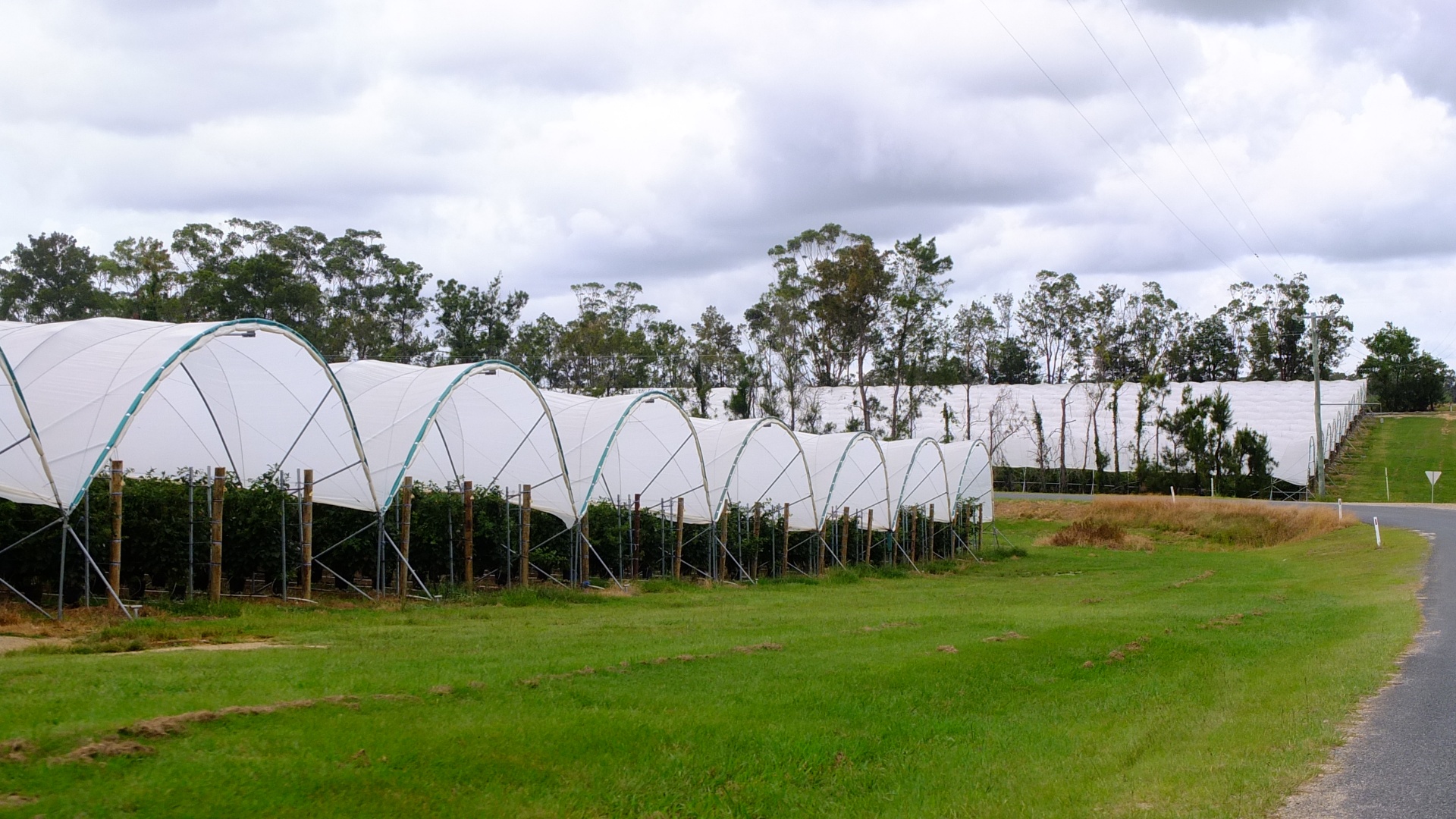 We’ve just arrived to Costa farm and directly I notice that the organisation is very different than where I worked until now. But those crops are not blue berries yet. 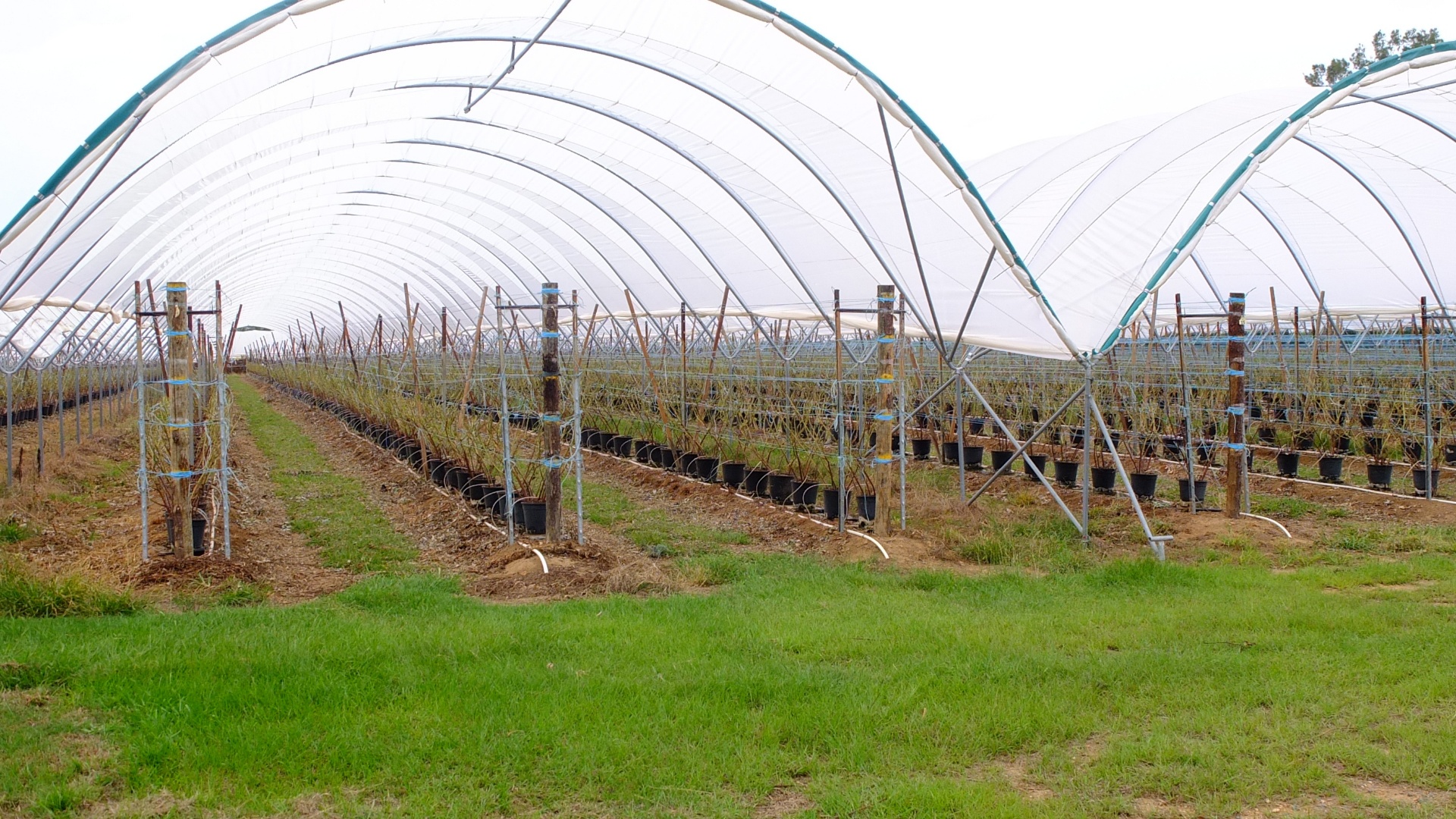 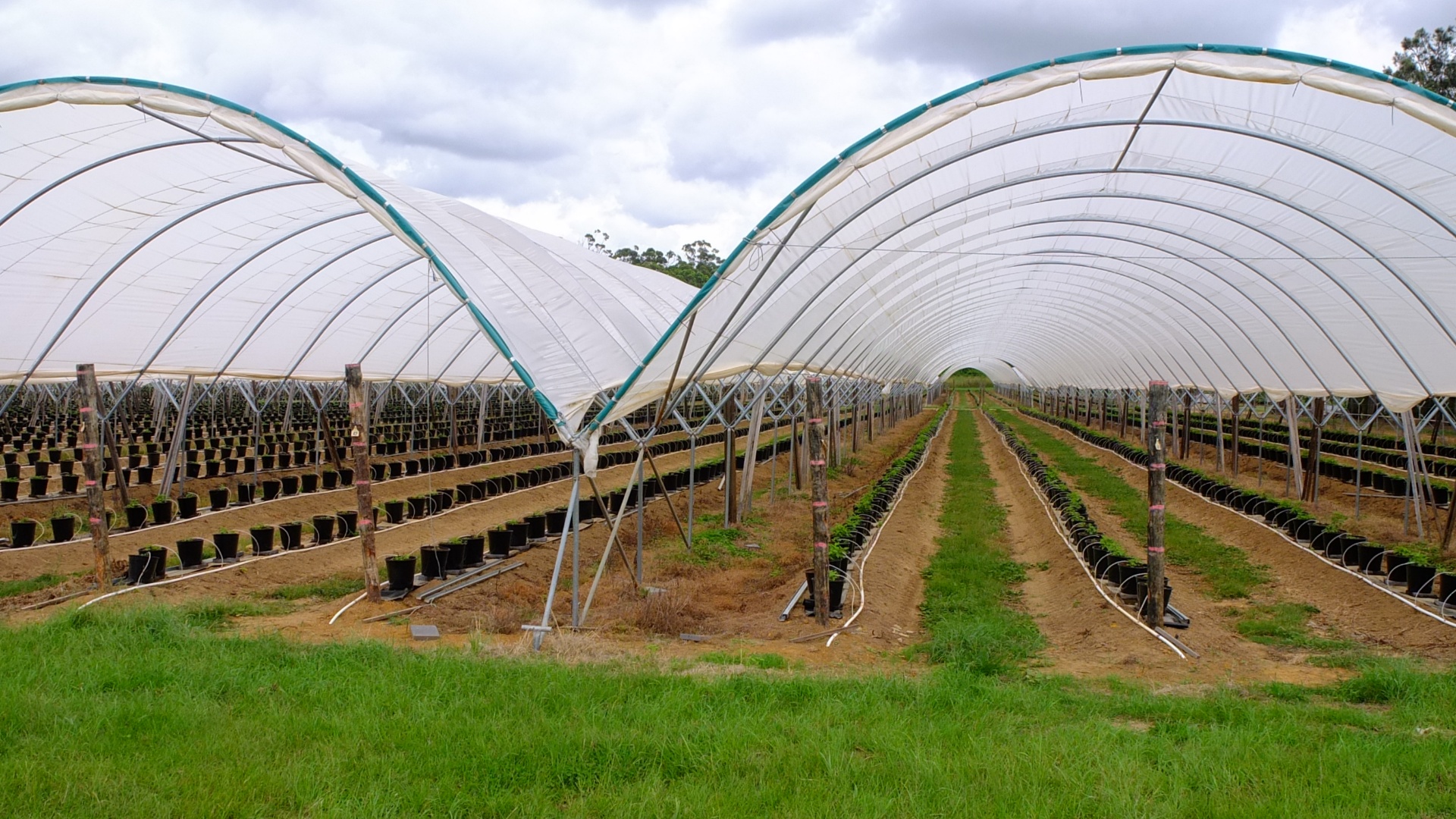 So, what do we have in those pots? 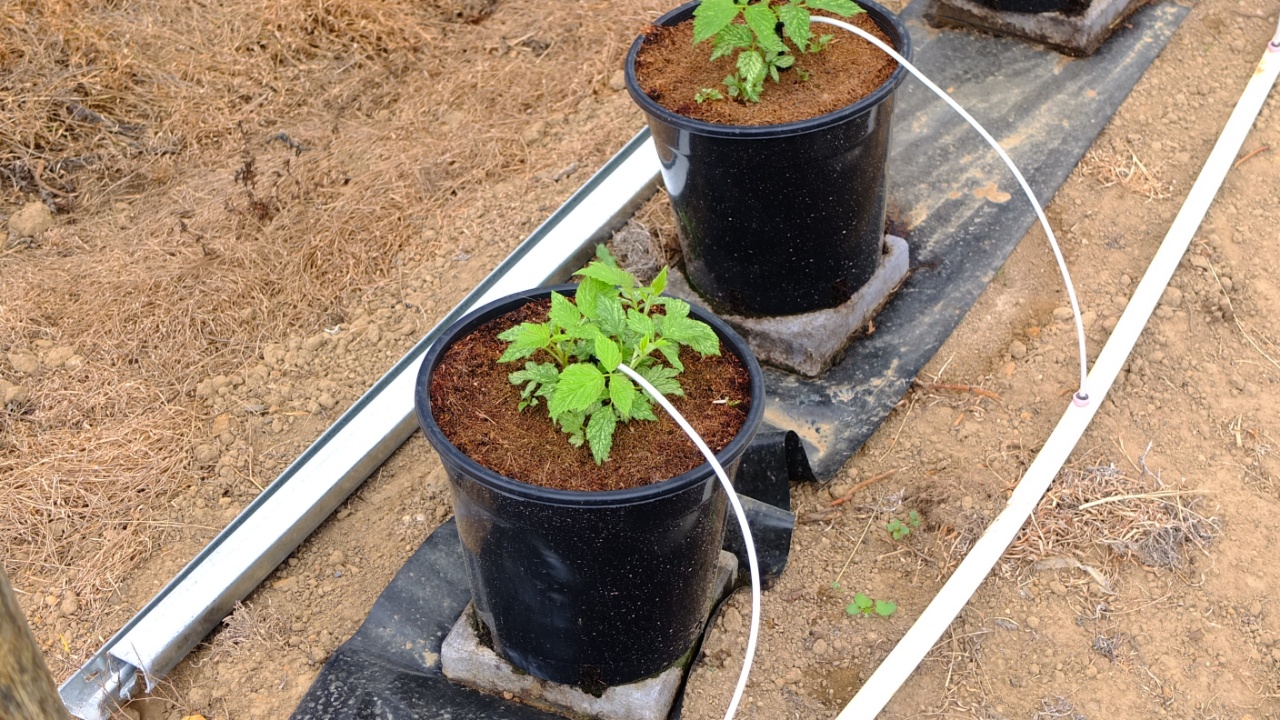 Hmm, I would say raspberries or blackberries and definitively not blueberries. 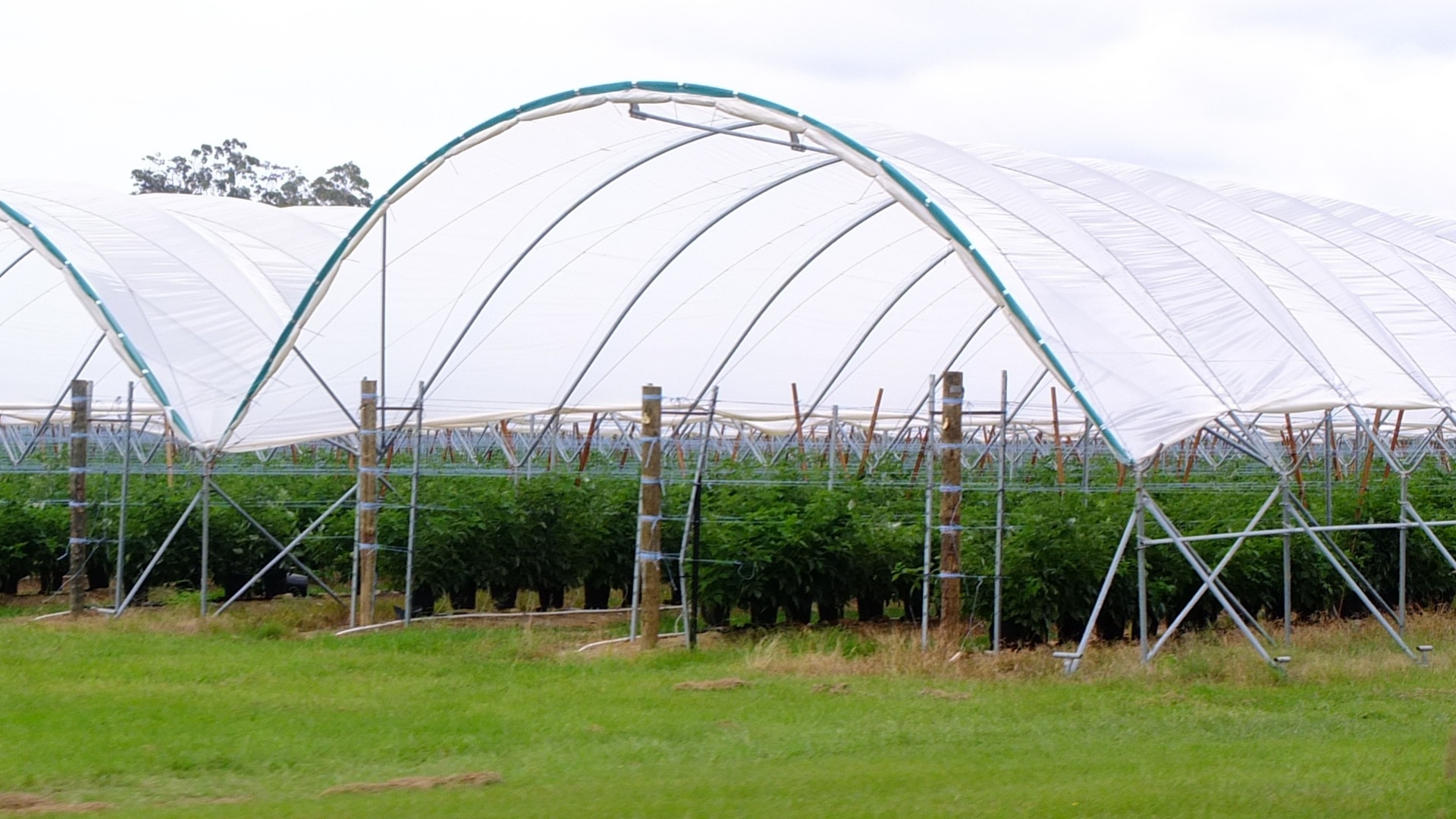 Wow, they get big there. 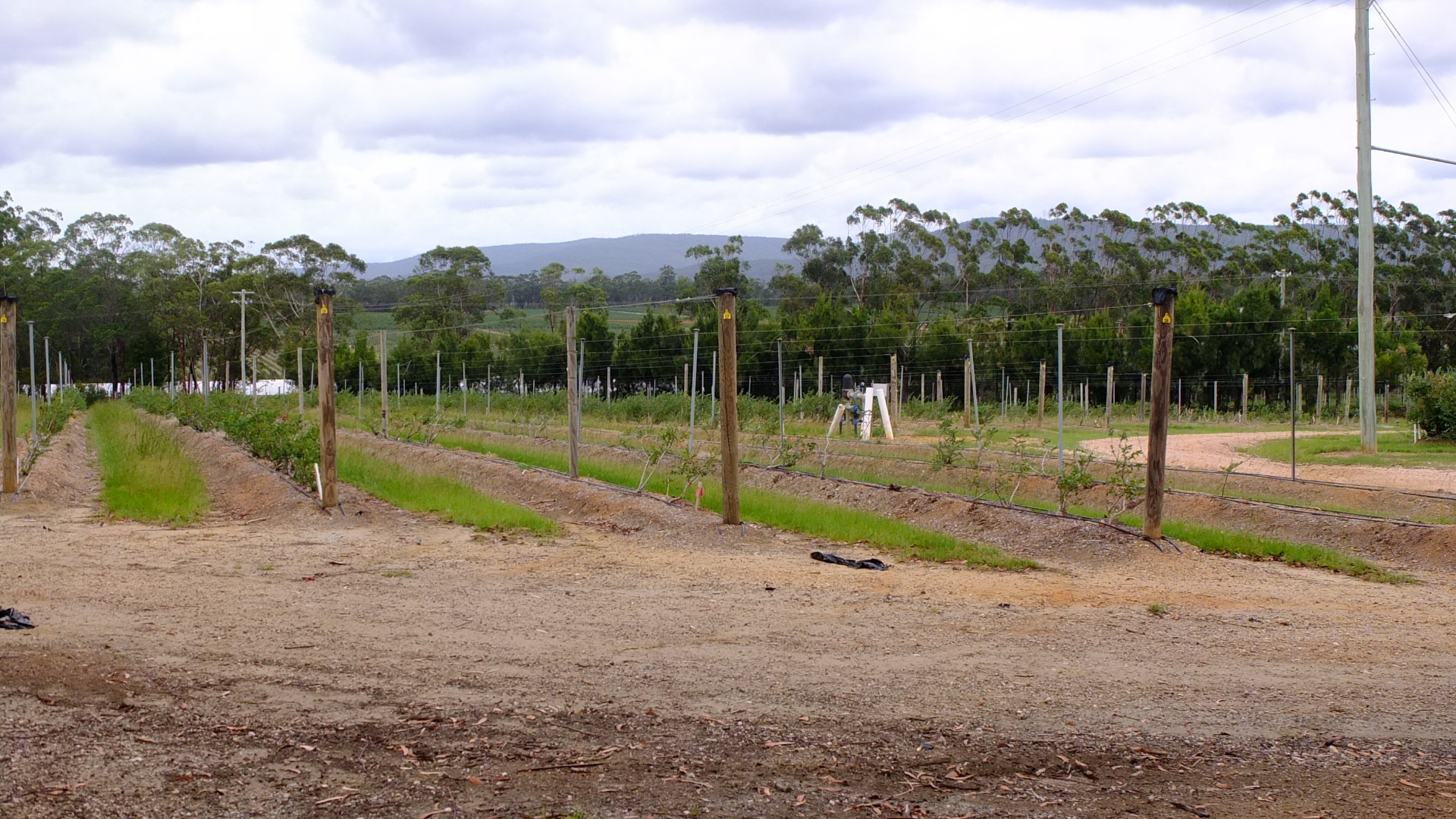 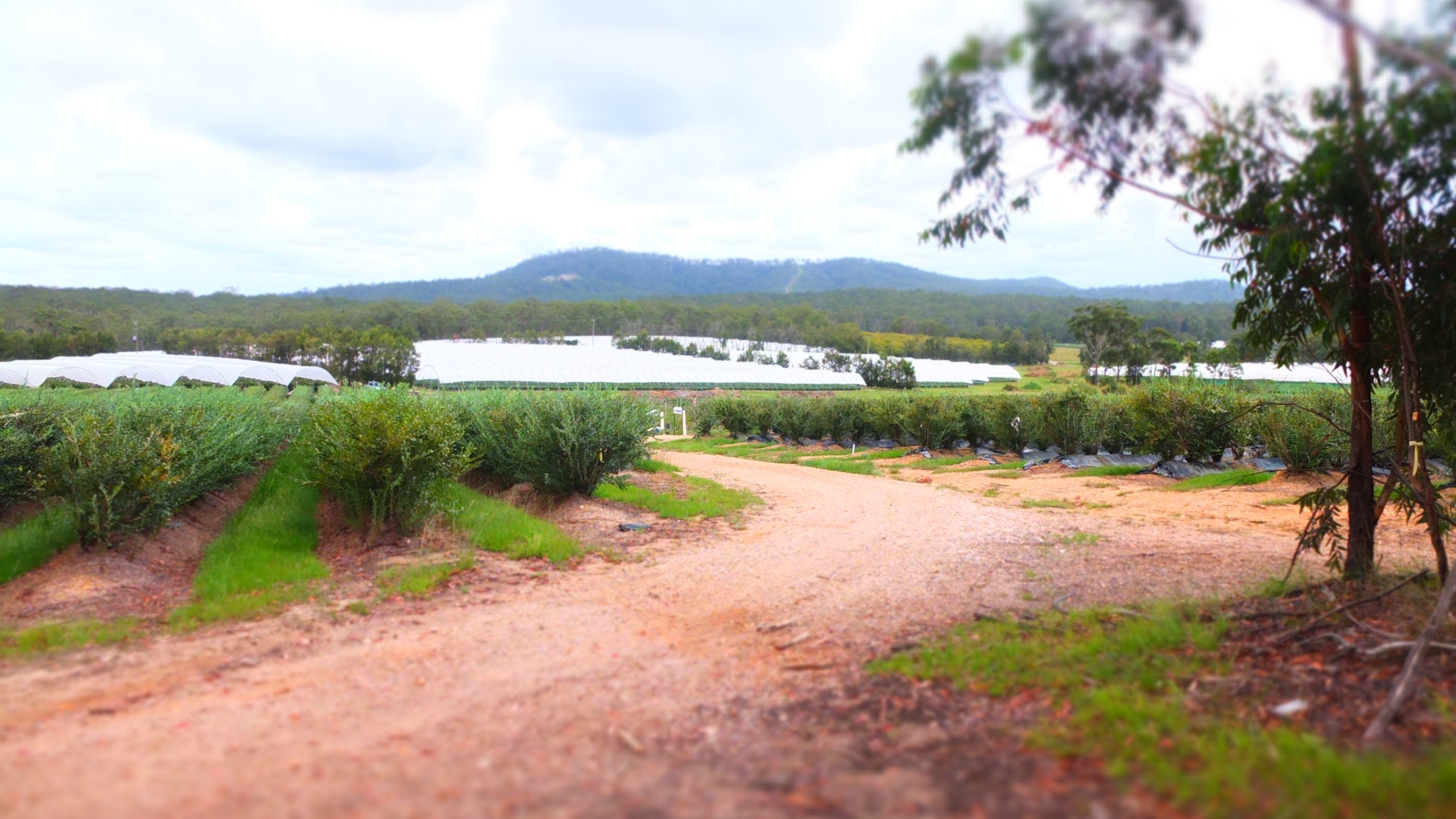 The property is huge and we can freely driving around. It could take hours and hours by walk :-) I don’t like walking, cycling is faster. This is here a kind of lookout that john remember.

A panoramic view. Nice view and berries all around. During the high season they hire until 4000 people! A guy I met in Woolgoolga is working in this farm. He told me that for each plant after the company paid the tax, the fertilizer, the picker, etc… Each single plant retrieve them 500$! I’d like to know how many blueberries trees they have… 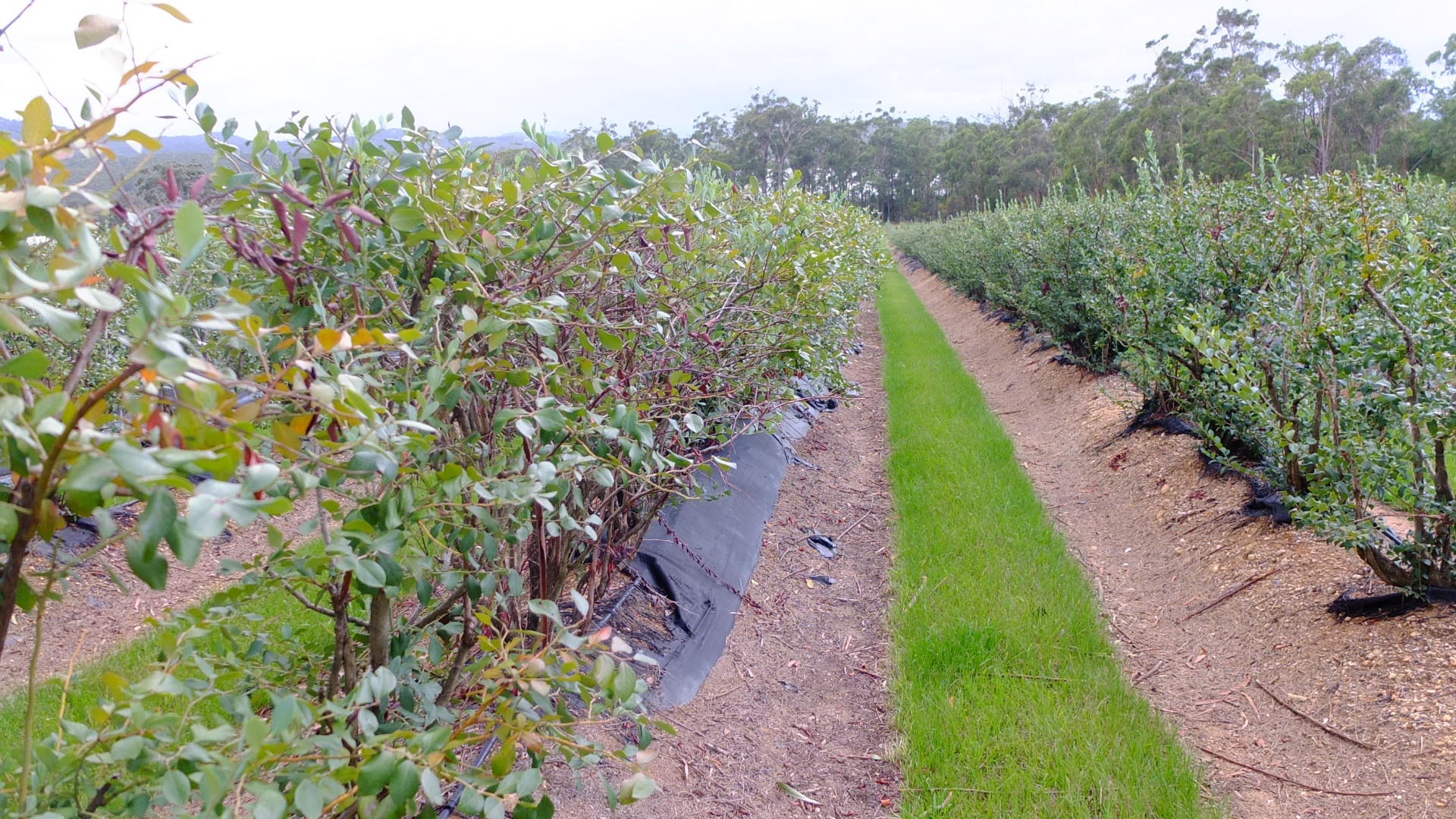 This the big difference between here and the Indians farm. This is clean and not too steep when the farm around Woogoolga are stuck in different valley so they are on hills and makes the work more difficult. 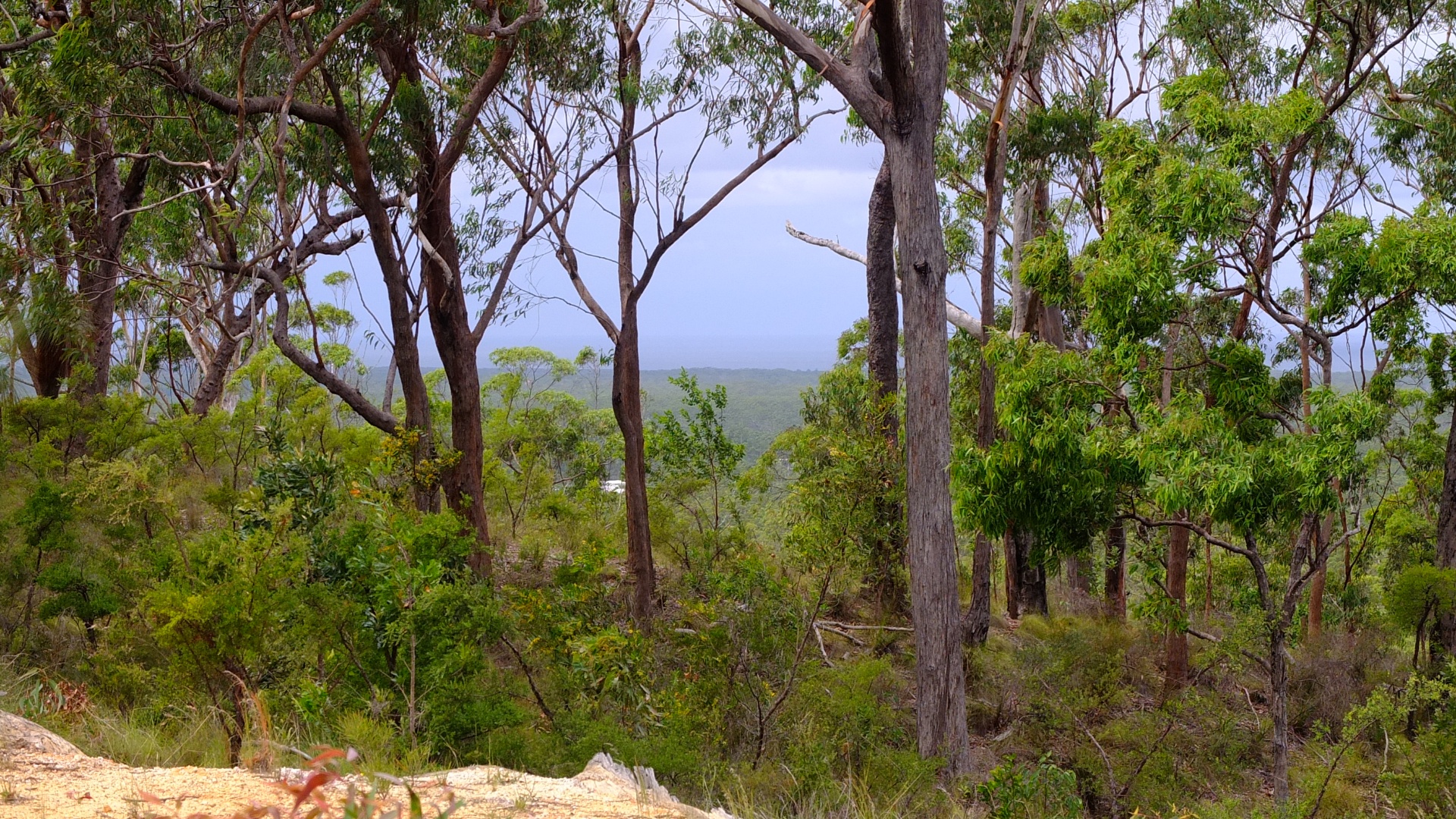 We arrived to an end and the weather over there doesn’t look greatfull. It’s gonna rain soon. 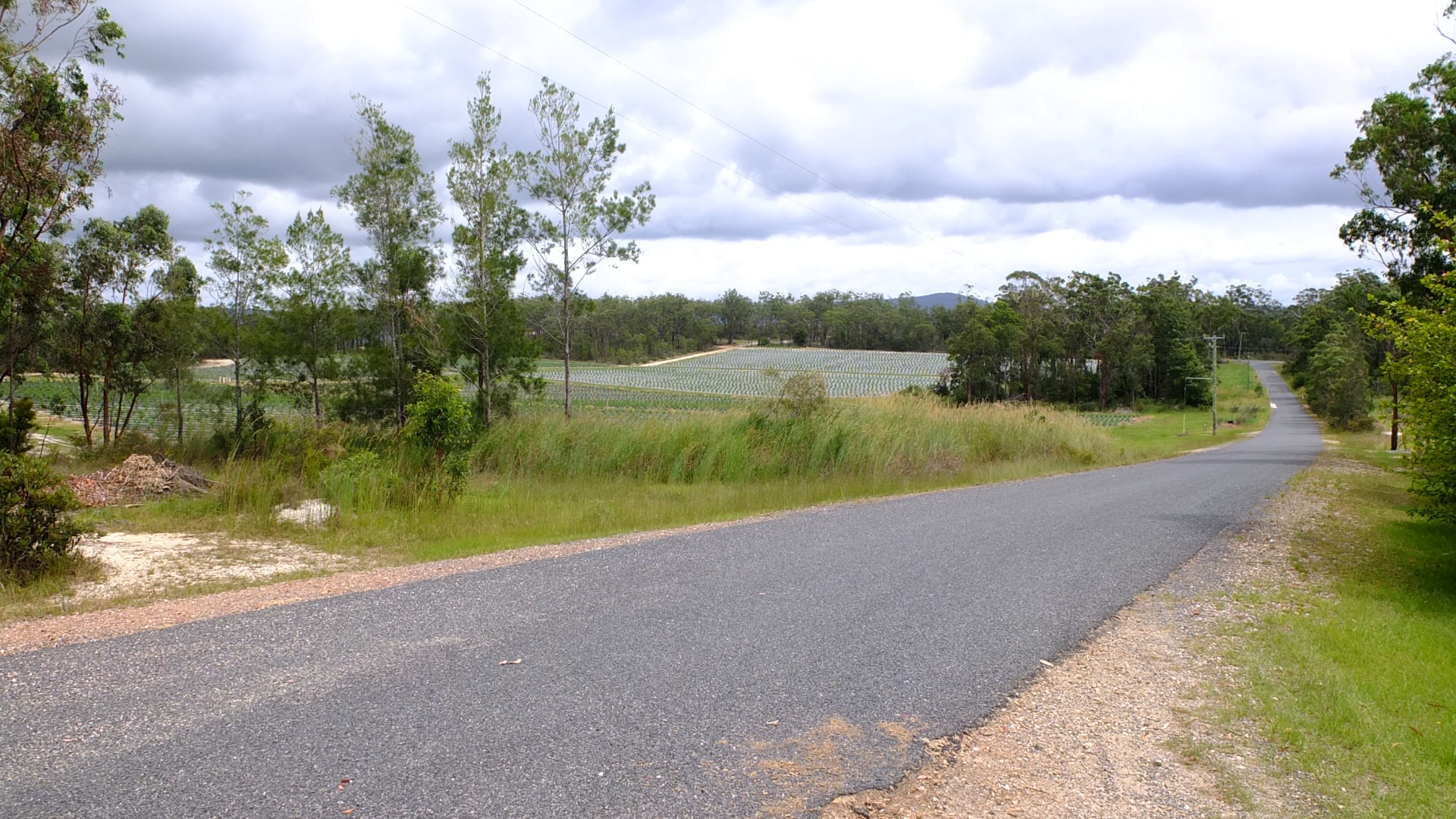 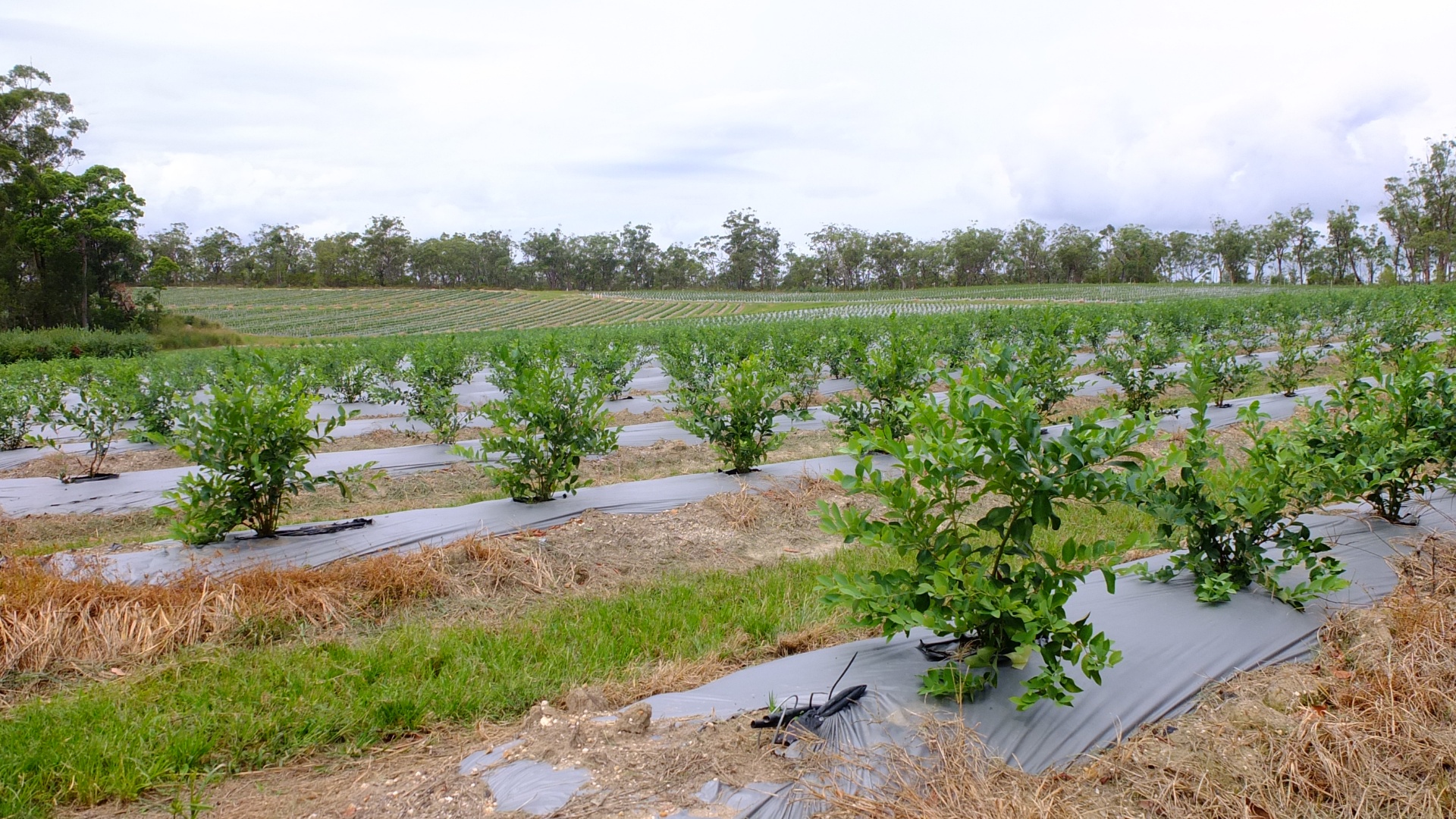 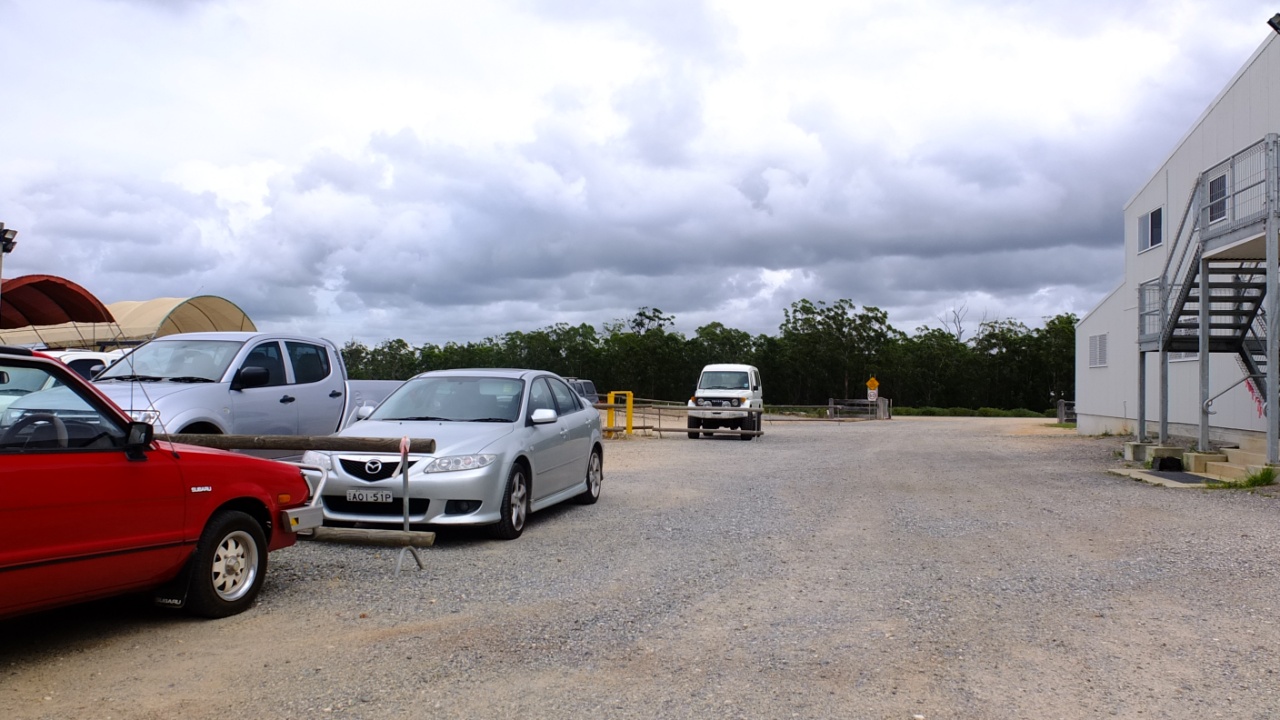 The loop is looped! We stopped at Costa farm for two things : 1) to have a look because it’s interesting to me to see that big farm. 2) John wants to buy some frozen berries. Five to ten dollars for 1300g. Normaly you will pay 7$ for 150g in any supermarket. 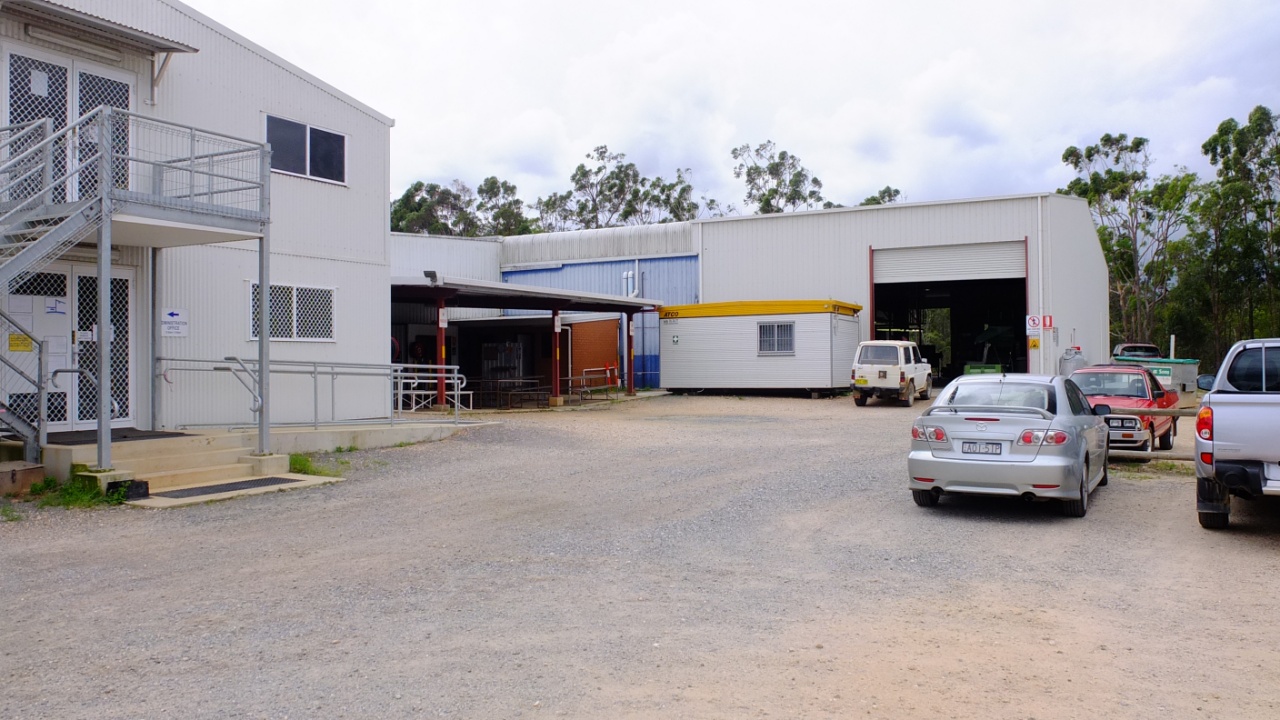 This is the main building. And I’ll take the chance to get a form and subscribe later because we cannot apply online. The thing is, there is nothing around this place, especially no supermarket. The closest one is at Woolgoolga about 20km from Here. Many backpackers drive that distance everyday but in my case it could be difficult/painful to cycle there everyday. The thing is I could get 19$/hour with tax and enjoy my weekends. But this is life and I can’t get this job but I will take my chance somewhere else. 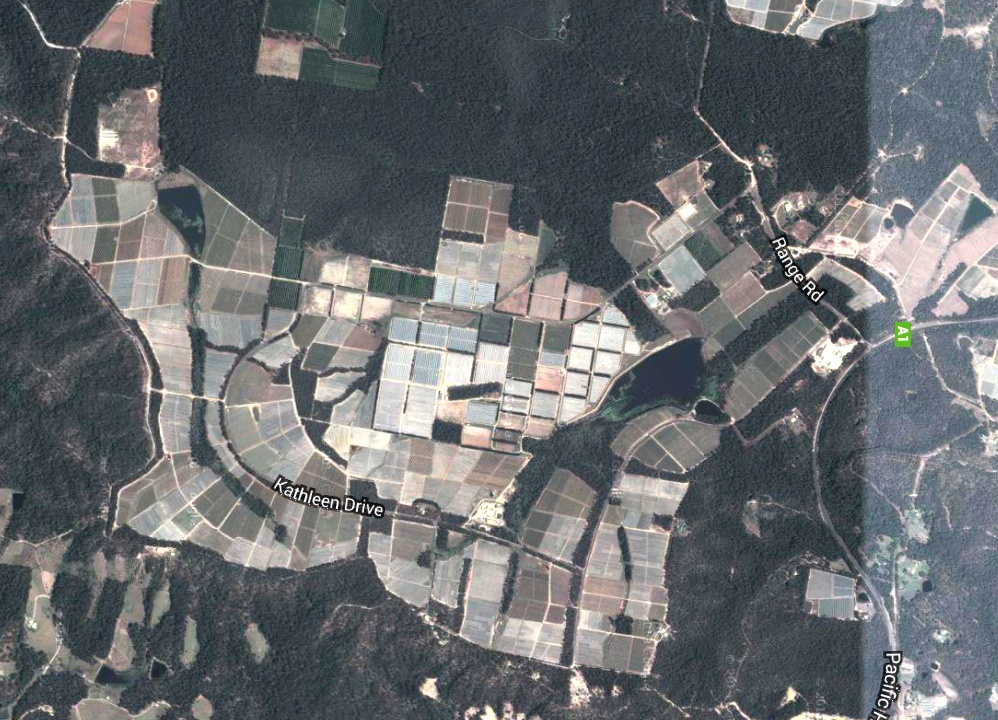 I took that screenshot from Google map to show you and make you realise how big this farm is. And this is only the main part because another half of this part is spread around as well. This picture was in there office but I didn’t care to take a picture. Fortunately Google is here :-)

Berry Exchange has more Than one farm around Australia. The other famous one is in Tasmania. There is one in Queensland (banana) and another one between Sydney and Melbourne but in land. If I don’t find any job in Sydney I will certainly apply for this last one. I’m experienced now in blueberries, cucumbers (tomatoes is the same kind of job) and banana as well! Too easy for me ;-) 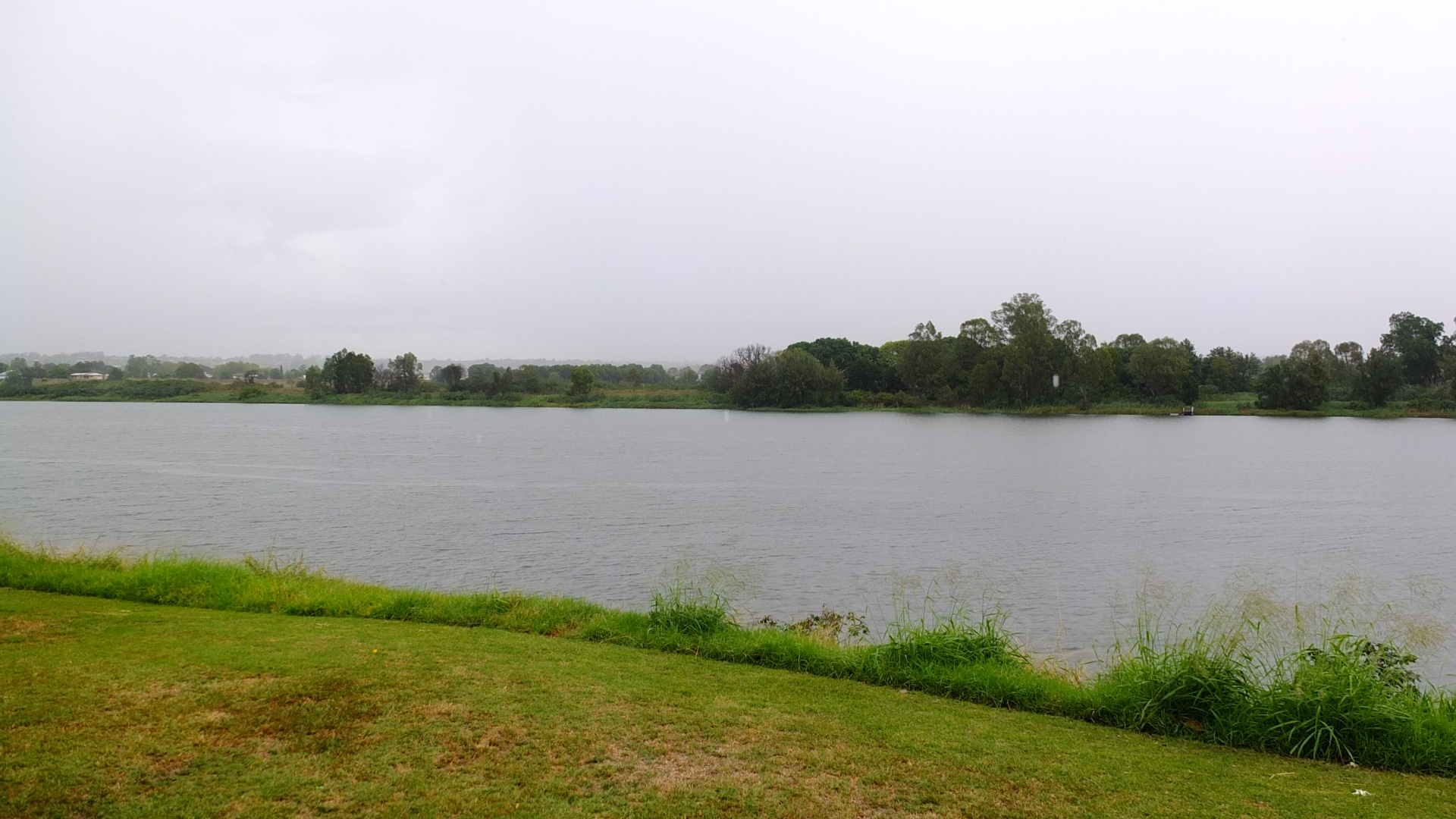 After Berries exchange John drove us to grafton for a late lunch. I’m so hungry because it’s 2pm! We stopped along the Clarence river and guess what? I’ve slept Right on the other side where the trees are higher. That was the place where a woman warned me about snakes and that night I thought one of them was on my bike trying to kill it ah ah :-D 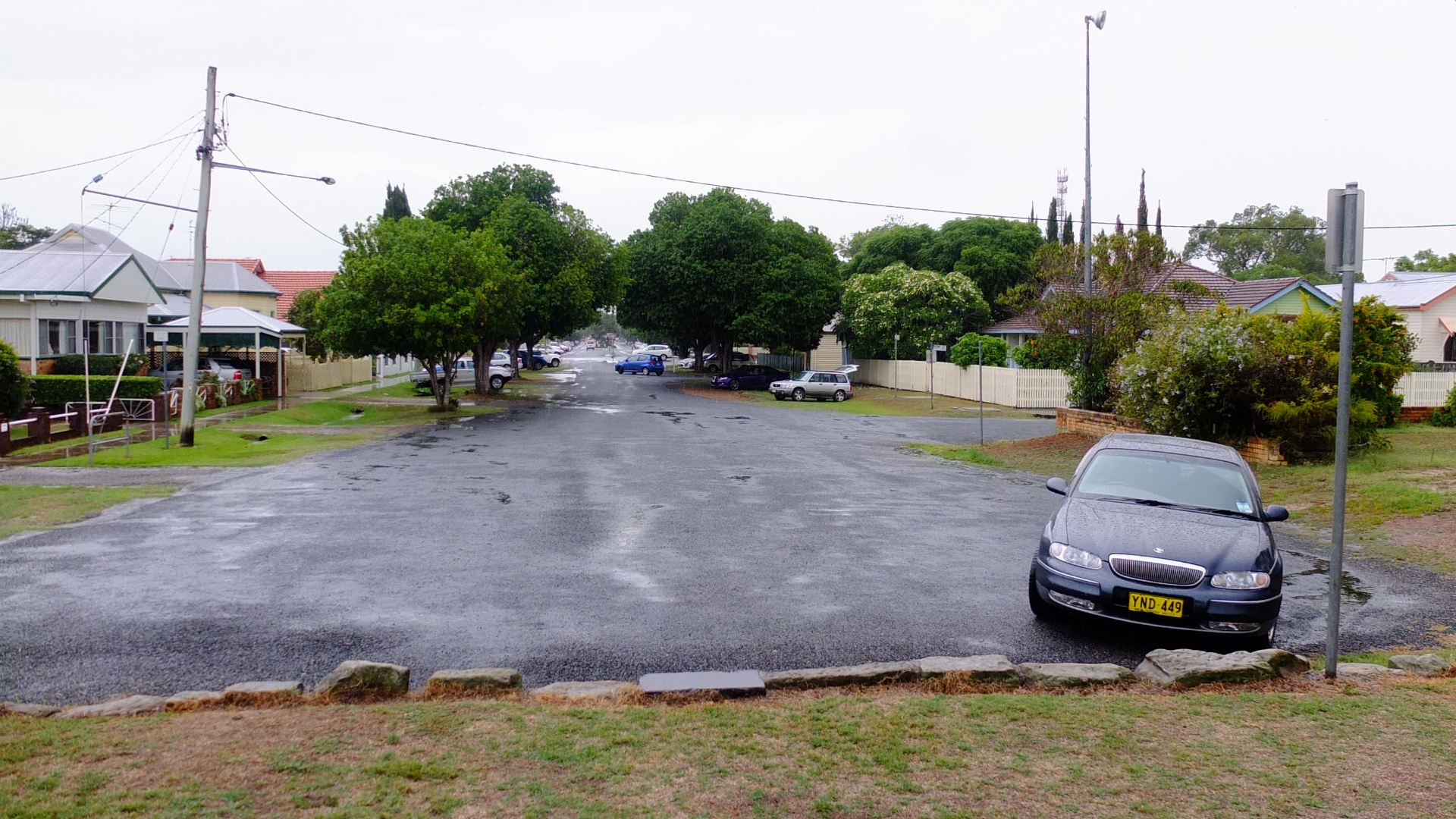 We are not really lucky because since an hour it’s raining and raining! And during we were driving (no, only john was driving of course. We were not three of us on the same seat, fighting together. “I want to turn right!”. “No left!”. ” gnaa!”) the heavy rain was pouring down! We couldn’t see the road sometimes!

But fortunately we found a good shelter to have … 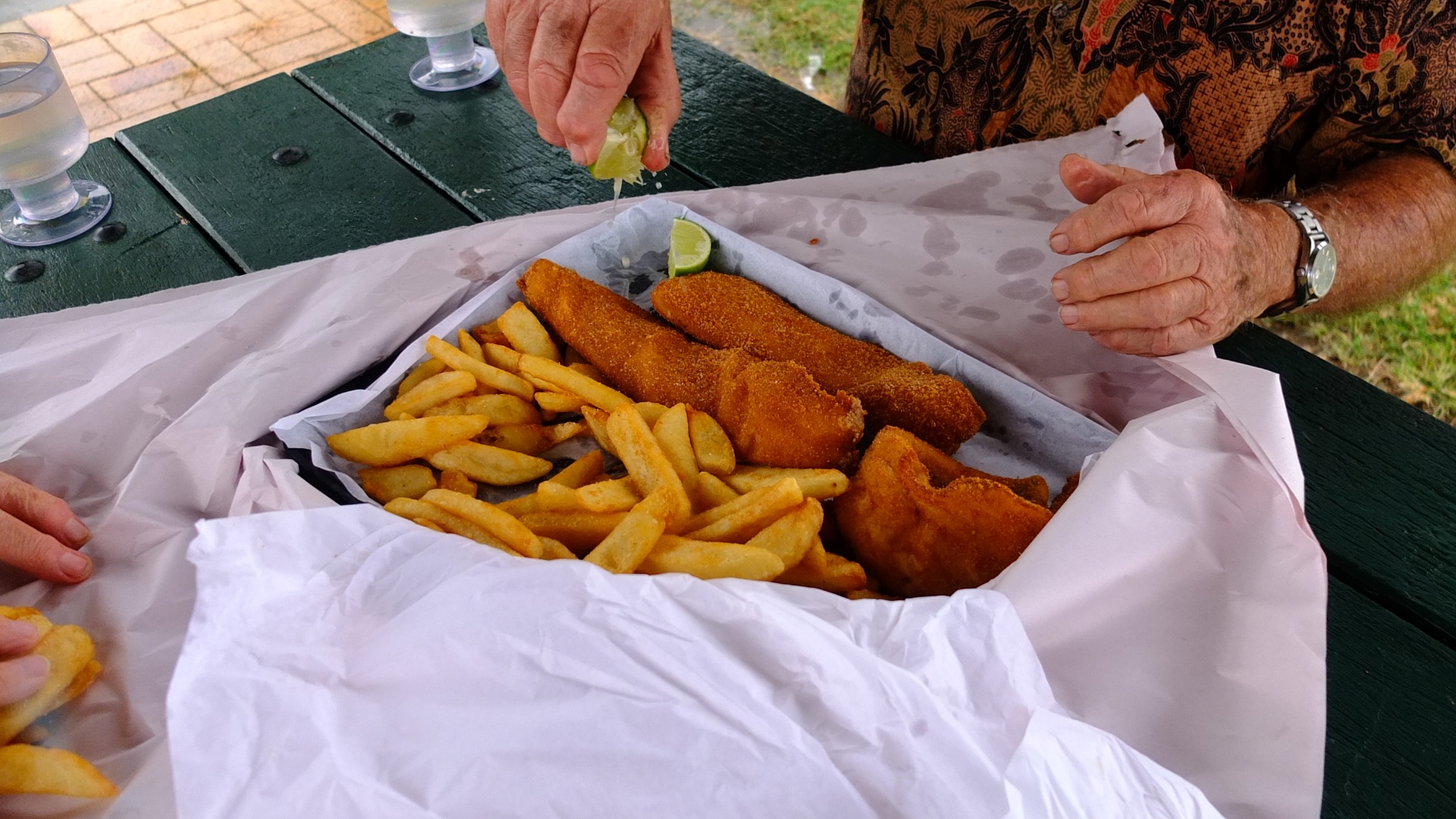 … a nice and arm fish and chips of course! Miam! 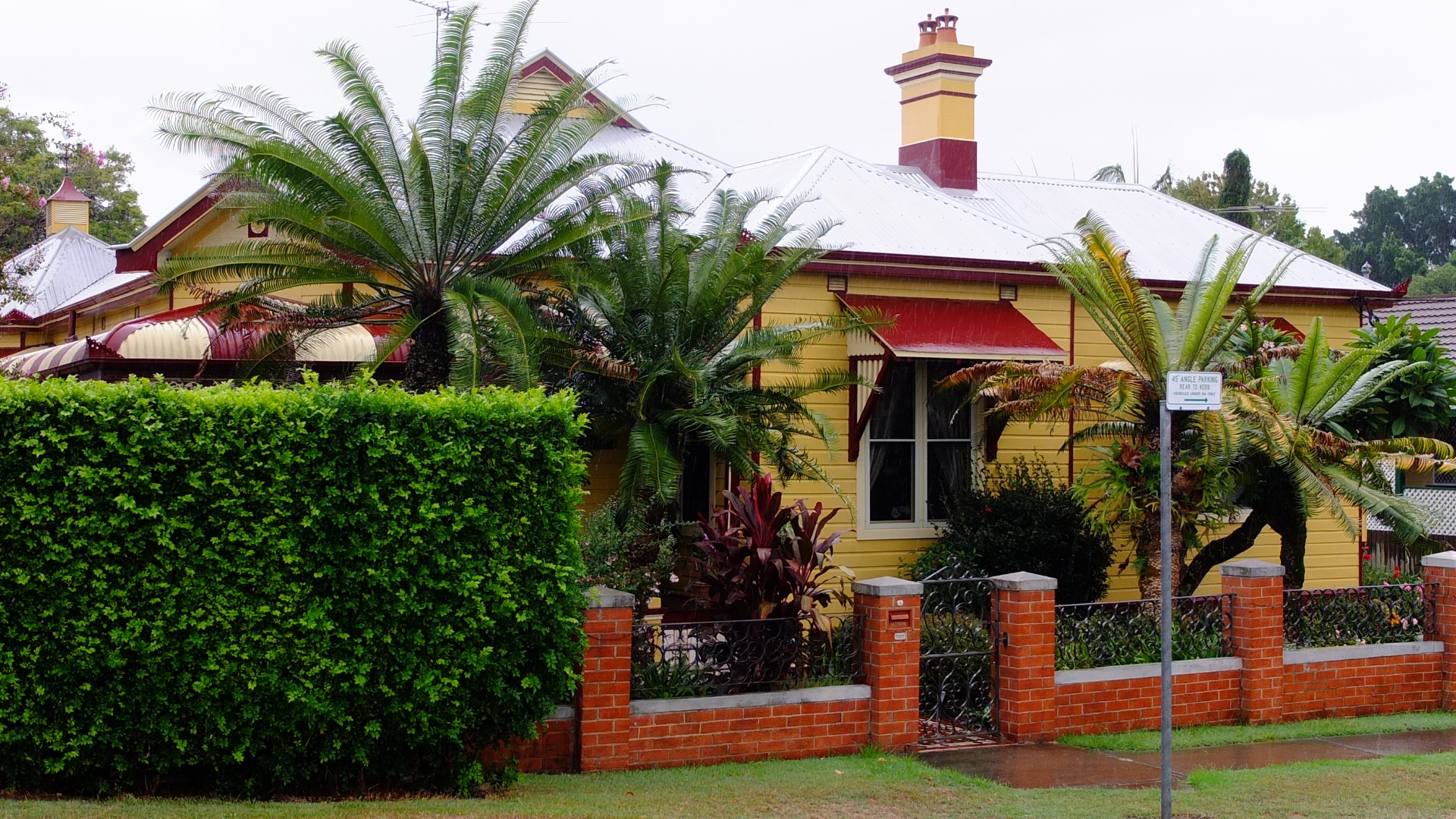 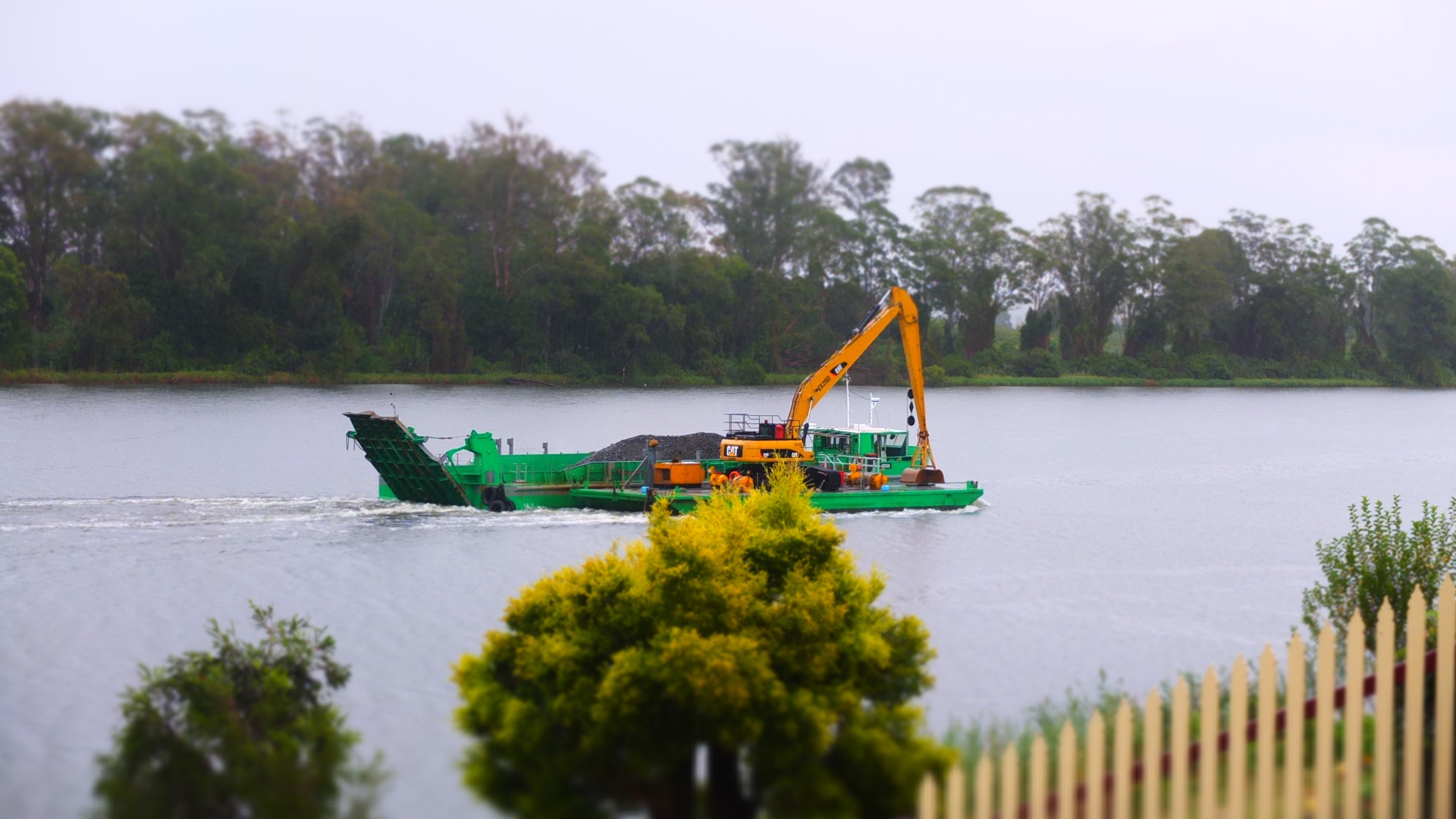 Grafton use to be the main city around. The Clarence river was using by boats to transport merchandise like timber (bois de construction) and all kind of goods. But then, with the development of the roads and the modernisation many businesses moved close to Sydney and Coffs Harbour. Those cities, next to the sea, attract more and more people, tourists and backpackers. 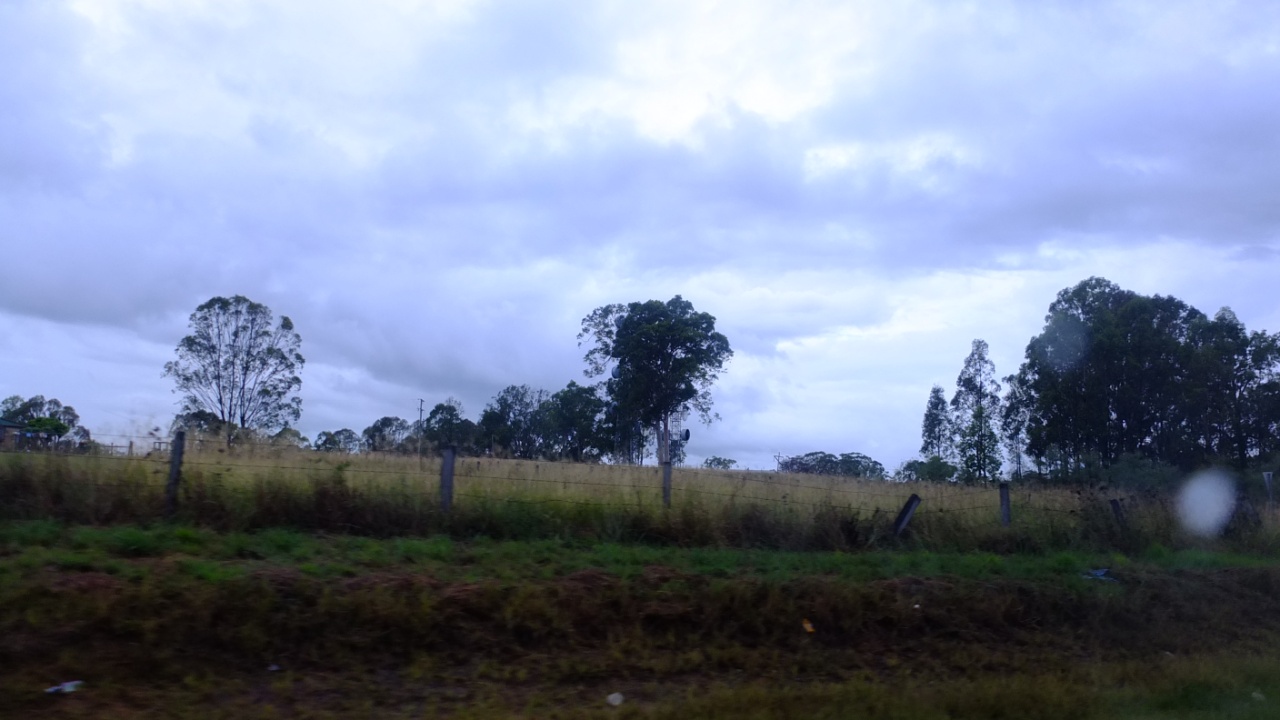 We now leave Grafton to come where we come from but this time we will take the in land road, Orawa way. Hmm, it remind me something ;-) 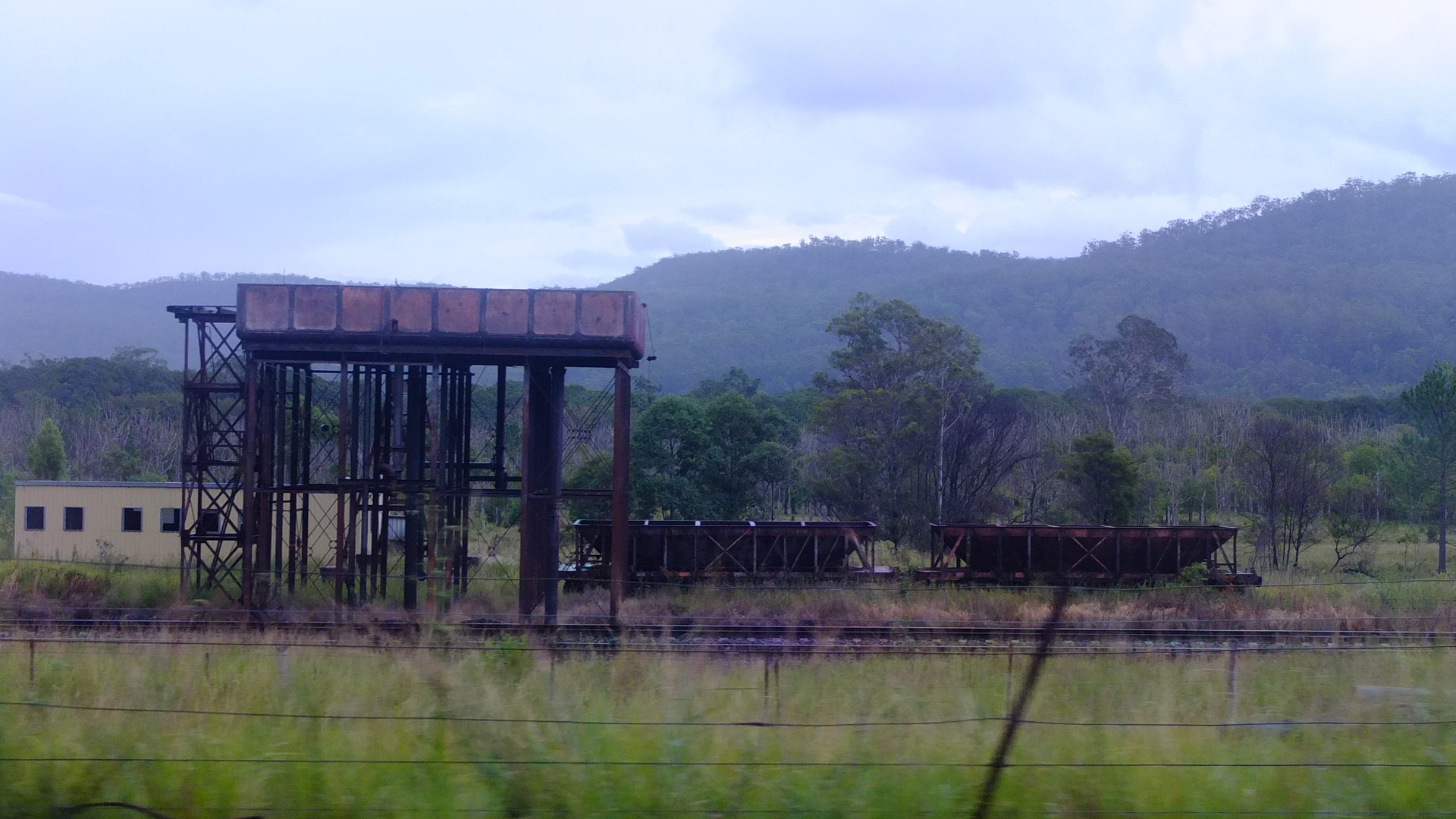 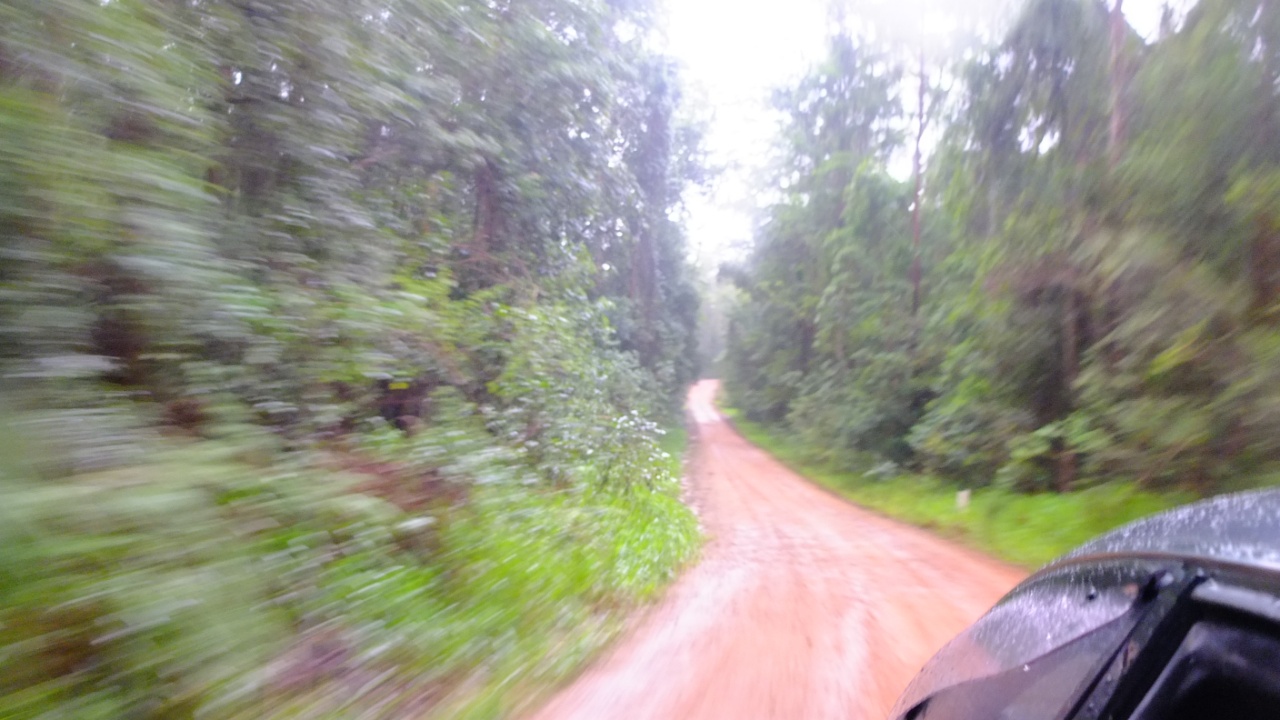 The Australian bush in live! 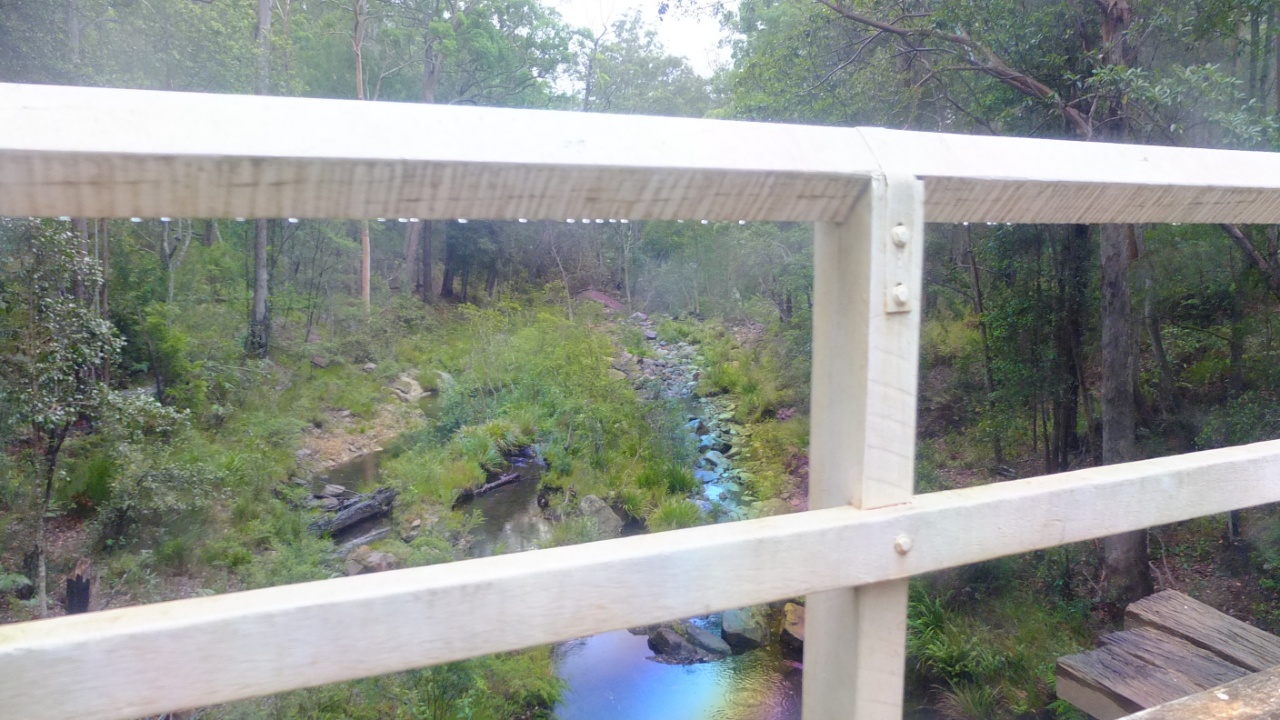 A break on a bridge. 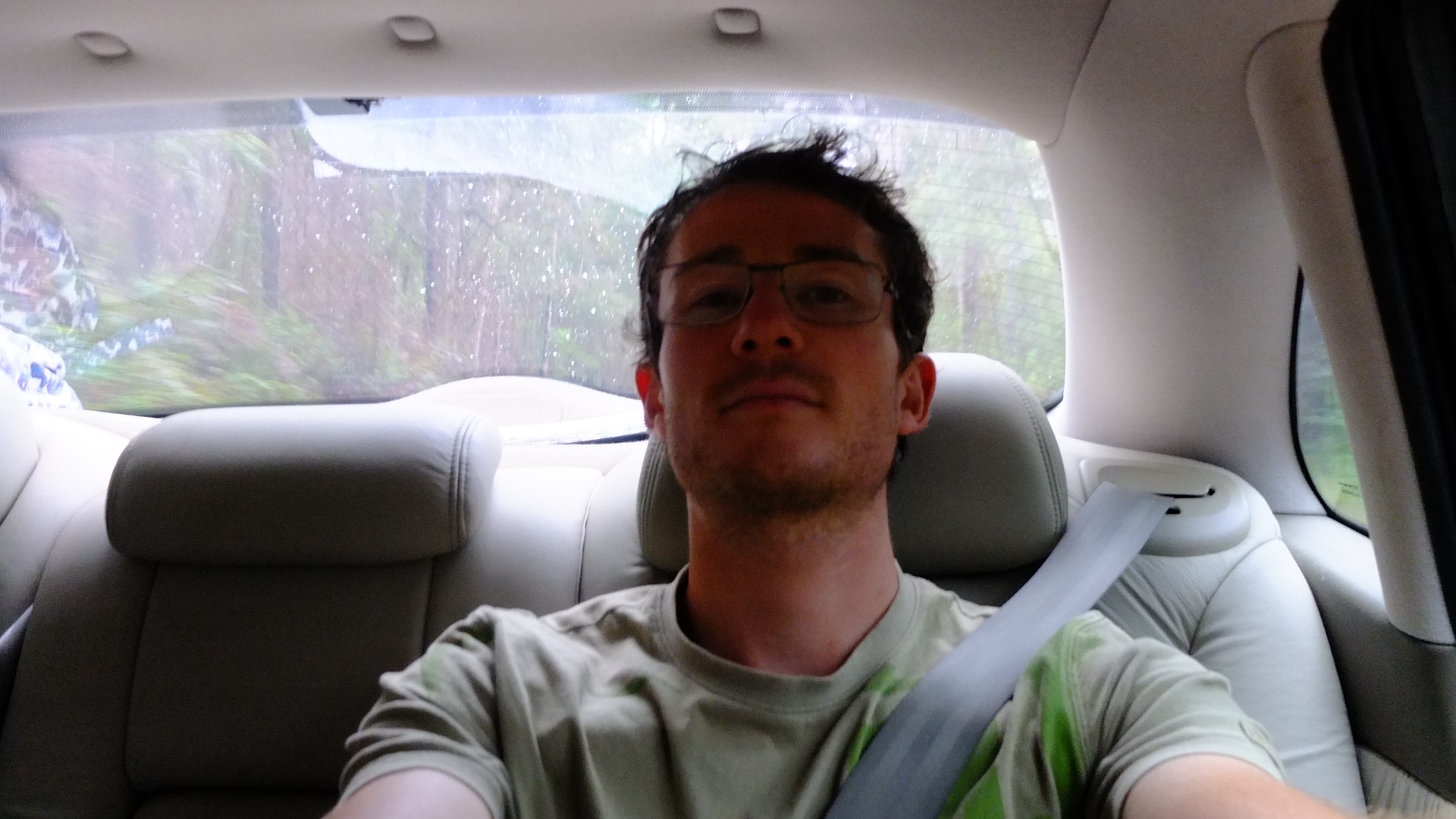 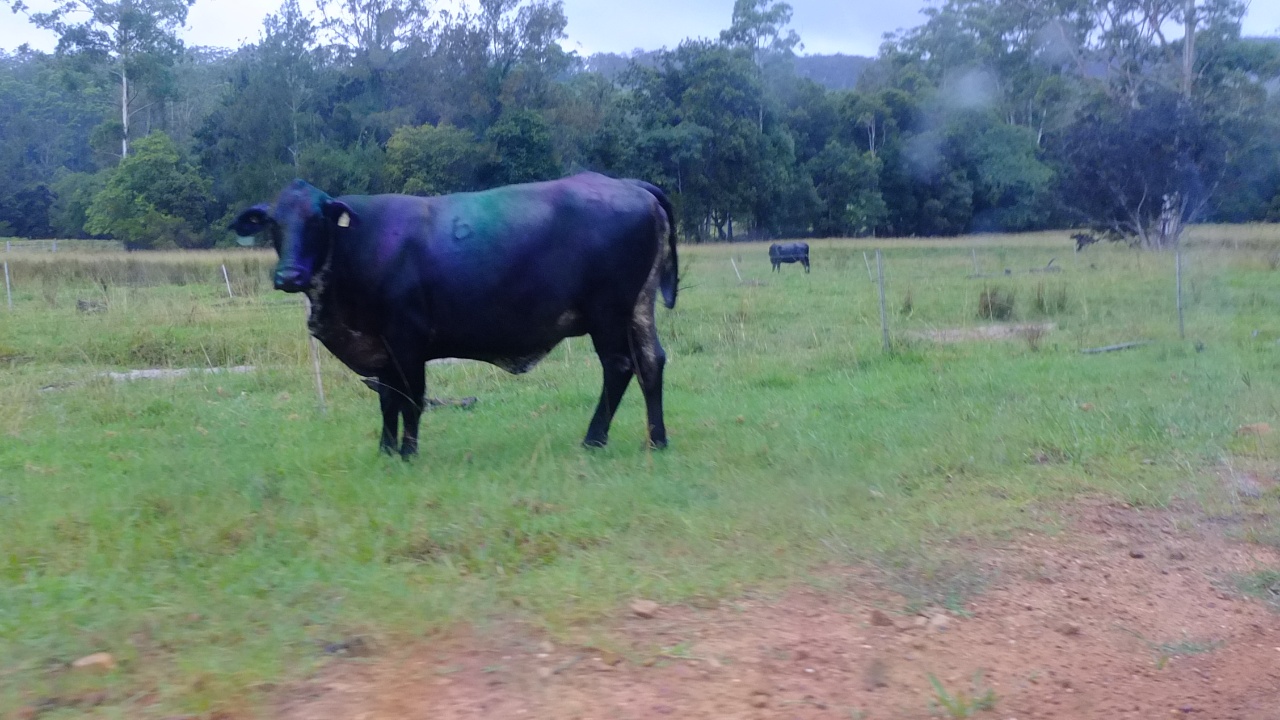 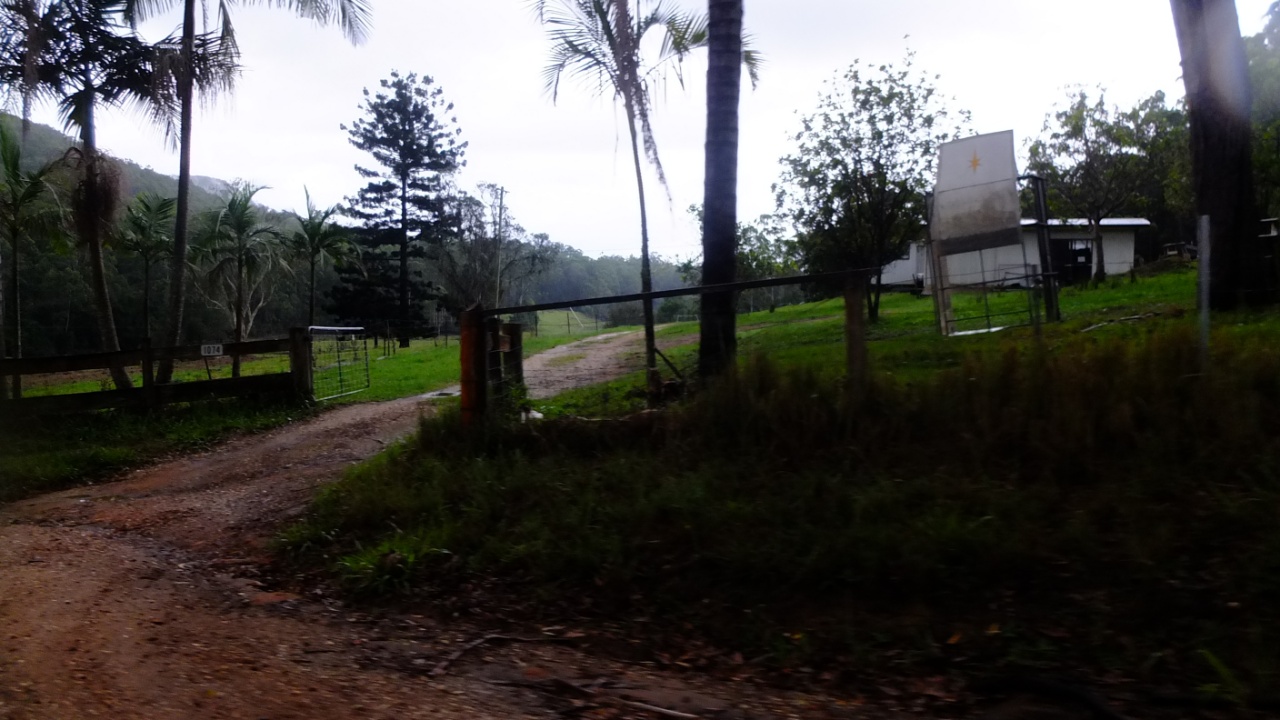 It’s difficult to take pictures on the way. This is someone who like living in a remote (retiré, éloignée, lointain) area with nobody around like where I was in Casino. 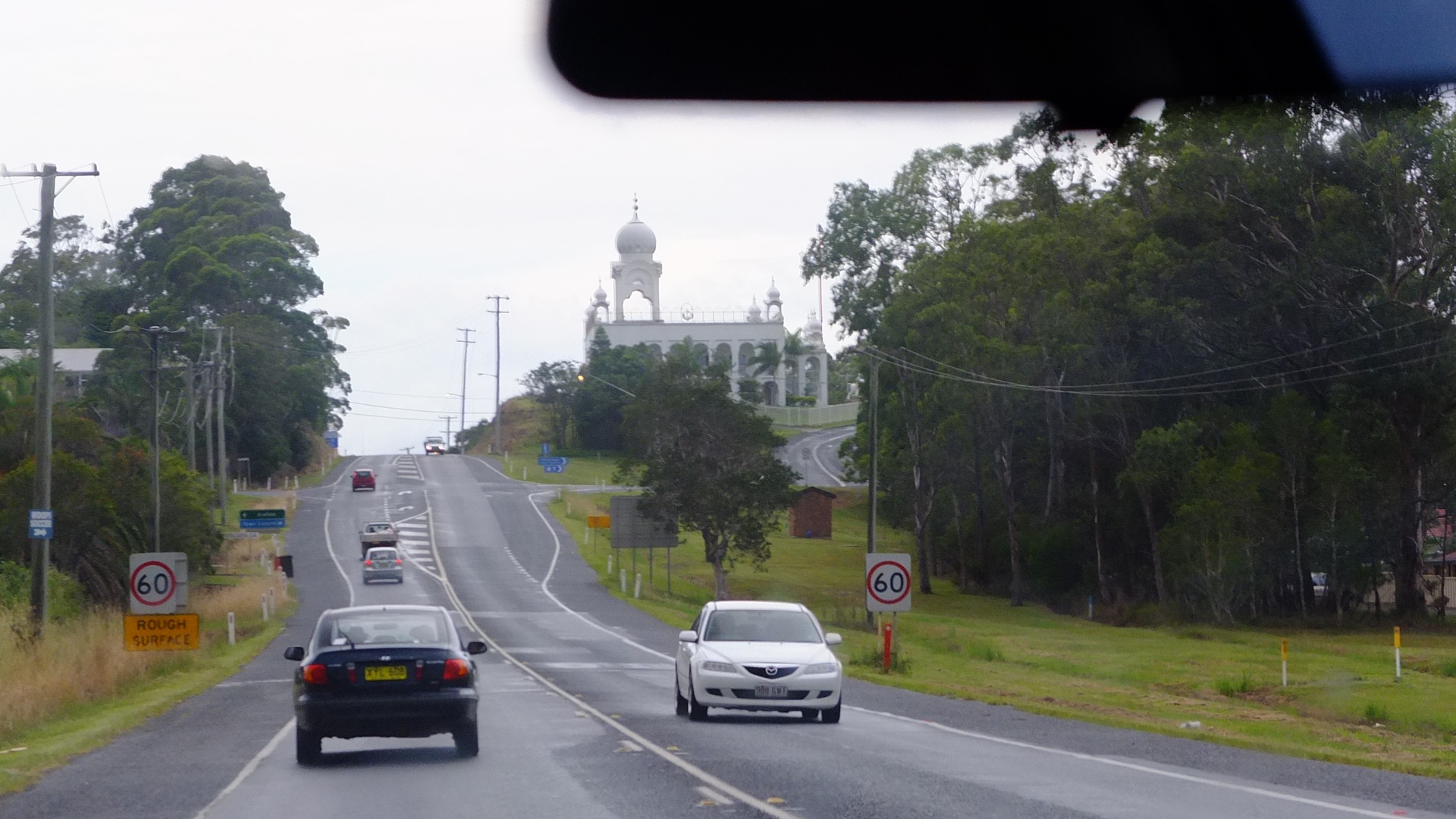 About less than an hour later we arrive finally to Woolgoolga again. This is THE picture which characterised the city (for me). The temple along the highway highlight (met en avant) the fact that Indians live here. This was a good trip and I thank John for that :-)

2 thoughts on “Woolgoolga > Grafton (return), a day trip with Pauline and John”