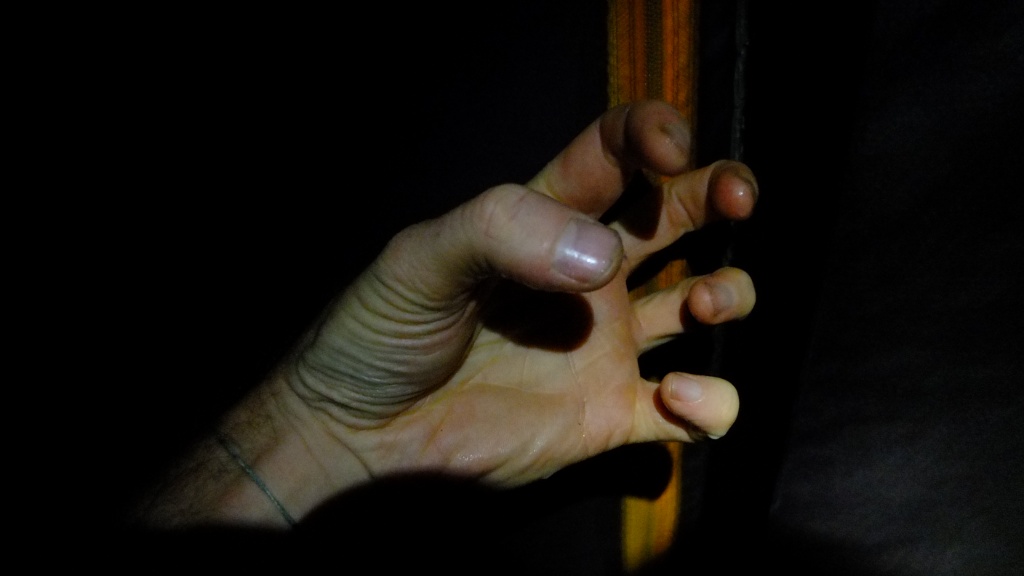 If you are afroad of spiders even front of your screen, do not open that post :-) This picture protect yourself from an heart attack. It’s only my hand but it could be scary as well ah ah. All those coming spiders are harmless. That means they wouldn’t attack human. They prefer insects and have different styles to catch them. Are you ready? Be strong, it’s your turn now :-P 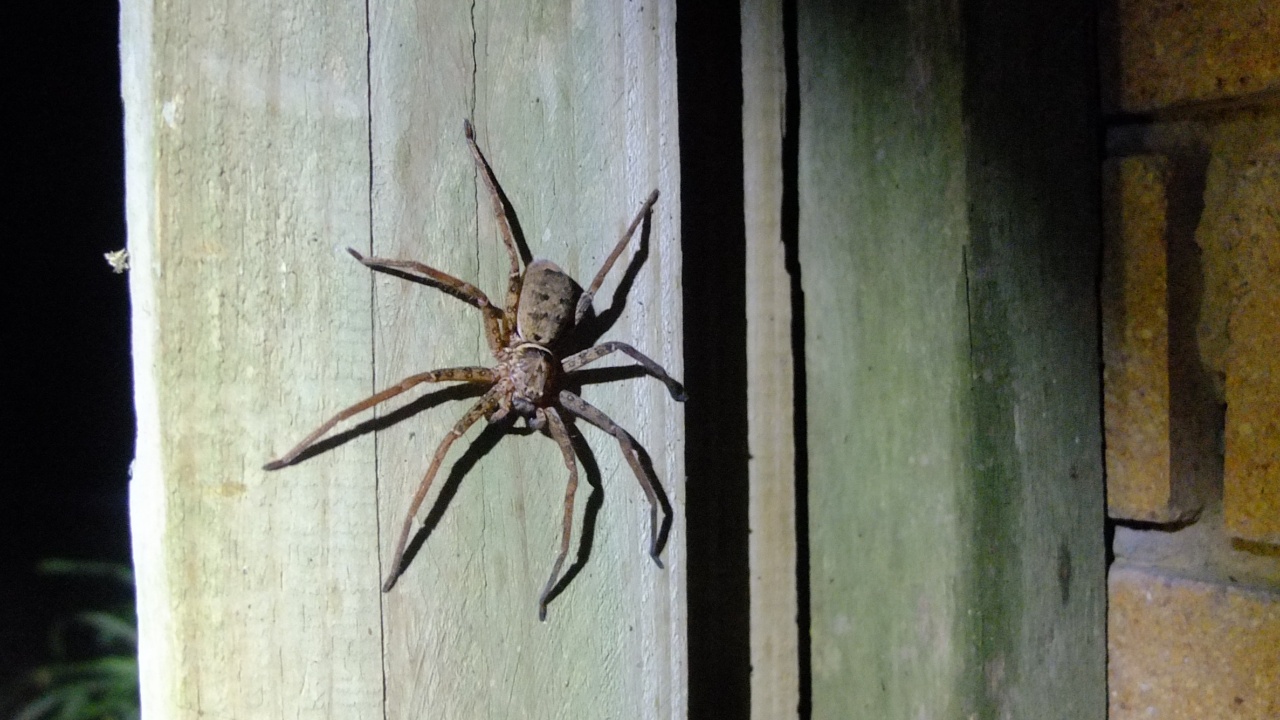 Wow! This one is a “brown huntsman spider”. It usually quite big and impressive and can reach the size of 30cm! Gloups! But it’s totally harmless and don’t like us. It runs very very fast and usually stays on vertical surfaces. It does not make webs (lazy) but rush at its prey to enjoy its meal ;-) 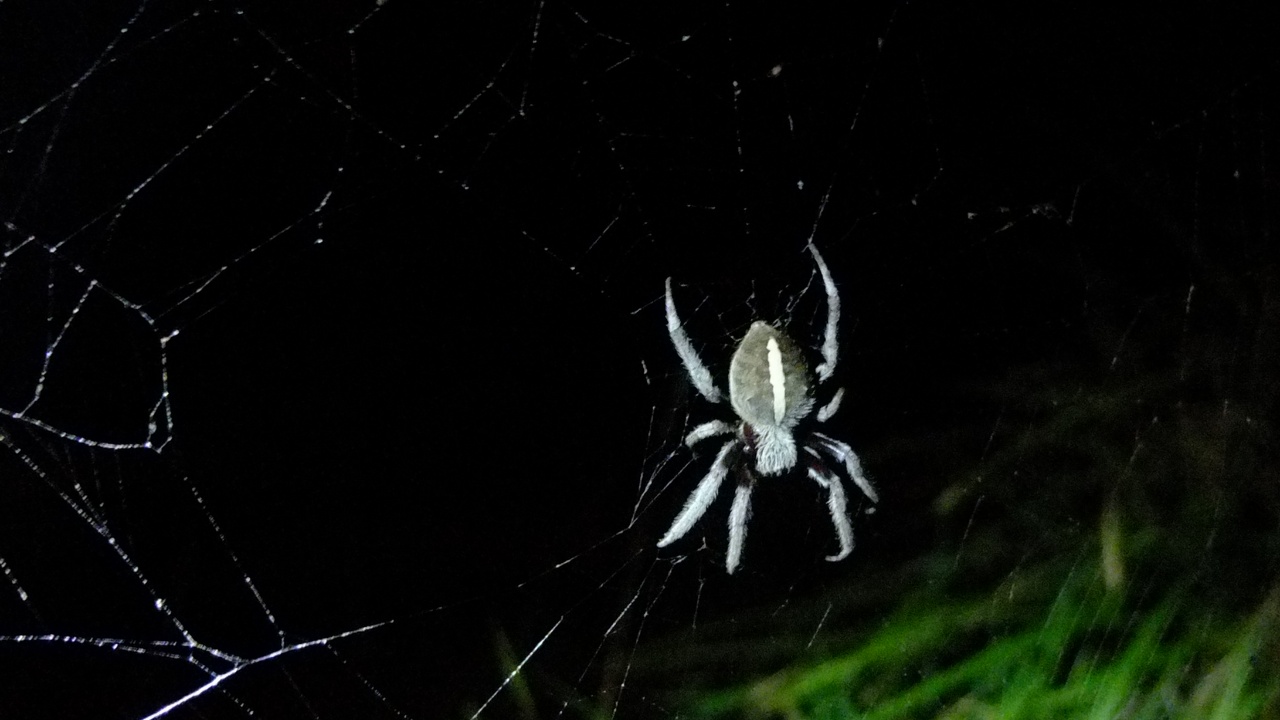 This spider is called the “garden orb web spider” because of the well-known shape of its web. It’s usually stand up to the ground where you could wall and put your head right in it if you don’t pay attention. Brouuu! Scary but not venemous for human as well. 260 spices has been recorded in Australia. This is not the first one I’ll see tho. 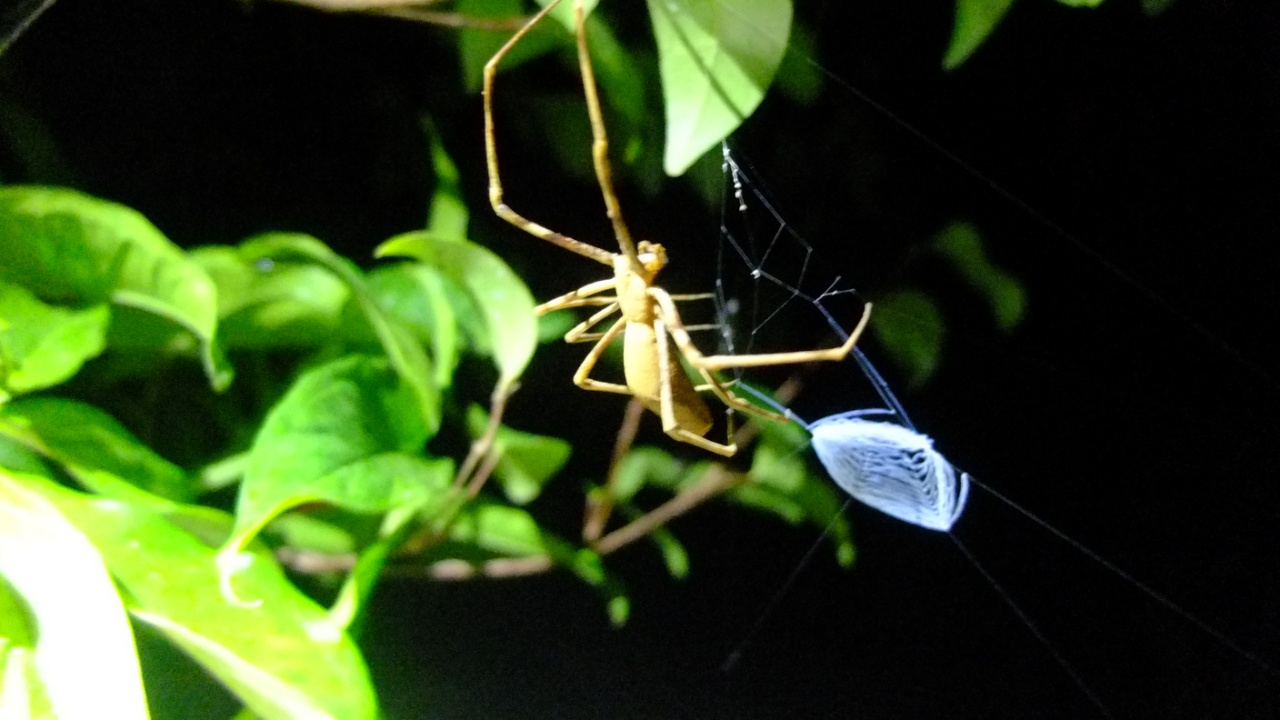 And the most impressive one for the end : the “net-casting spider”. This one is an artist! It make that web as a small rectangle to catch its preys. Let’s have a look to the video it’s… Wow! 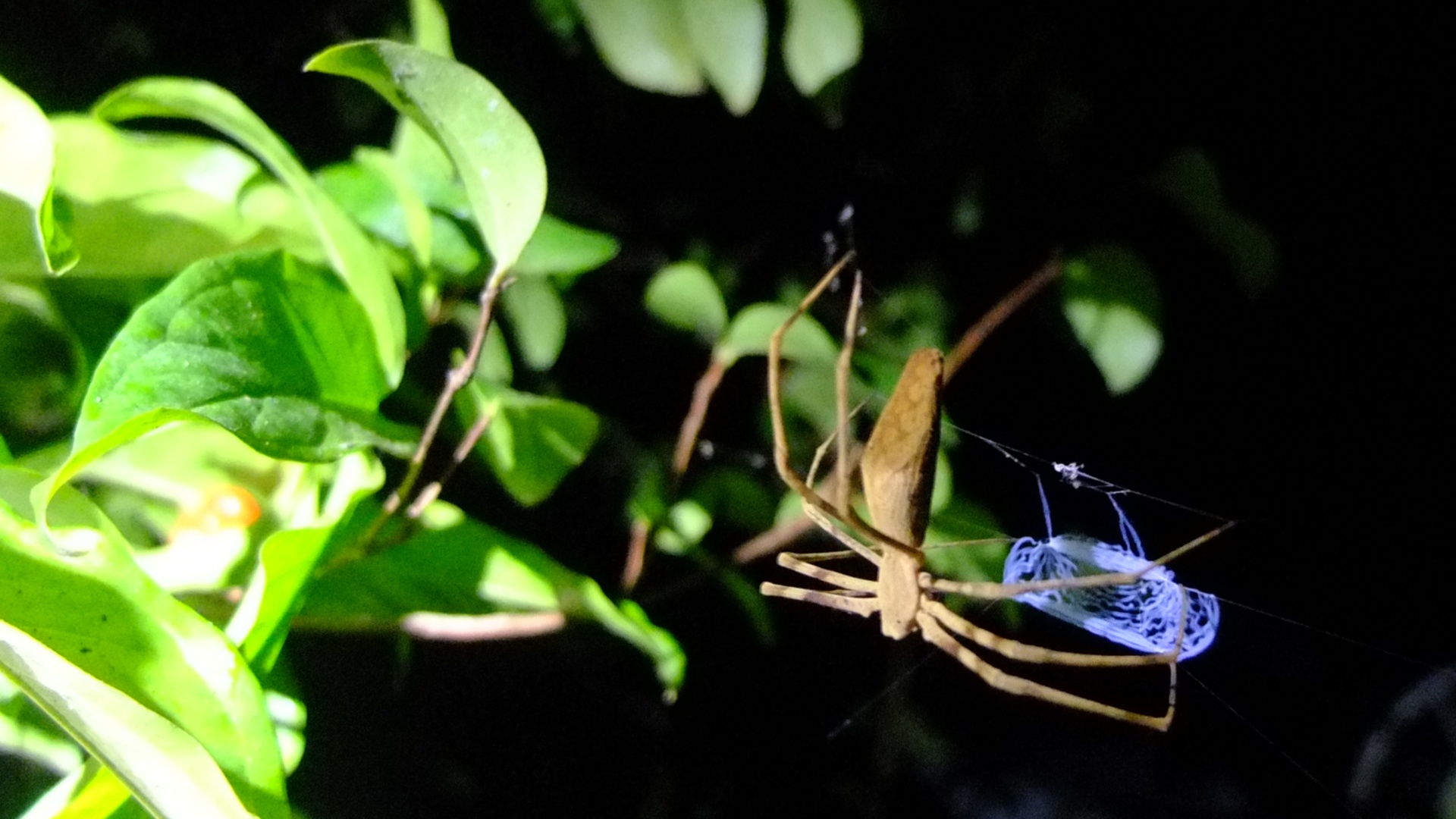 When it reach this position there is nothing to do for a while. Just waiting… Life is hard ;-)The net-casting spider feeds on ants, beetles, crickets and other spiders. Not human, fiou!, lucky us!

One thought on “Woolgoolga, nocturnal spiders !”