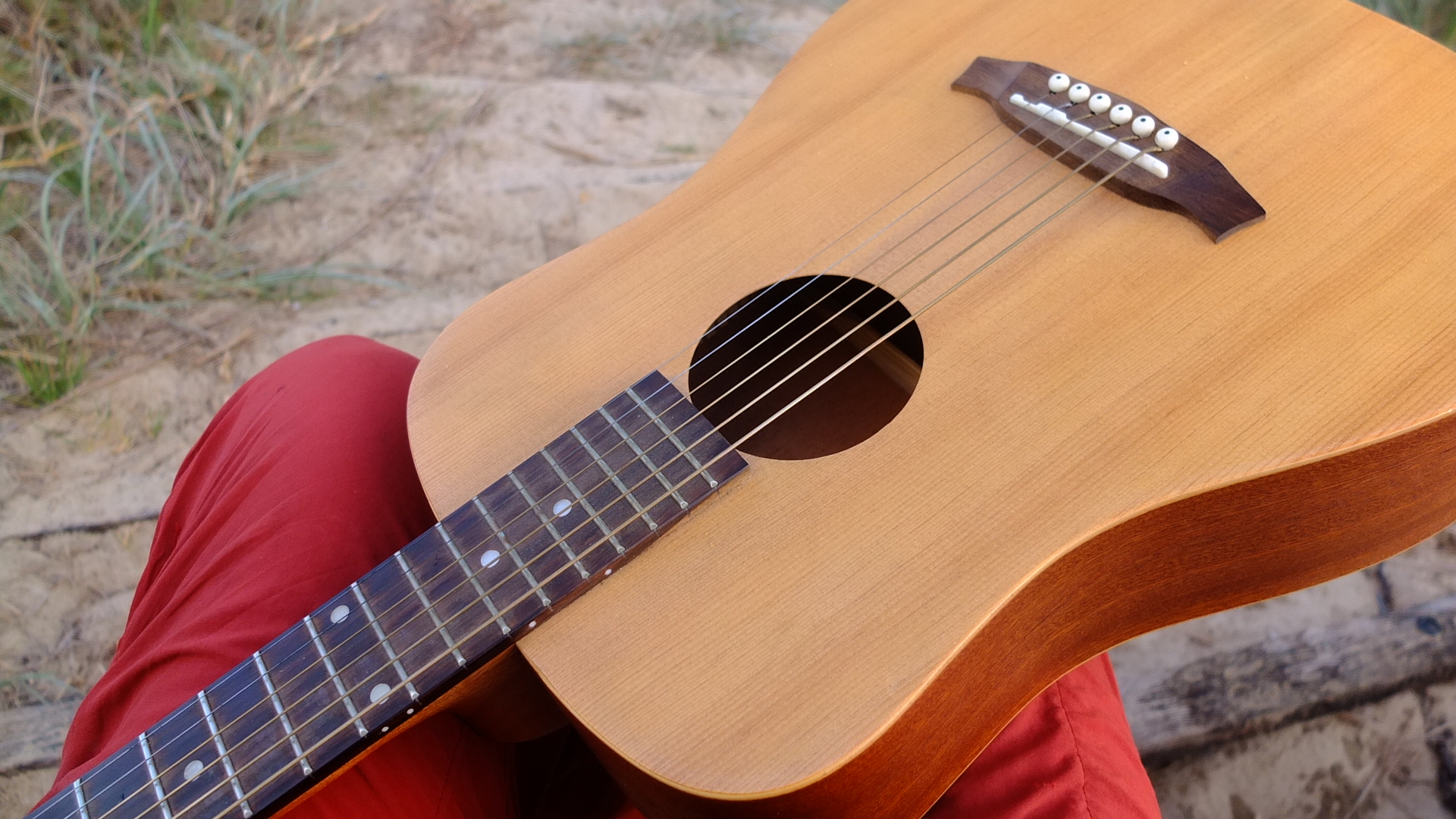 Fiou! This is a long time I haven’t been playing with that guitar. Marco your are certainly better than me now. I hope the ocean will inspire me :-) 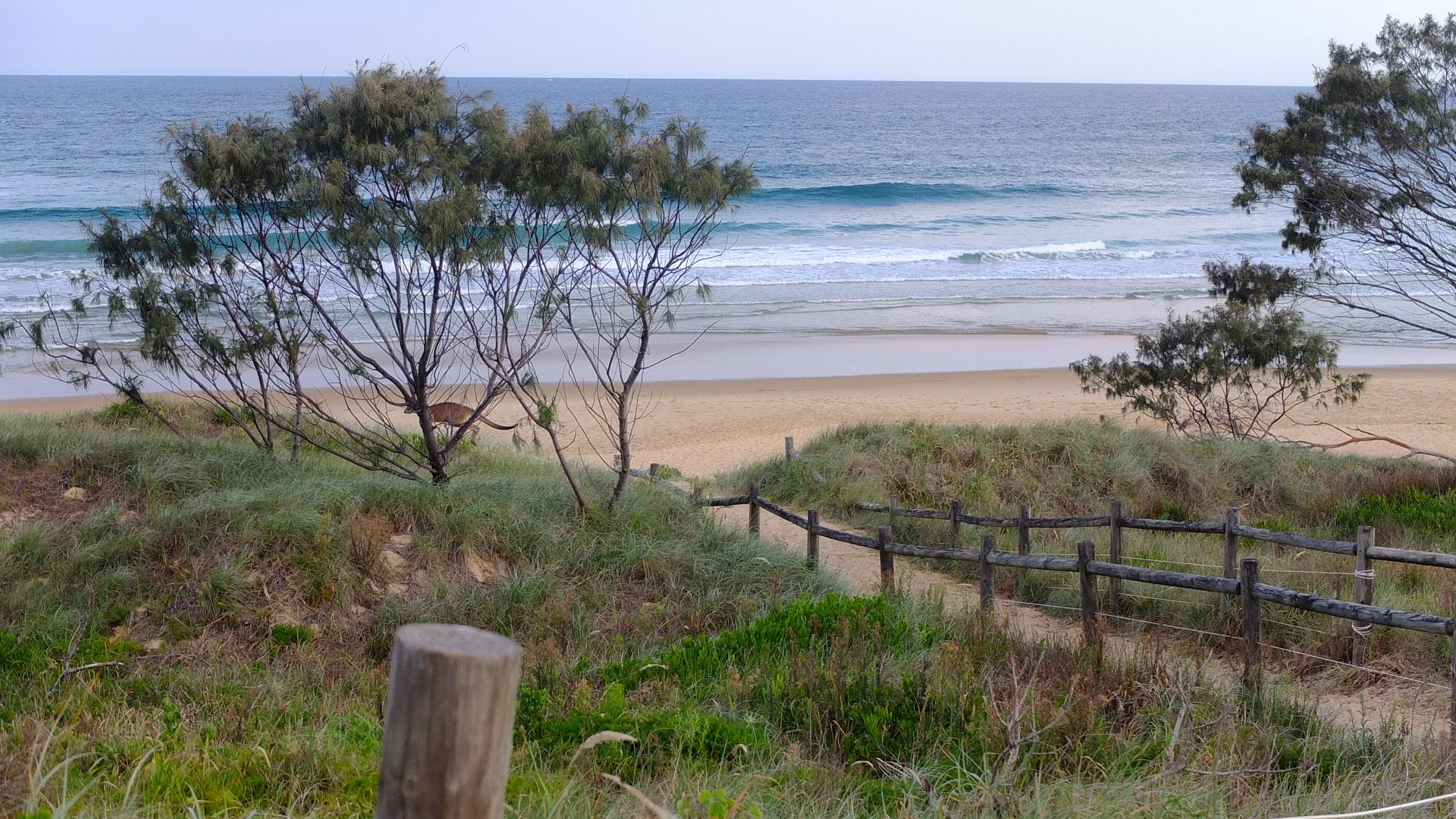 Kangaroo! Can you see it?

Later on, I met Jibril, a nice coming from Guinea in Africa. He is speaking French (I’m not lucky!) and he told me his story about his past life when he was still living in Africa. He was a fisherman, going fishing several days far from the coast. They were plenty of them fishing days and nights with only string line and hooks. To avoid any injuries with the thin fishing lines they wore some fingers protections made in jeans. He lost many of his friends there when the ocean got rough. Some people felt asleep, to tired and just fall in the water and disappeared in few second. Even it happened than the captain of the boat fall asleep during he was driving home and then the boat started to turn around and lost all his fuel…
This is a hard life, for sure. Now he is living in Australia, trying to make money (picking blue berries like me) but his family keep asking him to send some money. He is a good guy and of course he does help his family but he’s got one here as well. Fiou, good luck Jibril, You’ll do it.

2 thoughts on “Woolgoolga, guitar time front of the beach”