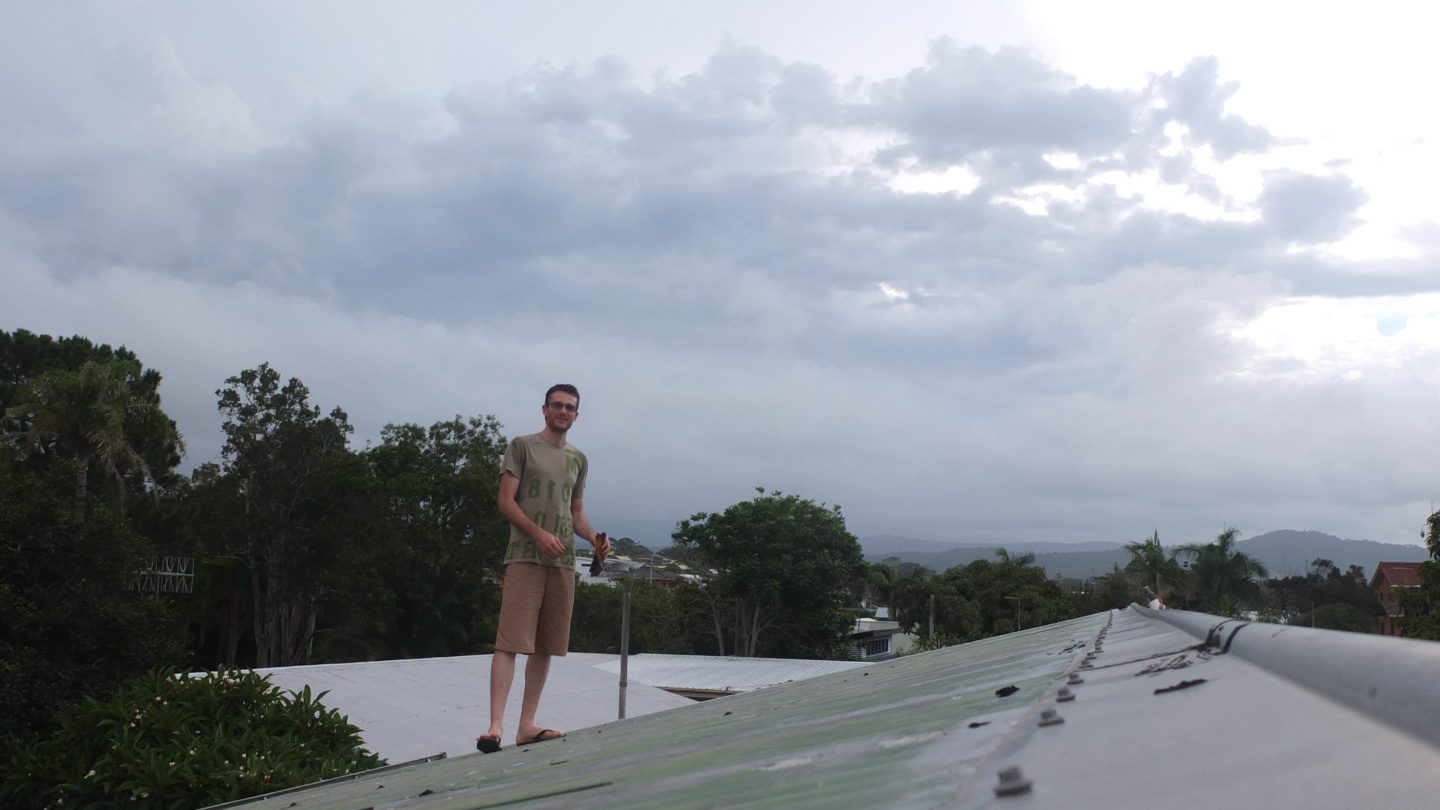 This is the second year that I start working on the 1st of January AND in Woolgoolga. Exactly a year ago, I started in the blueberries and this time I’m working on a roof. 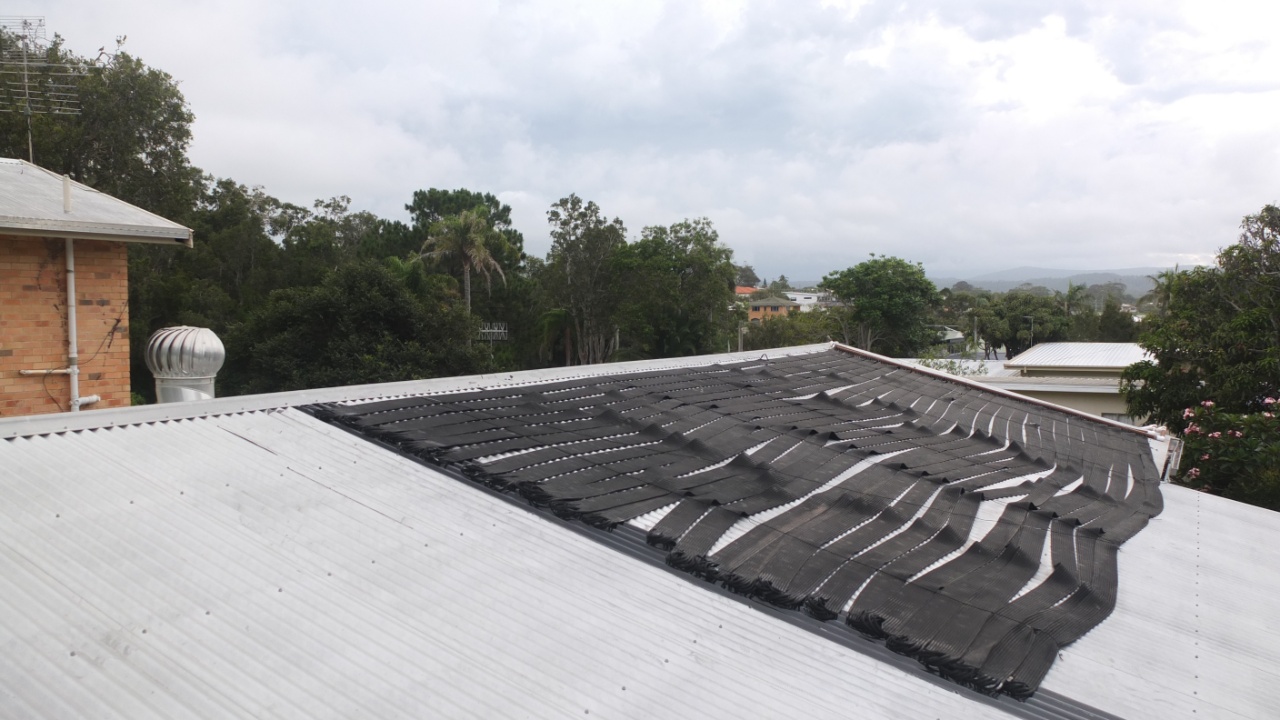 John wants me to fix two things: his solar hot water system (those black pipes) and the rust on the roof. 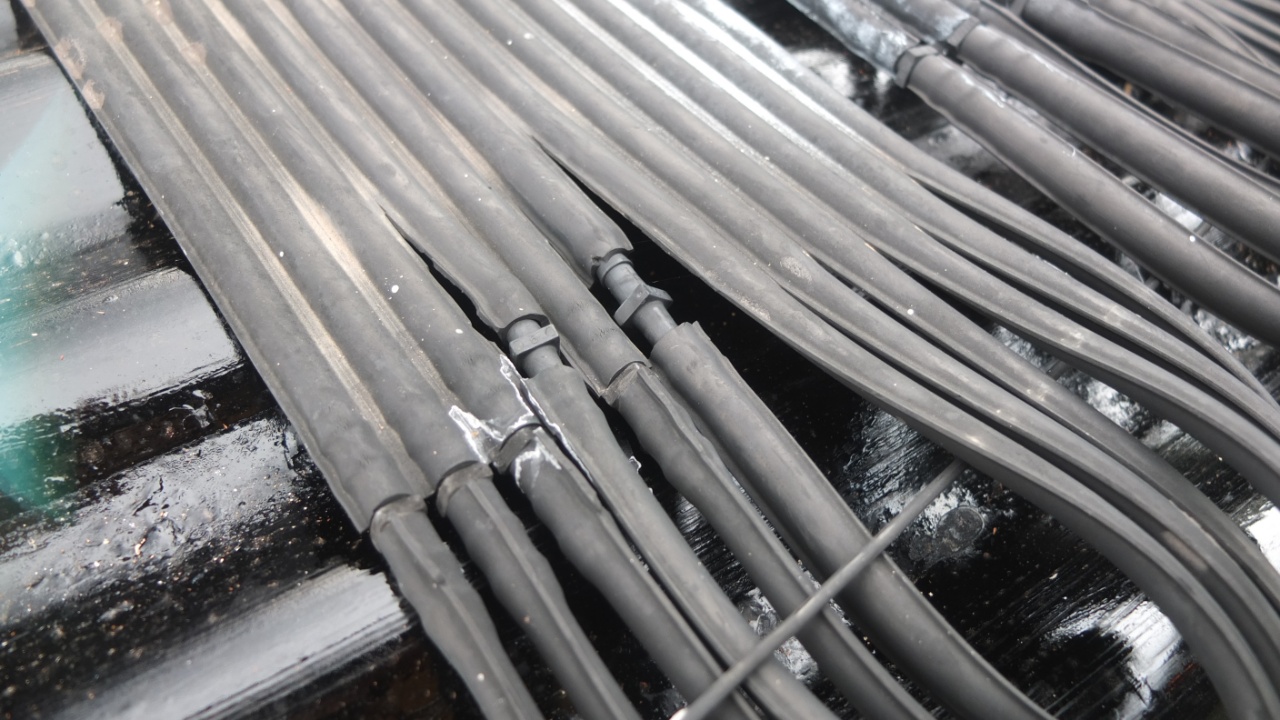 Because of the sun, the plastic connectors get dry and crack. Water is coming through these pipe so any hole is a problem. I need to make sure each bit of plastic is fine. It’s not a hard job until I need to replace one. 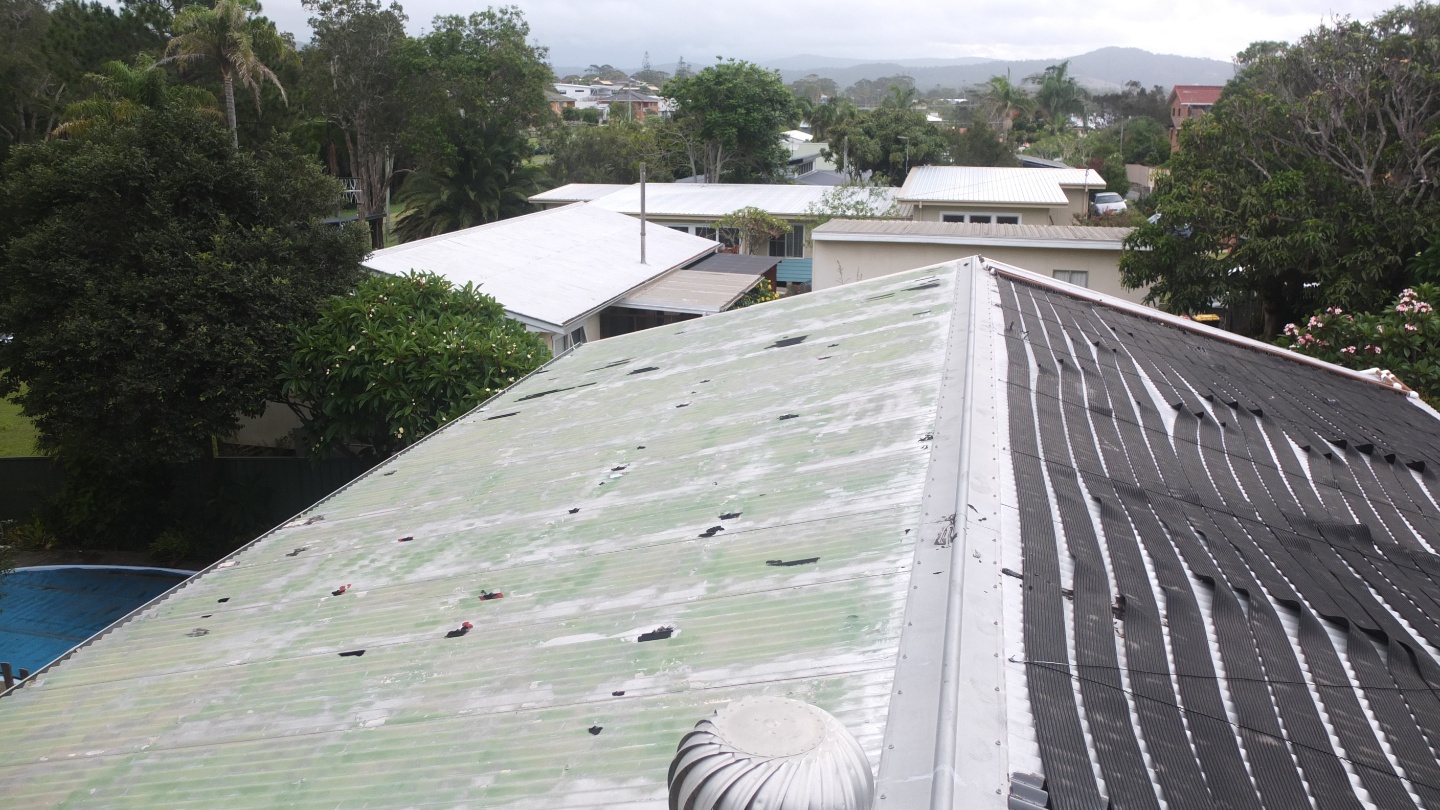 Second mission is to paint any part where there is rust and there is a lot! You can see the black spots, that was rust. 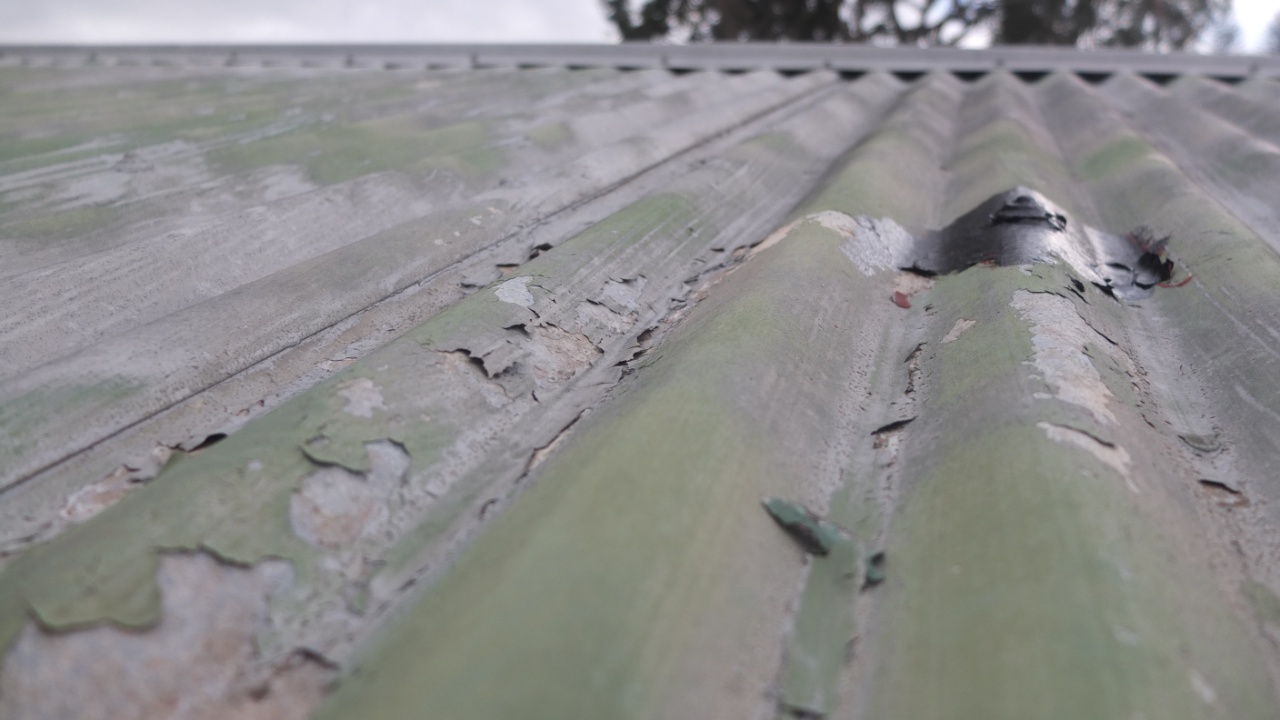 Another issue is the paint. It starts peeling and then it rusts. I won’t have the time to paint the whole roof but at least I can take some pictures for john so he has an idea of how bad is it. 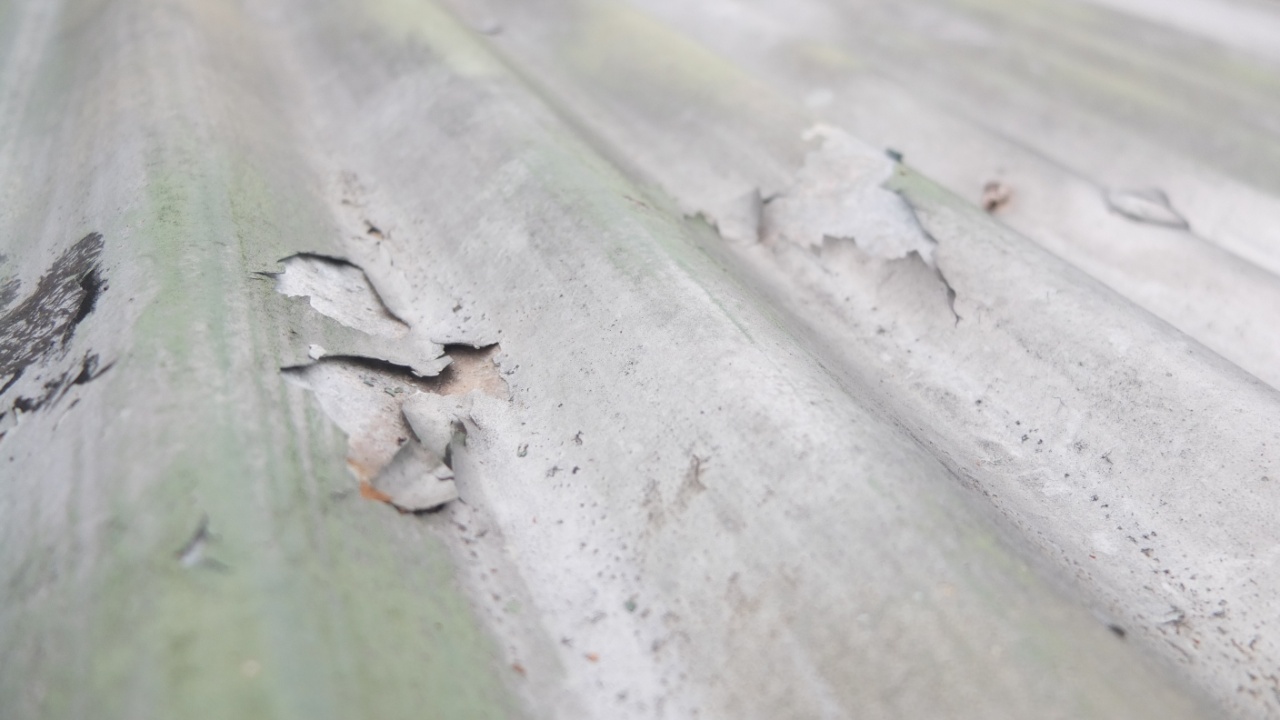 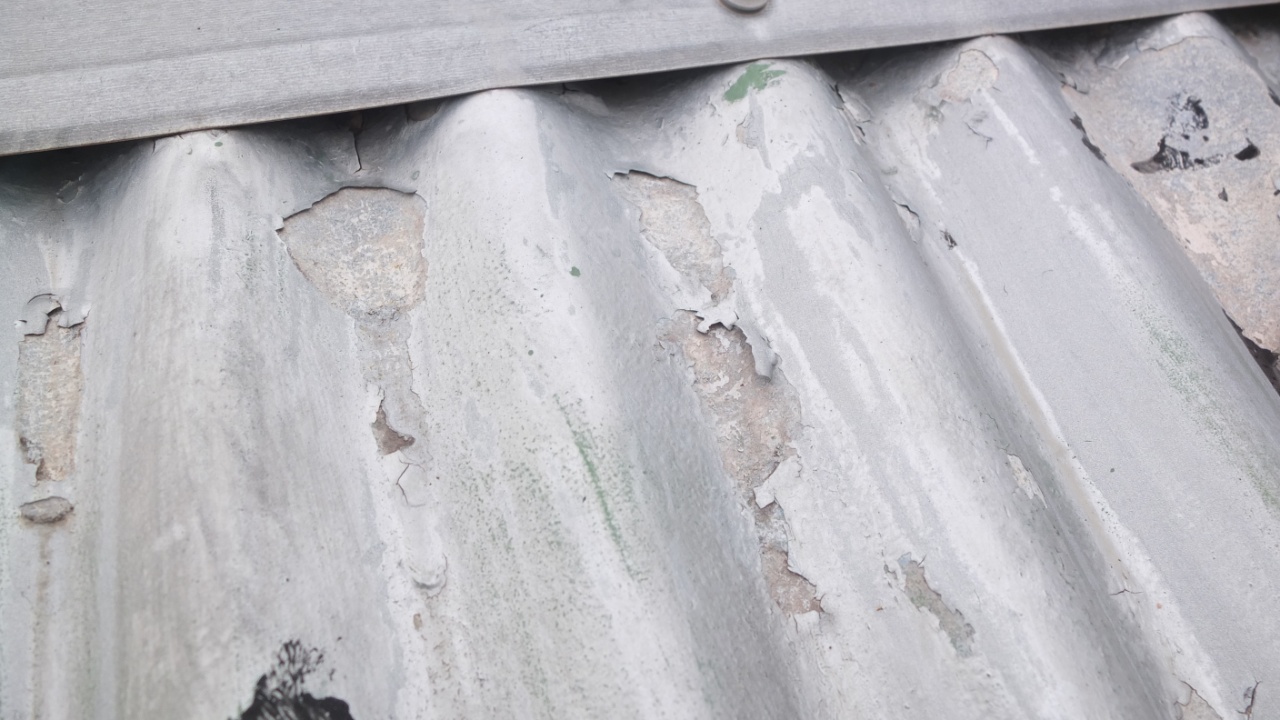 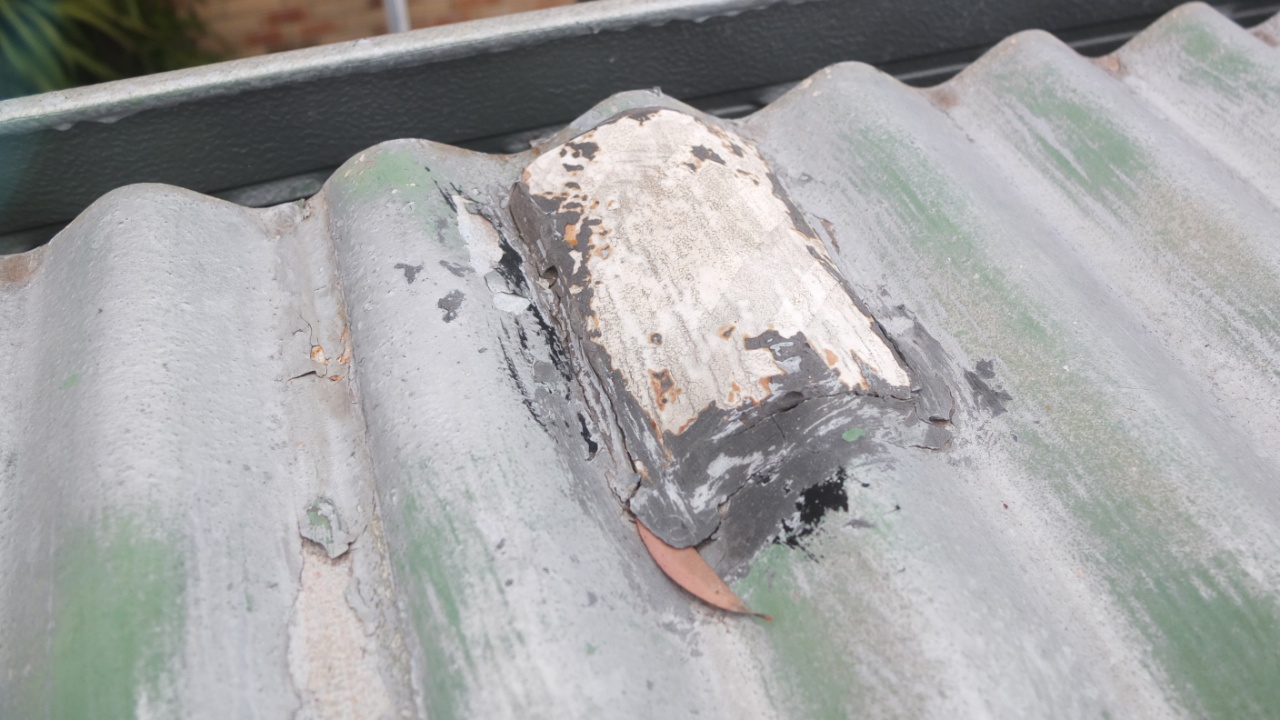 And sometimes there is holes as well. This one has been repaired but I don’t think it’s a really good job. 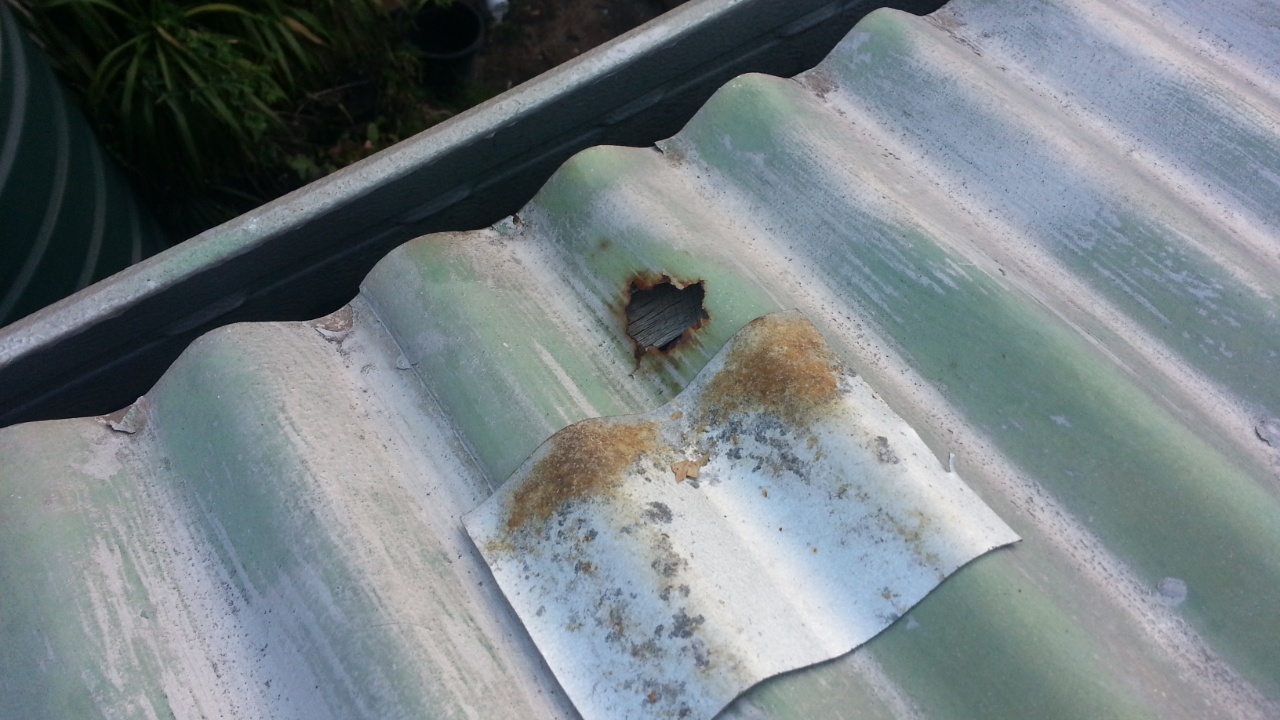 John cut some roof patch for me which have the same shape. I’ve got glue, I’ve got paint. I just need
time now :-) 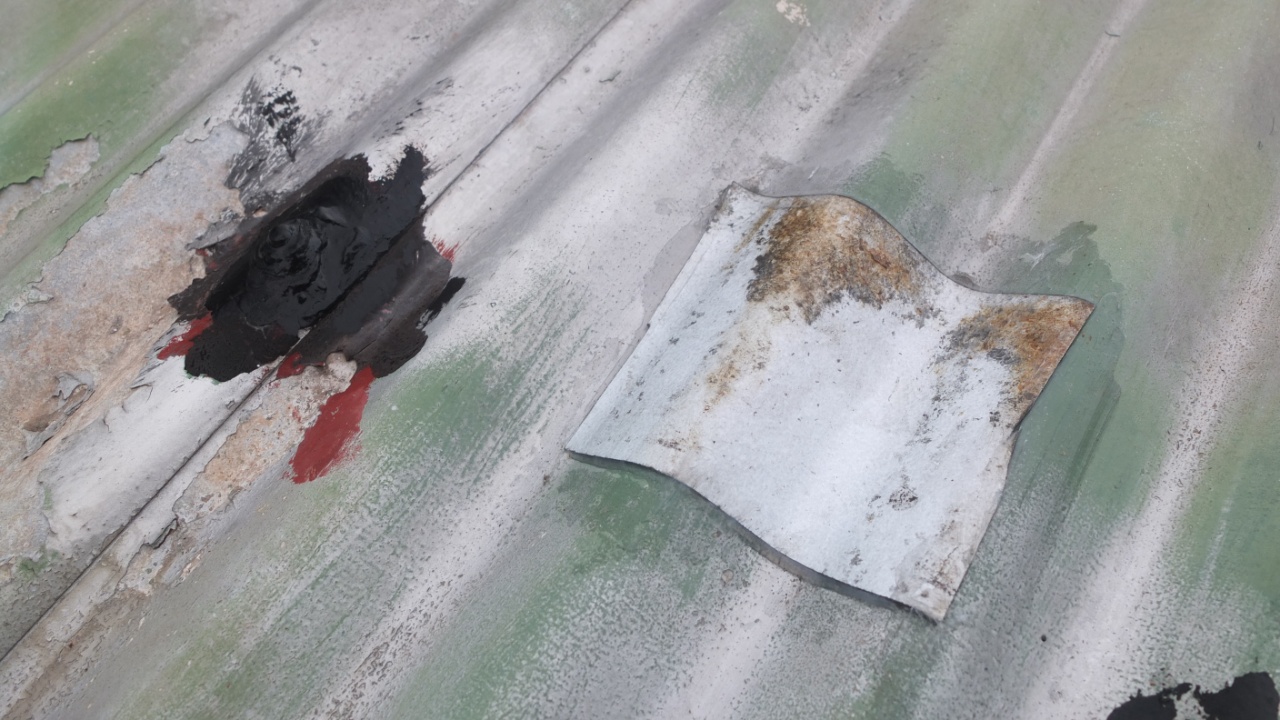 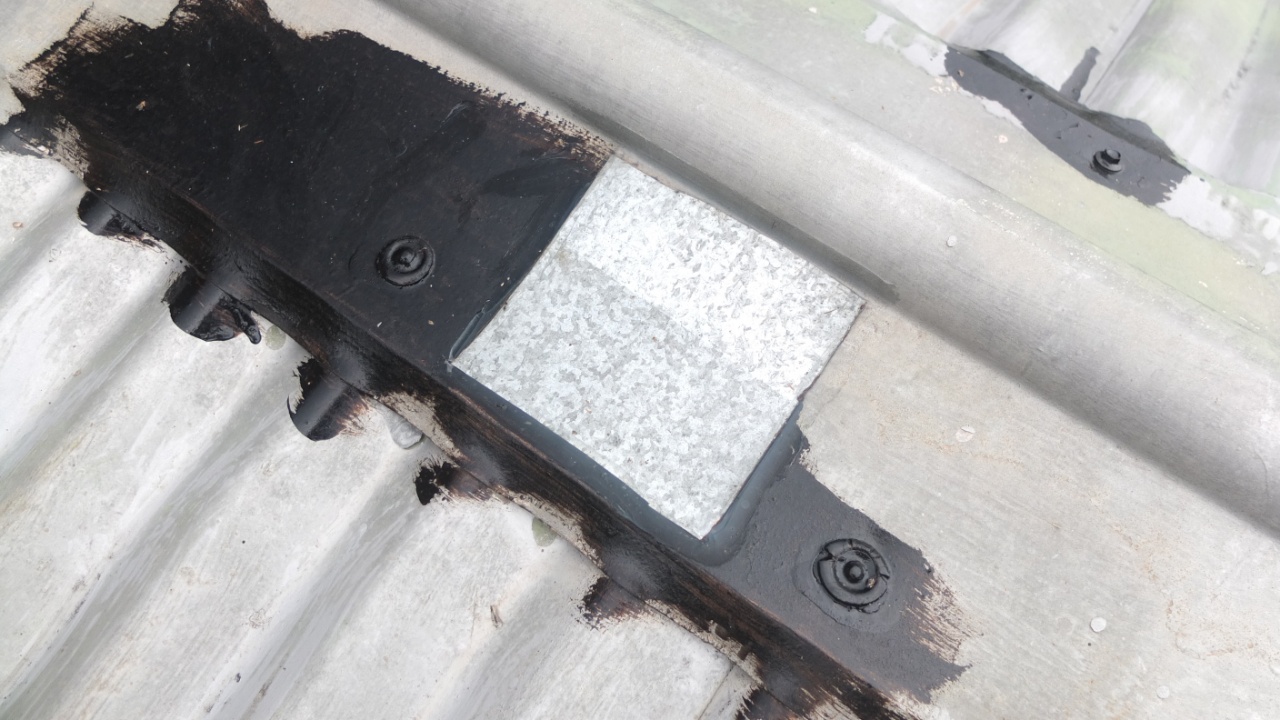 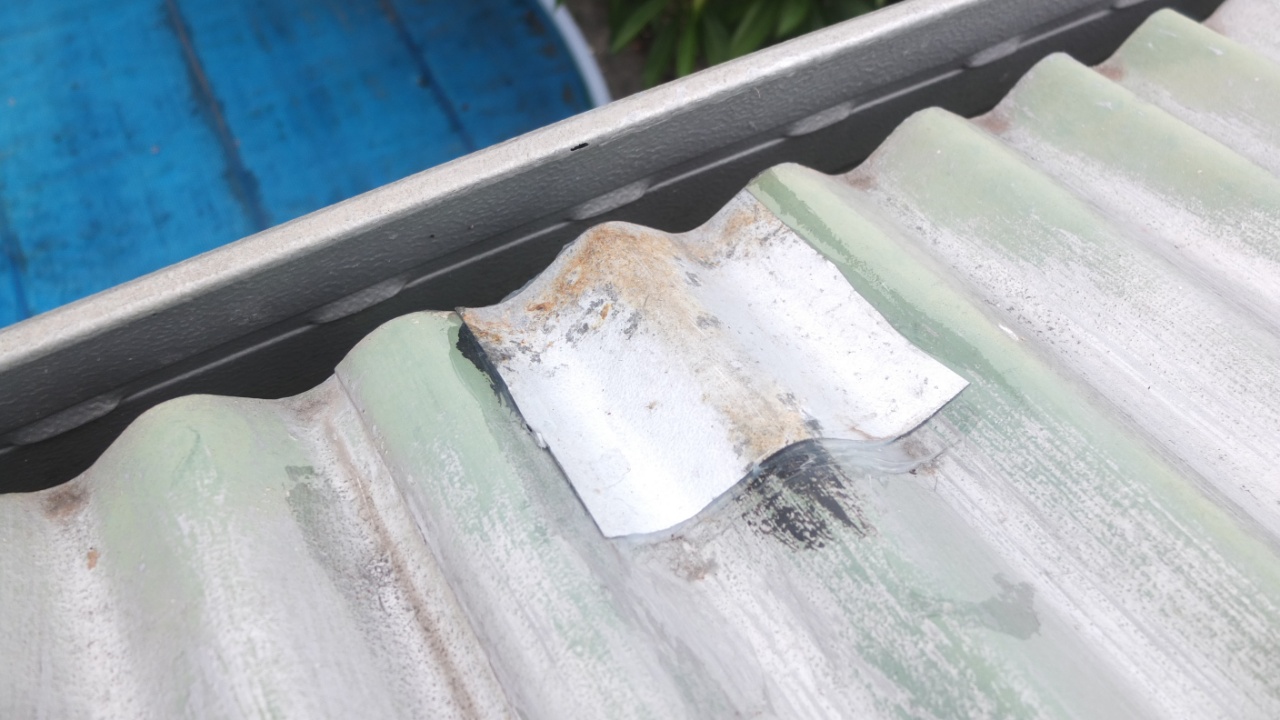 And three, four five, six. There is a lot! 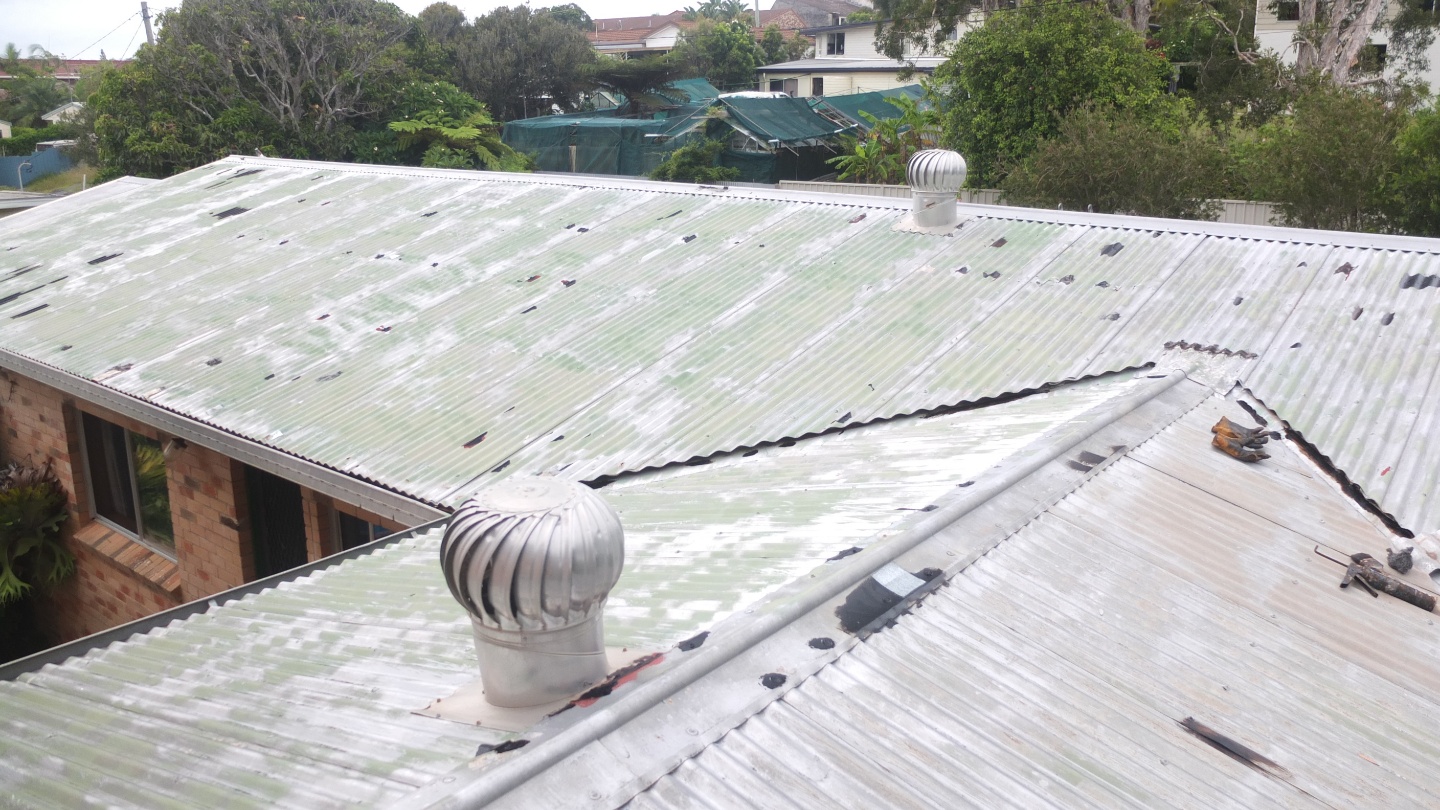 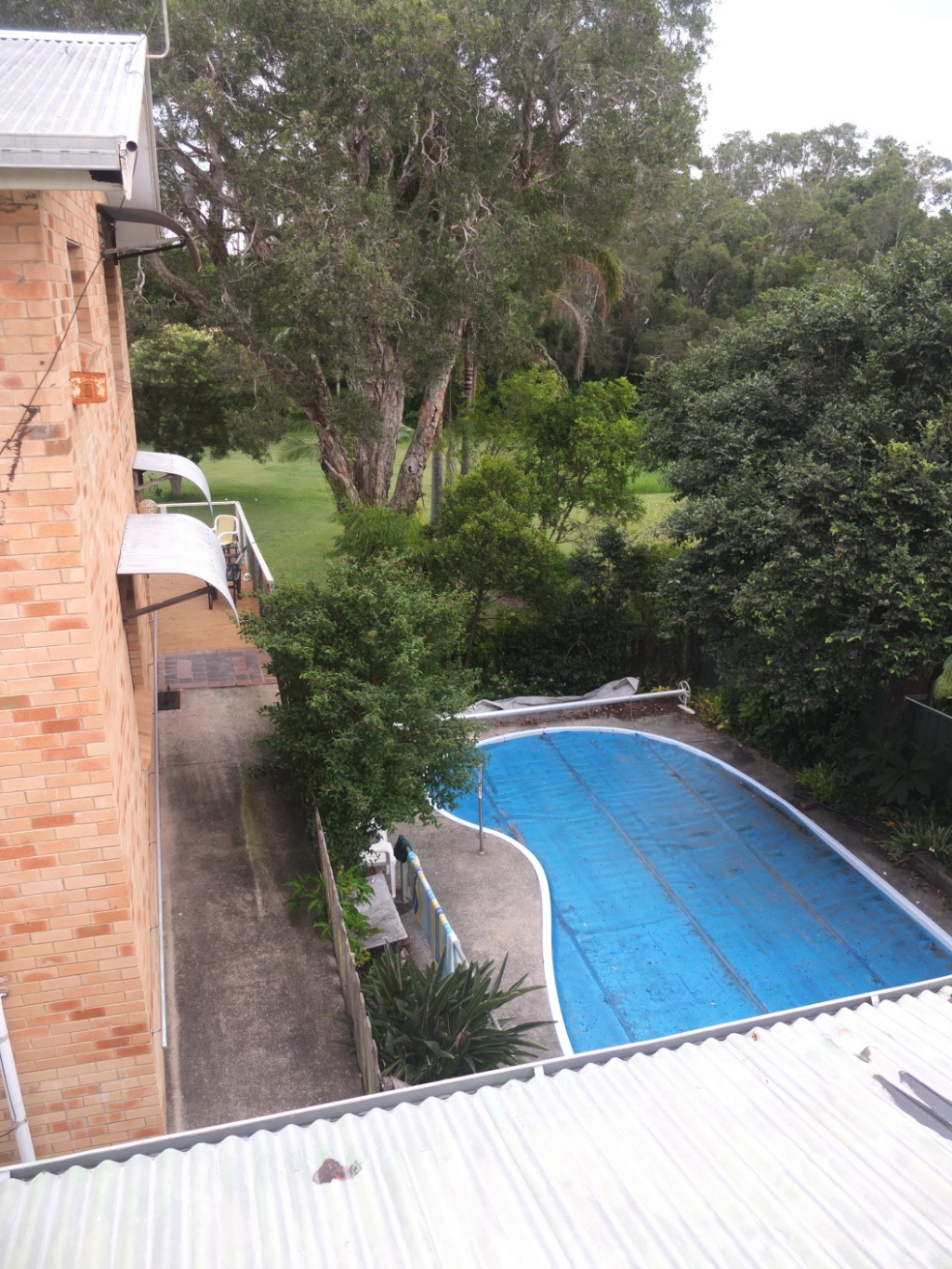 John’s swimming pool and garden side. 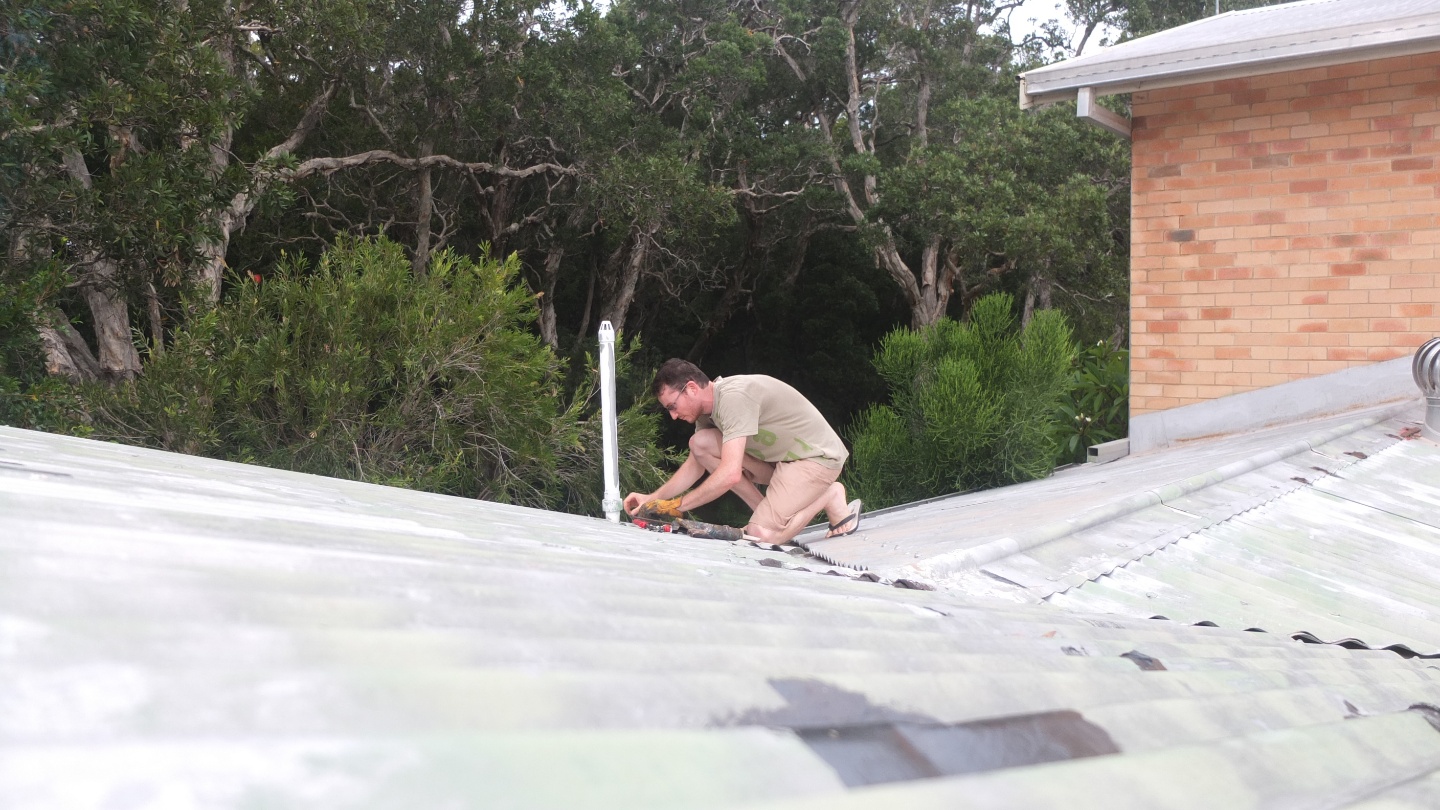 I have one more challenge. 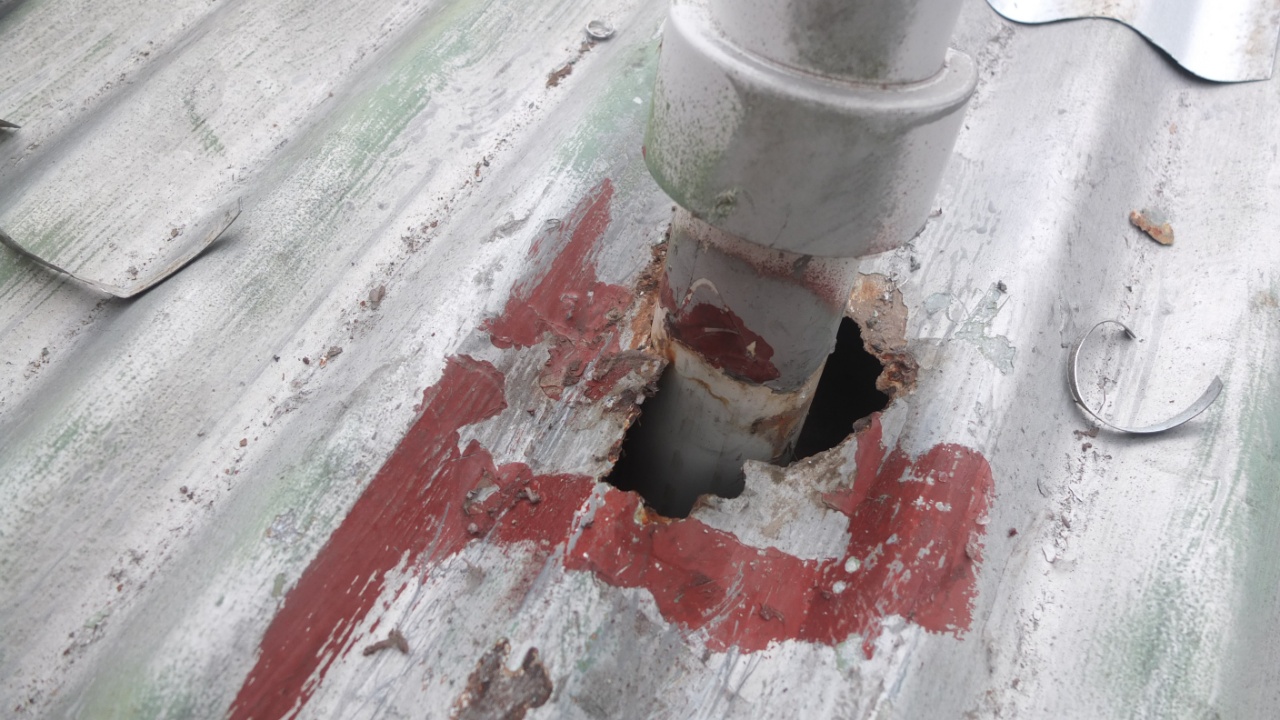 Repairing that big hole around the pole. Before it was only cover with glue around but that glue was dry and not waterproof anymore. 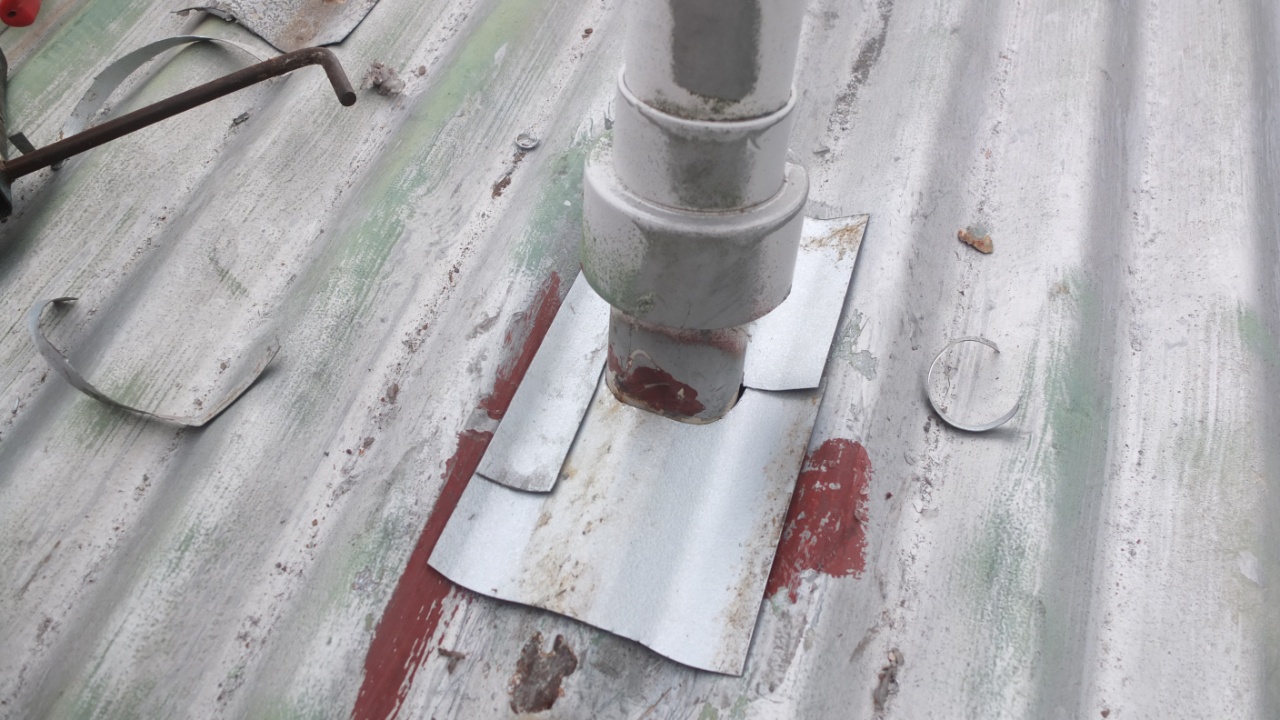 First step, cut the right piece of metal to fit around the pole. 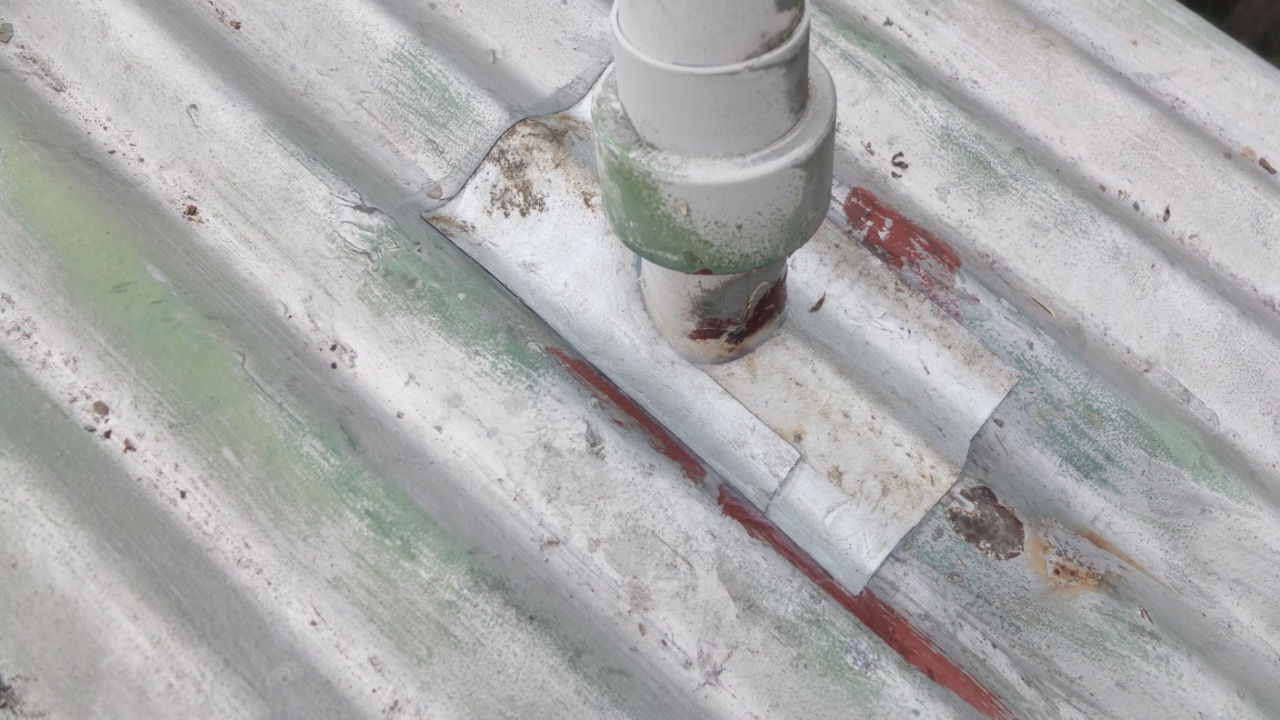 Second and final step, glue all together and that’s it! I think I’ve done a good job :-)