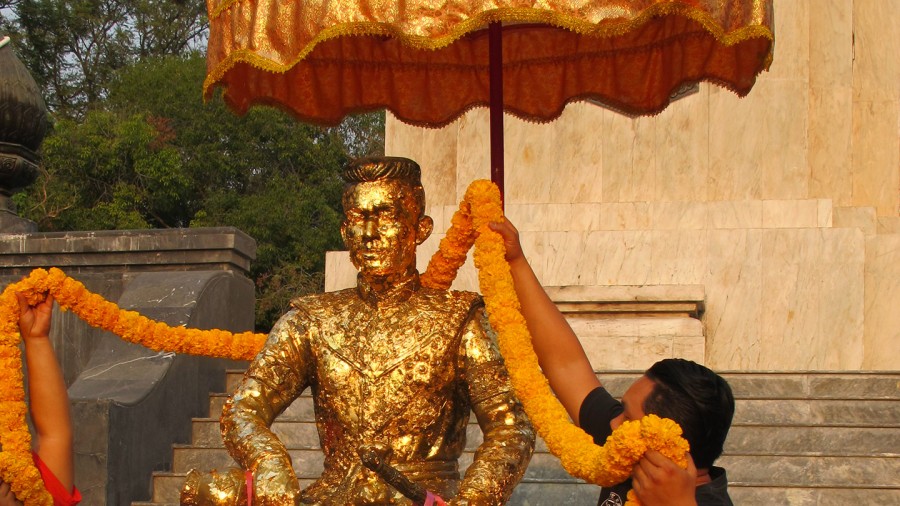 We finished the day with a visit of Don Chedi Monument. This is where Naresuan statue stands. This king fought against the Burmese people, won the battle and became part of an in important part of Thai history. After that, we cycled towards the closest temple to cook our fancy dinner and spend the night. 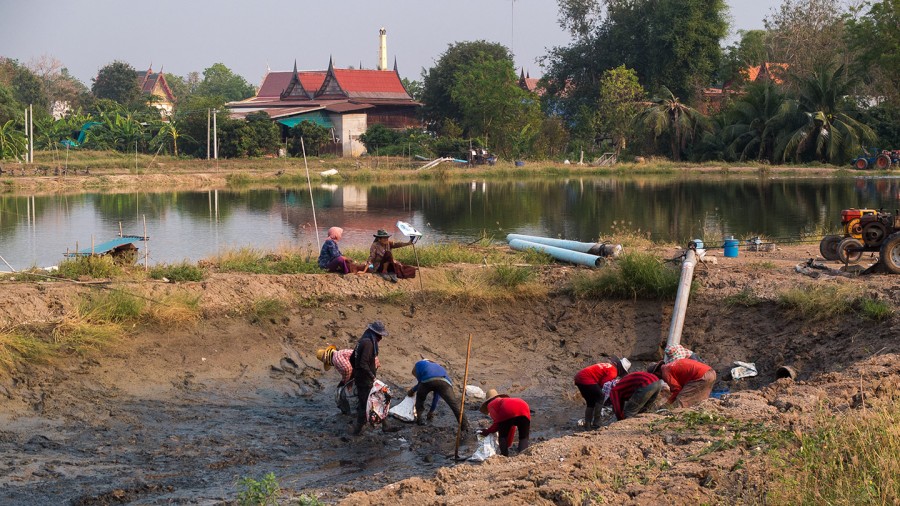 After Wat Khae, we continued cycled for a bit until it got too hot for cycling. We found a very nice place where to eat lunch and have a break. Three hours later, we got back on the road. The road was going through the countryside, in diagonale, directly towards our next destination. We passed front of a pool where people seemed to catch some fish. 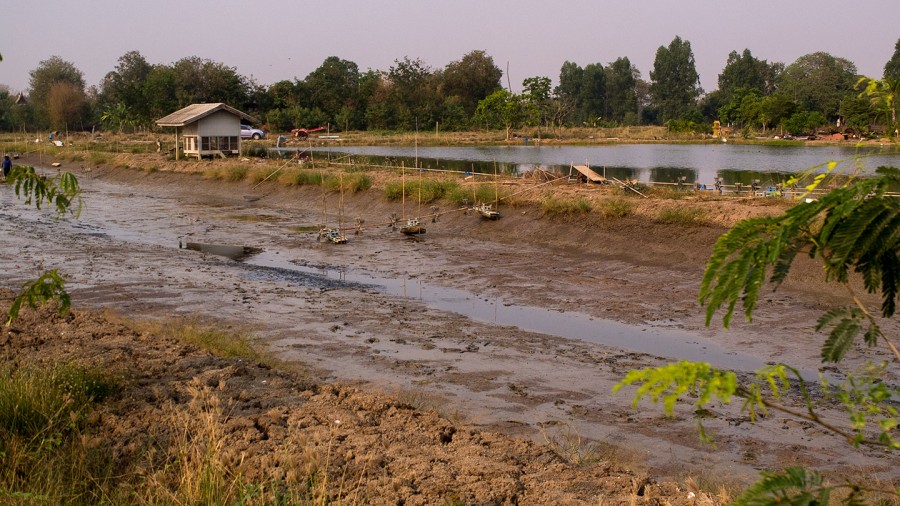 We made a U-turn and came back to find out the answer. First, Pita thought they emptied the pool to be able to catch the fish. Actually this was no fish. 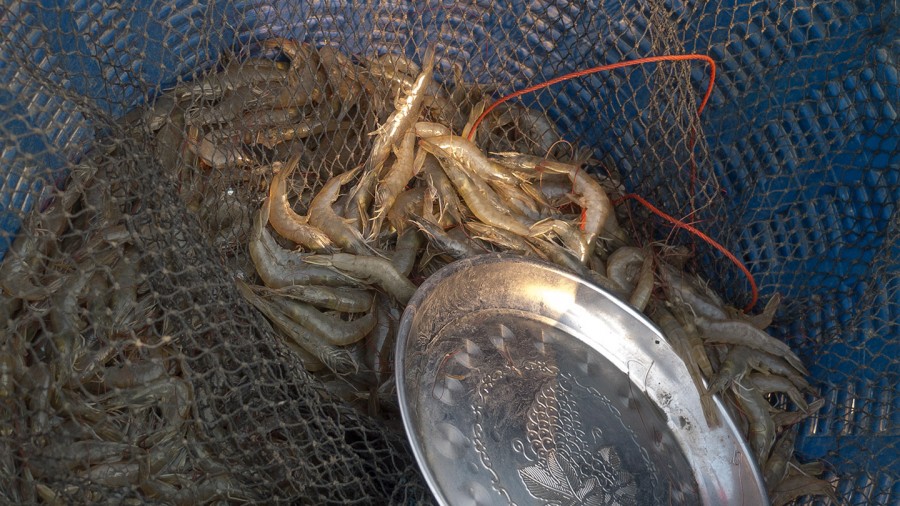 But prawns! They transferred the water from one pool to the other and get all the prawns. Pita explained what we were doing. One of the guy open a fresh beer bottle and gave it to me. “Why always beer?” Well, it’s offered and fresh, I cannot really say no. They gave us some prawns to and refused that we payed! 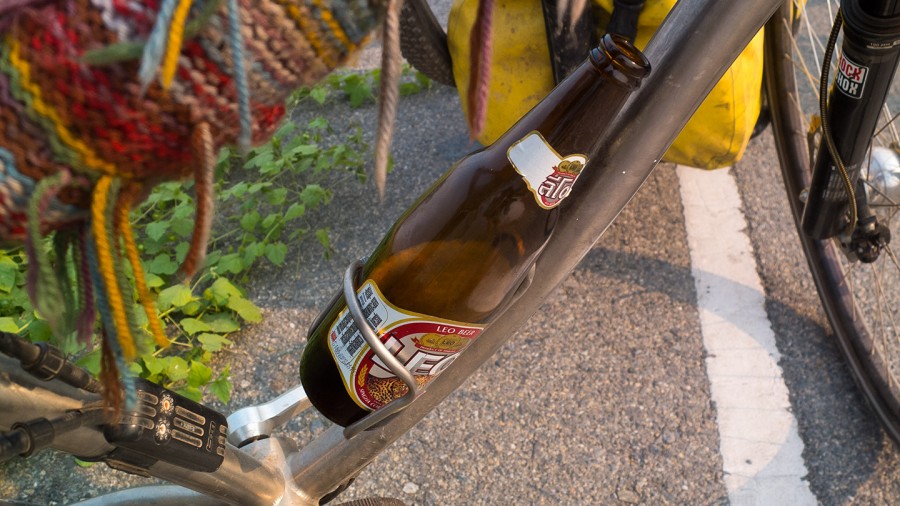 I’ve lost my plastic bottle few days ago. This one just fits in but I look like an alcoholic now… 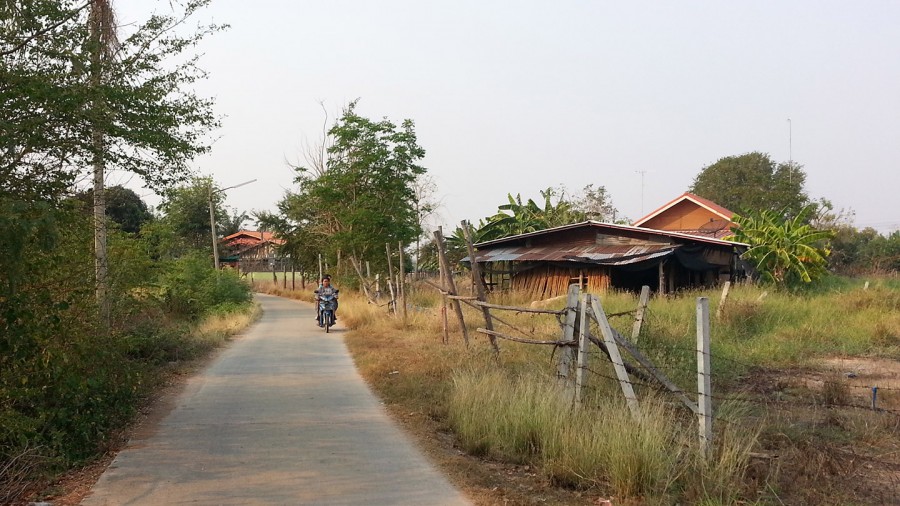 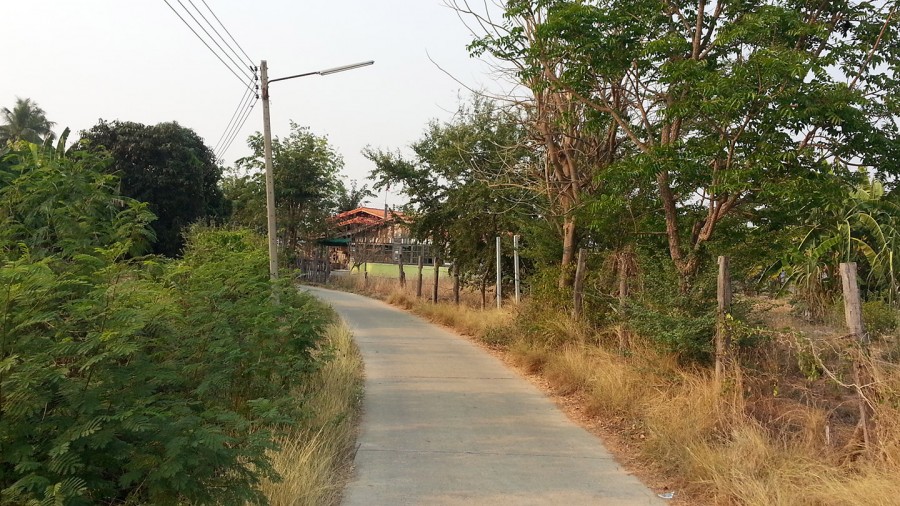 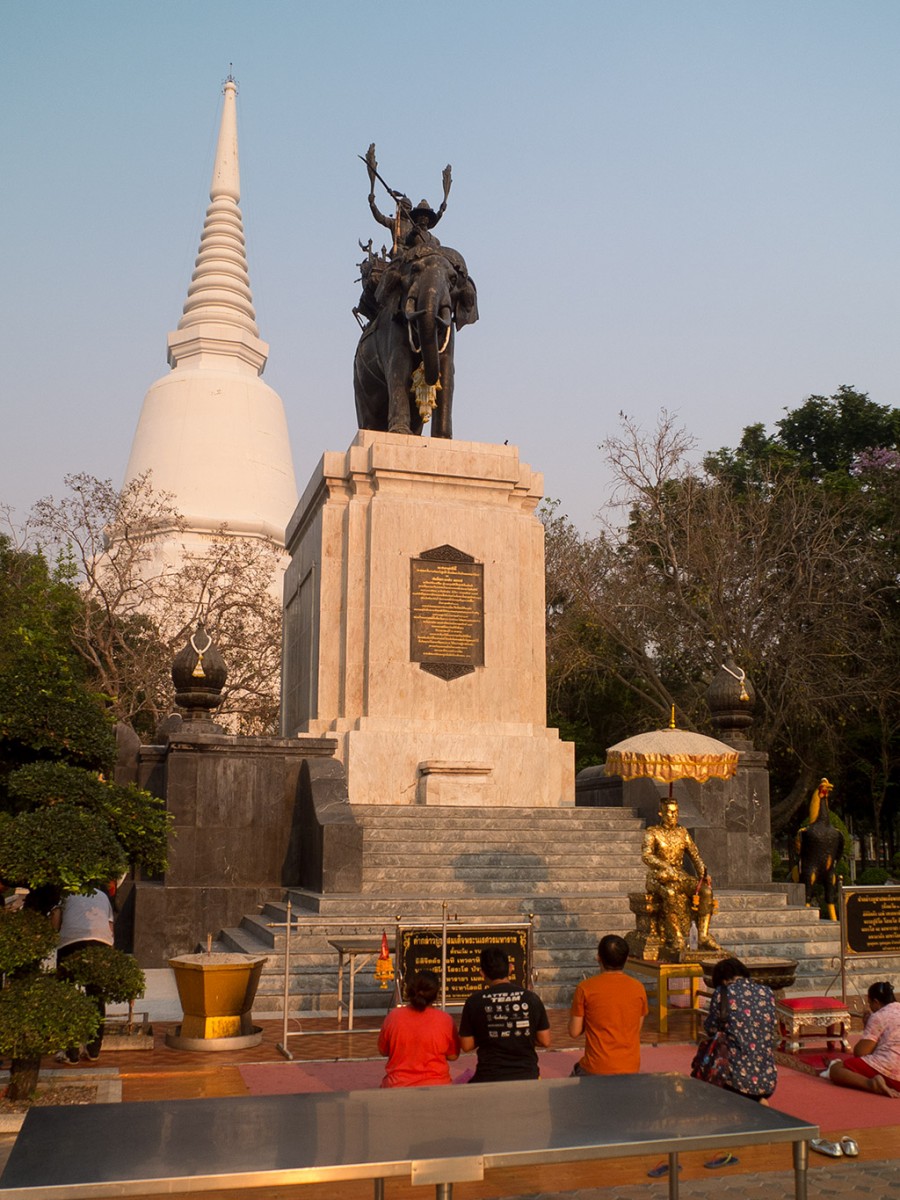 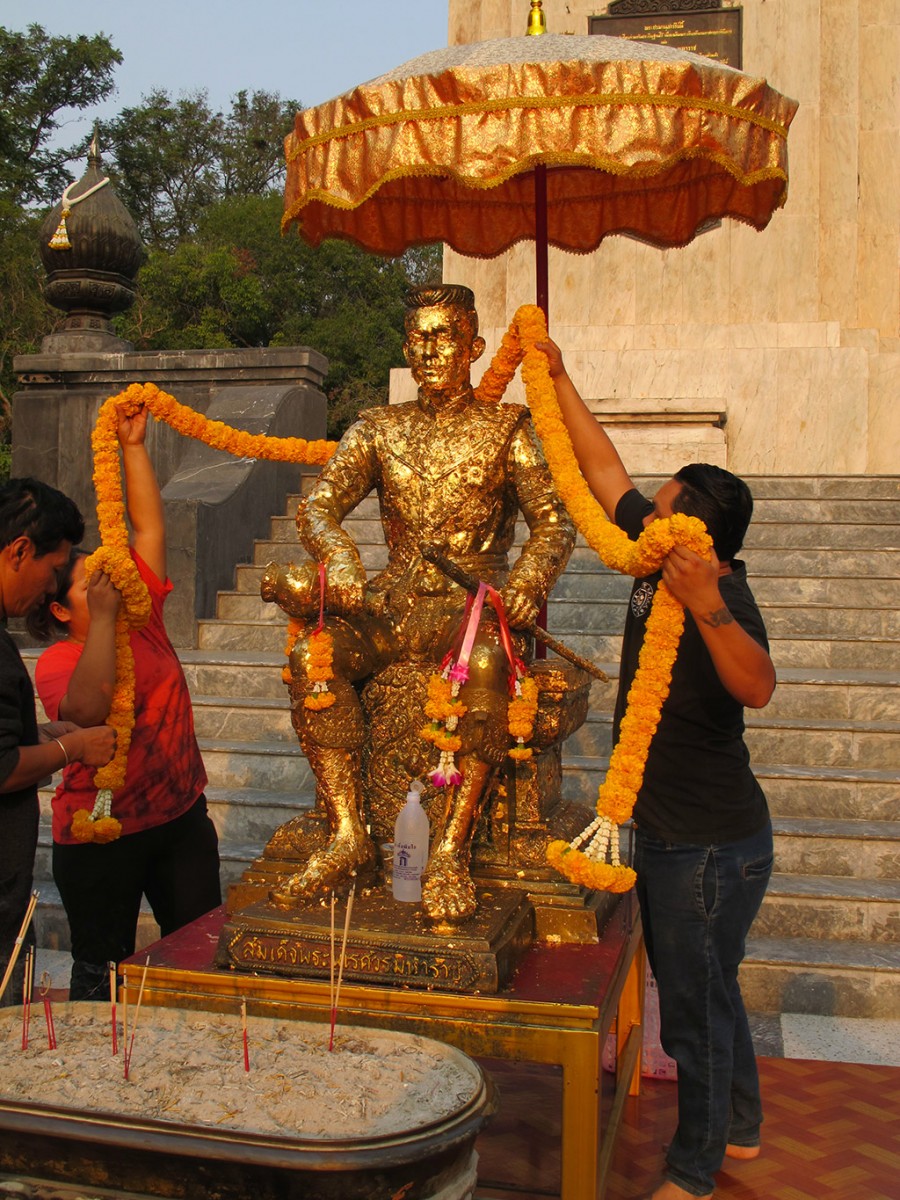 Naresuan or Sanphet II was the King of the Ayutthaya Kingdom from 1590 until his death in 1605. Naresuan is one of Thailand’s most revered monarchs as he was known for his campaigns to free Ayutthaya from theBamars under the Taungoo Dynasty. During his reign, numerous wars were fought against Taungoo Burma. Naresuan also welcomed the Dutch.