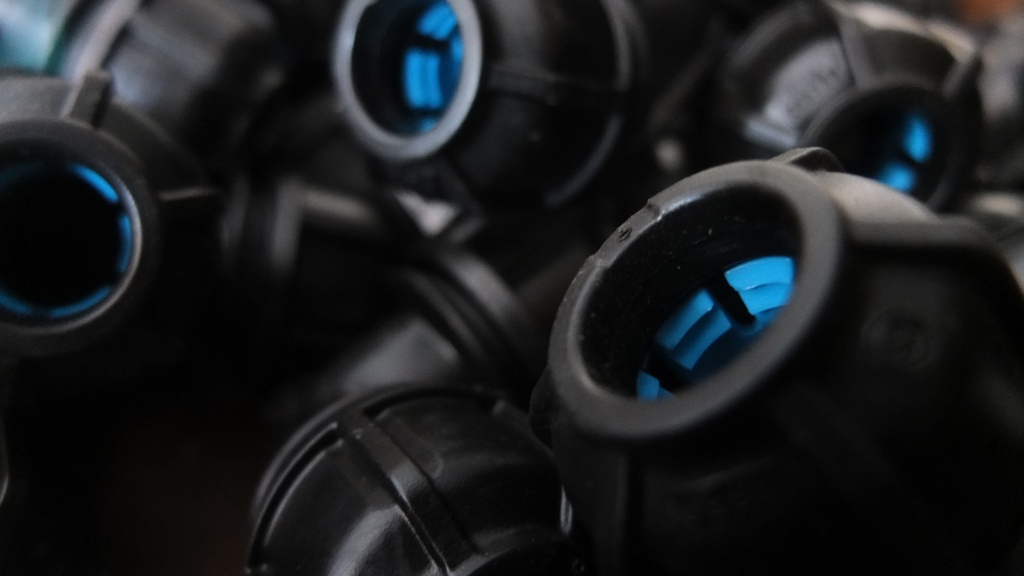 Today is the third day we are working on that pump water system. We are going to try to put a buffer water tank between the pumps and see what’s happen. We test, build, test again, modify. It’s not working yet but it’s very interesting. As I said yesterday, we sorted all the pipe connections and it’s a pleasure to go and chose what we want or need. 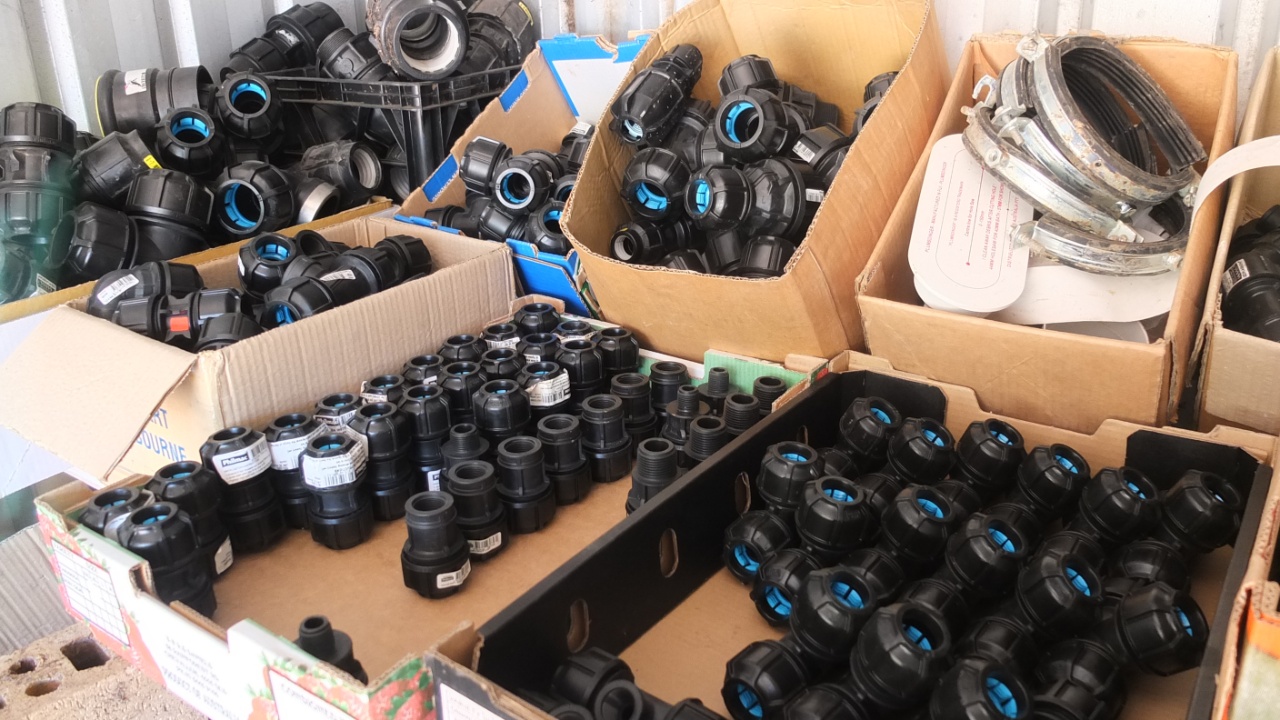 We should write indications for the next backpackers so they will follow the rules, I hope… 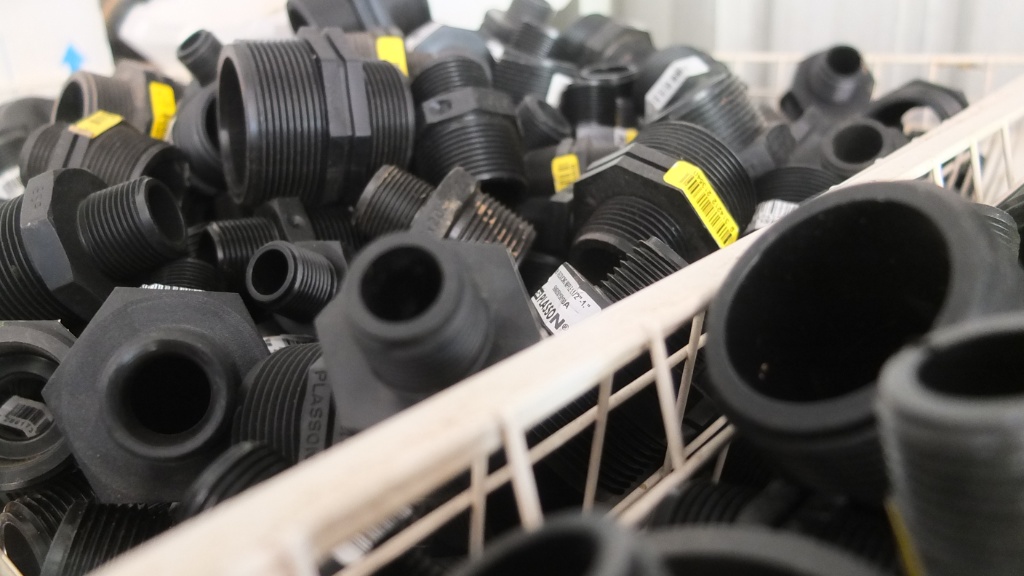 Other kind of connections 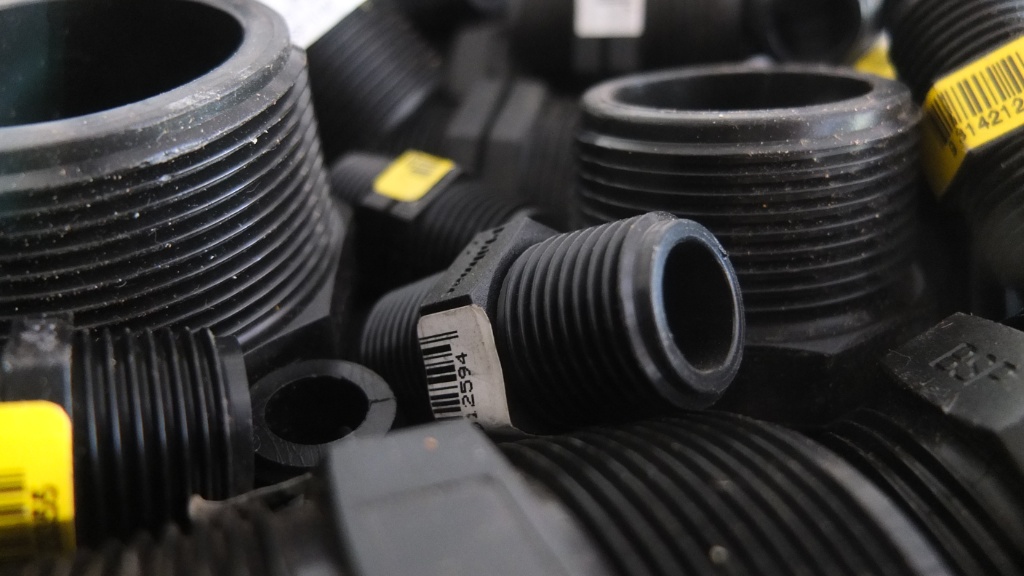 zoom zoom in the connection ;-) 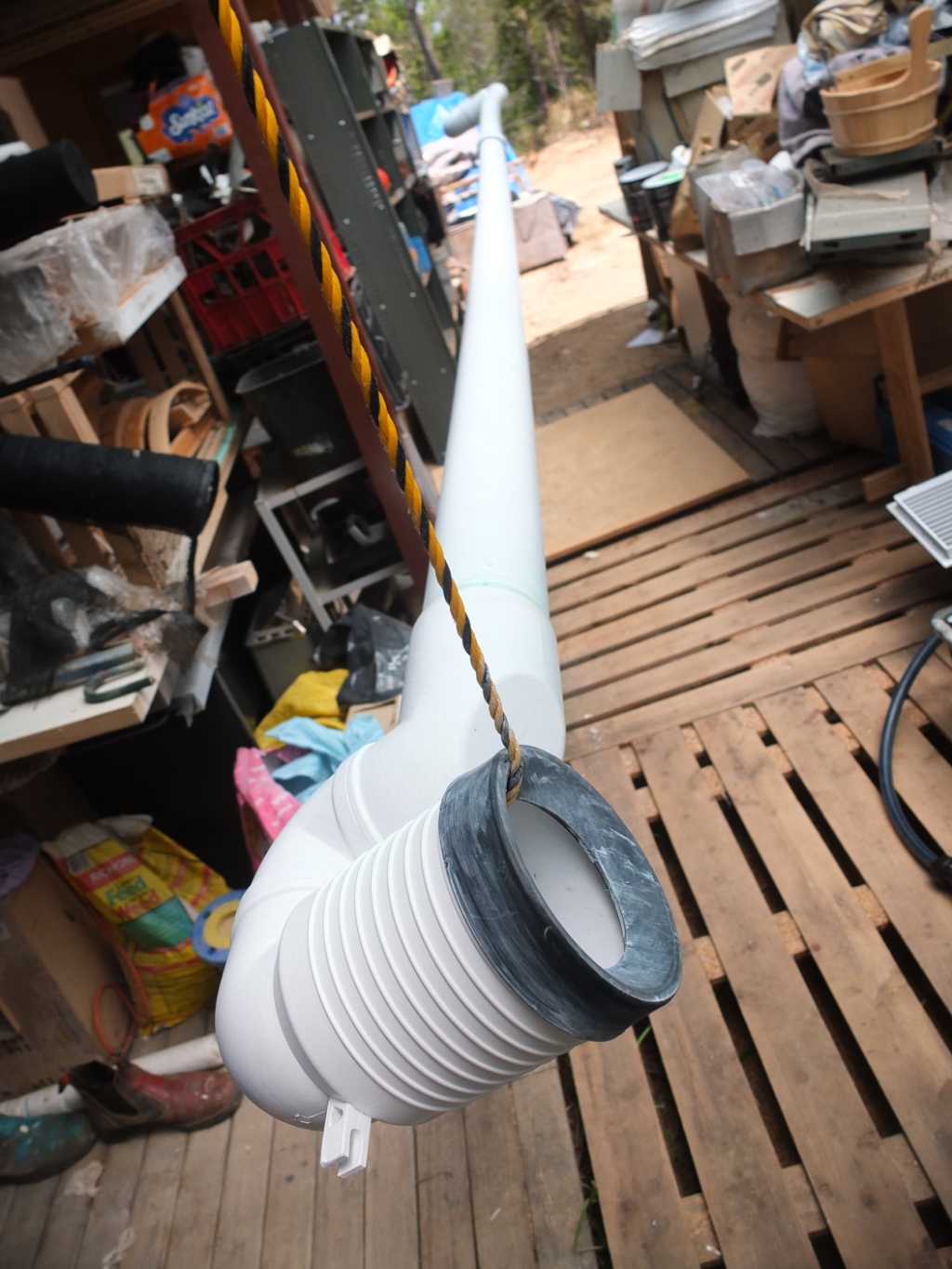 This is the “deck”, the extension for the pump. The electric cable is going to pass through and reach the pump cable around the middle. If everything is ok, it should be waterproof. 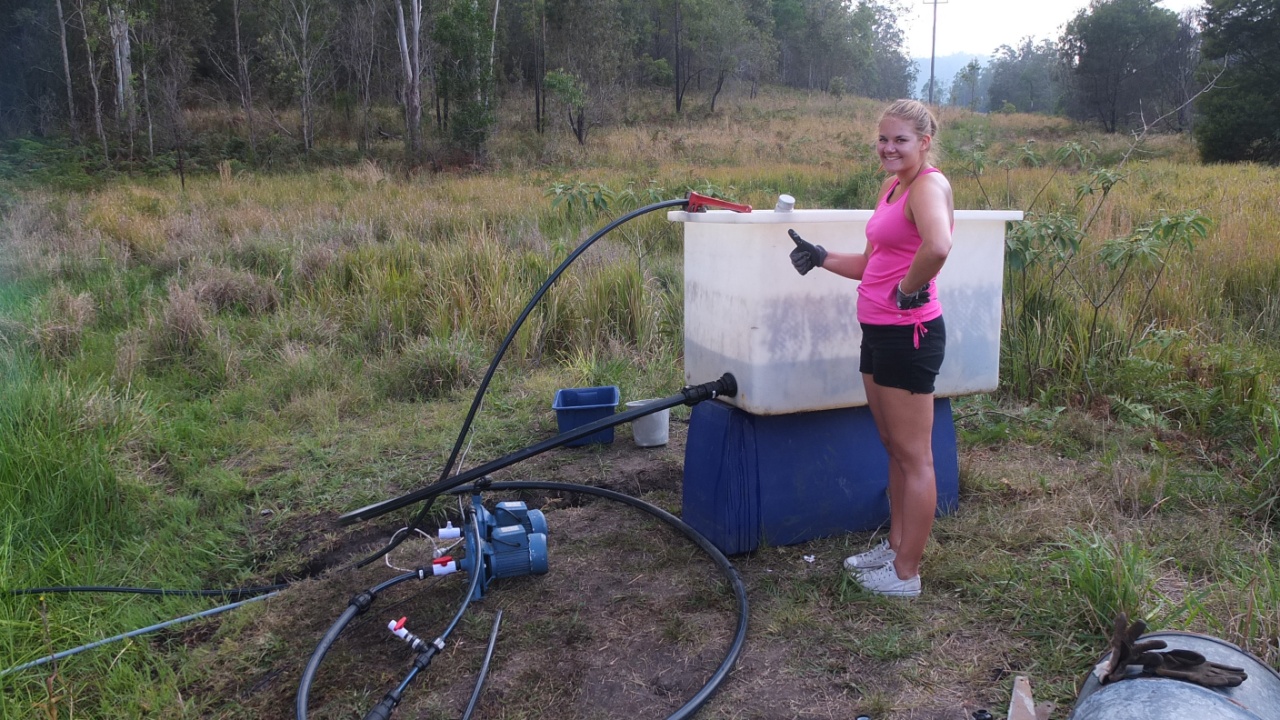 We bring the water tank with Vilma and put it on site. I hope this solution is going to work this time. 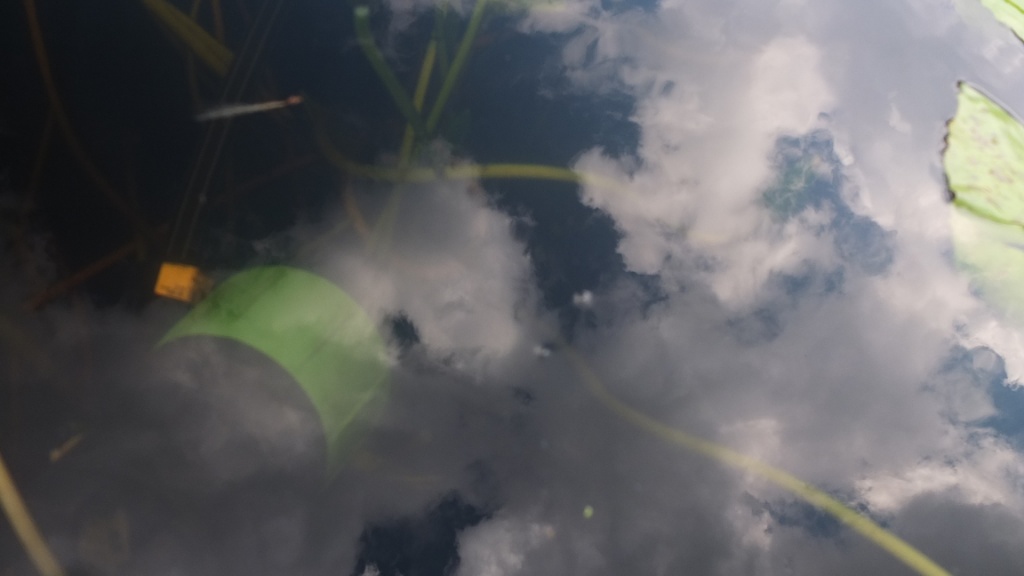 The green pump do his job. We just need to wait a while. 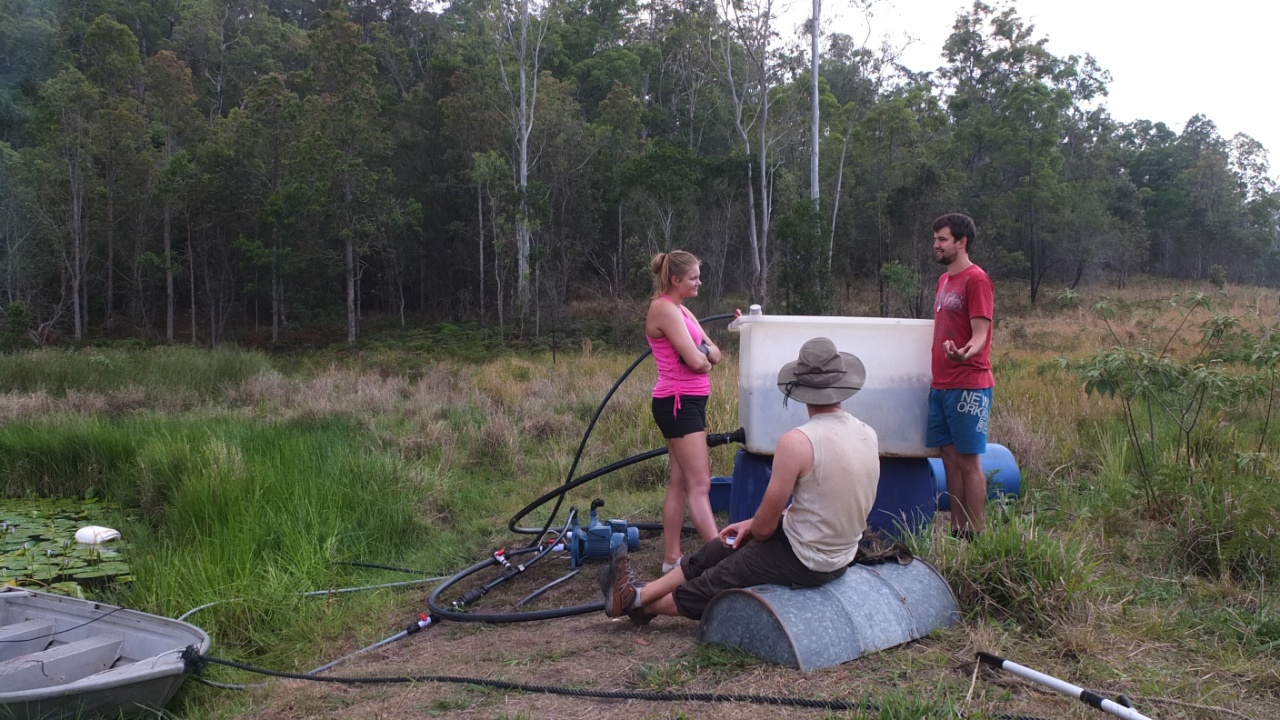 When we were coming down with Vilma we could smell fire smoke. We were a bit worried and Jamie checked on internet if there was something around us. Apparently no, ouf! 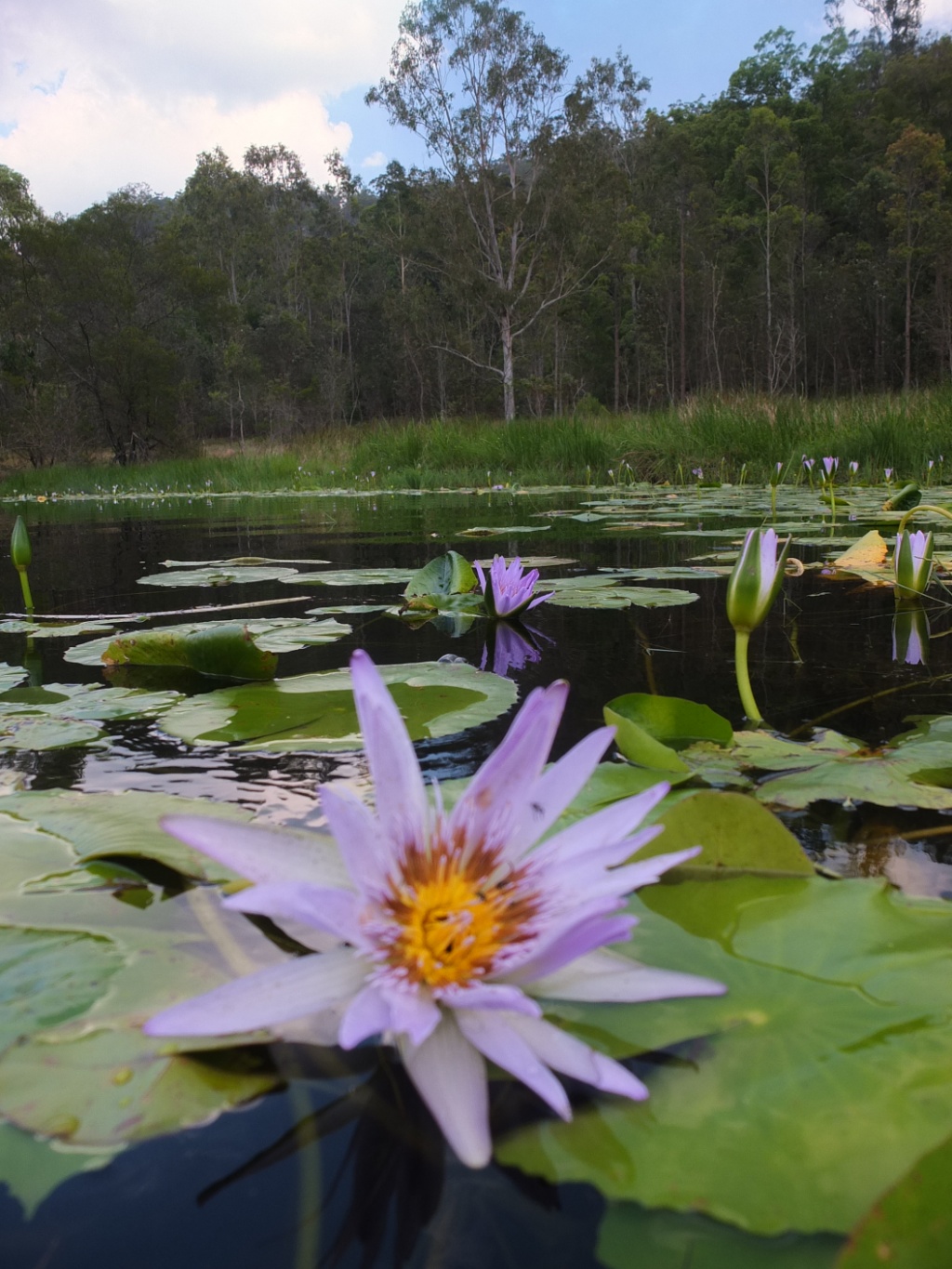 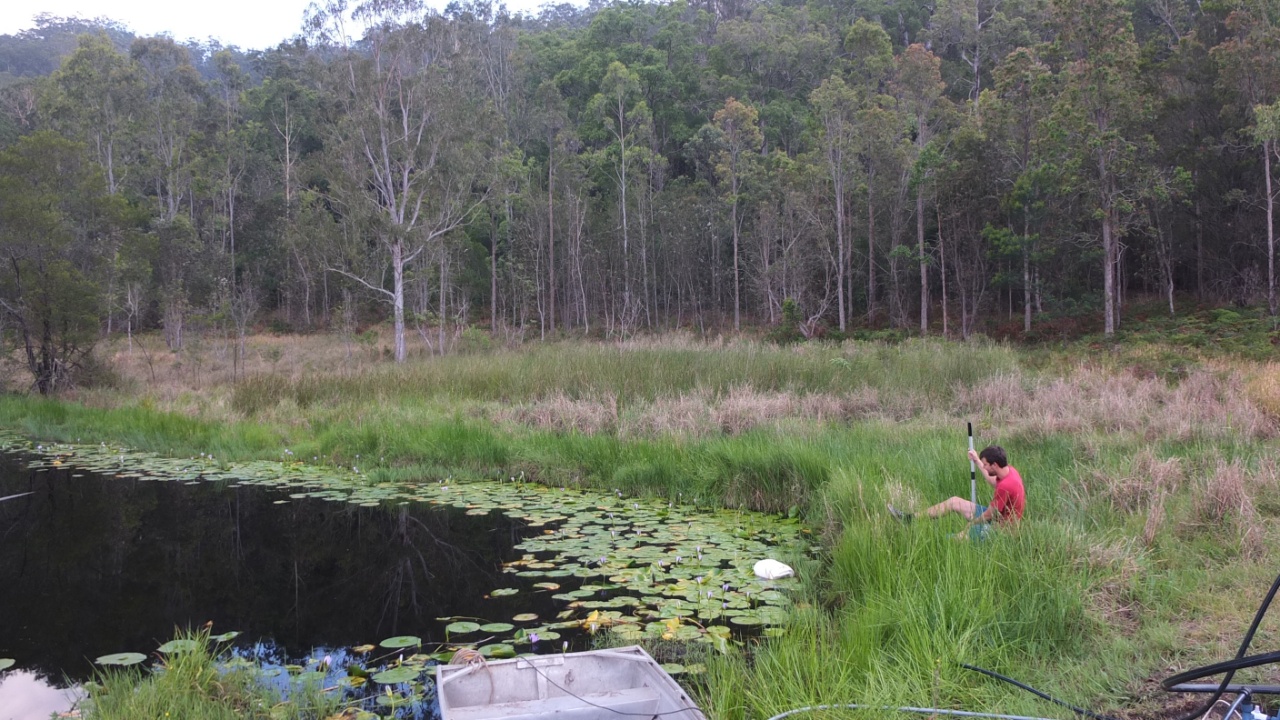 An other mission : get this small white tank out of the water. 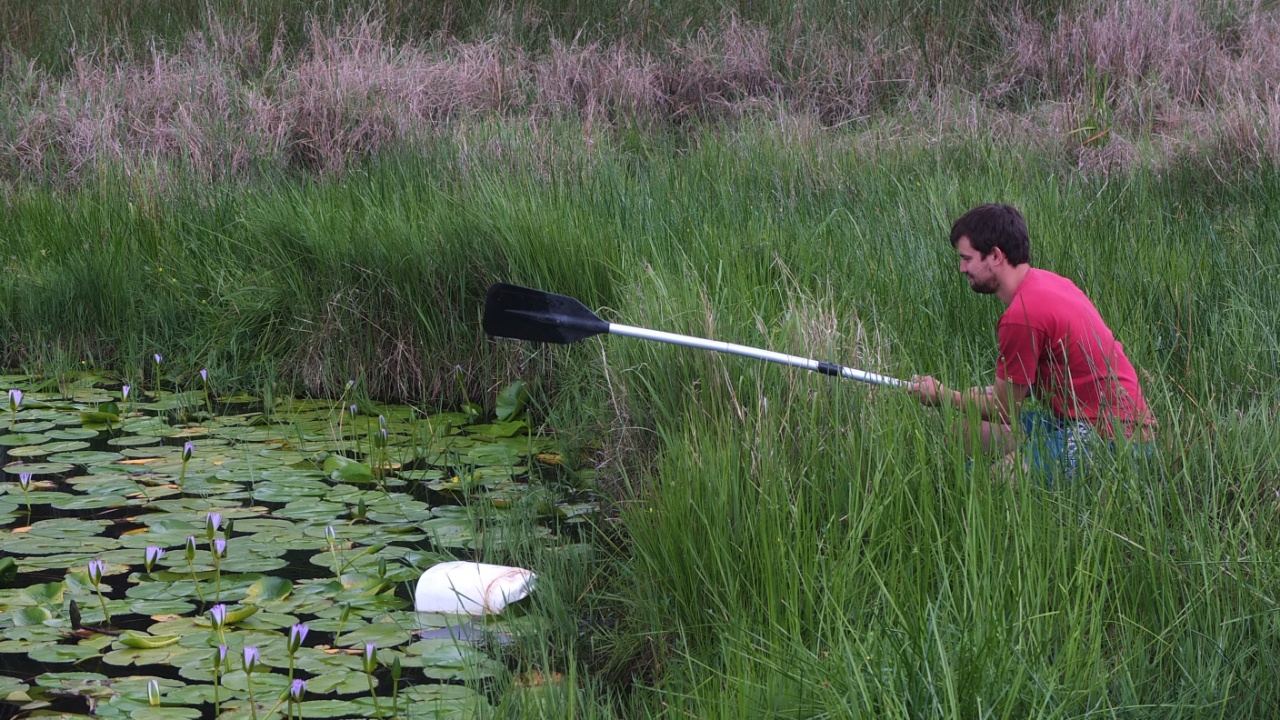 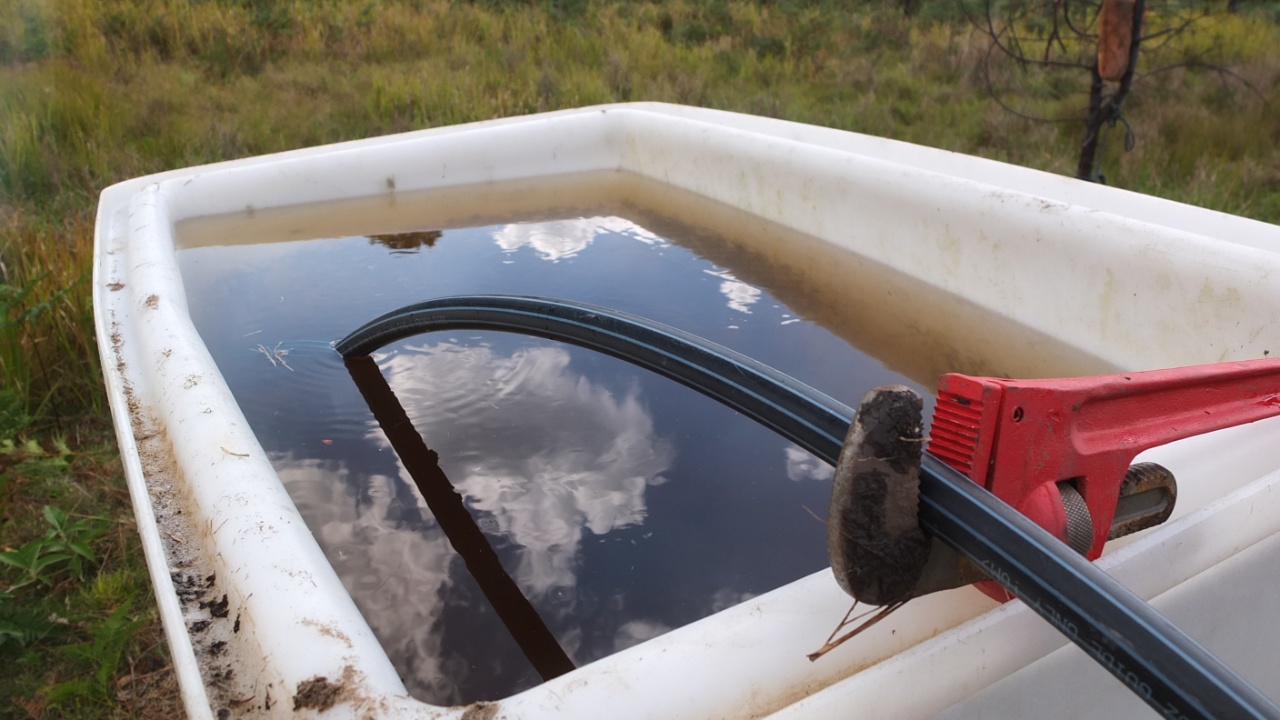 Ahaaah, the tank is almost full. Now we can switch on the blue pump and see if the system work. 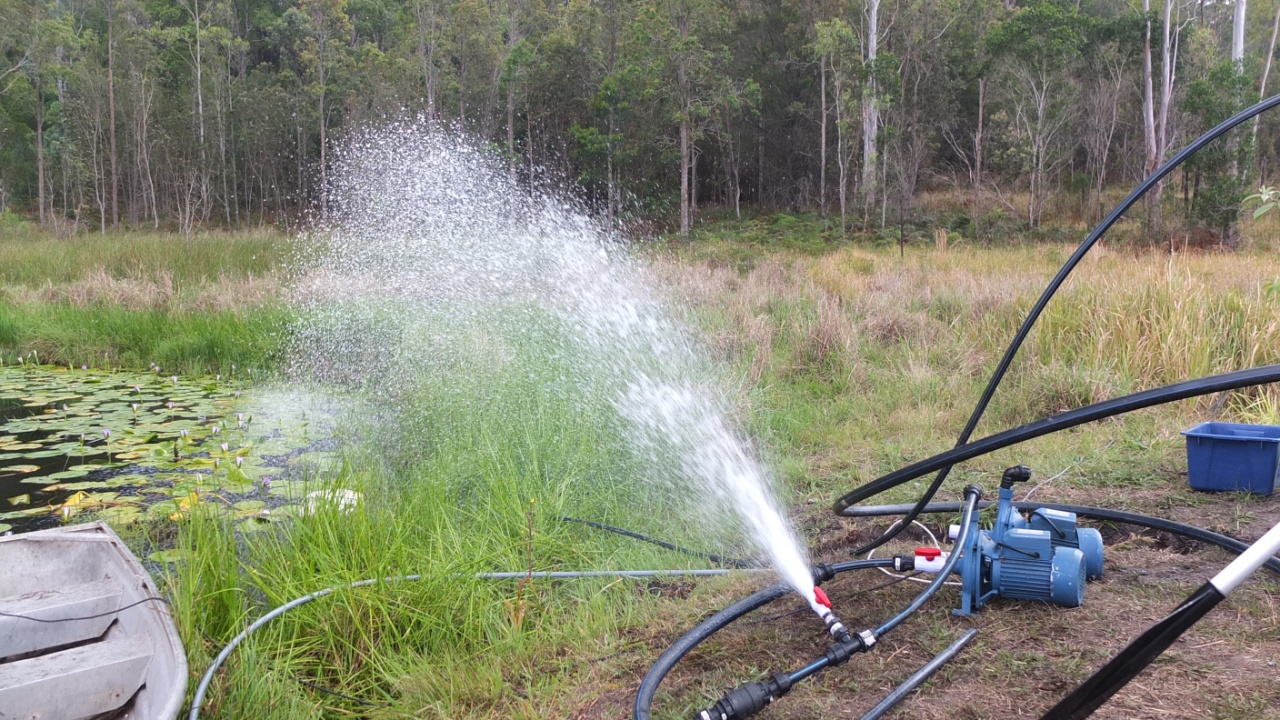 Fouaaa! Looks like it’s working well! We can send the water up there now :-) 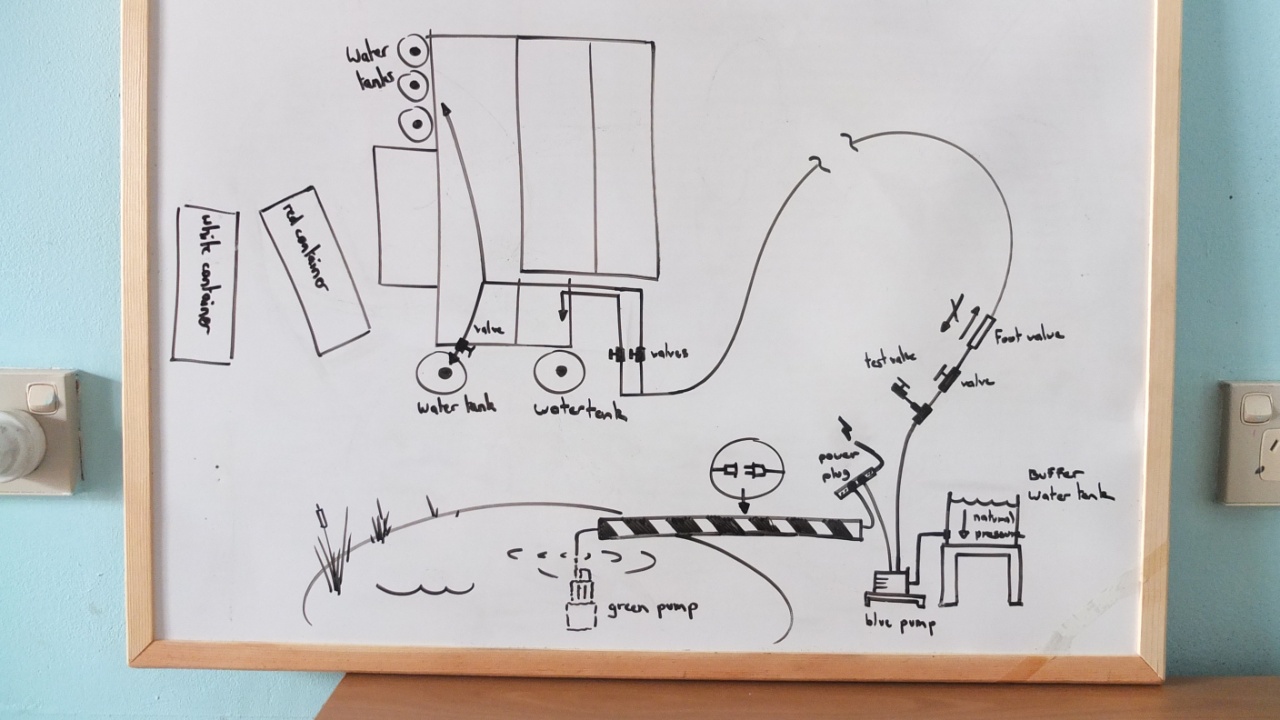 When we came back to the property, Sue asked us if we could fill another tank. Another one?! We need to modify the pipes system now, again… We used to have a pipe running onto the roof to fill the three tanks next to the kitchen. Then we set up a new system yesterday to swap between the east tanks and the big one one the west wing. Today we need to modify the circuit again to reach a third one. The pipes are actually going onto the roof but we want that . We use valves on right places so Sue and Keith could be able to fill each tank individually. 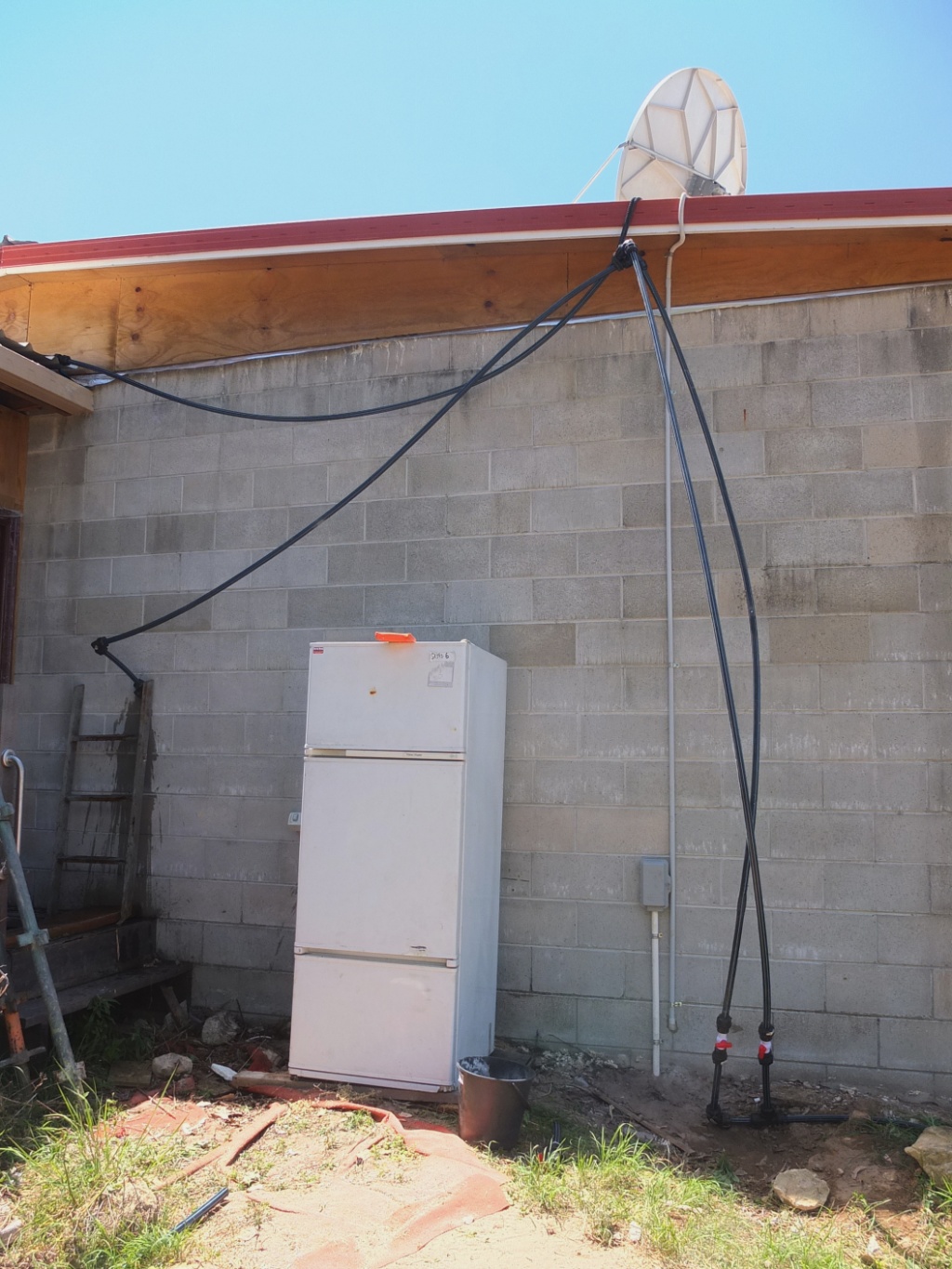 The plan is made now we can act! (actually I draw the plan after haha). 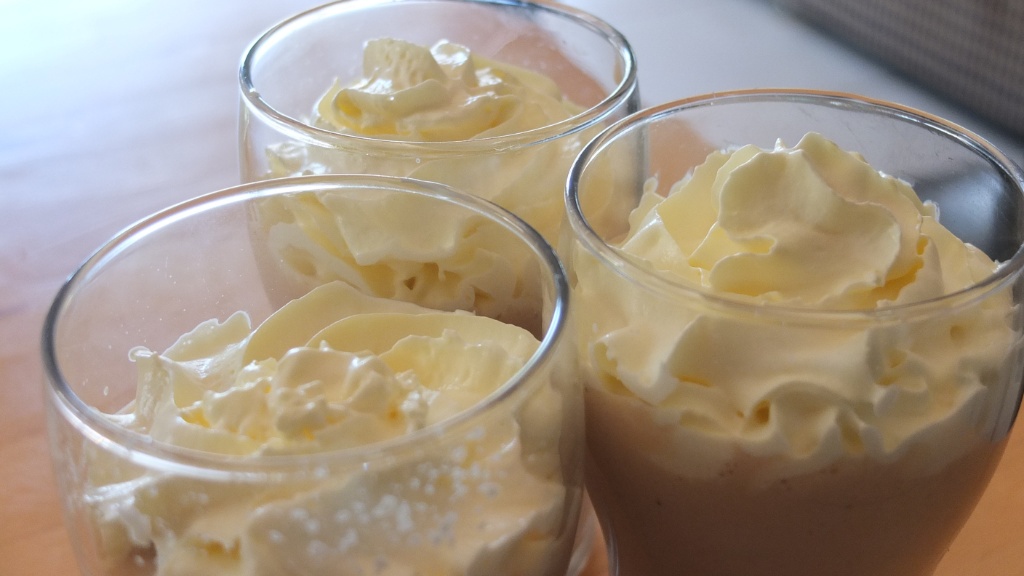 And we are going to work later because it’s lunch time. This is the dessert : a nice fresh smoothy with banana, apple, milk, ice and whipped cream, miam! See ya