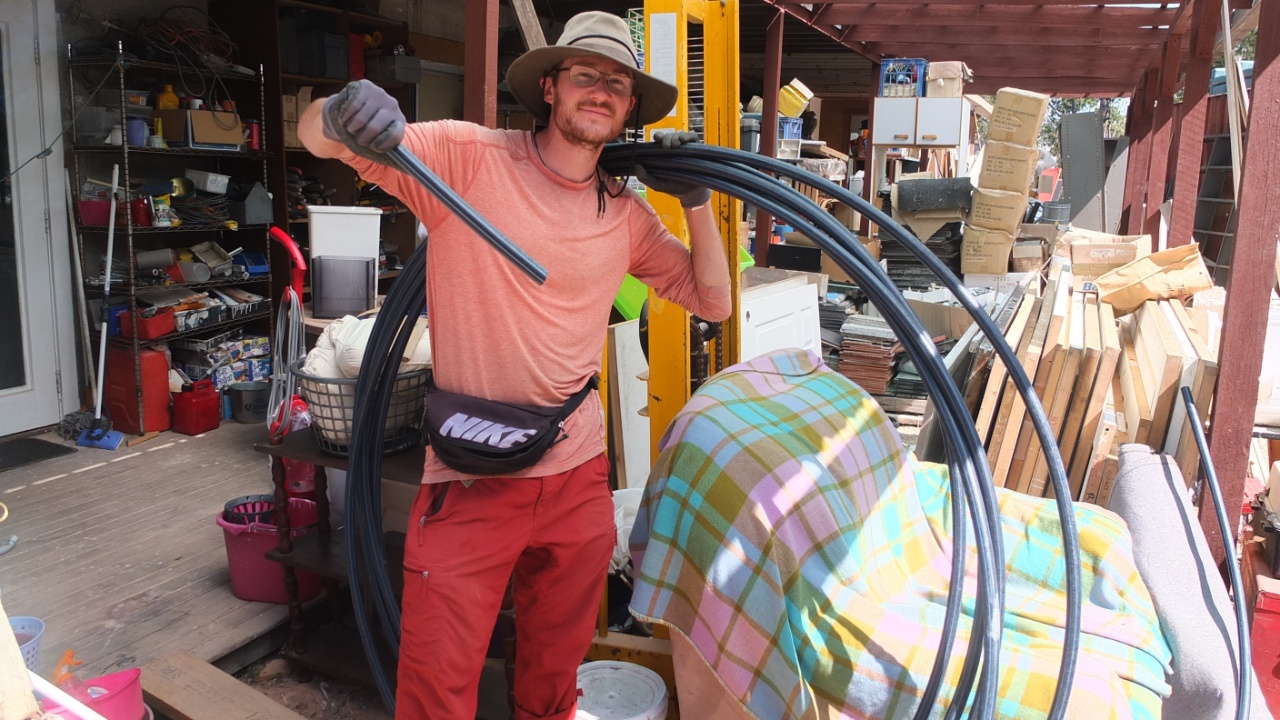 Today I’m multitask. As always, there is plenty of things to do and I really enjoy changing activities during the day. When it’s like this the day is so fast! 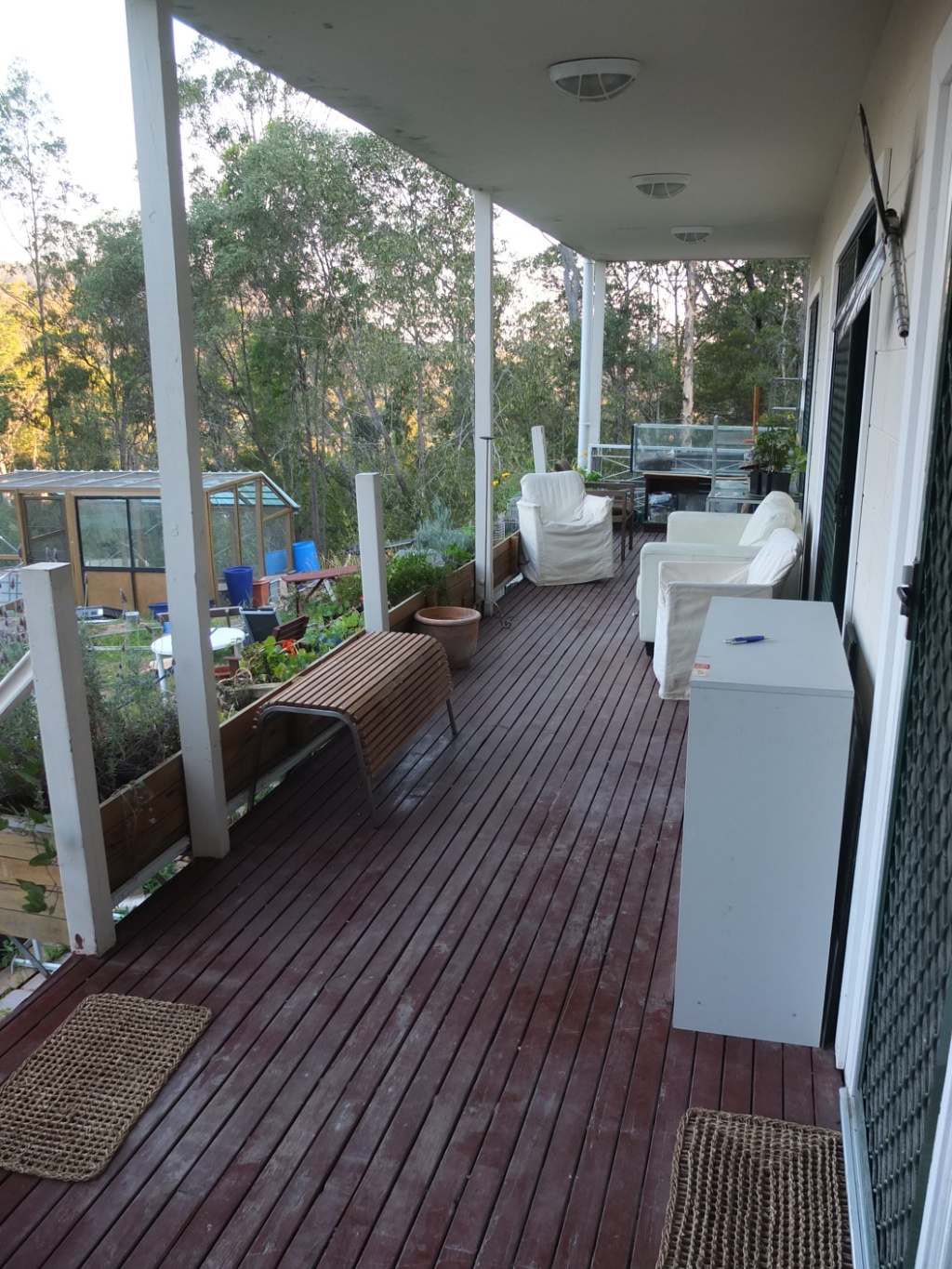 First job : cleaning. We started with Jamie cleaning the front terrace. I forgot to take a picture before but it was a mess haha. 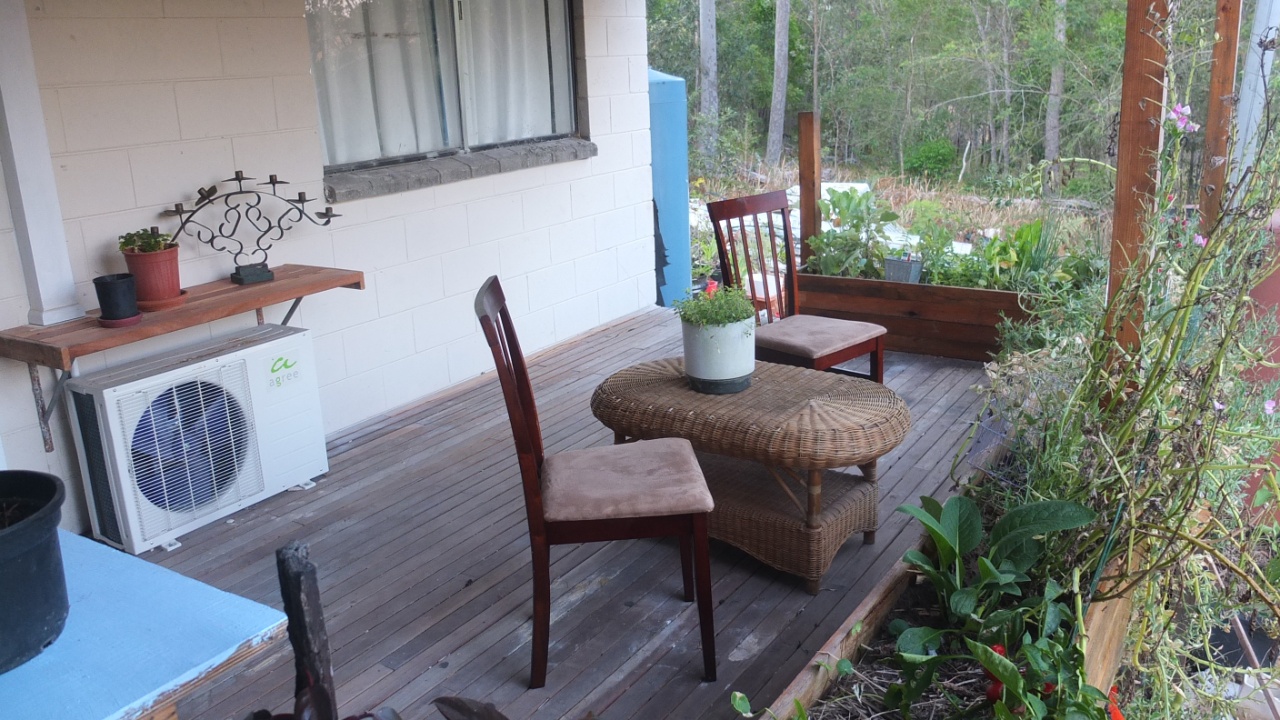 Then we finished moving big furniture of the veranda. Now it’s clean and useable :-)

This morning a French guy arrived as he was supposed to. Keith was finishing something so I was tchating with him. The first thing he asked was : Is it payed? Pff! It’s wwoofing man. Then : Do you think they could accept that I do 2 weeks here and they will write 3 weeks on the paper? (Something like that). Why every bloody young people want always cheating?! Take your responsibility man! He spoke to Keith and after a while he pretended to find another place somewhere else. At least he is polite because last week an Estonian couple came, ate lunch, pretended going to their car to change themselves and they never came back. What is that behaviour?! I’m really suprise and sad of that new lazy generation who think only about party and alcohol. Bravo guys!

Then Sue and Jamie went to Casino to finish emptying and cleaning the “old” house. During that time I changed myself as a plumber : a simple version. 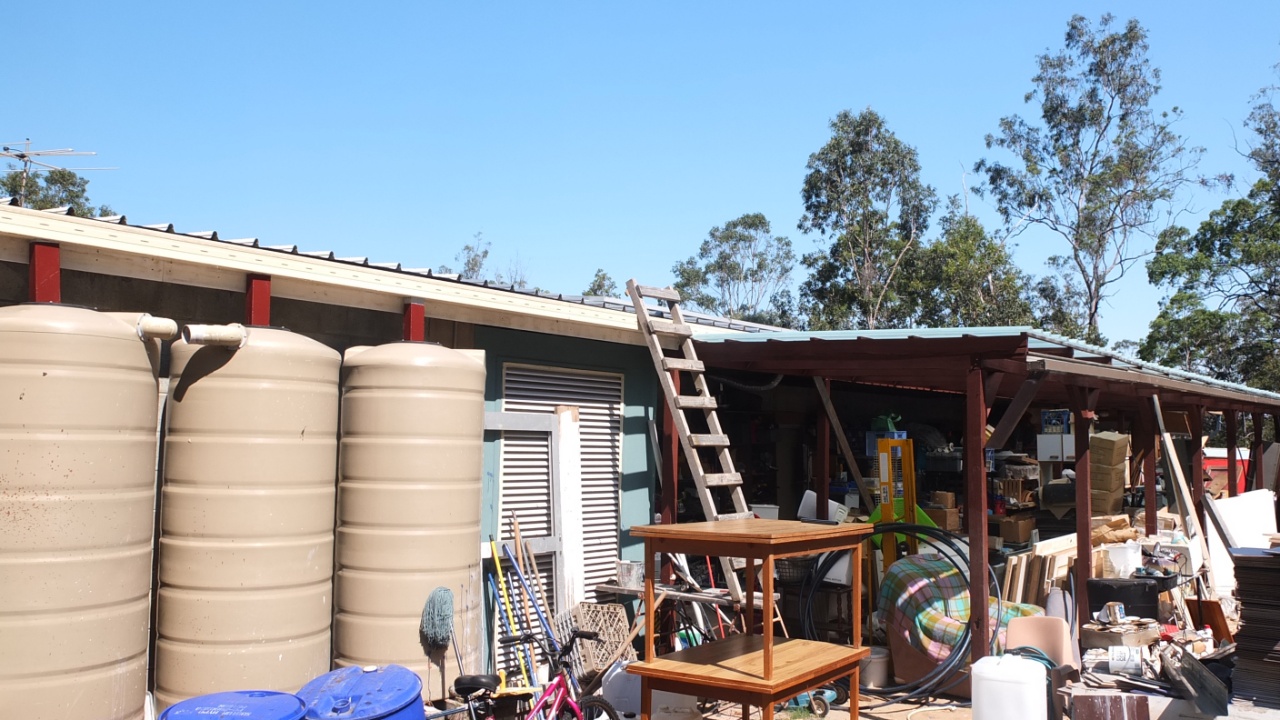 Yesterday we ran out of water. The 3 three tank on the left hand side are empty but there is one full of water on the other side of the house. So I found a long pipe and a pump to move the water from one tank to the other. 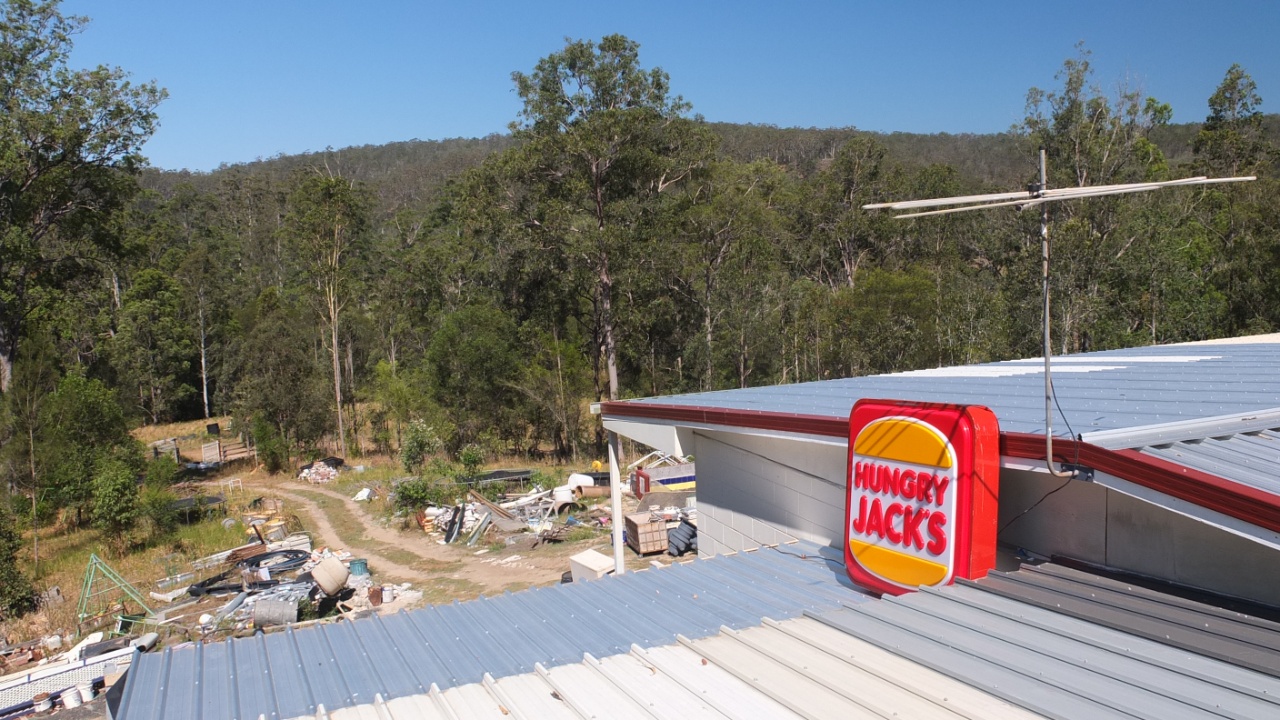 The easy way is to pass by the roof. The French team previously here found this hungry jack sign and put it on the roof for google map. One day people will come here and ask for a burger haha :-D 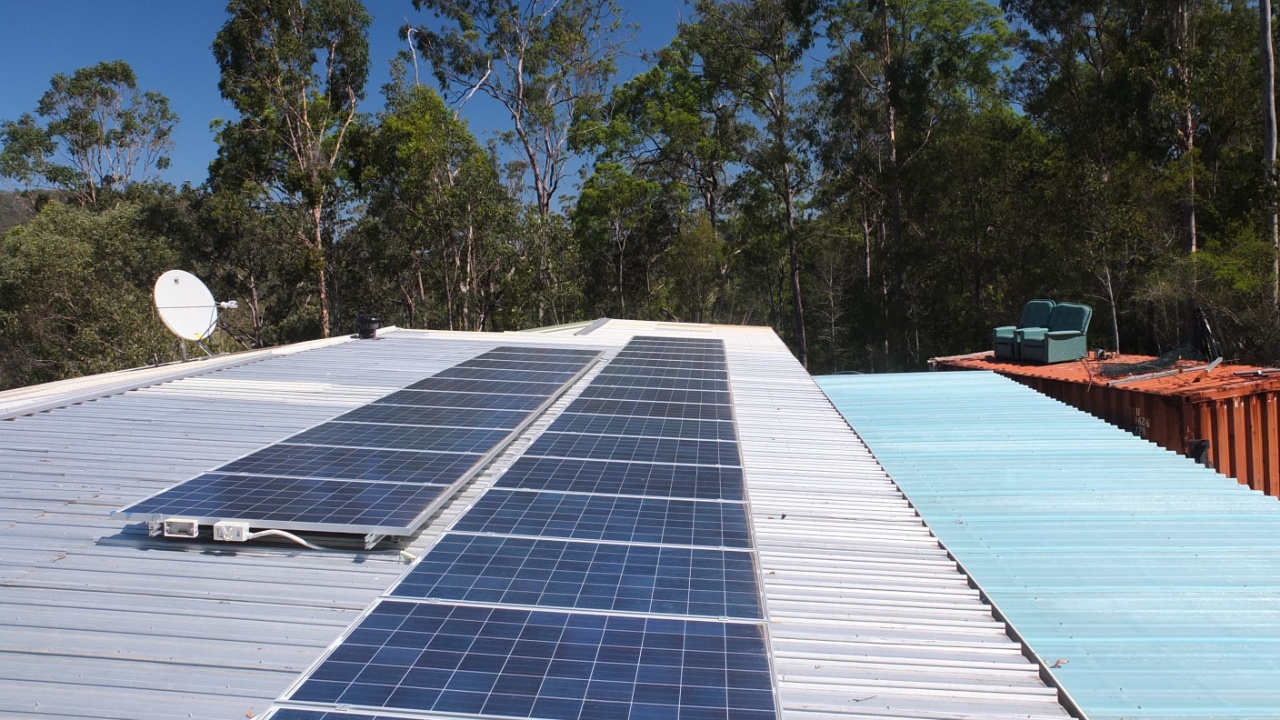 The house only relies on the solar panel and there is plenty of them here. I loke the chairs on the container :-) nice spot. 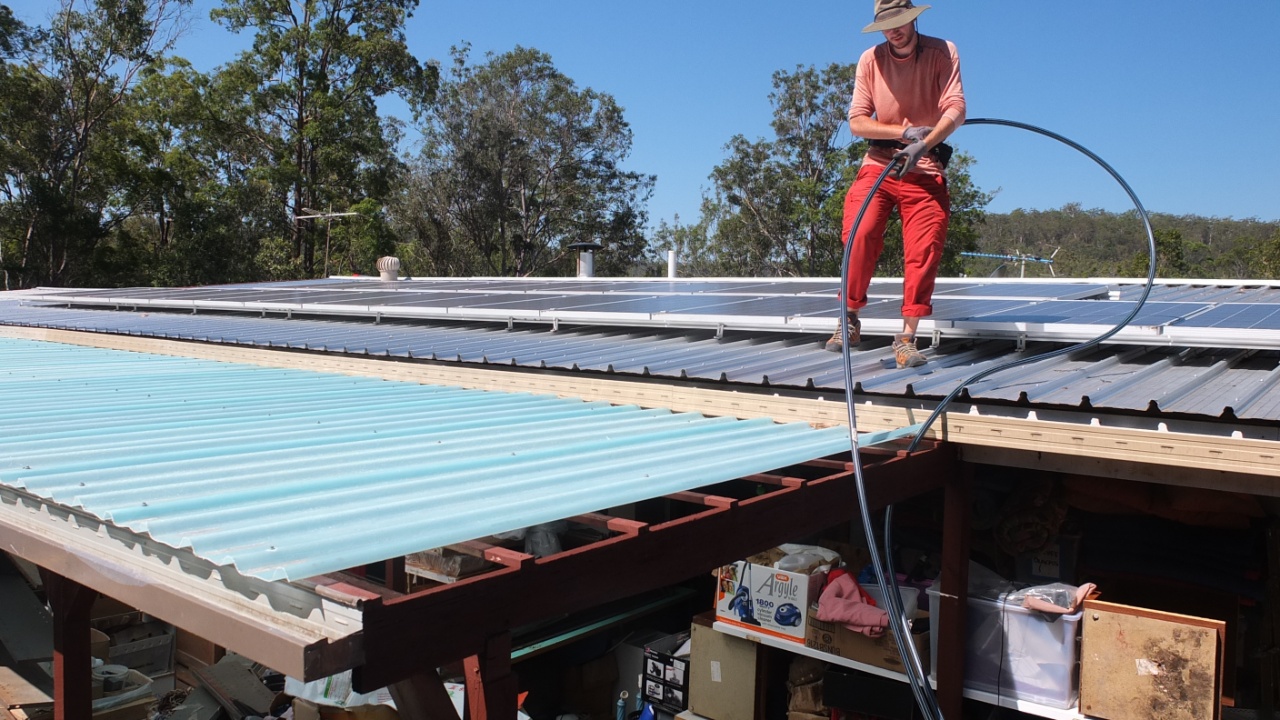 Now I’m passing the pipe on the roof. That’s much easier because there is no more space underneath. 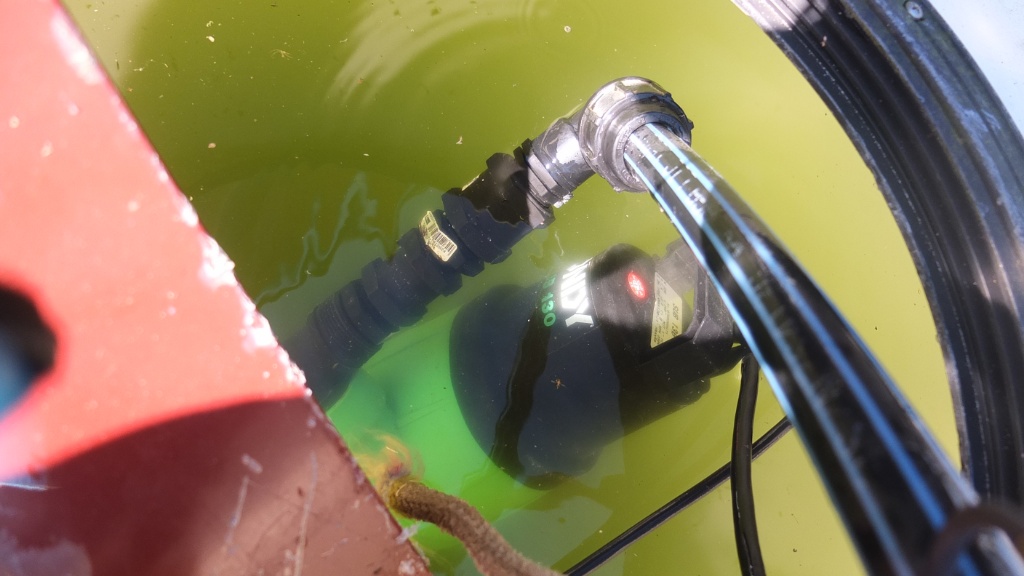 The pump is ready. I’ve seen a dead mouse inside the tank, yak! I’m not gonna drink thus water. 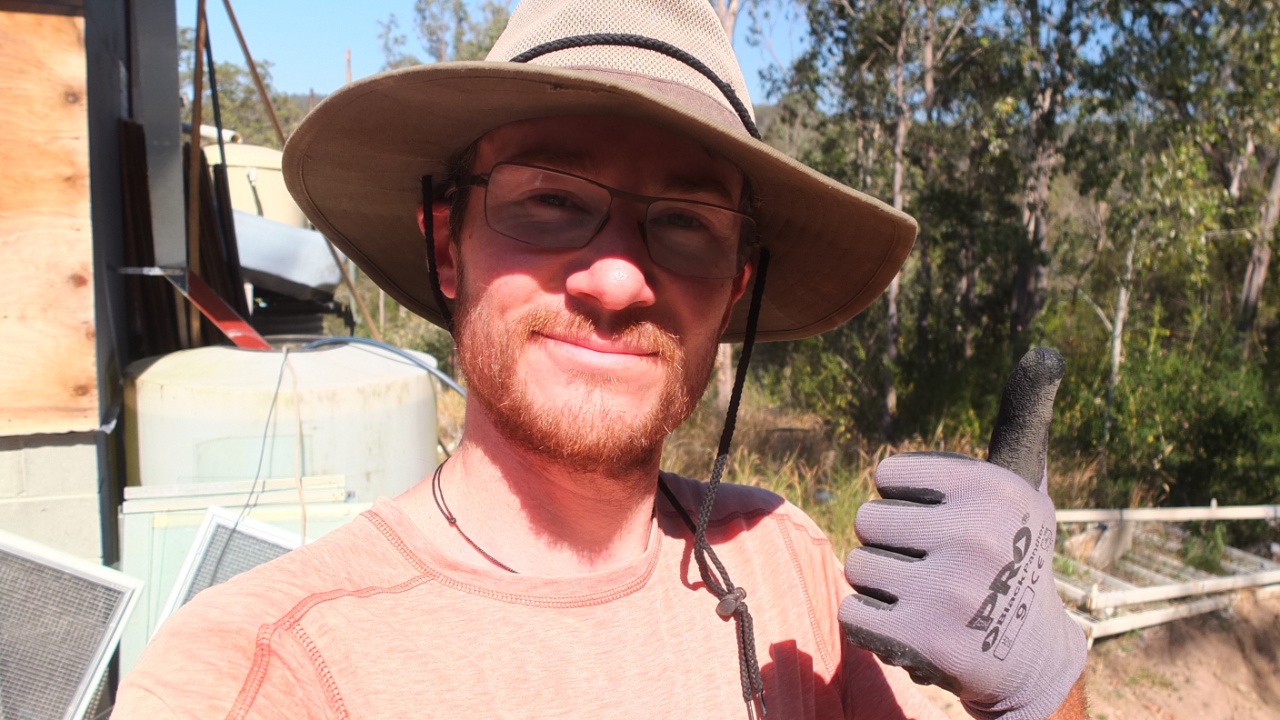 Job done! We just need to wait until all the water comes on the other side. 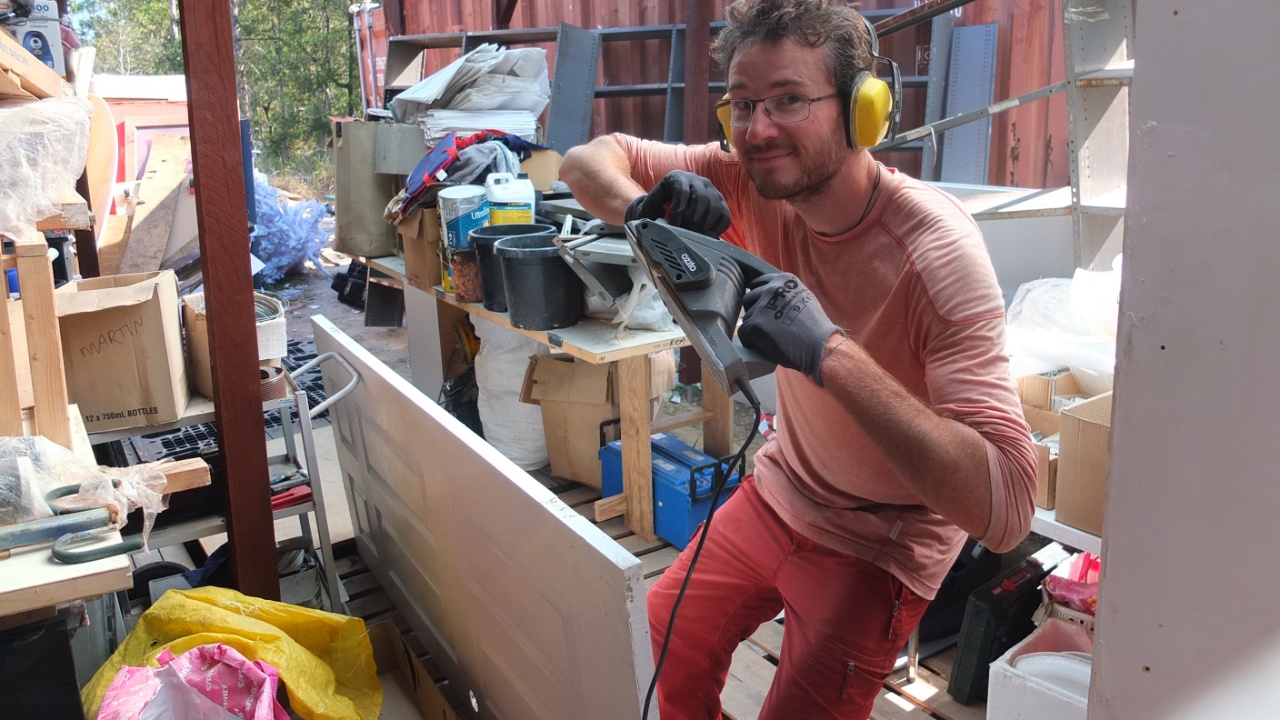 Now I’m going to modify this door because it’s bigger that the frame. This is the door of my room. Let’s do it! 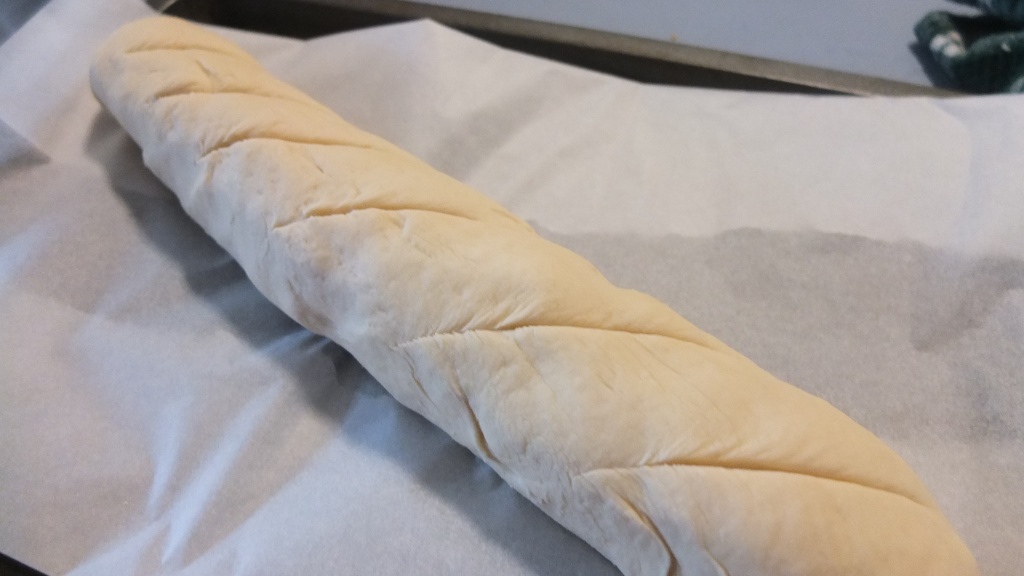 Well, I will finish the door later because now it’s cooking time :-) 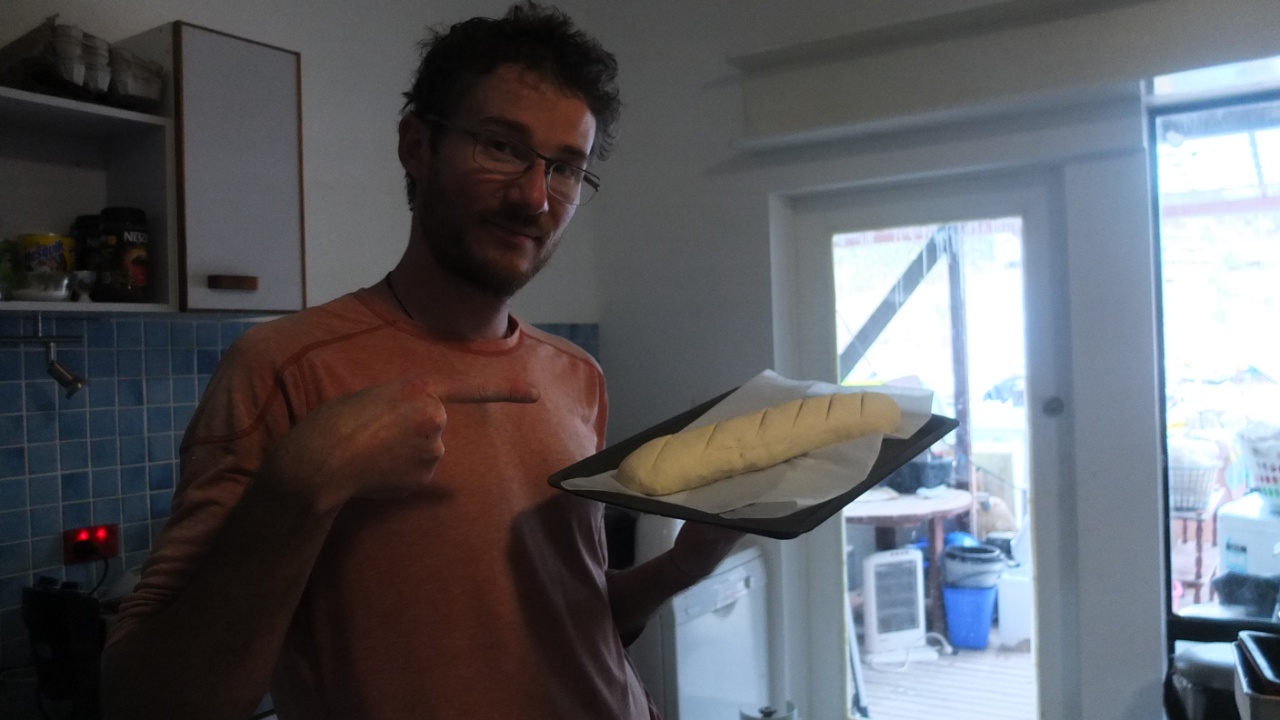 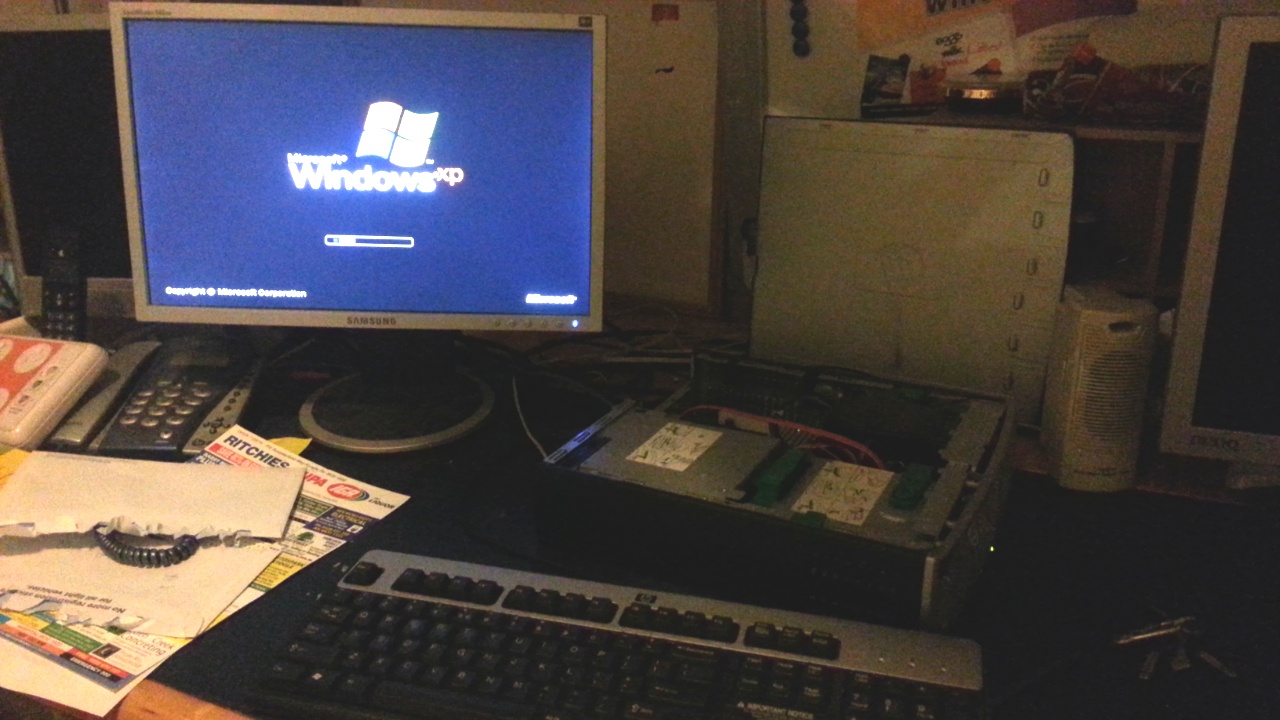 During I’m cooking I’m still fixing Sue’s computer. It’s full, slow, old and it’s my fifth job of the day. I will find a solution. 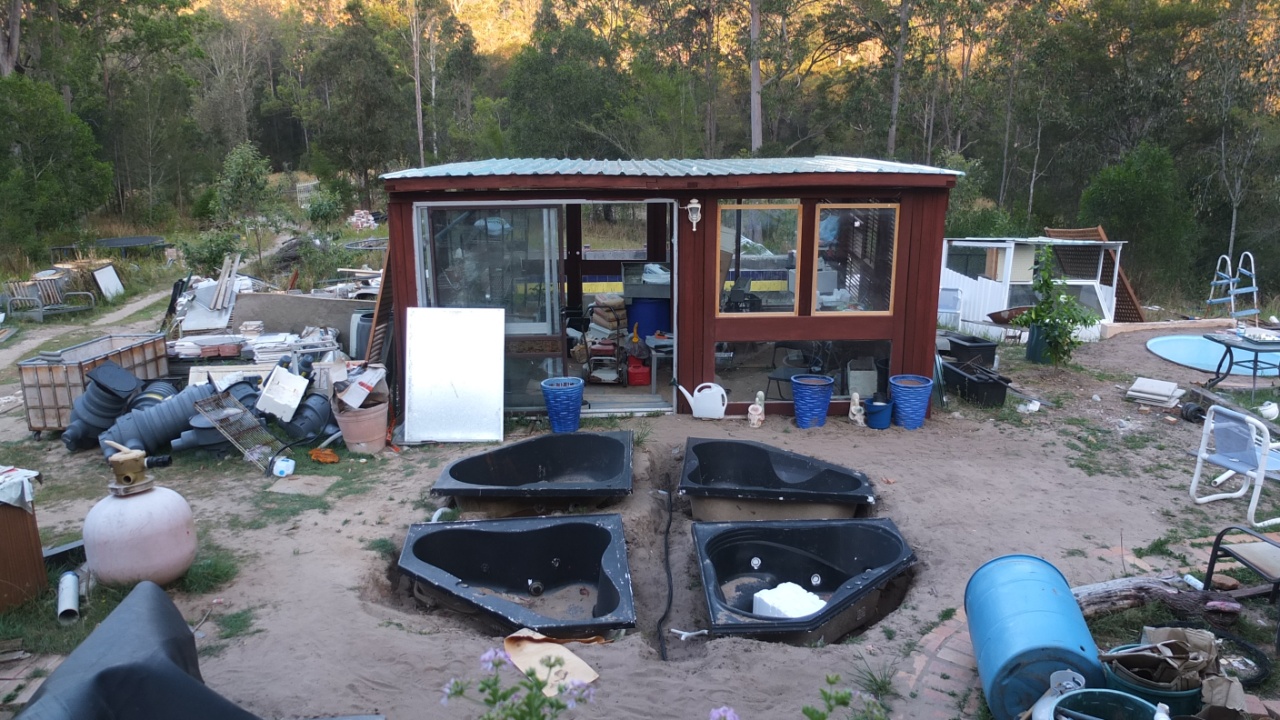 Fiou! This part is for tomorrow! See ya

5 thoughts on “Upper Mongogarie, 5 jobs in one day”