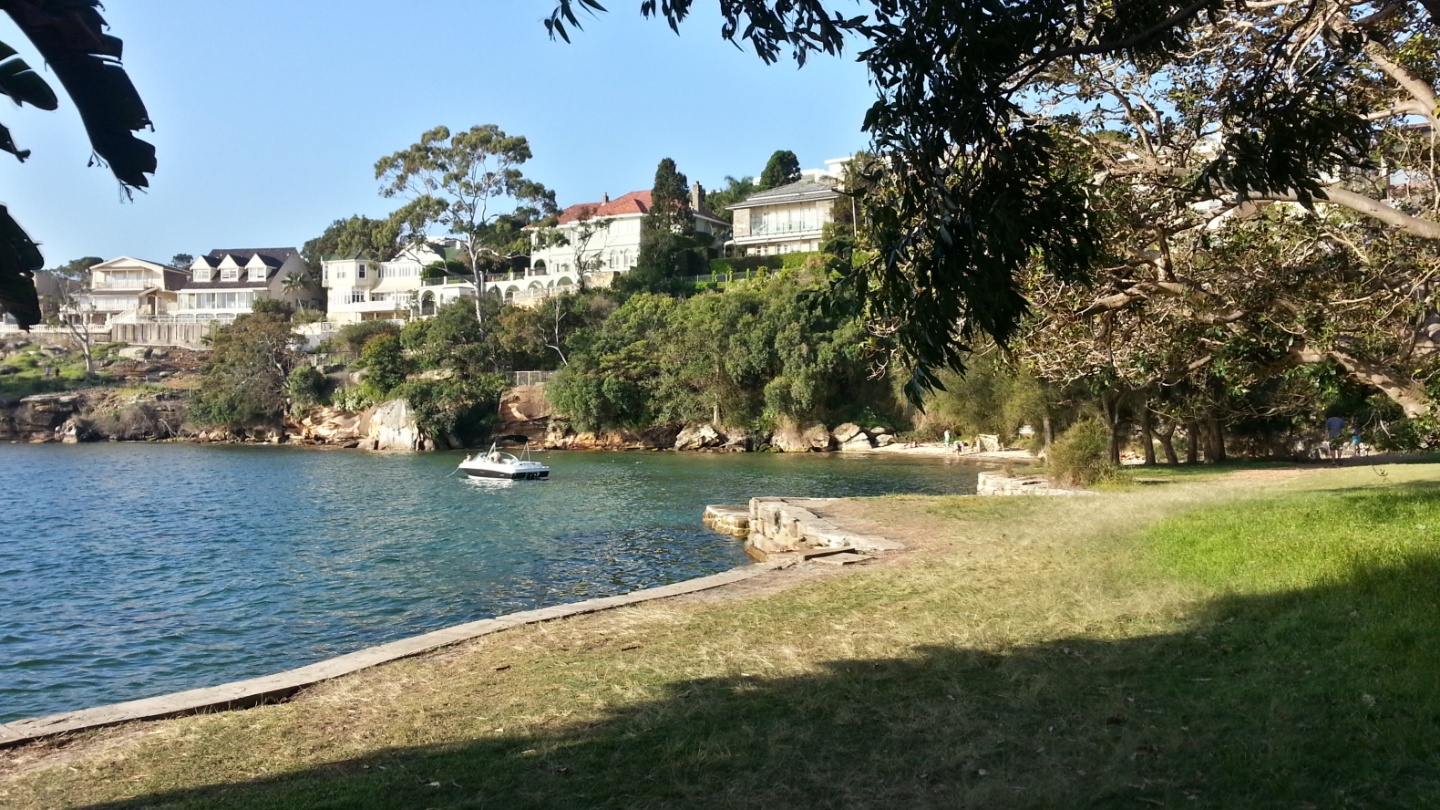 Today, I’m going to cycle towards Watson bay, a place situated at the end of a peninsula. The weather is perfect for a ride so let’s do it! 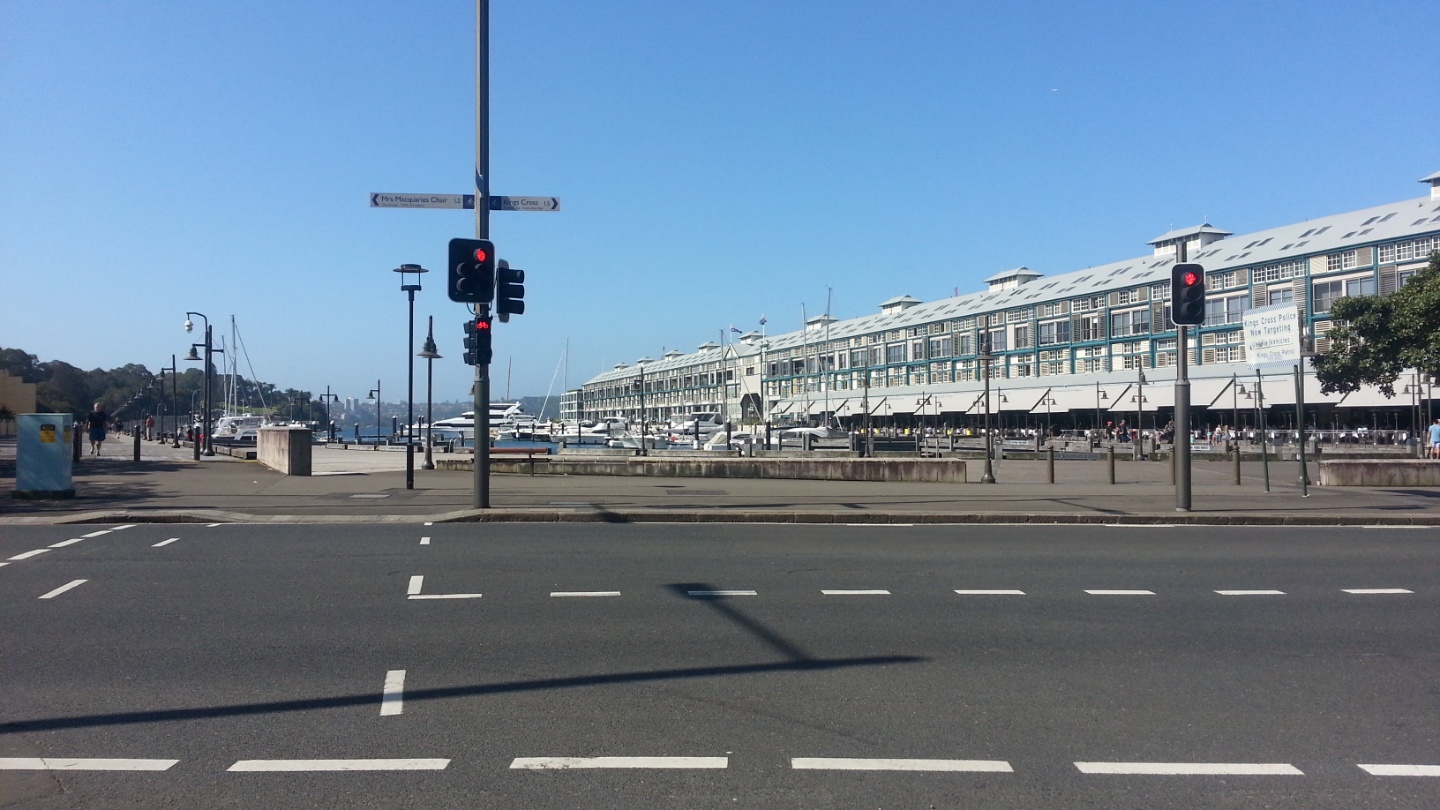 I start with Woolloomooloo along the main road. I expect to find some small road to avoid the city traffic. 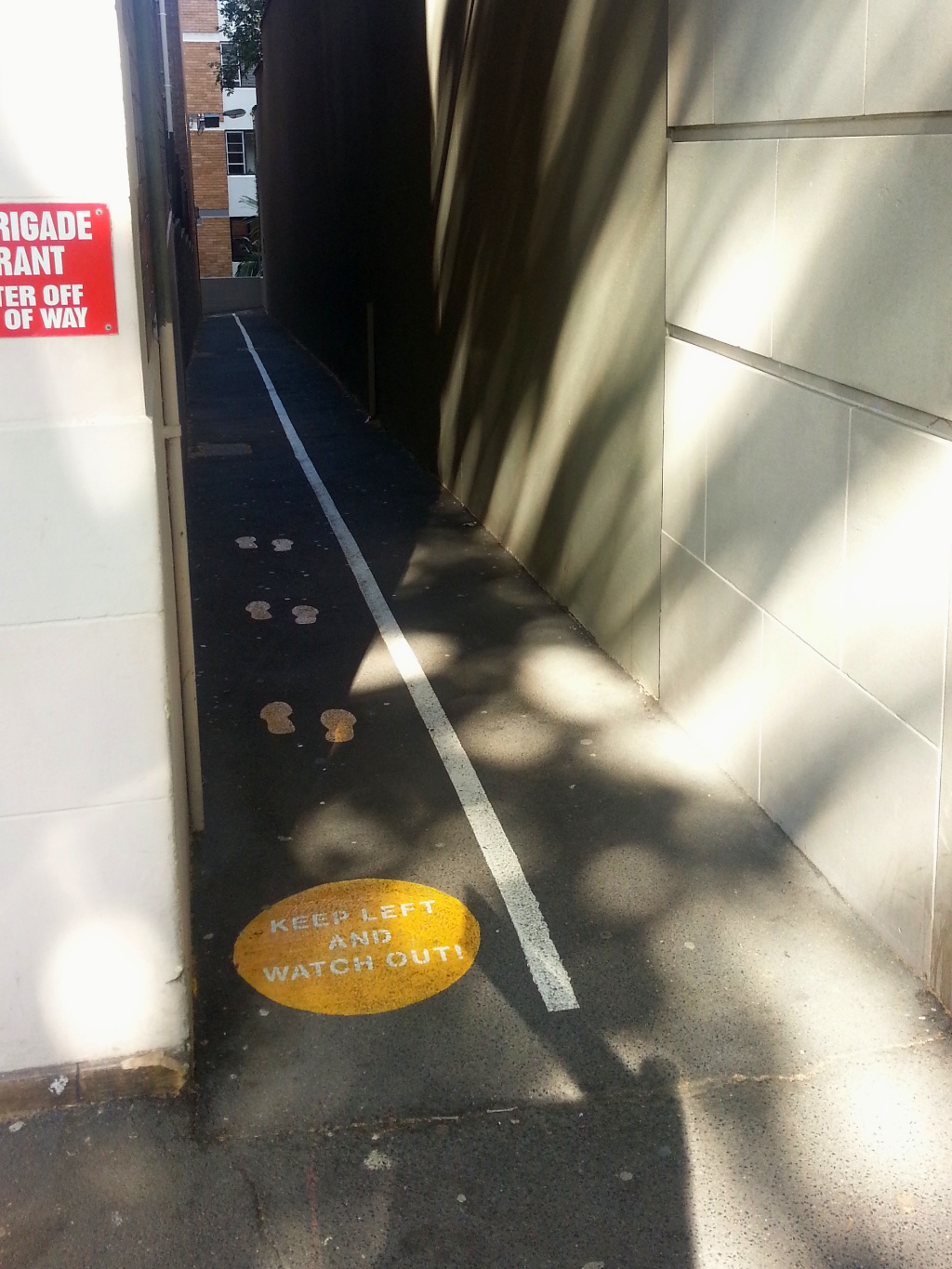 This looks like exactly what I was looking for :-) 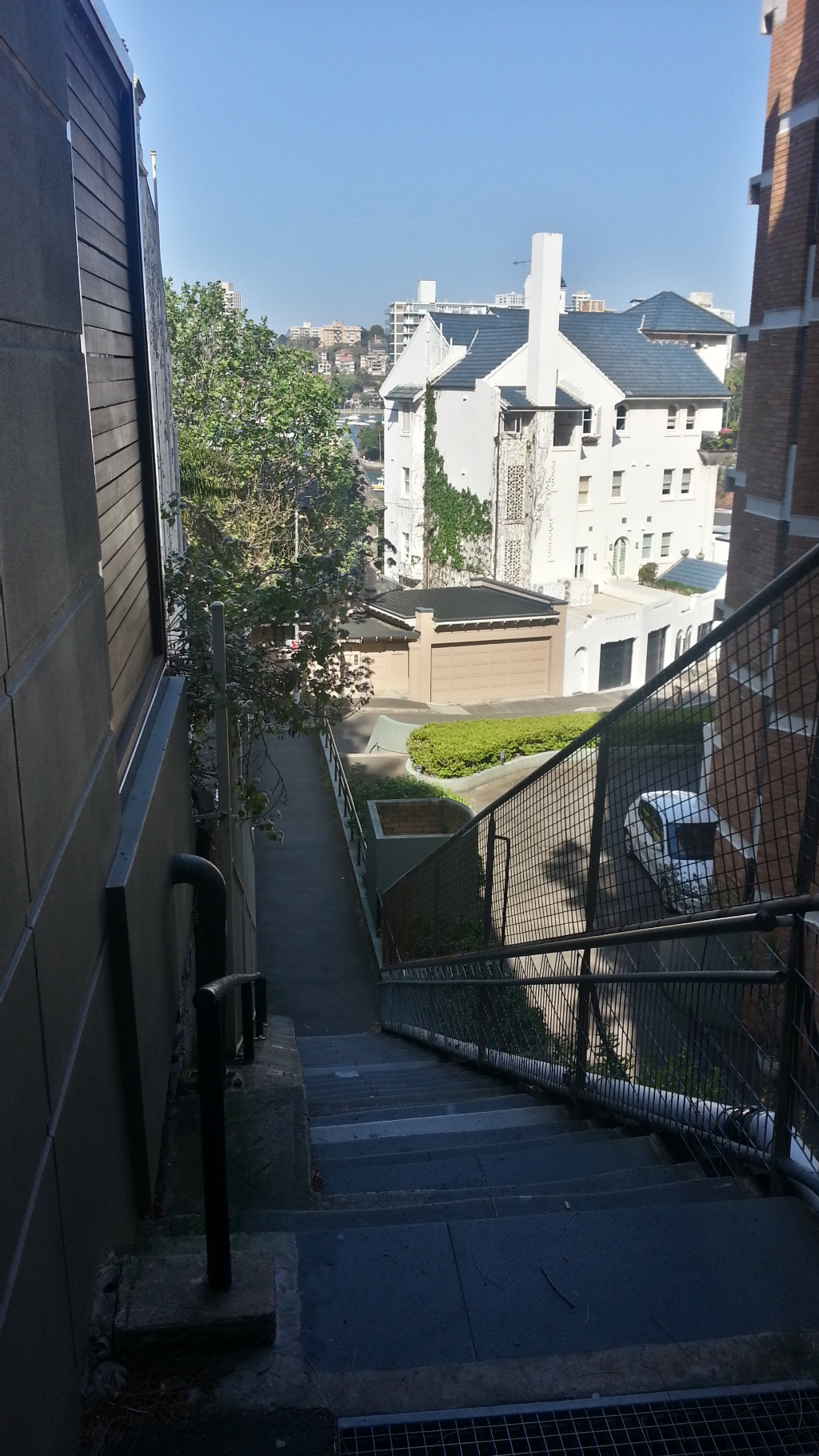 Some downhill? Down stairs? Humm, I prefer to keep my teeth like their are… 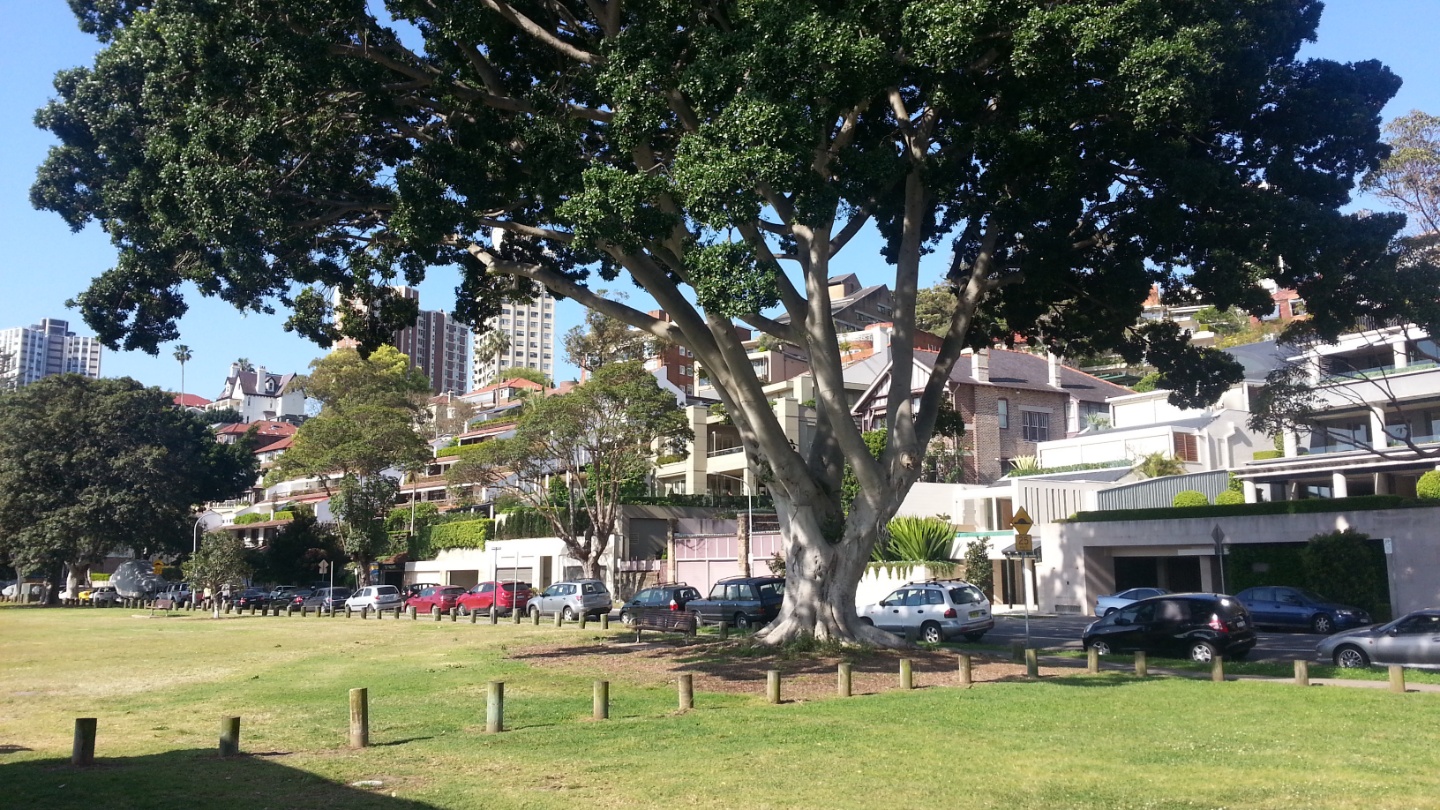 Hey this is a nice place. Lots of poor people around here. 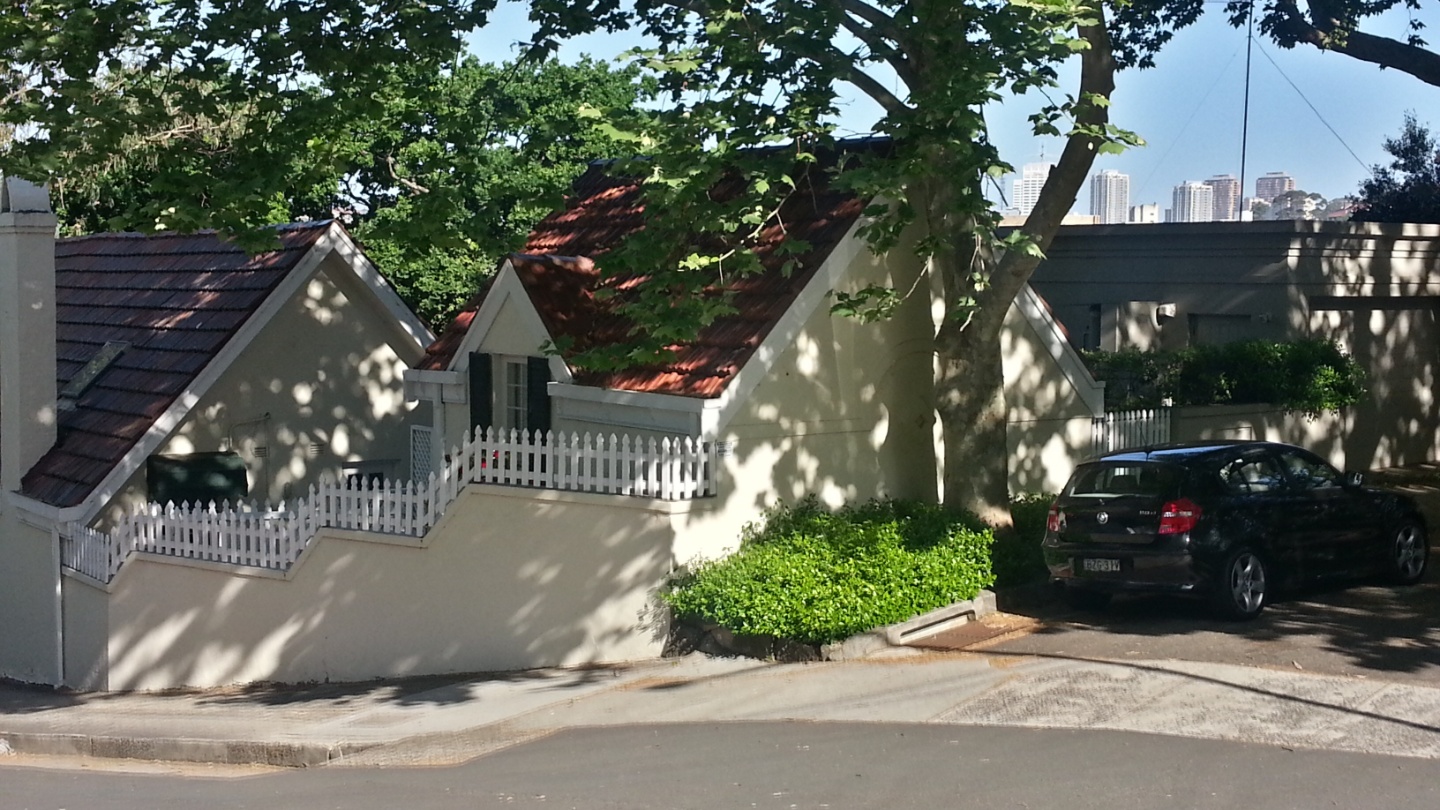 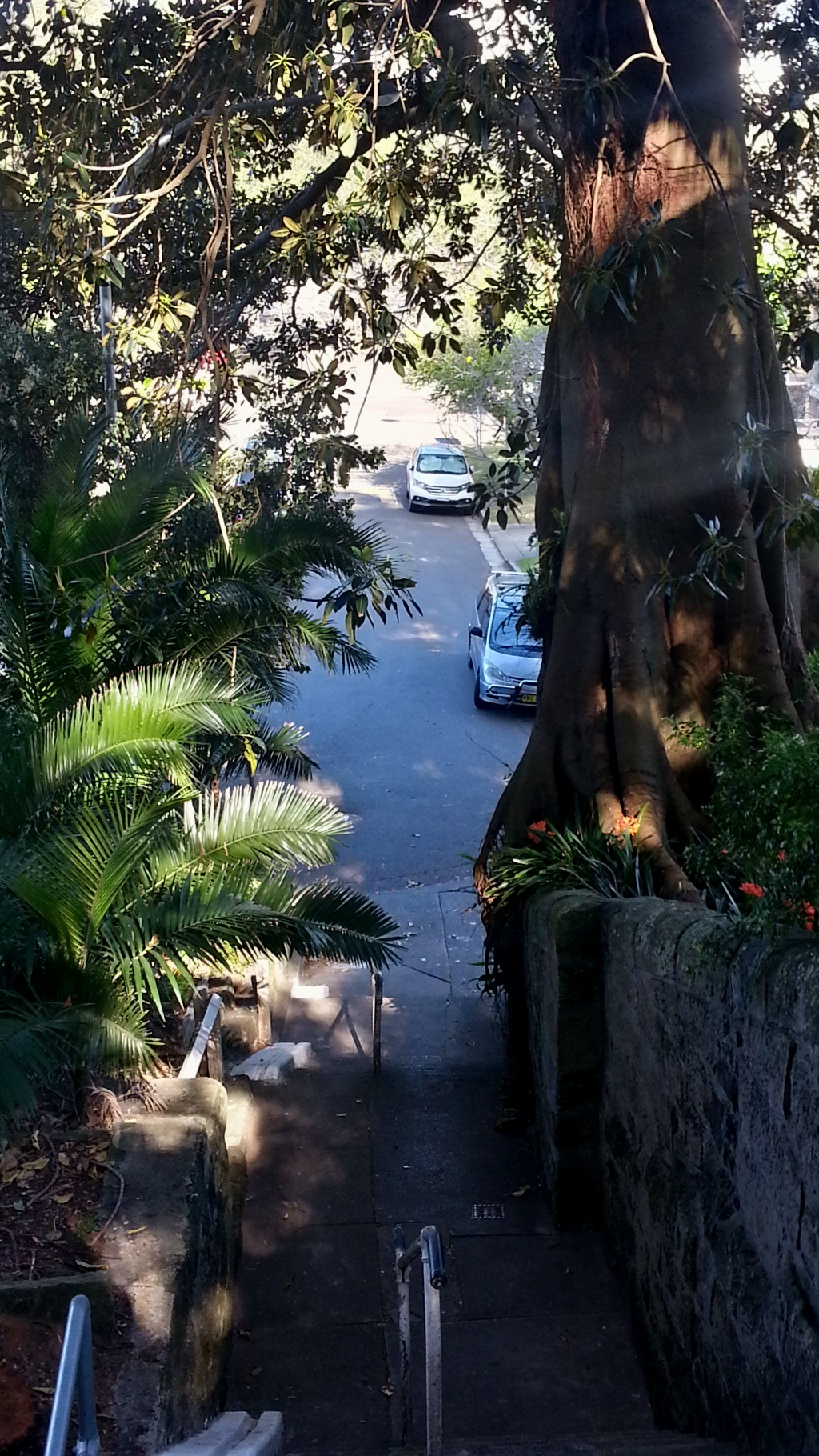 and I arrive in another park. 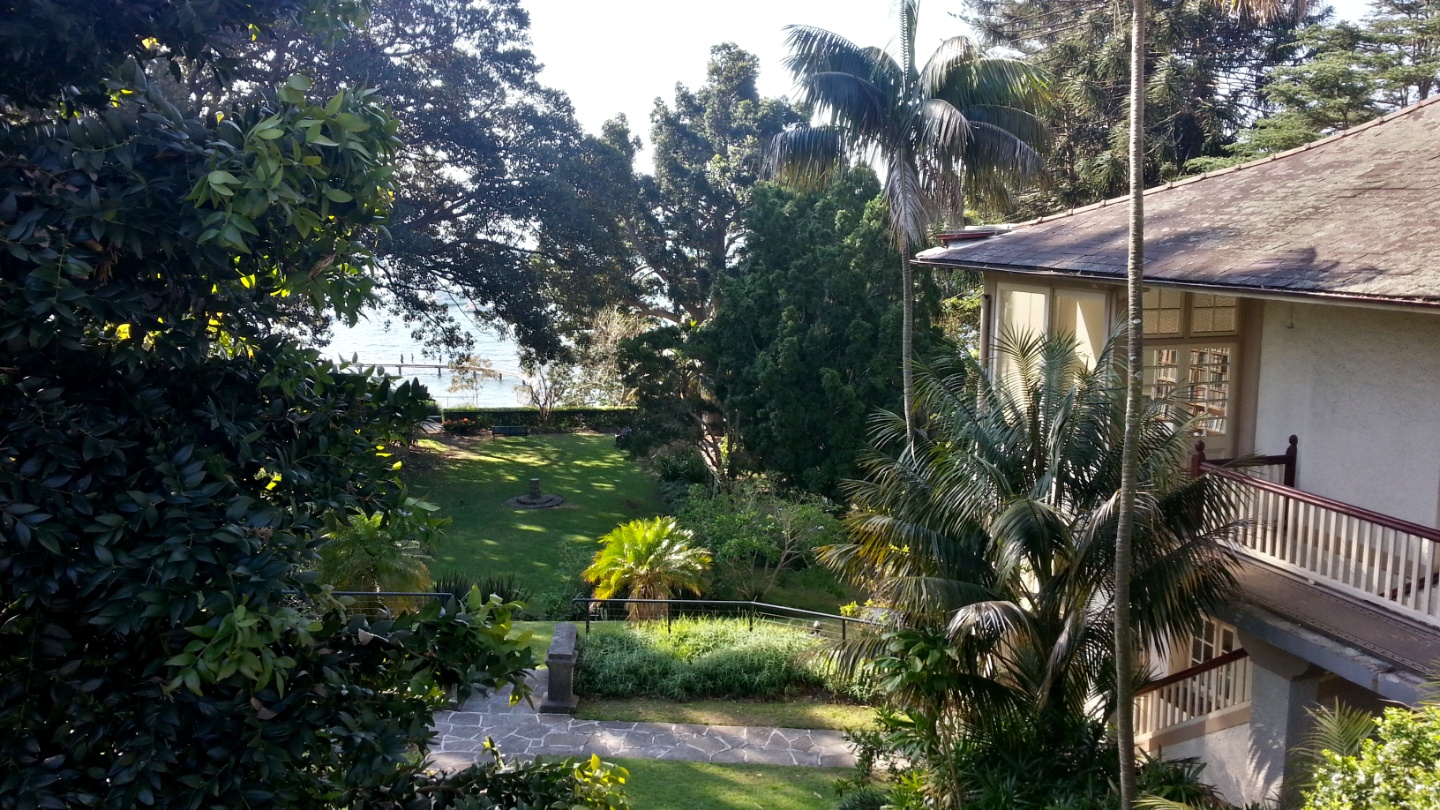 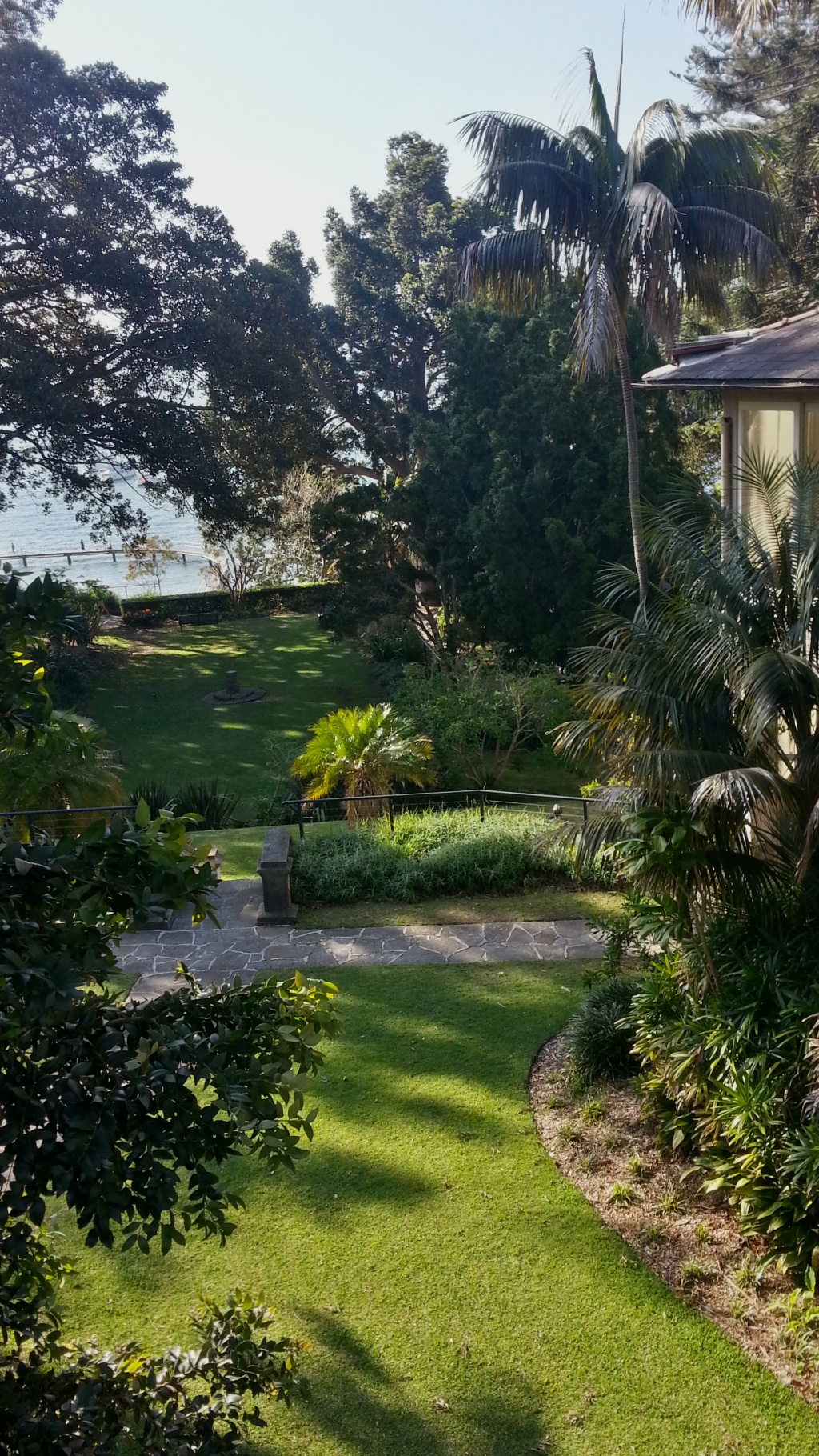 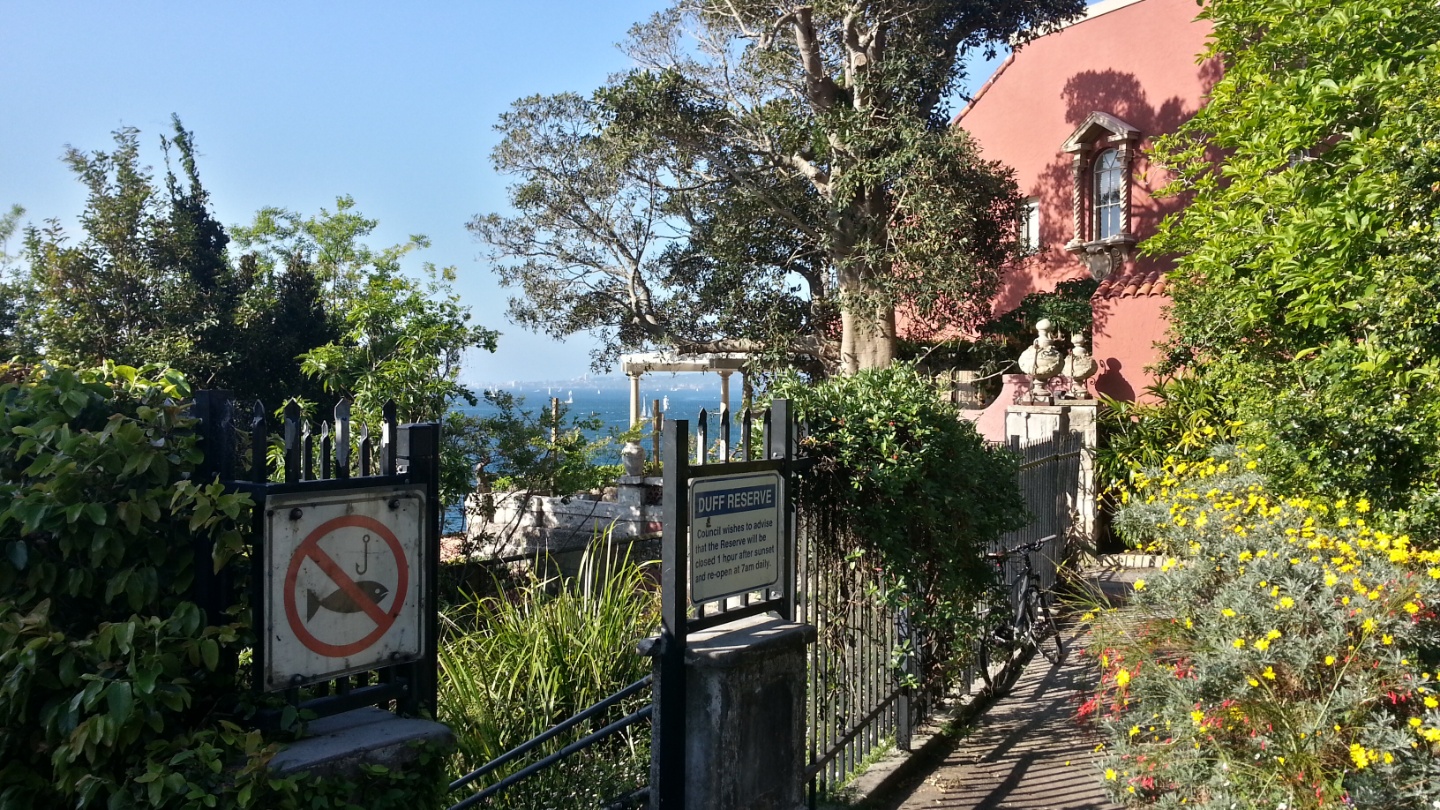 I was looking on google map and found a small park next to the water. 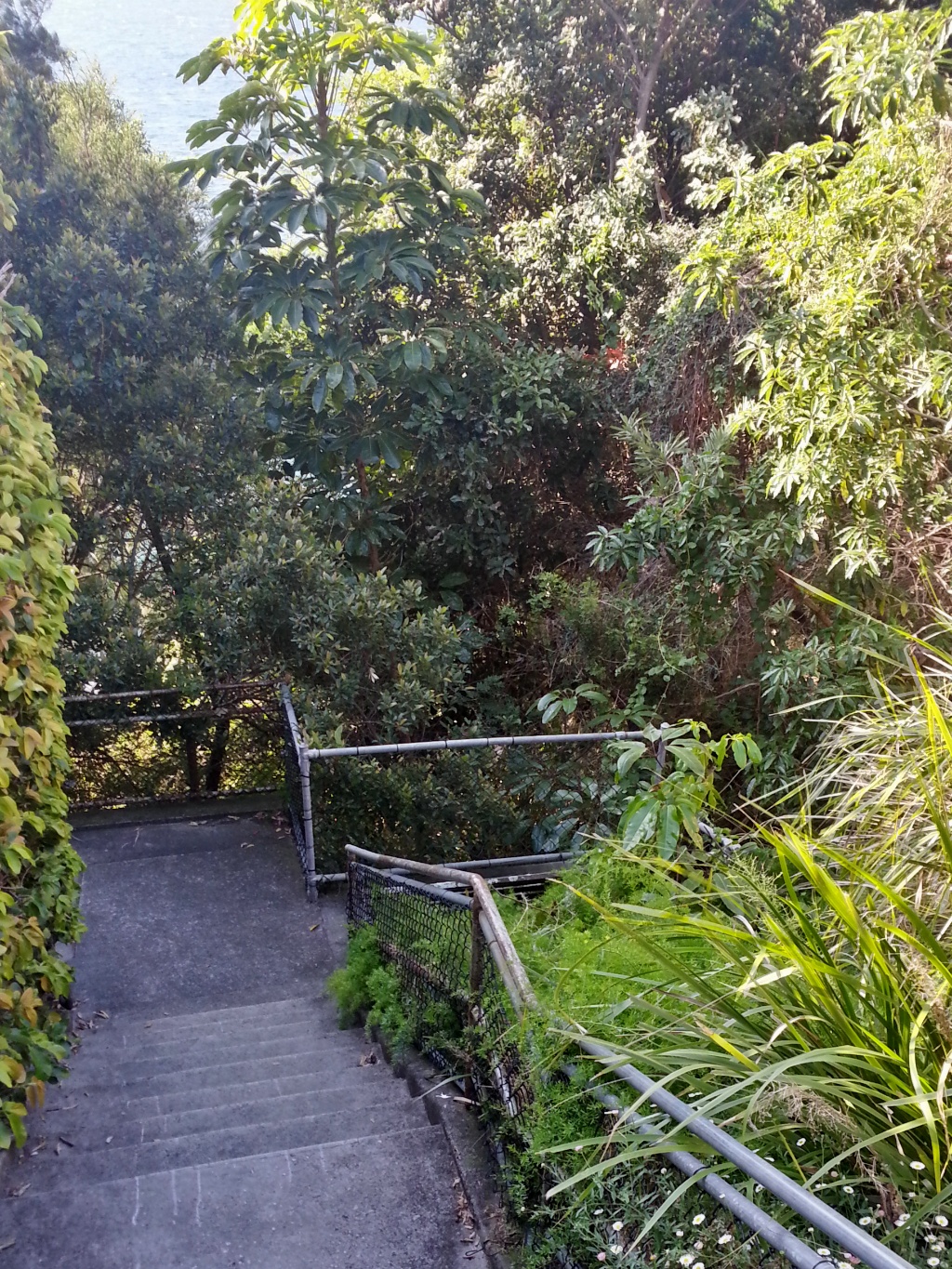 looks like there is more stairs again. I’m gonna walk. 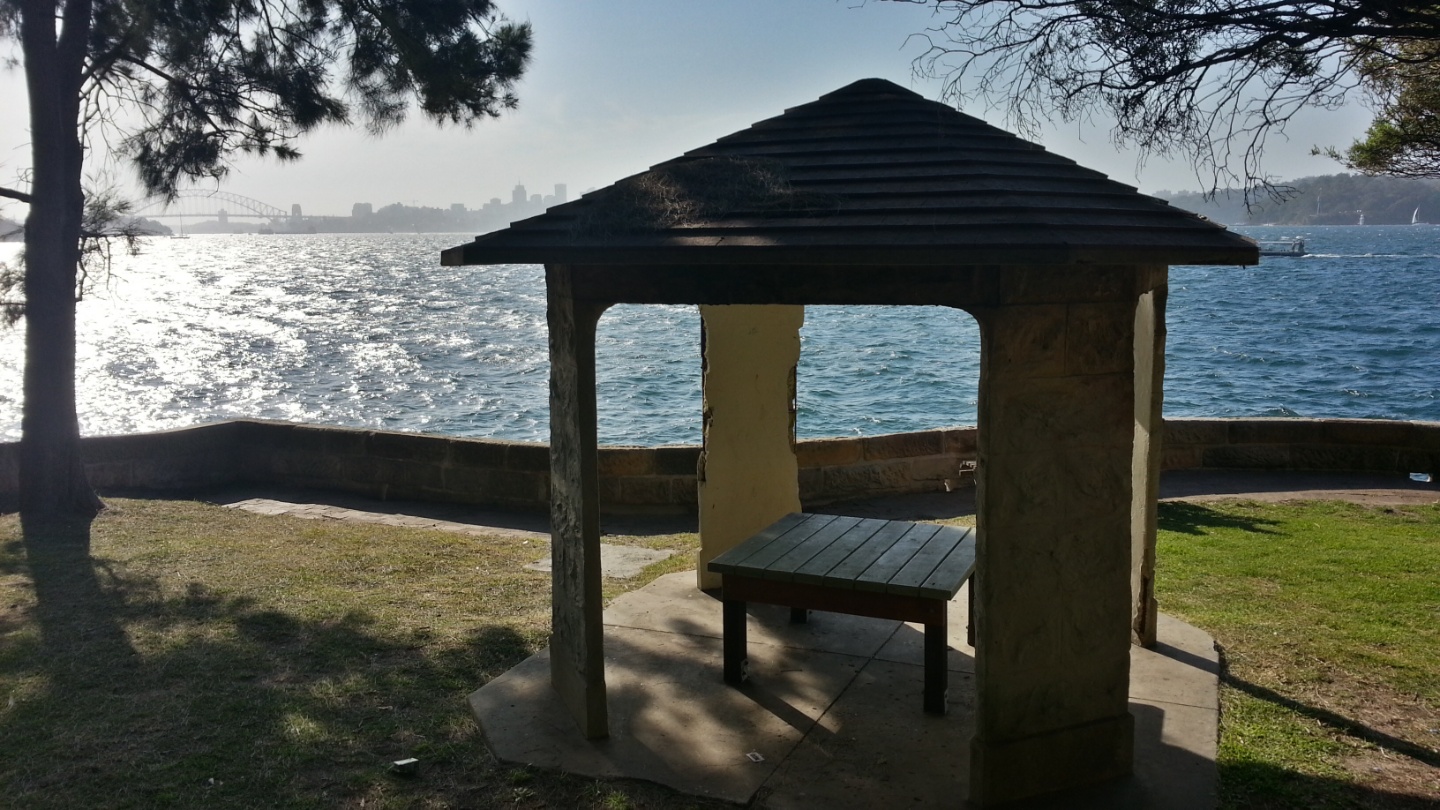 Hey nice place as well. We can see the Harbour bridge in the background. 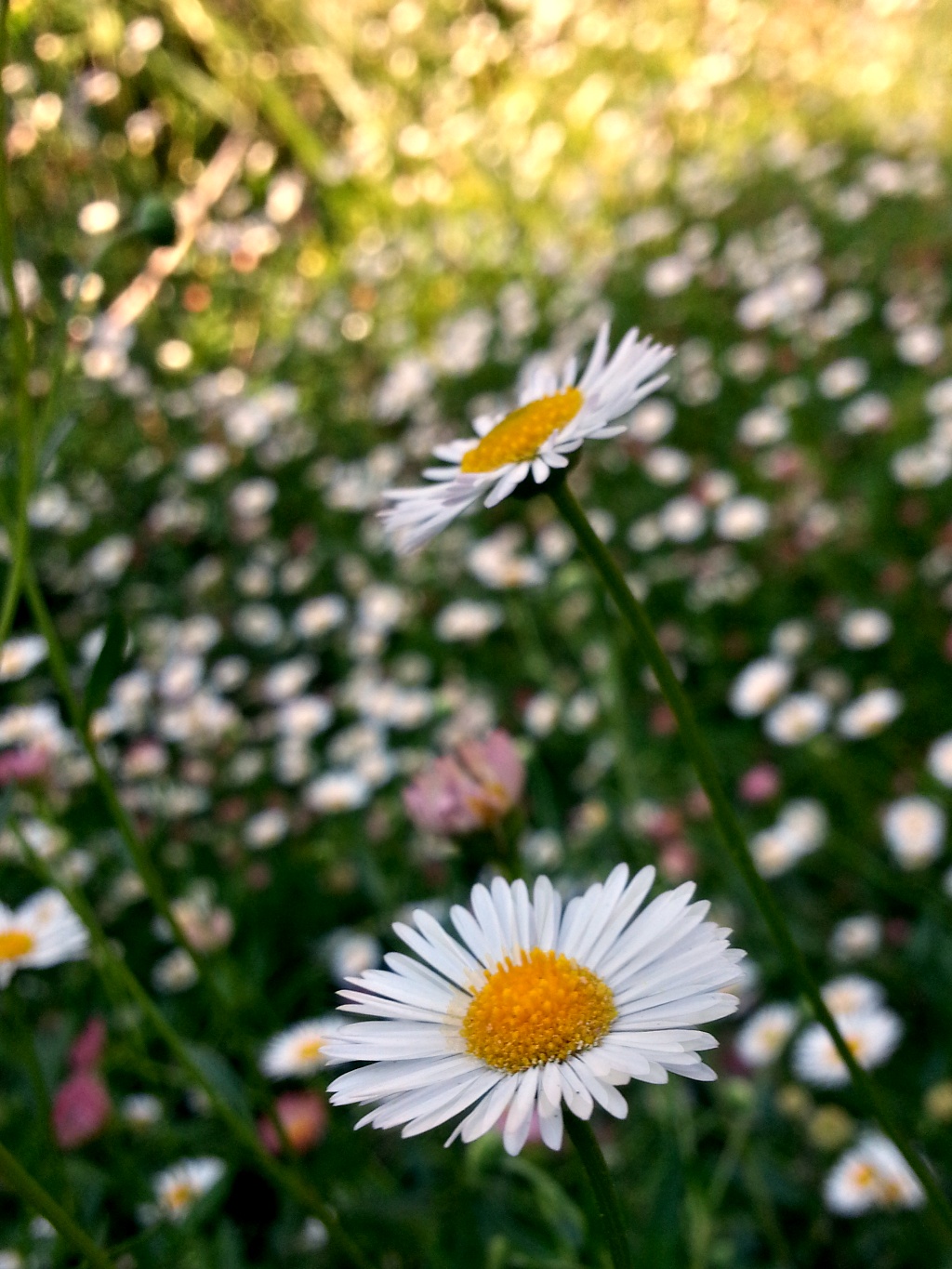 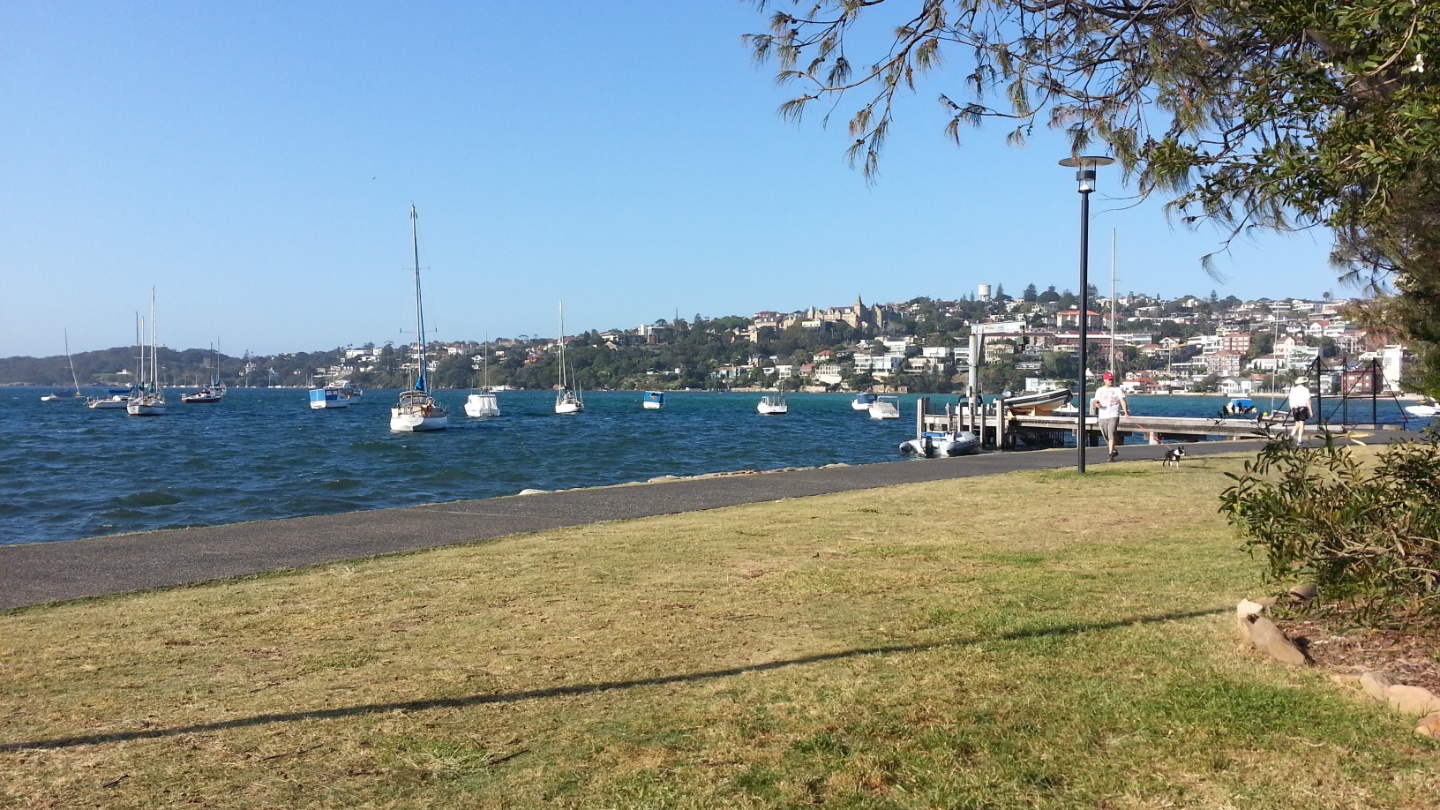 There is lots of parks towards Watson bay which is good because I’m not cycling in the traffic. 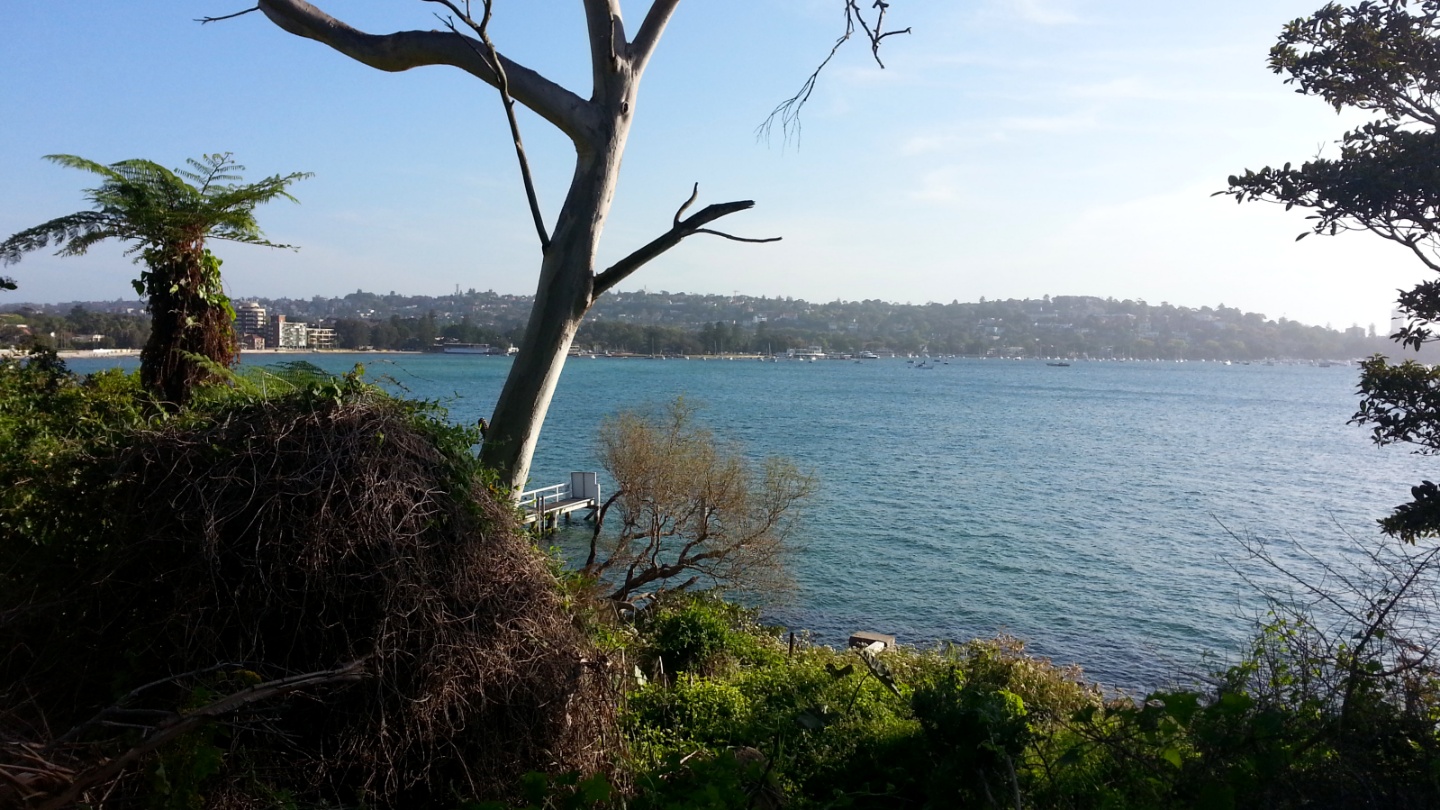 The precious picture was taken from the left side of this one, approximately. 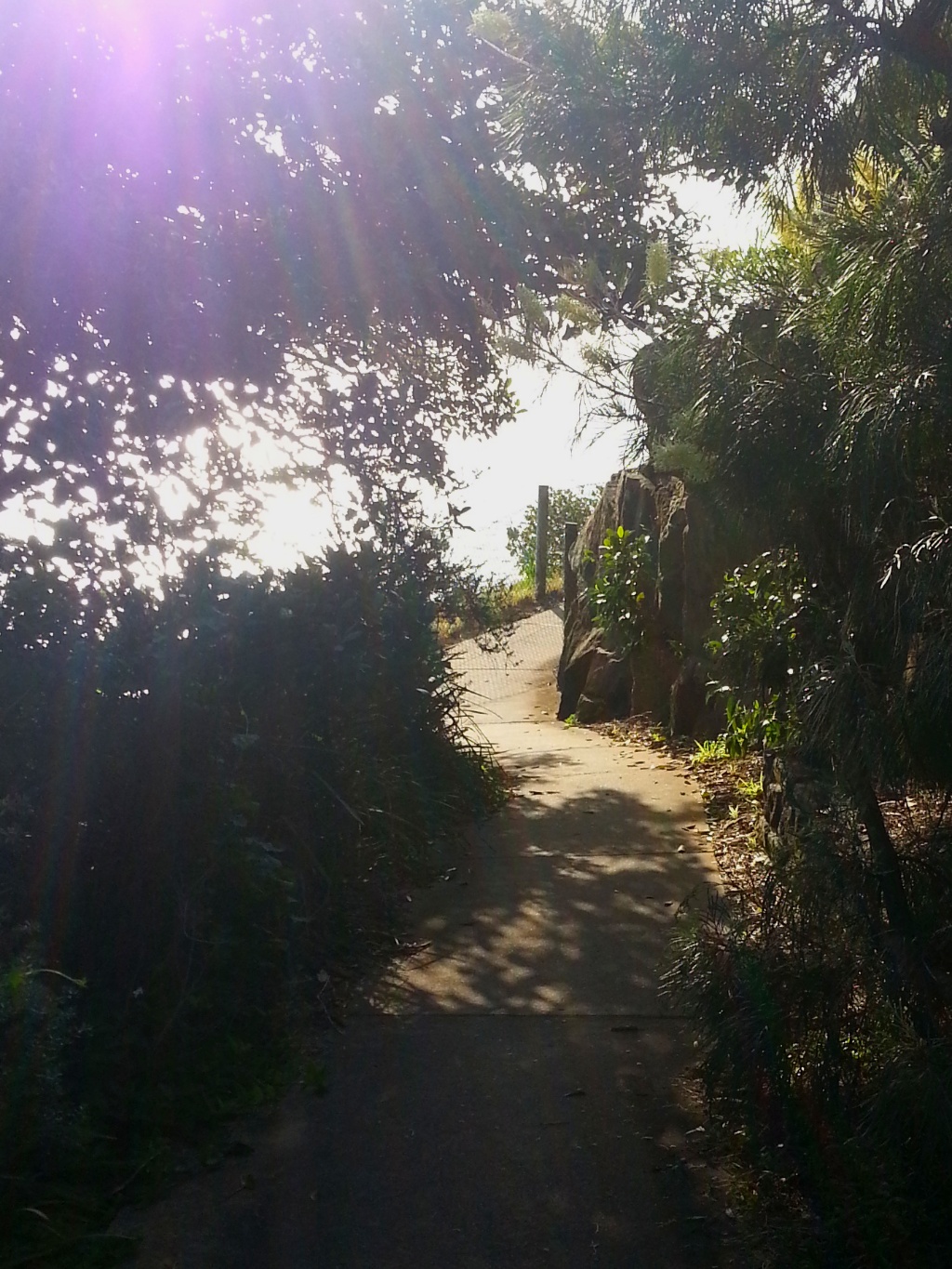 I’m now cycling in a national park. The track is nice but their is few stairs. 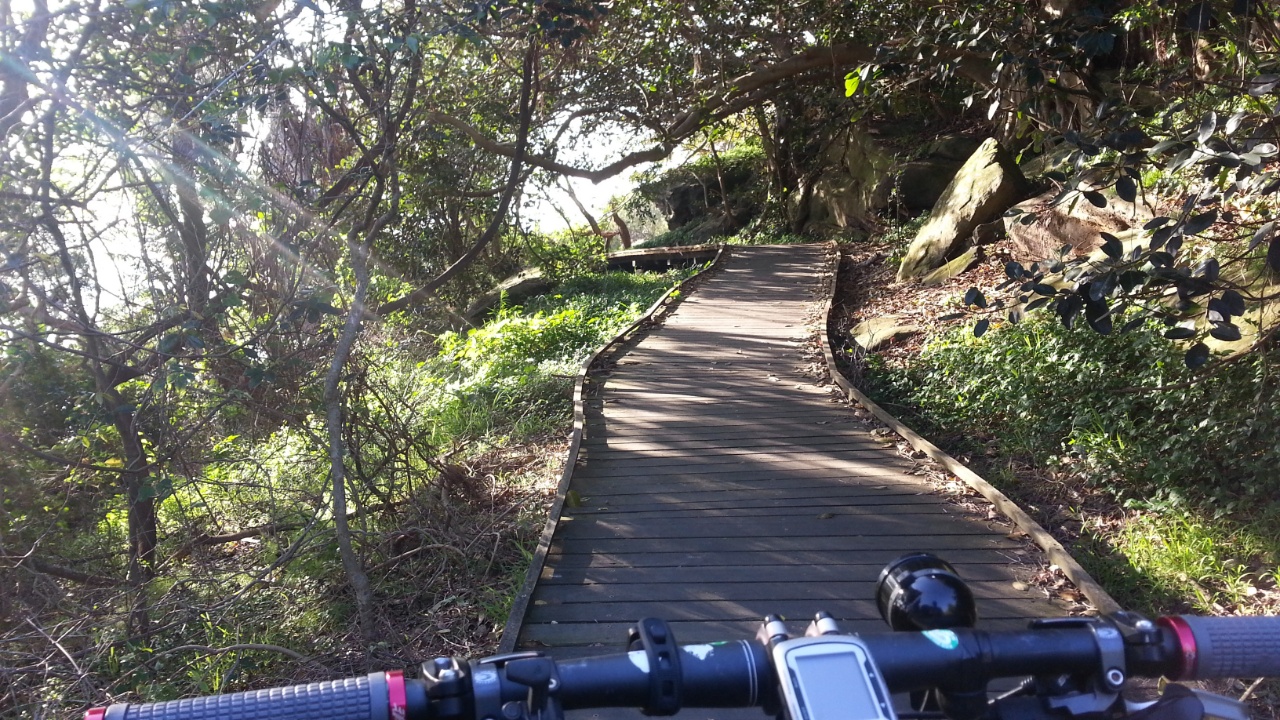 I’ve asked to a guy before starting this track and he told me it was fine. “There is just few stairs” he said. At the same time, his wife (I suppose) looked at him, a bit worried. I feel she wanted to say something like “eeeh, there is more than “just a few”. But she didn’t. I don’t mind actually. If I have to carry my bike I will. This is adventure! 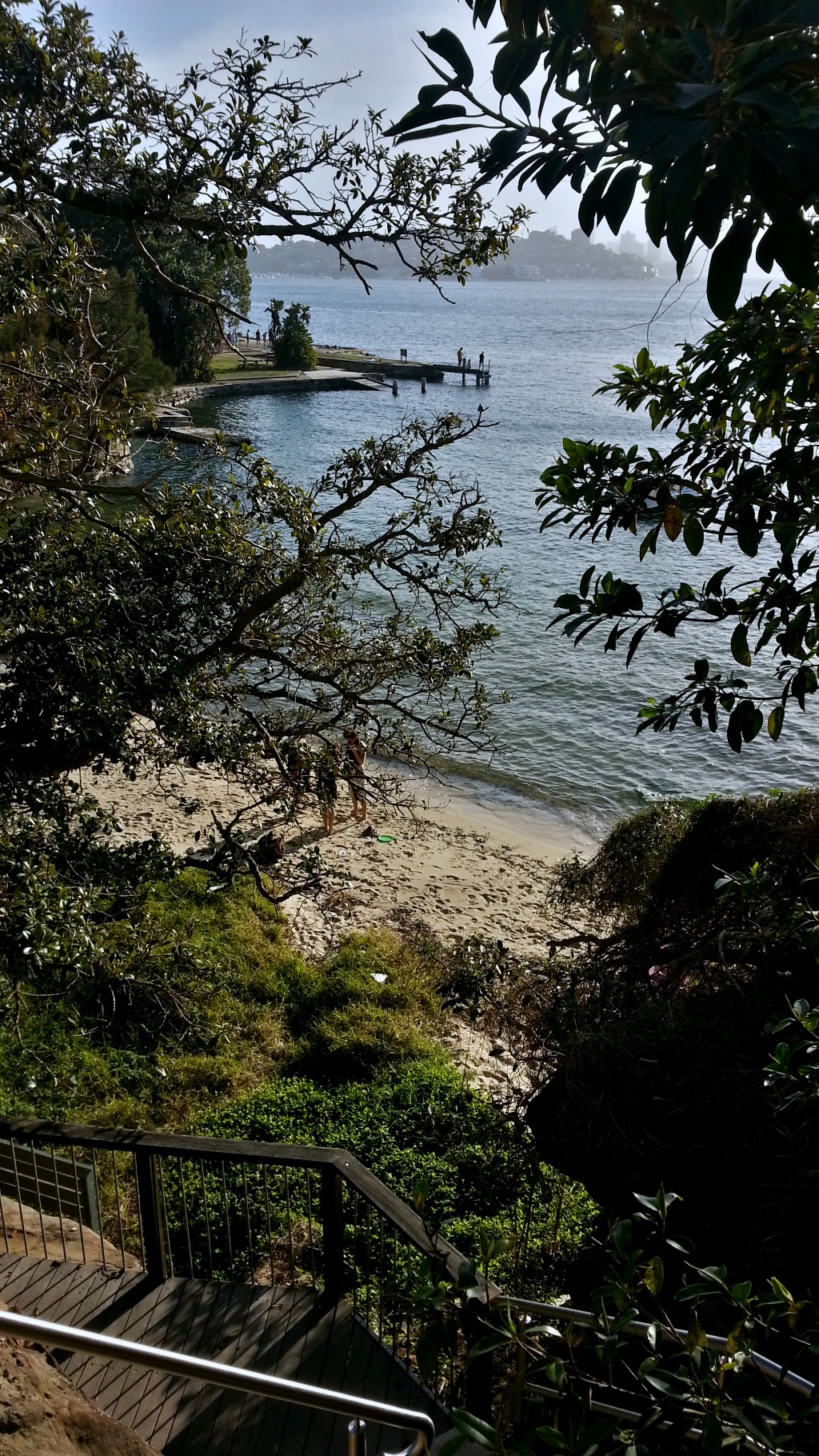 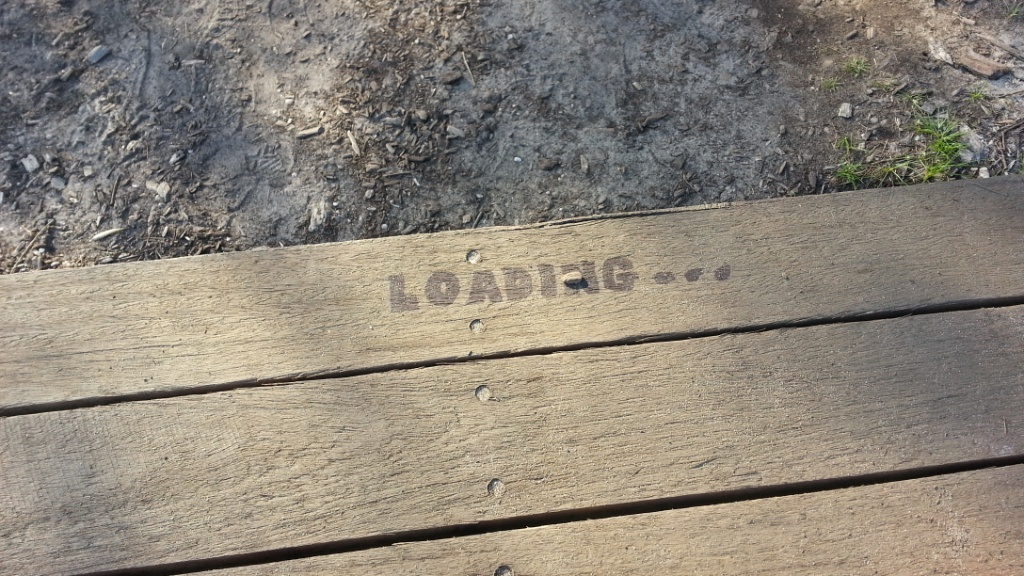 Ah, lloks like they run out of wood. These guys must be a bit geeky haha :-) 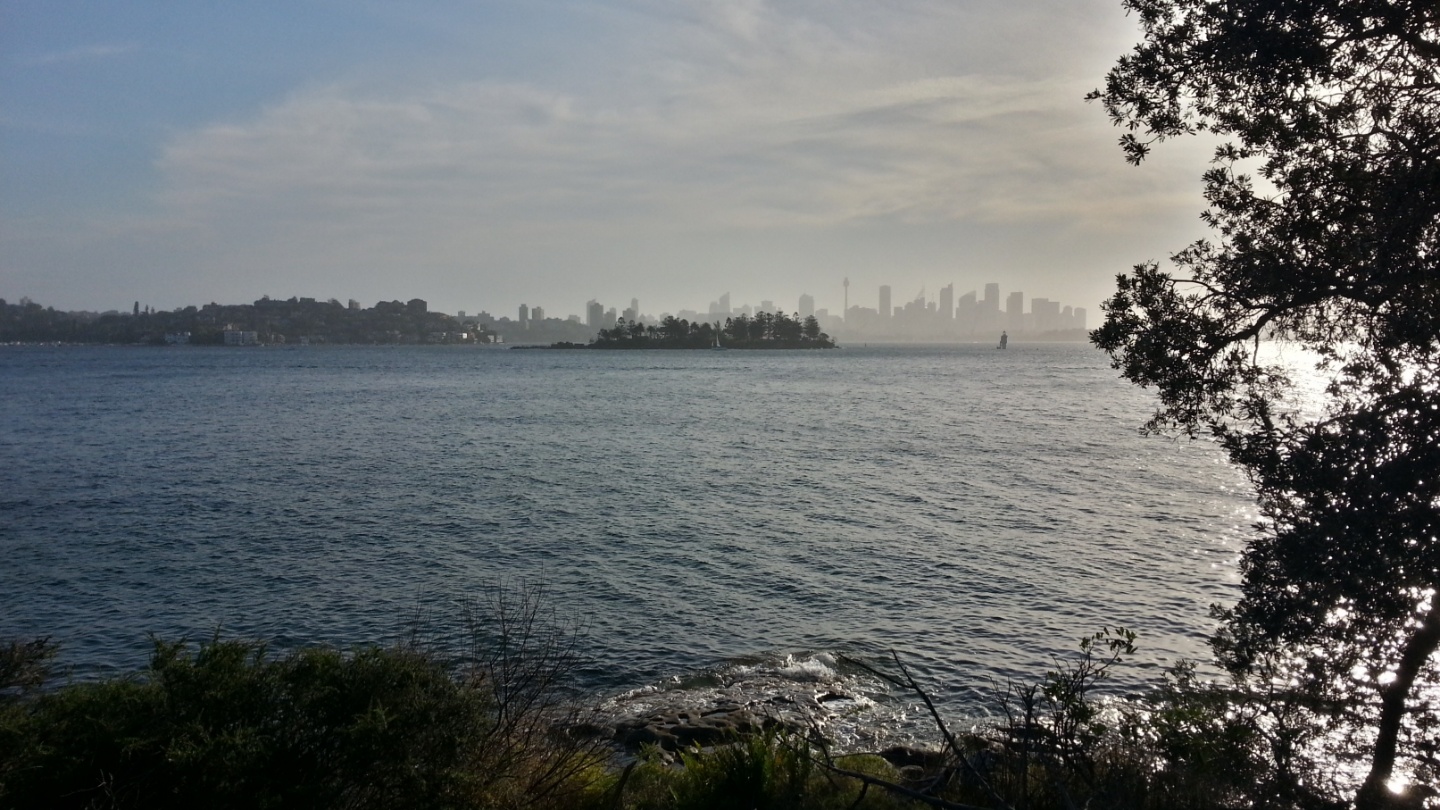 The city of Sydney in the background. 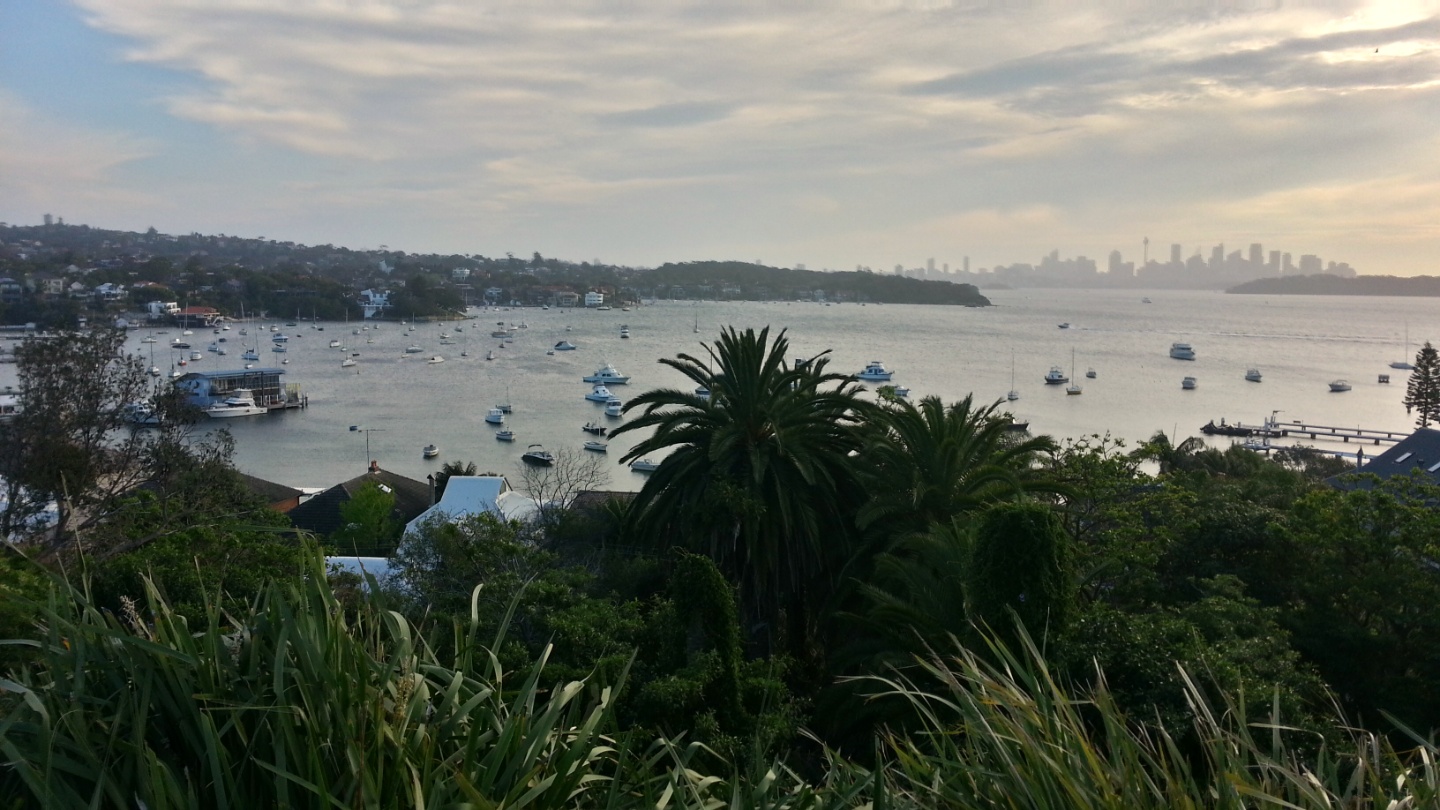 Almost arrived. I’m getting far away.

This is Watson bay. Well the ocean side. 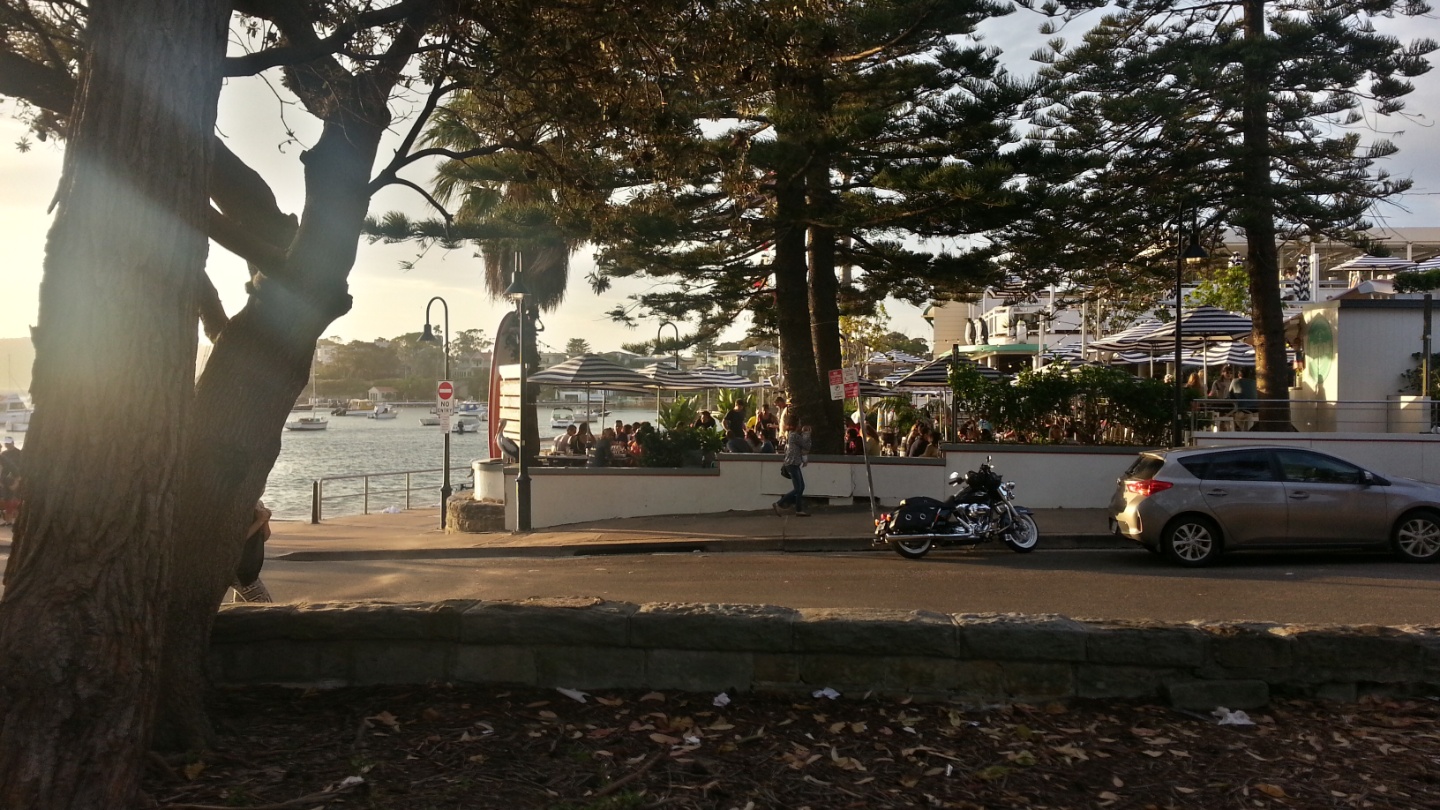 and the bay side. It’s quite cool here. This pub is packed with people and the music is in. Good atmosphere. 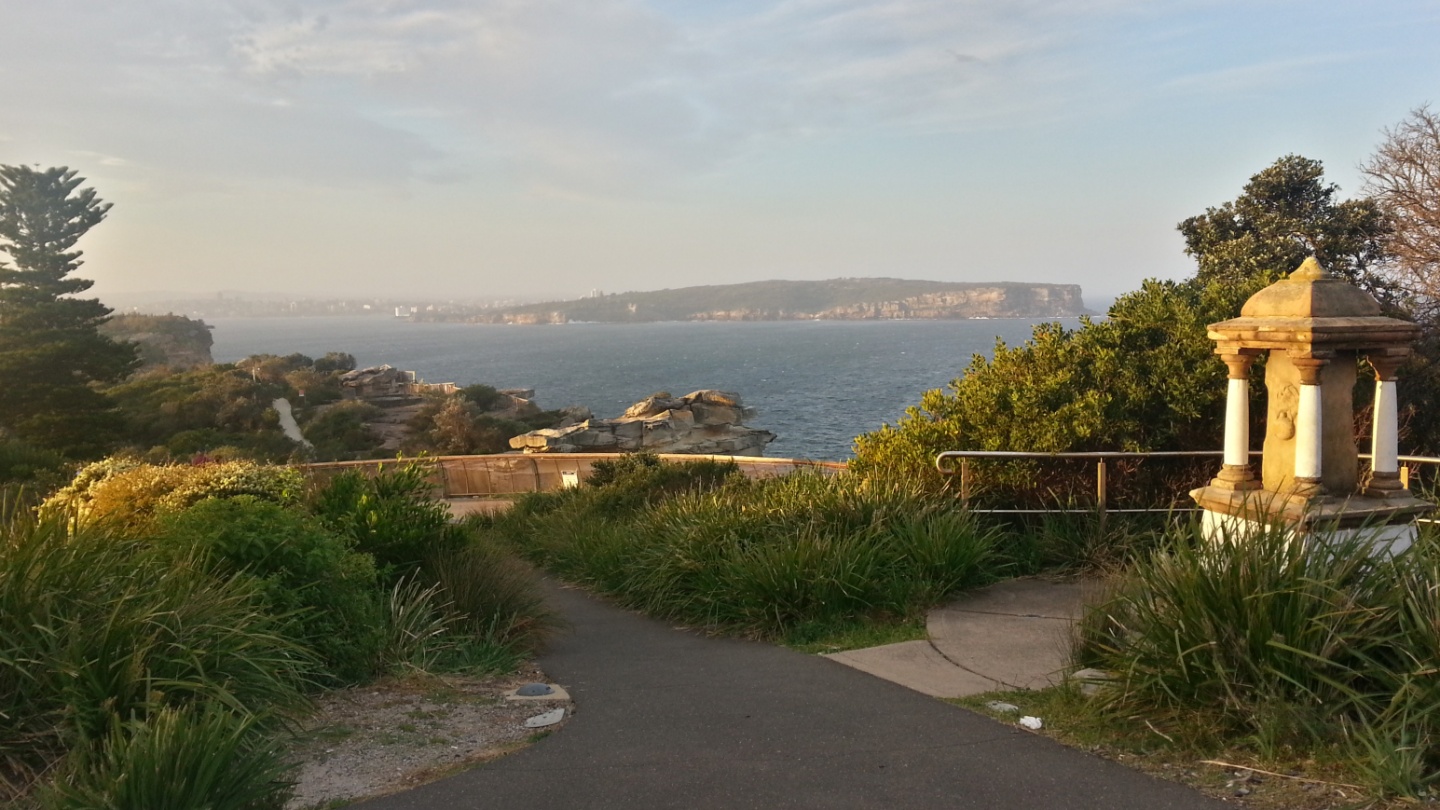 Time to go back. This is the entrance of the natural harbour. So many people move by ferry around Sydney and you can see why :-)