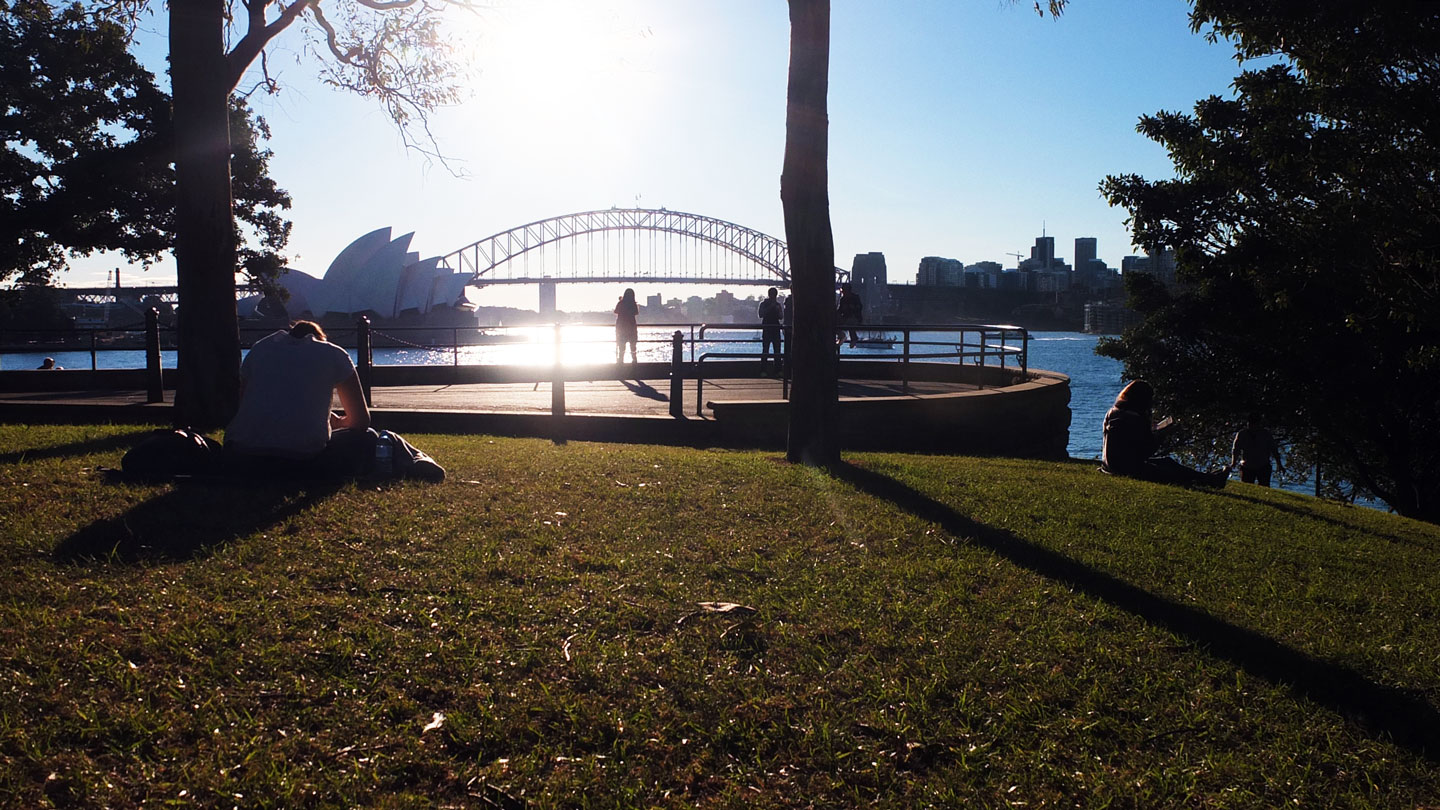 Another weekend, another cycling day. Yes it’s winter and the sun is bright and warm enough to stay outside onto a piece a green grass. I don’t want to imagine the temperature in summer… 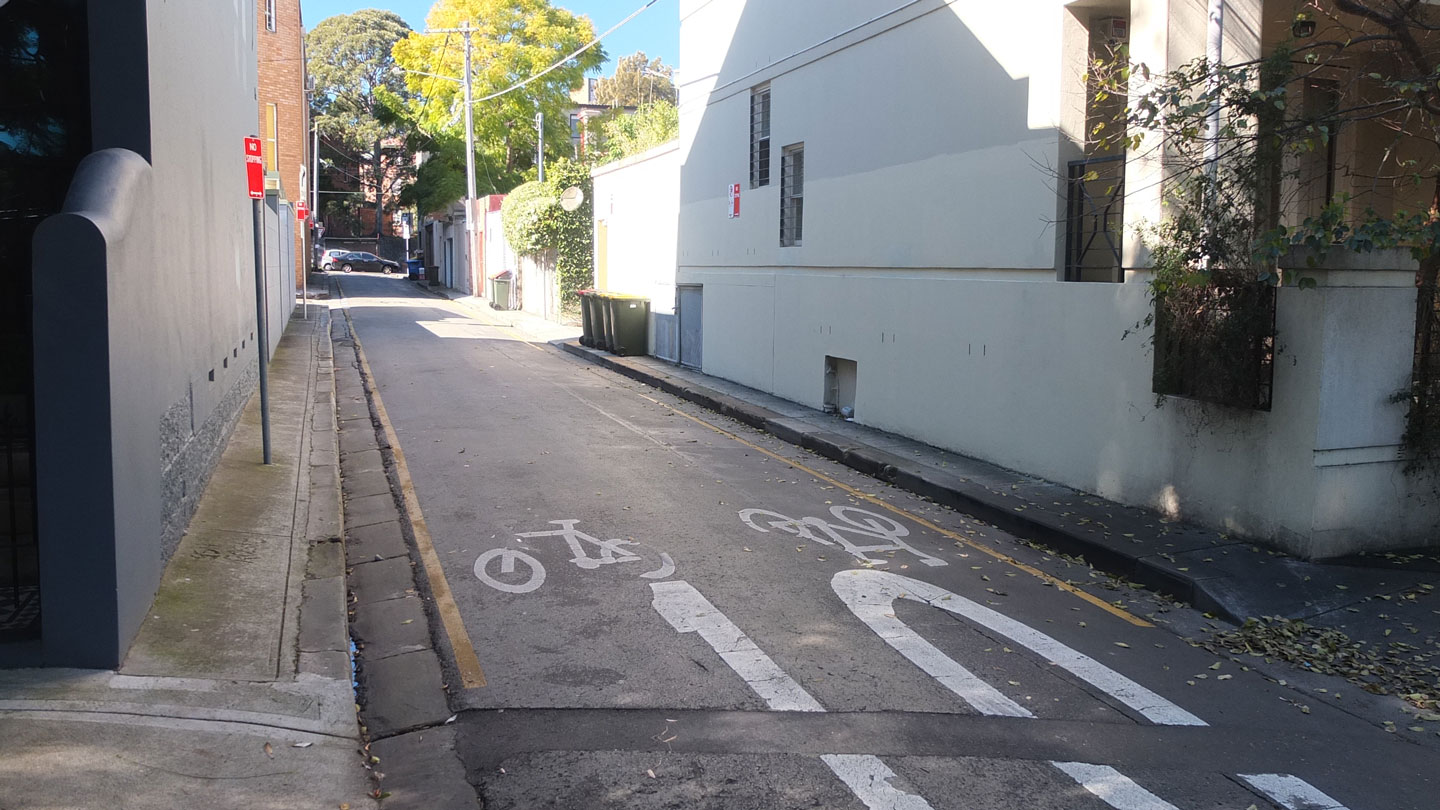 Let’s come back from the beginning of the journey. More I cycle and more I discover streets like this one. The bicycle culture in Sydney is growing and the city invest everywhere to improve the security. 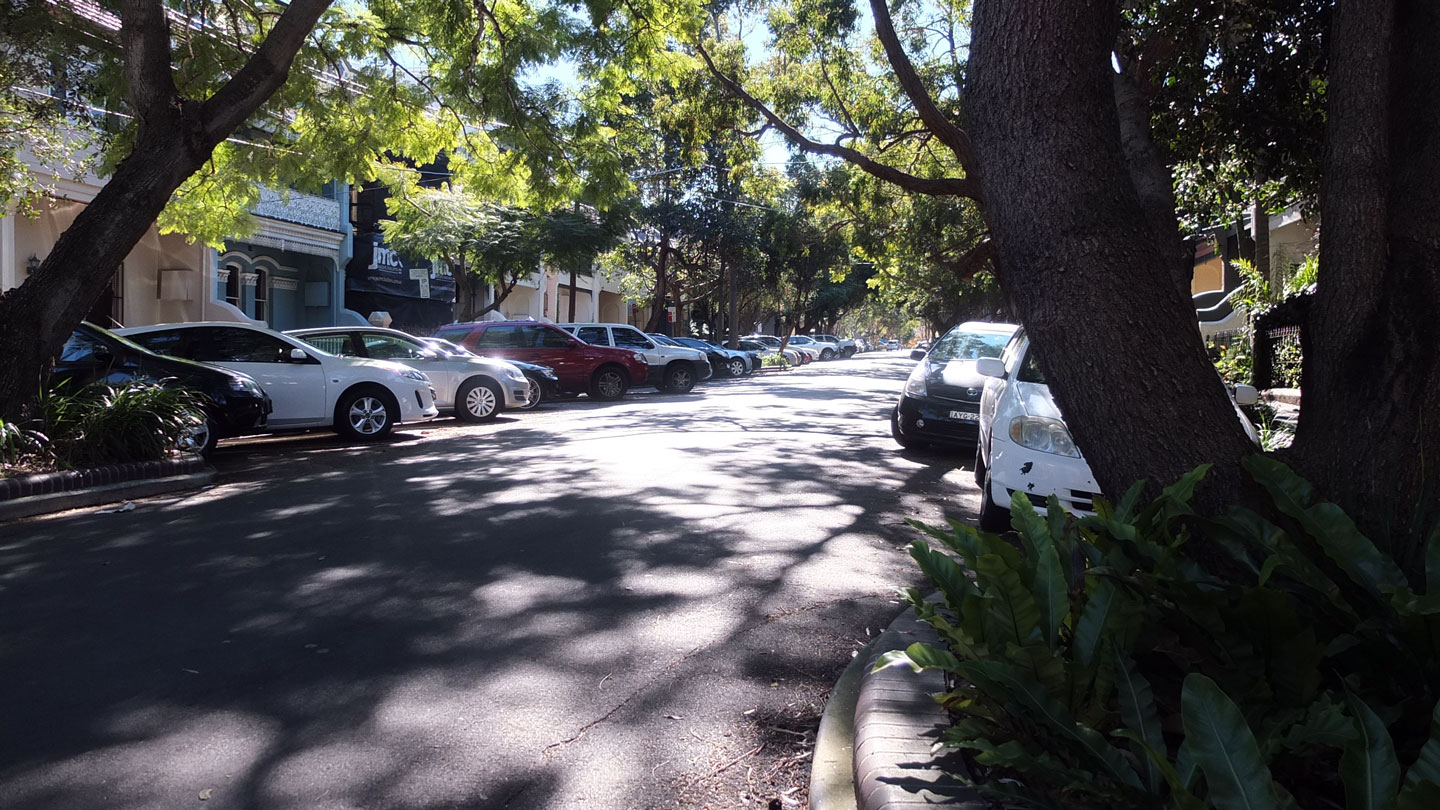 I’m now in Redfern next to Newtown. I don’t really know where I’m going but it’s always like this haha and I know it’s ending quite well each time. 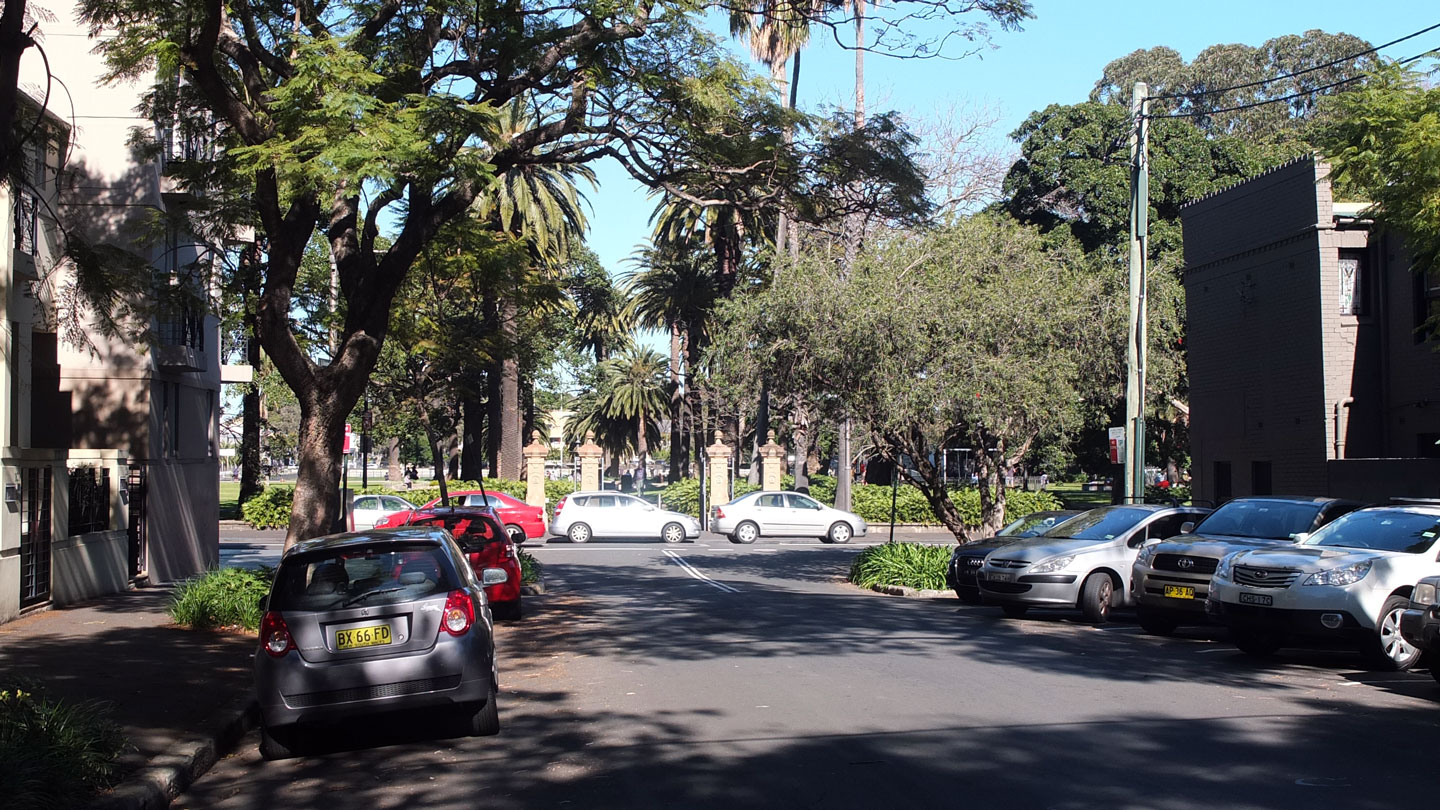 I’m passing through parks to avoid as much traffic as I can. 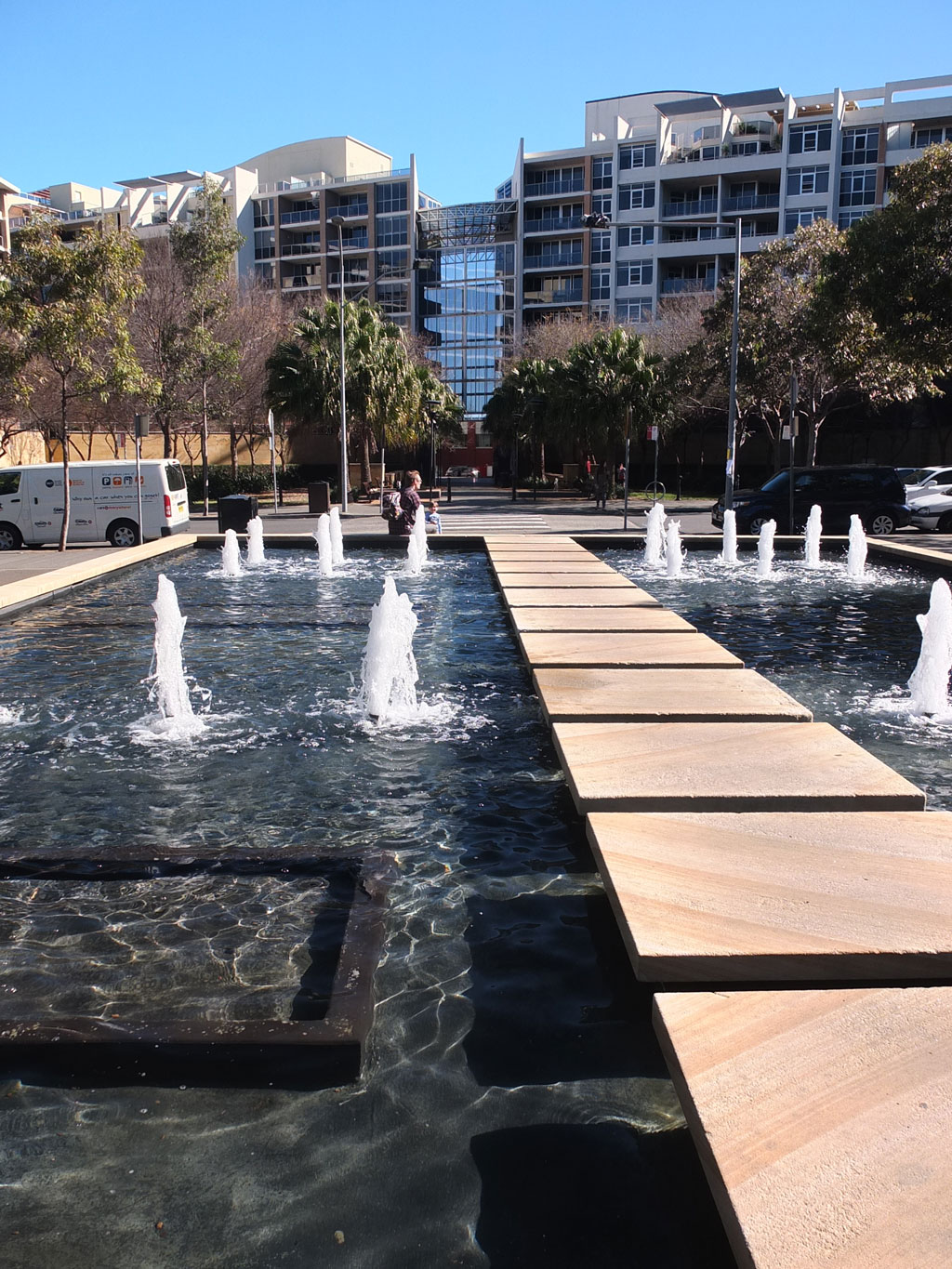 Arriving on the bottom of Surry Hill I expect to cycle the entire length of Bourke street. I’ve been there once and there is a cycle way all along the street which is nice. 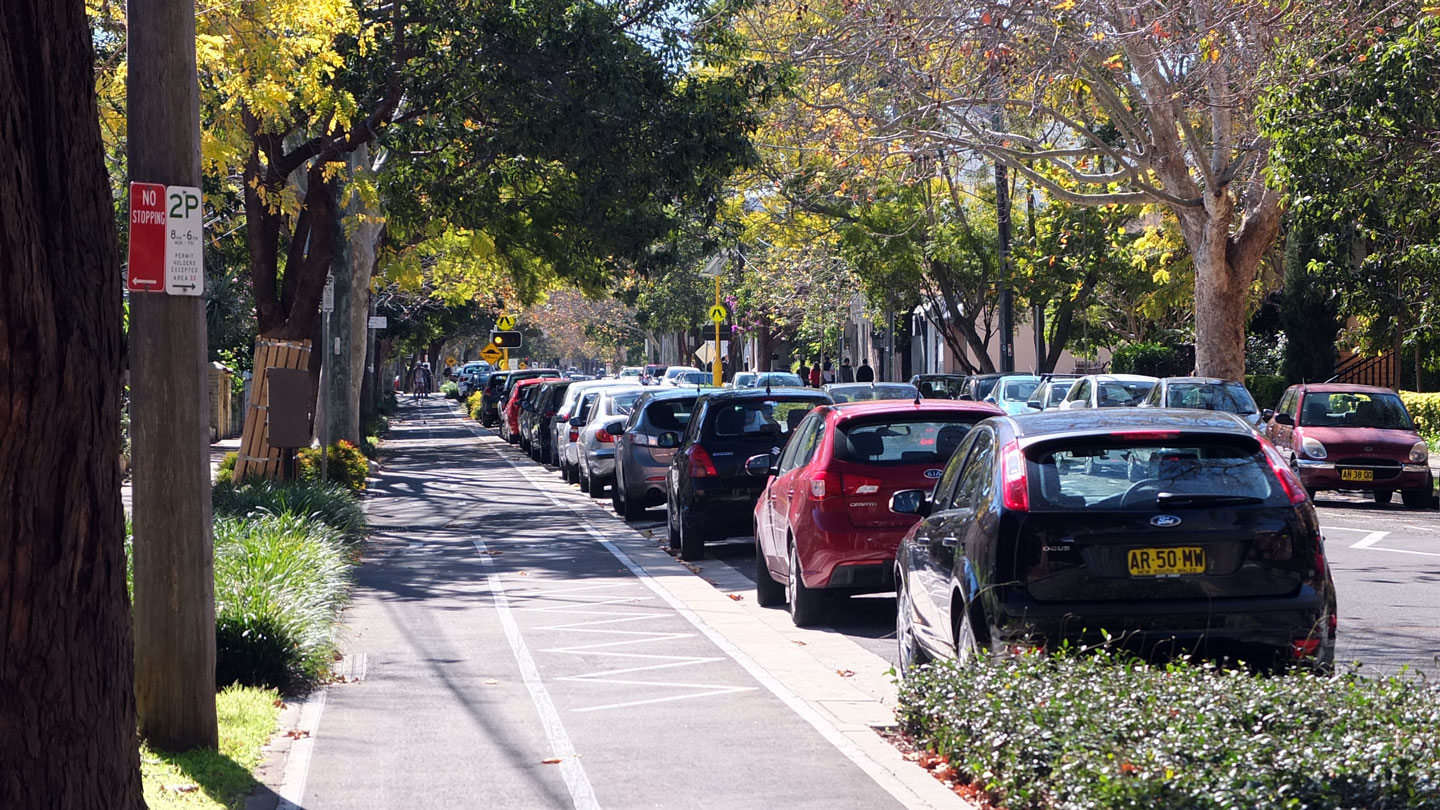 Here it is and it’s going to last 4km at least. 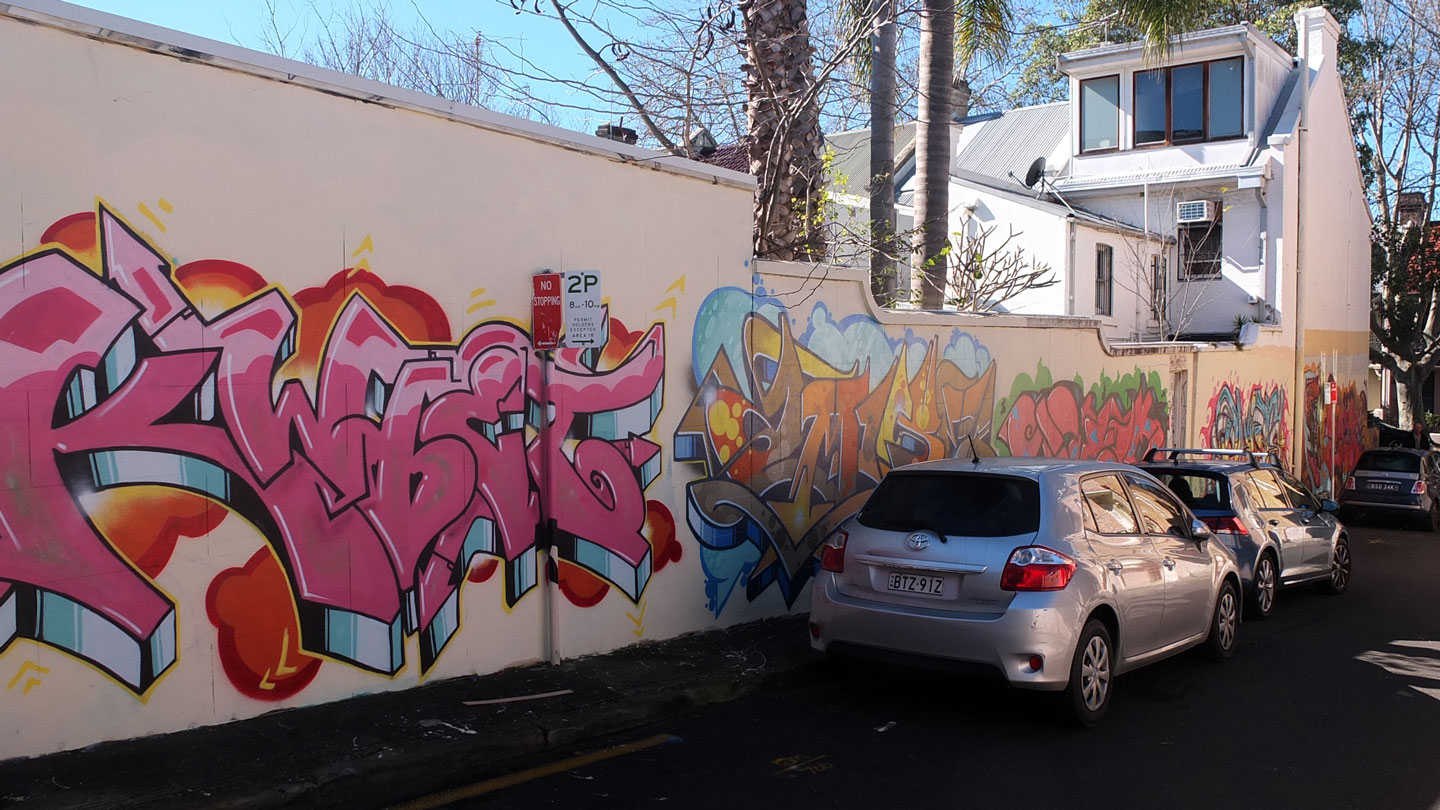 I never miss the opportunity to photograph some Graff on the way. 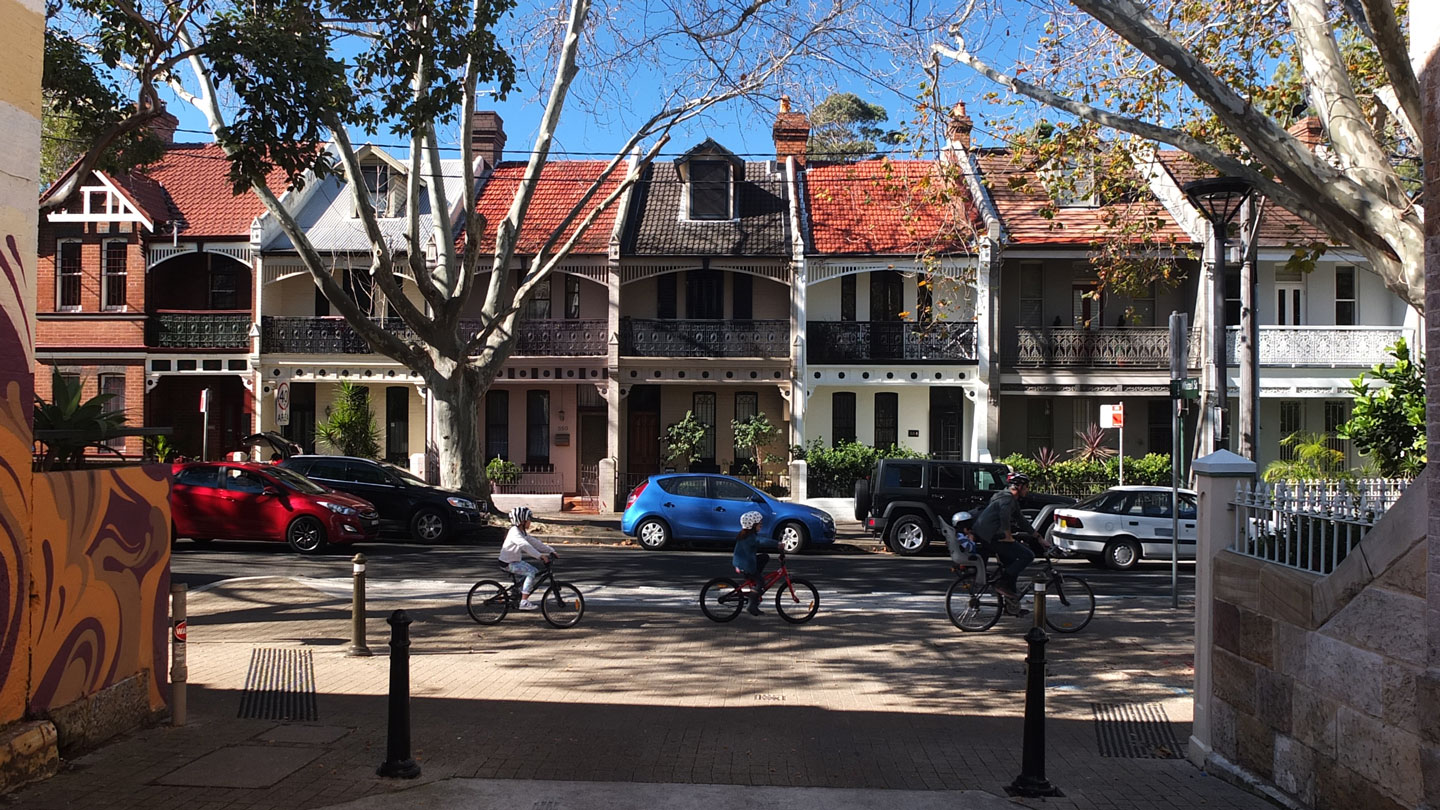 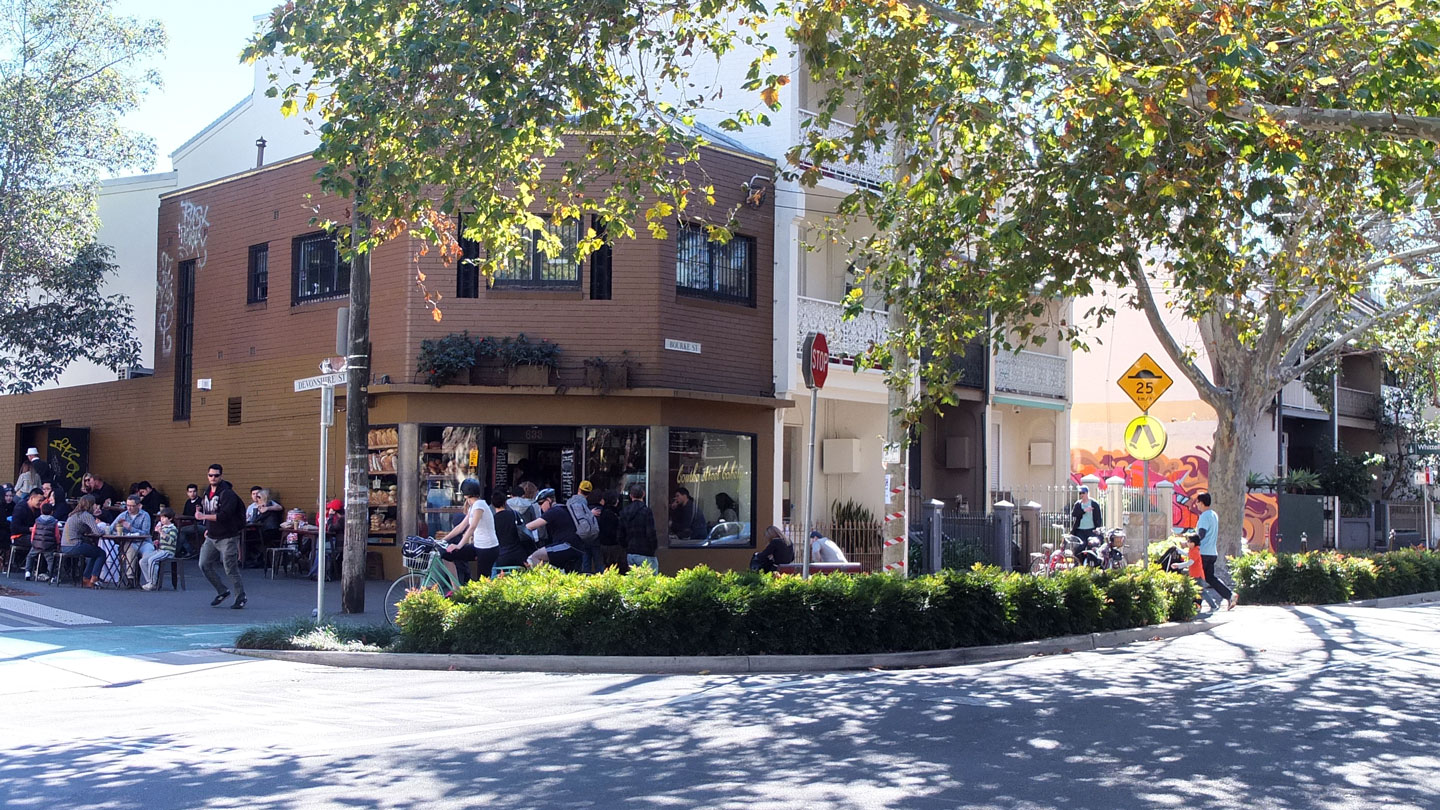 Here there is another reason of why I wanted to cycle here today. The first time when I was here I discover a bakery which looks like a good one (with a French style). And it’s apparently a real nice one because there is the queue outside. Rah! I don’t want to wait so I carry on. Next time maybe. 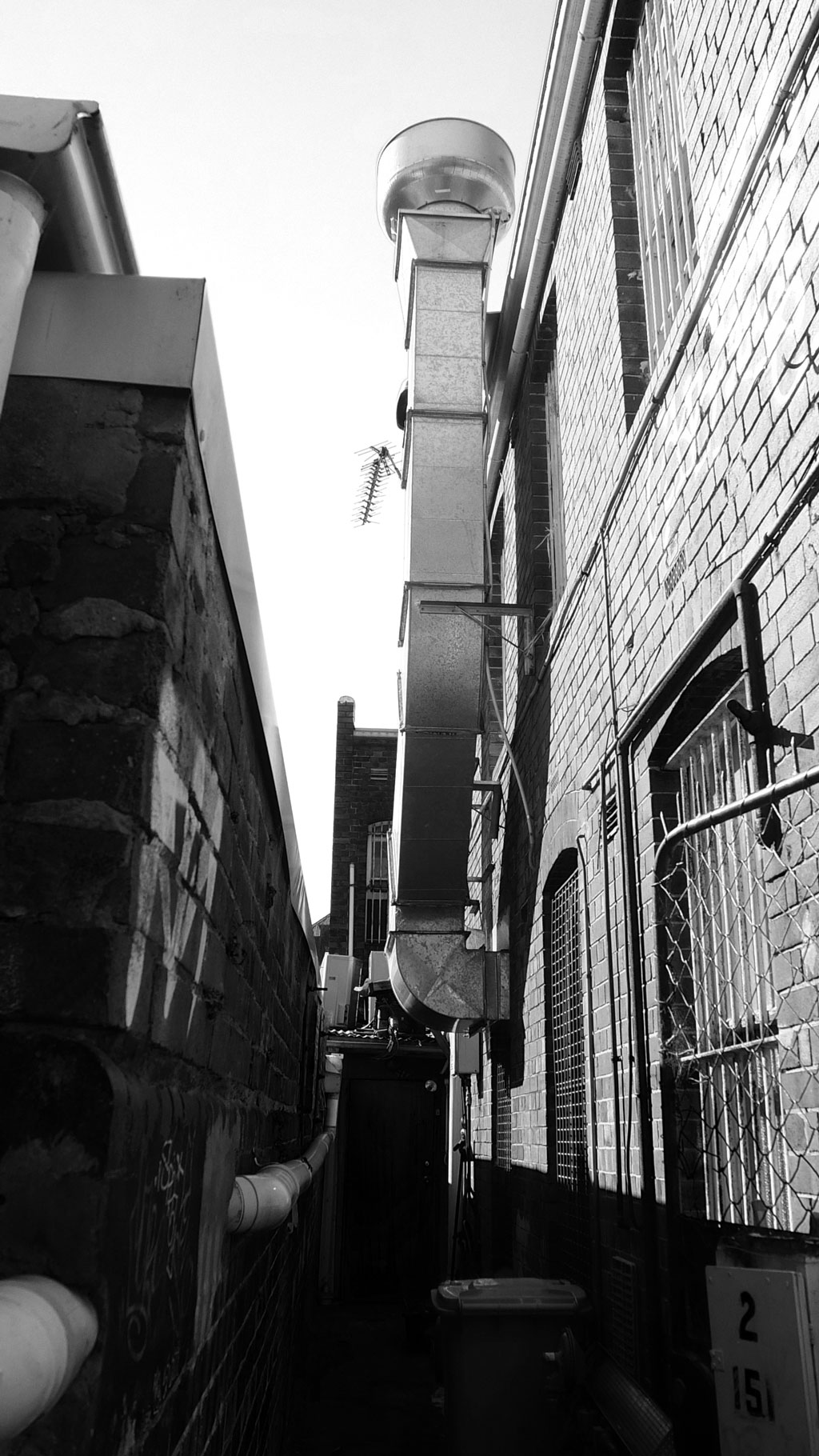 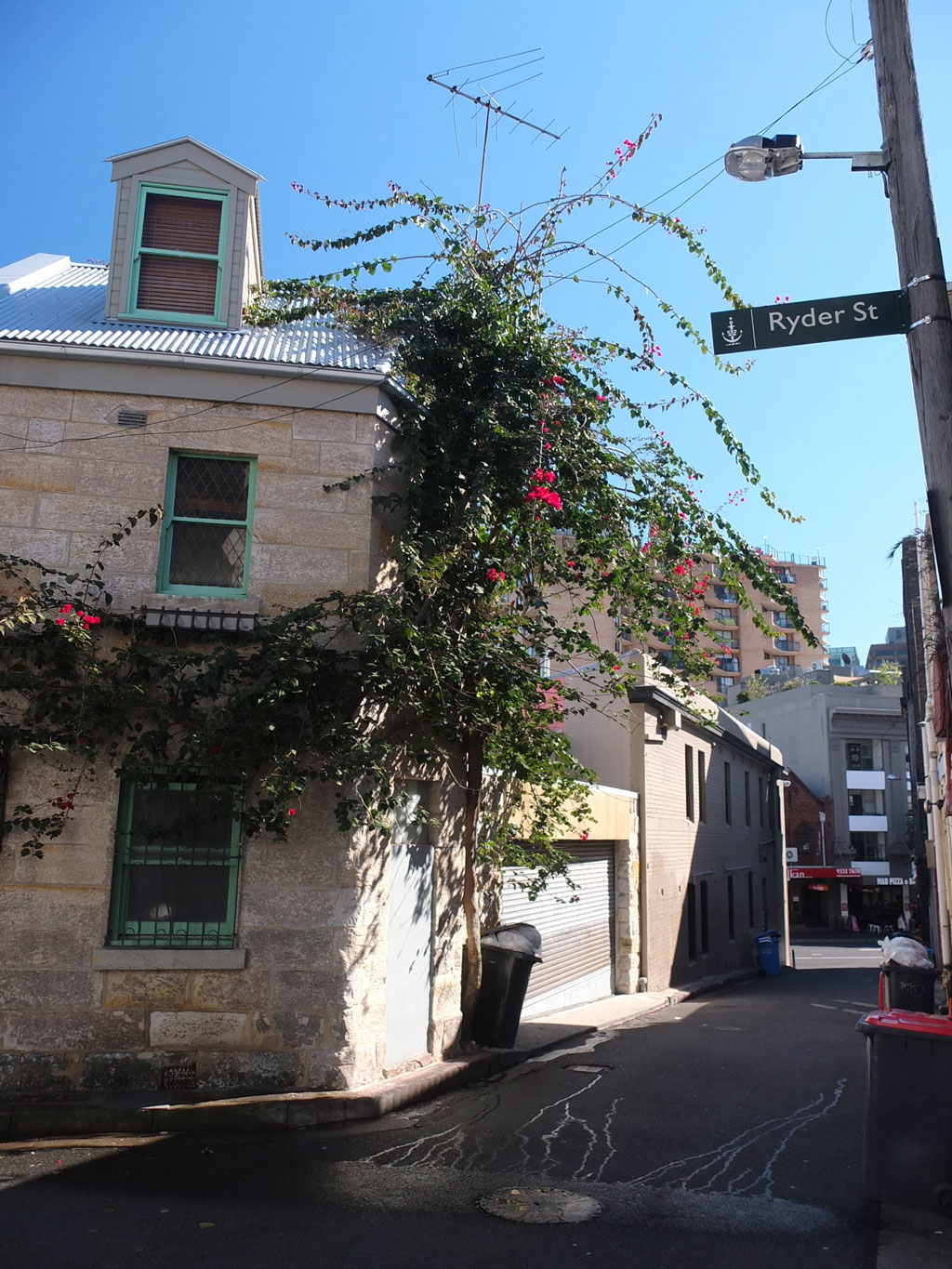 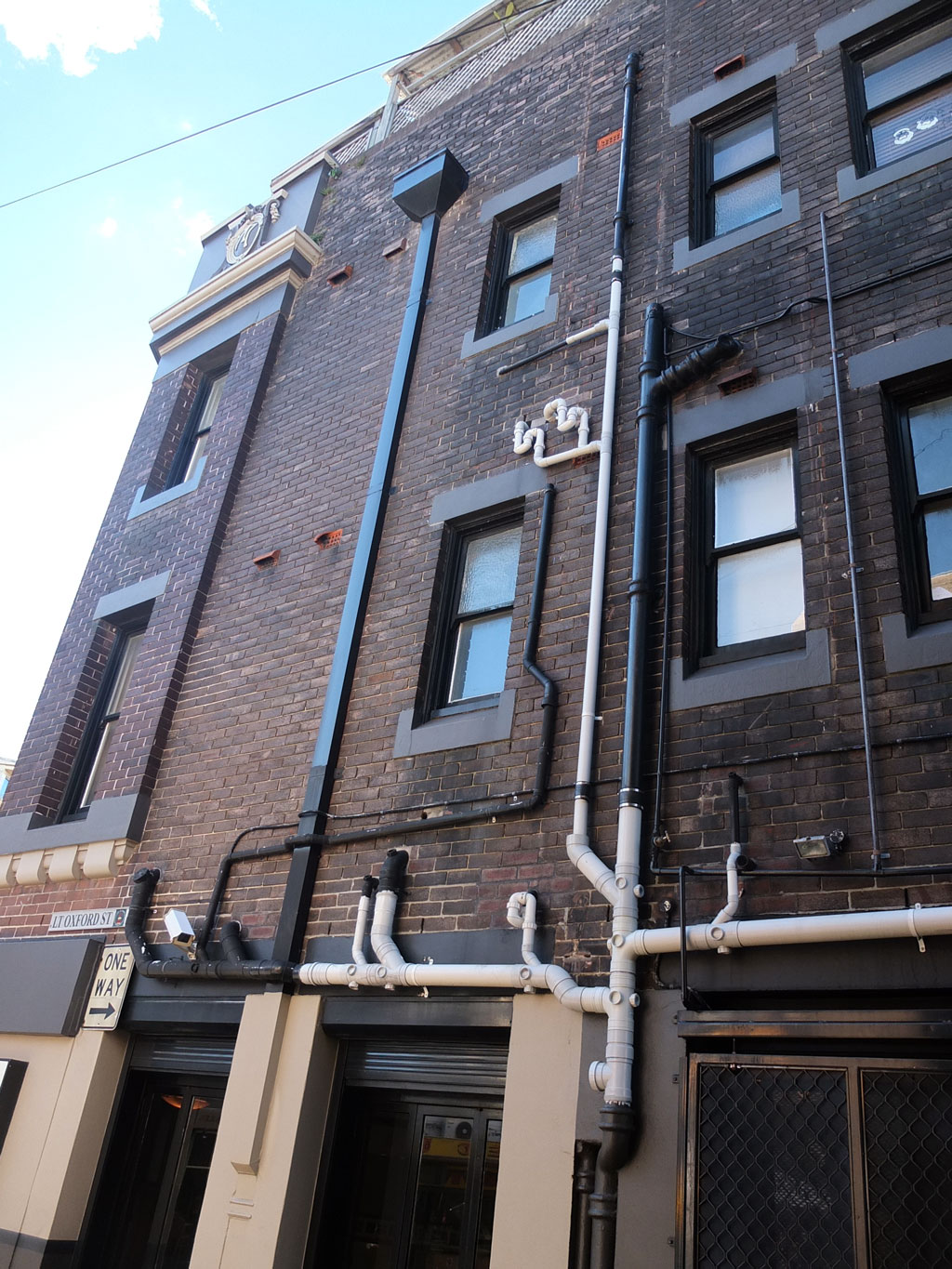 This is a famous thing in Australia apparently (much more impressive than the Opera House I would say ;-) : The pipes outside of buildings. Well, in term of design there is better than this but it’s certainly practical when problems happen. 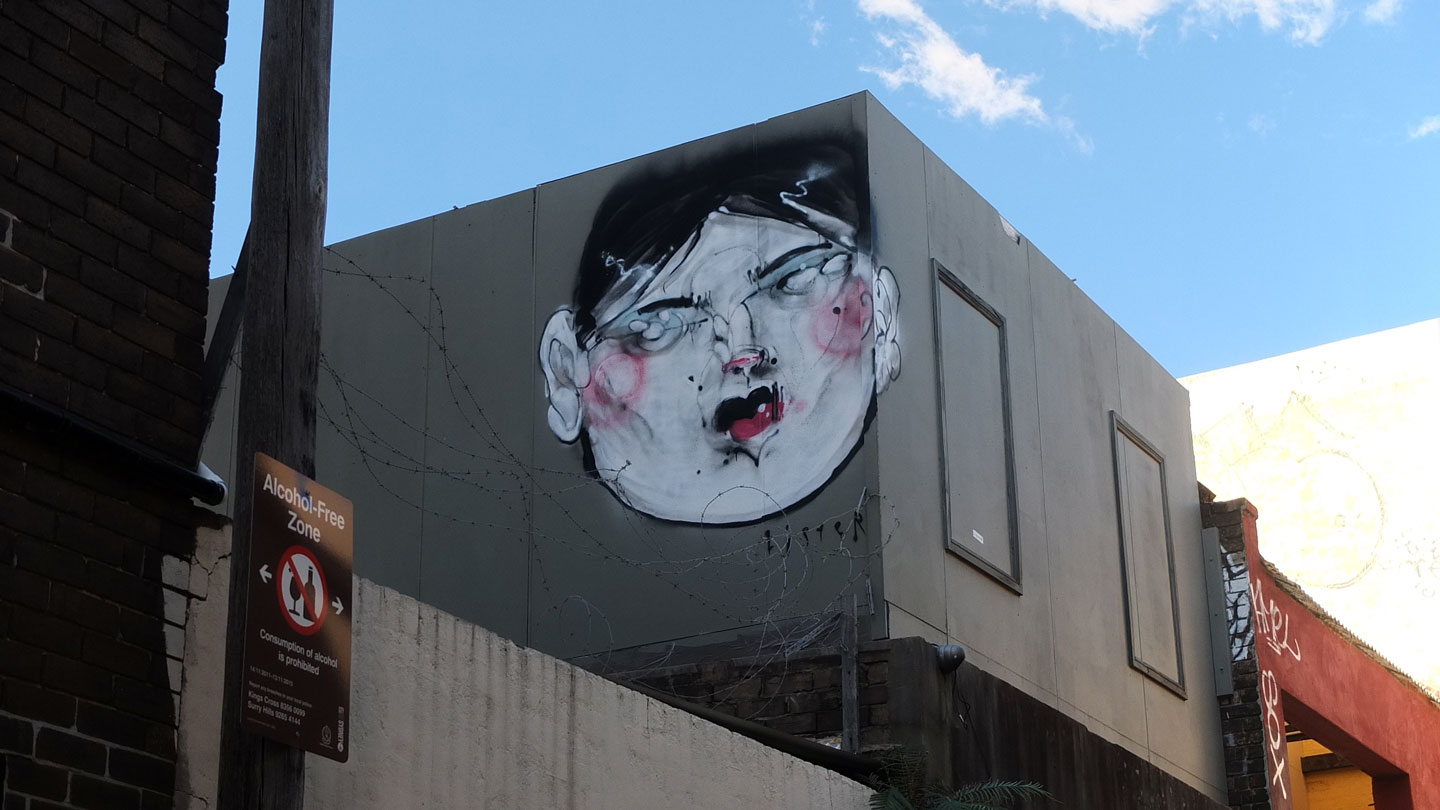 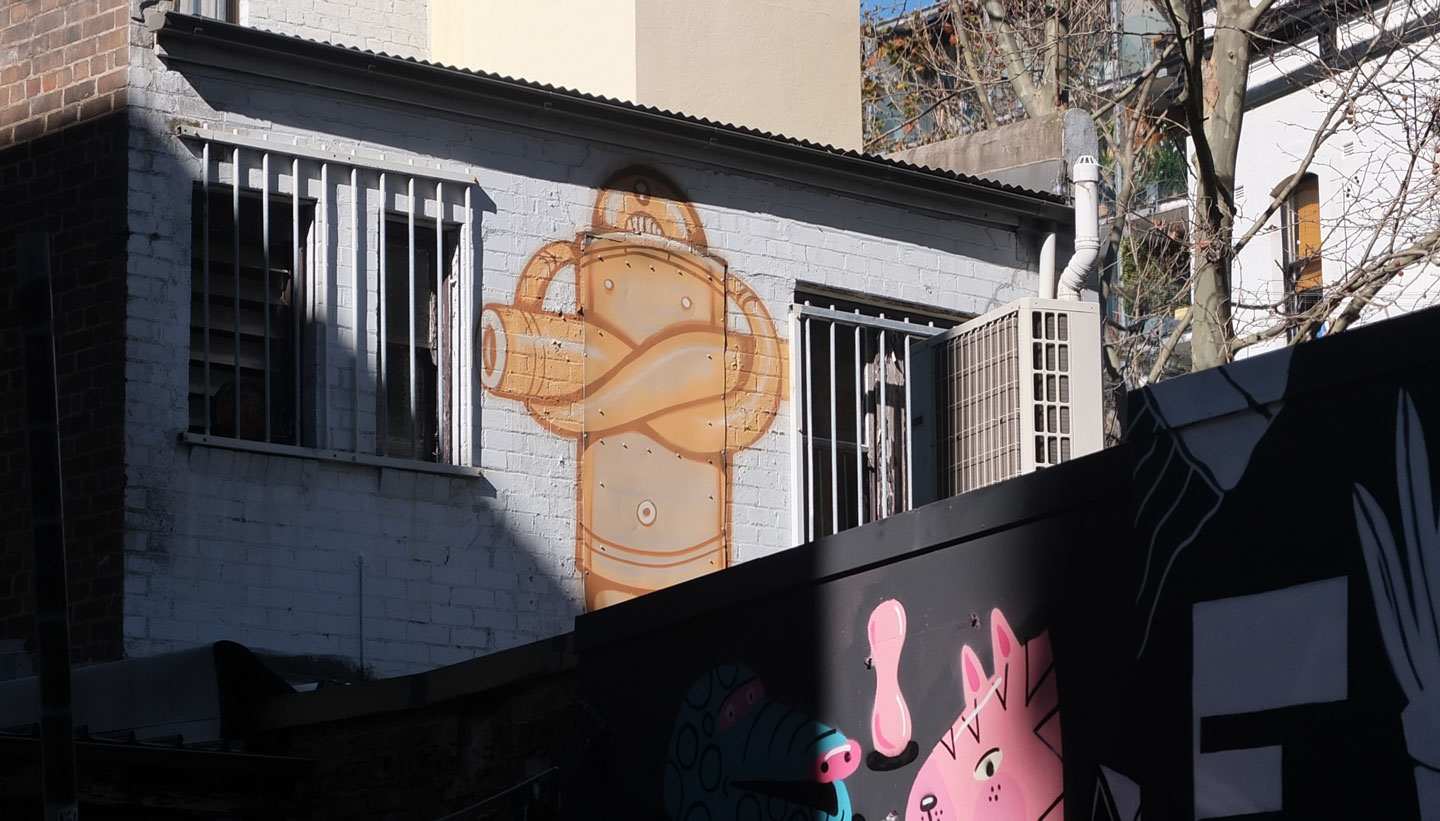 Don’t know this artist but that looks cool. 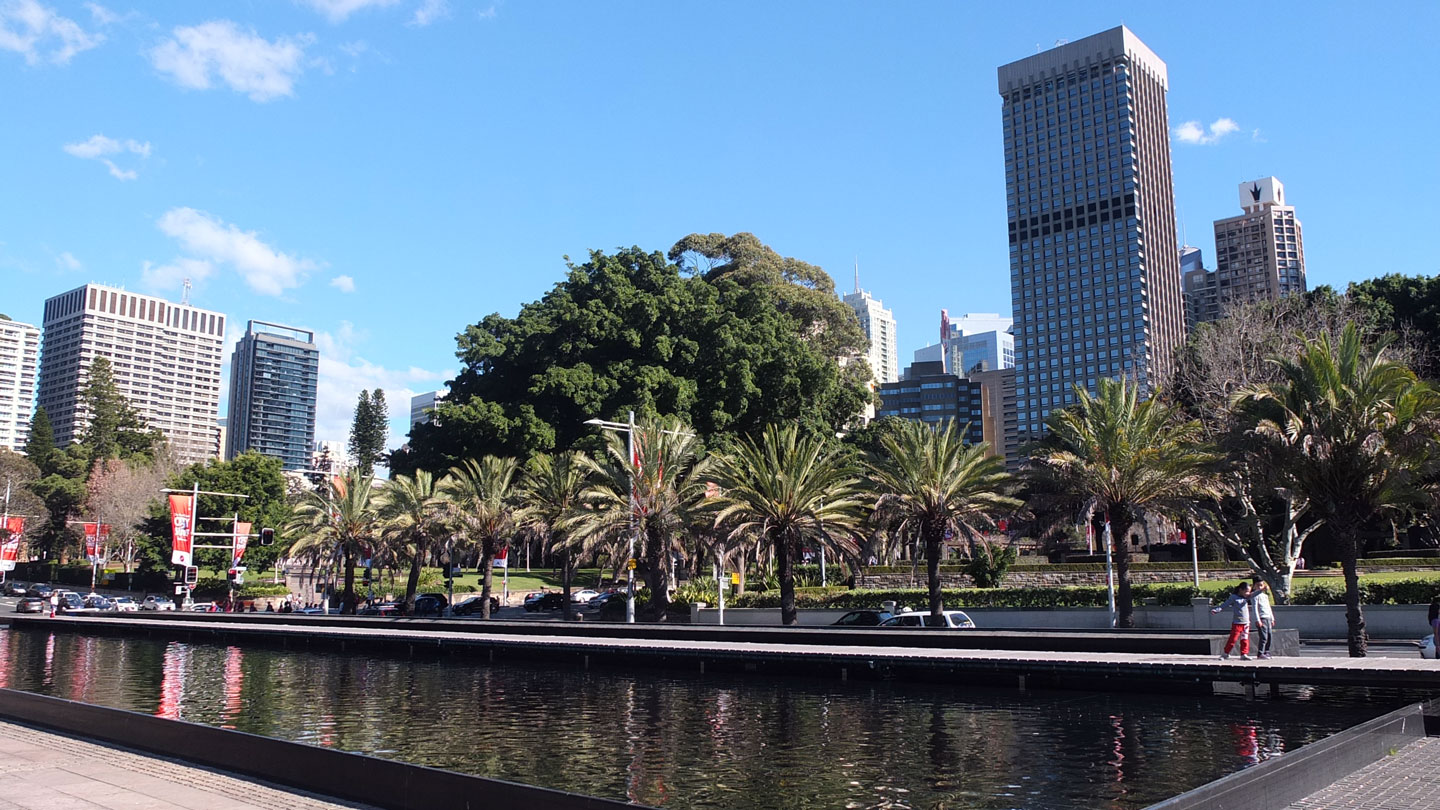 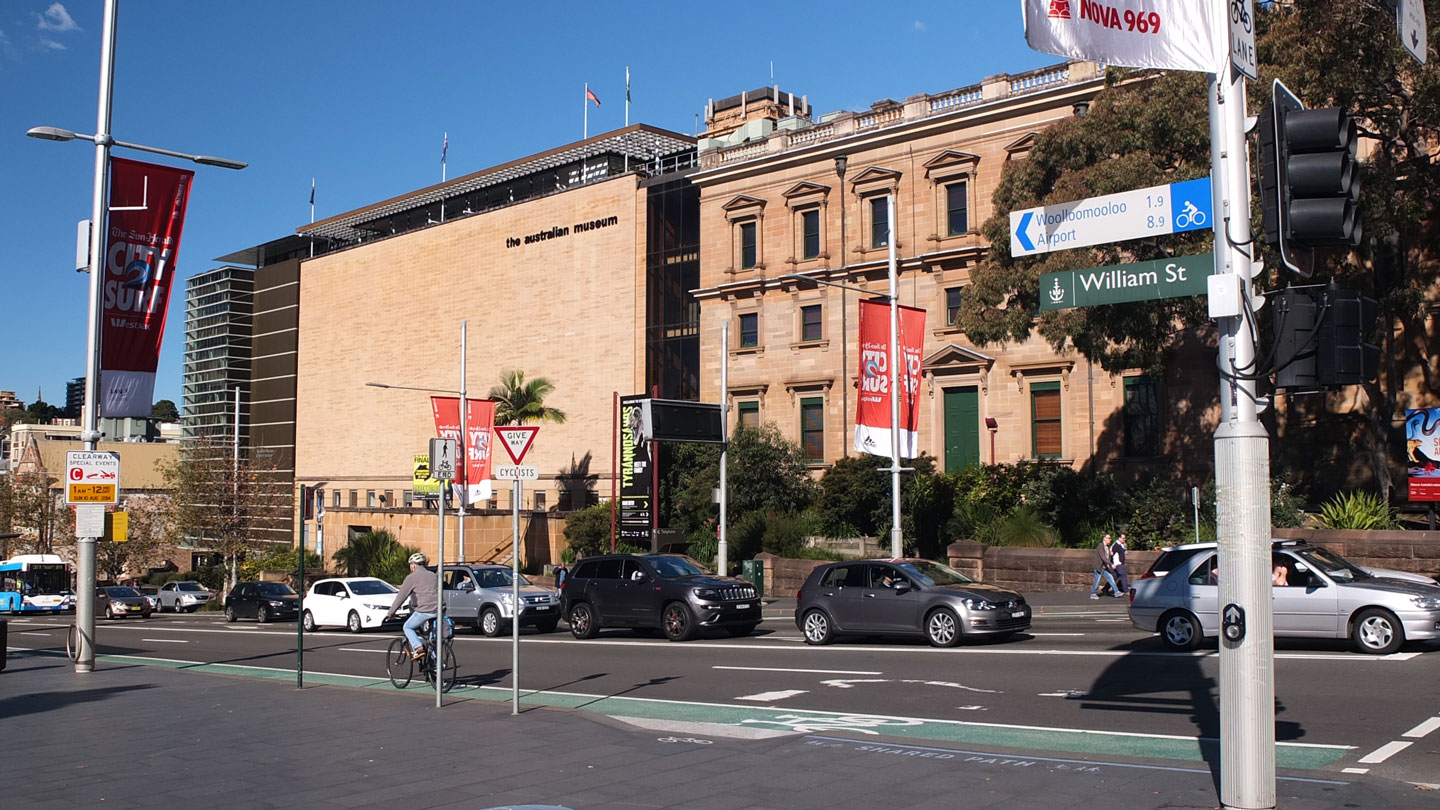 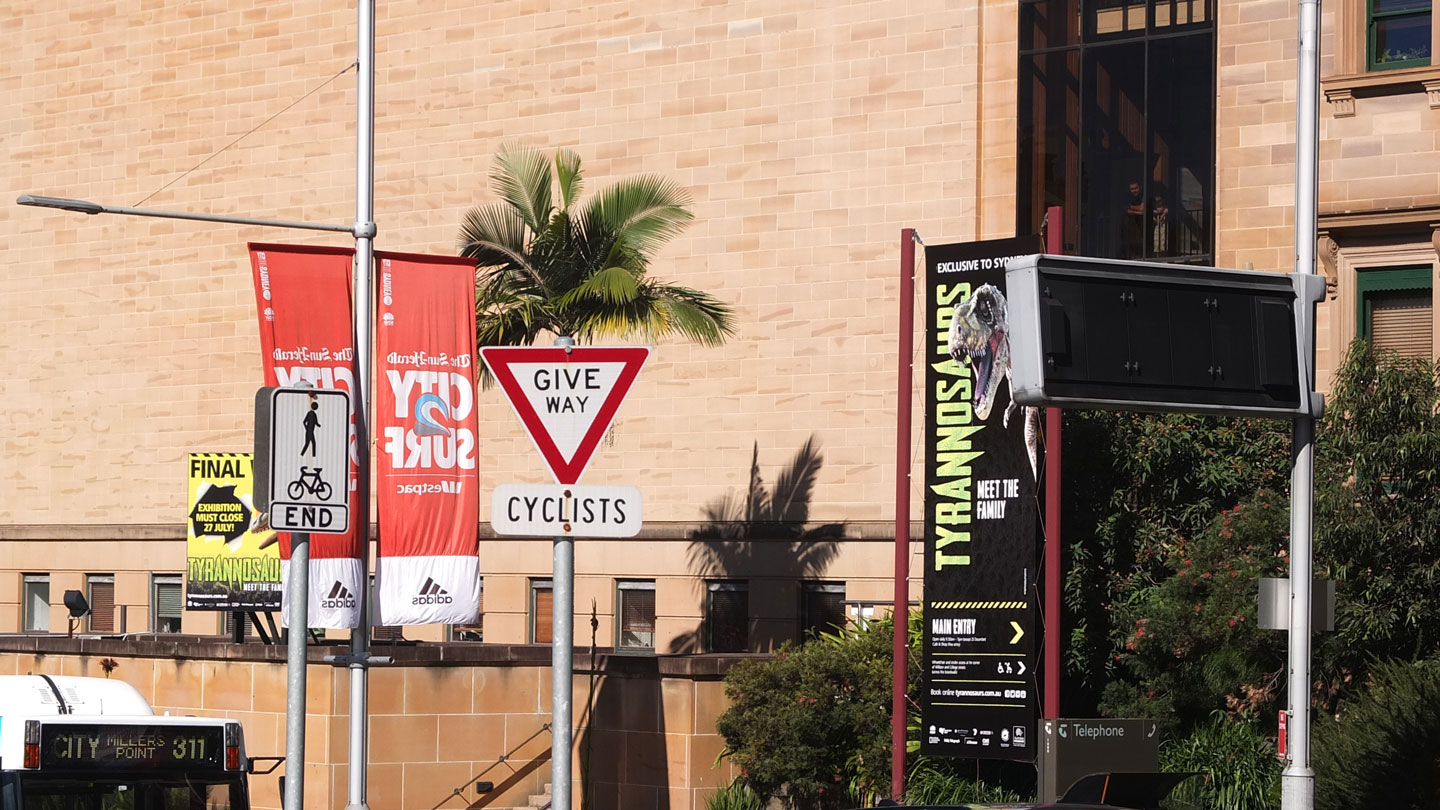 … and a Tyrannosaurs exposition just next to it! William, this is for you! :-) 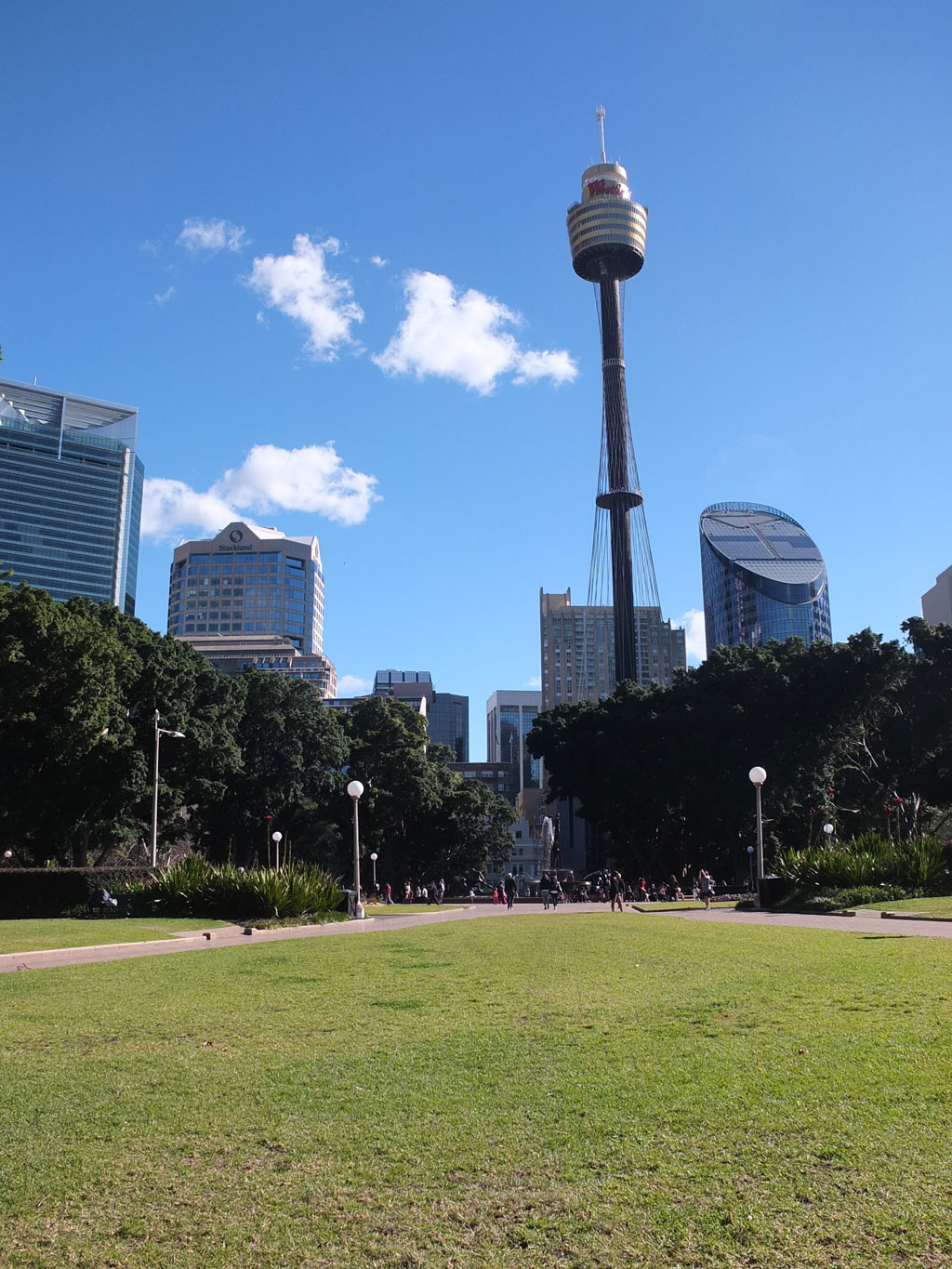 From Hyde park, the Sydney Tower. 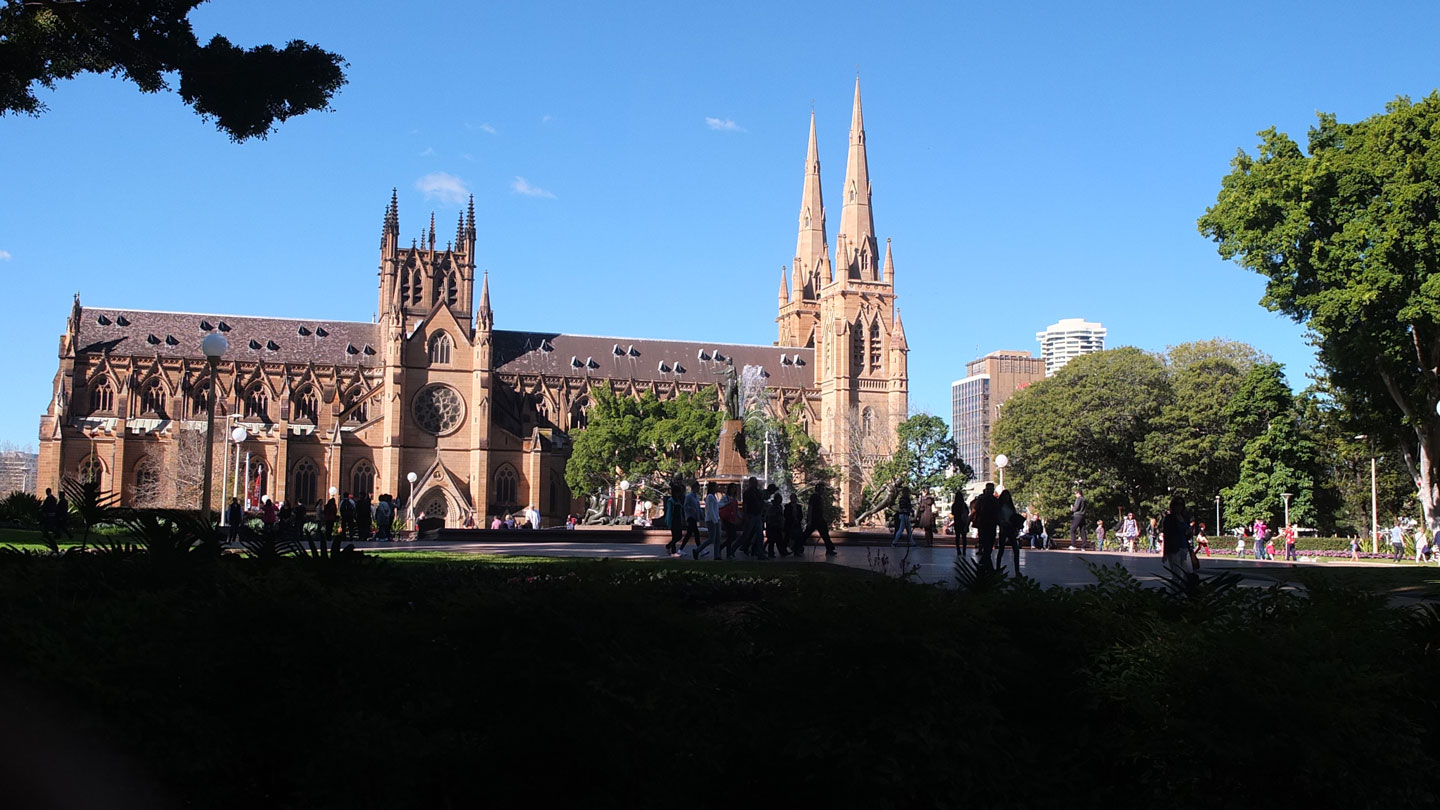 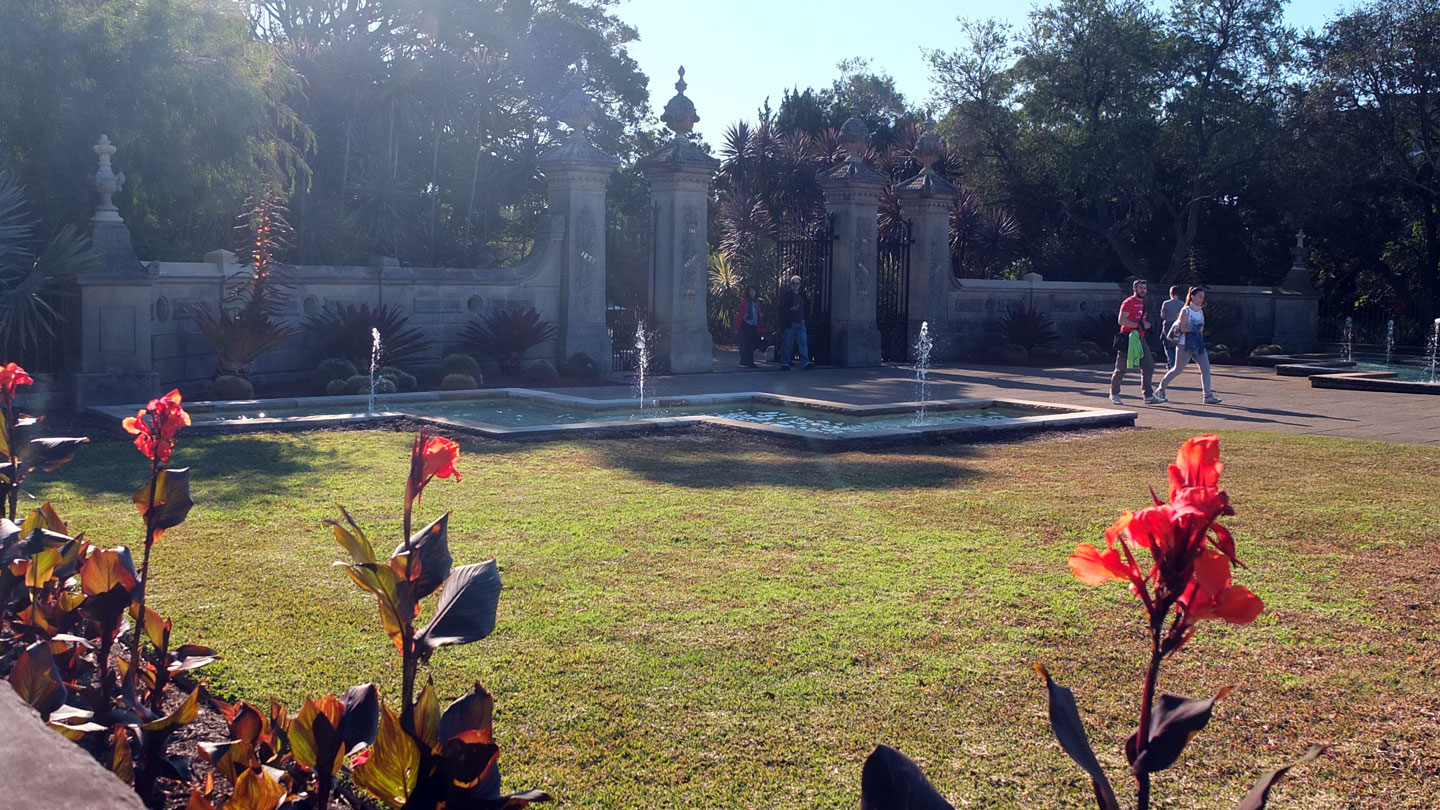 This is the entrance of the Royal Botanic Garden, the second or third biggest public park of Sydney. 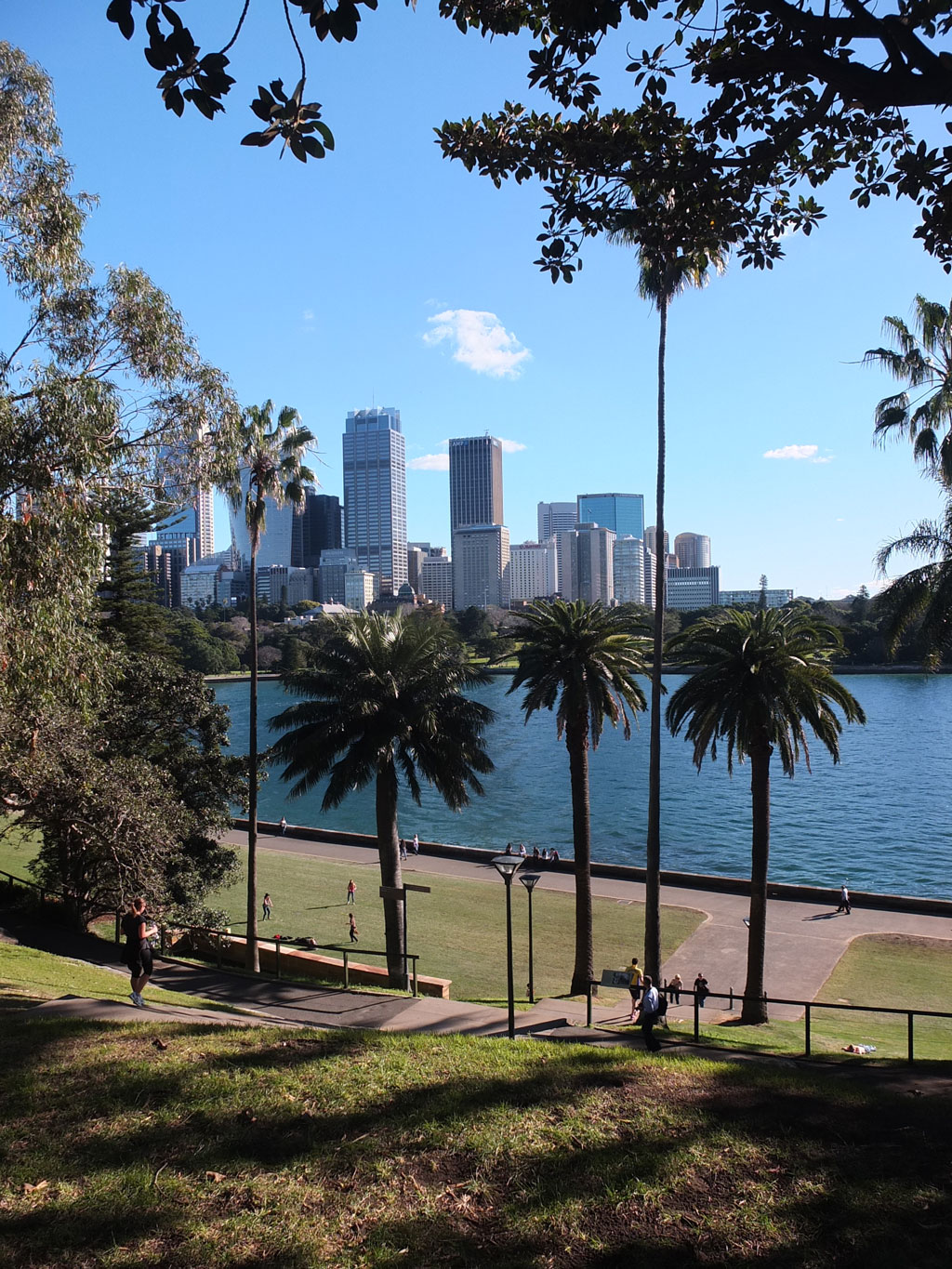 This is sunny, warm and nice. 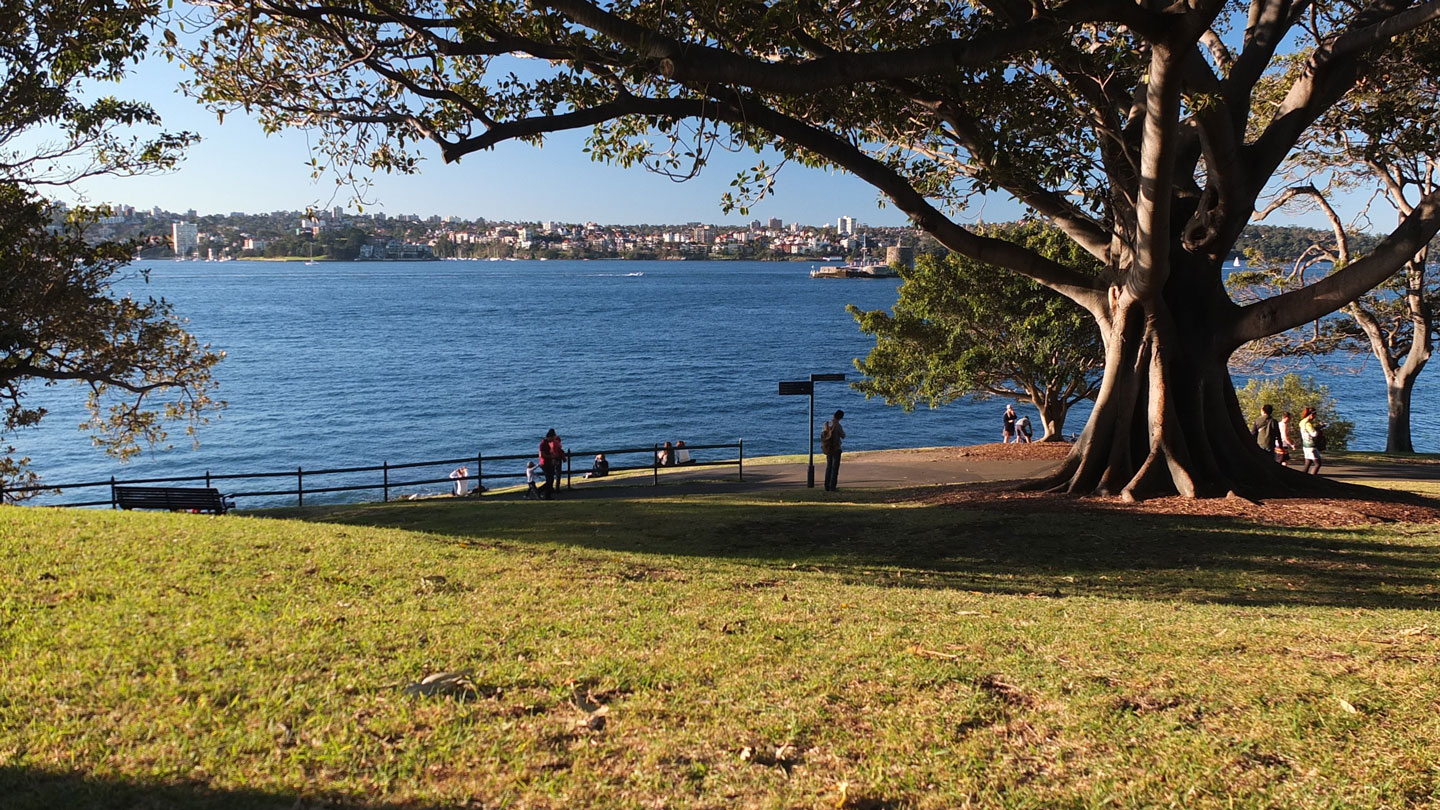 I can’t go further now so let’s have a break. 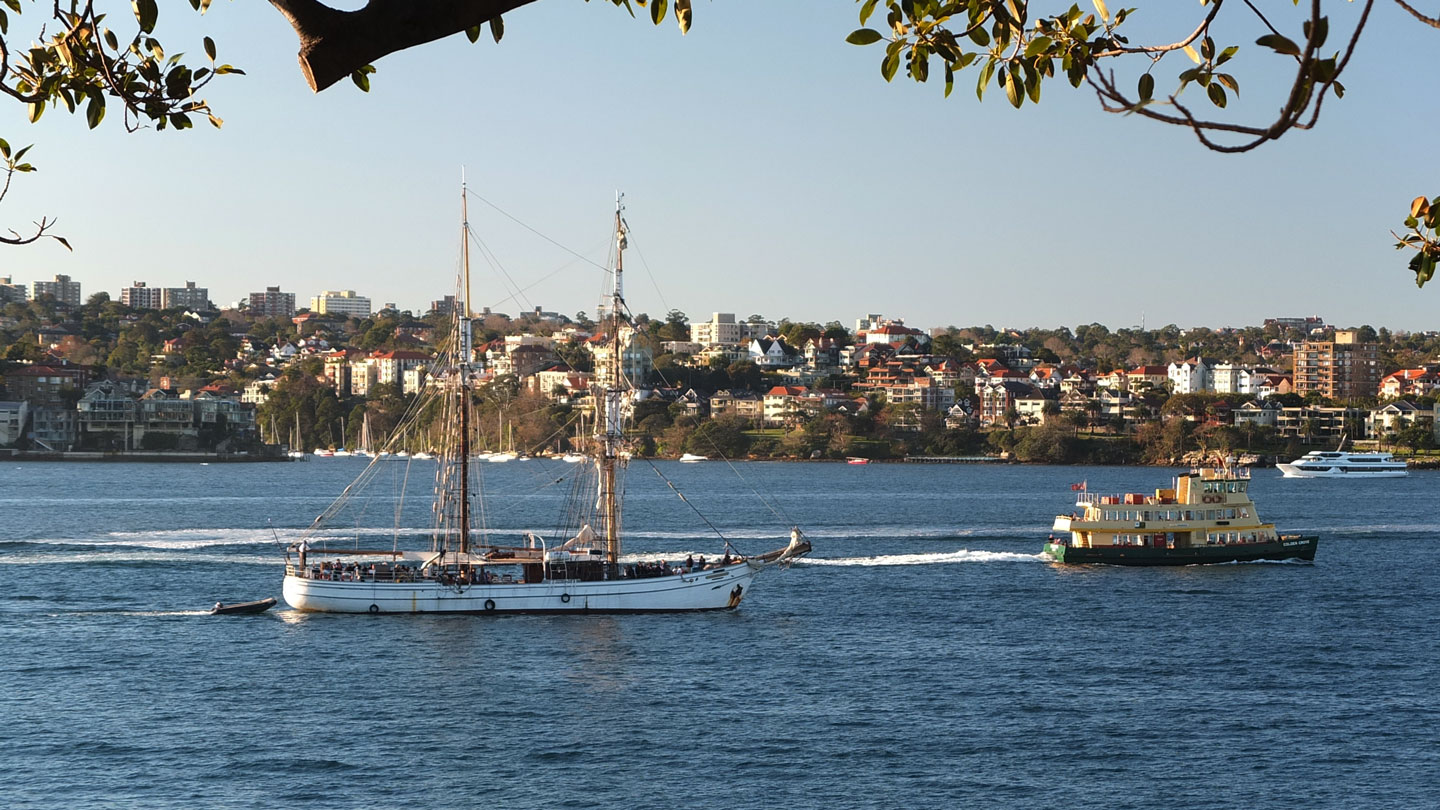 boats. Yes yes they are! incredible isn’t it? 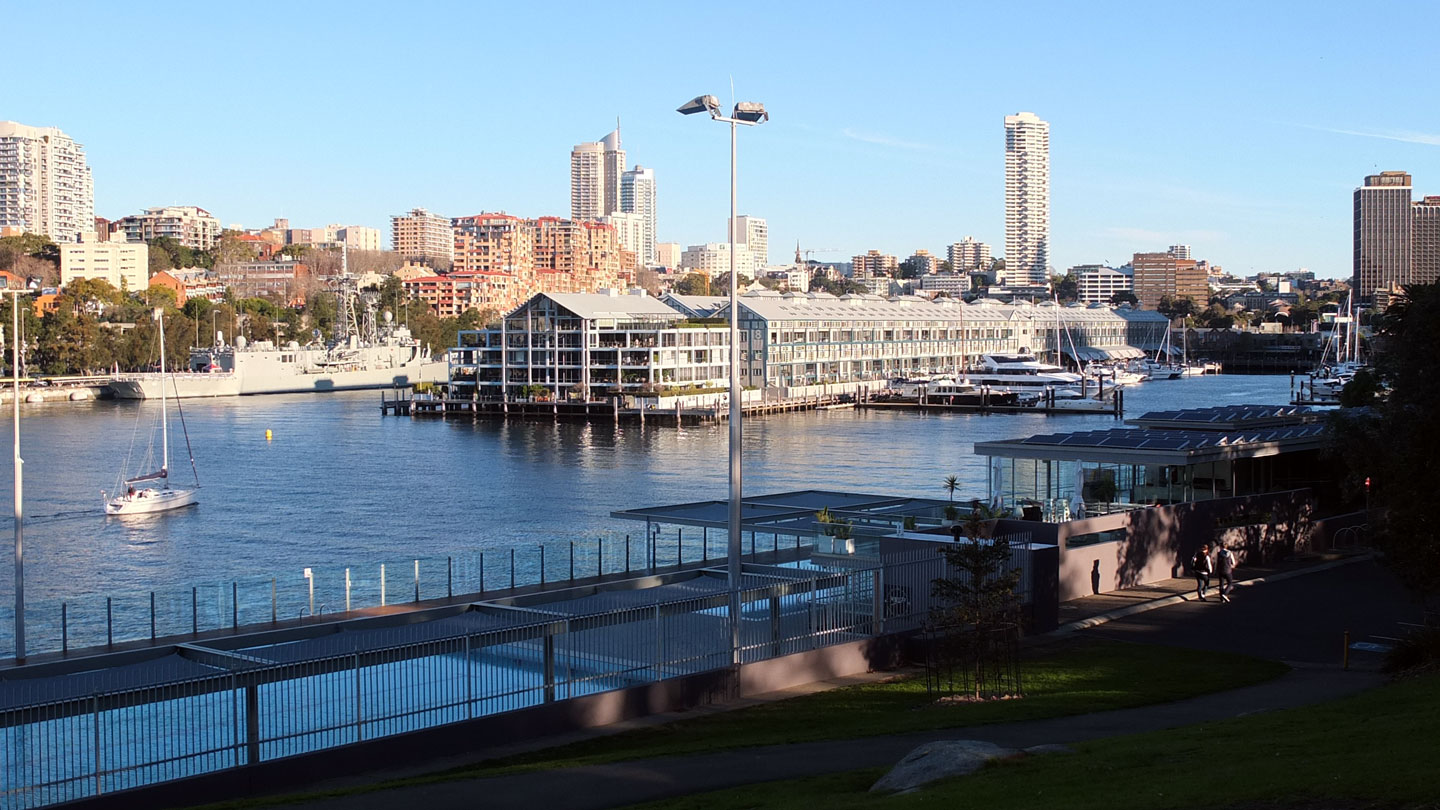 I’m coning back home now cycling along the other side of the park net to Woolloomooloo bay. Great name! Hard to pronounce but great ;-) See ya.

4 thoughts on “Sydney, cycling around the city”