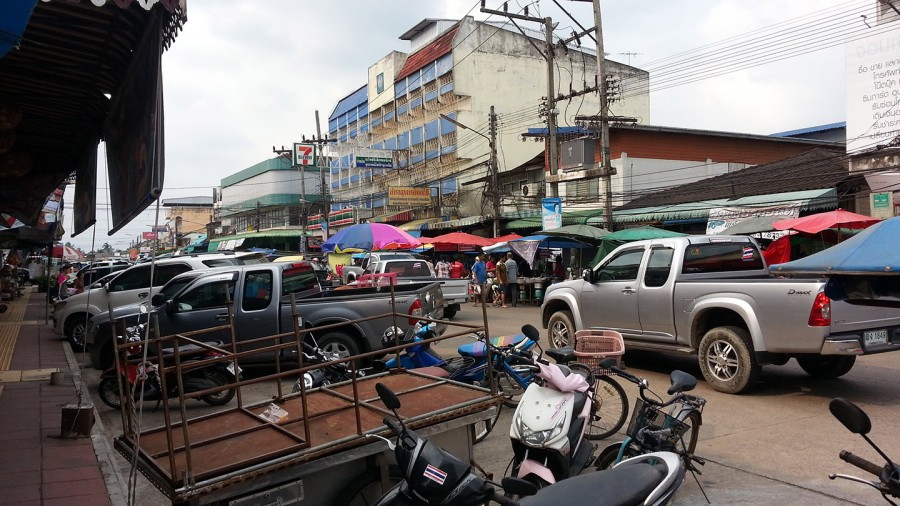 I did not go very far today because I expected to find a place where to fix my hammock. This is my second attempt. Yesterday it did not work at all and today I was not lucky too. People here don’t want to help. I don’t understand why.I will have to sleep on the ground again for few more day as long as I don’t find any better solution. Later this afternoon I met Stephane again. He came back from the lake and said it was wonderful. Maybe I should have visit the place but I was to angry to visit anything. 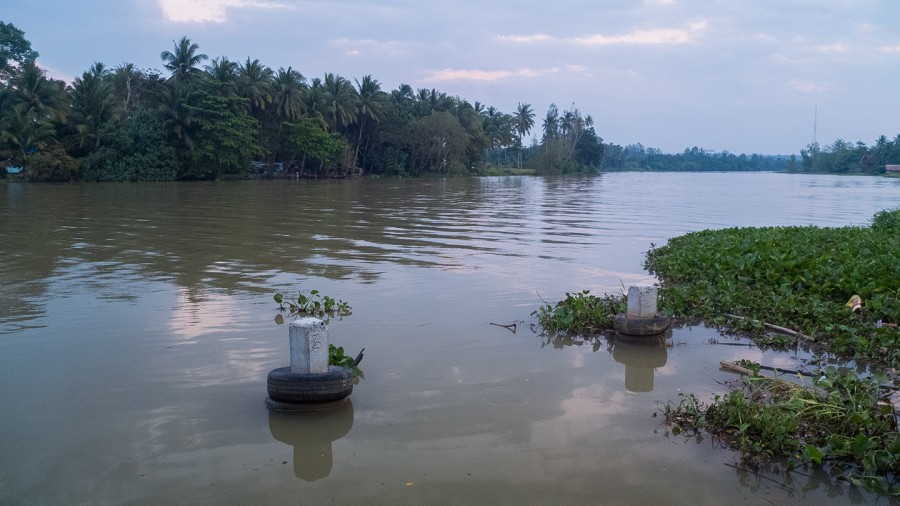 This is the river I’ve been sleeping next to. I didn’t realised that it was a “boat stop”. Very late yesterday night and very early this morning, people moved on a little long-tail boat from the other side of the river bank. 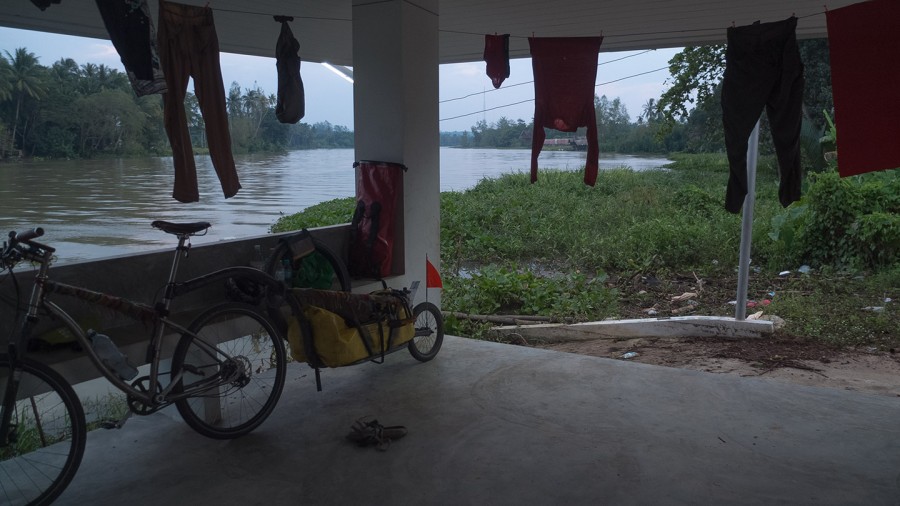 That’s the boat stop, my shelter for the night :-) 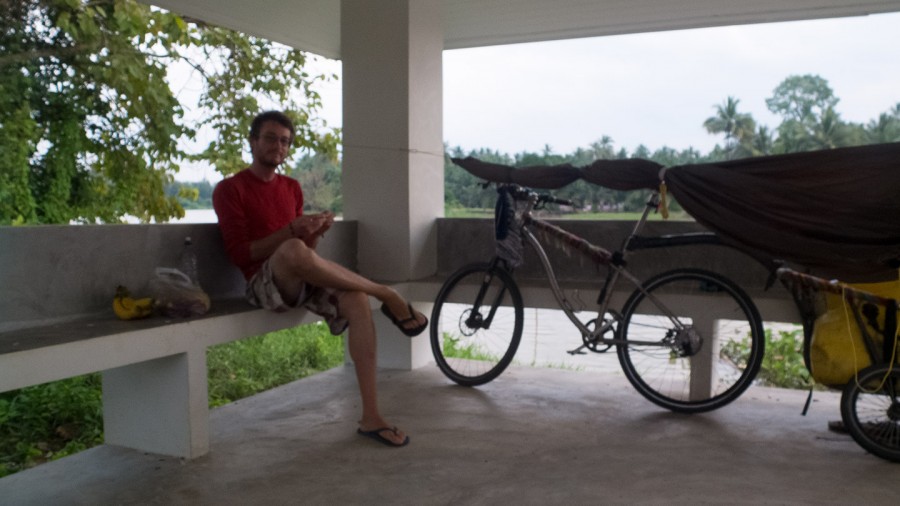 I usually force myself to take pictures like this and this time it’s even blurry haha. 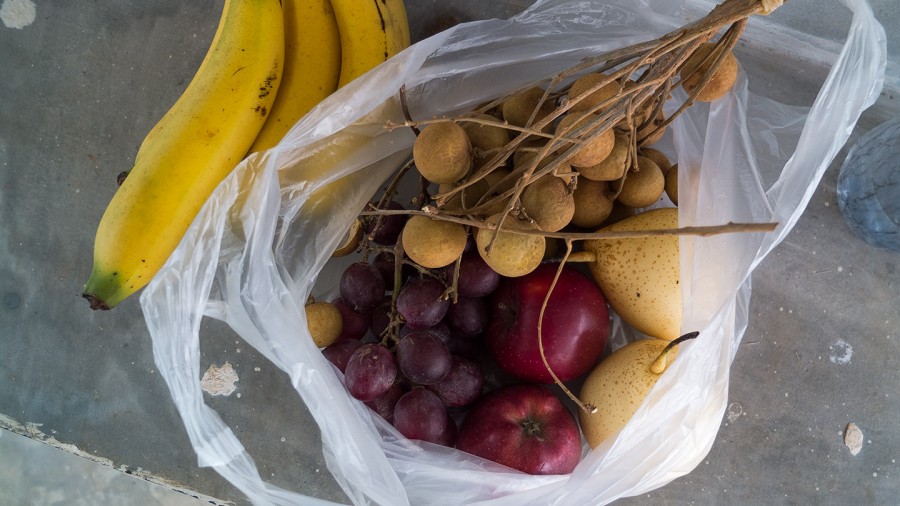 The same guy I met yesterday night with his family came back few minutes ago with a bag full of fruits! Banana, Apple, Pears, grapes and the Longan from yesterday. Wow! Thanks so much! We just said yesterday with Stephane that we did not eat enough fruits these days. Somehow, These people heard us :-) 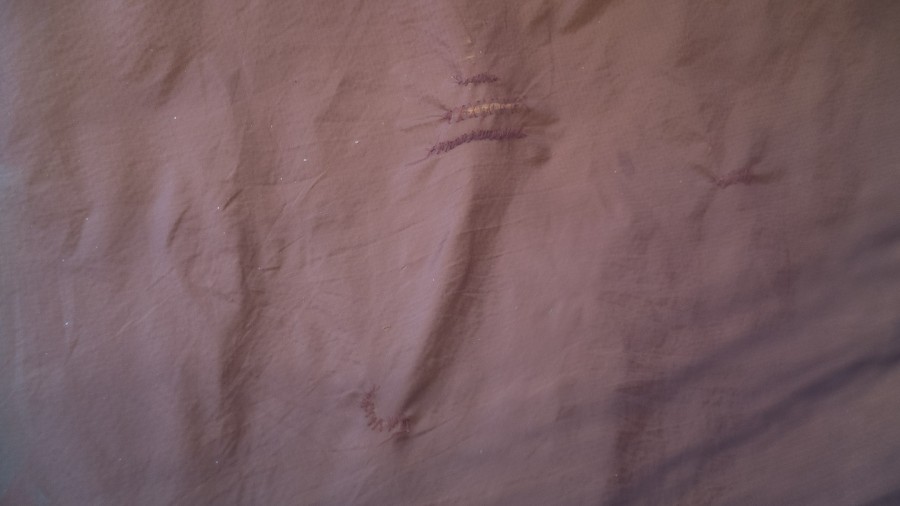 I’ve spent some time fixing my hammock this morning. There is several holes, just where most of my weight is. For sure, this won’t work but at least it keeps the shape right and will make the final repair easier, I hope! 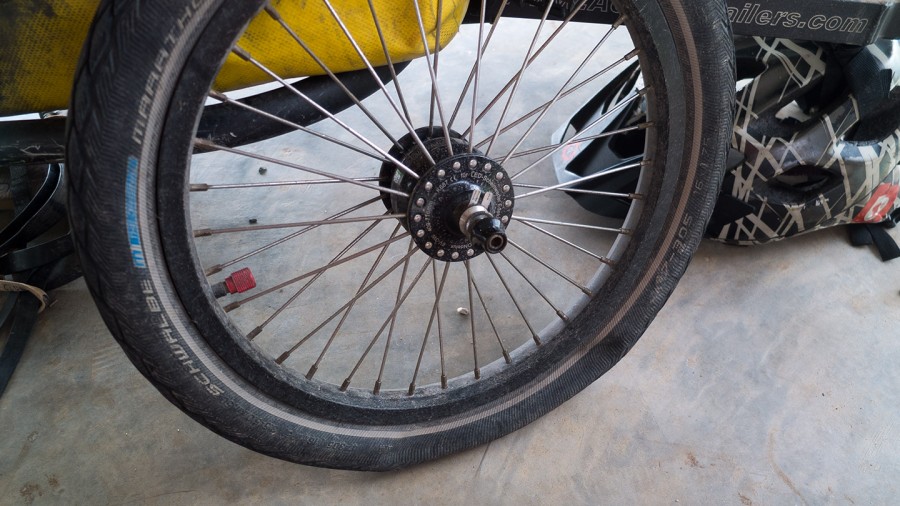 When bad luck starts, how long does it last? I looked down my bike and realised that the trailer’s tire is flat… What’s happening these days?! 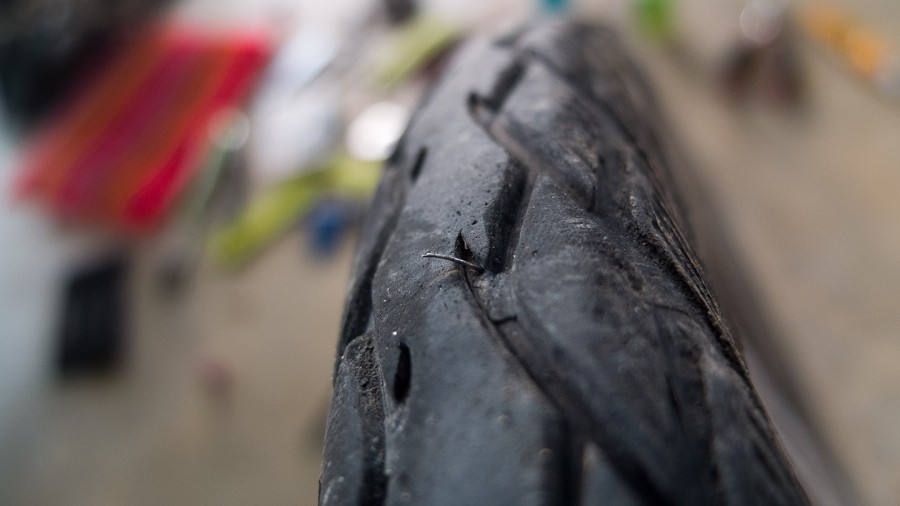 Just a tiny little piece of metal went through… Grrr!

My tire fixed, I started packing my stuff to go back to the city. At same that time, three guys arrived. They were completely drunk. I understood later that they came from the temple where I expected to sleep yesterday night. There is a kind of big party where those three guys drunk too much alcohol. The guys sat down in the shelter with me. One of them spoke barely english so we could communicate, a bit. They were fine and I was going to leave anyway. Then the neighbour came back again with the breakfast this time. He bought some rice, a soup, and some other little and delicious things just for me. I’m not going to die of starvation here haha :-) One of the drunk guy, came suddenly closer to me, such as hazard. “Can I take one?”, pointing at one of those nice fried ball potatoes. “Yes of course”. I wanted to be polite and this food was offered to me. But maybe that was a mistake. The guy was talking to his friend turning a bit his back to me. He started picking up some more potatoes without even looking at me. Then he asked me to take the bag and share with his friends. “ok, ok, no problem”. I accelerated eating my breakfast incase he would even take it and finished packing my belongings. Later, the same drunk guy came to me and asked this time: “Can I take this”. He was pointing the bag full of fruit. That was another mistake because the guy took the whole bag and finished it with his friends! I thought he was going to pick one fruit! Thanks guys… I had some beautiful fruits to share with Stephane and those bloody drunk guys ate every single piece… Fortunately I still have the picture! I could print it and… well, no.

Back in the city, I’ve met someone else and asked where could I find a tailor. I had to use my phone again for translation because no one speaks english here. We walked around the corner and found one place. A young guy was fixing something for a monk. When the monk saw us he (I guess) told the young guy to serve us. My guide (who luckily understood what I want, I think) explained my problem. The young man turned towards his mother (I guess again) who was half asleep in the corner of the shop. She lifted up her head, looked at us, paused a second, then shook her hand saying “no” and came back to sleep. Ok… My temporary guide told me that I would have to come back tomorrow. Hey?! But they are working now! Is it racism or what? I don’t get why, since yesterday, no one wants to help me. I will pay, I swear! 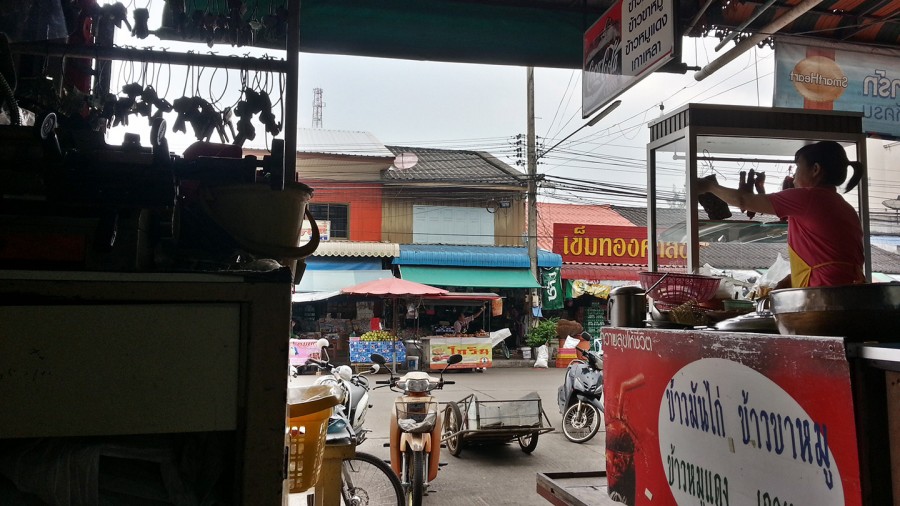 This is already time for lunch. The “guide”, actually motorcycle taxi driver,  I’ve met earlier showed me that place where I can have my lunch. Good on him. This guy was really helpful, at least he tried but I have a broken hammock with me. 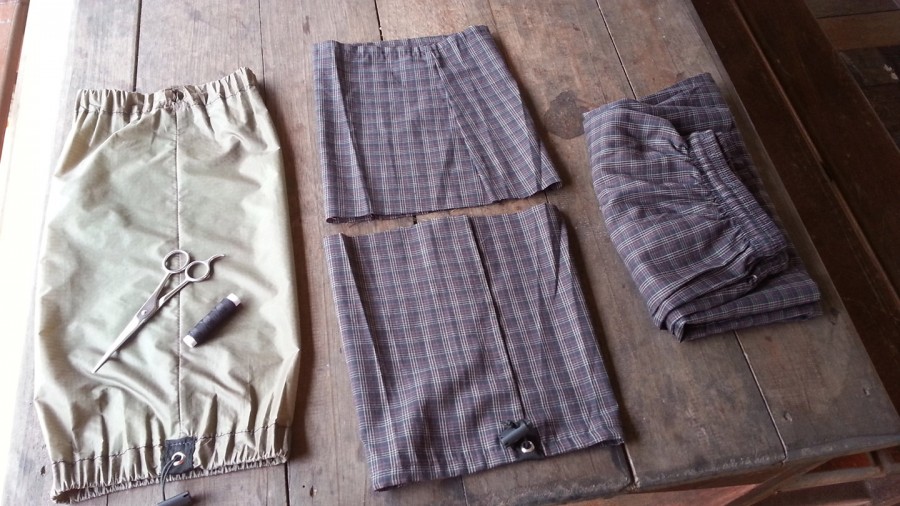 After lunch, I’ve figured it out something. Maybe that woman I saw yesterday did not get what I translated. I will try again. I’ve been to a shop to buy a cheap pant that I will use to make a copy of my actual bag. This way I can show her that she can use the original one to repair the holes in my hammock. No excuse anymore, she will have the right material.

I spent few hours doing that. Finally I came back to the shop and negotiated again. Unfortunately, I did not go further at all (I’m not good for negotiation :-). She kept explaining something I could not understand… I gave up.

Later on, I met Stephane again. We ate something at the local night market and came back to sleep at the same spot. The shelter being too small for too person, we set up our campsite in the park. I could meet the family again, which was nice. The dad turned around our equipement for a while, checking every single details. He did it again when a friend of him arrived. Tonight I will sleep on the ground for the third night but this time it’s soft grass. Fortunately, I kept the footprint of my old tent to be able to set up my hammock on the ground. With the roof, it’s looks like a big tent. I could keep going like this is not as comfortable as my old hammock. Rah! Where I’m going to find somebody who is dare to help me? Only the future knows. See ya!

One thought on “Surat Thani, trying to fix hammock”