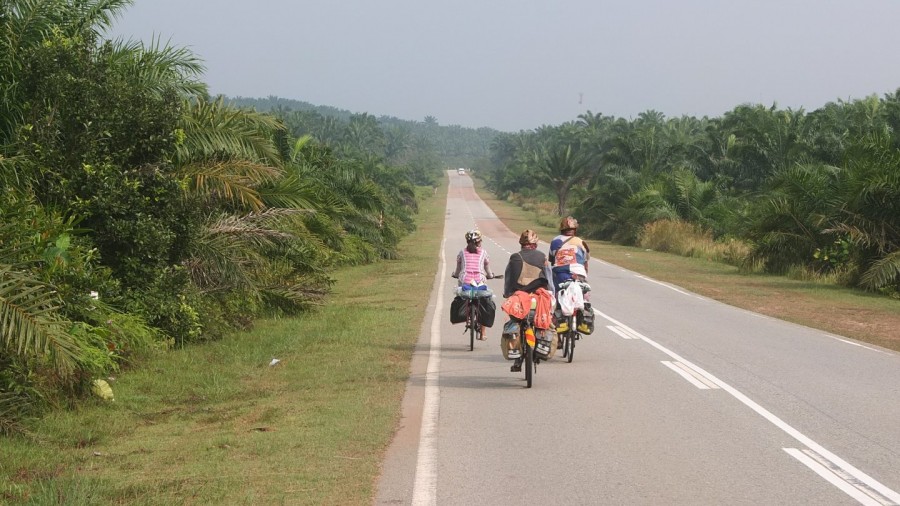 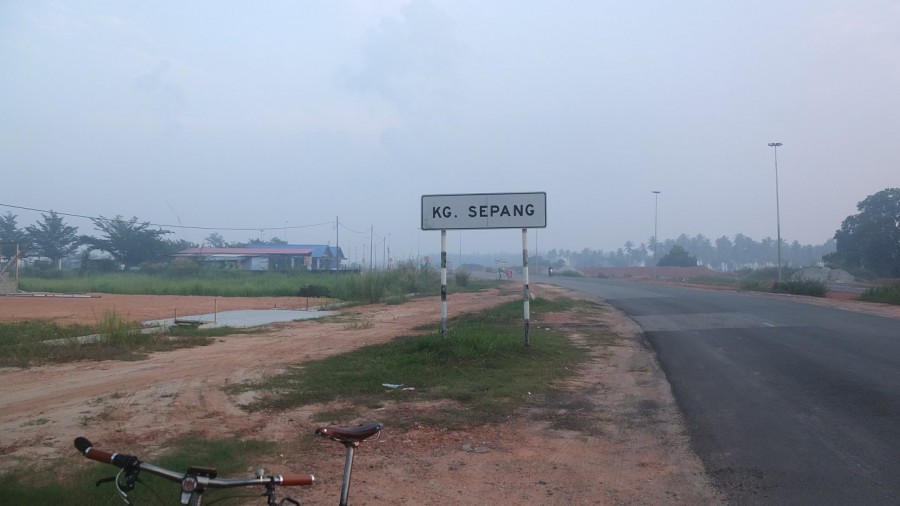 This morning we have done only few kilometres when we have to stop. Arjan has a problem with his back wheel; He has a broken spoke. 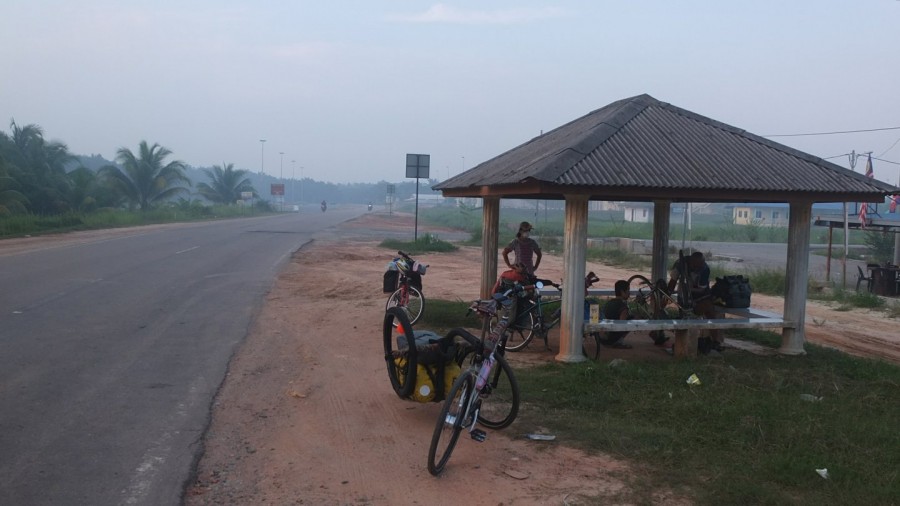 That’s a good time to have a rest, especially for Pee Ta who just start cycling with Arjan and Kate. Arjan said that he has change all his spokes before he started that trip from Thailand. Since then, he has changed a couple already. His bike is not that heavy though so I guess he is not lucky that’s all. 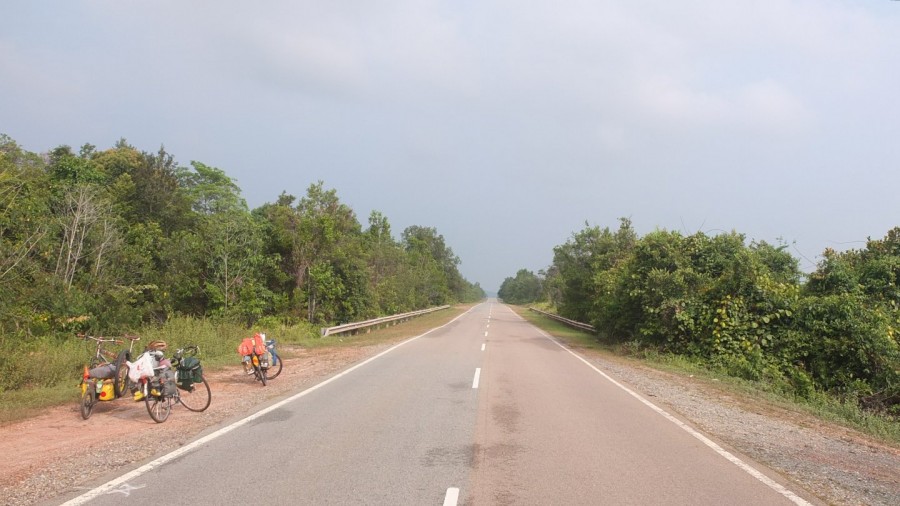 That’s twenty kilometres now from where Arjan fixed his wheel. Let’s have a break under some shade. It’s pretty hot now! Arjan and Kate are looking forward their breakfast but there is not much happening here… We expect to find a place soon. 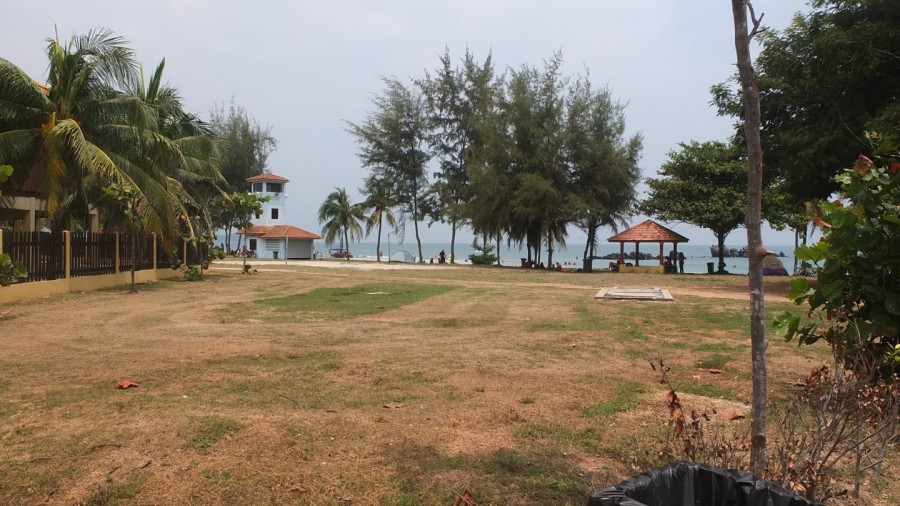 We’ve finally found a street restaurant and have some food. Just when we were ready to go, I’ve realised that one of my tire was flat. I knew what it was. I forgot to protect the inside of the tire after Arjan fixed it. So the thread rubbed against the inner tube and did a hole…. Damn it! Finally ready, for real, we continued cycling until we reached this nice touristy place. All the tourists here are from Malaysia. 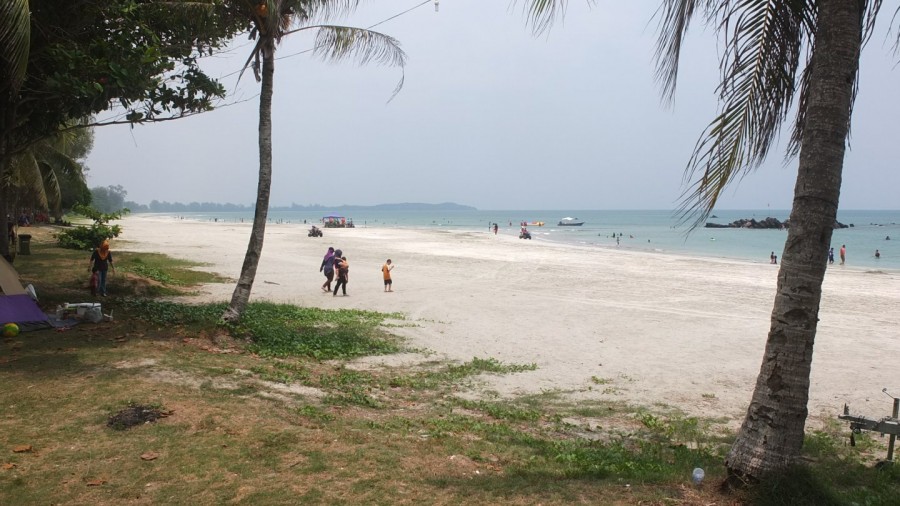 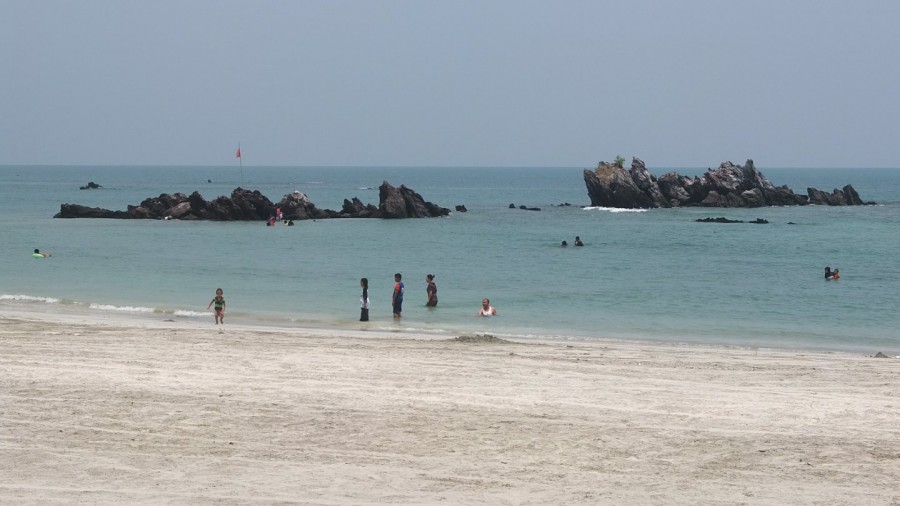 The water is pretty clear too. 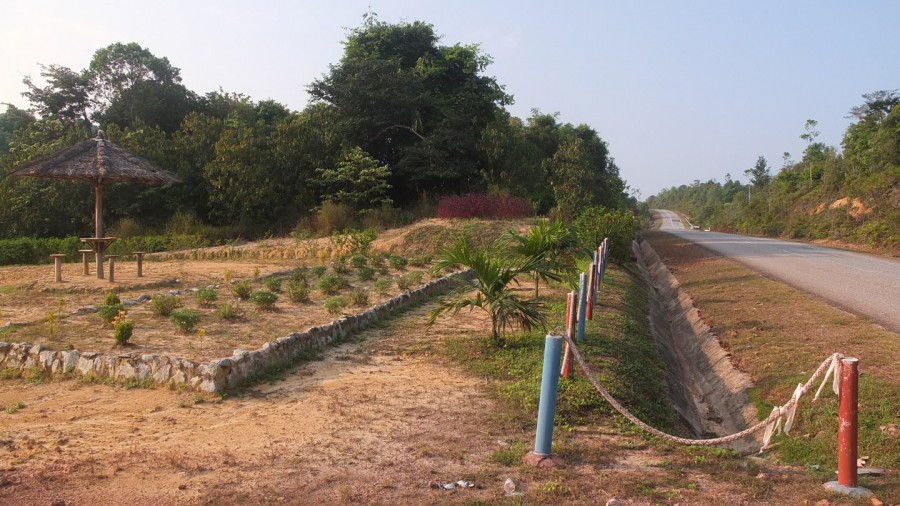 We spent some time there. Arjan and Kate did some manual work, fixing their clothes. Pee Ta and myself had a nap. Around 4pm, we came back on the road and did another 20km or more until we’ve found a place where to sleep. There was a car park and lots of space with trees. The place is situated next to the see. Unfortunately the area was covered with rubbish so our first mission was to clean our campground. The night arrived very quickly and soon after our campground was set up we would be all asleep. That was a big second day! Pee Ta your are strong!