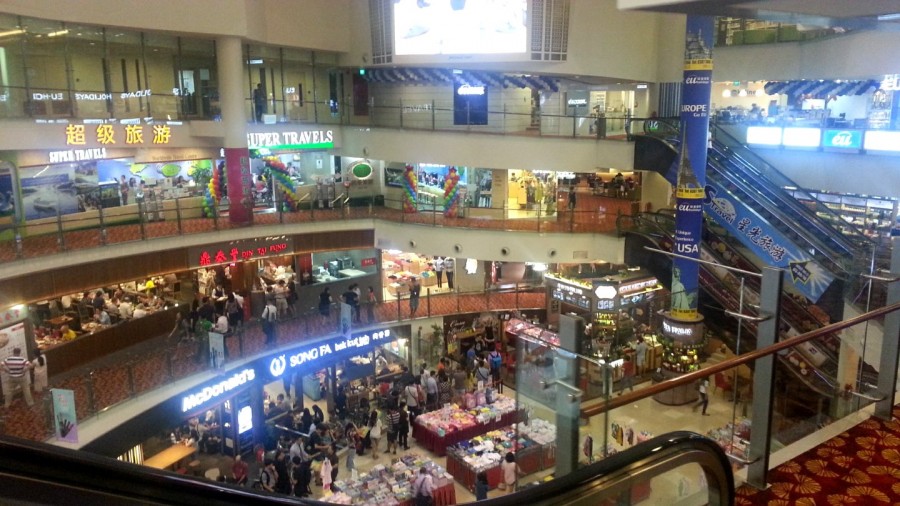 As we agreed with David, I would leave his house today but I want to stay few more days in Singapore. First, I want to finish updating my blog. Second, I might be able to see Nicole, Jose and Jean-Louis again! We kept in touch since we met in Darwin and knew we could see each other in Singapore. They are sailing, I’m cycling. When I arrived in Singapore they told me they would be here in about two weeks. This is why I’ve decided to stay a bit longer here and why I met David too. If I knew I would be late to see them I would have continued my trip right through Singapore and would have spend only few days here. I stayed at David’s place until 6pm, then we said goodbye. This is very strange to be by myself once again. Every time when this happens, I need few days to get used to it again. I had good time with David and Vic. And their respective stories are quite interesting and very different.

On that picture, I’m now at the national library in Chinatown. So far this is the best one I found. I can lock my bike downstairs. I think it’s safe because there is lots of people walking around. There is a cheap food center within the complex. The only thing is it’s 10km away from the beach where I sleep. 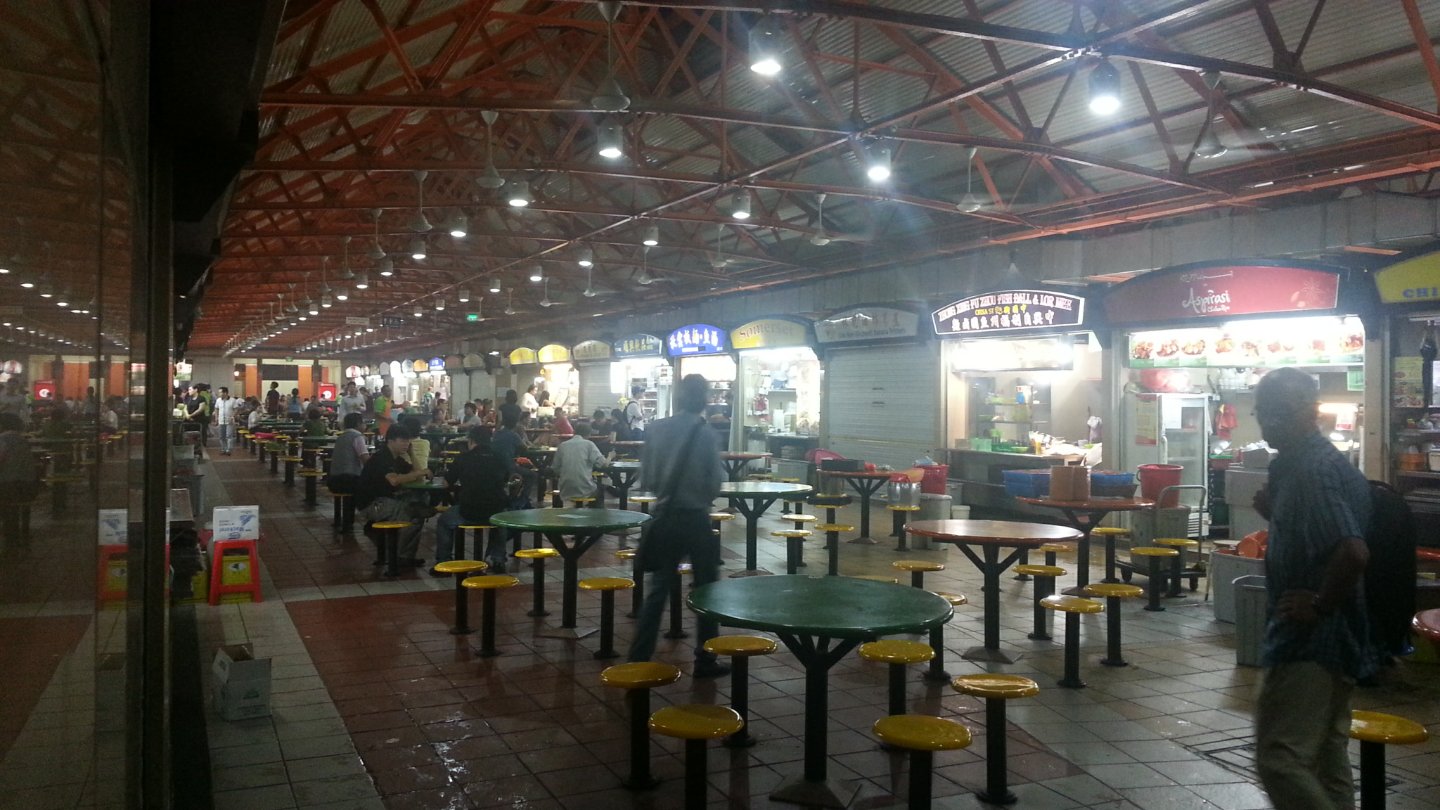 Nicole and Jose contacted me when I was at the library. We will meet here, at the Maxwell food centre, another cheap place in SIngapore. I arrived here in time and was not sure if I was on the right spot until I saw Jean-Louis (on the right hand side of the picture). We look at each other, hesitated a second and realised that we knew each other haha :-) Nicole and Jose should be here in few minutes! That’s cool that we can see each other three month later in a different place :-) 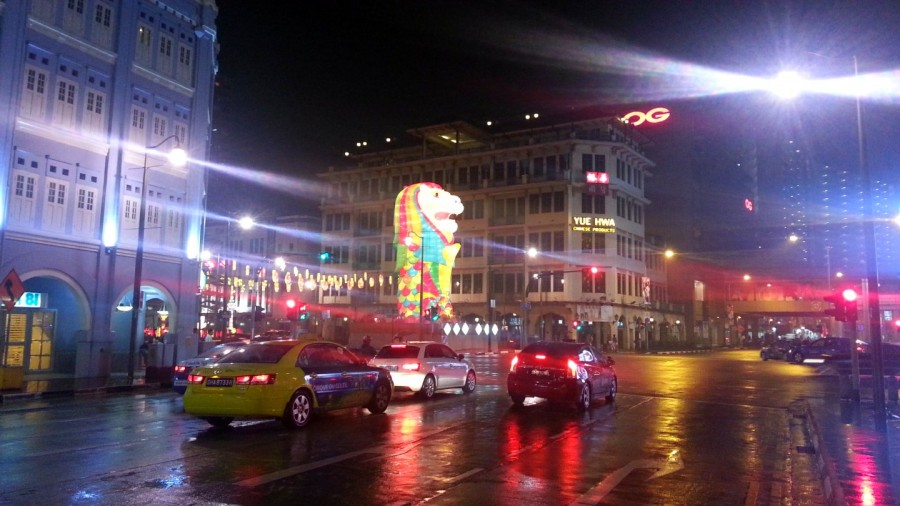 The evening passed very quickly. We had a nice dinner together. Nicole and Jose gave me their ticket for a bus tour. It’s operational for 24 hours and they won’t use it tomorrow. So, I have until 16:30 tomorrow to get in the bus. These buses are the rooftop ones, I think. With that haze, It’s going to be a grey landscape but I will do it. Thanks guys for this evening and see you later in Thailand maybe haha :-) 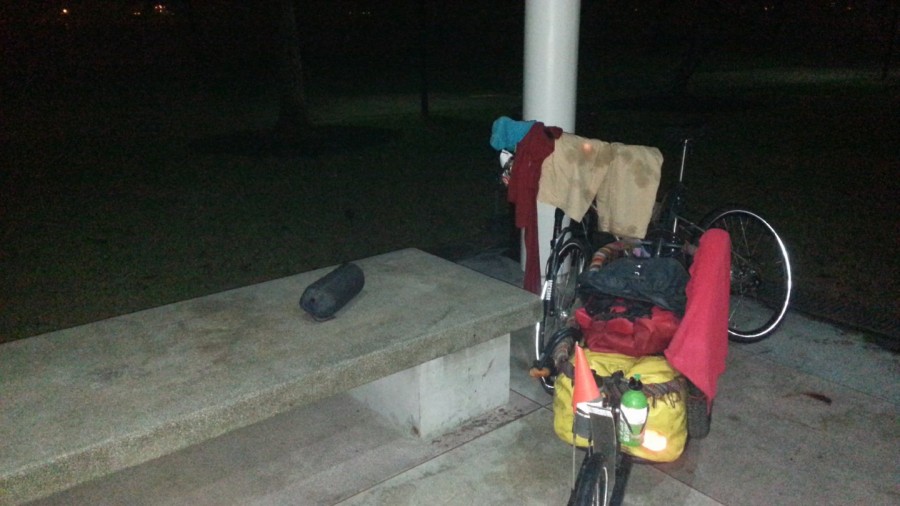 Here I am again, at the East Coast Beach. I’ve noticed when I got out of the library that it rain during this afternoon. Tonight I’m lazy to set up the tarp so I will try something else. Along the park there is lots of shelters with benches like this one. Since I’m coming here, I’ve seen people sleeping on them. Apparently, we don’t need any permit to sleep here but there is a sign that says it’s not allowed. Well, if others do it, I can try. The grey bag on the bench is my mattrees, my blanket and my night mask :-) 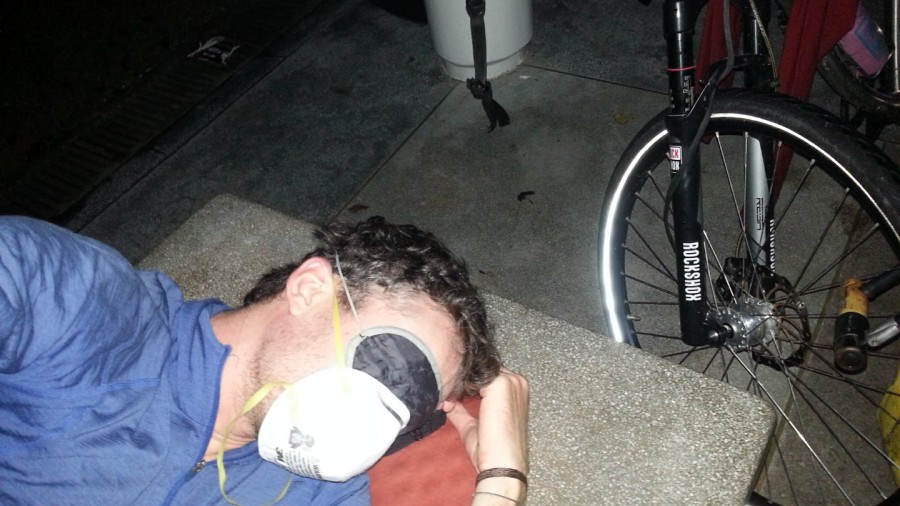 And because of the haze, I will try to sleep like this tonight. I don’t know if I will make it… Good night!

4 thoughts on “Singapore, being homeless again :-)”