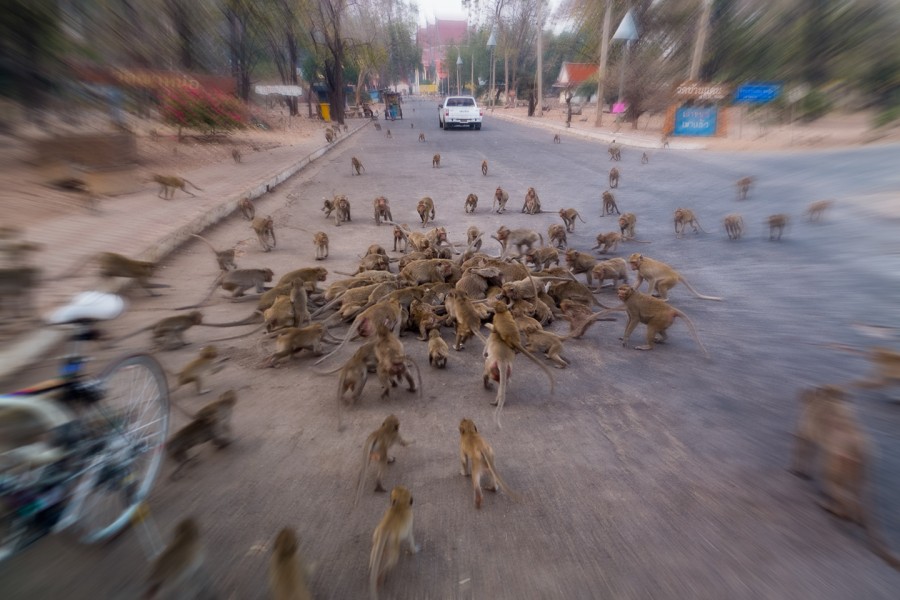 I’ve never seen that much monkeys concentrated at the same place. As planned, around 4pm, we cycled towards those spiky mountains we have seen two days ago with Pita. Kondhin chose the highway to get there. The place is not really far from Salok Bat. after the “monkey show” we watch the bat’s parade and finally came back “home”. 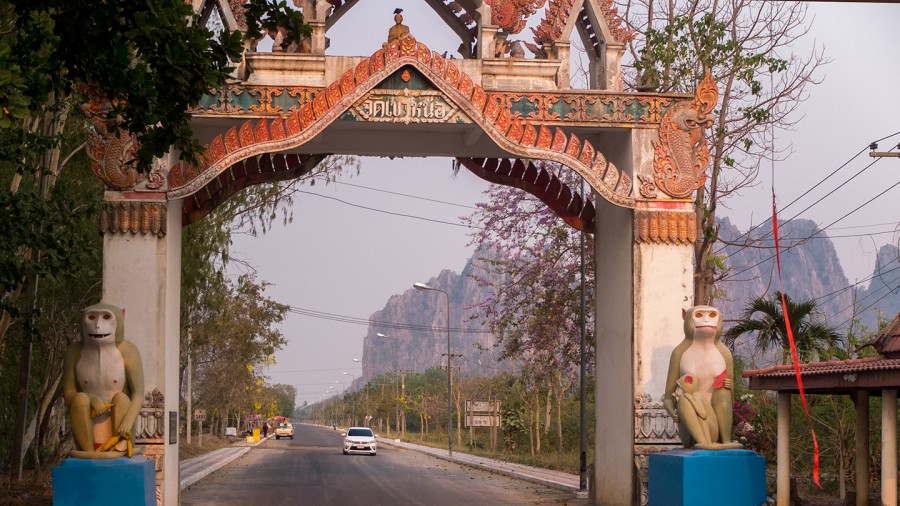 After maybe 20 minutes cycling, we are at the doorstep of the bats and monkeys domain. 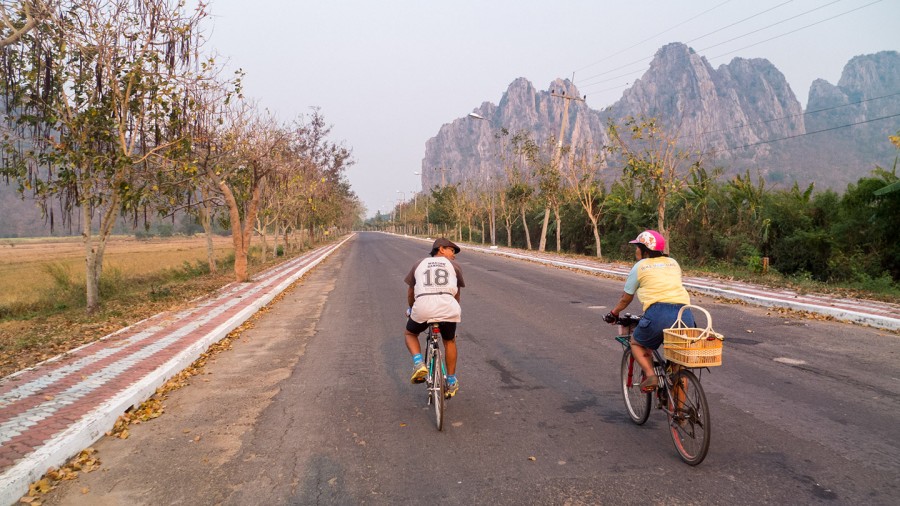 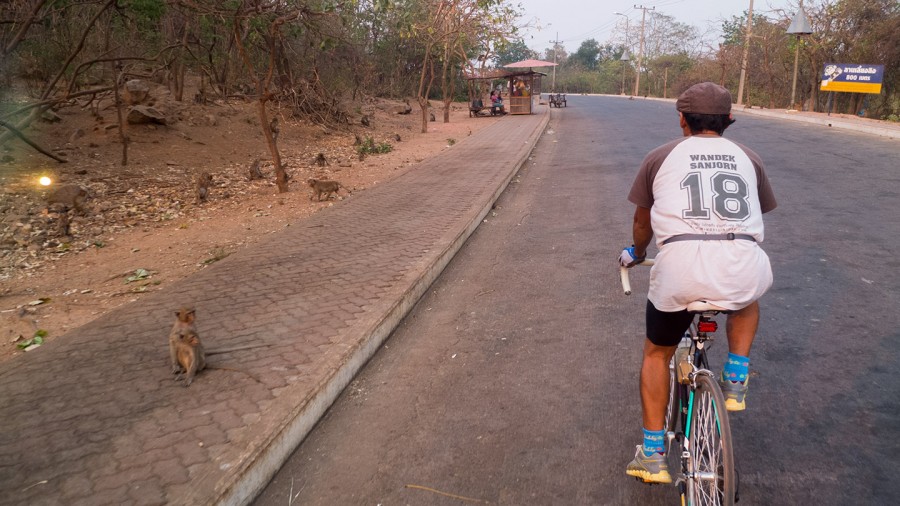 There is quite a few monkeys here… 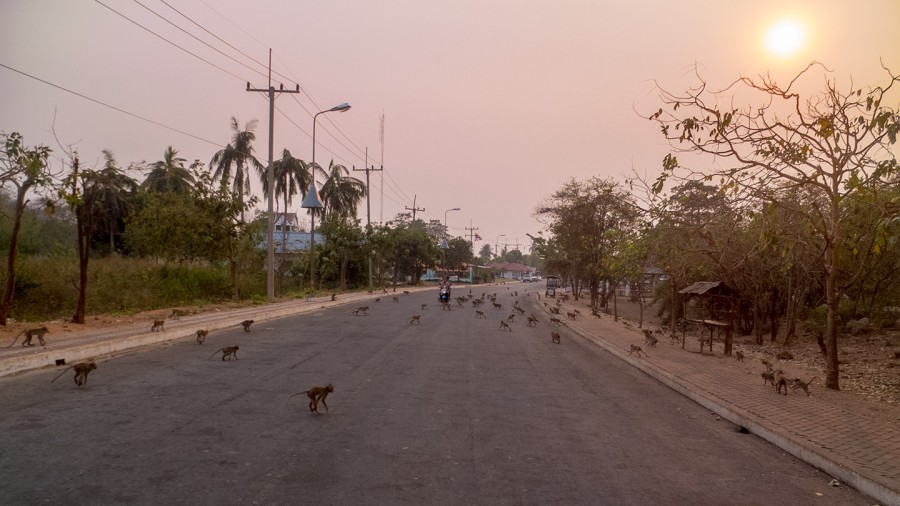 … and even more behind us now. 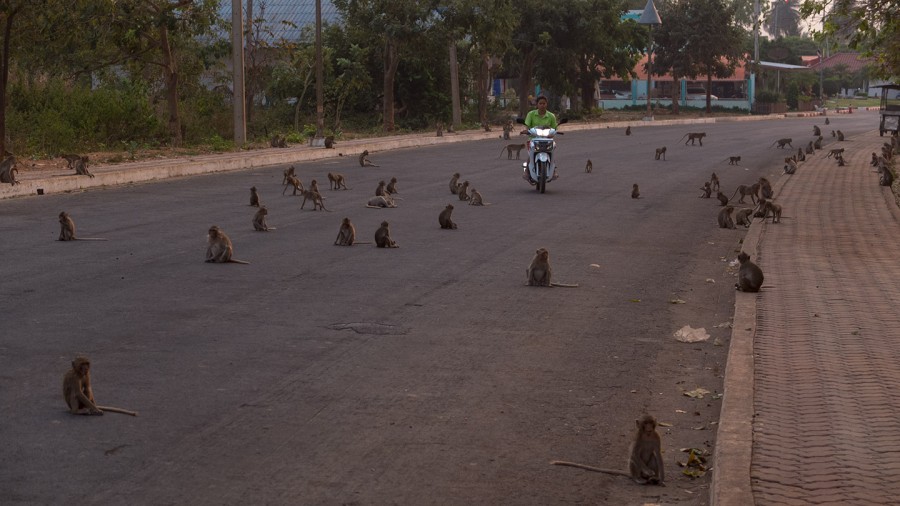 Vehicles cannot drive very quickly here. Monkeys here are absolutely not afroad of humans so WE have to turn around them. 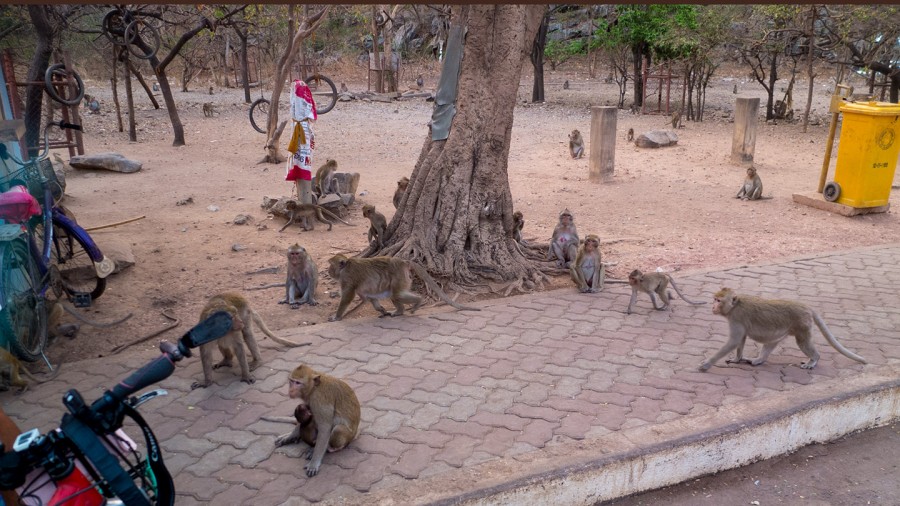 Along the way there is lots of tiny shops who sell food, food for the monkeys! like peanuts, popcorn and other stuff. They must keep to food confined in a cage and open the door very carefully. One mistake and the owner won’t make any money today! 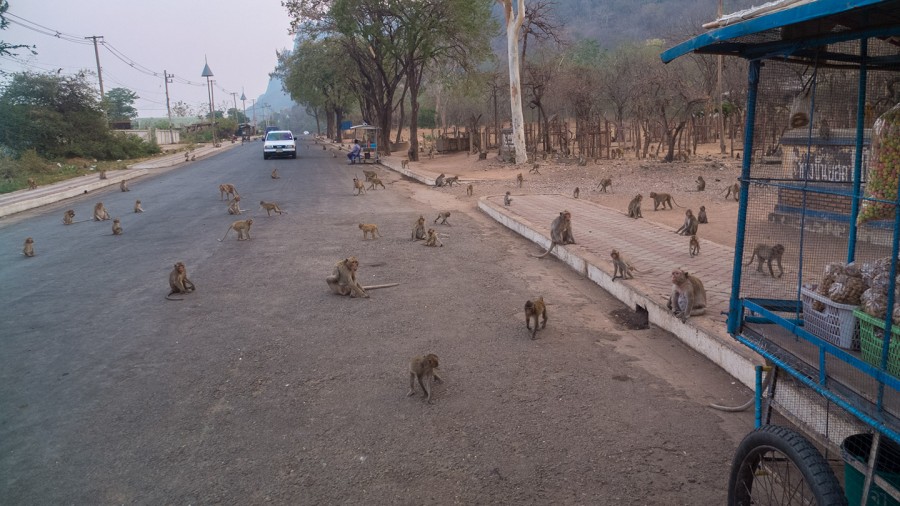 I don’t really like this. One more time, we interact and unbalanced the nature. The monkeys don’t have to hunt anymore or eat what they eat normally. They just wait for tourist to come to give them their popcorn. They are assisted like many people part of the societies. We control those monkeys and we enjoy like government do with normal people. I’m only watching.

You literally smash a peanut’s (plastic, grr…) bag on the ground and instantly, dozen of monkeys run to it, fight and shout. People think it’s funny… well… 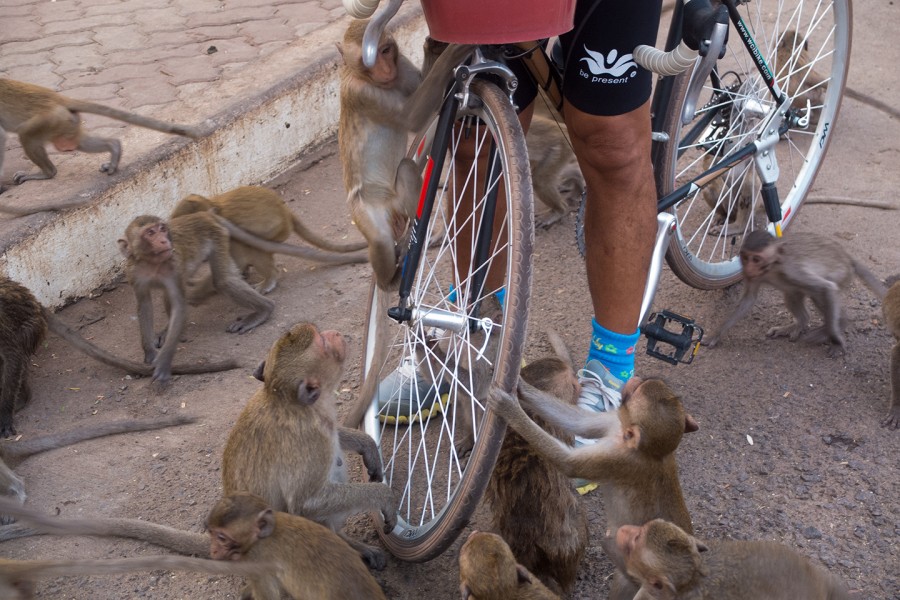 Monkeys can be aggressive too. They got four hands, are very agile, can be strong. Nope, I don’t like to play with them.

Crazy monkeys! Look how they run! 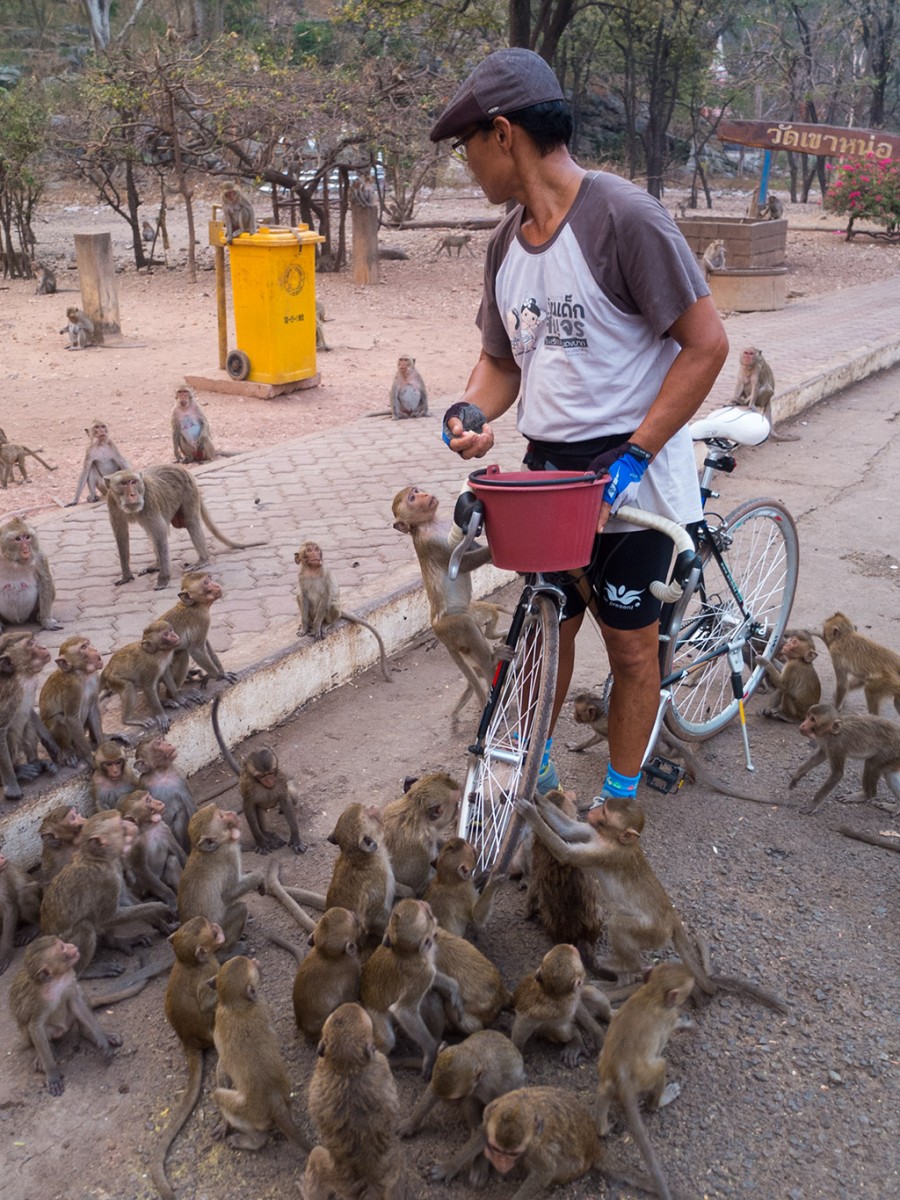 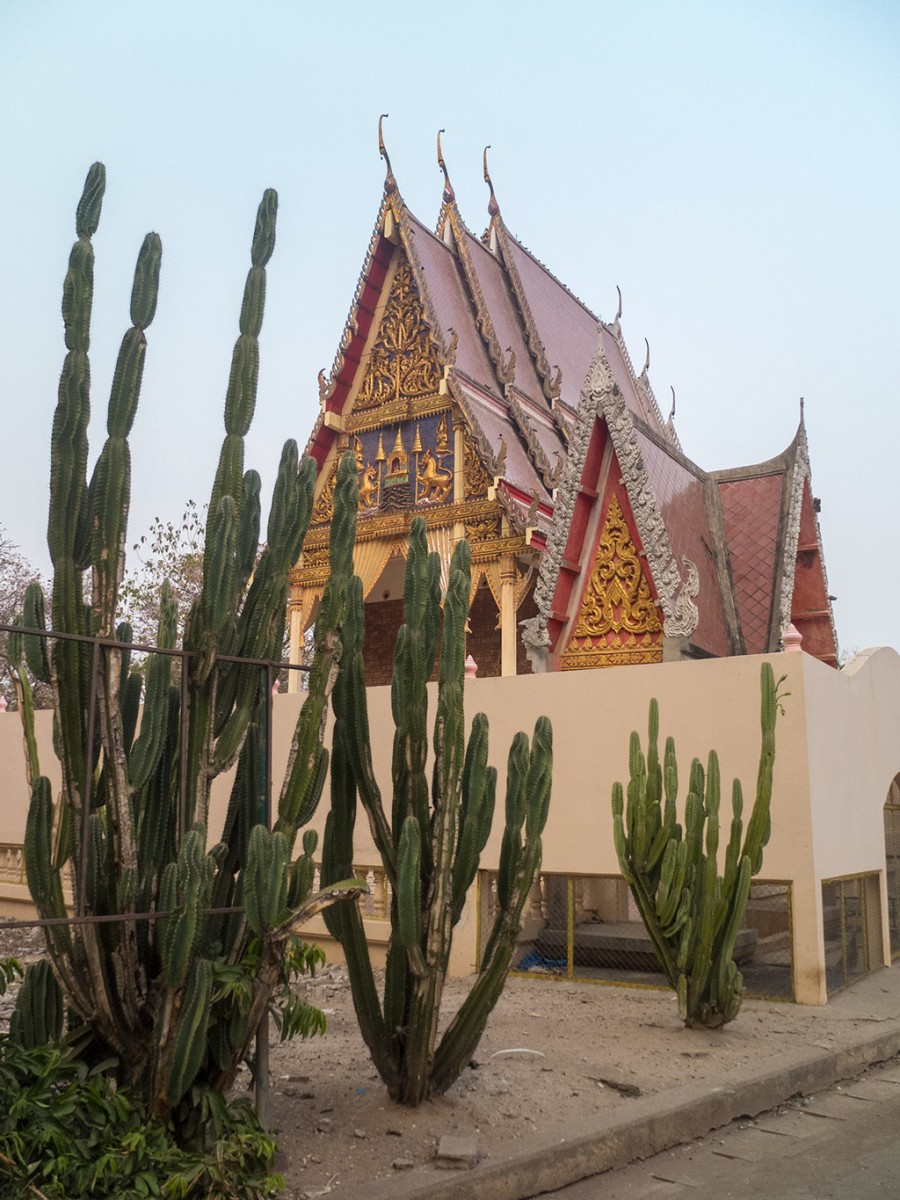 We continue our visit around the area with that funny looking temple. Actually this is more about the surroundings. A Thai temple surrounded by cactus :-) Are we still in Thailand? Apparently yes. 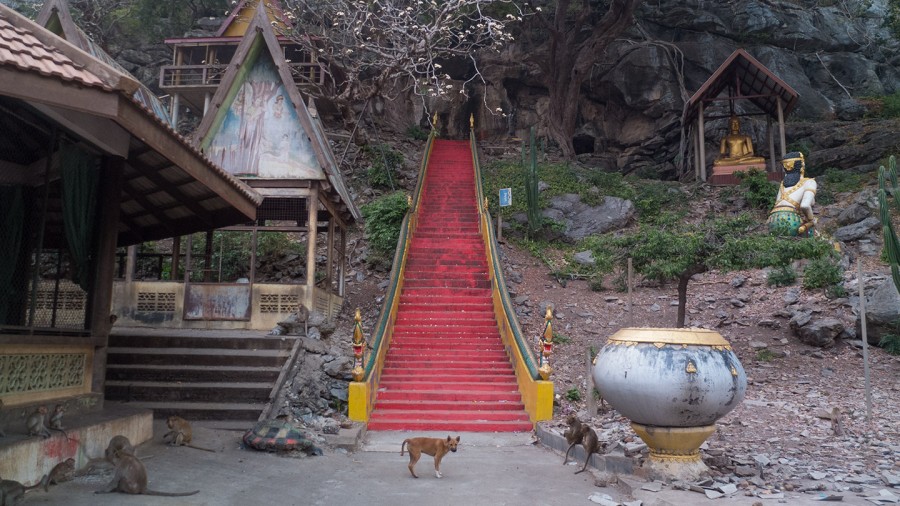 The rest of the temple area would need a fresh layer of paint. 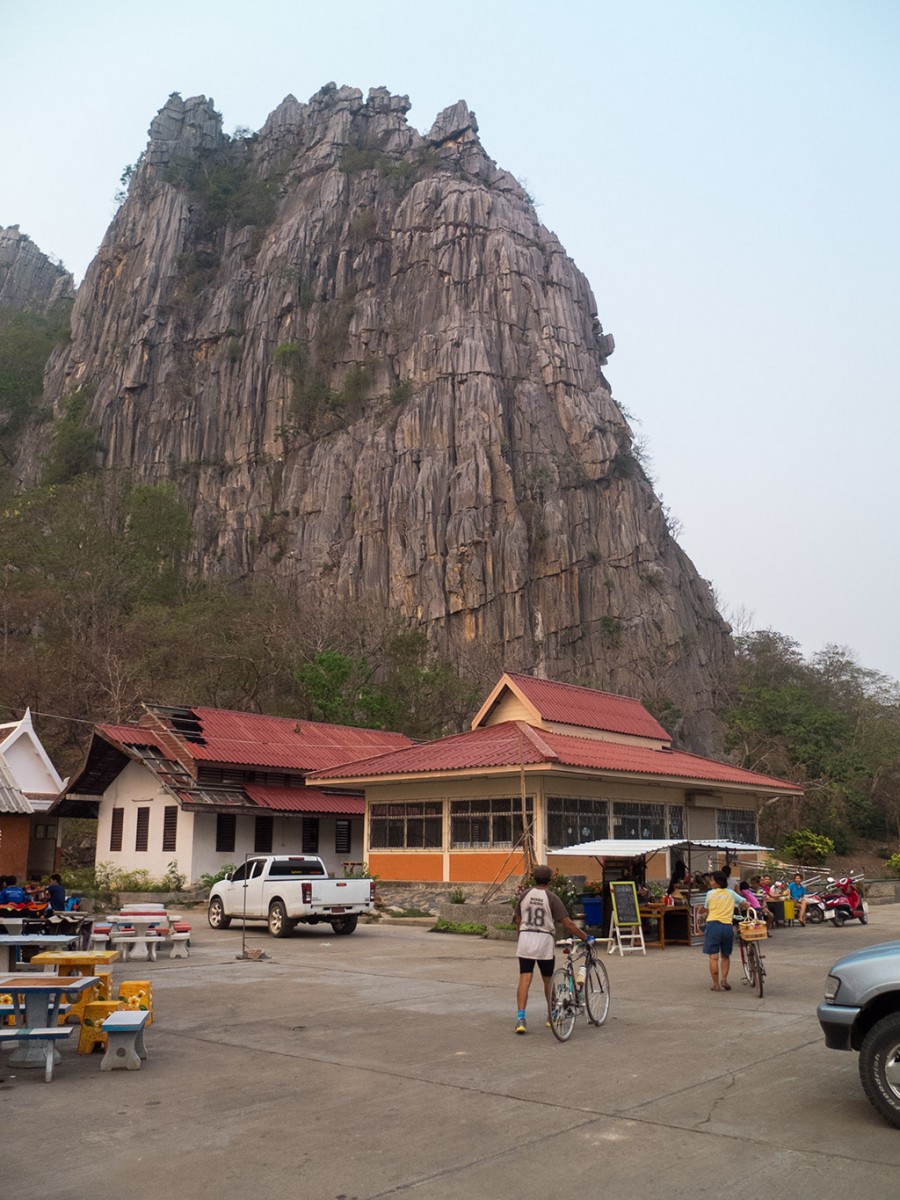 We came backwards, through the monkey road and are looking for a drink until the bats… 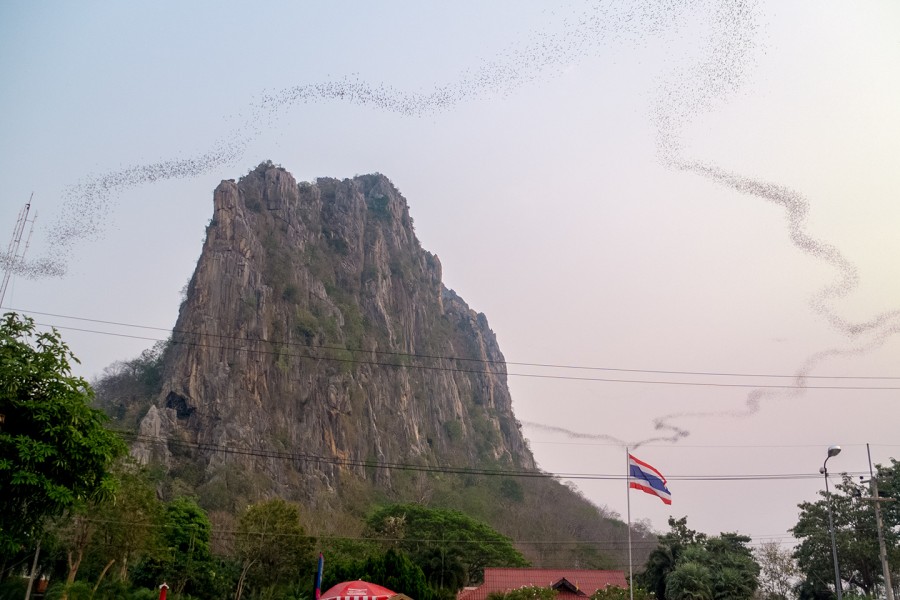 The bats are out already!

Same as Ratchaburi but different :-) 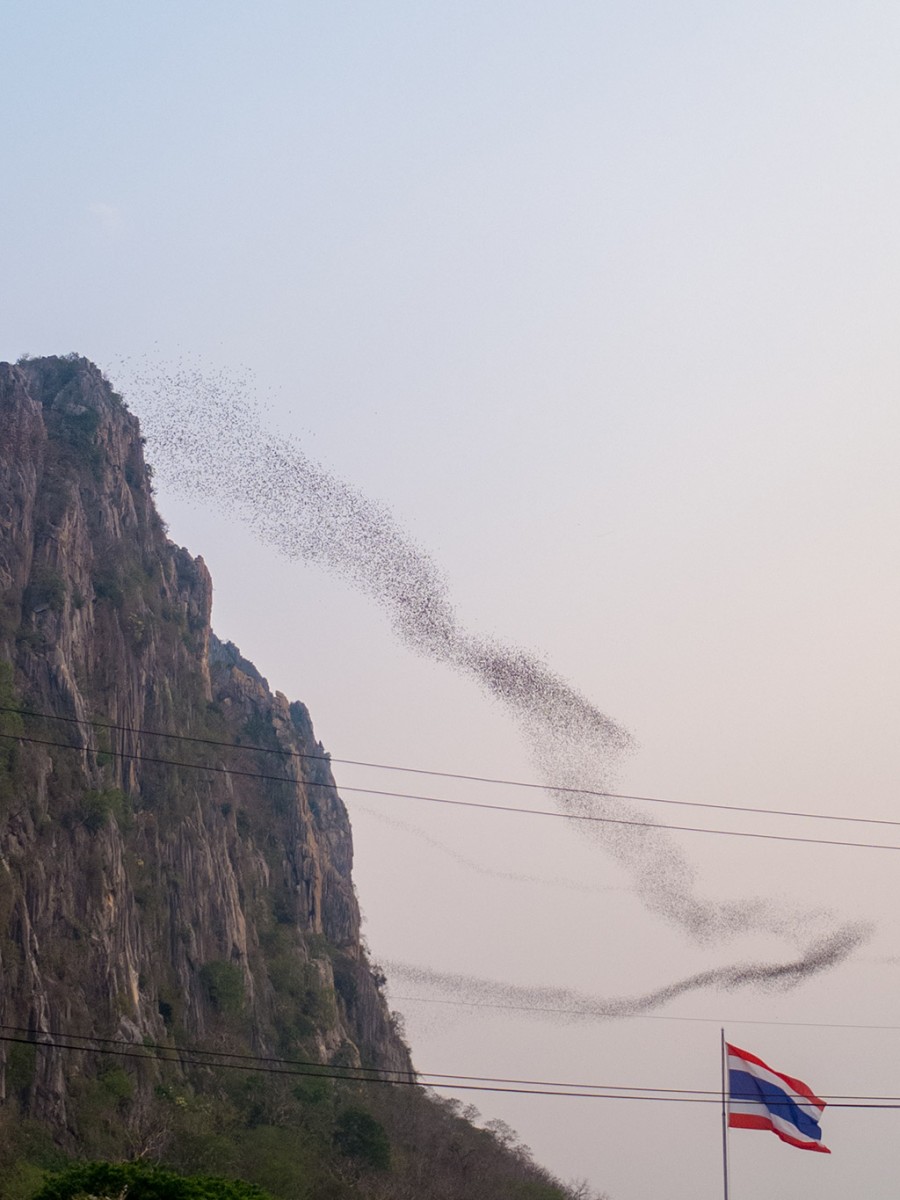 They seems to be smaller than the ones in Ratchaburi. That’s a lot of them. 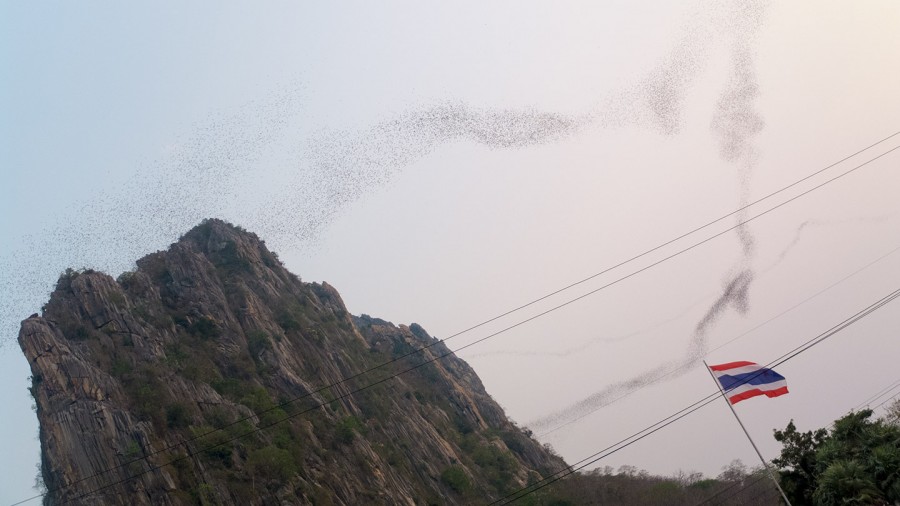 One thought on “Salok Bat, visiting monkeys and bats with June”