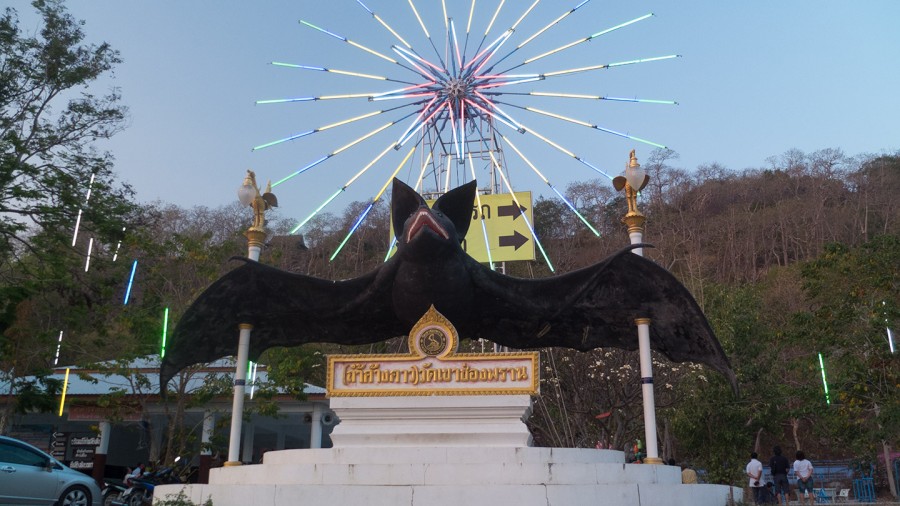 This morning we worked a bit more on the Adobe house. Then Pita brought us to see 100.000 bats that leave their cave every day around 5:30pm. This place is apparently more famous than I thought. Today there is even some biologists and other scientists who stand on the hill, next to the cave’s entrance, to catch some of those tiny bats and verify if they are fine. 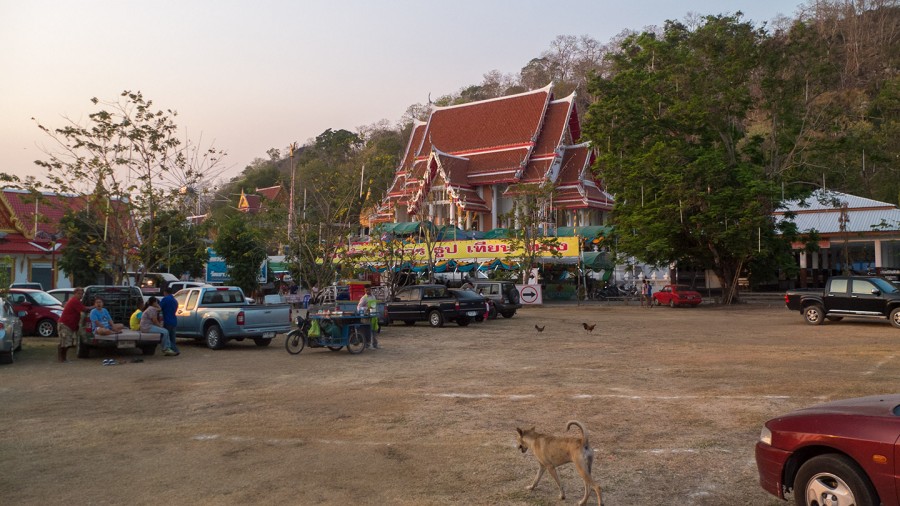 I think, in Thailand, every time there is a hill there is a temple and that’s the case now. 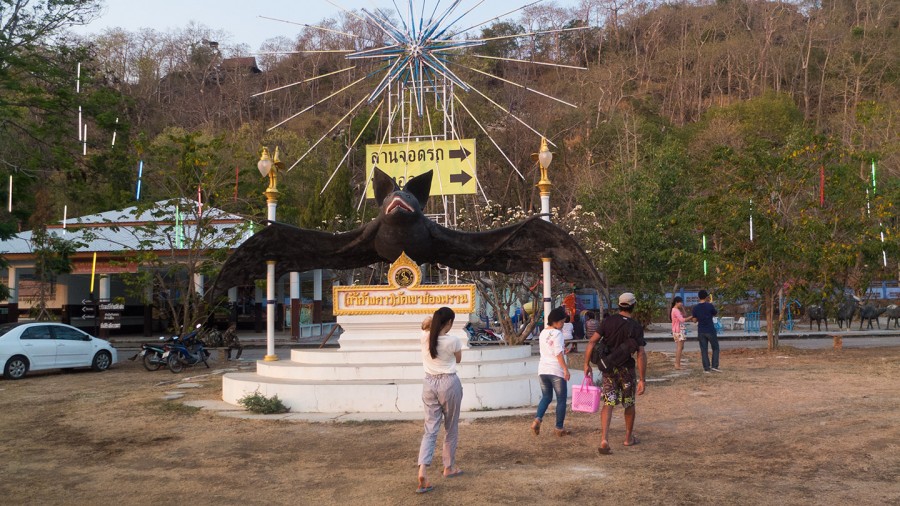 We are going a bit closer to the cave entrance. Pita’s daughter came with us tonight. 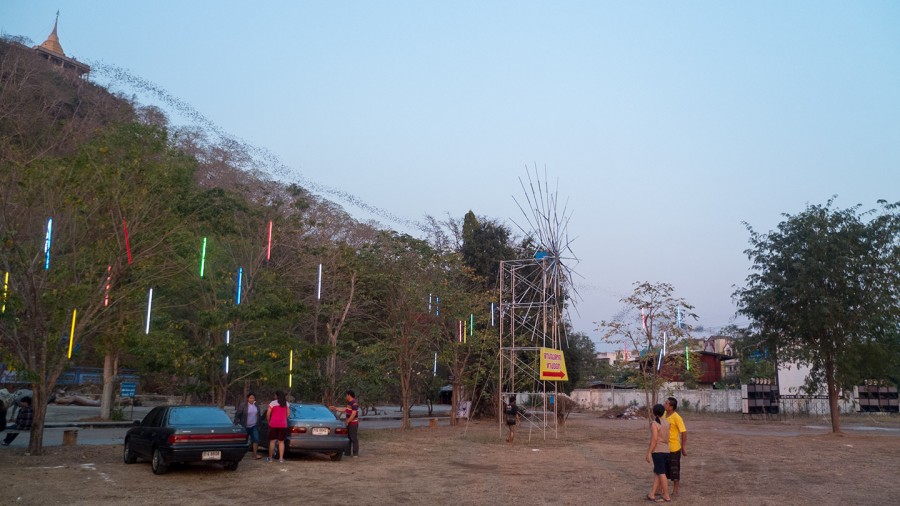 Here they are! Pita describe the event like a long snake in the sky. Apparently the bats or not going the same way as usual today. Normally they would fly above the carpark. 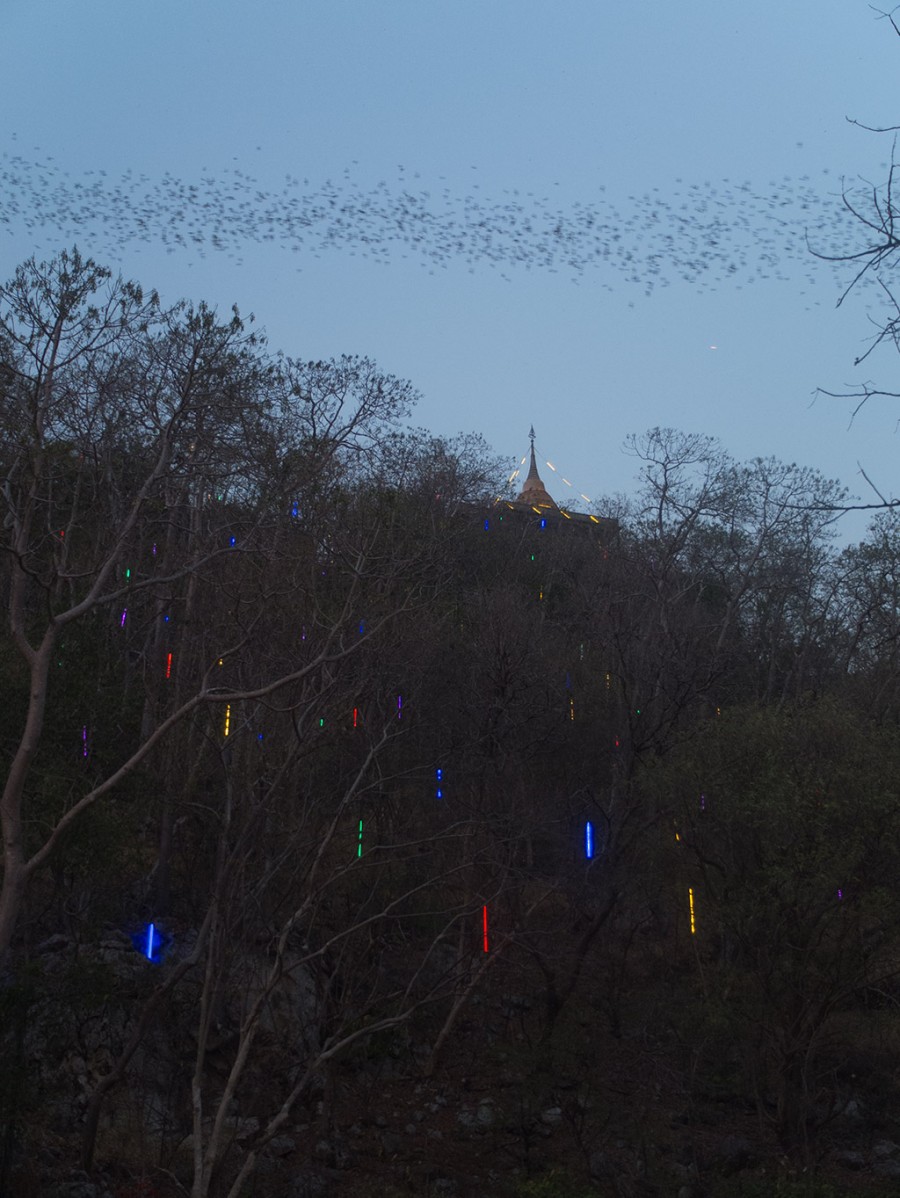 This last a very long time. That’s already something like 5 or ten minutes and bats are still flying out! 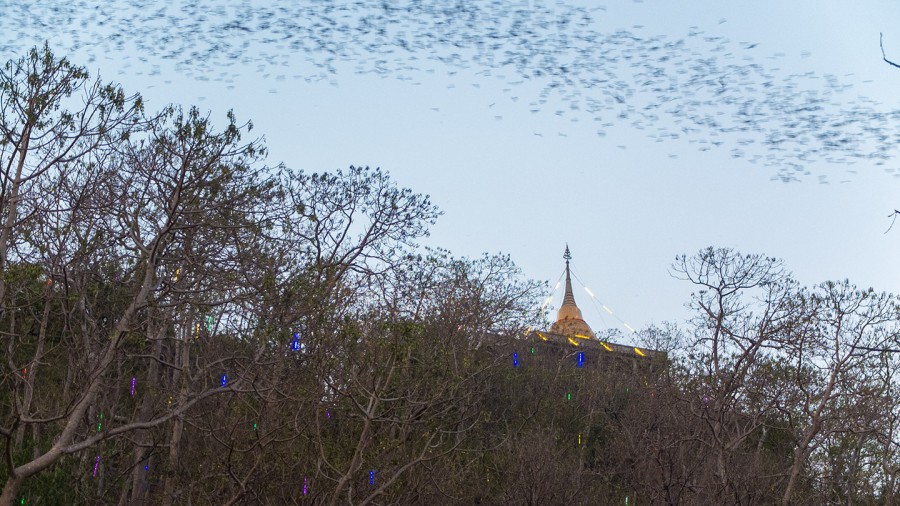 That’s nearly impossible to get a clear shot now but it gives an idea of how tiny they are. 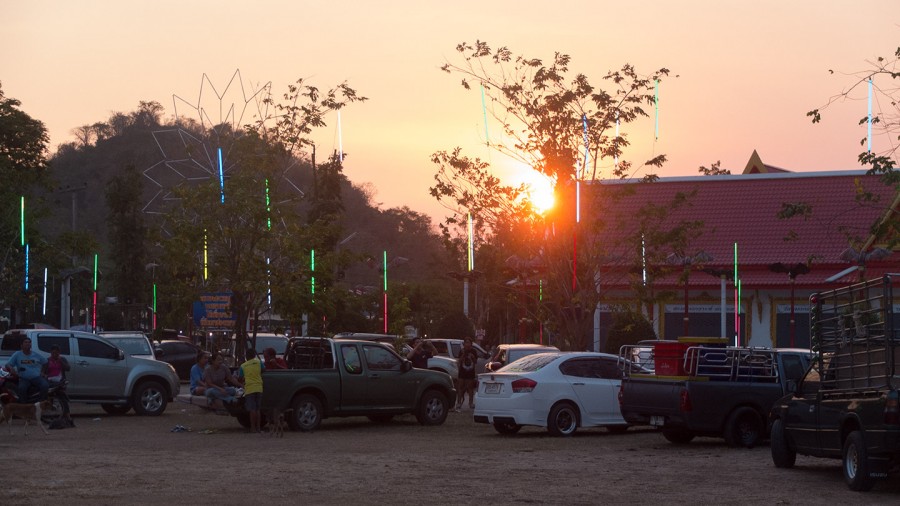 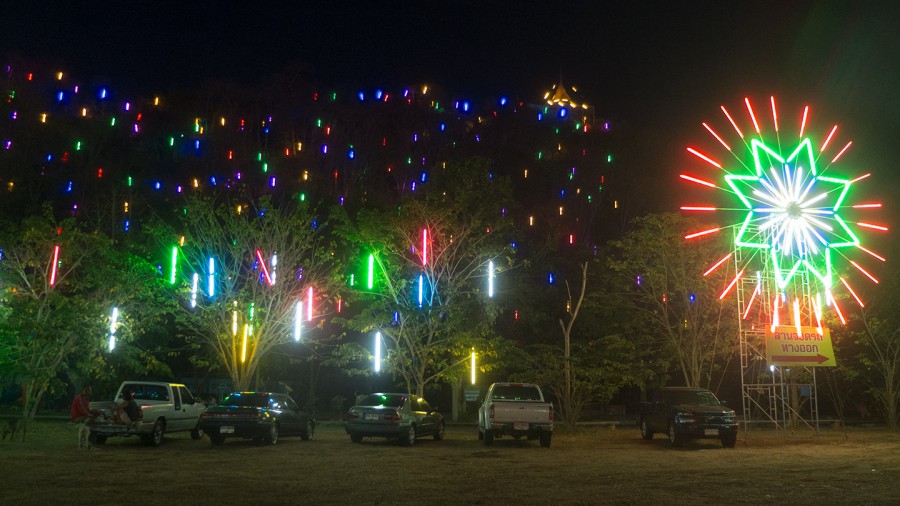 The bats continued to fly out for something like 30 minutes maybe. I didn’t count but it was surprisingly long. 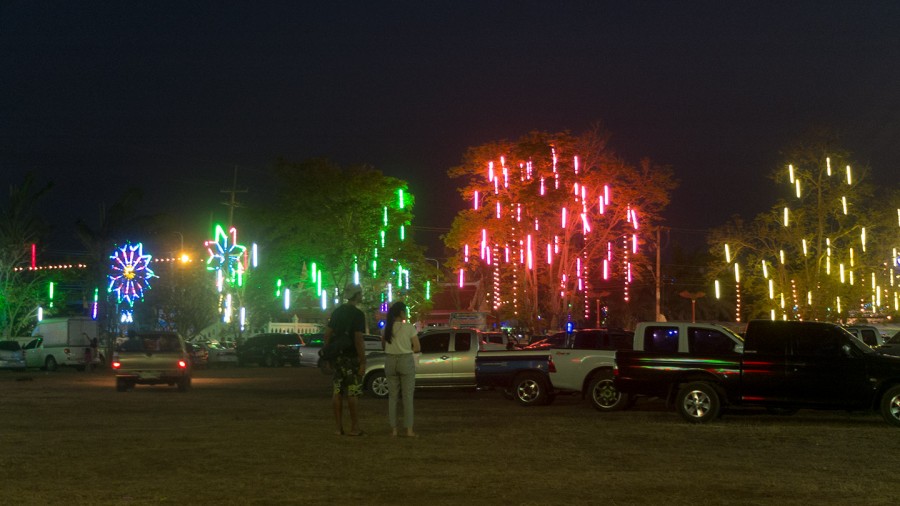 Time to head back “home”. Thank you Pita for the visit :-)

Here a very short video of the general atmosphere and those 100.000 bats flying live!