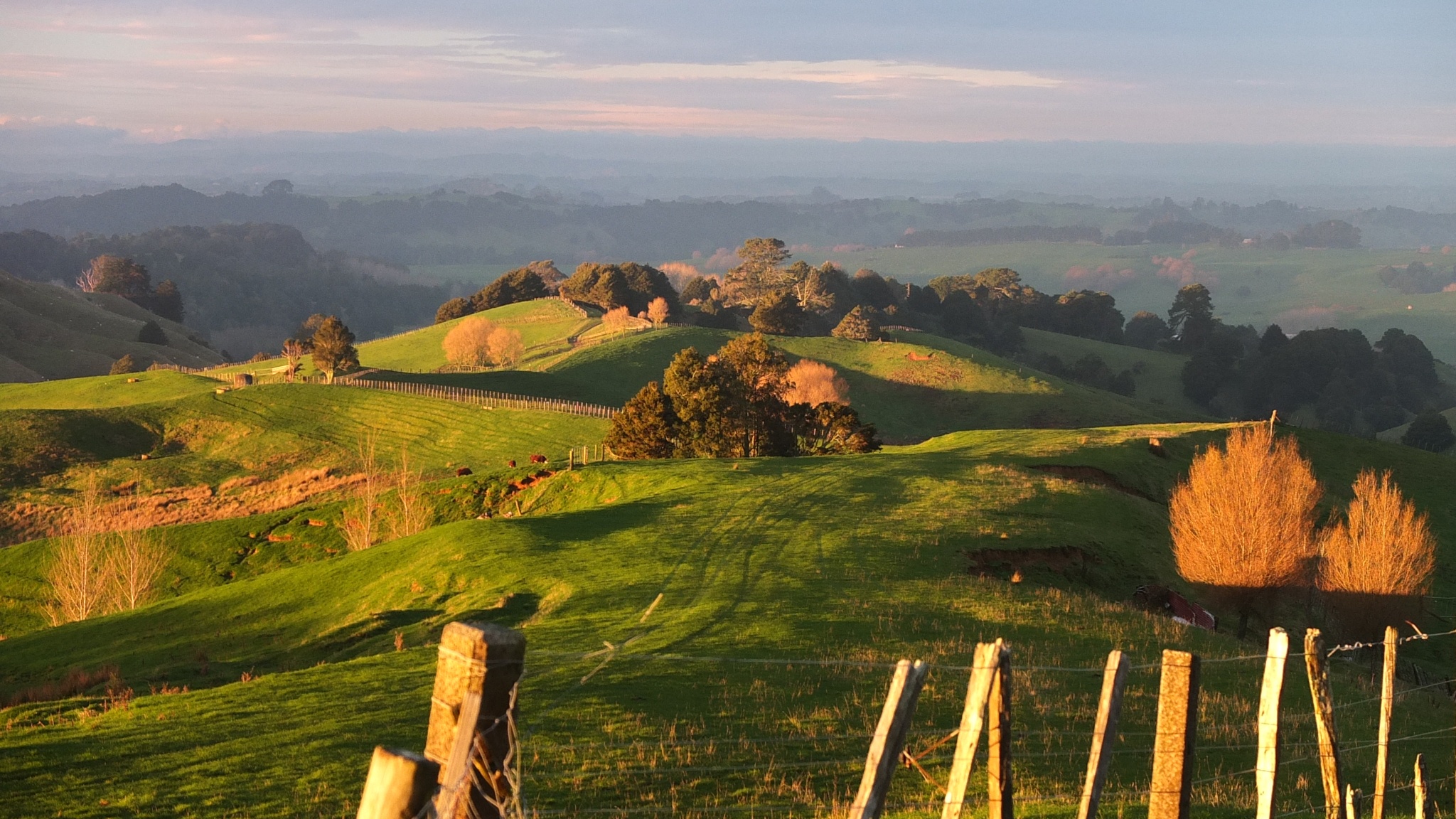 After one day off I’m moving again. I think I need 3 days to reach Auckland and finally, if I didn’t have to get the stuff I sent to Auckland during this year I could stay longer around here. But yes, this is my first year and I’ve learned how travelling by bike. Australia should be easier from this part (maybe not the rest). 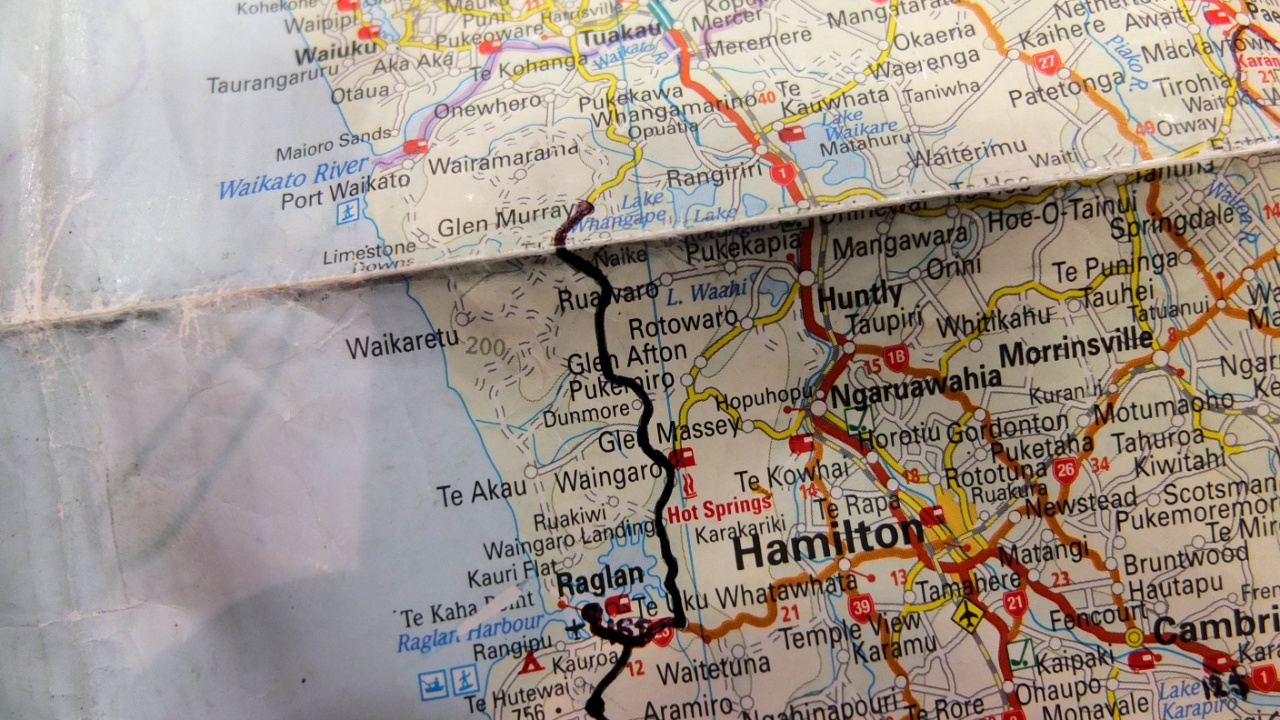 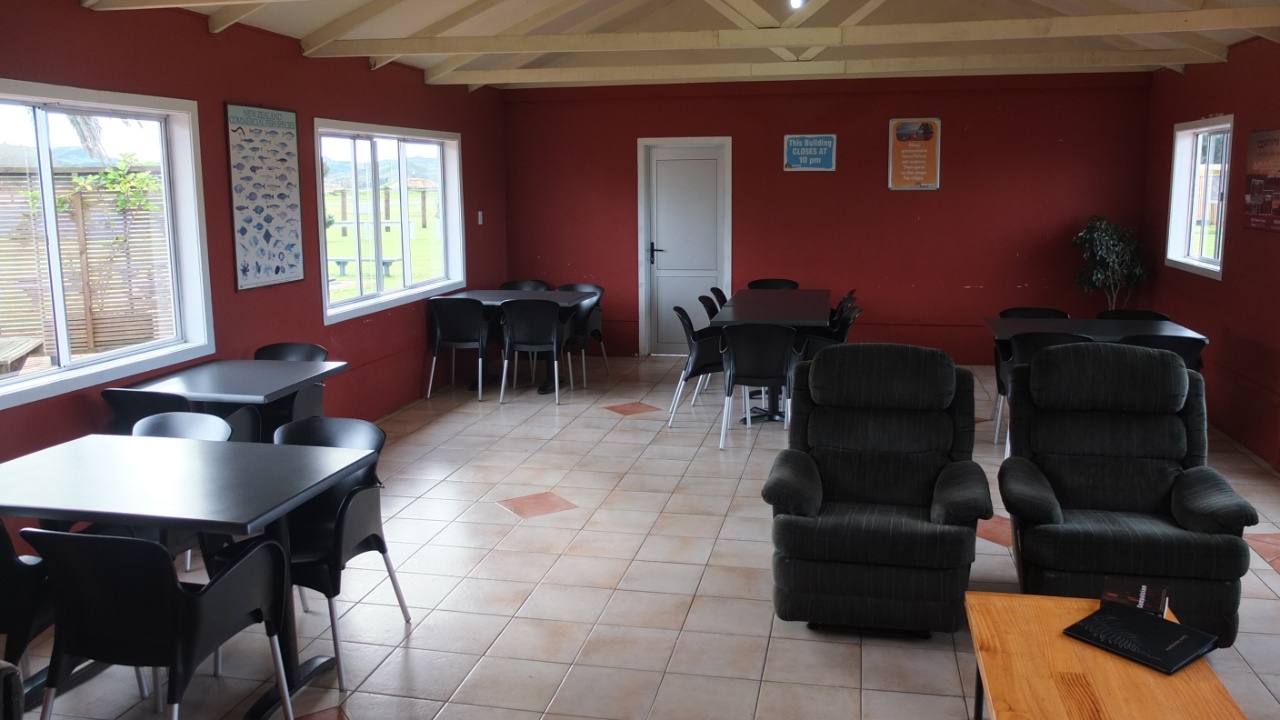 This morning I woke as early as everyday, around 7am to clean my chain and my bike. I want to keep this chain as long as possible so I have to take really care of it. I’ve took a good shower as well (because I don’t know when I will take the next one) and I’m now ready to go. It’s just 10 am. And, before I leave, there is a quick visit of this nice camp ground. Nice for the place but also for the owners :-) So this is the living room. 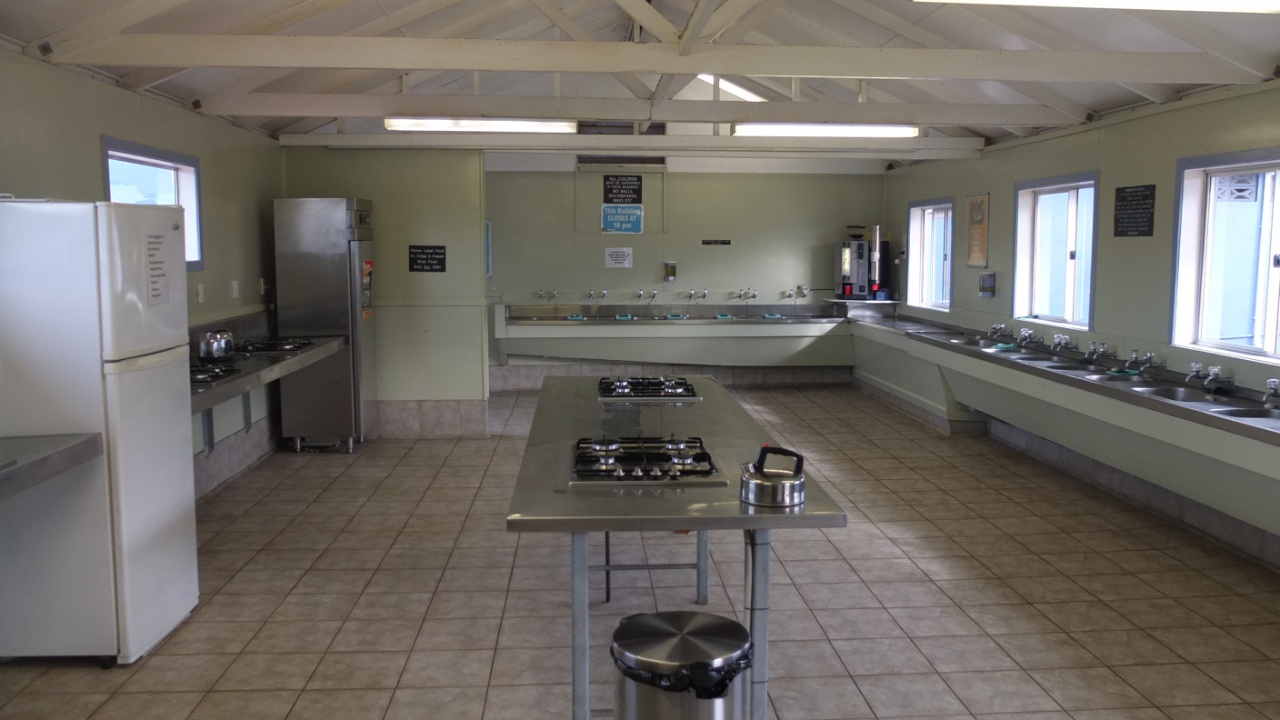 The main kitchen but I didn’t use this one. There is nothing for cooking. No fried pan, no oven, no pots, nothing here! Looks like the kitchen of Kerikeri, good souvenirs :-) 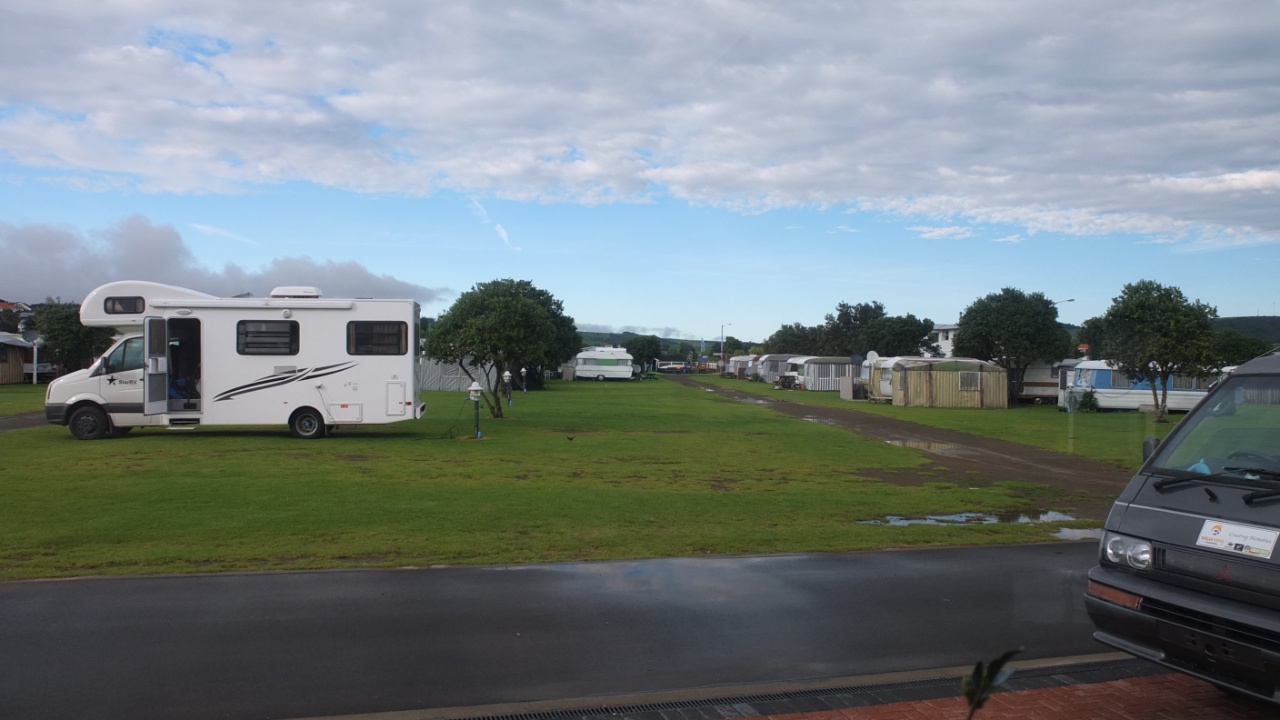 Then, a part of the campground. It’s a big one and certainly crowded in summer time. Actually, there is lots of empty caravan. One the other hand there is also some people who live here yearly I think. Nice place and it’s so close to the sea. 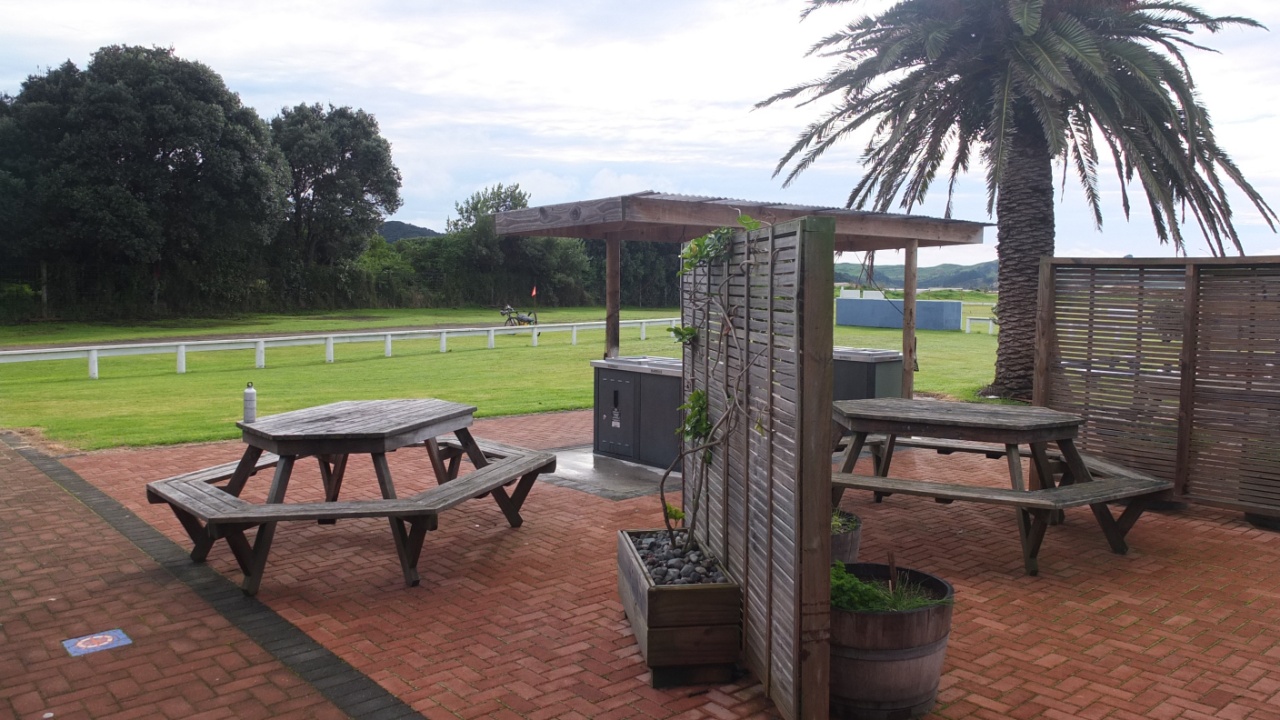 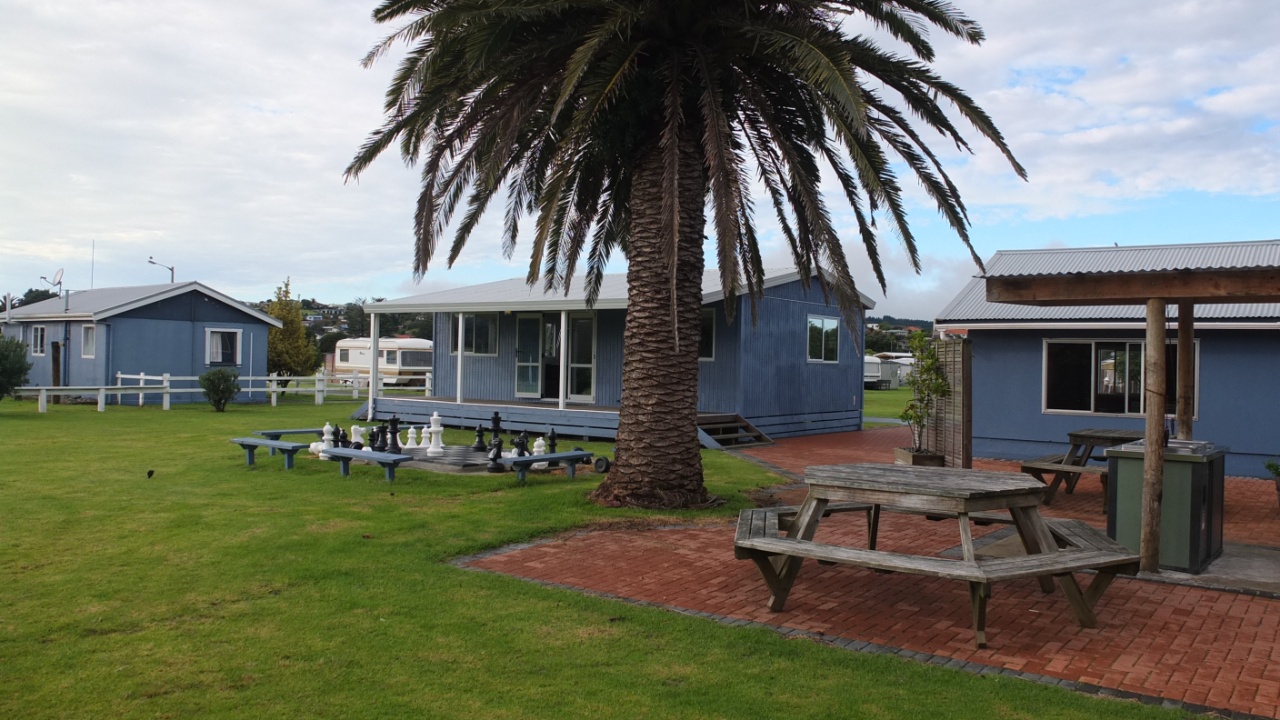 From another angle with the human size chess game. 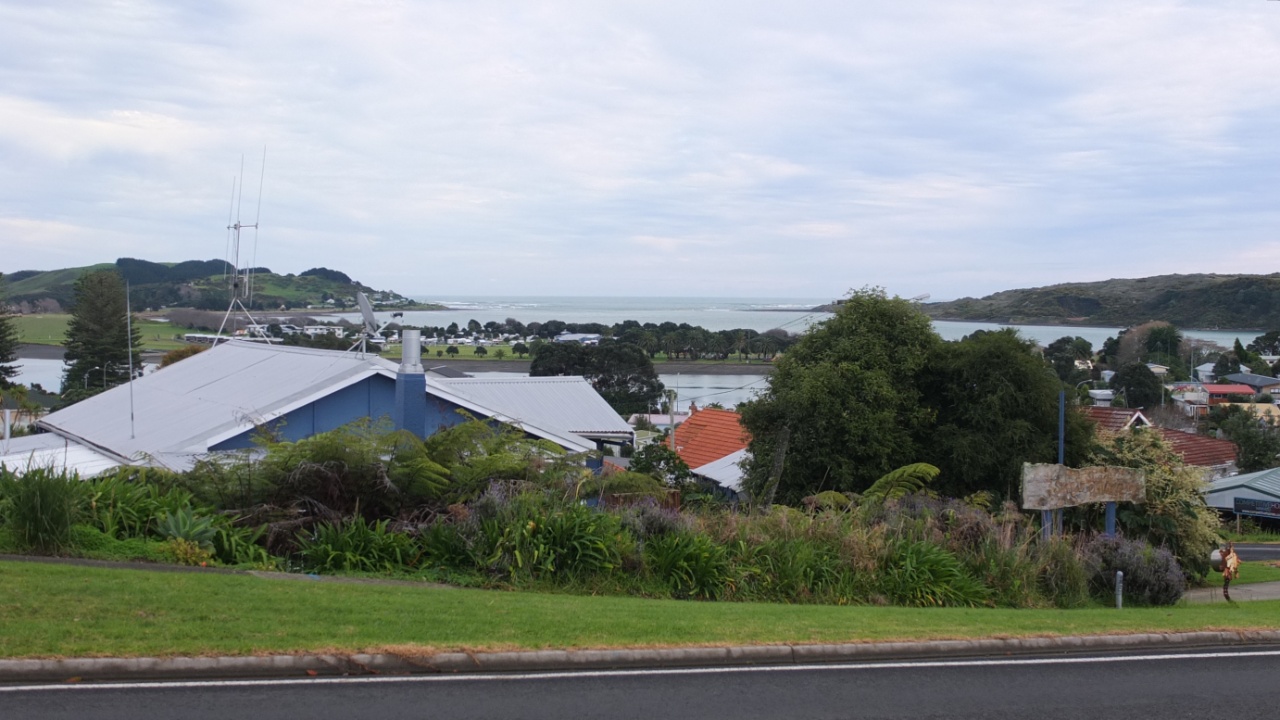 And that’s it! I’m now on the road just after the city centre. From here I can still see the campsite stuck between the kind of lake and the sea. 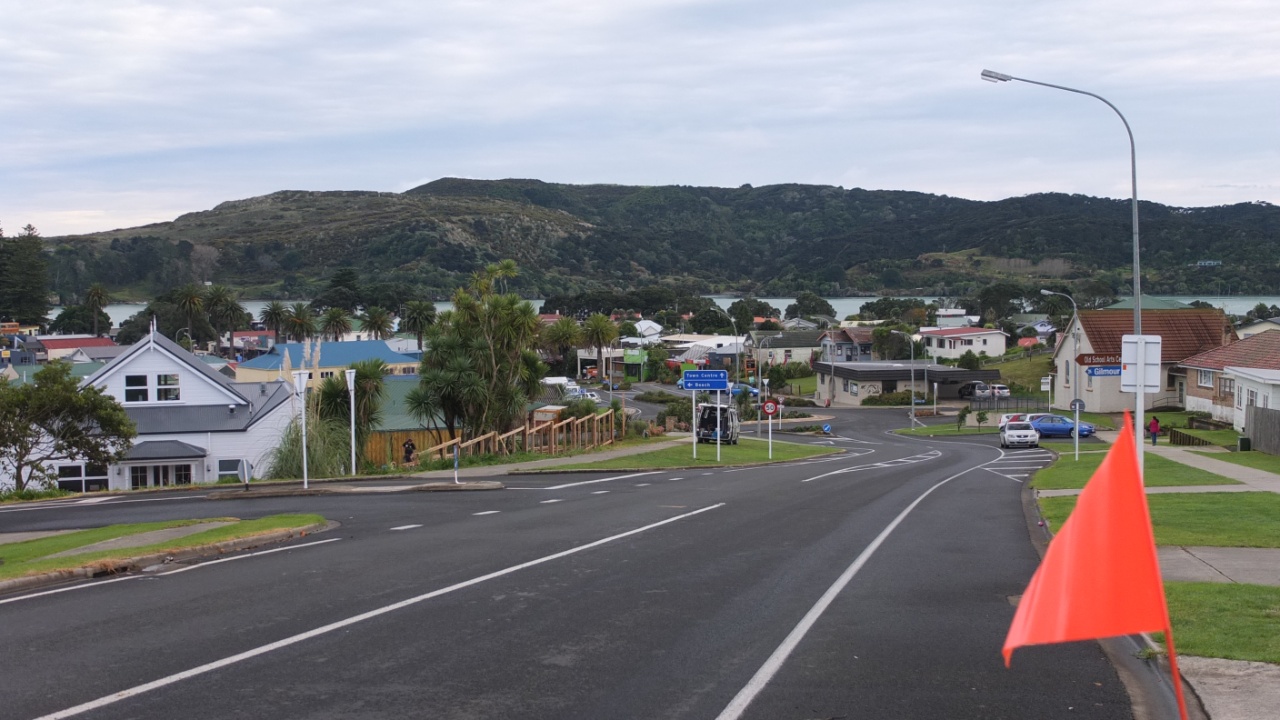 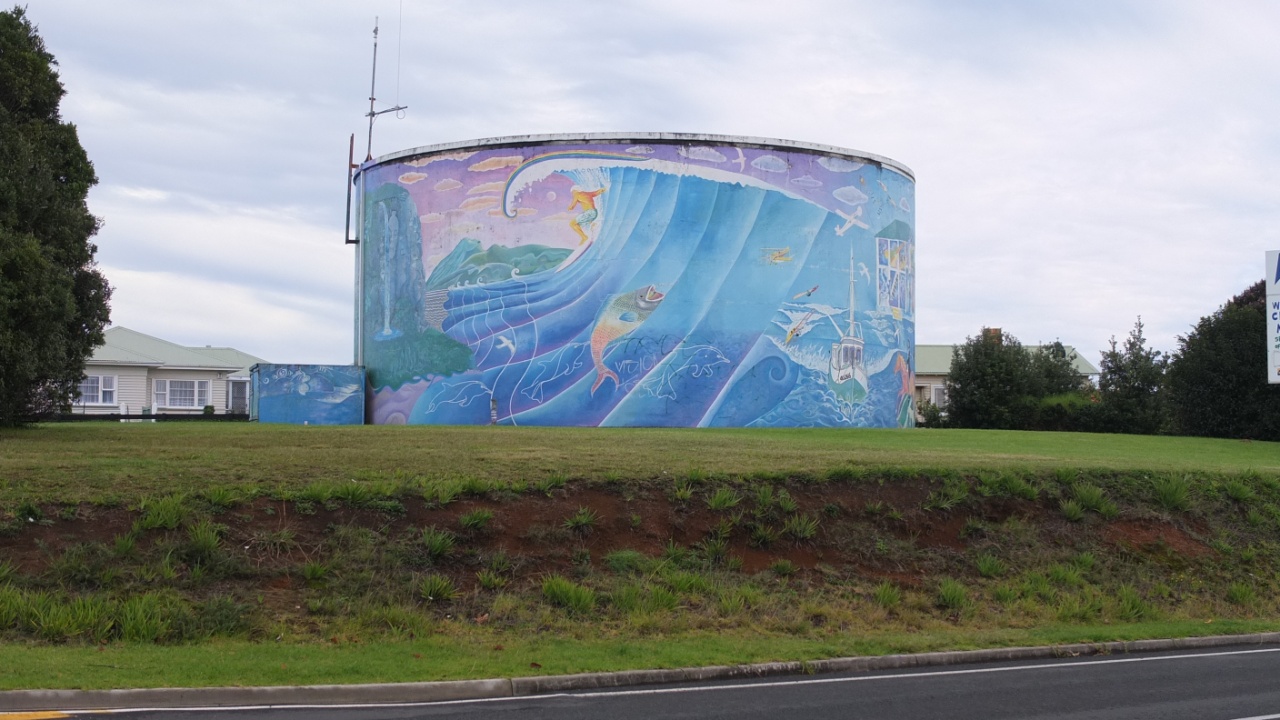 This is a big water tank. It used to be ugly so they painted it and now it’s something which represent the village haha :-D 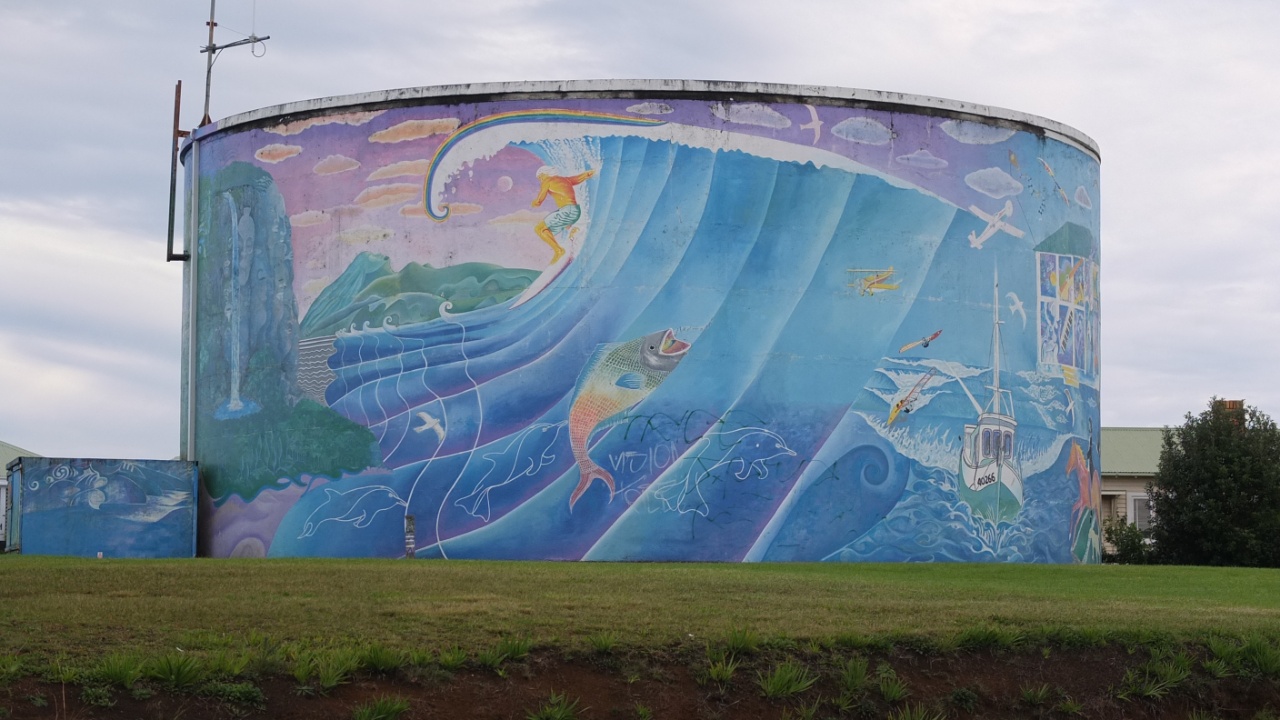 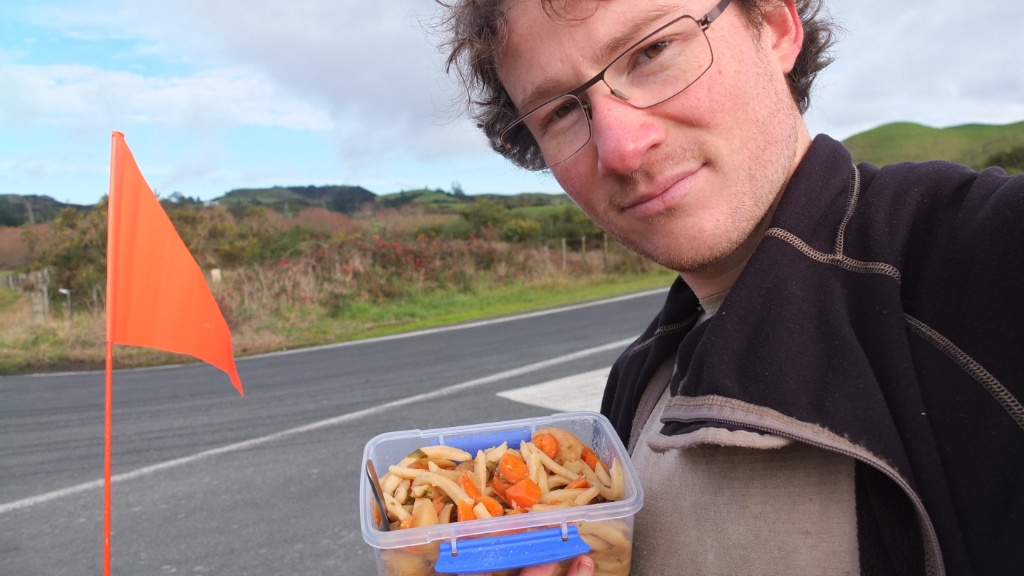 I’ve cycled well already and it’s around 12:30pm now, time to have my lunch. I had too much flour yesterday so I made some noodles ;-) hmmm! 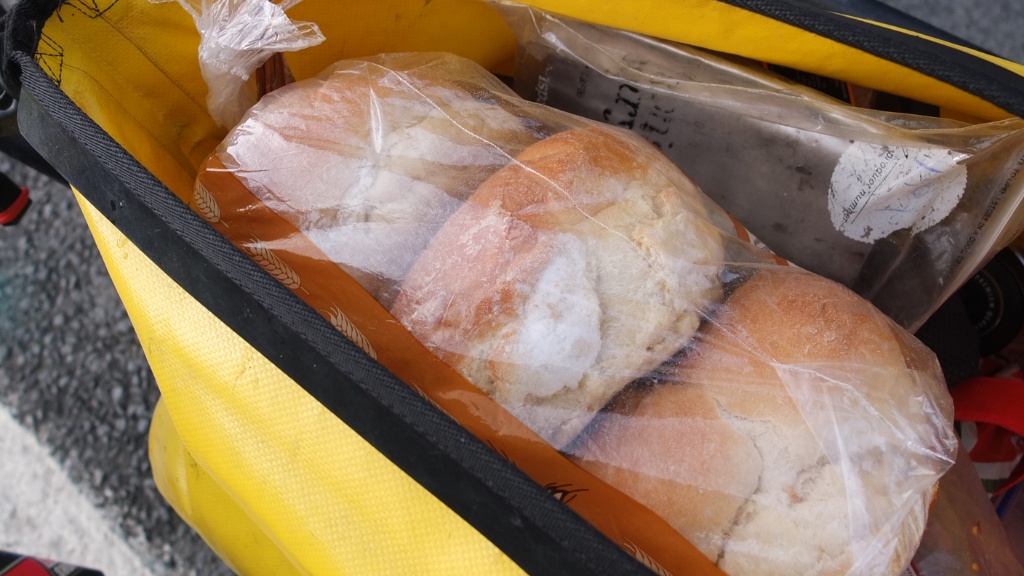 This is my home made bread :-) Much better than the toast. 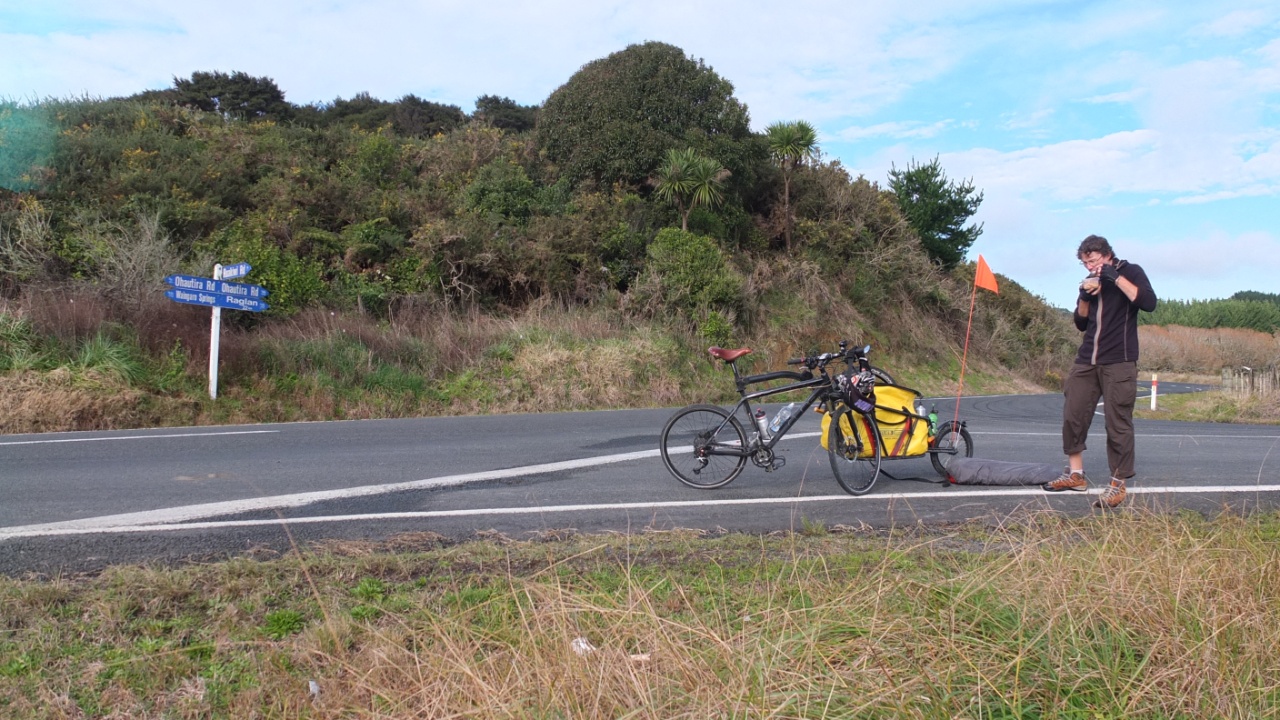 It’s not the best place to eat but… I don’t care. 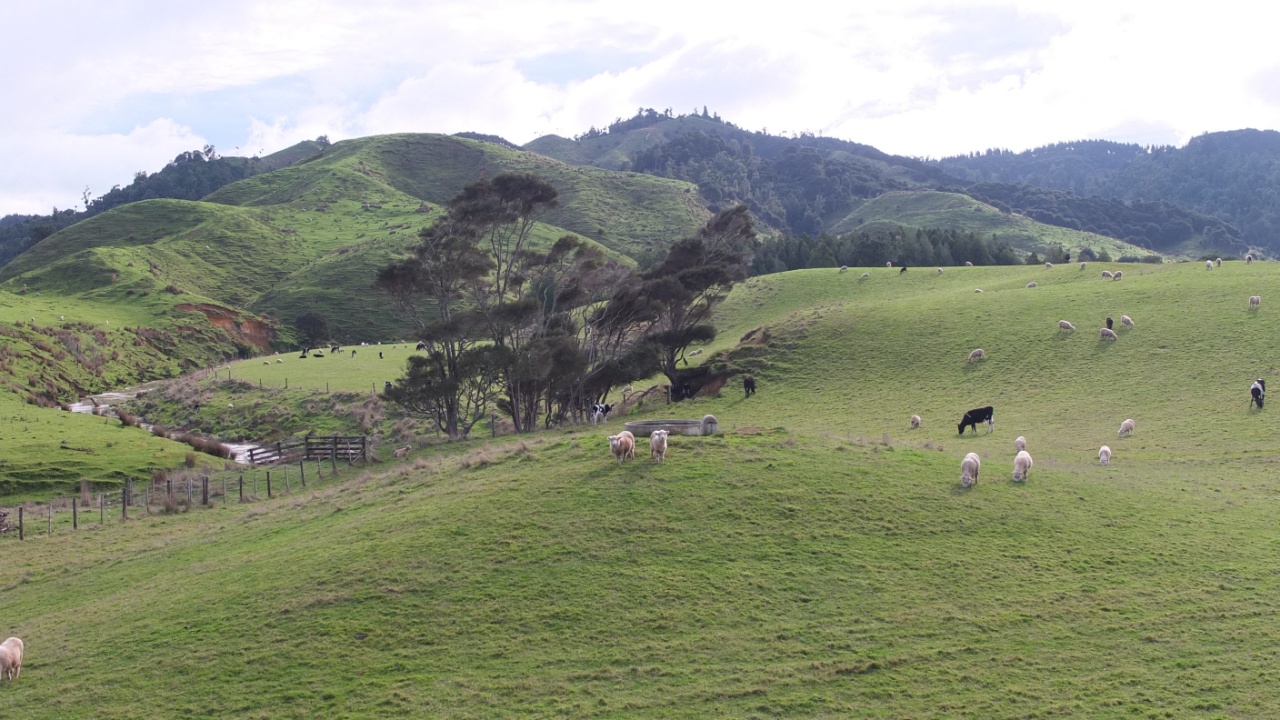 This secondary road between Raglan and Auckland suburb is hilly but nice, green and quiet. 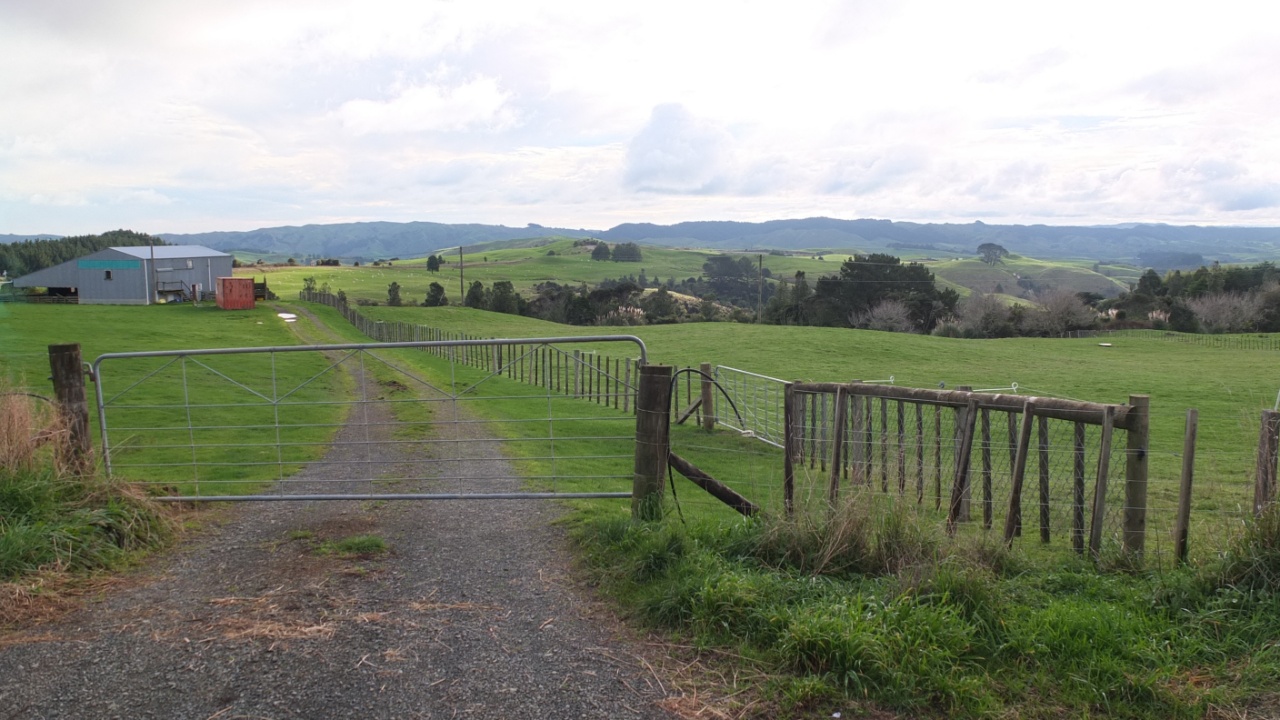 Another short break onto the top of a hill. I’m always expecting to see Auckland in the background but there is something like 180 km between me and the city. It’s certainly too far… 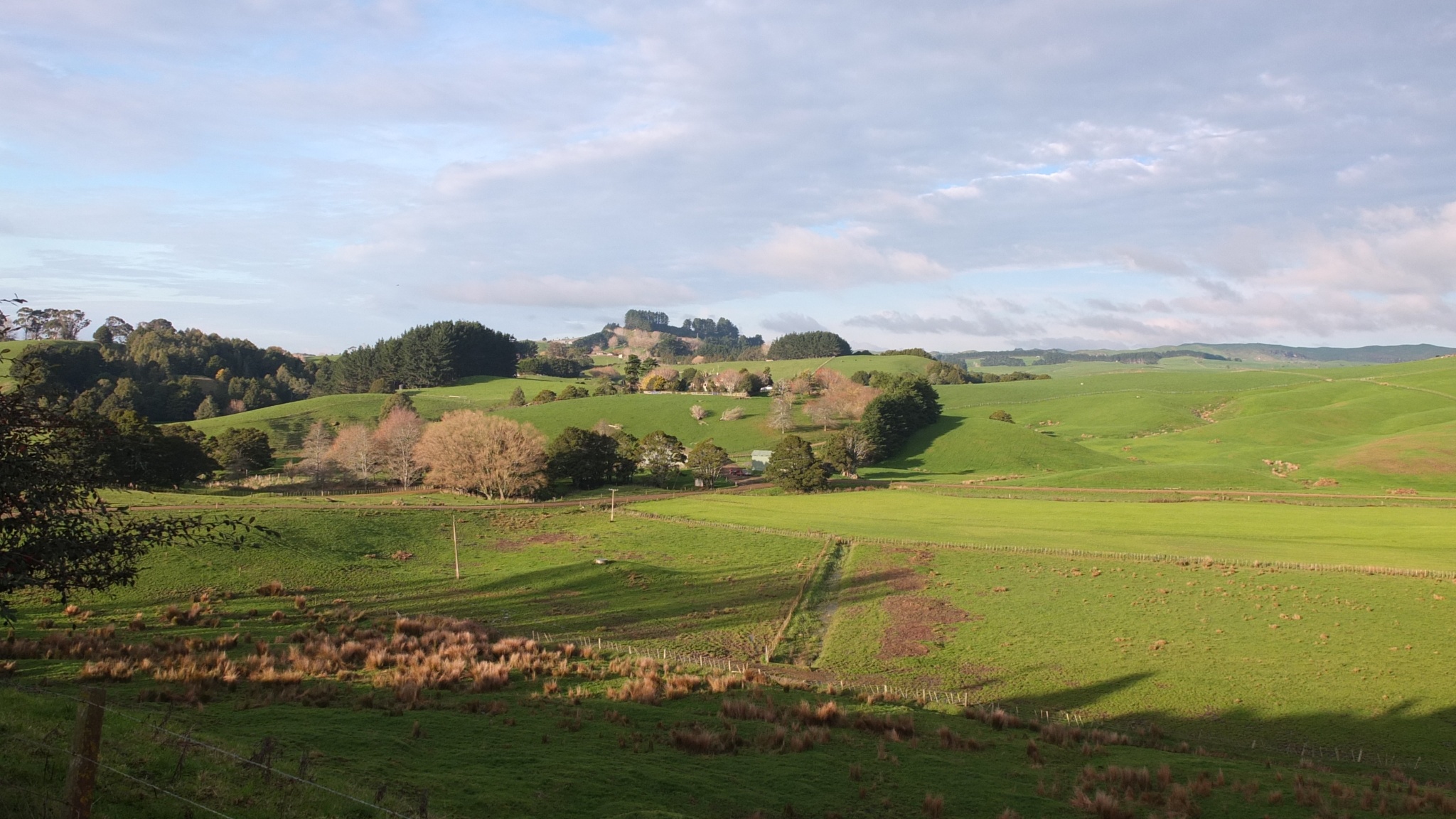 Finally the shyed sun is coming back. I can see more colours suddenly B-) 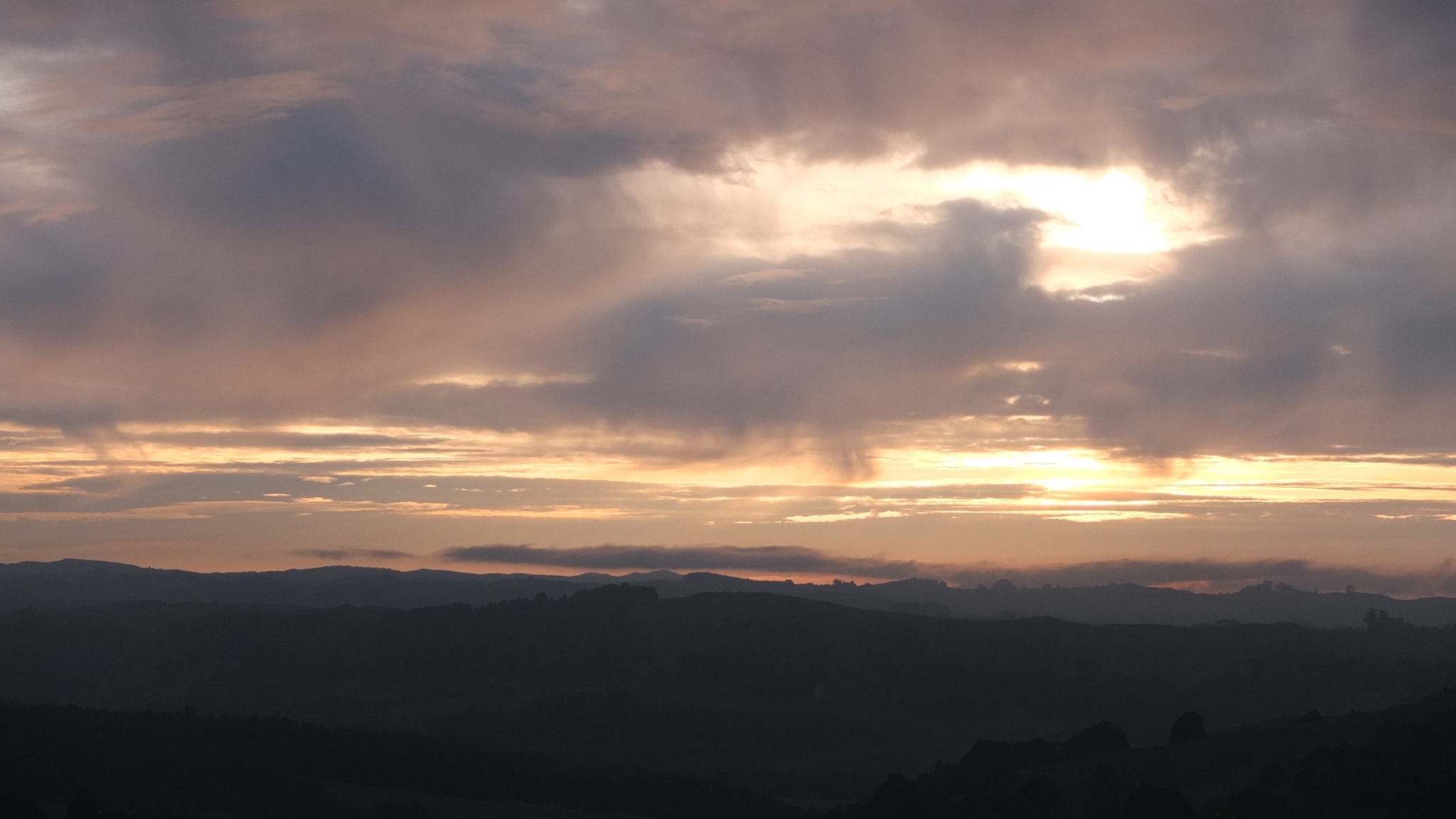 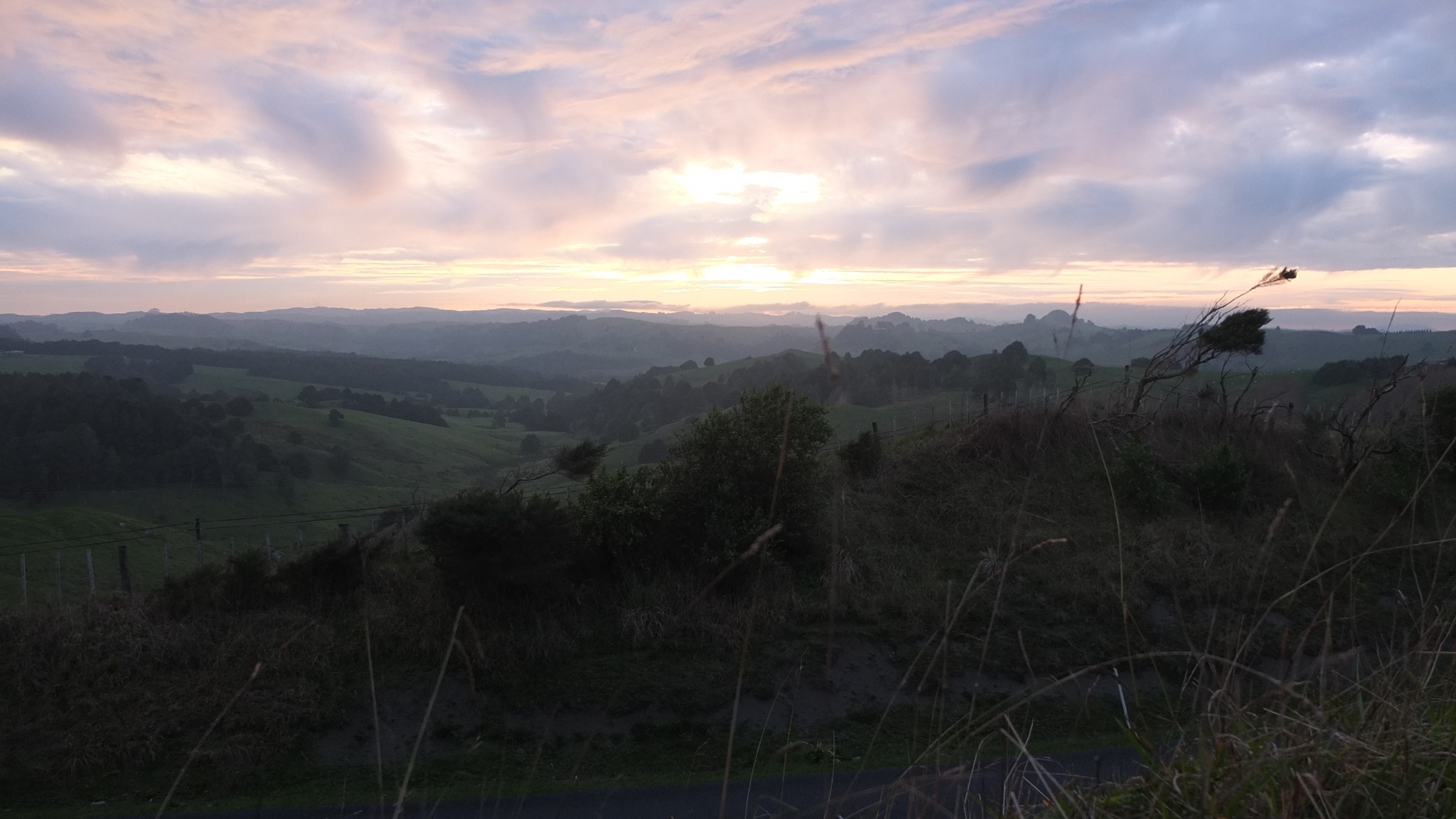 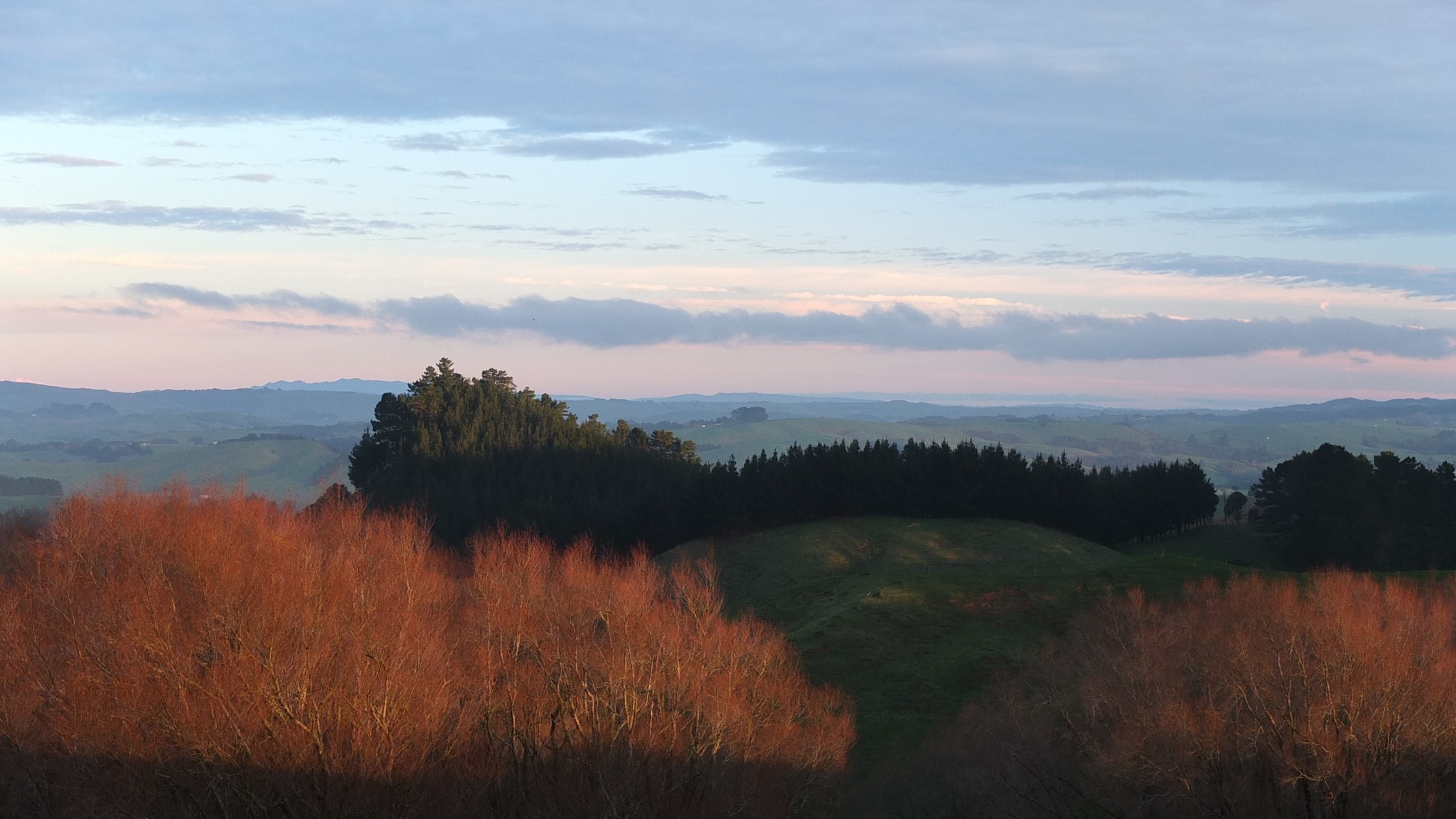 On the far background, right side, there is a big mountain. Raglan is somewhere there :-) 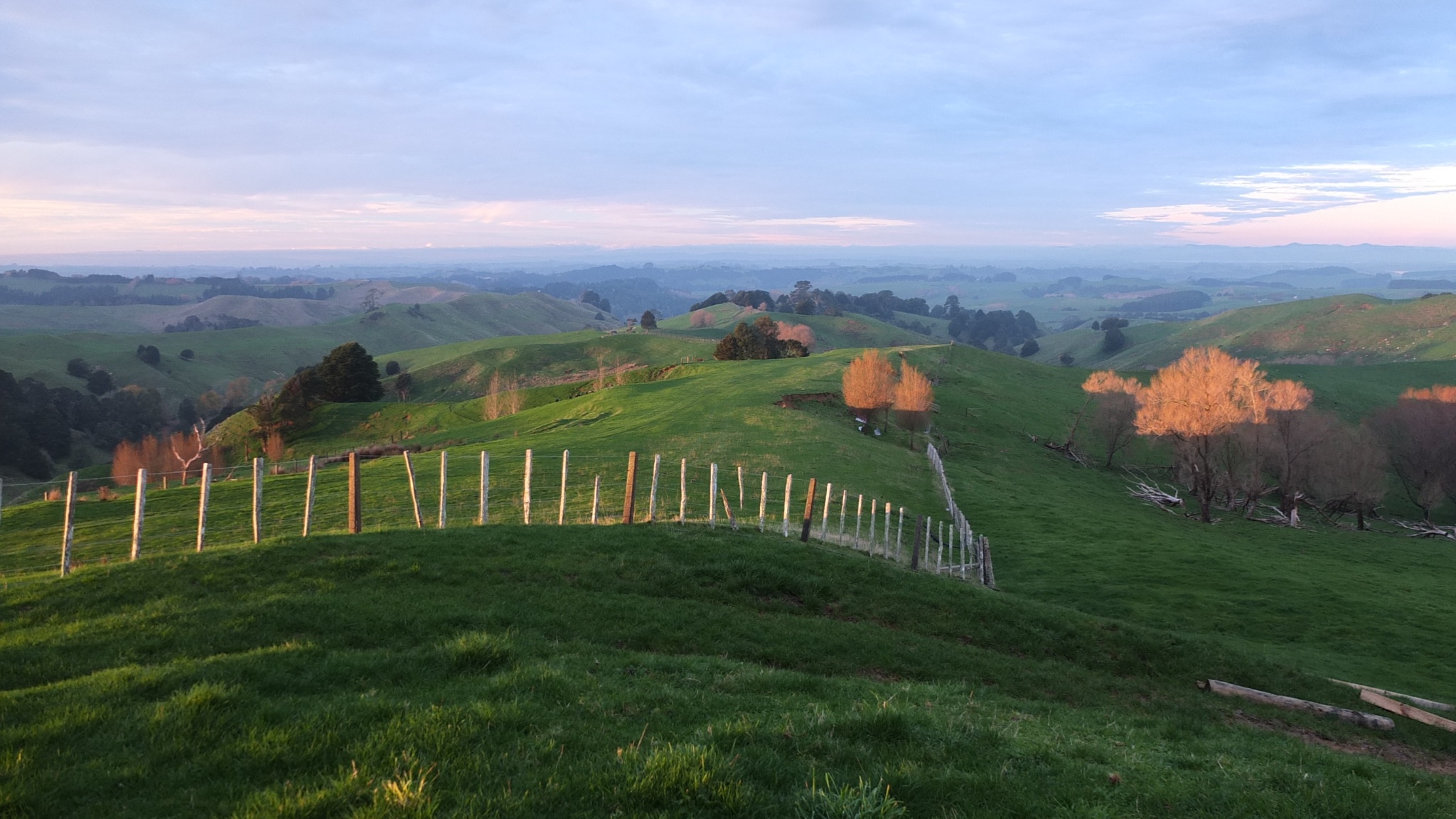 I like this picture and it’s the pic’ of the day :-) The sunshine is leting for a moment this beautiful yellowish colours on the landscape. 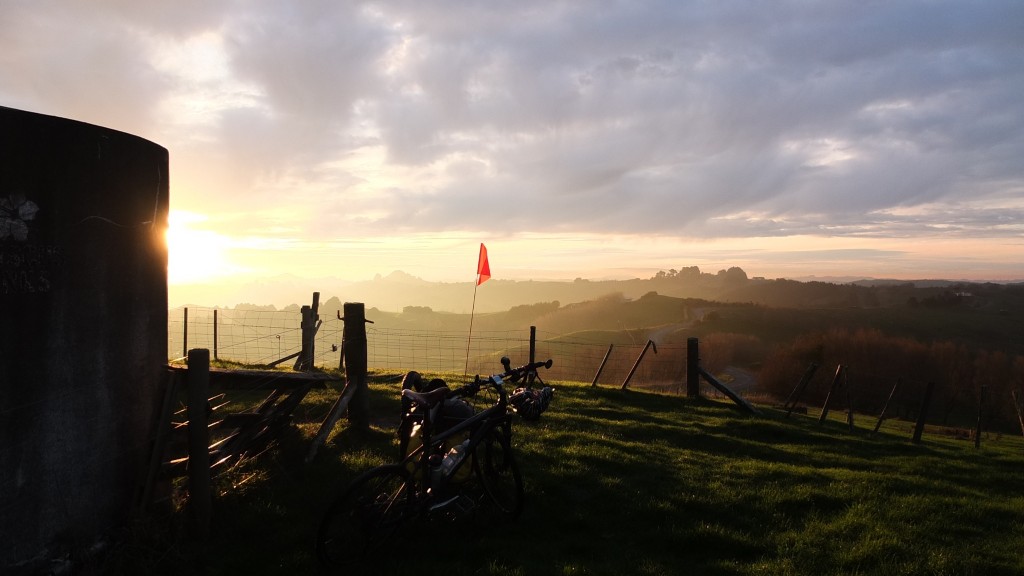 I’m going to sleep next to this water tank. I’m in a field like usually, like it :-) 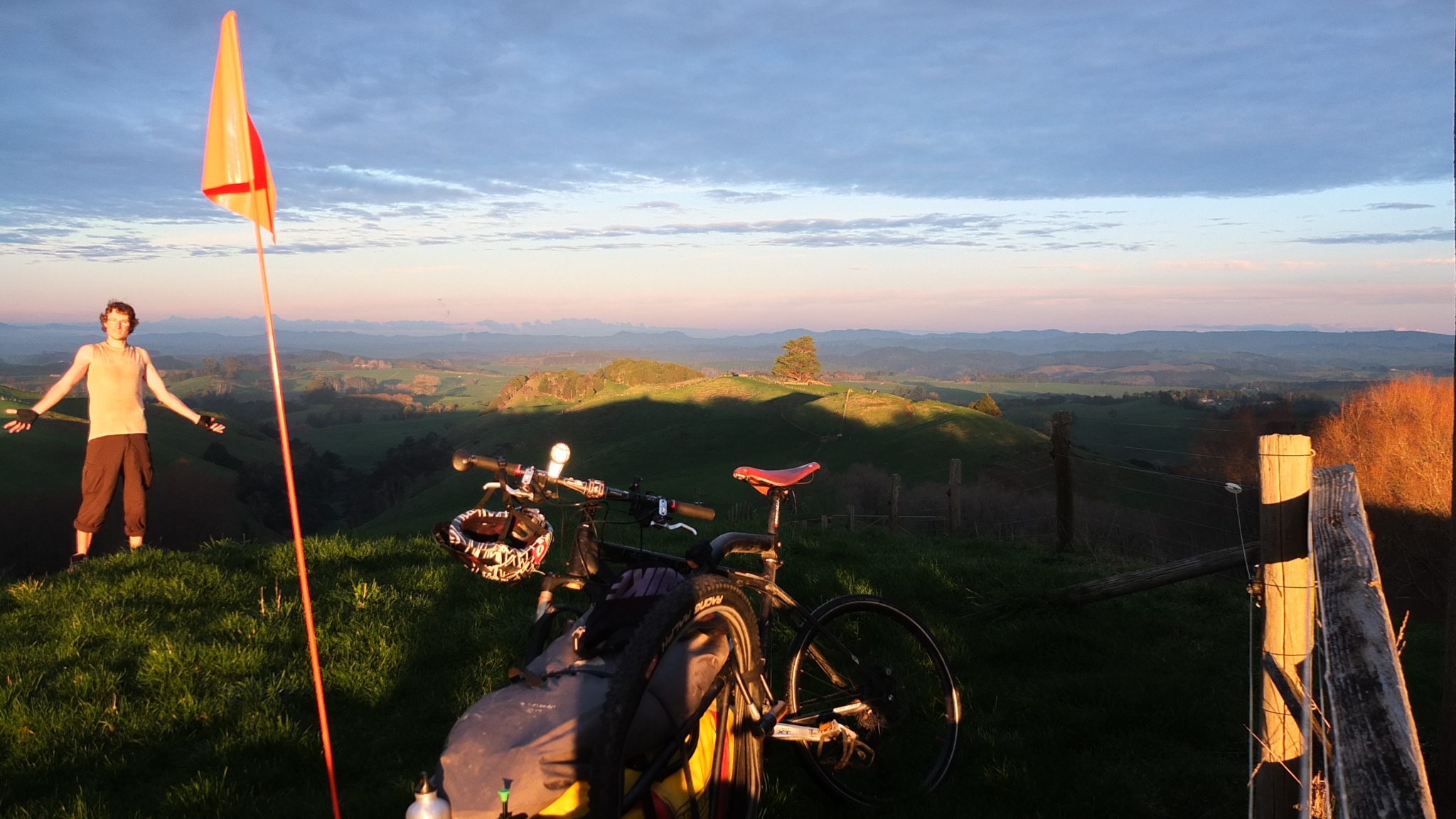 So great here and it’s not cold anymore. 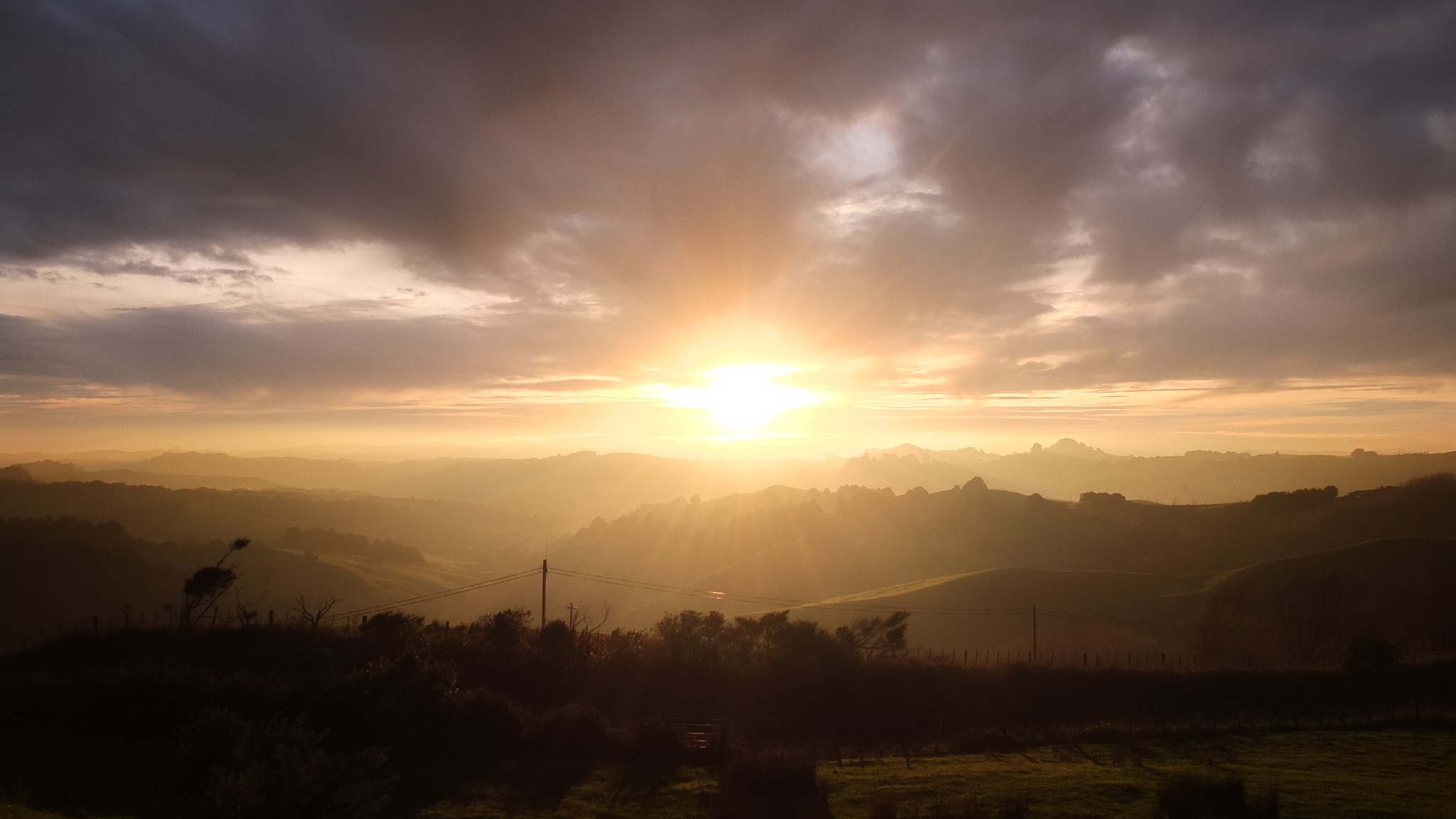 Ah no, I was wrong! This is THE picture of the day. Much better than the other one. 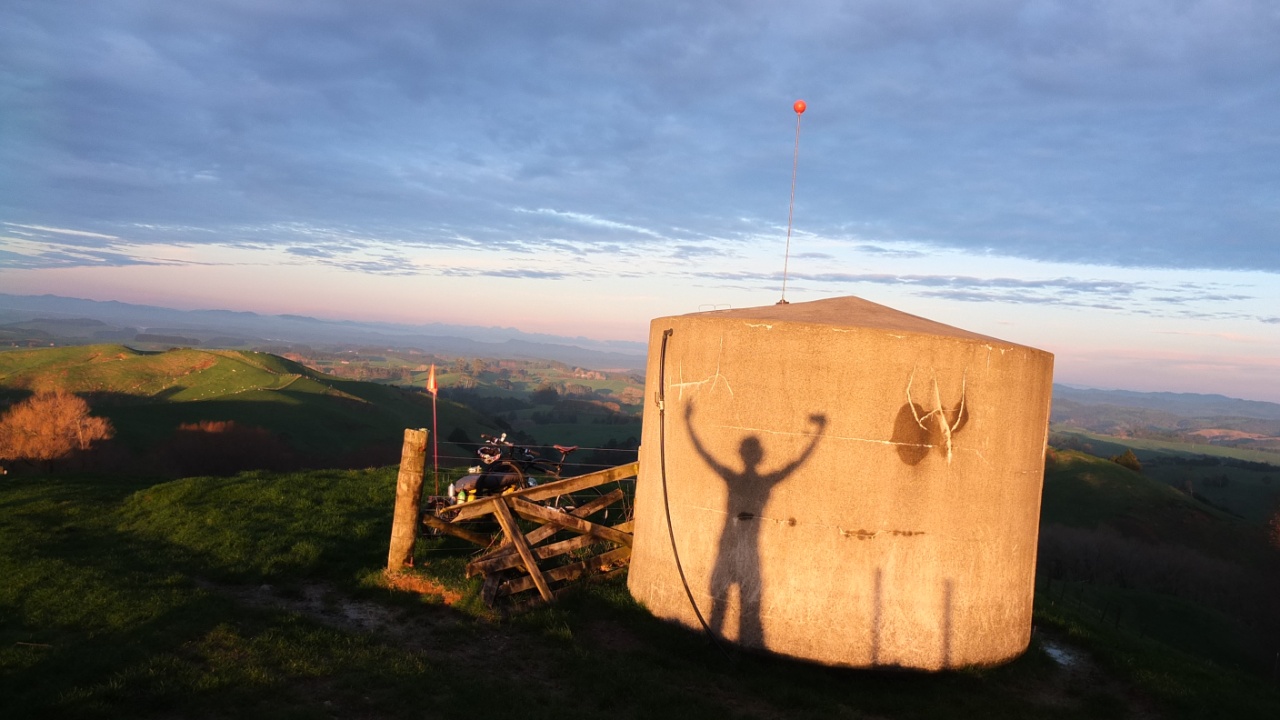 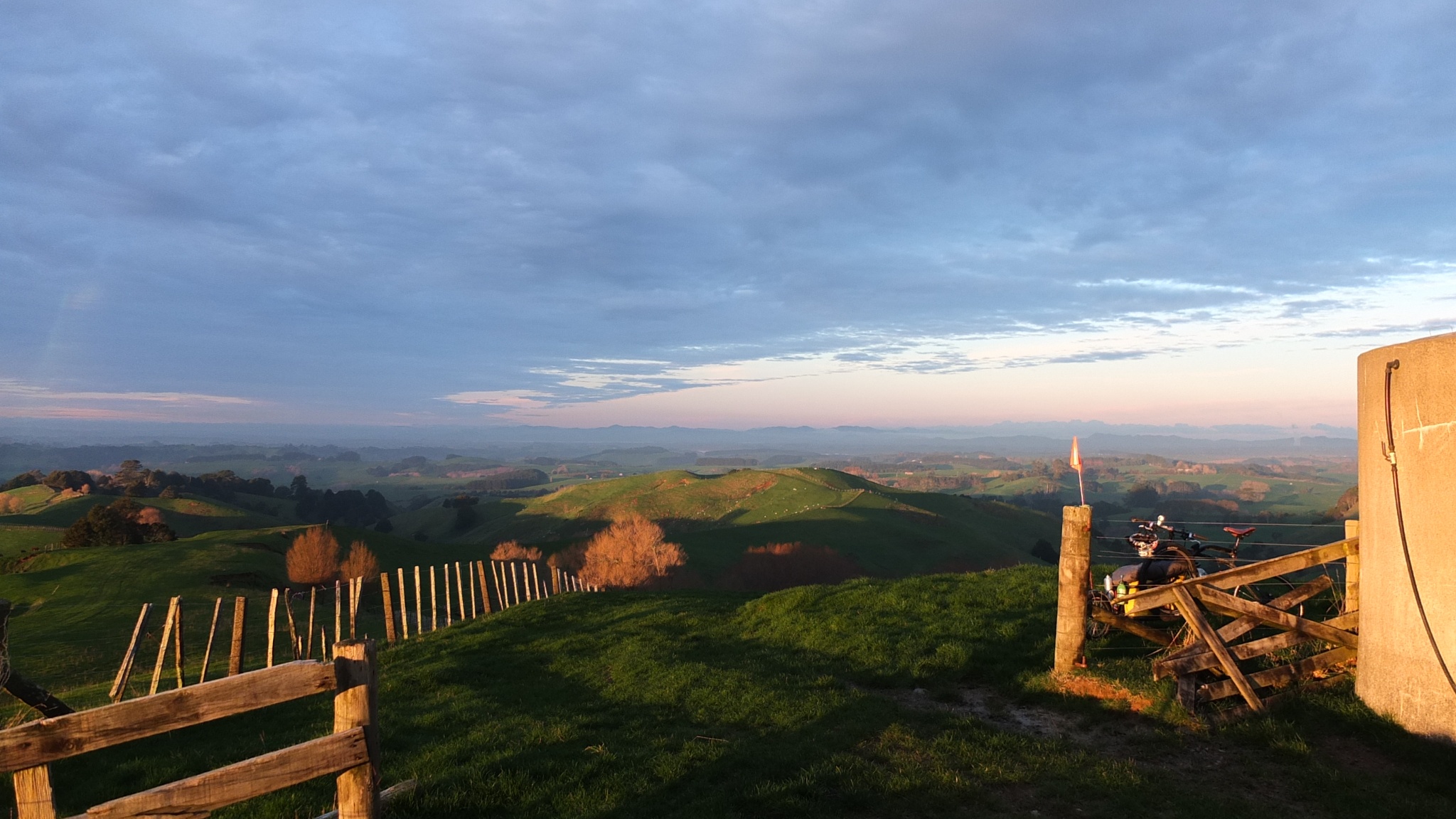 I could take so many. I like this spot! 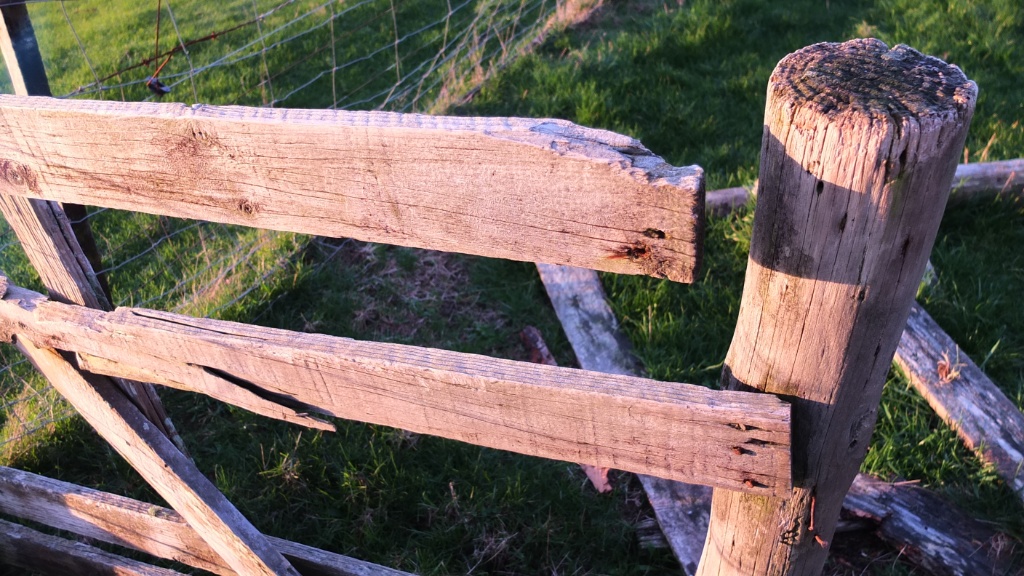 Why the colours of this picture don’t look as good as I expected? I don’t know but it was way better in reality.

Onto the summit of this hill I can see to 360°! I can’t take any picture because it’s too dark but I’m going to describe the scene as best as possible as I want to remember this moment.
There is no wind, neither noise. The temperature is cool. The sky is half covered by long thin clouds and we are able to enjoy the stars and constellations through the holes. There is the “Southern Cross”, the “Orion belt” and that’s the only ones I know :-D.
Towards the south there is a massive diffuse yellowish light behind the clouds certainly provoked by the moon. Along the darks shadowed hills there is some blinking lights made by the human civilization. In every valley the fog is present and releases a special atmosphere.
Towards the North, Auckland. It’s not possible to see the city directly but there is also a large diffused light on the background behinds the hills. It’s like there is two moons but we are not able to see them, just imagined them.
This place is simple and magic :-)