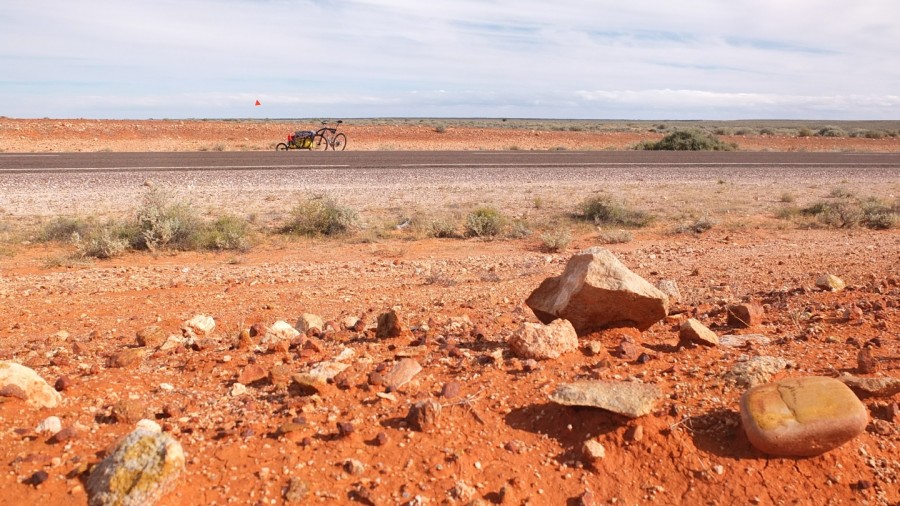 Hey, this is my third day cycling in the Australian desert. Unfortunately, for the second day in a row the wind is against me. It’s not a strong wind though but always a bit annoying. Looking at the map yesterday I realized that Pimba is on the top of a hill. And, I will spend all my day going up hill again. Regards the sightseeing, there is still some salted lakes around today and I got water at Lake Hart rest area (40km from Pimba), nice! 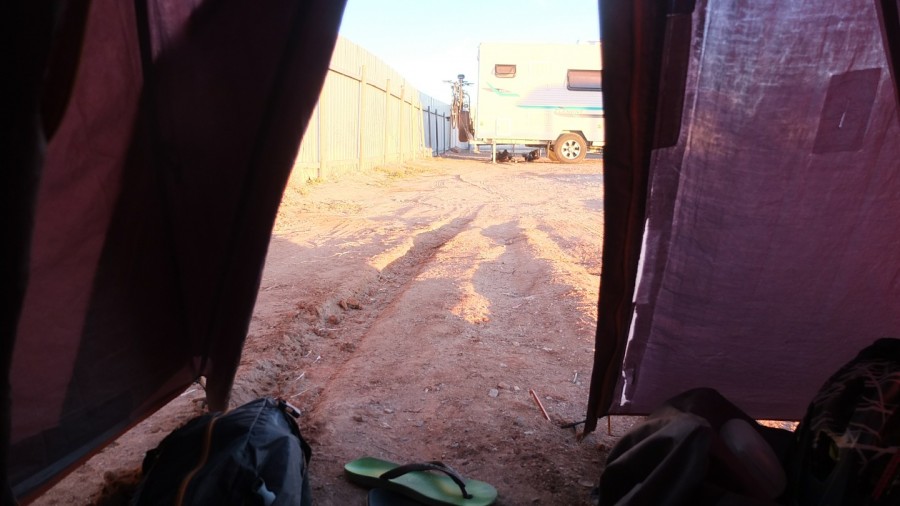 Let’s start from the beginning now :-) I had a great night and the temperature was very nice. 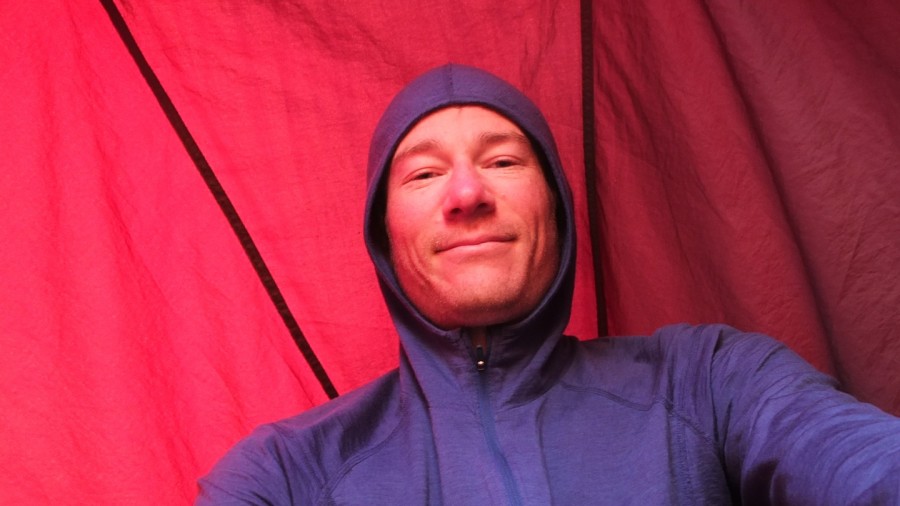 I’m not cold, I just like the T-shirt and its hood for mornings. 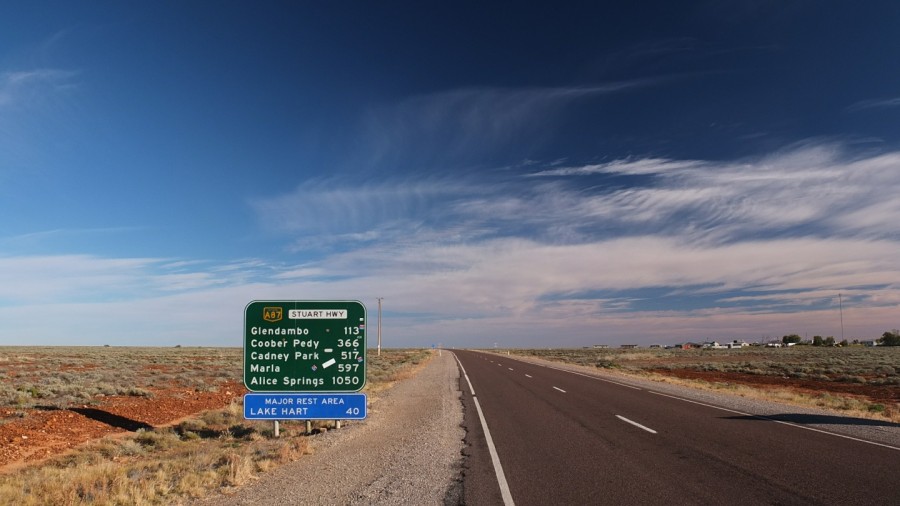 it’s now 8:35am and I’m finally on the road. Next destination: Glendambo. 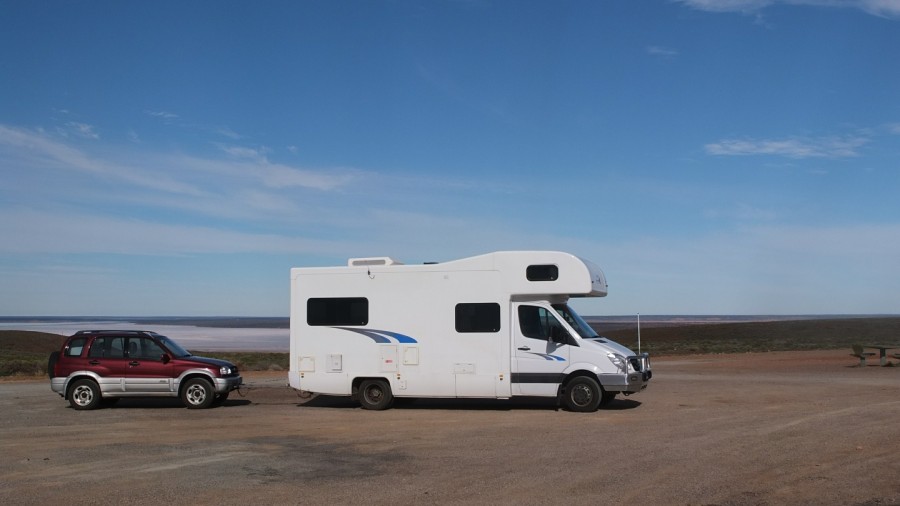 20km, more than an hour later, I take my first break just when there is a basic rest area. This camper van is actually towing this car. Those guys are so well equipped and there is a lot like them on the road. 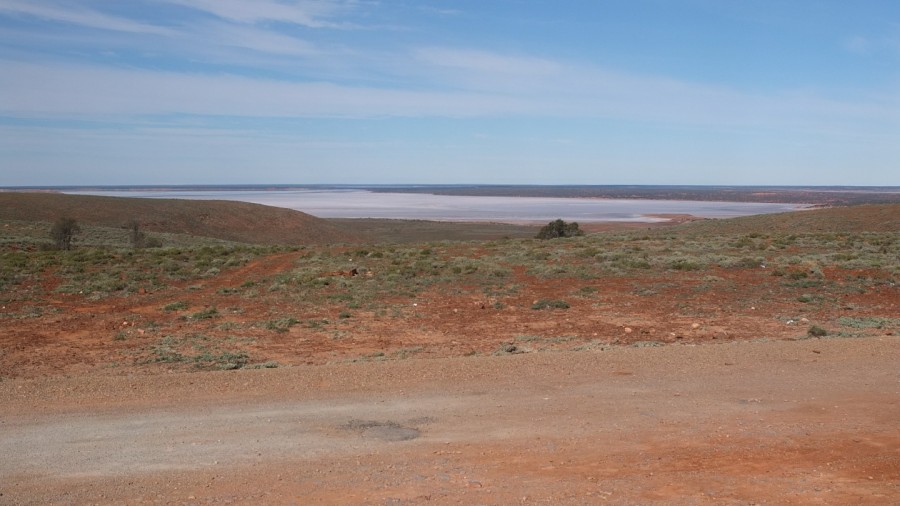 That’s the view from the rest area. A huge salted lake. 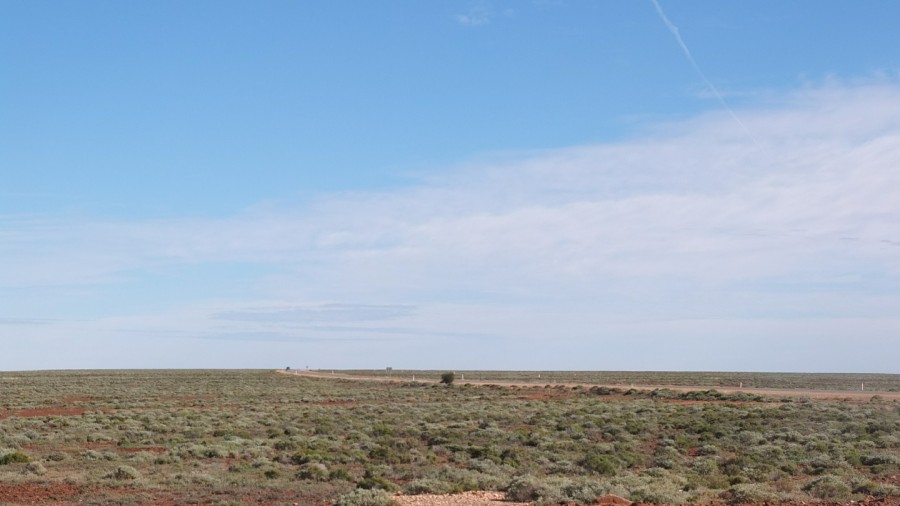 And this is the main highway where I’m heading. Crazy nothing! 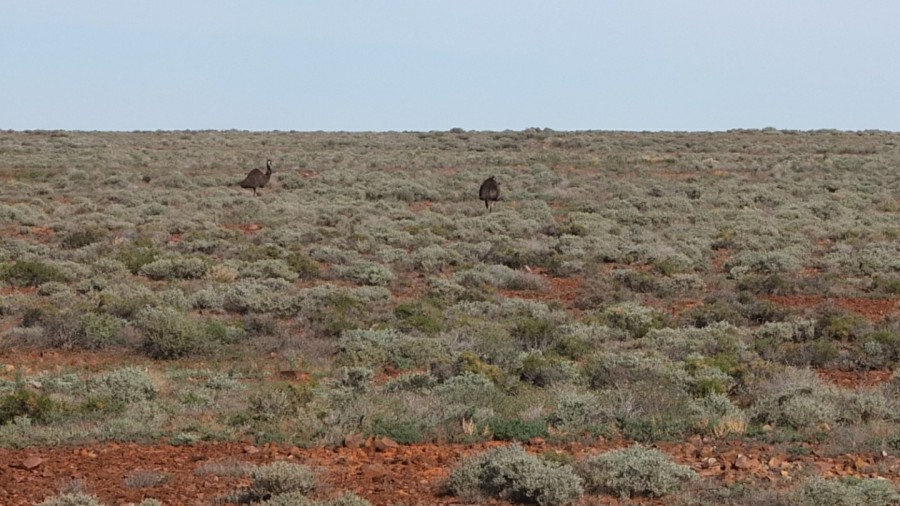 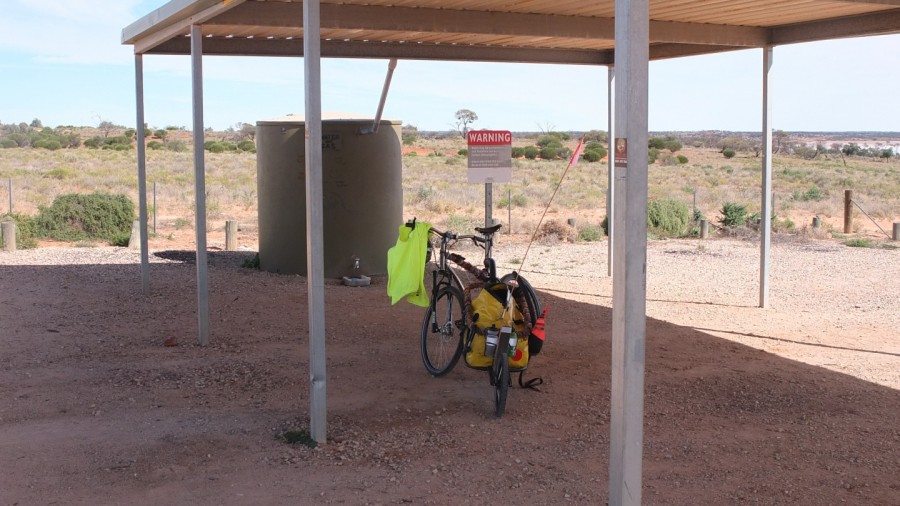 40km from Pimba and I’ve reach Lake Hart rest area. There is a rainwater tank with lots of water apparently. They say it’s not drinkable but I will filter it and fill all my bottle. I’m carrying about 7 litres now.

I’ve met Robert here and we had a chat. He told me that his father was a pushbike man as well back in 1936. He did something like 500km from, somewhere between Adelaide and Perth, to Perth in one shot! Like, day and night non stop with a 3 gear bicycle! Robert doesn’t know how he did it but apparently he did. Crazy guy! 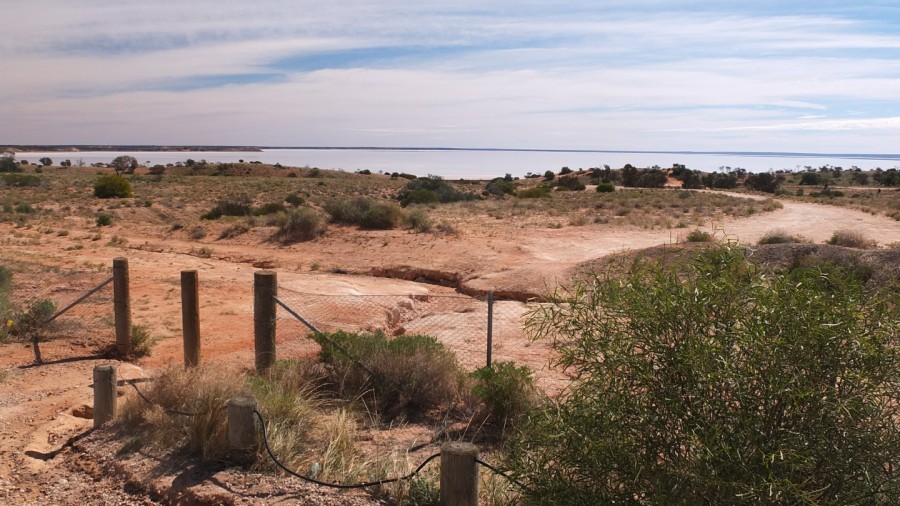 Lake Hart. Too big for my camera again. 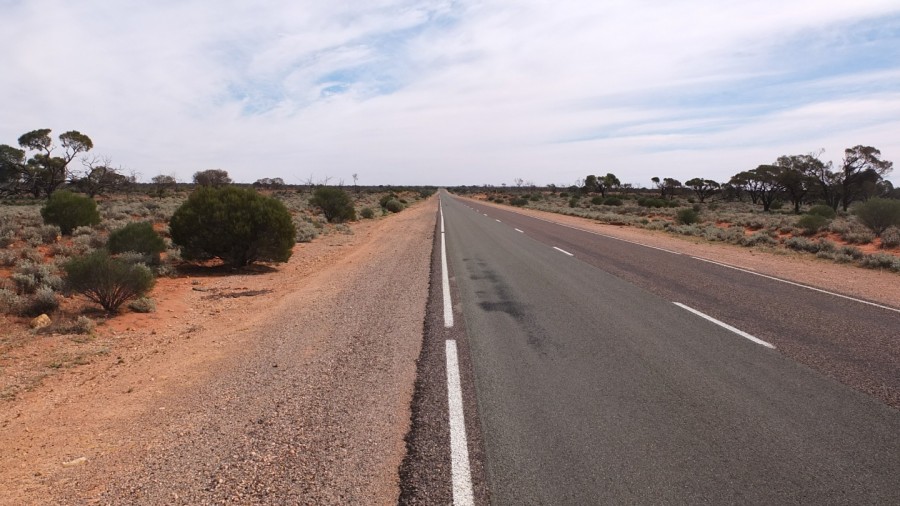 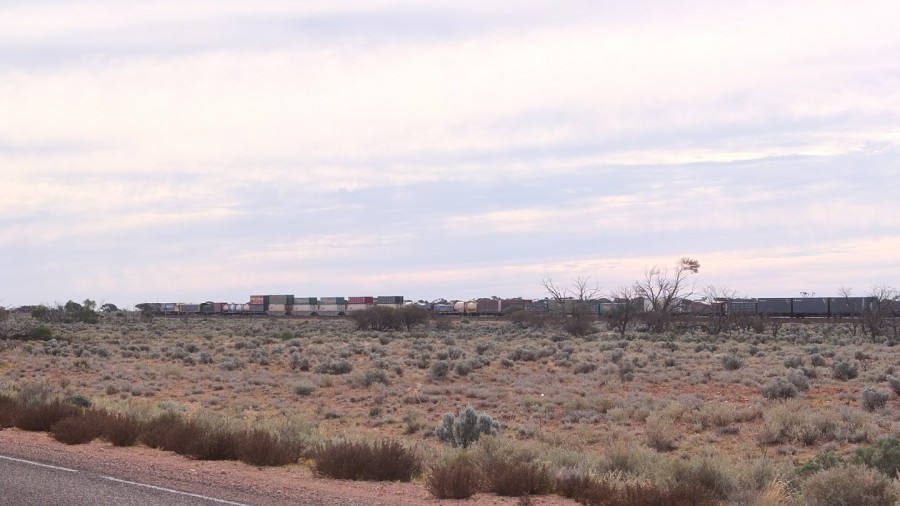 That’s nice to see the train passing by every 2 hours maybe. 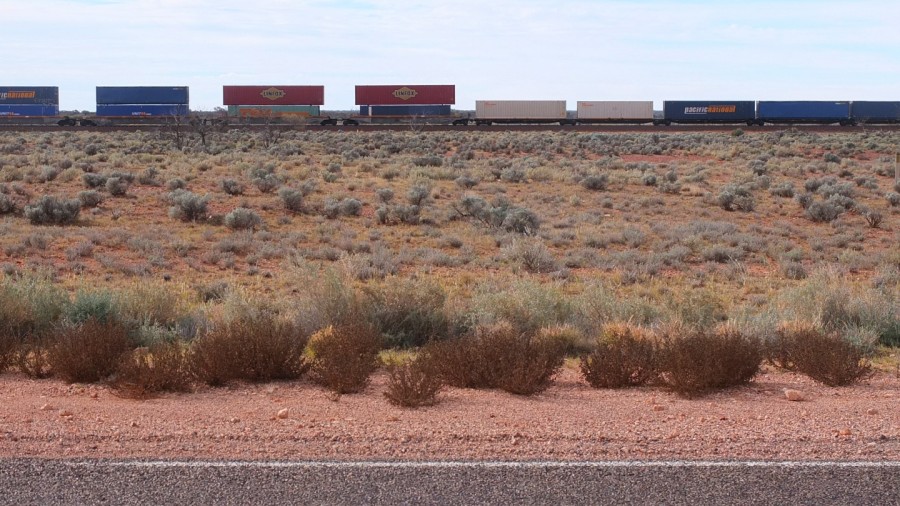 I wish I could put my bike on it and travel like this for a day sometimes :-) Would be good! 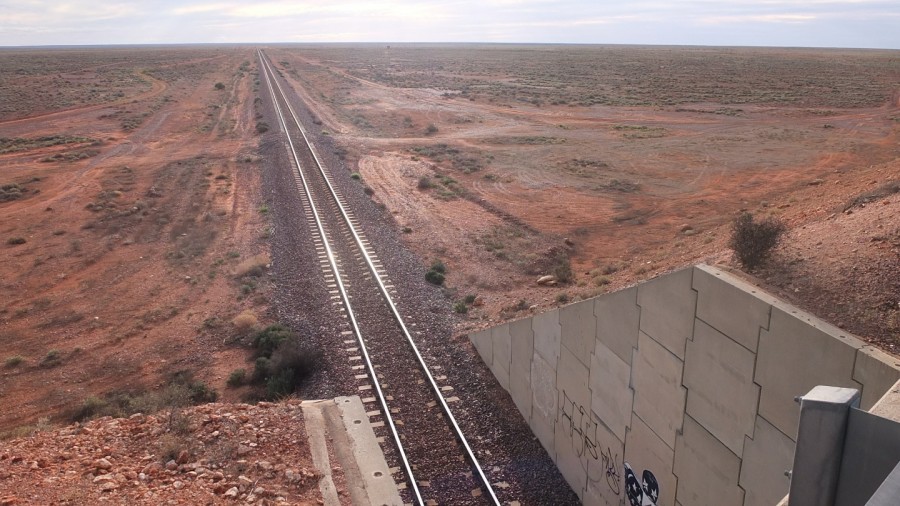 This is now 102km and I’m nearly there. Come on! This train line is scary! 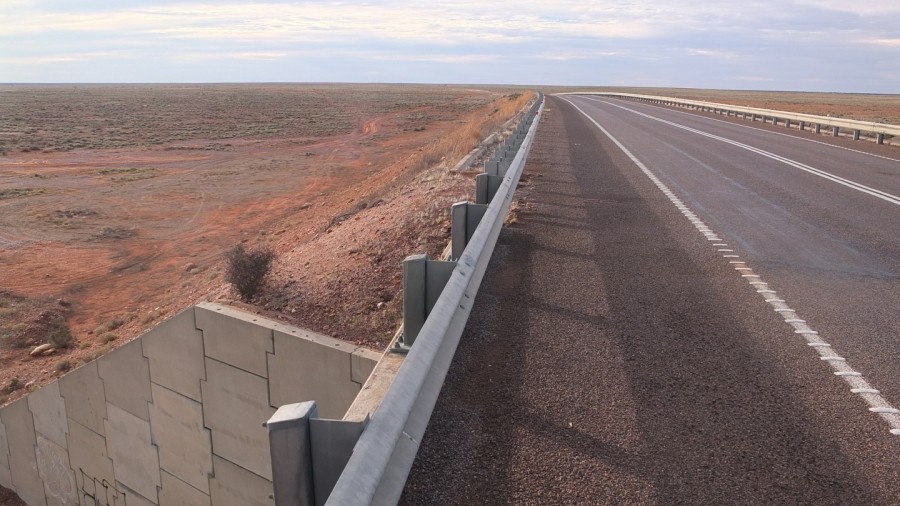 That’s the way. Hard to be lost. 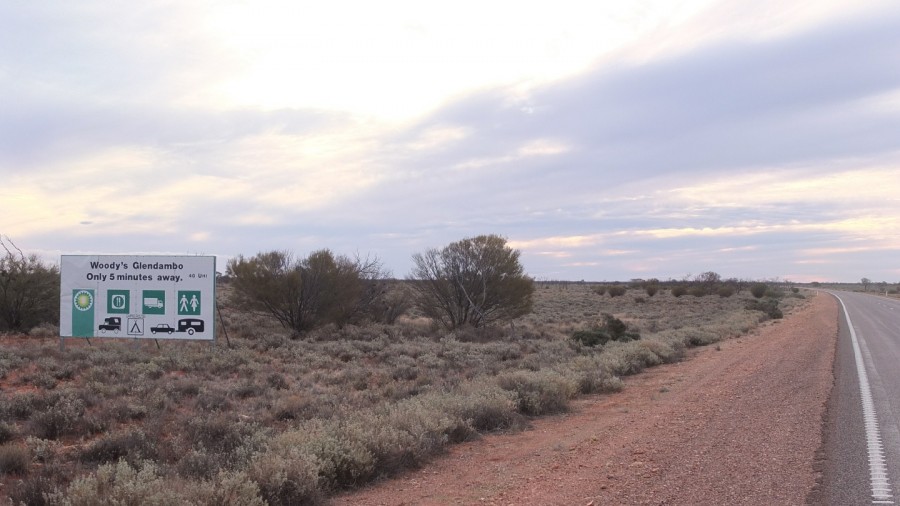 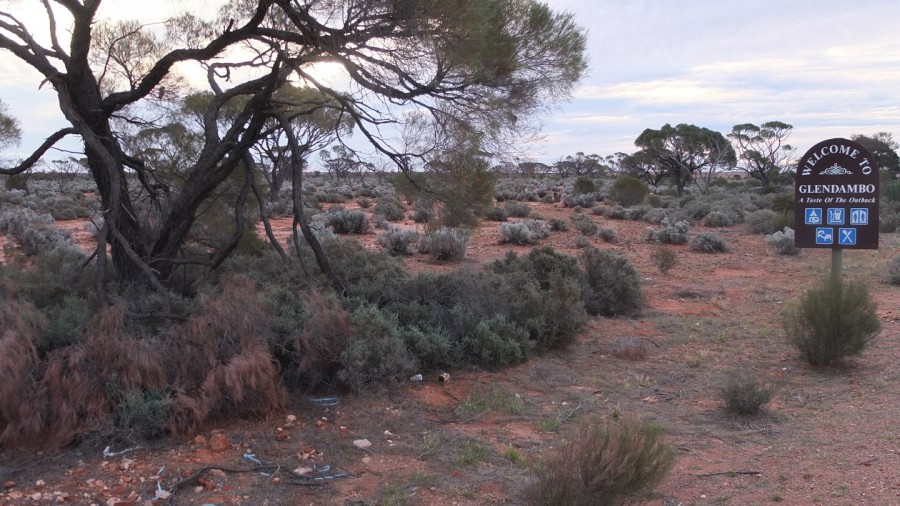 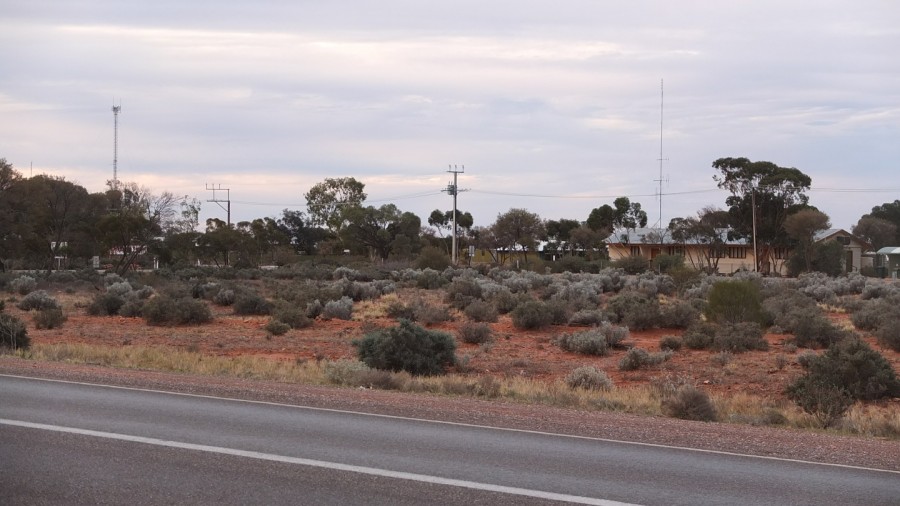 I could see the telecommunication tower since a while so I k new the town was here. 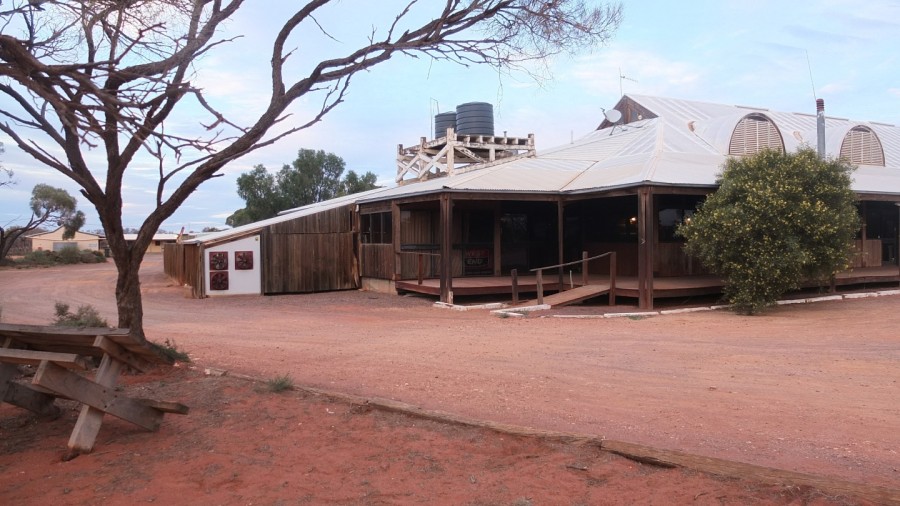 This is the hotel restaurant of Glendambo. 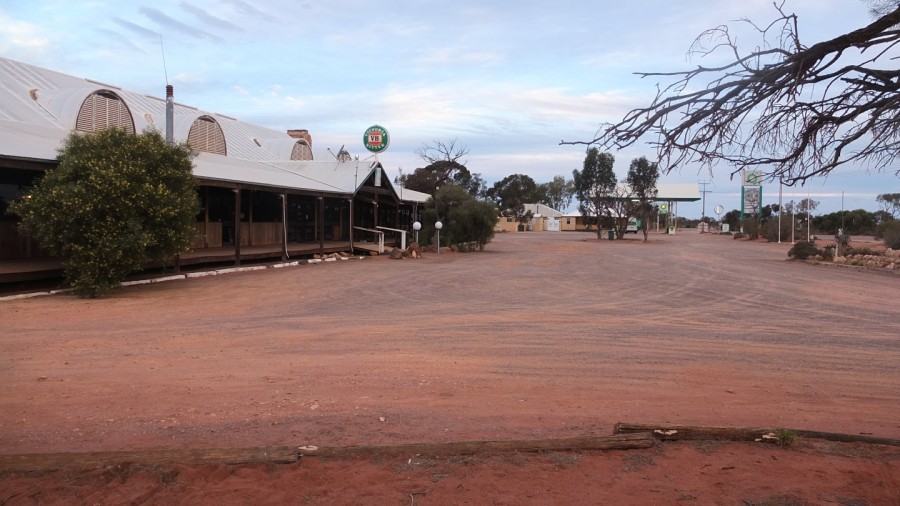 There is two petrol stations and one campsite but I’m not going to use it. I will sleep around in the bush. I’ve spotted some public toilets on the other side. The water is not drinkable but I will filter it again tomorrow morning. 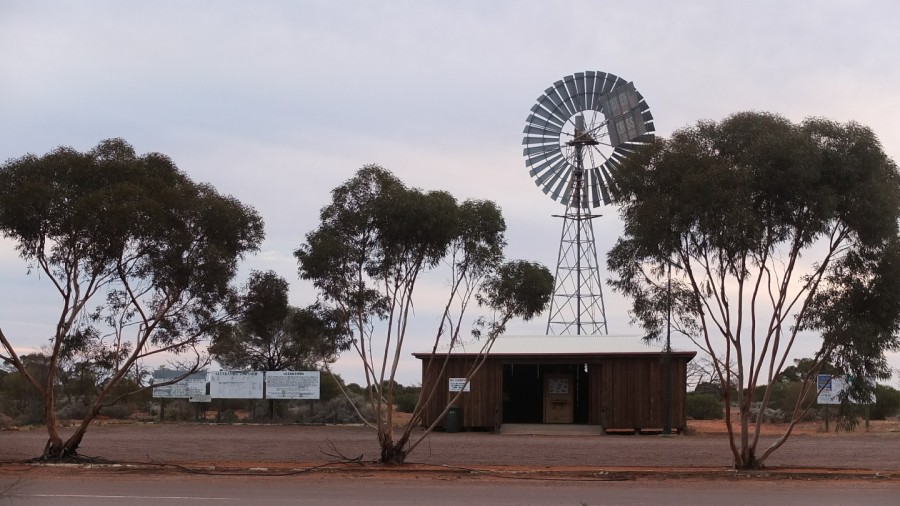 This is the real outback and that day was long and a bit hard. I will have a day off soon I guess. Maybe in Coober Pedy or the day before. Fortunately lots of people who pass me on the road say “Hello” or show there thumbs up which is motivated :-)