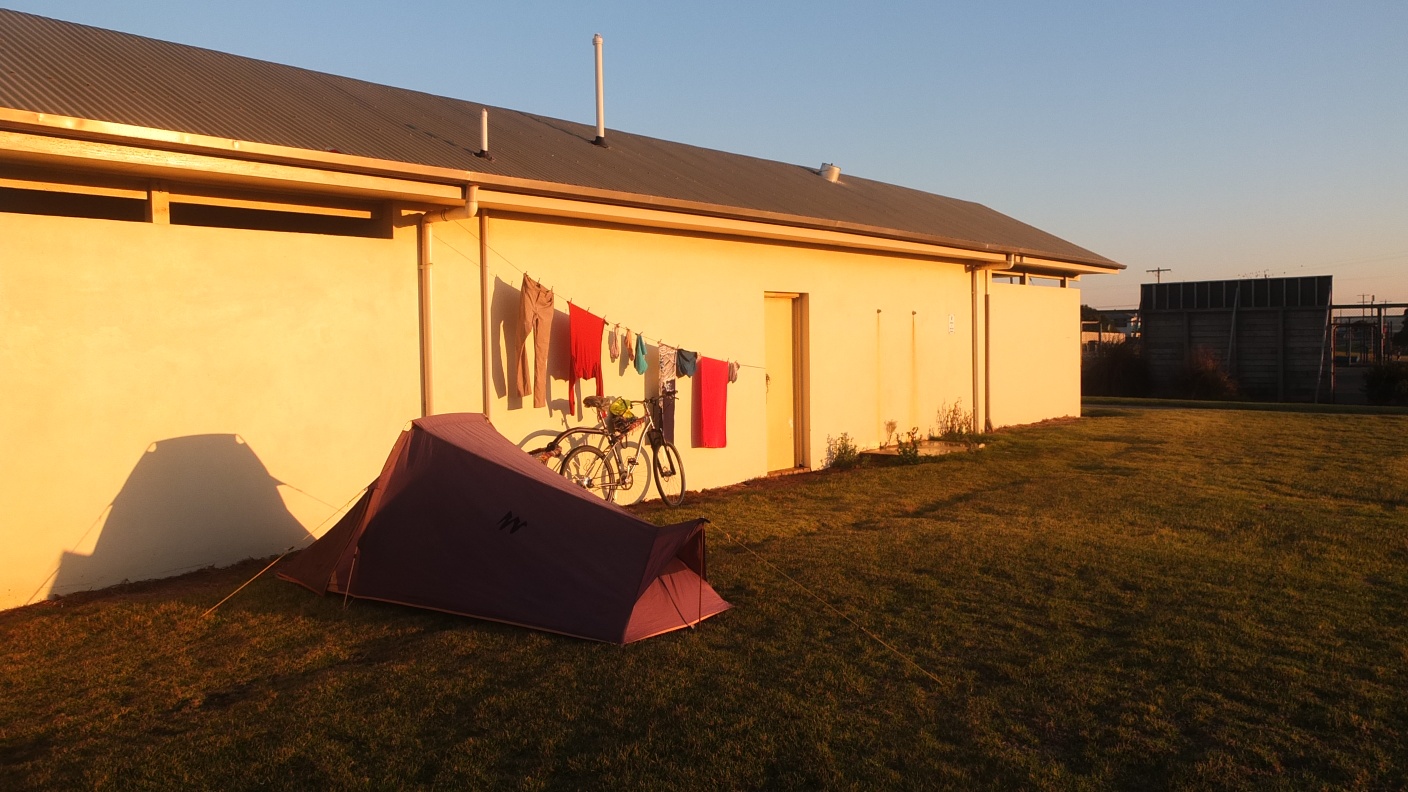 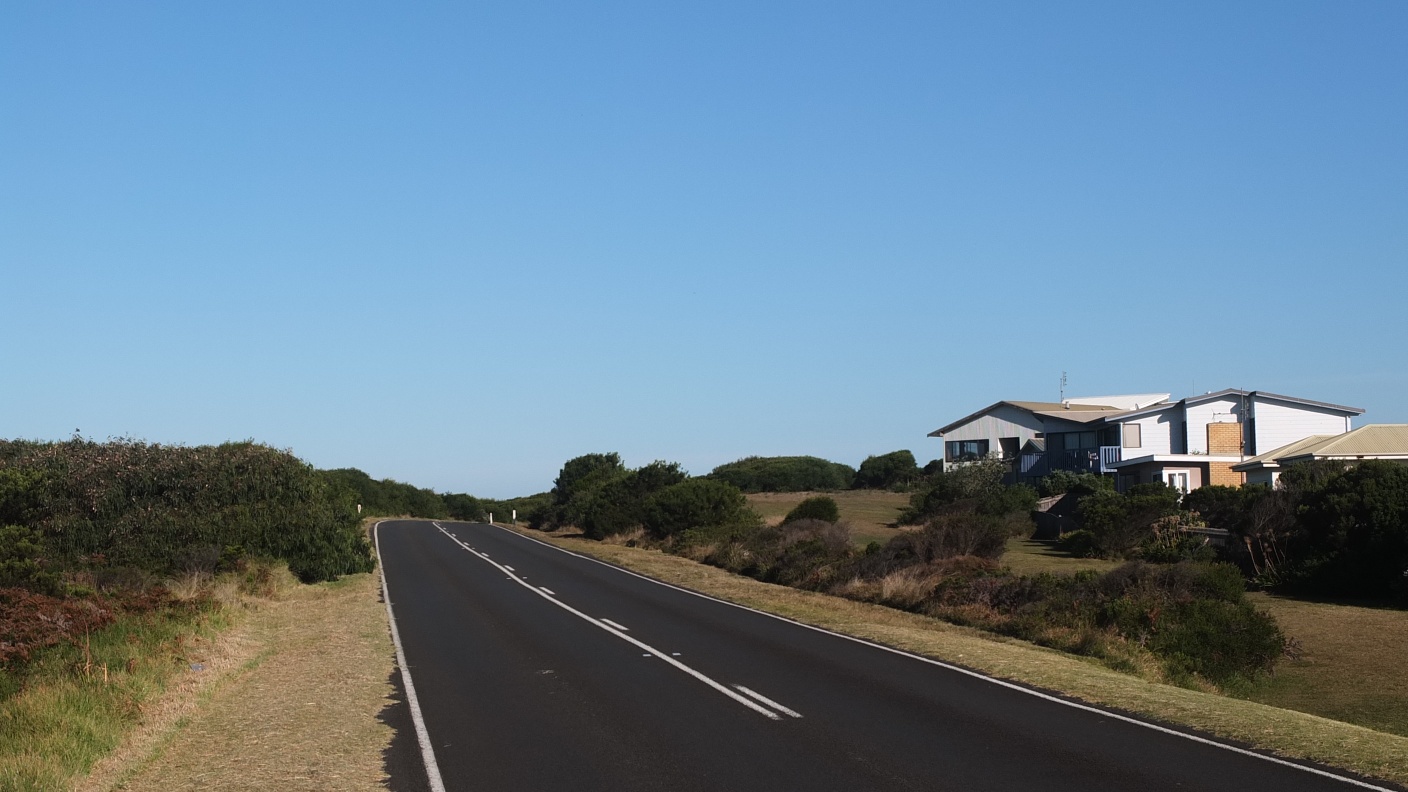 The sky is stuning today. Absolutely no clouds around. I hope it’s going to stay like this all the day :-) 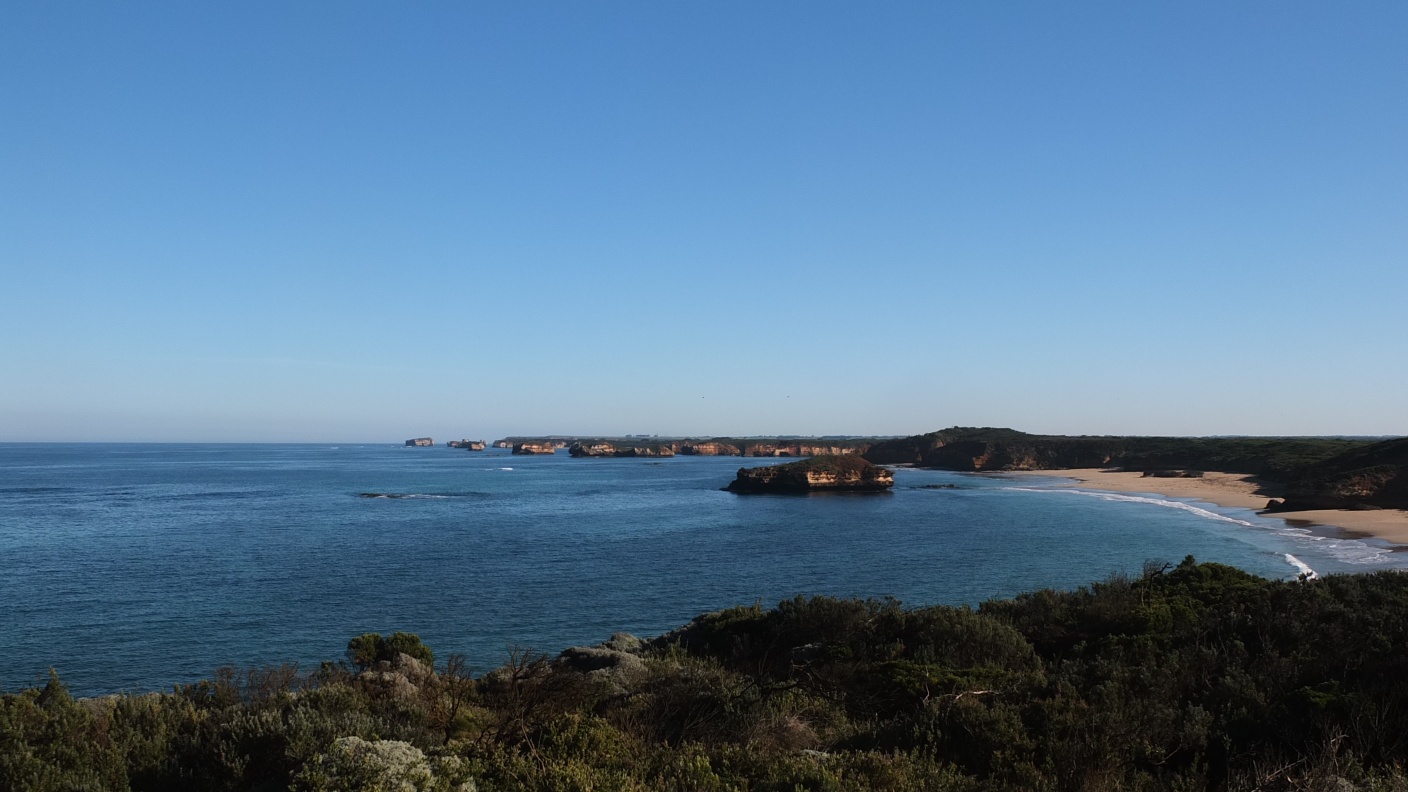 Hey, more rocks today ;-) I’m cycling along the coast for a little while before going inland. 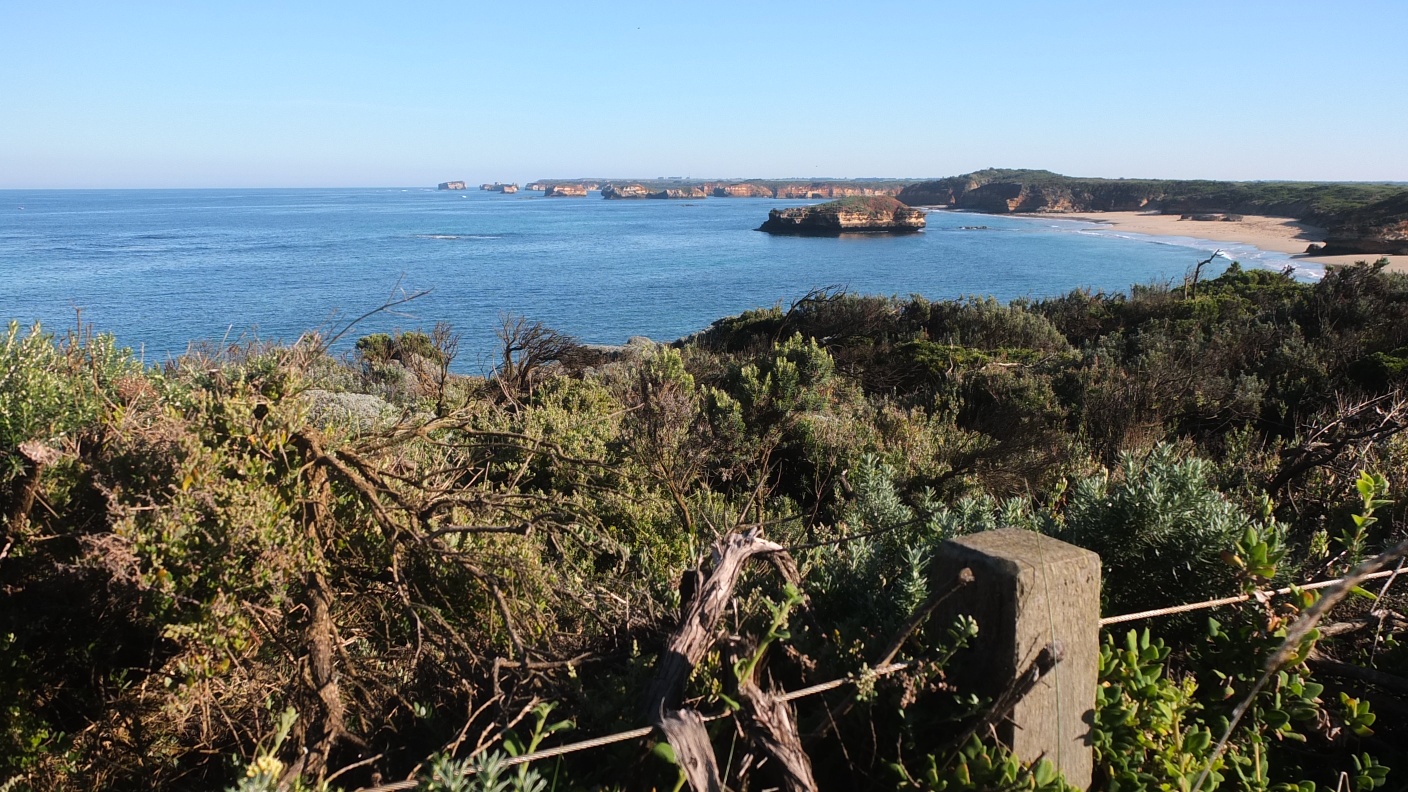 It’s hard to get somthing nice… 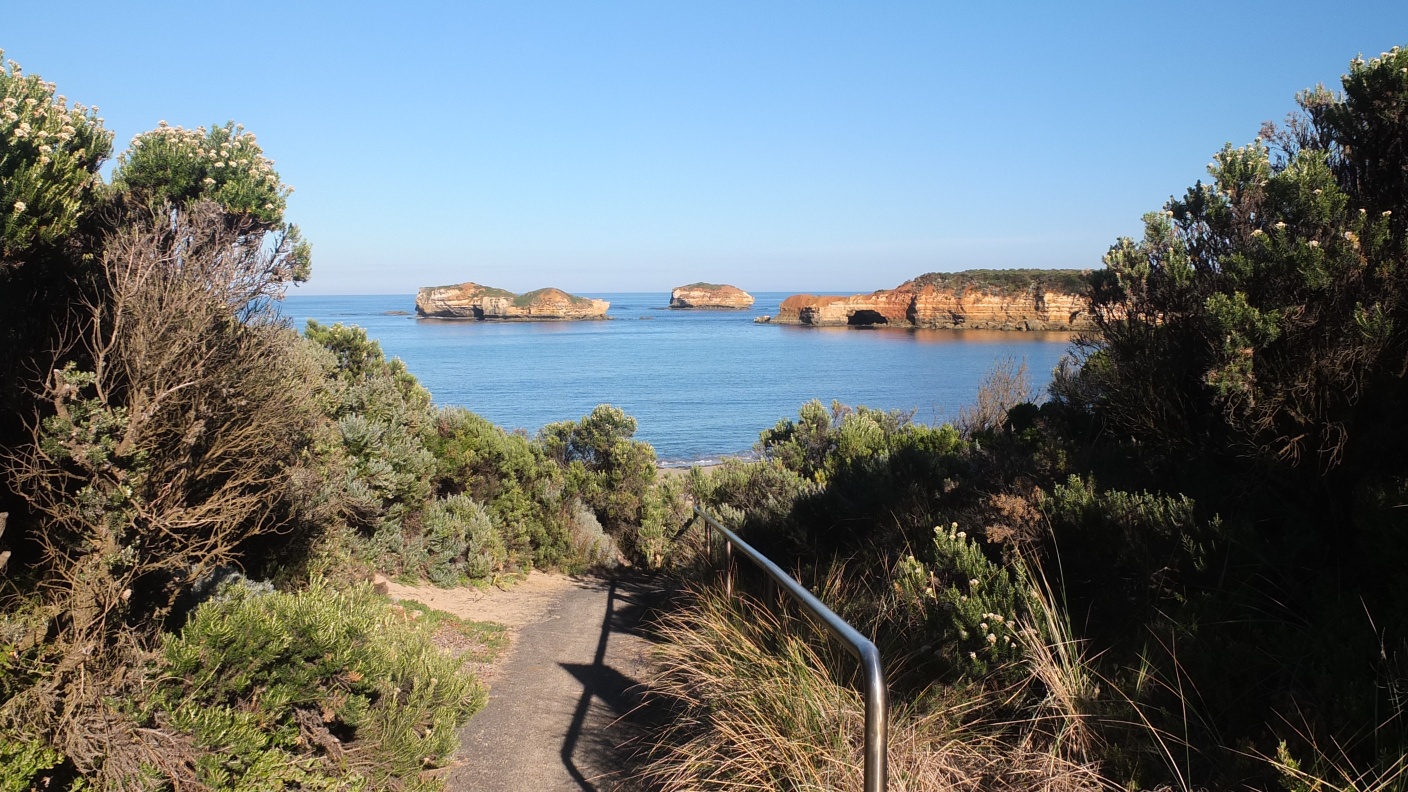 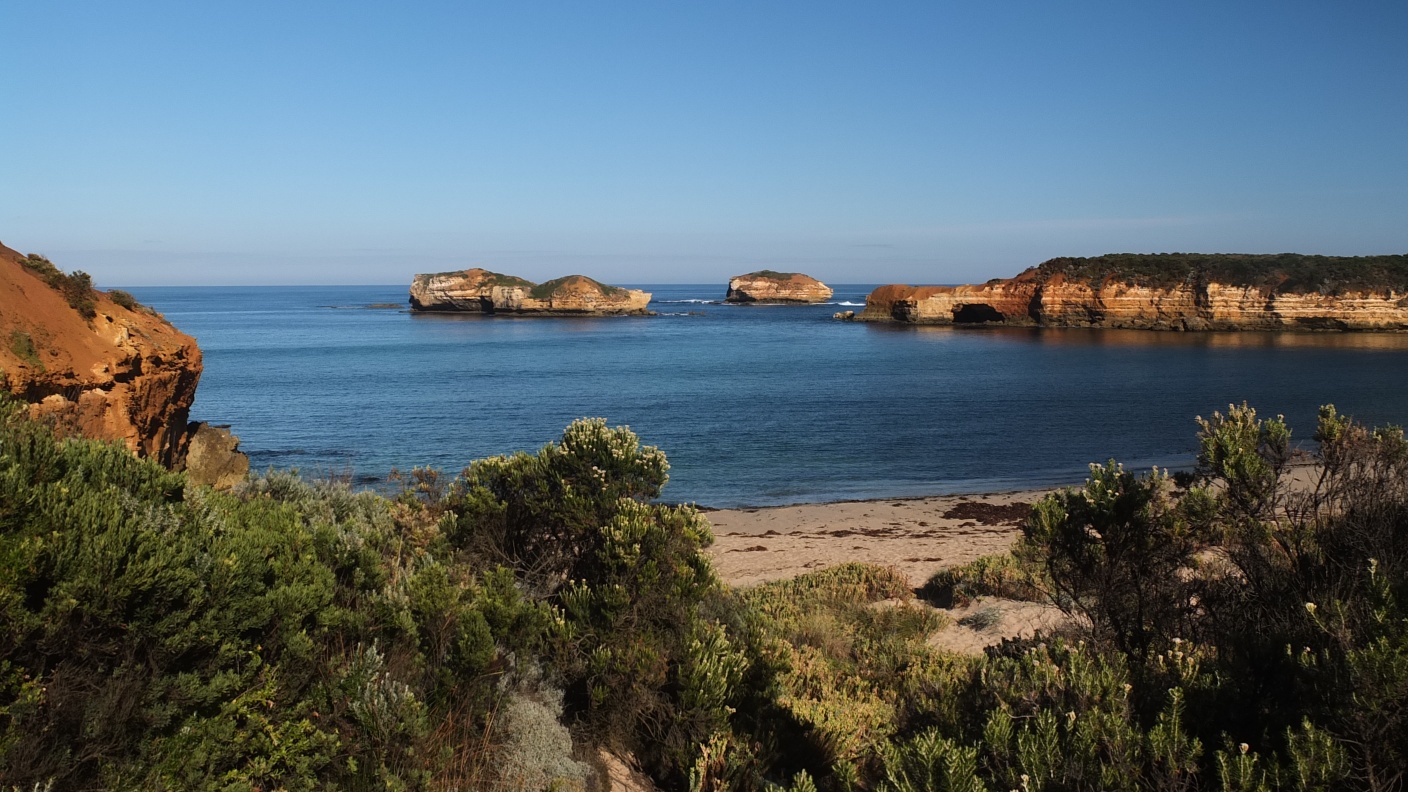 This is as nice as the other tourist places except those rock formations are not that high. But now, no tourist at all here… 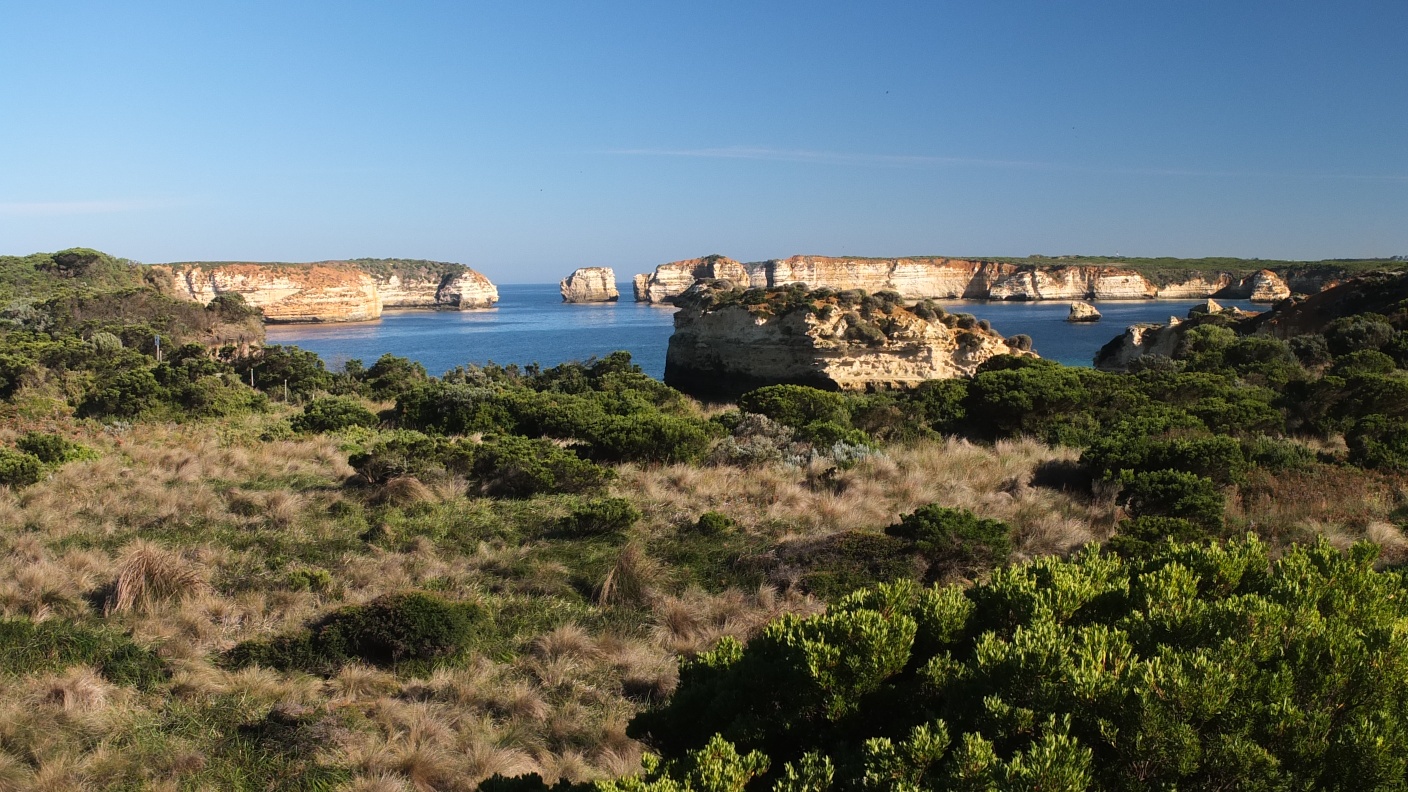 This is “Bay of Island”. It looks great! 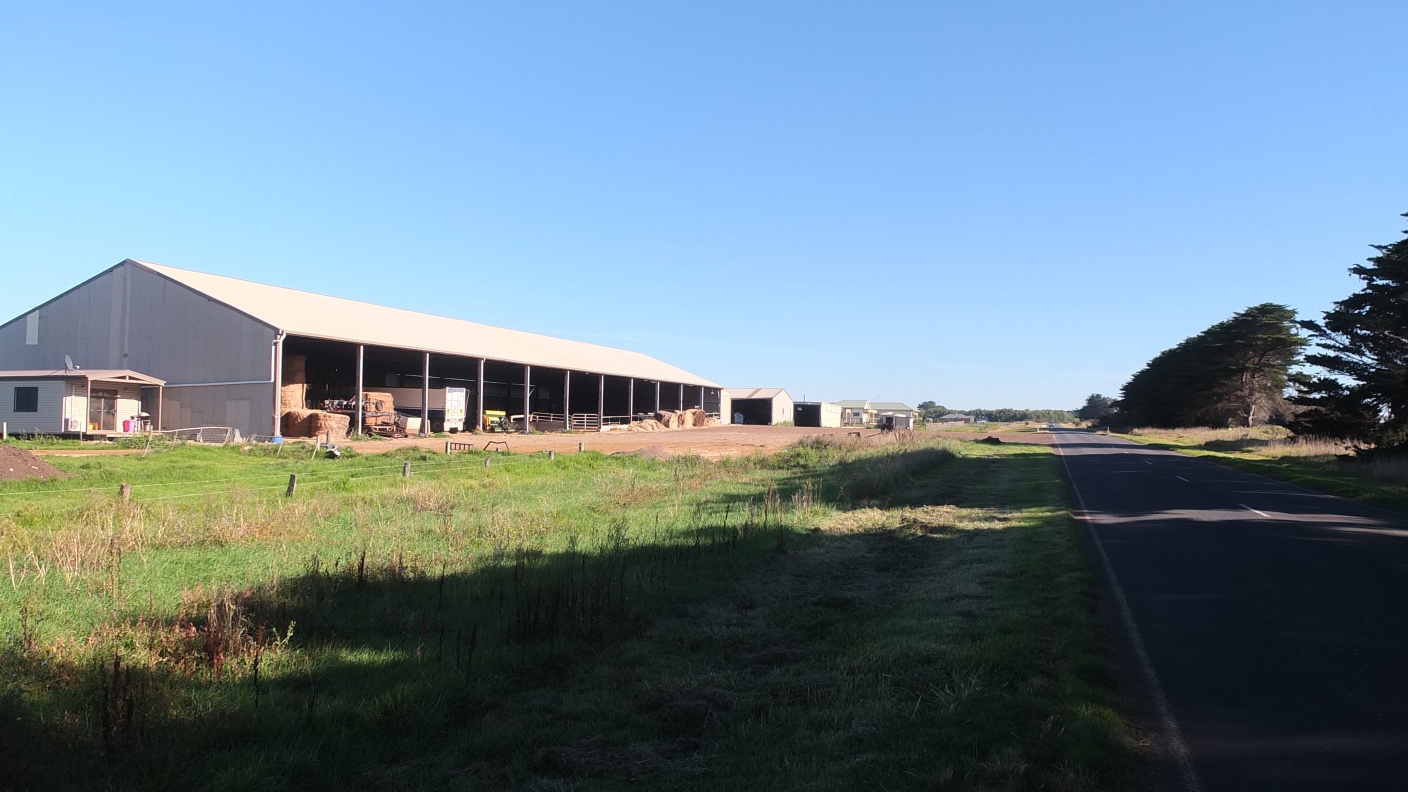 The coastline is finished for today. I won’t stay far away from it but it will be still too far to see the ocean. Nevermind, this is good as well and I will appreciate even more going back there.

Later on, some backpackers in a van drove next to me during I was cycling. The guy was shouting some short question at me like: Where are you from? Where are you going? He said he saw me in Apollo bay (That was 2 days ago I think) and then he said :

We did a “high five” and the Van was gone. That’s really nice when some people do things like this. I feel like I’ve got a bunch of energy coming up as well as my motivation gets bump up. Let’s do it!

Even two days ago when I was arriving to Glenaire, two cars overtaken me and, in the first one, a girl with her head out the window told me “Keep going!”. Then a guy from the second car (They might have been together) waved his hand and smiled at me.

The same day, just after Lorne, another guy on a road bike passed me by and said “This is a great job your are doing”. Oh, thanks for that :-)

Those little things are always a shot of energy for me :-) I really appreciate and it’s happening at least once per day. I just forget too often to mention it and it’s important for us cyclists! 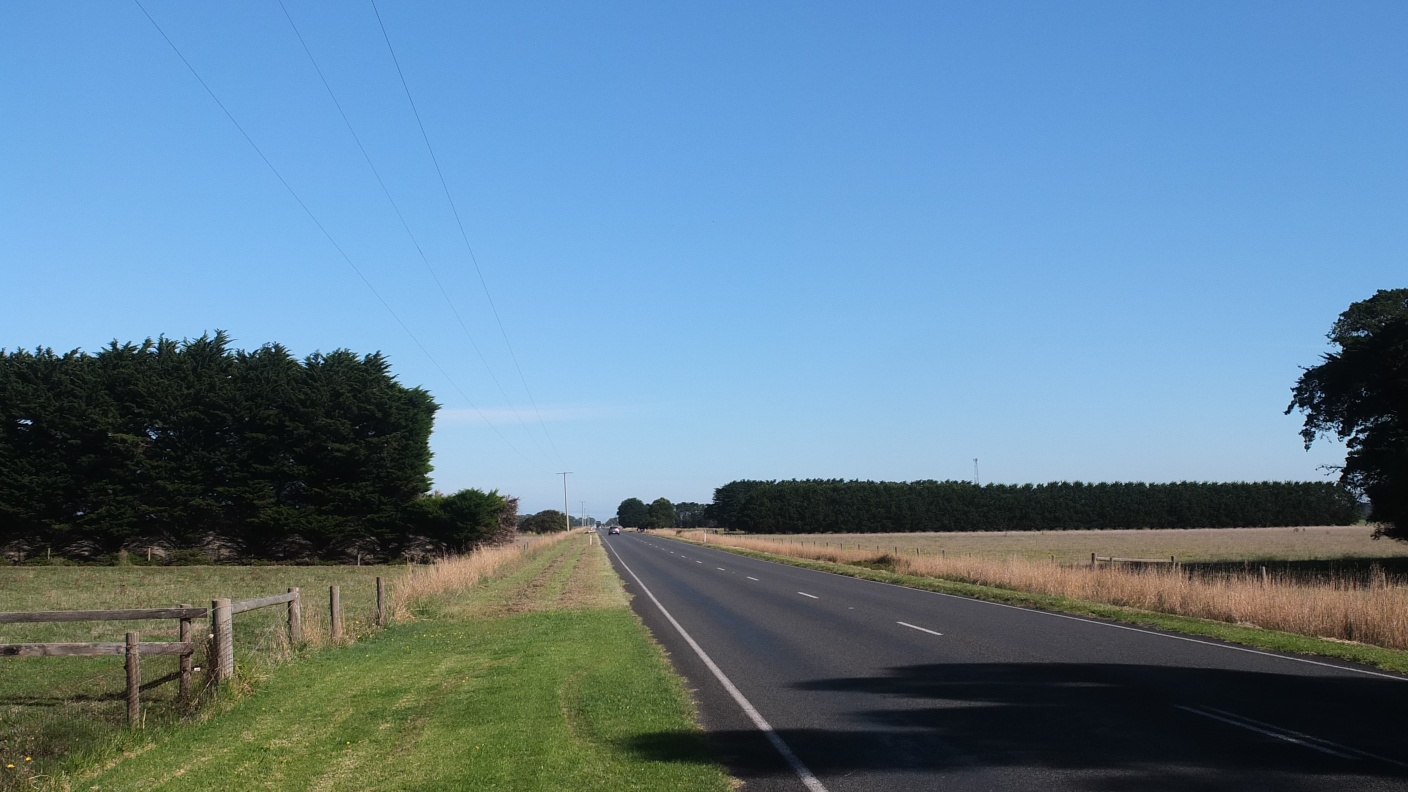 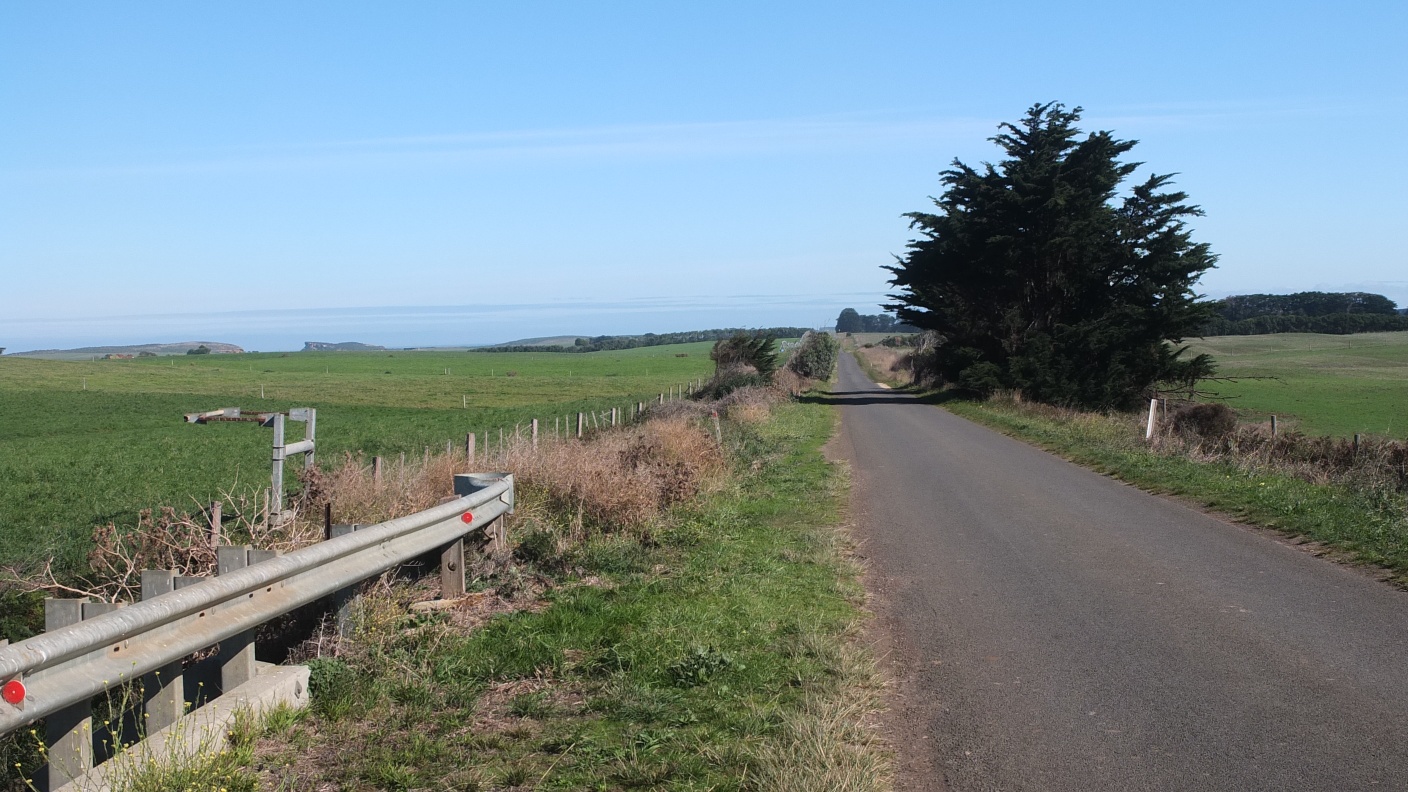 I’ve left the highway and all its noisy car to cycle on a smaller and nicer road :-) 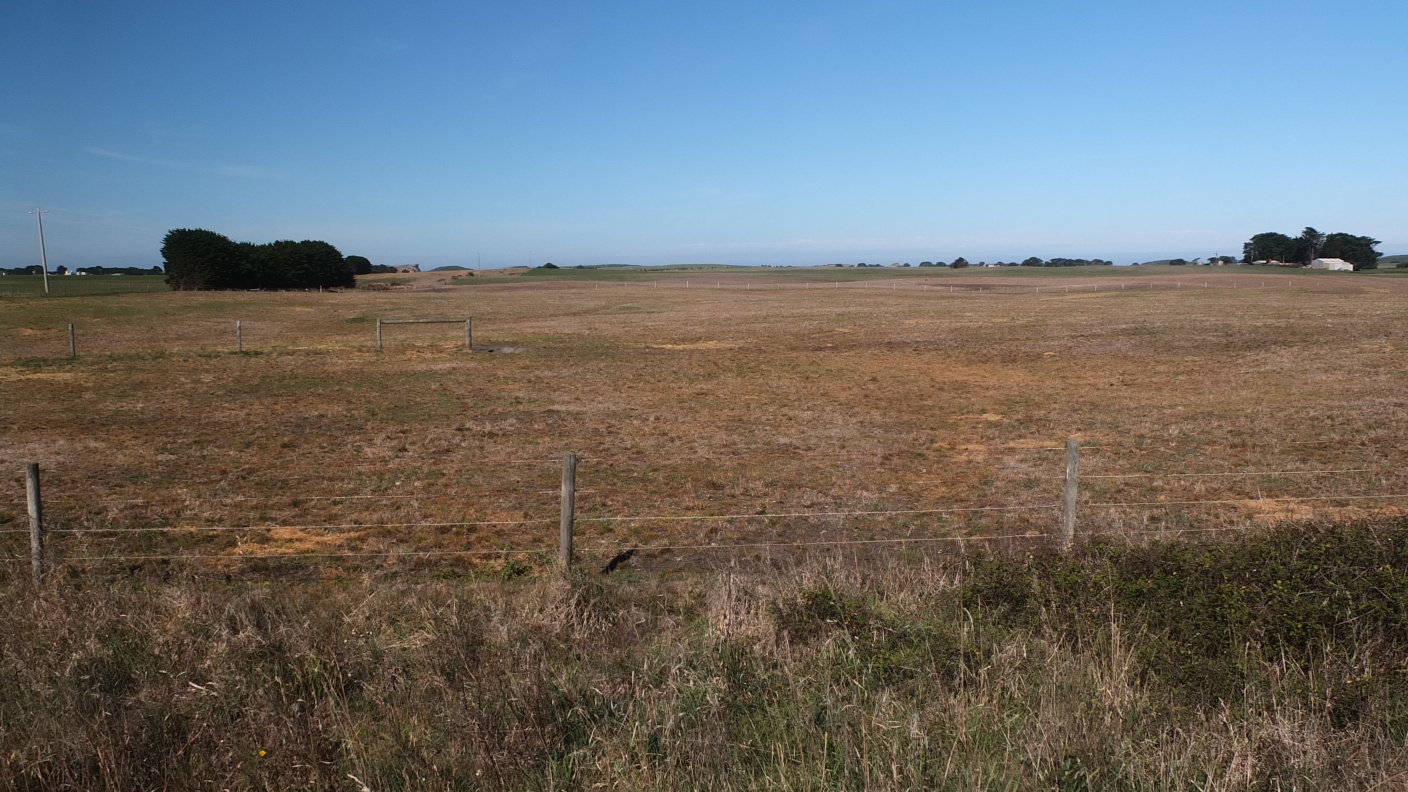 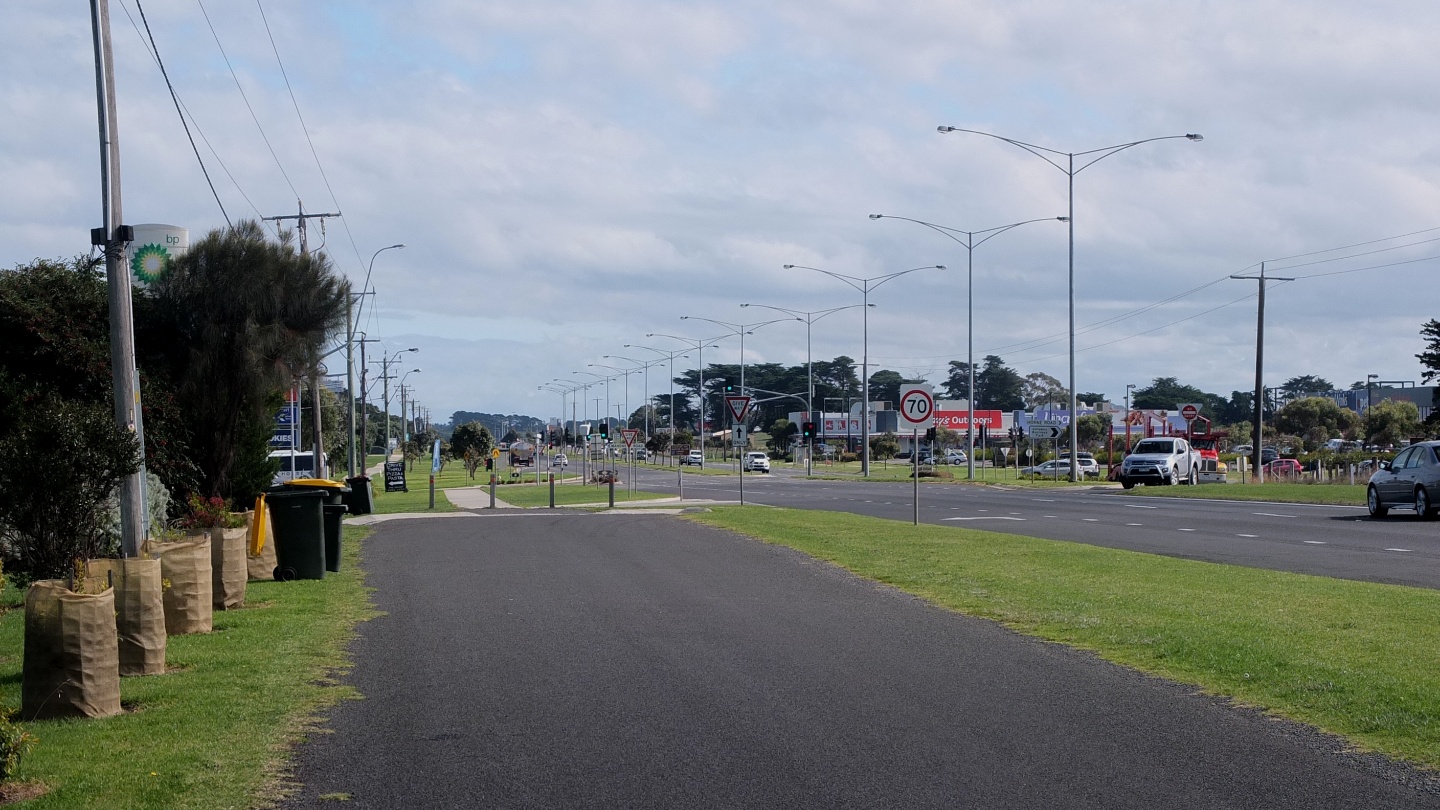 I’ve got headwind now and even if it’s going downhill I’m still slow. 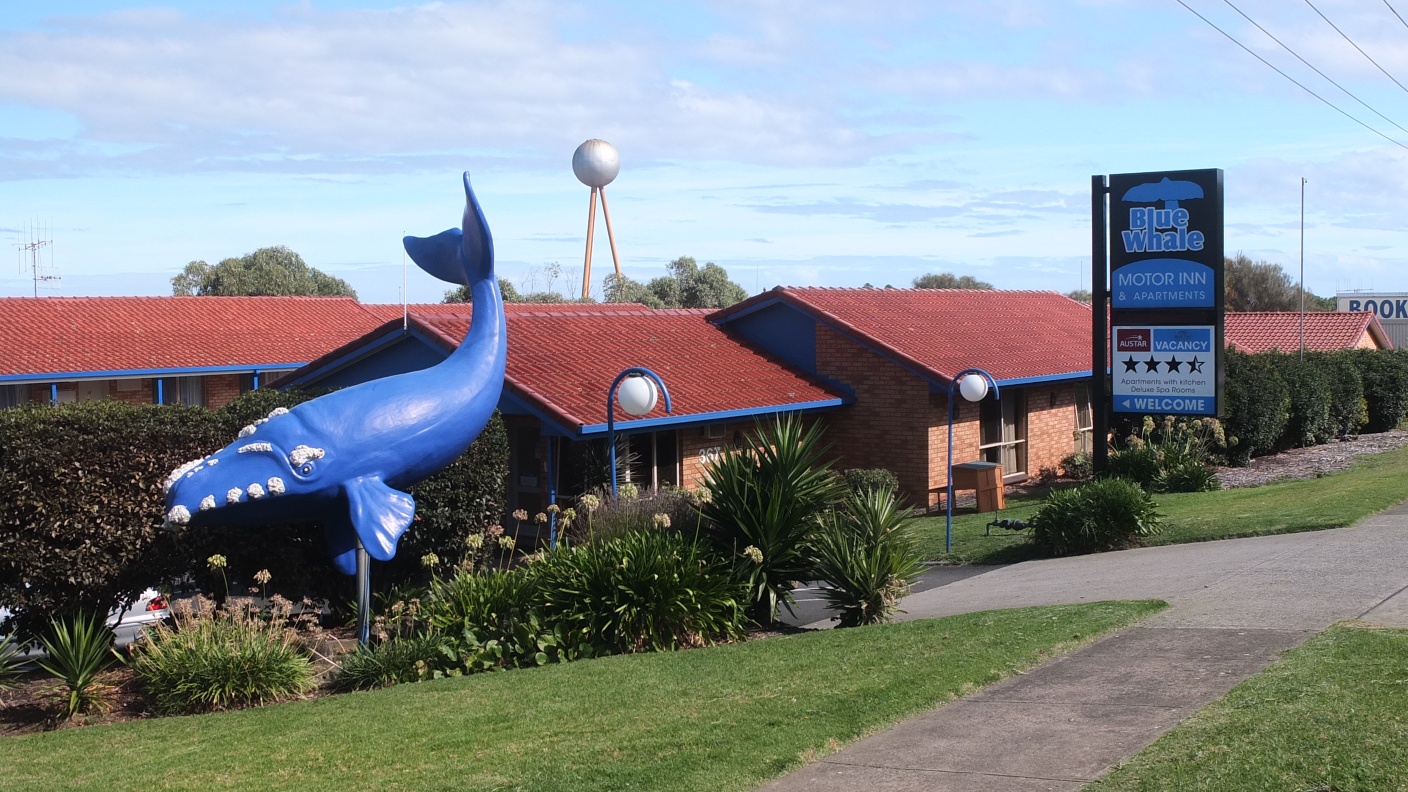 Warrnambool! This is the city where I’m going to have my lunch and then I will find a library to work on my blog. I’ve got so much picture to upload from the last two days and I’m short in data. 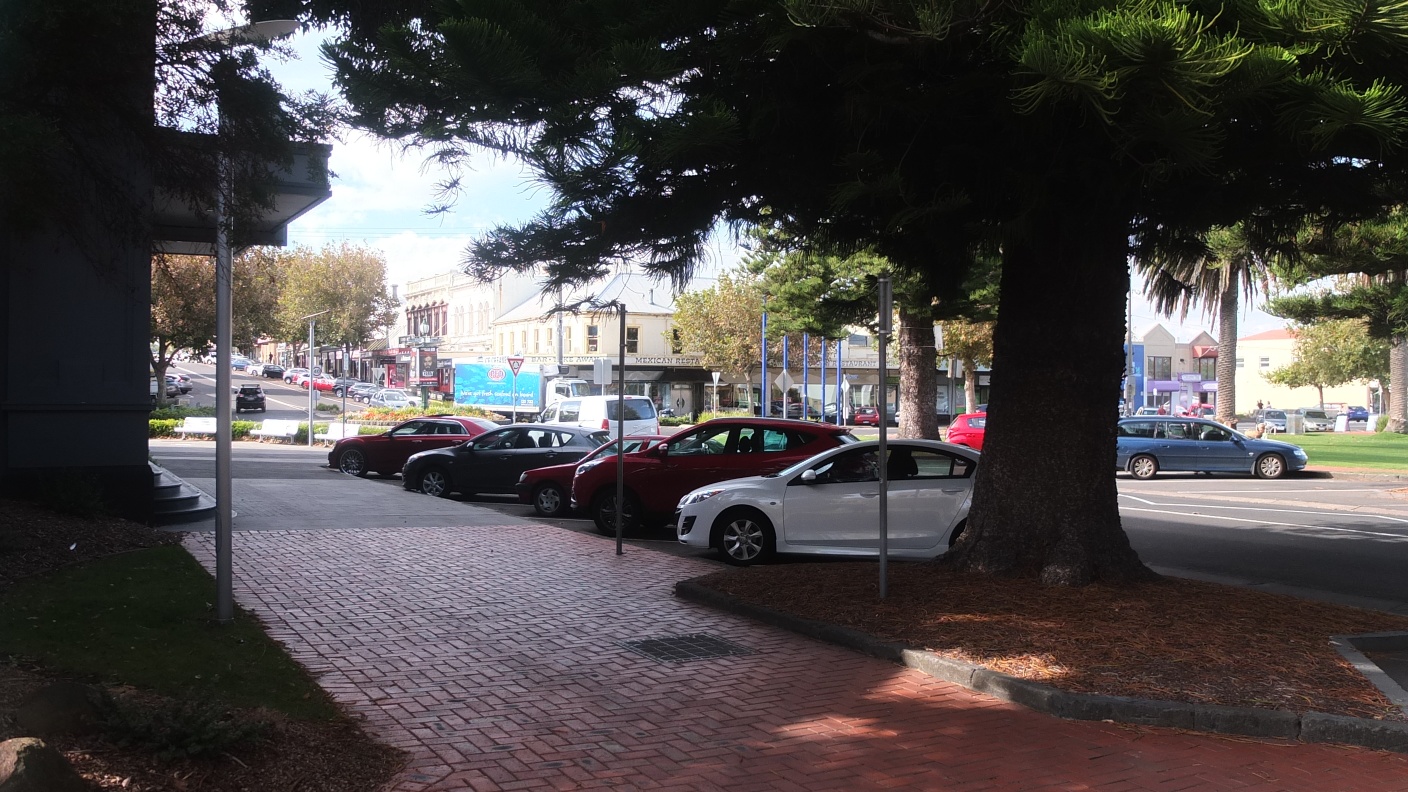 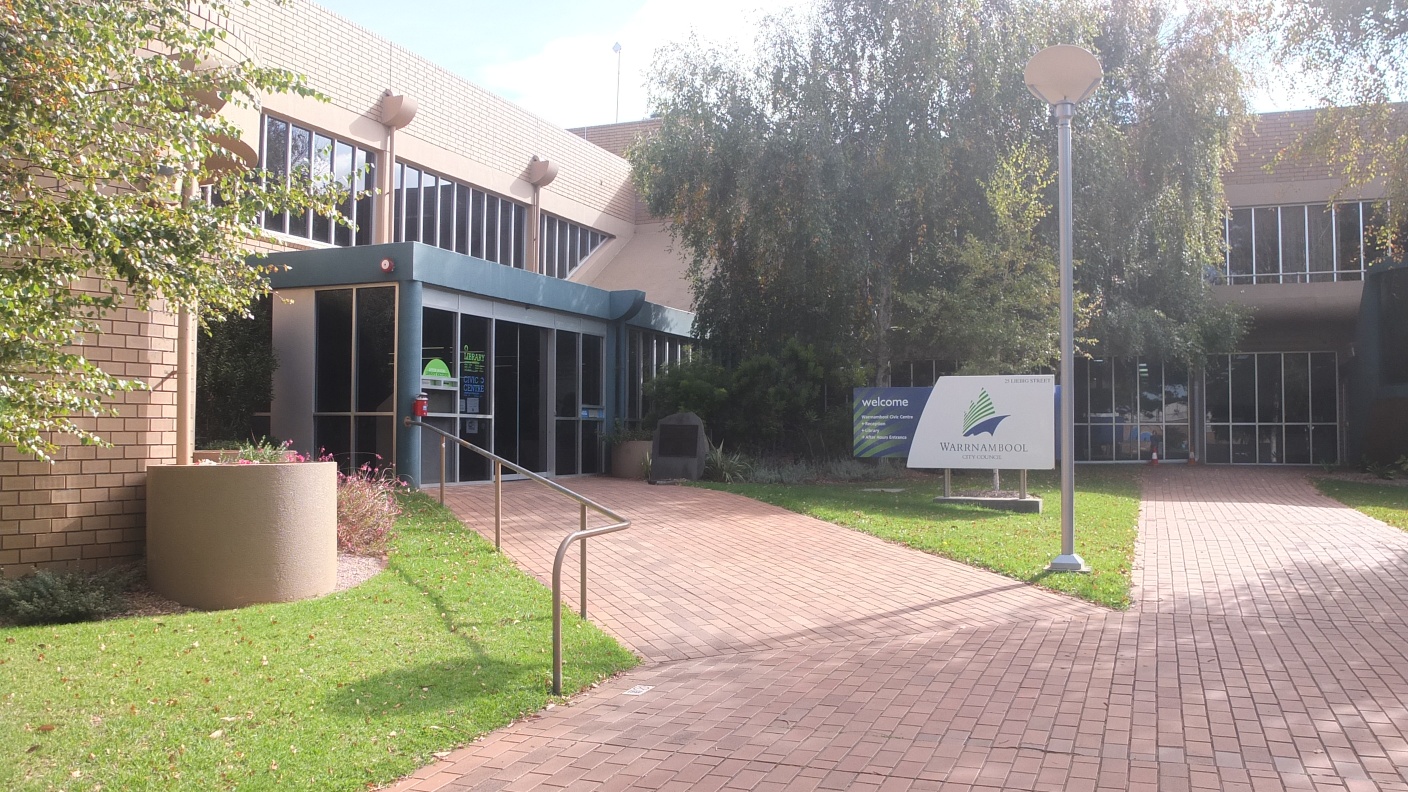 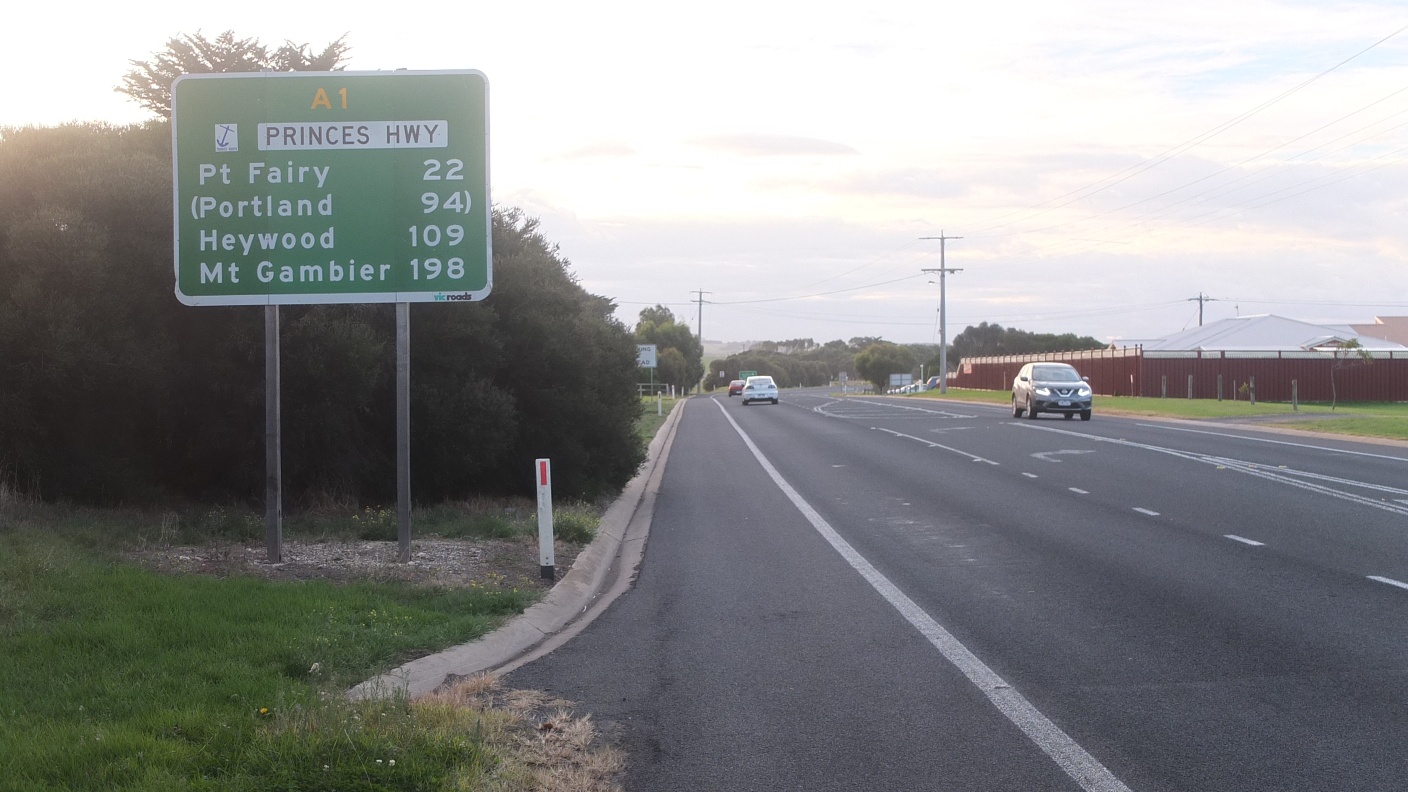 Cool the library is open :-) 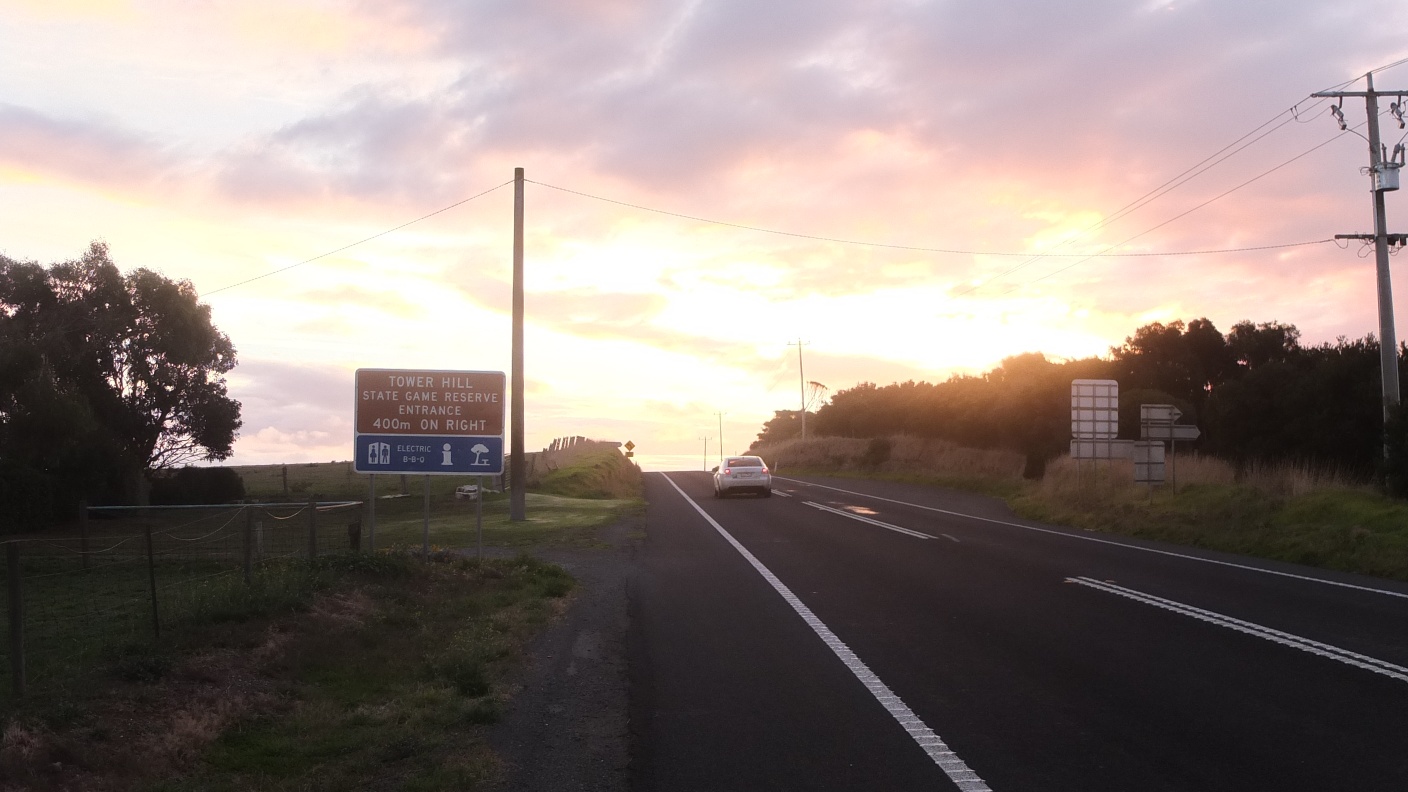 After 2 hours spent in the library and a short trip in Woolies, I’m back on the road towards Port Fairy. I’ve got about 30km to go but the wind is still against me today… 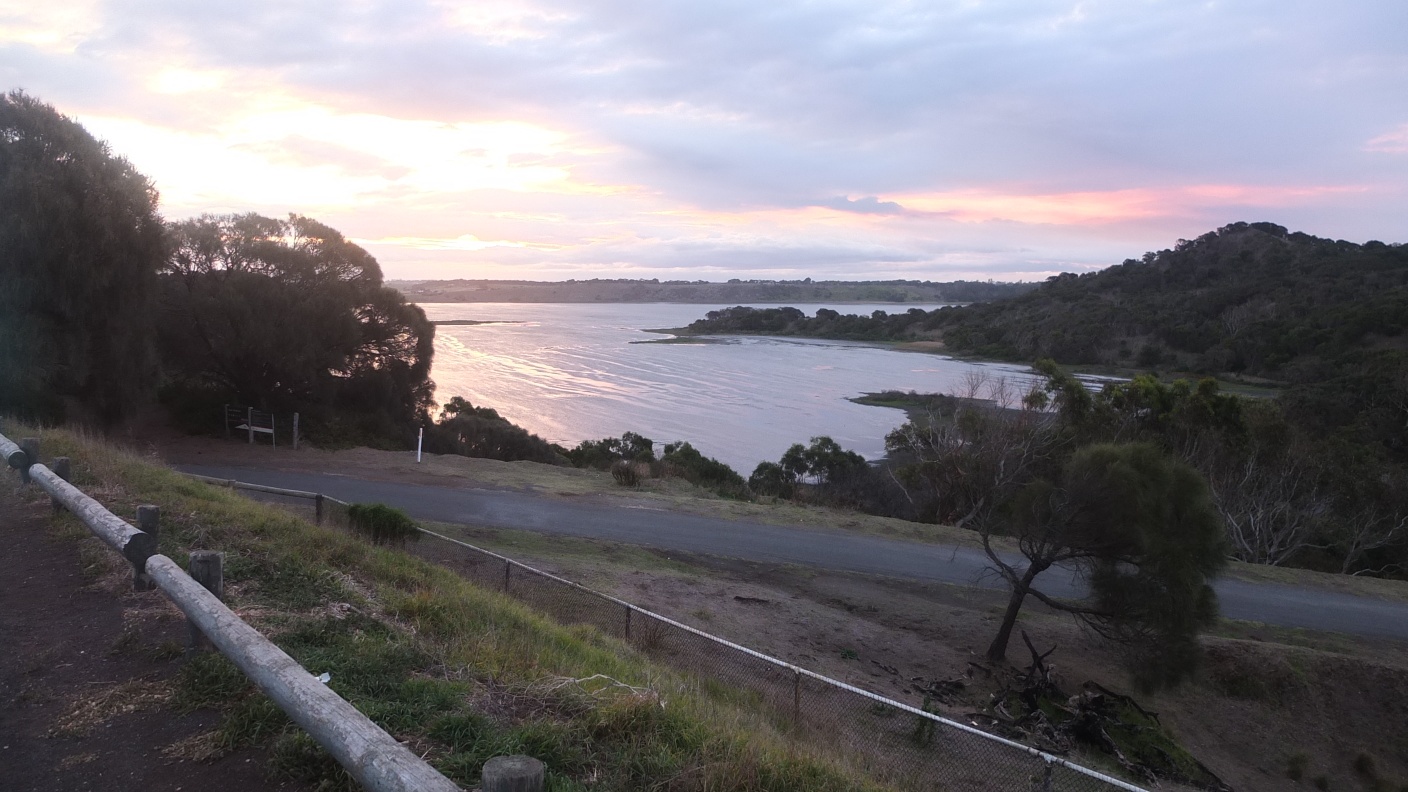 This is the last hill of the day, then it’s barely flat. Would be much better without wind… 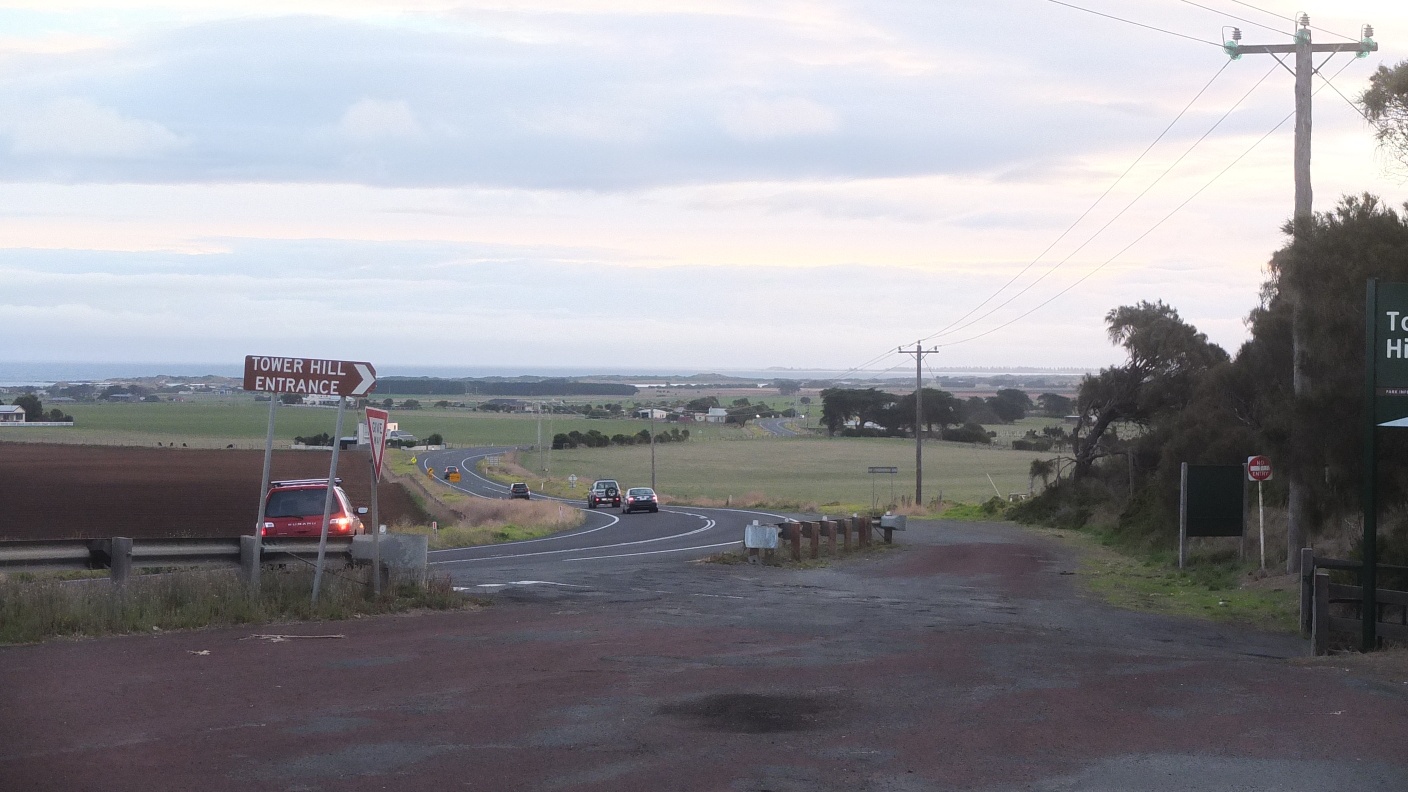 Just a break after the hill. I’m about halfway now. I think I will arrive in Port Fairy at night but as usual I’ve got my lights and jacket so I will be fine. 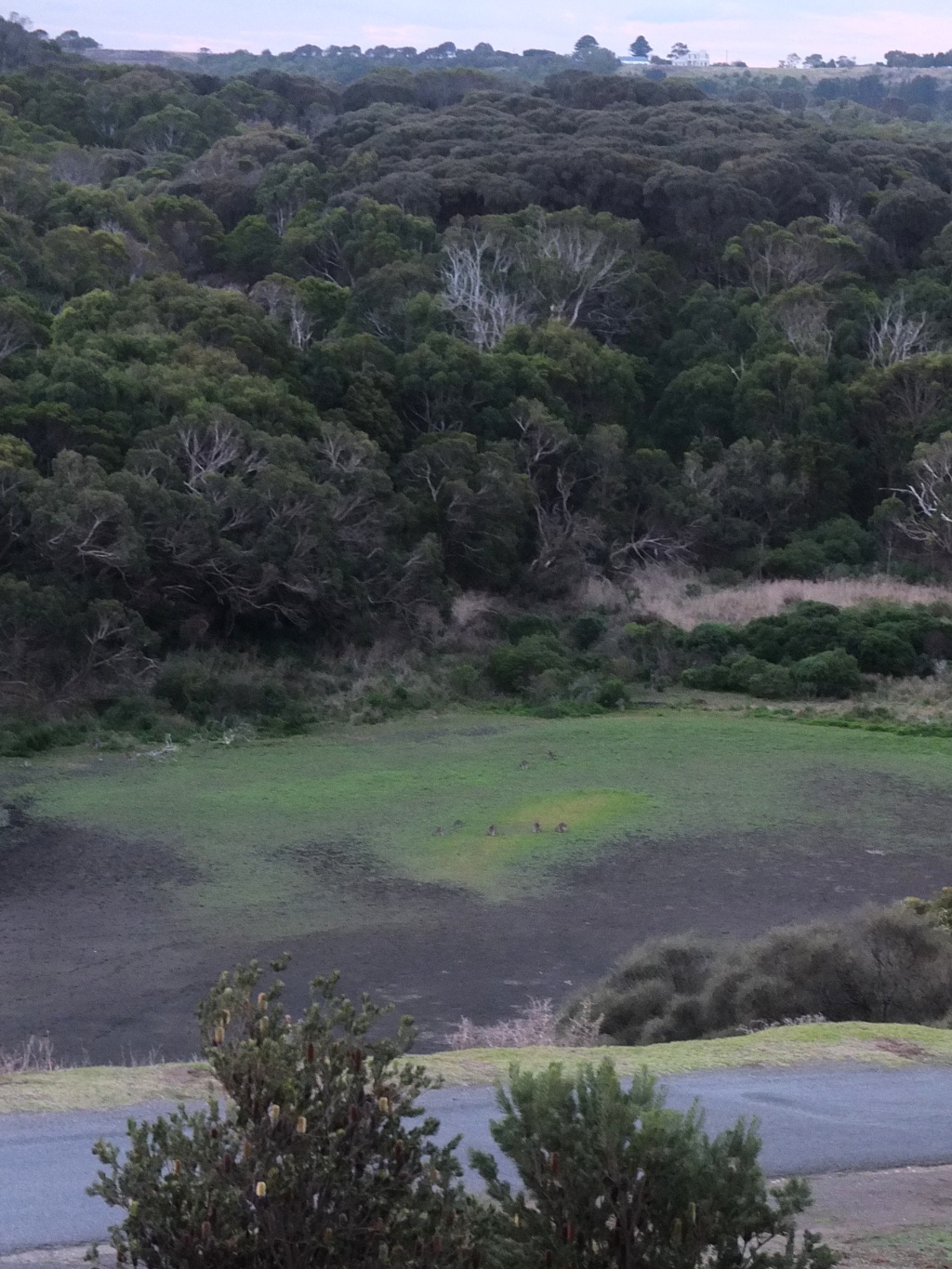 Hey, there is some Kangaroos down there on the grass. And I’ve seen an emu as well. This park is alive even if the highway is very closed.

I’ve finally done the last 15km of this day and it wasn’t the easiest one. I was cycling at night, against the wind (to change) and with a light rain which become thinker 1km before the city center… I had to stop under some trees and wait few minutes. Finally the rain stopped and I could continue my way to a park where I found a spot under big trees, very well hidden. Few!