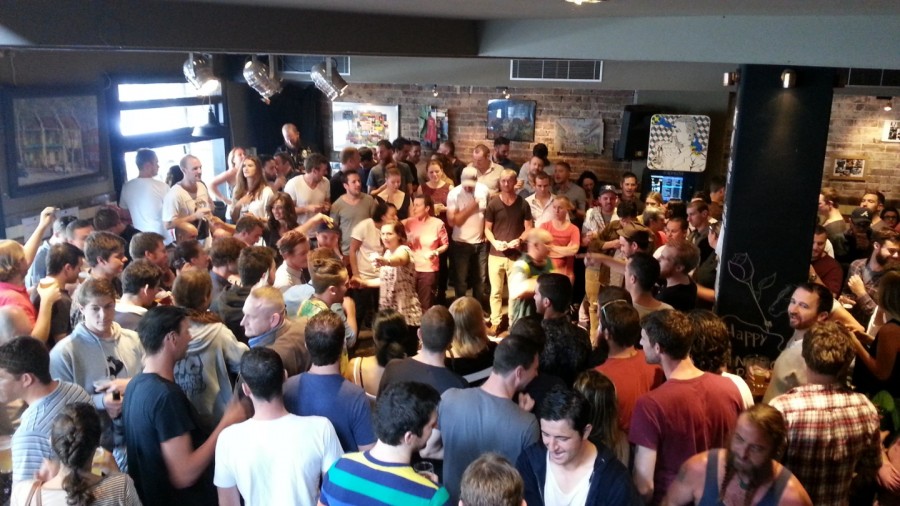 Every year, on April 25th, Australia and New Zealand commemorate the landing of the Anzac at Gallipoli in 1915. And this unique day also offer the opportunity to play “Two Up” a gambling game. In Newtown, some pub participate to the event and Robin proposed me to have a look and be ready to loose 20$. 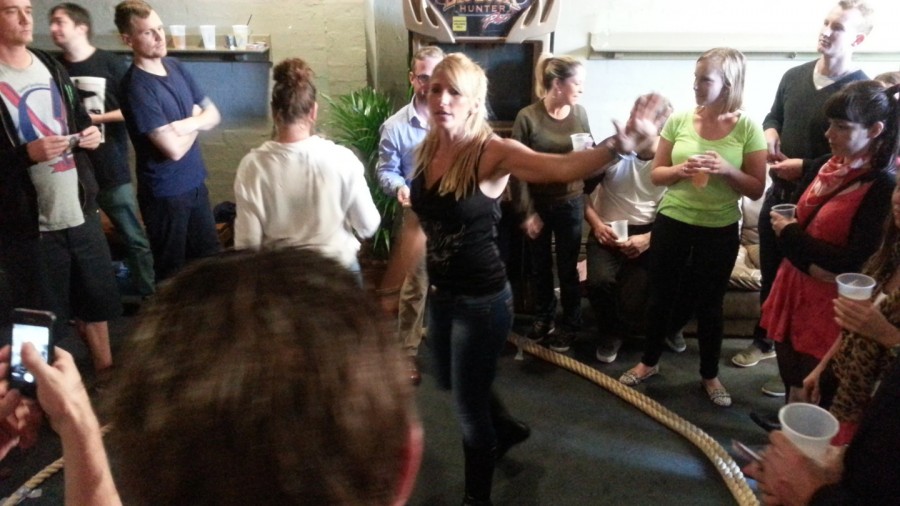 The game is quite simple and use two coins. The participant form a circle. Anyone choose between “head” (face) or “tales” (pile) and bet 5$, 10$, 20$ etc with someone who chose the opposite face. Then the “Spinner” (role taken by any one who wants) through the two coins in the air and wait for the result. If the coins are different (one tales and one face) nobody win and the spinner through the coins again. If two “heads” appear, each person who bet “head” win and same for “tales” of course.

The game is much more revelant in Video ;-) and much more noisy as well! 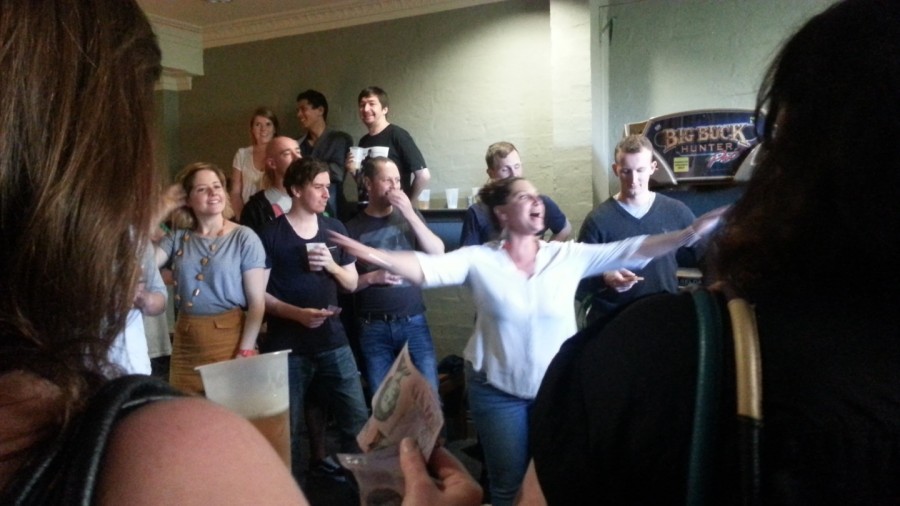 I’m usually not lucky with that kind of game but after about an hour I finally won 10$ when Robin loose 20$… Arf! All along the game, “Tales” was the face which appear the most so I bet always on the same one. Even on time, I bet against a man who understood that I chose “Head”. Bah, that’s ok for this time… And I won! haha

Second part! The two women who run the event are very dynamic and handle the game with strength. They really have to shout all the time. I really enjoyed, Thanks Robin :-) 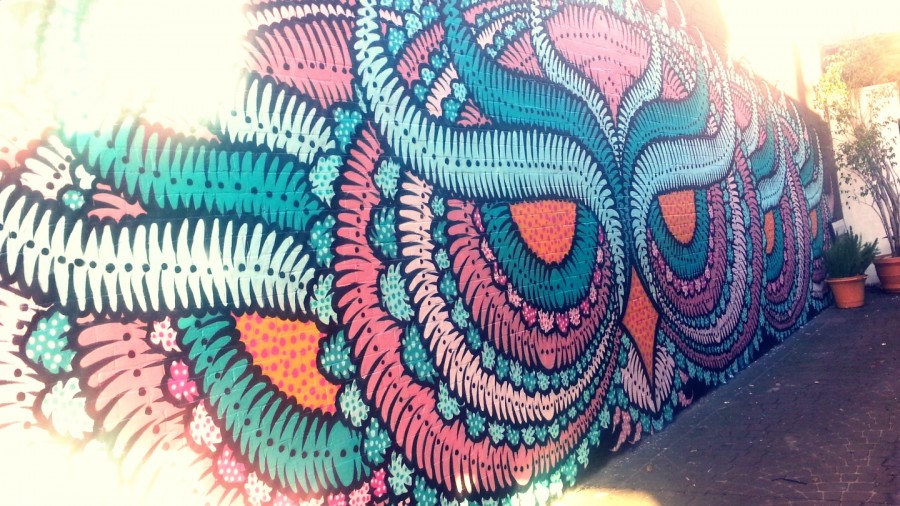 On our way back home we did a small detour to see how looks the wall who paint Nico, a street artist I met with Wendy about a week ago. It look very nice!

2 thoughts on “Newtown, Anzac Day, playing Two Up with Robin”