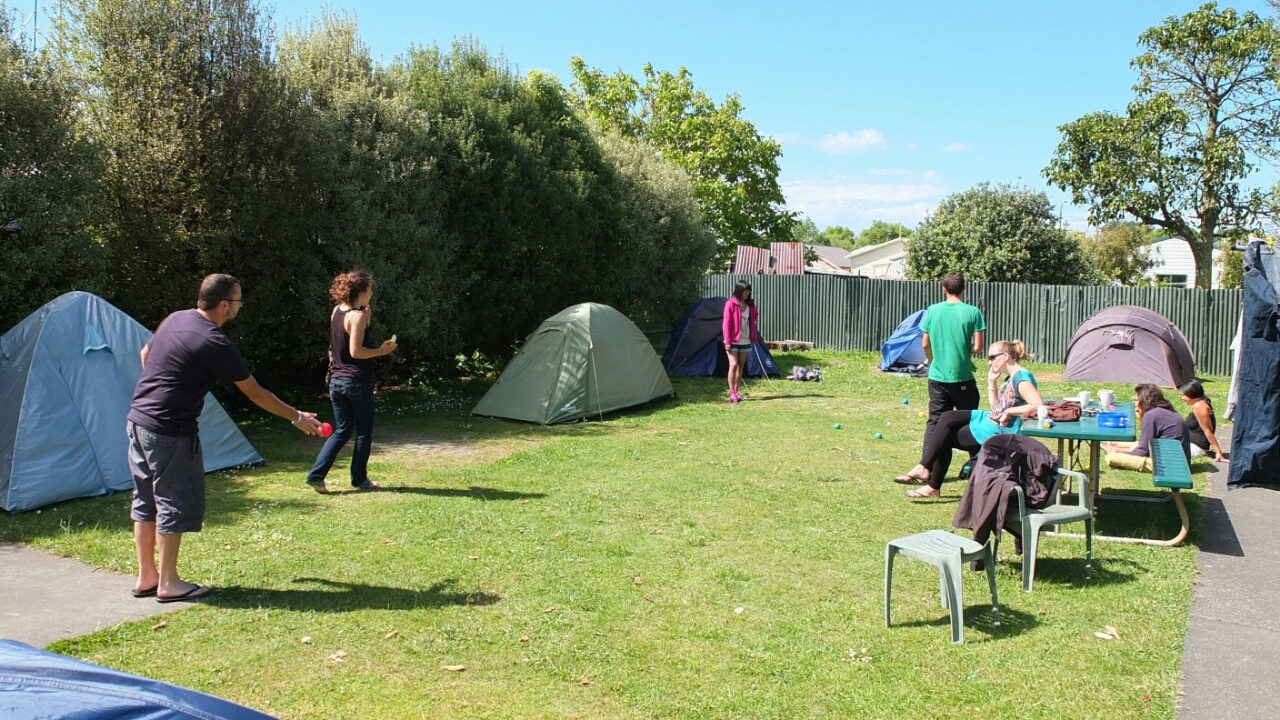 Today is a sunny day and the French team decide playing “pétanque” amnd someone is playing piano in the house : the song is “Amélie Poulain”. OK, we are no longer in New Zealand now… 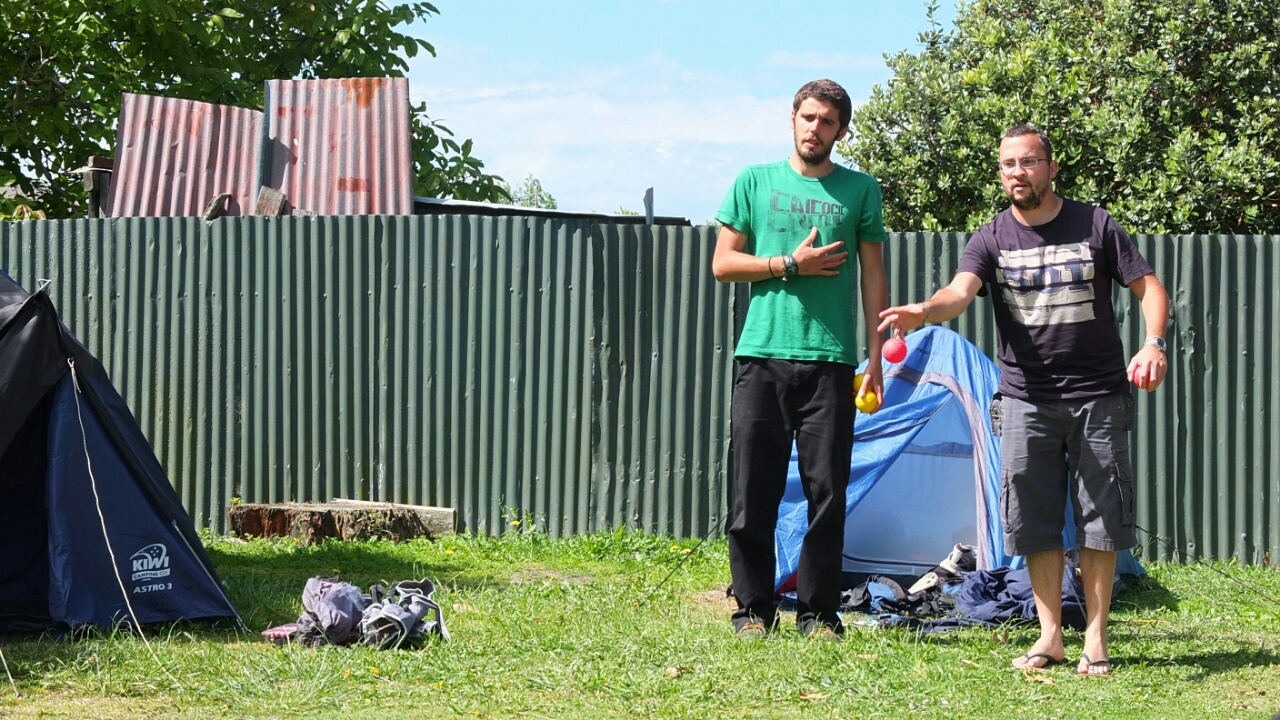 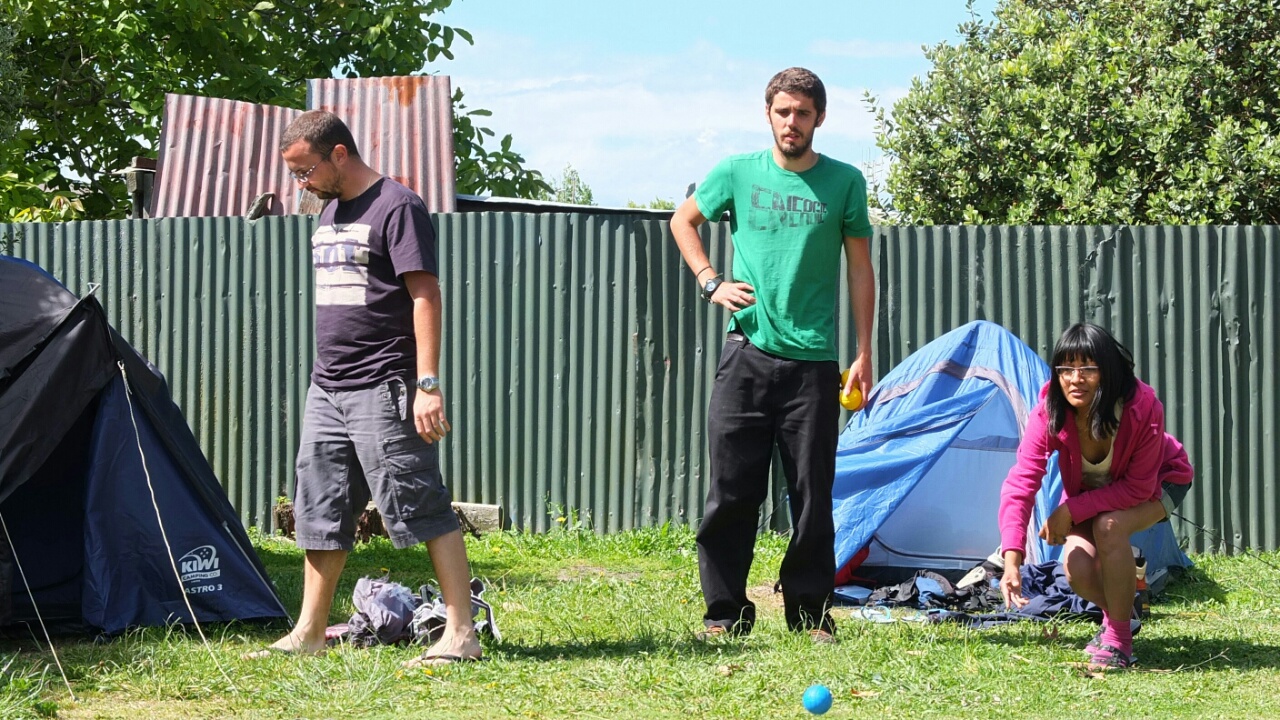 Philippe, Thomas and Riki. It’s a competition, Everybody is concentrated :-) 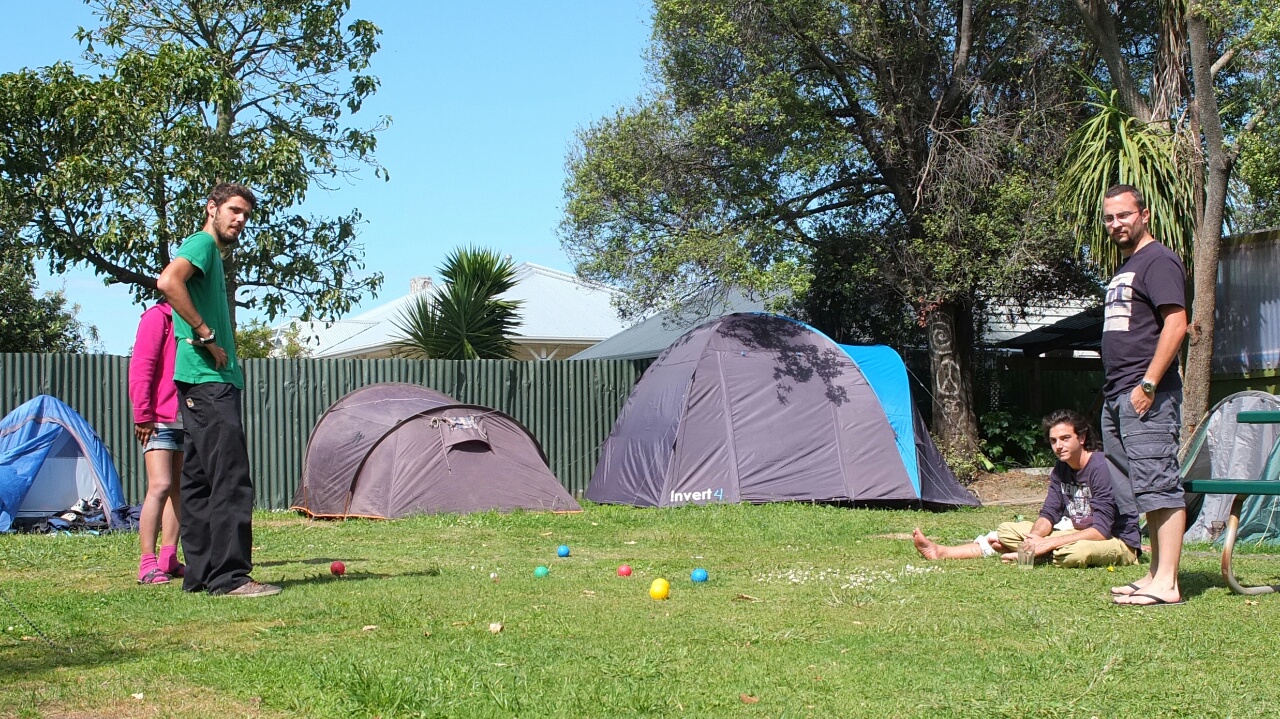 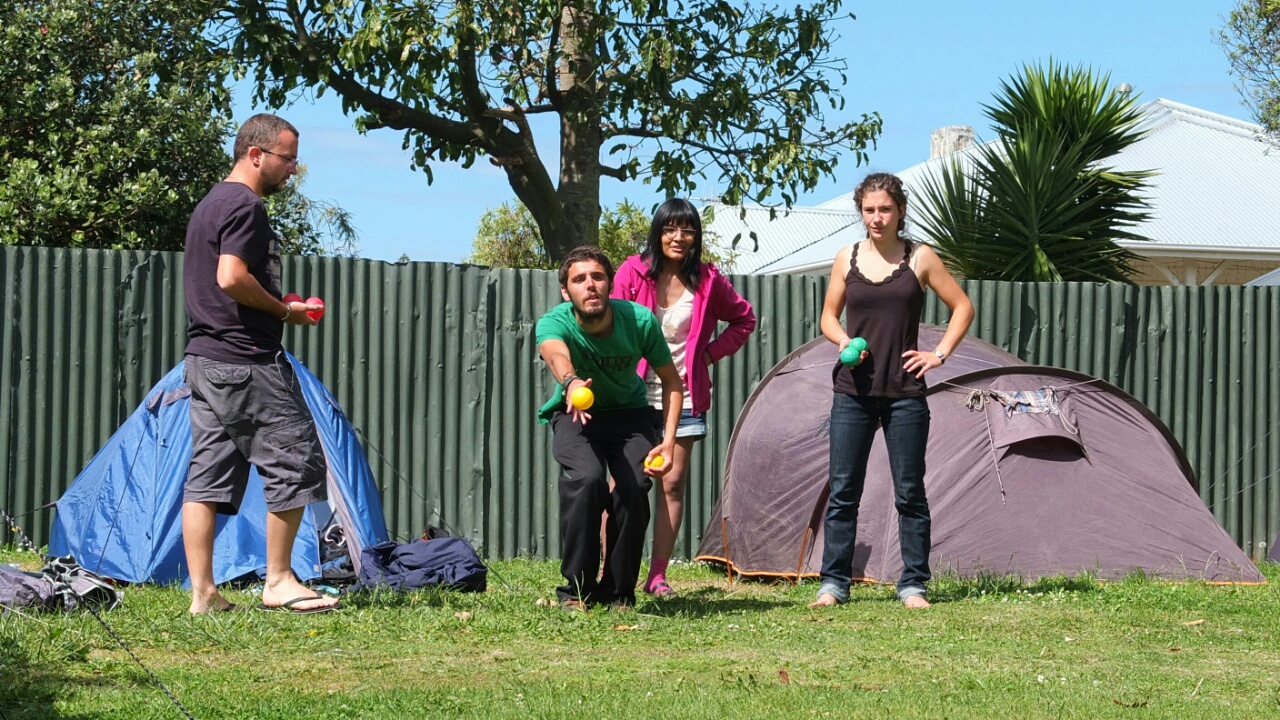 Philippe, Thomas (in action), Riki and Stella. Thomas and Stella are travelling together and few days ago, they were onto the Tongariro Crossing Track. It’s the walkway I wanted to do when I was in Taupō but the snow closed a part of the visit. I will do it later :-) 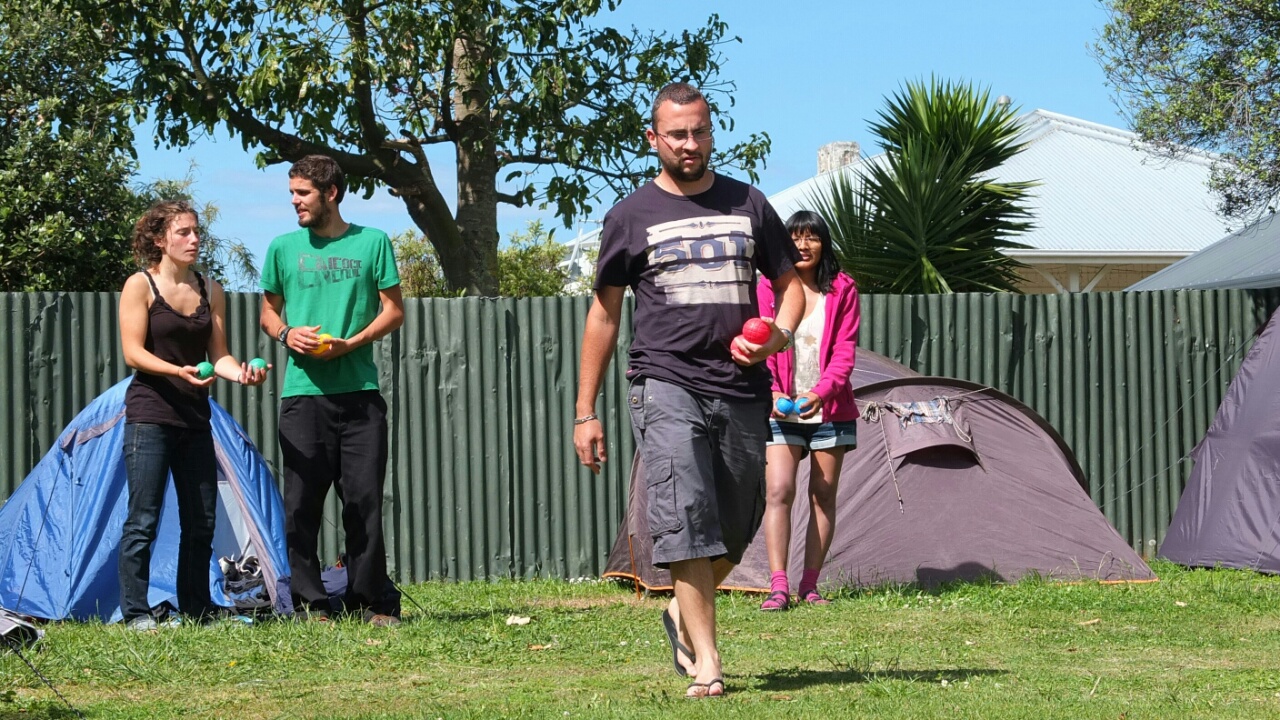 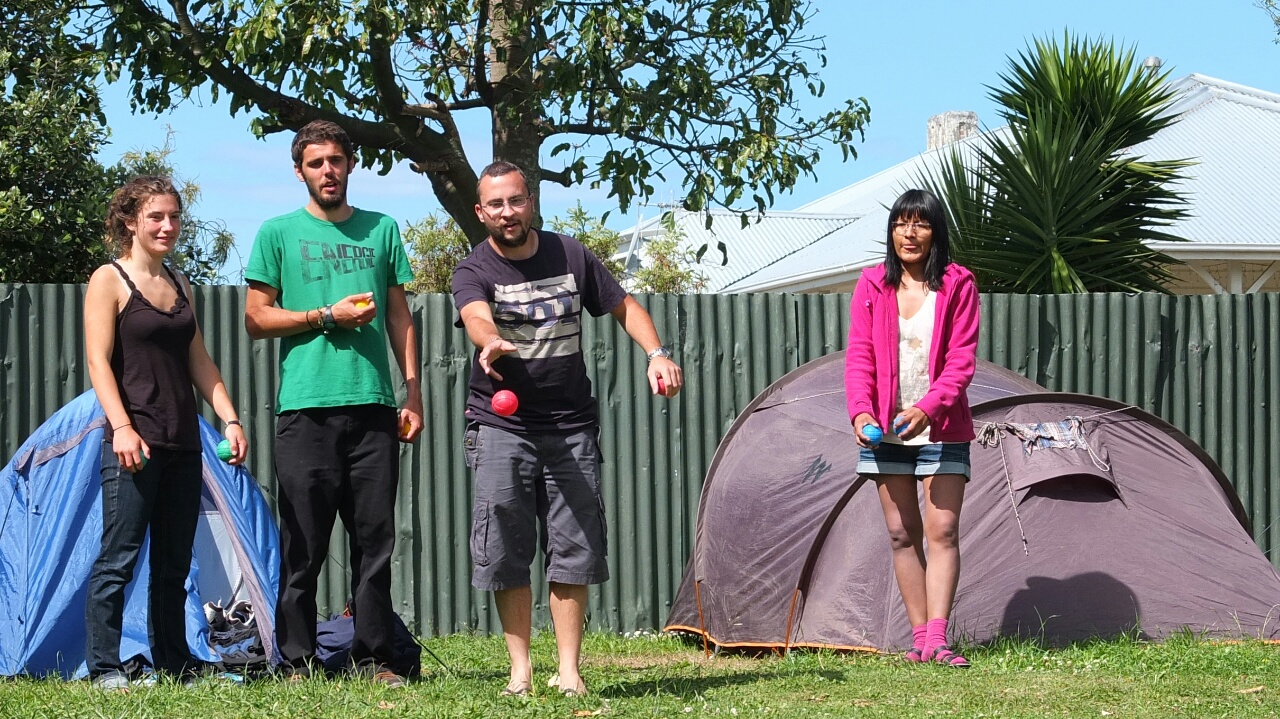 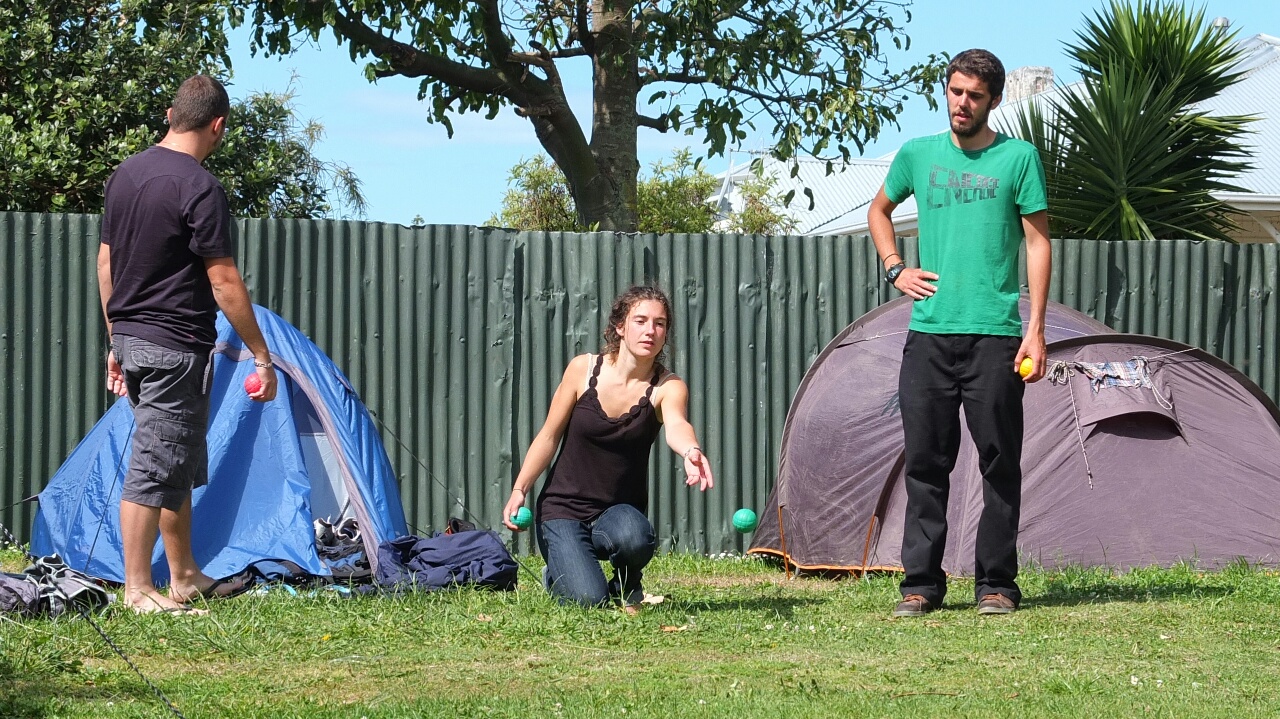 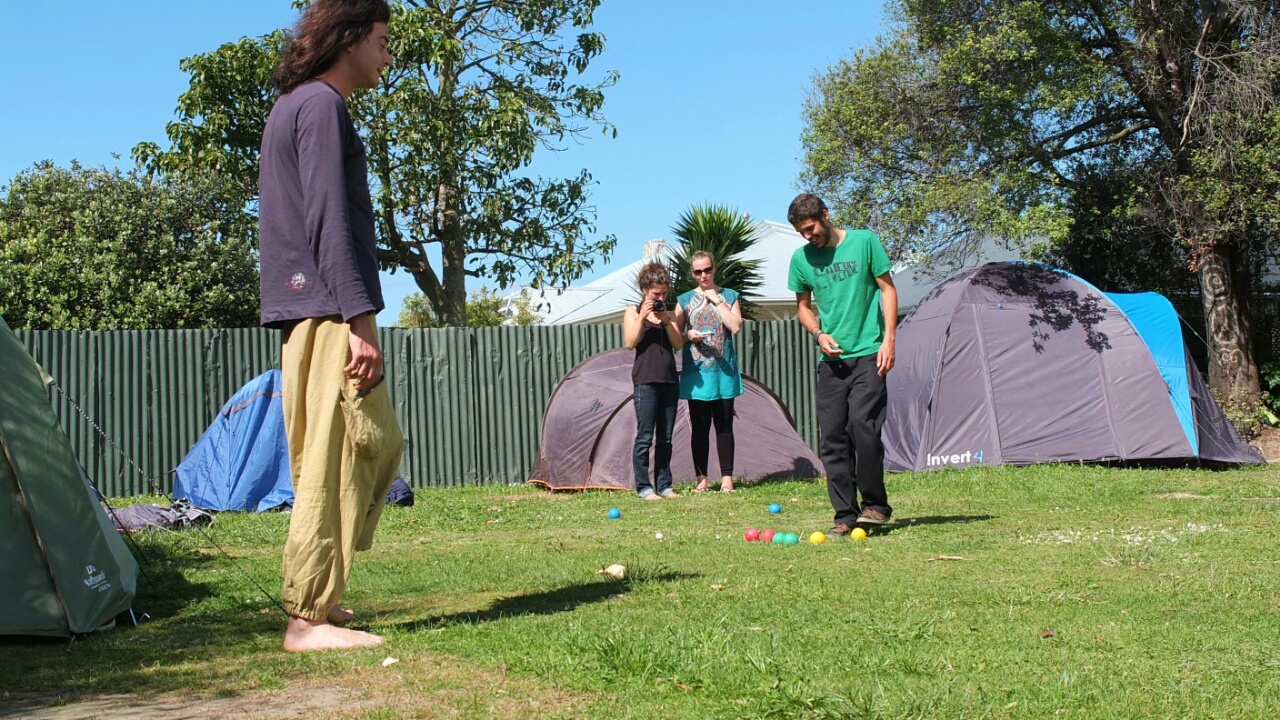 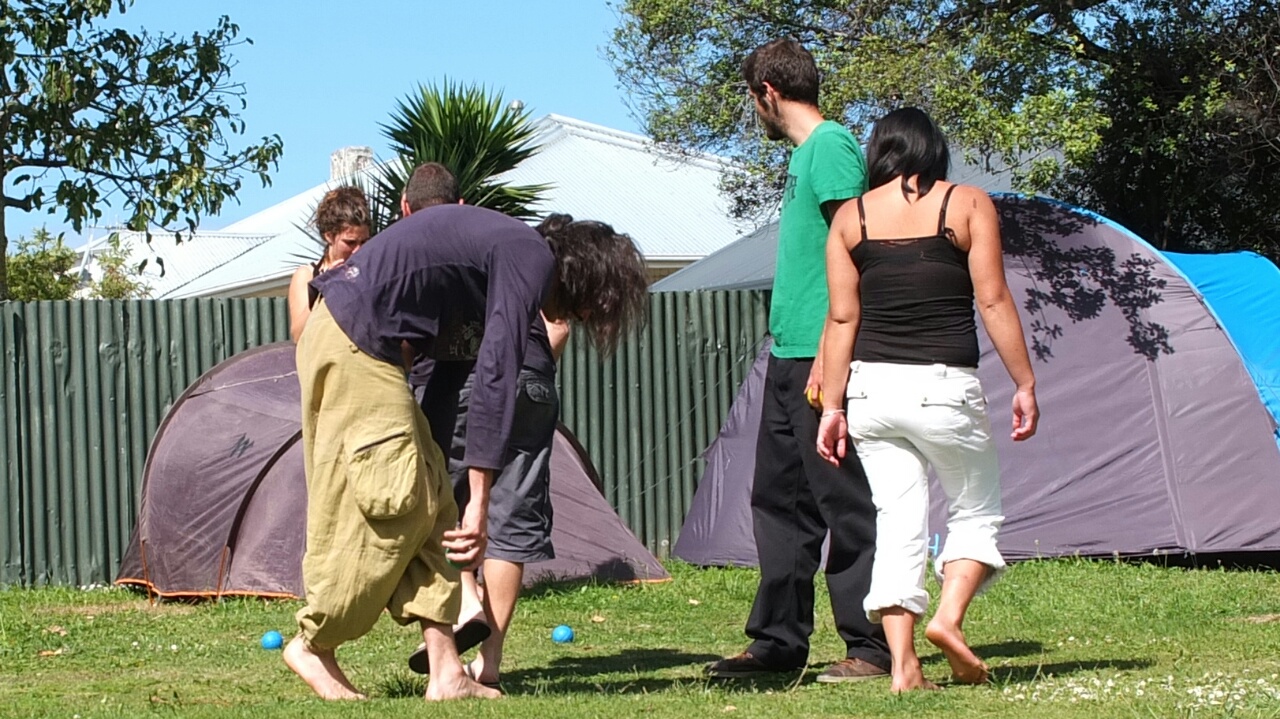 No, they are not dancing neither calling spirits :-) 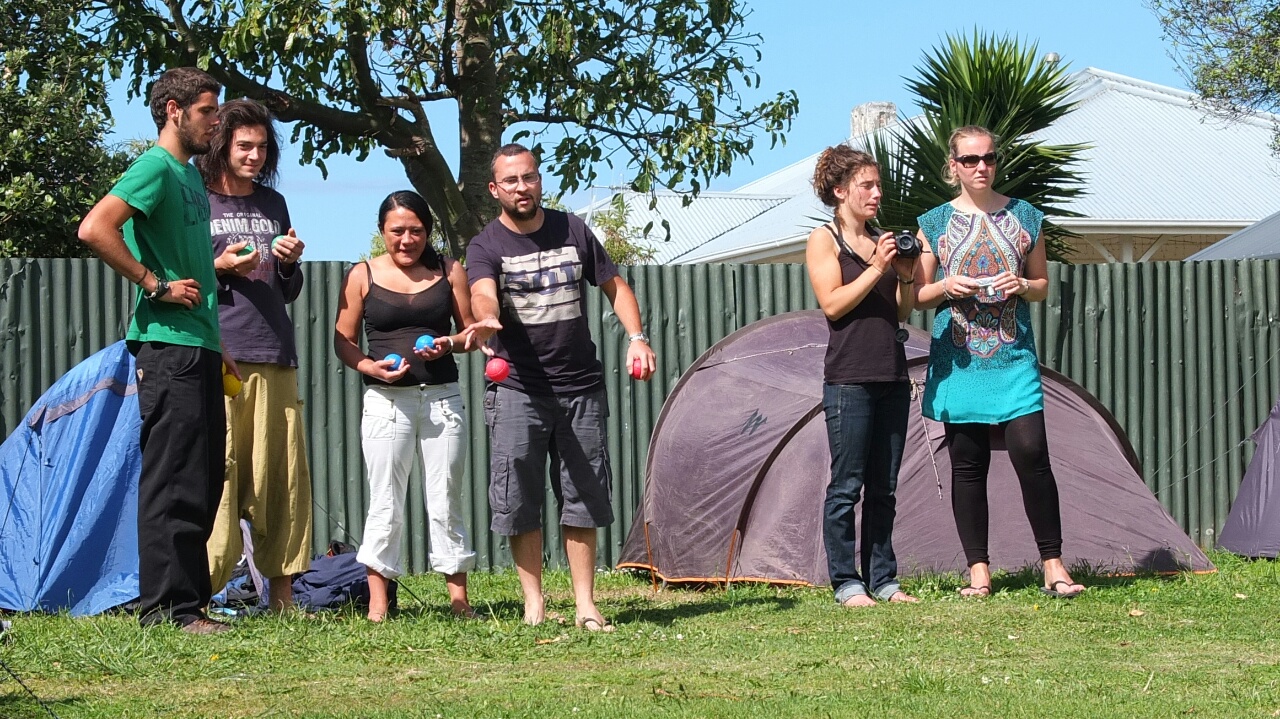 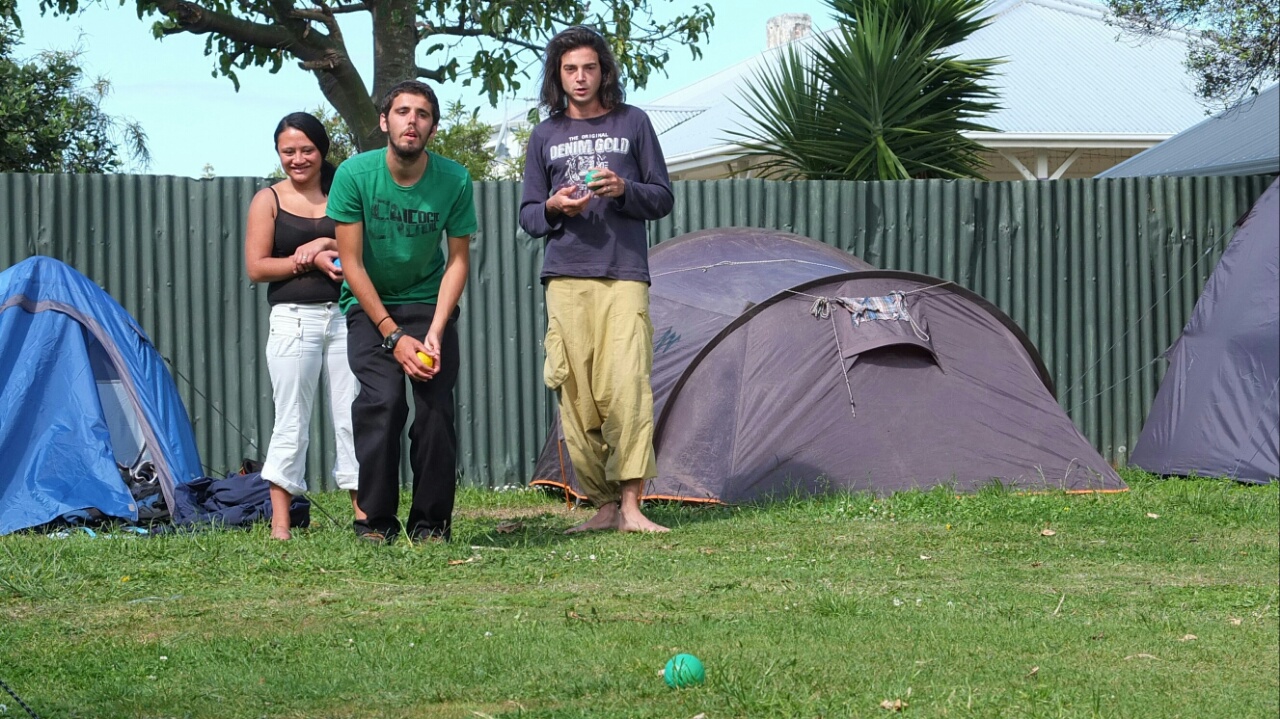 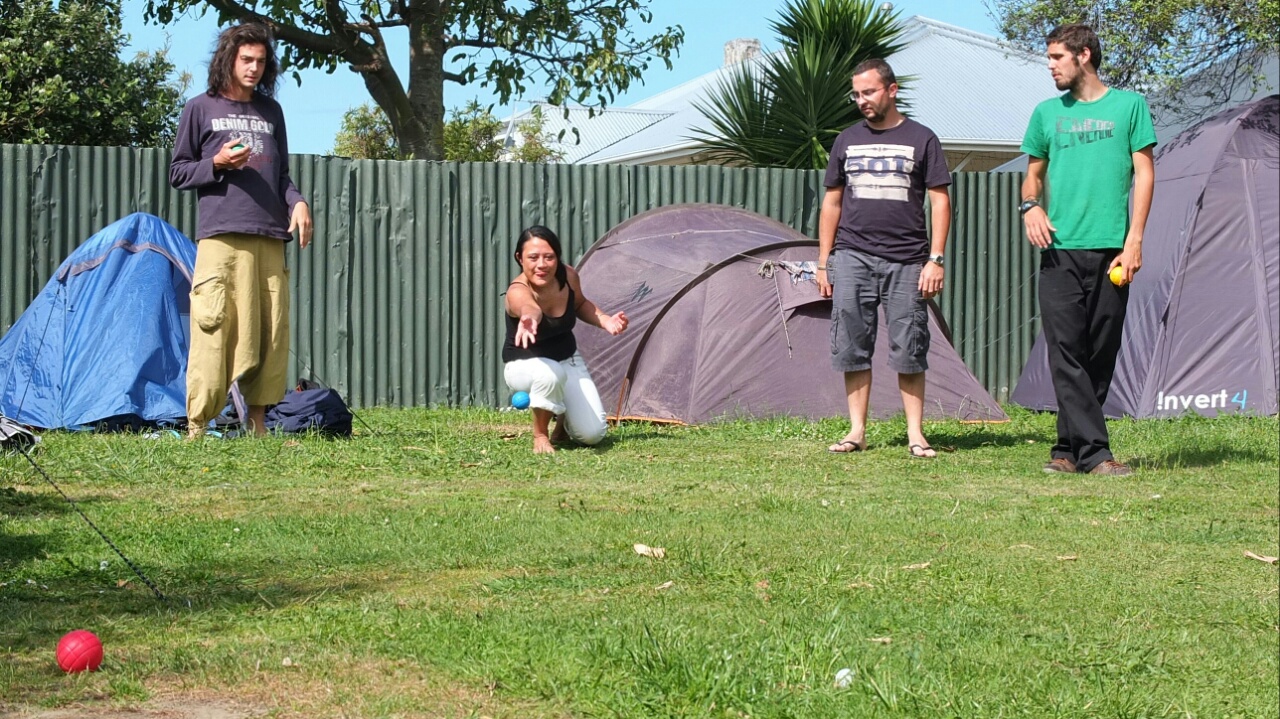 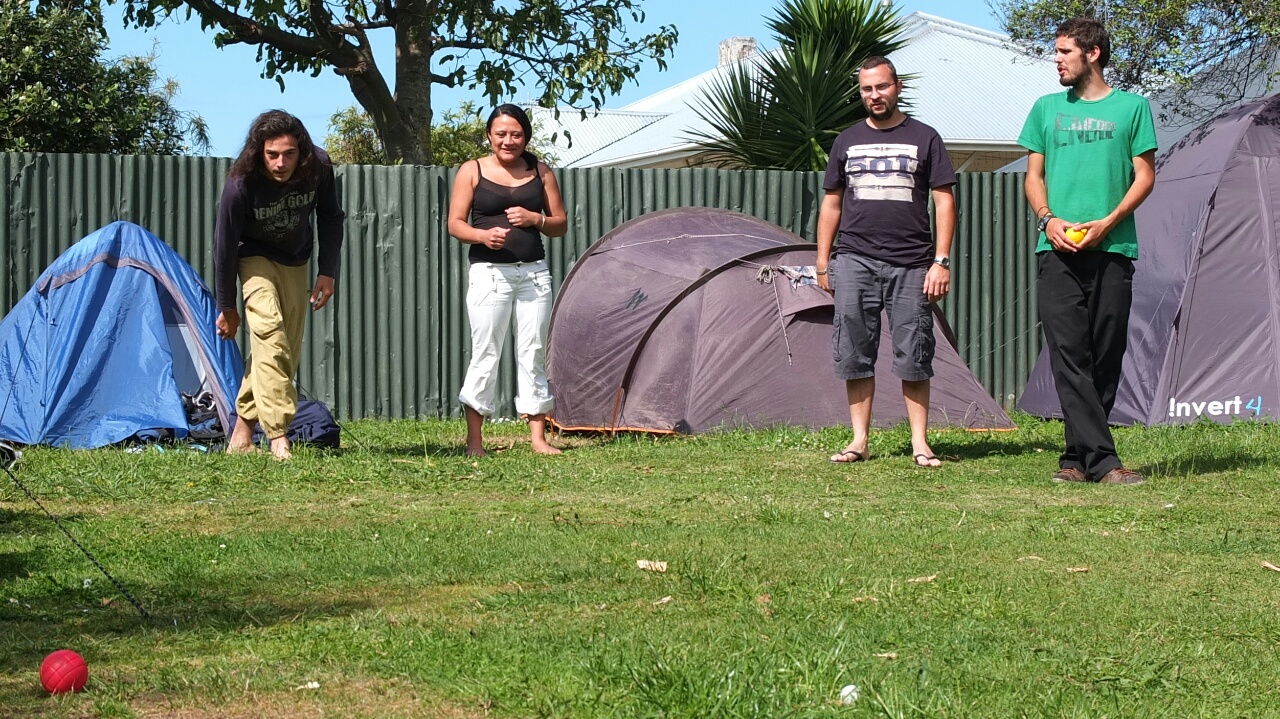 Arnaud in action with a different technique :-) The grass is not flat and with that kind of balls it’s a reel challenge but we enjoyed :-) 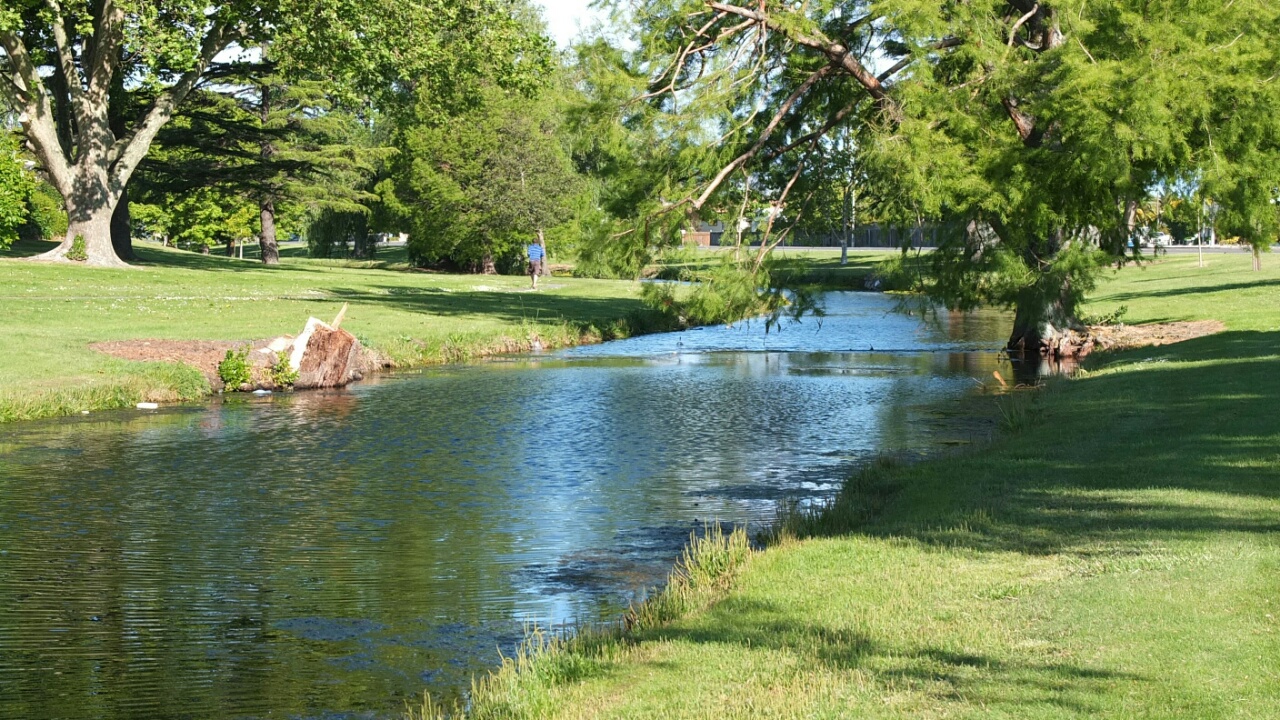 Because he weather is nice today, it should be a pity to stay in the camp. So, hop, a bicycle turn in the city :-) 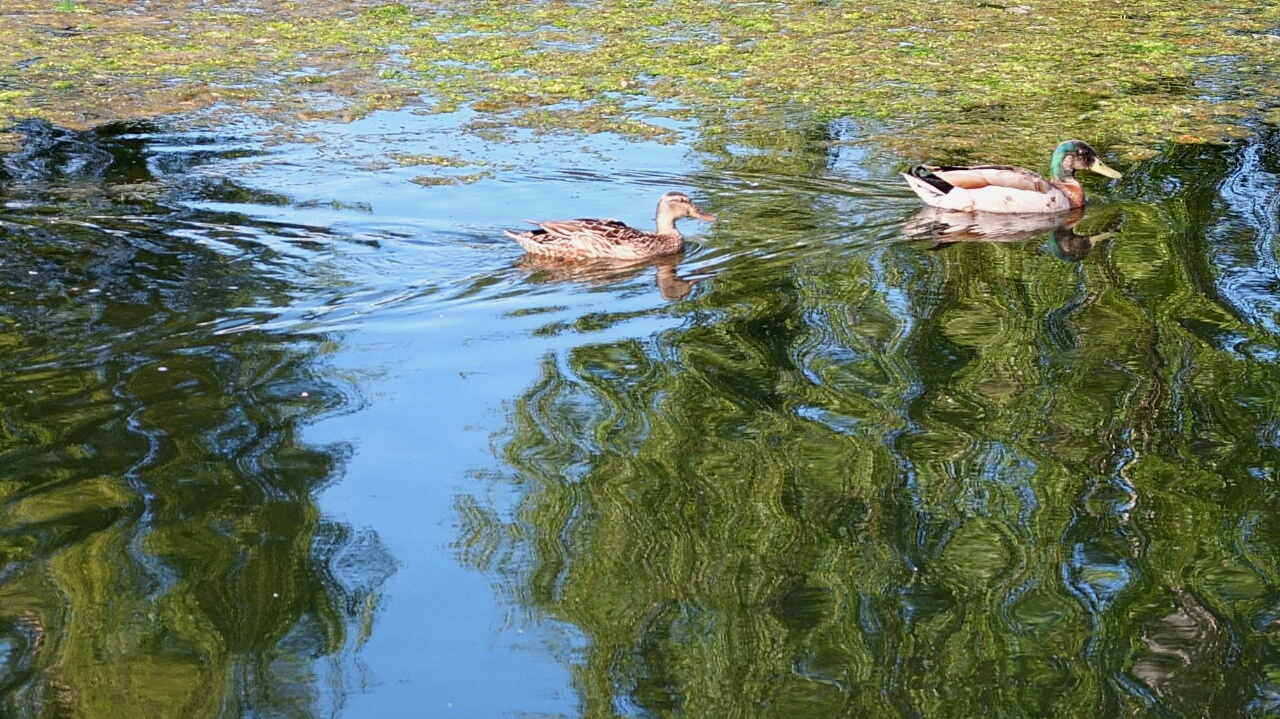 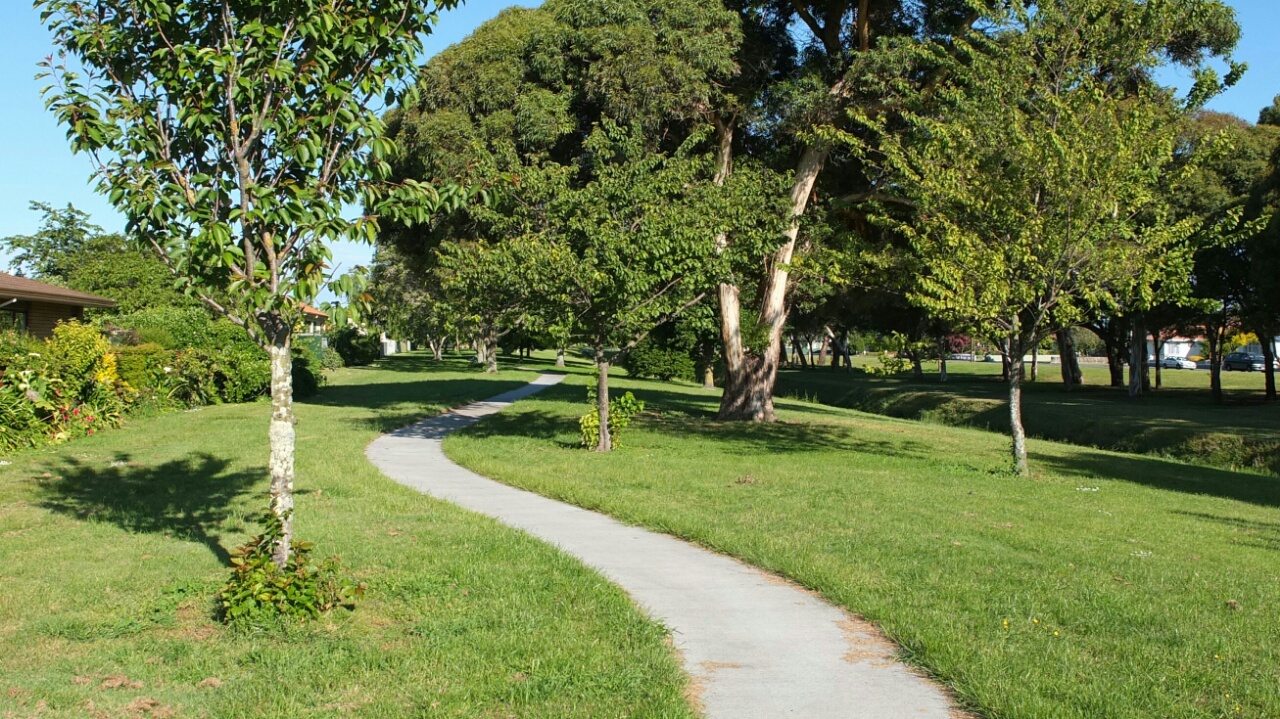 It’s something like 5 minutes by bike from my temporary place and we feel like we are in nature. That’s a nice day, see ya :-)