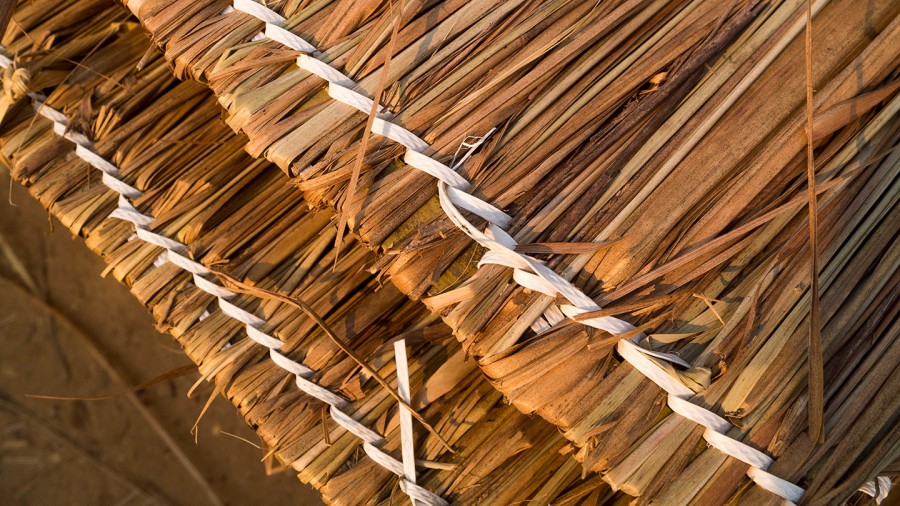 Today we finally reached Chiang Mai after 21 days cycling. We have done 51 km per day in average and stopped 3 days on the way. For this last day, we joined the Ping river again and followed it until the entrance of the city. The landscape did not change very much today. In fact, we avoid one more time the big roads which leads to the centre. Ours did the same but the road was nearly trafficless. 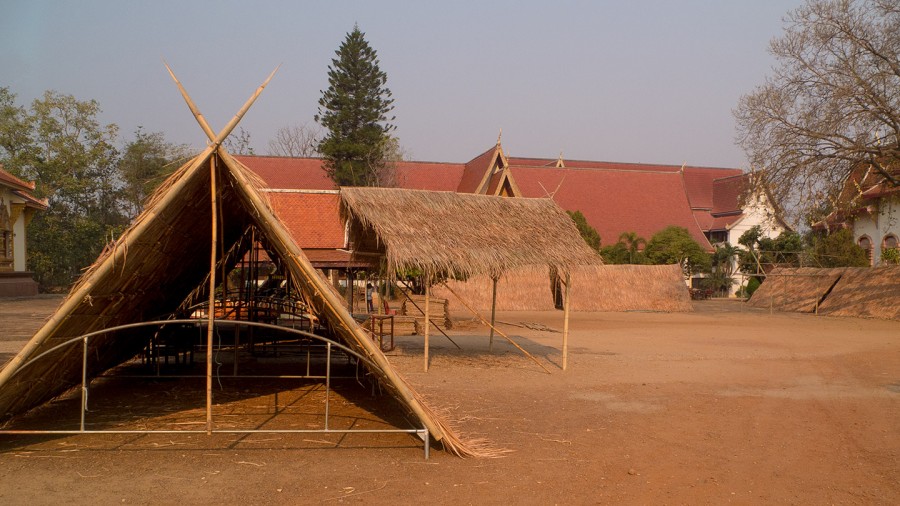 This morning, we stopped at this temple to have some food. I was not very interested in visiting this place (which looked too much like any other temple to me) but this area has something I can learn from. 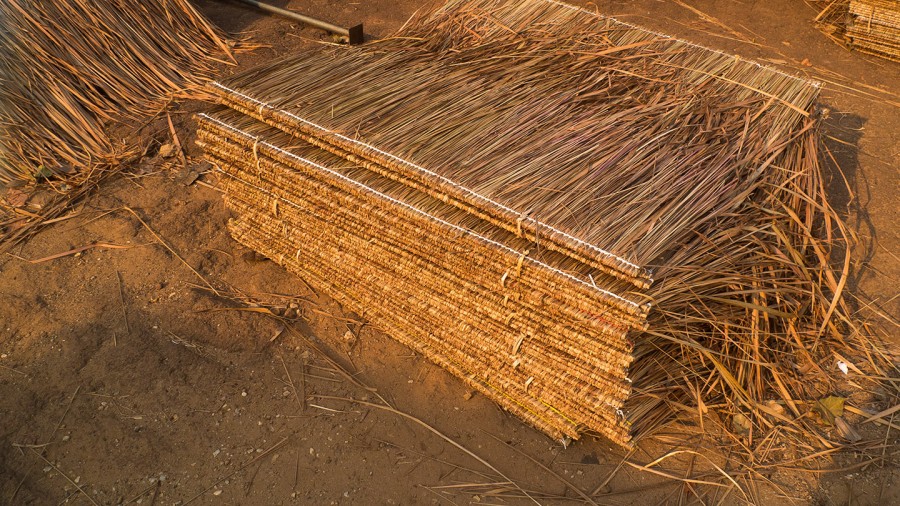 One day, I will have to try to make one roof like this so let’s take some pictures to remember the process :-) First, “they” (the workers) create those “tiles”, which is the most important part to me.

They collect the straw (I guess it’s straw), fold it around a thin piece of wood and tight everything together. 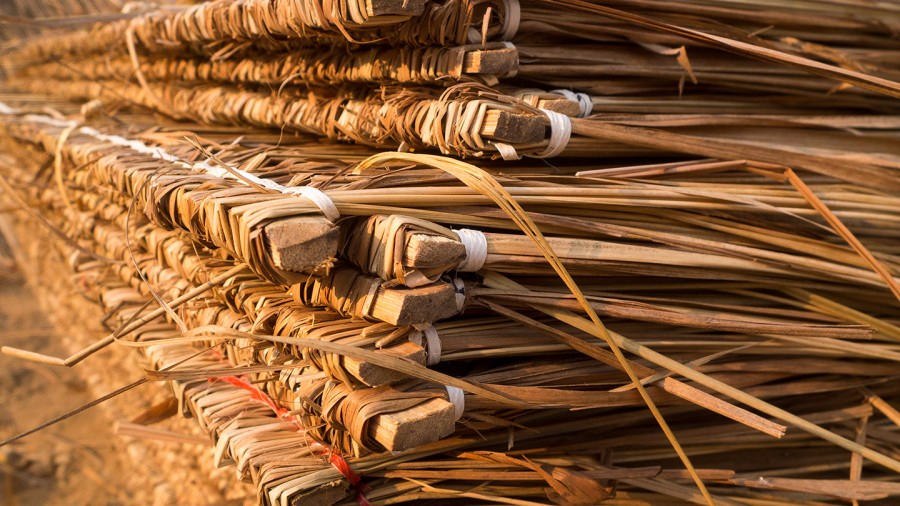 You can see better the piece of wood here. 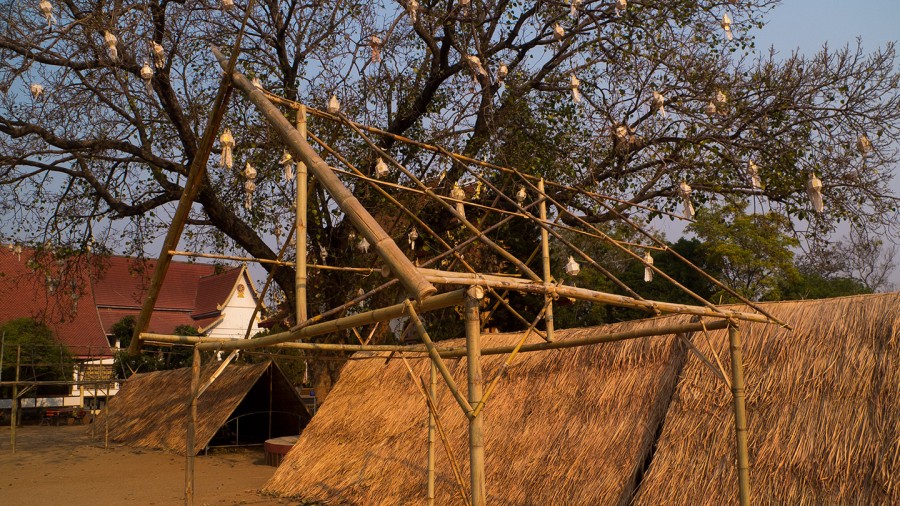 Then, that’s the turn of the bamboo frame. Concerning the big ones, “they” drill holes into them to fit one inside the other. Bamboo it very strong and flexible. For the thin ones, “they” use wire or nails. Many times I’ve seen that “they” use 2 to 4 nails on one spot. This bamboo structure looks very light. 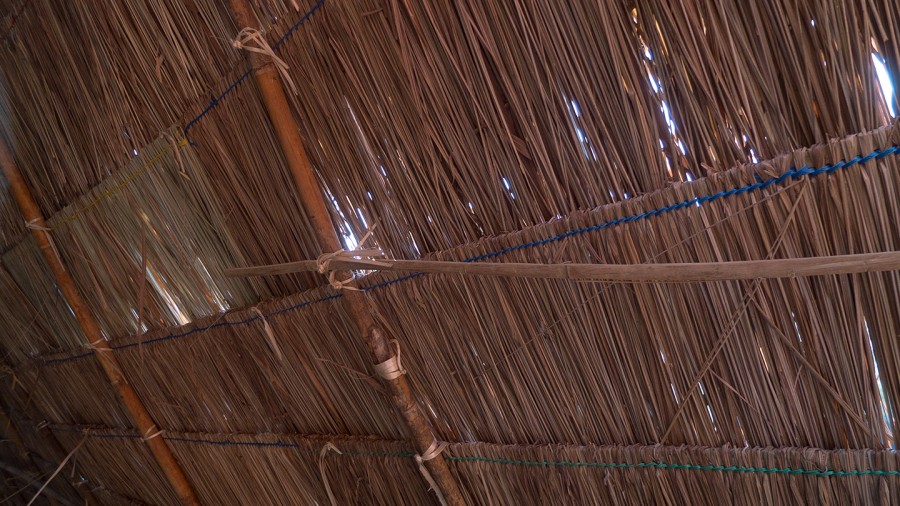 Once the frame is made, “they” attach each of the “tile”, starting by the bottom one, onto the frame. 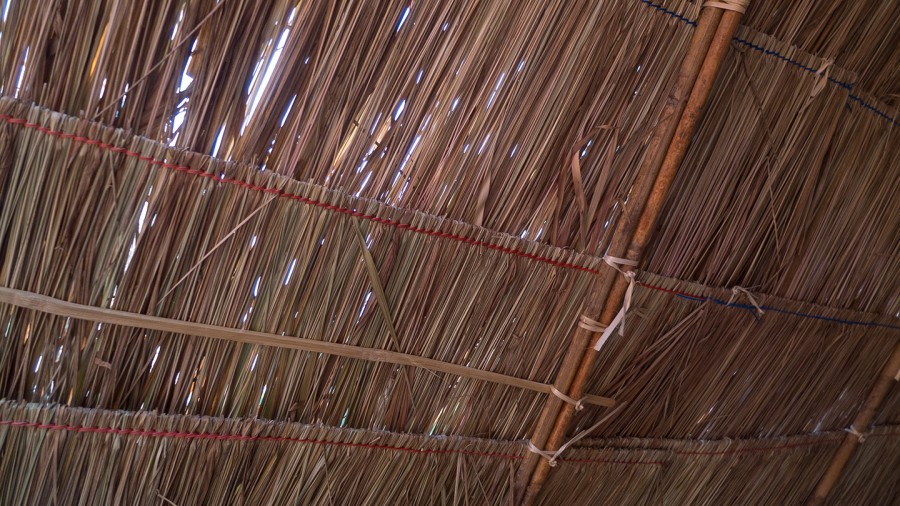 Because each of them is light, “they” can simply fix them with some ribbon. 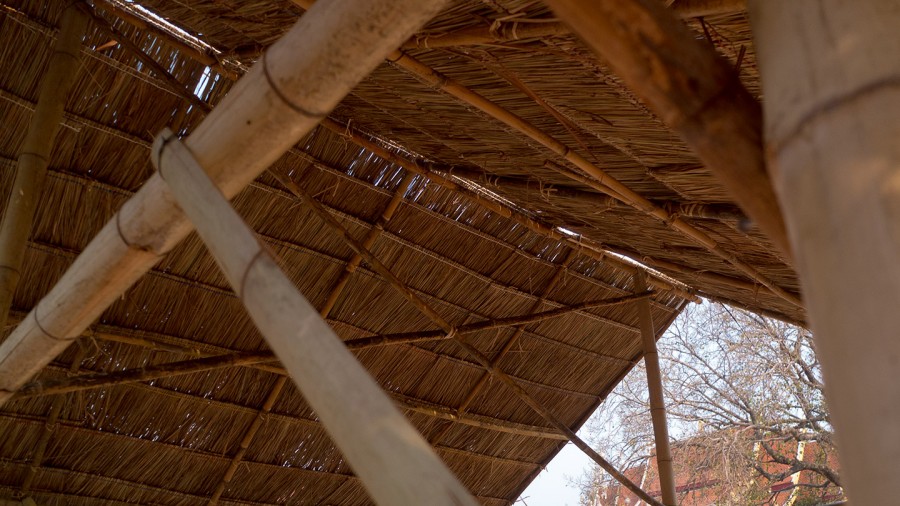 And voilà! A roof like has a lifetime of about 6 years. Beyond that, The tiles will have to be replaced. 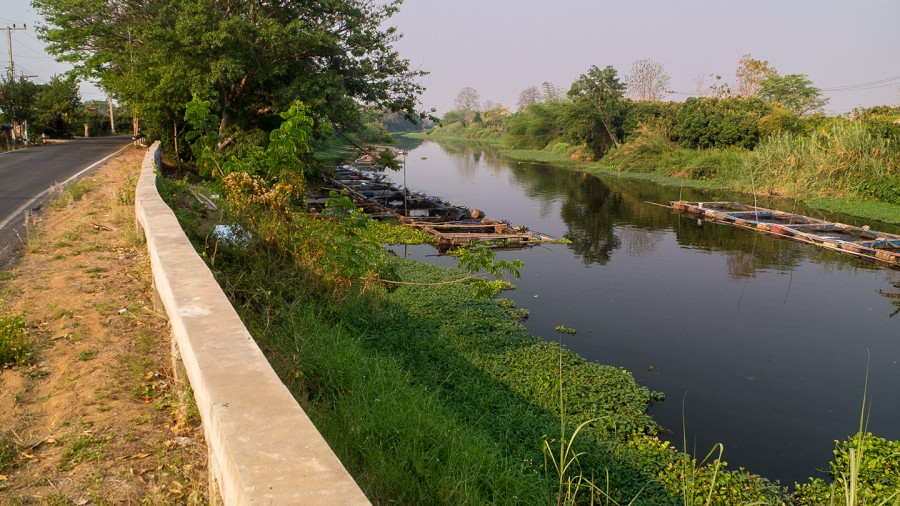 After this morning, we visited quickly some Pita’s family members and then cycled towards the Ping river again which we followed until Chiang mai. The road it flat and curvy. All the way it looked like this. 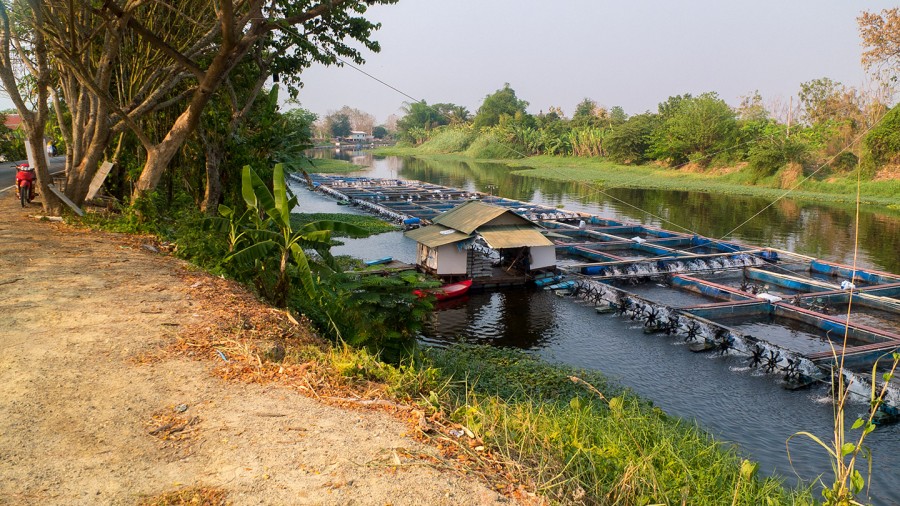 I did not take much more pictures today except this last one with the fish farms. There is a lot of them along this way. In Europe, rivers like this one would be protected against this type of fishing but here, it looks very common and normal. Nobody cares about protecting the environment really… But I understand people have to eat.

That’s it for today, at least for pictures.

Later on, we arrived in Chiang Mai where Pita met one of her school mate when she was studying here years ago. She is working now in an hotel where we are going to stay tonight and longer if we want. See ya!